Mamallapuram has long been a destination for local tourists interested in the rock temples which are scattered around the town and on the seashore, but was perhaps brought to the attention of foreign tourists more so by Rick Stein, who filmed a segment here at the Seashore Garden Restaurant, where he pronounced the snapper curry to be ‘the perfect curry’.

Being fans of Rick and his cooking, we thought we better give this a go.  Happily, the Seashore Garden Restaurant is attached to the Seashore Garden Resort, with rooms overlooking the sea.  It’s a very basic, concrete block building, but when you have a balcony looking over a garden to the sea, on a warm sunny day, a cold beer in hand and the promise of the best fish curry ever, who needs luxury digs.

The owners are not backward in exploiting the Rick Stein factor.  You couldn’t blame them.  The restaurant practically next door is called the Seashore Restaurant and someone wrote on TripAdvisor that they went there on the basis of the Rick Stein recommendation but the RS fish curry wasn’t in the menu and the fish curry they had was “the worst food we’ve eaten in India”. I can’t comment on that restaurant (and it got other reviews which are quite good) but as noted by a subsequent reviewer, as to the Rick Stein factor, that other restaurant is not the one! 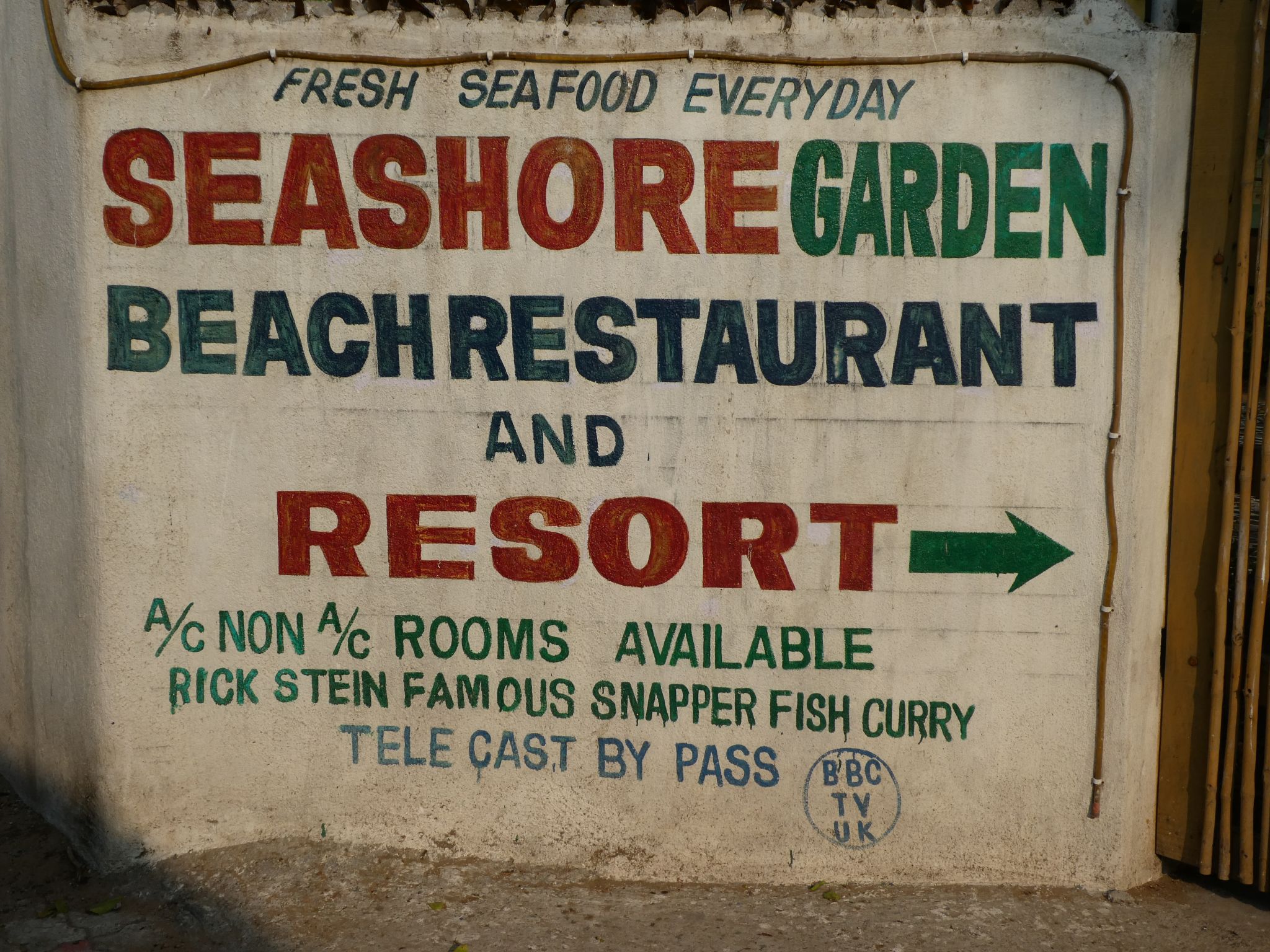 The location is unbeatable. 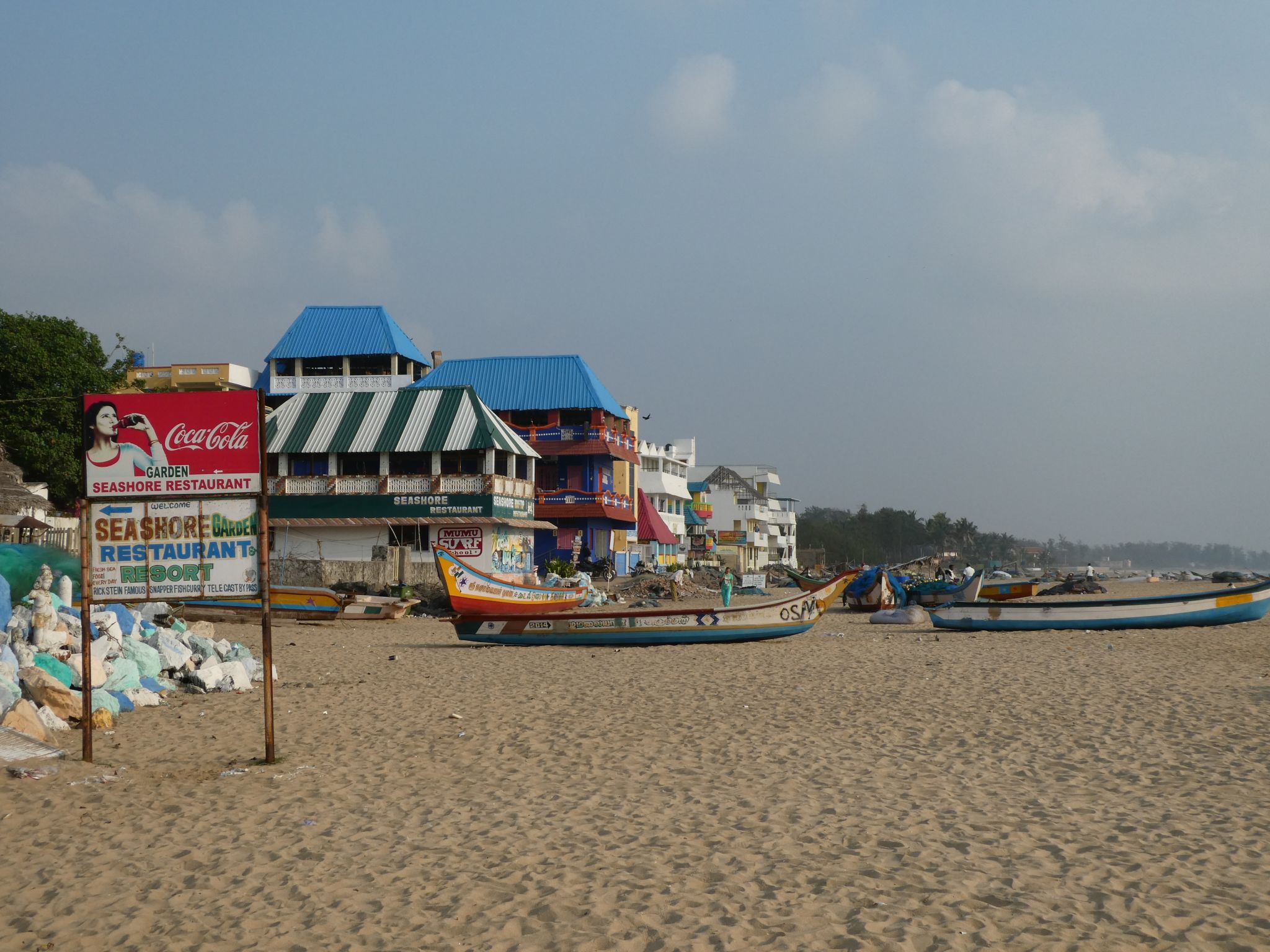 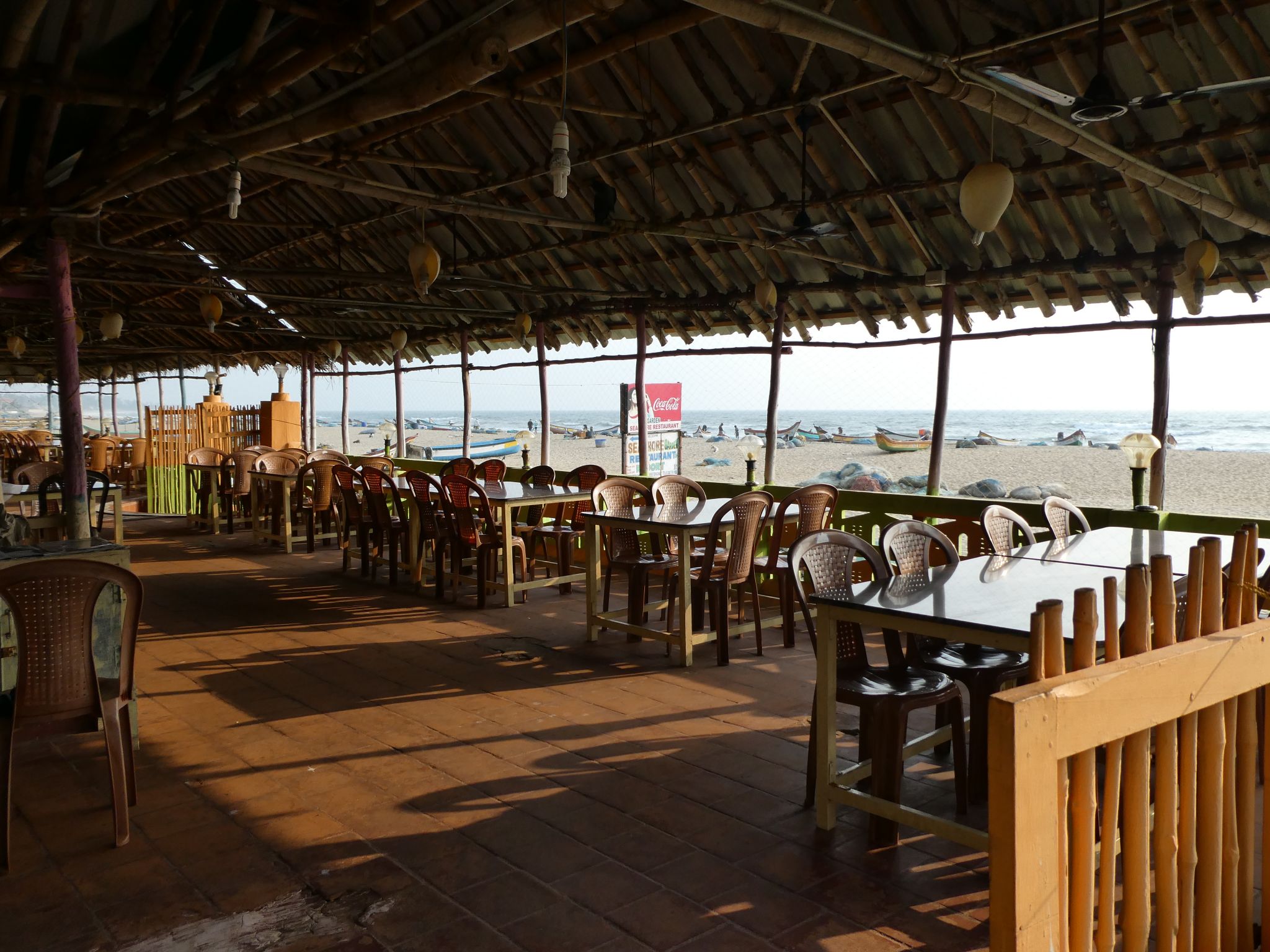 And, yes, the snapper curry is pretty damn good.  The owner brings a selection of different size fish to the table, you choose one and then the chef cooks it, either curry a la Rick, or grilled/fried etc according to your preference.  The curry was delicious and although not cheap by the standards of Indian food, in truth could have easily fed four people, which would have made it about the same price as fish curry at other restaurants around town and much tastier than any other fish curry we had.  Well worth it.

Mamallapuram is famous for its Shore Temple which, built in the 8th century, is the earliest significant free-standing temple in Tamil Nadu. 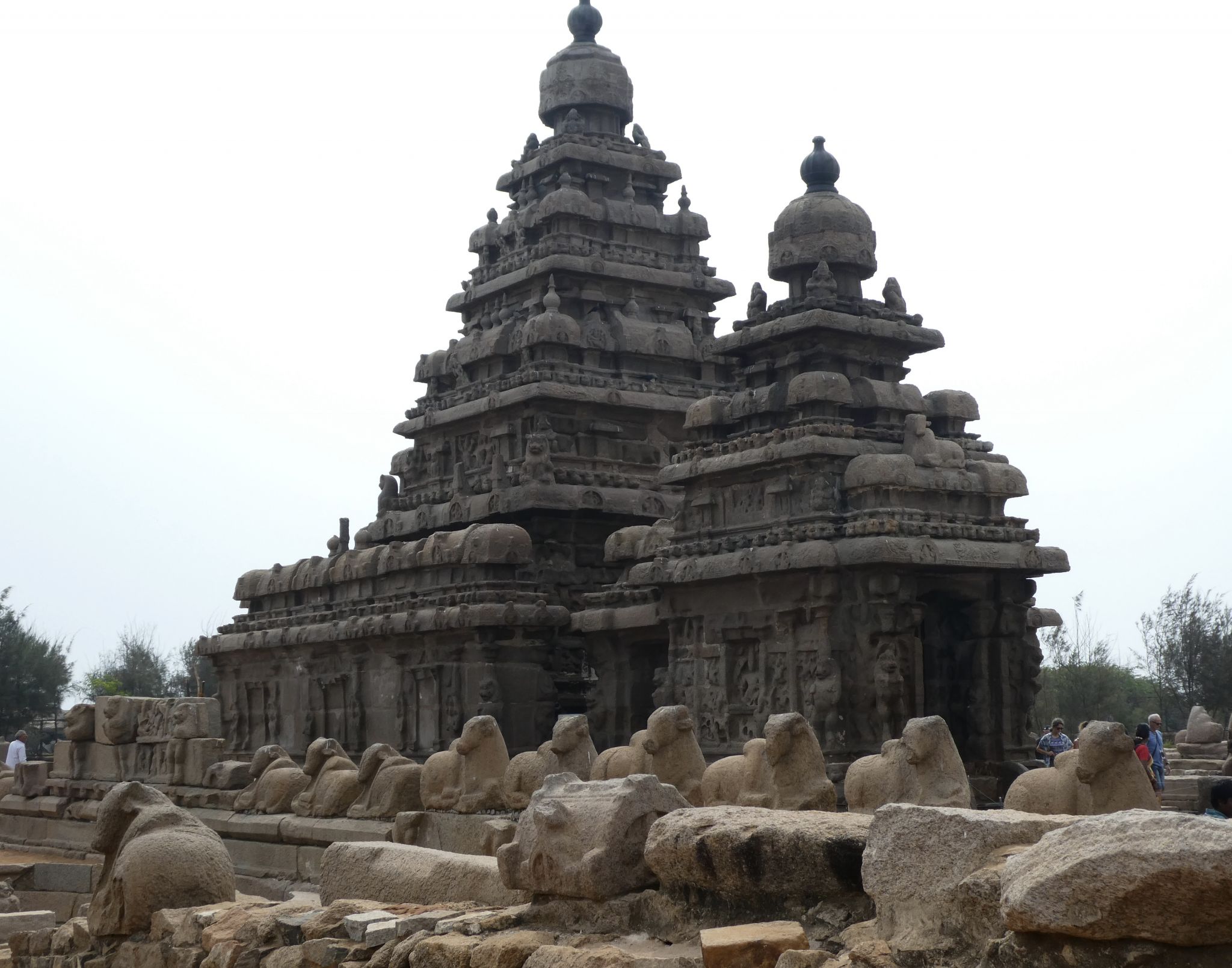 Nearby there are the Five Rathas, 7th century Hindu stone temples each carved from a single rock, which were forgotten and over time covered in sand, until re-discovered and excavated about 200 years ago by the British. 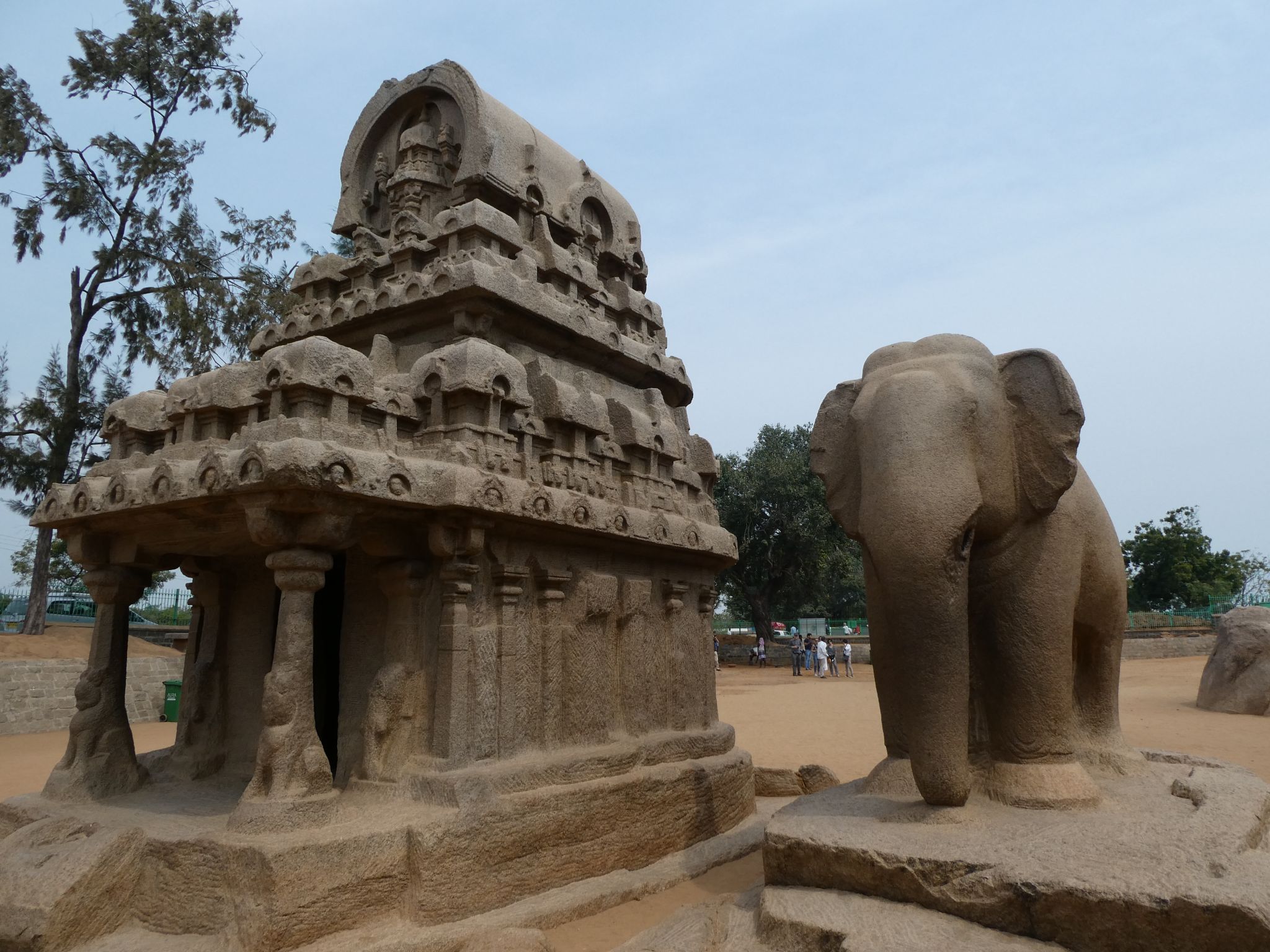 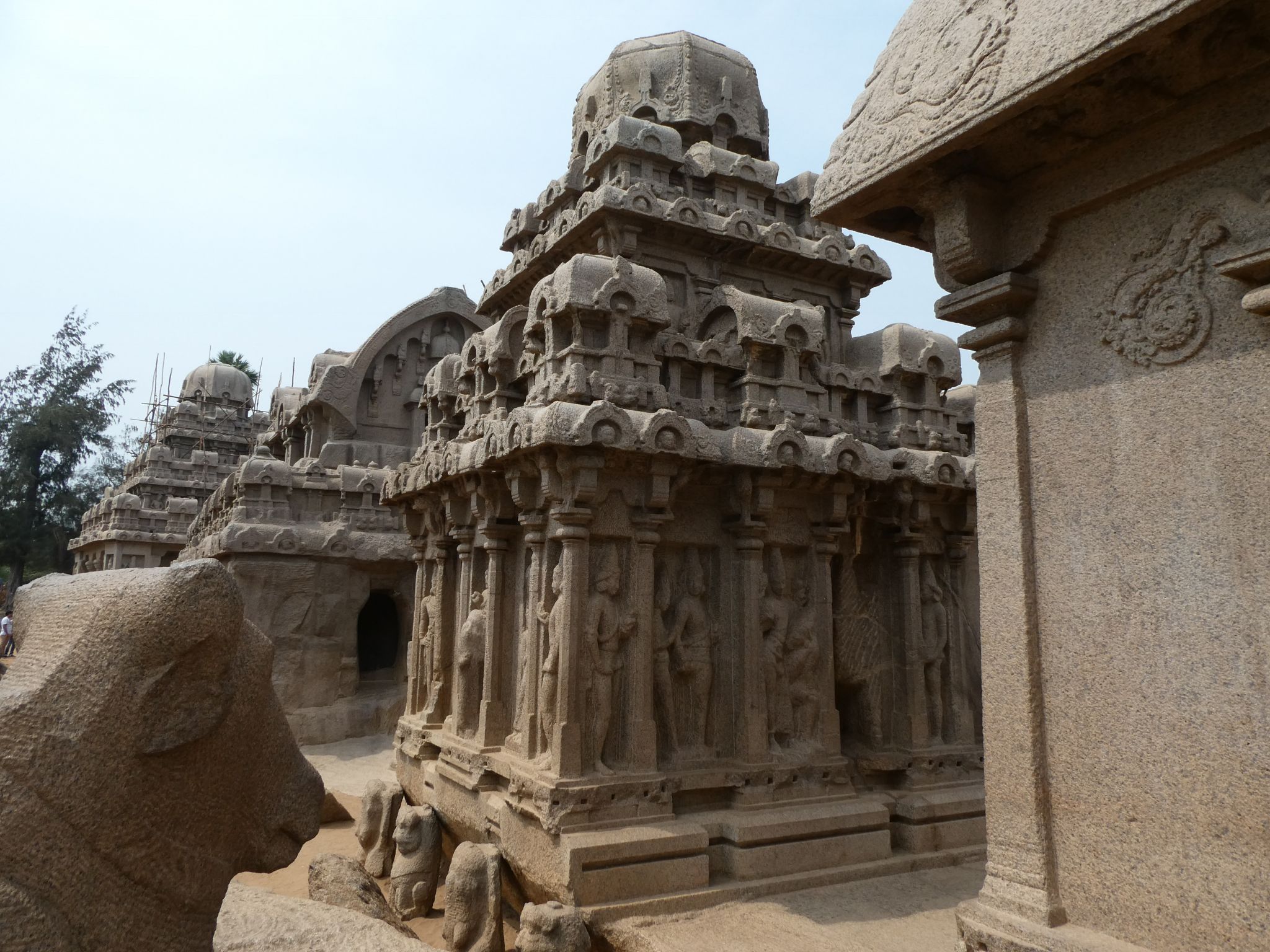 A short walk from there, sprawled over Mamallapuram hill on the edge of town, are a series of stone temples carved into the rock.   In some cases, the scale can only be appreciated from above. 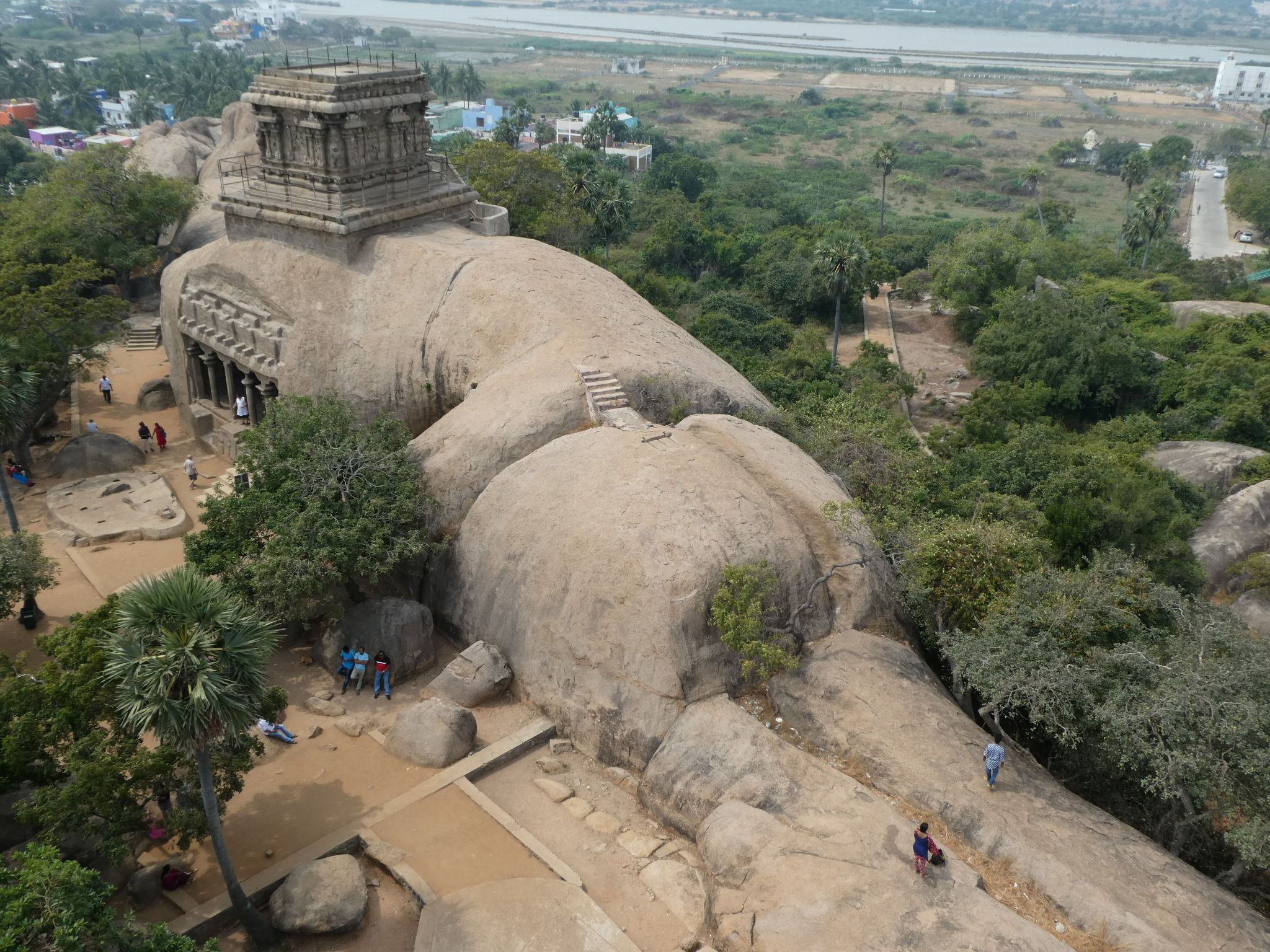 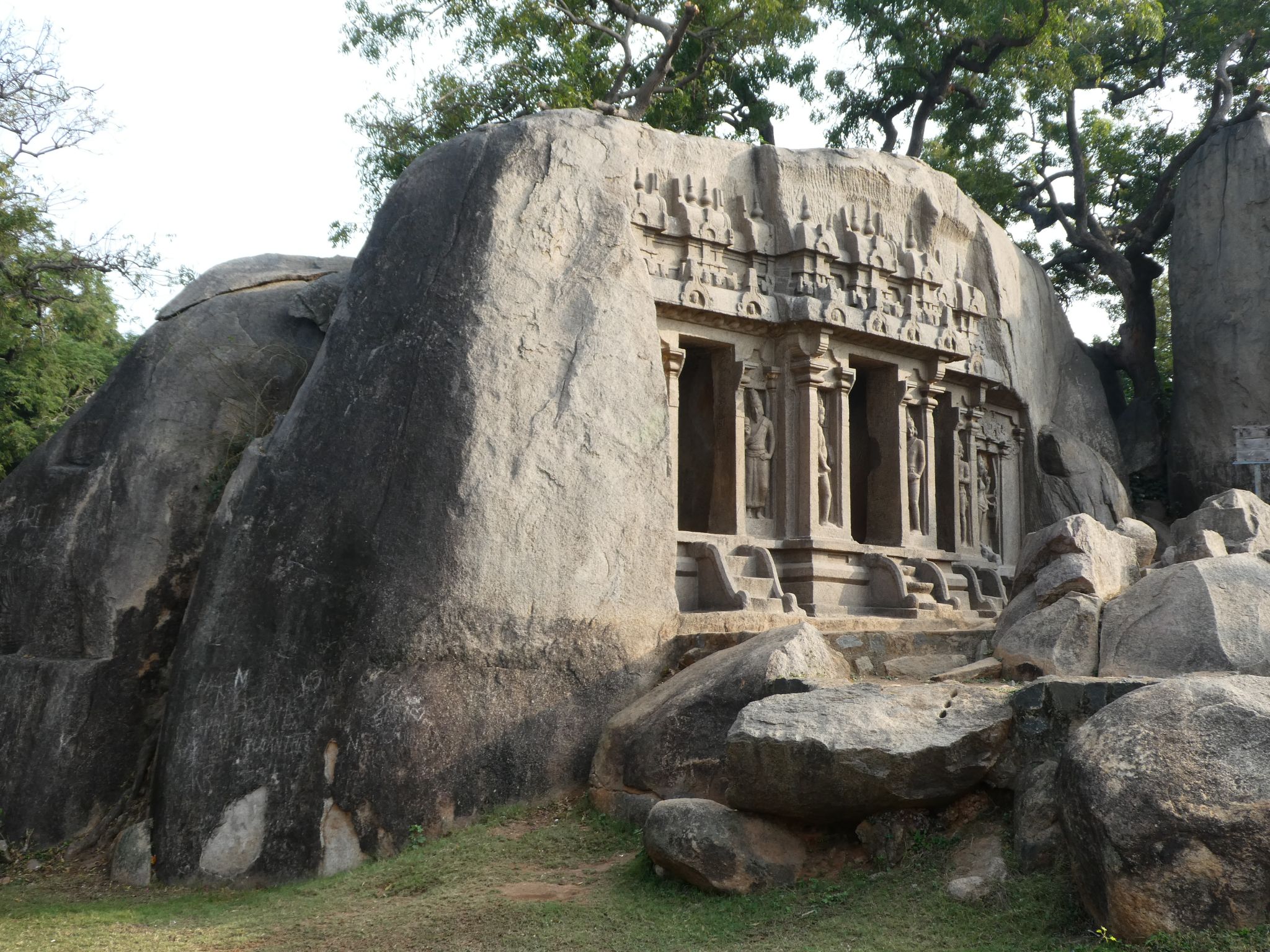 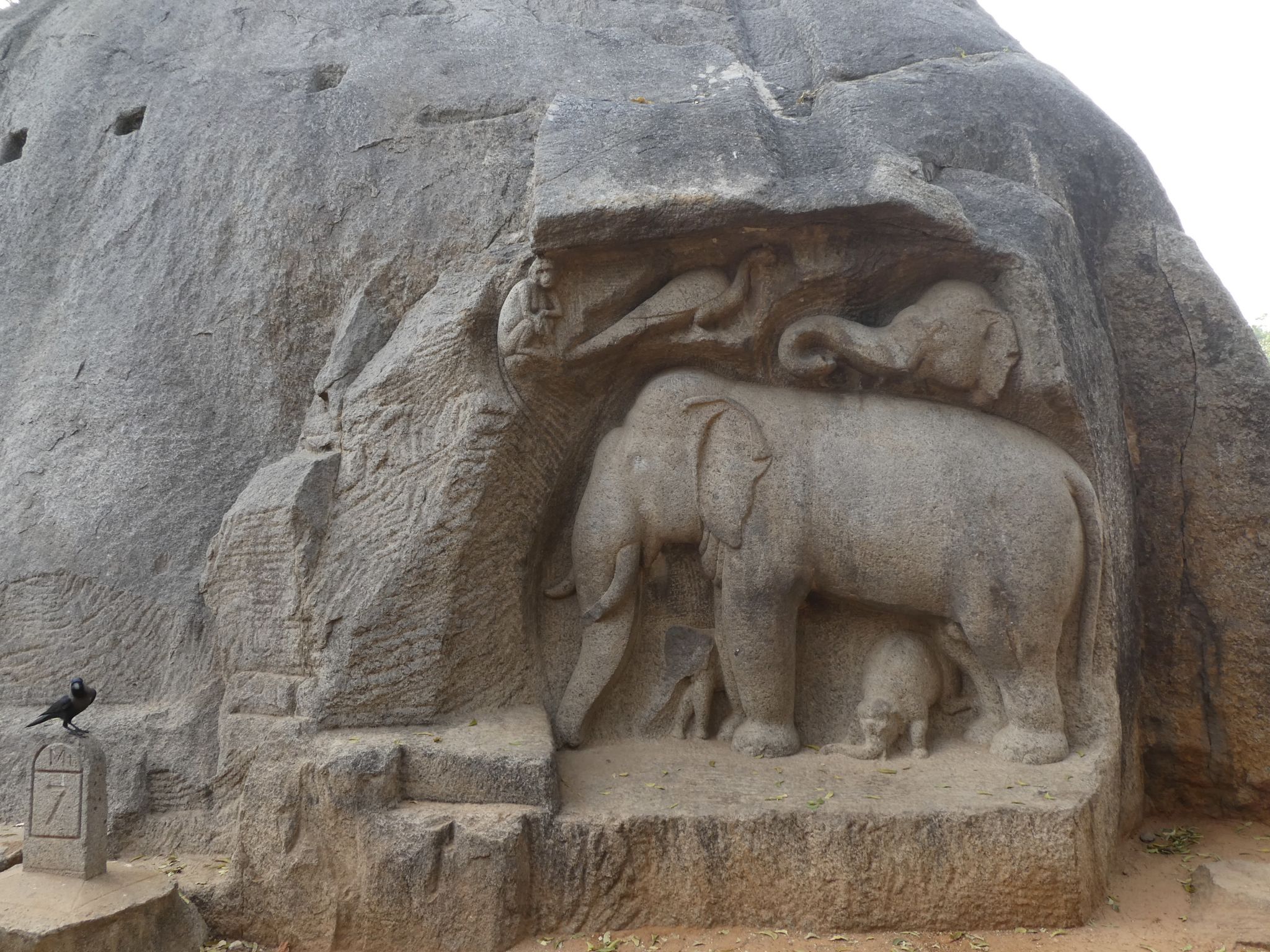 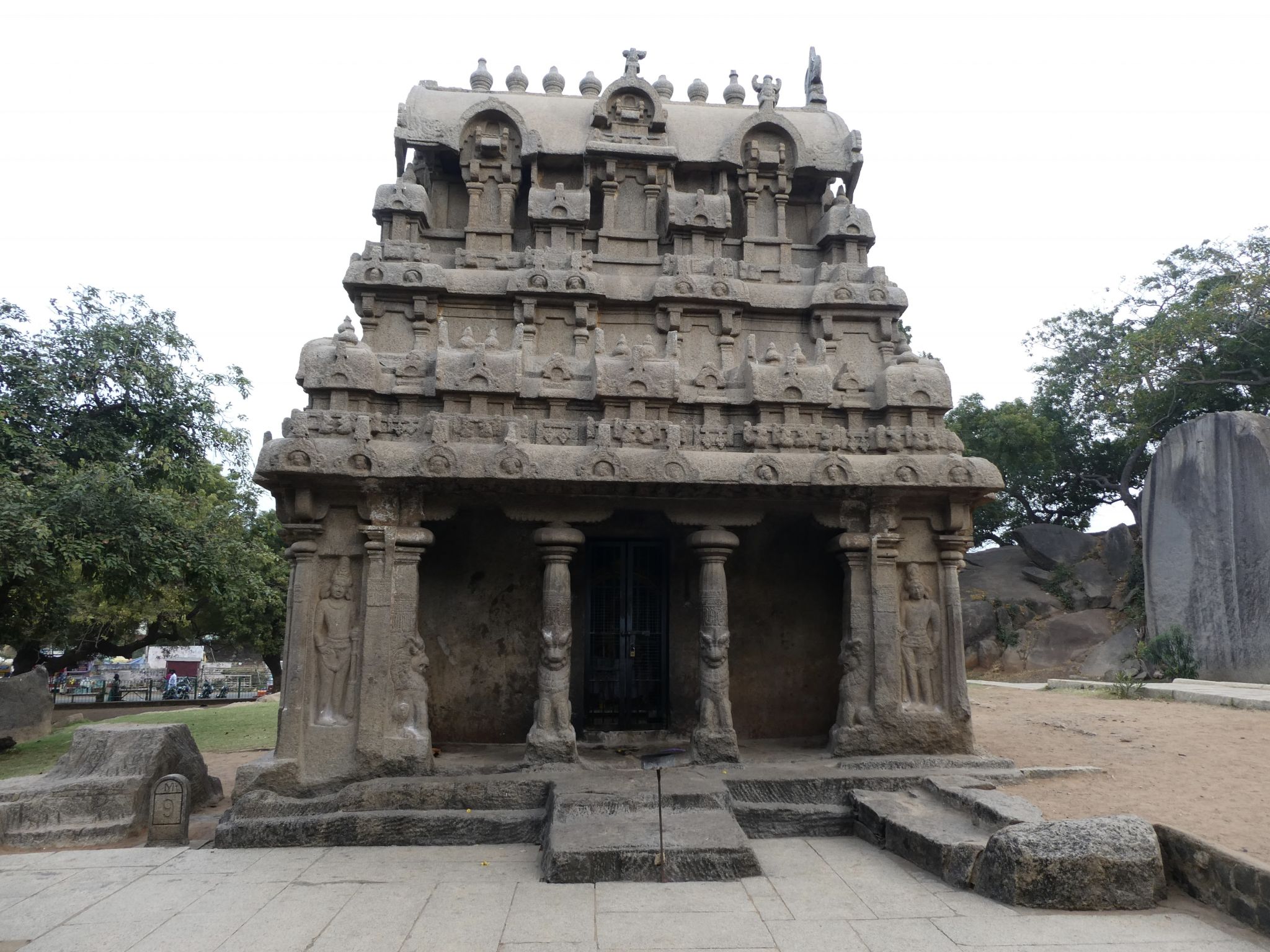 The locals’ favourite appears to be Krishna’s Butterball, a freaky balancing rock which sits solid despite daily attempts by hundreds to push it over! 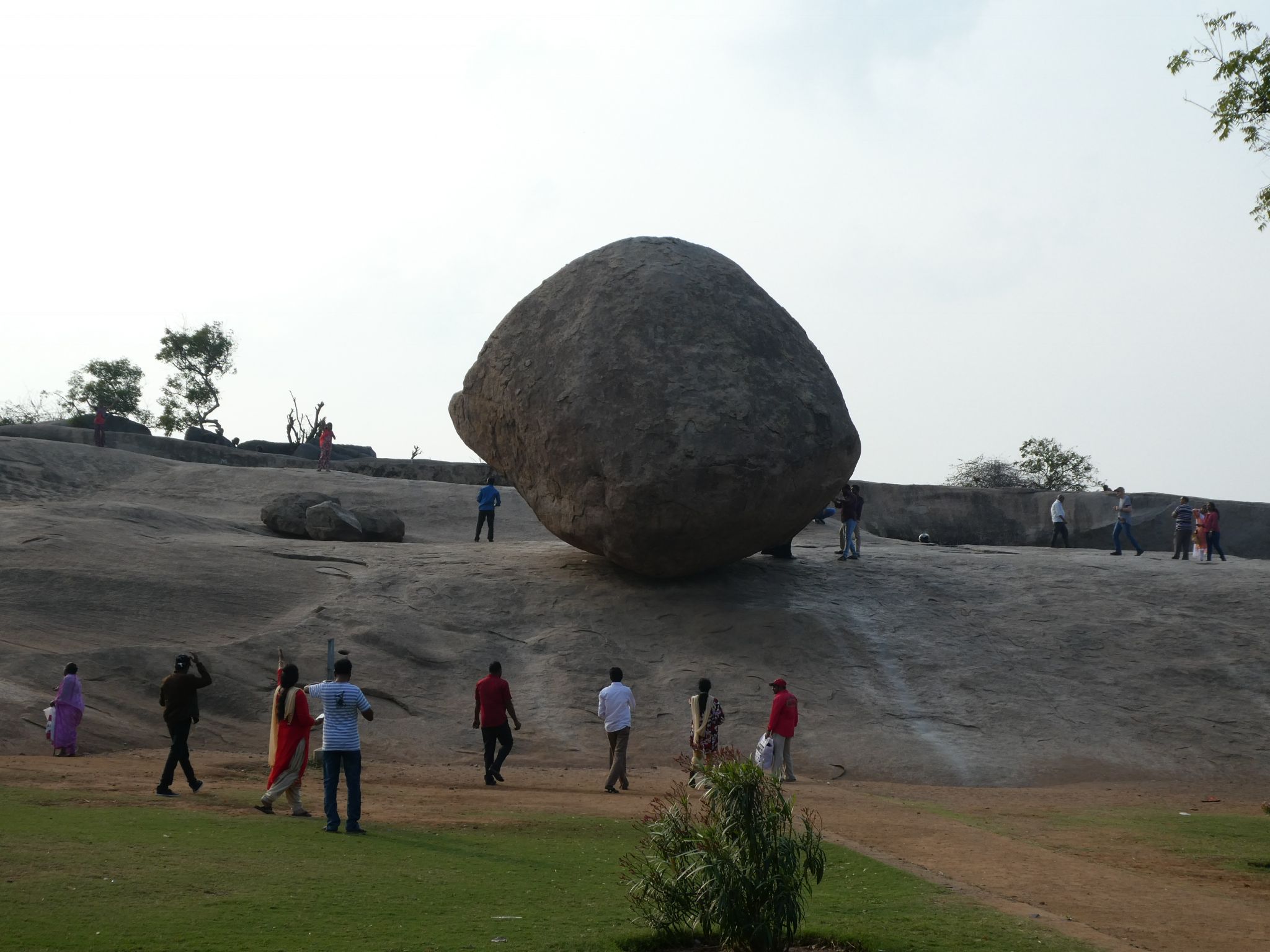 But our favourite was the splendid Arjuna’s Penance, a rock cut mural depicting Arjuna performing ‘severe penance’ (fasting whilst standing on one leg. 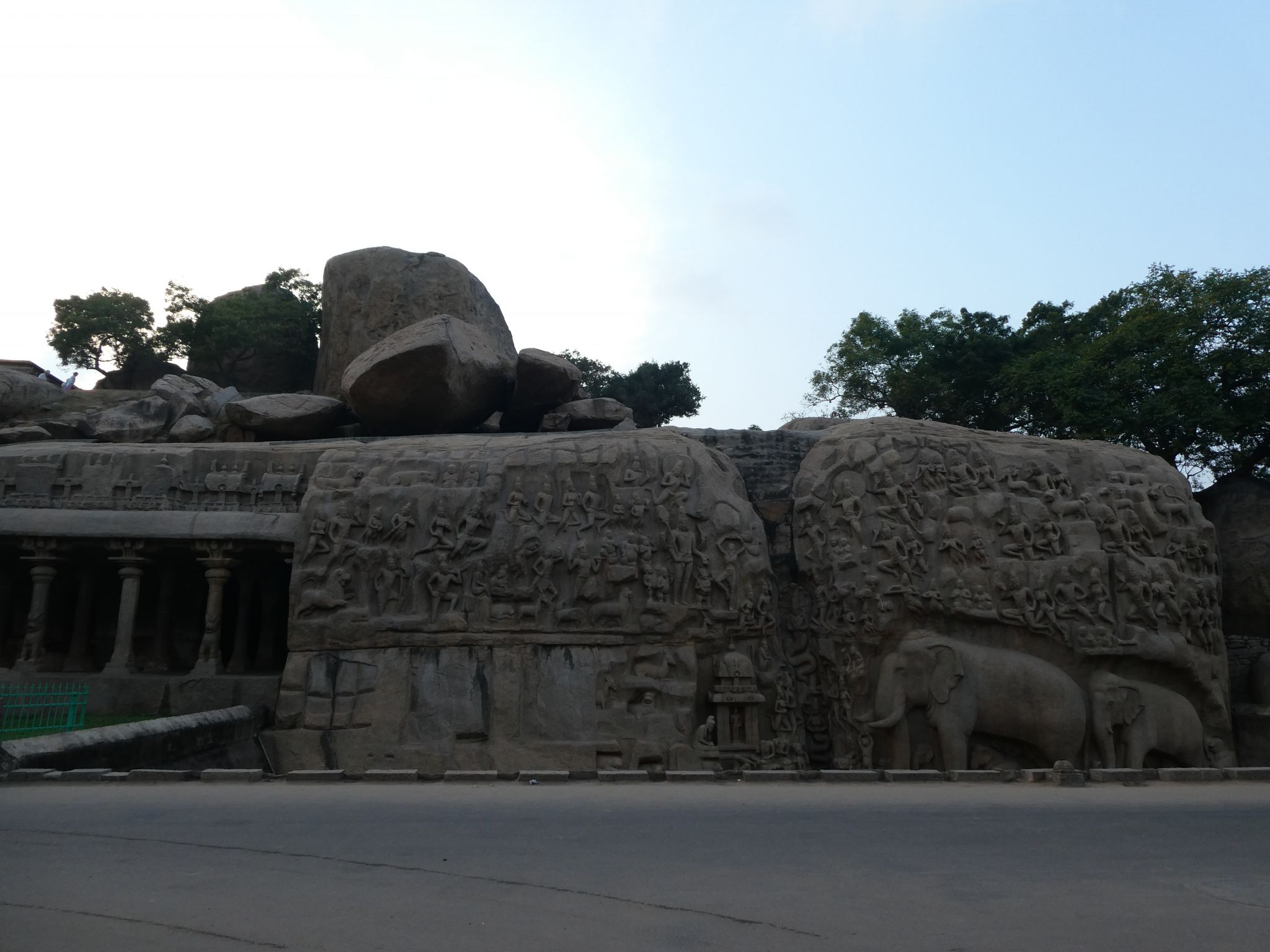 The detail is magnificent, and even includes a cat also performing severe penance whilst being watched by a group of fascinated mice.  Not sure if the sculptor was bored or being secretly irreverent. 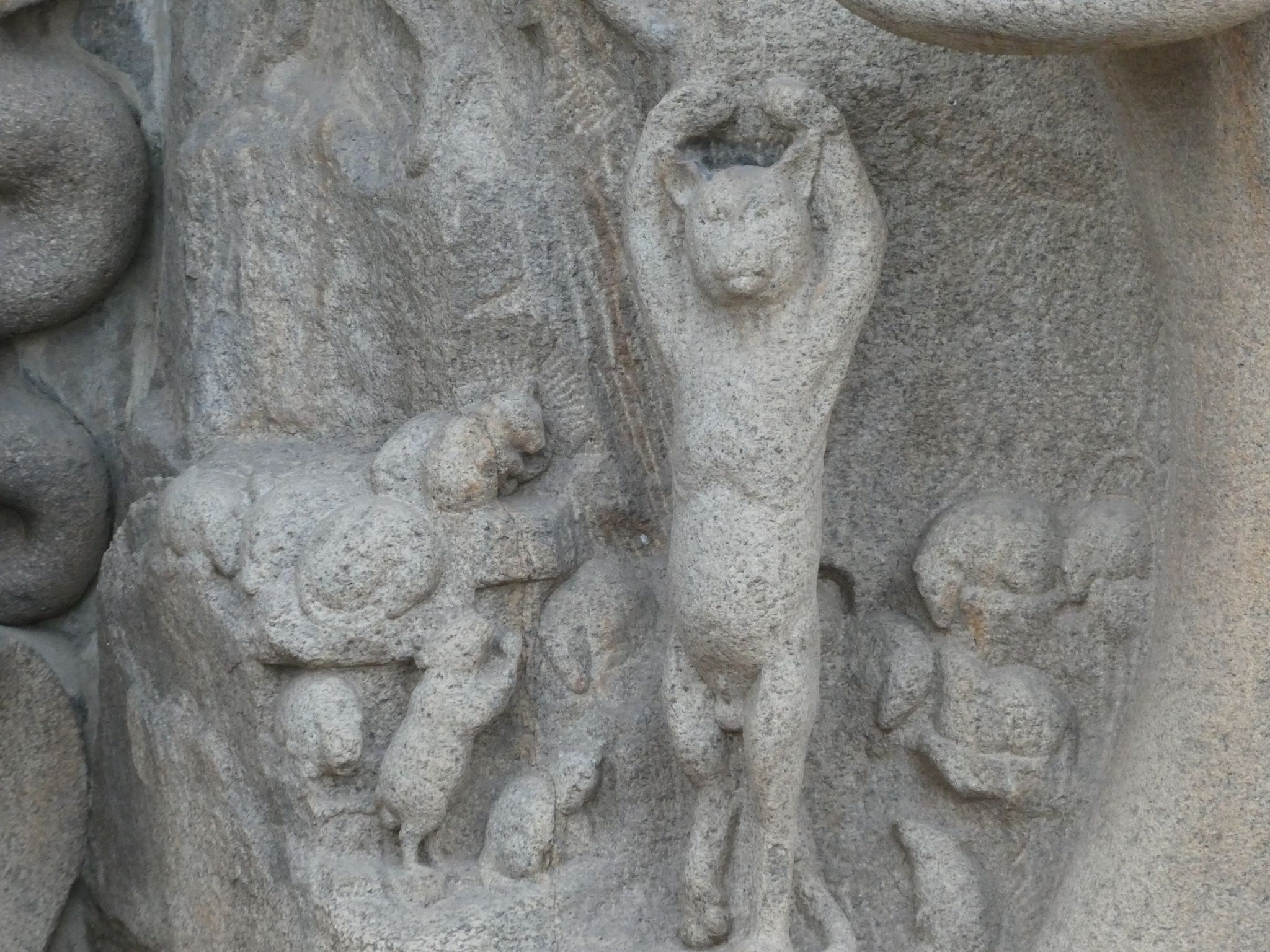