The night train from Kolkata to New Jalpaiguri (NJP) was remarkably comfortable.  Our 2AC compartment comprised four bunks, long enough and wide enough to lie flat.  Sheets, pillow and a small towel were provided.  The train left Kolkata late evening, arriving in NJP at around 8am.  Our fellow travellers were a pair of local judges so we had some interesting discussions comparing the legal systems in our respective countries.

From NJP it’s a couple of hours drive up the hill to Darjeerling.  As we climbed, the temperature fell and the mists descended.  We had a mental picture of Darjeerling as a picturesque hill station of British Raj architecture surrounded by terraced tea plantations.  The reality is much grittier.  It’s traffic-clogged, the air is smoggy and the buildings are more utilitarian cheapies than anything picturesque.  And did I mention it was cold?  Apparently locals either don’t feel the cold or don’t want to spend money on combatting it.  Our hotel room had no heating, so 4 degrees outside meant 4 degrees inside, with woeful/no hot water in the bathroom.   Talking to others, it seems this is pretty standard.

The narrow gauge railway from NJP to Darjeerling runs intermittently at best, but there is a dedicated original steam toy train that runs several times a day in a circuit from Darjeerling.   It’s dinky and touristy, but you just have to do it, right? 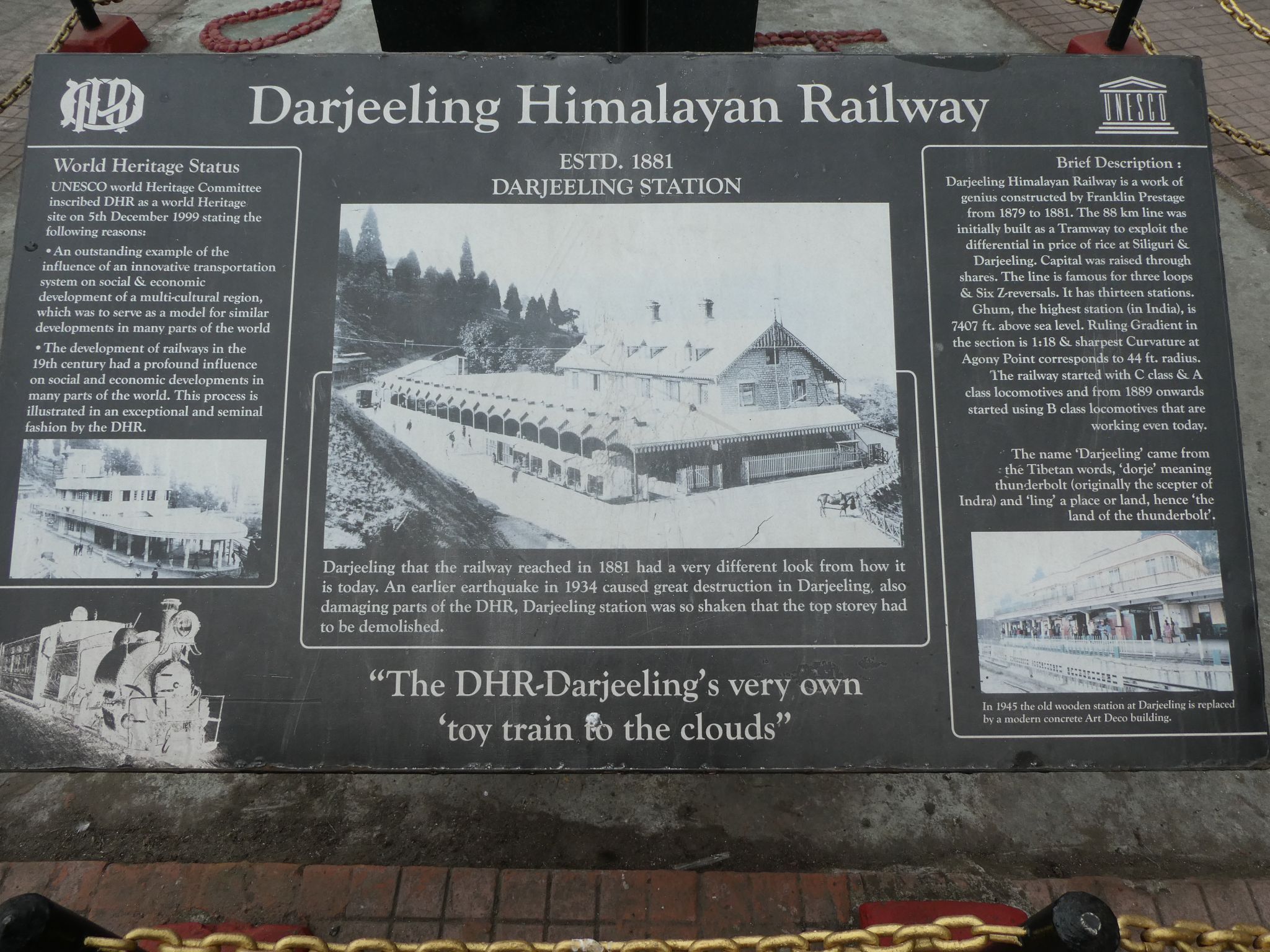 It was an incredible feat of engineering at the time of its construction. 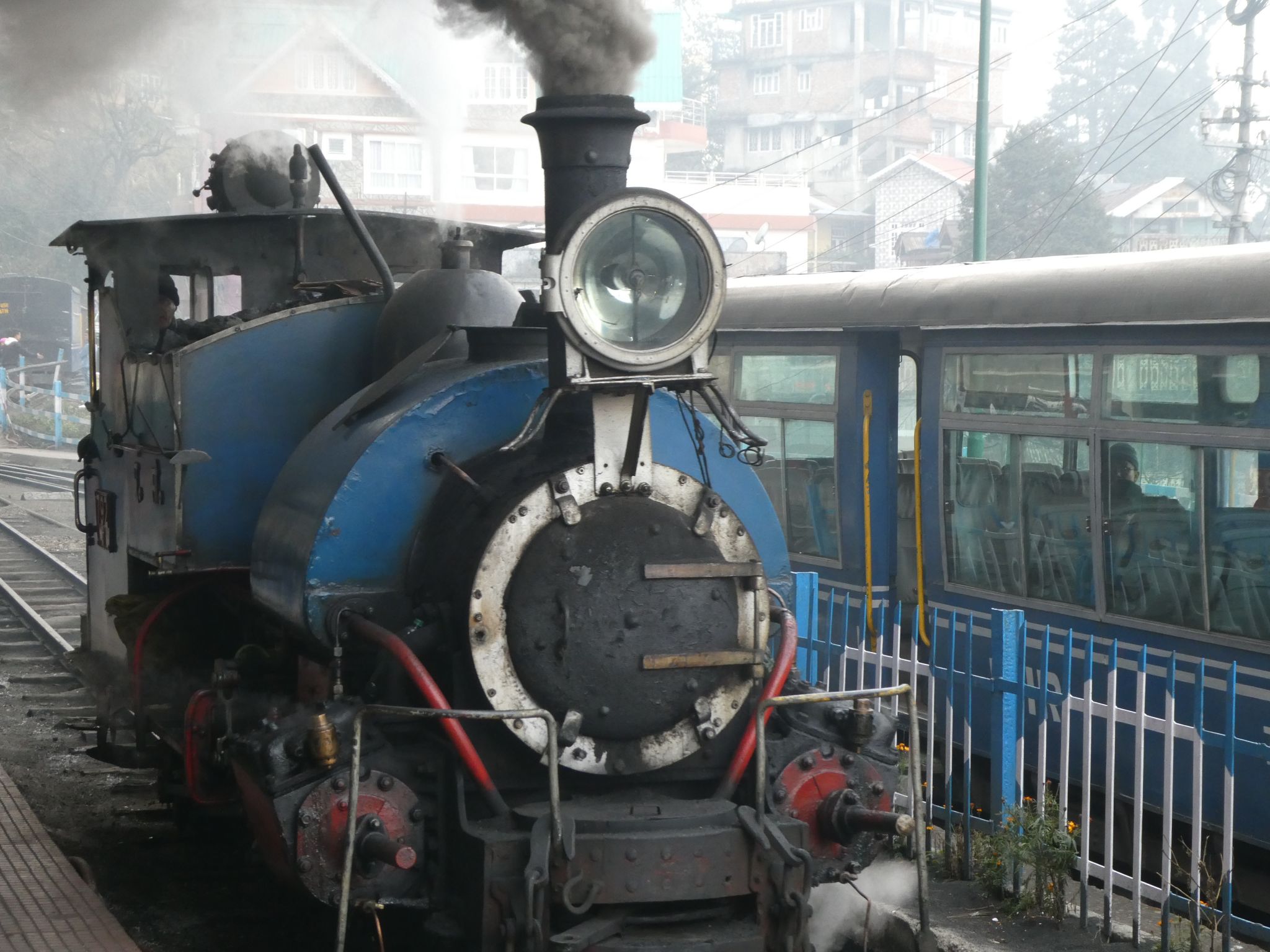 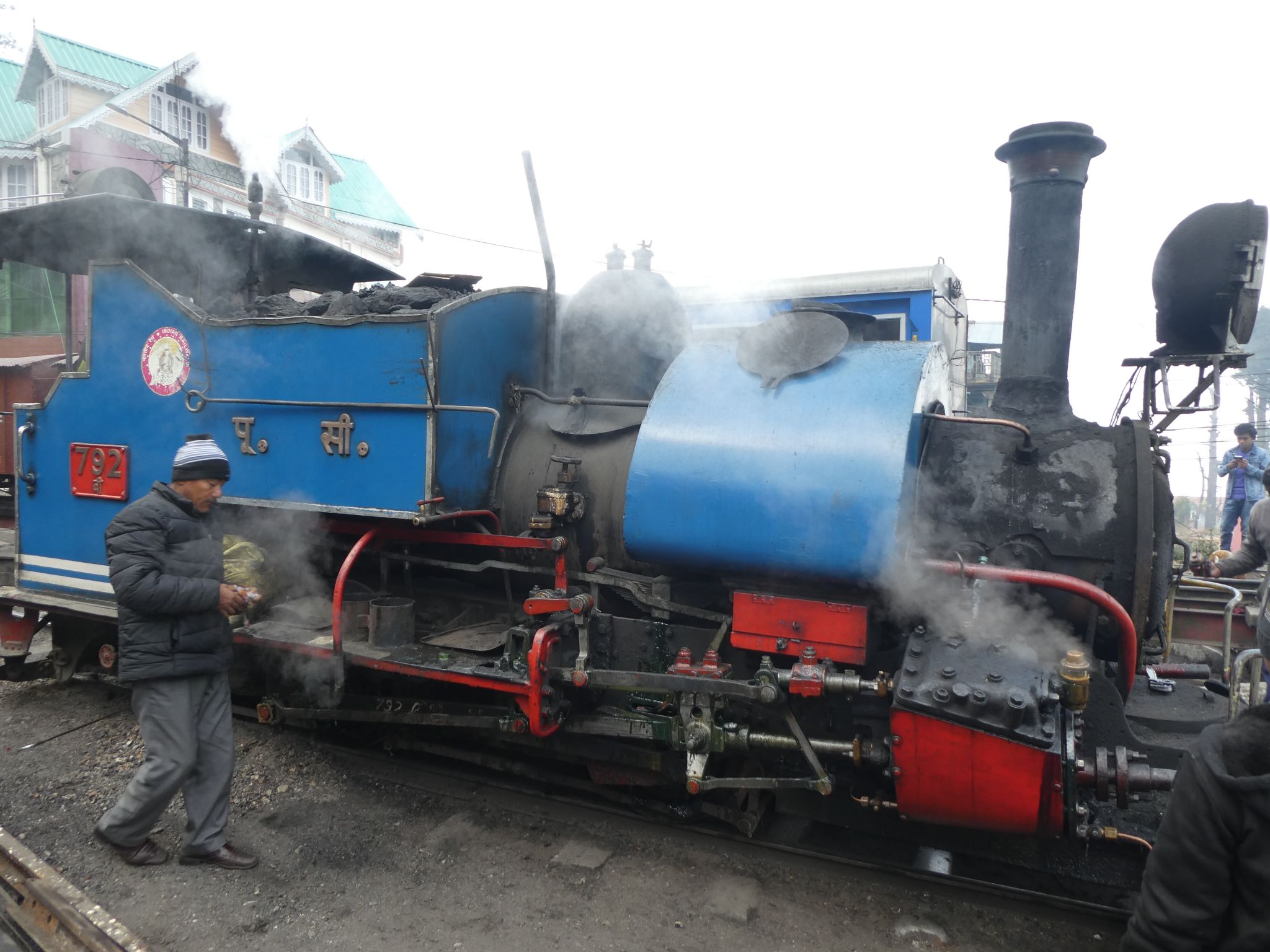 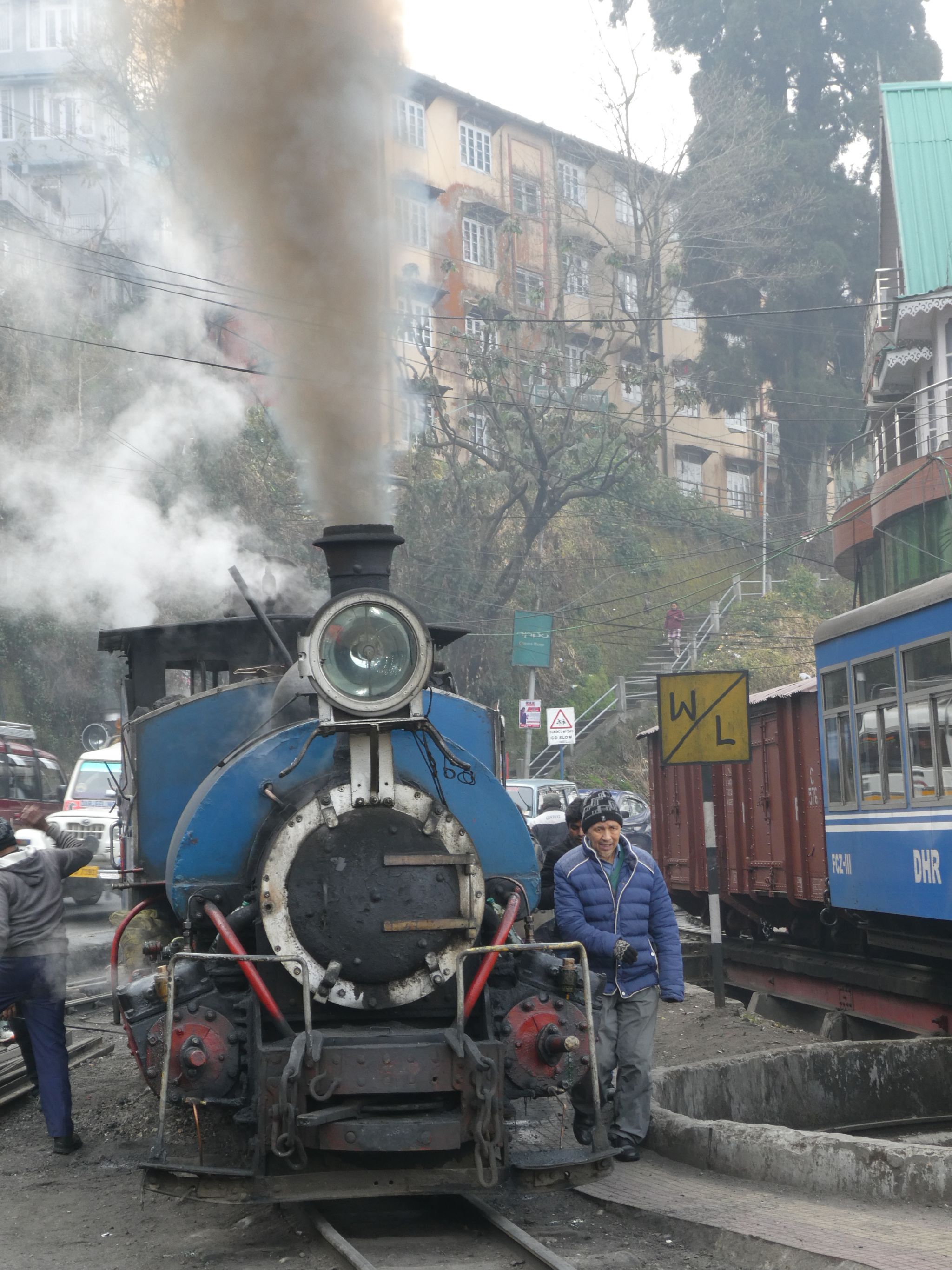 The train runs from Darjeerling to a viewing point called Batasia Loop, where it stops for photo ops. 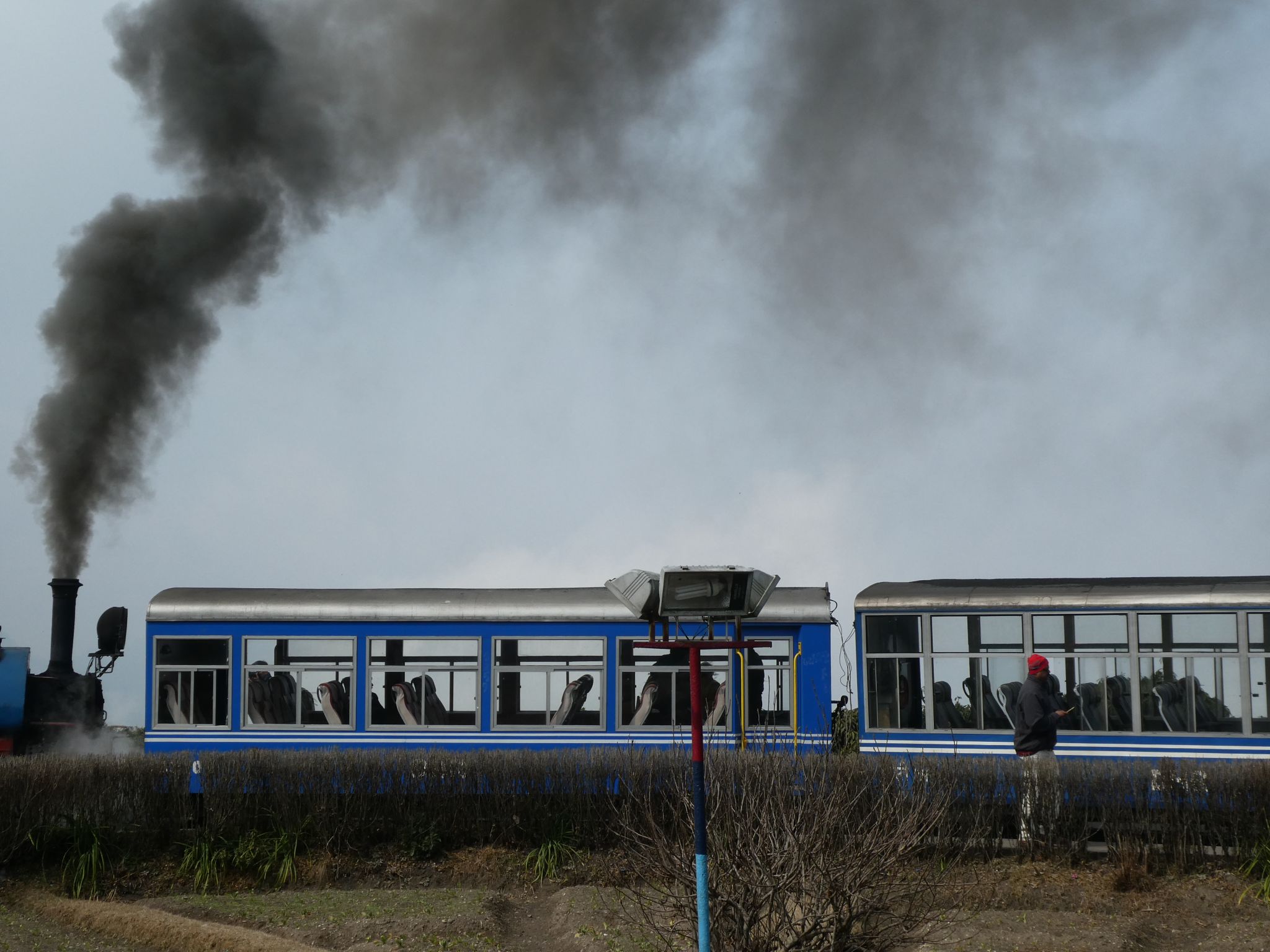 The train goes on to Ghum, the highest heritage train station in the world, where there is an interesting little museum about the history of rail in the hills.

There is a copy of a marvellous news article reproduced in the museum which recounts the possibly apocryphal tale told by Mark Twain of an attendant at one of the stations cowering in the office, having just sent a telegram down the hill to Calcutta which read ‘Tiger eating station master on front porch.  Telegraph instructions’.  It was interesting reading. 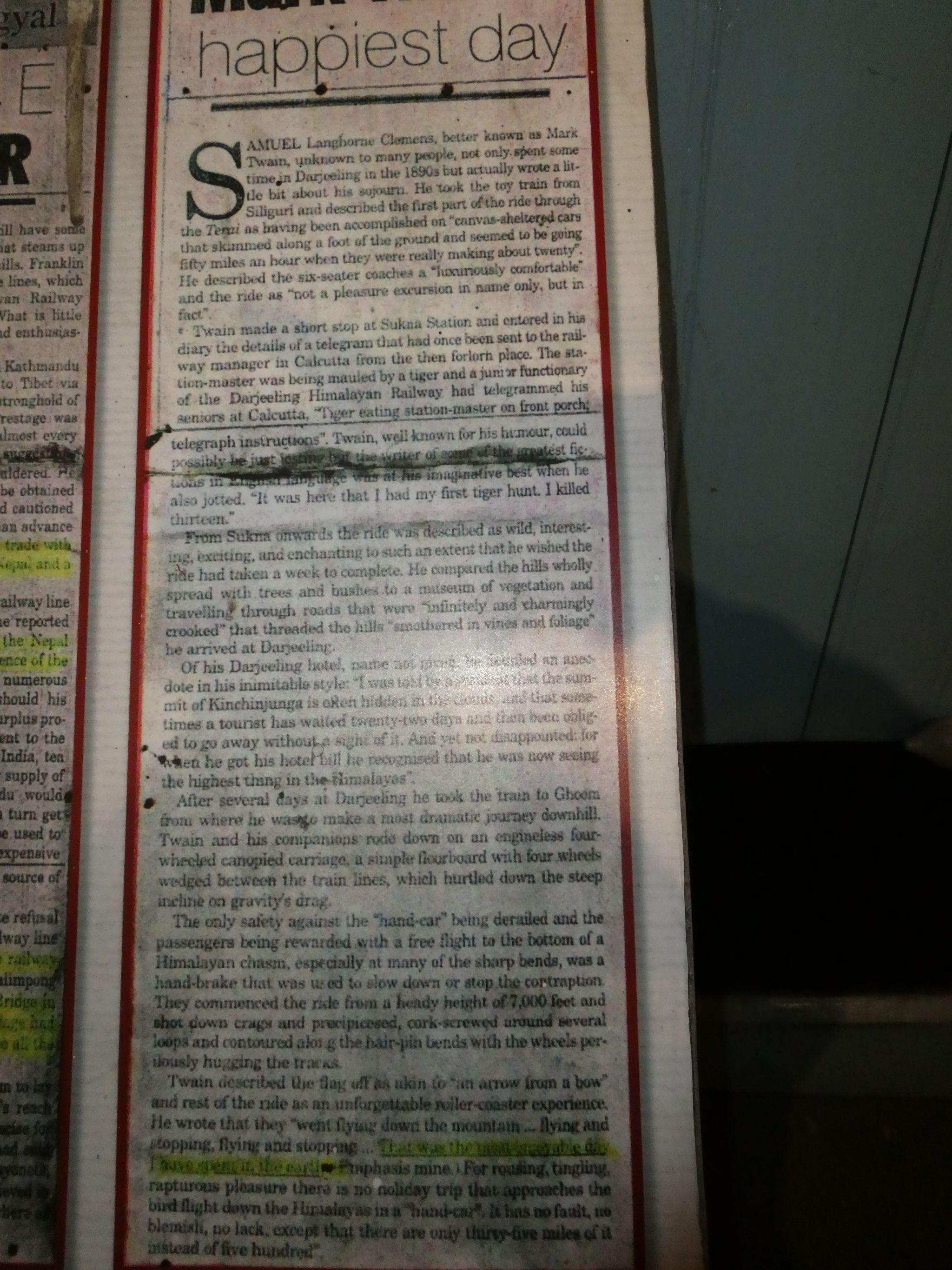 The Himalayan Mountaineering Institute a few kms out of Darj was also worth a visit.  It has a comprehensive exhibition of the history of mountaineering in the Himalaya, and of the various early expeditions to scale Mt Everest in particular.

And from Darj we arranged to walk the Singalila Ridge Trek, a 96 km, five day trek crisscrossing the India-Nepal border in the Himalaya foothills.  A full description of our trek is under the ‘Walks’ tab.