From Darjeerling we headed down the mountain to Bagdogra and flew to Delhi.  We’ve been to Delhi on a previous trip to India and our purpose this time was just to organise visas for Uzbekistan.  We’d thought we’d be able to get them ‘same day’ and move on, but the reality proved more frustrating.  It took most of a morning just to get the applications lodged, and then we were told they would take a week to process.

Staying in Delhi for a week was not an appealing prospect, so this left us looking for something to fill in a week without going too far afield.  We hadn’t planned to visit Rajasthan this trip, as we’ve previously been to Jaipur and Udaipur, but we’d met an English couple on the Singalila Ridge Trek who spoke highly of Bundi as a place to chill out, so we thought we’d head that way.

We caught a train from Delhi to Kota, the nearest major town to Bundi.  It looked a bit interesting, so we spent a couple of nights there.

For reasons that remain a mystery, someone decided to build a park on the river in Kota with scale replicas of the Seven Wonders – a Pyramid, the Coliseum, the Taj Mahal, the Eiffel Tower, the Leaning Tower of Pisa, the Statue of Liberty and the statue of Christ the Redeemer.  It’s kitsch.  It’s quirky.  It’s very popular with locals.  It looks like something out of Las Vegas at night.  The utter randomness of it, and the fact that no one seems to feel any need to explain why it was done, added to its charm. 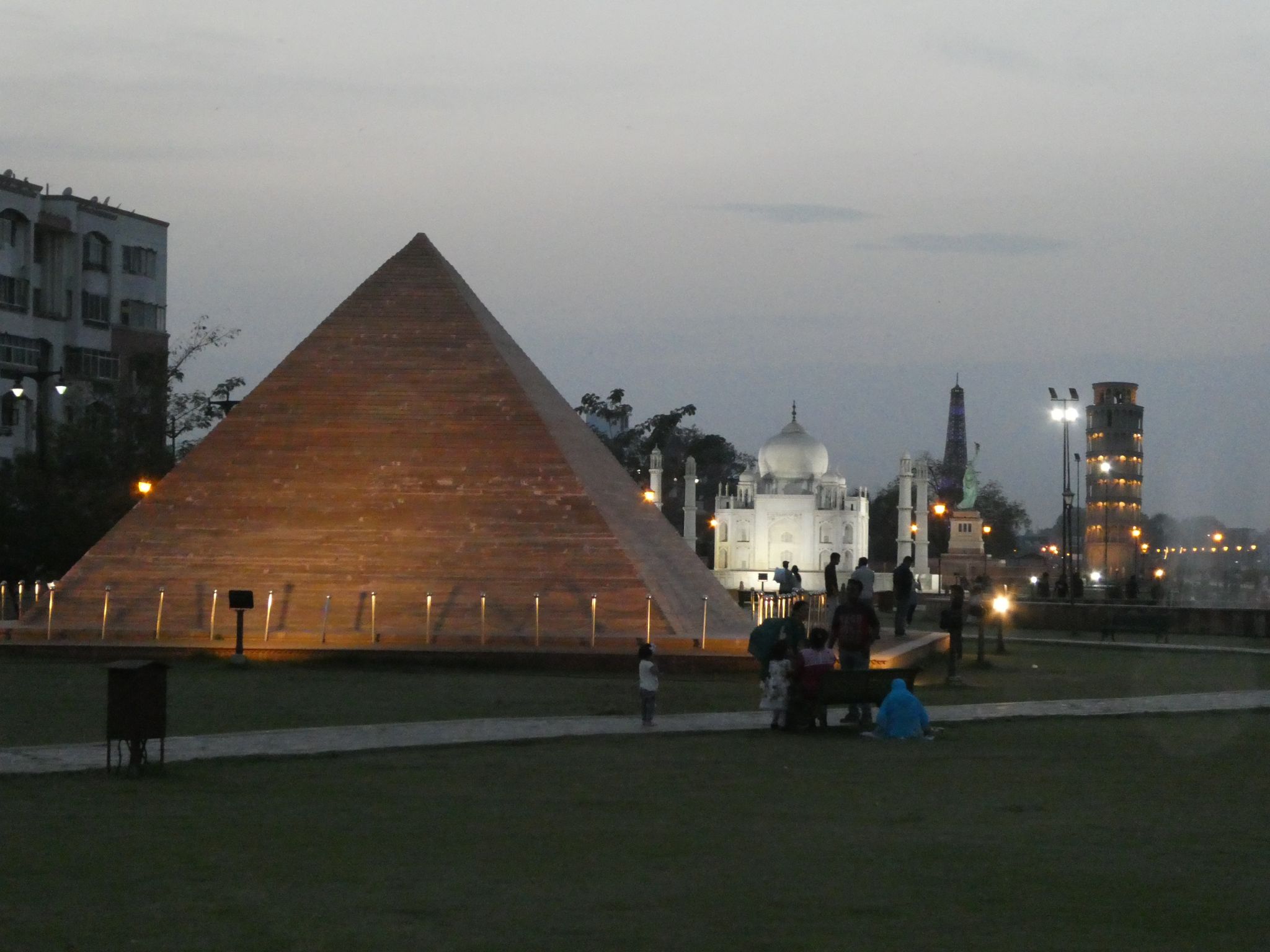 The Lonely Planet describes Kota as a ‘gritty, industrial and commercial city’ which is, in our view, an unfair assessment.  Yes, it is that in the new part of town, but it also has an intact old quarter of winding lanes, local shops, quaintly decorated houses, cows, dogs and kids.  It’s a place for wandering about with no particular route, getting lost, as there’s an interesting street or lane around every corner.  Judging by the surprised, curious and friendly reception we got from kids and adults alike, it was clear not many foreigners do this.  It was a day well spent. 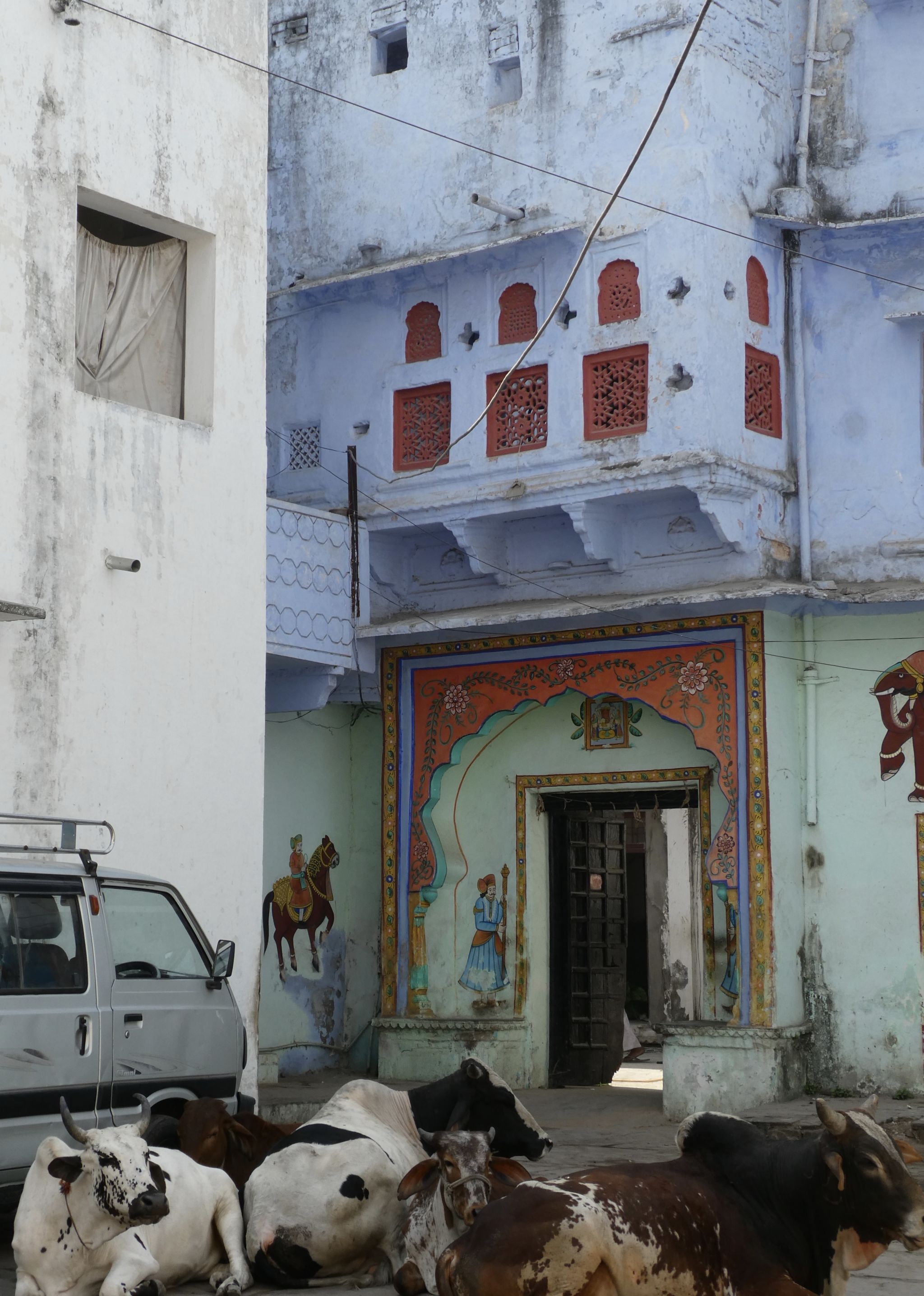 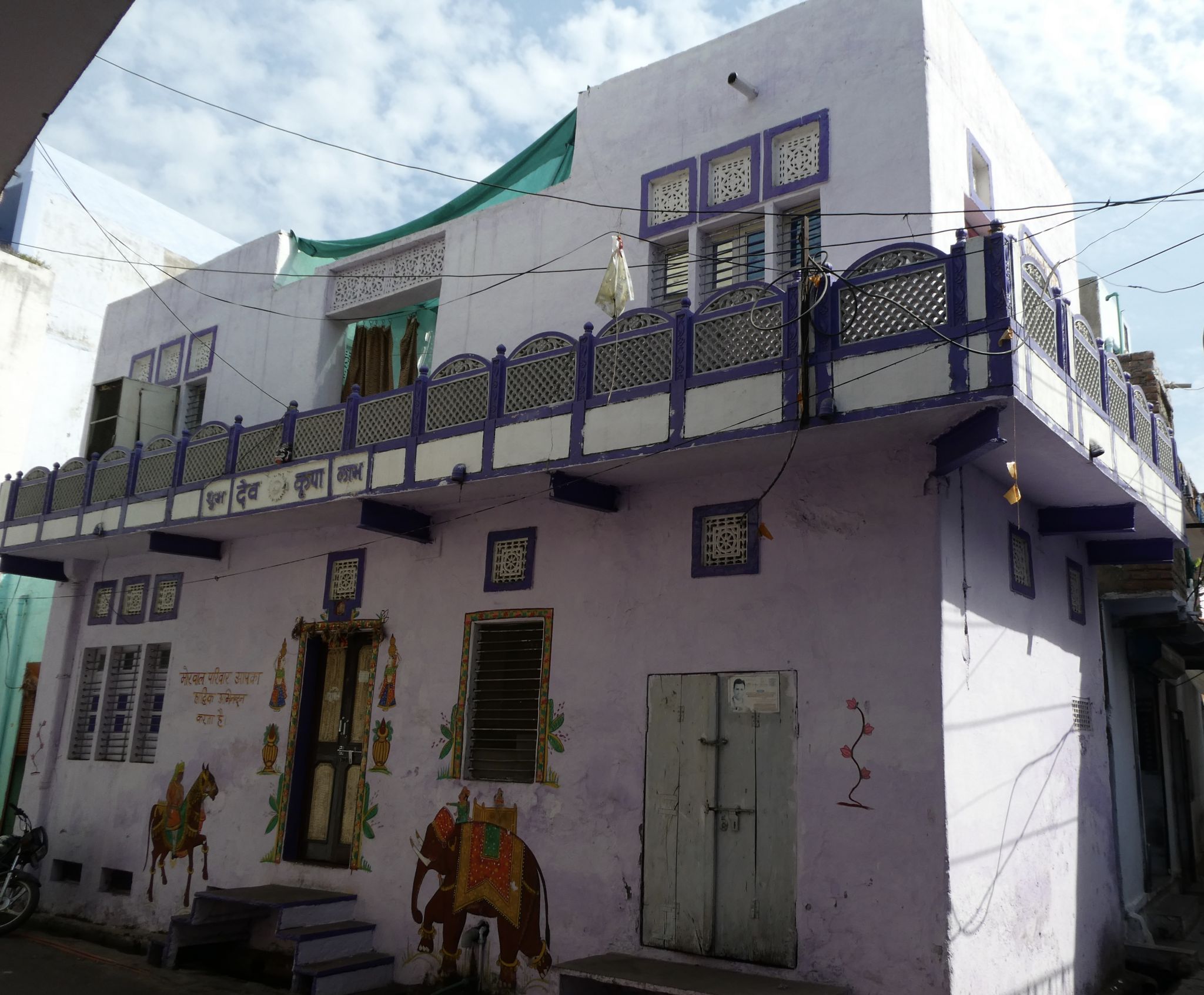 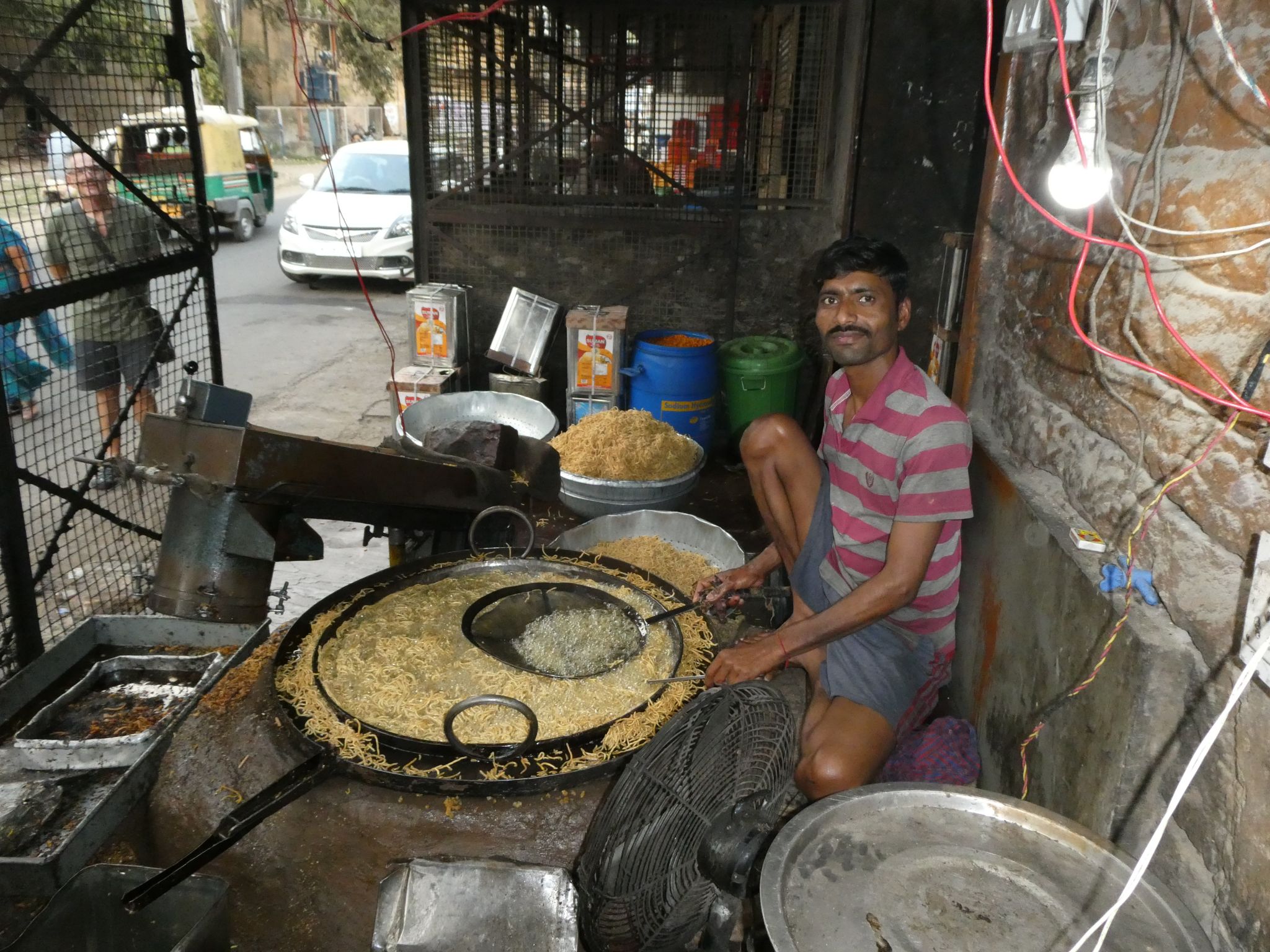 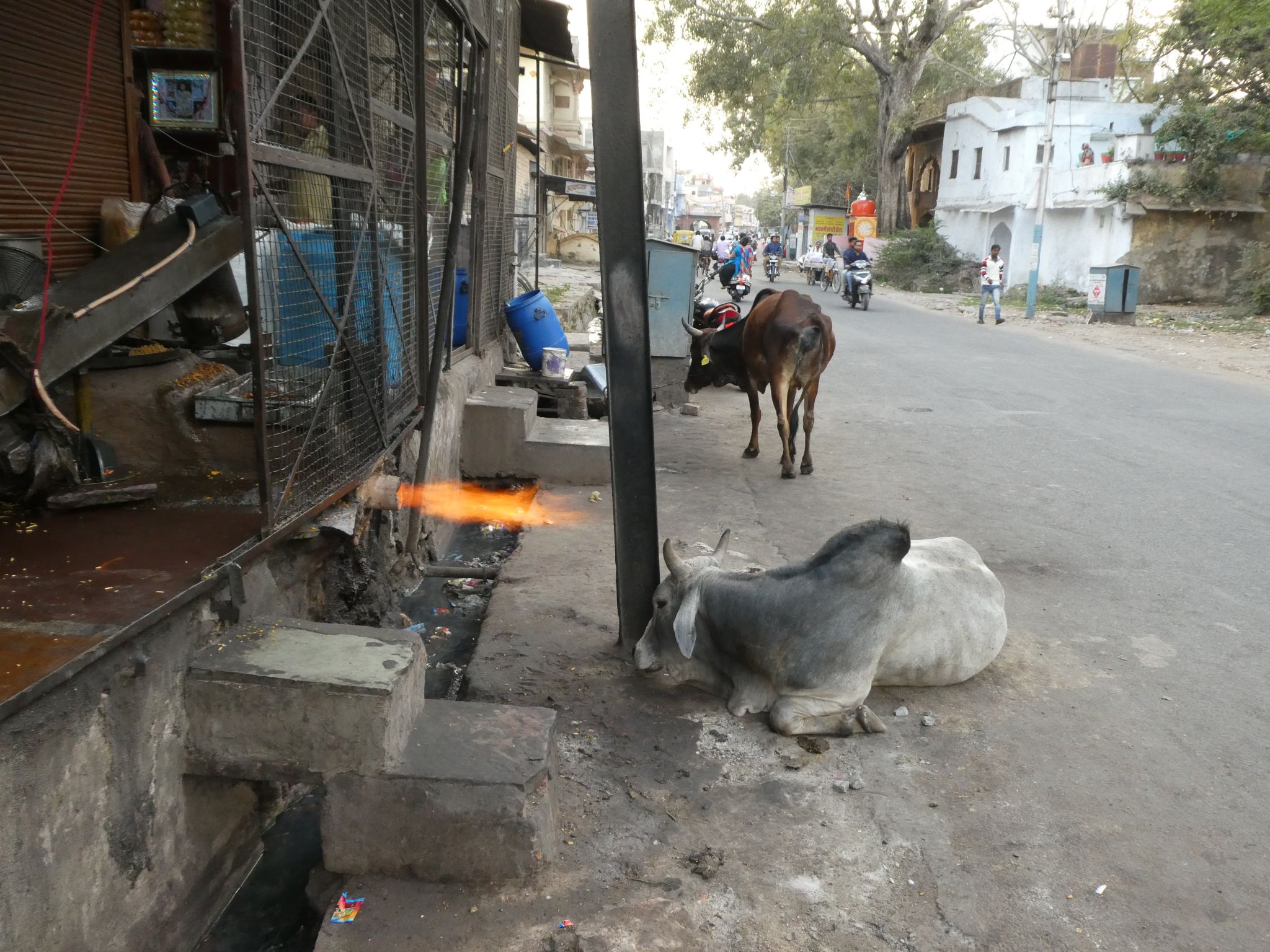 Kota has an impressive City Palace, which unfortunately was closed for public holidays when we were there. 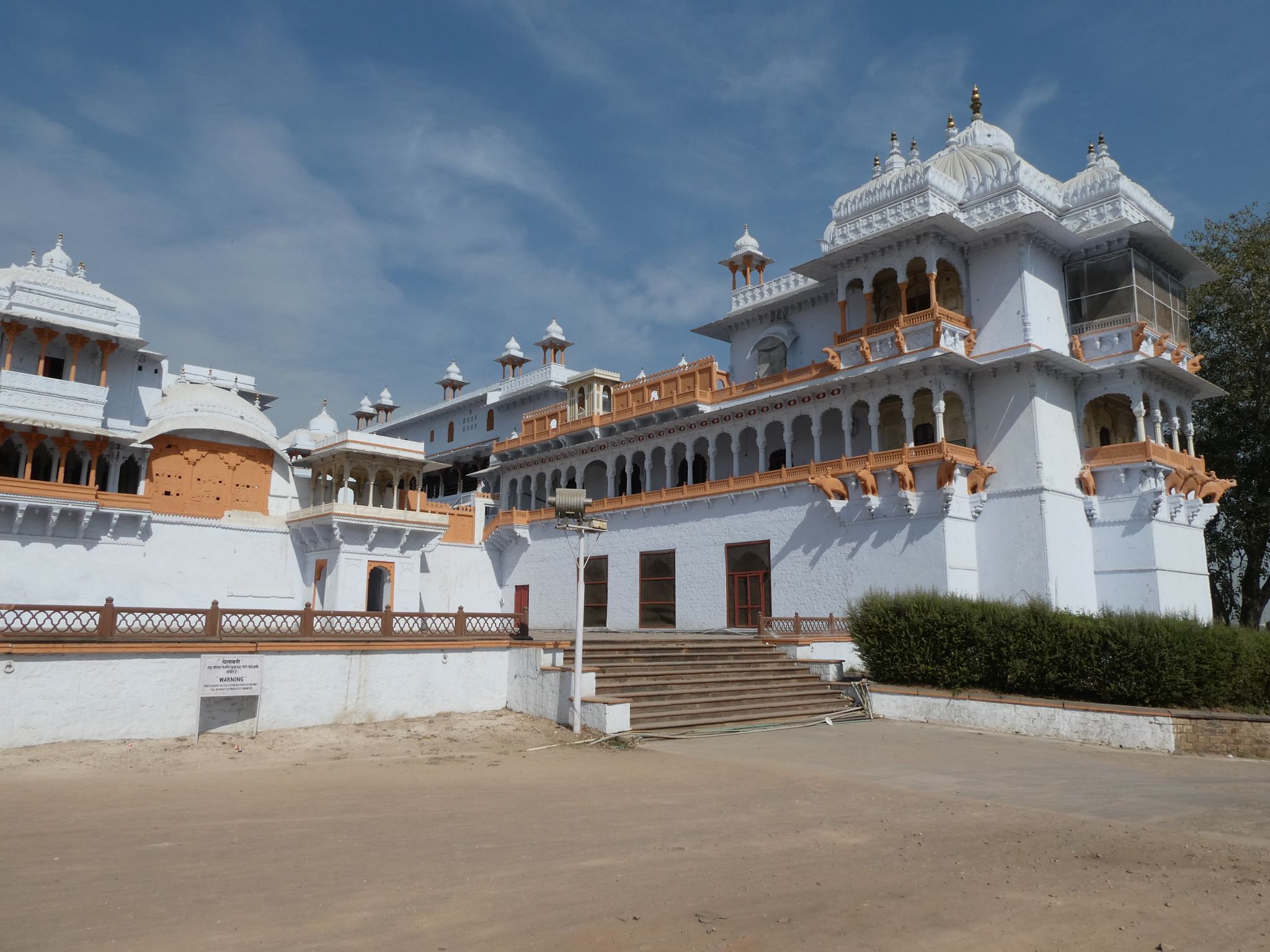 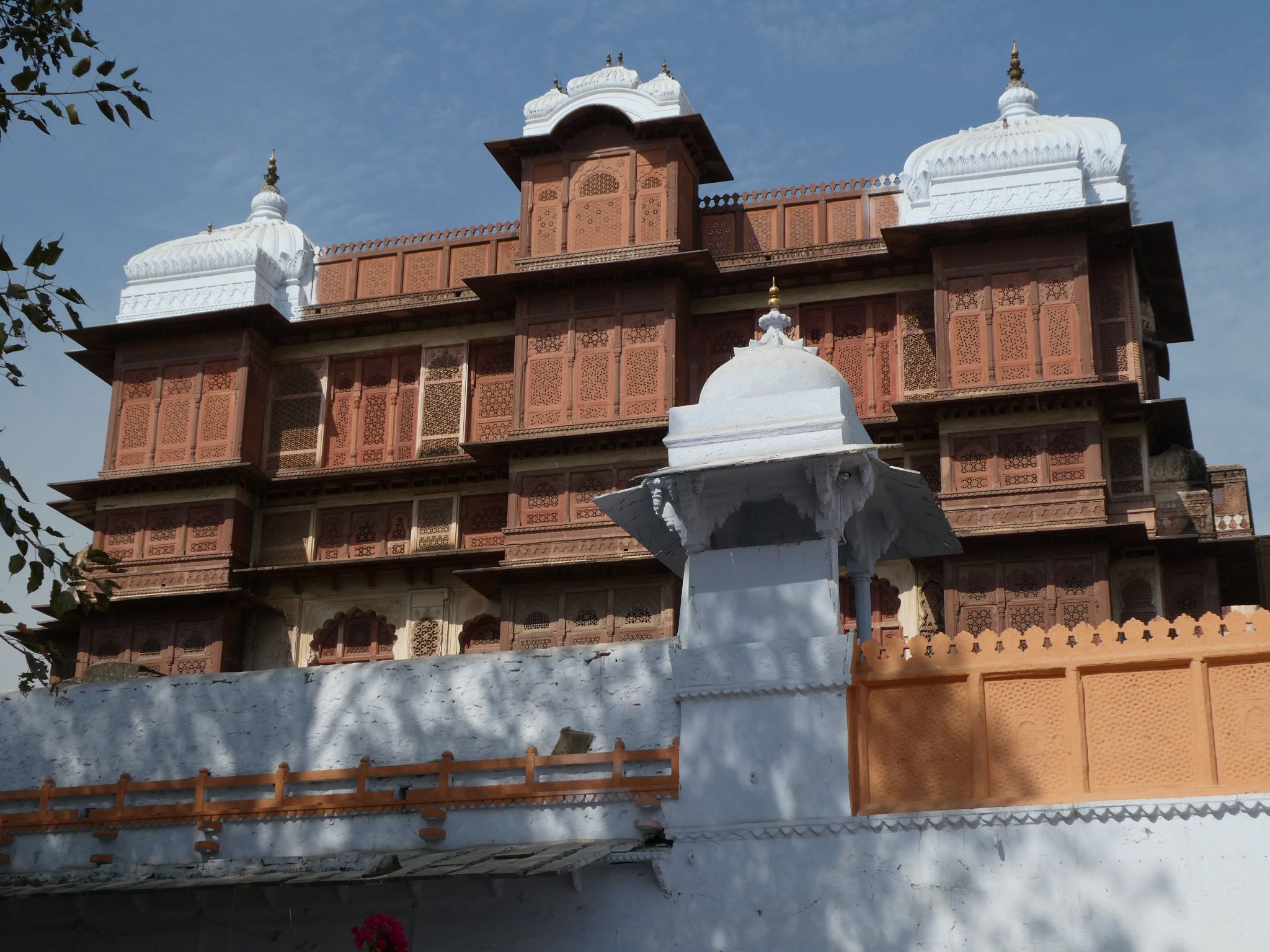 But we stayed in a very cute haveli, Palkiya Haveli, which has been in the same family for over 200 years.  It was hard to find, and homey rather than slick but had a genteel charm, as did the lovely family matriarch. 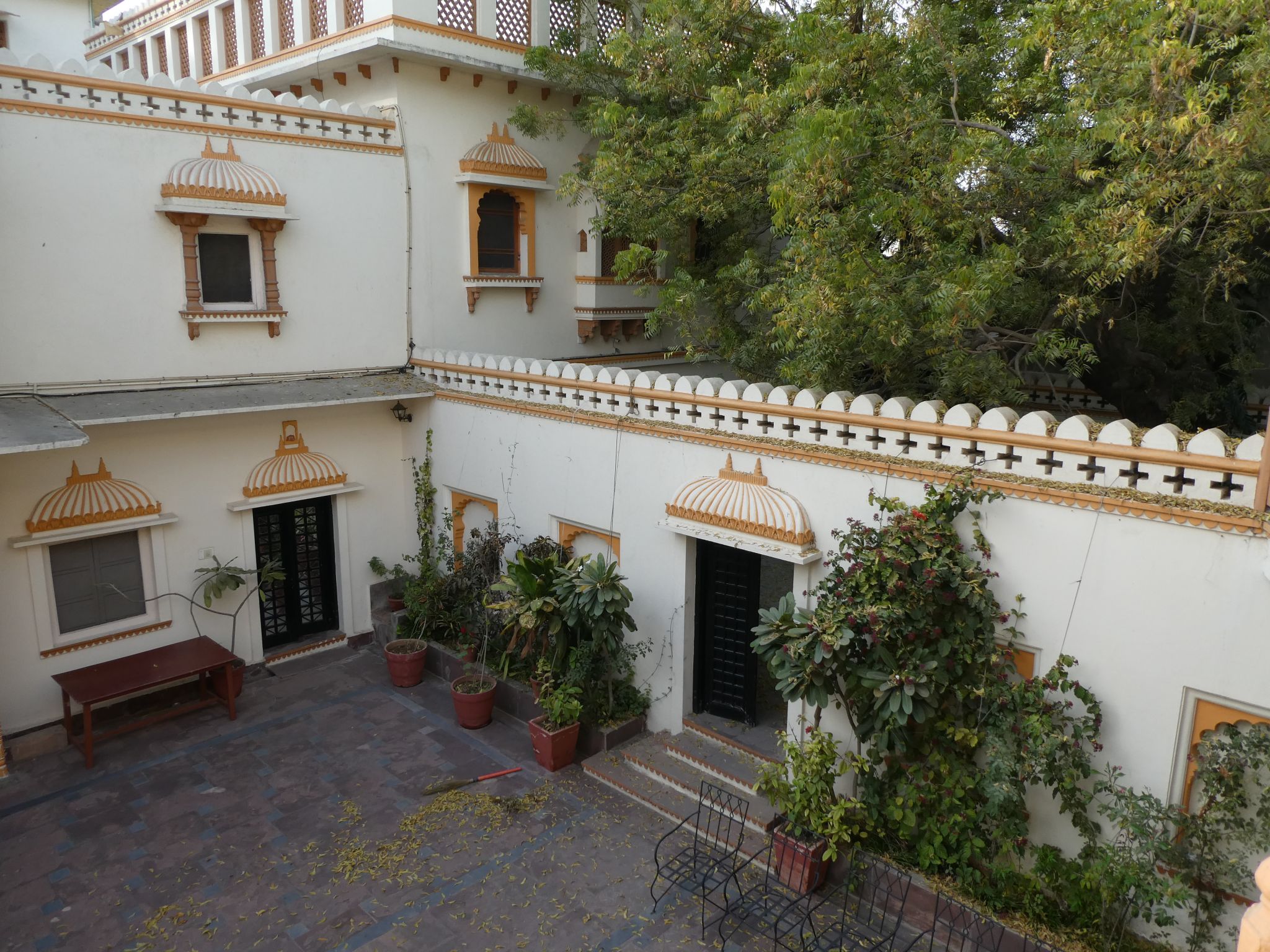 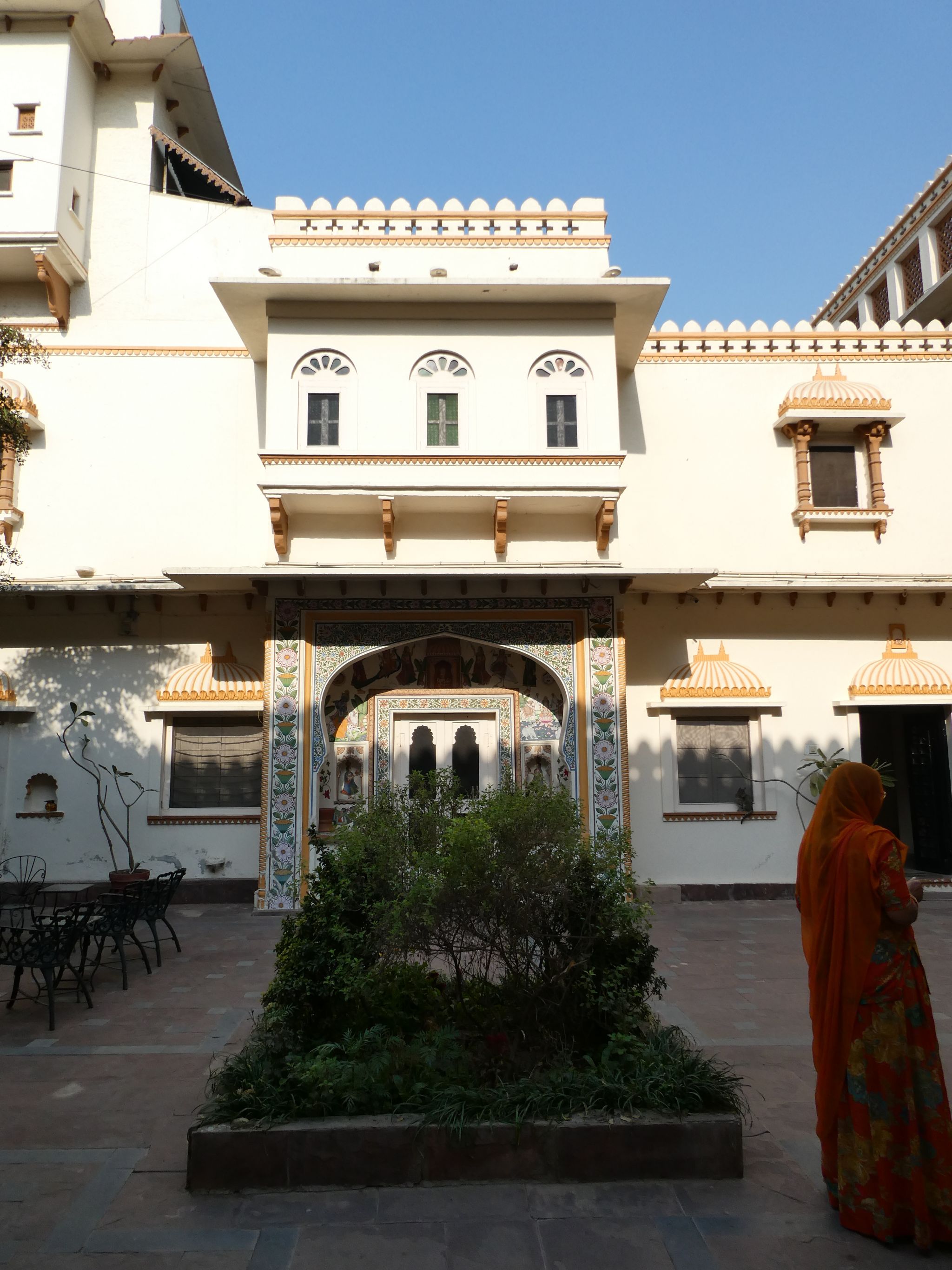 And it had cats! 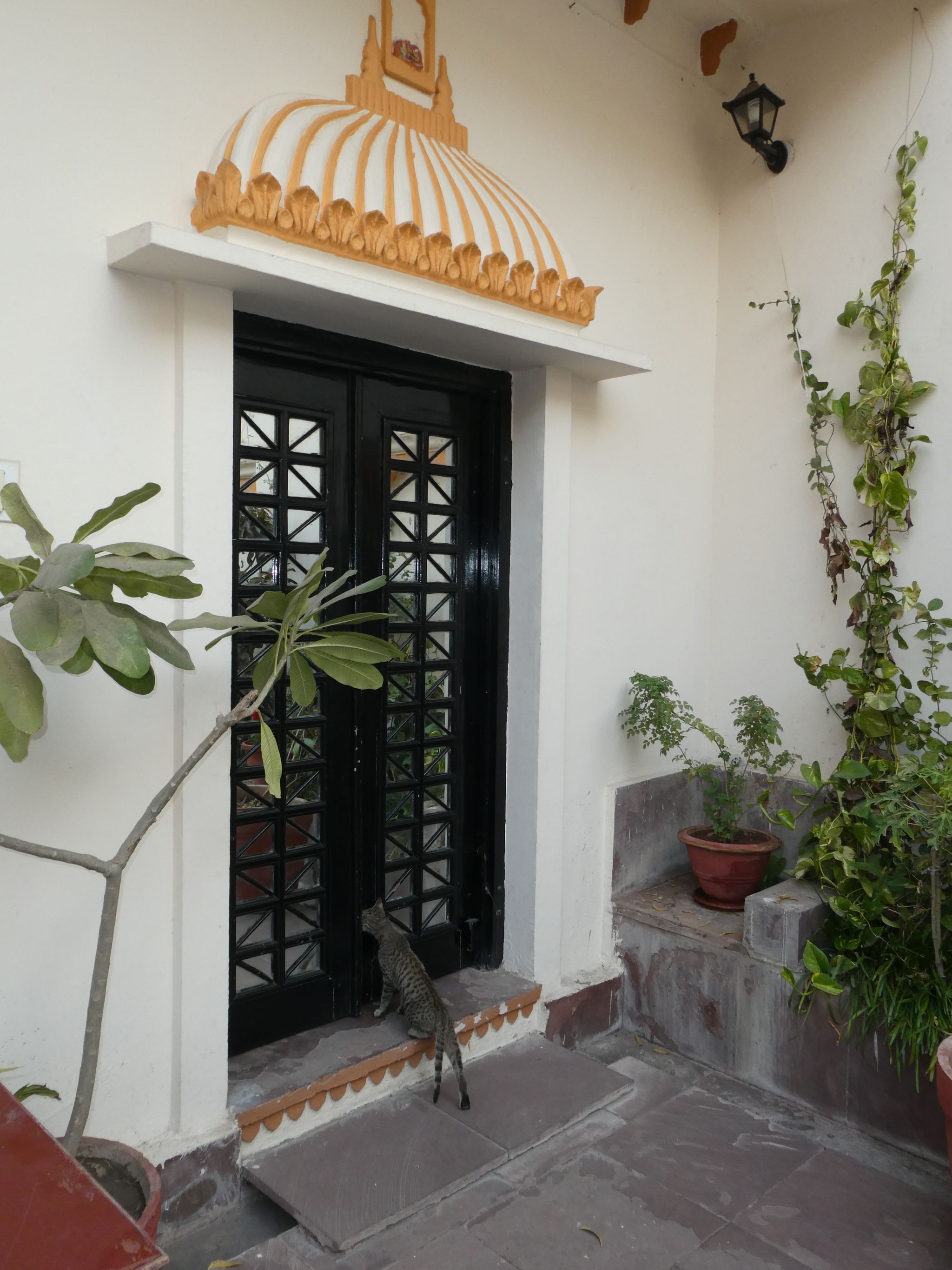