We arrived in Bundi with Holi in full swing (see previous post).  The next day the town was back to normal, save for the telltale signs of colour randomly splashed on walls, gutters and even some unfortunate dogs and cows. 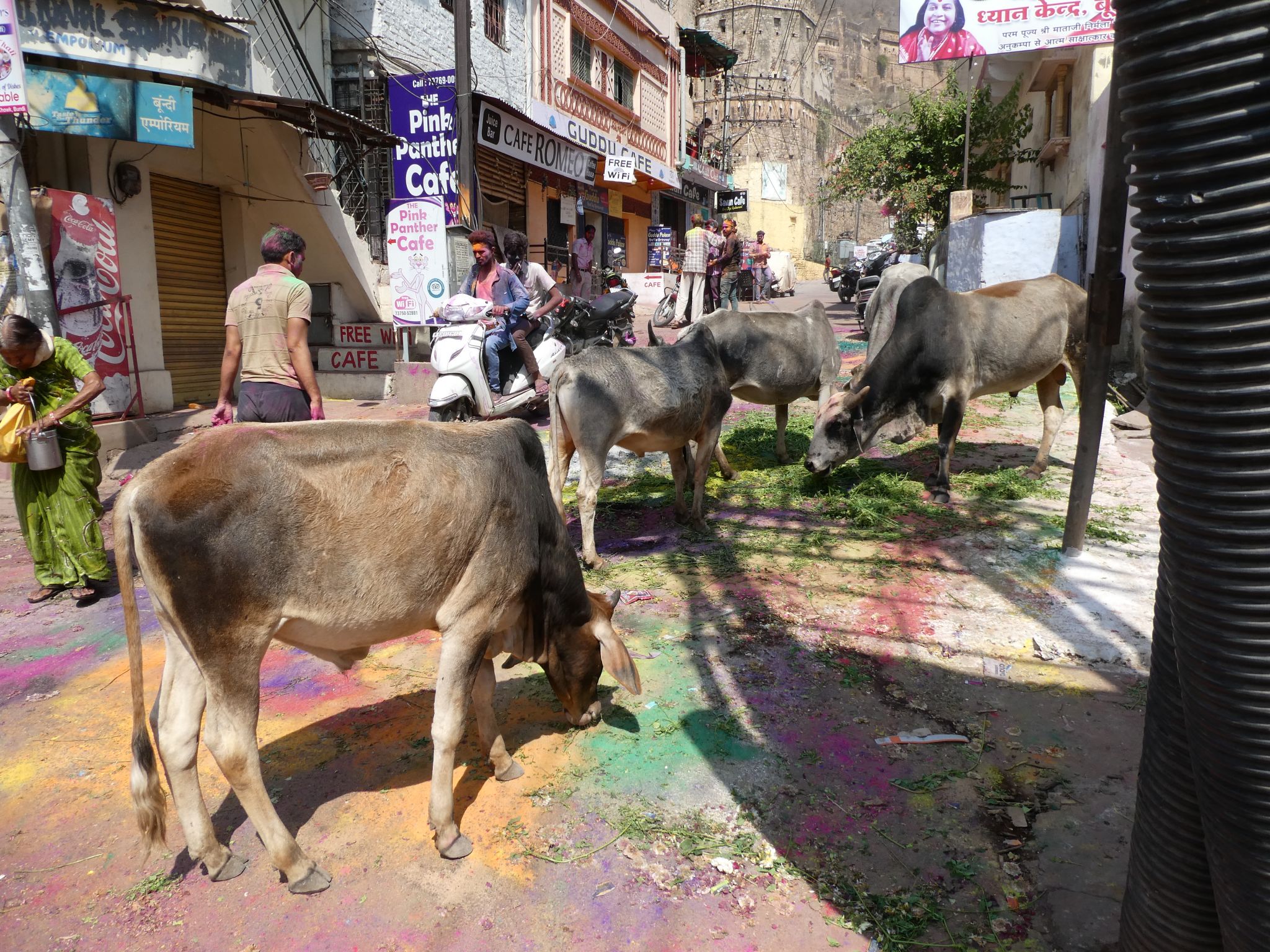 Bundi is a buzzy little town of winding lanes, market streets and old houses, dating to the 12th century.  It is small (about 100,000 people) and feels even smaller.  It has an almost village feel, except for the many, many motor cycles zooming at speed through the lanes using a horn as a substitute for careful driving. 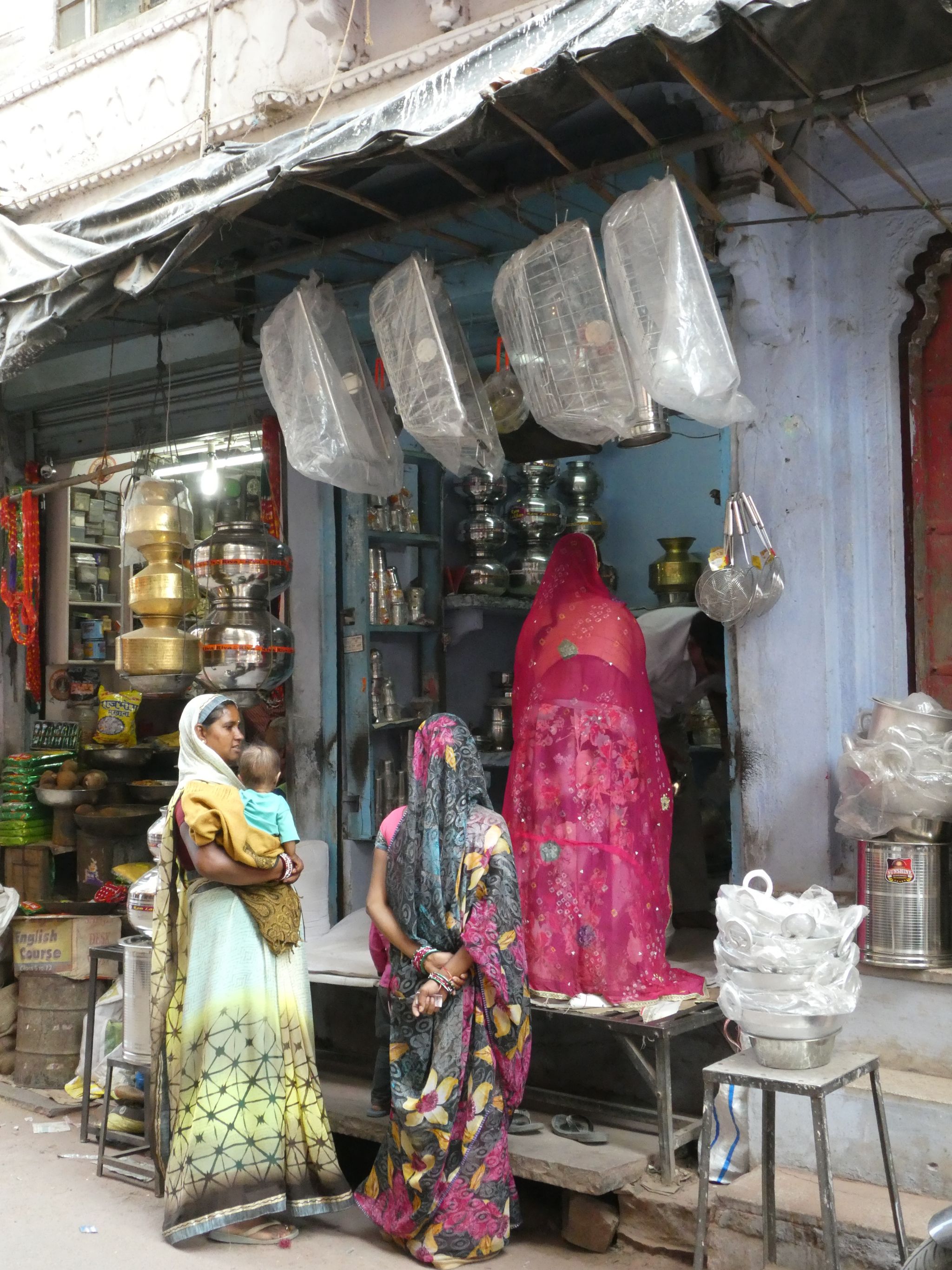 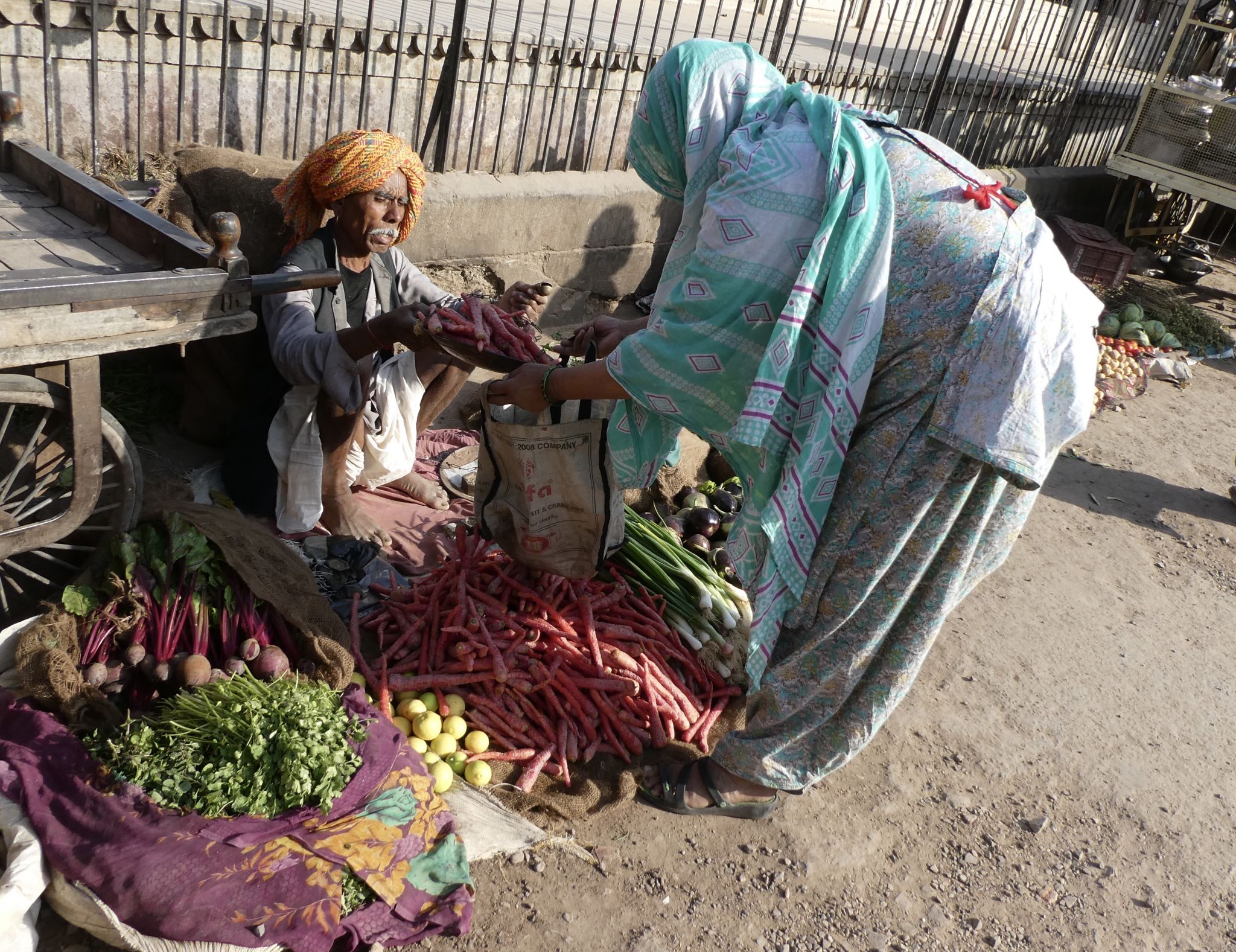 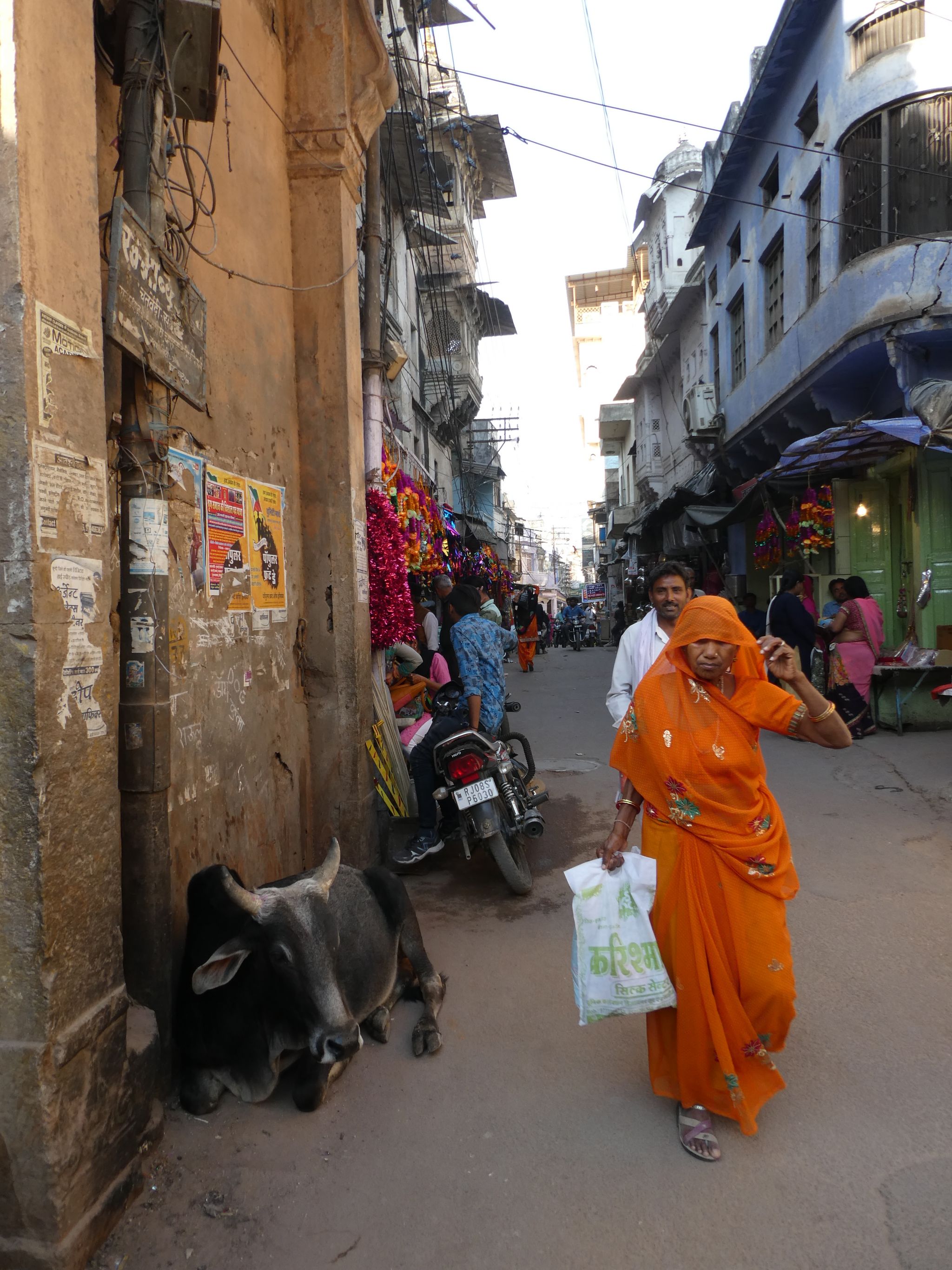 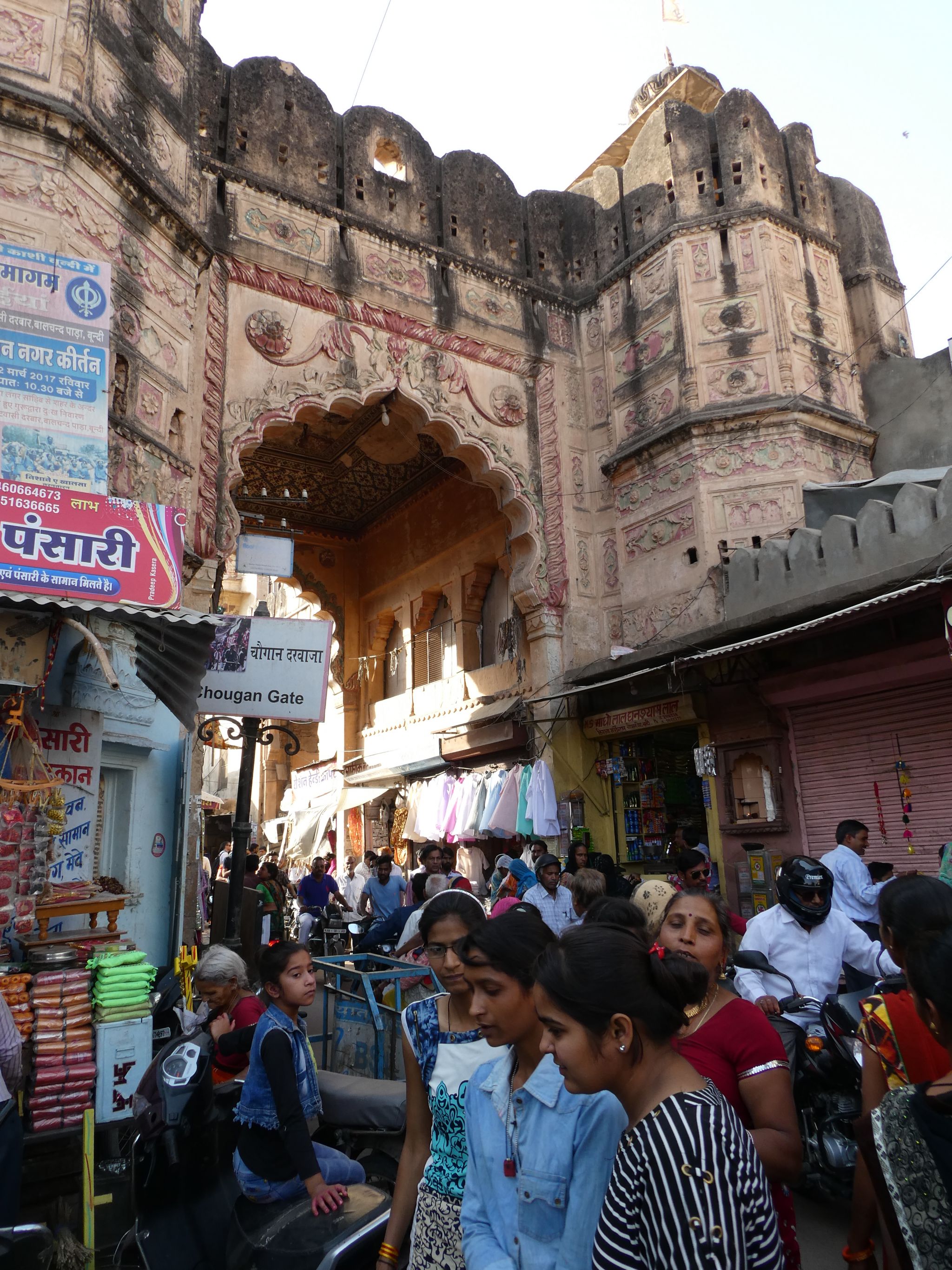 The lanes are full of interesting murals on house fronts and cattle snoozing at will. 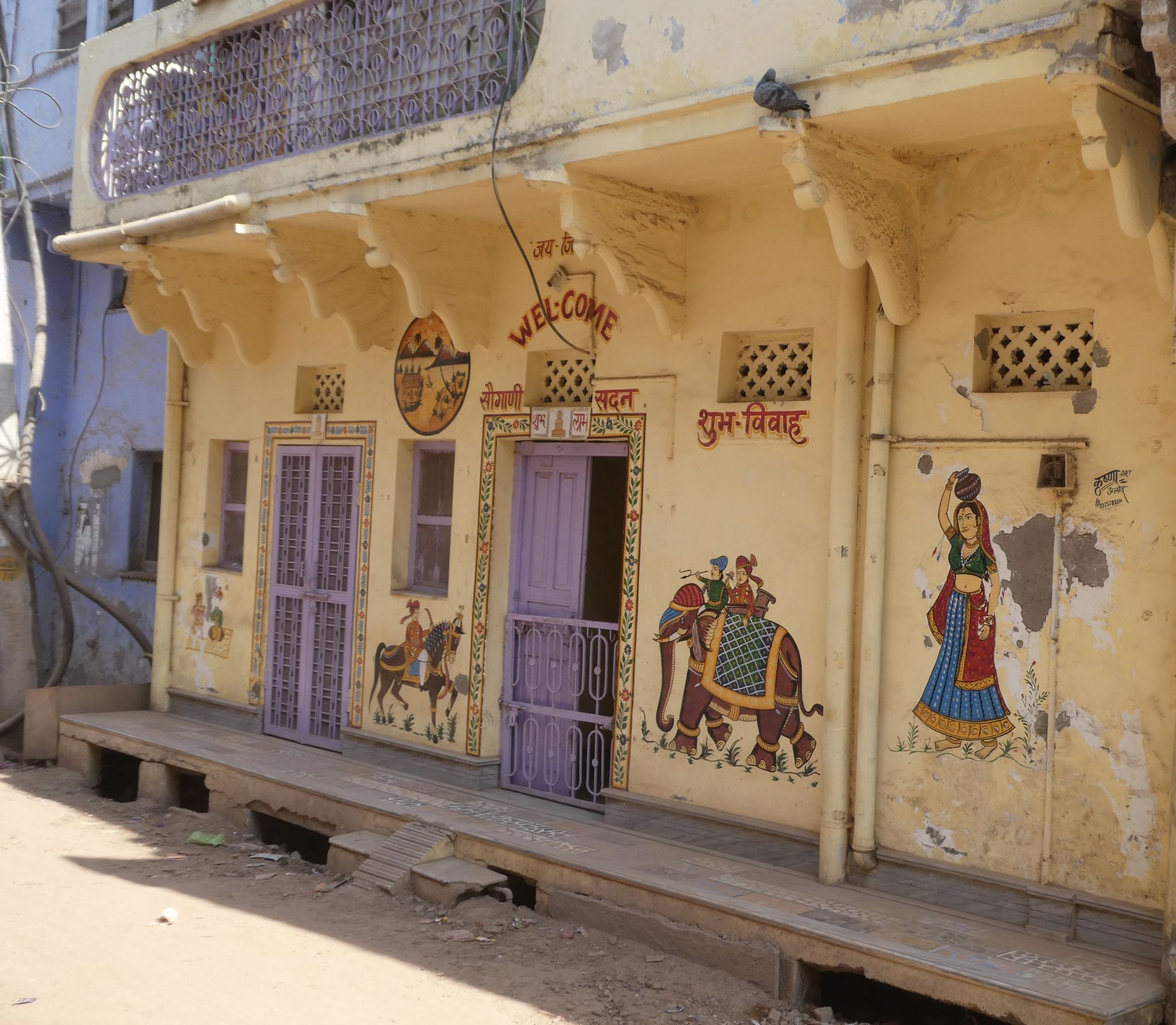 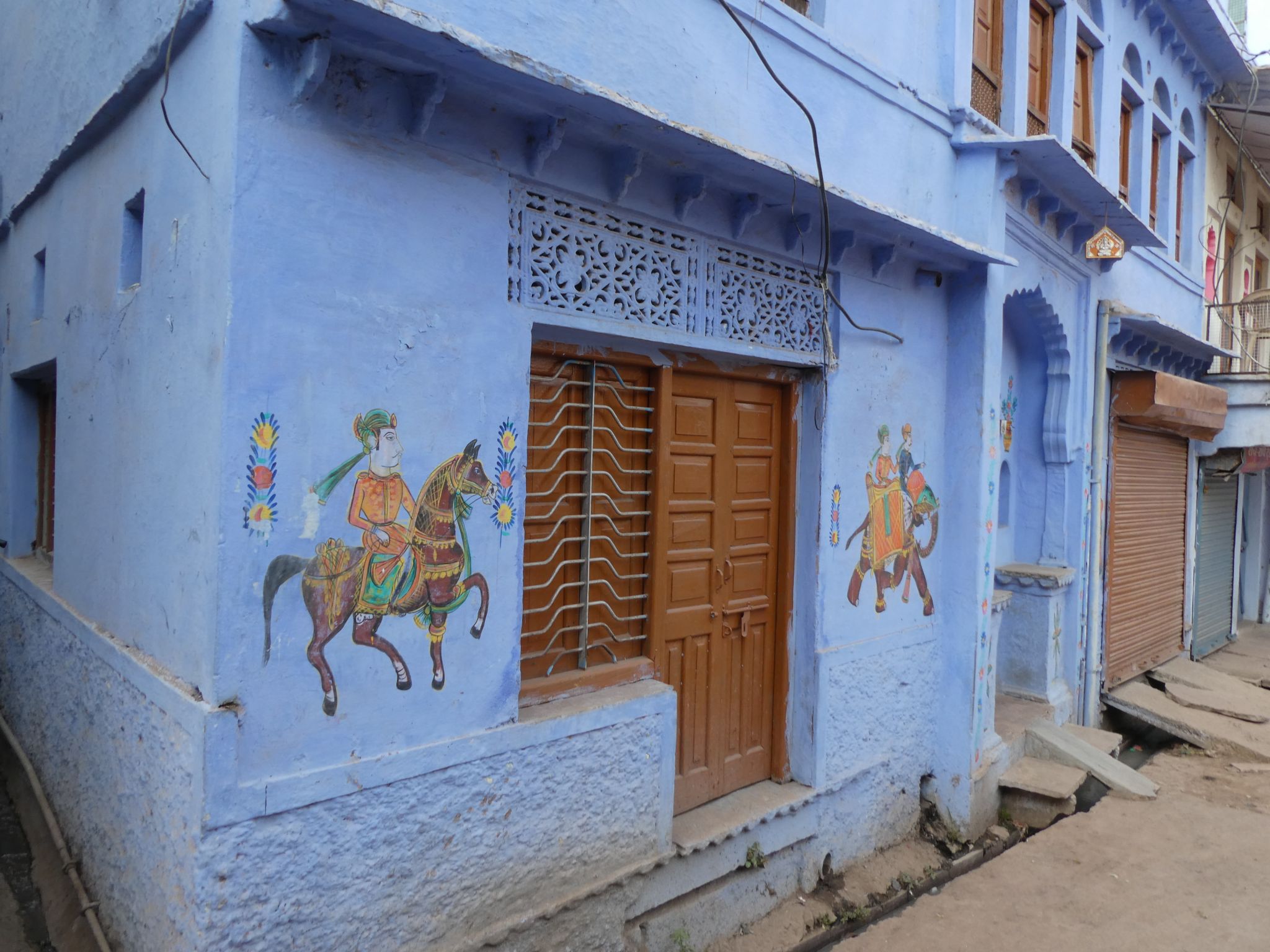 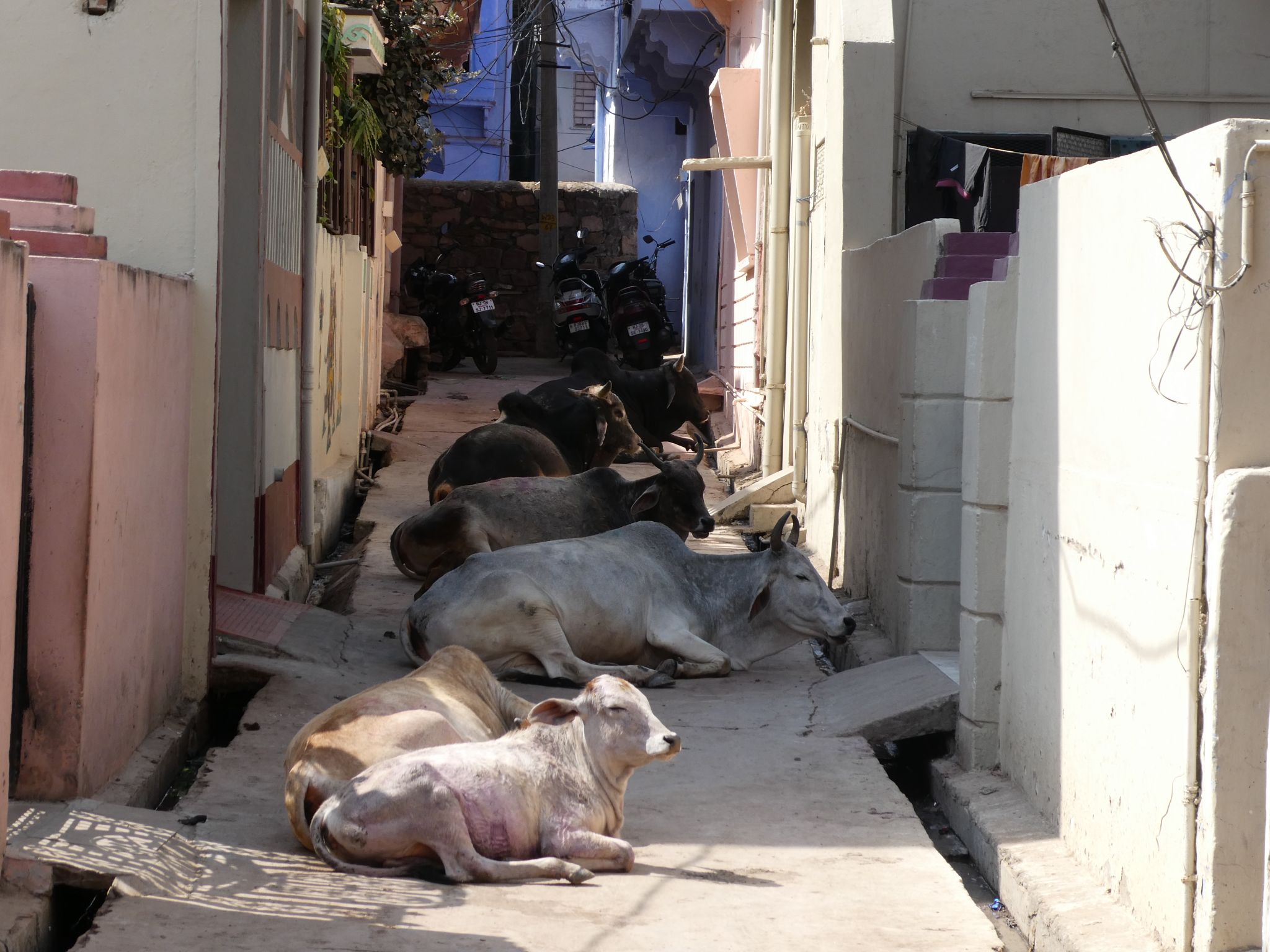 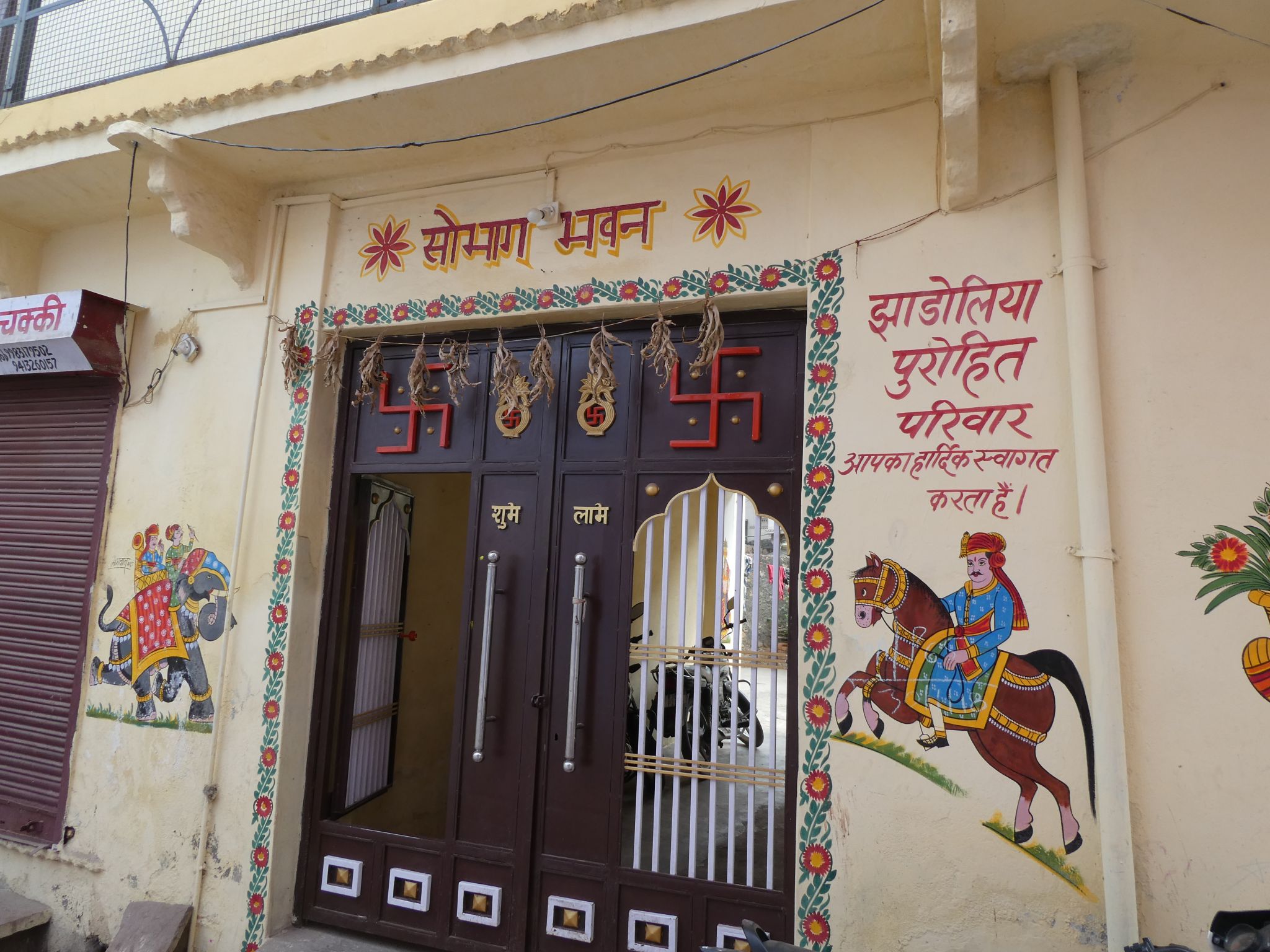 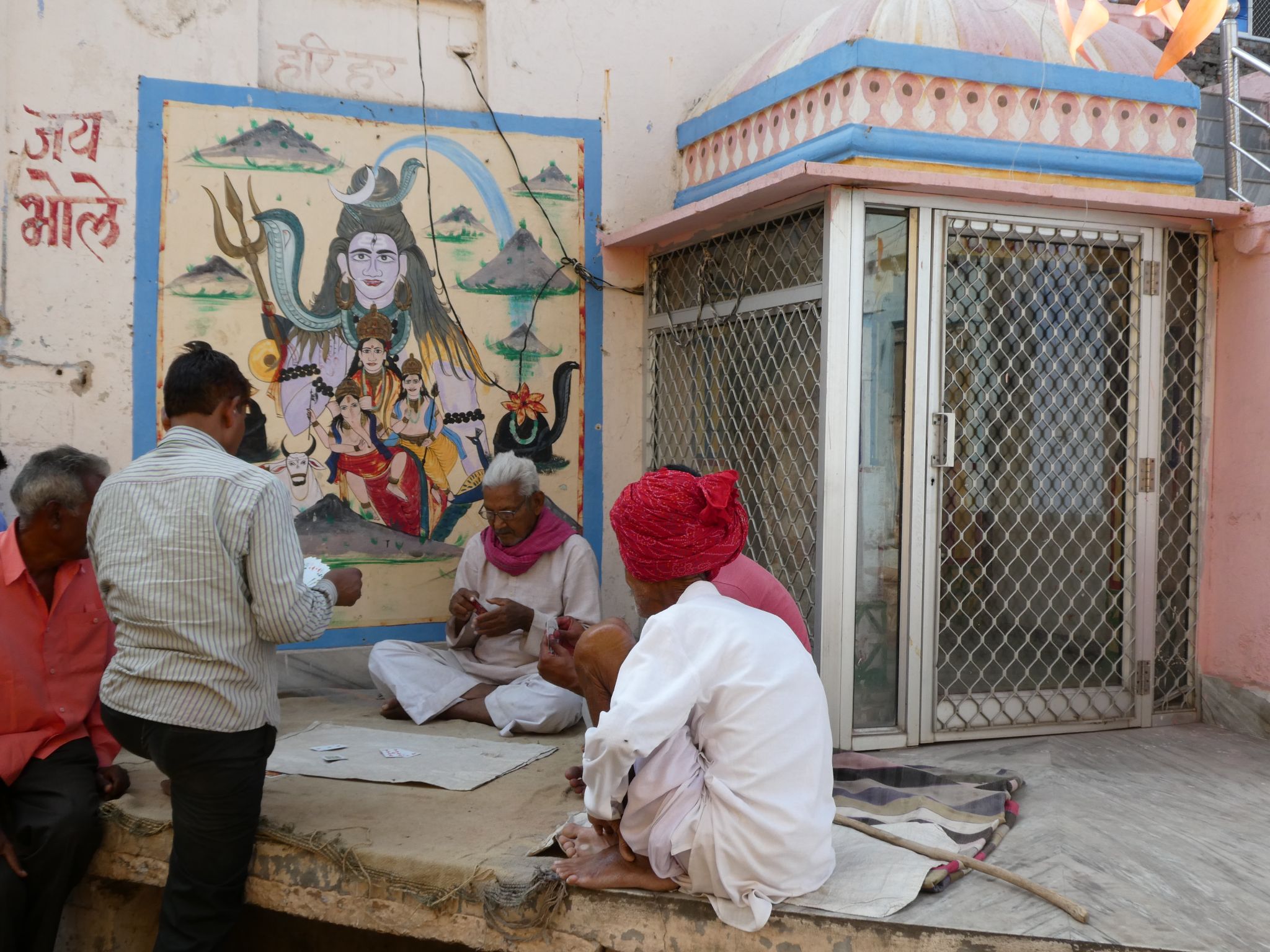 The town is surrounded by hills and the beautiful, crumbling Bundi Palace looks down over the town from the top of a hill an easy walk up through town.  It was built in the early 1600s and remained the home of the Bundi royal family until 1948.

Rudyard Kipling said, “Jaipur Palace may be called the Versailles of India; Udaipur’s House of State is dwarfed by the hills round it and the spread of the Pichola Lake; Jodhpur’s House of Strife, gray towers on red rock, is the work of giants, but the Palace of Bundi, even in broad daylight, is such a palace as men build for themselves in uneasy dreams – the work of goblins rather than of men”. 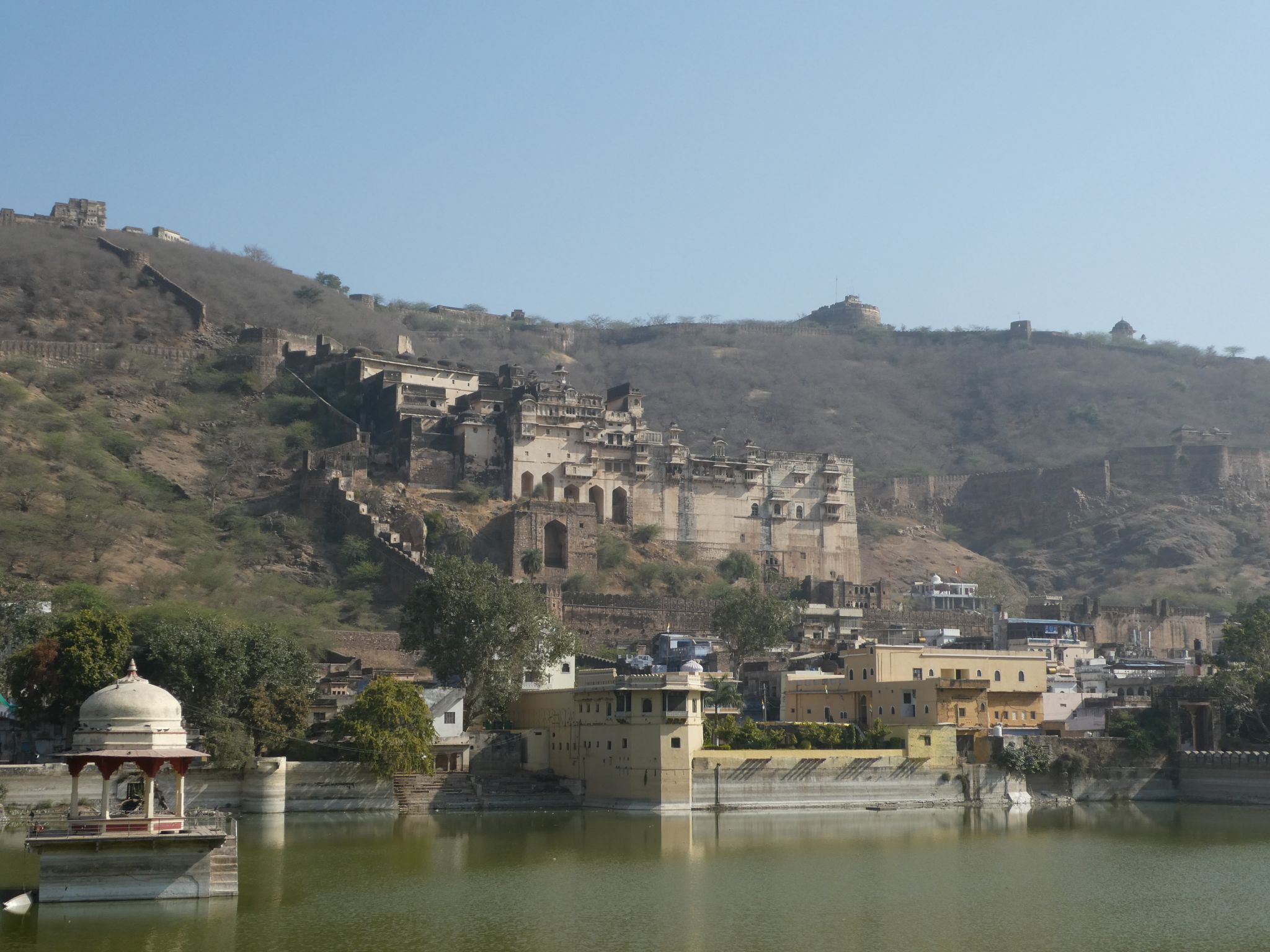 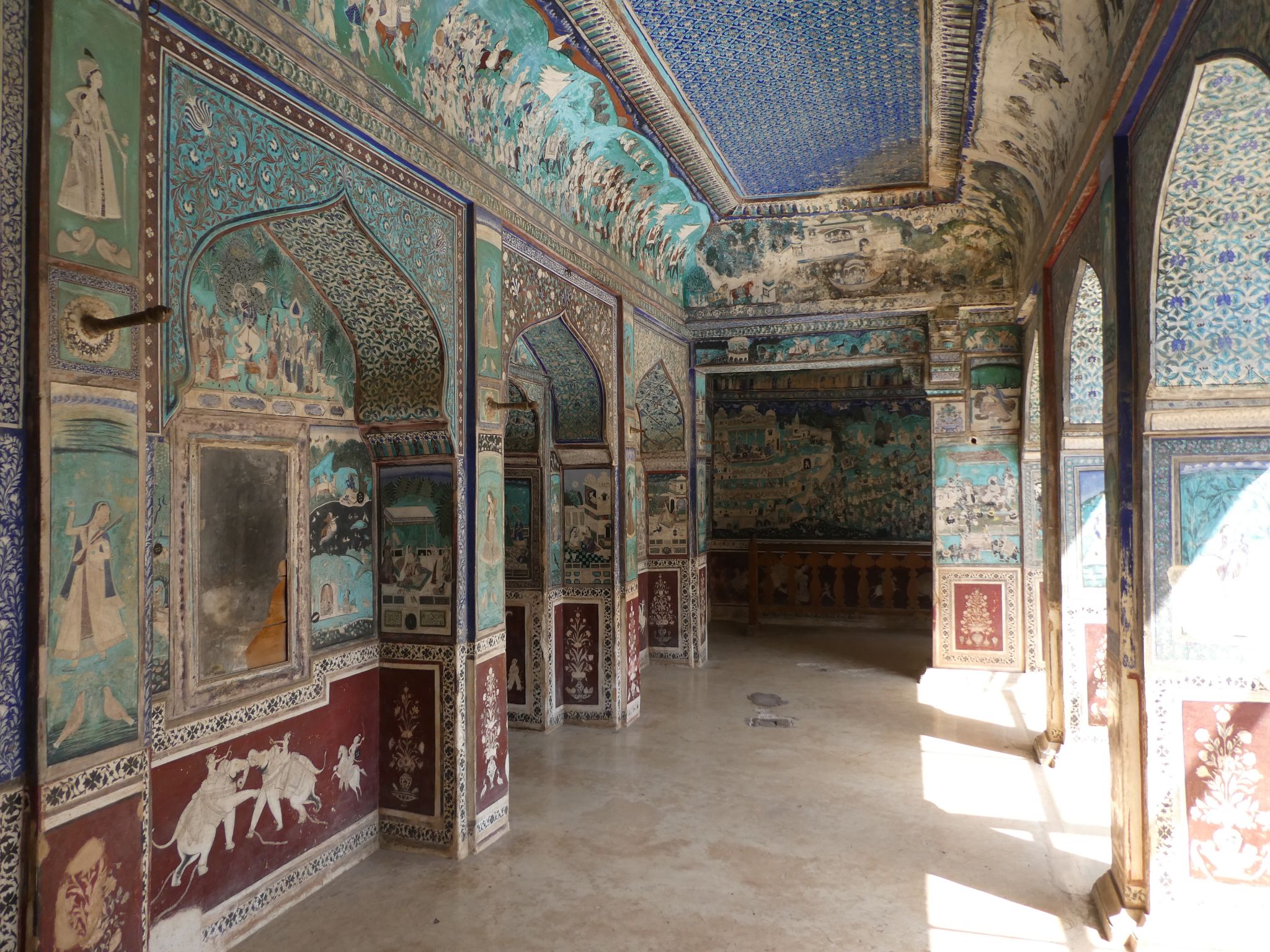 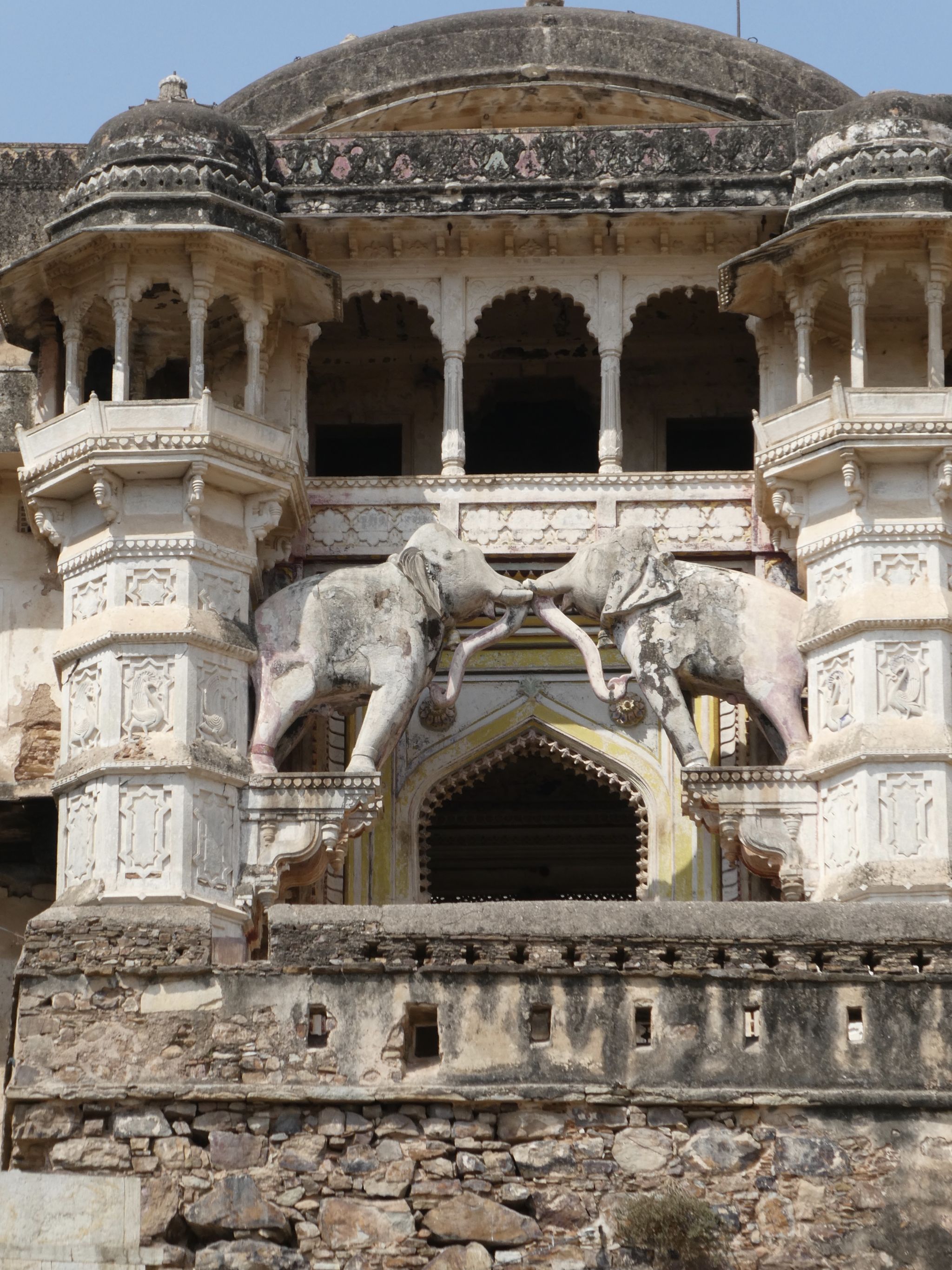 Bundi is known for its baoris (step wells).  It once had more than 60 of these and, sadly, many have been fillled in, or have fallen into disrepair and been fenced off.  However, a number have been beautifully restored. 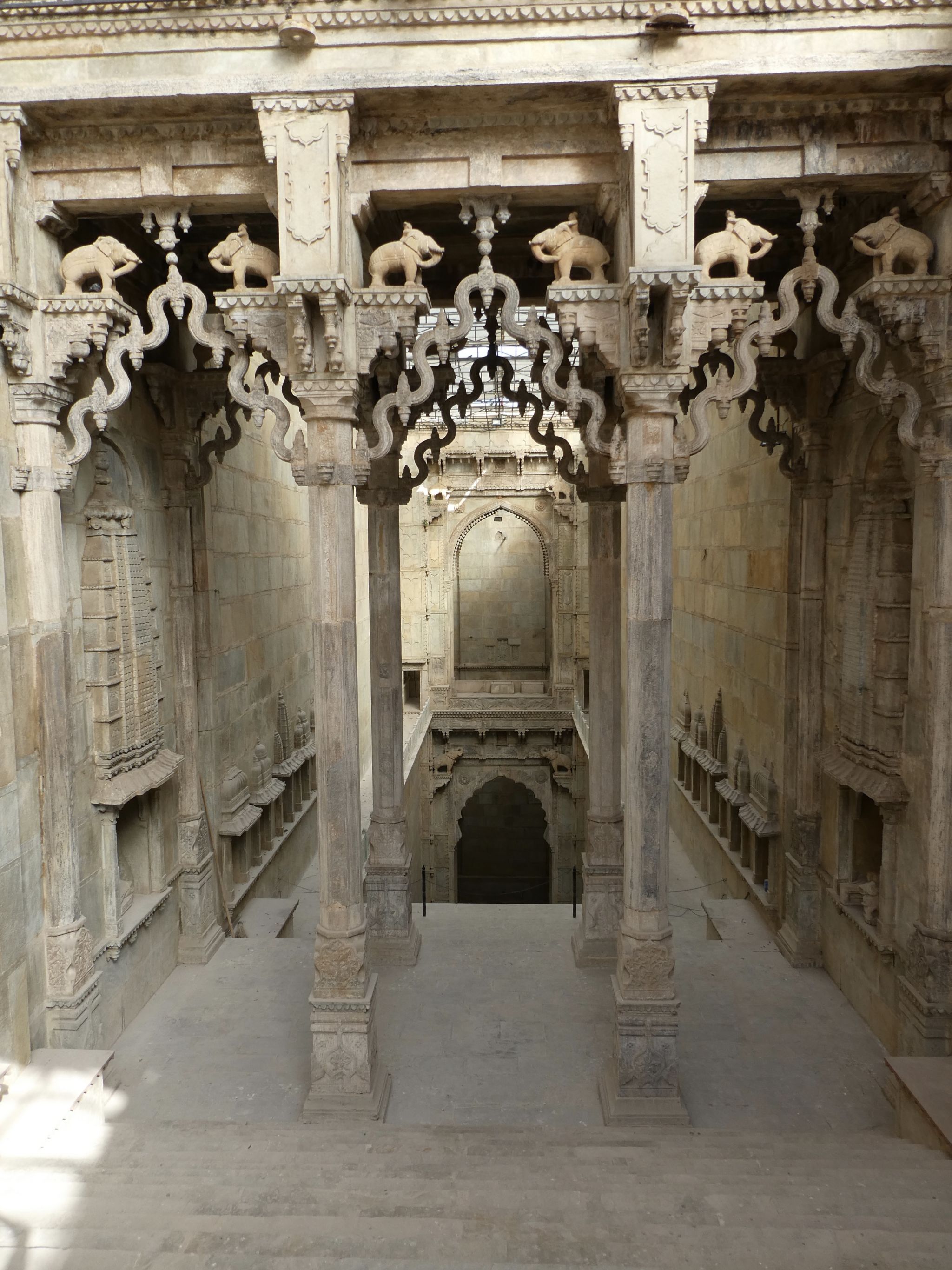 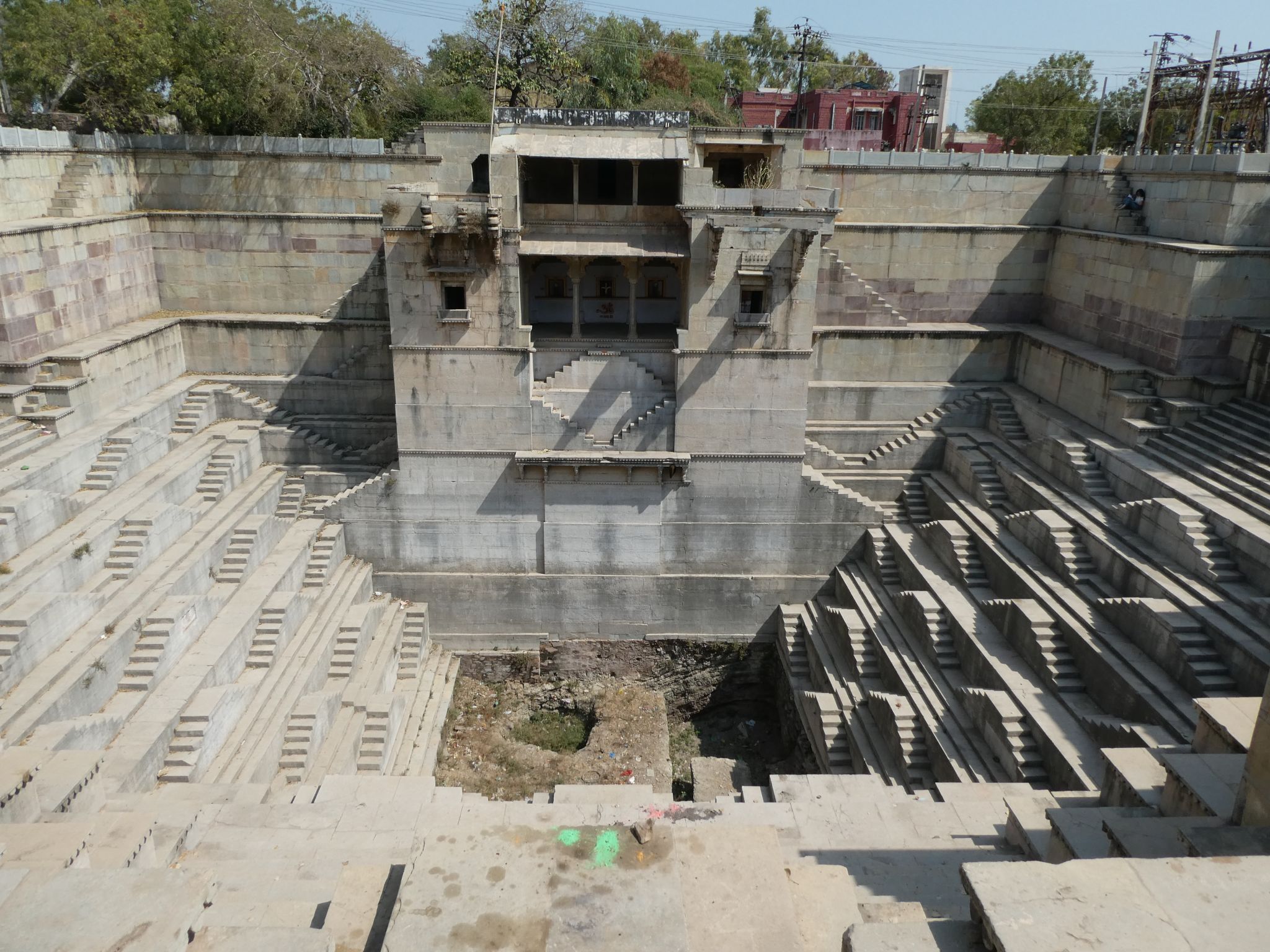 A short walk out of town is Bundi’s Summer Palace.  Rudyard Kipling wrote part of his novel, Kim whilst staying here.  It is perched on a lake and has an interesting Kipling exhibition. 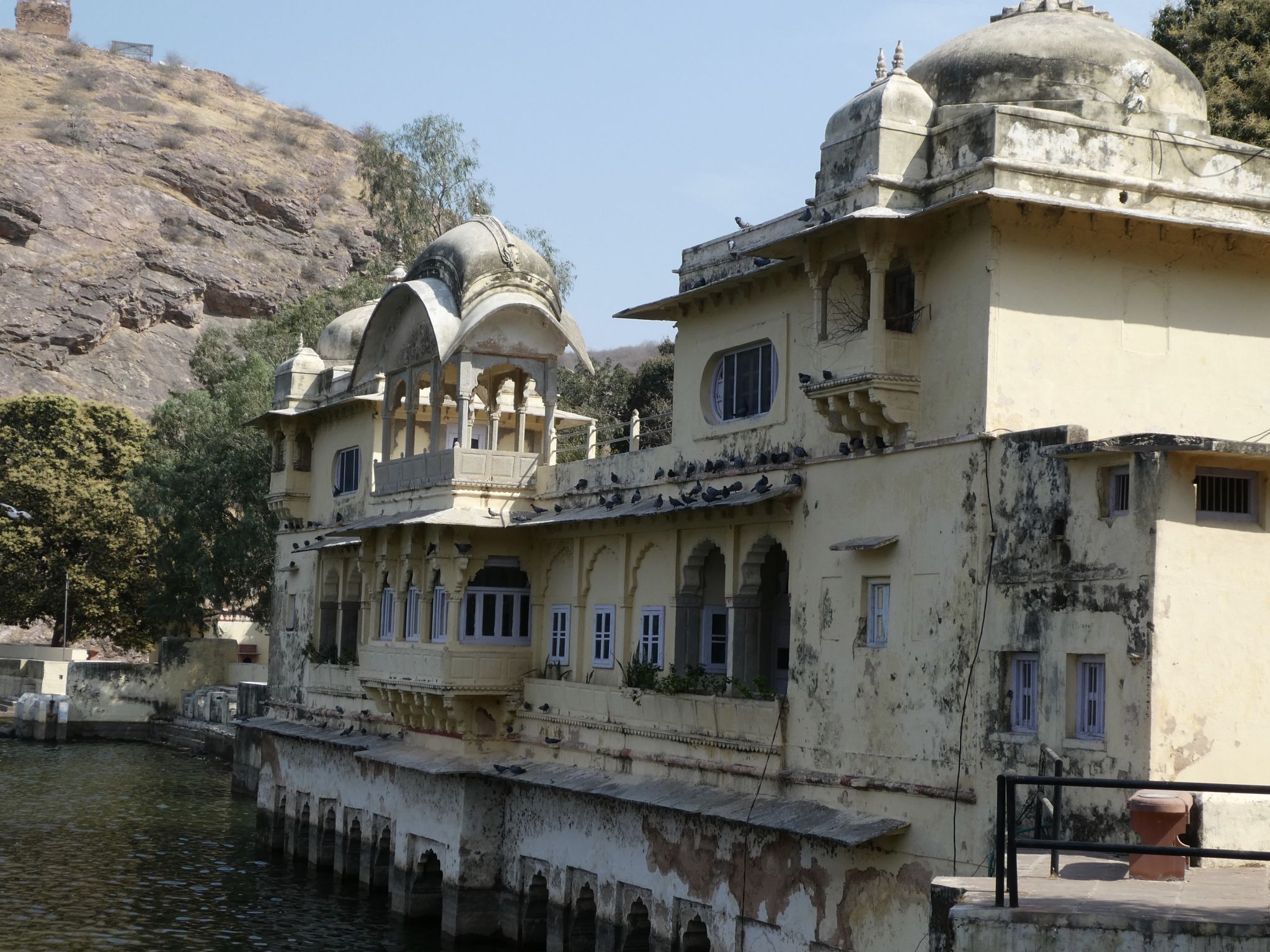 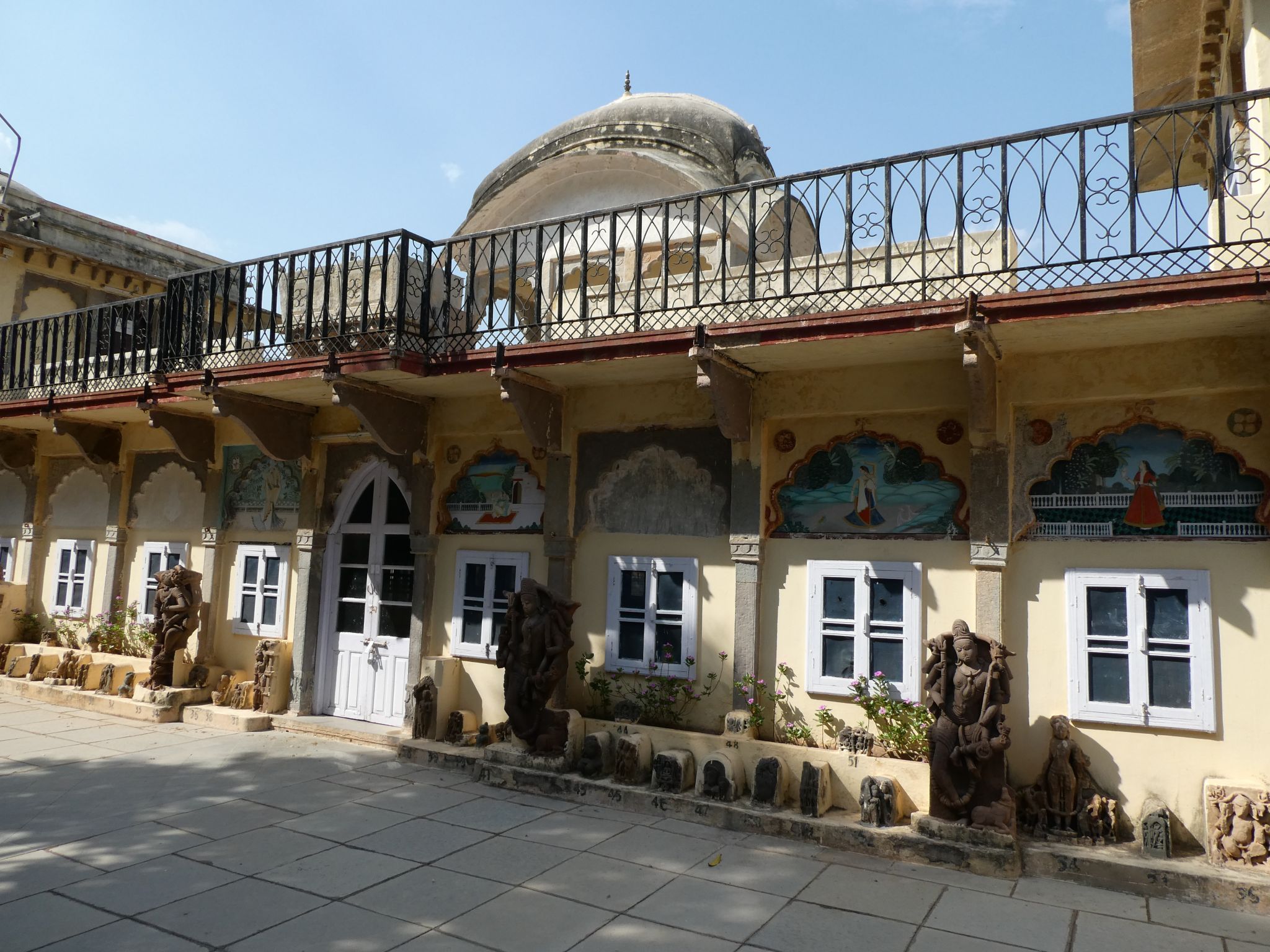 The grounds are home to a large colony of grey langurs. 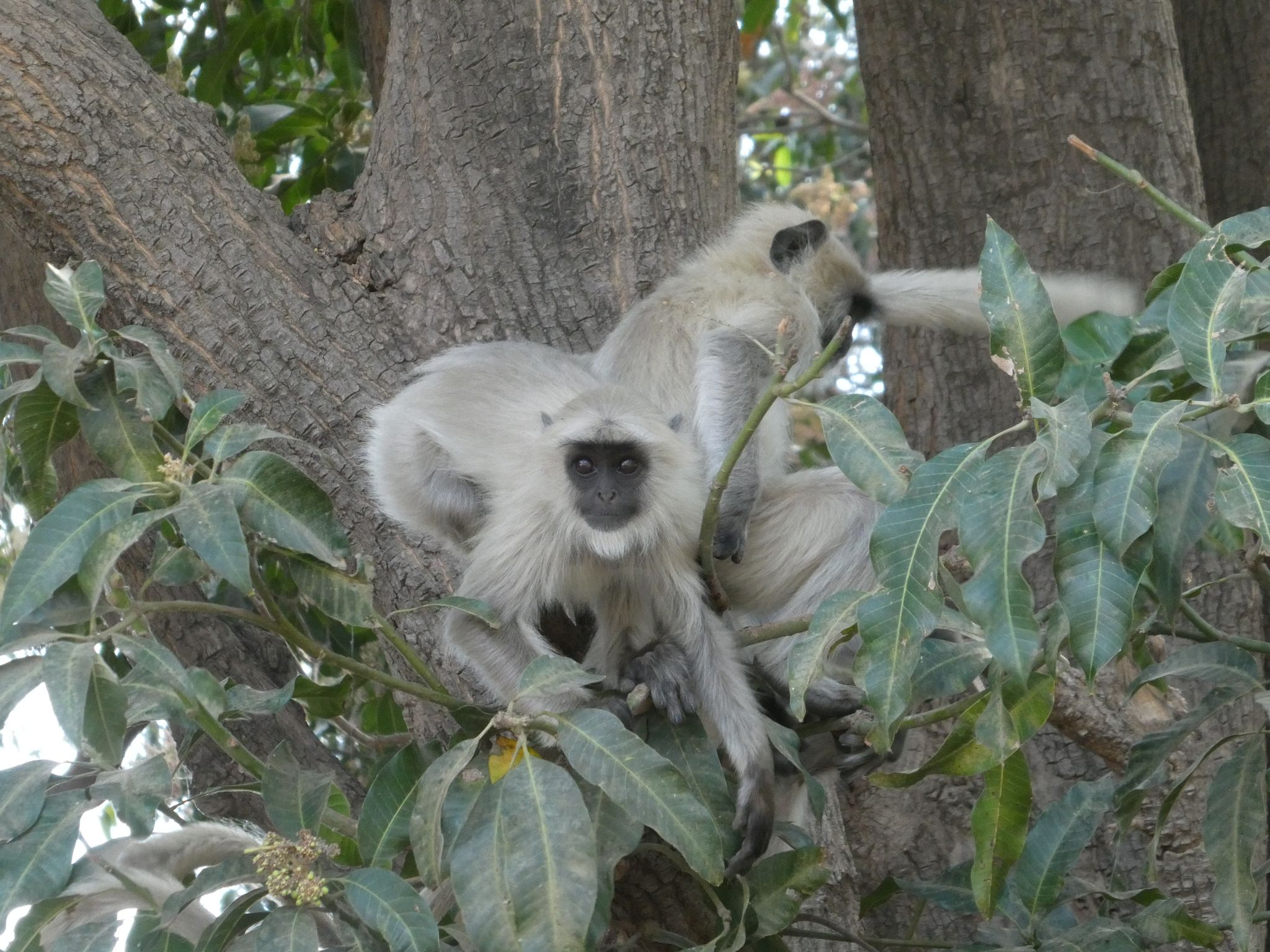 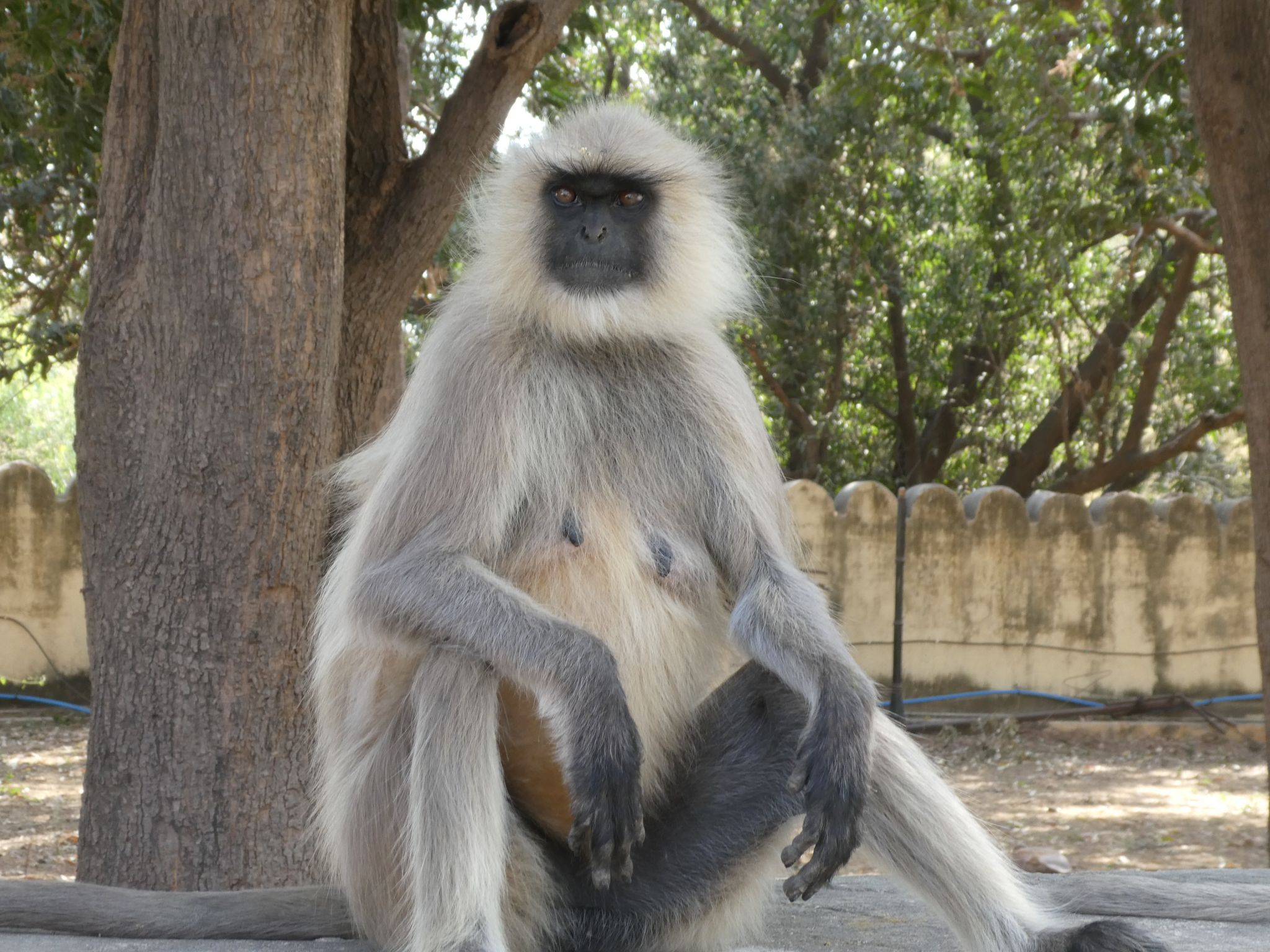 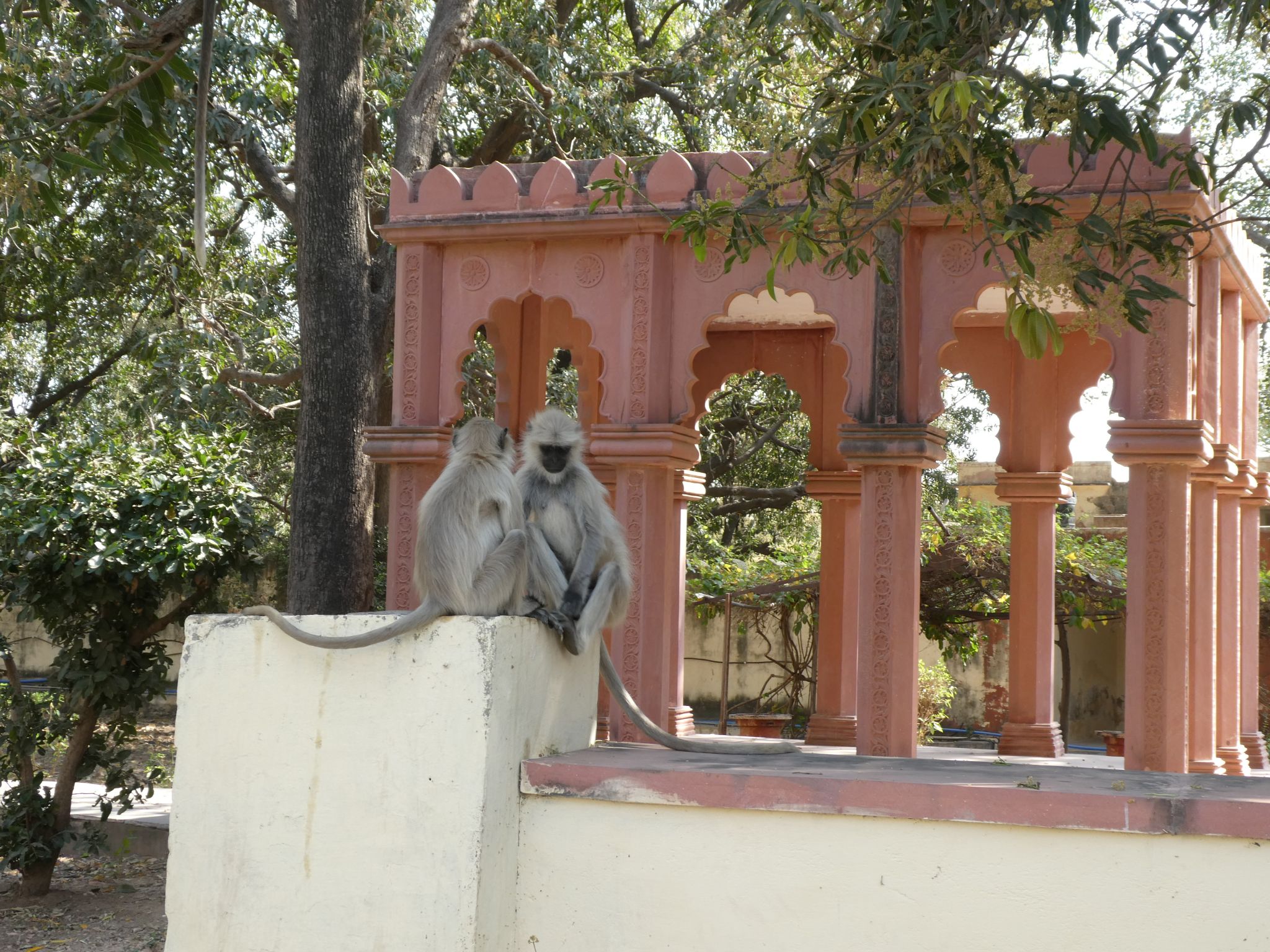 We stayed at the wonderful Dev Niwas, a meticulously kept haveli with lovely rooms built around a central courtyard – very central to town but quiet and peaceful thanks to the design.  It had a rooftop terrace restaurant with unbeatable views of the Palace.  A perfect place for a sundowner and dinner watching the changing light and then the Palace lit up at night. 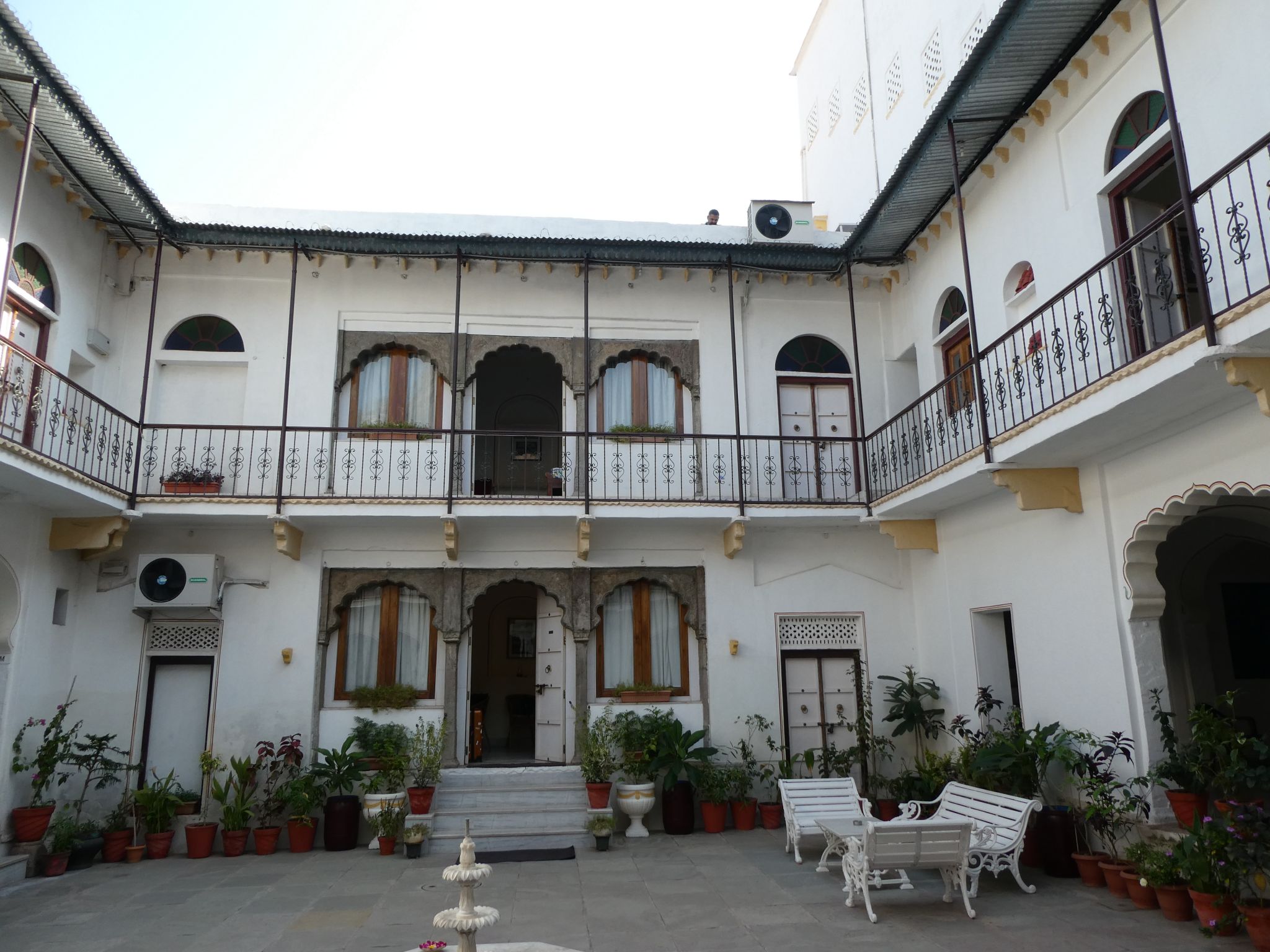 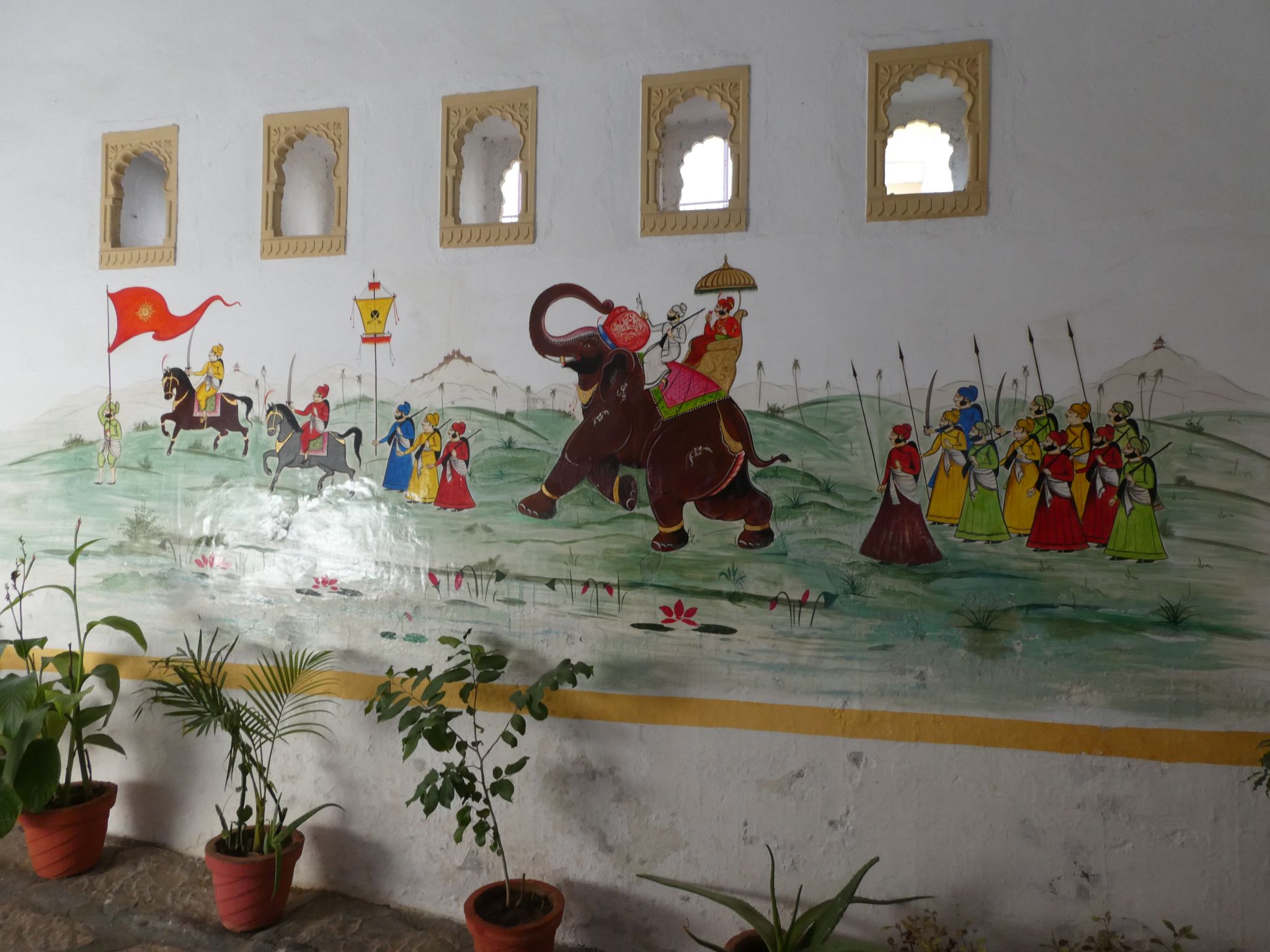 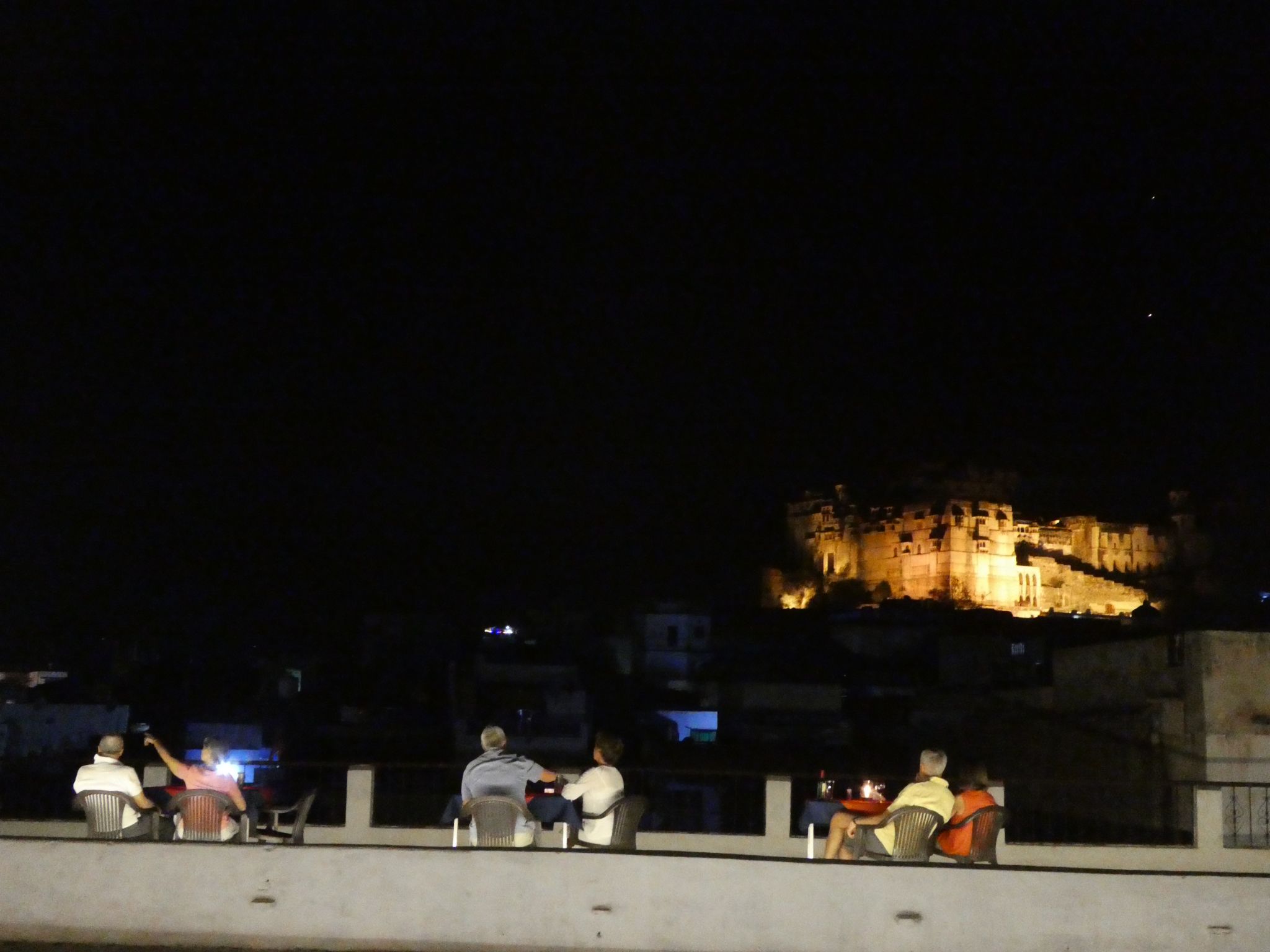