We’ve seen a few changing of the guard ceremonies around the world, ranging from the heartbreakingly moving (Tomb of the Unknown Soldier, Arlington National Cemetery, Virginia, USA) to the outright silly (Parliament building, Syntagma Square, Athens, Greece where the pom pom shoes and goose stepping look to be straight out of Monty Python’s Ministry of Silly Walks skit).

The border closing ceremony at the India-Pakistan border falls more toward the Athens end of the spectrum.  It has theatre, choreographed moves, silly hats and high riding pants.

When the English partitioned India and (then) West Pakistan, the line on the map didn’t follow any natural features, like a river or a mountain range, so some time later one guy from each side just went out and agreed on a point and put some stones down to mark it.

Relations between the two countries are, shall we say, a little fraught these days, and neither side is leaving anyone in any doubt where the border is. 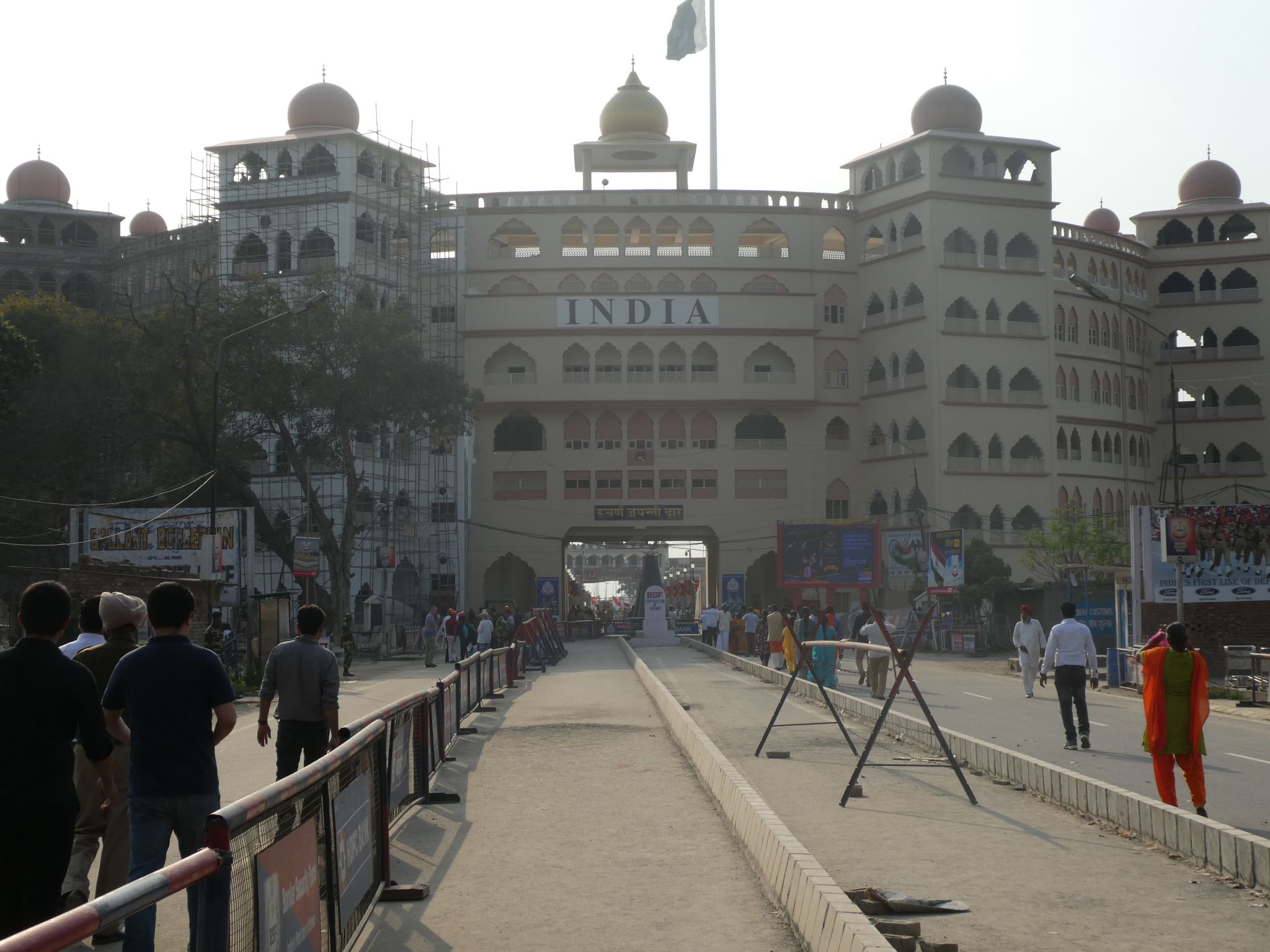 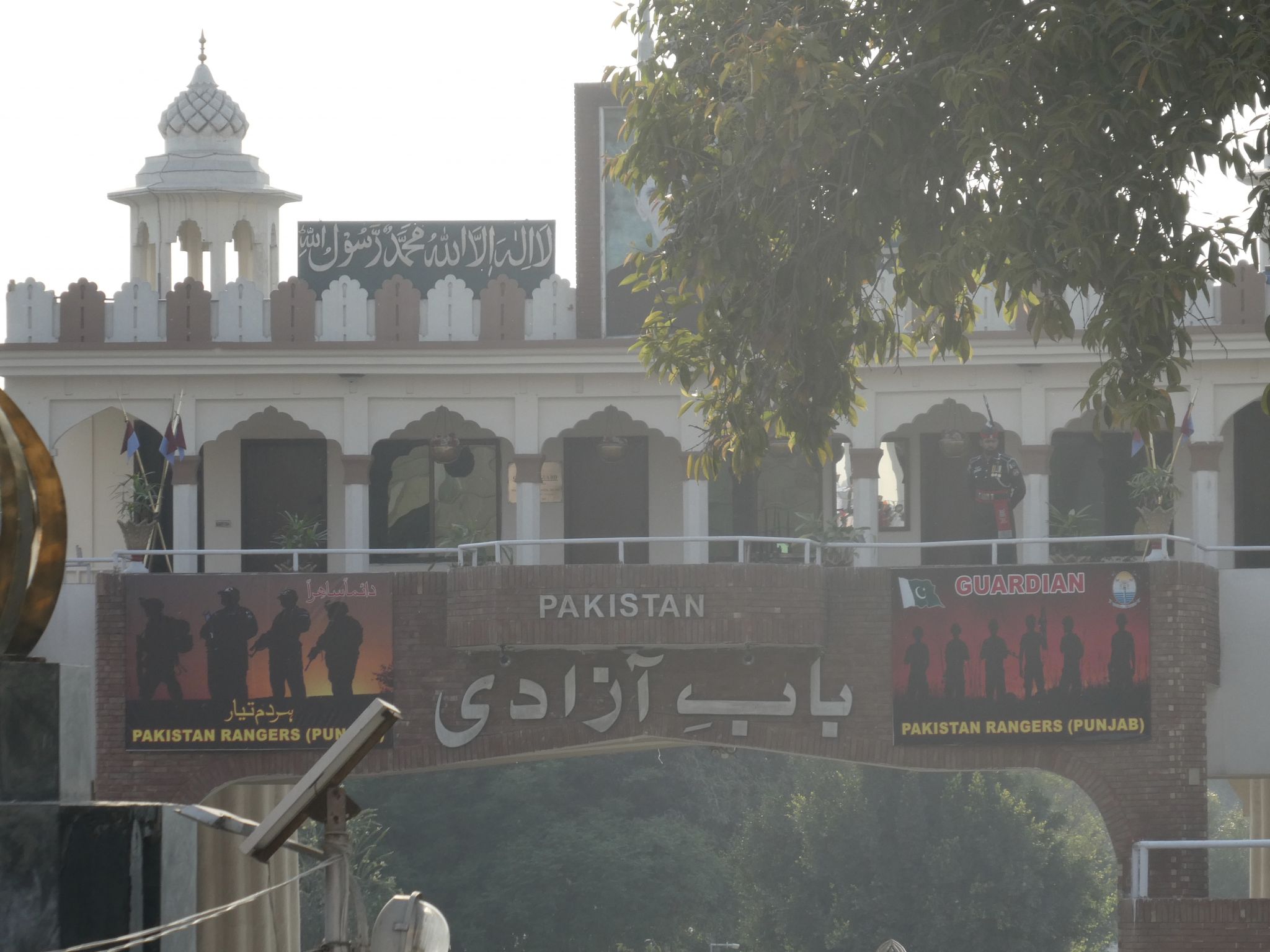 Indians go en masse to watch the daily ceremony to close the border, and before the ceremony starts there is a lot of chanting, cheering, dancing and air punching. 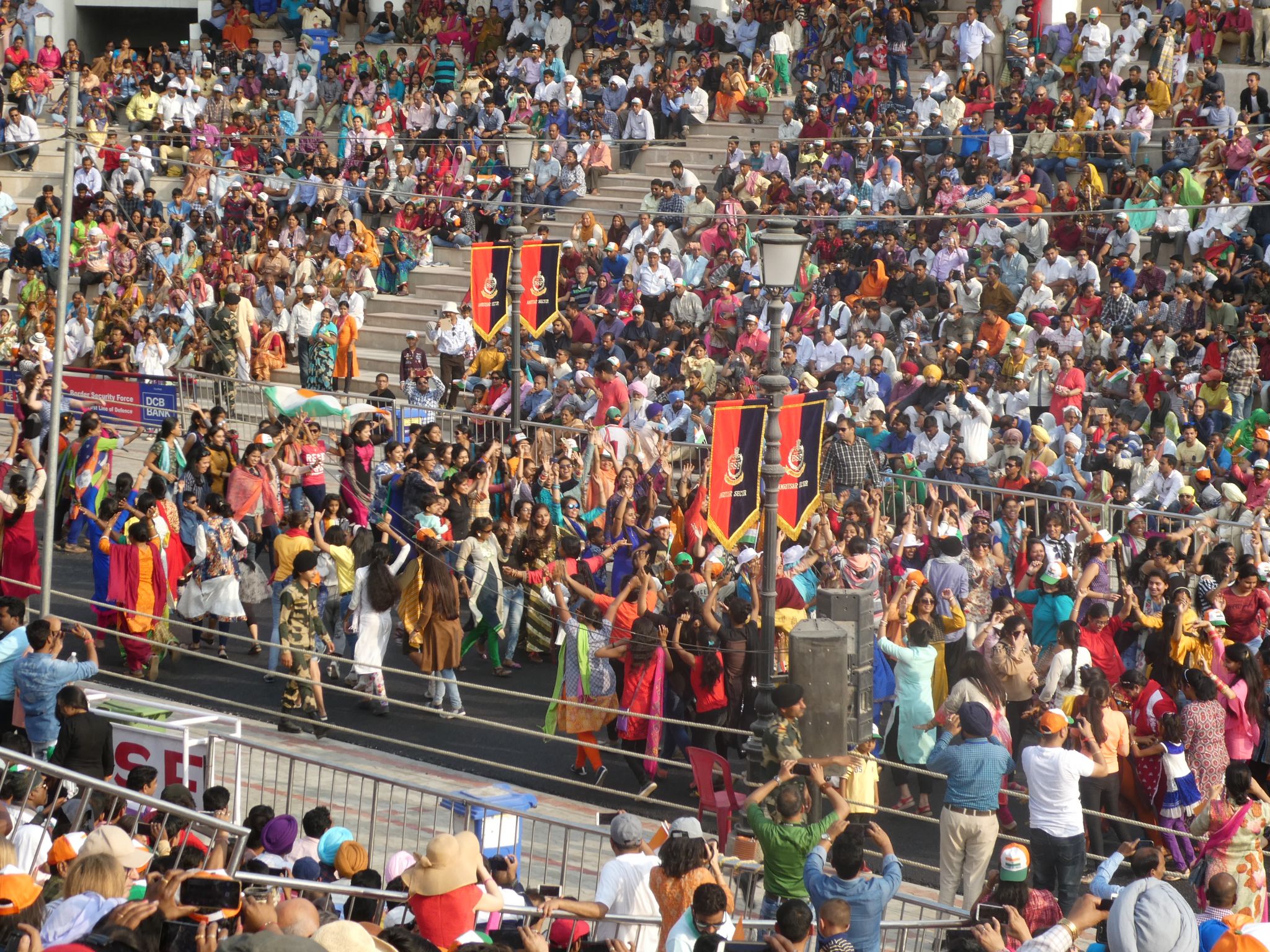 The Pakistanis take it much more seriously on their side. 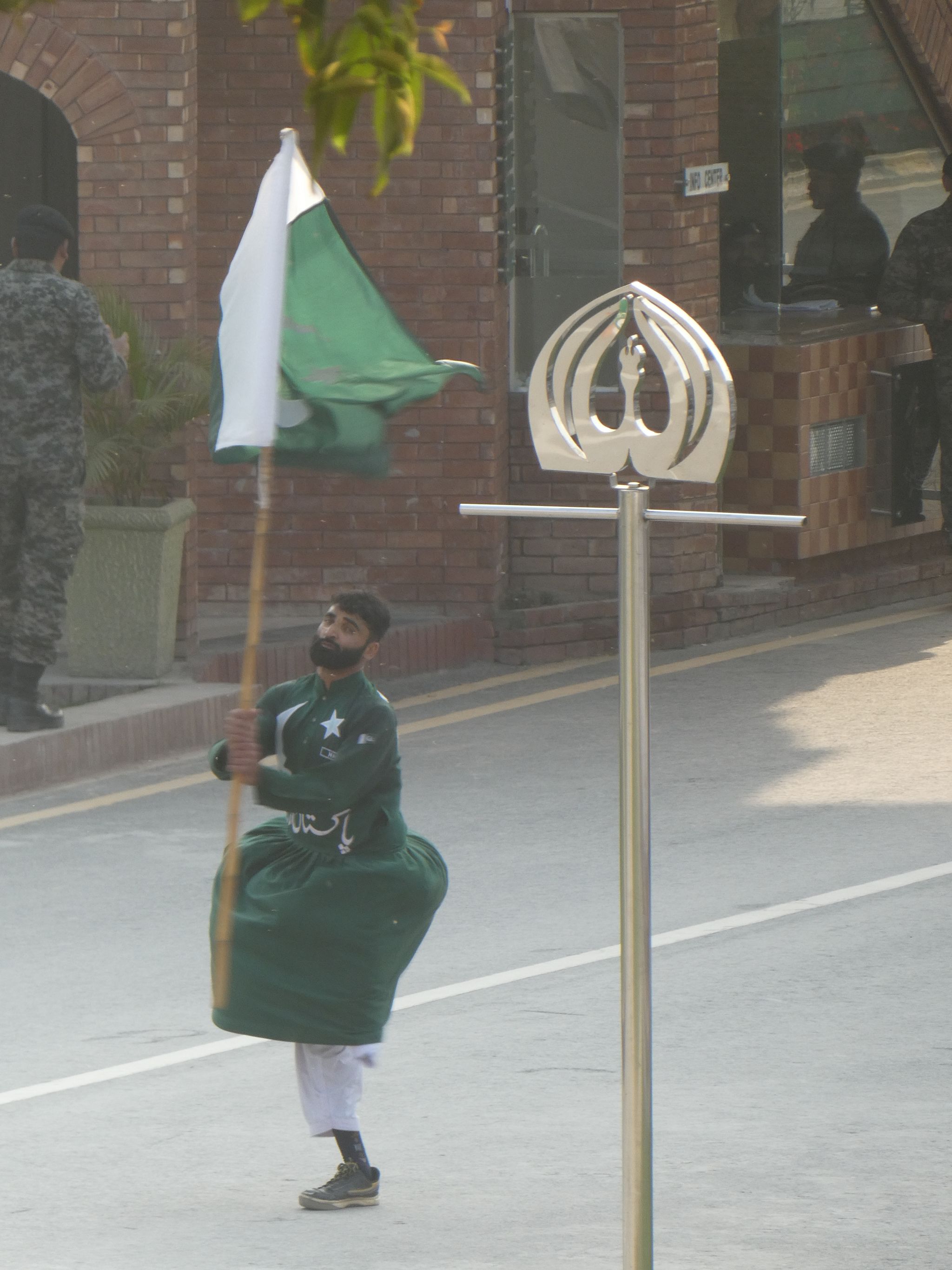 Then the ceremony commences.  It starts with some scary dogs and even scarier ladies. 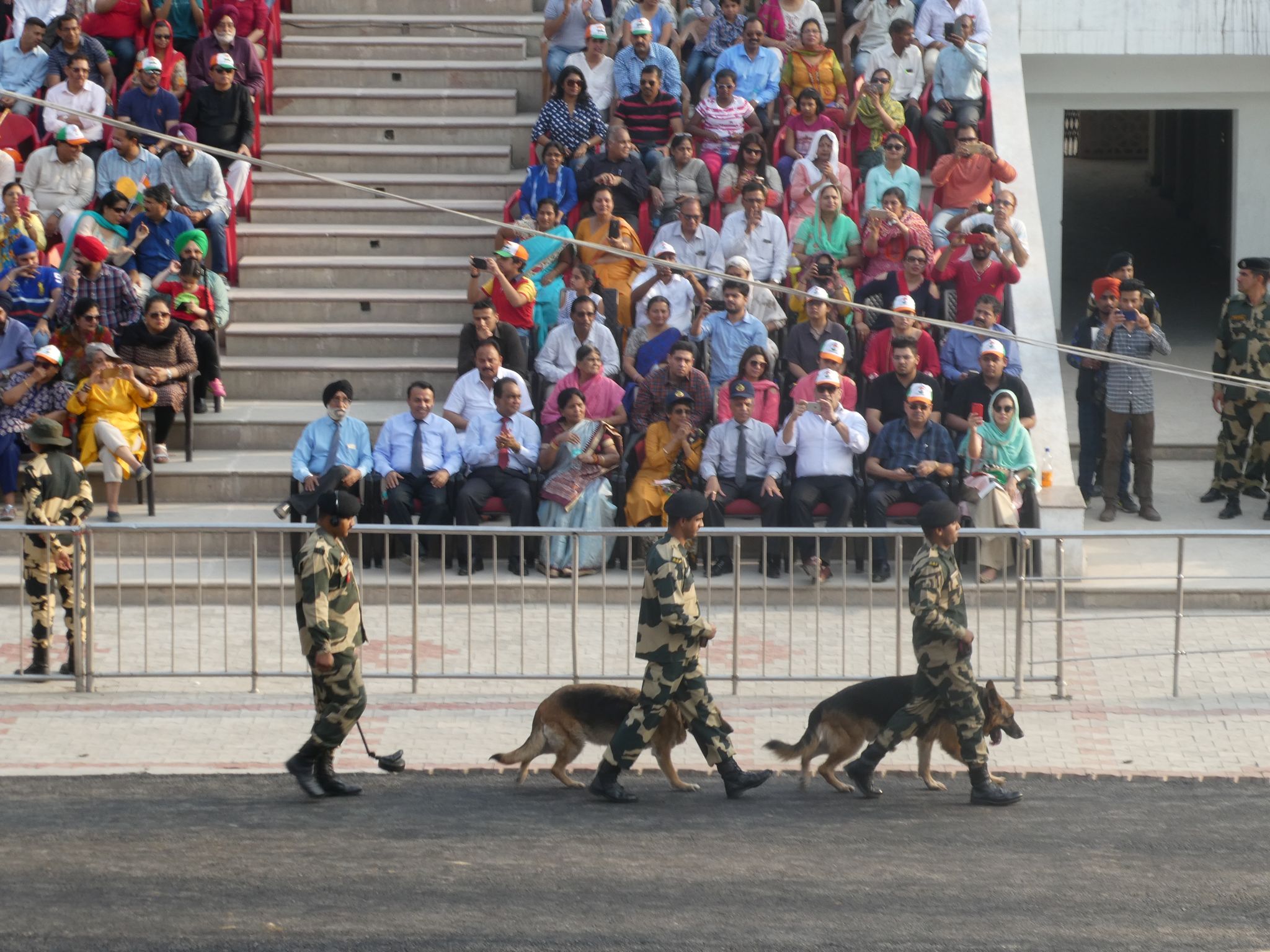 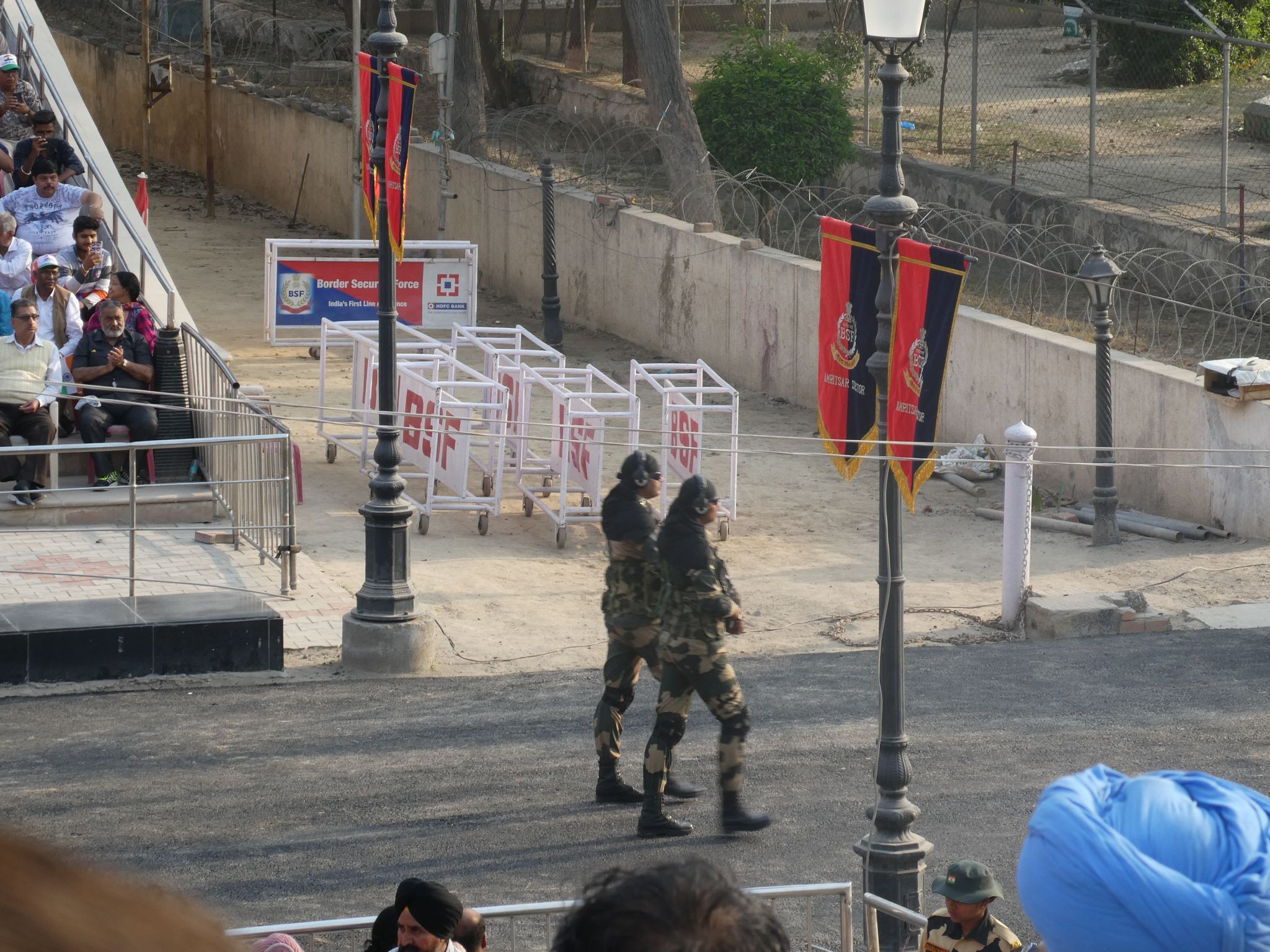 Then there is a lot of fist shaking. 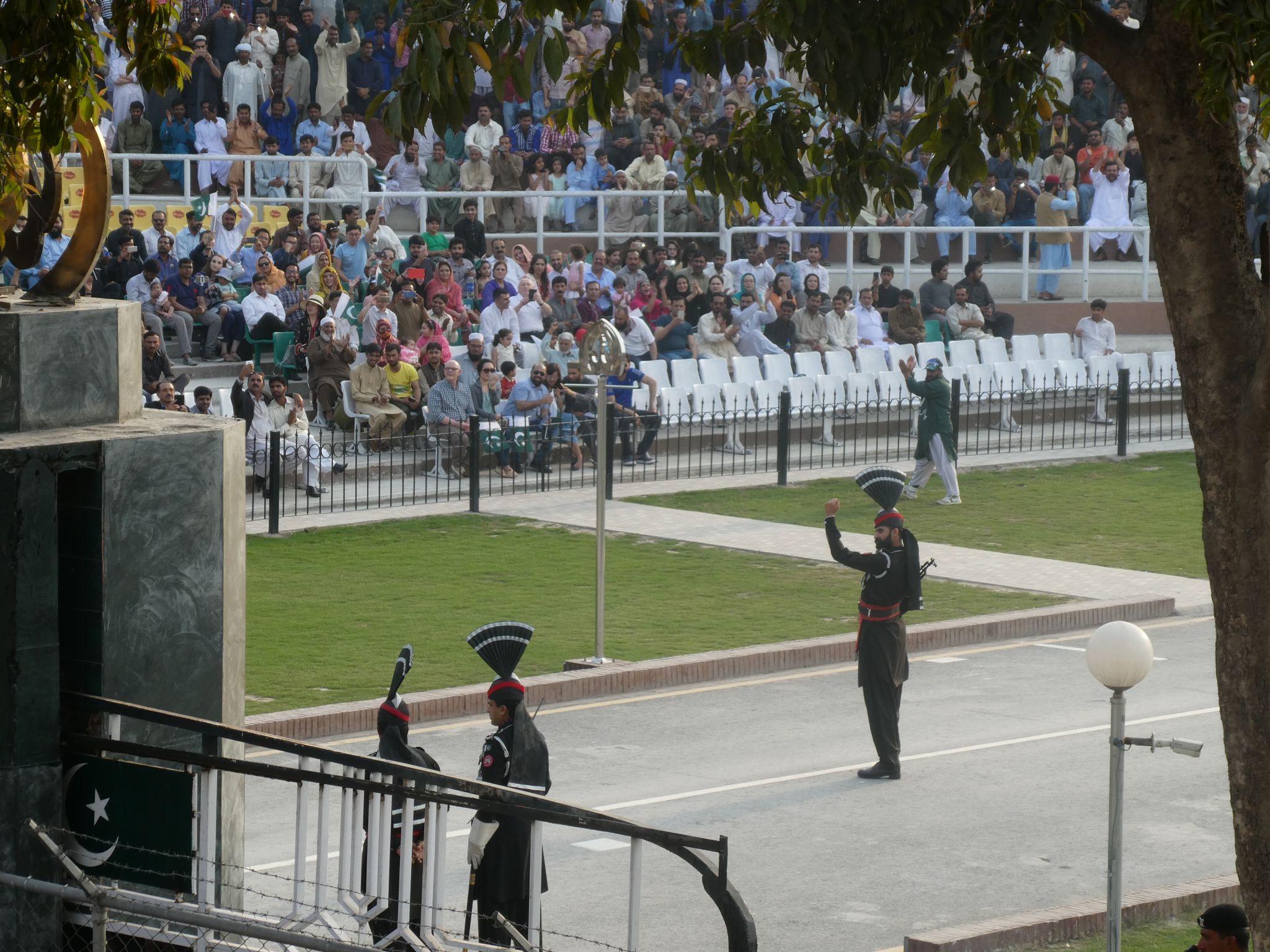 And a lot of chest beating. 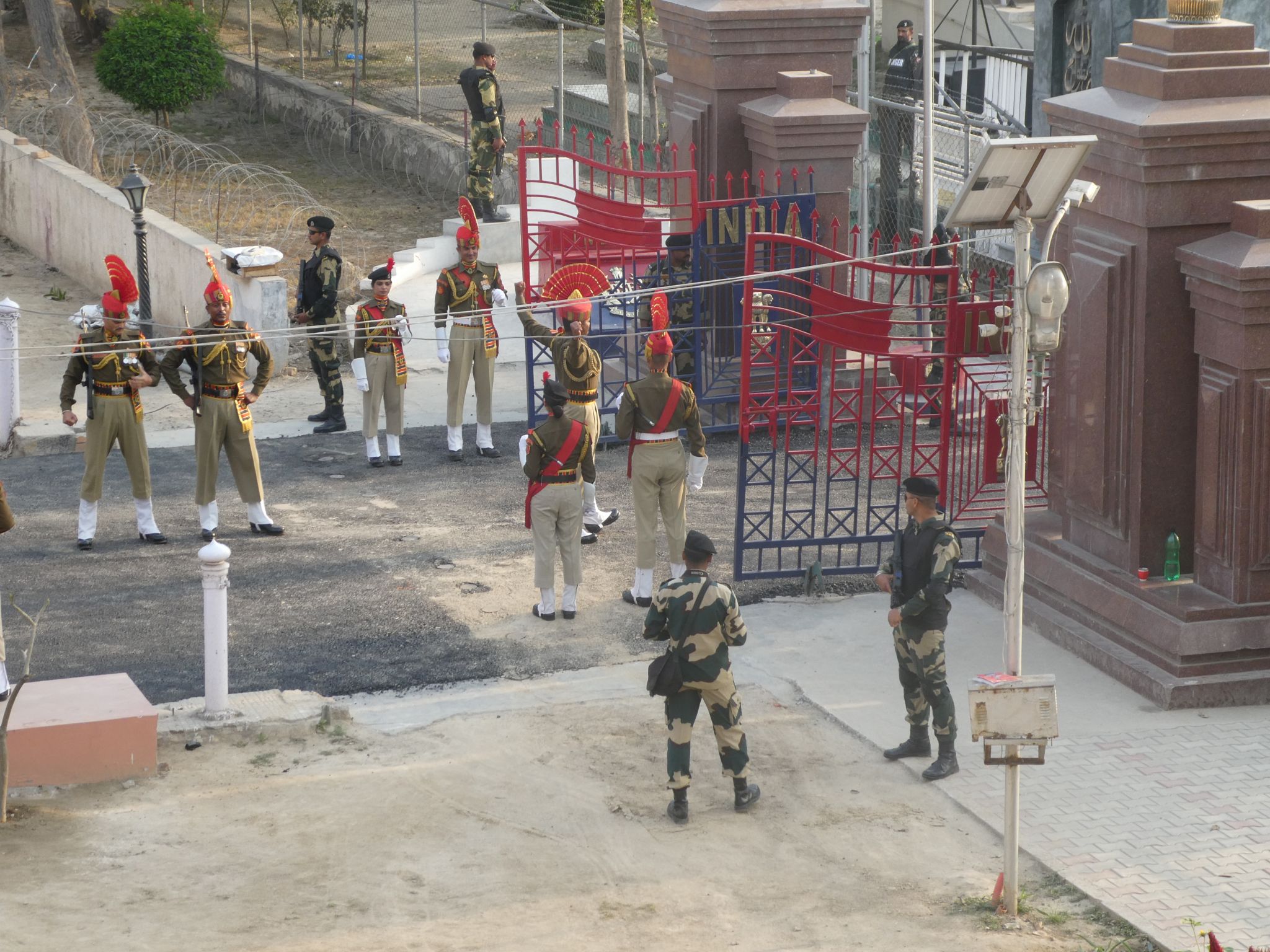 Both sides have silly pants and hats. 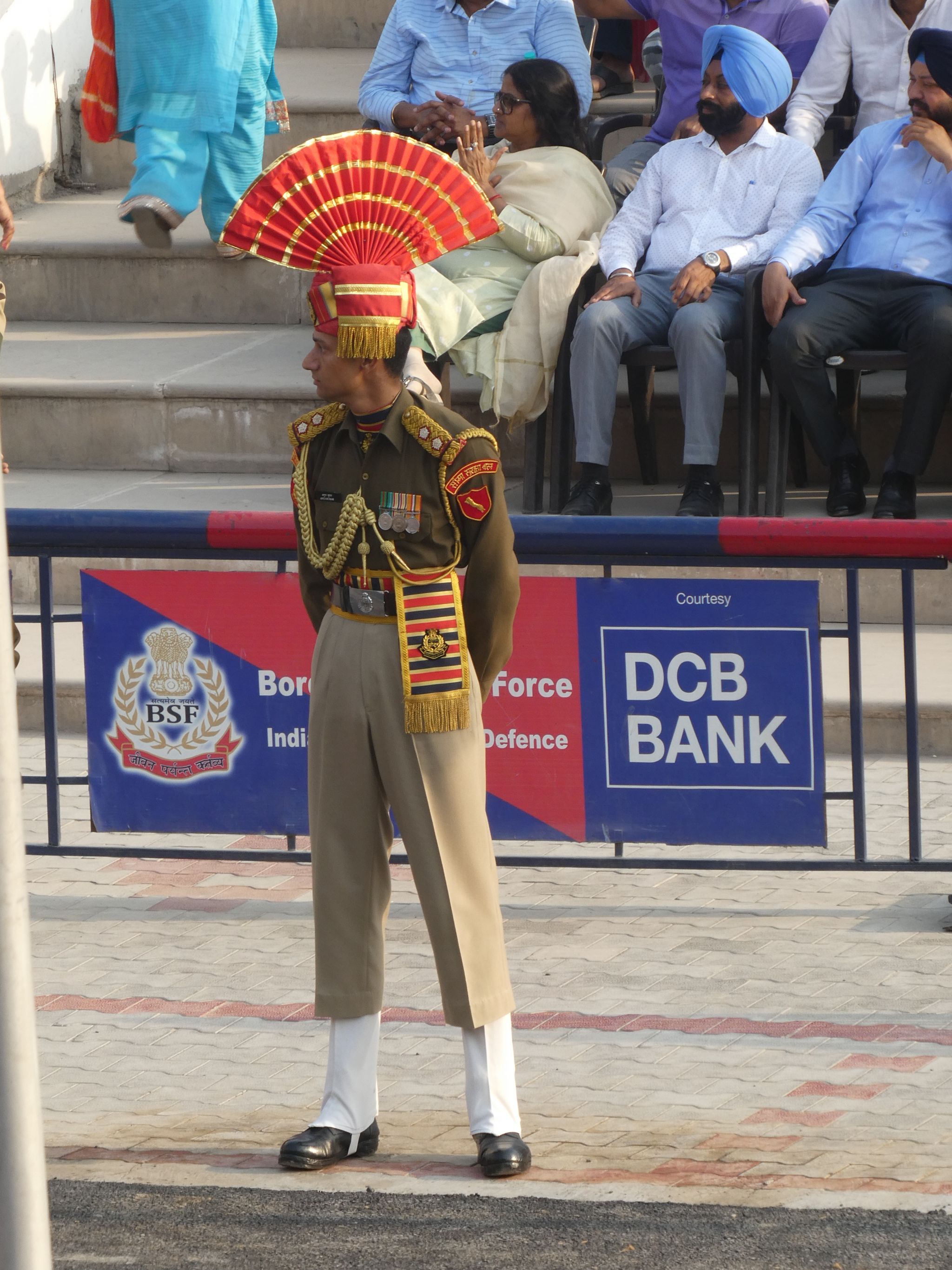 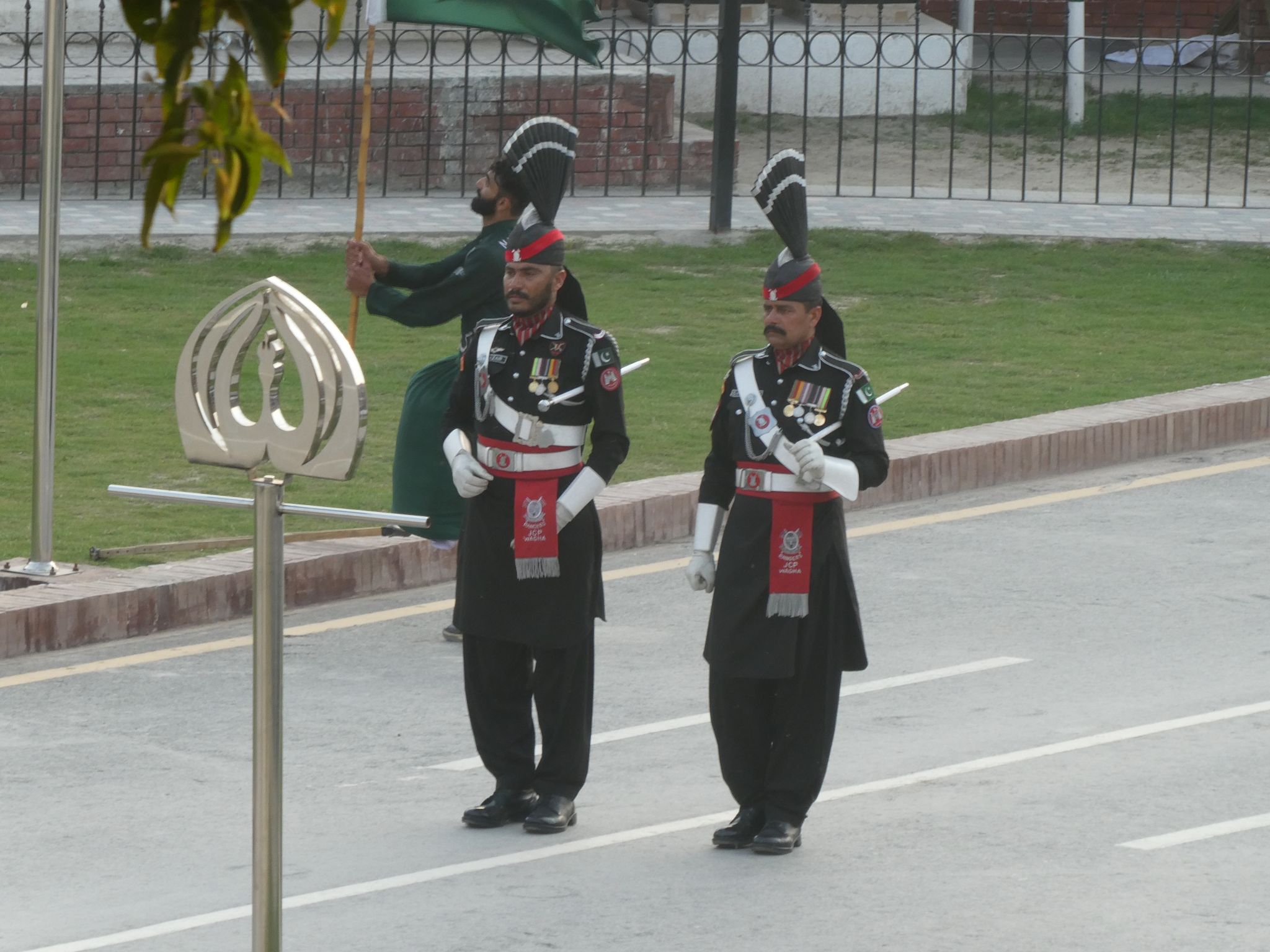 It can be embarrassing when the CO points out that your fly is undone. 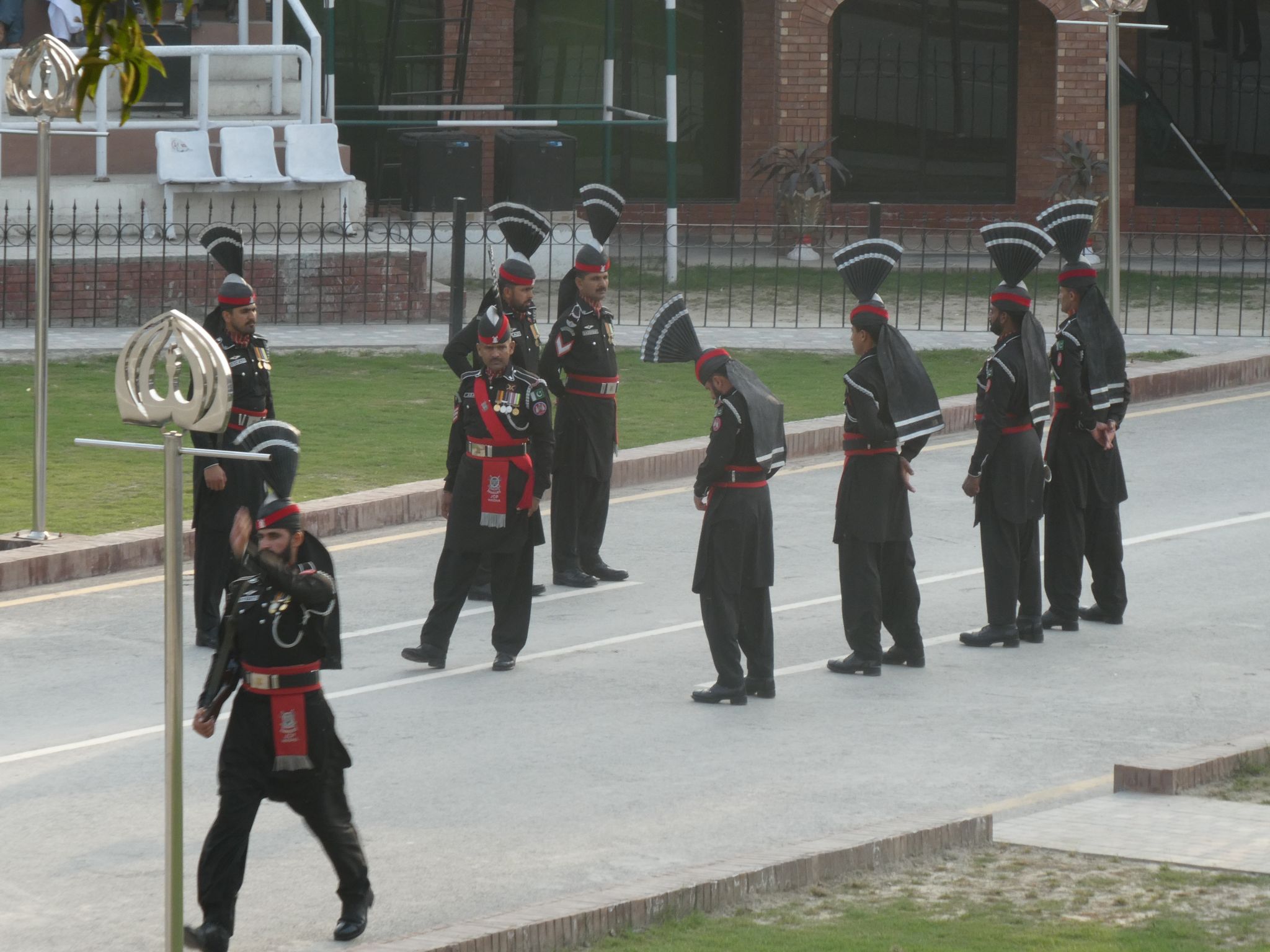 After a lot of argy bargy, the flags come down. 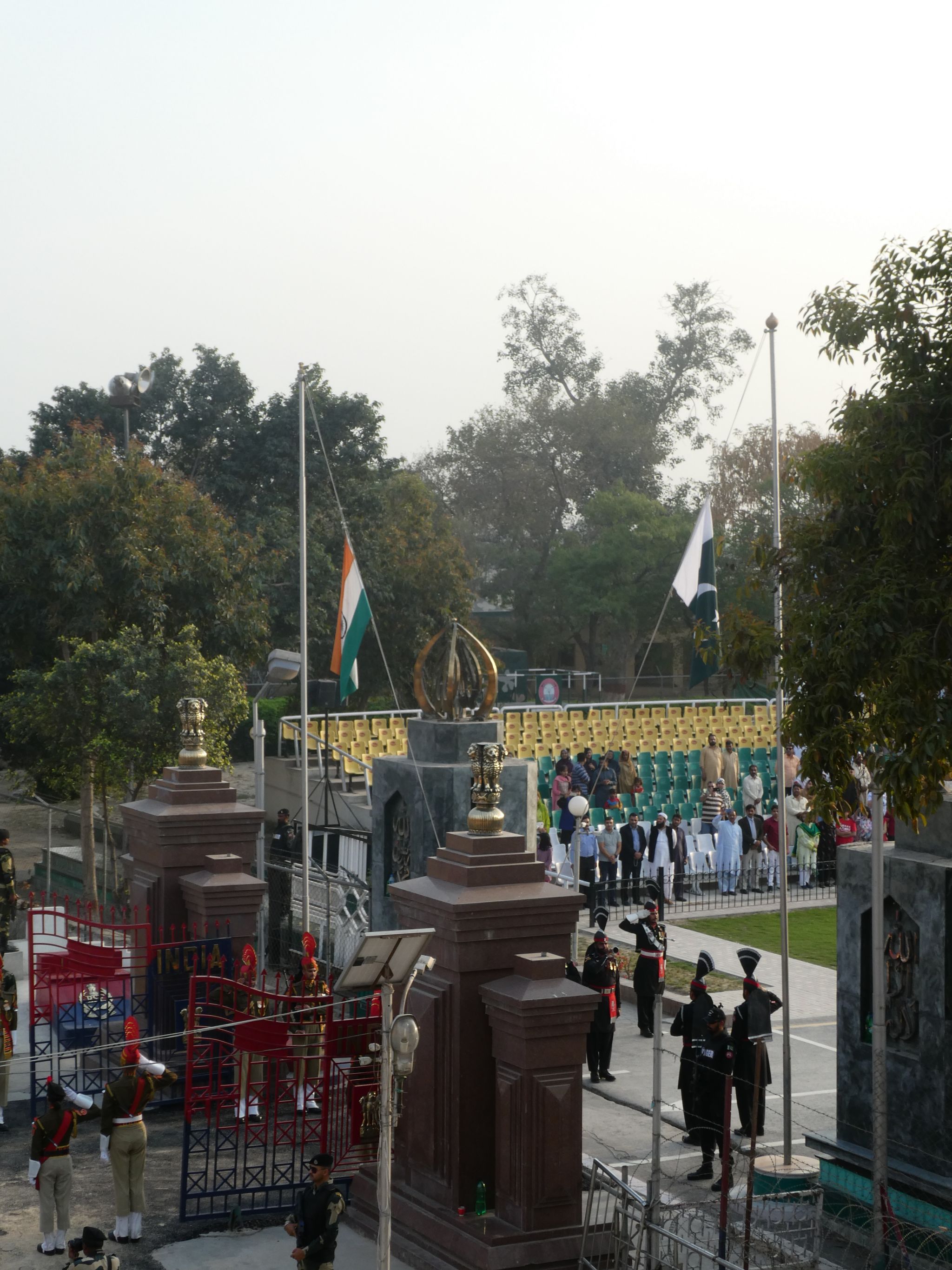 Each side salutes its own flag. 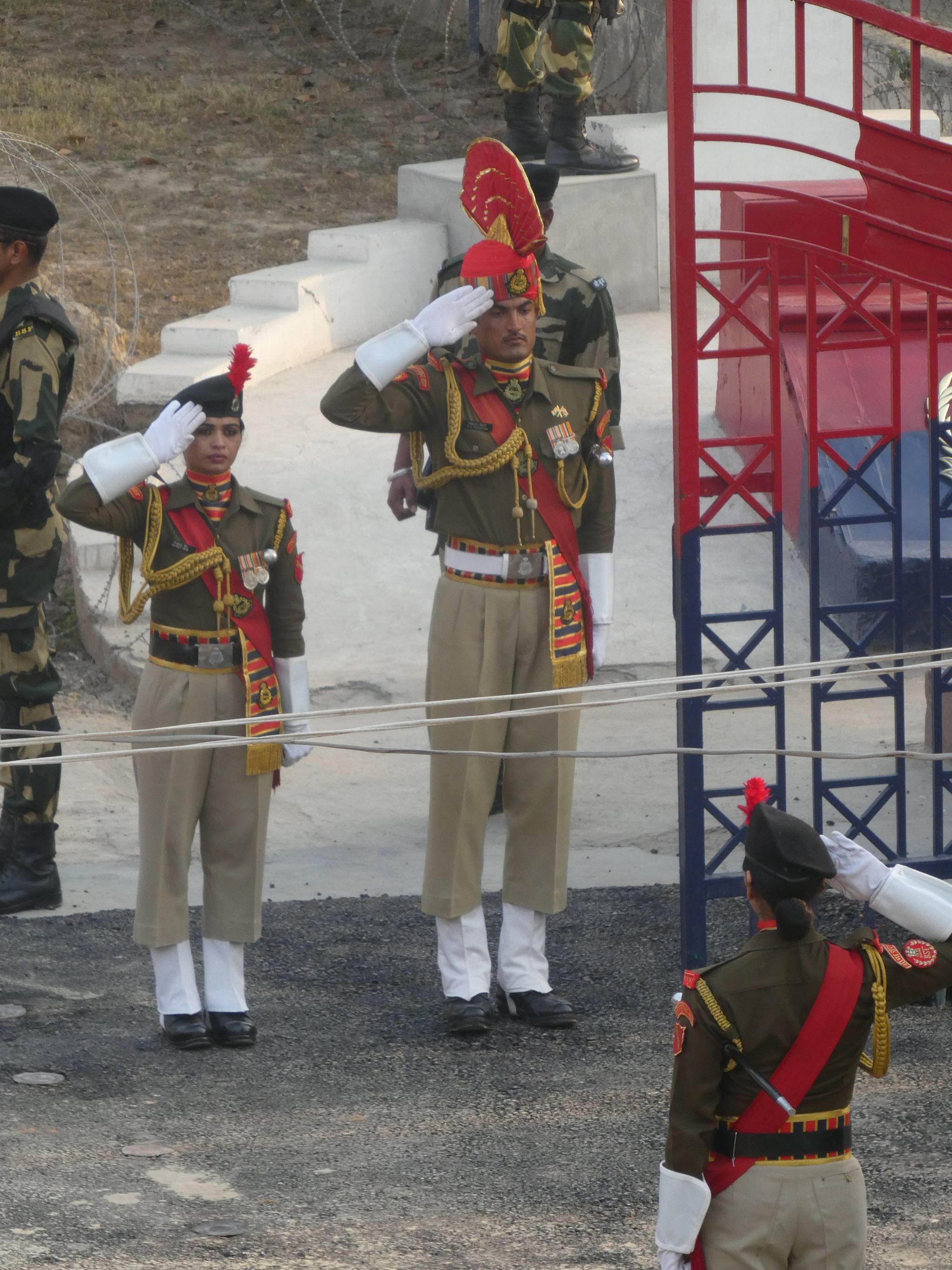 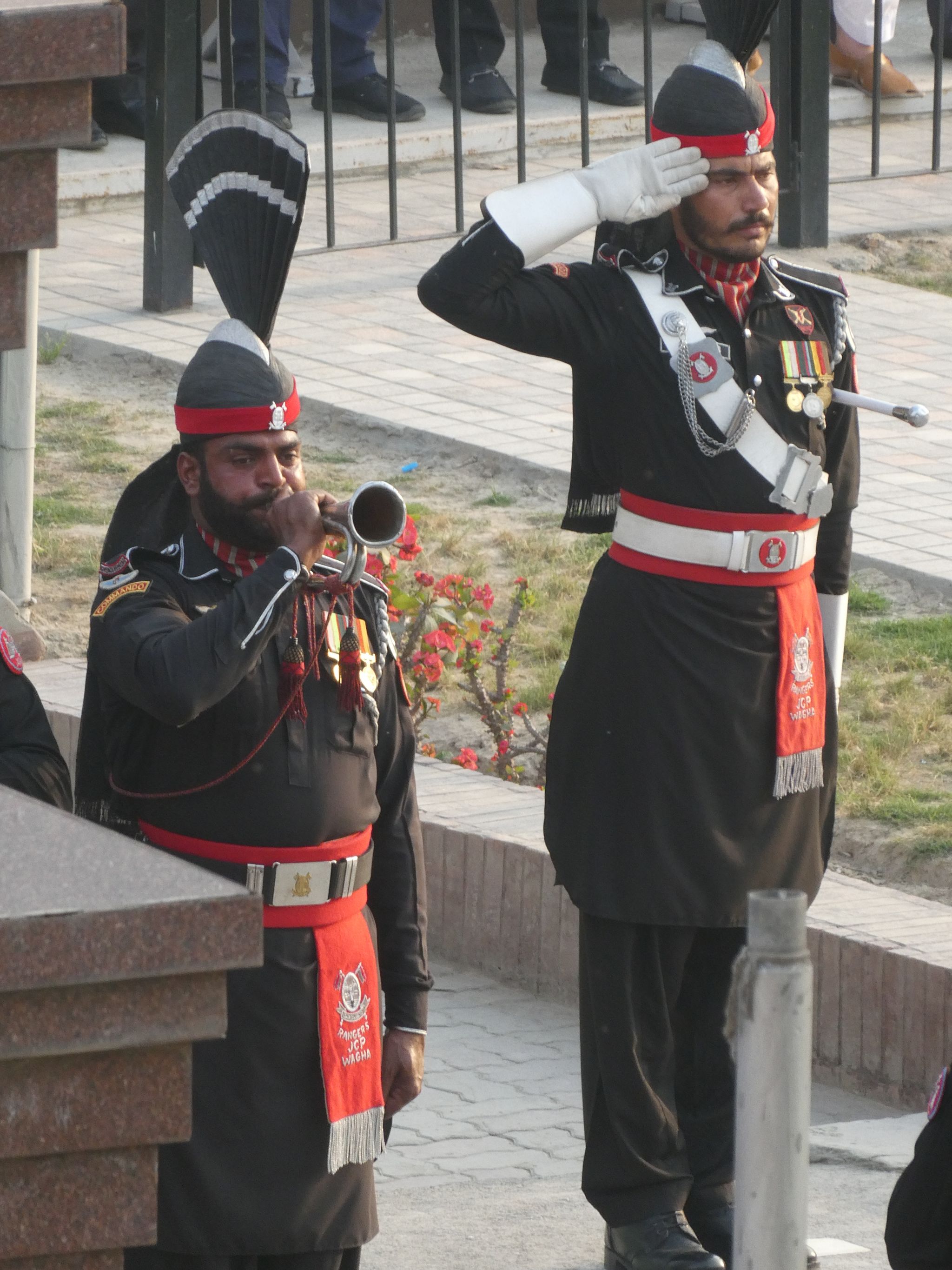 Then the flags are despatched. 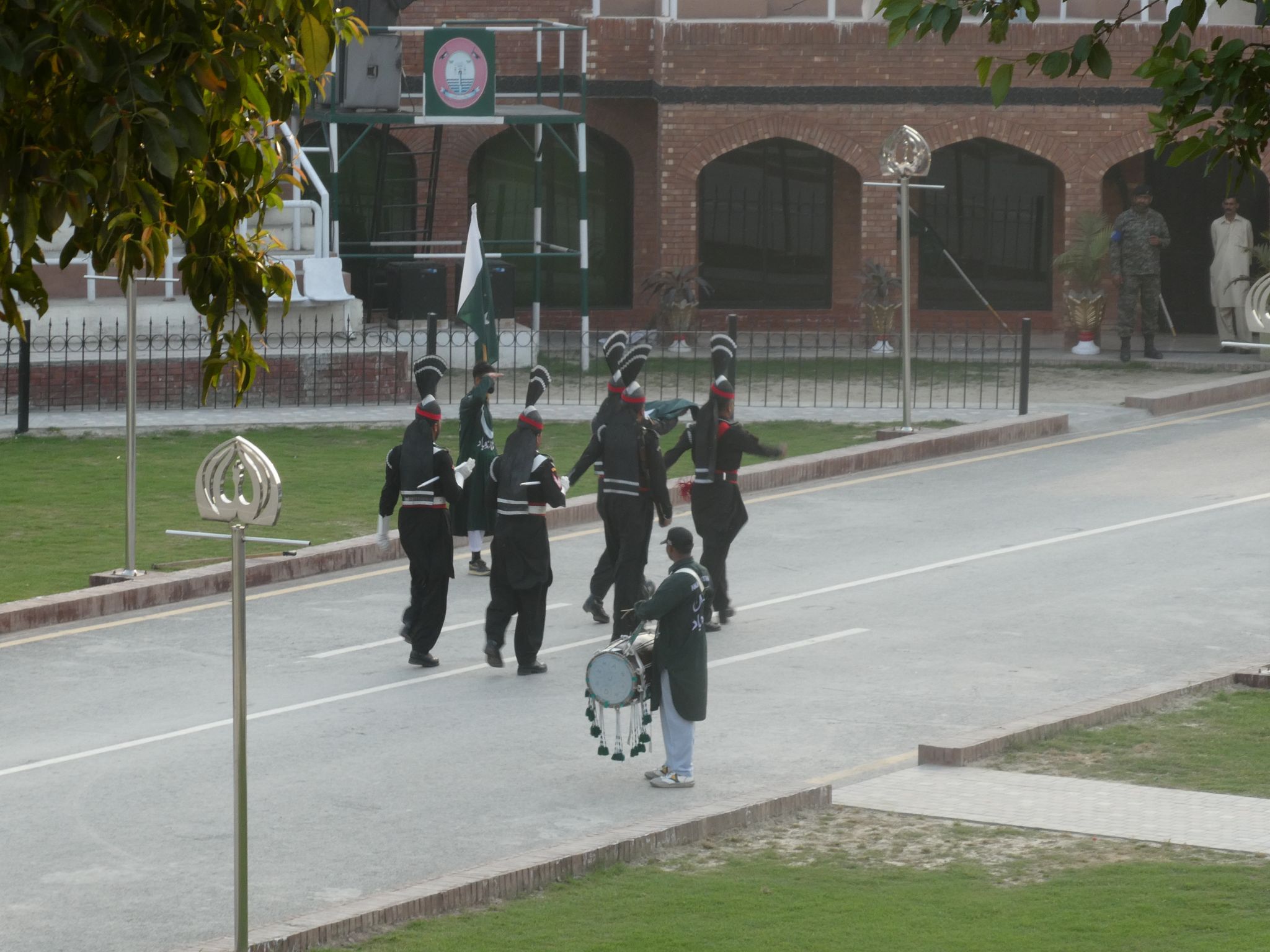 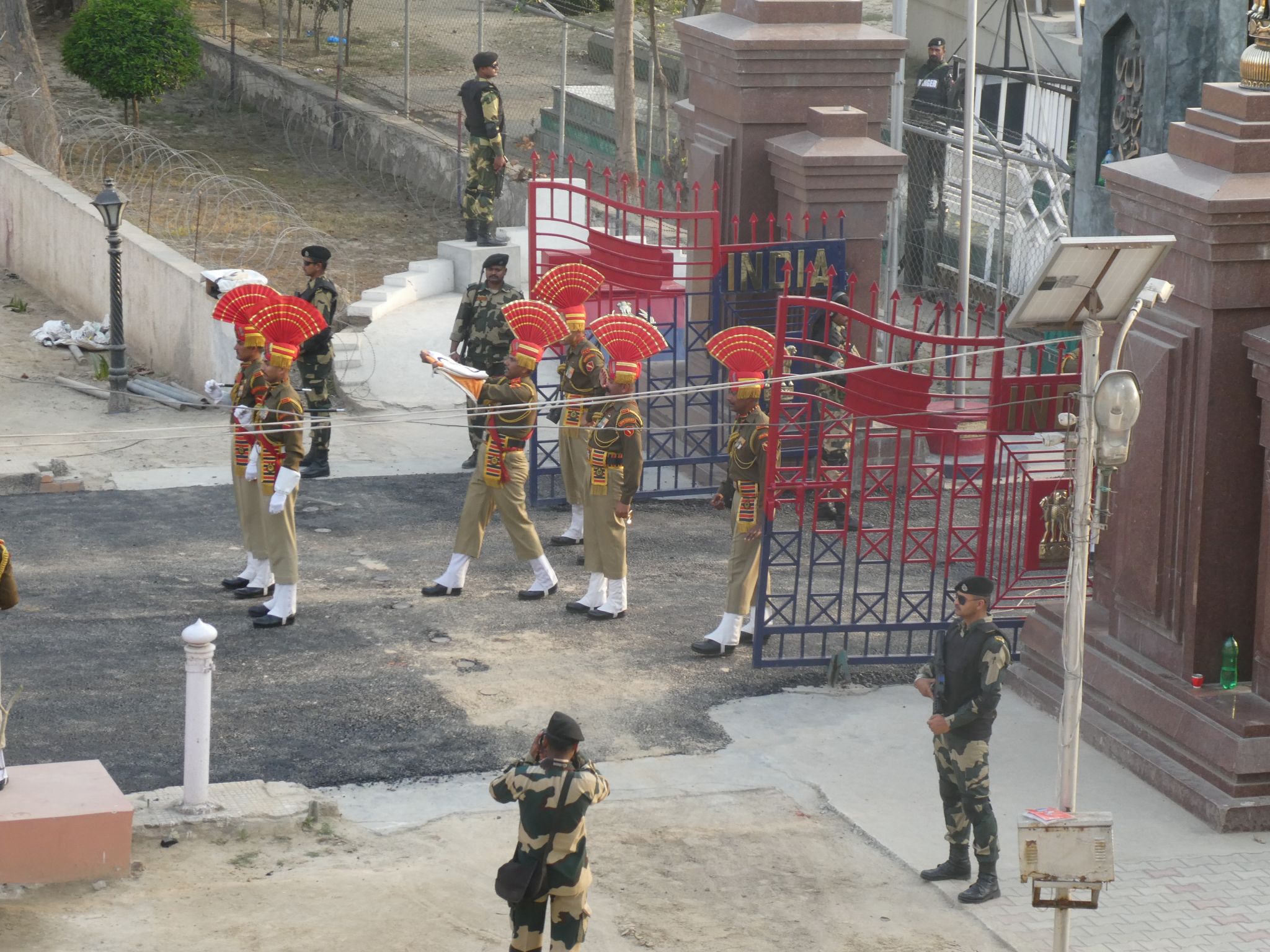 And the gates are closed. 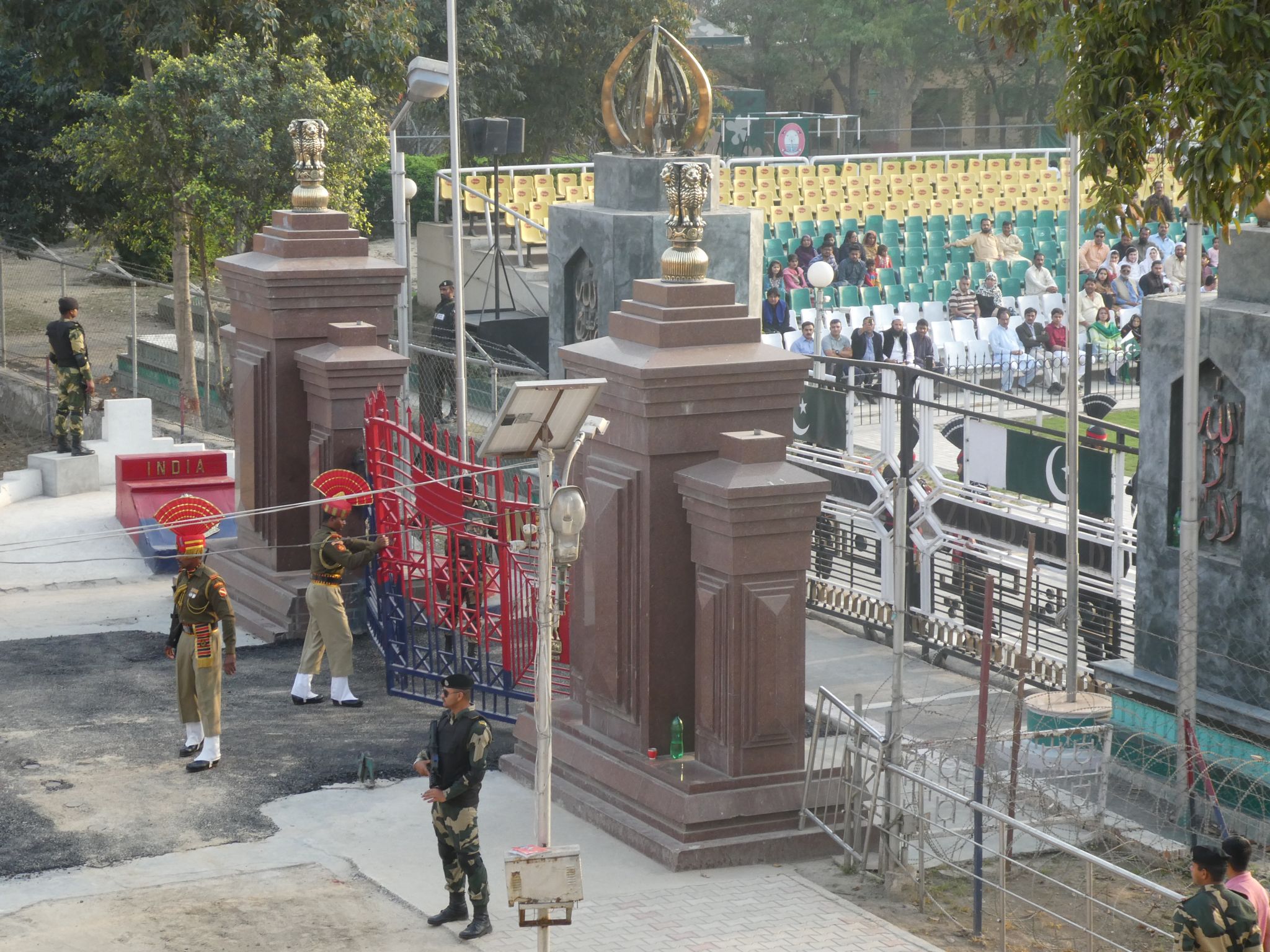 We knew it would be worth seeing, but had no idea it was such a big deal.  A great close to our India sojourn.  Next stop: Uzbekistan.