We flew from Amritsar in India to Tashkent in Uzbekistan to begin our exploration of a few old Silk Road cities.

Tashkent doesn’t have the history and ancient architectural grandeur of the famous Silk Road cities, but was a necessary stop for us on a number of fronts.

Firstly, it has an international medical clinic where Julie could access an immunoglobulin injection (five, actually) following the unfortunate monkey bite incident in Shimla (see earlier post on Shimla)..

Secondly, five weeks after applying, we finally received letters of invitation from the Turkmenistan Ministry of Foreign Affairs entitling us to apply for visas to enter that secretive land.  It is a tortuous process.  A letter of invitation doesn’t entitle you to enter Turkmenistan, it just entitles you to apply for a visa.  An hour standing in the rain at the gate of the Turkmenistan embassy in Tashkent with passport, Letter of invitation and a fistful of US dollars in hand, smiling deferentially at a guard, was ultimately rewarded with admission and, another hour later, visas for five days.  Yes, a whole five days, including the day of entry and day of exit.  They really don’t like visitors.   More about that in a later post.

Having sorted these logistical matters, we didn’t have much time to get around Tashkent.  We did manage to see some suitably brutal Soviet era architecture juxtaposed with local culture, a Romanov Palace and the Crying Mother monument with an eternal flame honouring the approximately 400,000 Uzbek men who died during WWII. 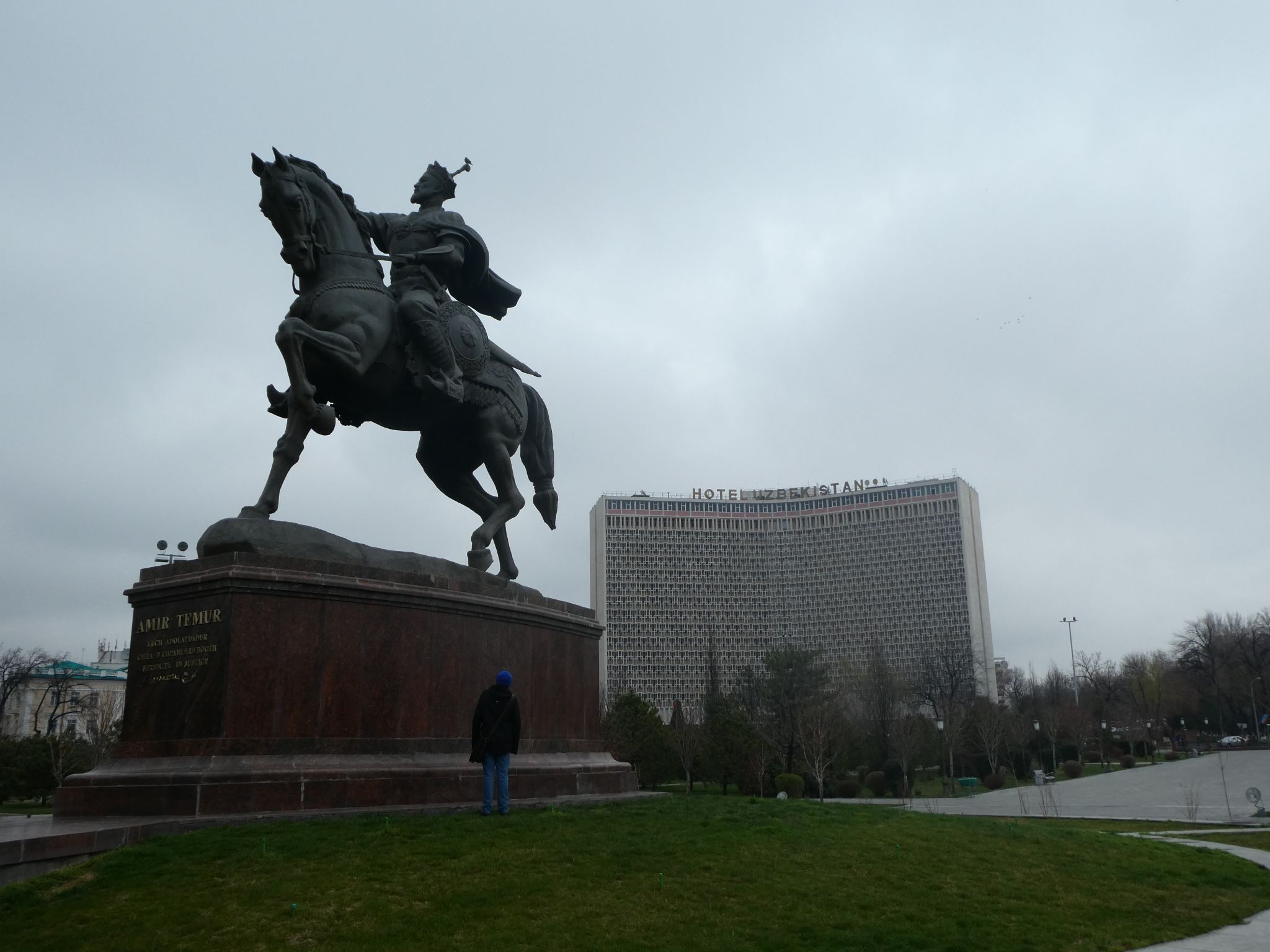 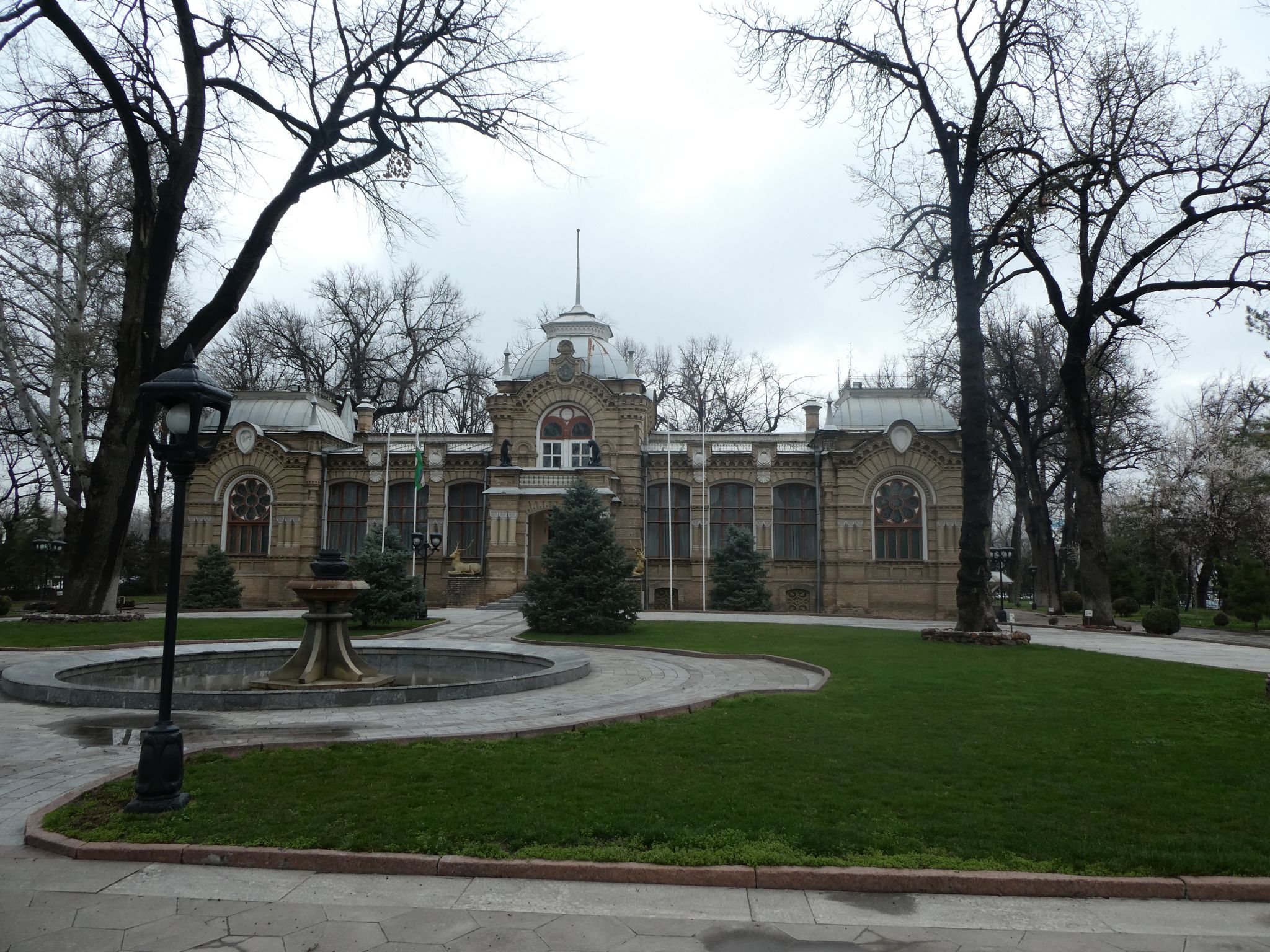 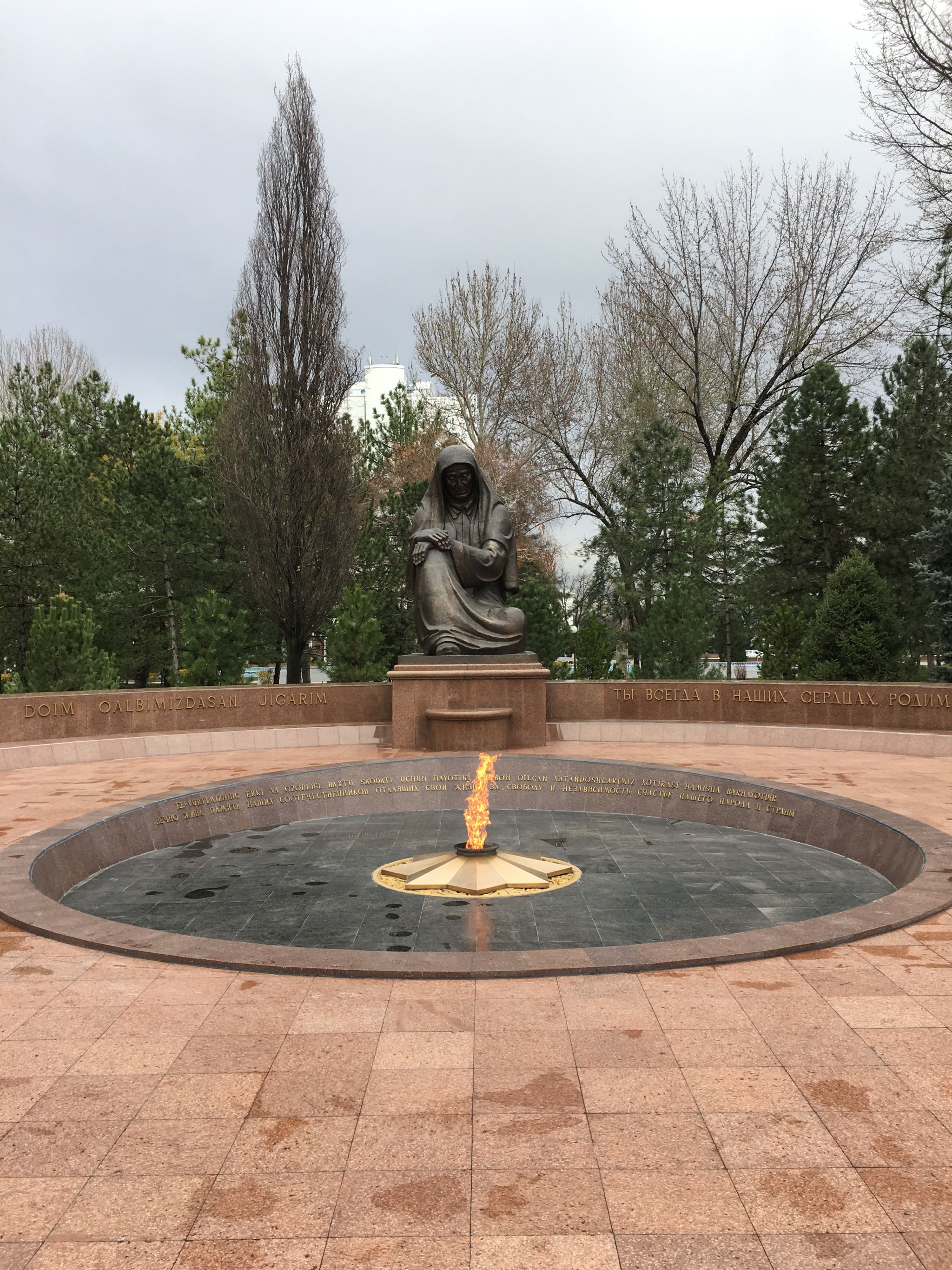 We also visited Khast Imom Square.  It is  modern but has an immense mosque and a library housing a Koran written in the 7th century and thought to be the world’s oldest surviving one.  It is quite beautiful- a large deer skin tome of intricate calligraphy. 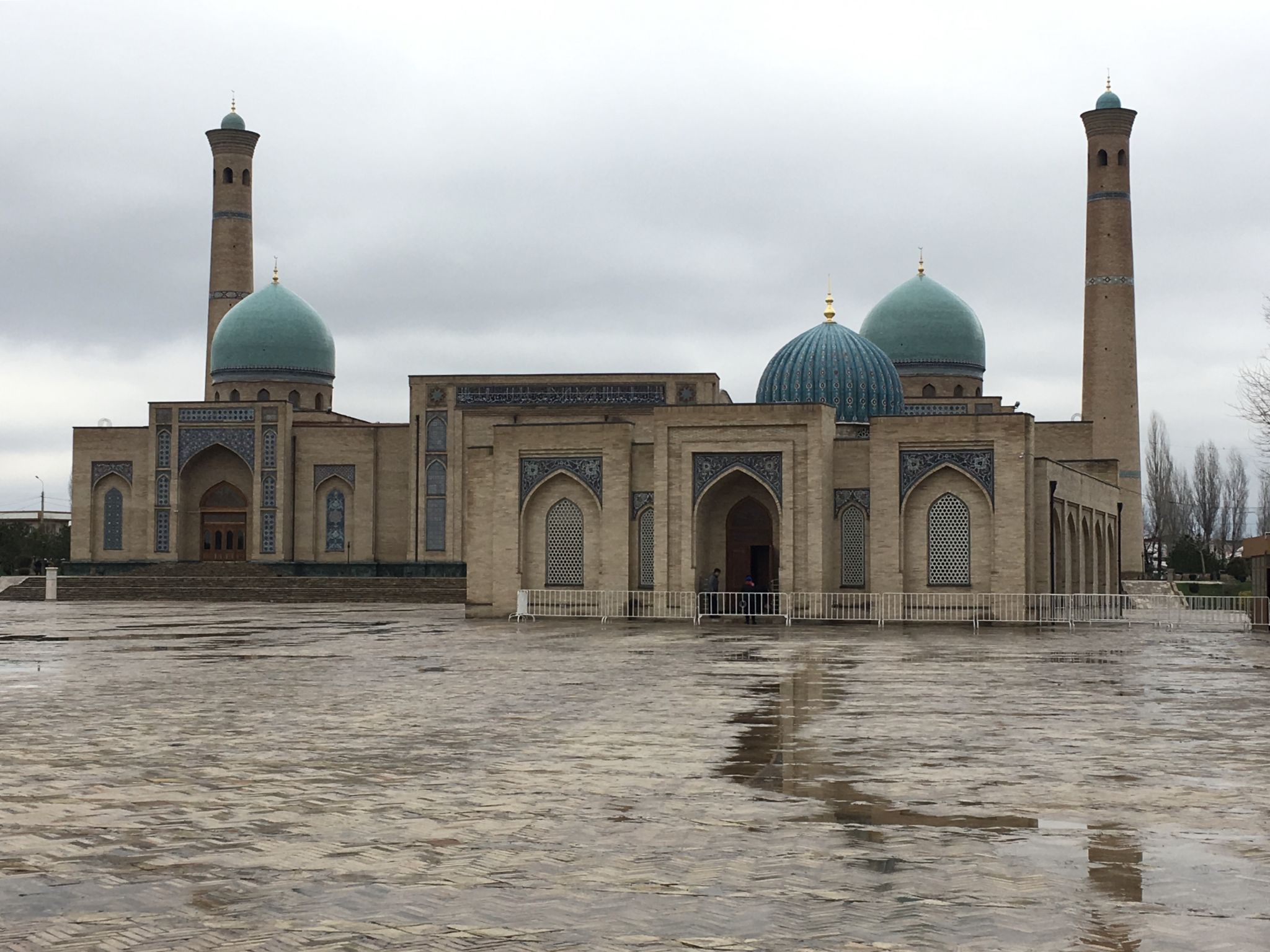 In Tashkent we also had our first taste of plov.  Plov is the national dish of Uzbekistan and, whilst Uzbeks are inordinately proud of plov, there is a reason it hasn’t caught on in the rest of the world.  See post on ‘Uzbekistan food’ for details.