”To follow the Silk Road is to follow a ghost.  It flows through the heart of Asia, but it has officially vanished, leaving behind it the pattern of its restlessness: counterfeit borders, unmapped peoples.  The road forks and wanders wherever you are.  It is not a single way, but many: a web of choices”.  (Shadow of the Silk Road, Colin Thubron) 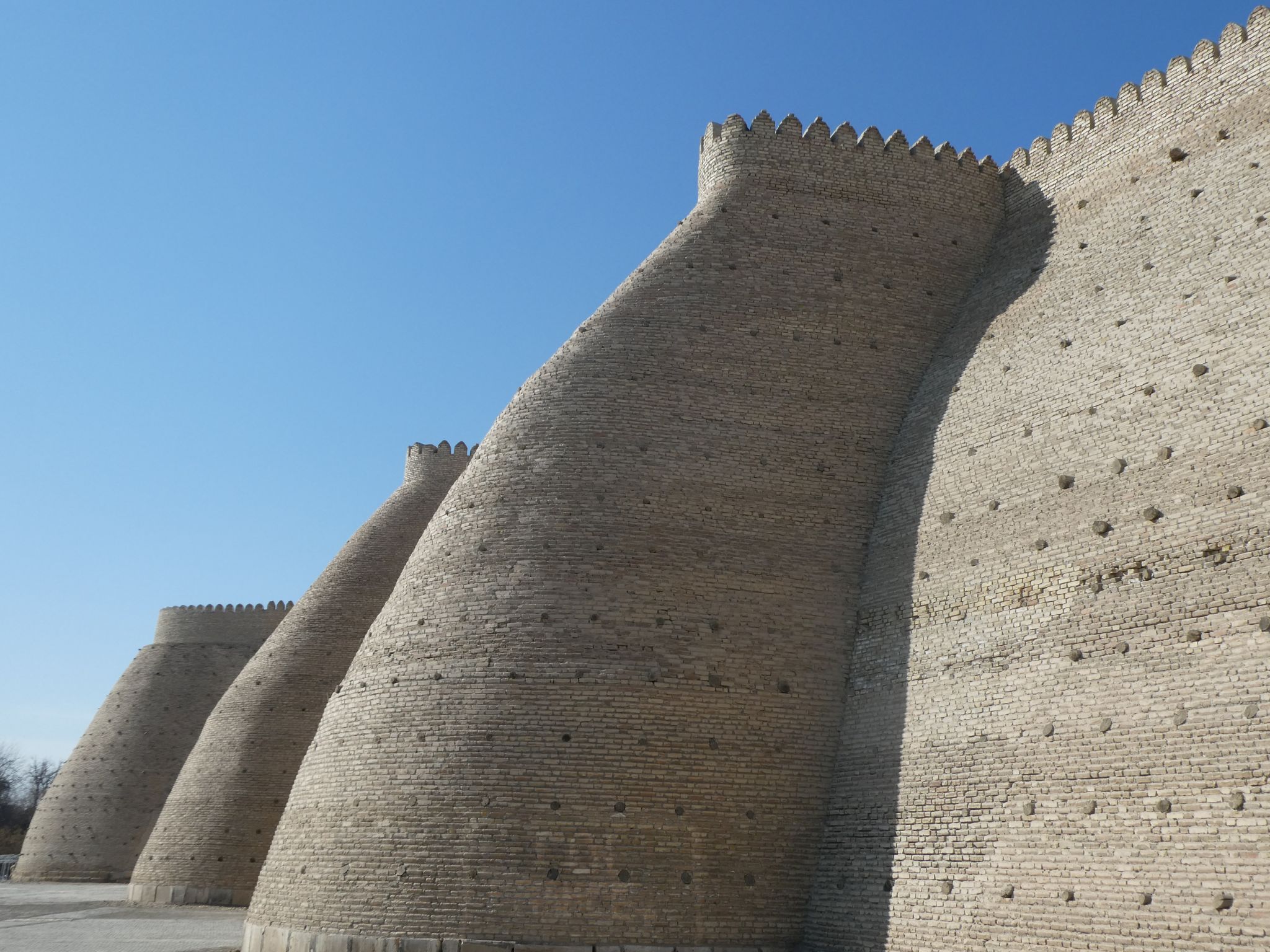 What first put us onto the idea of visiting Uzbekistan was an article in the Australian Gourmet Traveller about the Silk Road cities, and in particular a photograph of the curved walls of the Ark.  Those walls were equally breathtaking in the flesh.

The Ark was a royal fortress-town built in the 5th century and continuously occupied until being bombed by the Red Army in the 1920s. The walls and some of the buildings inside have been restored. The sheer scale of it is impressive. 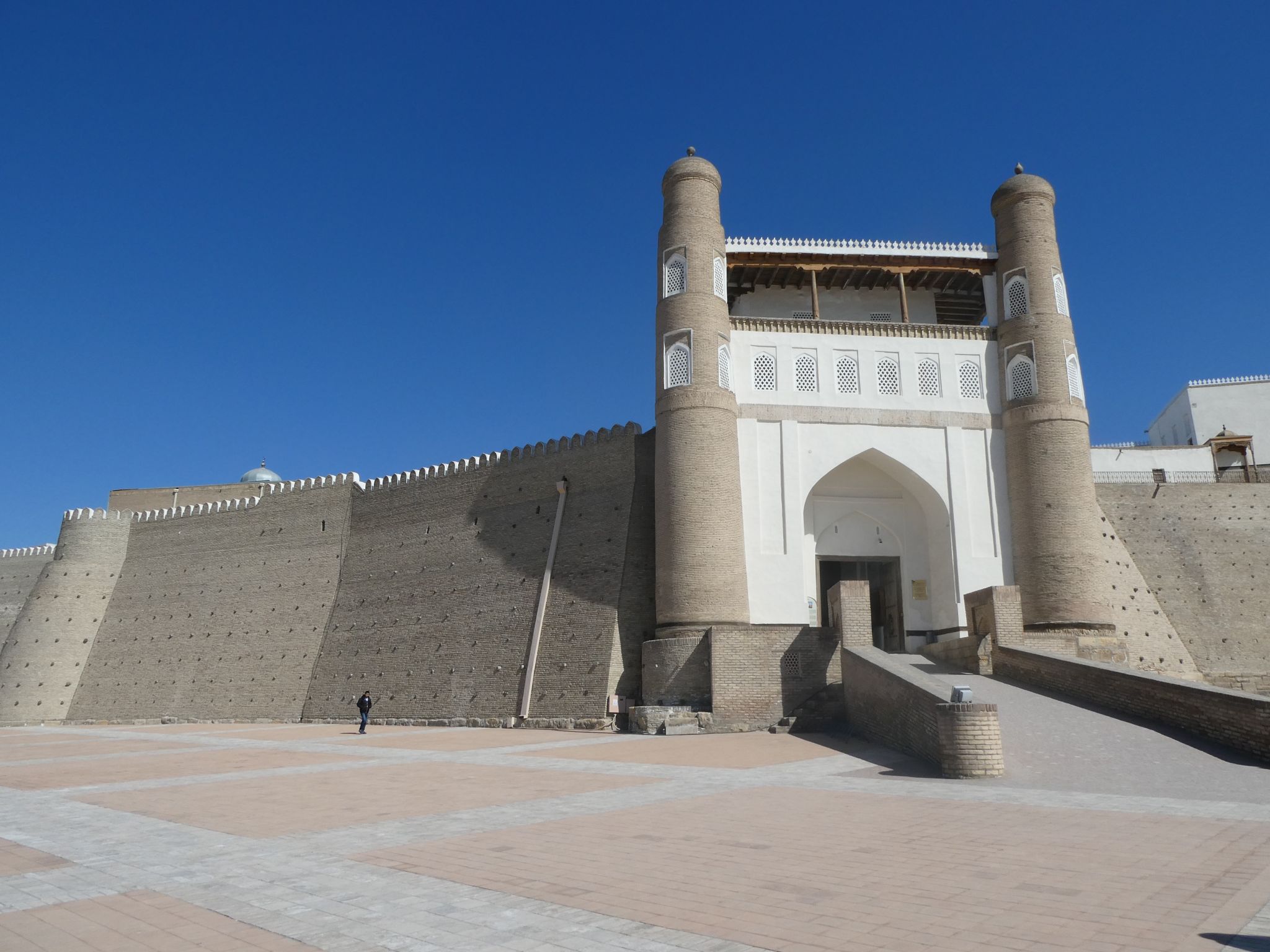 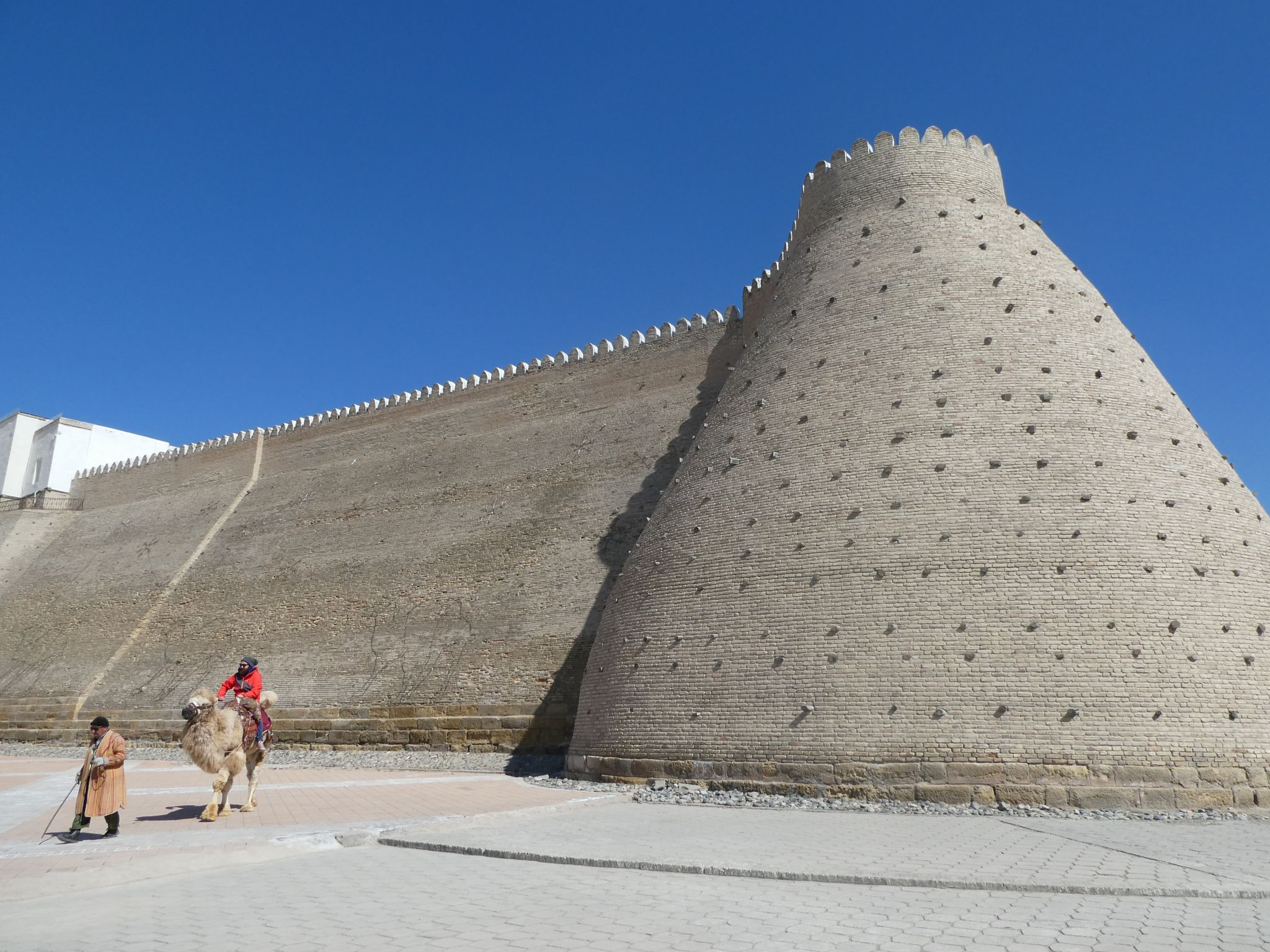 It developed as a city-state and centre for Islamic religious and cultural studies, philosophy, poetry and scientific thinking in the 9th and 10th centuries.   It was sacked by Chinggis Khan in 1220, recovered somewhat, and was then again invaded and absorbed into Timur the Great’s empire centred in Samarkand in 1370.  In the 1600s it flourished as a Silk Road trading town, and once again a centre for Islamic studies, with more than 300 mosques and over 100 medresses teaching some 10,000 students.

The architectural legacy of these successive periods is still abundant, and much work has been done (and is continuing) restoring the entire central precinct of medresses, mosques and bazaars. 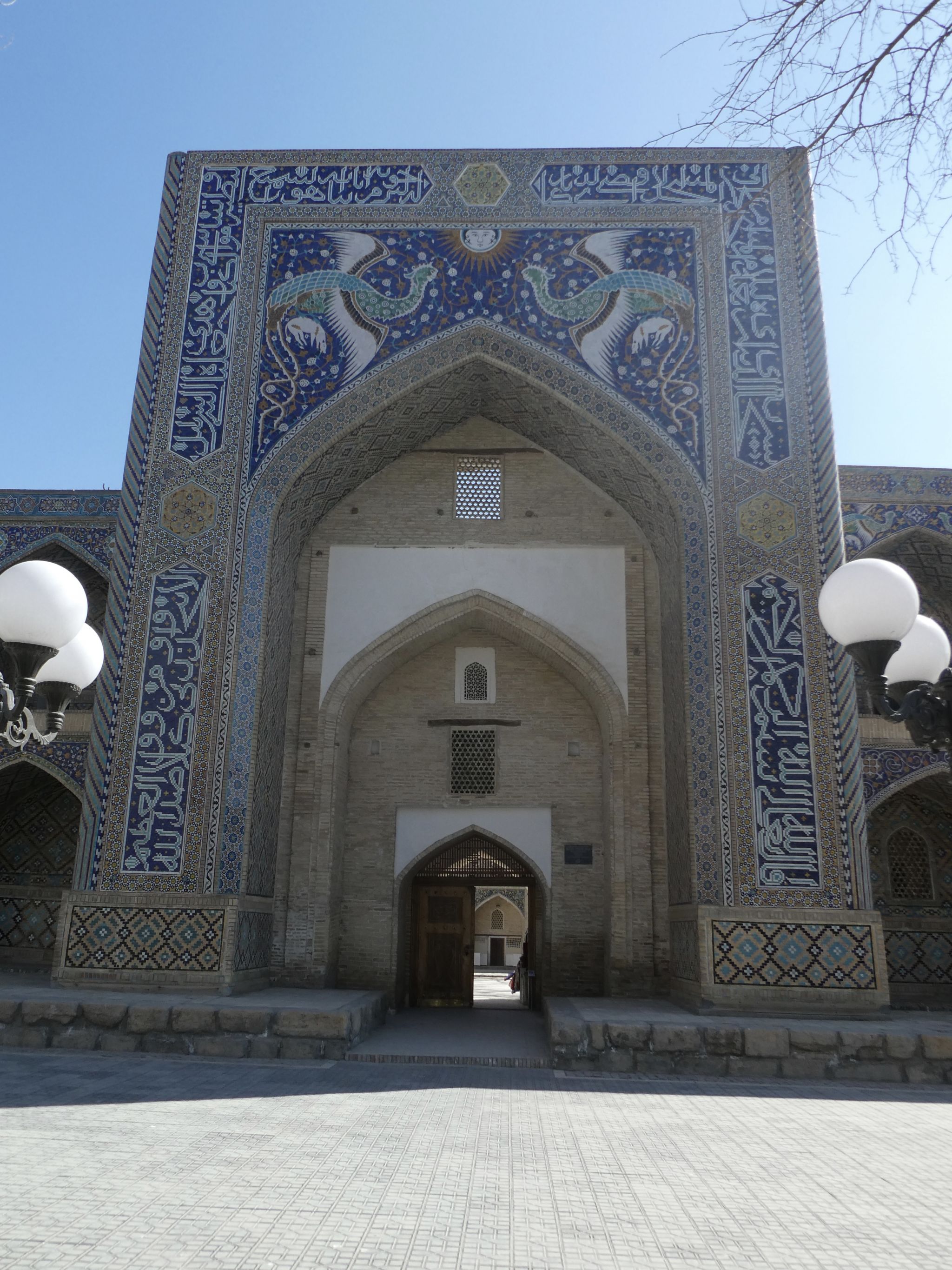 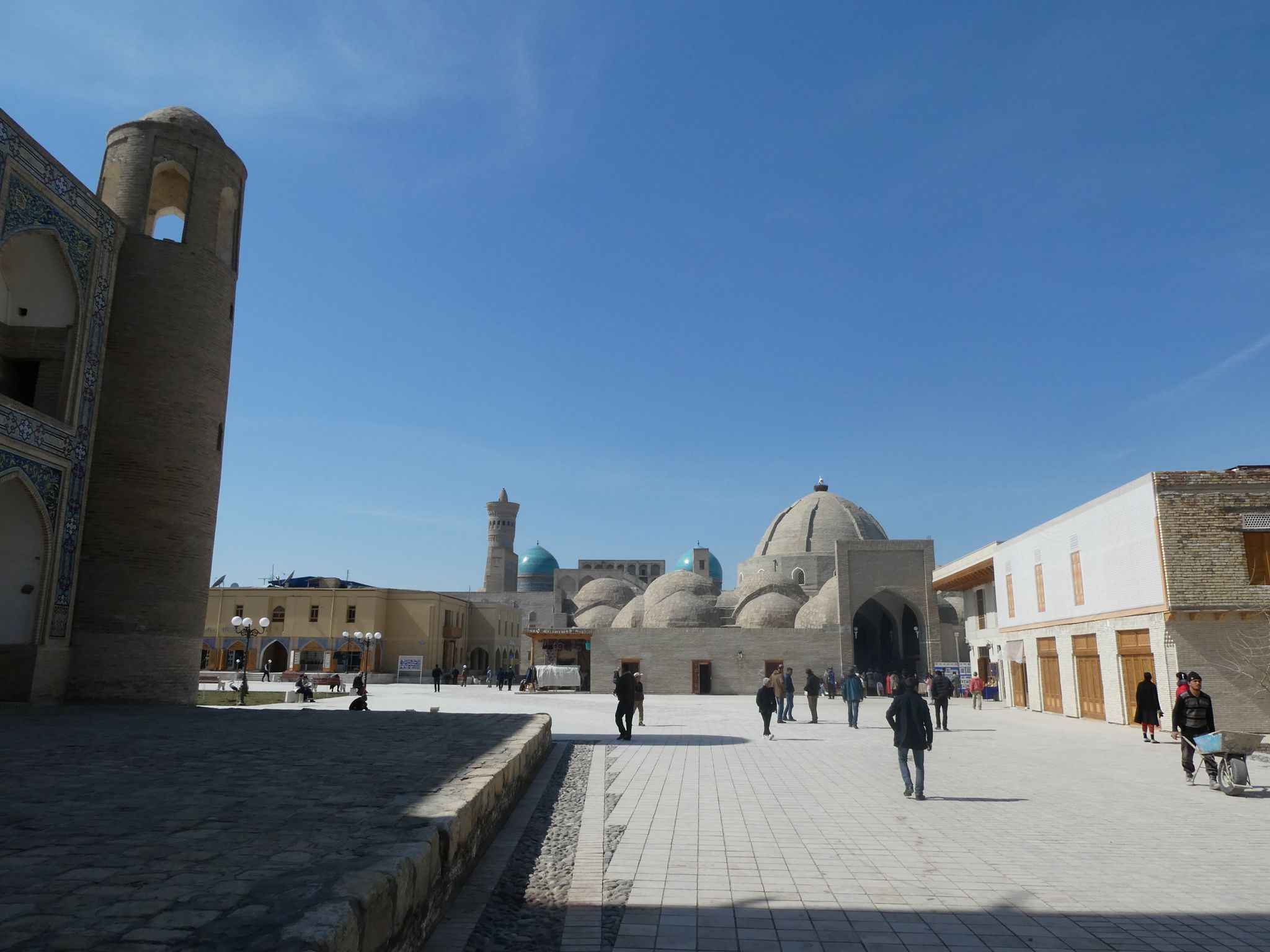 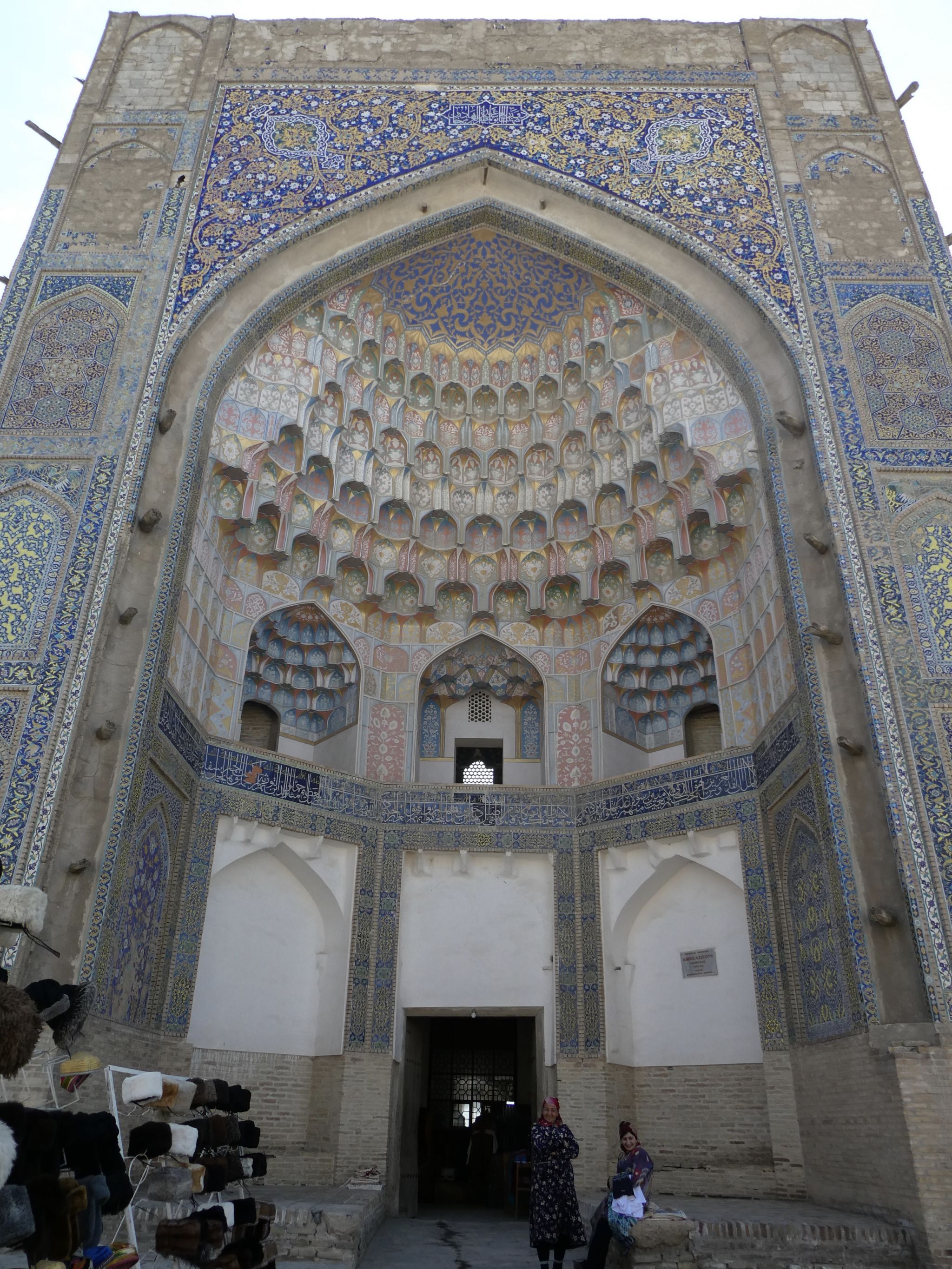 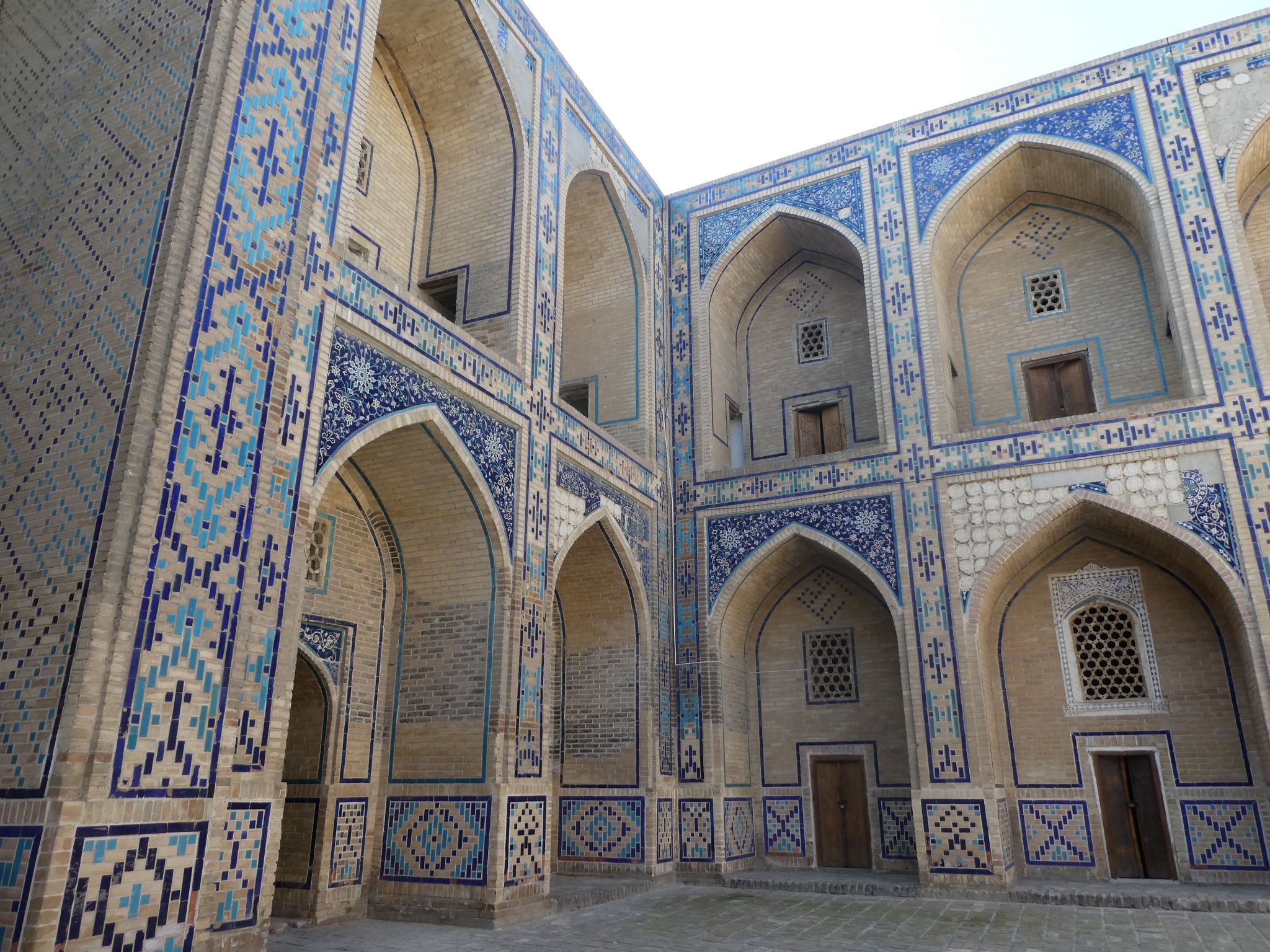 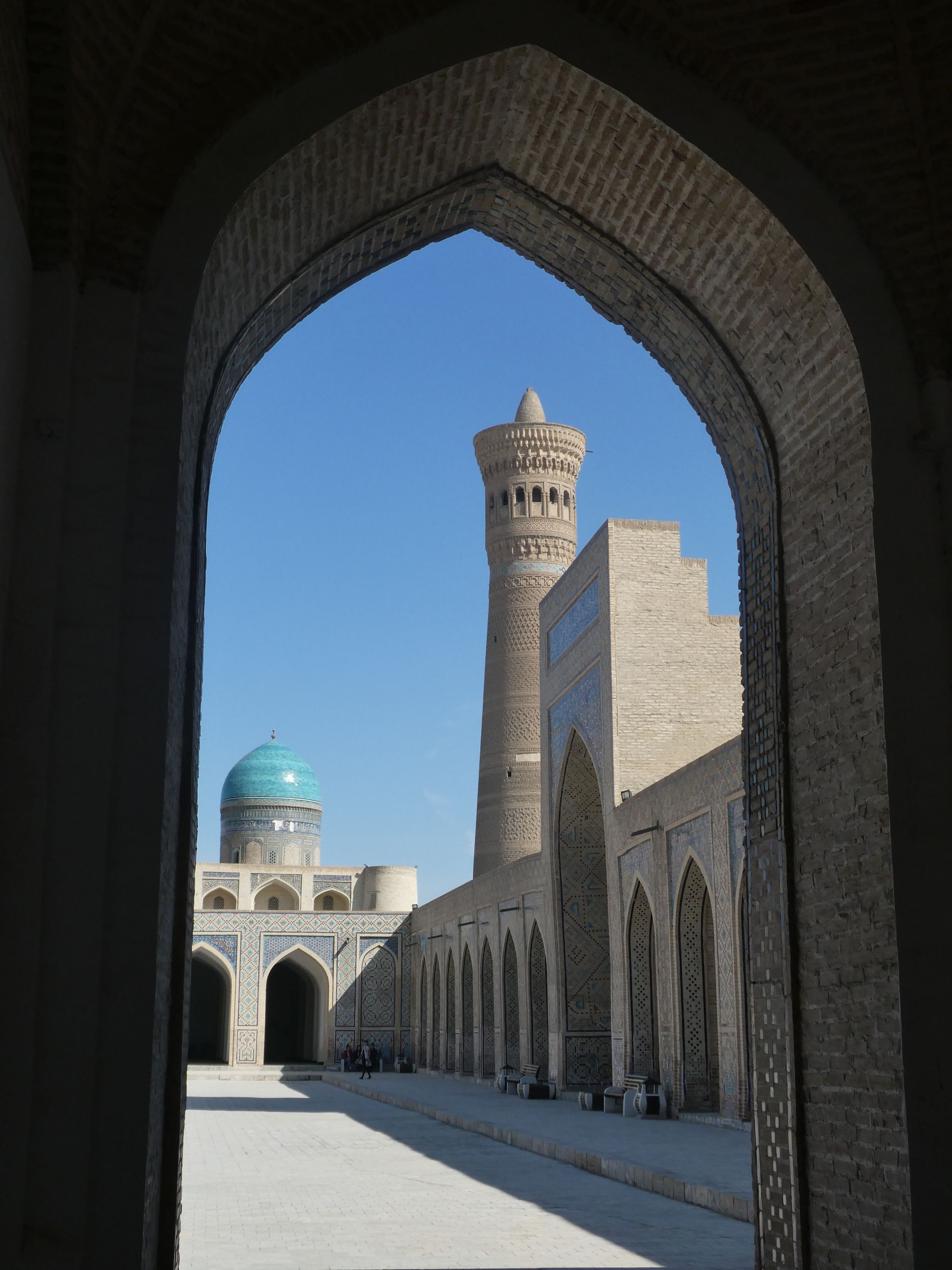 Until the early 1900s, Bukhara’s water supply was via canals feeding about 200 stone pools around the city, which were used for bathing, washing and socialising. In yet another act of cultural vandalism in it’s occupied territories, the Soviets drained most of the pools, although it has to be acknowledged this may have had health benefits. In the 1800s Bukhara was known for its plagues, and the communal pools probably were a major culprit.

Pleasingly, a few remain (pools not plagues) although bathing would be folly. 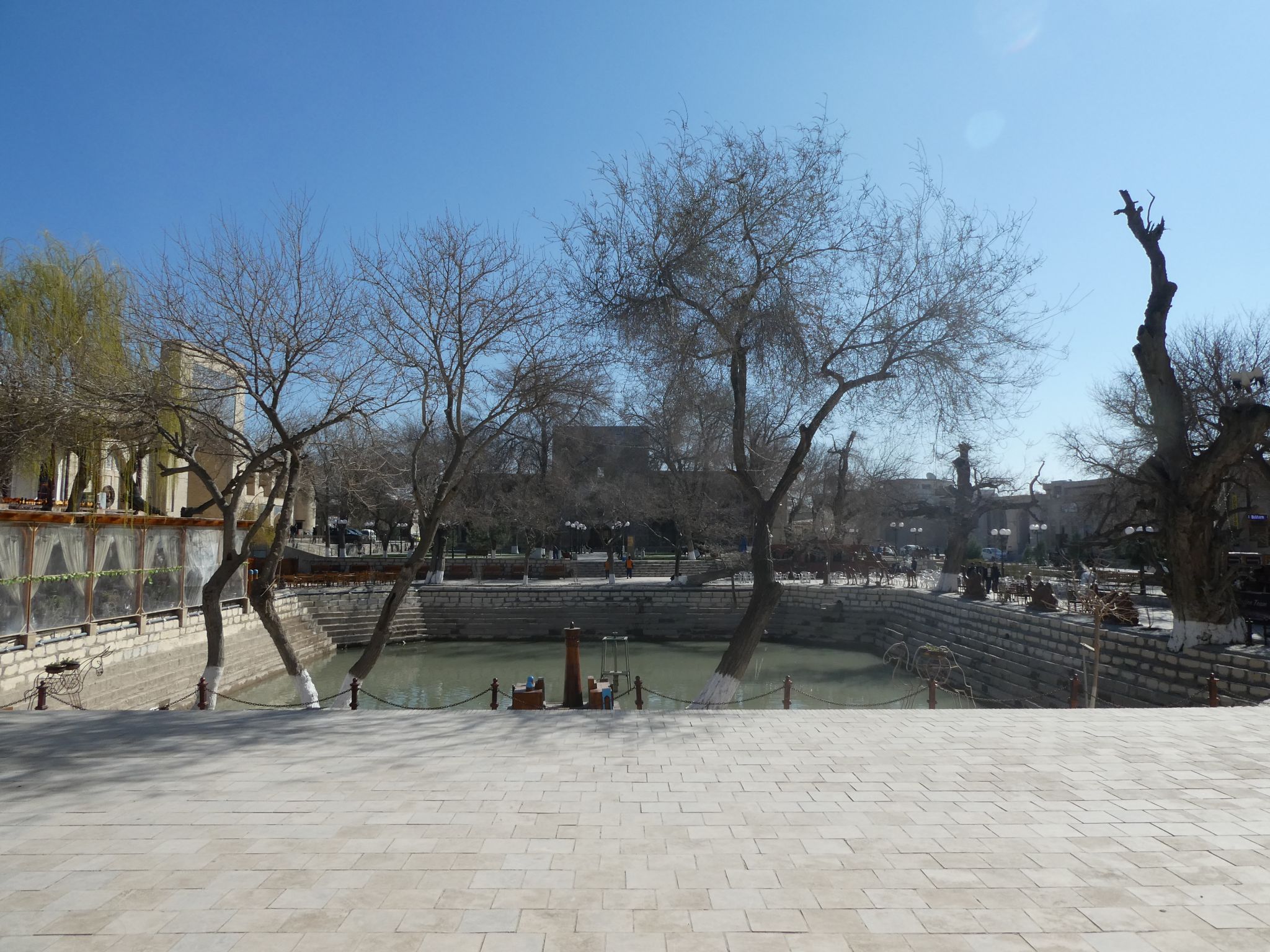 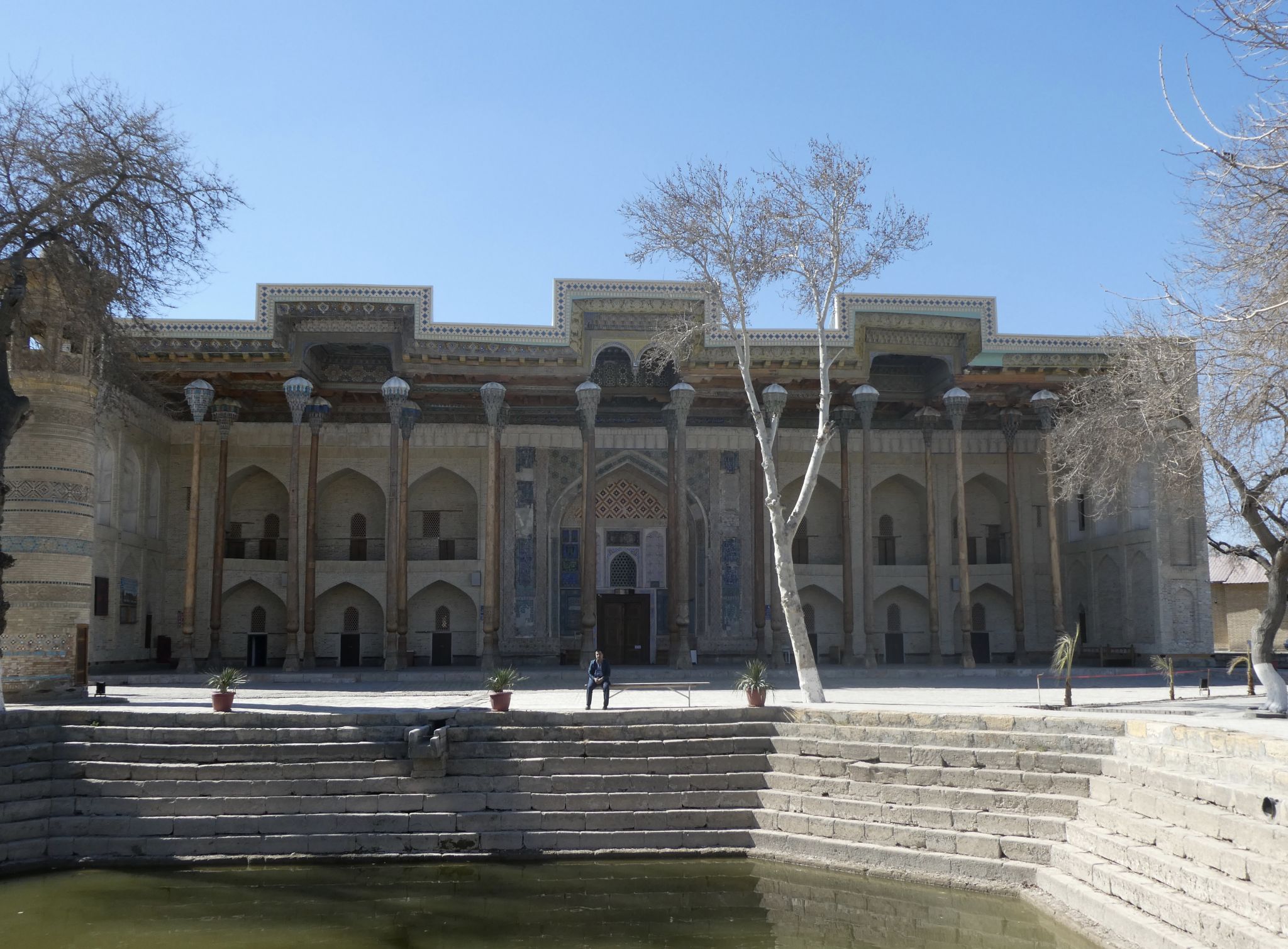 A short walk through a pleasant park is the beautiful Ismail Samani Mausoleum built in 905. Still standing solid despite the earthquakes, invasions and the passing of over 1100 years. 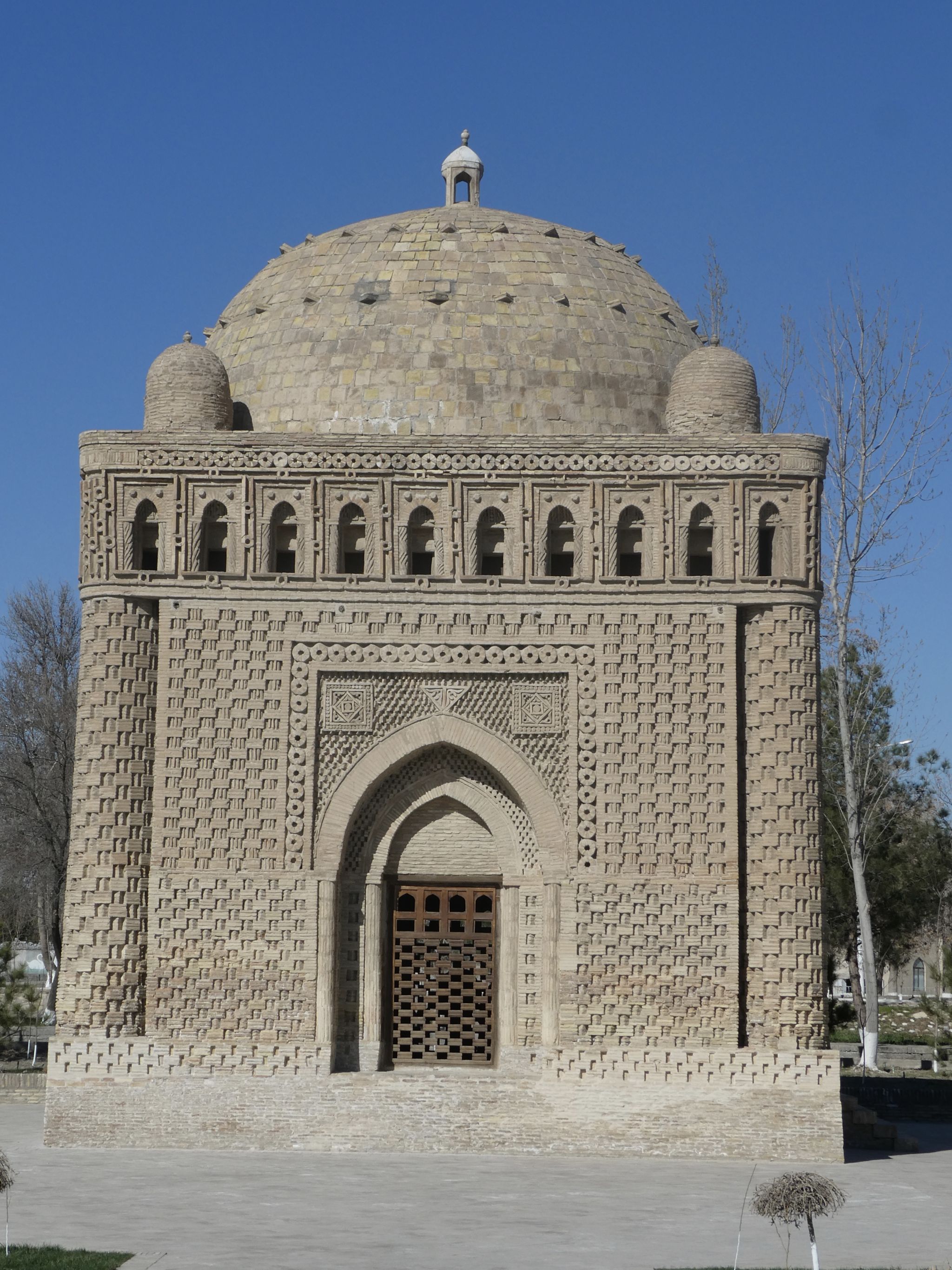 There were not many foreign tourists, and independent travellers must still be a bit of a novelty here as we were constantly asked by local people if they could take a selfie with us on their phone.

For such a masterpiece of history and architecture, Bukhara is surprisingly quiet. Perfect for just wandering around, stopping at leisure to soak up the feel of the place. 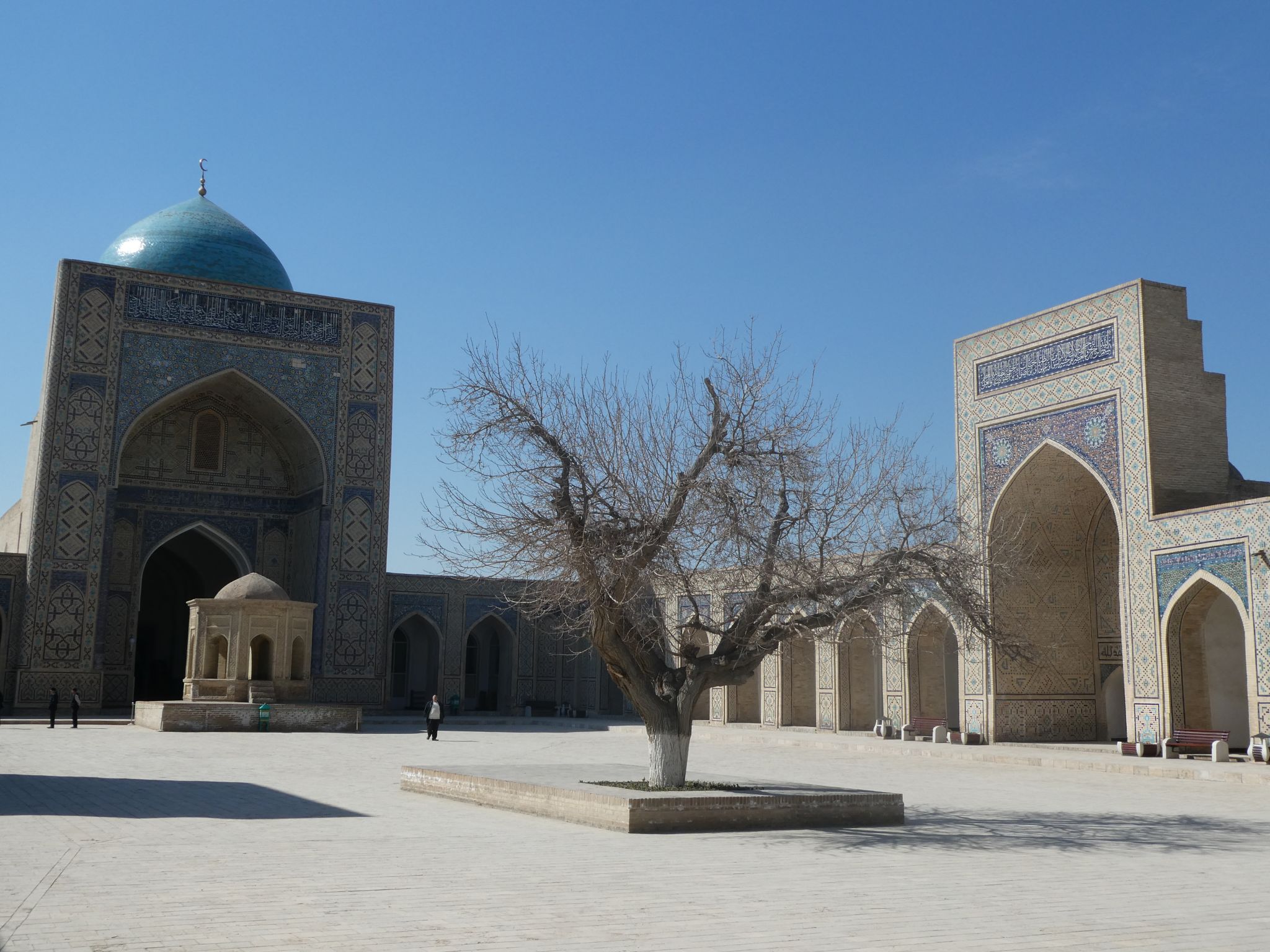 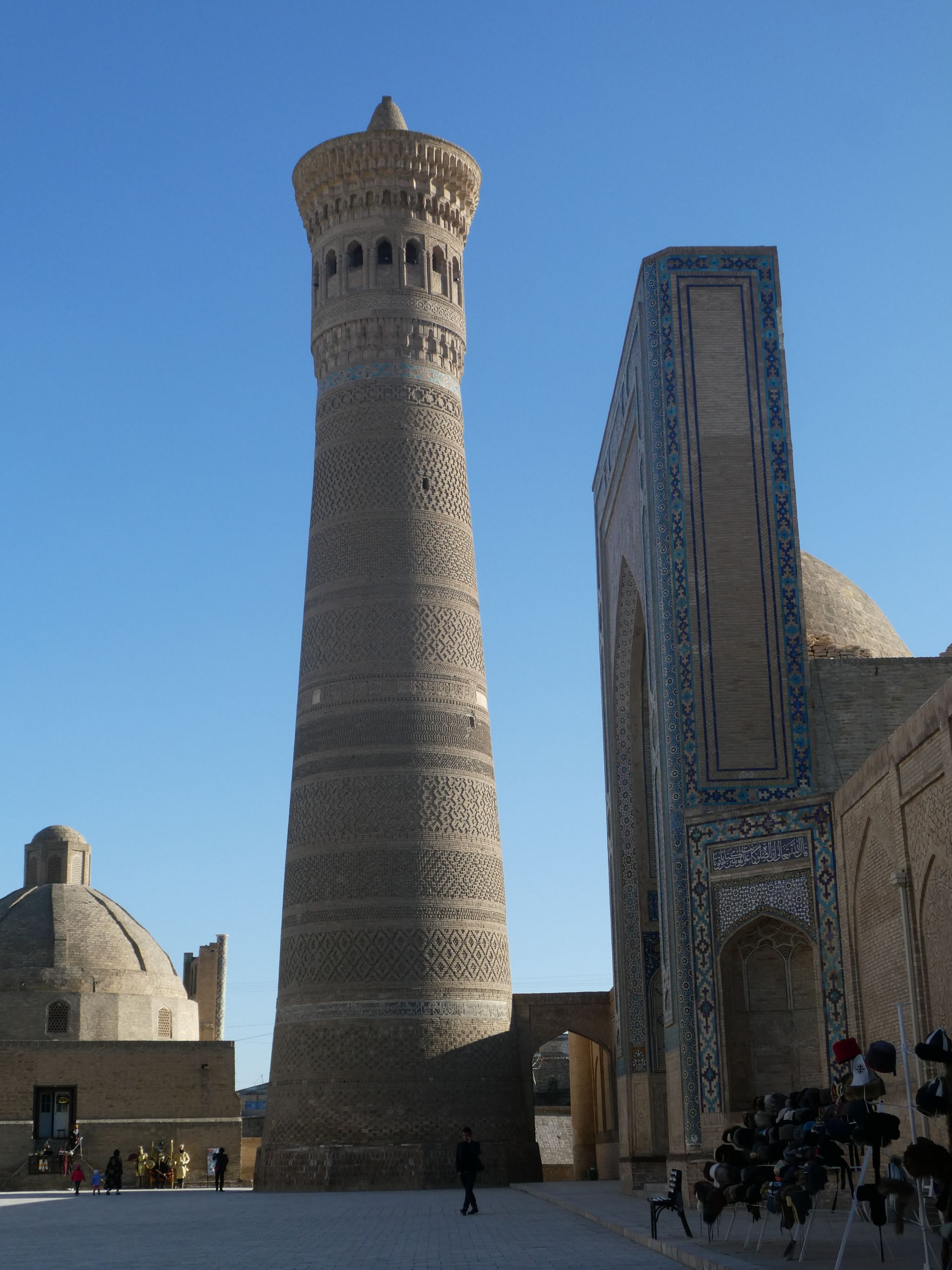 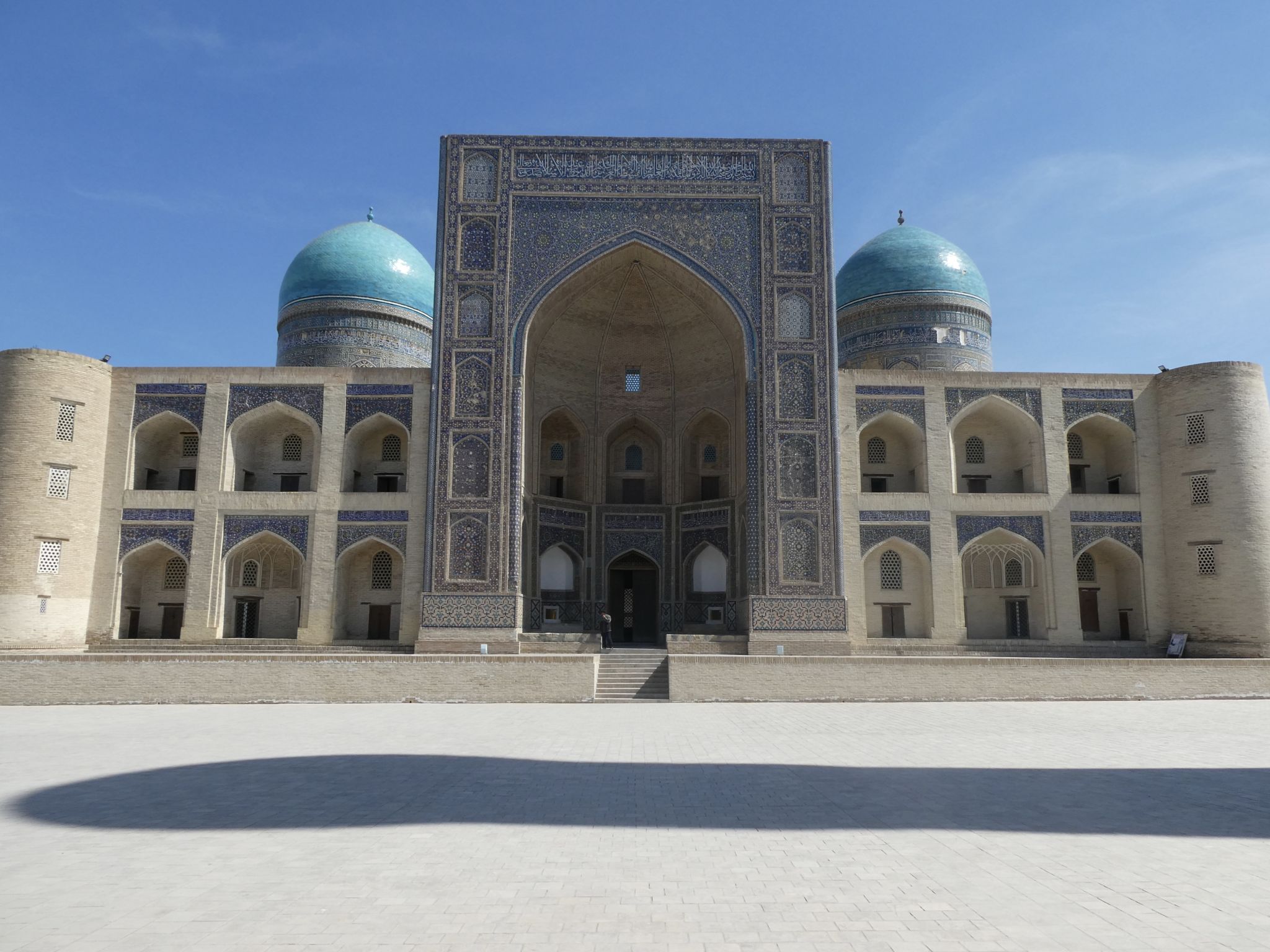 The old town remains a thriving local community. Like so much of the old town, our hotel, the Komil Bukhara Boutique Hotel, presented to the street as a plain mud wall with a large wooden door on a narrow, pot holed gravel lane but through the door – an Aladdin’s treasure is revealed. 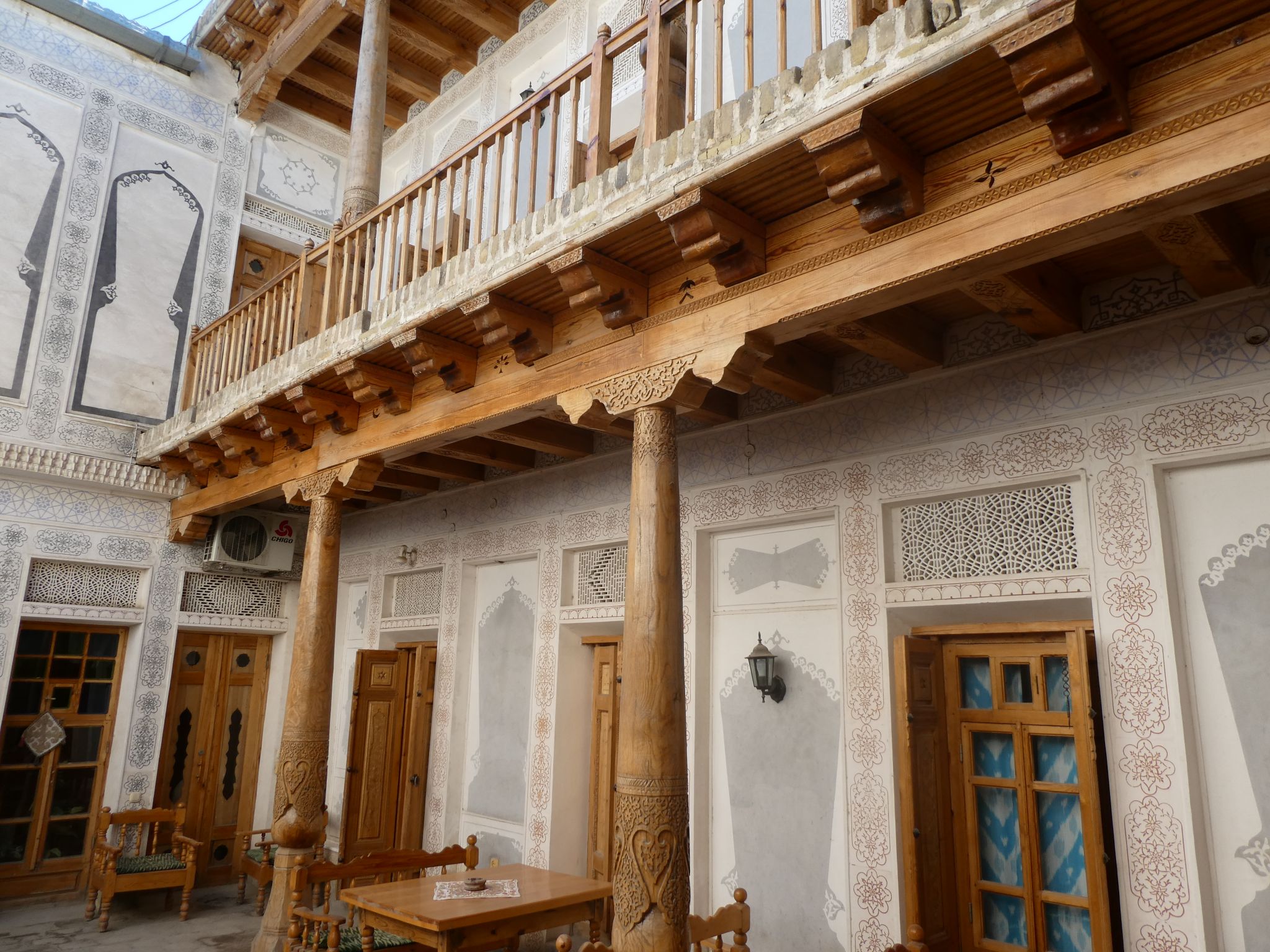