From Bukhara we drove out to a yurt camp near Lake Aydarkul.

On the way we stopped to see an ancient water reservoir. 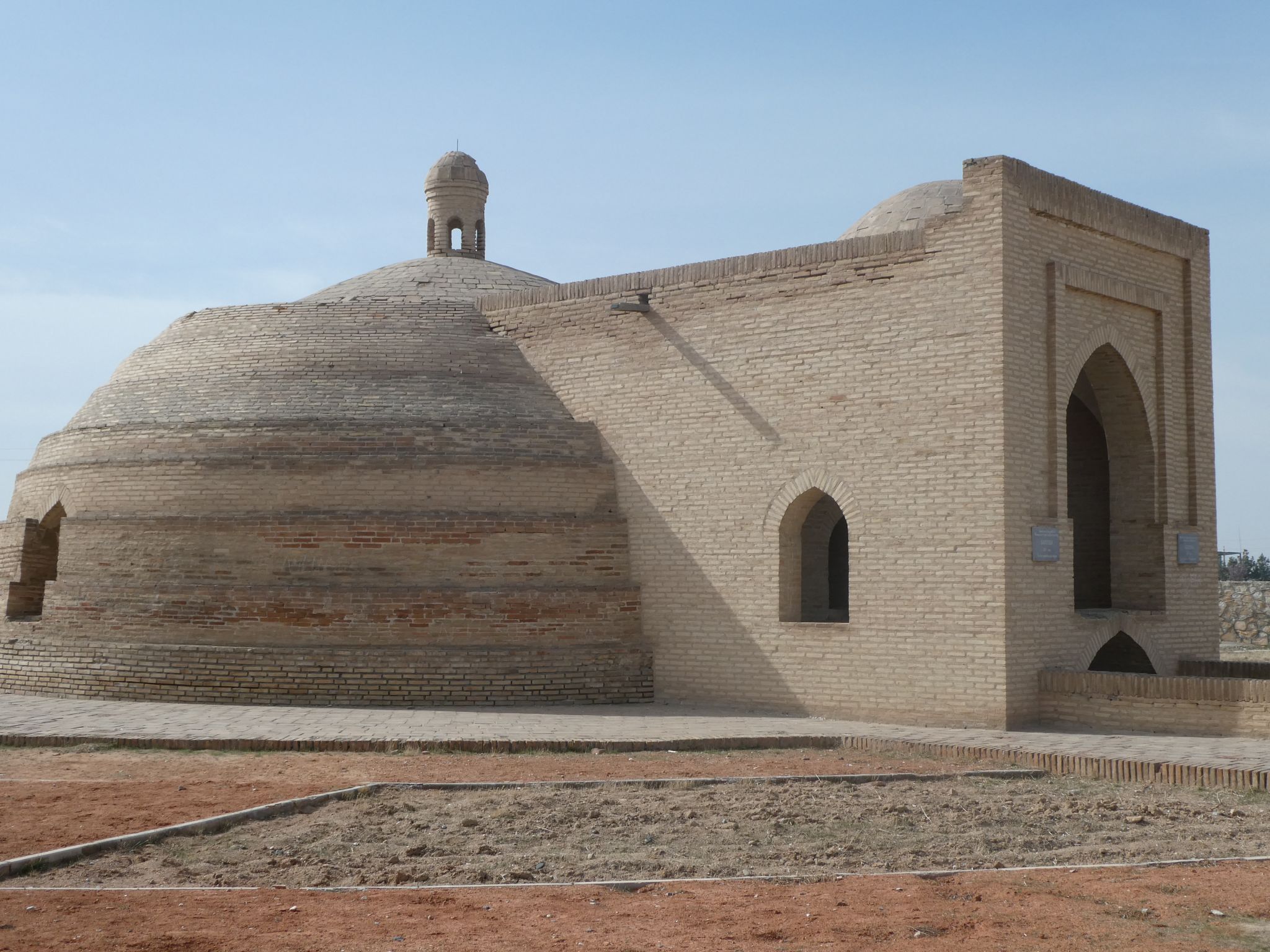 And some even more ancient petroglyphs. 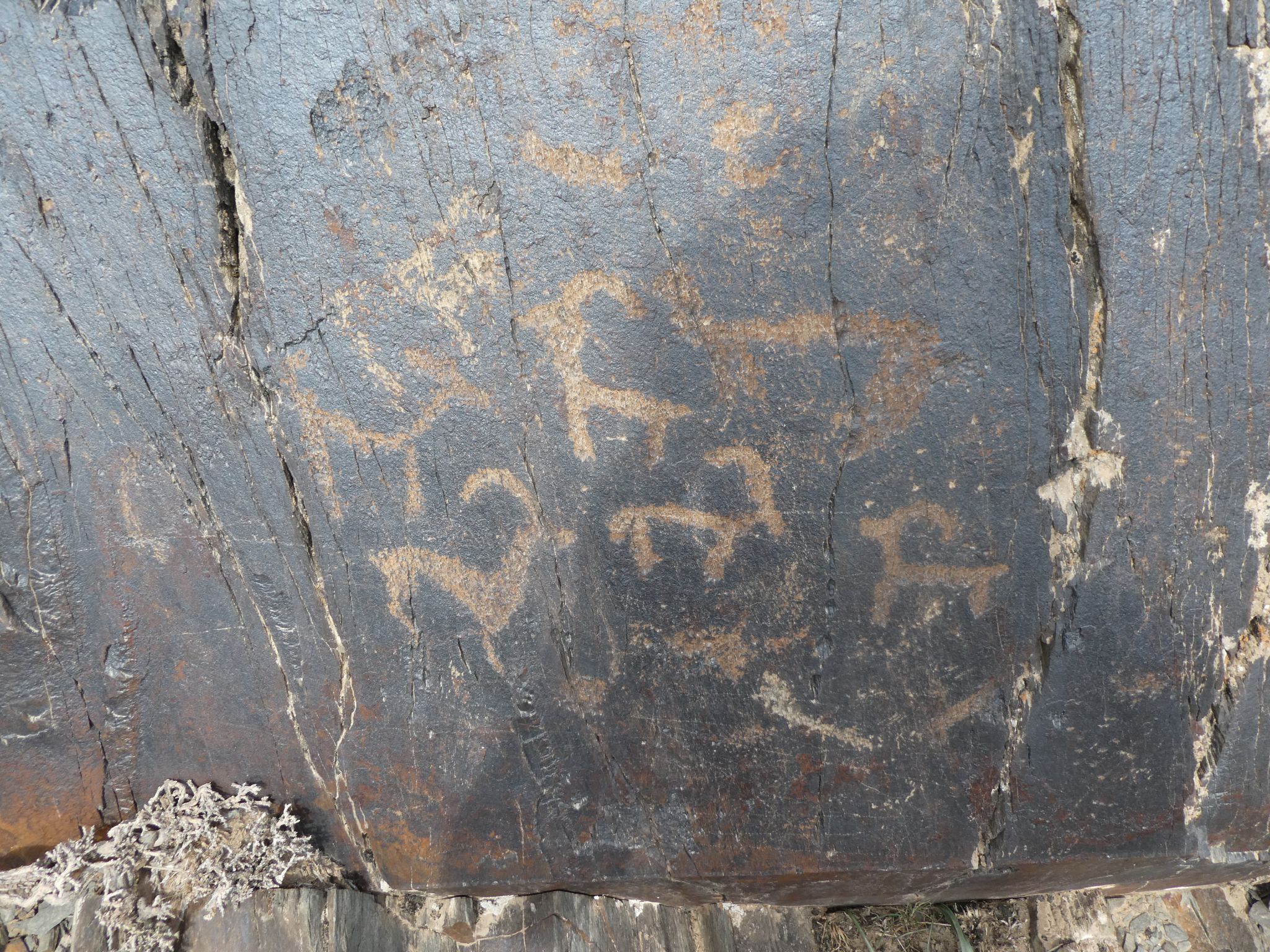 When we arrived they were setting up a yurt. 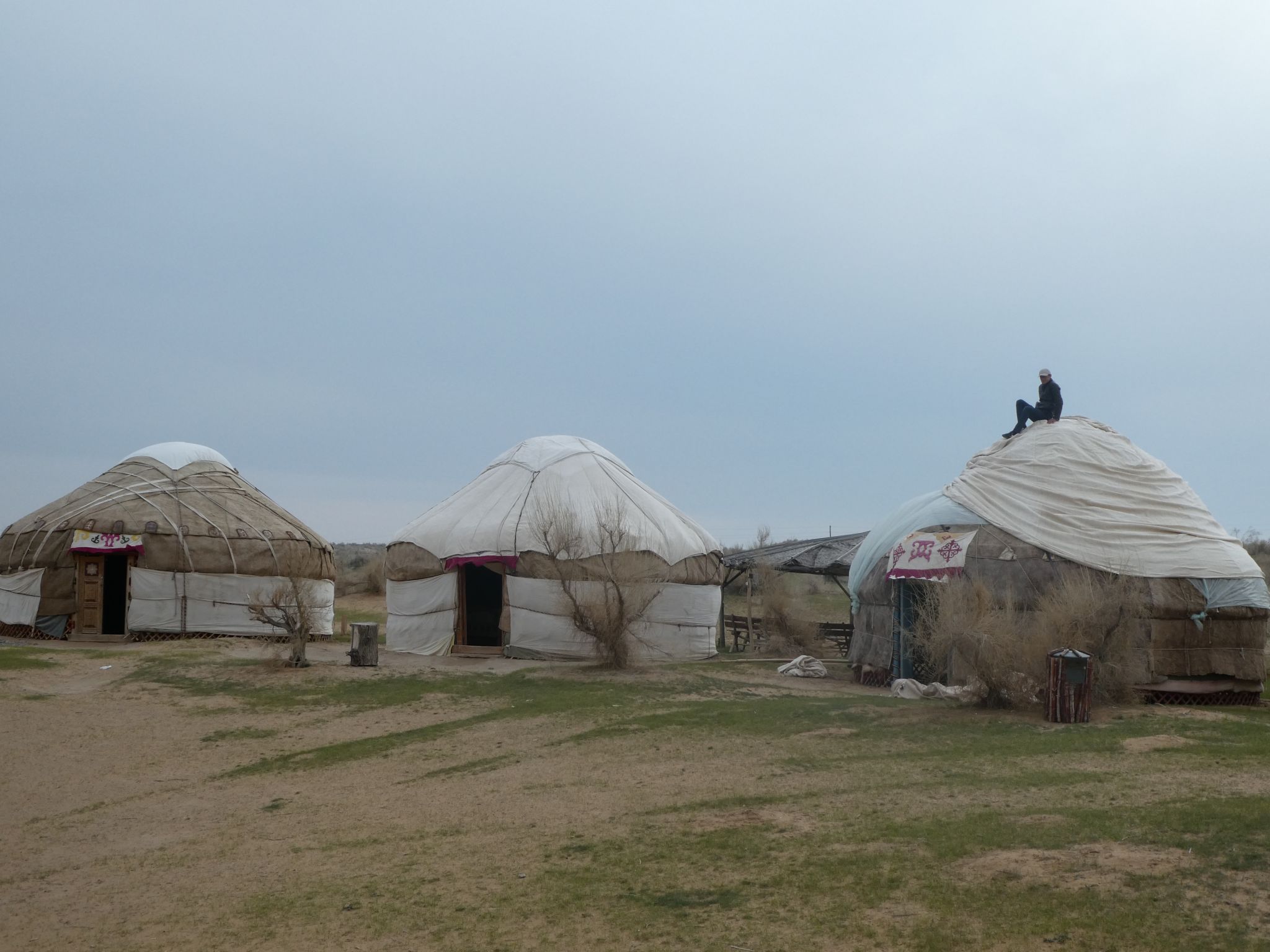 It was very early Spring so still very cold and we were the only visitors.   The yurts have a small wood fired heater inside which pumps out a remarkable amount of heat.  The only problem is having to wriggle out from under a pile of blankets to top it up when it burns low.  Here’s the one we slept in. 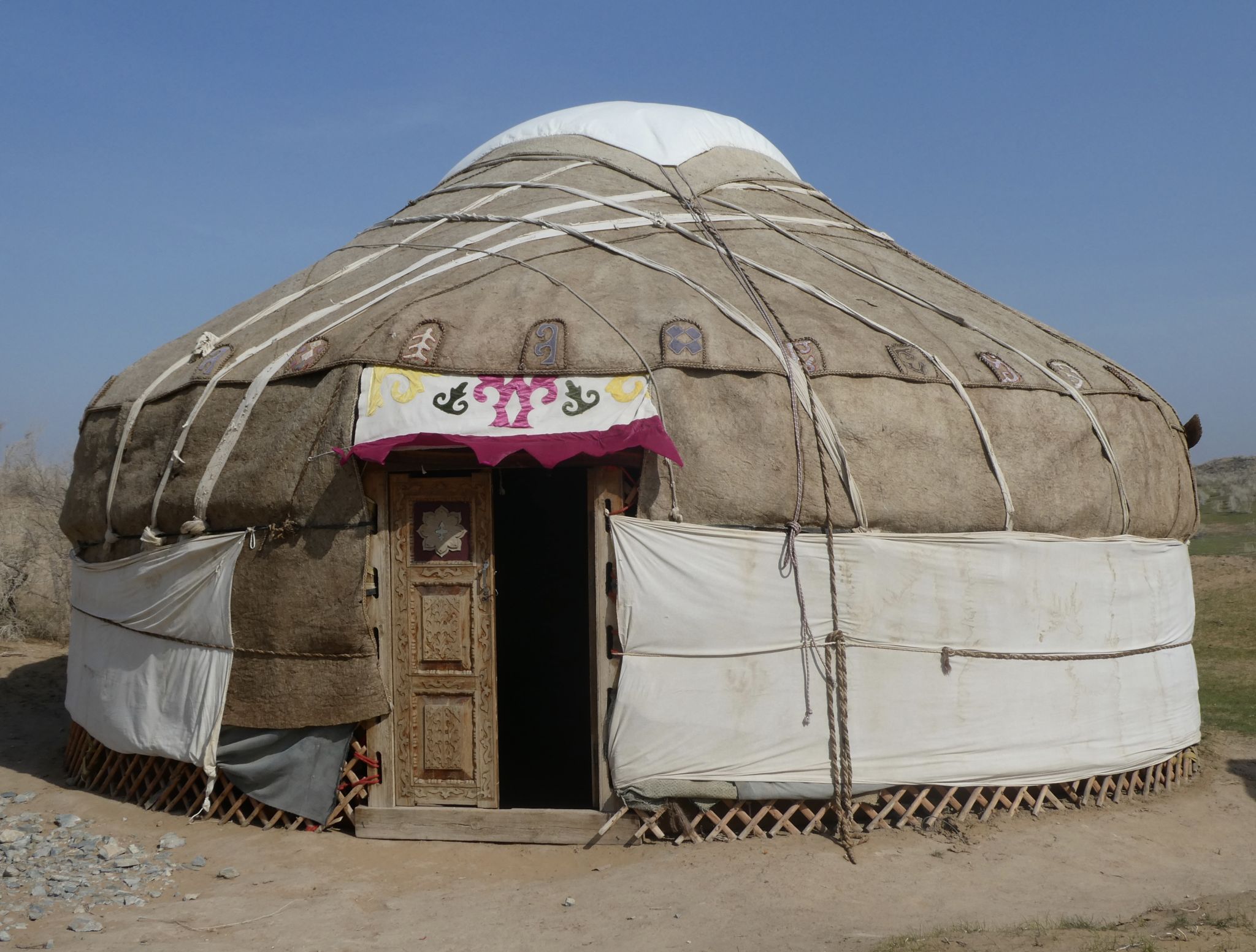 The area is very peaceful and after lunch at the camp we got a lesson in riding camels.

The camels were two humped bactrian camels (I am reliably informed by my brother based on photos sent) and they were quite placid.  We had ridden one humped dromedaries in Jordan in 2014 and found them a bit testy – prone to spitting and snorting, and somewhat wilful.  The bactrians had no such bad habits and were very compliant. 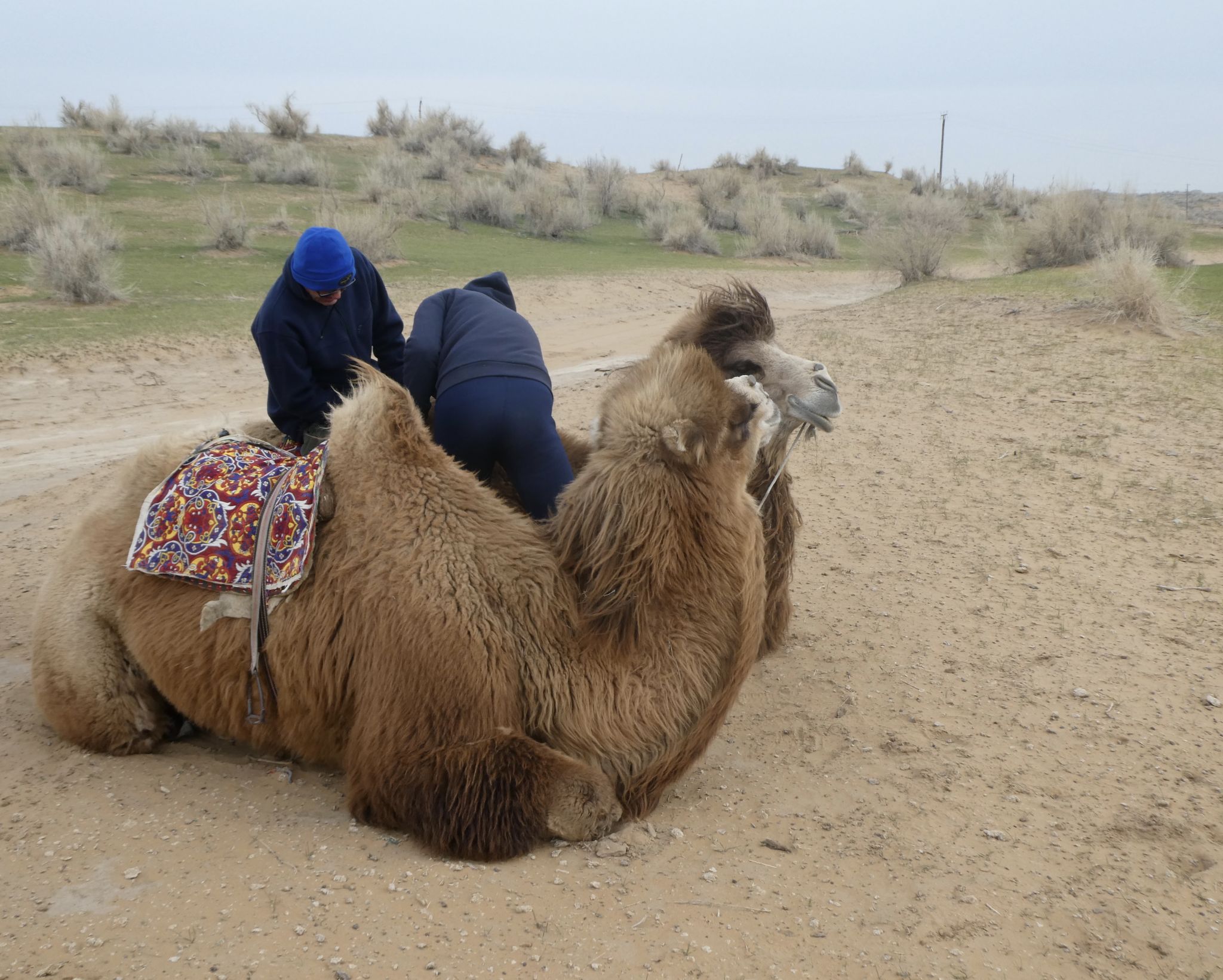 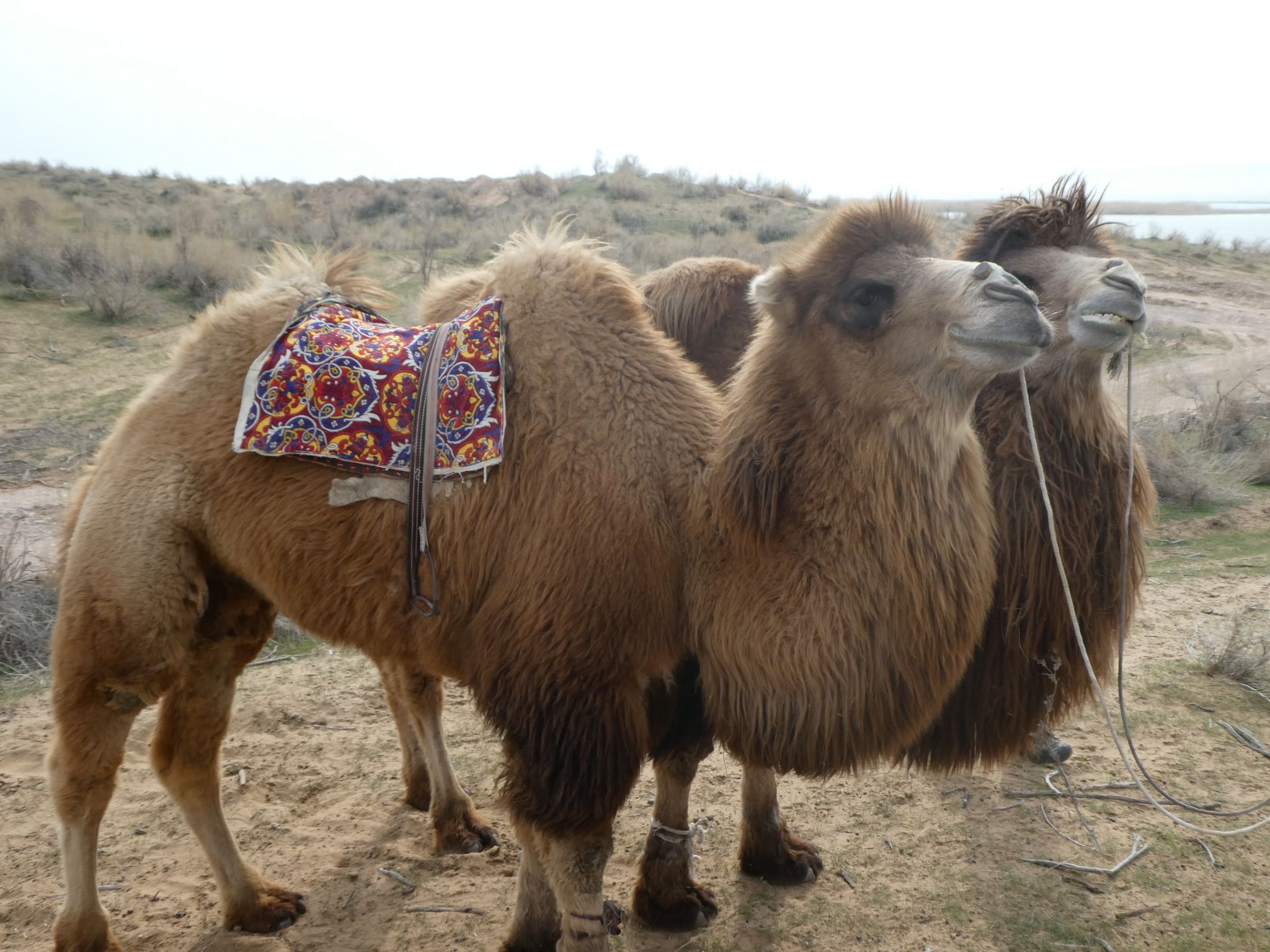 The next day we went for a longer ride from the yurt camp to Lake Aydarkul.  Hand on heart, you’d have to say it’s not a very comfortable way to travel, but the gentle rocking of the camel as it mooched along and the total quiet and emptiness of the landscape made it almost a meditative experience. 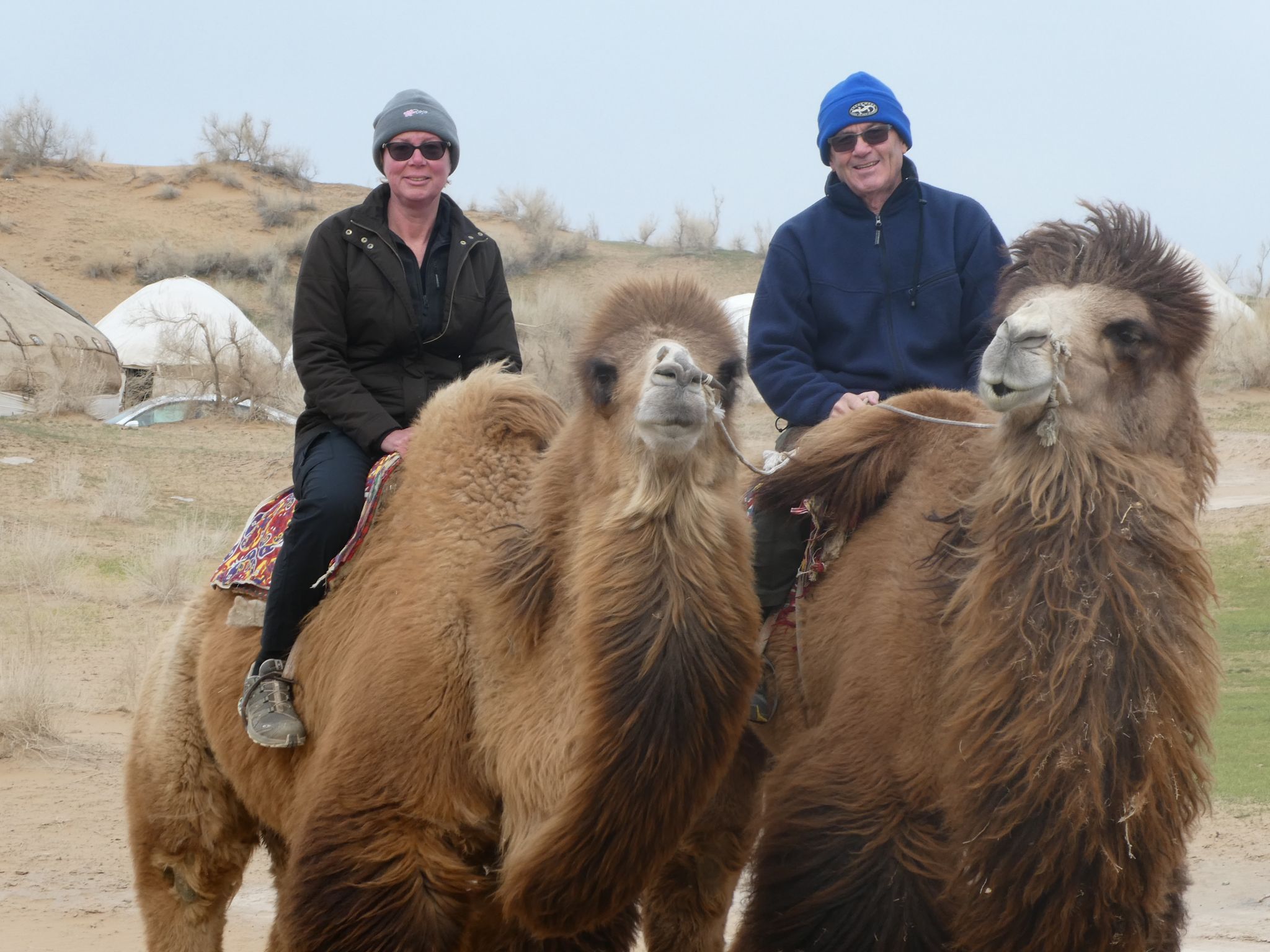 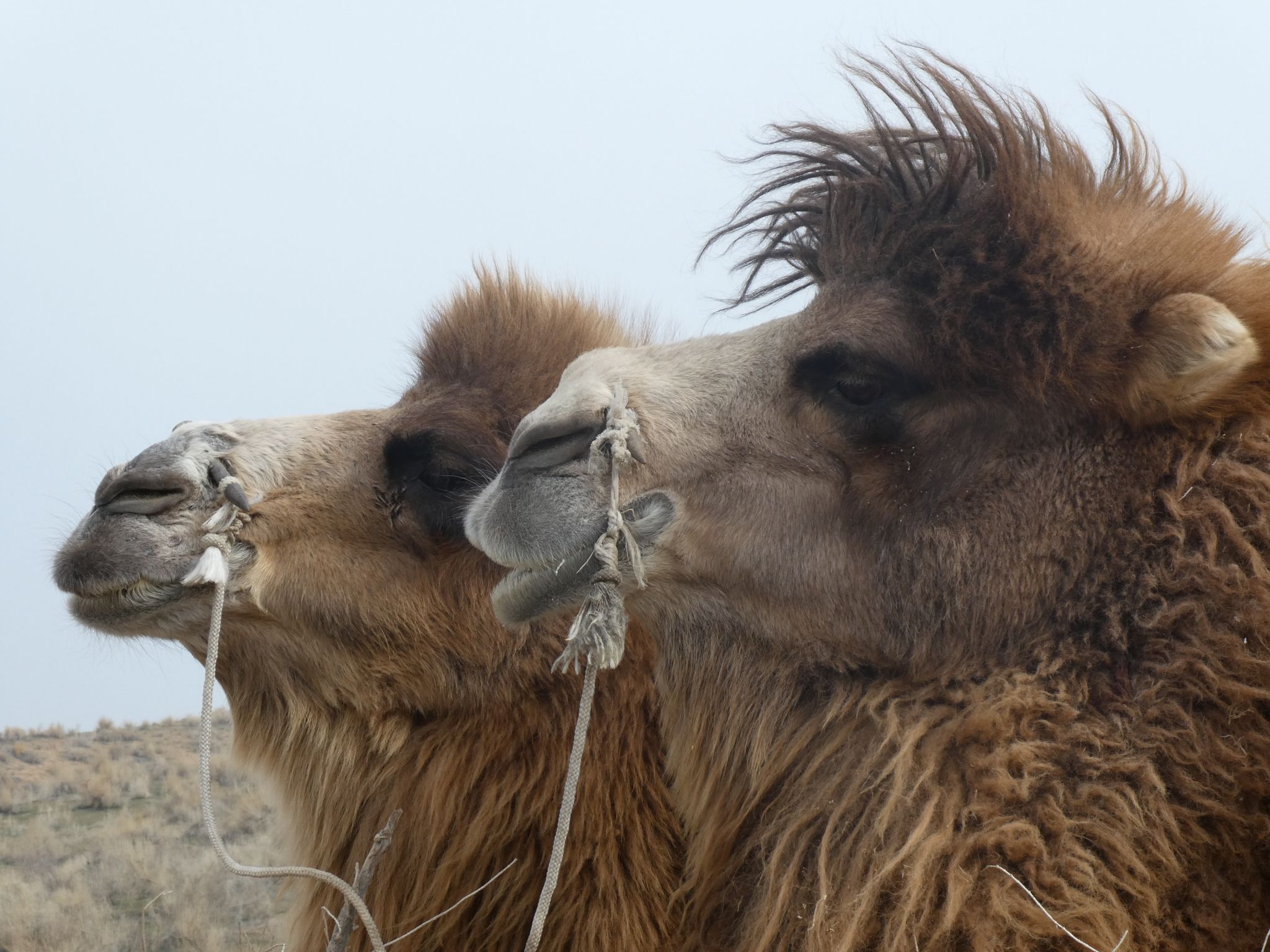