Another day, another Silk Road city.  It must be said that by now John was a little over ‘the four M’s’ (mosques, mausoleums, minarets and medresses) but hey, we are unlikely to ever be back in this part of the world, so you should see it all even if it’s an overload, right?

We caught the night train from Samarkand to Urgench and then shared a taxi with a local lady and her aged mother to Khiva.

Khiva is said to have been founded in biblical times, when Shem, son of Noah discovered water there.  Archaeological investigations date it to at least the 8th century when it was a trading post on a side route to the main Silk Road routes.

It grew to significant size in the 1600s as a major slave trading town, and remained so through various rulers, including at one time becoming an outpost of the Persian empire, until the 1800s.

Like the rest of Central Asia, it was eventually overrun by the Russians in the 1920s in their conquest of the various small states in Central Asia which were then integrated into the USSR.

The old city is a completely enclosed walled city.  At a couple points it is possible to gain access onto the walls and walk sections of it. 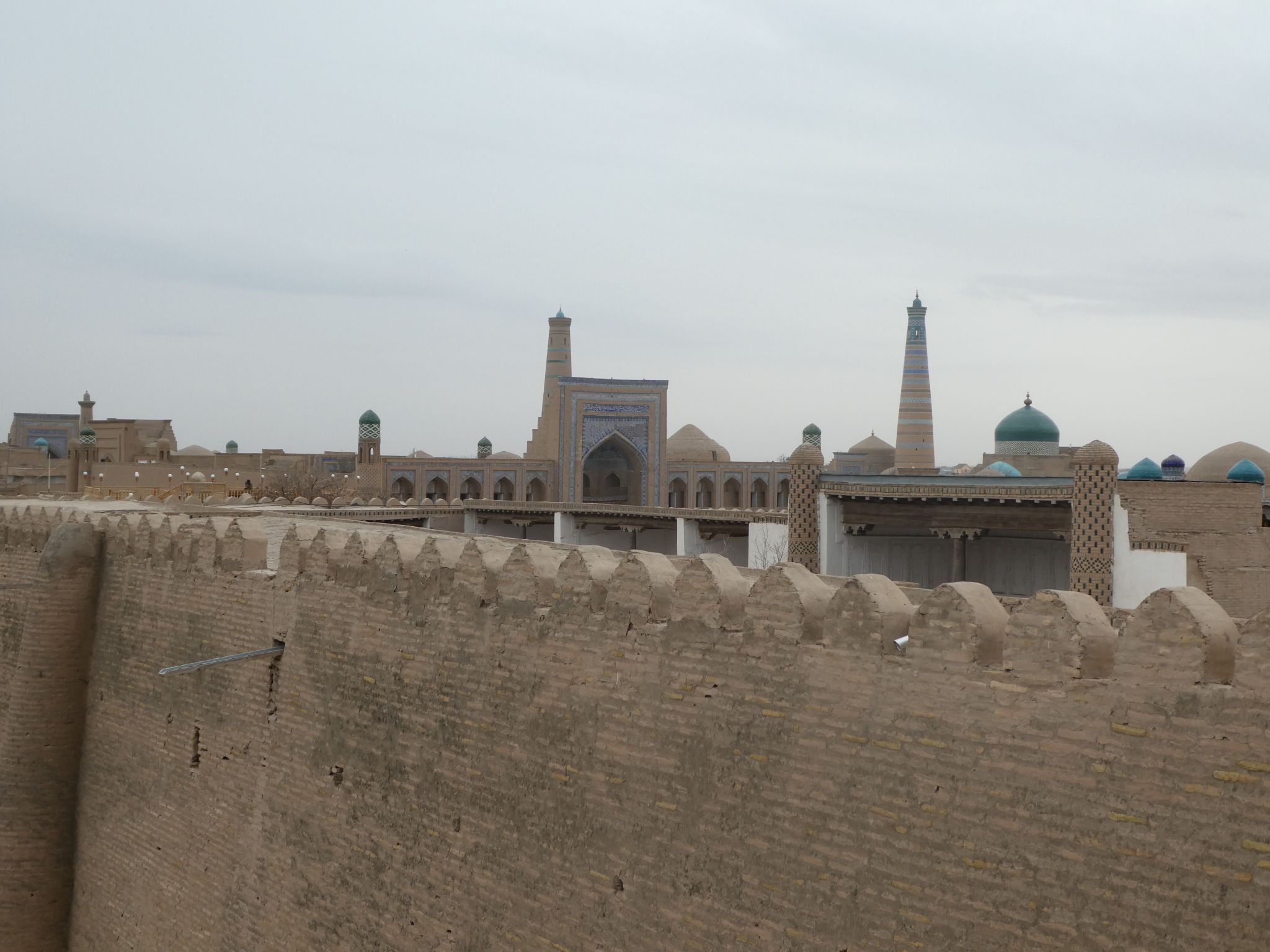 The restoration work within the old city has been sympathetic and there’s a visual feast around every corner. 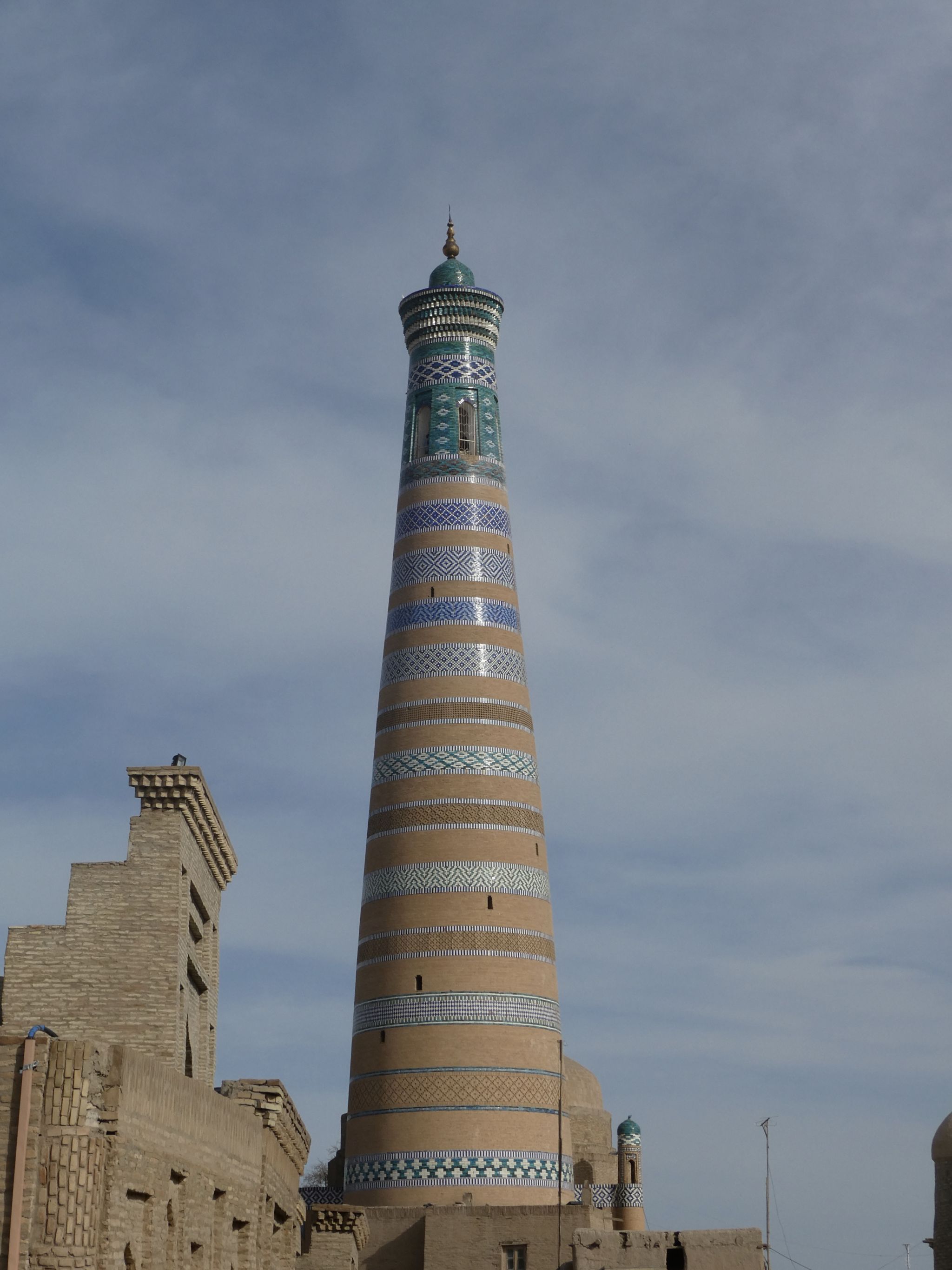 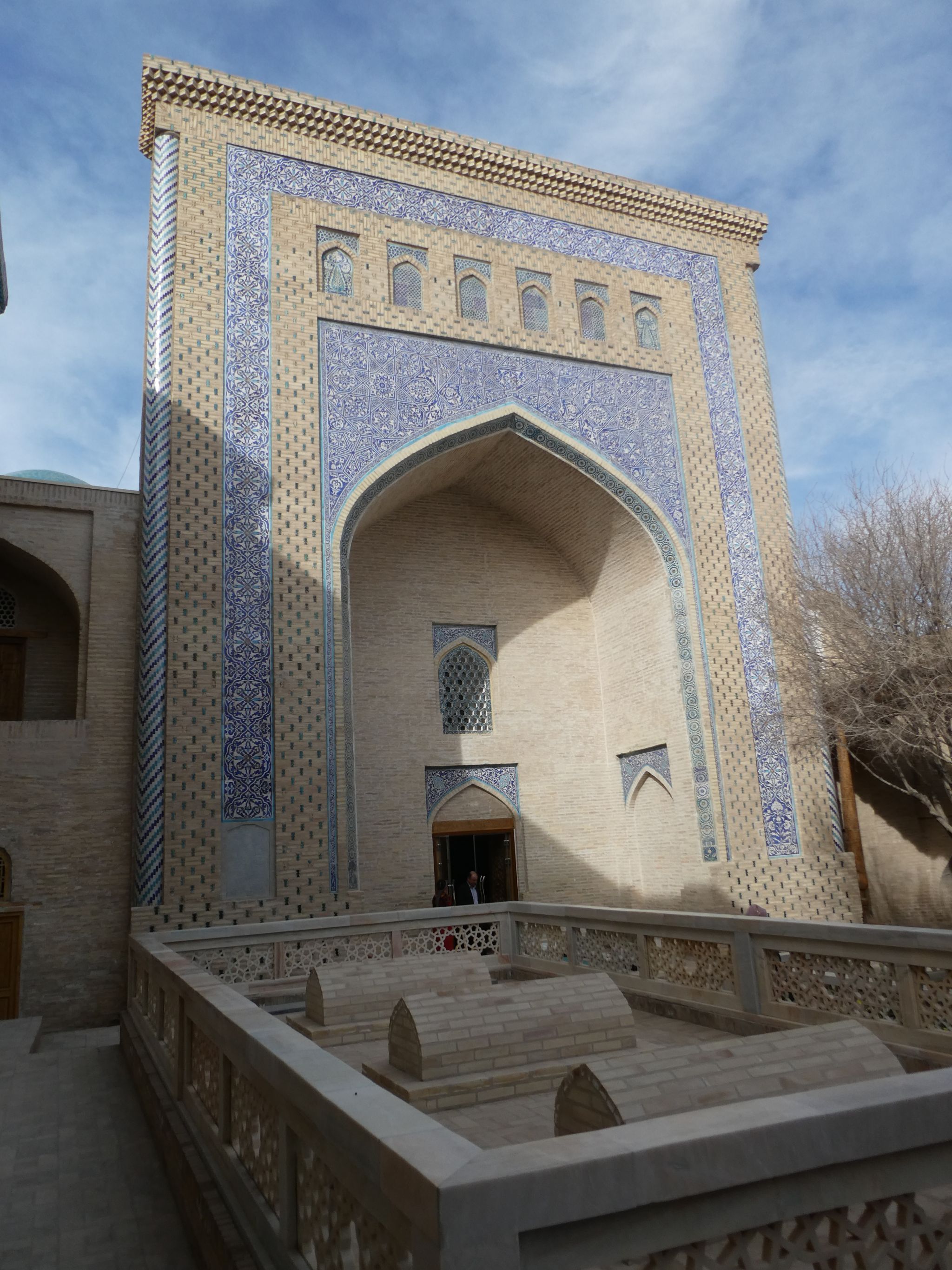 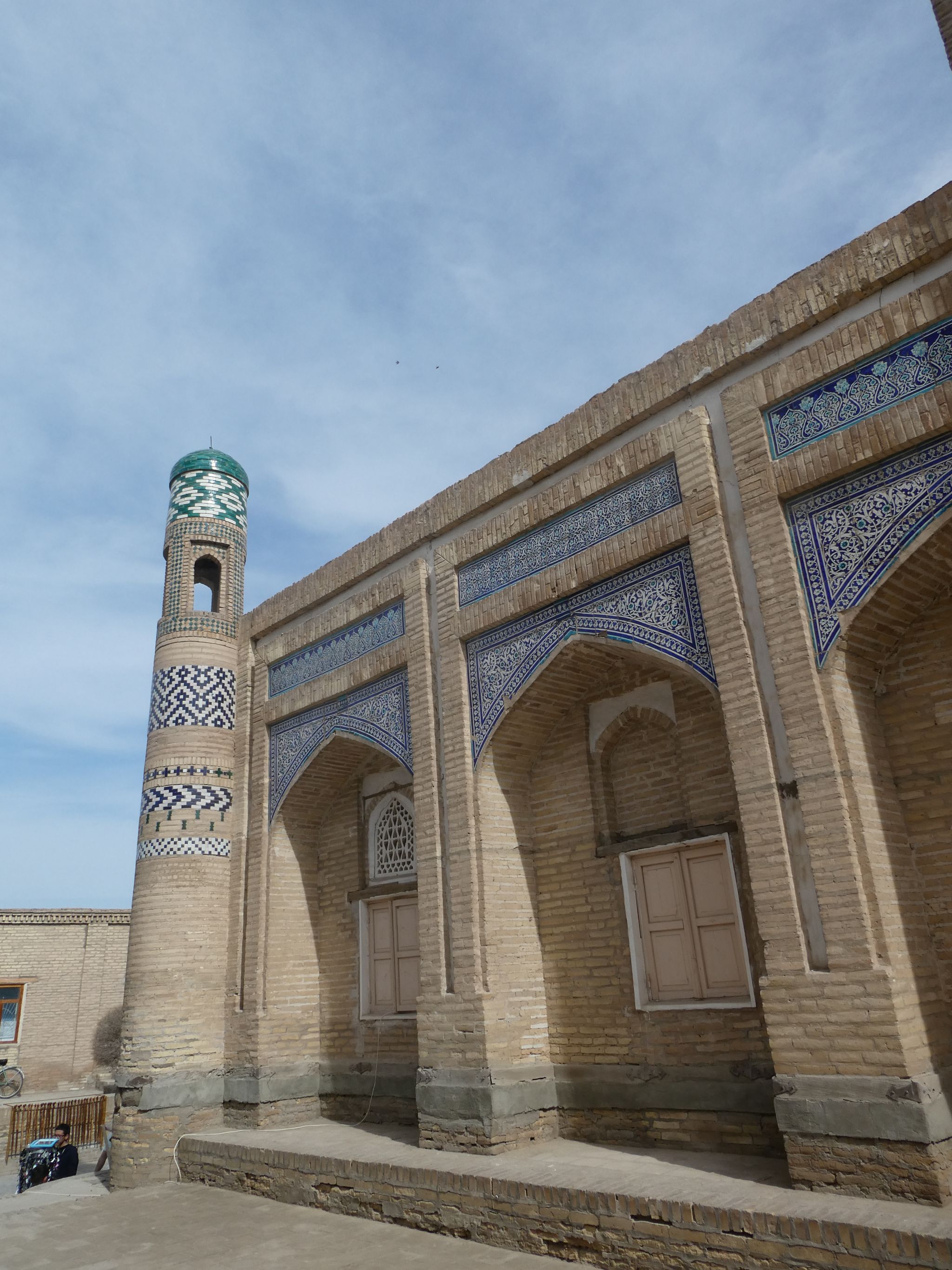 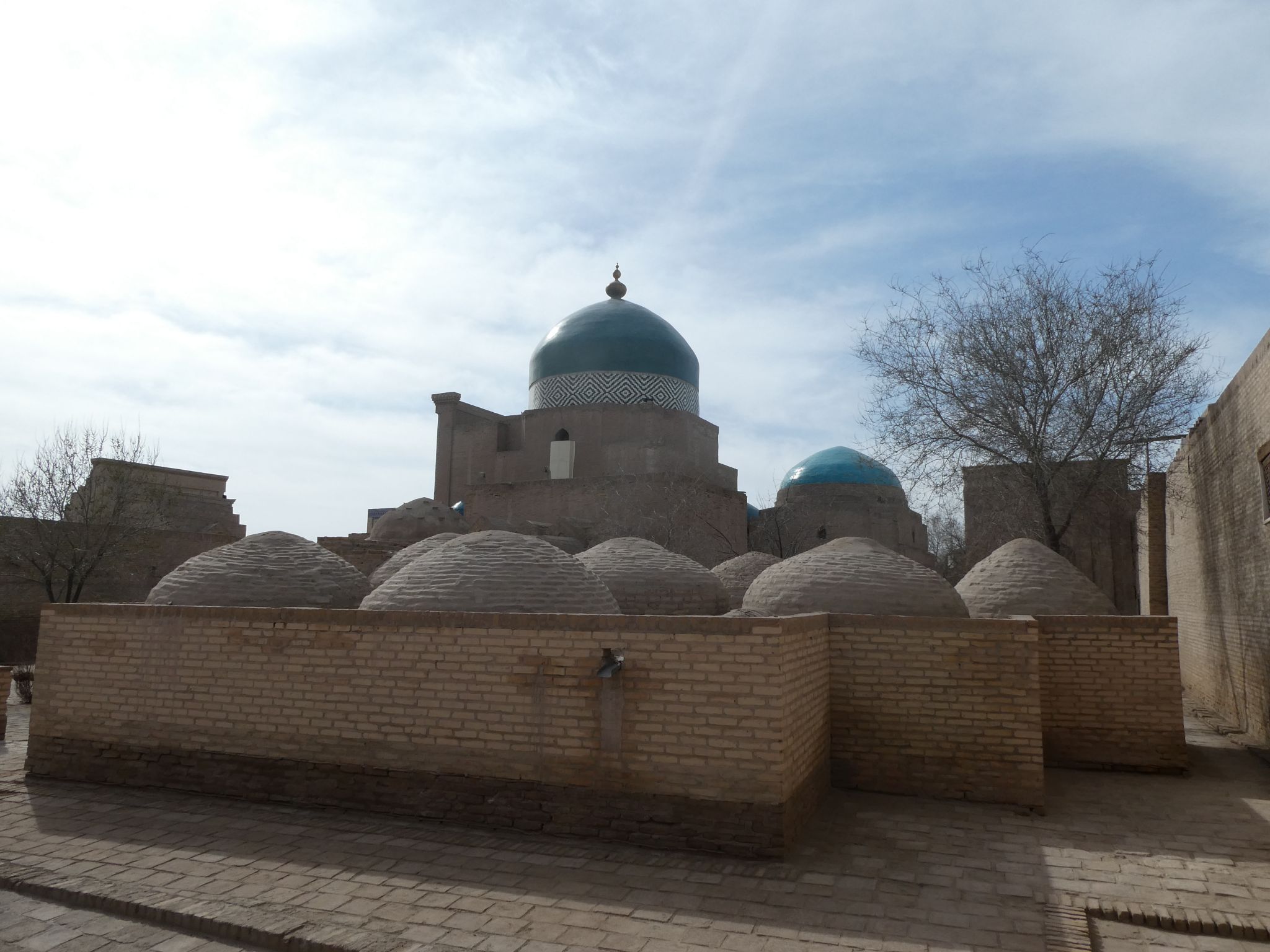 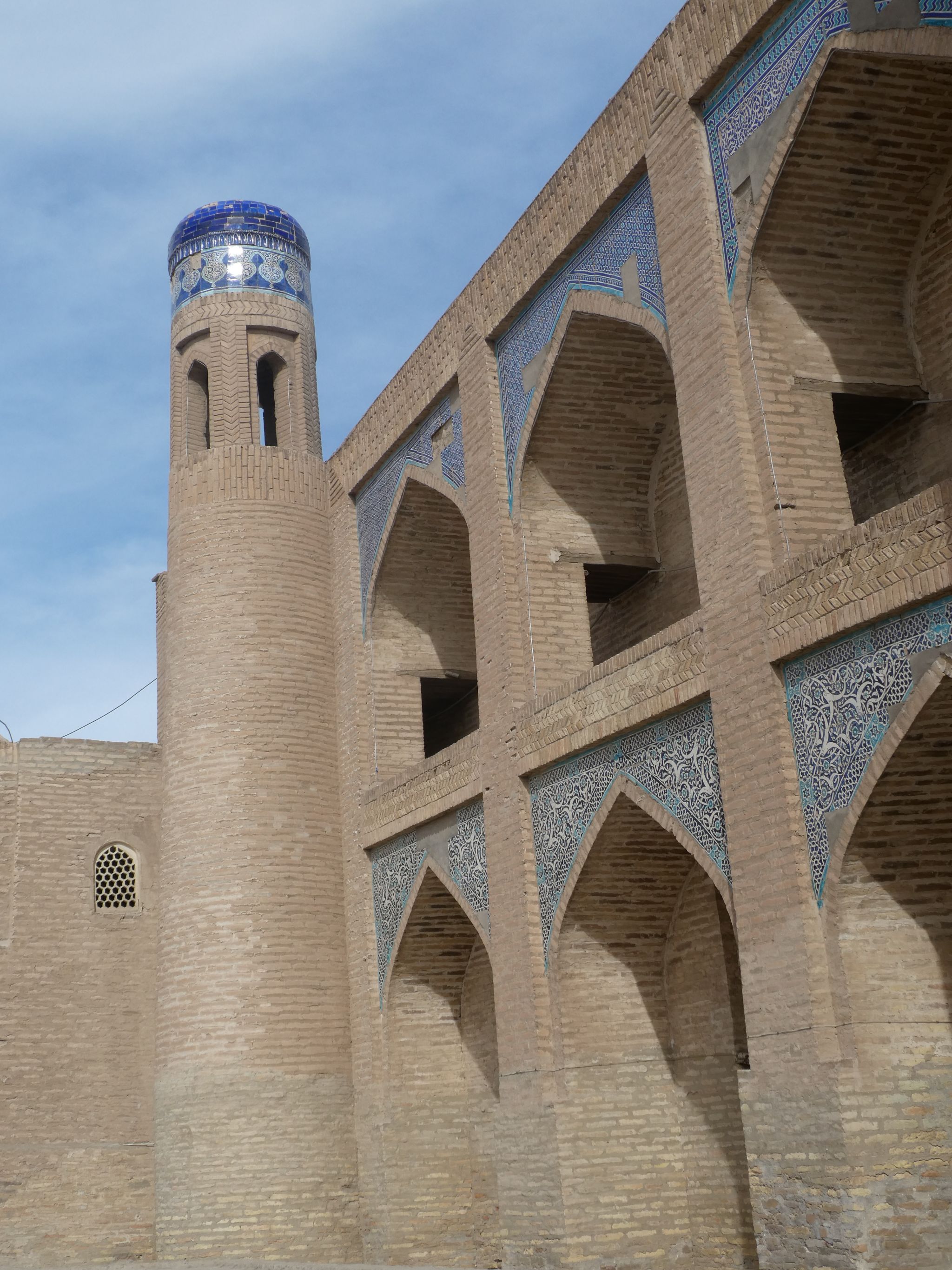 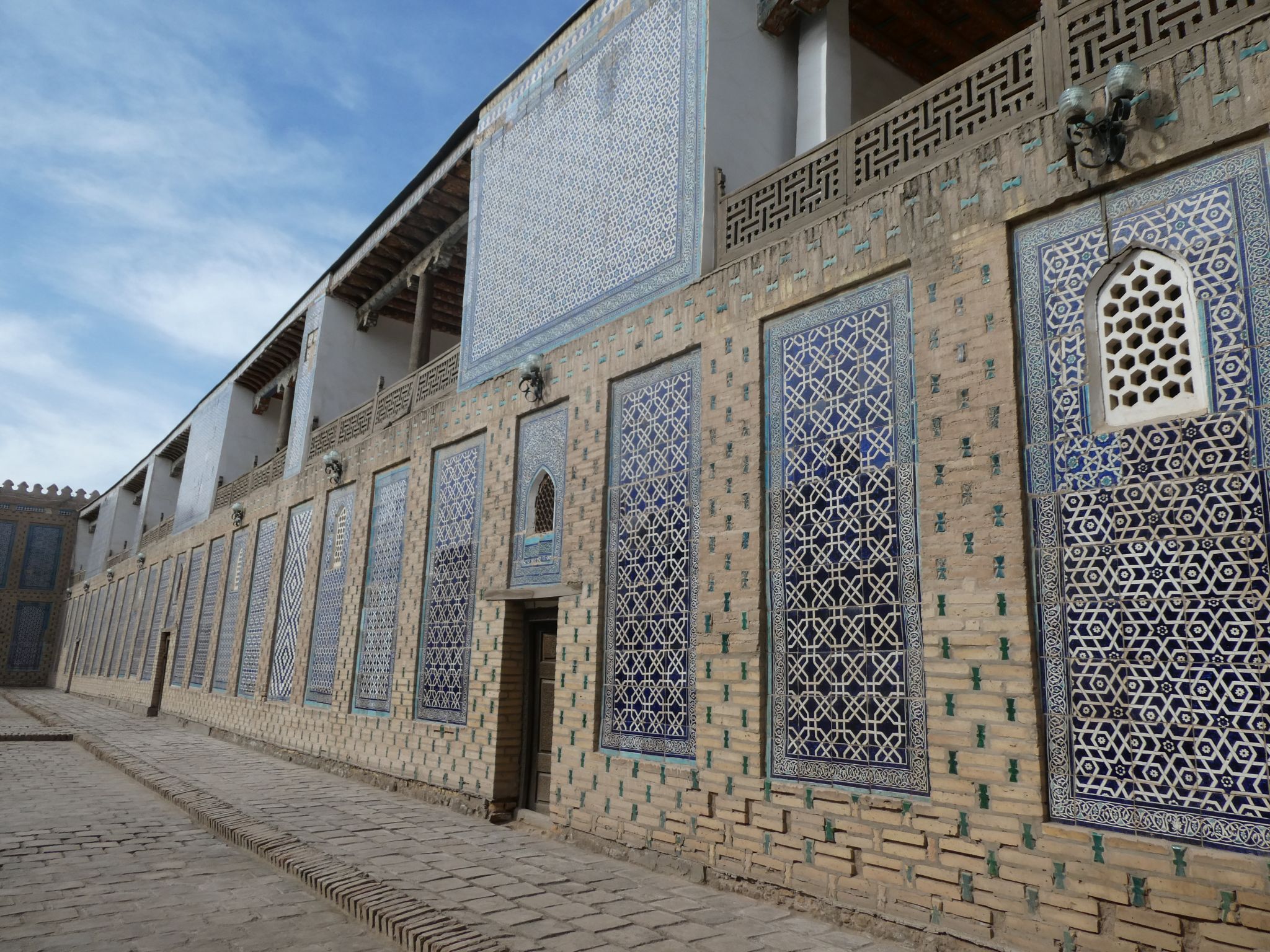 The old city is vehicle free and it’s small enough you can get around the whole city on foot in a day, depending how much time you spend browsing the little market stalls that are all along the streets. 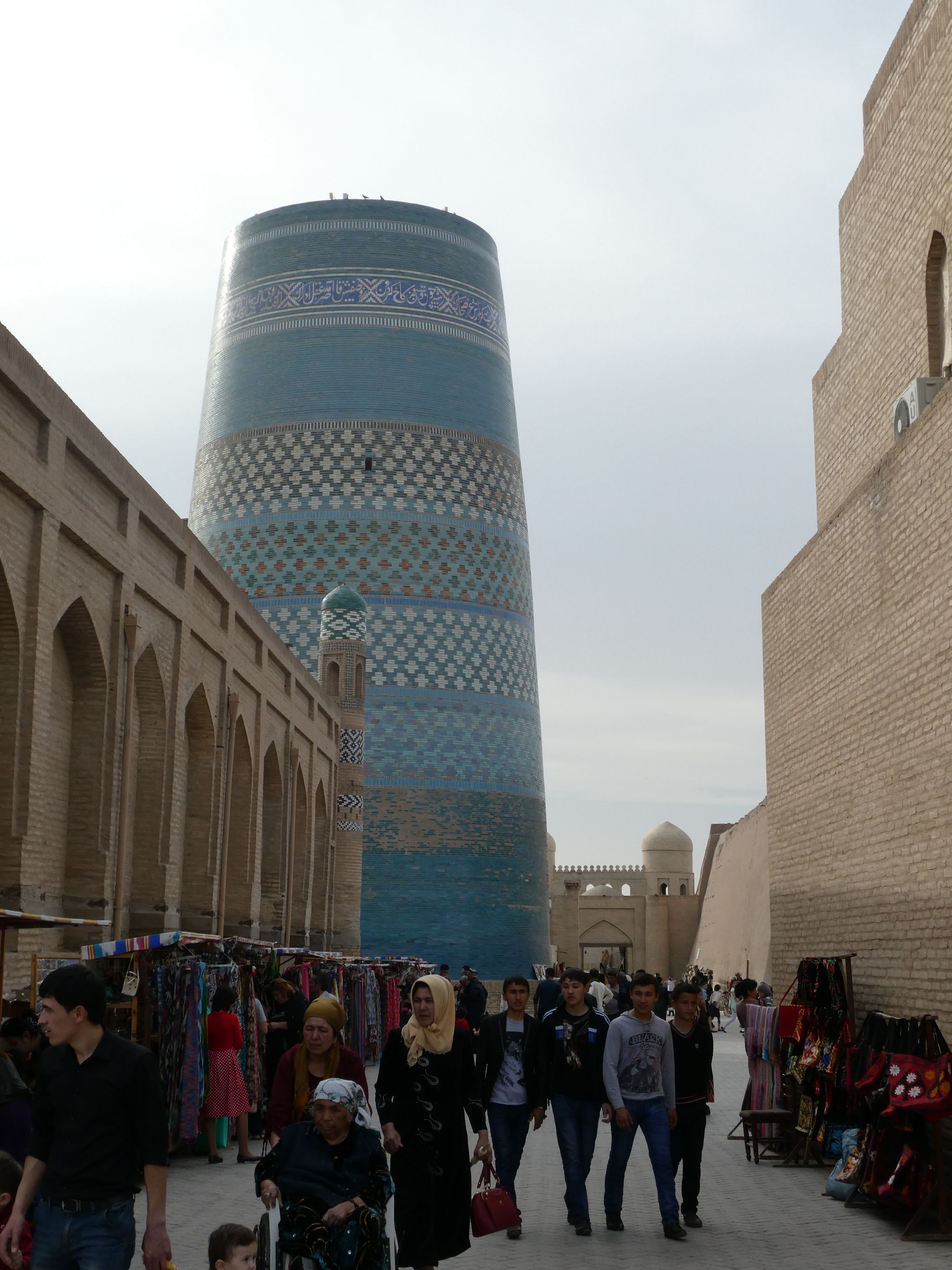 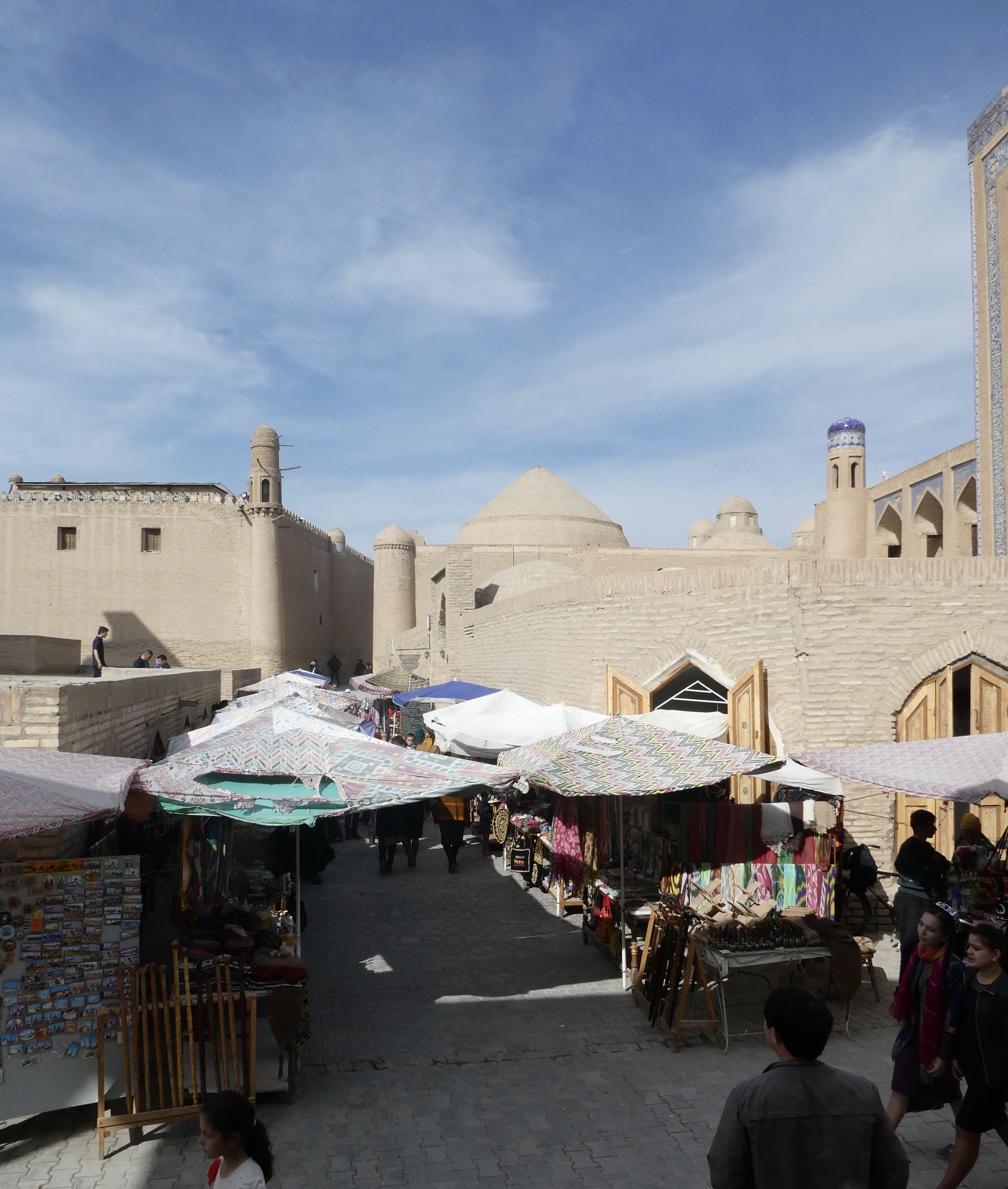 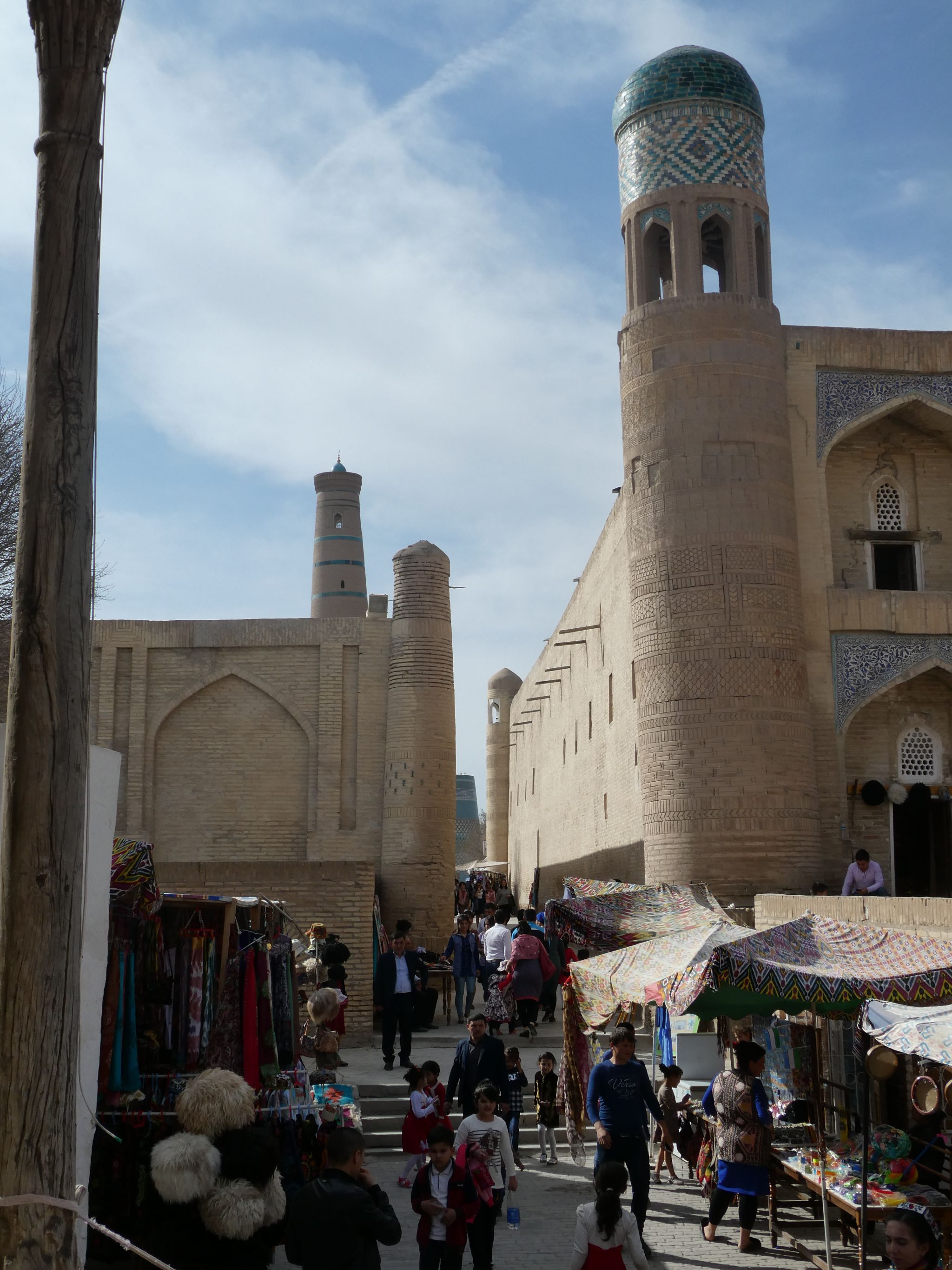 We stayed in an old medressa built into the city wall within the old city, which has been converted into a hotel.  It felt a little subversive sipping vodka in what was once an Islamic school for boys.