“The meeting point of two worlds, the ornament of Turkish homeland, the treasure of Turkish history, the city cherished by the Turkish nation, İstanbul, has its place in the hearts of all citizens.” (Mustafa Kemal Ataturk)

After weeks of desert landscapes, arriving in Istanbul it felt good to be back by the sea.

The weather was cold and drizzly, we had seen the major sights on a previous trip, and we were still feeling quite unwell.  It became clear we’d picked up some lurgy, quite apart from any ongoing effects of poisoning at the Gas Crater.

So we booked into the same lovely hotel we’d stayed in on our last trip to Istanbul, wrapped the comforts of a genuine world city around us, and slept for three days.

Julie spent a half day at a hammam doing the full steam room, sauna, foam wash, Turkish massage, facial mud mask and hand treatment.  She pronounced it most restorative, but in relation to the massage, thought it might have been helpful to have known the Turkish for “I am not a pretzel and don’t wish to be turned into one”.

From our hotel room balcony we had a fine view of the stupendous Blue Mosque, one of the iconic images of Istanbul, which we’d visited in 2014. 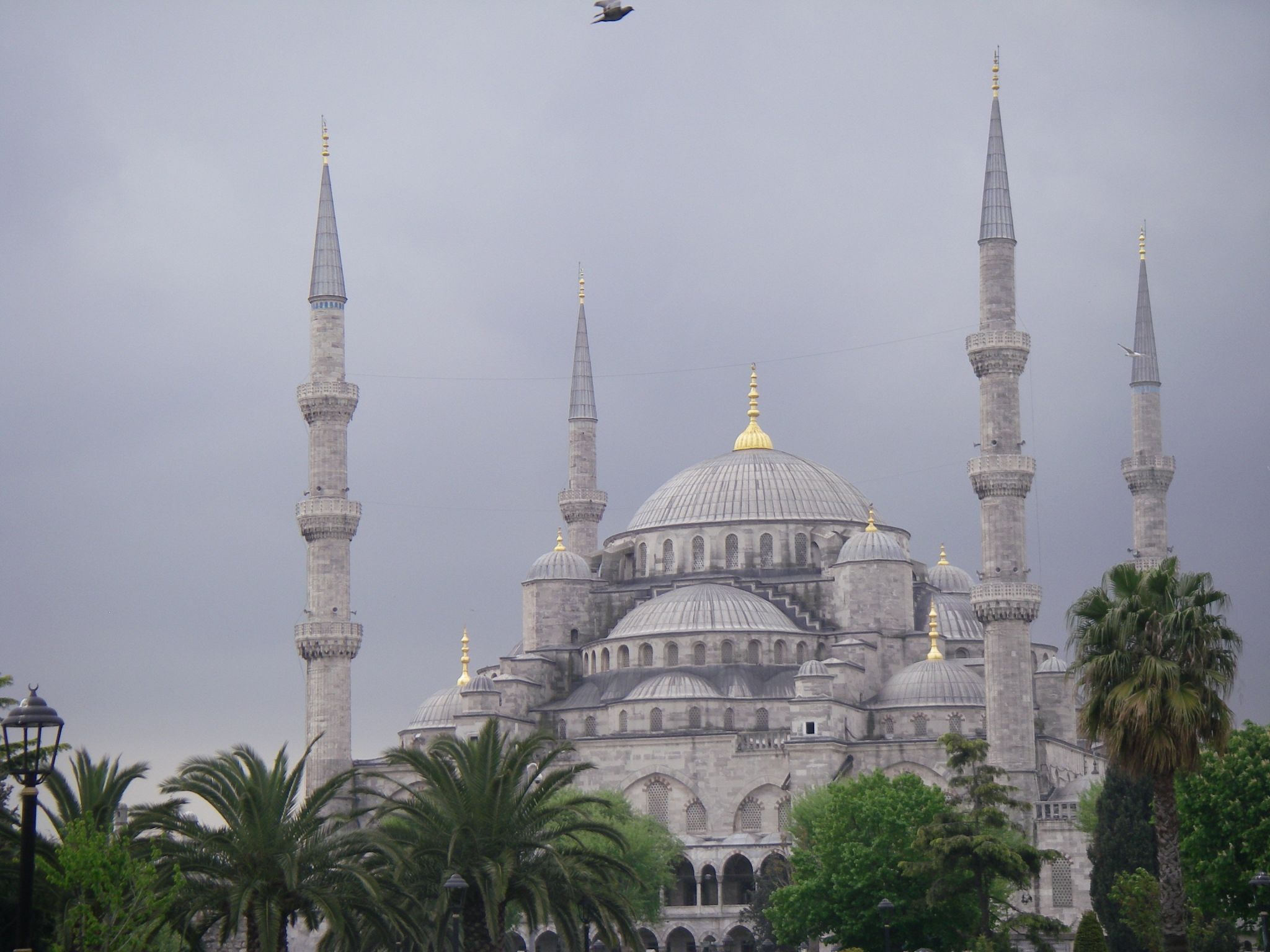 Also the Hagia Sophia which was originally a Greek Orthodox Christian basilica, then under the Ottomans was converted to a mosque, and now is a museum, which seems perfectly to encapsulate Istanbul’s history and geography as the meeting point of East and West. 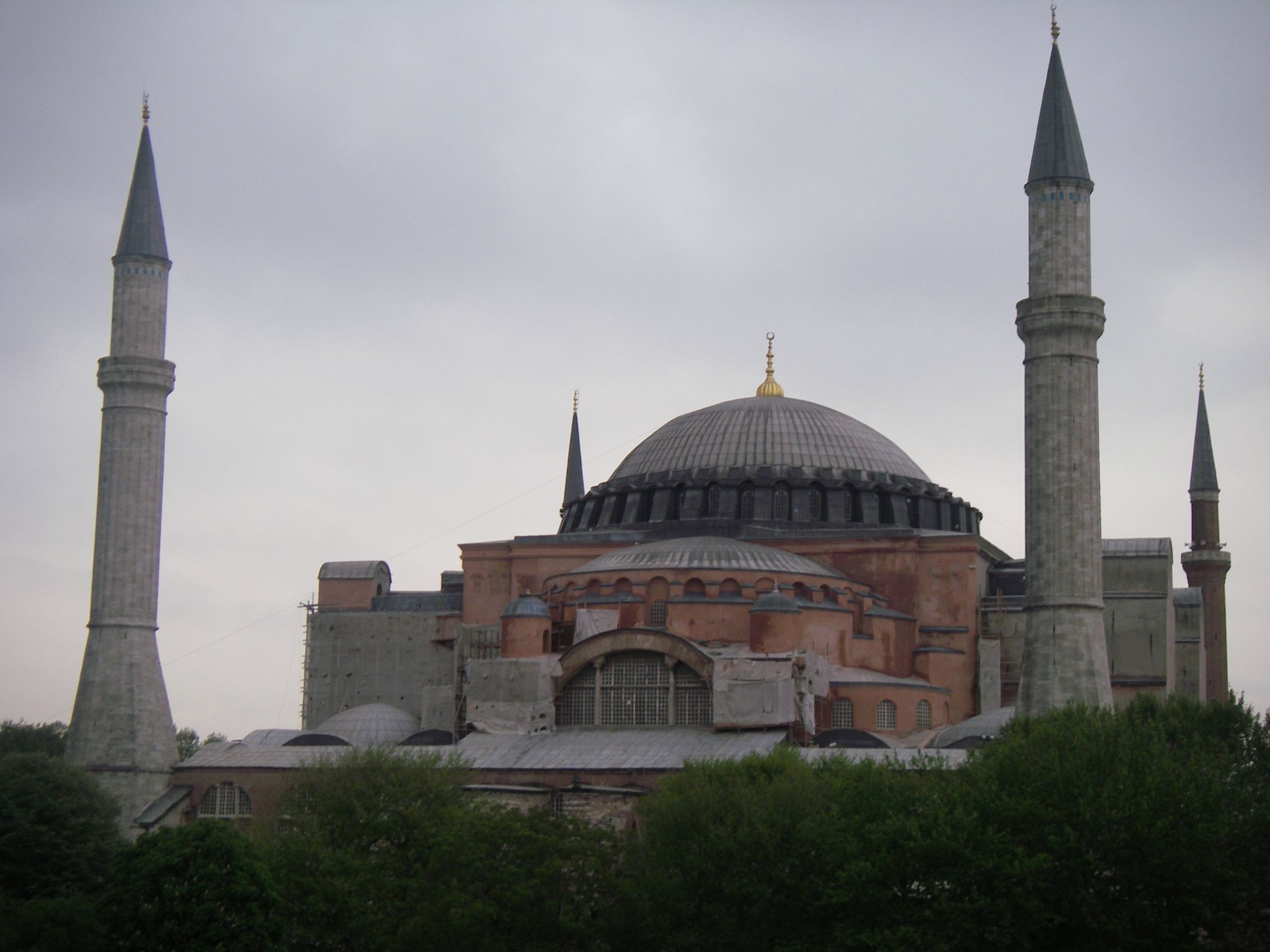 The surrounding suburb is full of restored buildings now housing restaurants and hotels, and is a great area for wandering. 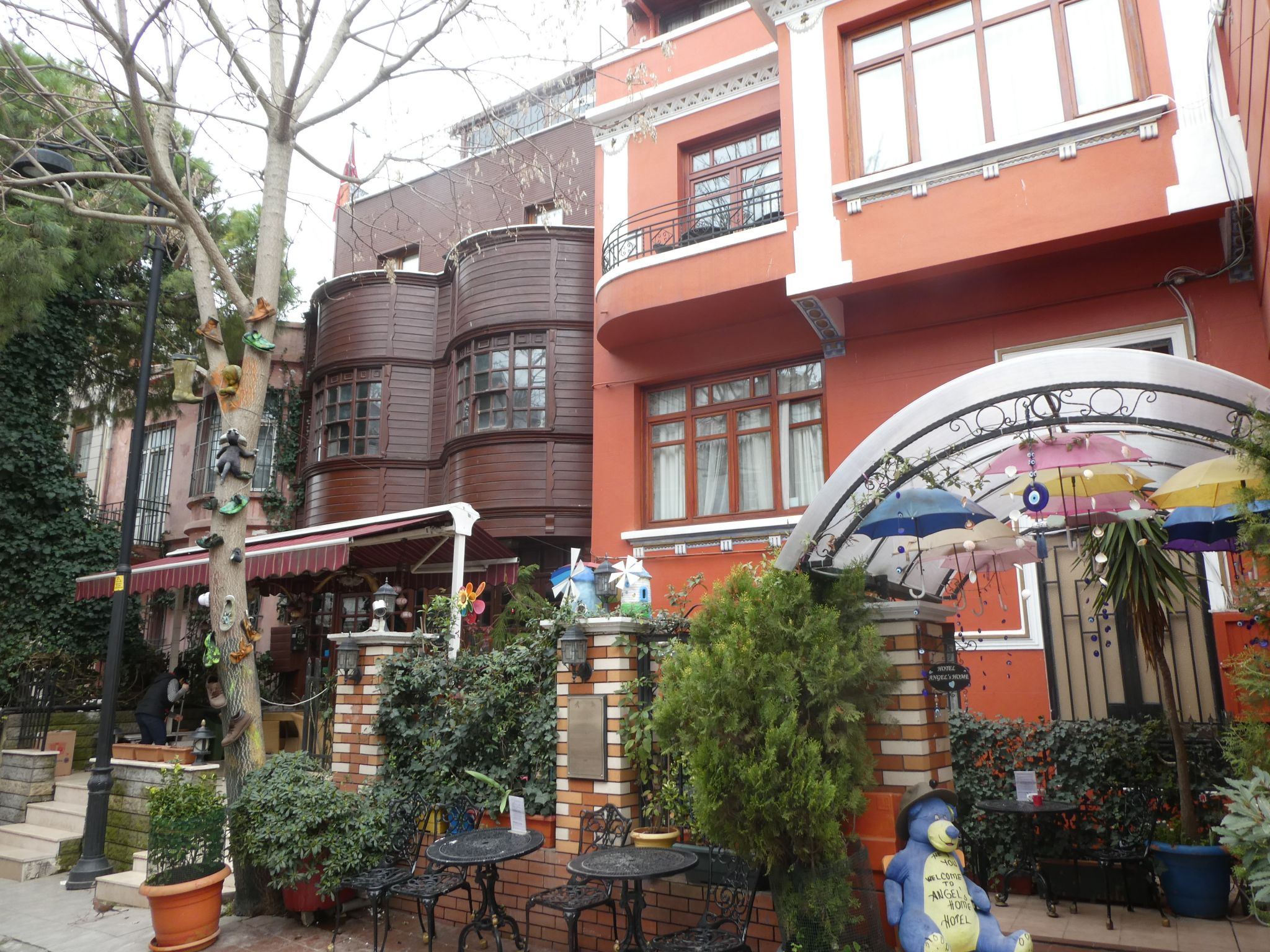 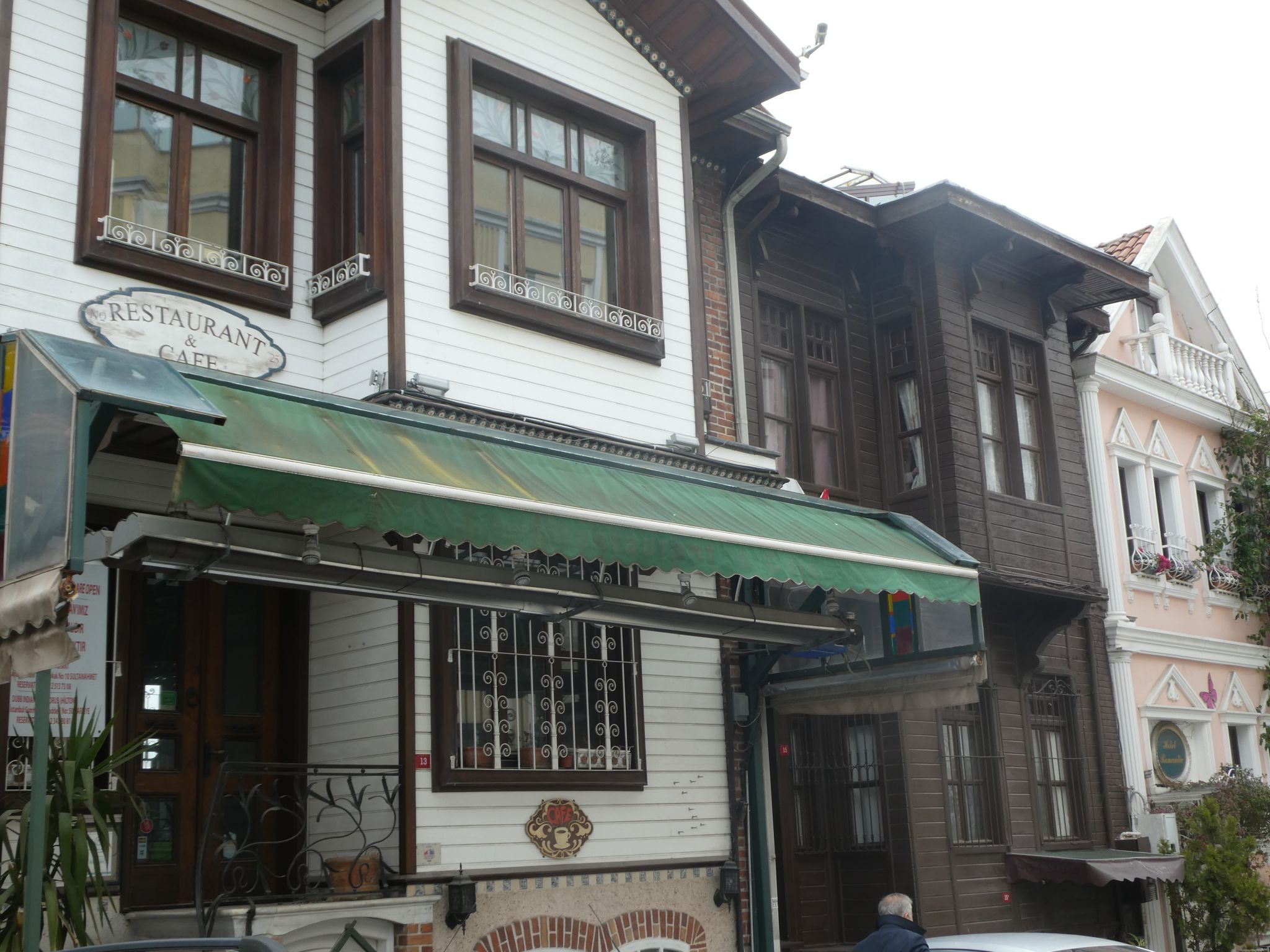 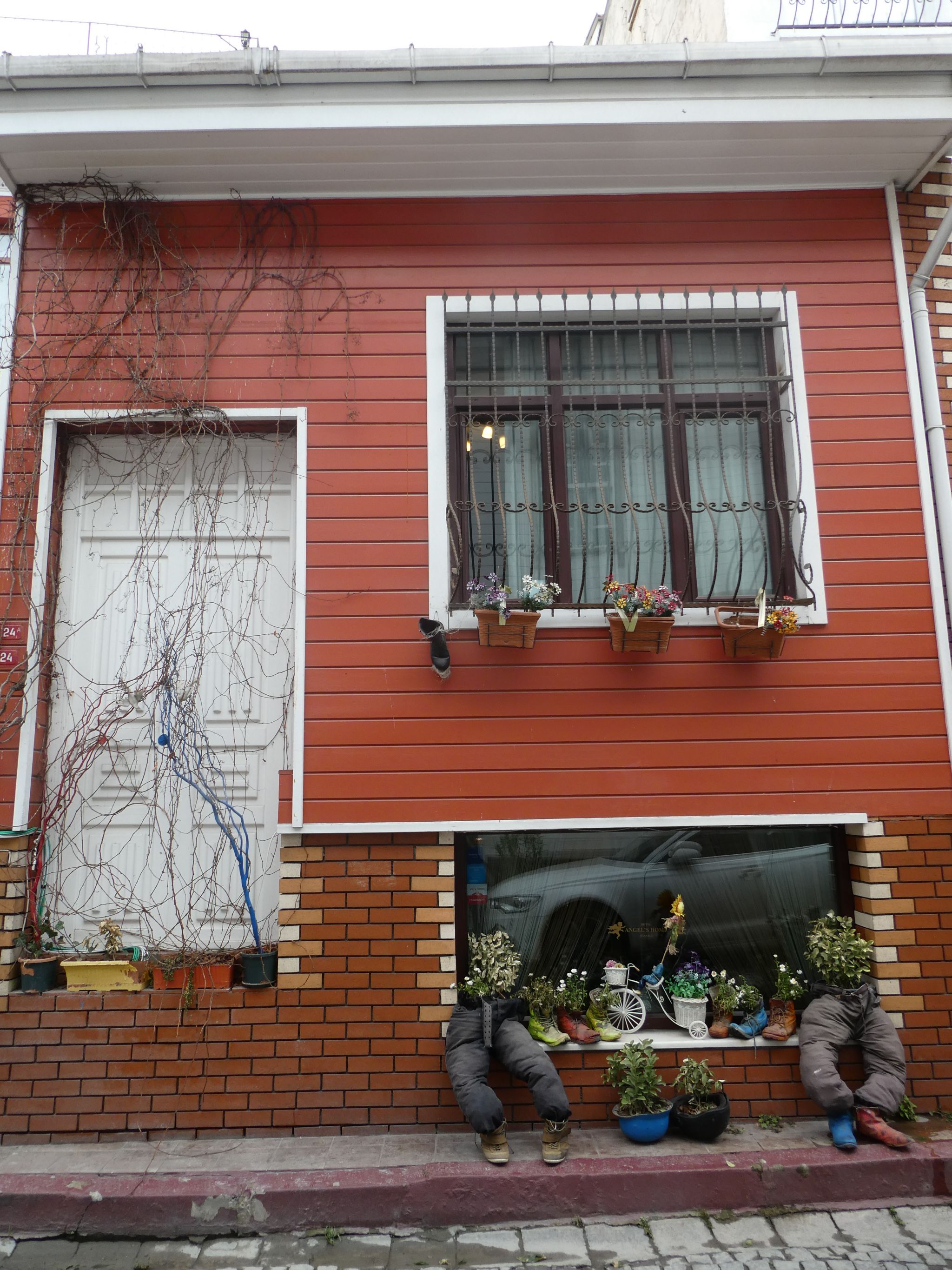 This cafe had a message for those who are prepared to drink what masquerades as coffee at Starbucks for the sake of the free wifi. 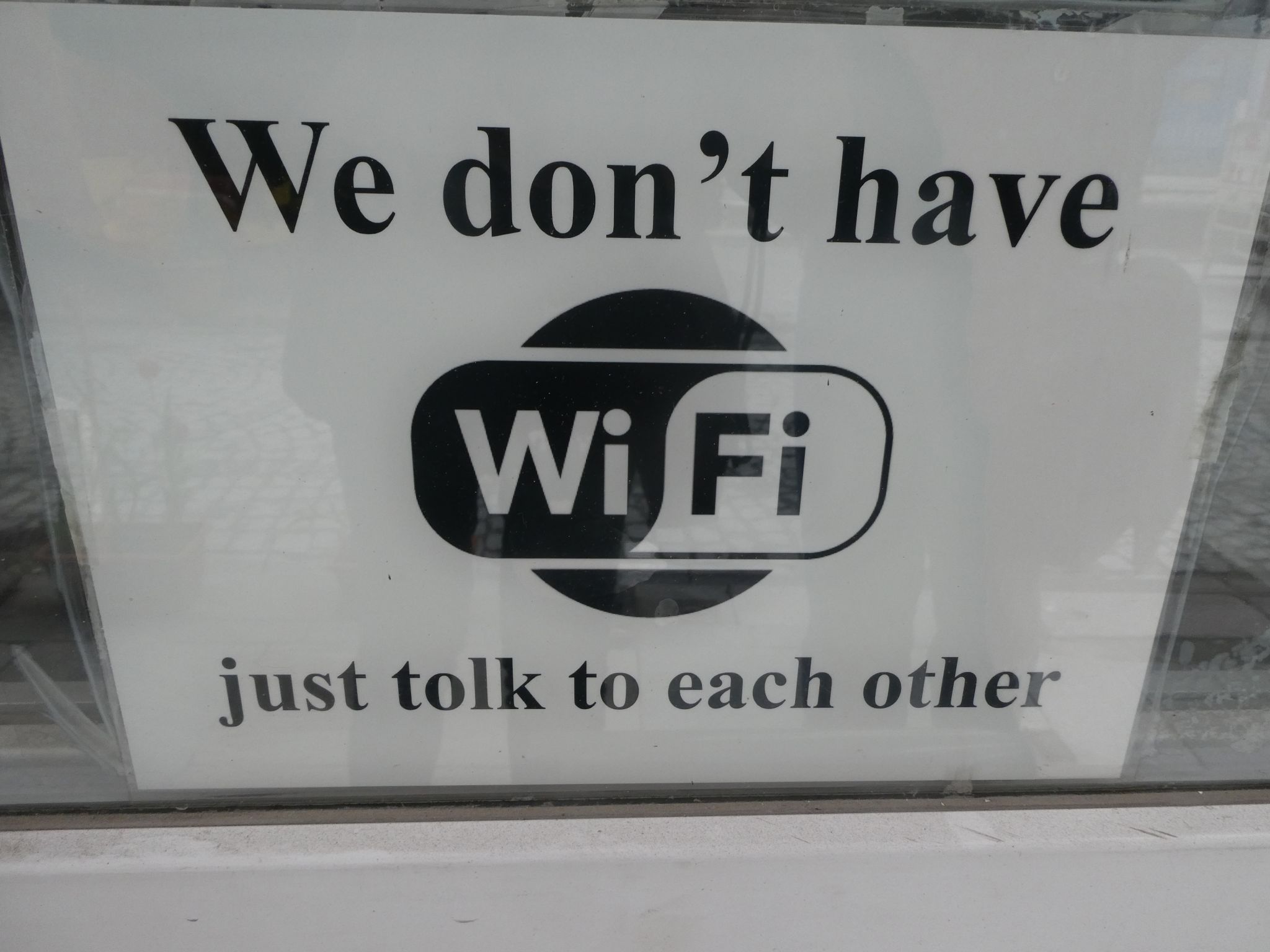 If you like ceramics, fabrics, carpets, lamps, decorative tiles etc, Istanbul is a shoppers paradise.  Sadly, travelling for an extended period with just a backpack precludes serious shopping.  This may be a good thing.  John still hasn’t forgiven Julie for making him carry a ridiculously large ceramic whirling dervish all the way around Turkey in 2014.  She claims it really didn’t look big until the shop owner wrapped it in about 50 metres of bubble wrap.  Enough said. 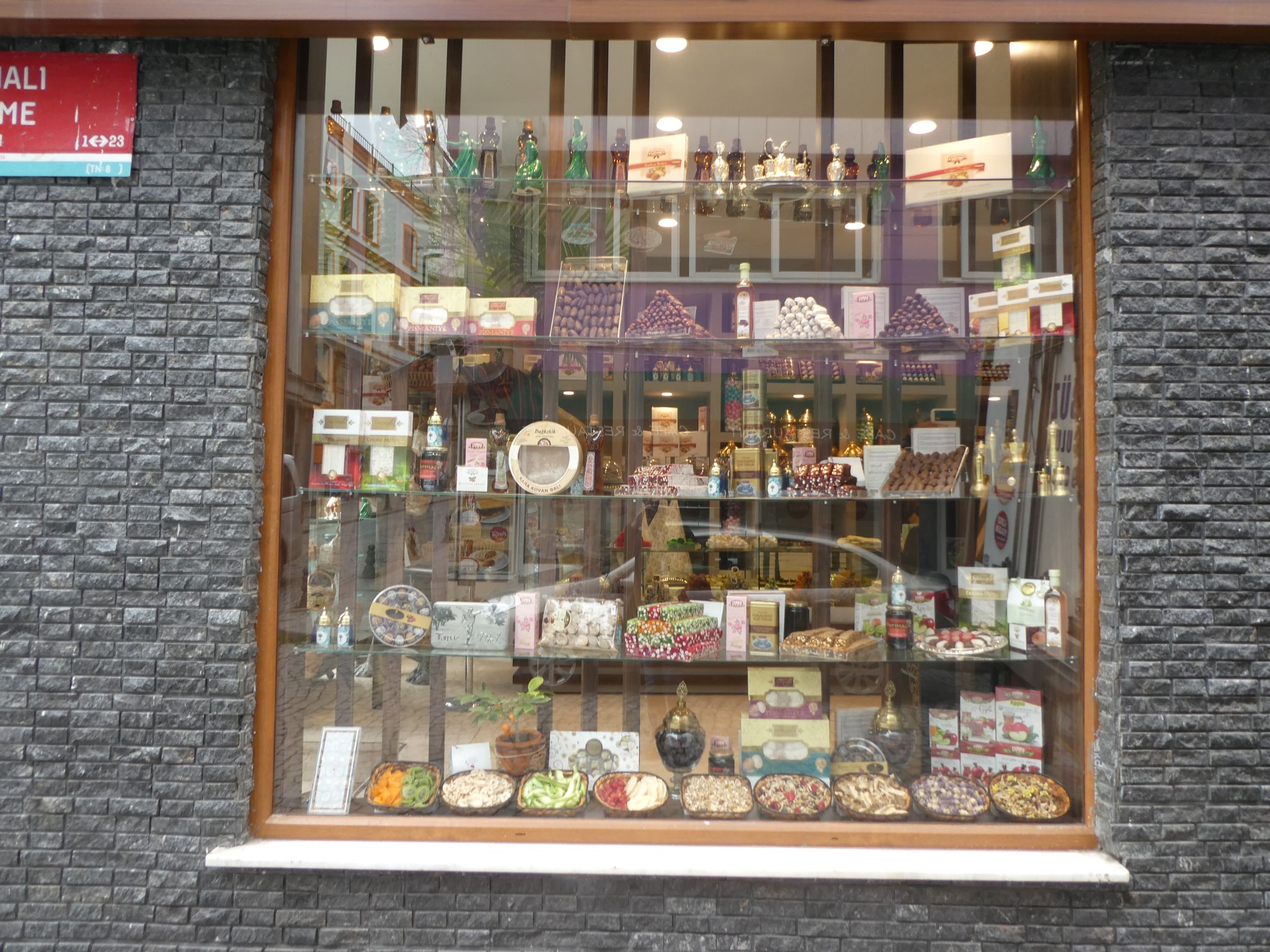 Mahatma Gandhi is often quoted as saying that “a nation’s greatness is measured by how it treats its weakest citizens” although there is an assertion that this is a distortion of a speech in which he said “The greatness of a nation and its moral progress can be judged by the way its animals are treated”.   There is some doubt about this, but Julie prefers the latter version, indeed she thinks the true measure of a society is how it treats its cats.  Many Turkish towns are full of cats who seem to be communally looked after rather than individually owned.  This trip we noticed many cats also in Istanbul.  Not mangy strays, but well cared for, cats-at-large.  Yes, Turkey has its problems with human rights and freedoms, but it seems to be doing ok on the cat caring index.  This one looked like it was napping while waiting for the tram while human passengers stood. 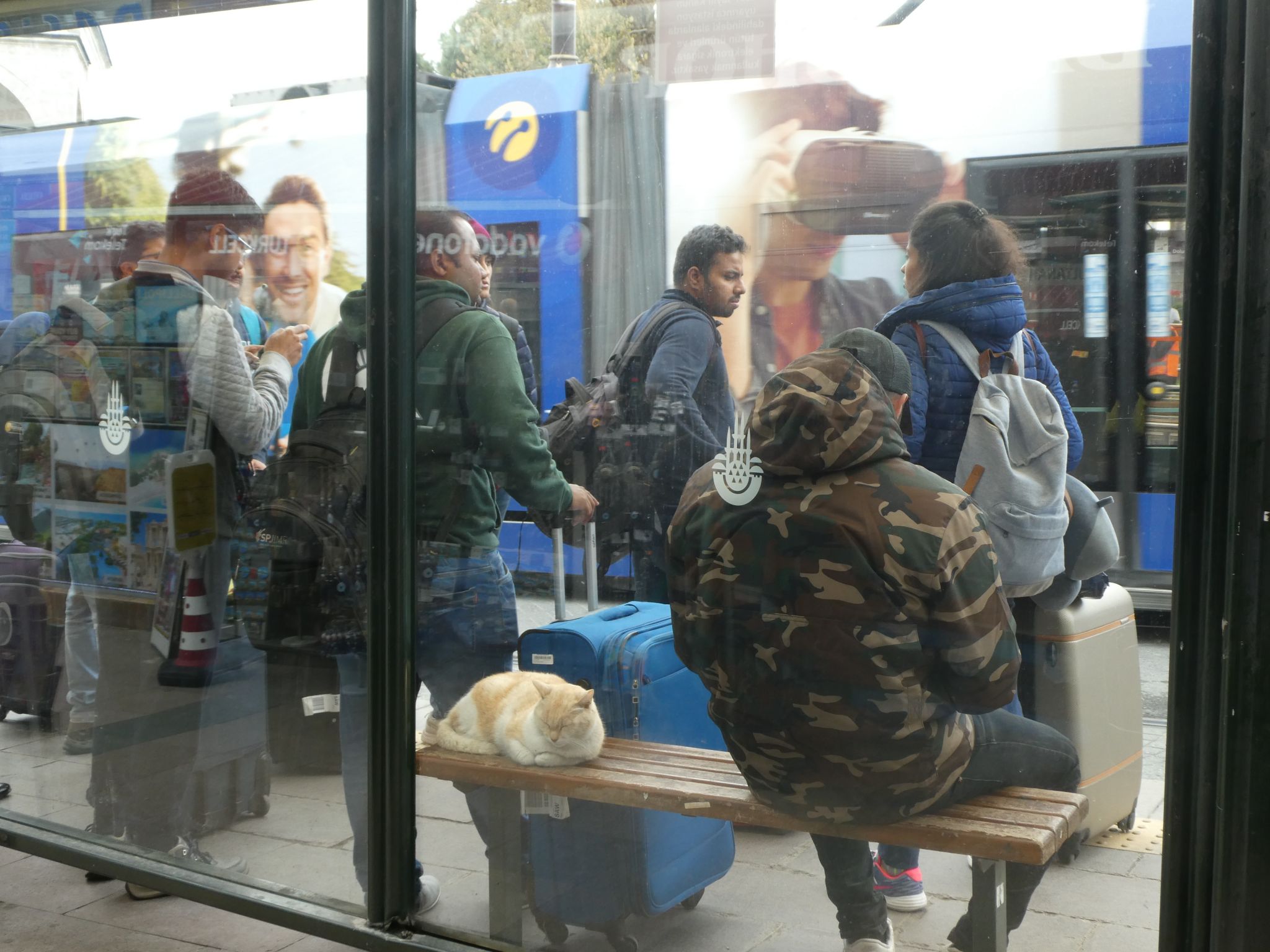 After three days we headed to Fethiye on the south coast ahead of starting a hike on the Lycian Way.