Julie: “We should go to Hydra”.

Julie: “It has a beautiful harbour.  Cars are banned and all transport is by horses.  Great food, nice town, good walking trails in the hills.”

Julie: “Oh, and, umm, Leonard Cohen lived there for years”.

John: (groan) “So what you really mean is: it’s a Leonard Cohen pilgrimage?”

Julie: “No … well … not just a Leonard Cohen pilgrimage”.

And so this post is to prove it wasn’t just a Cohen pilgrimage.  More on the pilgrimage in a seperate post.

We left Patmos on a midnight ferry.  Our twin berth cabin was comfy enough and the ferry so incredibly stable you wouldn’t have known you were on a ship.  We berthed in Piraeus at 8am and by 9am were on a catamaran to Hydra (pronounced eee-dra).  The journey is only a couple of hours and on arrival the port was exactly like the postcards. 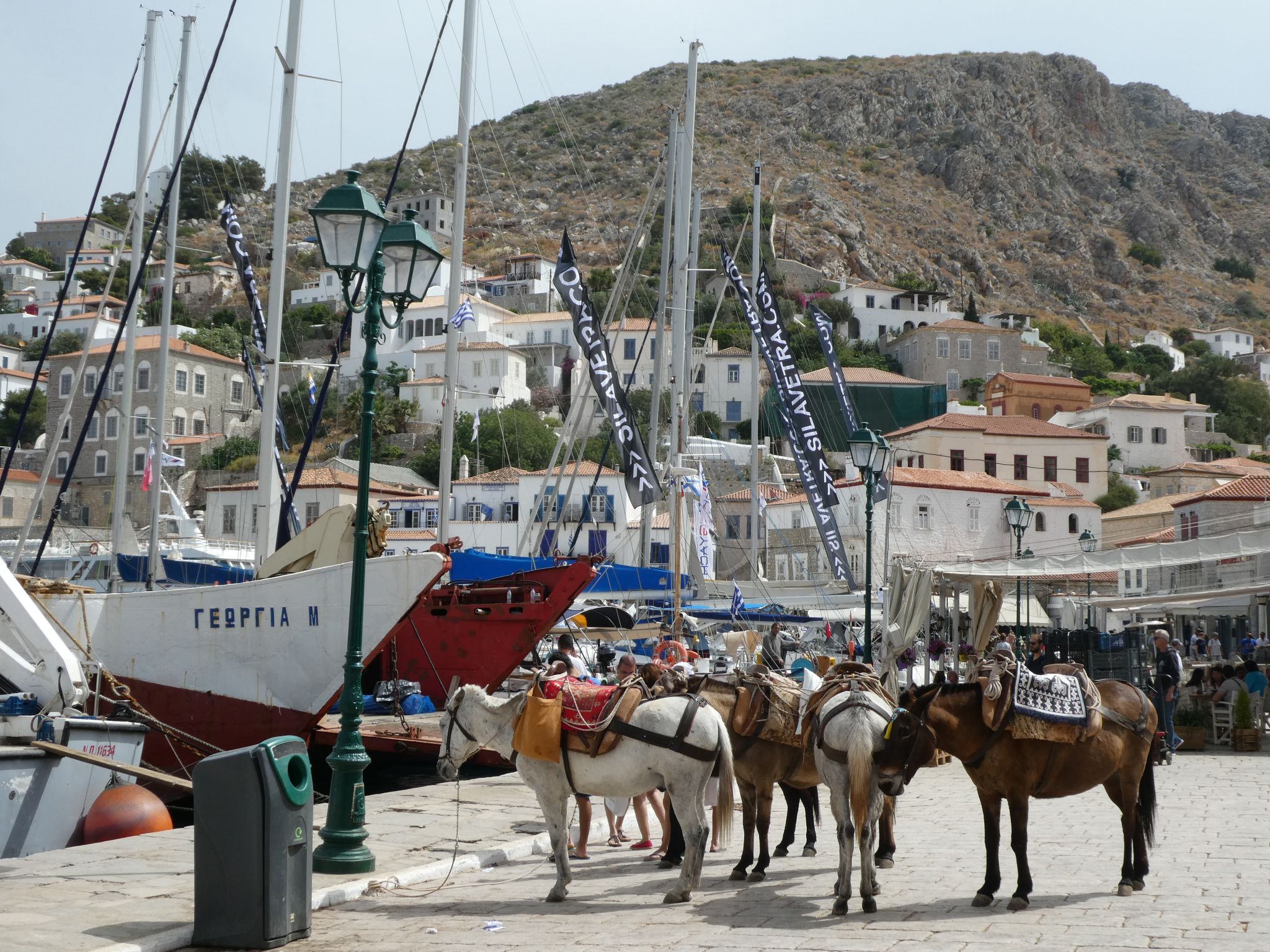 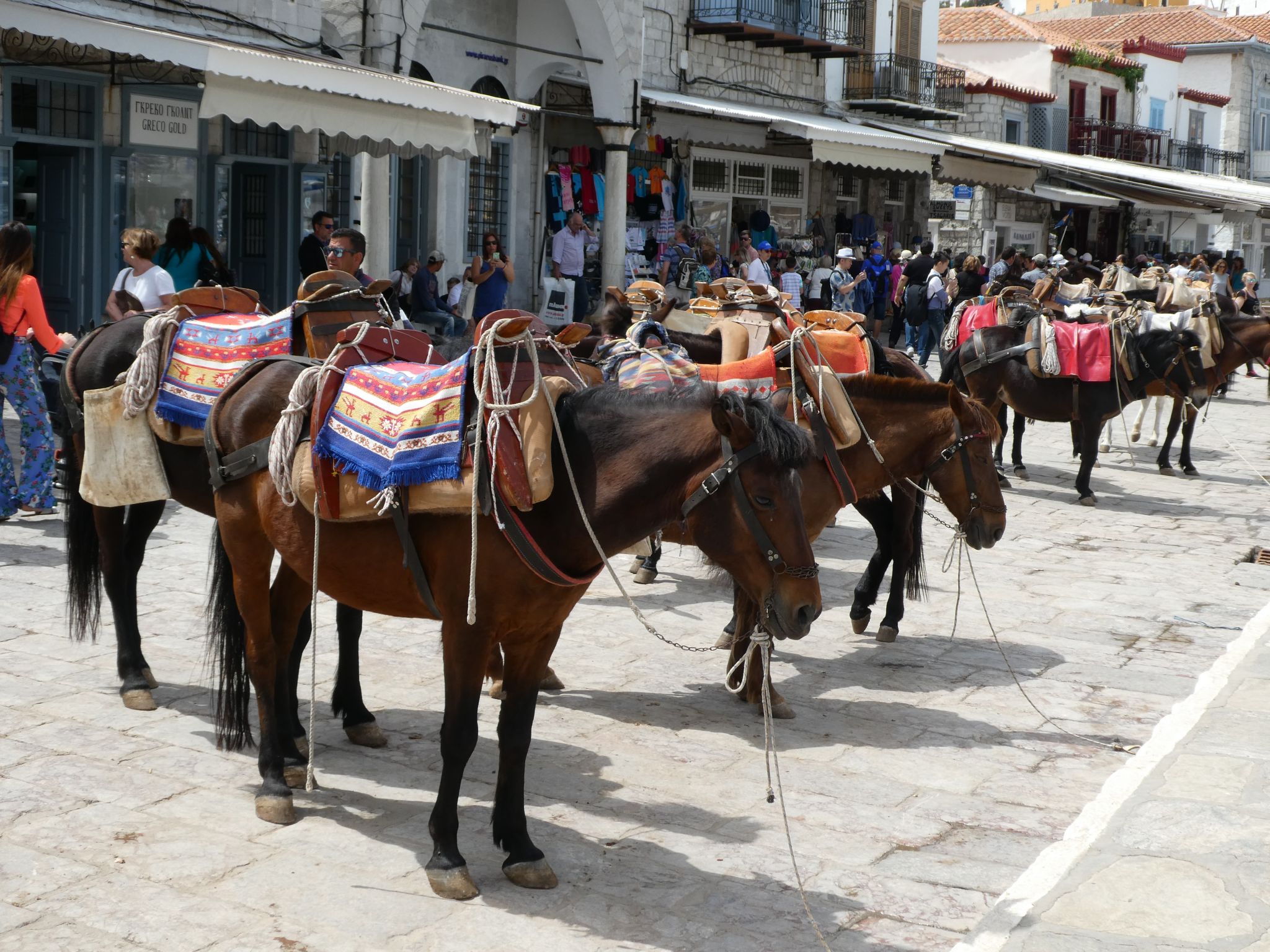 The harbour is busy with many tourist cafes and restaurants but even just a couple of streets back it is quiet and unspoilt. 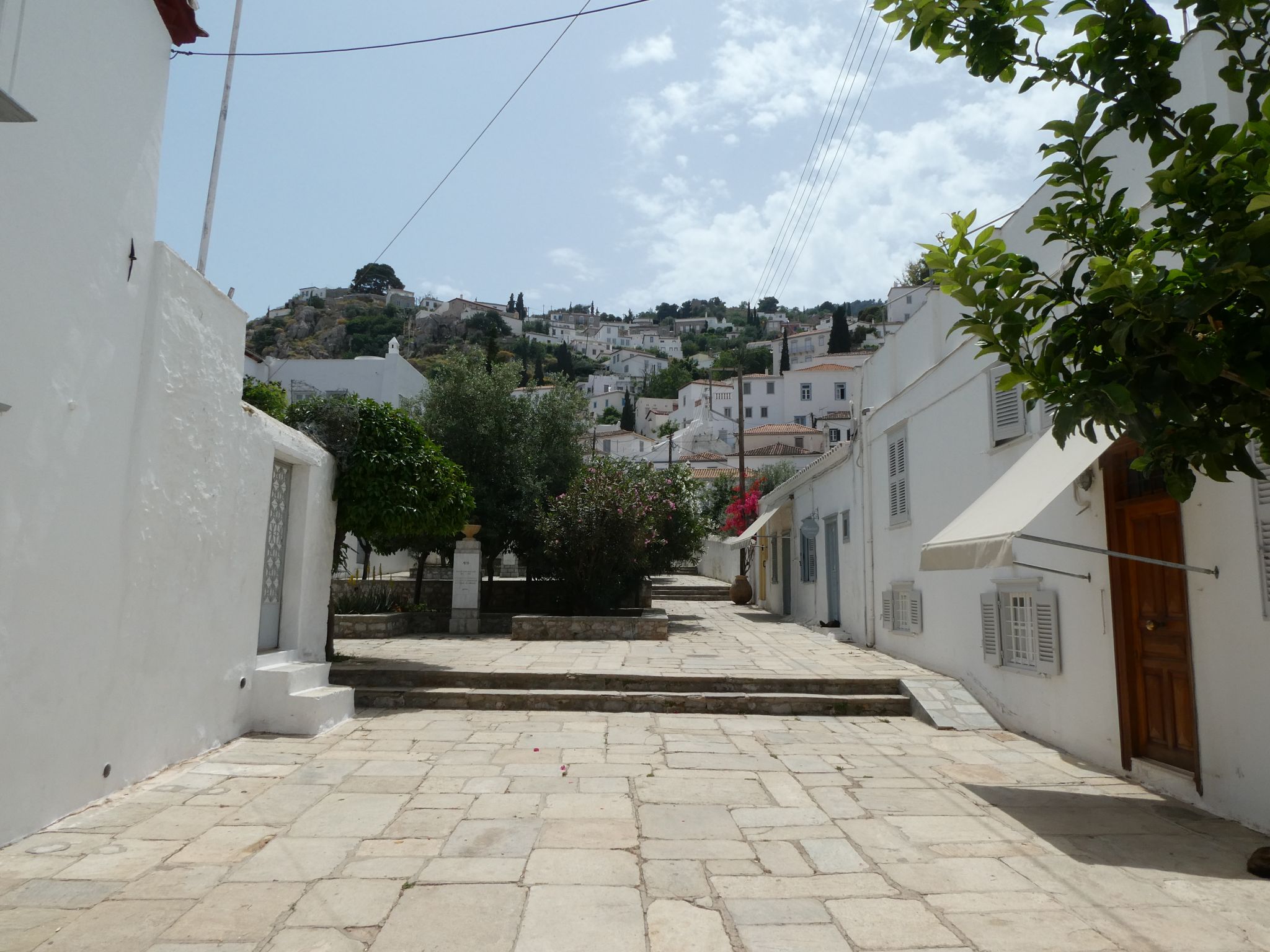 Past the harbour a path follows the cliffs and there are great spots to walk down to bathing platforms accessing the water. 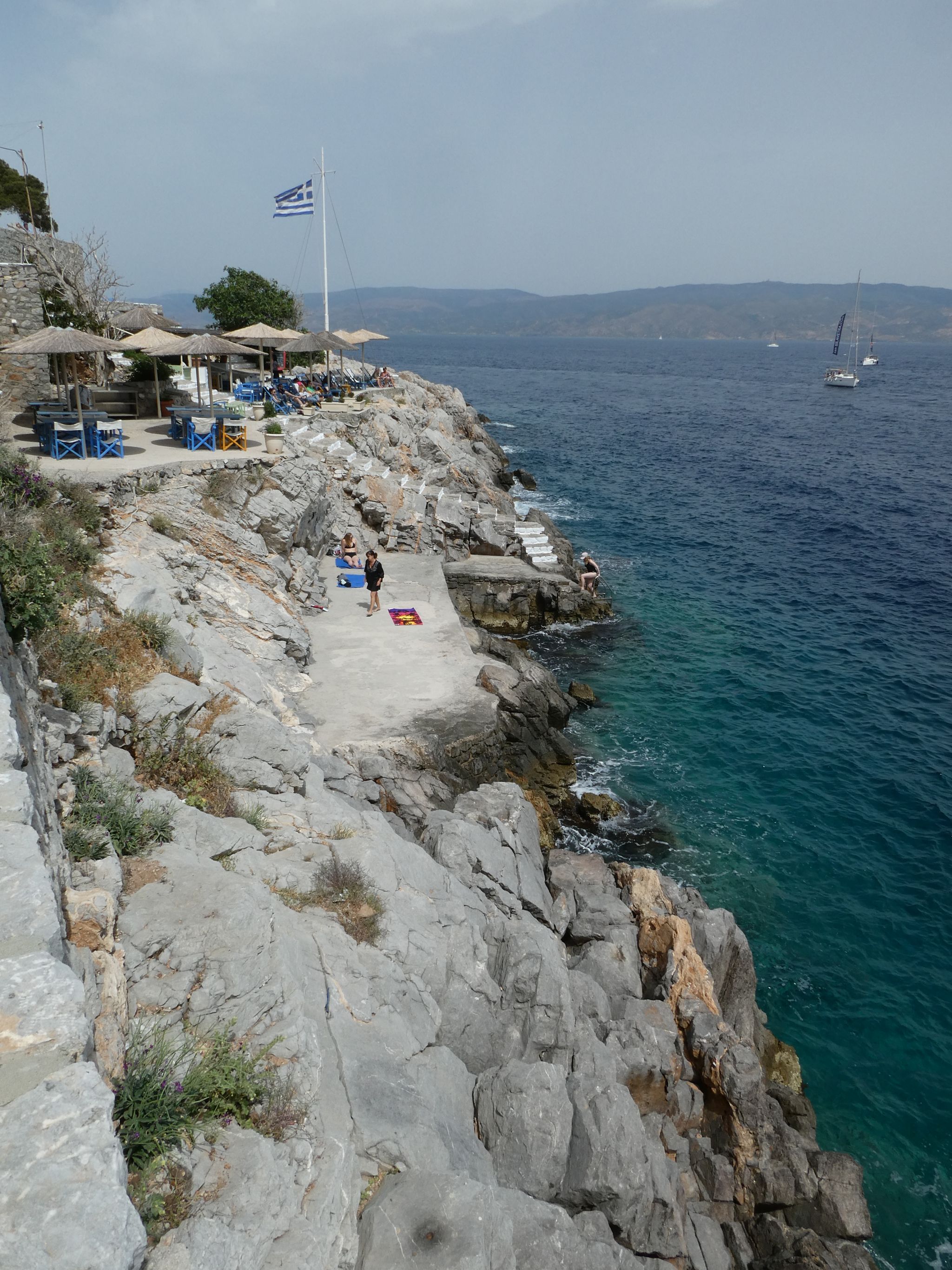 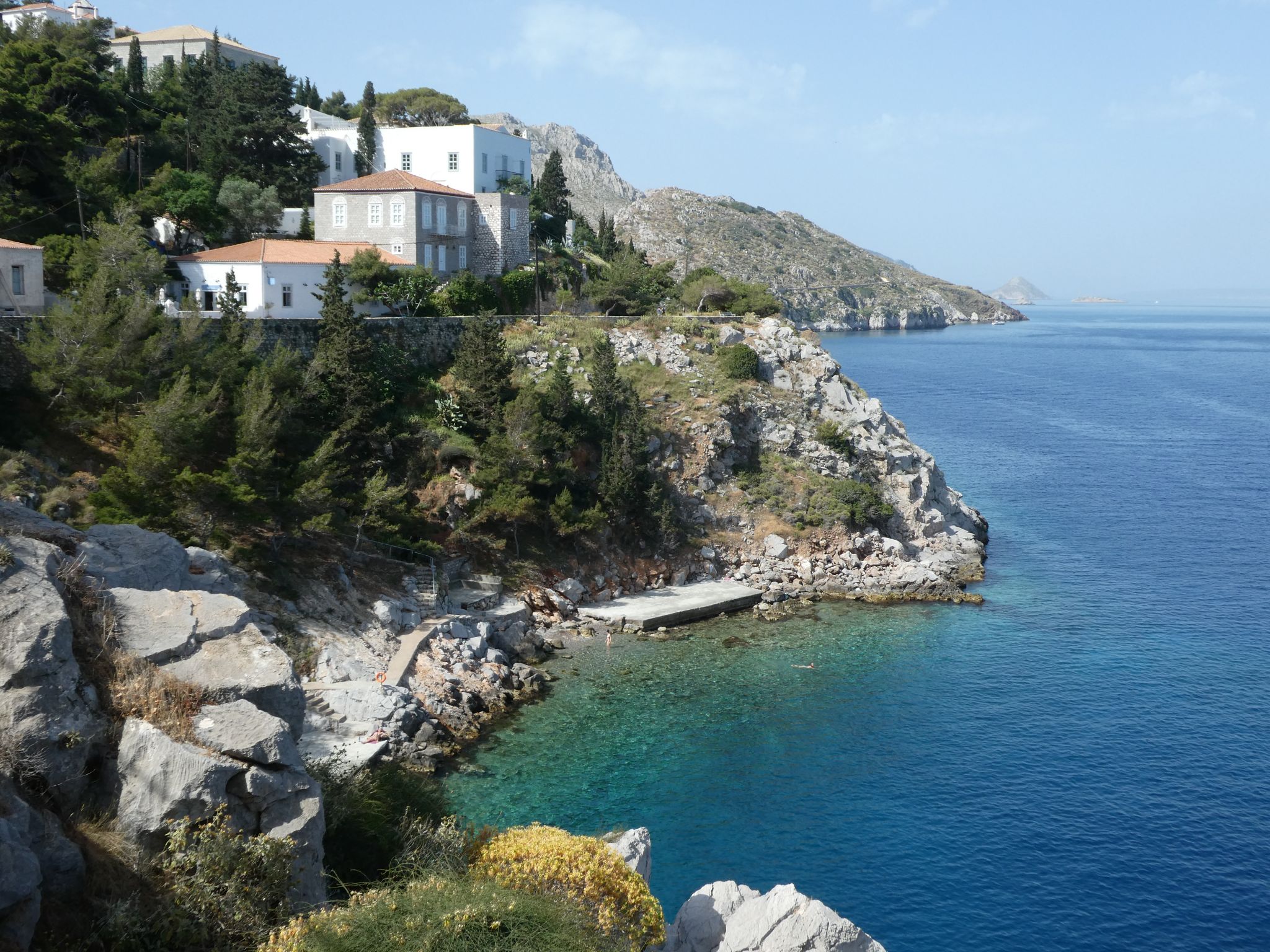 There are several walking trails from Hydra village ranging from a couple of hours to all day hikes up into the hilly interior.  We attempted unsuccessfully to walk off a few of the seafood and ouzo fuelled spare tyres we’d acquired in the Dodécanèse.

One of trails followed a high path along the coast with spectacular views over the sea, past small ports where everything is delivered by boat, then climbed inland and up through sparse forest and farmland to more great viewpoints. 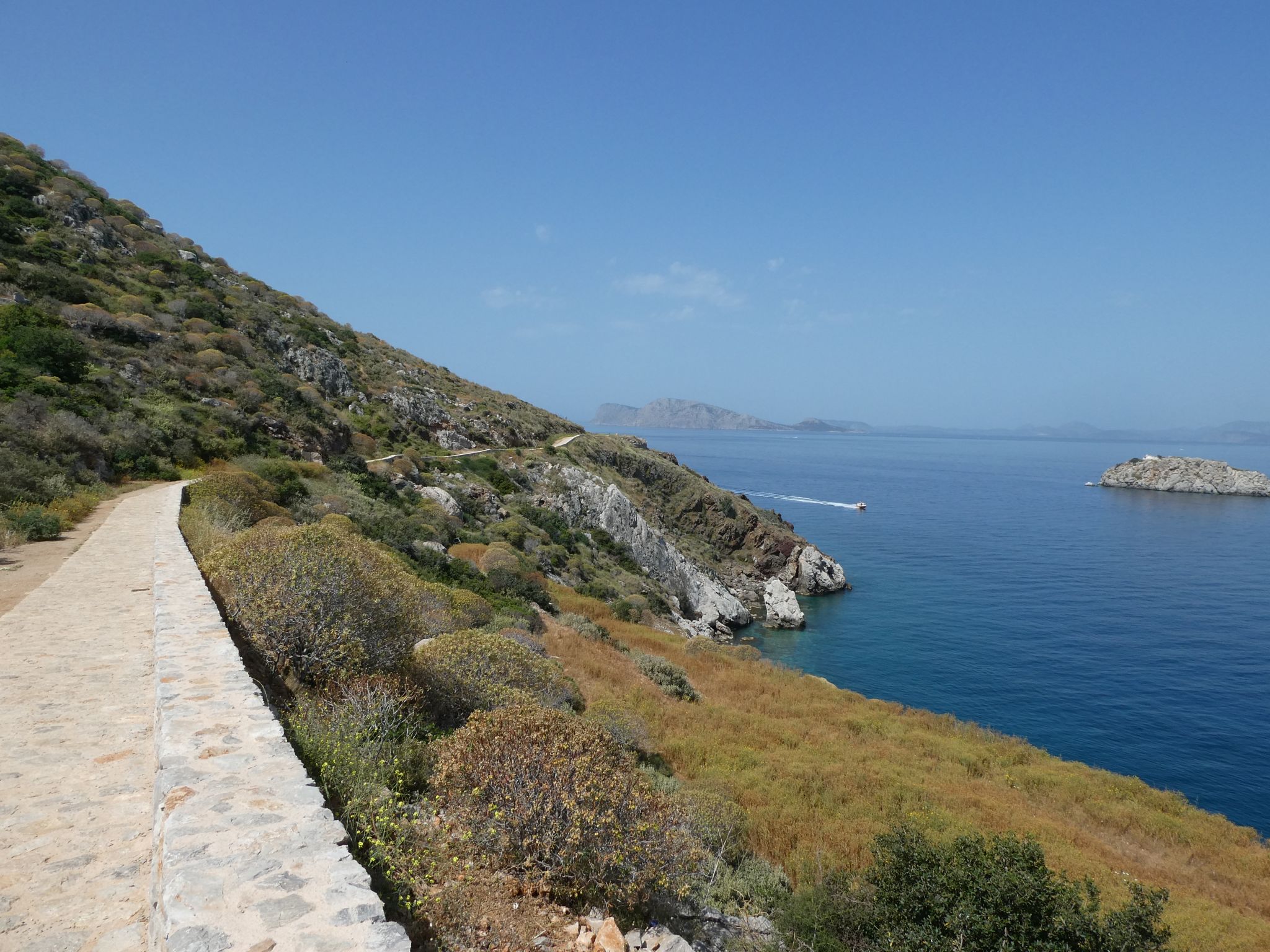 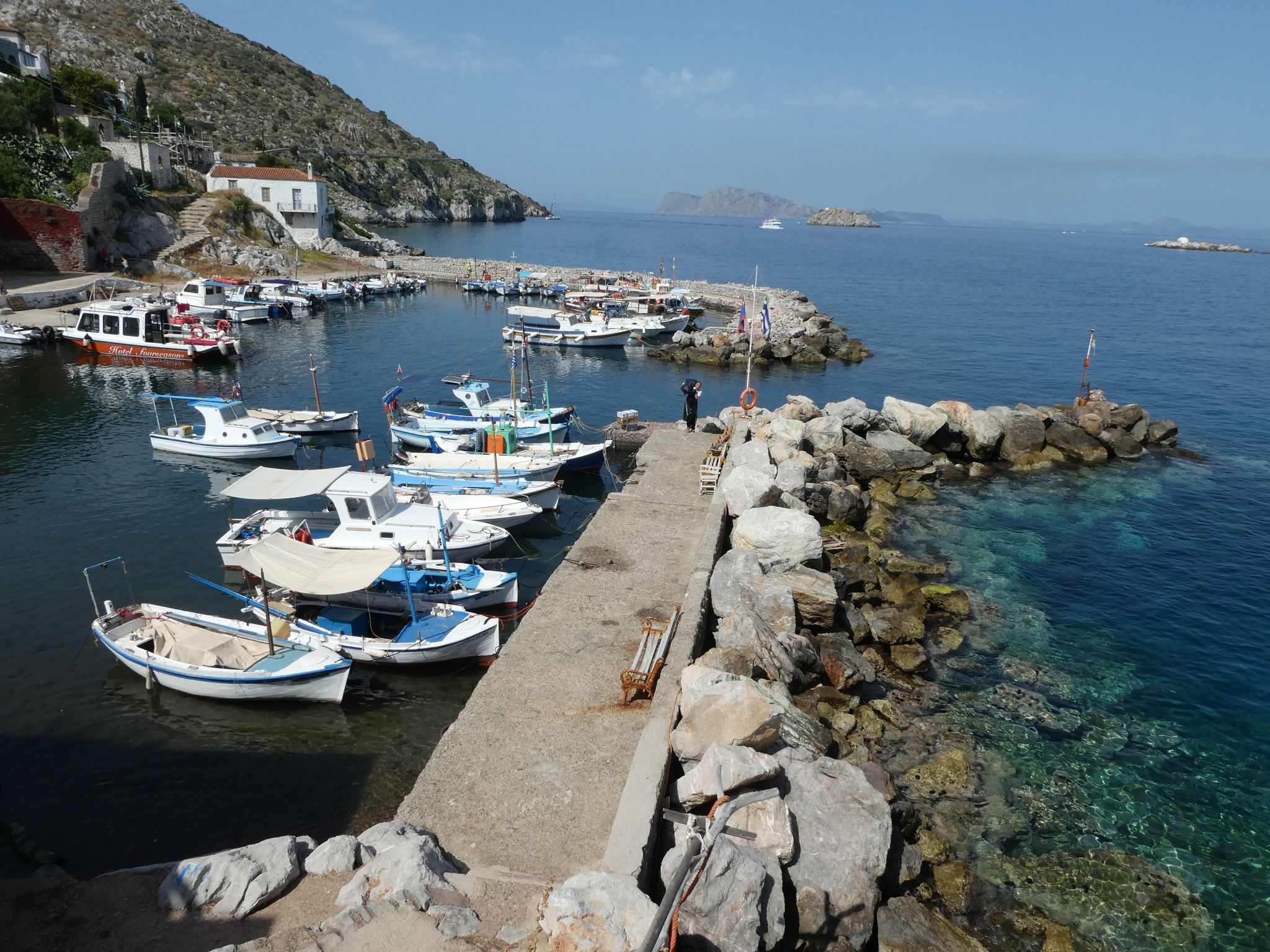 Spring is advancing fast and it was pleasantly hot.  The island is fairly dry but there was plenty of spring colour and lots of butterflies. 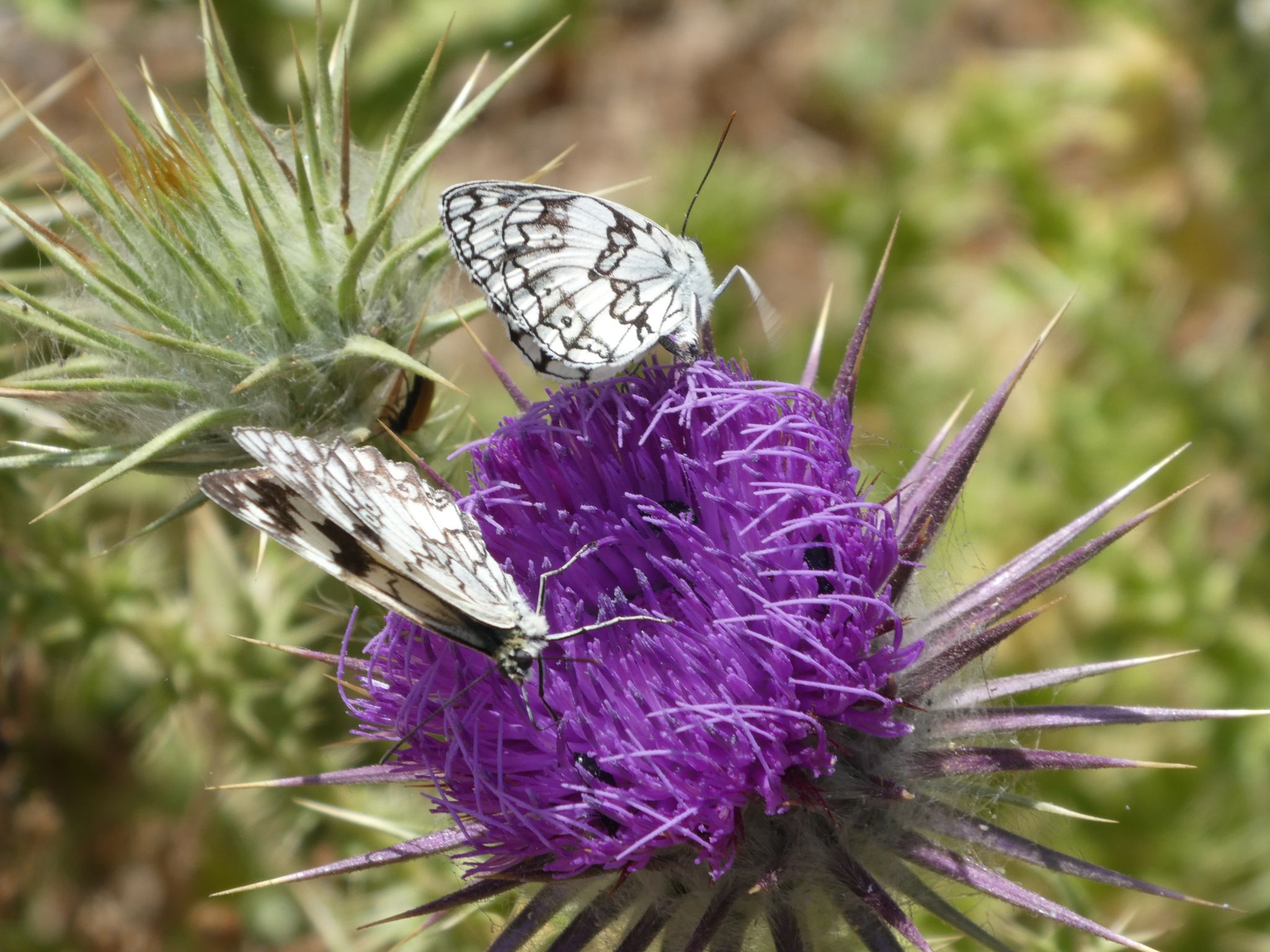 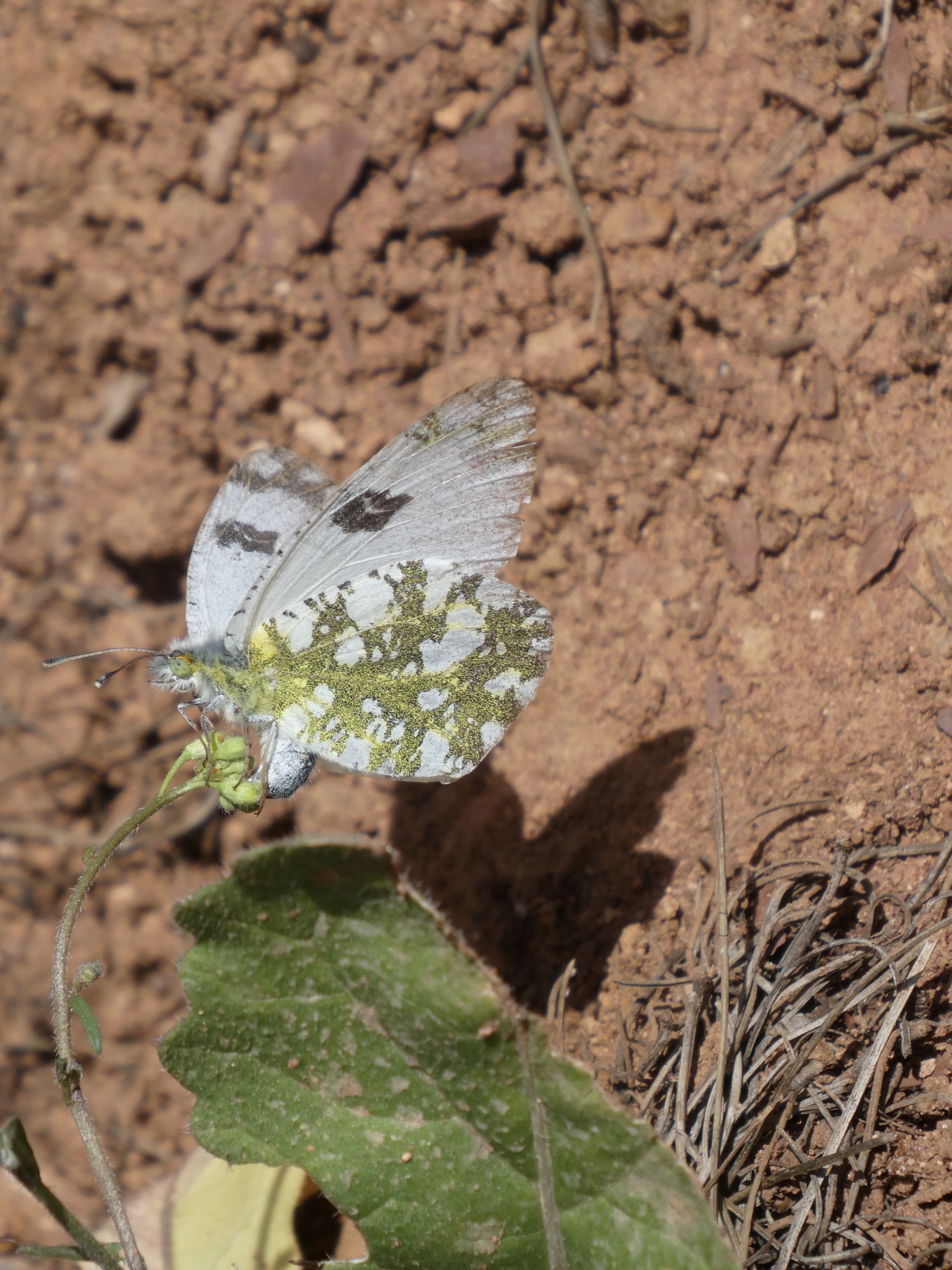 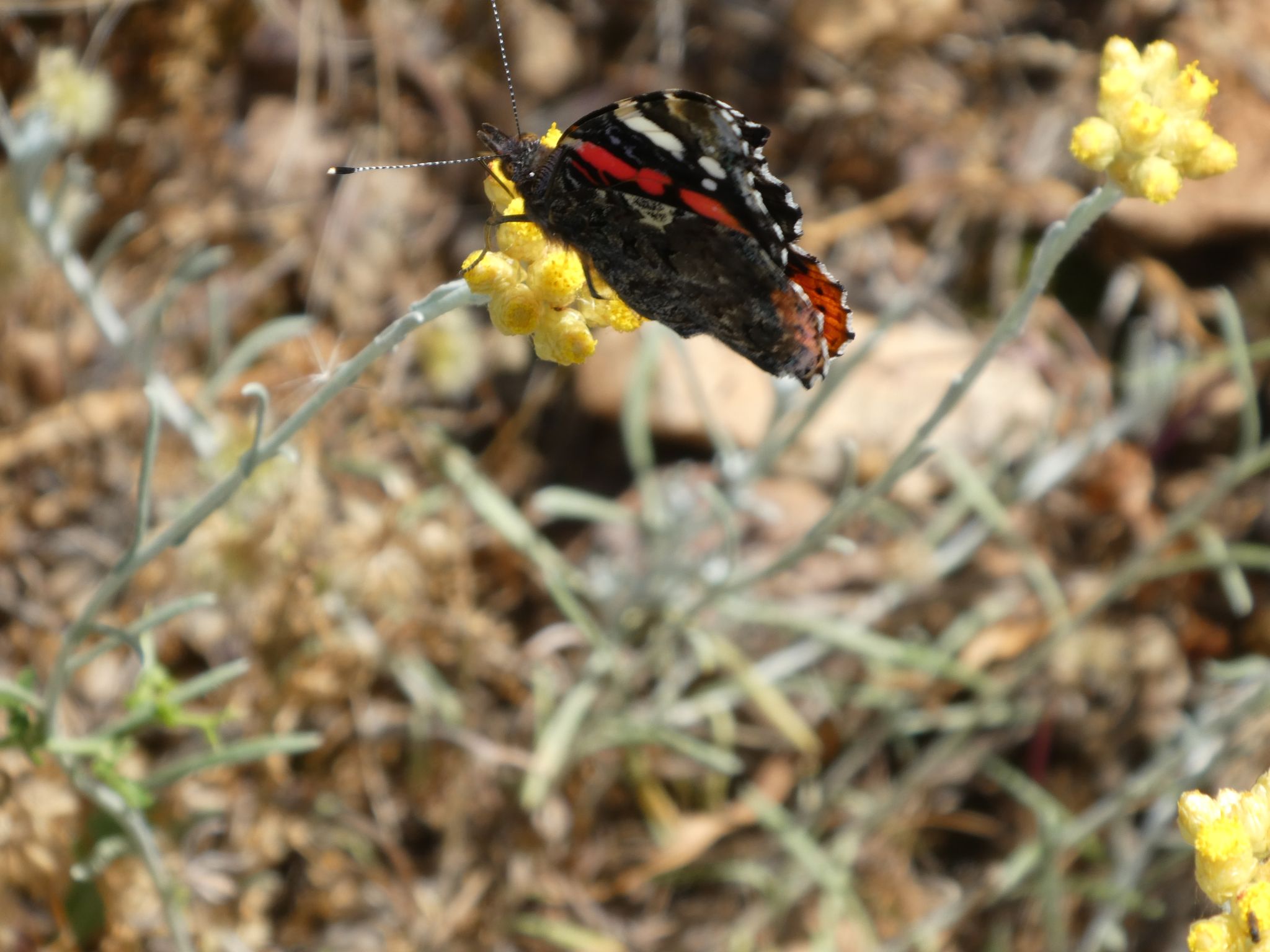 On May 1st, a holiday, we spotted this restaurant owner cooking up a feast the old fashioned way with a little assistance from modern technology. 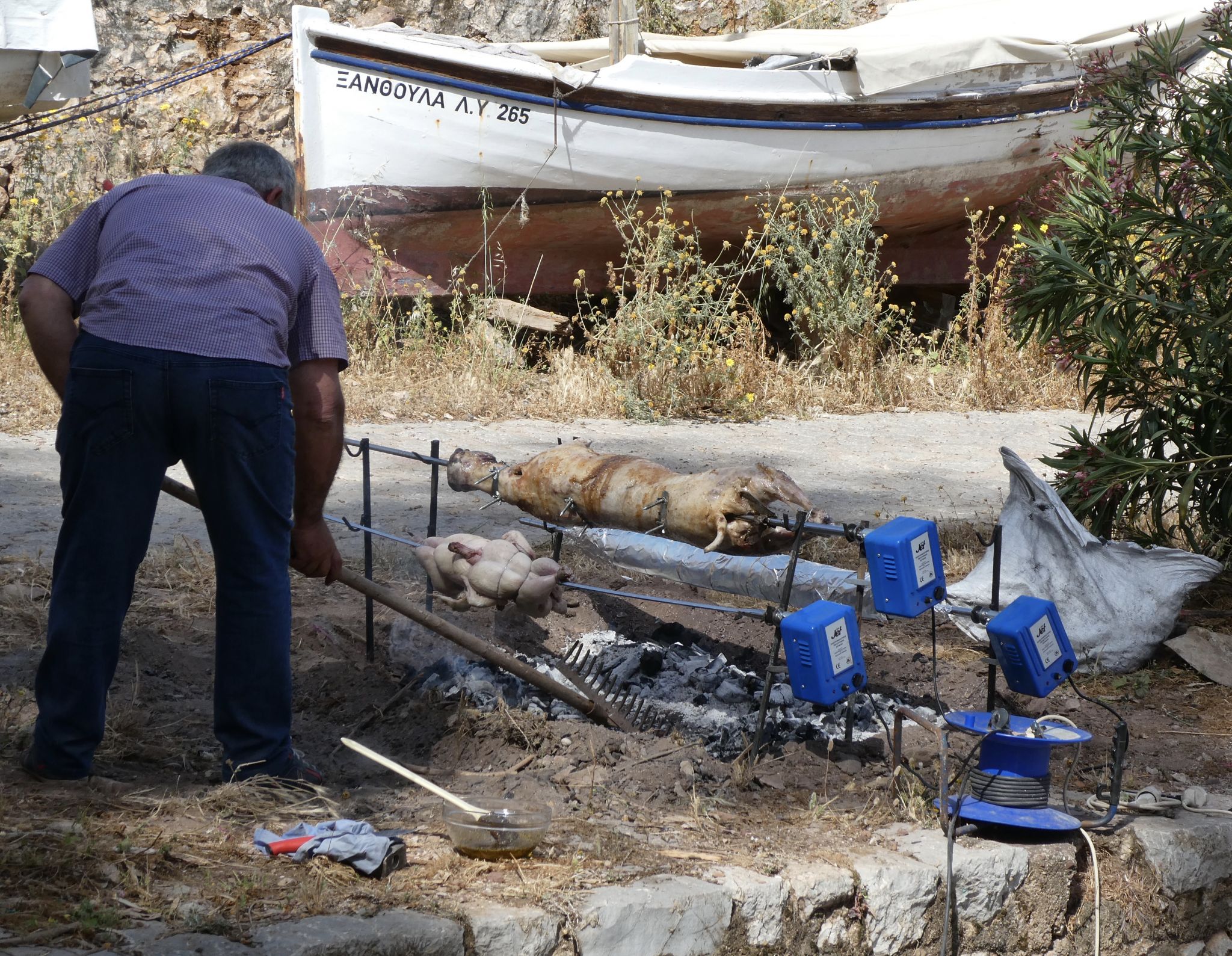 It was an idyllic location and he already had one customer waiting. 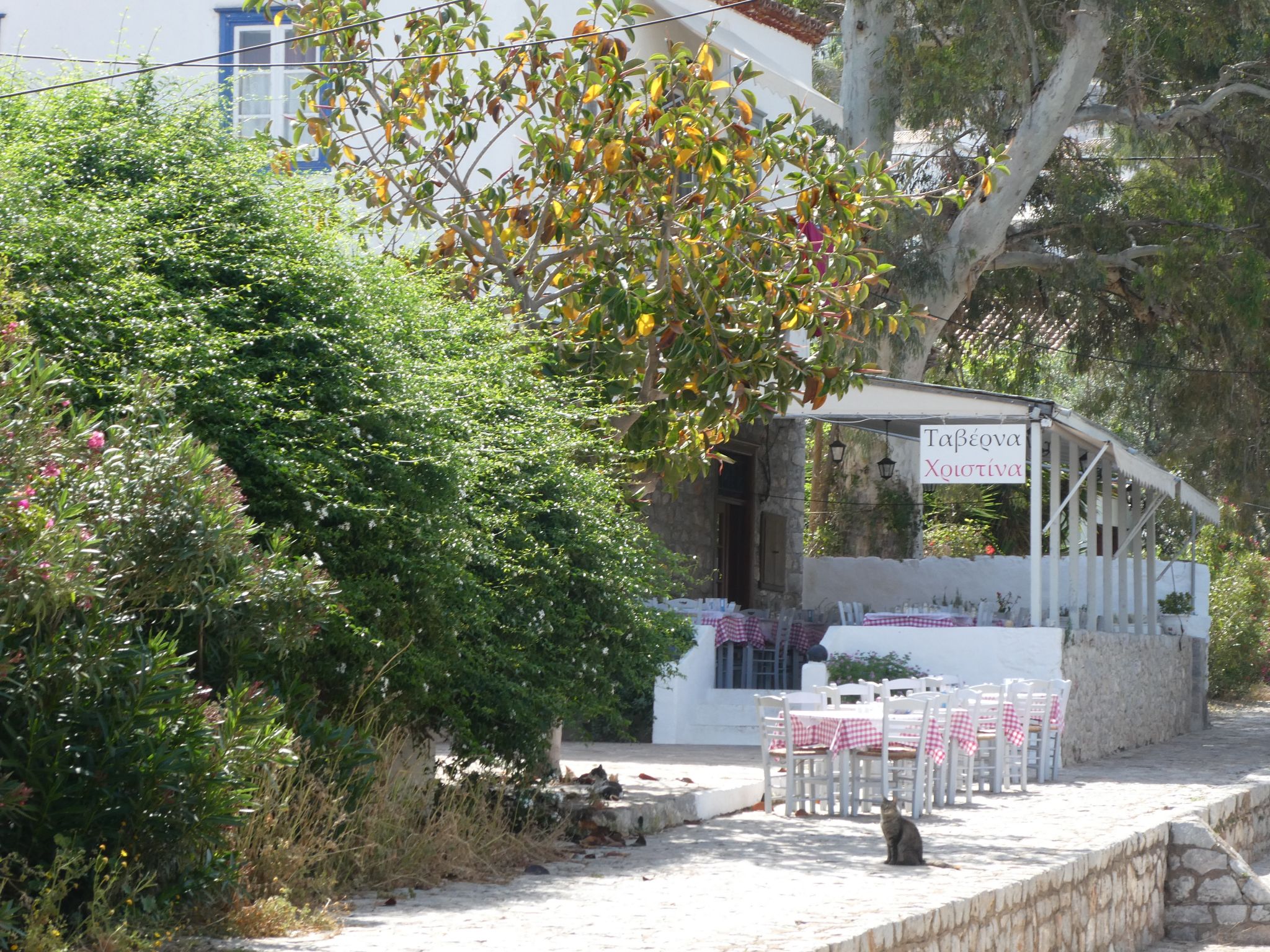 As already mentioned, no vehicles are allowed on the island so the only ‘traffic’ in the villages is horses.  They handle the steep steps remarkably well. 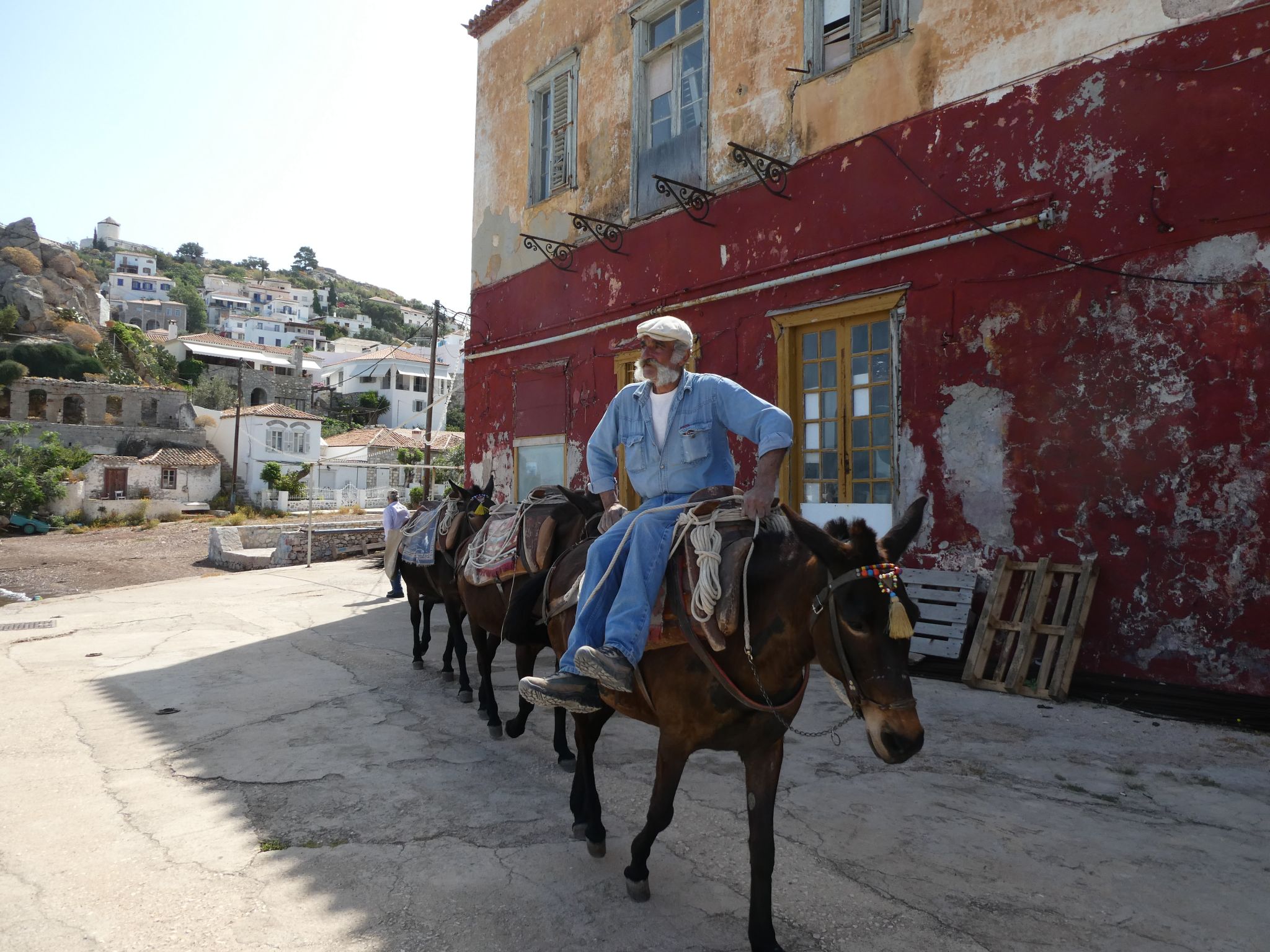 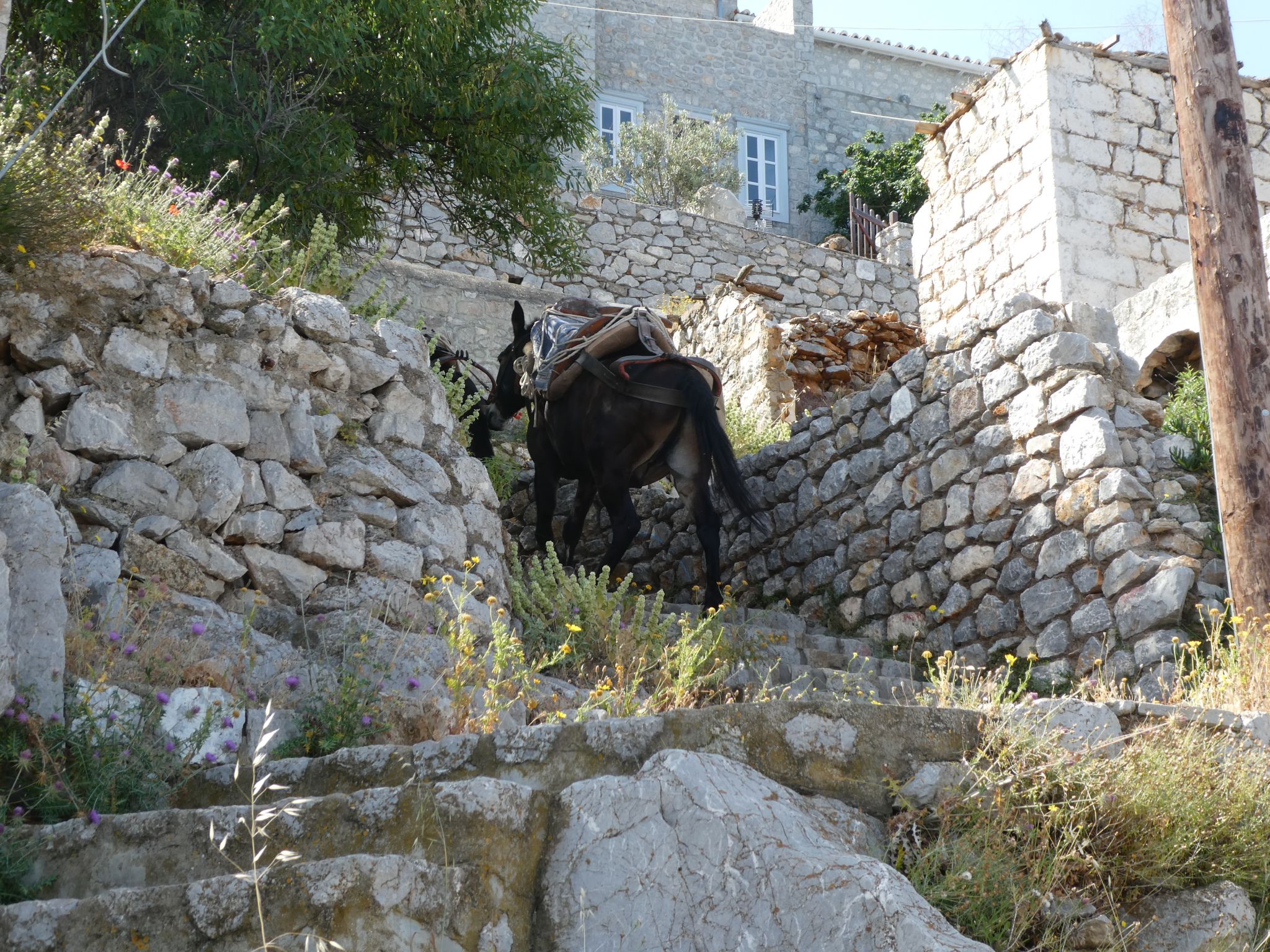 The sunsets were beautiful, especially when accompanied by a gin and tonic. 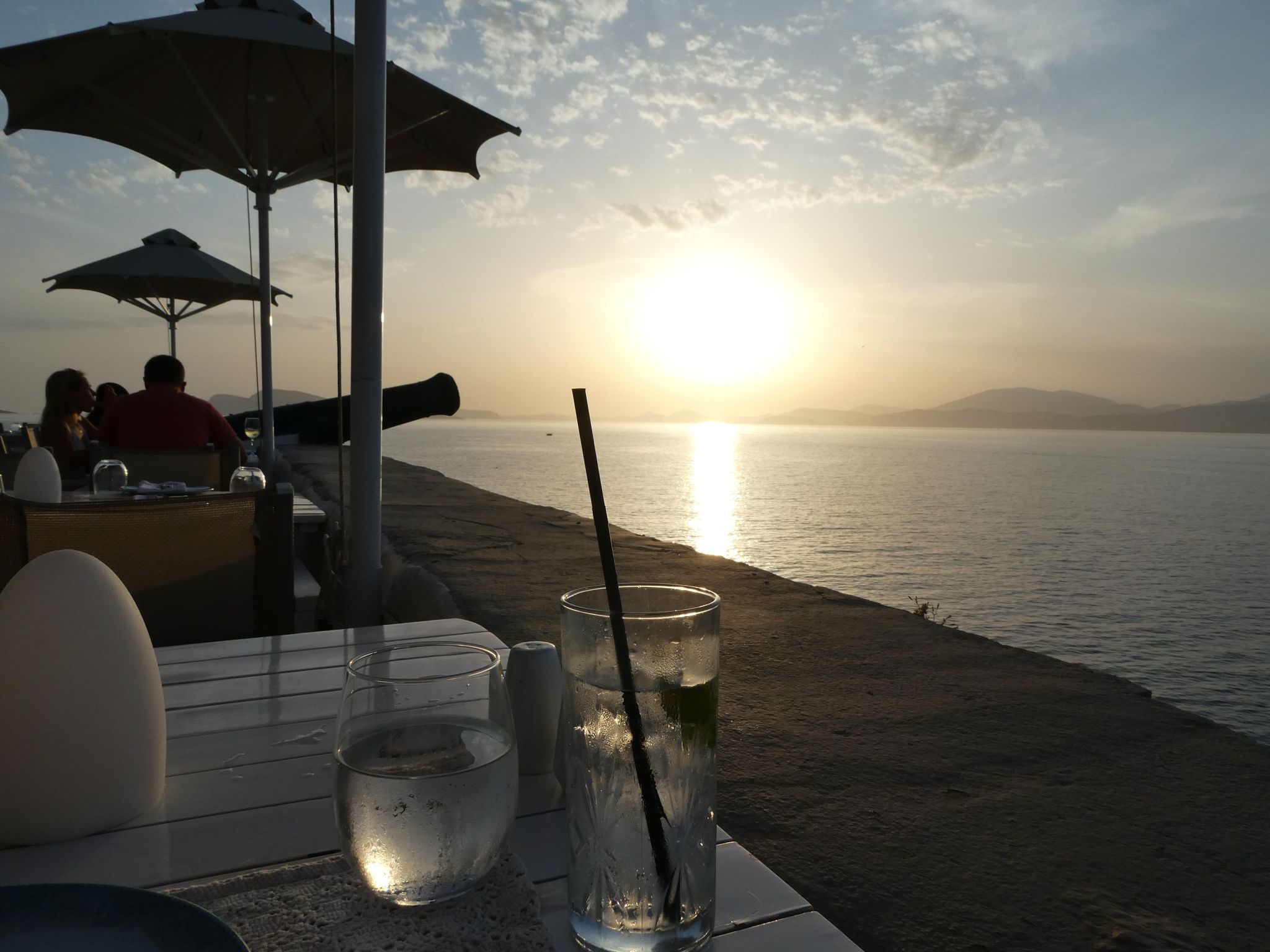 We stayed in the genteel Hotel Sophia, Hydra’s original hotel right on the harbour and on our last morning we woke to discover a boat delivering commercial goods right below our balcony.  The scene was controlled chaos and it really made us appreciate the logistics of doing everything with only horses. 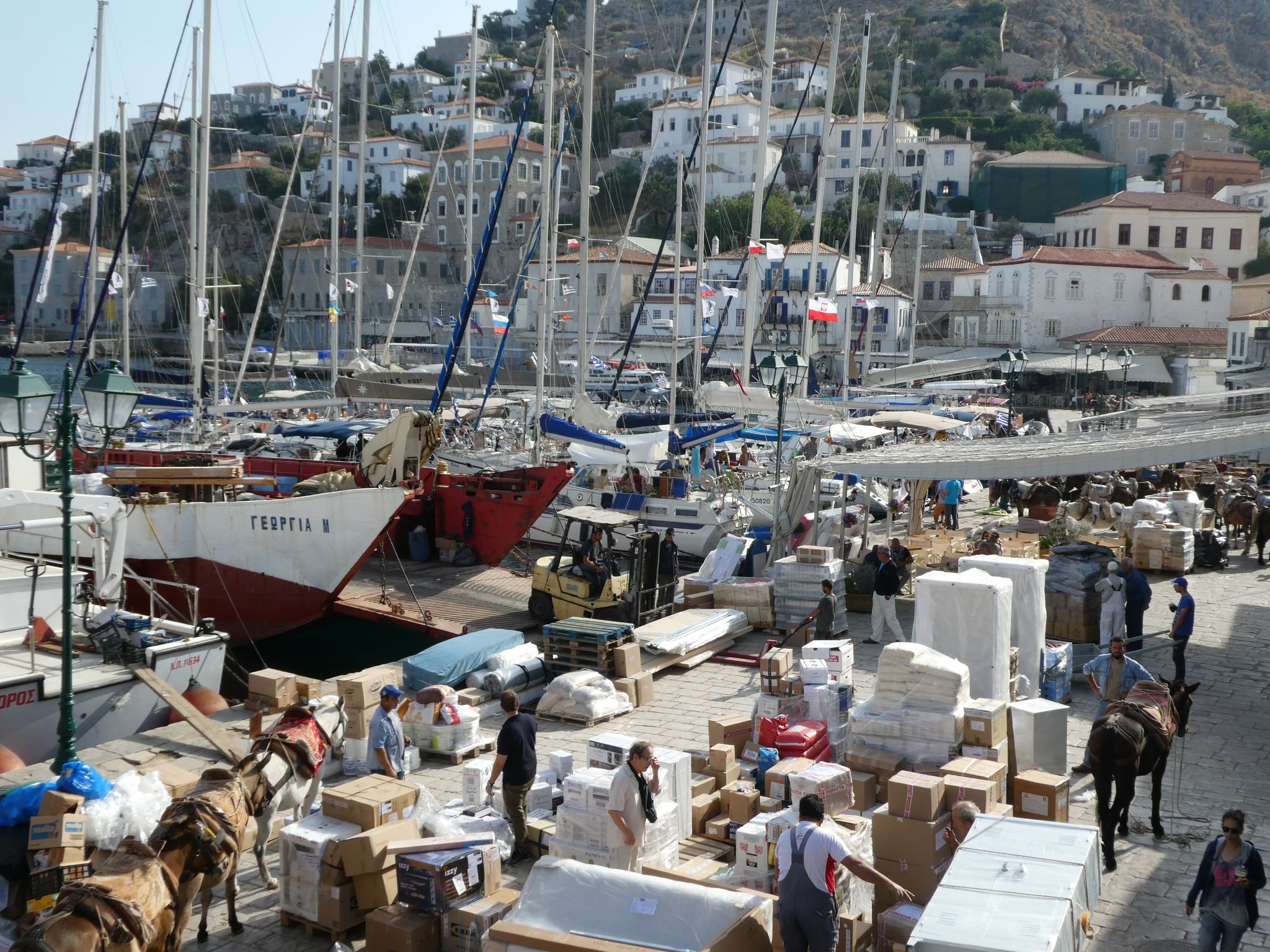 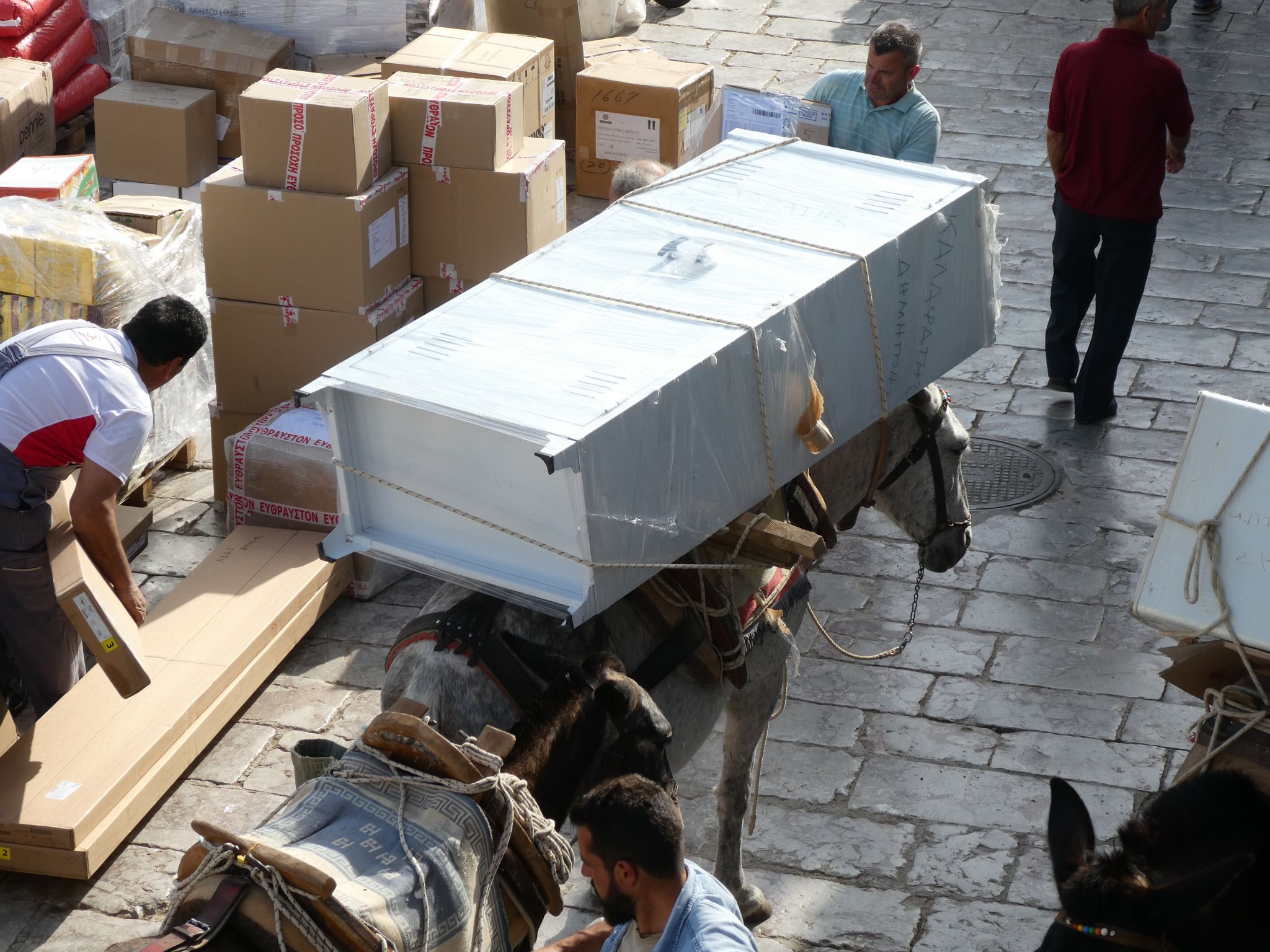 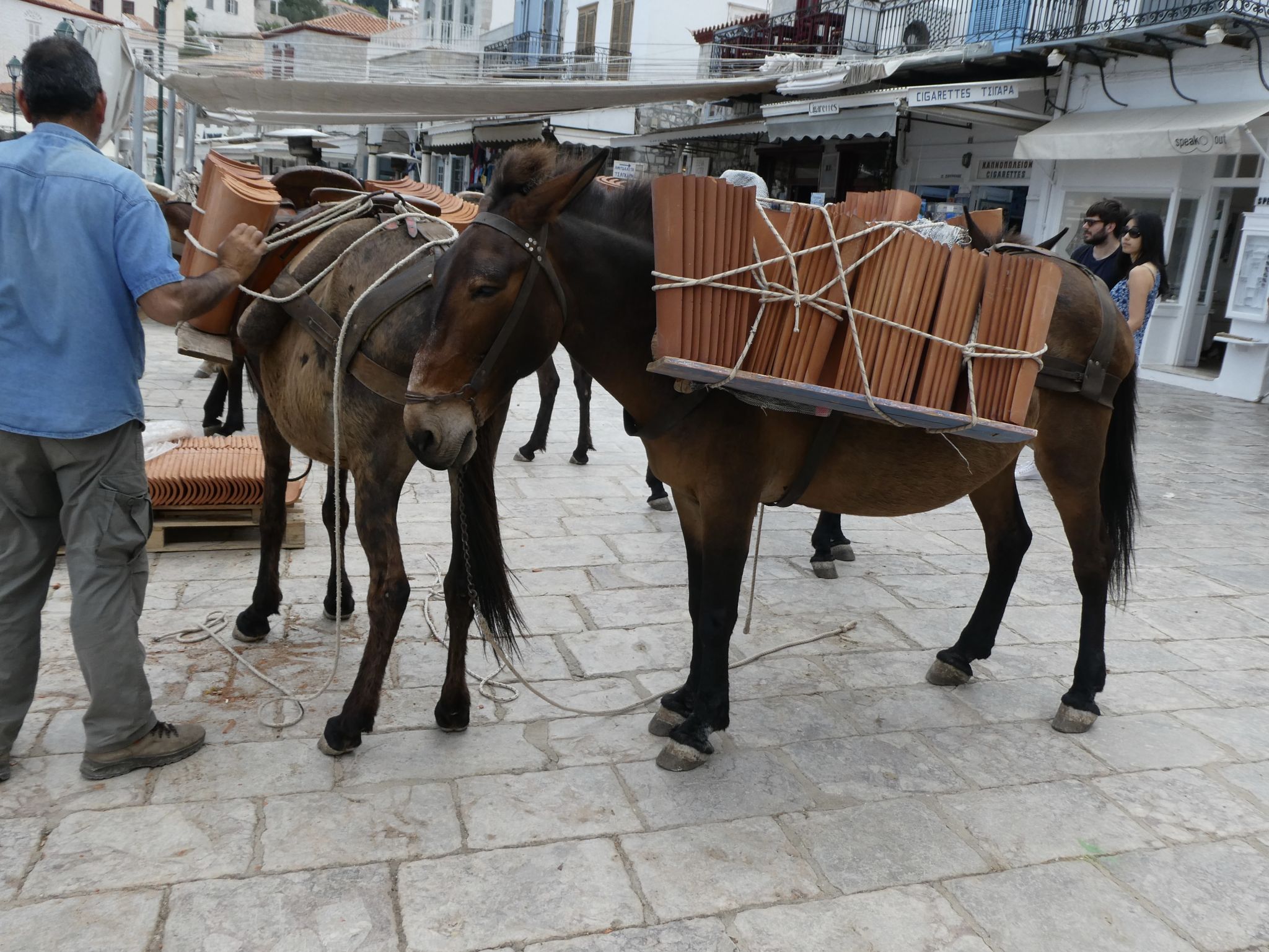 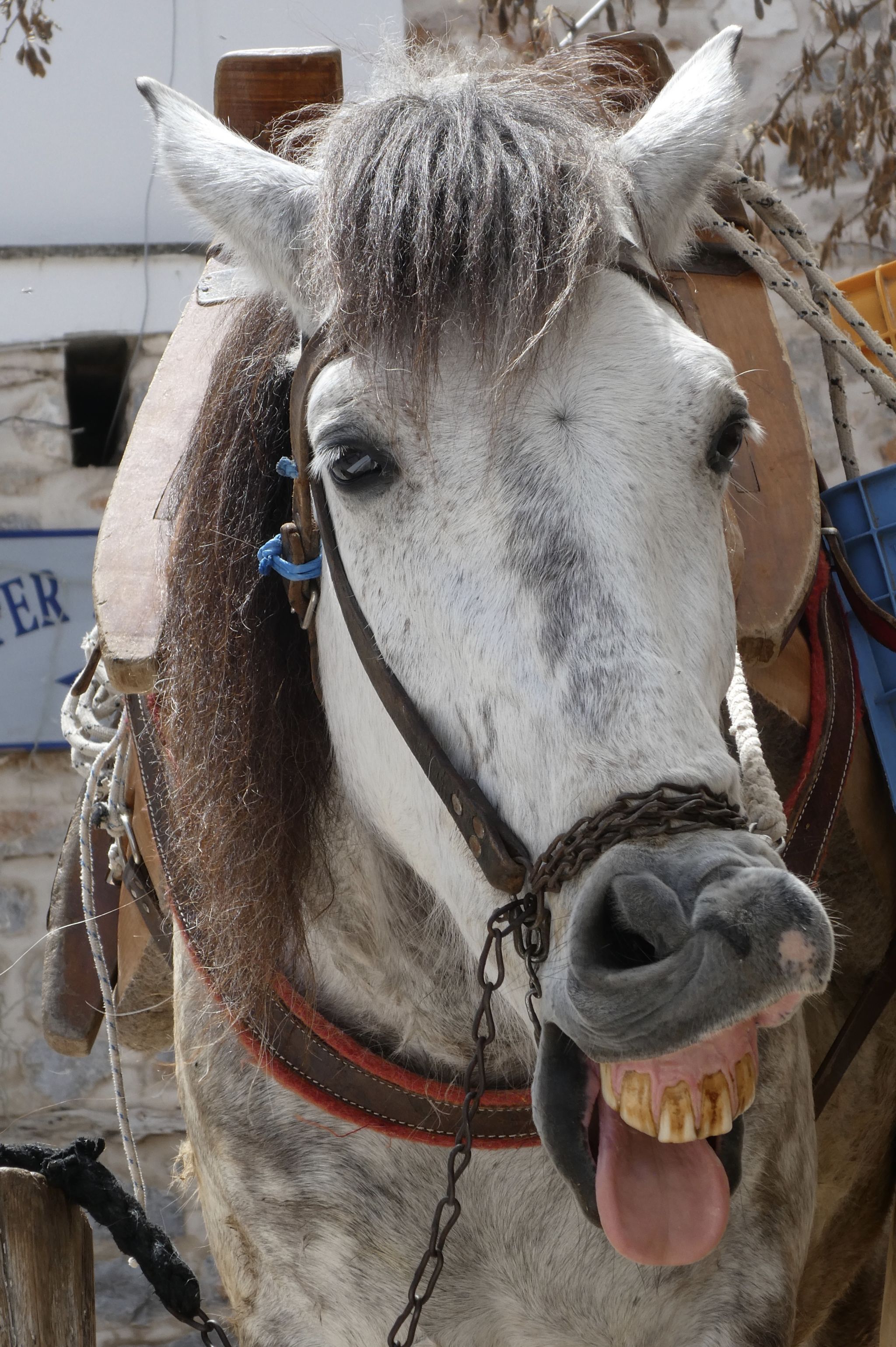 We loved Hydra.  Yes, its very touristy on the harbour front, but it doesn’t take much to get away from the crowds, and its fairly quiet at night, at least at this time of year, as most visitors are day trippers from Athens or from cruise boats.  This is definitely another island to which we would return, and next time we would get a place in the back lanes rather than on the harbour.  Just like Leonard Cohen, but without the talent.  More on him in the next post.