From Corfu we caught a ferry to Saranda in Albania.  We hadn’t expected much.  It was really just a convenient crossing point from Corfu into Albania.  So we were very pleasantly surprised to find a lovely seaside town with a nice harbour and a relaxed atmosphere. 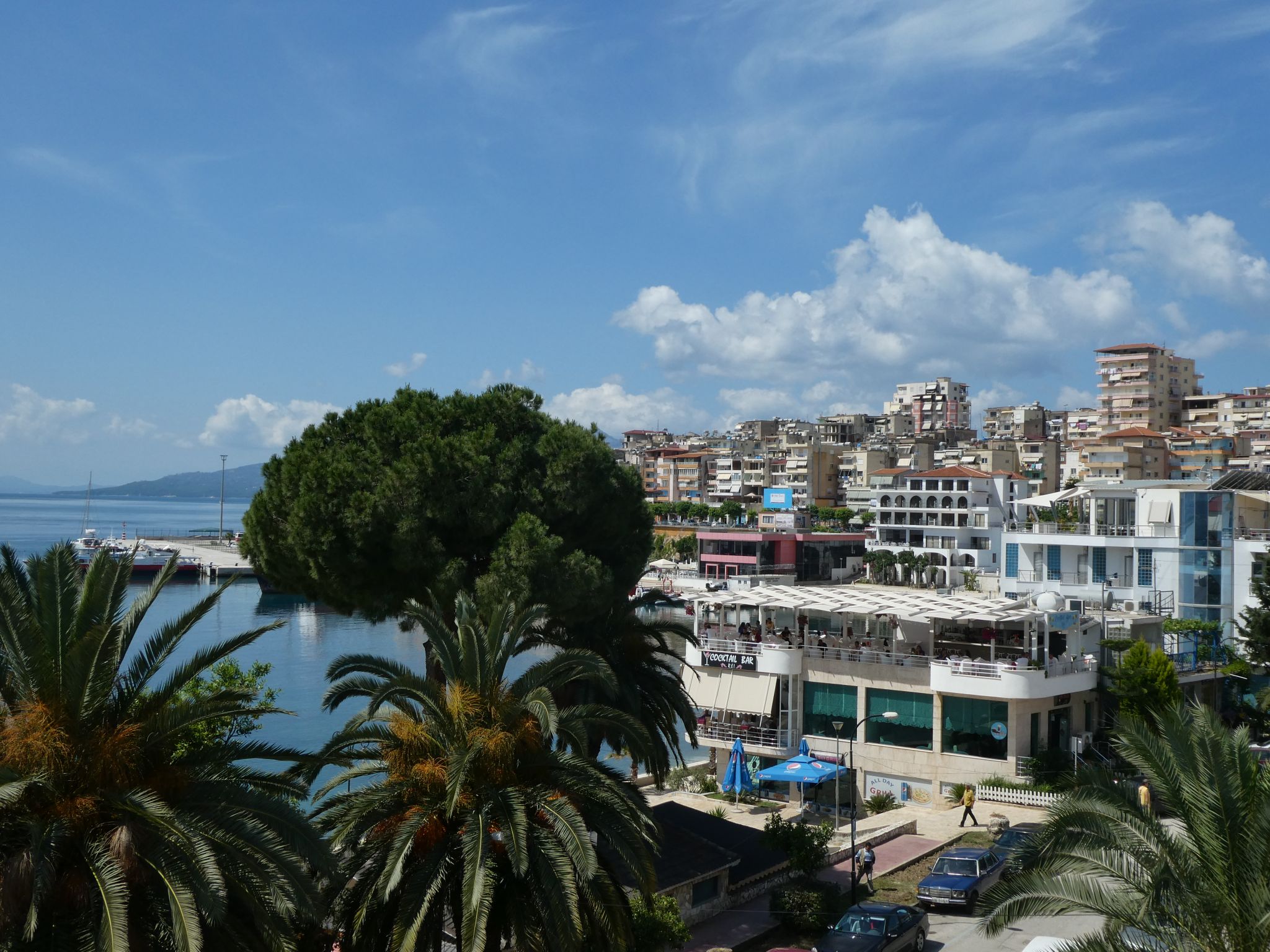 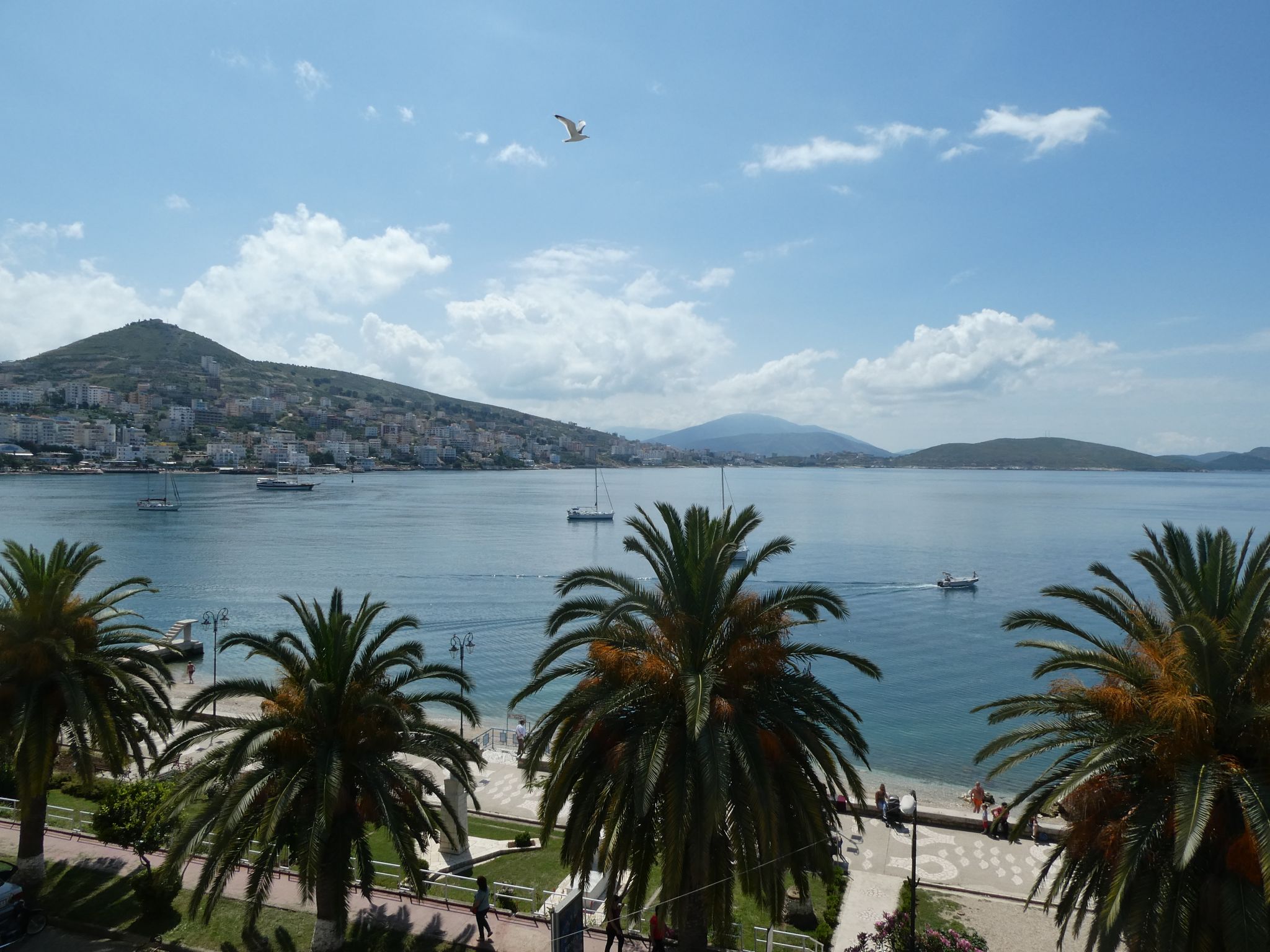 There is not much obvious evidence of the years of extreme communism that prevailed under Enver Hoxha except for the occasional bunker.  These were constructed across the country between 1971 and 1983 at Hoxha’s insistence that there be enough bunkers to protect every citizen in the event of a foreign invasion.  It seems to have been as much about keeping the people afraid as it was about any real threat.  We read estimates ranging from 150,000 up to 700,000 bunkers being constructed.

They can still be seen dotted about the countryside like little mushrooms and occasionally also in towns.  Some are marked as memorials to those times and others are just there because, being built to withstand heavy shelling and bombardment, they are rather difficult to remove. 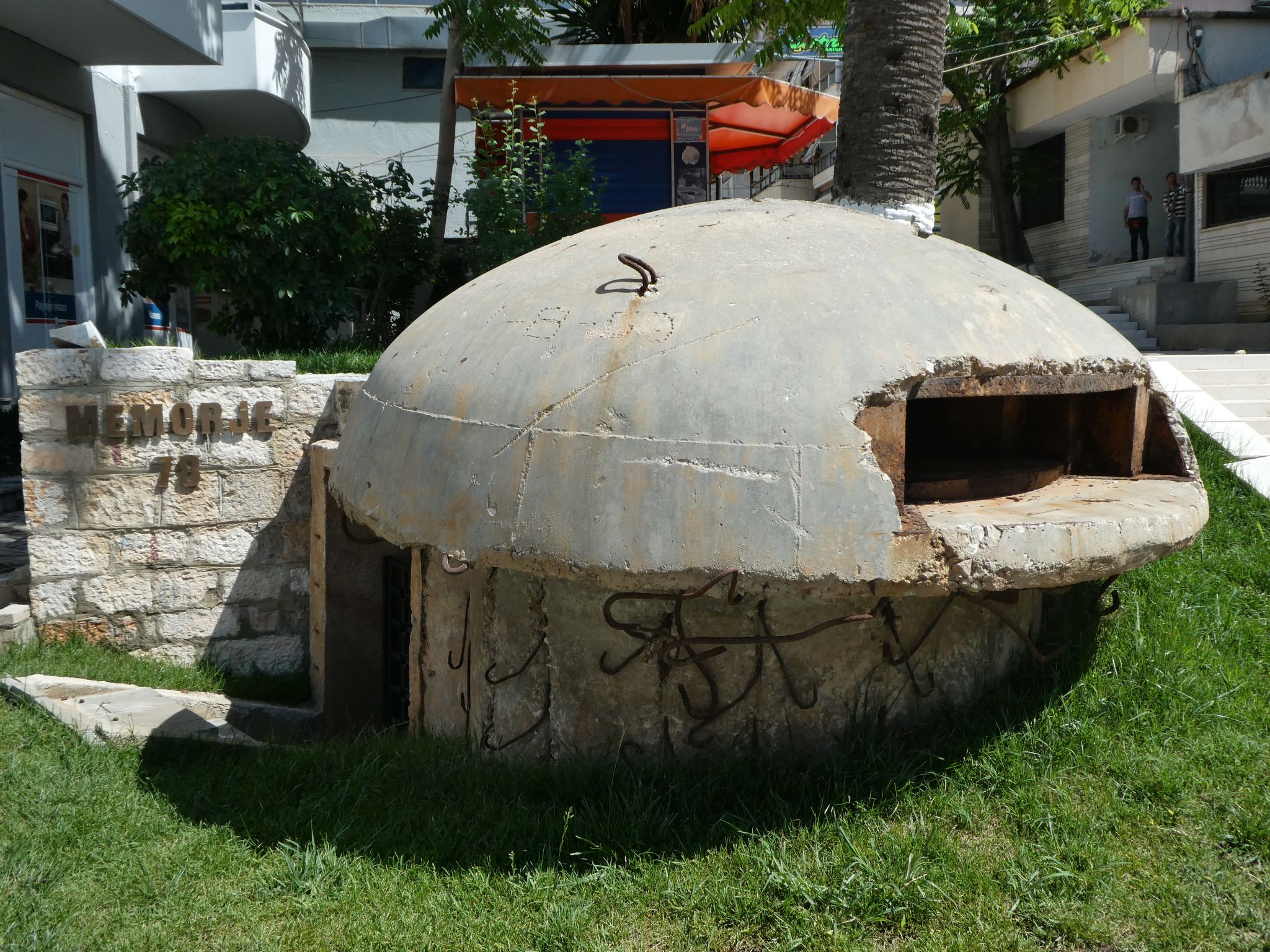 Hoxha considered even Russian communism was not extreme enough.  Collectivisation was ruthlessly implemented and many economic pursuits were banned, including fishing.  Perhaps he was worried people would seek to escape the country by boat under the guise of fishing.  It has only been since the fall of communism that a fishing industry has been re-established in Albania.  In Saranda it is still very small scale.  We saw these boats returning to the main harbour with their catch one morning, and restaurant owners coming down to buy for the day.  You knew the fish was going to be super fresh. 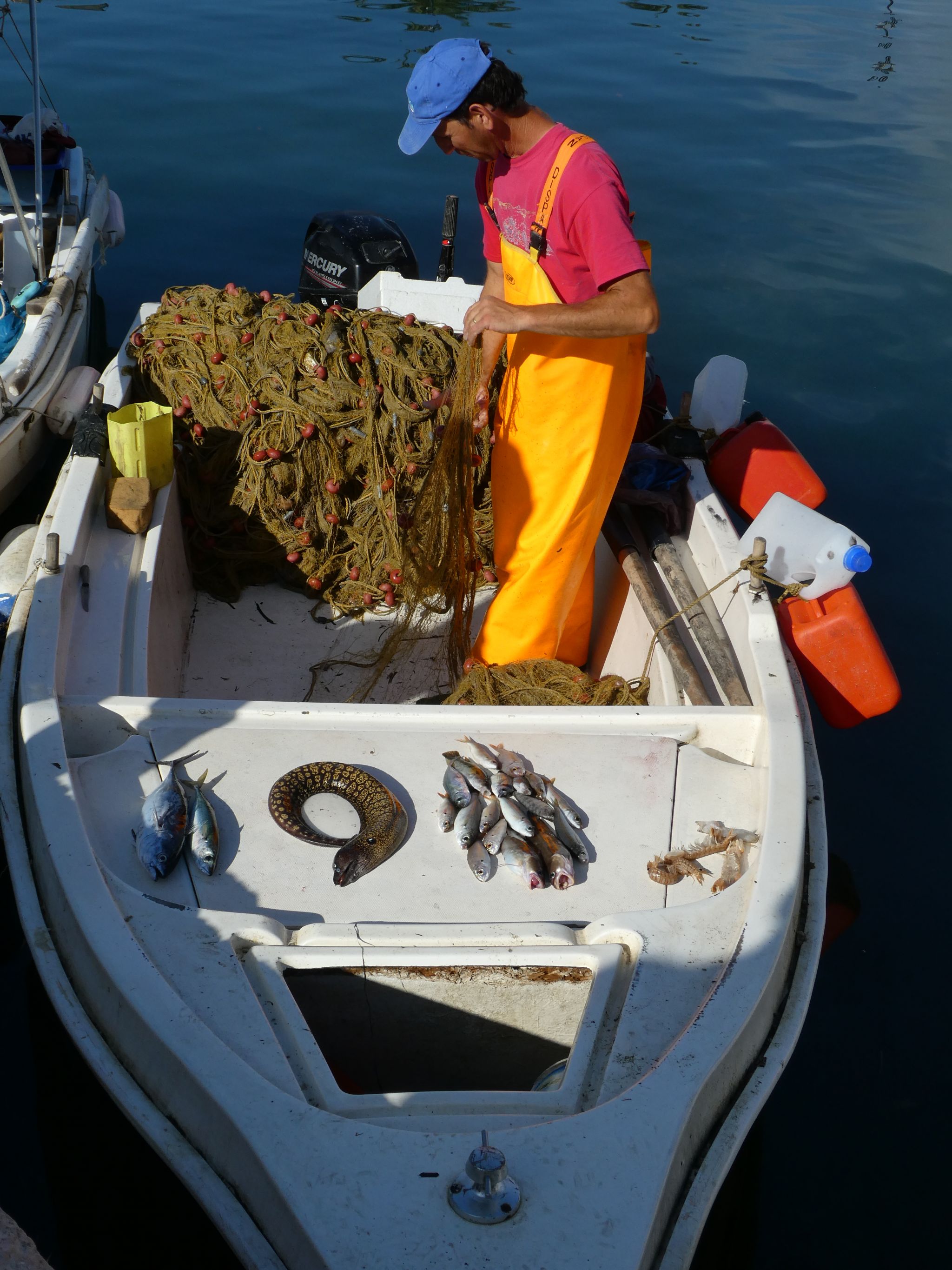 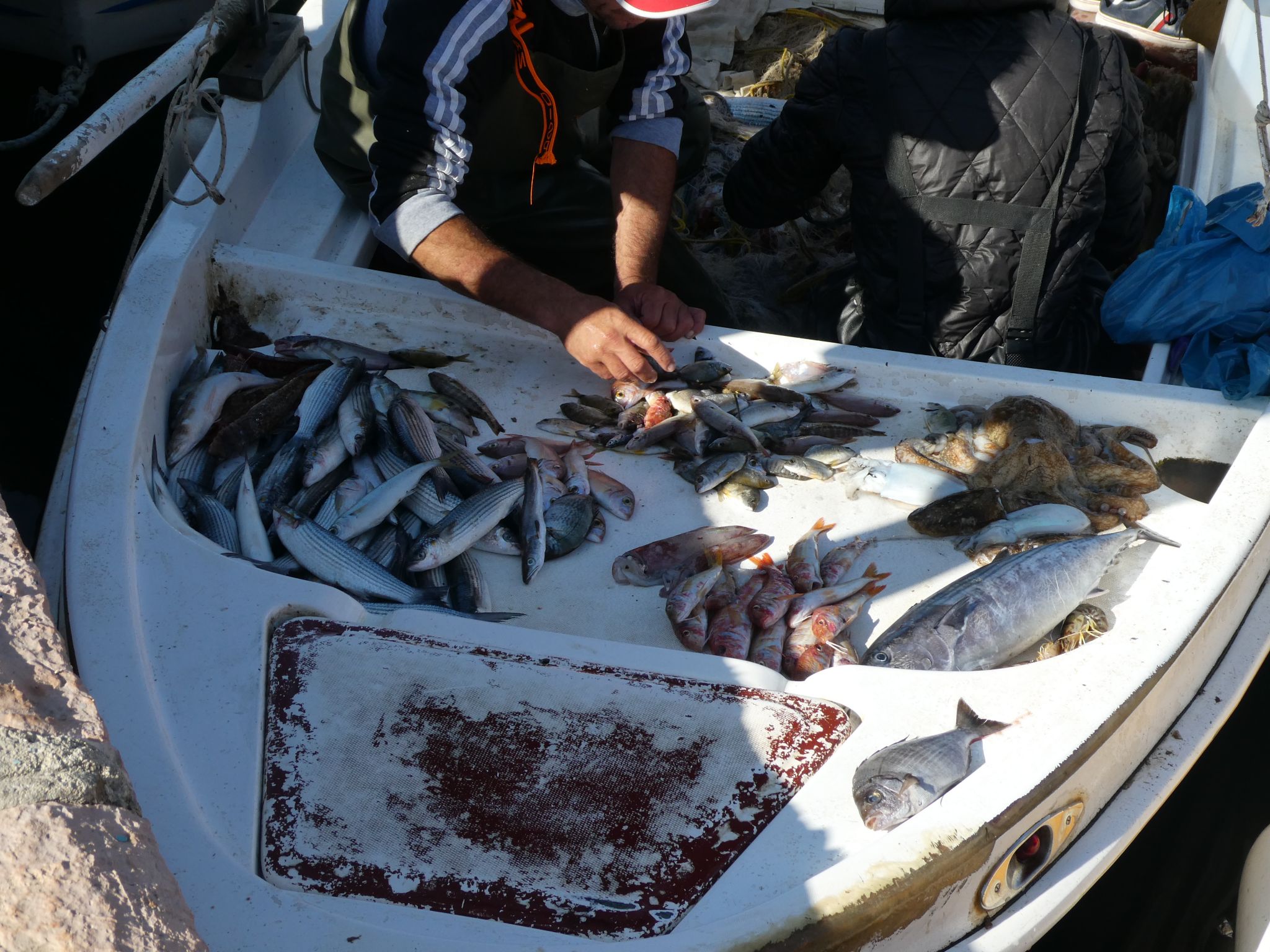 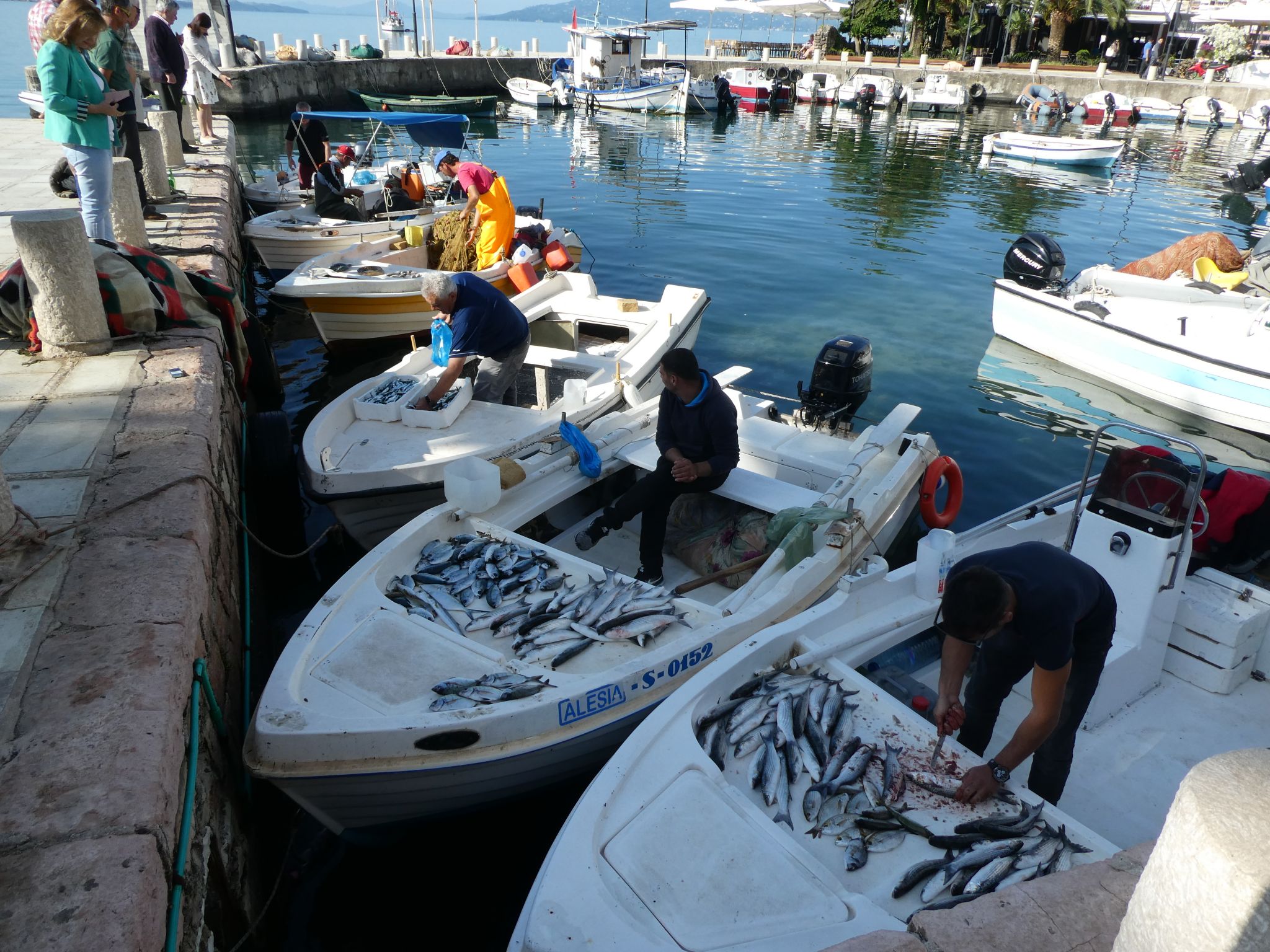 Mussel farming is becoming a significant industry here and we saw people selling fresh mussels in the market.  We were not sure if they were farmed or wild harvested, but they were certainly fresh.  The vendors were gone by lunch time and back next morning with new supplies. 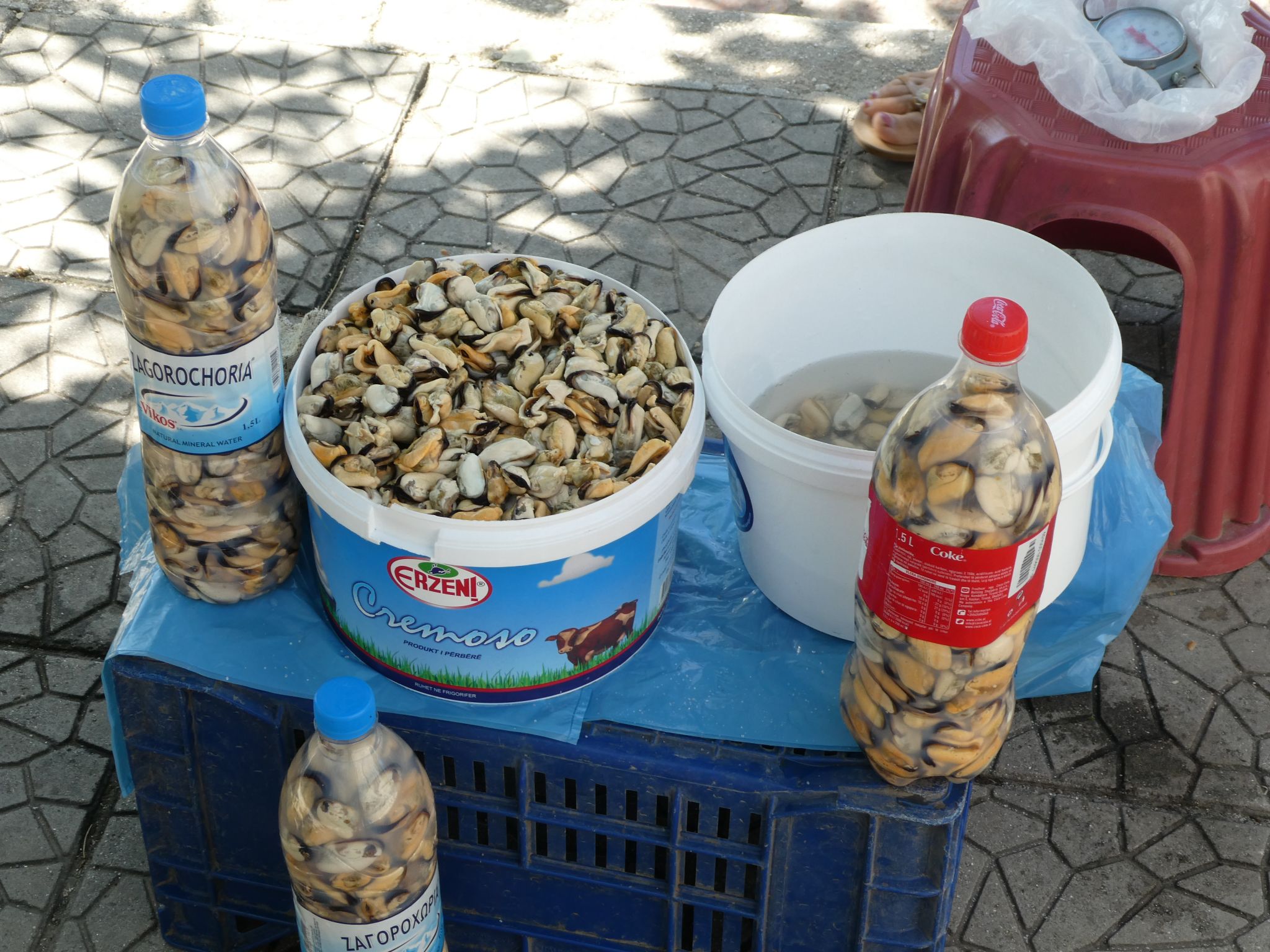 For some cultural enrichment, about 30 minutes out of town by bus is the ancient site of Butrint.  Orginally established as a Greek city in the 6th century, it was later a Roman city and later still, a Byzantine eclesiastical centre. 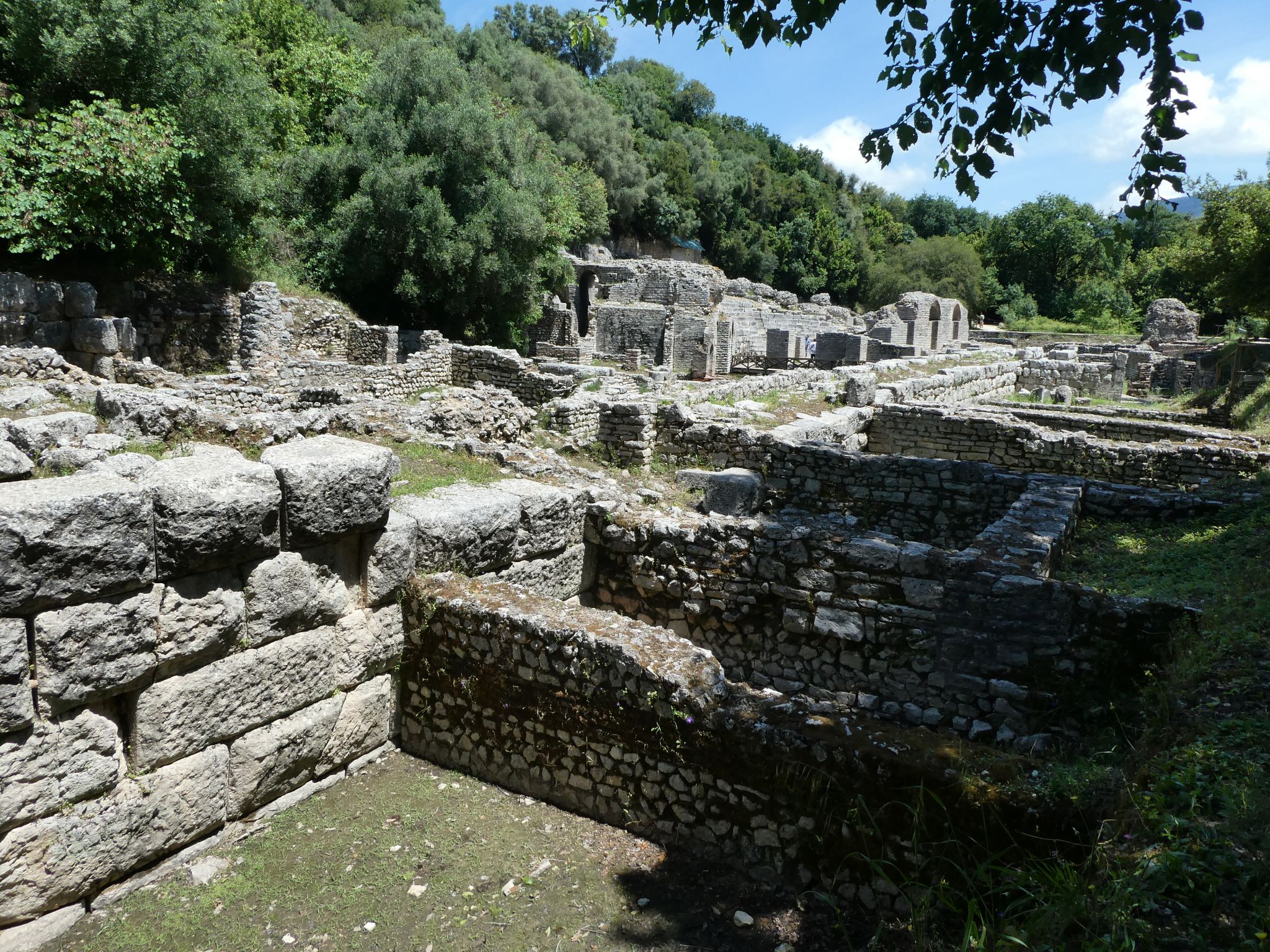 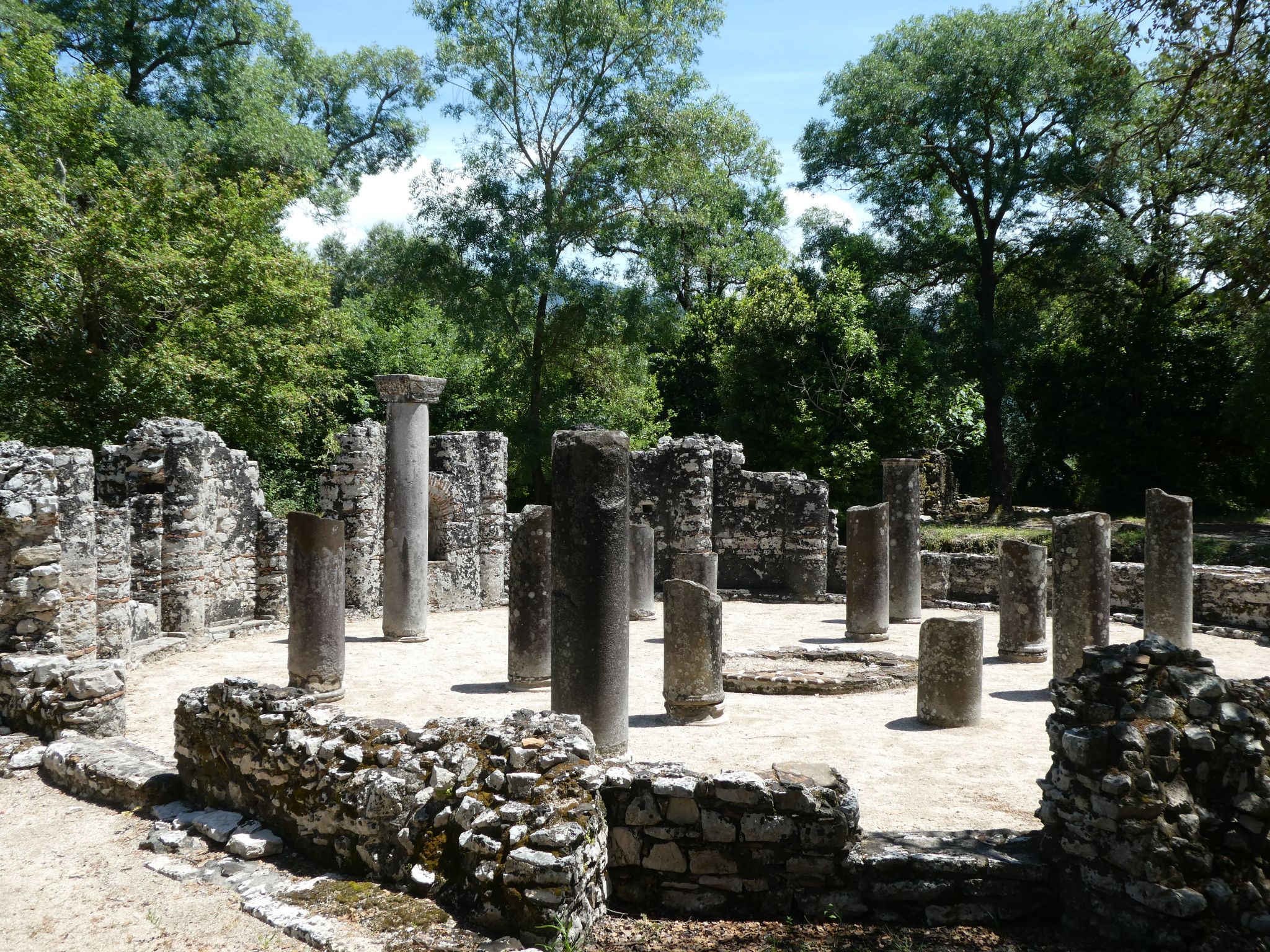 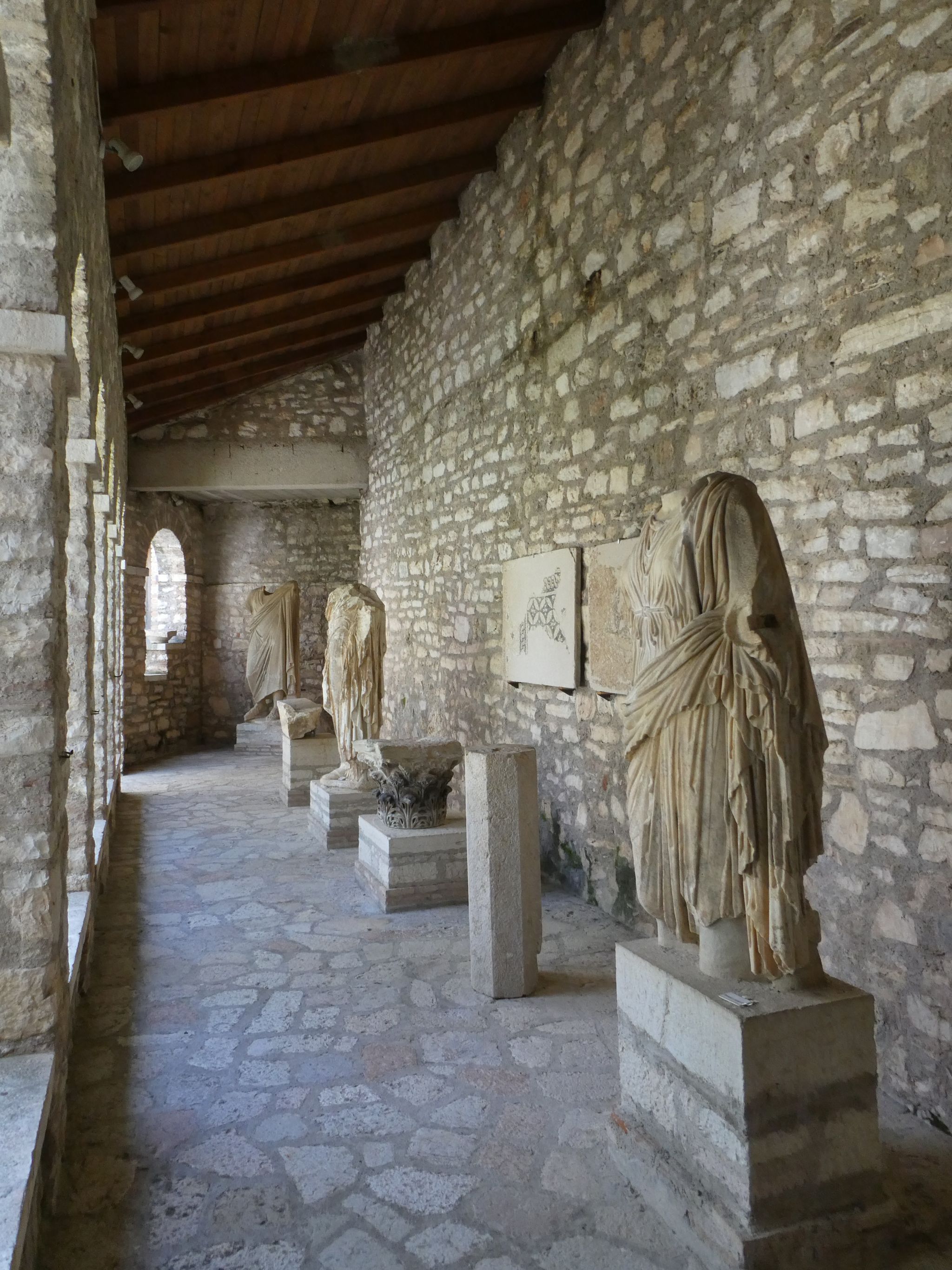 Well then, we’d best be getting to the next destination, Gjirokastër.  The entire town is made of rocks.