“Everything in the city was old and made of stone, from the streets and fountains to the sprawling age-old houses covered with grey slates like gigantic scales.  … It was a slanted city, set at a sharper angle than perhaps any other city on earth, and it defied the laws of architecture and city planning.   The top of one house might graze the foundation of another, and it was surely the only place in the world where if you slipped and fell in the street, you might well land on the roof of a house – a peculiarly known most intimately to drunks”.  (Chronicles in Stone, Ismael Kadare)

Gjirokastër is steep.  Very steep.  Inadvertently we booked a hotel at the top of the old town.  Great for views, not so great for getting home after dinner.  Views always come at a price, right?

Gjirokastër is known as the City of Stone.   A castle was built here in the 1300s.  It was conquered by the Ottomans in 1417 and reached its peak size in the early 1800s.  The old town is UNESCO World Heritage listed, primarily for its distinctive two-story stone tower houses known as kulle, which are unique in style, and developed for a curious reason.

The houses appear like mini-fortresses from the street – small windows, set back balconies and steep stone frontages – because in the Ottoman period there was a great deal of inter-family clashes and “having a well defended residence was necessary, as disagreements between Albanian clans often lead to violent feuds” according to information we read and which is acknowledged at a number of houses that are open now as museums. 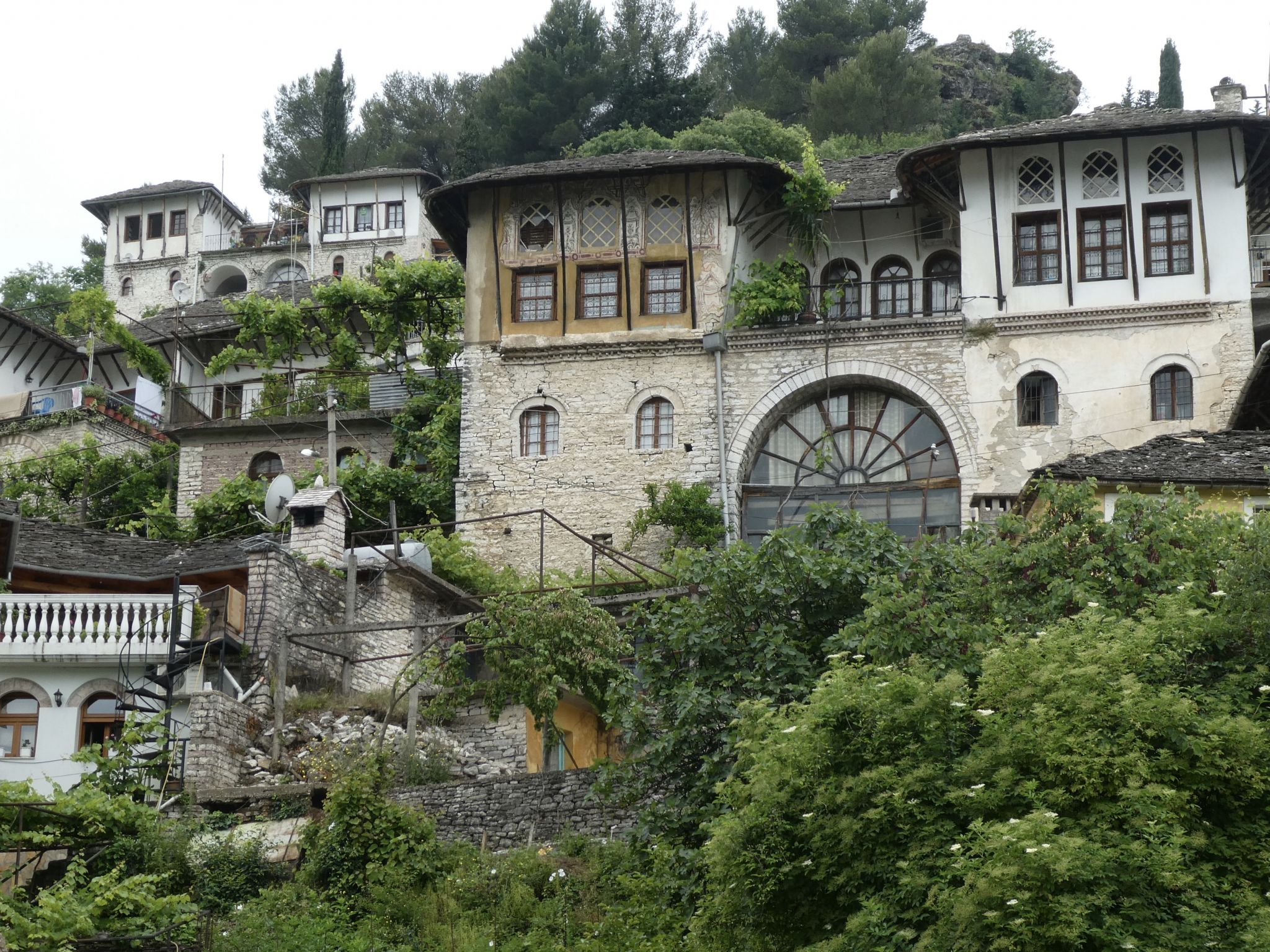 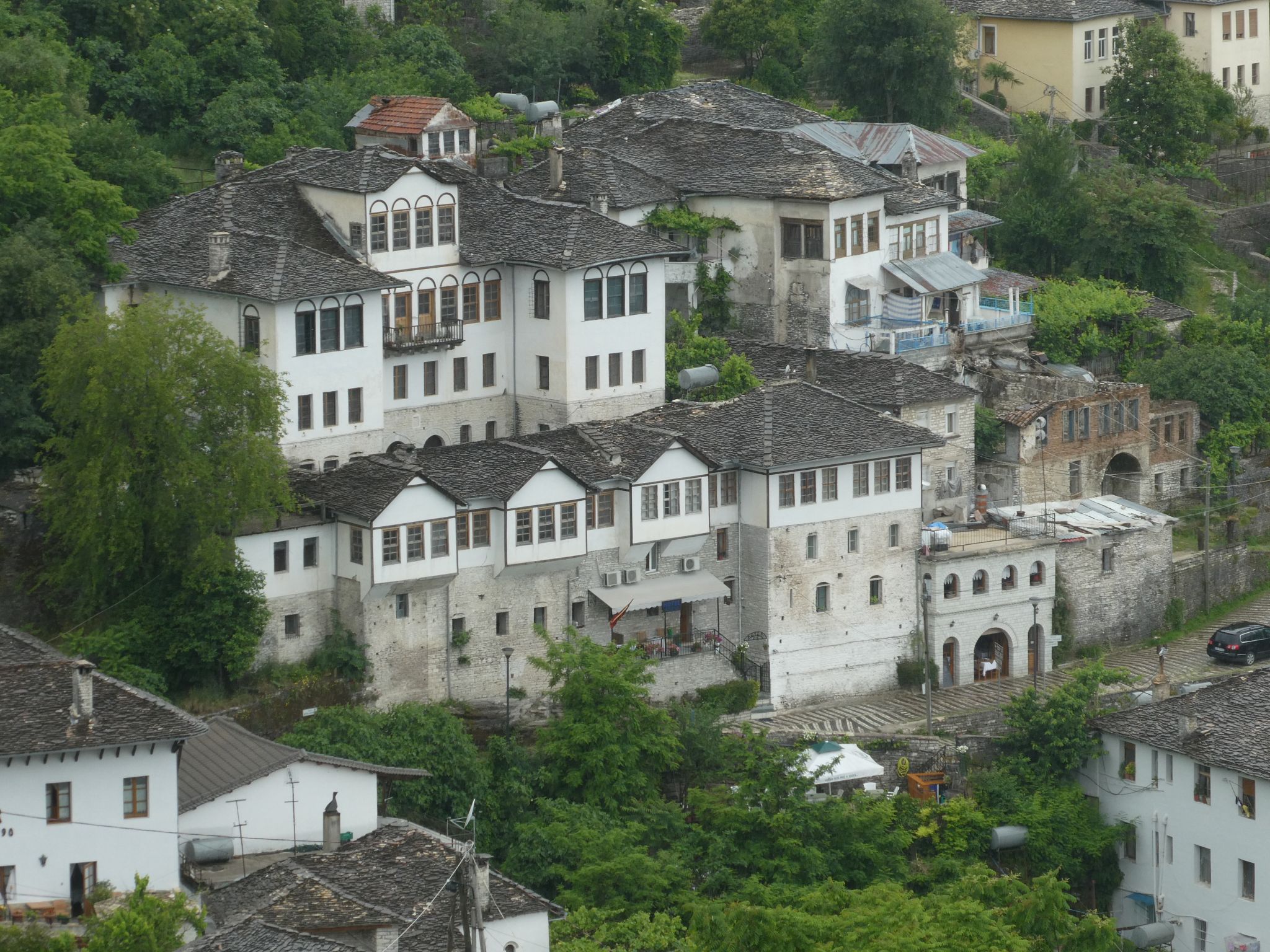 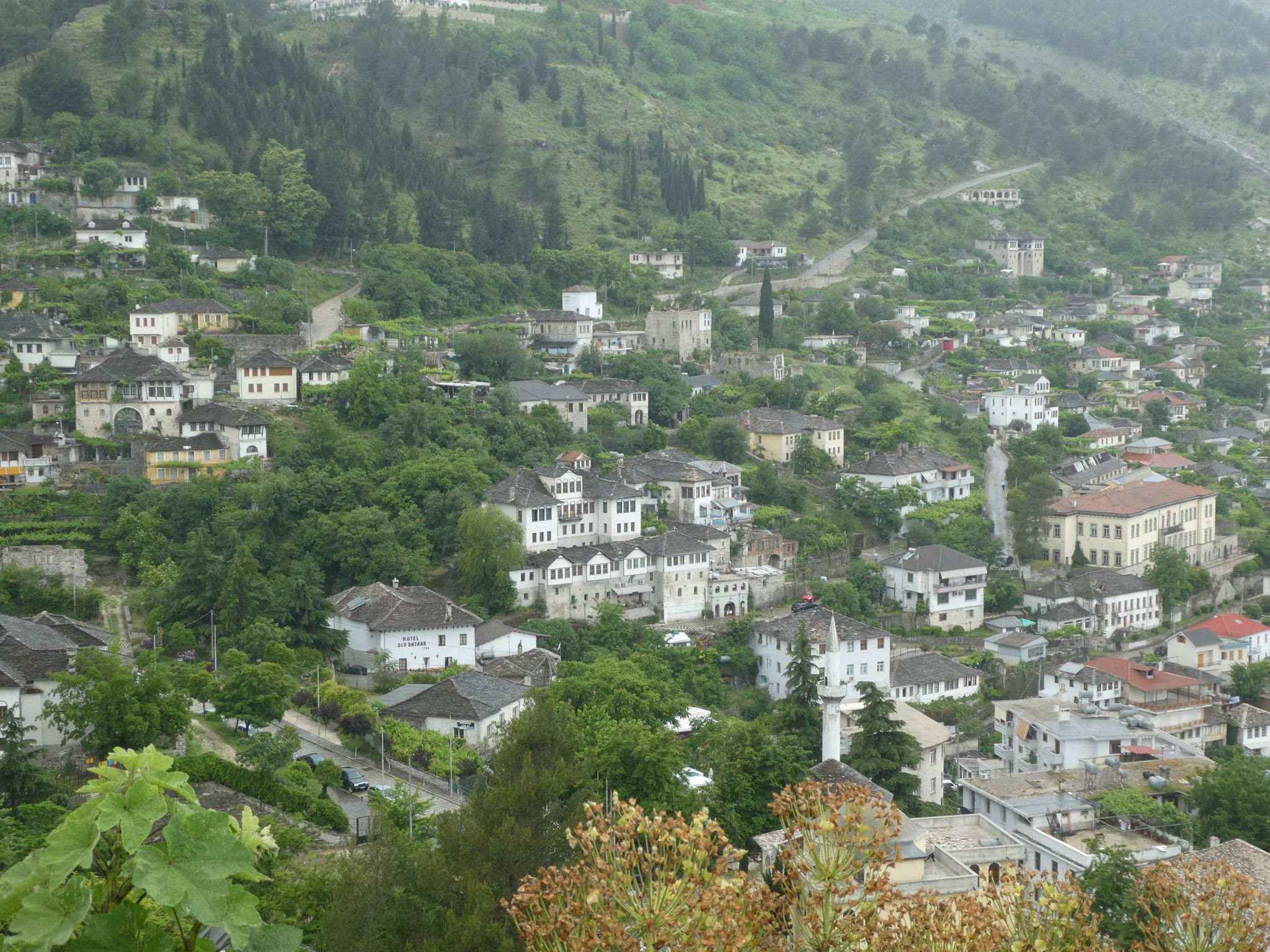 Enver Hoxha was born in Gjirokastër.  Understandably, there are no tributes or statutes in his honour.  His family home is now an ethnographic museum and although called Hoxha House, there is no mention of him in any of the displays.  Just some graffiti on the wall below. 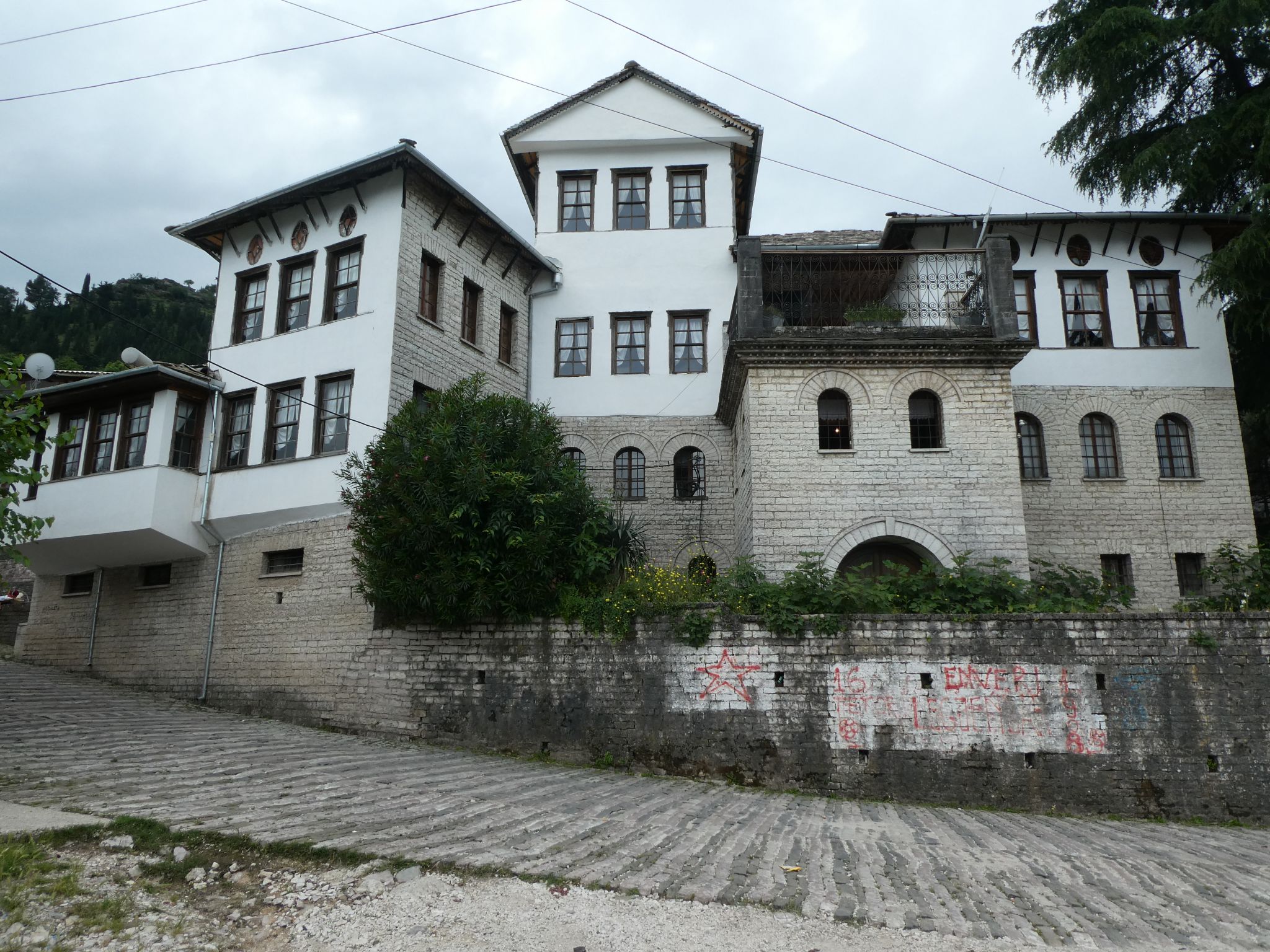 The fortress castle on the hill overlooks the town.  During the communist years it was used as a prison and we read that parents would warn their children that if they didn’t behave they would end up ‘in the seven windows’, referring to the fact that the wall of the castle facing the town has seven windows. 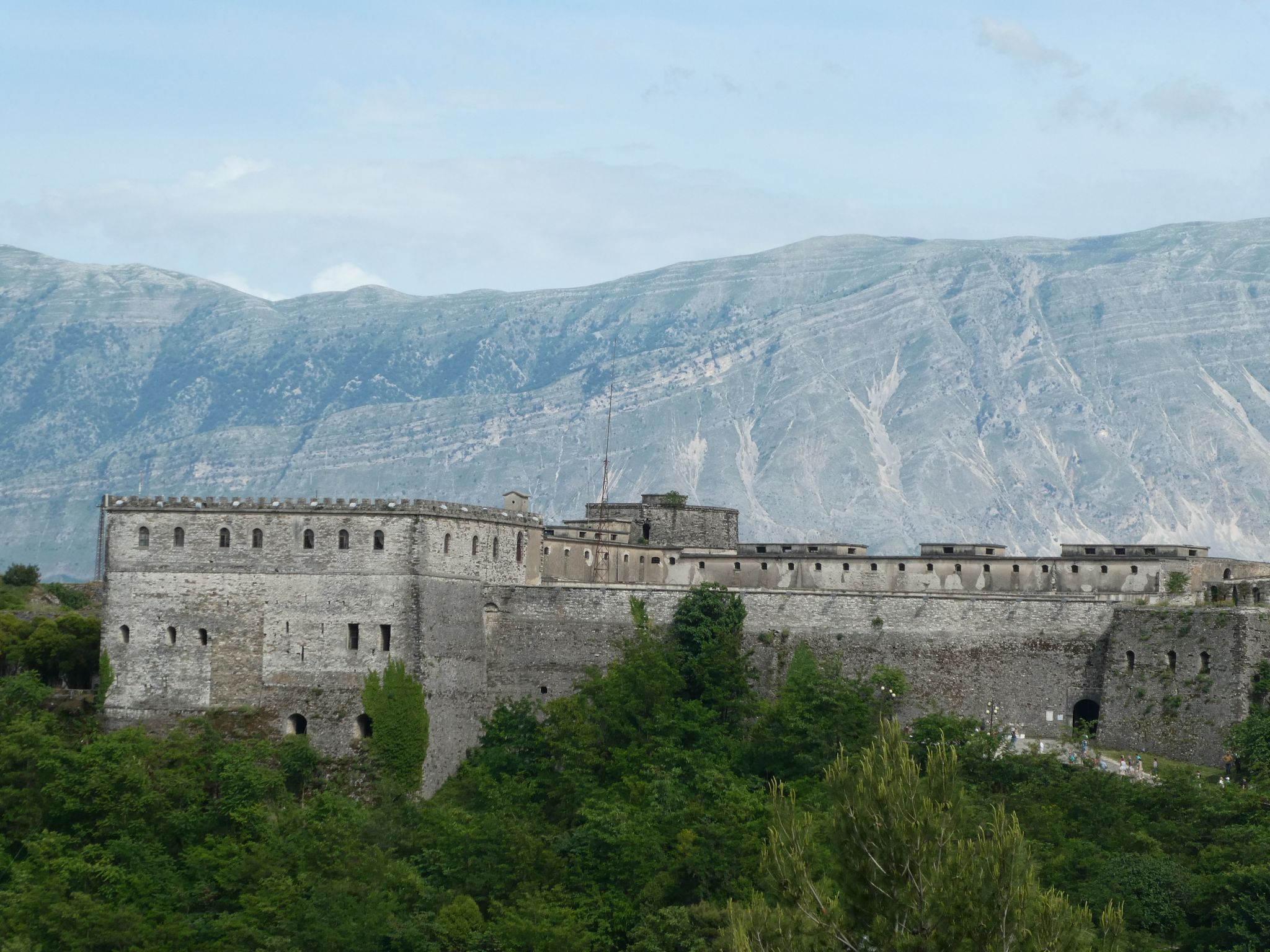 The castle now contains an Army Museum with a large collection of military hardware and some statues which look straight out of Soviet Russia. 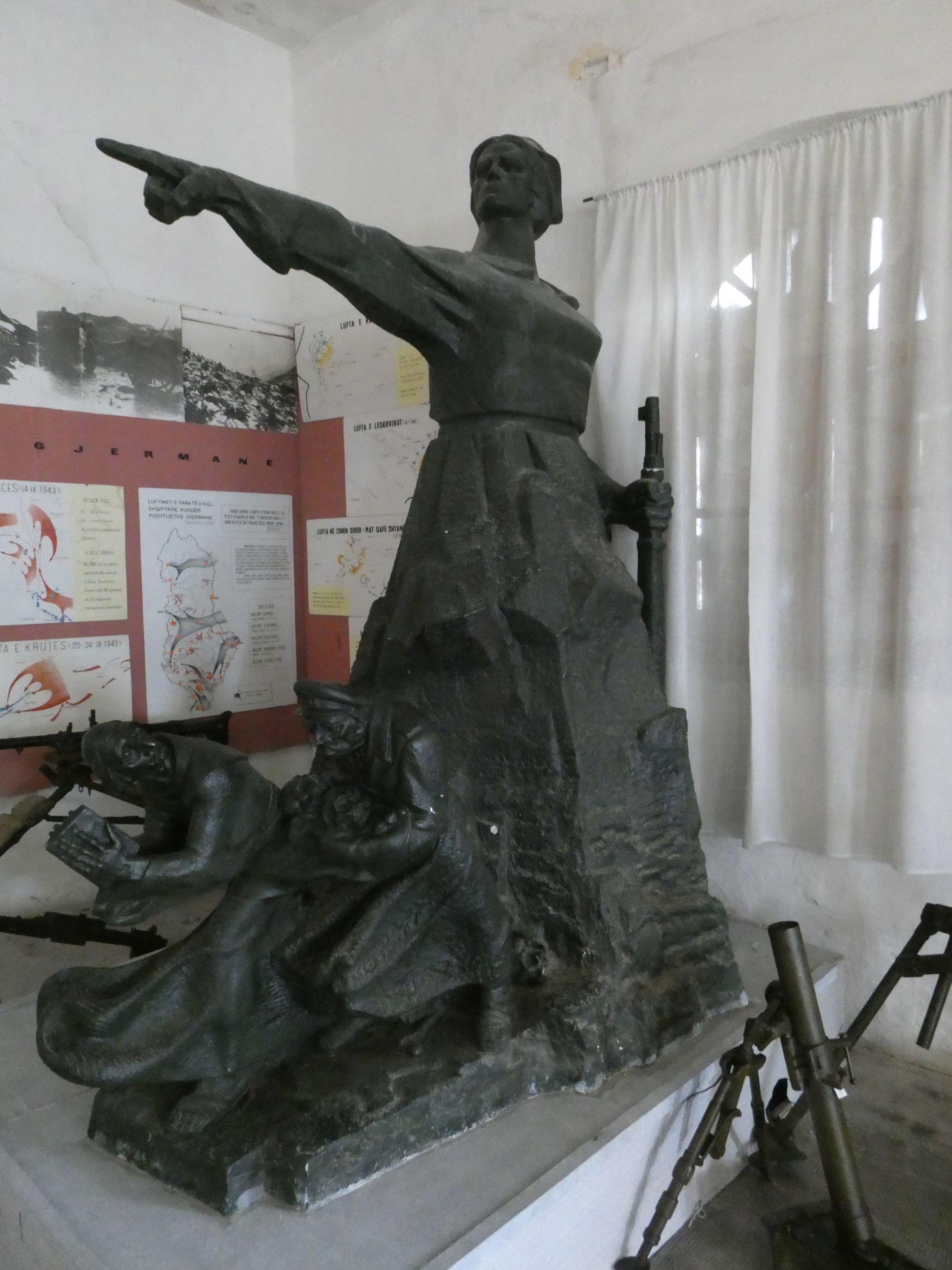 Some of the prison cells are also open and contain tributes to Albanian patriots, partisans and others imprisoned here. 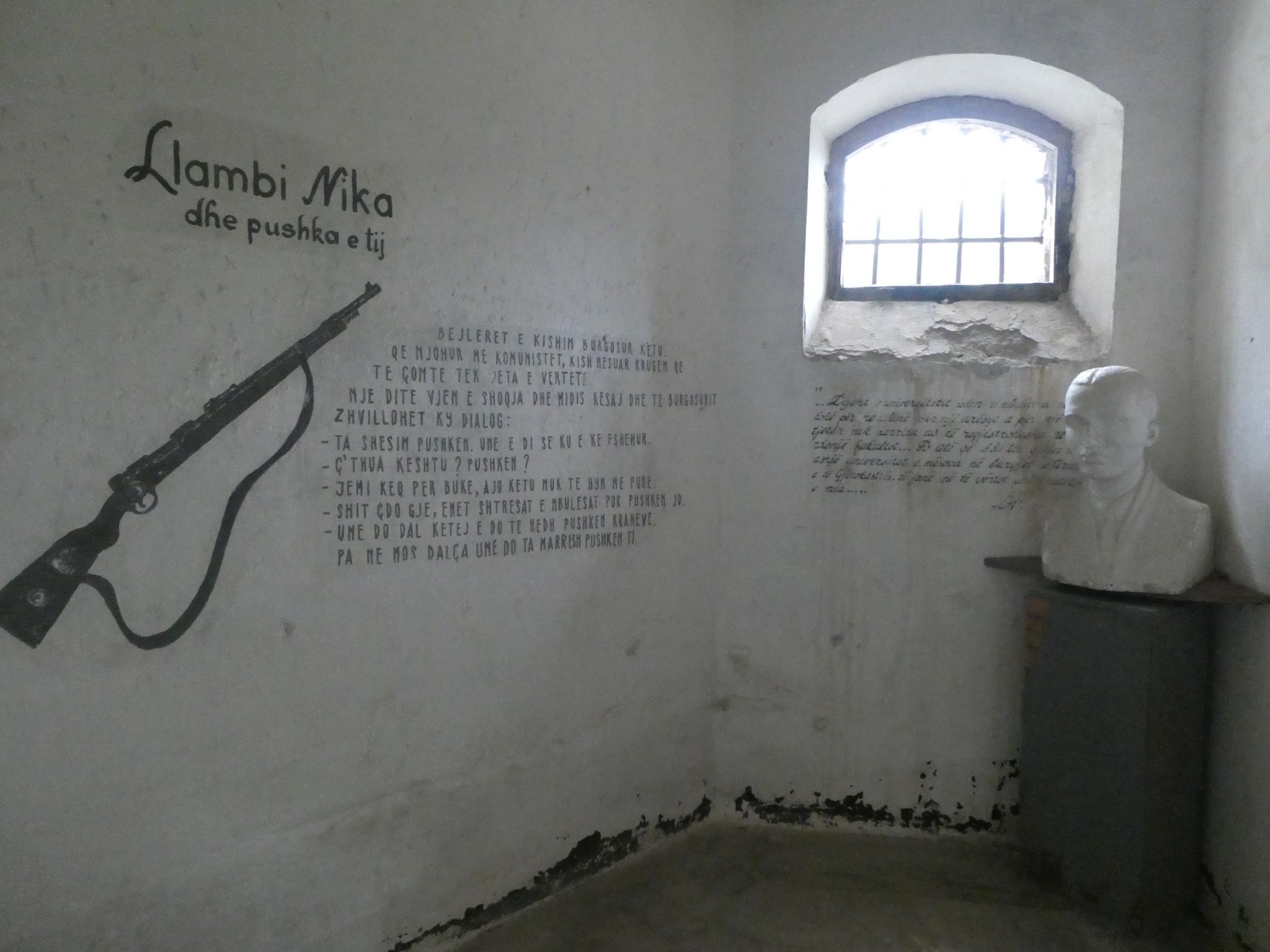 The most interesting thing in Gjirokastër is, strangely, not mentioned at all in most Albanian tourist information on the town, although it’s signposted in town and hardly a ‘secret’ anymore.  In the 1960s, Hoxha had a secret bunker built under the castle.  It is enormous, with approximately 80 rooms and supposedly capable of withstanding both nuclear and conventional weapons attack.  It was designed to house the entire core apparatus of government for several months in the event of a nuclear attack.

The most remarkable thing about the bunker is that it was built in secret and even after the fall of communism, locals were unaware of its existence until it was re-discovered in the 1980s.

It’s locked up, but there is an entrance just behind the tourist information booth at the bottom of the old town and on request the attendant will take you on a guided tour for a small entrance fee. 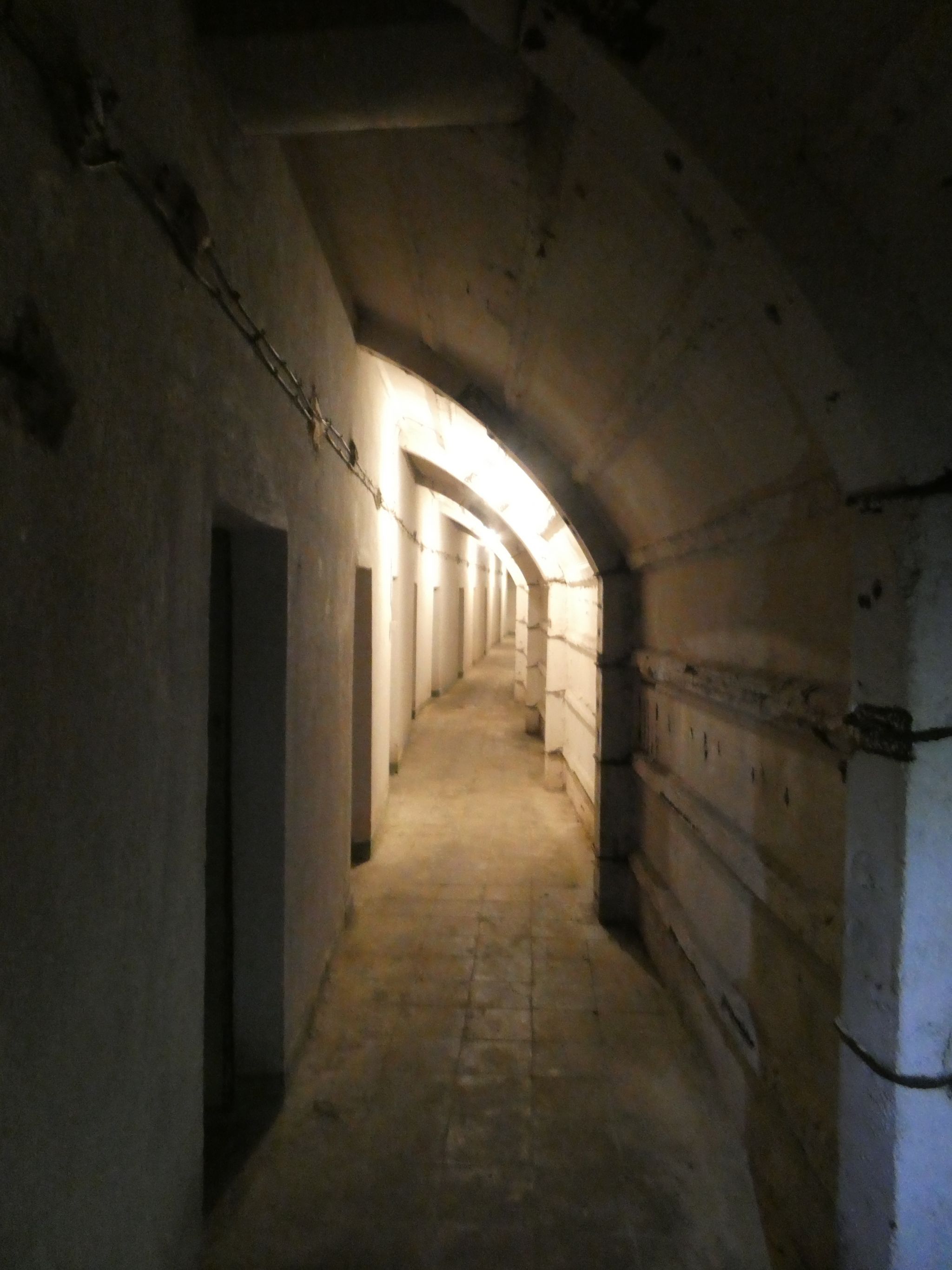 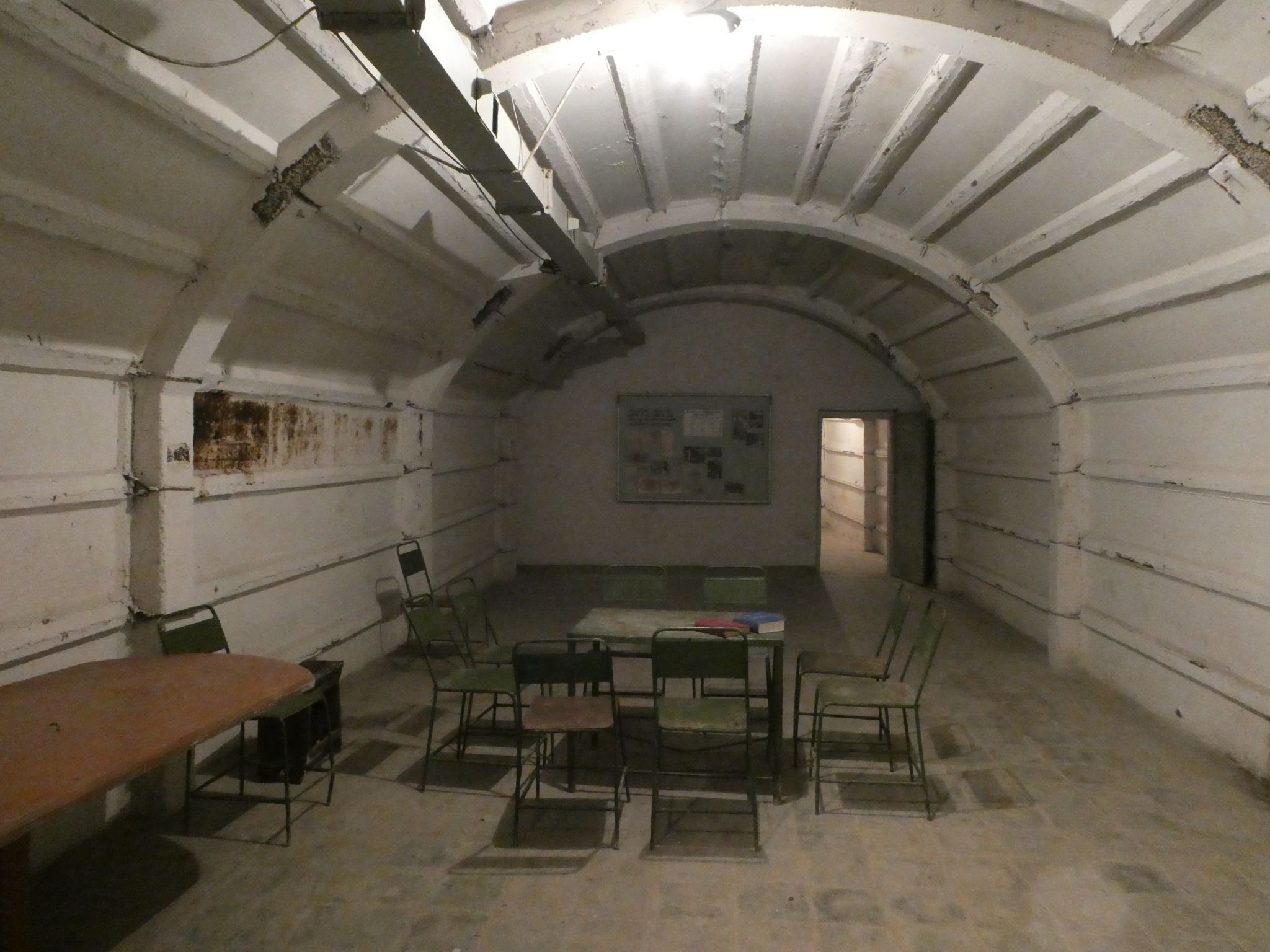 The UNESCO World Heritage listing of Gjirokastër is a joint one with Berat, another architecturally significant, but quite different town.  That is where we headed next.