Tirana gets some bad press, and yes, the traffic congestion is maddening, but there’s some interesting and very unique things to do.

Two massive underground bunkers built during the communist years for the government leadership in the event of an attack have been converted into museums imaginatively named Bunk’Art 1 and Bunk’Art 2 containing exhibitions on the history of Albania.

Jokes aside, there were some compelling exhibits about the level of repression experienced by citizens during what are now euphemistically called the ‘isolationist years’, and the rooms which continue to be set up as they were during those years were interesting also. 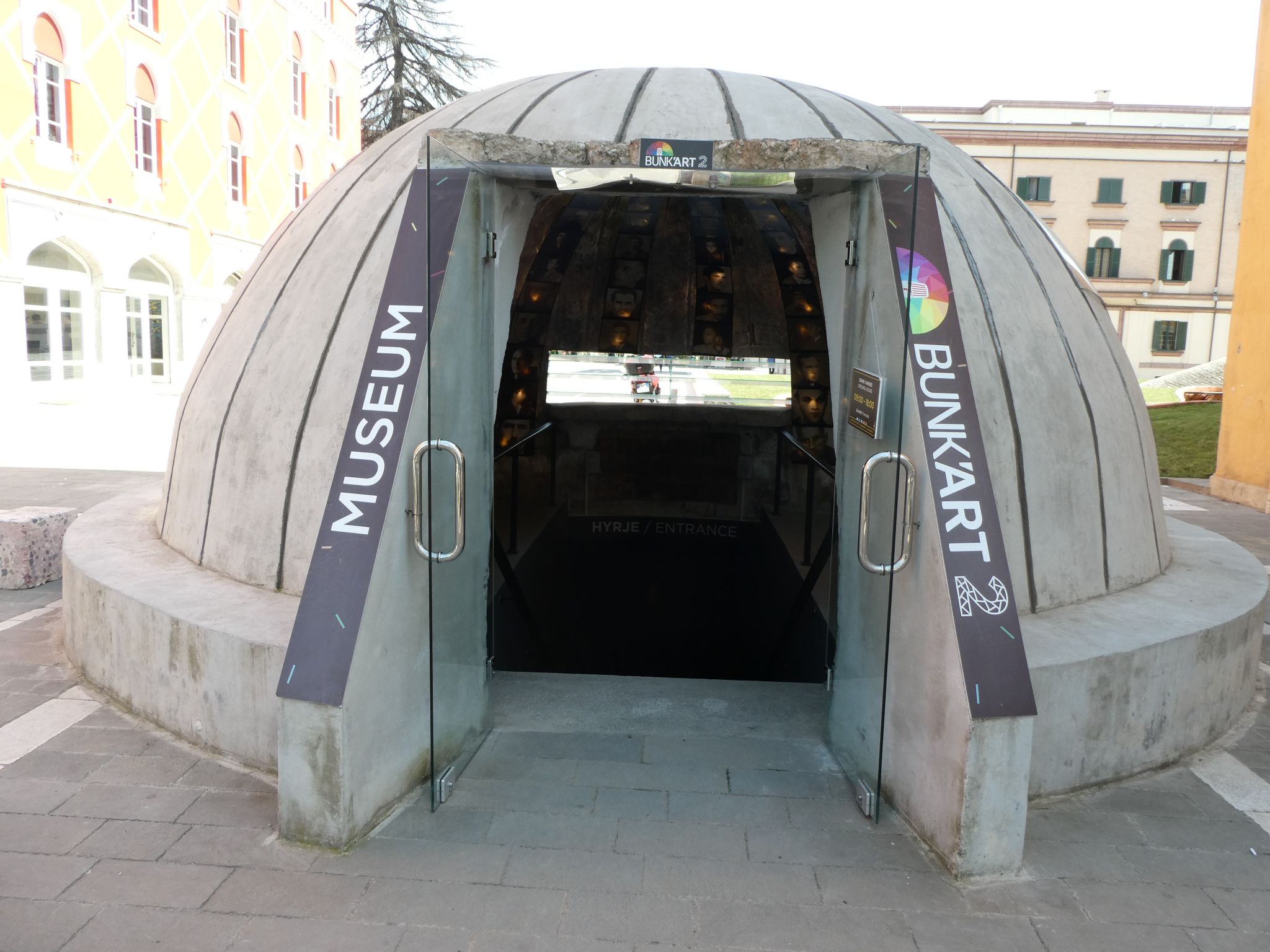 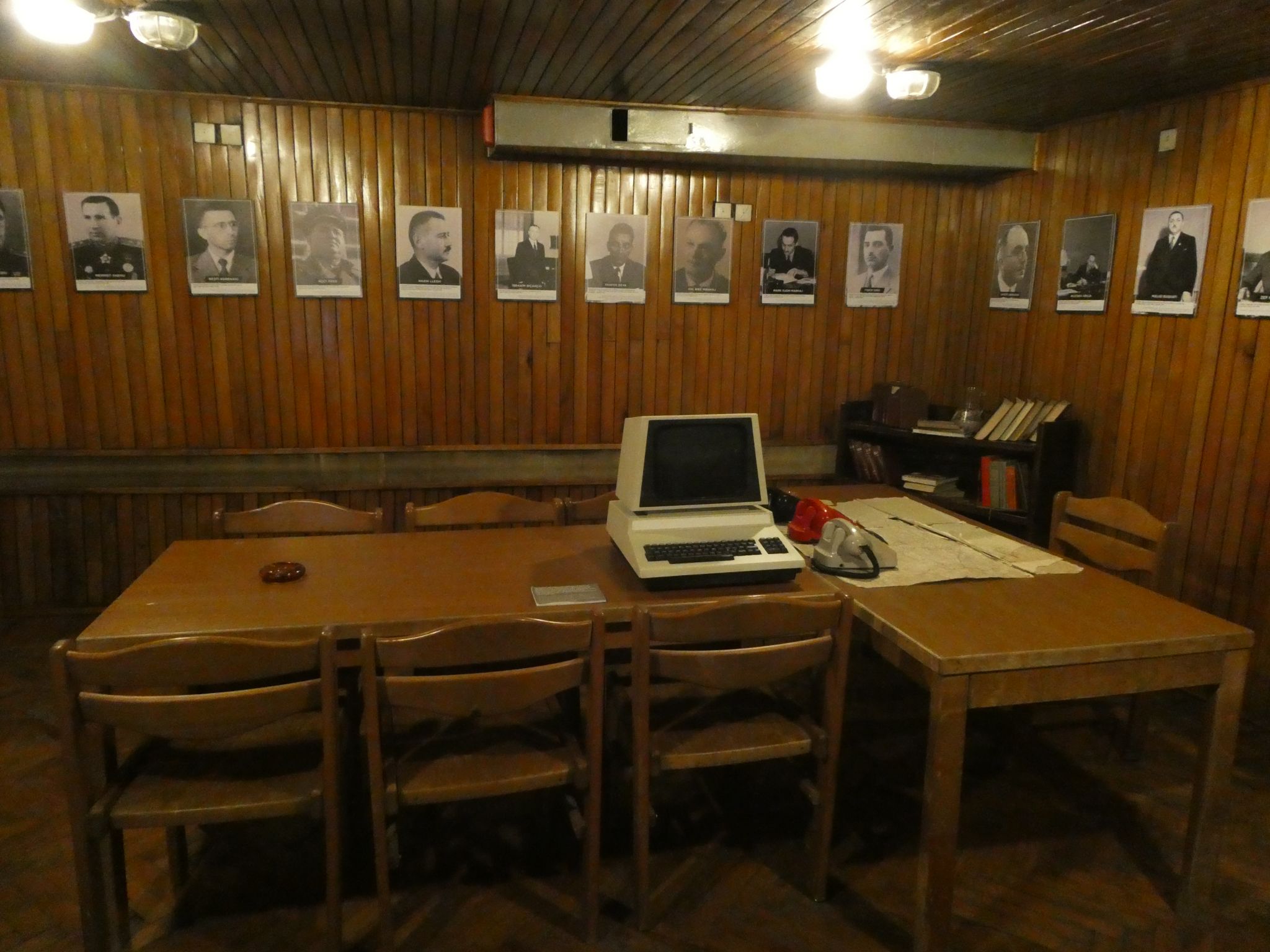 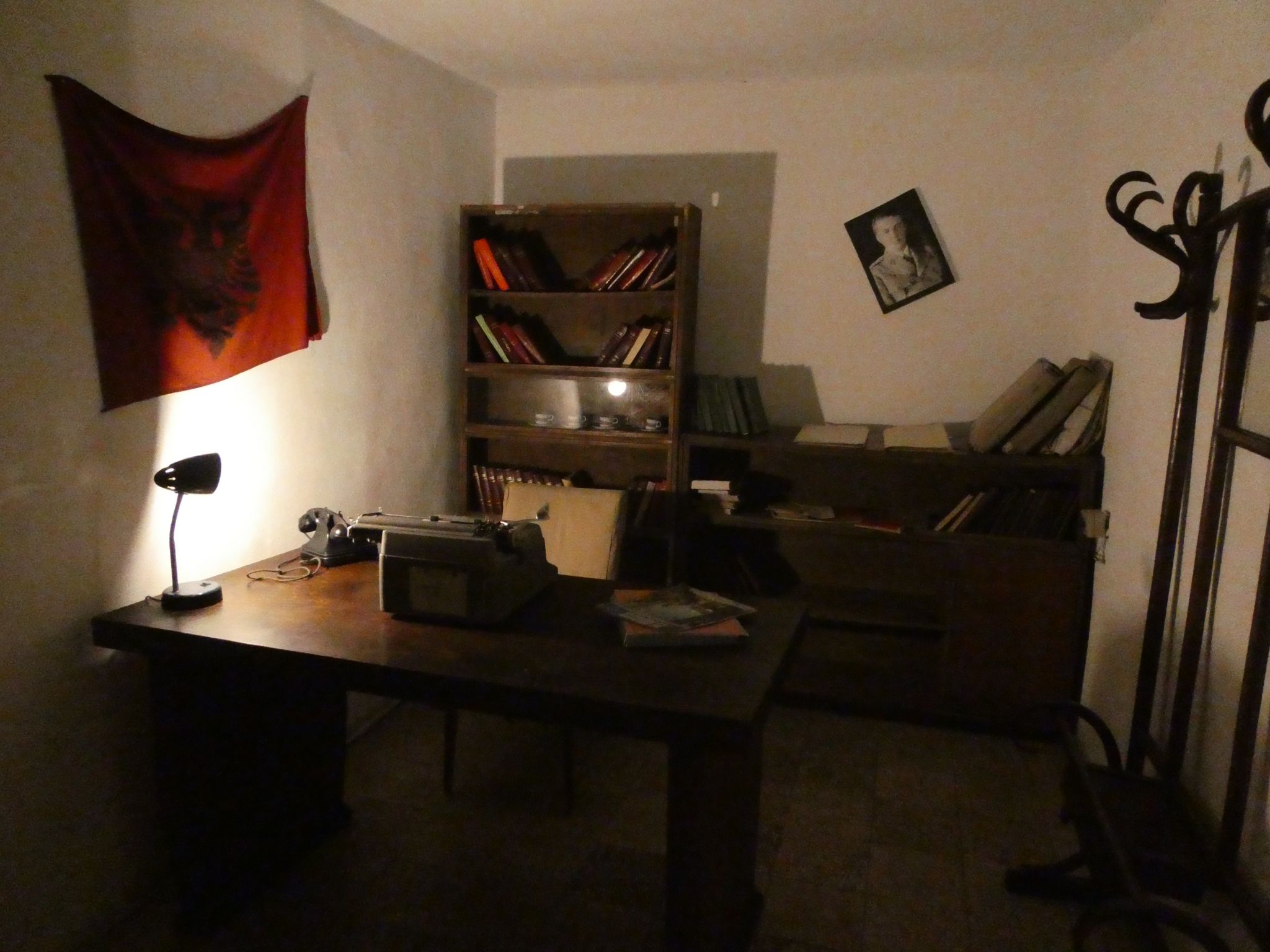 The mausoleum of Enver Hoxha resembles a pyramid and has proven to be about as indestructible as the bunkers.  It was designed by his daughter, who seems to have inherited his taste for the grandiose.  It was attacked during student protests in 1990 and he was moved.  Bizarrely, the building then served as a conference centre.  Following the fall of communism it was used as a radio station.  Now it is derelict but is still promoted as a ‘must see’ sight in Tirana. 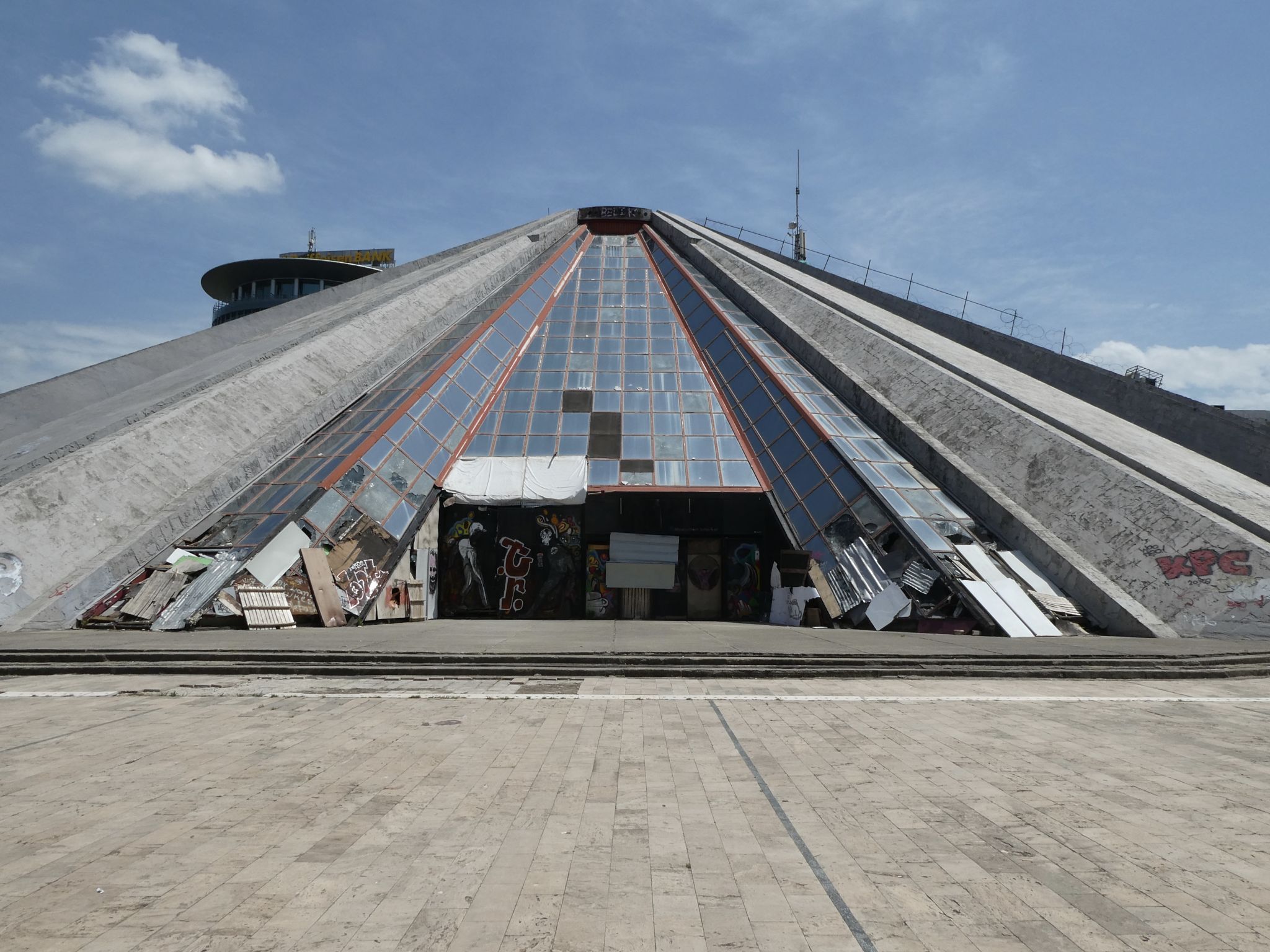 Speaking of pyramids, in the late 1990s a large number of Albanians were flung back into poverty after the failure of investment schemes heavily promoted by the post-communist government which turned out to be pyramid schemes.

Fred C Abraham’s wrote in his book  Modern Albania: From Dictatorship to Democracy in Europe, that when the then Deputy Prime Minister arrived by helicopter at a gathering of disgruntled protestors at a football stadium to listen their complaints “he was beaten so savagely with a leek that he sheltered in the club’s changing room with a troupe of puzzled bodyguards”.

Wow.  Those Albanians really know how to mete out rough justice.

Hoxha’s house in Tirana is not open to the public, but part of it has been converted into a gallery space.  An obscure exhibition marking the Pan-National Year of George Castriota-Skanderberg was on offer.  It seemed to be a collection of centuries-old manuscripts from other European countries mentioning Albania.

Feigning a desperate interest in Albania’s significance within the rest of Europe in the 15th and 16th centuries, we managed to convince the scary man with the curly wire coming out of his ear to let us in.  The exhibition, of course, was meaningless to us given the exhibits had no English language explanations, but it gave us the opportunity to see the inside of the house.  He may have been a despicable despot, but Hoxha had great taste.  It was like something straight of Mad Men with a touch of Frank Lloyd Wright thrown in. 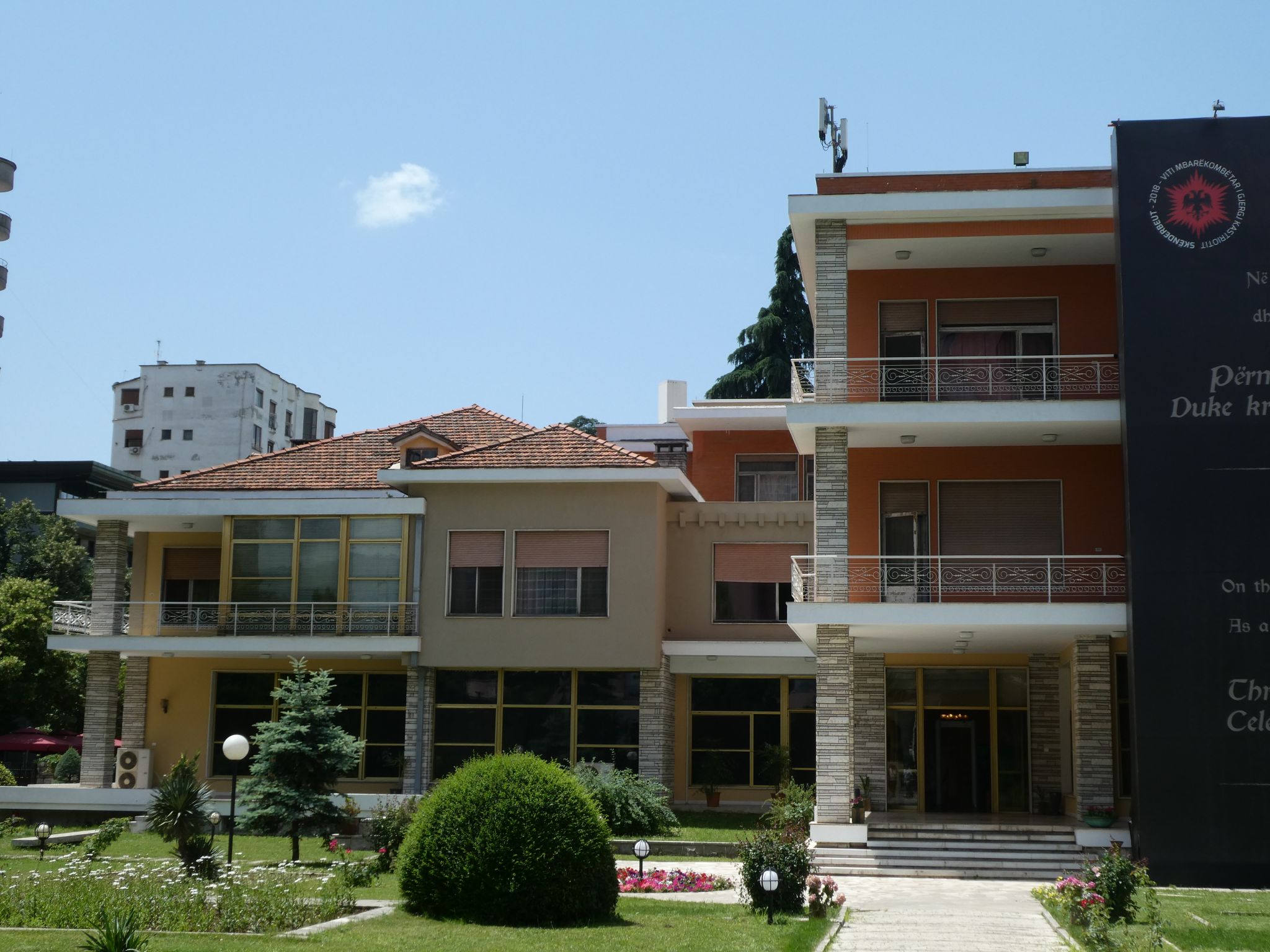 During the isolationist years, the neighbourhood was exclusively for families of the ruling elite and was off limits to ‘ordinary’ citizens.  With the fall of communism, the neighbourhood has, whether ironically or as a deliberate act of defiance, become ground zero for bars, clubs and restaurants.

But in a park at the entrance to the suburb there is a memorial to the victims of those years, comprising one of the once-ubiquitous small, mushroom shaped bunkers, a 2.6 tonne chunk of the Berlin Wall donated by the city of Berlin, and concrete pillars from a mine at Spac where political prisoners were incarcerated and forced to labour.  The installation is the work of a former policital prisoner of Spac and a notable Albanian painter, Ardian Isufi. 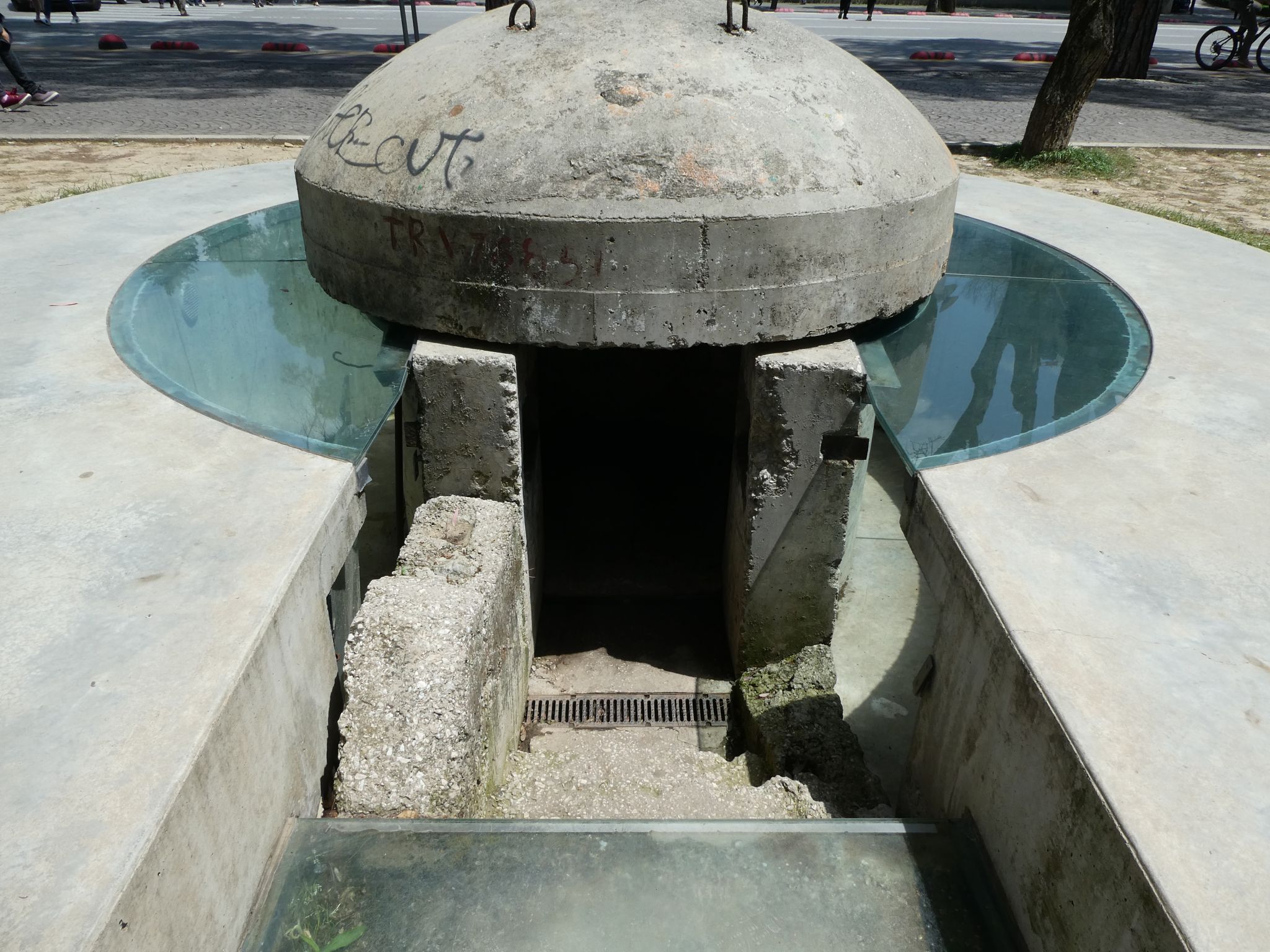 Other bunkers in the park have been given a make-over by more local artists. 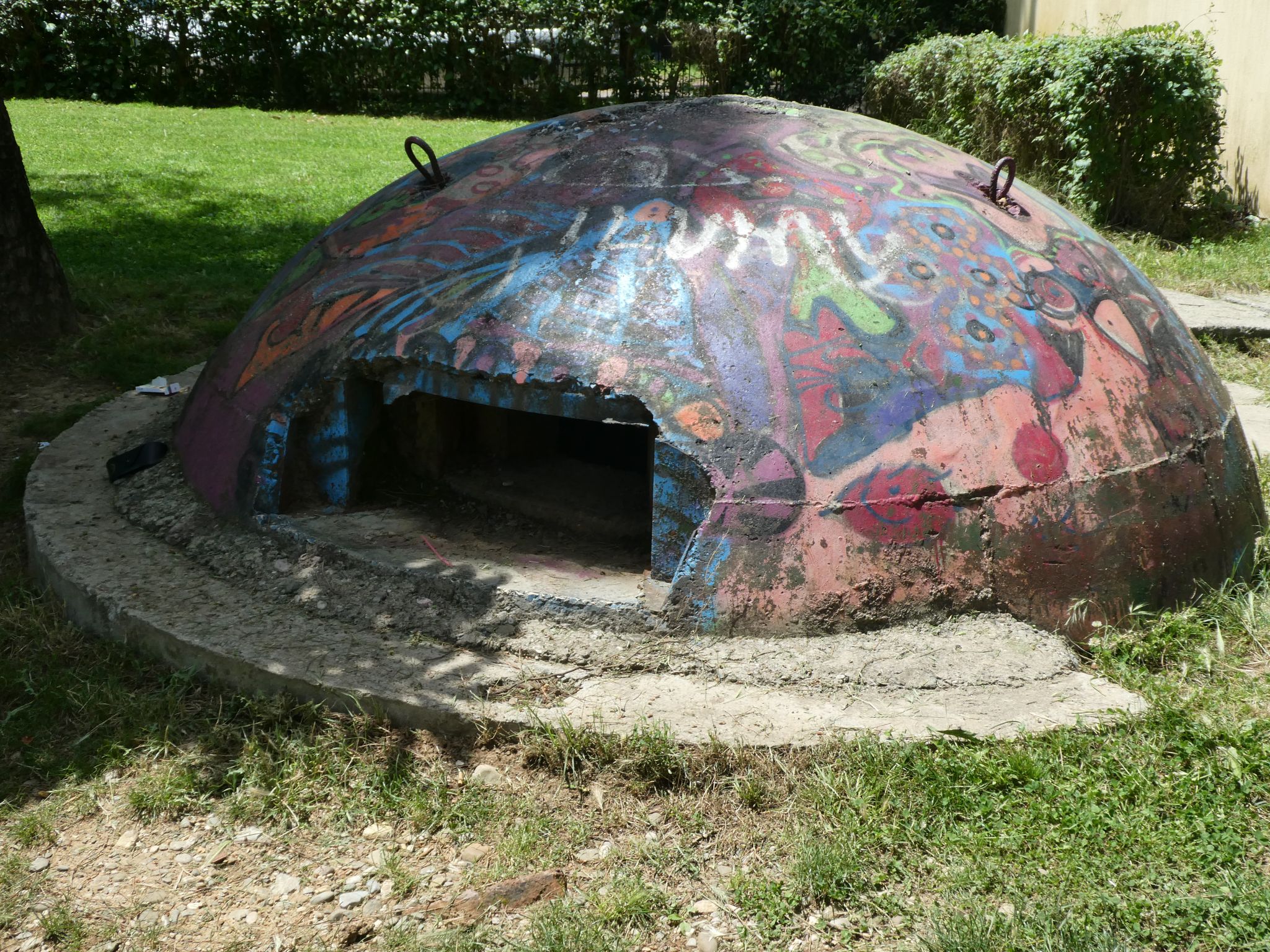 There have been real efforts to brighten up some of the drab buildings of the era and add a bit of street colour. 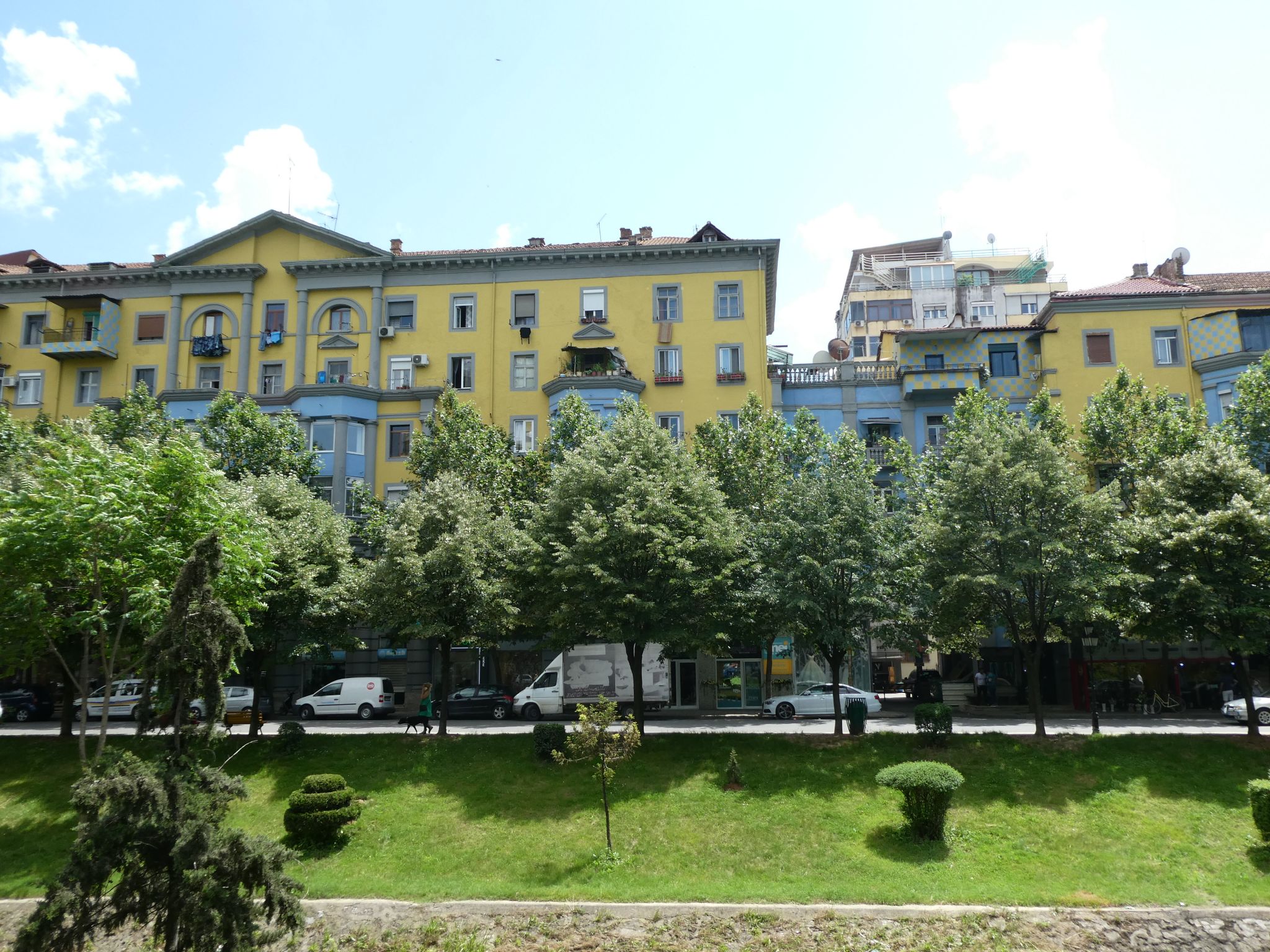 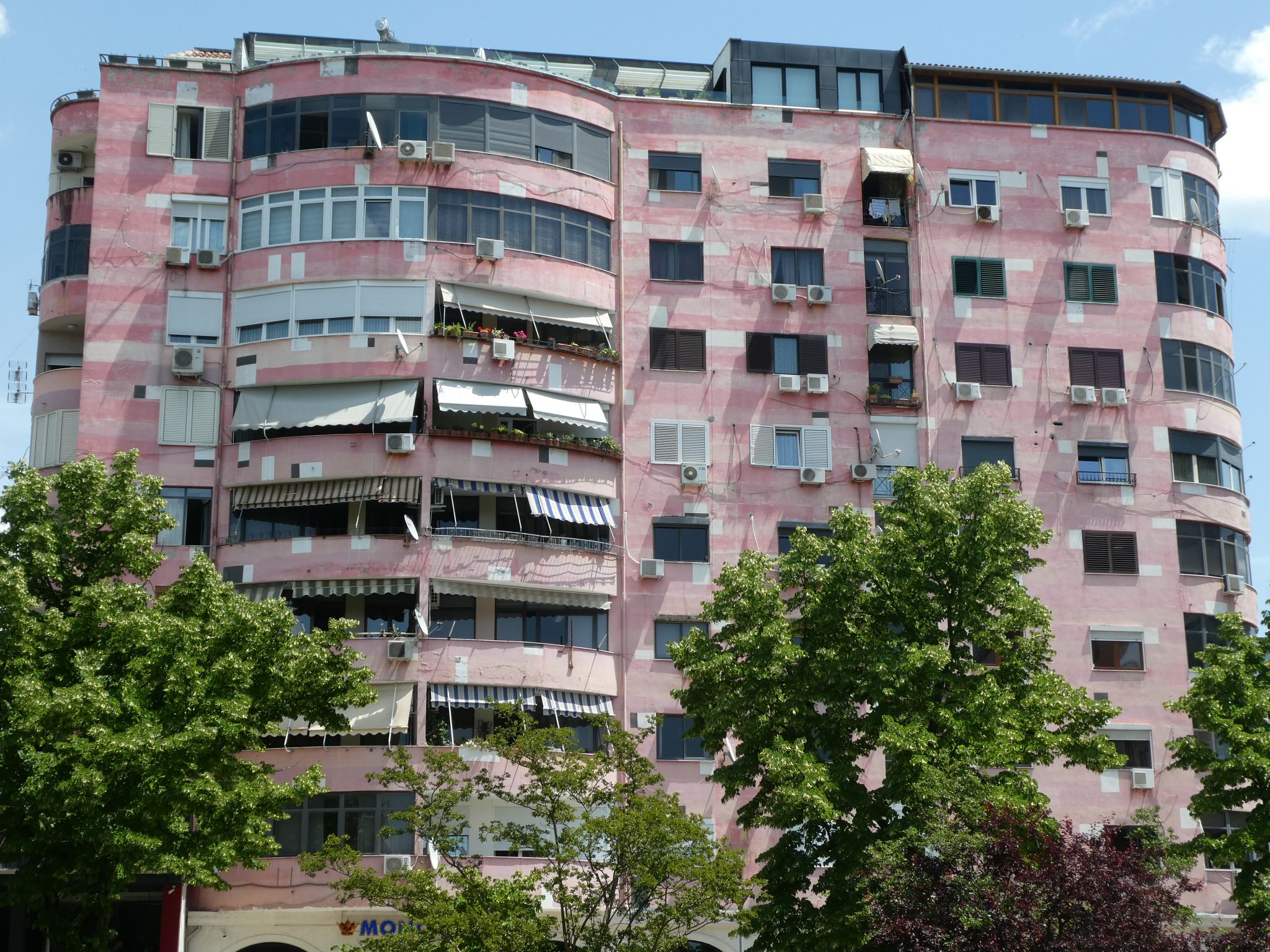 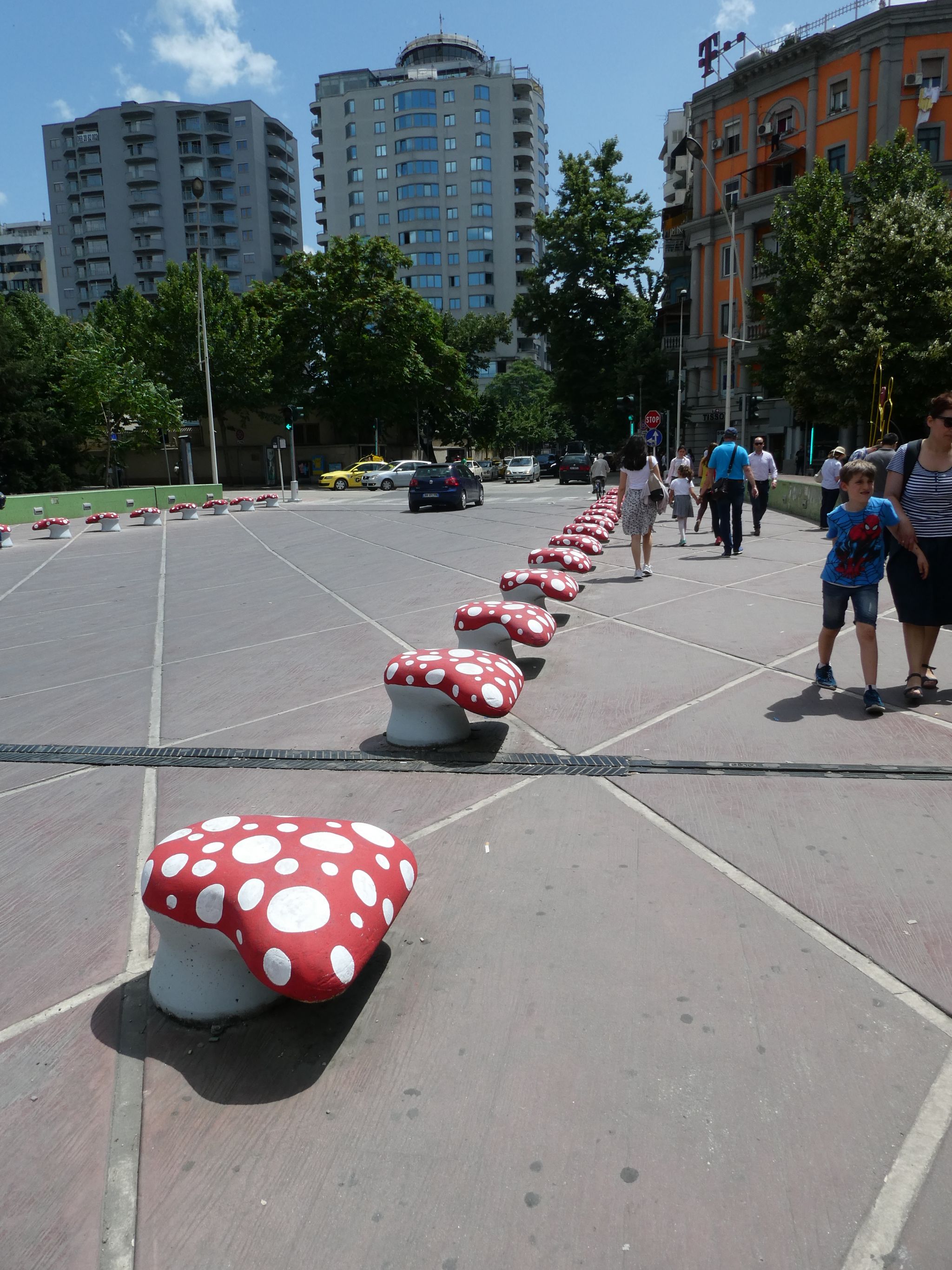 Mother Teresa gets puzzling prominence.  She was born in Skopje, then part of the Kosovo Villayet of the Ottoman Empire and now part of Macedonia.  She lived in Skopje until early adulthood, and thereafter lived in Ireland and then India.  Ok, so ethnically she was Albanian.  But no connection to Tirana that we could ascertain, other than causing eyebrows to be raised when, in 1991, she visited Albania and laid a wreath on Hoxha’s grave.  Nonetheless, the city’s second largest square, its largest hospital and the international airport are all named after her.

Perhaps ironically, there used to be a statute of her in the square but it was removed in 2014 as part of renovation works ahead of the visit of Pope Francis. 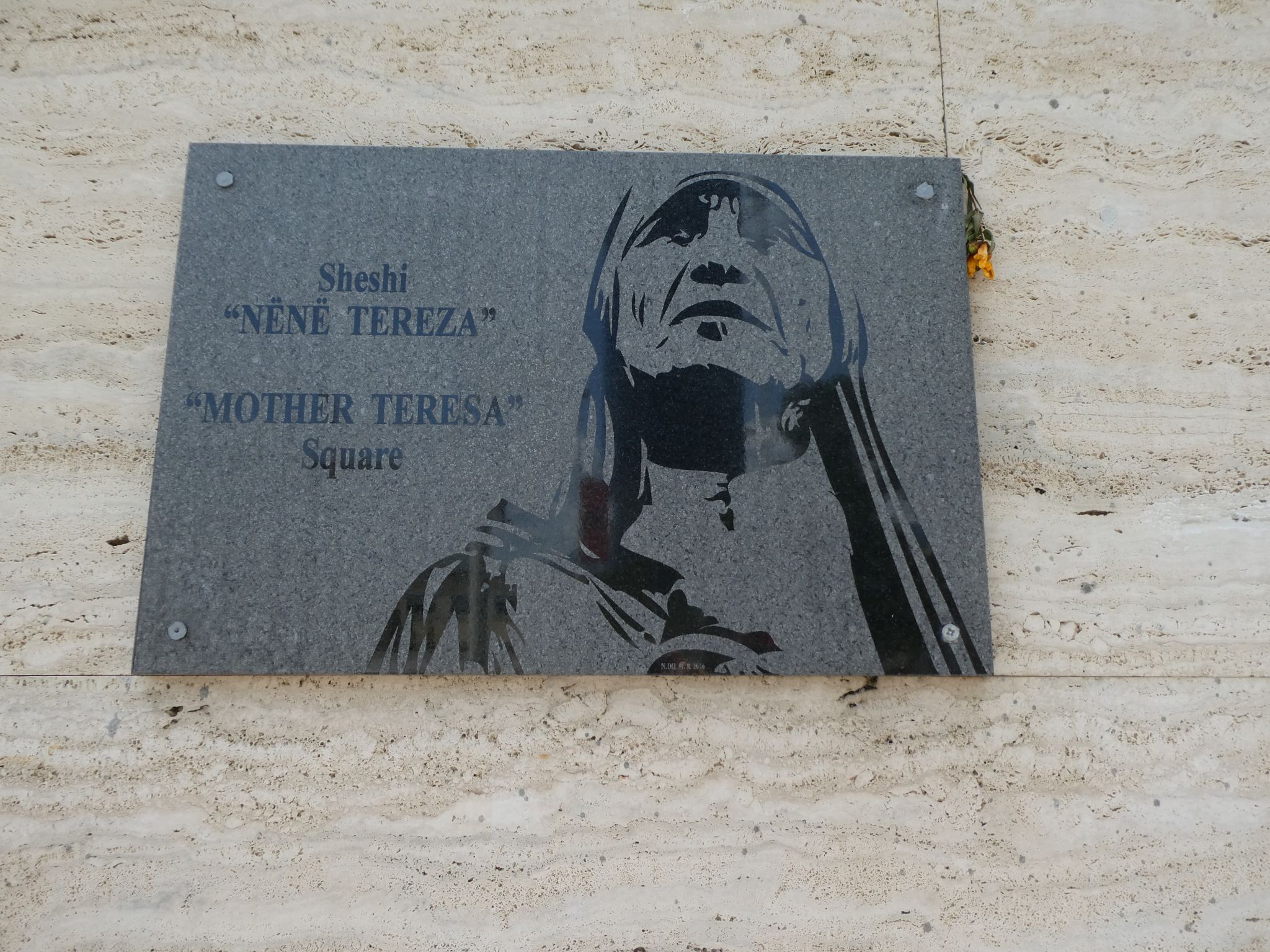 There is a real cafe culture here, good restaurants and a buzzy vibe.  The image which persists for some, of a drab society struggling to leave the 1970s behind, is quite incorrect.  It must be said, though, that they could benefit from some up to date fashion advice. 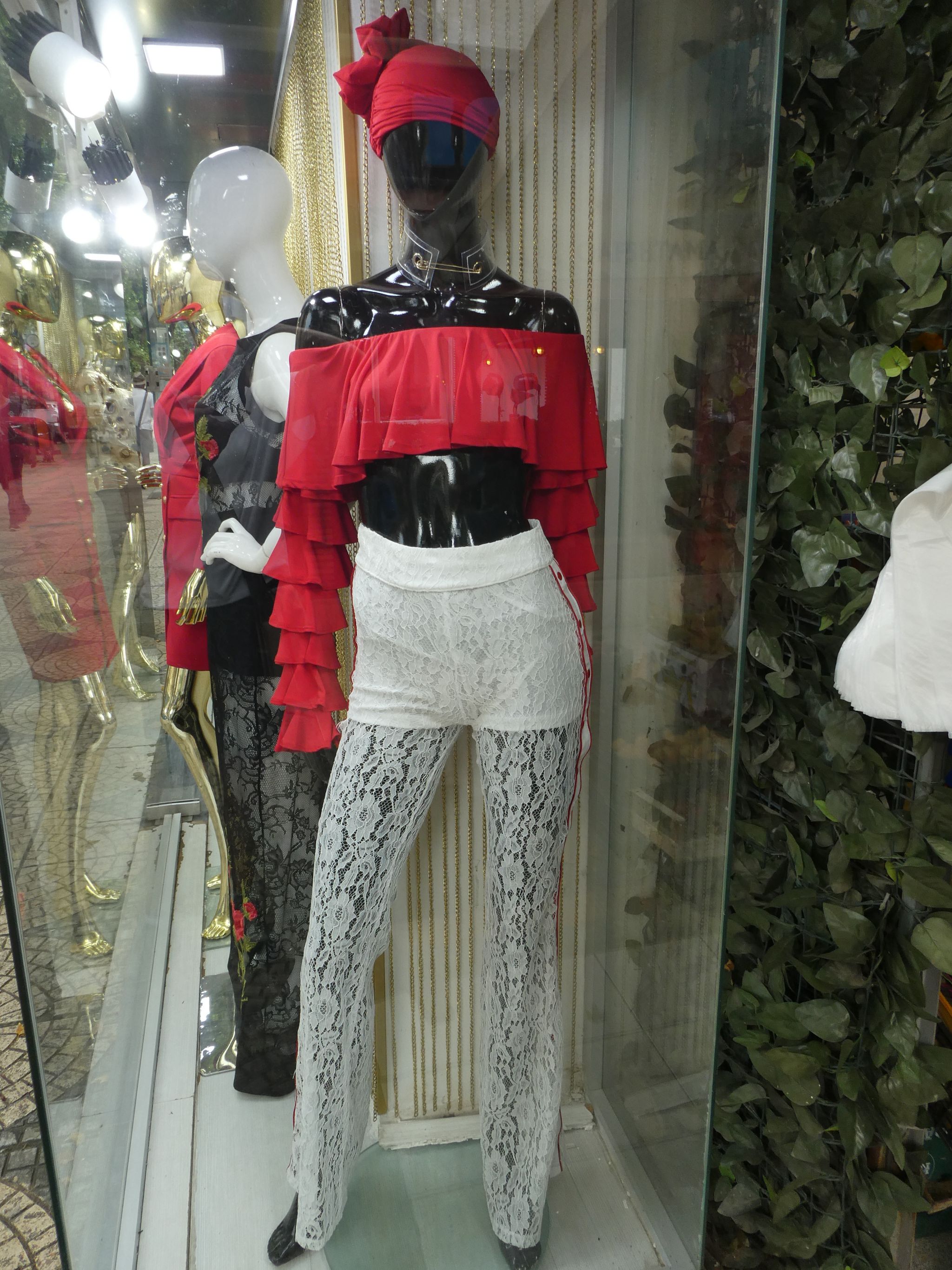 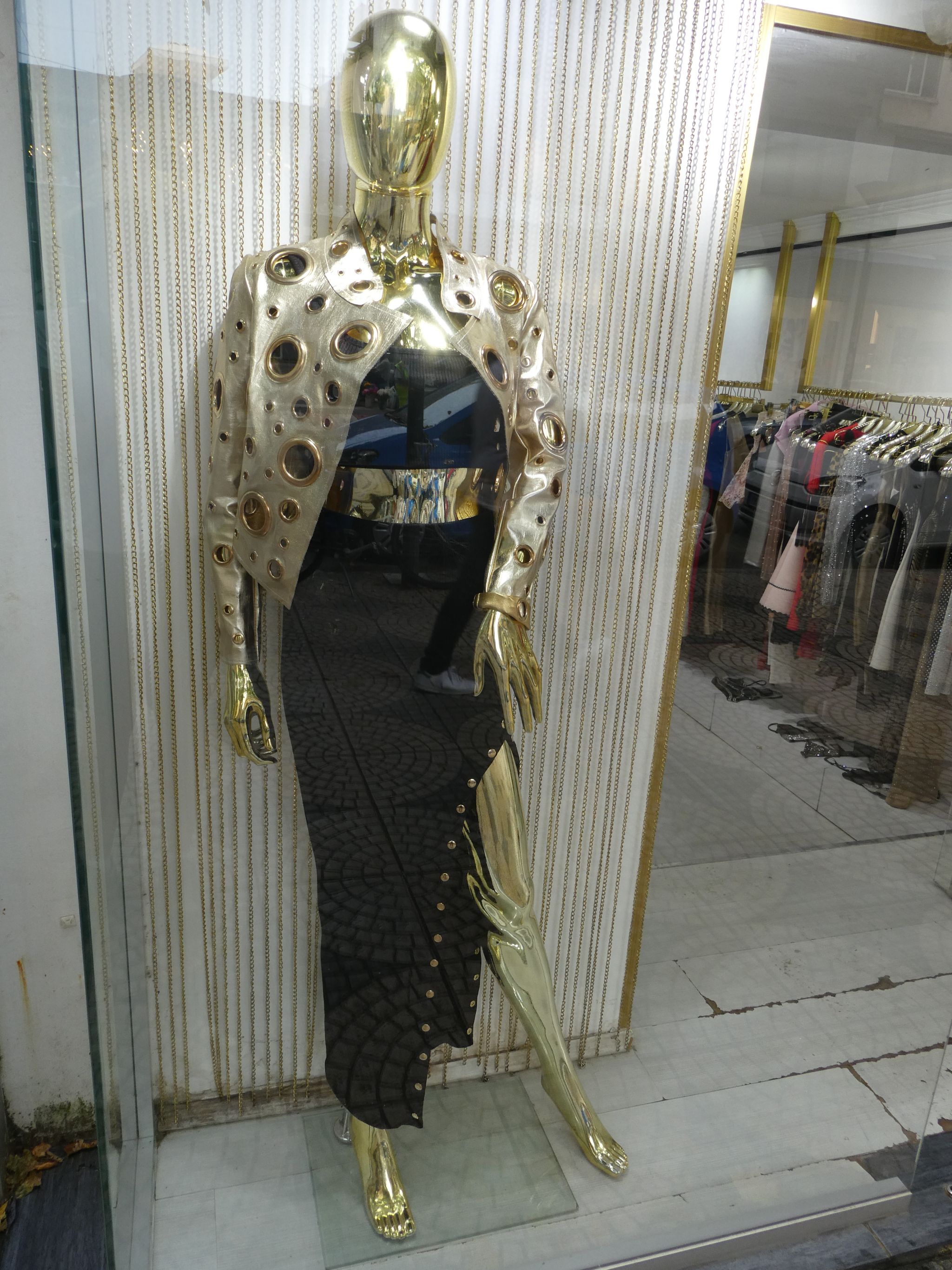 With the fall of communism, the massive statutes of Lenin, Stalin and others of their ilk which had so dominated public spaces in Eastern bloc countries were rapidly, enthusiastically and comprehensively destroyed or dismantled.  It’s difficult to find any such statutes anywhere.

Tirana, however, has a small stash of them hidden away in the grounds behind the National Gallery of Arts.  They are not in great shape, but they are still completely recognisable. 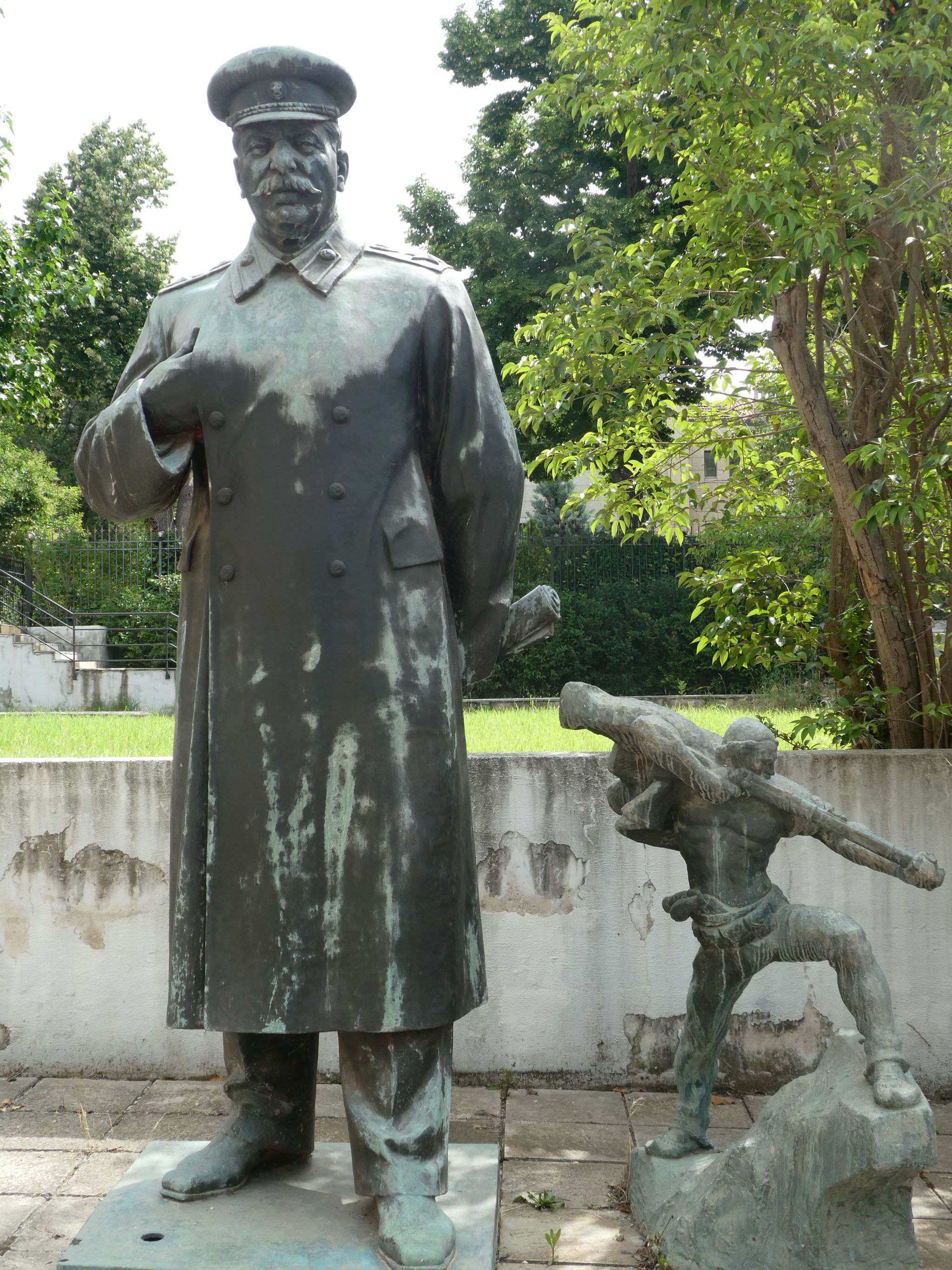 Tip if you are looking for these:  you don’t have to go into the gallery.  Facing the building, walk to the right hand end and around the building.  They are at the back and not fenced off.

Tirana was our last stop in Albania.  We had hoped to do a trek in the Accursed Mountains but enquiries with a local operator confirmed the high pass was still snow bound and not able to be traversed, so we headed to Lake Ohrid in Macedonia instead.   No problems with snow there at this time of year.