“We like goblinses, batses and fishes.  But we haven’t tried Hottibses before.  Is it soft?  Is it juicy?” (The Hobbit, JRR Tolkein).

As Lord of the Rings fans would know, Gollum lived on an island on an underground lake beneath the Misty Mountains, and this was his conversation with himself as he pondered whether to eat Bilbo Baggins or help him find his way out.

So when we heard of an island named Golem Grad, we had to go.

The island is on Lake Prespa, which is at the intersection of the borders of Macedonia, Albania and Greece.  Macedonia and Albania get along quite fine.  Macedonia and Greece, not so much.   At the time of our visit, Greece and Macedonia had been in mediation since 1994 as to whether Macedonia should call itself Macedonia or, as the Greeks assert, Northern Macedonia or some equivalent.  Fourteen years mediating a name change?  But this is genuinely a big issue for some.  Both in Ohrid and in Skopje we met people who were very passionate about it.  (Post-script: An in-principal agreement was reached between the PMs of the each country a few weeks after we left, but time will tell if this is accepted by their respective countries).

Fortunately for us, Golem Grad is squarely within the Macedonian part of the lake.

Golem Grad is Macedonia’s largest island.  But remember, Macedonia is a land locked  country and islands are at rather a premium.  Golem Grad is a mere 600 metres by 350 metres in size.

As we approached the island, we saw significant colonies of pelicans. 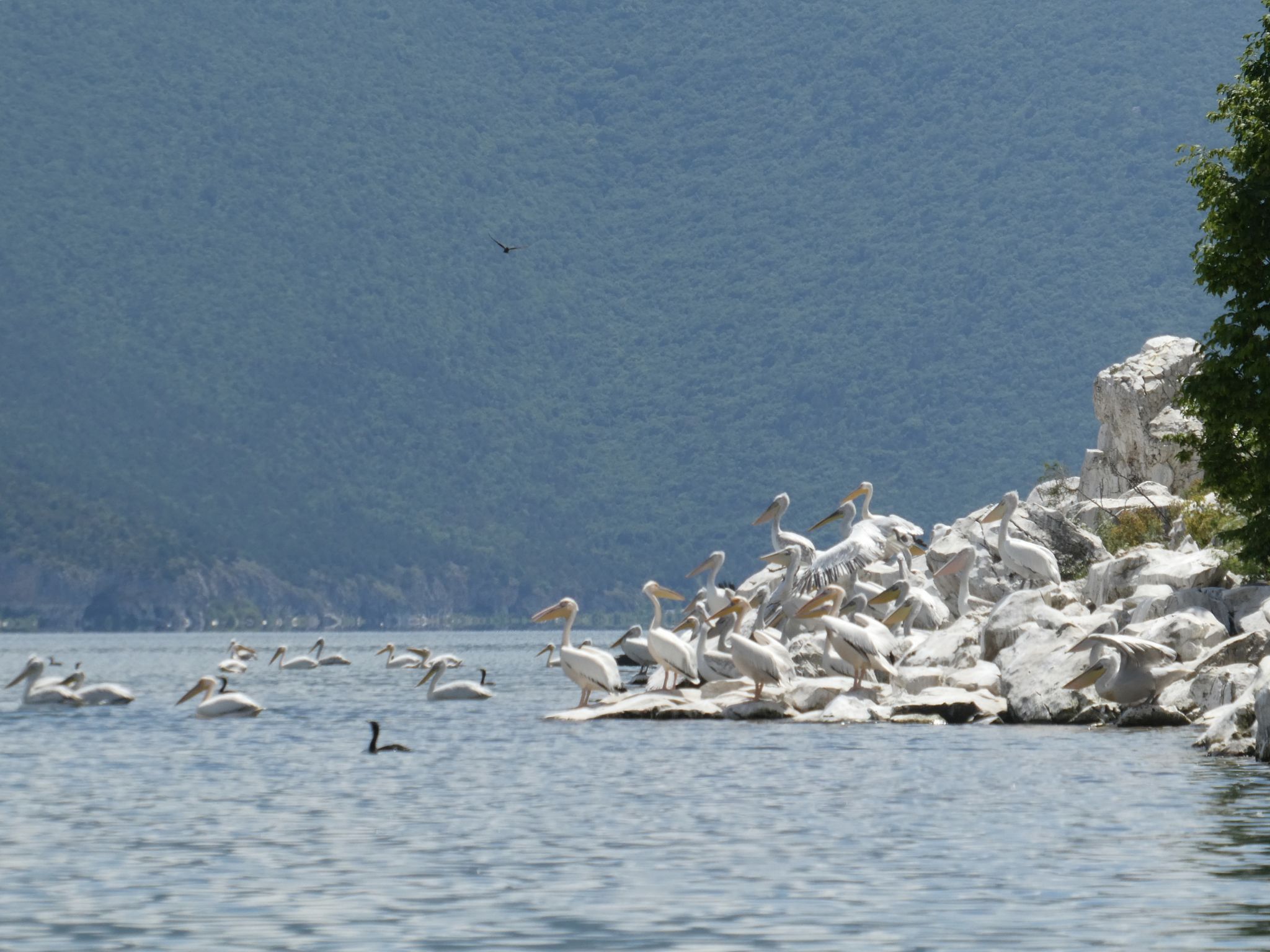 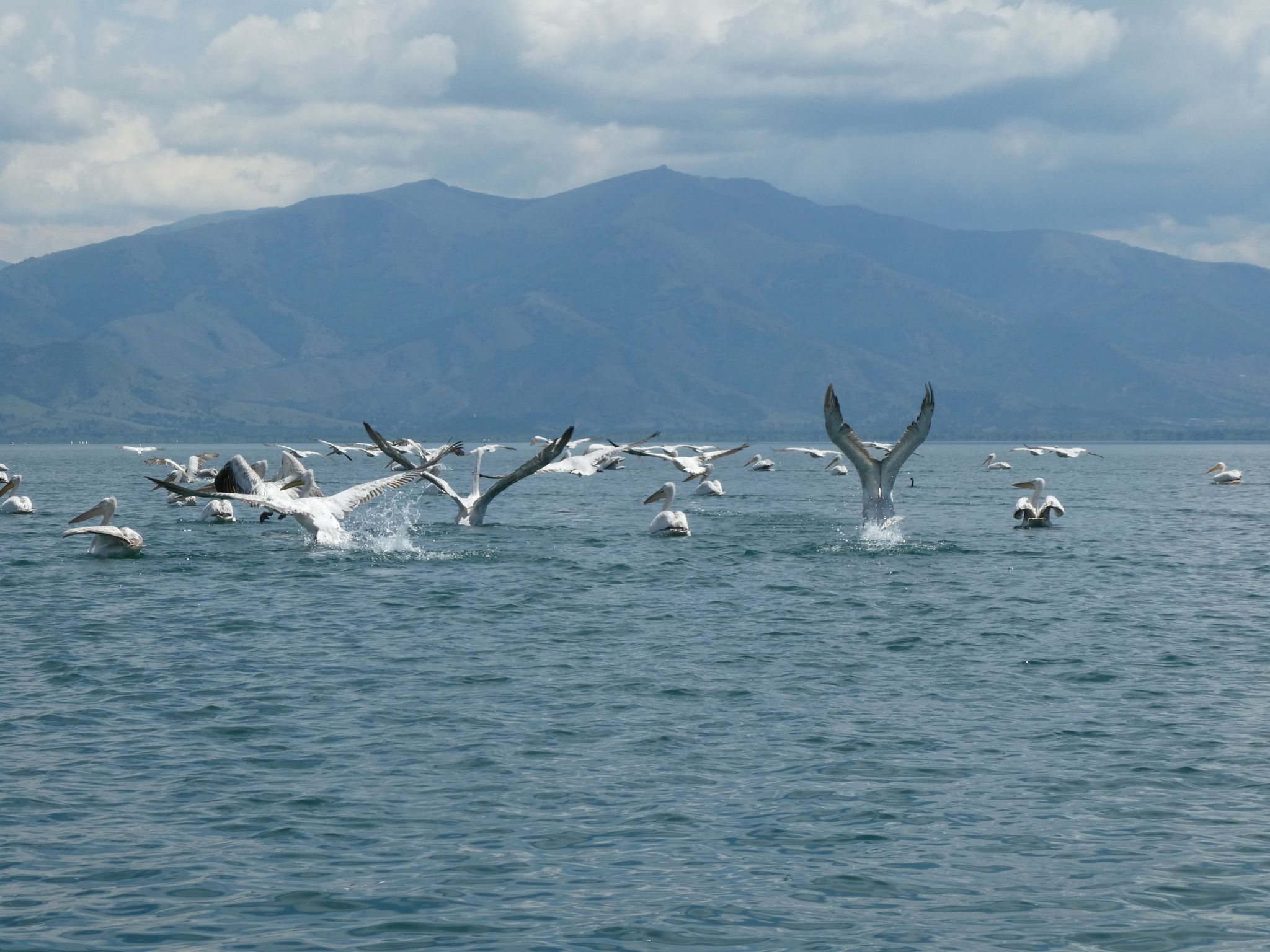 There are also many black cormorants and it was nesting season. 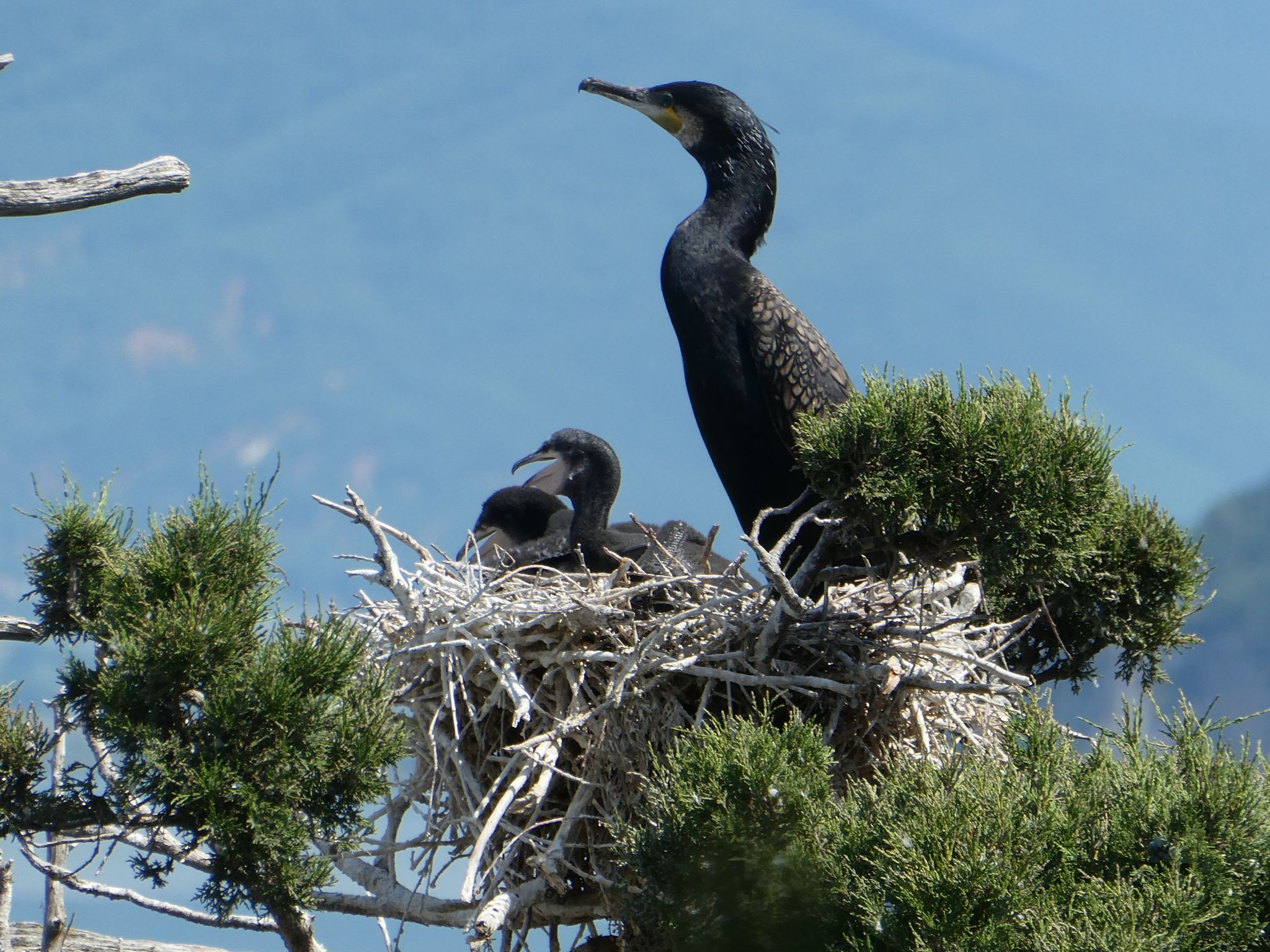 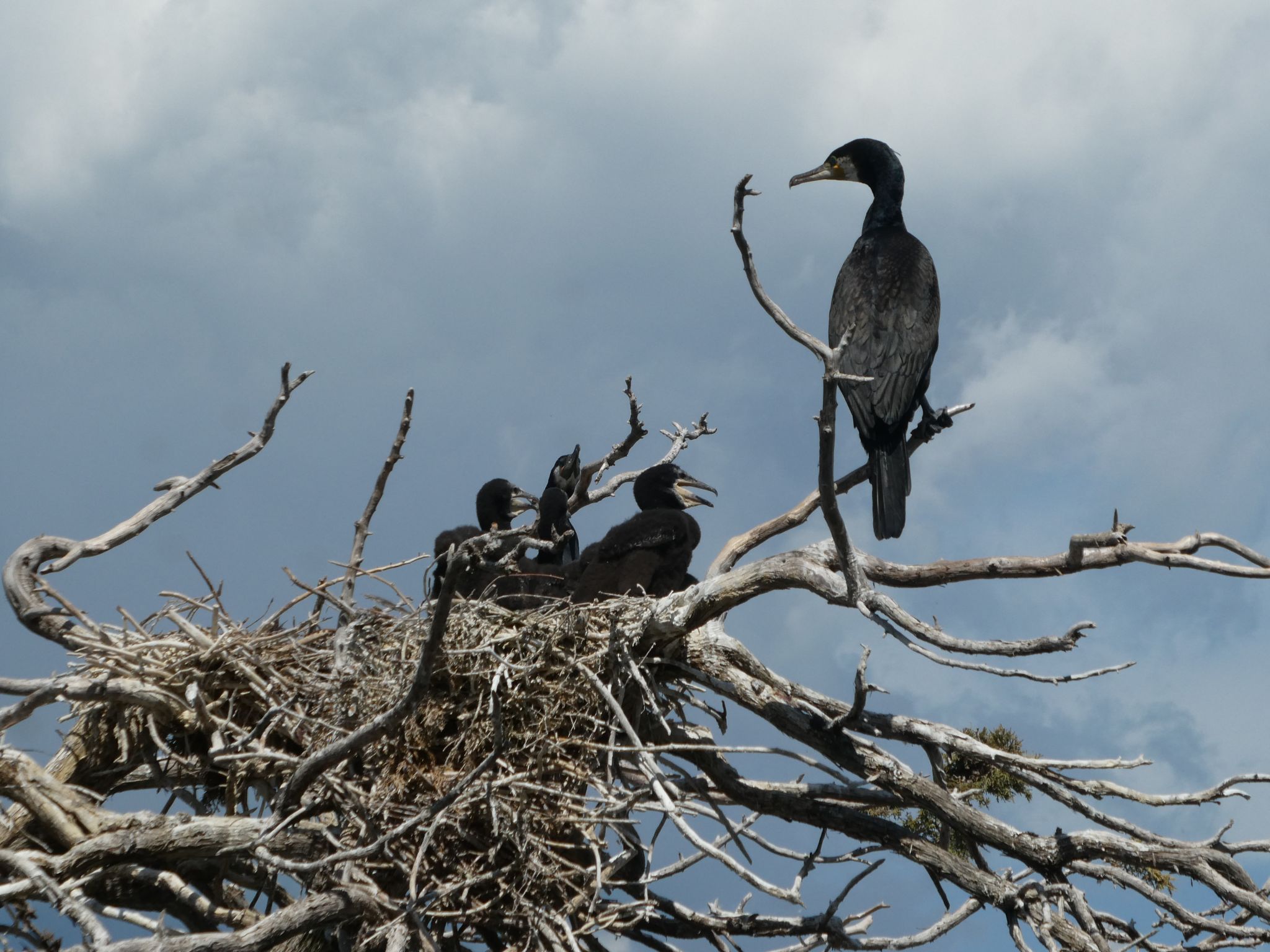 There were also herons. 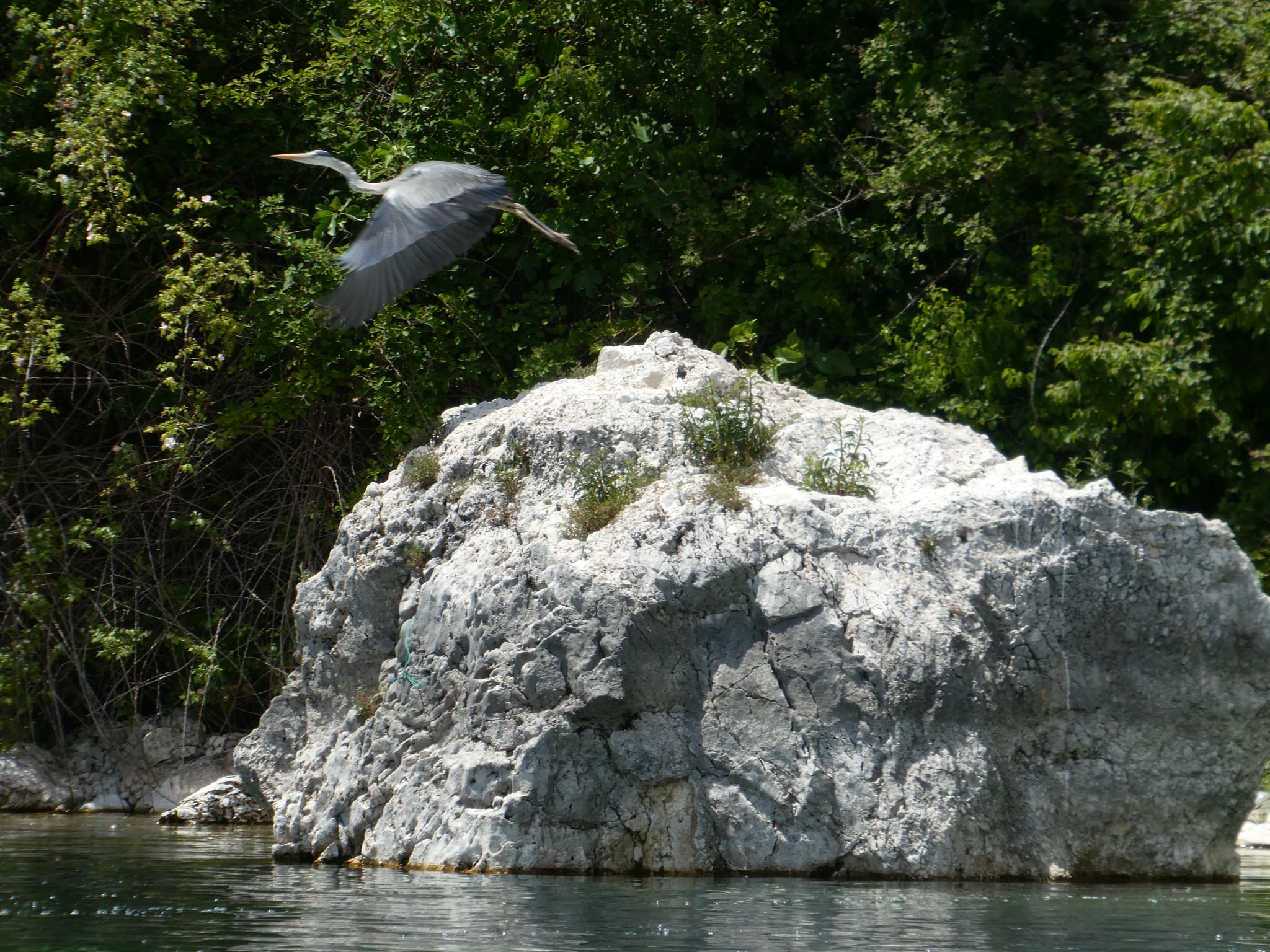 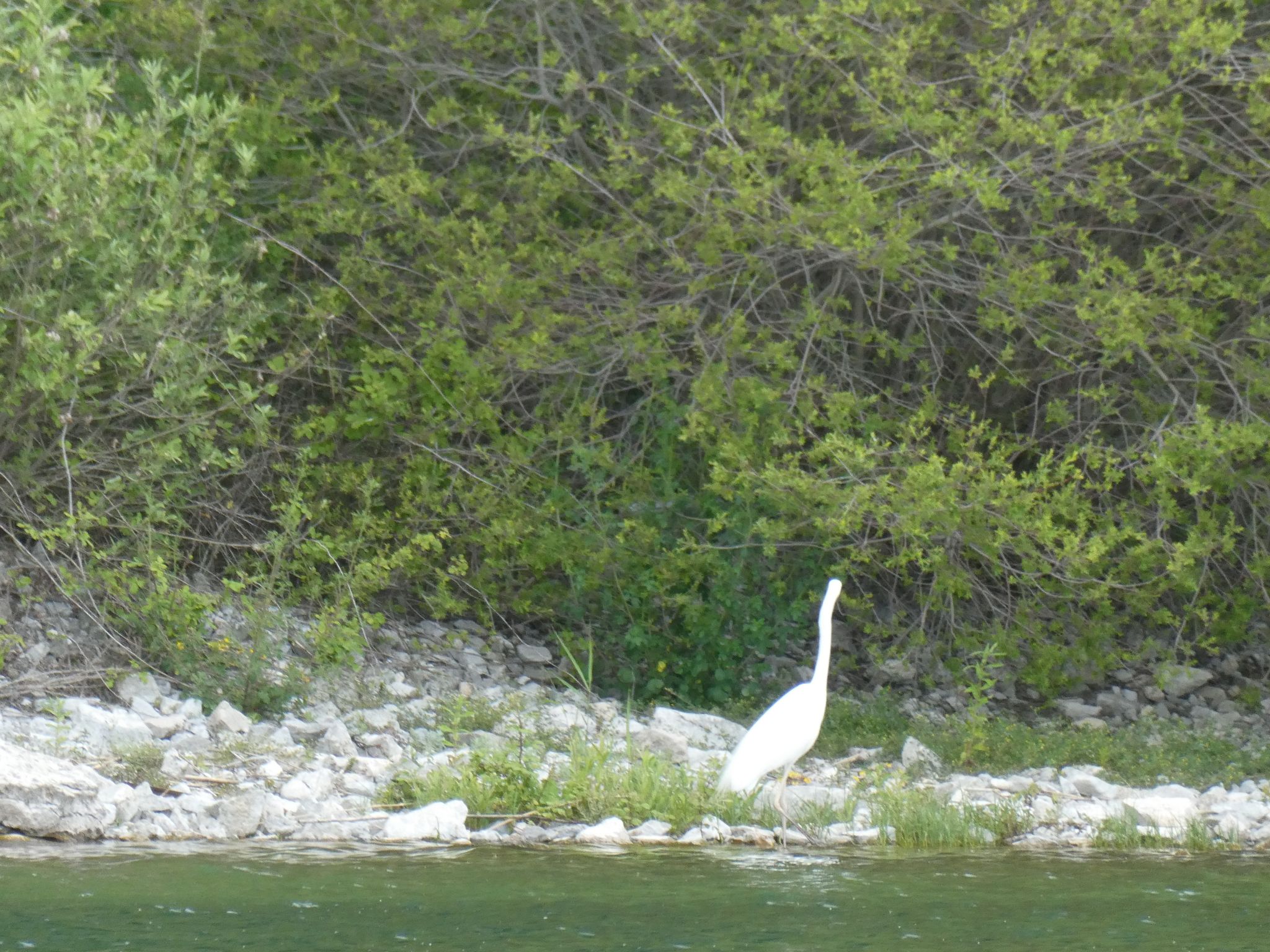 And the occasional land based animal. 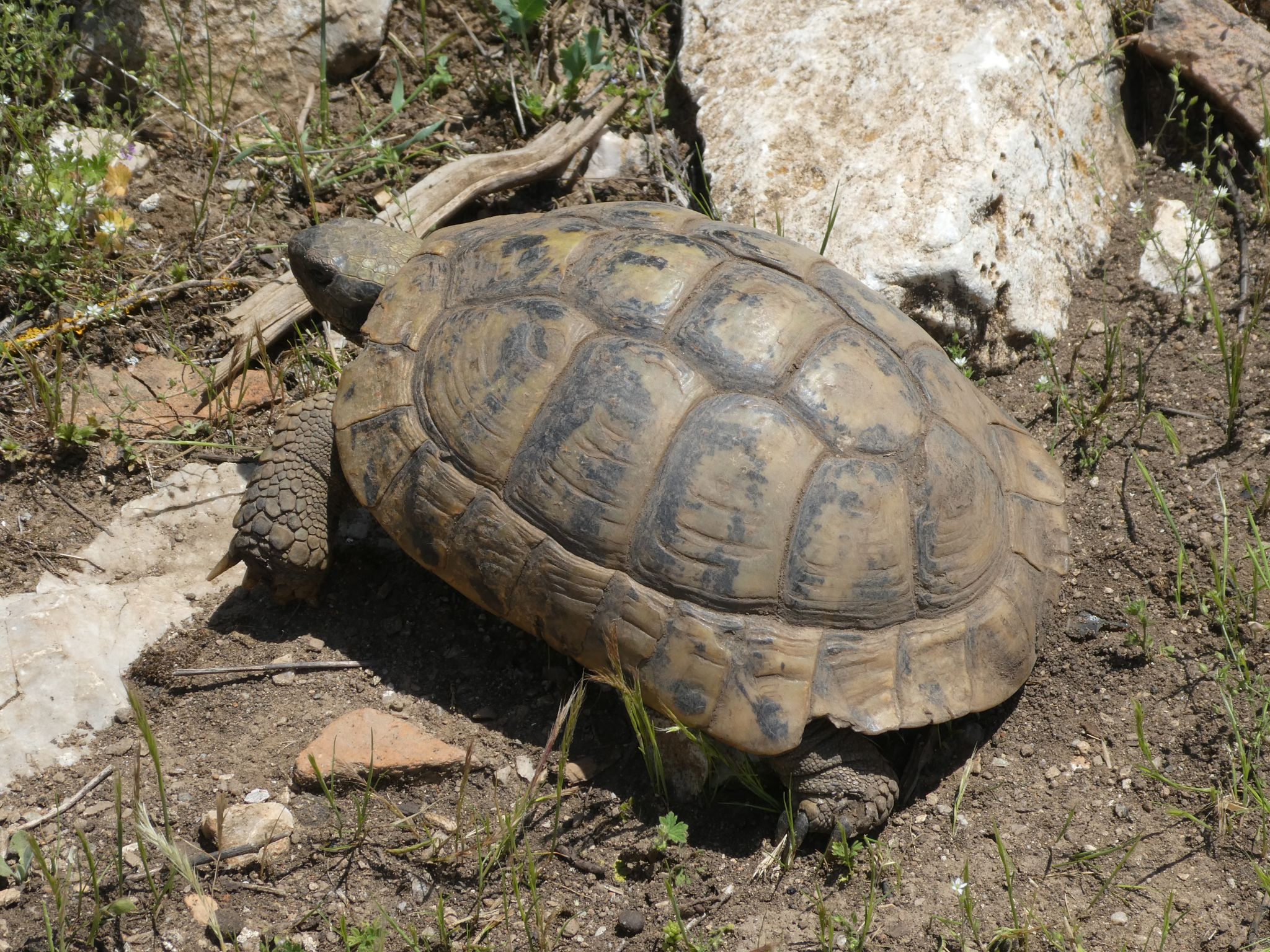 The island is known to locals as the Island of Snakes, as it used to be absolutely over run with them, but for reasons unknown, the snake population has declined rapidly in the last few years to the extent that they are now only rarely sighted.  There are both venomous and non-venomous.  We saw only the non-venomous kind. 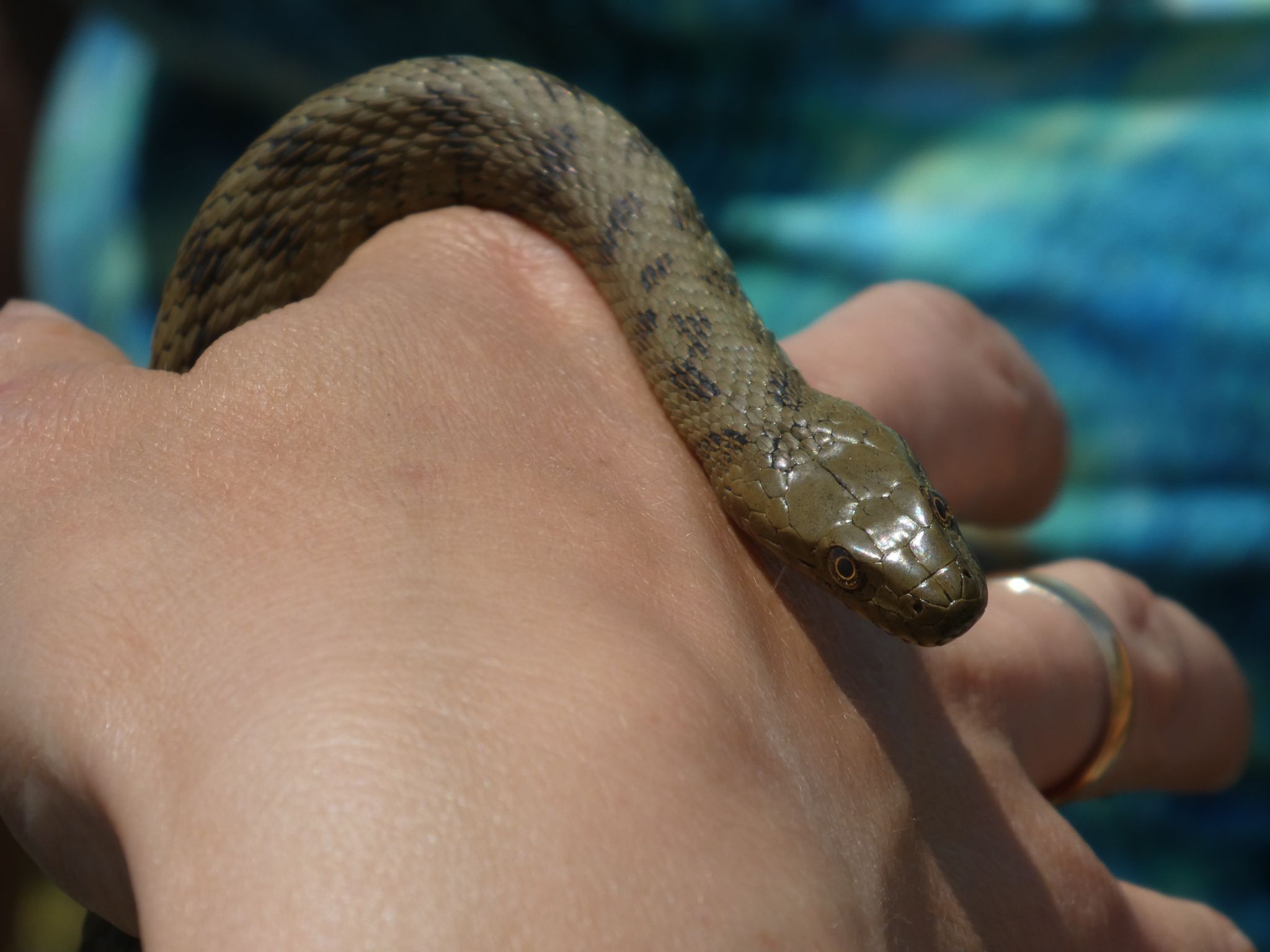 Some of the island looked a bit Tolkeinesque. 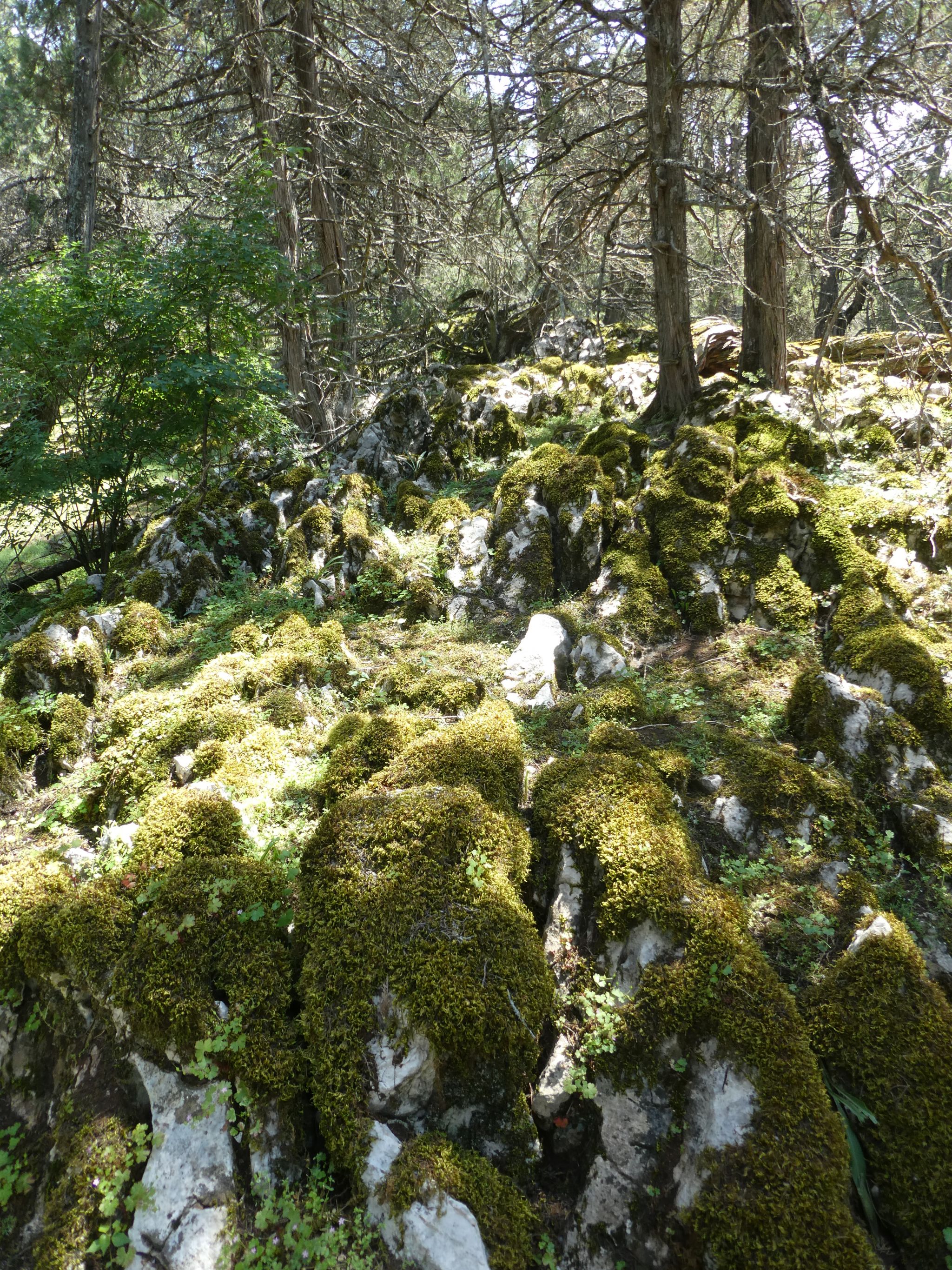 Alas, we didn’t see any goblins or hobbits, but it was still an interesting trip.  Although perhaps the biggest surprise of the day happened on the bus on the way back to Ohrid.  A song came on, sung in Dutch.  The tune was familiar.  The Dutch tourists on the bus began singing along enthusiastically.  What was it? We hummed along.  And then, ka-ching.  The penny dropped.  It was one of our favourites, The Train They Call the City of New Orleans, a hit for Arlo Guthrie in the 1970s and Willie Nelson in the 1980s.  It was recorded in Dutch in 1973 as The Nice Summer is Over, apparently.  Who’d have thought.