When the Lonely Planet lists a weekly local cheese market as one of the six ‘highlights of the country’ – yes, not the town, the whole country – you have to ask yourself whether:

(a) there’s something exceptional about this cheese;

(b) there’s really not much to do in this country; or

The cheese market is part of a small green market.  Every Saturday, local farmers bring cheese to the market and it’s sold.  Simple.

We happened to arrive in Peja on a Saturday, but it was after 4pm and we thought the cheese market would be finished so we didn’t seek it out.  But wandering through the old town area, we went down a lane and suddenly encountered an incredibly pungent smell.  We followed the aroma.  Hidden away, there it was.  The fabled cheese market.

Unlike French cheeses, it isn’t the case that the smellier the cheese, the more robust the flavour.  The cheeses are generally quite mild.

They were packing up, so we didn’t see the market in full force, but it was interesting to see this little remanant of an ancient time, when cheese was still handmade and brought to market in wooden barrels. 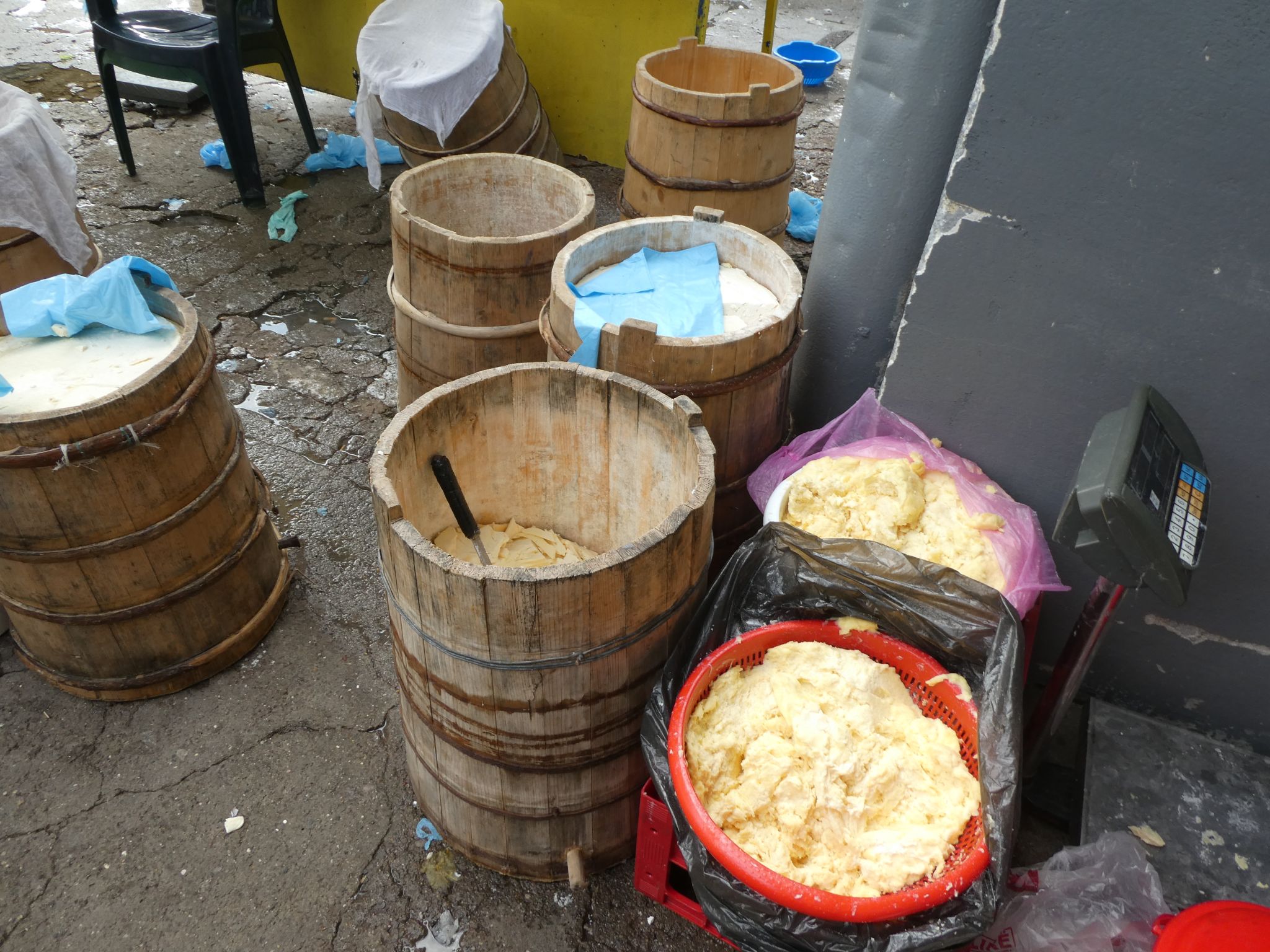 The bazaar dates to Ottoman times.  It was completely destroyed in WWII and was rebuilt, only to be destroyed again during the 1990s war.  Again it has been rebuilt in a style faithful to the original.  It is a market for locals, not much tourist tat here.  But a curiously large number of shops are devoted to ball gowns.  Some were stylish and most were not, but either way we just wondered what use they could be.

Peja is situated close to the Rugova Mountains and is becoming a jump off point for hiking and other outdoor activities, but the main reason for visiting is the Serbian Orthodox monasteries.

Like the rest of the Balkans, the history is complicated.  In a nutshell, in the 1300s, Peja was the Patriarchate of the Serbian Orthodox Church, ie the seat of the Serbian archbishop.  After the Ottoman conquest, the dominant ethnicity in the area came to be Albanian.  Later, power struggles within the church led to Peja losing its status as a Patriarchate in 1766, a status which was restored in 1920.  Two beautiful monasteries dating from the 1300s Patriarchate period hold a deep cultural significance for Serbian Orthodox Christians.

As with Prizren (see previous post) prior to the 1990s war, the population was over 90% Albanian Kosovars, with a very small population of Serbs.  Also like Prizren, ethnic tensions have remained high since the war.

Somehow, both major monasteries survived the war intact, and unlike in Prizren were not torched in the 2004 violence, but the risk of damage must still be deemed high, as they remain guarded by the UN KFOR.

The stunning Decani Monastery is located in the countryside about 15kms from Peja.  To get there, we caught a bus to the village of Decani and then it’s a 2km walk on a road through semi-rural and forested areas.  Security is very tight, including road blocks, armoured vehicles, watchtowers with search lights, and security checks 1km out and again at the gate.  Visitors must surrender their passport before being let in.

In contrast to the troubled times it which it survives, the monastery is an oasis of calm.  The grounds are meticulous and the interior has been painstakingly restored to all its original glory.  UN peacekeepers do rotating six month stints here.  It was the Austrians at the time of our visit, and a new team was being instructed. 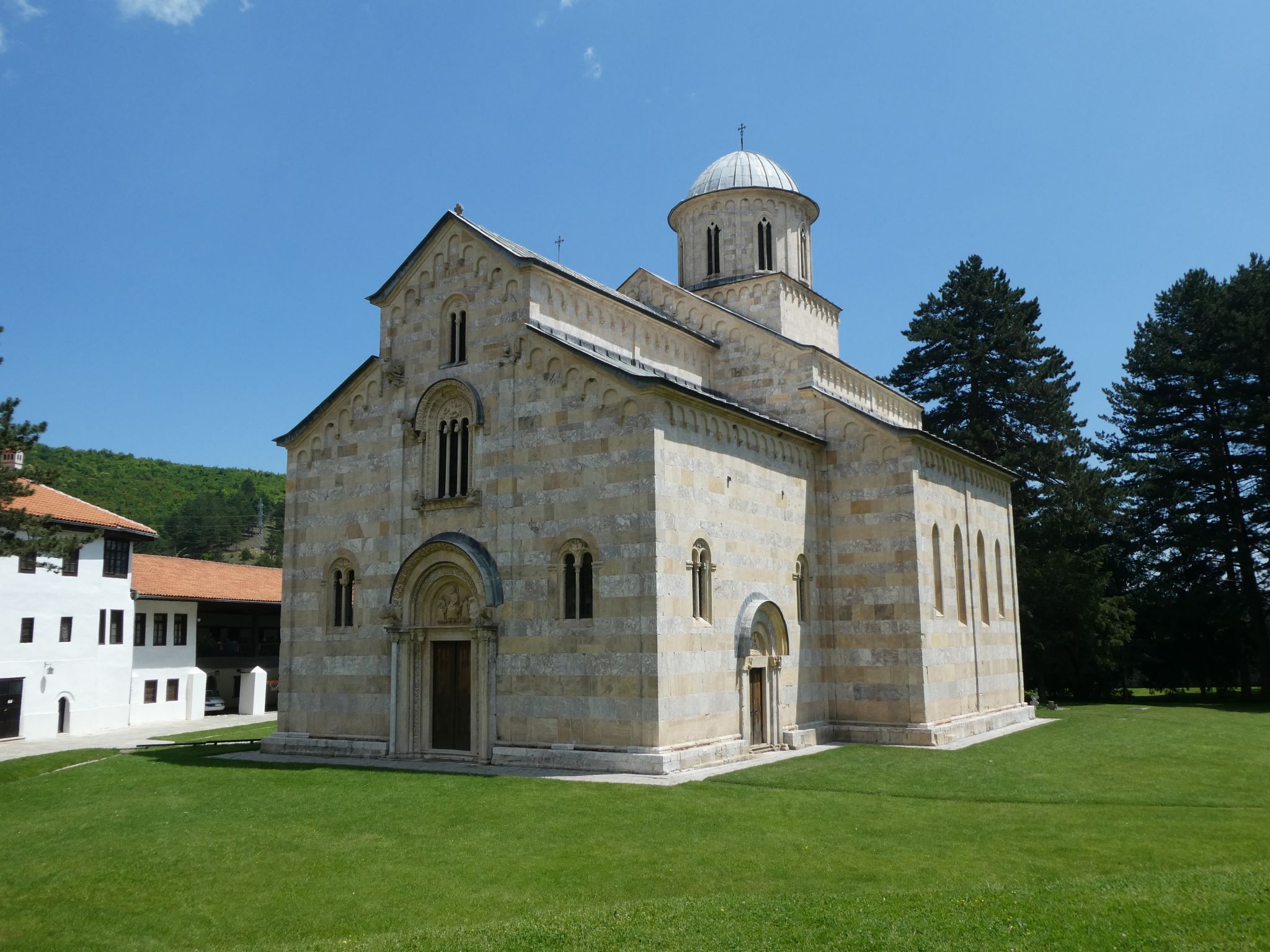 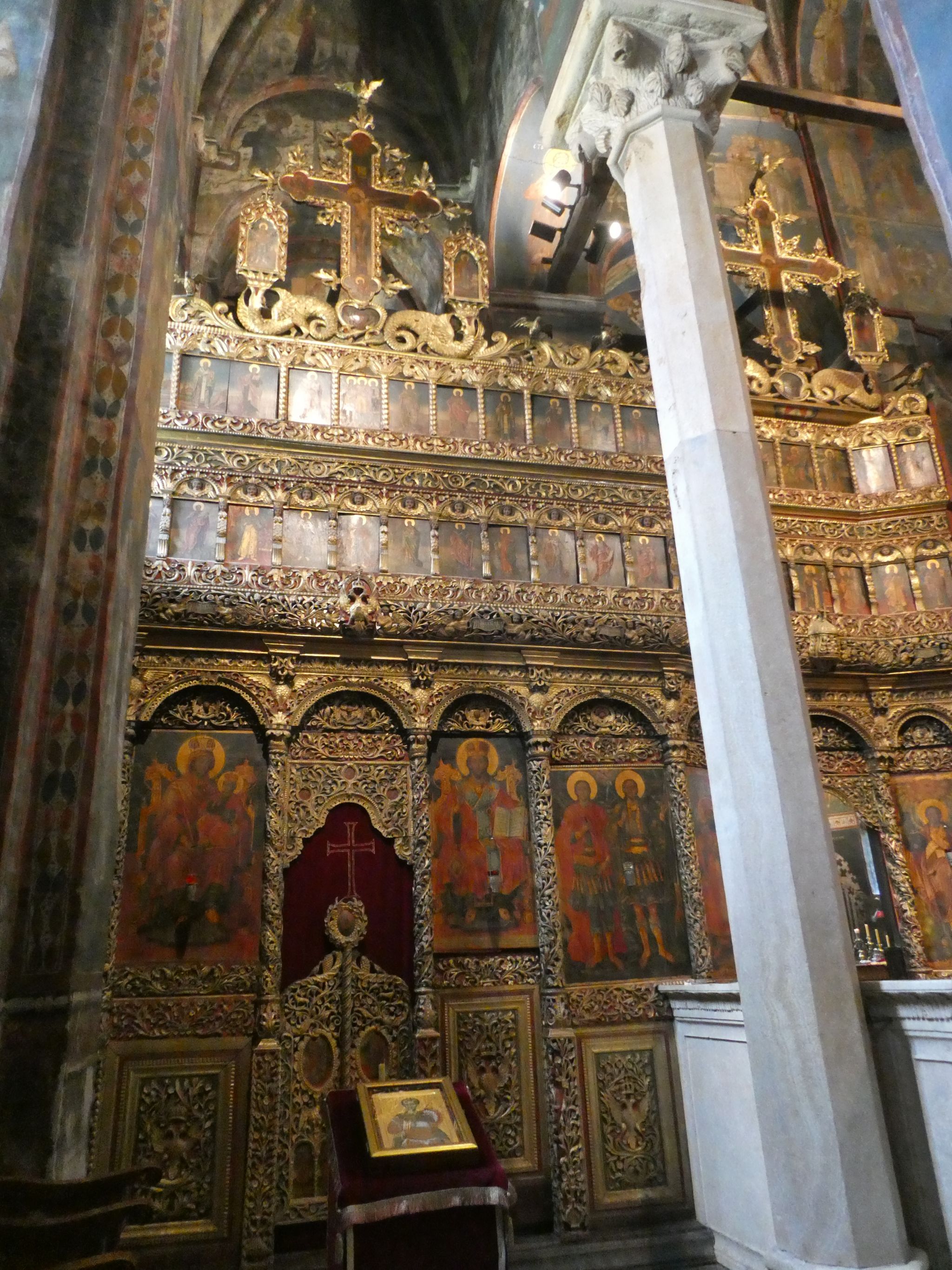 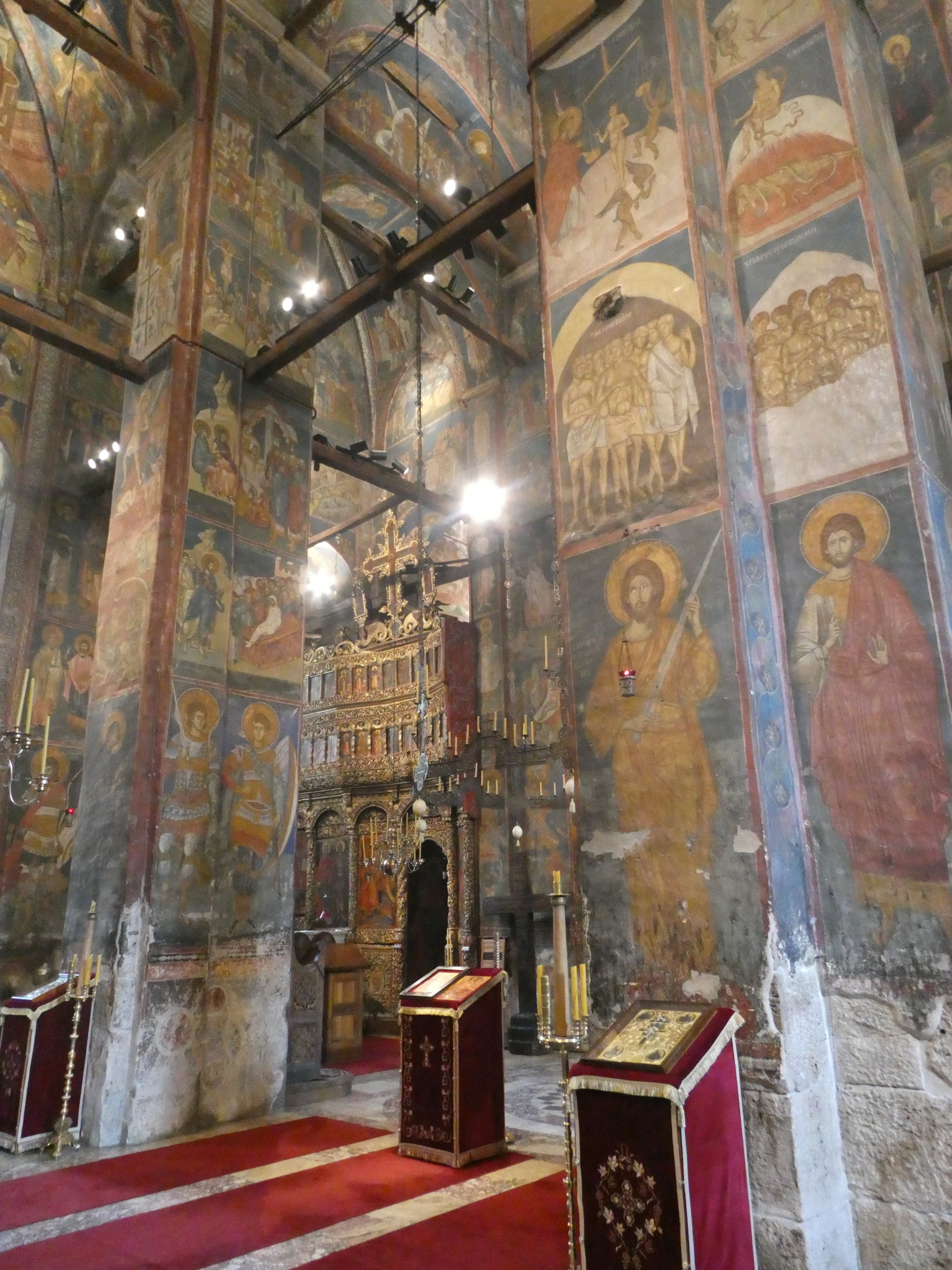 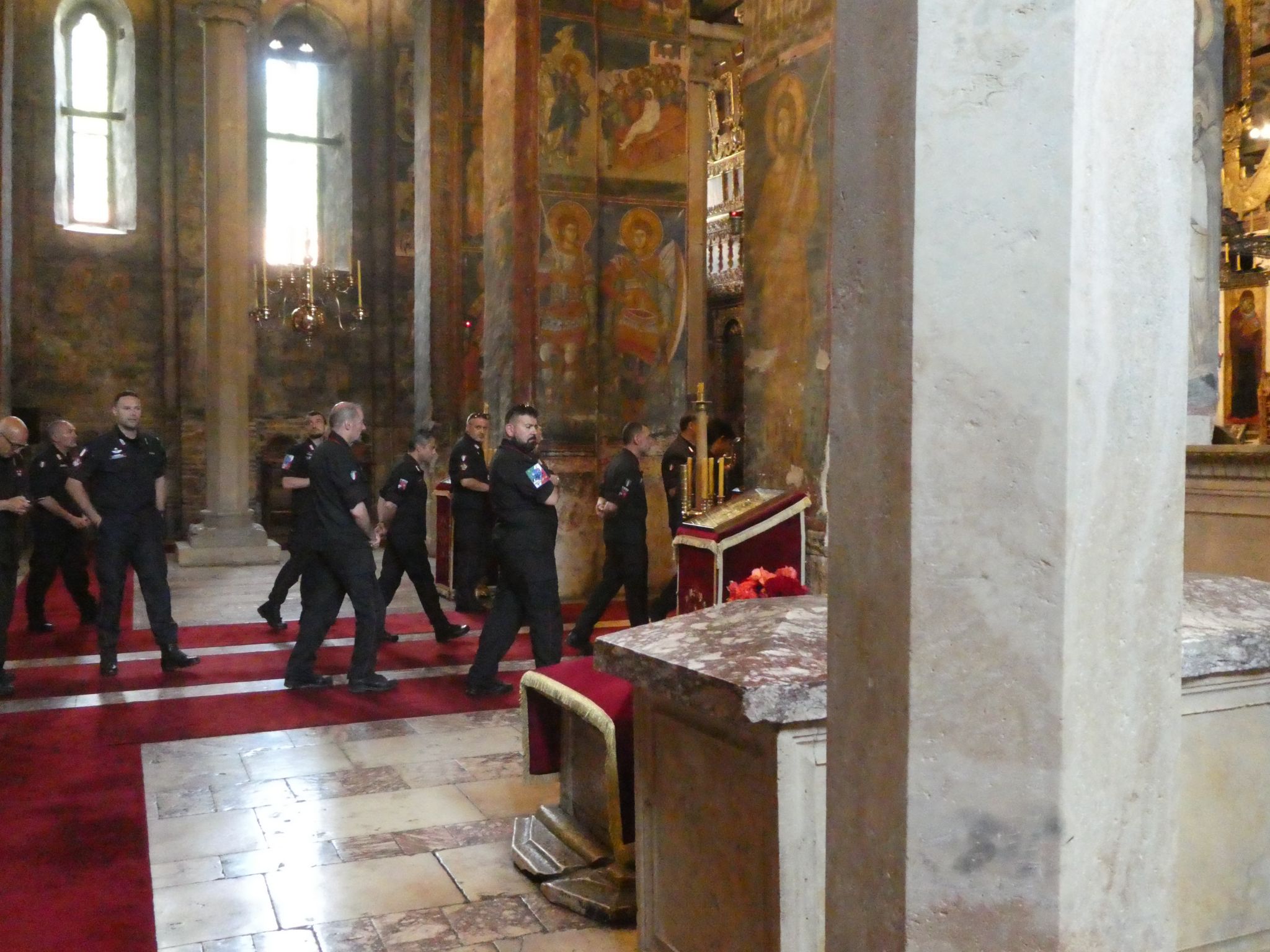 Back in Peja, on the outskirts of town is the UNESCO World Heritage listed Patriarchate Monastery of Pec (Pec is the Serbian Cyrillic name for Peja) where a community of Orthodox nuns live.  Security here is light – just one guard post at the gate.  Again the frescoes are magnificent but photos are forbidden and nuns hover in the alcoves exuding a slightly disapproving aura, ready to pounce if your hand strays anywhere near your camera. 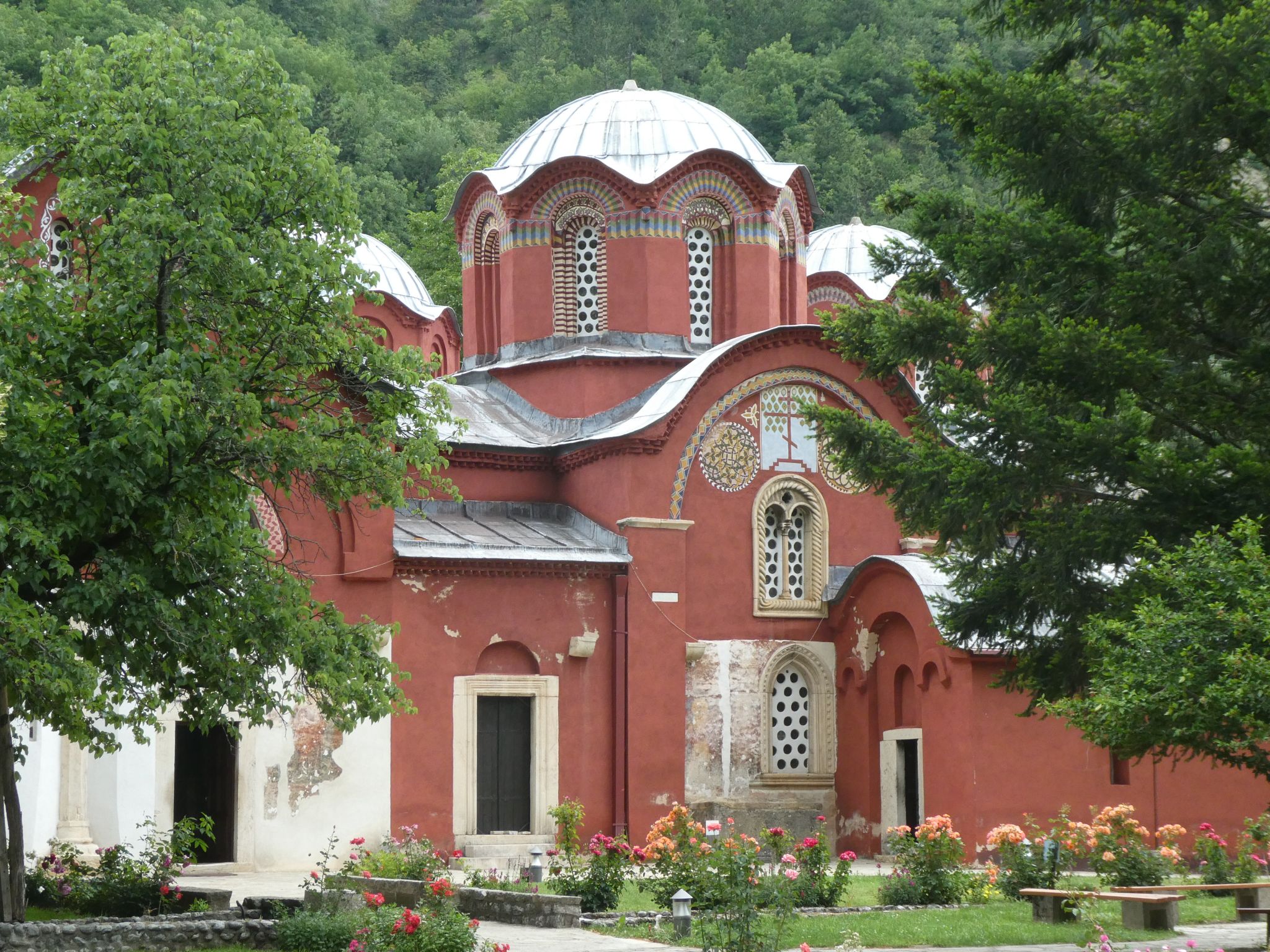 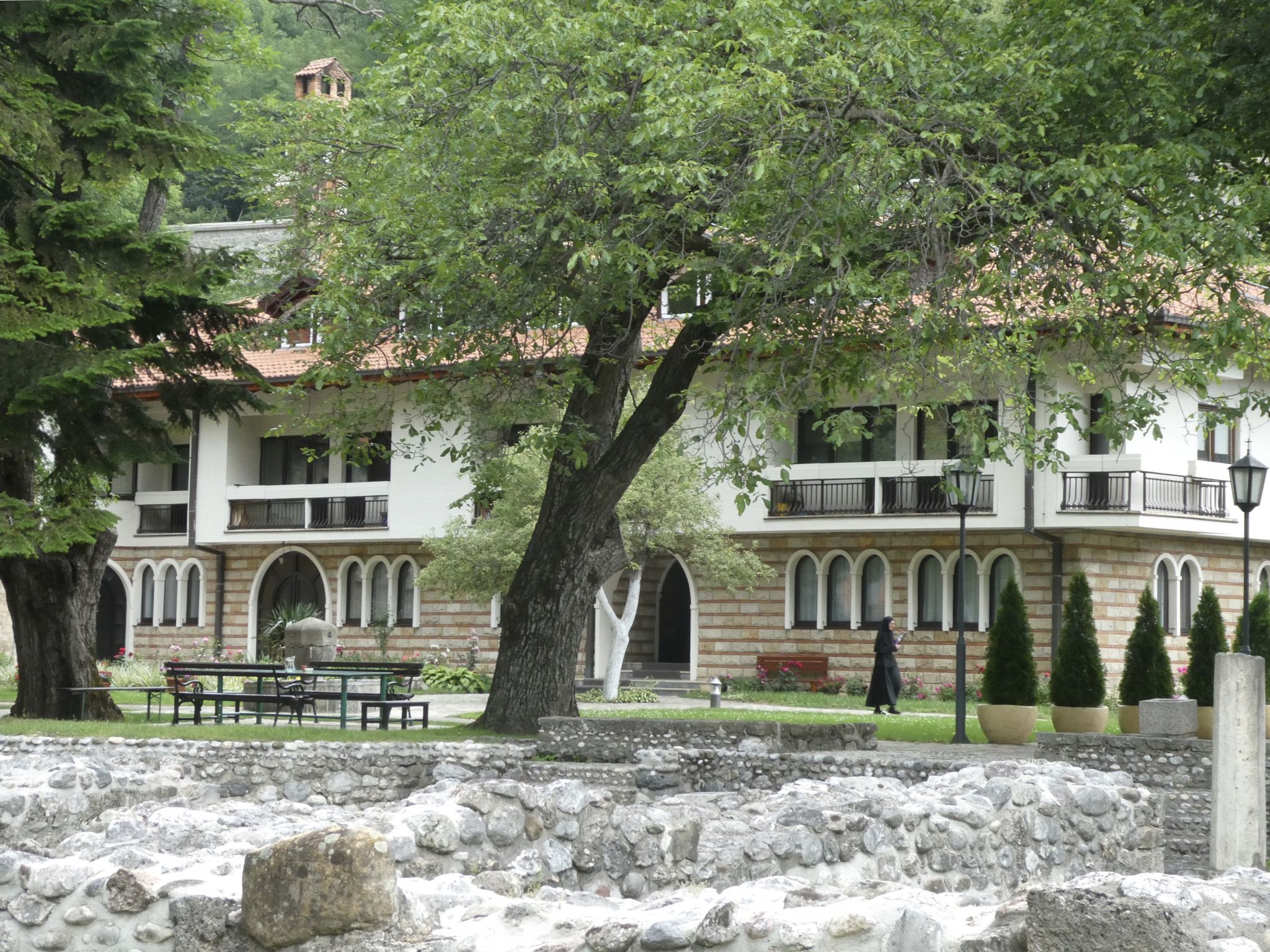 Kosovan food is good and we needed another hike to counter balance the effects of all this, so we started to plan a hike in Montenegro.

But first we headed to Kosovo’s capital Pristina to see Big Bill Clinton and the bears (see next post).