In past times, keeping bears in captivity was a common practice throughout the region.  In Kosovo, many restaurants had a bear in a cage as a drawcard for customers.

In 2010, keeping bears was outlawed, but there was little enforcement of the law for a very practical reason.  What do you do with a rescued bear? Rescuing a bear from one cage and putting it in another doesn’t achieve anything.  If released into the wild, they would seek out human settlements as the only food source they know, thus presenting a risk to both bear and humans.

In 2013, the international charity Four Paws negotiated with the government to establish the Pristina Bear Sanctuary and since then at least 13 rescued bears have been relocated to this wonderful sanctuary.  The bears are gradually reintroduced to living in forest areas and eating appropriate food.  Eventually each bear/pair have their own large forest zone and even a pool of their own, although still fenced to prevent them coming into human contact.

John was not enthusiastic about going.   He thought the bears would hide in the greenery and at best we might see a patch of a furry behind.  He was wrong.

On arrival, we spotted three bears in two seperate enclosures, snoozing in the midday heat but at least in clear sight. 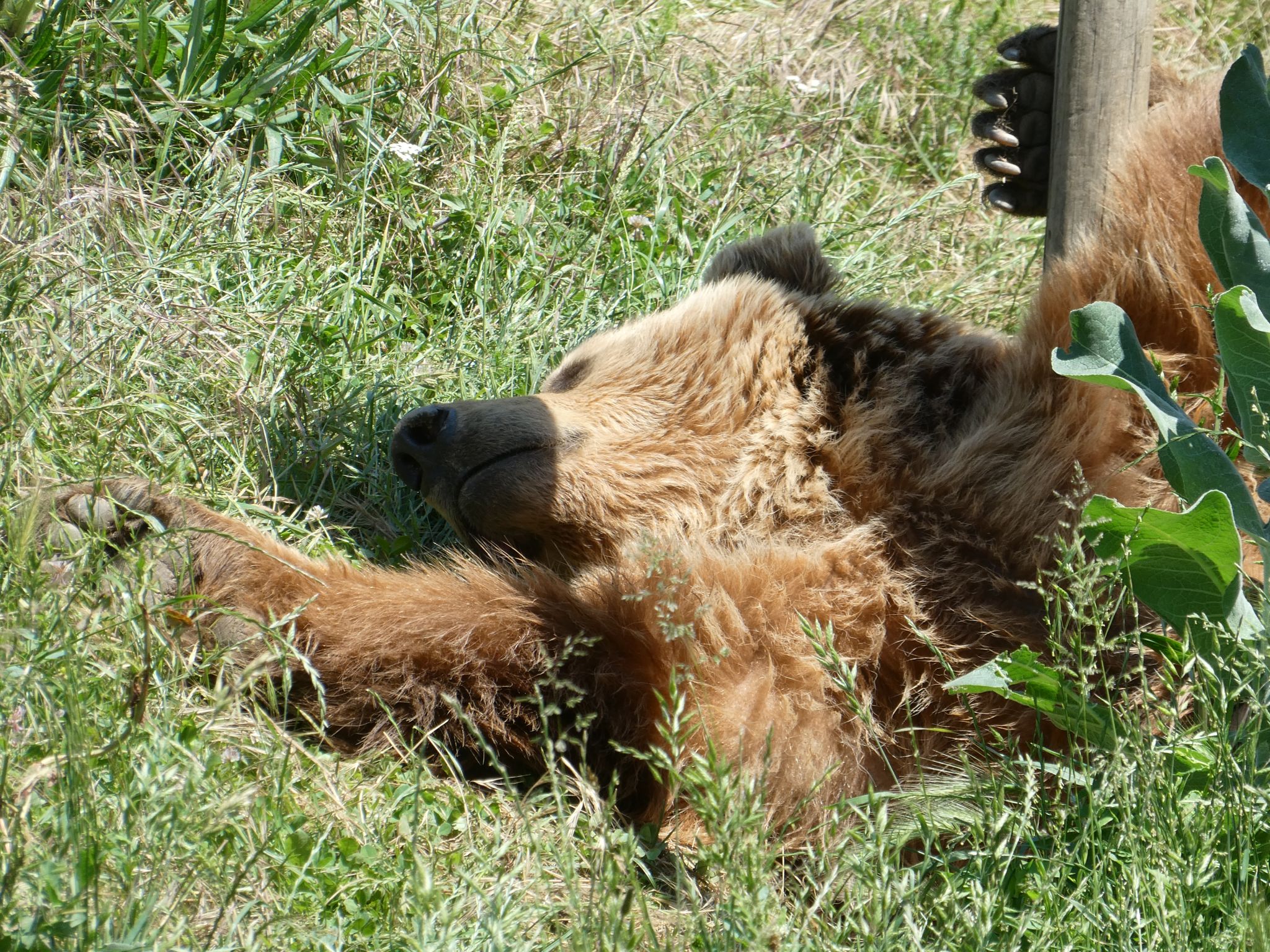 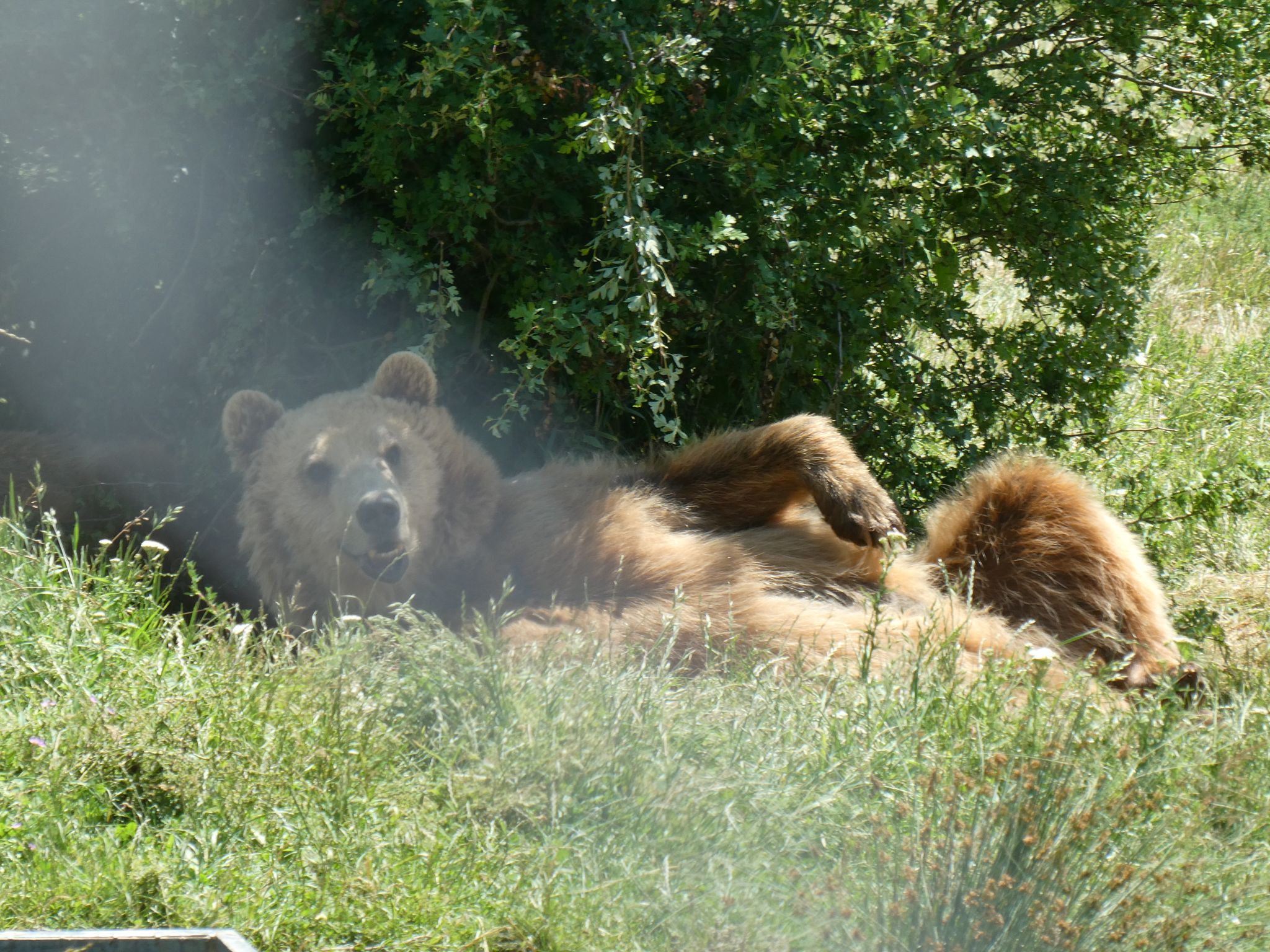 Julie had read that they feed the bears at 12.30pm.  We arrived about 12.15pm so John went to enquire about feeding time, which turned out to be late afternoon on that day.  In any case, as he walked back from asking, Julie was watching the snoozing bears and heard John say “Jules, turn around”.

And there he was.  So close!  And as curious to see the humans as we were to see him.  Such a big, gentle, beautiful face. 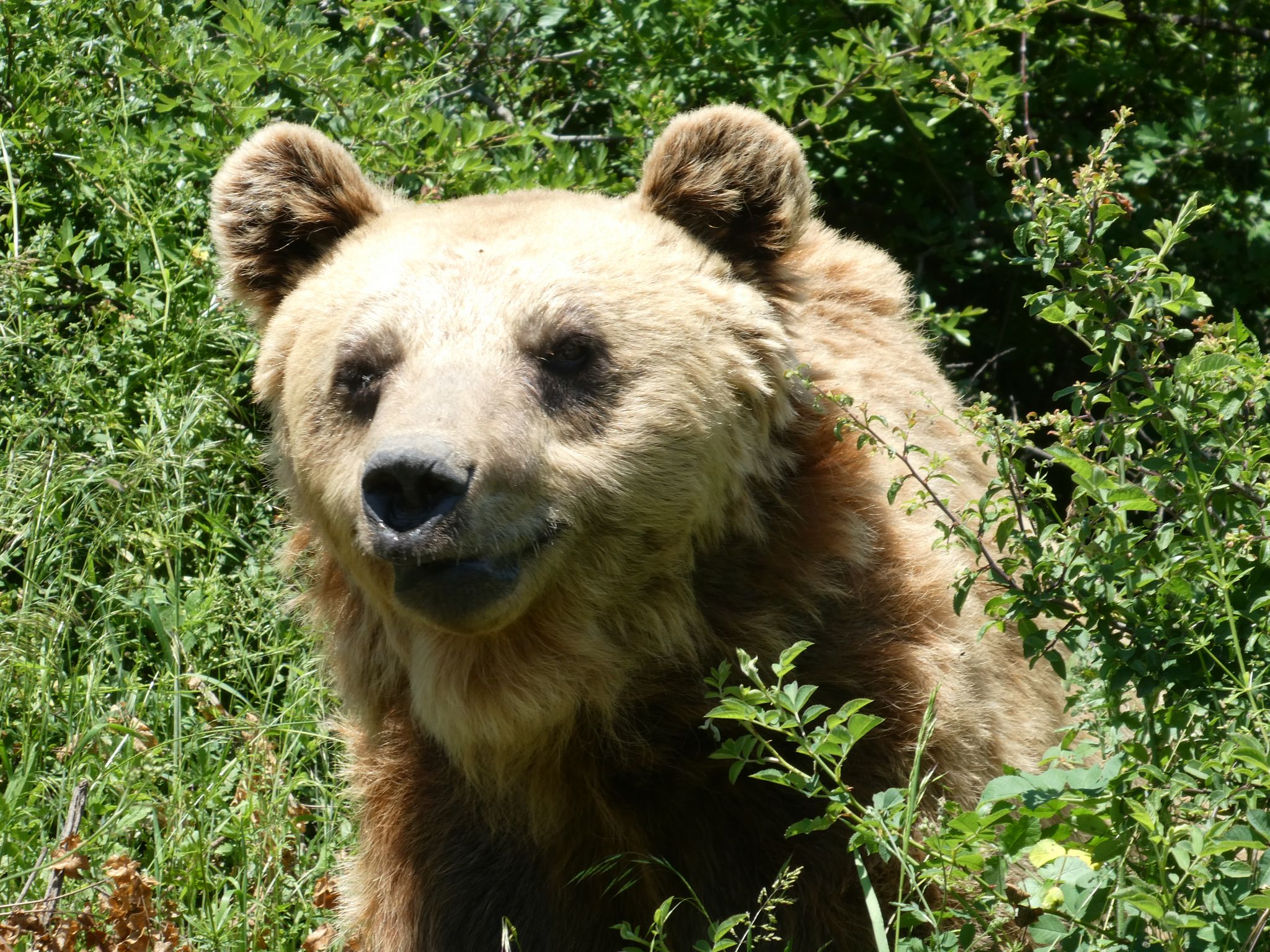 And from there, it was bears galore.  John’s plan to point at foliage and say “there’s a bear in there” was thwarted. 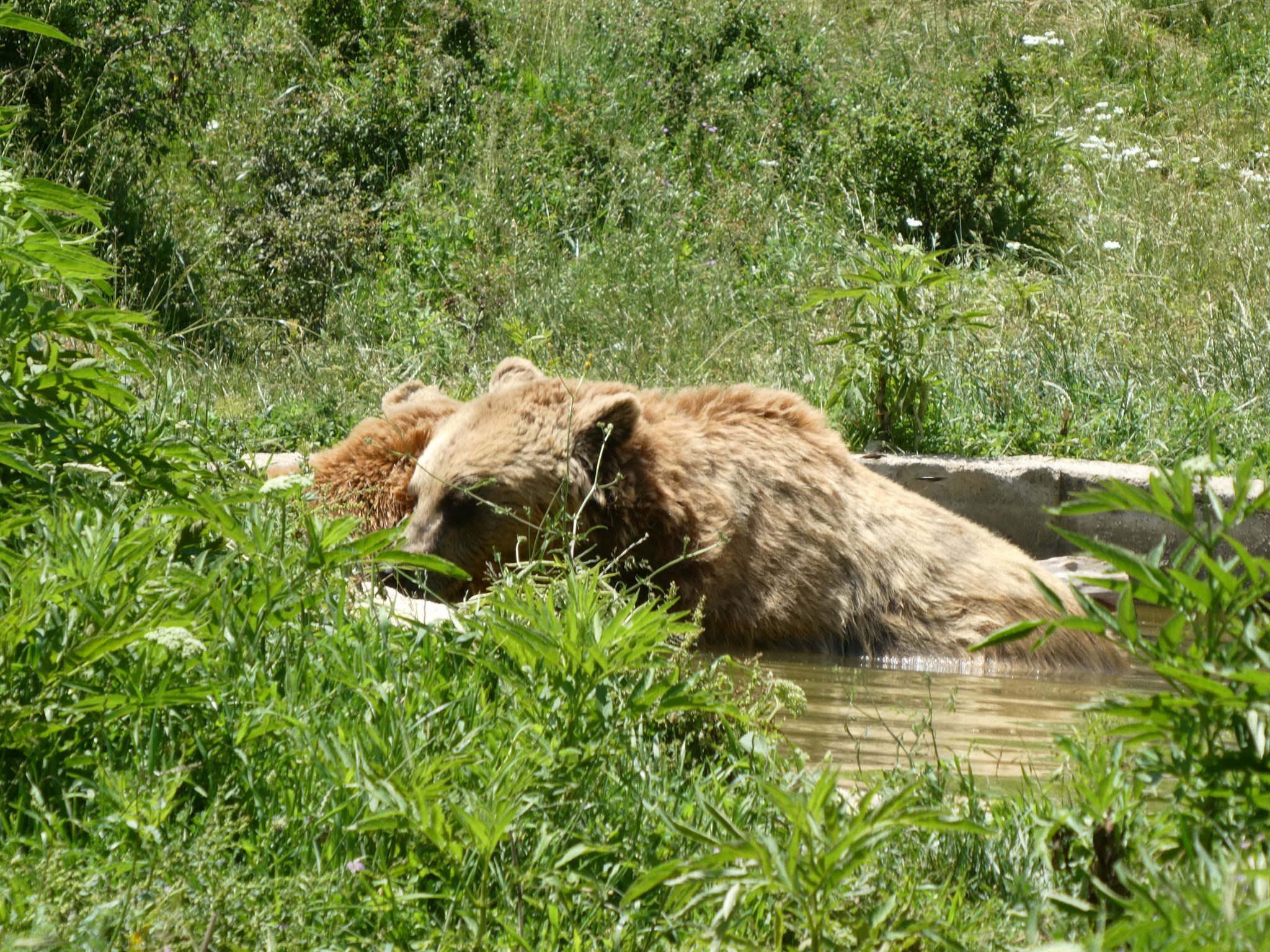 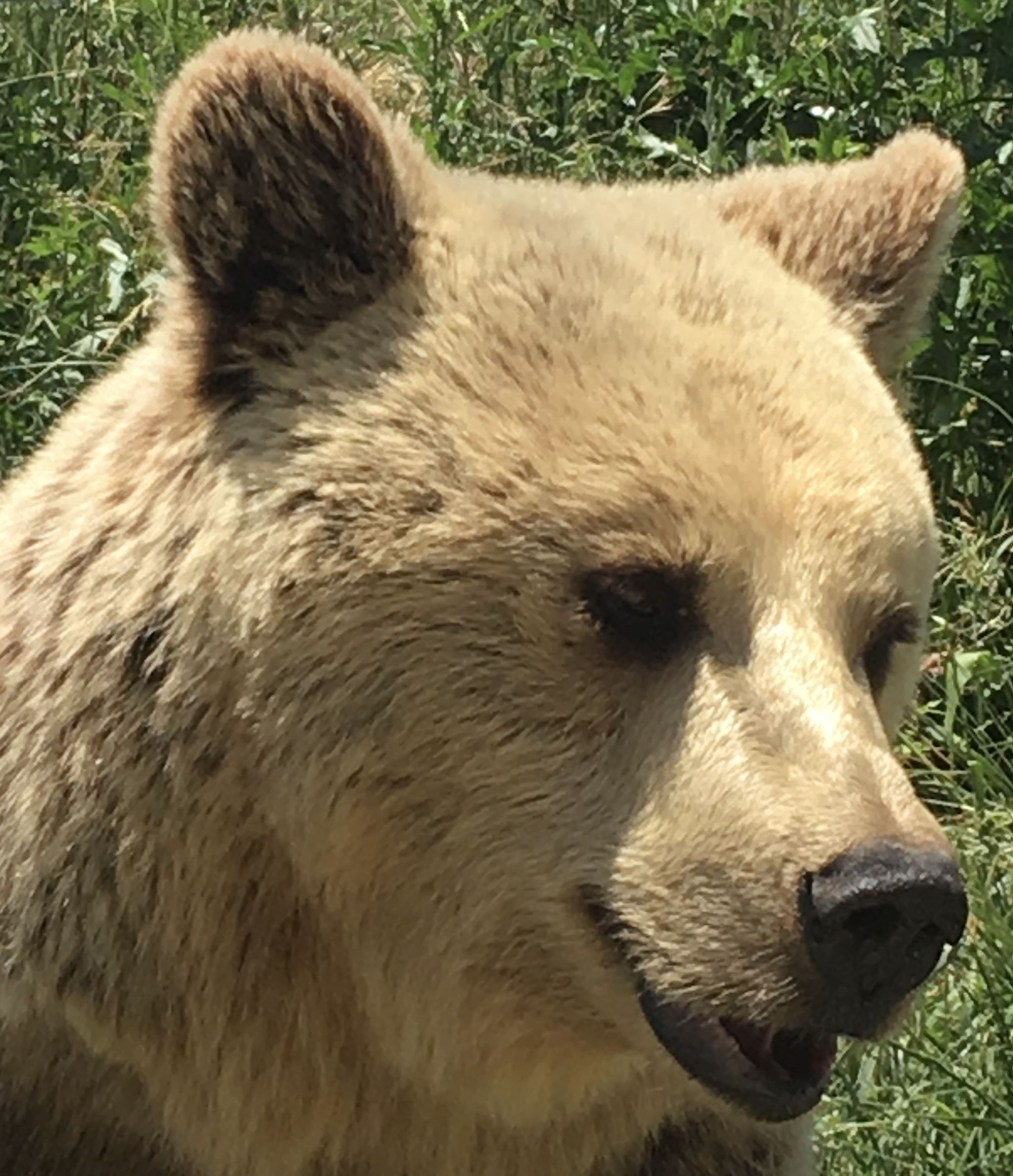 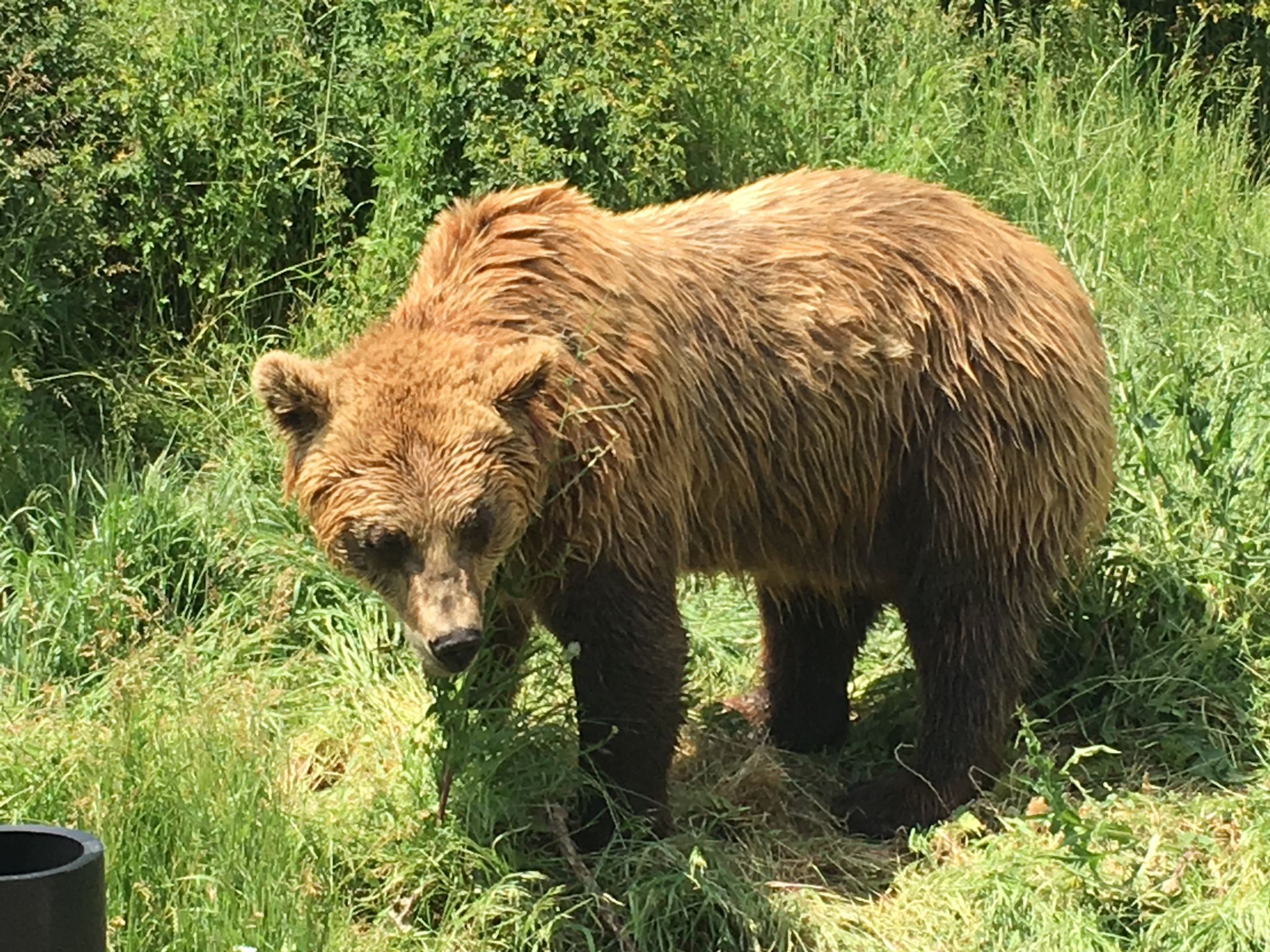 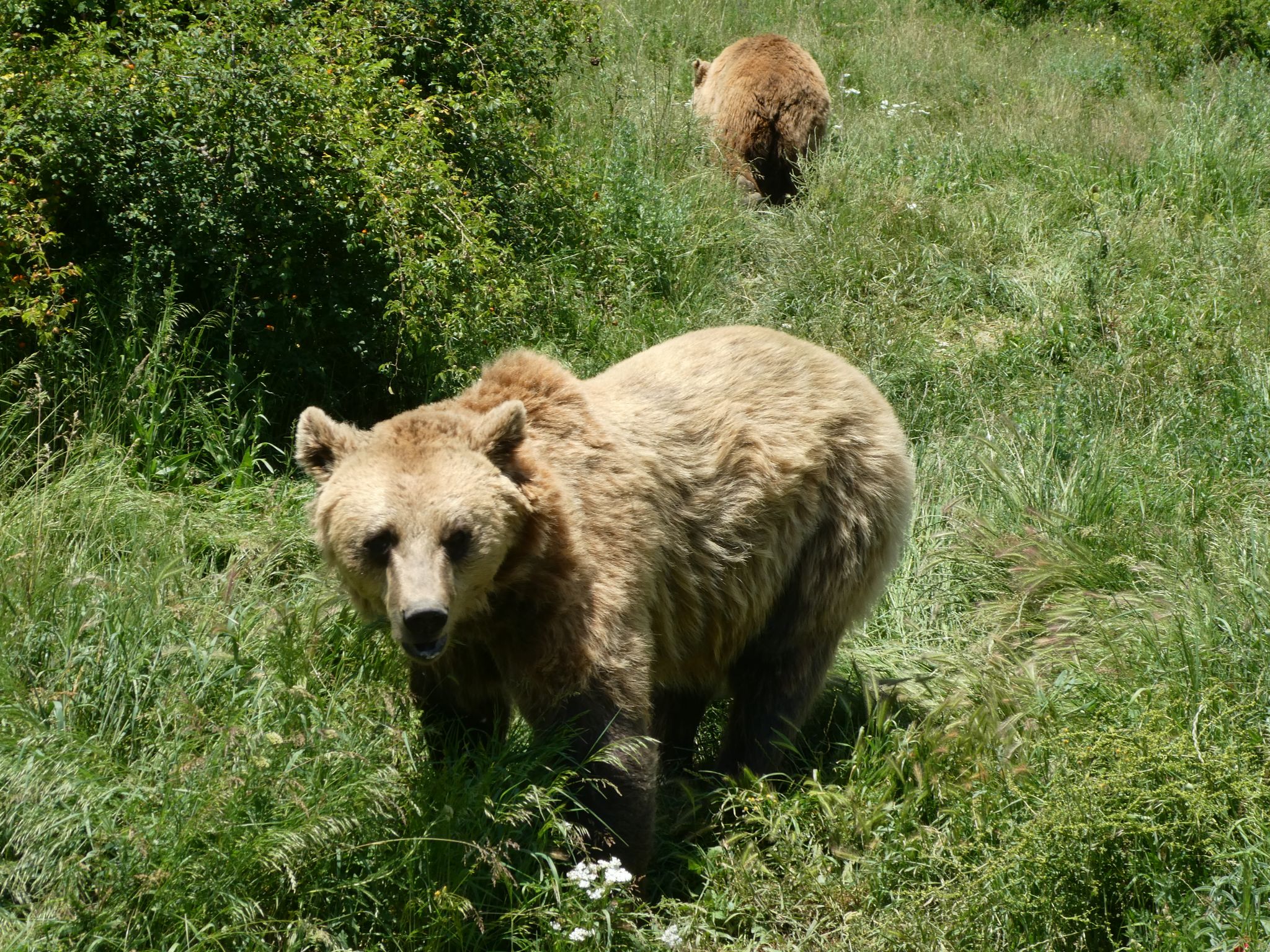 Here are a few of the bears’ stories. 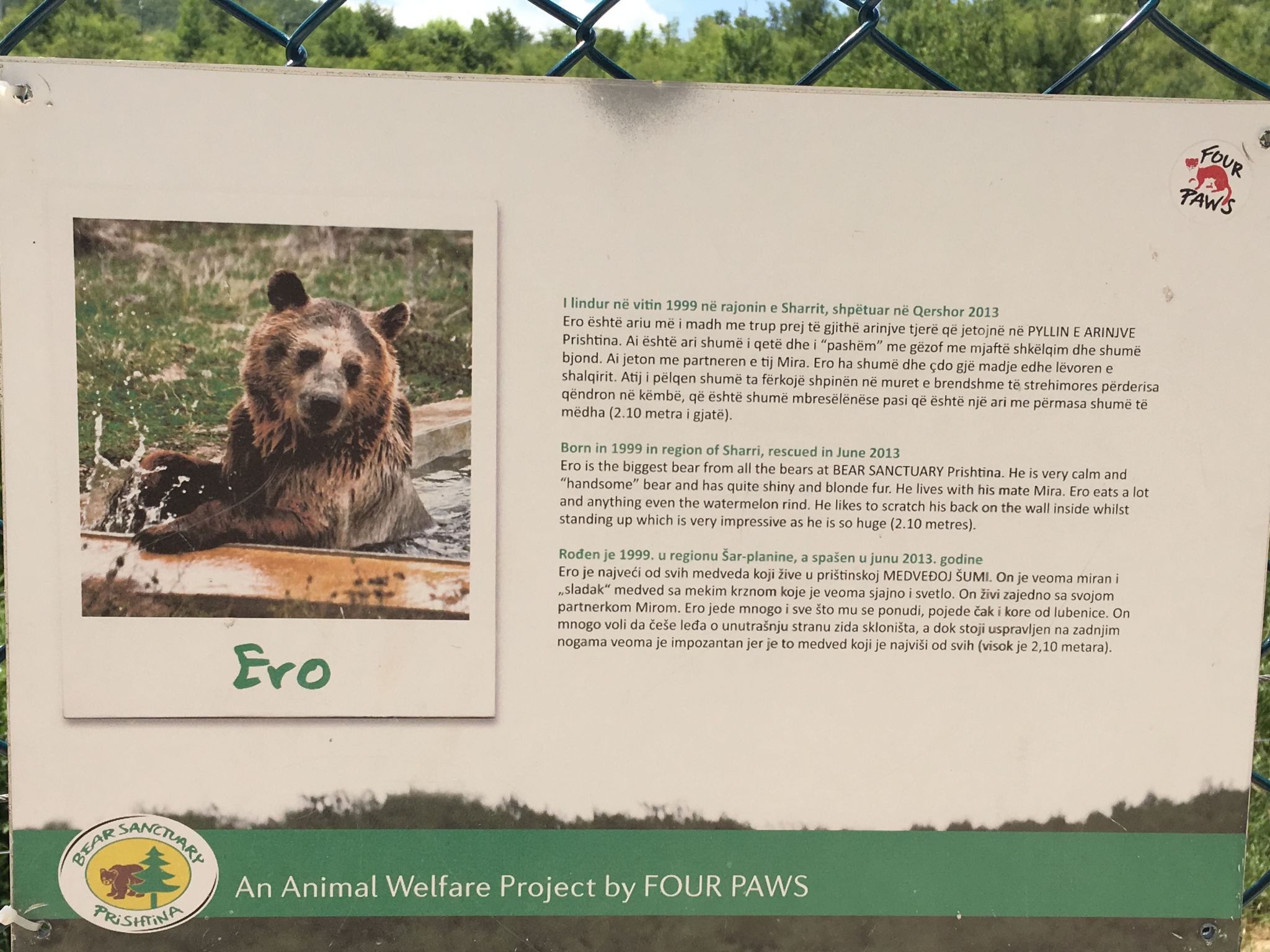 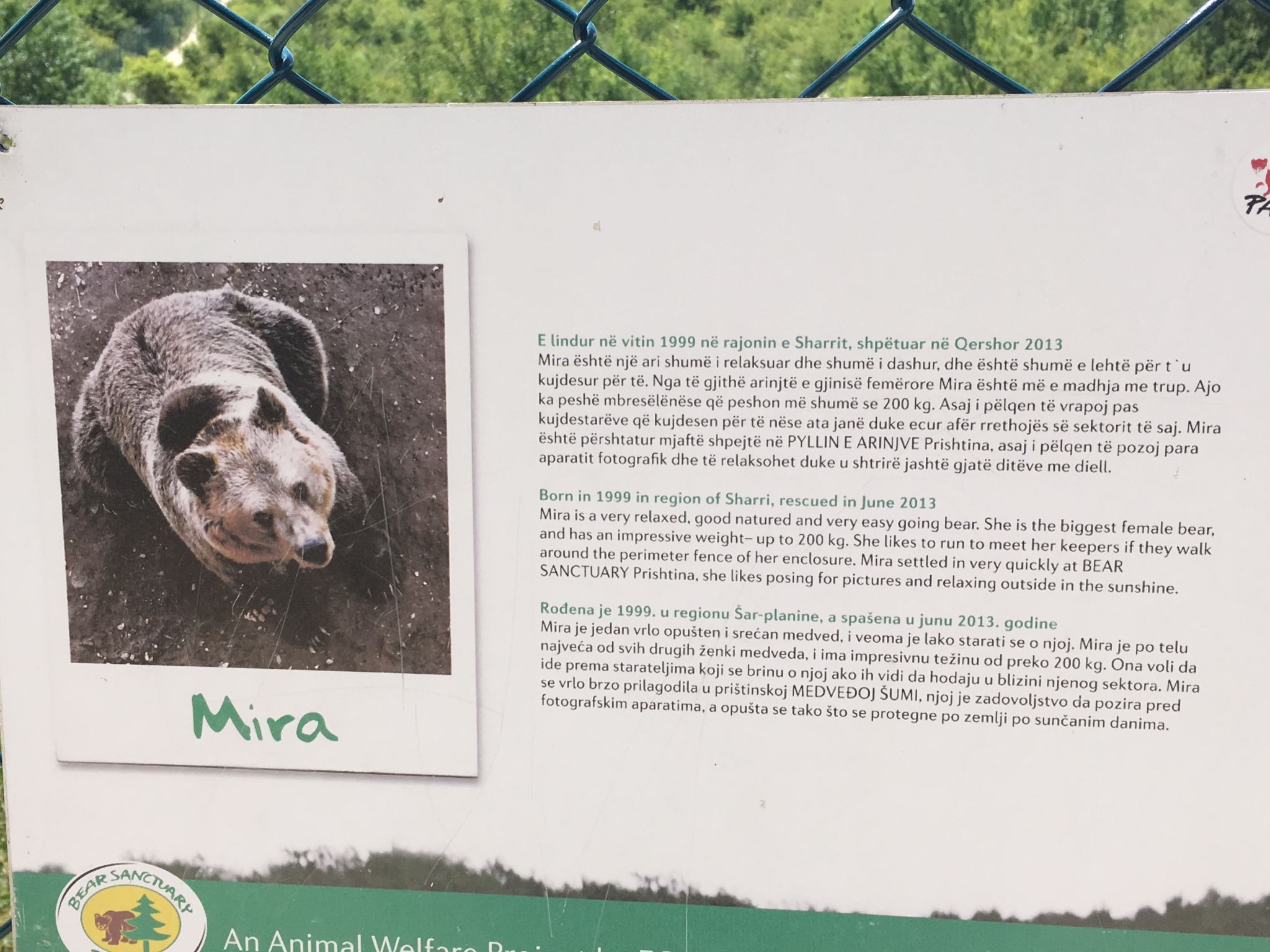 It was a fantastic experience and we could not believe more people don’t make it out here.  Maybe we were just lucky enough to crack a quiet day.

Our information on how to get there was basic – take the local bus from Gracanica travelling toward Mramor, the road will meet and follow a long lake on the left side of the bus, get off when the bus reaches the very top of the lake where there is a petrol station on the left side, walk around the top of the lake keeping the lake always on your left and when the road veers away from the lake heading right, walk another 2kms and you will reach the sanctuary.  As it turned out, these directions are fine.  It’s all very obvious once you are on the bus.

It was a hot walk in the open, but the reward for it being off the beaten track was that we had the bear sanctuary almost to ourselves.  In the entire time we were there, we saw only one other couple.

And we are going to put in a plug for Four Paws.  It’s a charity first established in Austria which operates a number of bear sanctuaries in different countries.  It also manages a sanctuary for orangatuns in Borneo and one for big cats in South Africa, as well as programs to provide care for stray dogs and cats in a few countries where no public services exist.  It’s active with lobbying for animal protection legislation and campaigns against practices involving animal cruelty.  Check them out online.