Dubrovnik is easily the most ‘picture perfect’ of the Adriatic port towns we visited.  From the moment you step through the gate of the old city, you are surrounded by beauty.  And tourists.

A whopping 10,000 visitors pour into Dubrovnik every day in the summer.  For months we had been travelling just ahead of the onset of the summer season, but in Dubrovnik it was catching up to us.

On the evening we arrived, Croatia played and won the first of its World Cup rounds games.  The atmosphere was electric.

Early next morning was quiet.  No doubt a few people were nursing sore heads.  It is possible to walk an entire circuit of the walls so to avoid the crowds, we legged it to the town ramparts just after opening.  The views are magnificent and the early start meant a relatively undisturbed experience. 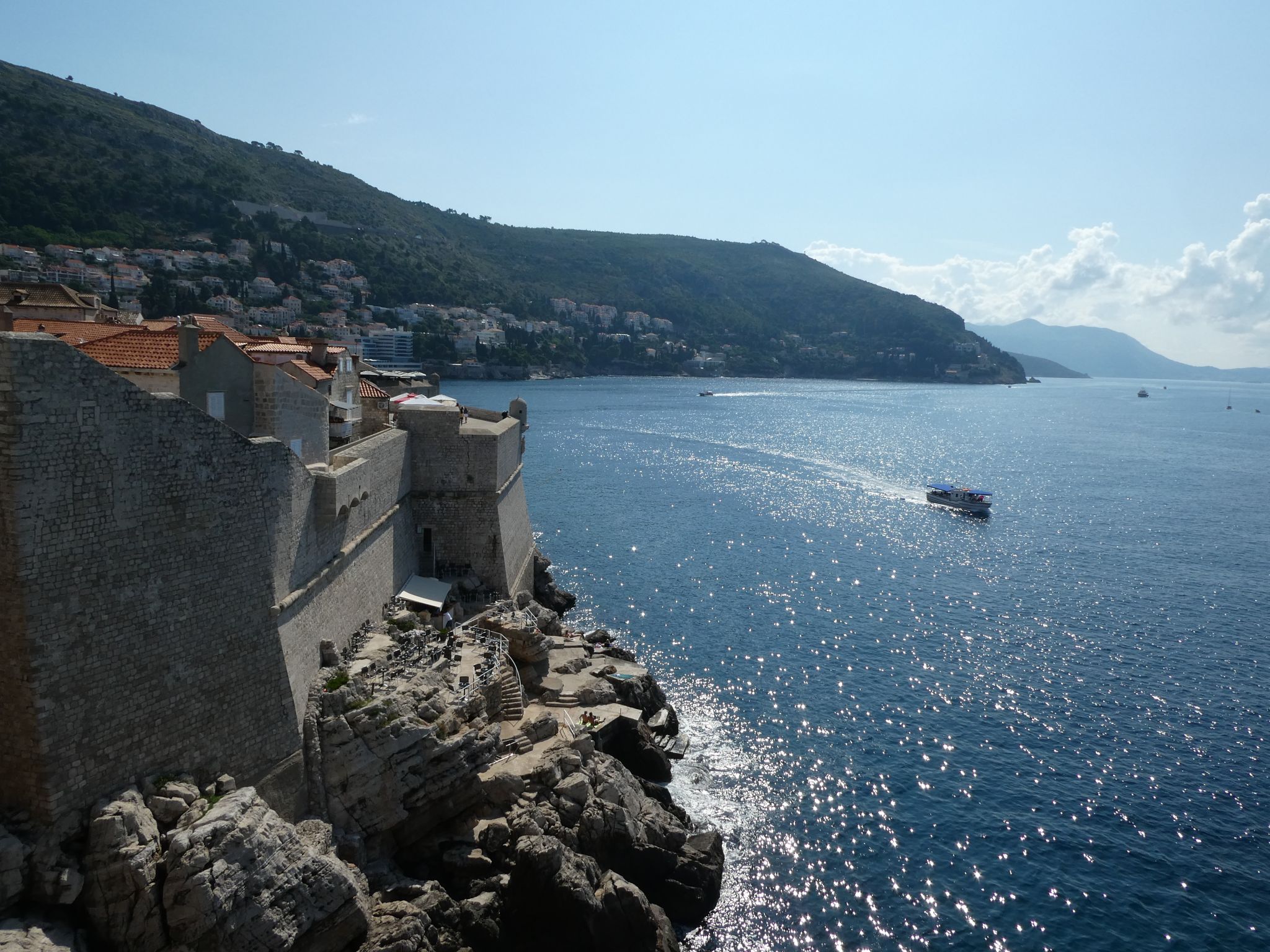 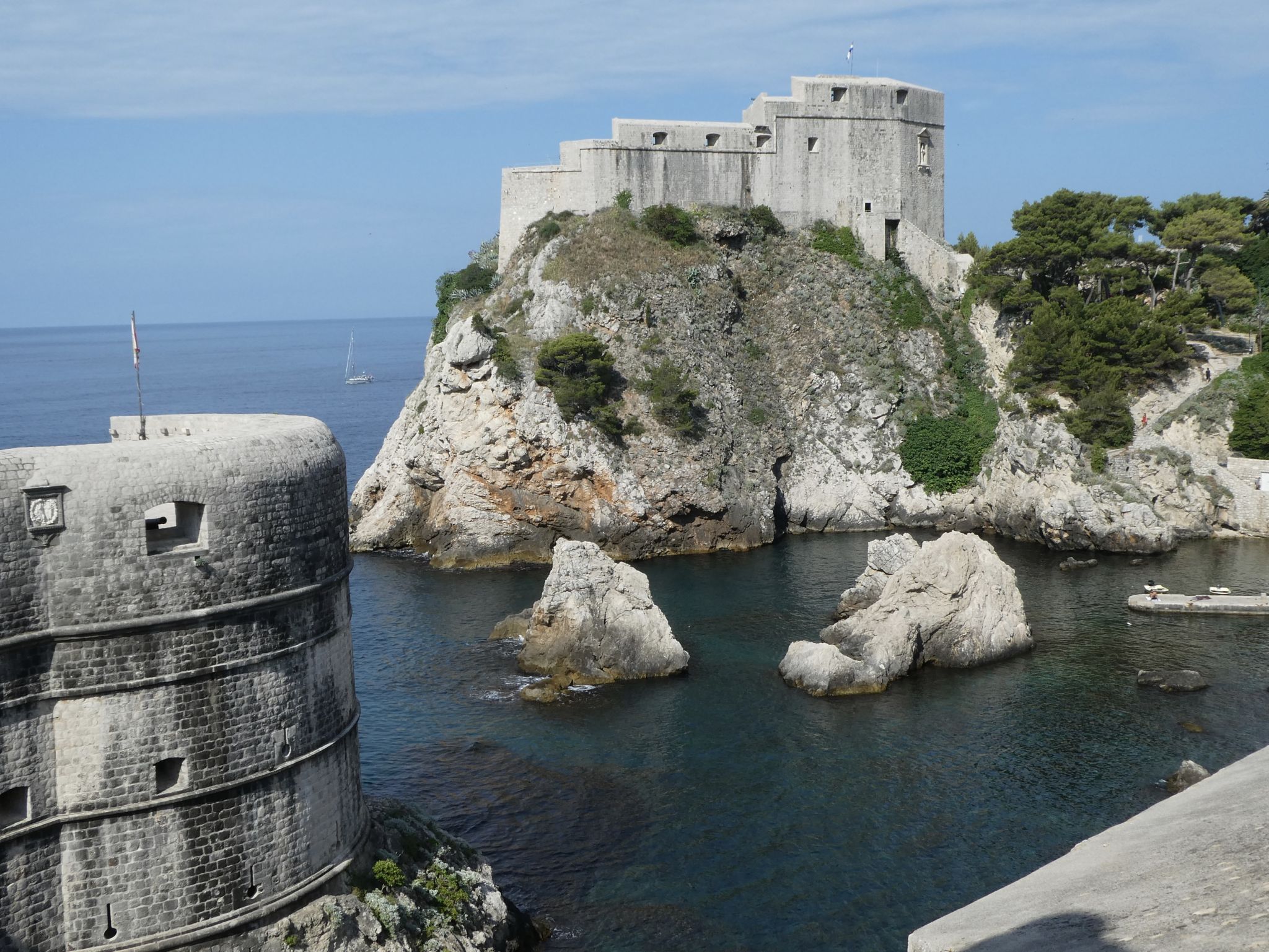 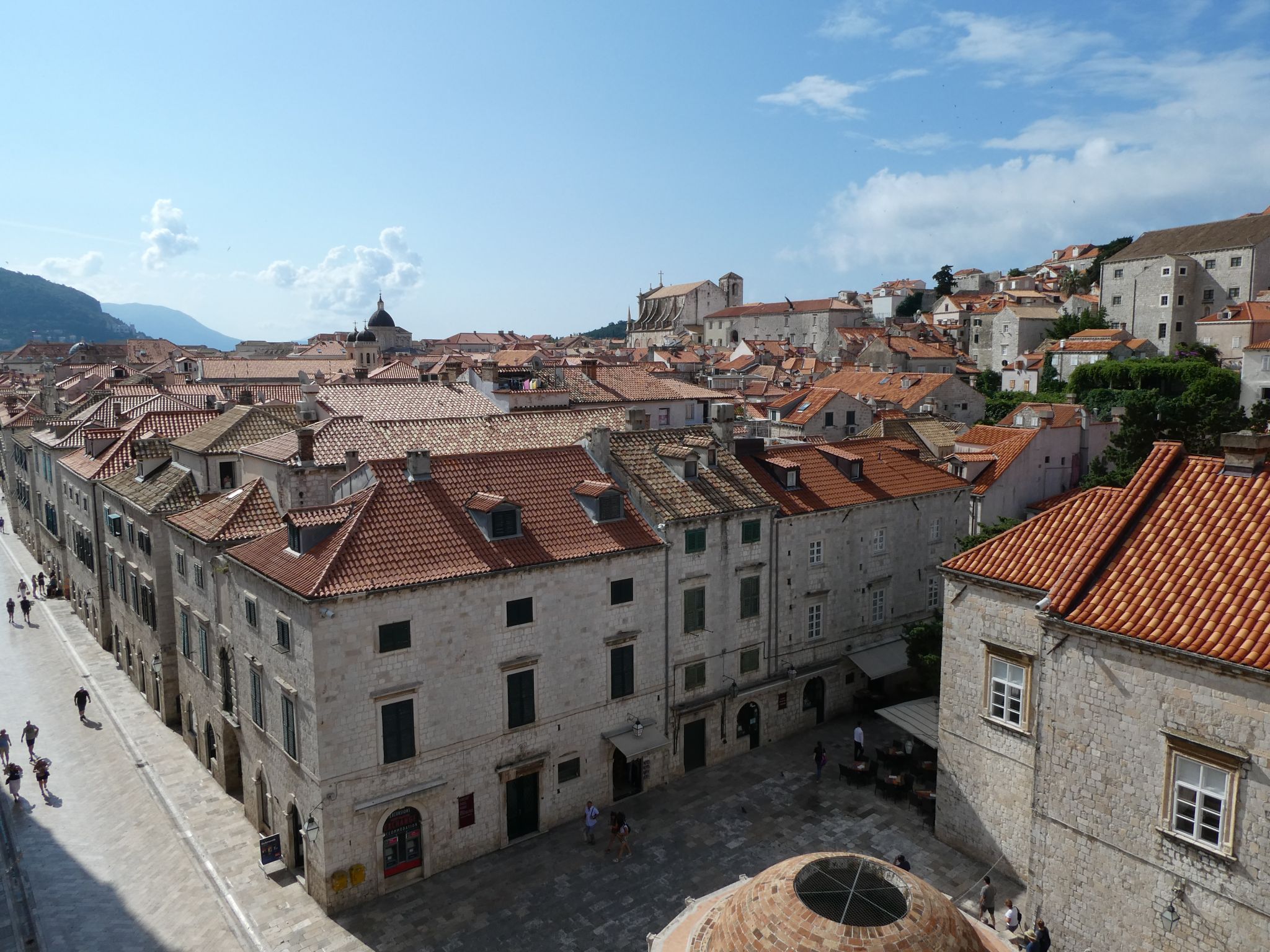 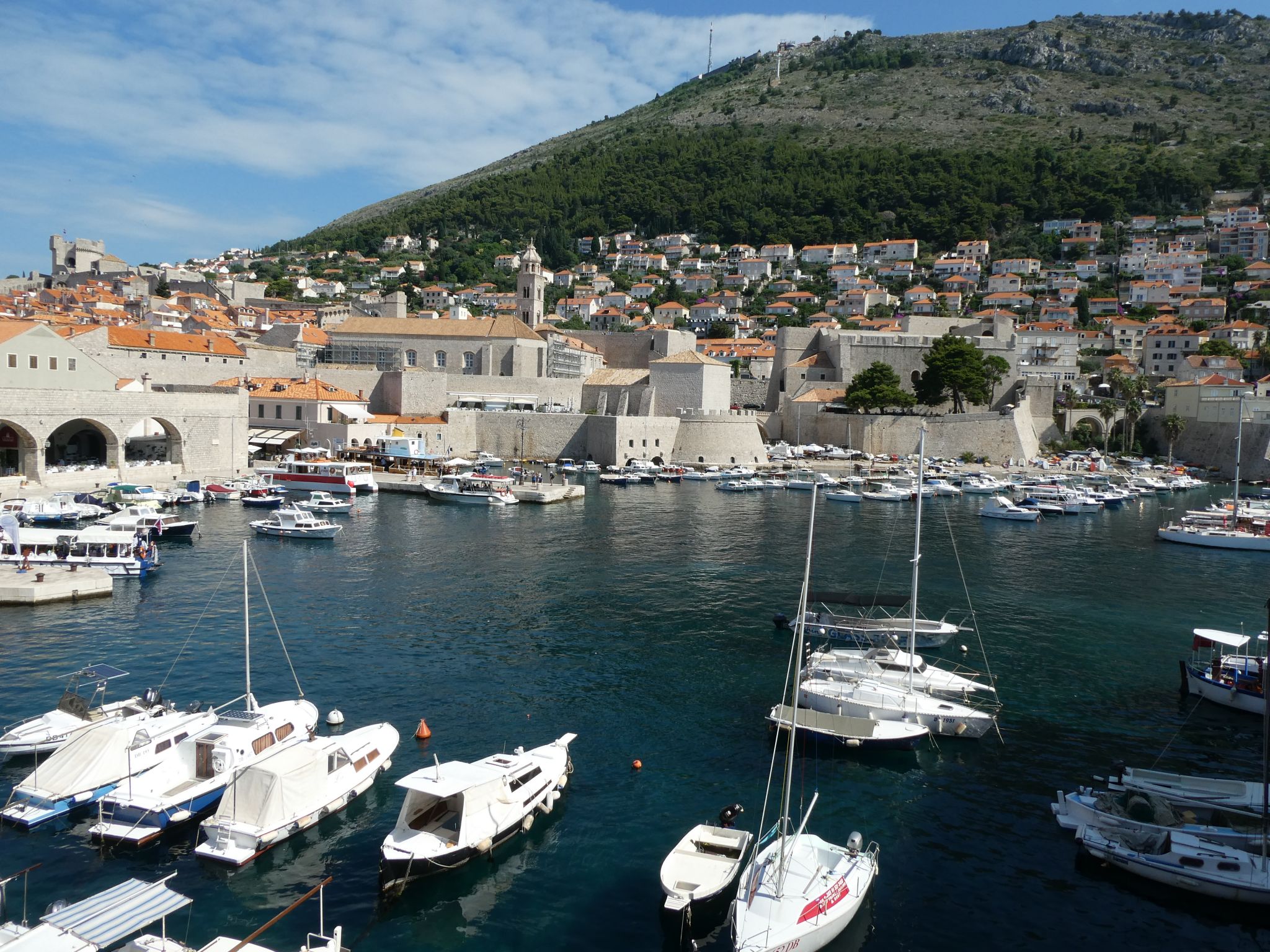 Dubrovnik is a UNESCO listed city, and no one really believed it would be attacked in the 1990s war, but sadly that belief was misplaced.  A sustained bombing campaign by Serbian and Montenegrin forces over seven months in 1991-2 caused severe damage in the old city, but the walls and most of the old town buildings have been meticulously restored. 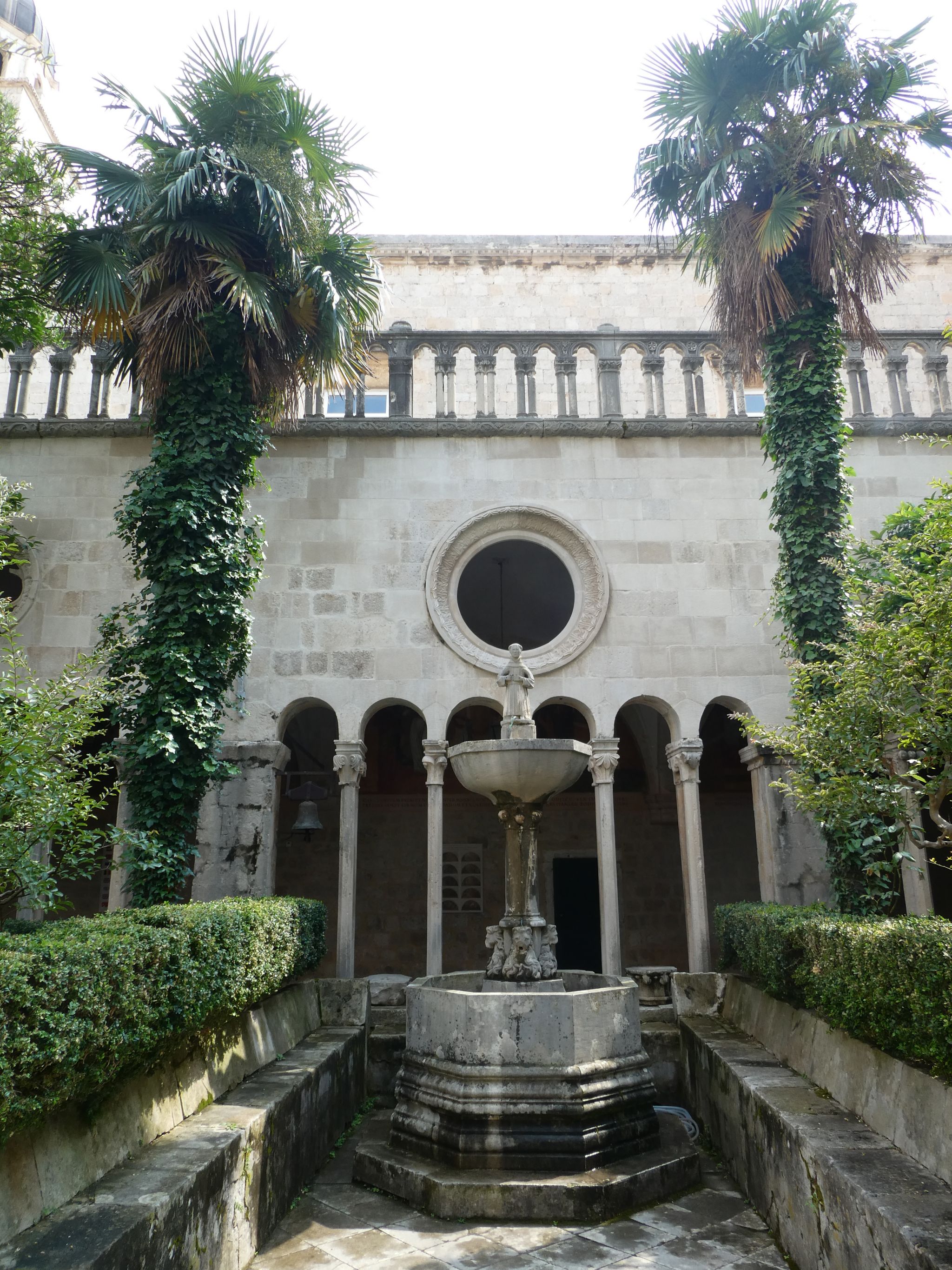 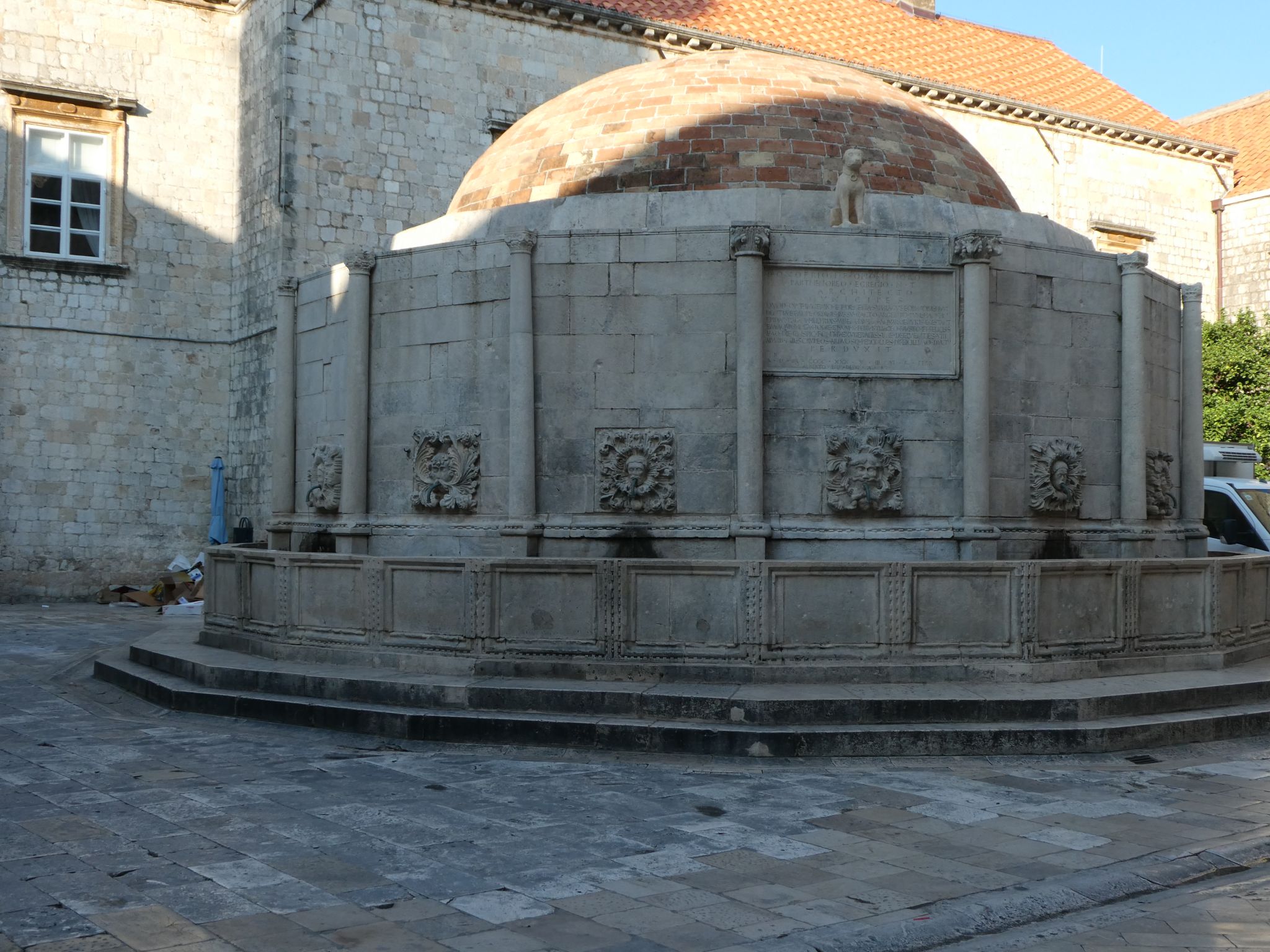 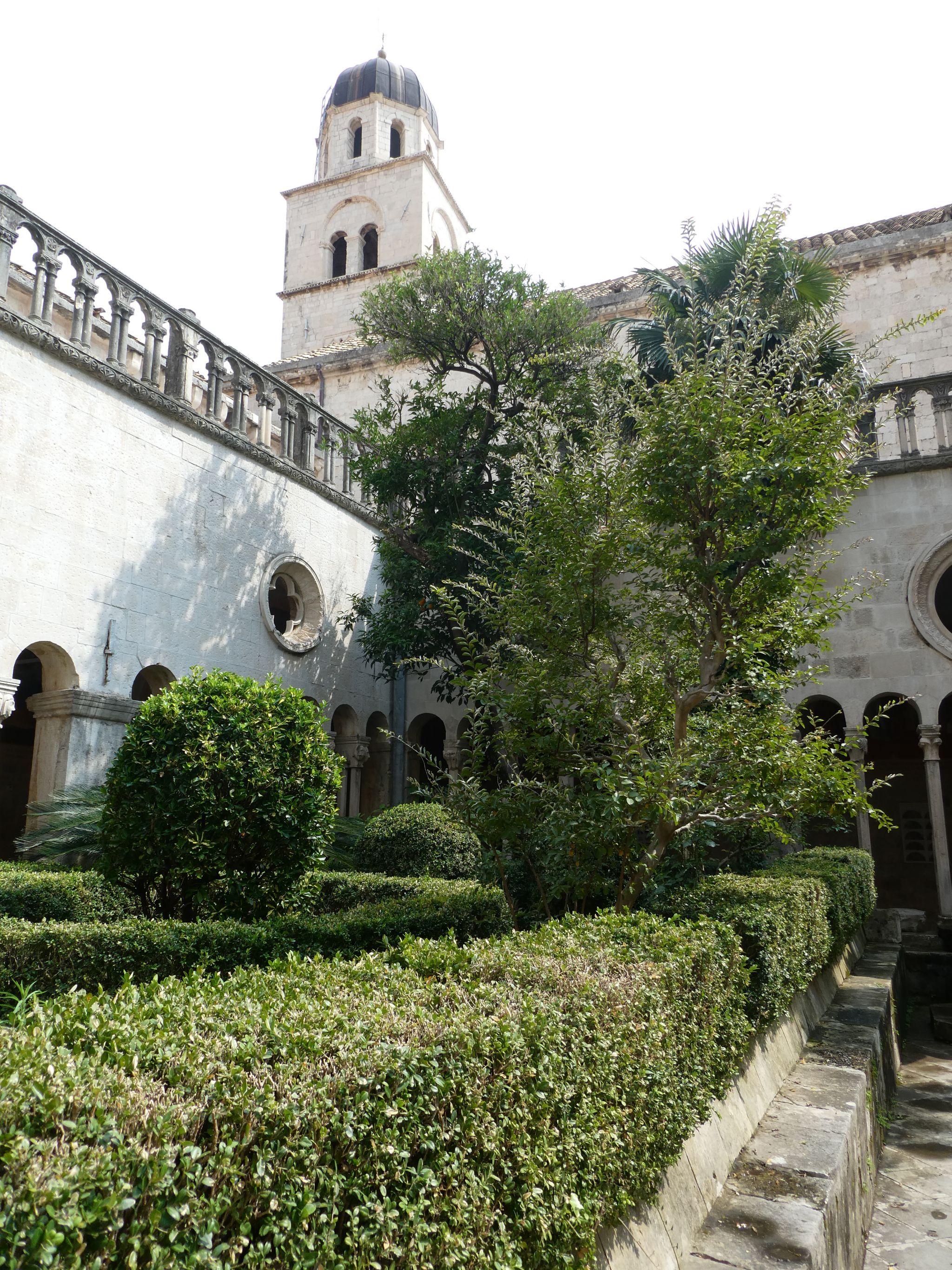 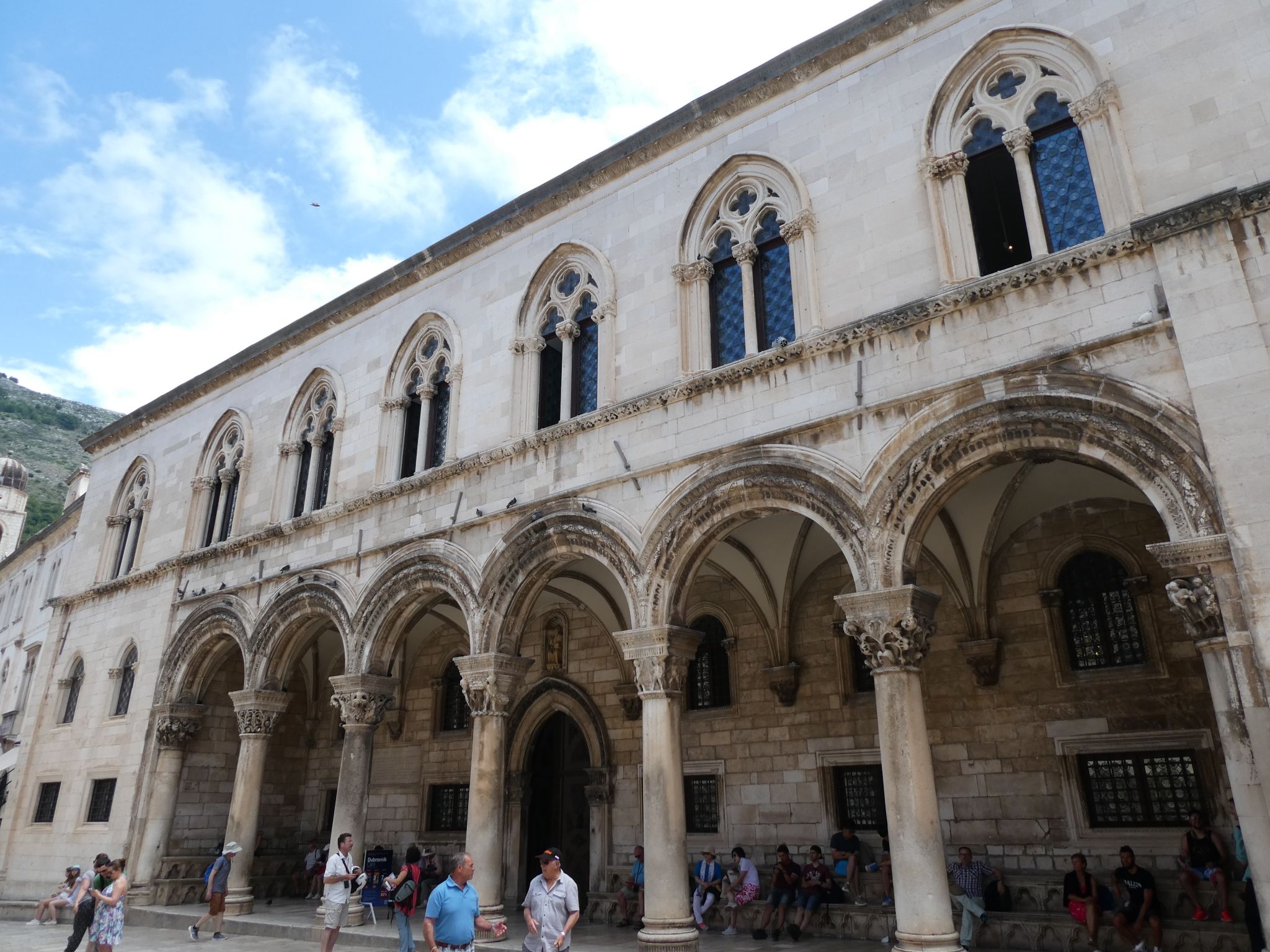 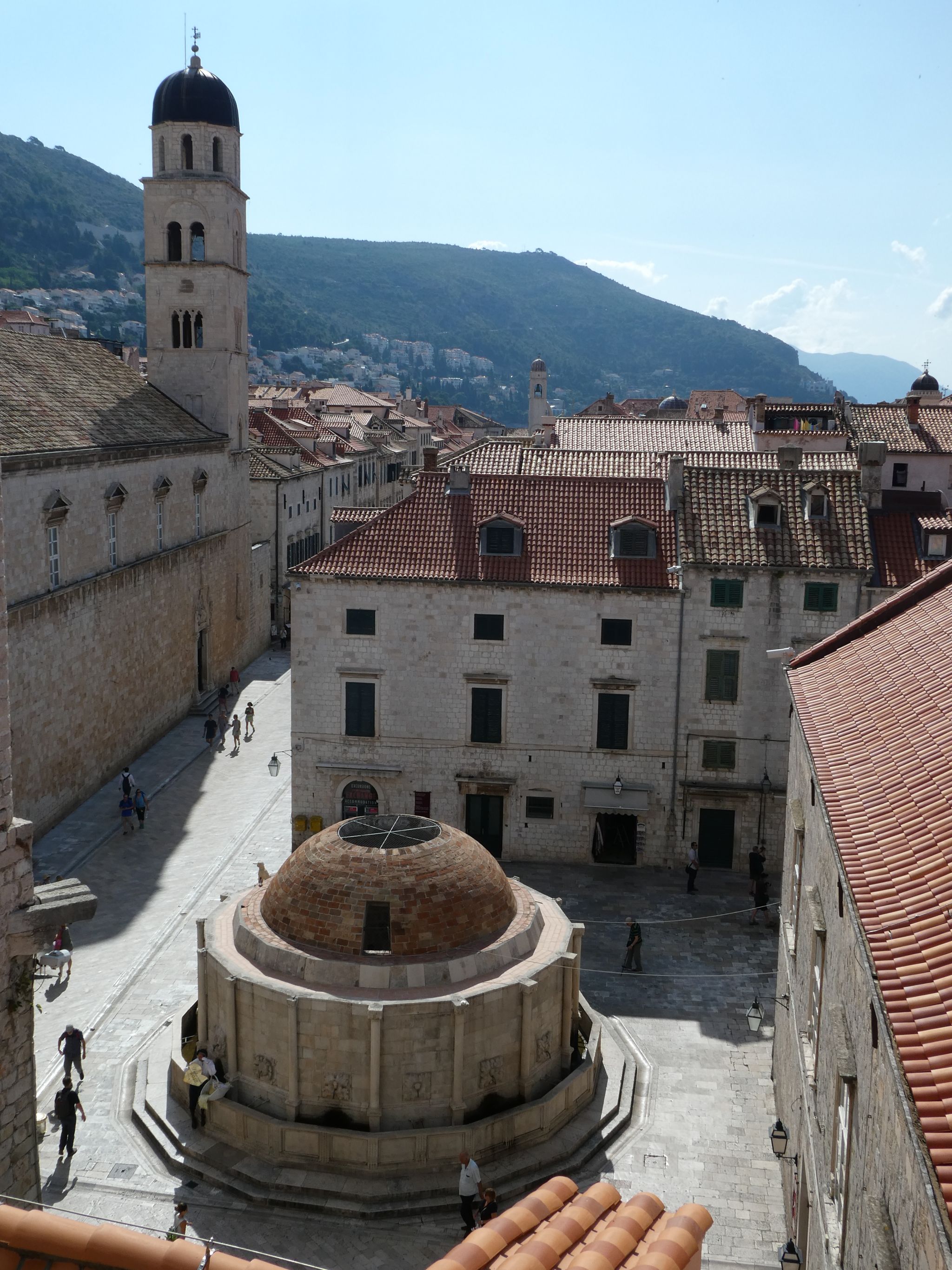 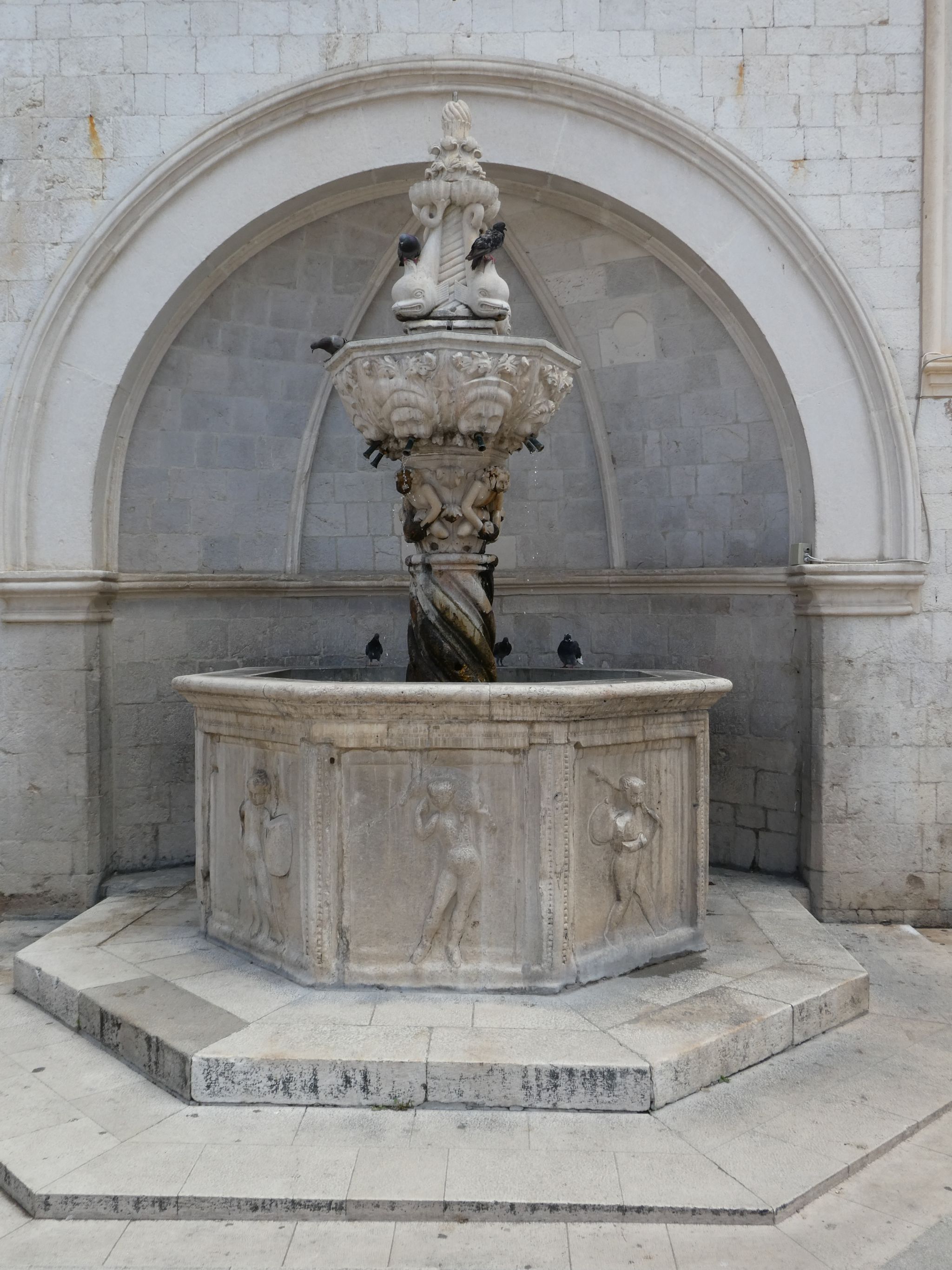 Various sites around the city have been used as locations in the filming of Game of Thrones and this is shamelessly exploited for tourism purposes.  There are GoT tours led by costumed guides, and memorabilia stores at every turning.

Having never watched the show, this held little appeal for us.  Instead we visited the very charming Museum of Love.  It charts some famous love stories with doubtful connection to the city.  The major exhibition is the result of an open invitation to people to donate a single item which has meaning to their own experience of love.  Each item is displayed with a plaque which explains their story.

More challenging but enormously engaging was War Photo Limited.  This gallery houses a permanent collection of photos entitled The End of Yugoslavia which includes many showing the destruction sustained by Dubrovnik.

Comparing some of the photos to the condition of the buildings now, the restoration work is unbelievable.

There are some truly stunning churches. 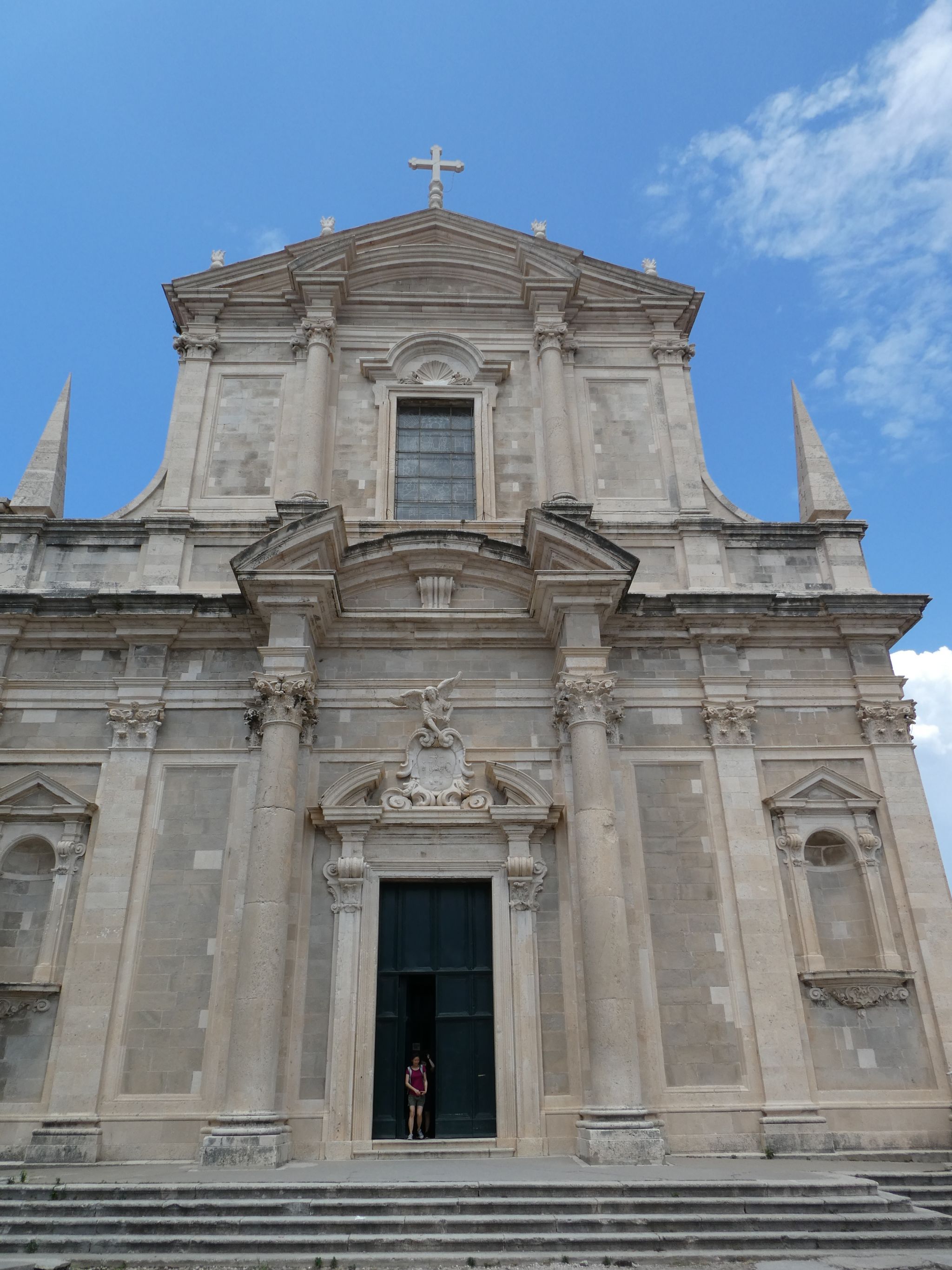 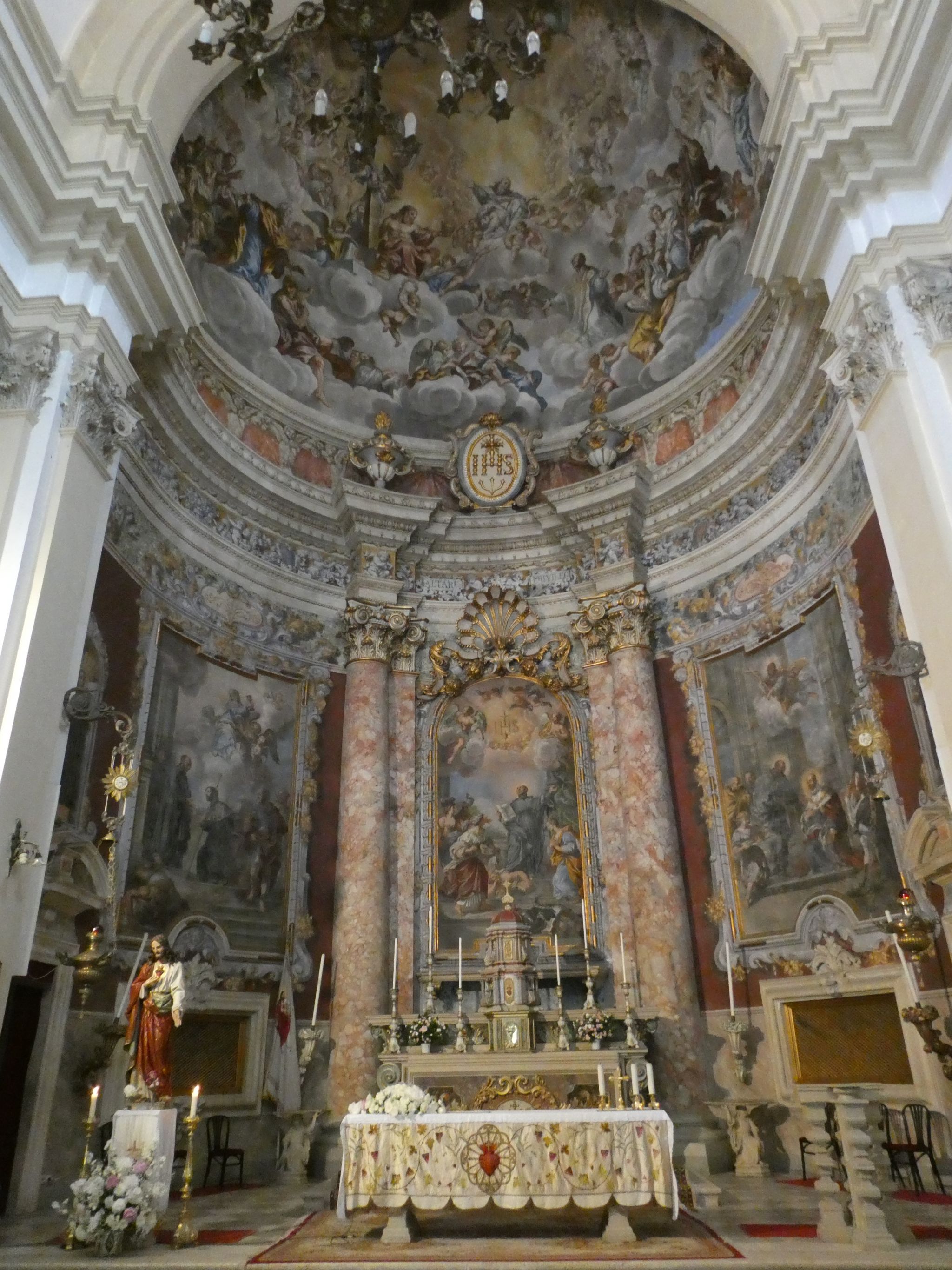 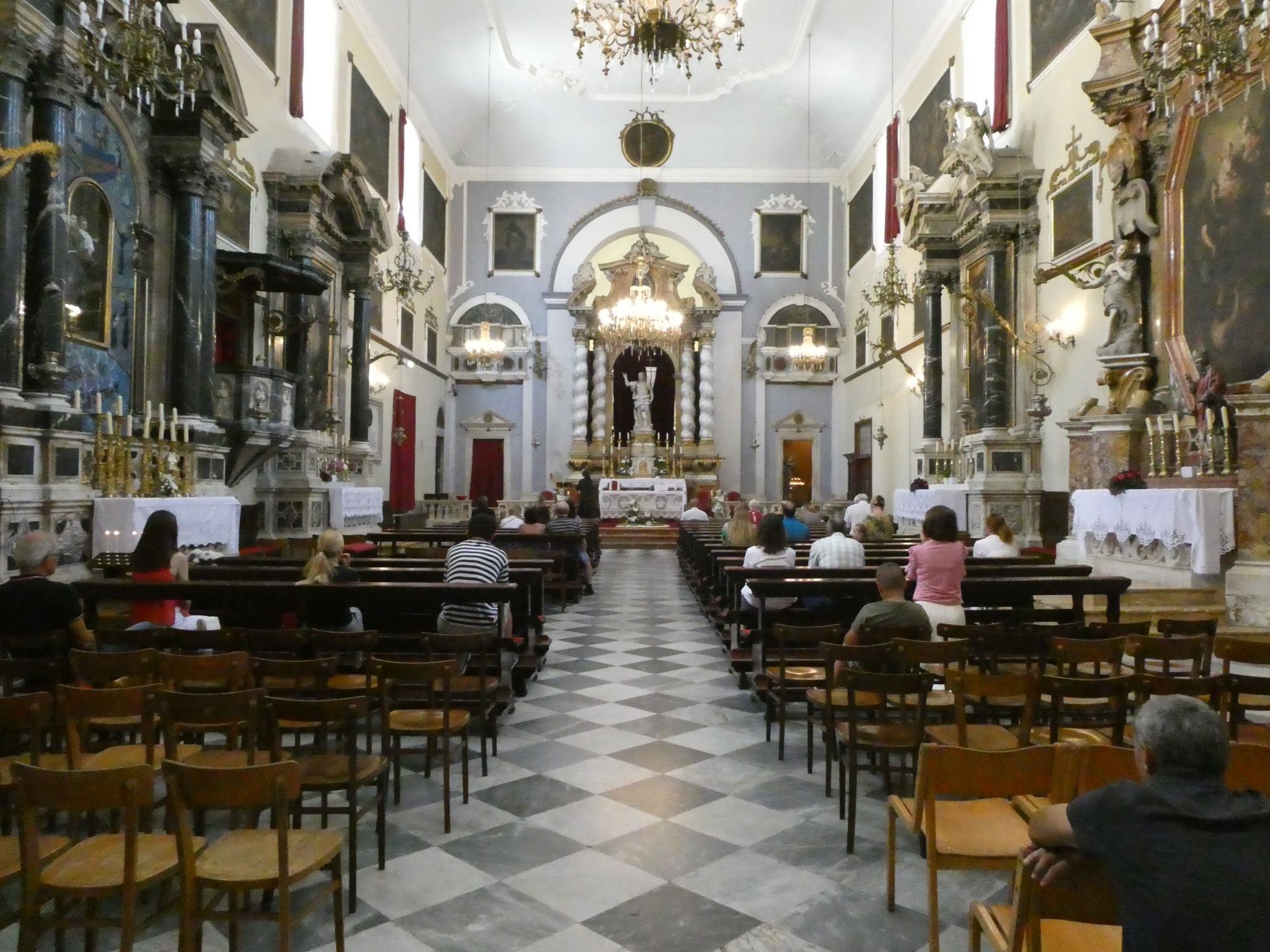 Being a deeply religious soul (not), John is fascinated by the concept of holy relics.  There are some truly special ones in Dubrovnik, including a whole wall of human arms and legs in gold or silver casingss.

The patron saint of the city is St Blaise. And what better way to honour your patron saint than to dismember him, encase various body parts in gold and pop them in a display case.  There’s his right foot, left hand, right hand, a part of his throat and even his head.  Yes, that thing that looks like a jewelled pudding on a platter in the second photo below is indeed his head. 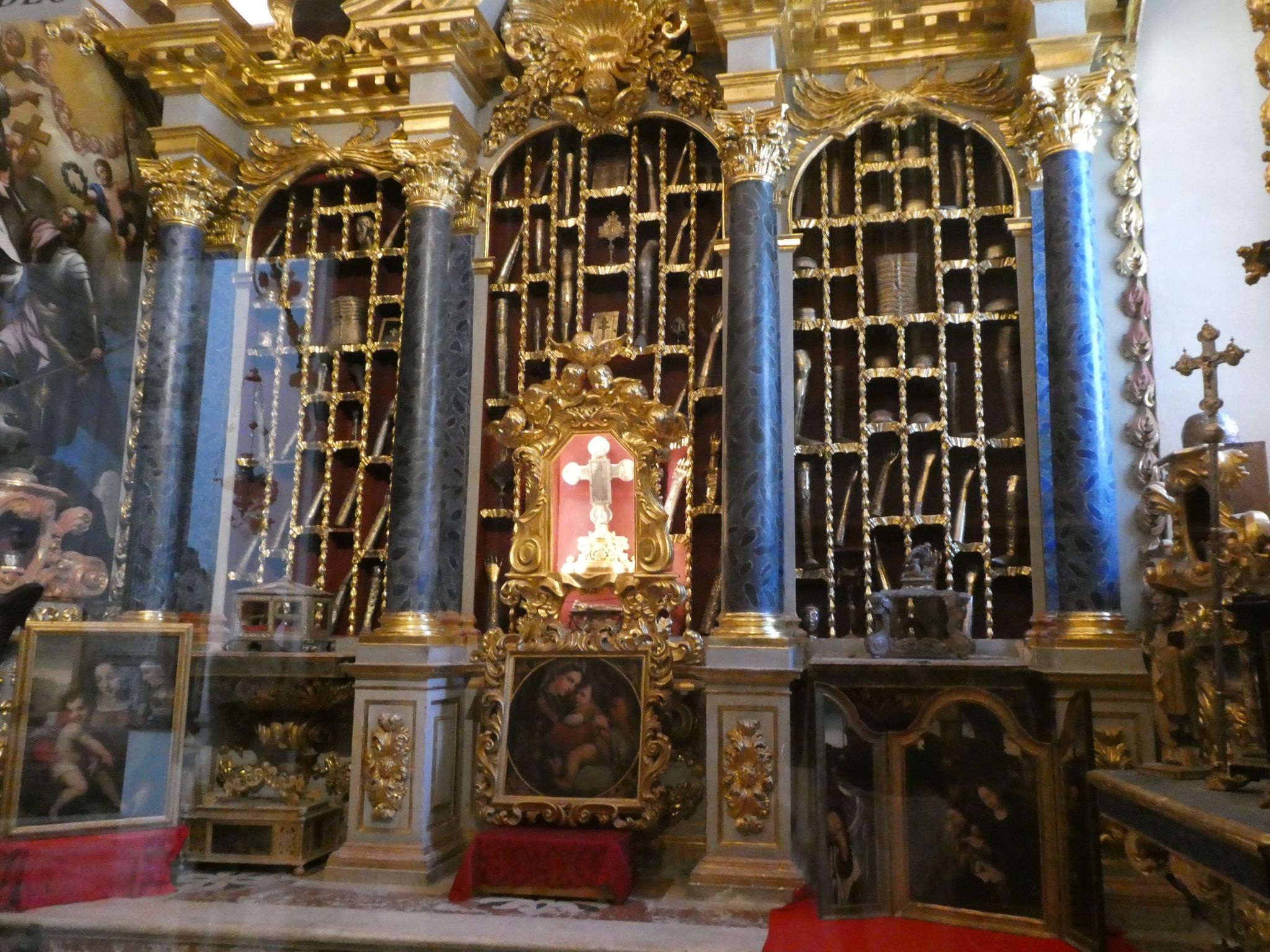 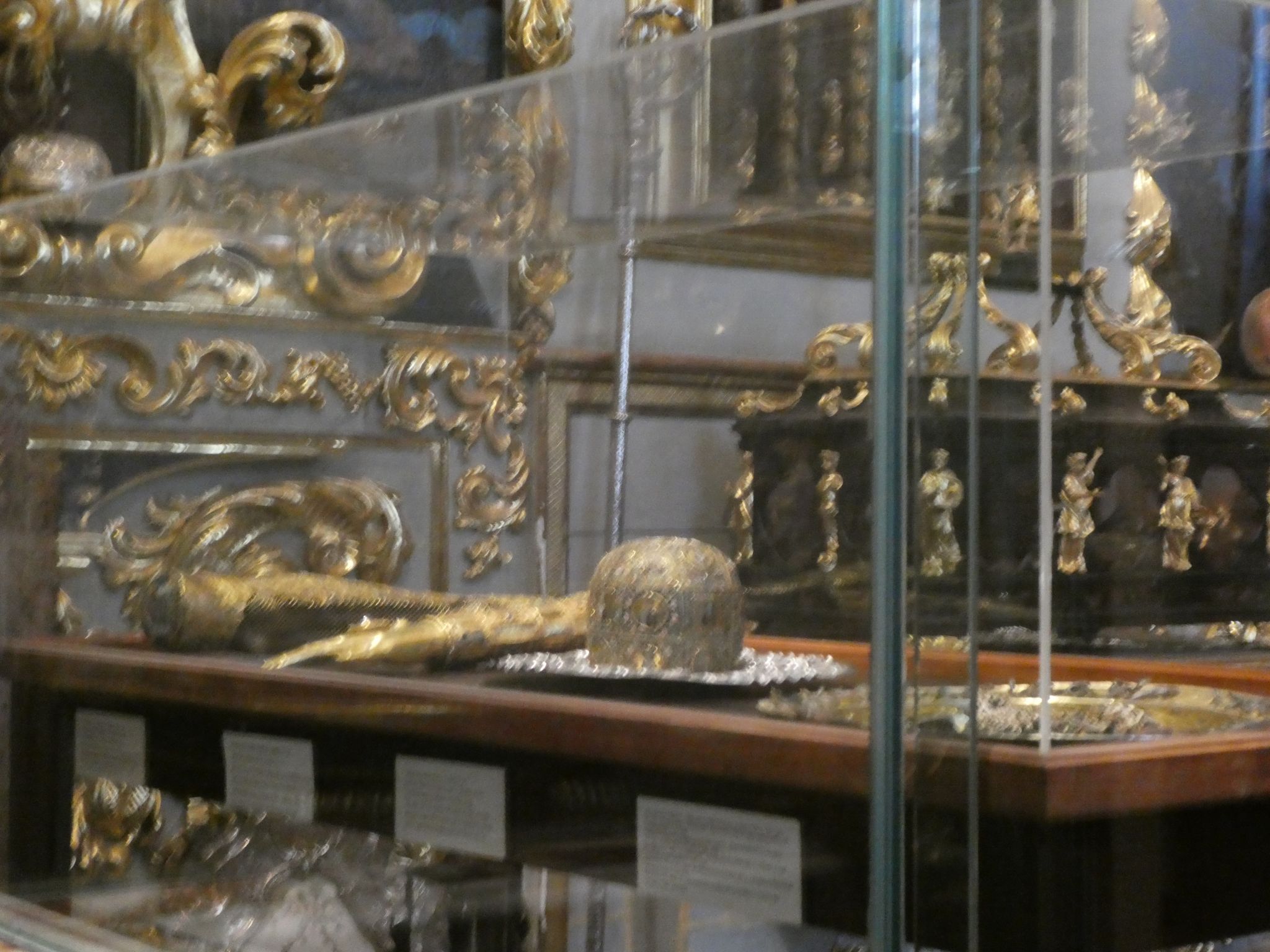 We took a cable car to the top of Mount Srd for a bird’s eye view of the old city. 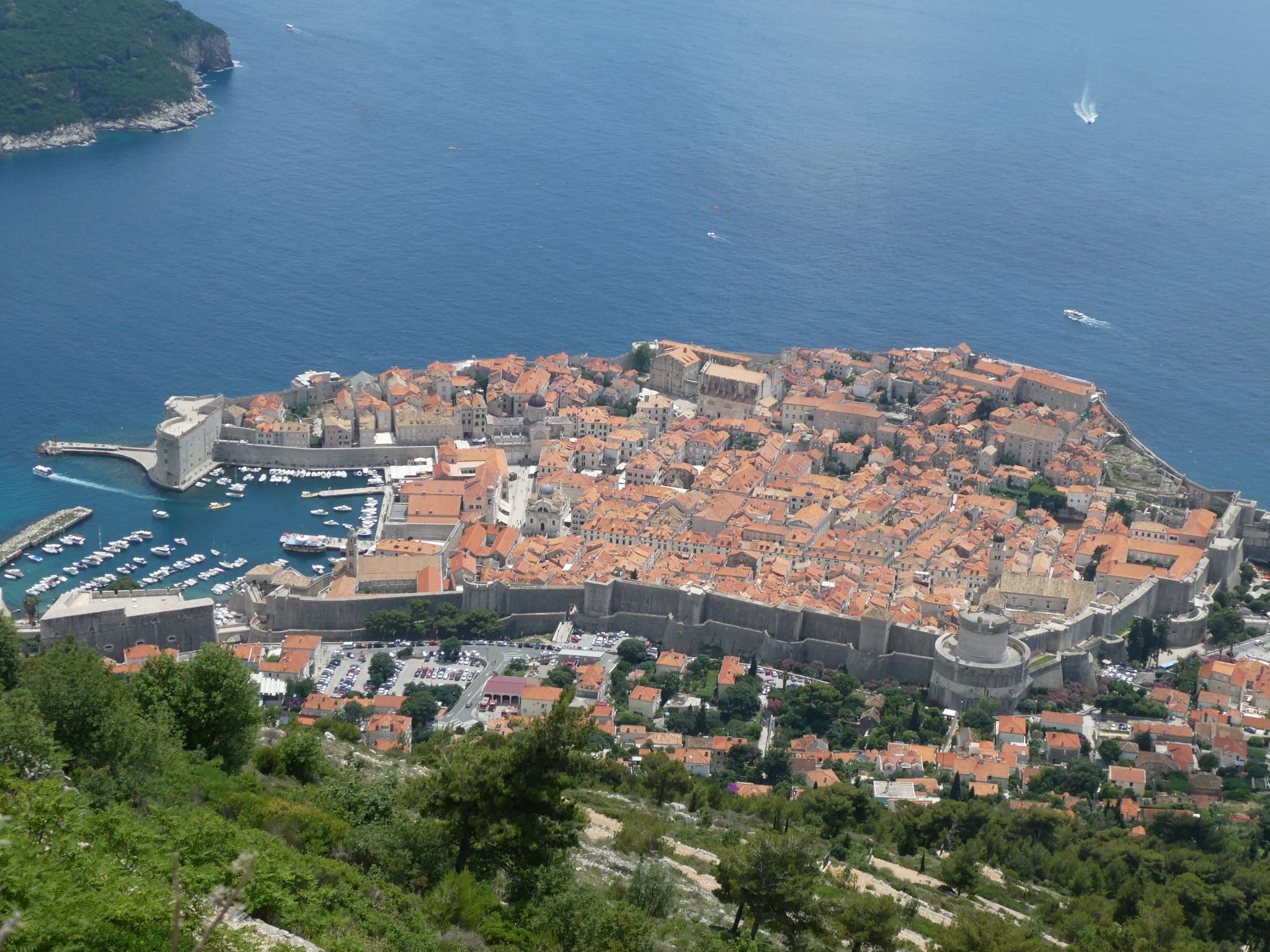 Next to the cable car station is a Napoleonic fort, now largely a ruin, containing an emotive museum describing the role of the fort as the last line of defence against the invading Serbian army in the 1990s war.

No doubt Croatians have a right to feel mightily aggrieved by the attack on Dubrovnik, but we also noted nowhere was there any acknowledgement of Croatia’s deal with Serbia for the two countries to split Bosnia and take half each, and no mention of the immense human toll which Bosnia suffered as a result.   Such is the complexity of Balkan history.

From Dubrovnik we caught a ferry to Mjlet and as we left the harbour we could see no less than four massive cruise ships docked.  This is despite the fact that in 2017 the city authorities brokered a deal with the cruise ship companies for a roster system to limit the number of ships in port at any given time.  It must have been hell before.

We were headed for the opposite experience – a village of 70 with no public transport or dock, on an island which is mostly national park.  Blissful quiet awaits…