For centuries, Sarajevo was a central point on trade routes linking east and west.  Its position gave it economic and strategic importance and a constant influx of ideas, cultures and ethnicities.  Conquered by the Ottomans in 1462, it was a significant outpost of the Ottoman Empire for over 400 years.

With the fall of the Ottoman Empire in the late 1800s, Bosnia was controversially annexed by the Austro-Hungarian Empire in 1908.  This was not too popular with anyone in the region and on 28 June 1914, the heir to the Austro-Hungarian throne, Archduke Franz Ferdinand, was assassinated in Sarajevo by a nationalist youth.  Students of history will recognise this as, in simplistic terms, the event that triggered World War 1.  The site of the assassination is marked. 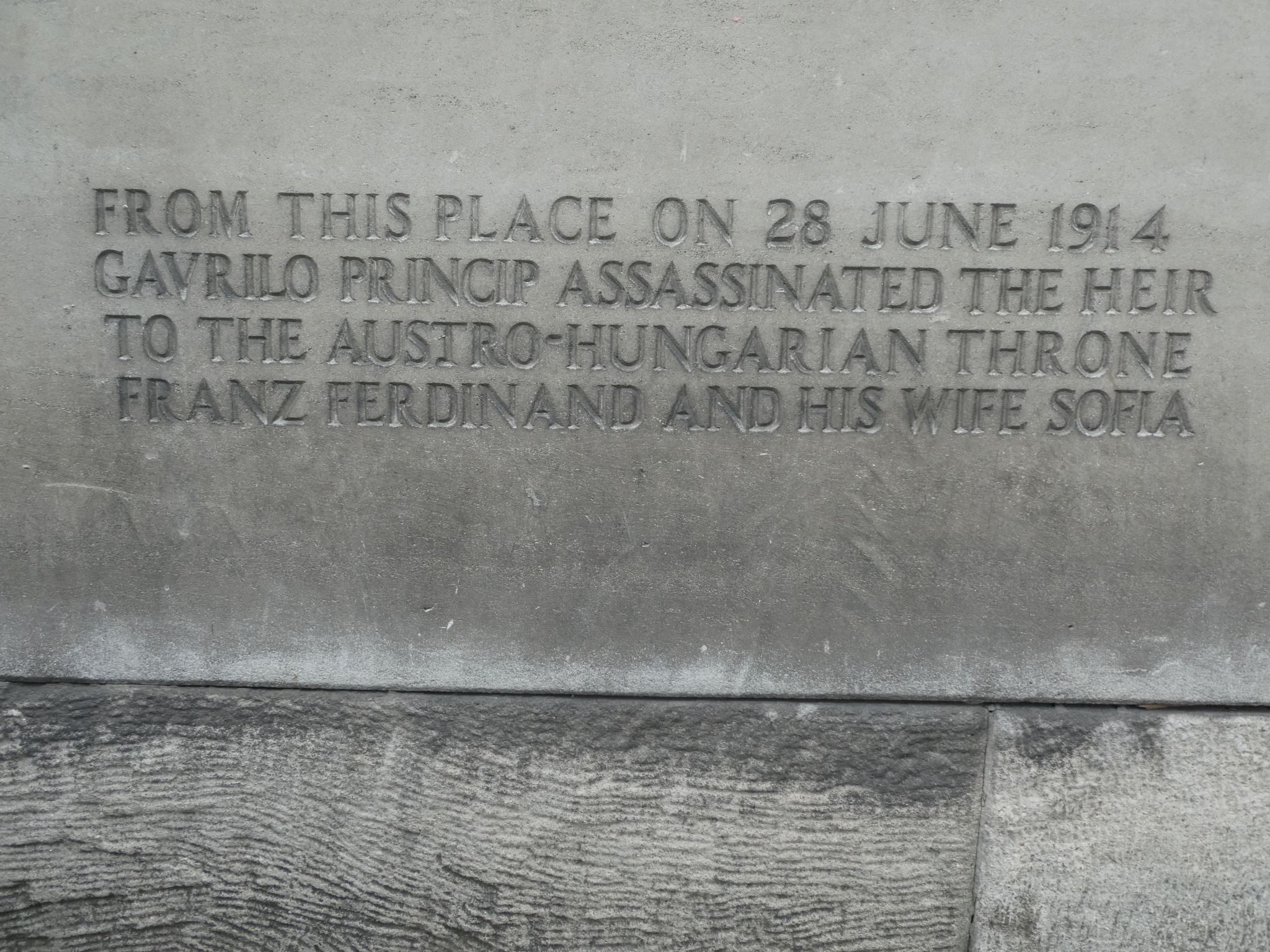 Thus for hundreds of years, Sarajevo has been multi-ethnic.  Orthodox Christians of Slavic origin lived side by side with Muslim descendants of the Ottomans and of locals who converted during the Ottoman period.  Although ethnic tensions simmered during periods of war and nationalist struggles, everyone we spoke with said that prior to the 1990s war, for ordinary people in the community, things were harmonious and no one cared too much about the ethnicity or religion of others.

When Croatia and Slovenia split from Yugoslavia, the Bosnian parliament divided along ethnic lines as to whether to do the same.

In a referendum in March 1992, Bosnians voted overwhelmingly for independence.  Although the Serb population had been urged by its politicians to boycott the vote, the referendum result was accepted as legitimate by the international community.  Bosnia and Herzegovina (BiH) was recognised internationally as a sovereign nation and admitted to the United Nations in May 1992.

However, prior to the referendum, Bosnian Serb parliamentarians had resigned from the central authority and declared a seperate republic centred in the north east of the country.  They intended it to be an ethnically Serb state, despite the fact that many Muslims lived there.  The republic was not recognised by the central government or the international community.  These politicians refused to accept the referendum outcome and continued to assert the existence of a seperate republic.  From August 1992 they named it Republika Sprska.  Whilst Serbia denied involvement, it is clear Republika Sprska was funded and co-ordinated by Serbia in concert with the Bosnian Serb politicians.

Even prior to this, in March 1991, the then Presidents of Croatia and Serbia had entered a secret agreement to obliterate Bosnia and split the territory between them to create a Greater Croatia and a Greater Serbia.

Against this background, following BiH’s declaration of independence, the Yugoslav People’s Army – in effect Serb armed forces – fought the regular Bosnian army for control of central and eastern Bosnia.  In Sarajevo, this resulted in a siege of the city which was to become the longest siege in the history of modern warfare.

The UN International Criminal Tribunal for the Former Yugoslavia, following years of analysis, evidence gathering and war crimes trials, made this succinct assessment: 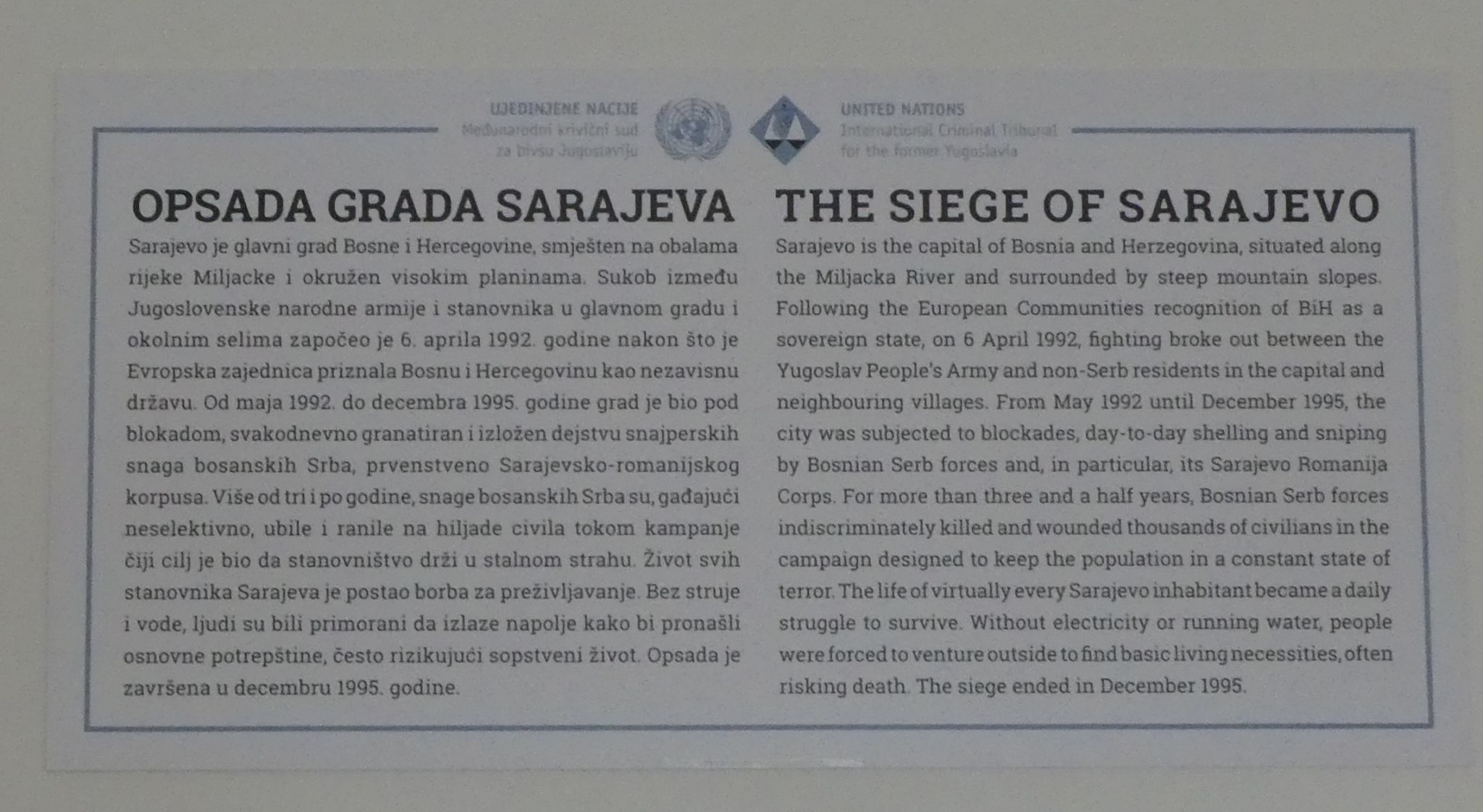 As noted, Sarajevo sits in a valley surrounded by hills and the Serb forces quickly encircled the city, taking positions overlooking it.  From here they shelled the city and snipers targeted individuals moving in the streets.  It seems clear the Serb forces could have overrun the city had they wished to, but their intention was not so much to take Sarajevo but rather to draw Bosnian defence resources away from the area to the east, around the self-declared Republika Sprska, to enable Serb forces to take control there.

Access in and out of Sarajevo was effectively limited to the small bottleneck you can see in the below diagram. 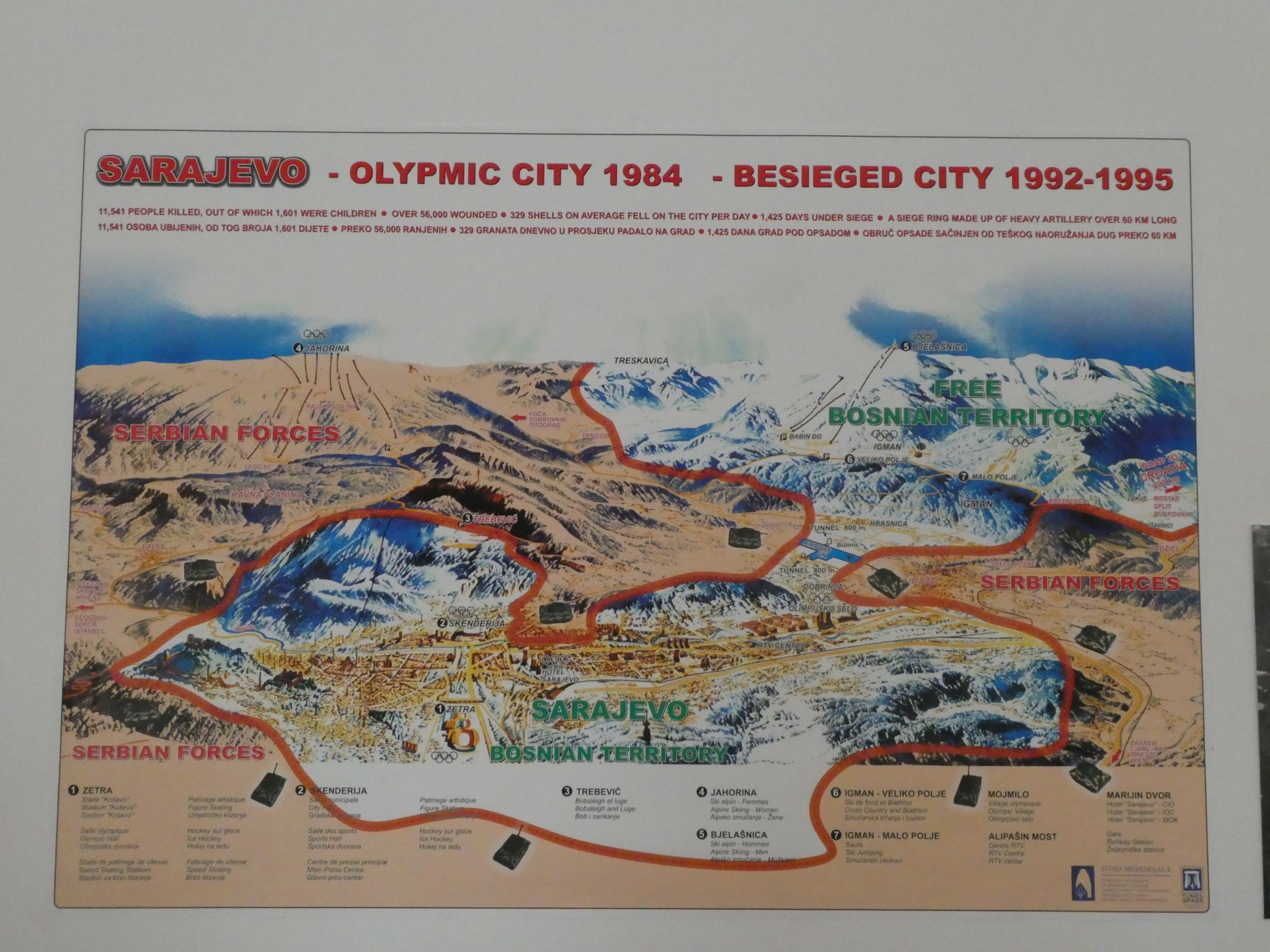 The access point was so narrow that snipers could cover the territory, preventing food and other necessities being brought in, and preventing the city’s residents from safely leaving.

The embattled BiH army held onto a small area around the airport near this bottleneck and in one of those amazing feats that wars bring forth, a tunnel was built from beneath a house next to the airport, under the runaway, emerging in the free BiH territory outside the besieged area.  The tunnel became a significant means of smuggling goods in, and people in and out.  That building now houses the Tunnel Museum and it is possible to walk a section of the tunnel. 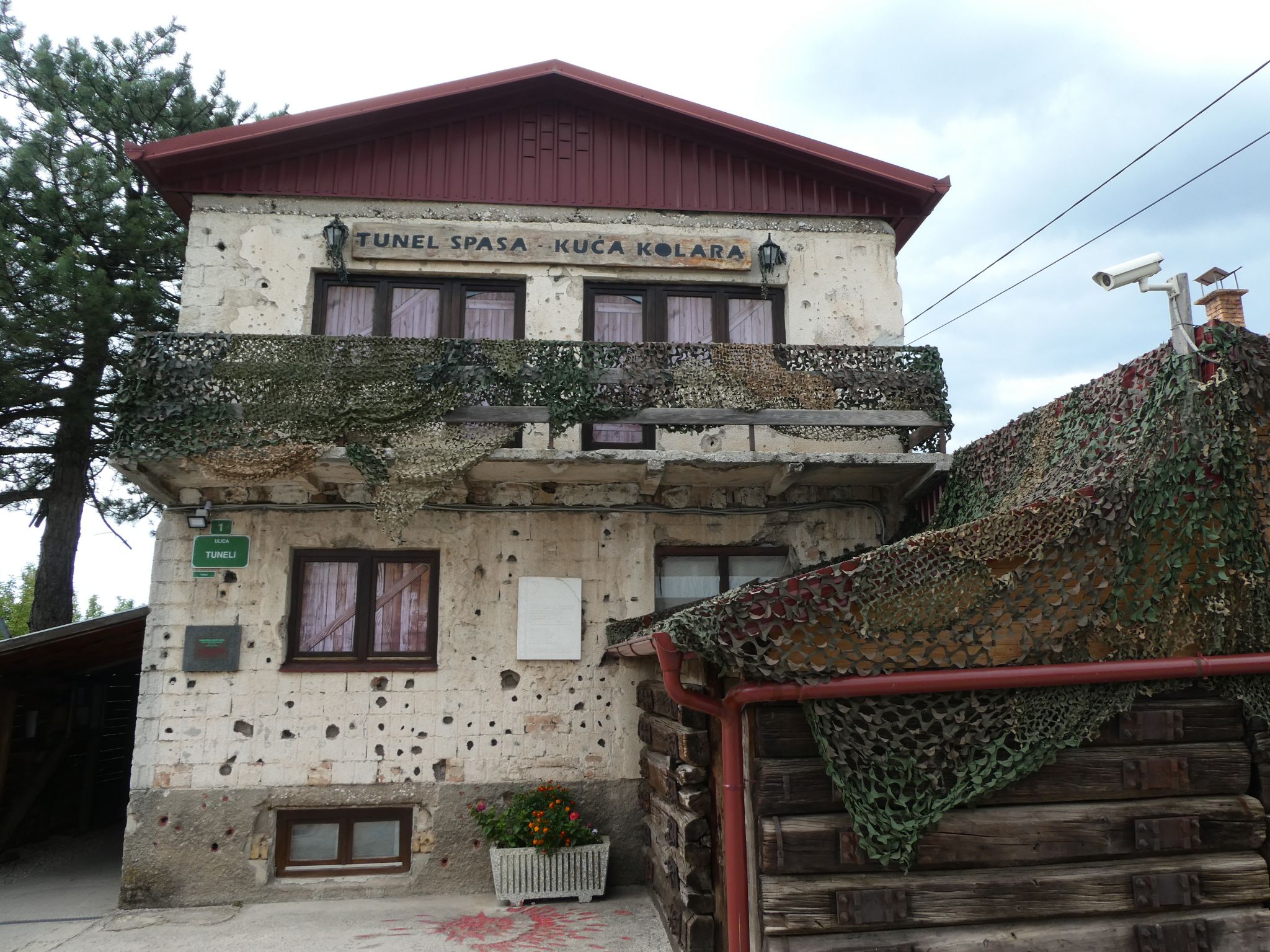 Reminders of the siege are everywhere in Sarajevo.  Shells exploding on impact cause a damage pattern a bit like a rosette.  Where a shell explosion resulted in deaths, the impact damage has been painted red and these are known as Sarajevo Roses. 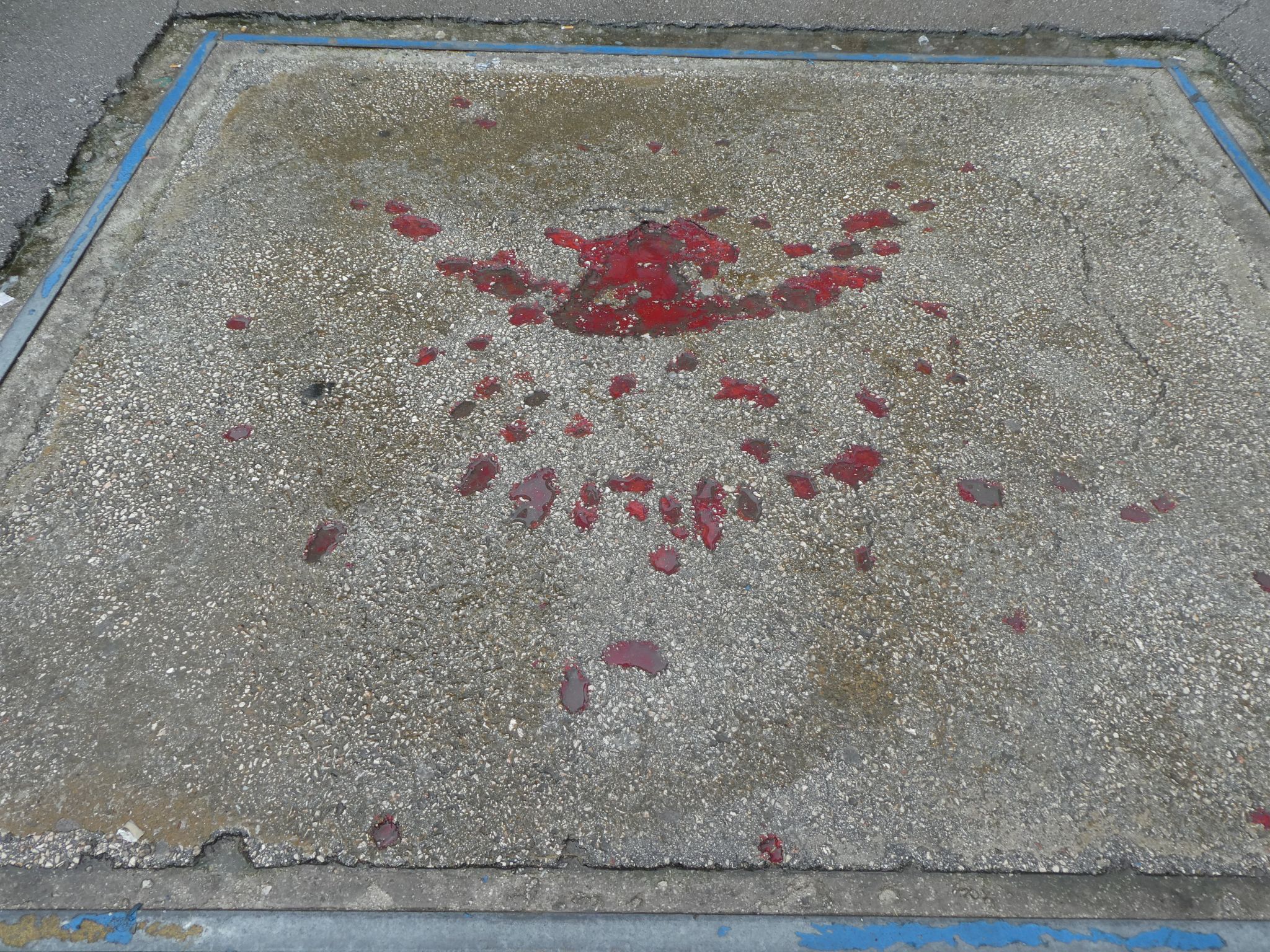 The derelict ruins of some buildings destroyed by shelling remain untouched.  One of the more reprehensible acts during the siege was the apparently deliberate shelling of this maternity hospital. 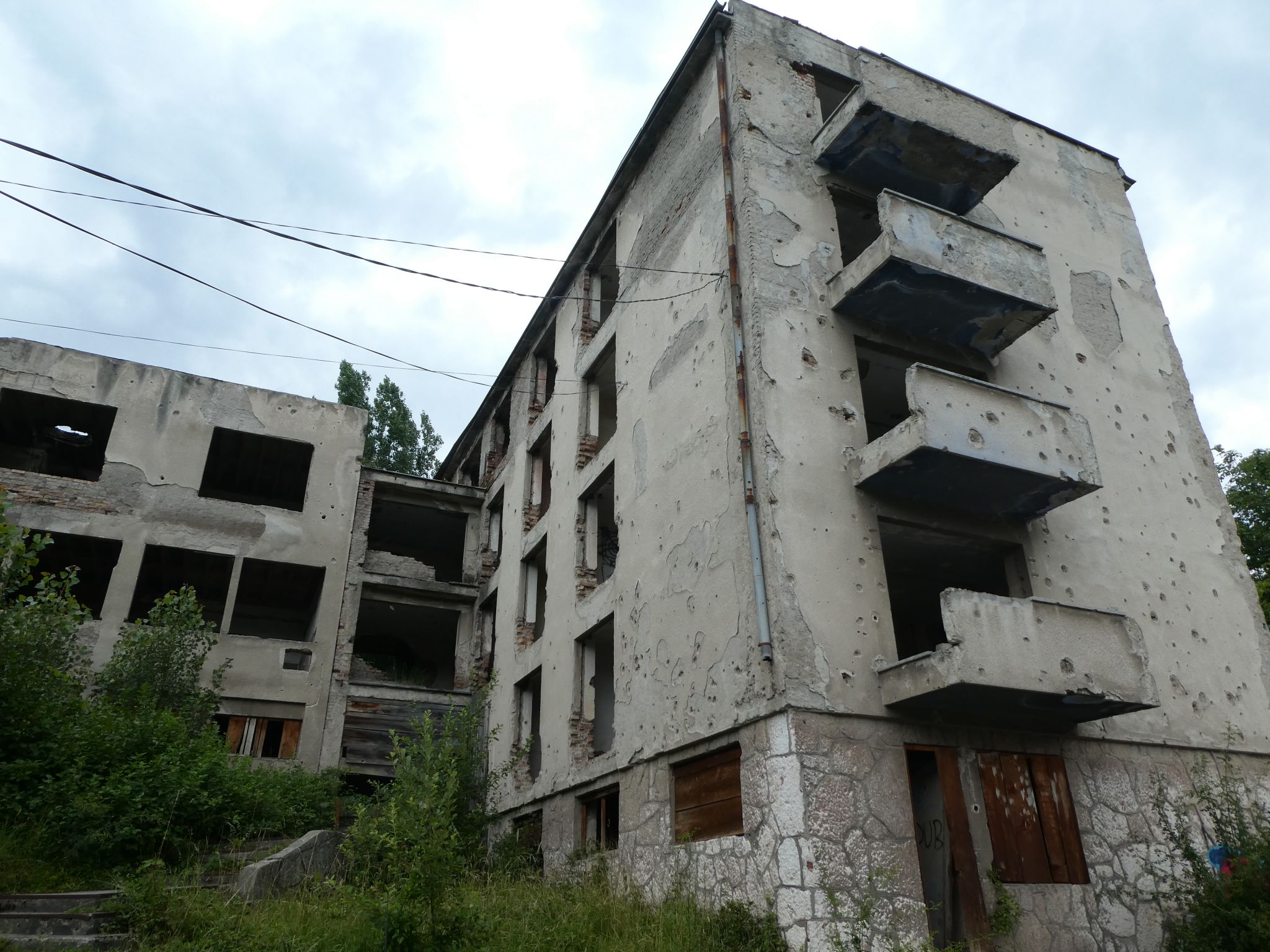 However the centre of the city, with its Ottoman-era market quarter and Gazi-Huzrevbey Mosque built in 1531, have been meticulously restored.  Also restored is the Sebilj water fountain.  Legend says that anyone who drinks twice from the fountain is bound to return to Sarajevo. 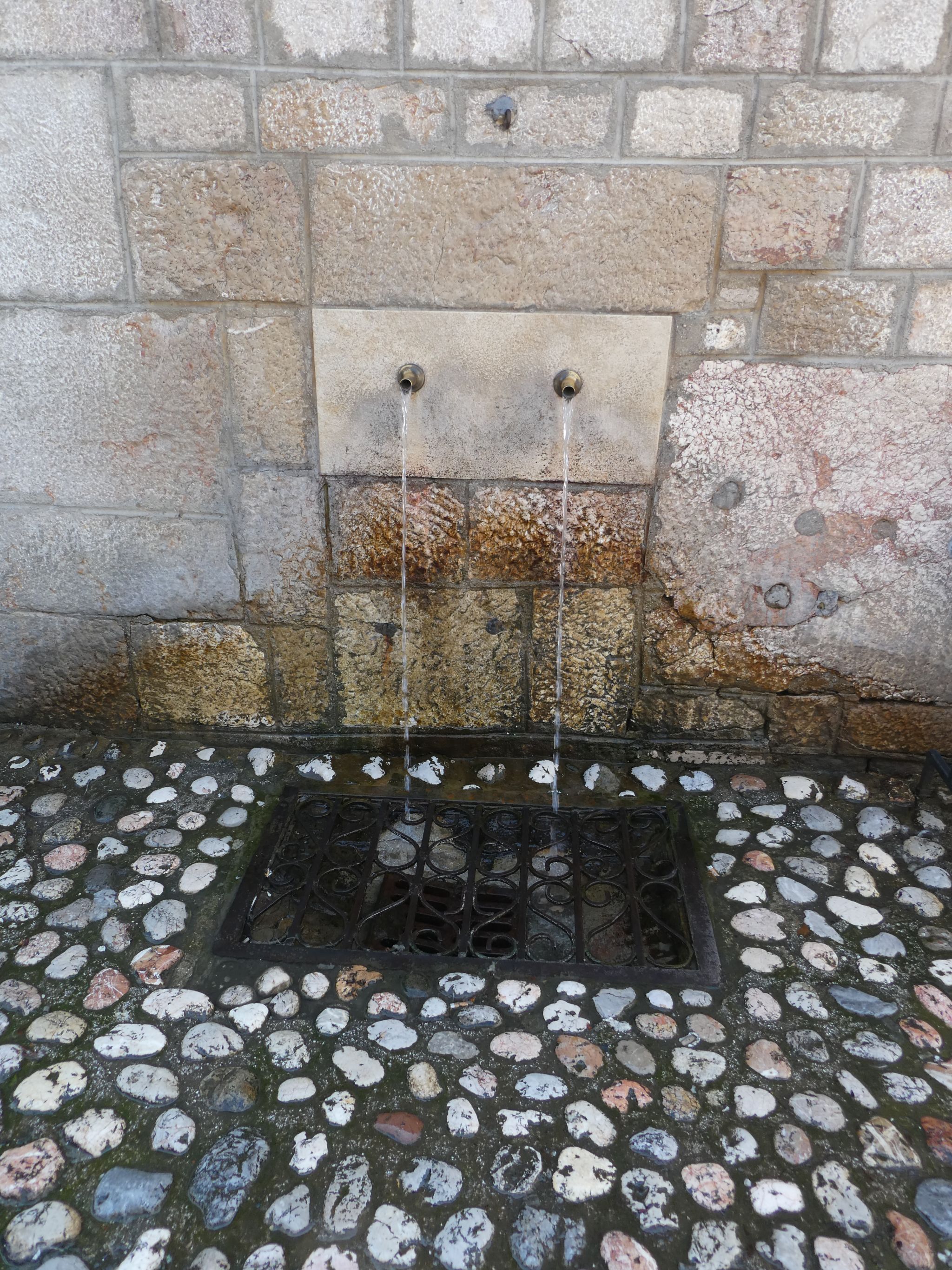 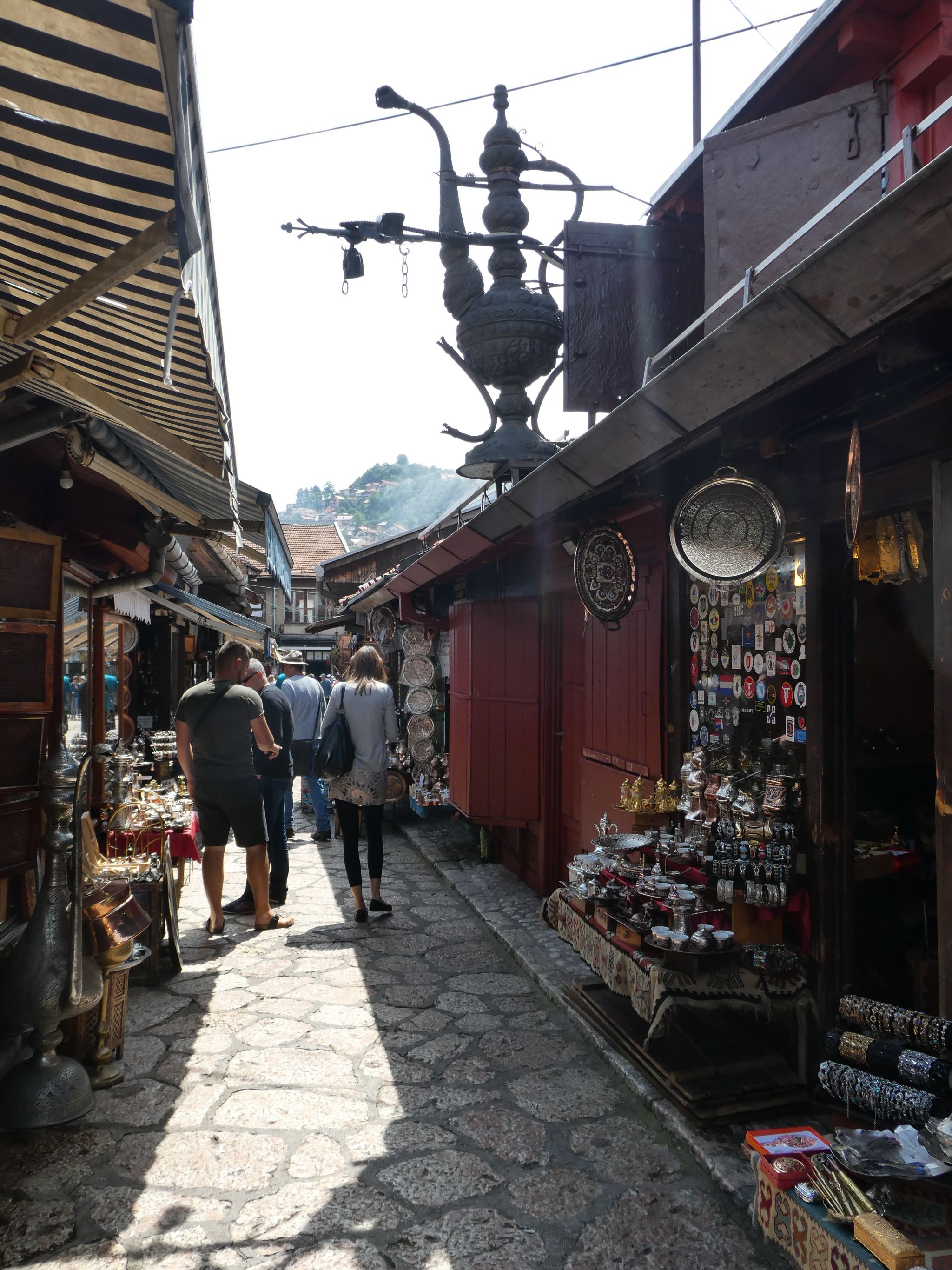 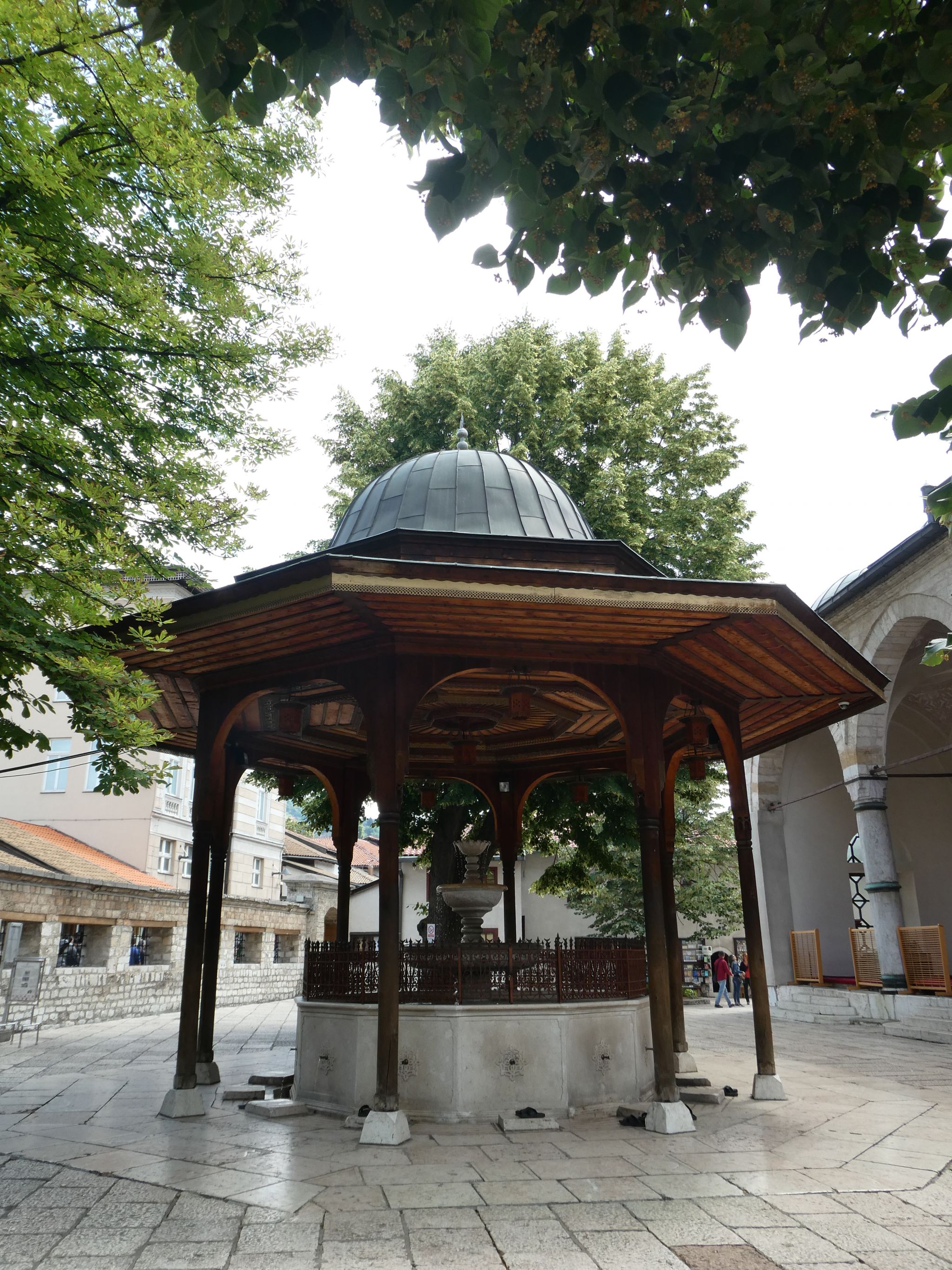 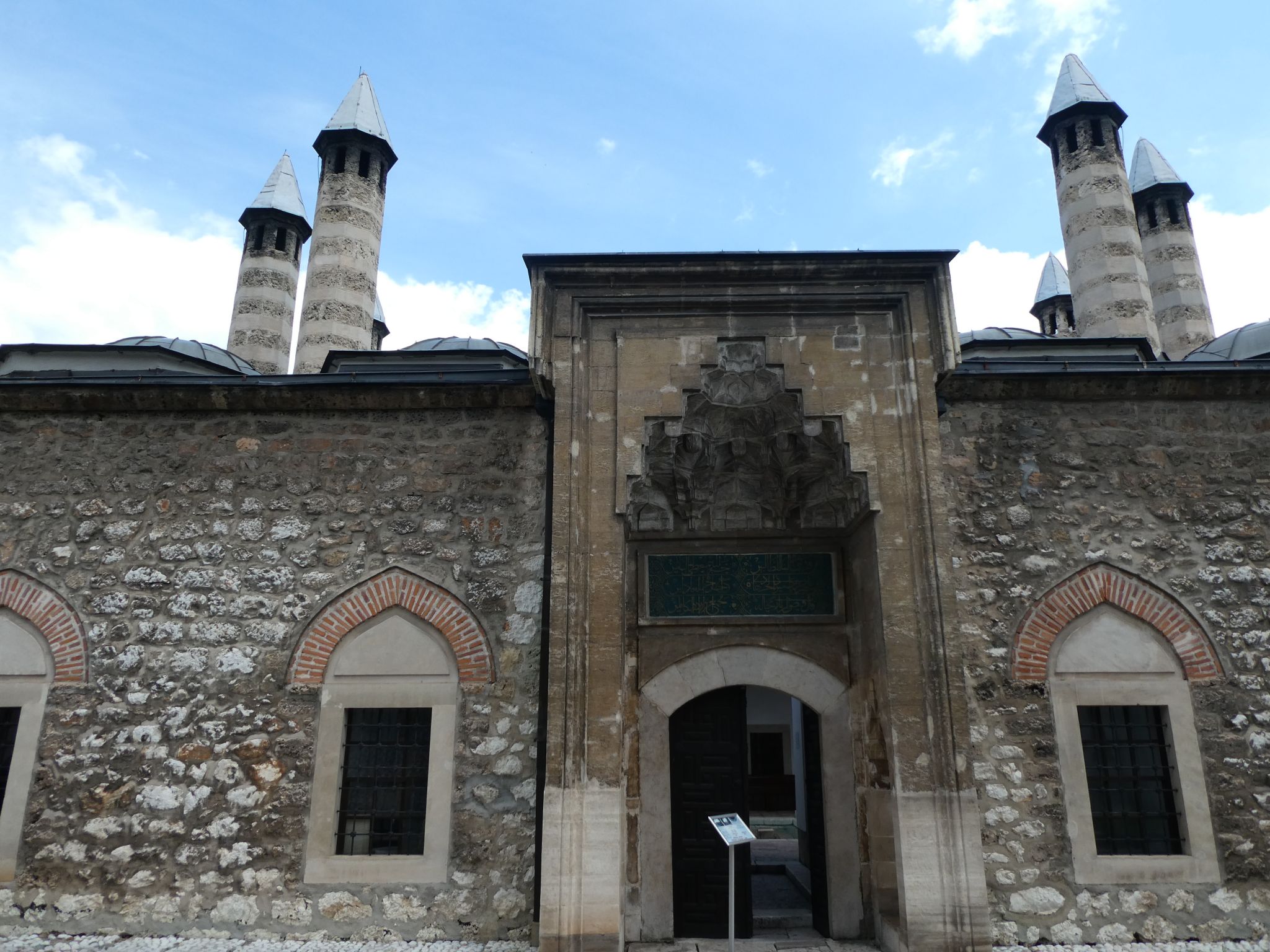 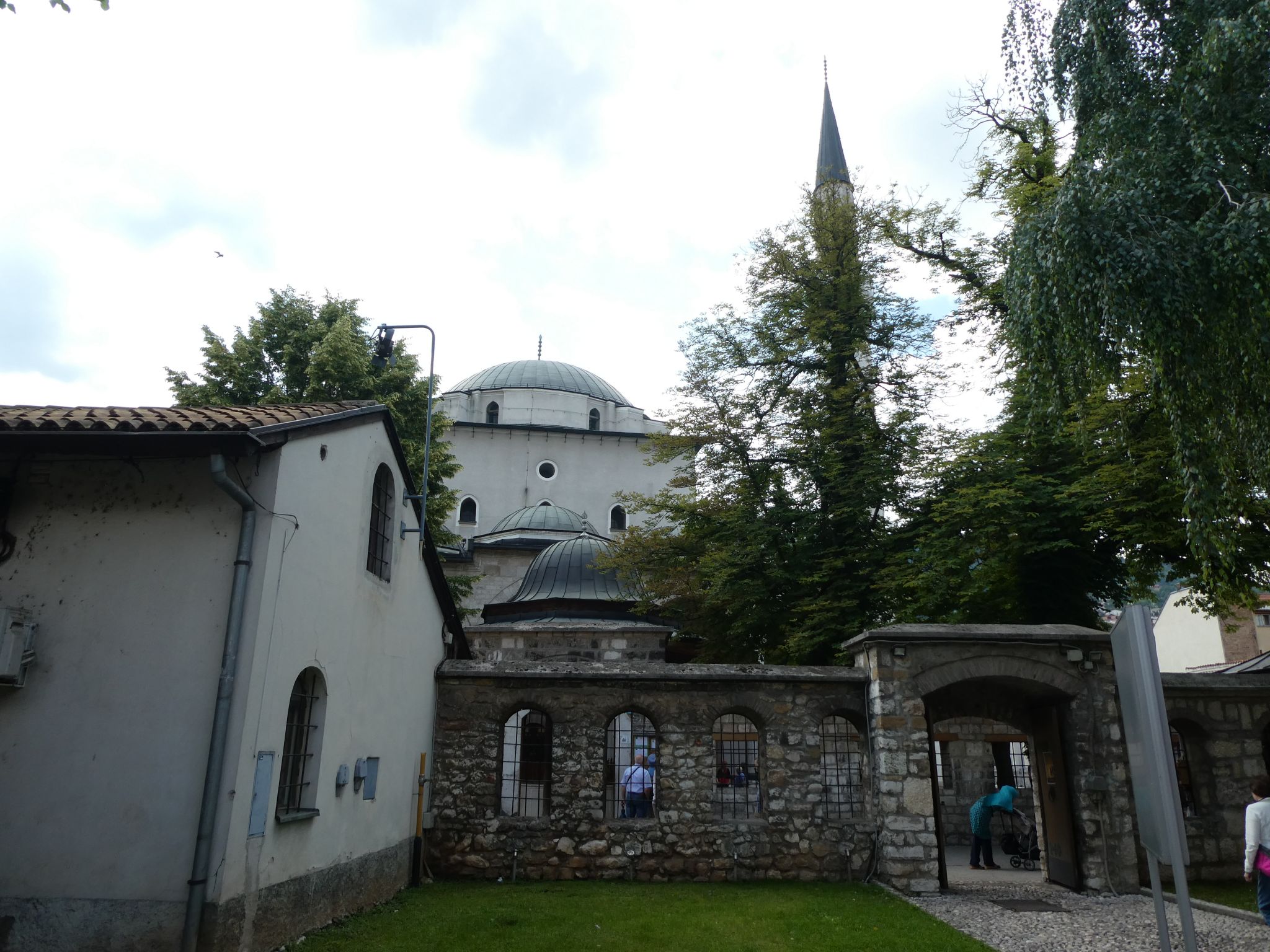 The Town Hall, built in 1898 during the brief Austro-Hungarian era, was badly damaged and restoration was only completed in 2014.  It is stunning.  It houses an exhibition and working rooms relating to the prosecution of war crimes committed during the 1990s war. 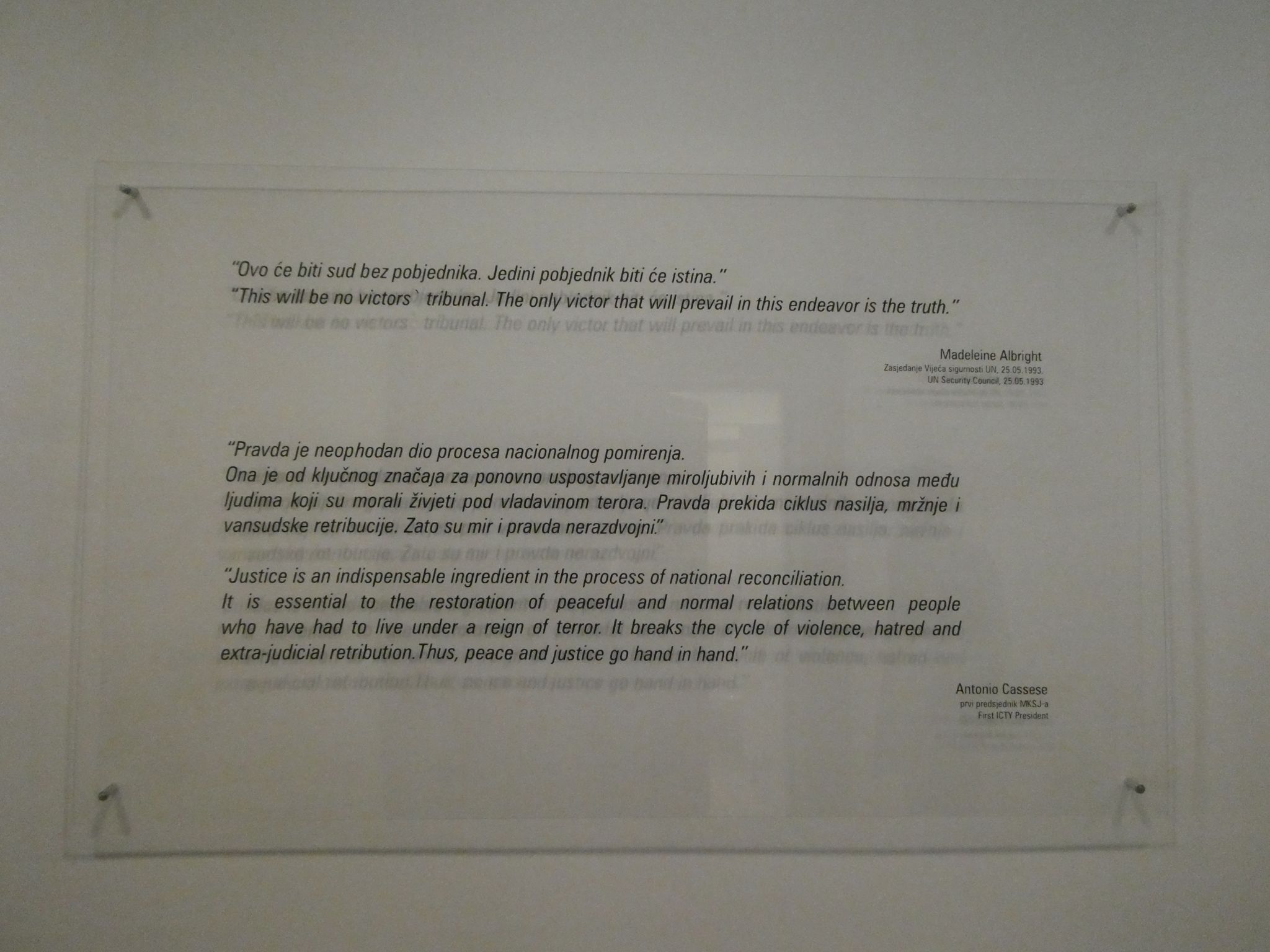 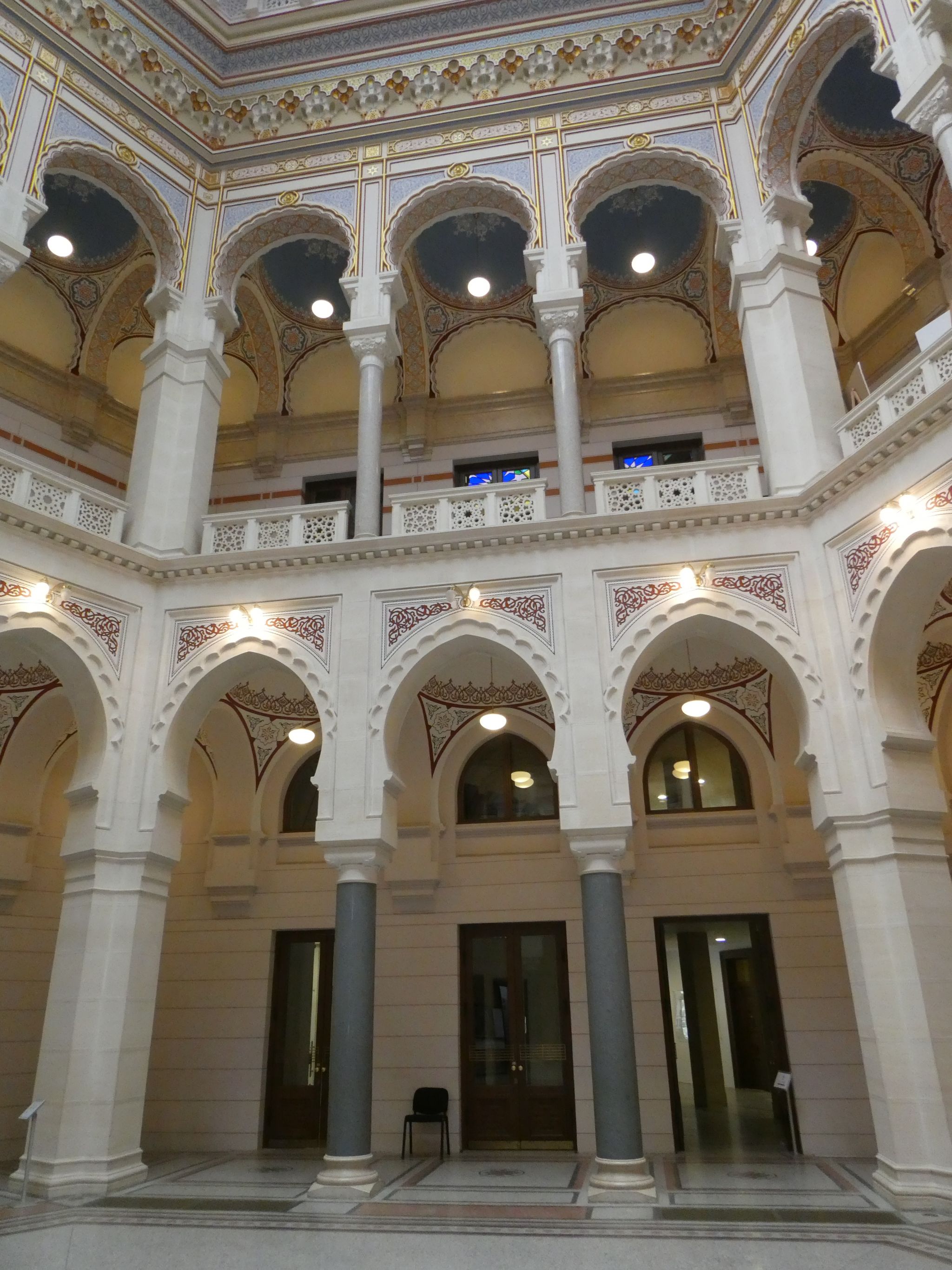 Sarajevo has several museums dedicated to the 1990s war, including Gallery 11/07/95 which focuses on the Srebrenica genocide (see next post) and which also has some interesting films and interview footage made during the siege.

We also visited the very moving War Childhood Museum, a gallery comprising items donated by survivors who were children during the siege, each one accompanied by the story of why the item is significant.  These include a jumper belonging to a survivor’s younger brother who died during shelling of the city together with a photograph of the boy wearing that jumper, and a collection of chocolate wrappers which one child treasured as a luxury since the prospect of having actual chocolate was non-existent.

You can’t help the feeling the city and its residents have been indelibly scarred by the siege and related events.  Certainly there is a determination that what occurred is not forgotten.  But there’s also an optimism, friendliness and relaxed vibe that makes this a great place to visit.

Sarajevo has great ski-ing in winter, we are told, and at a fraction of the cost of ski-ing in middle Europe.

Not bobsledding, though.  If you ever wondered what happens to Olympic infrastructure after the games have left town, just check out the current state of the famous bobsled course built for the 1984 Winter Olympics.  Strangely, this, too, has become a tourist attraction. 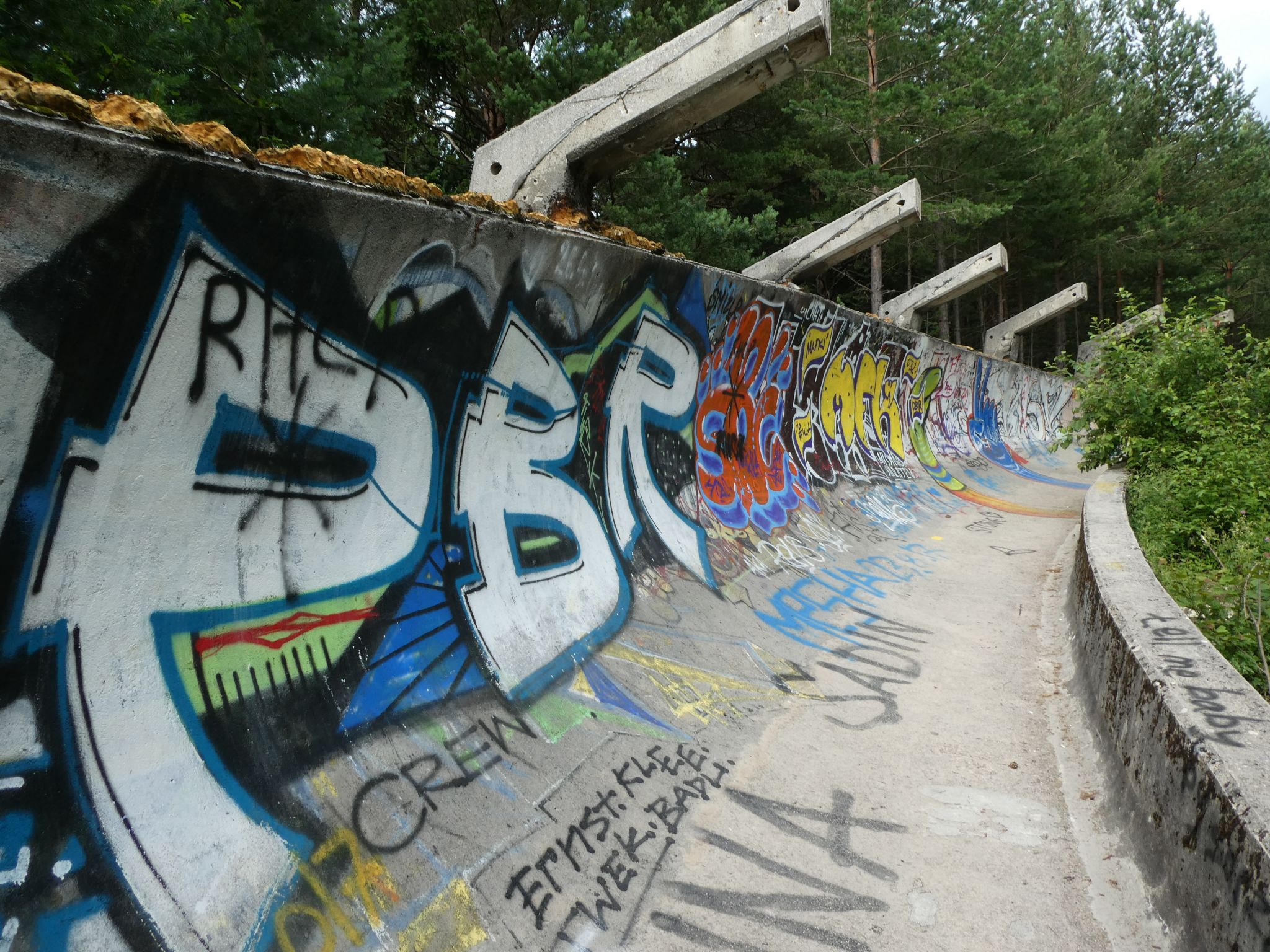 Sarajevo is a revitalised city, with a vibrant cafe and music culture, some lively bars and lots going on.  Some of the best cake shops ever!  The city centre is very beautiful and the surrounding countryside has some great forest hiking.  We didn’t drink twice from the fountain, but we certainly left with the view that we may well return one day.