Can’t find a retirement village you like?  Build your own!

The only Roman Emperor ever to retire, Diocletian had the white marble Diocletian’s Palace built between 295 and 305AD as his retirement home.  After his death, it was used as a retreat by later Roman rulers.  In the 7th century, residents of a local town threatened by invasion moved en masse to live within the Palace walls, and their descendants remain to this day.  Thus, Split has the white marble spectacle of Dubrovnik and Korcula, but is a living, working local community as well as a tourist attraction.

Approaching from the sea, it is truly majestic. 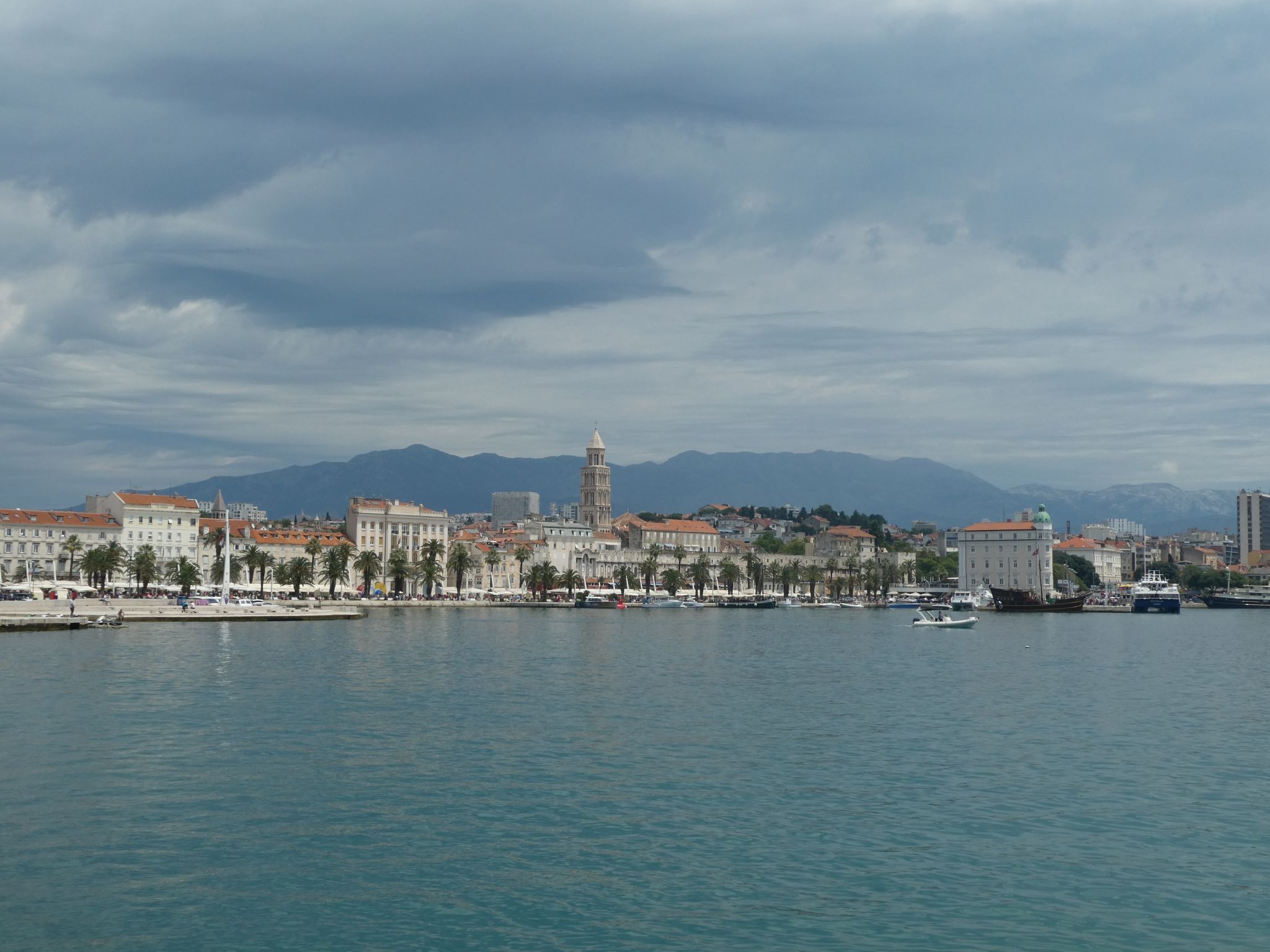 Inside the perimeter wall is a labyrinth of marble streets filled with shops, bars, restaurants, museums and galleries. 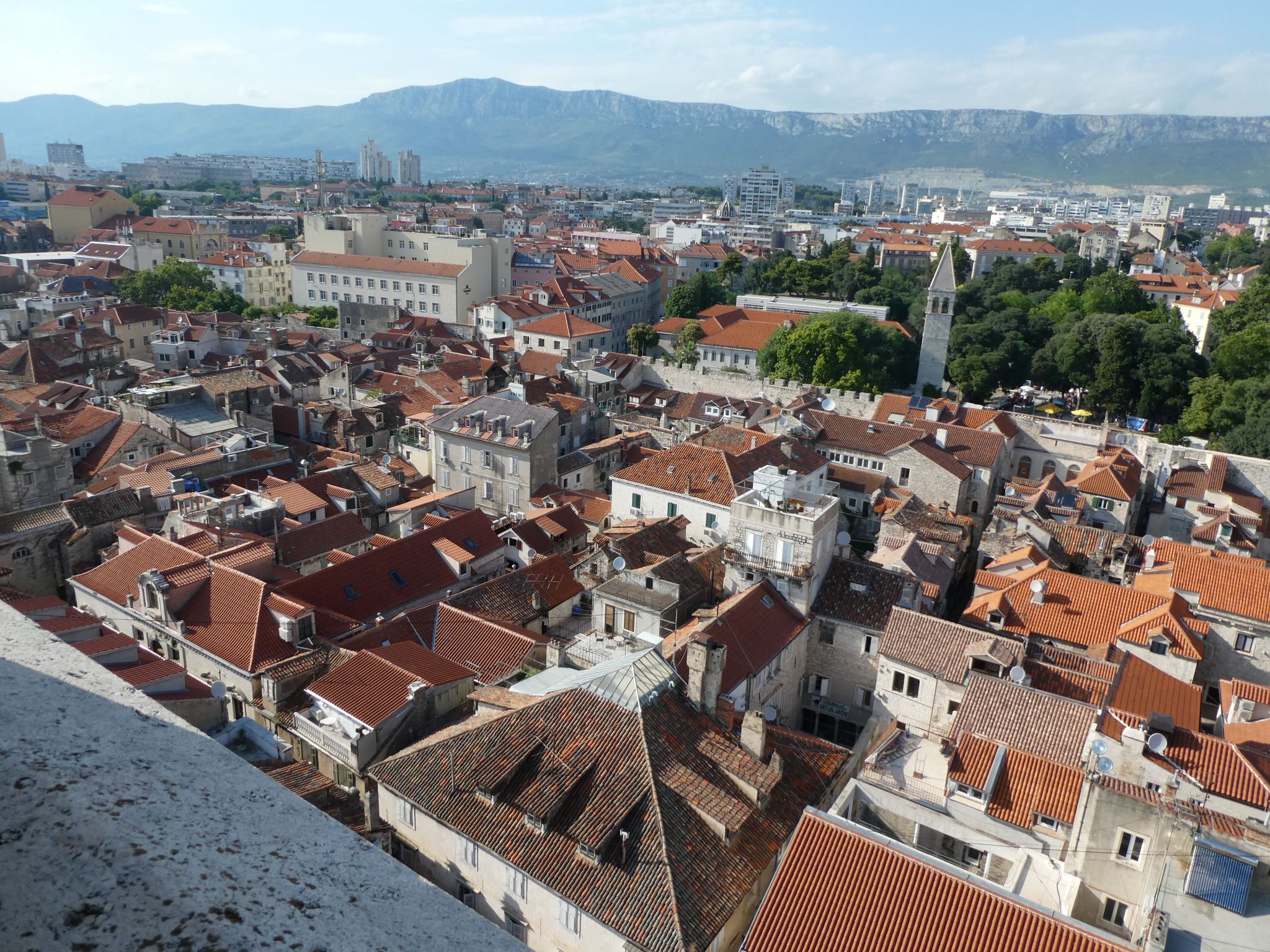 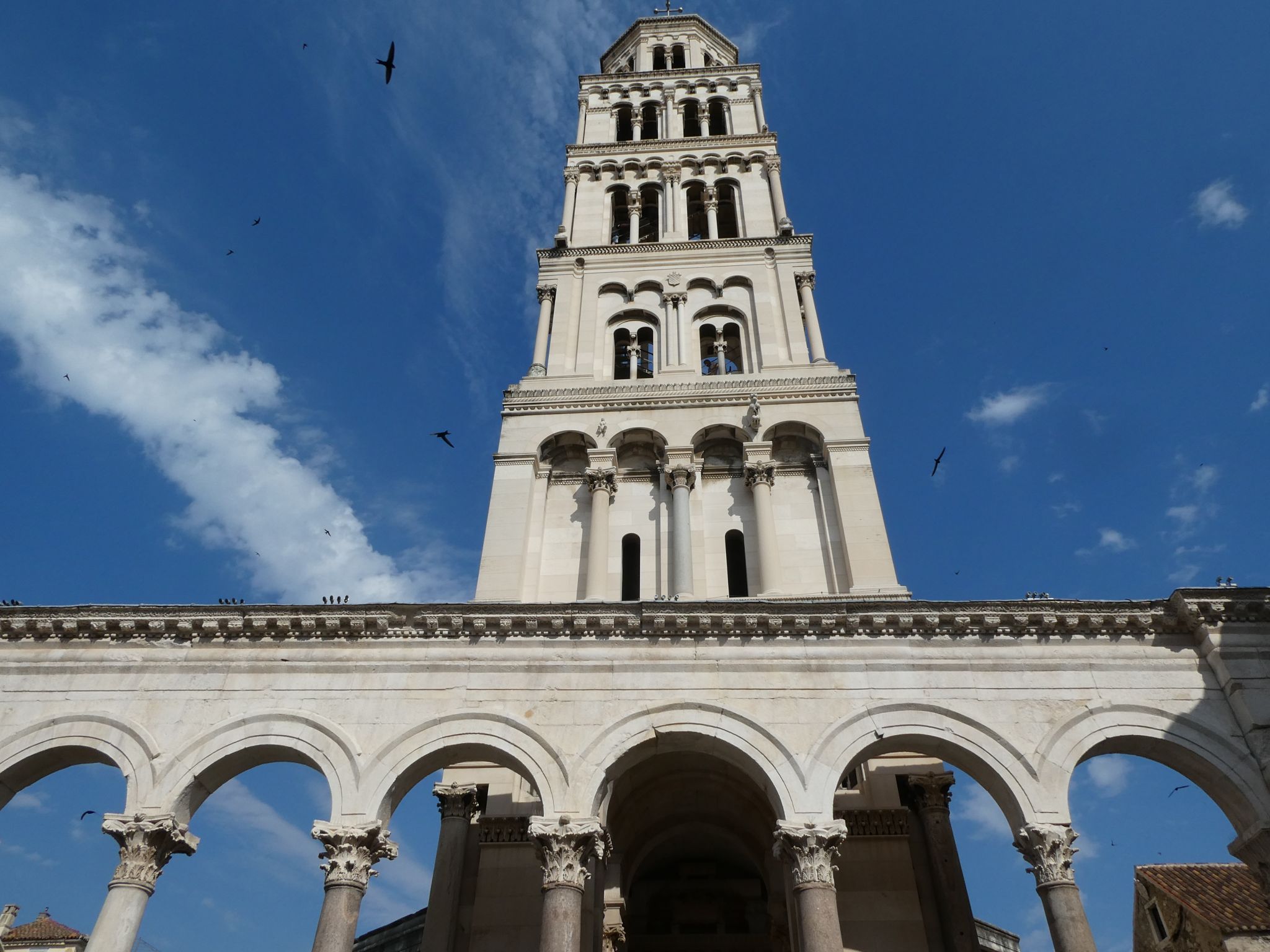 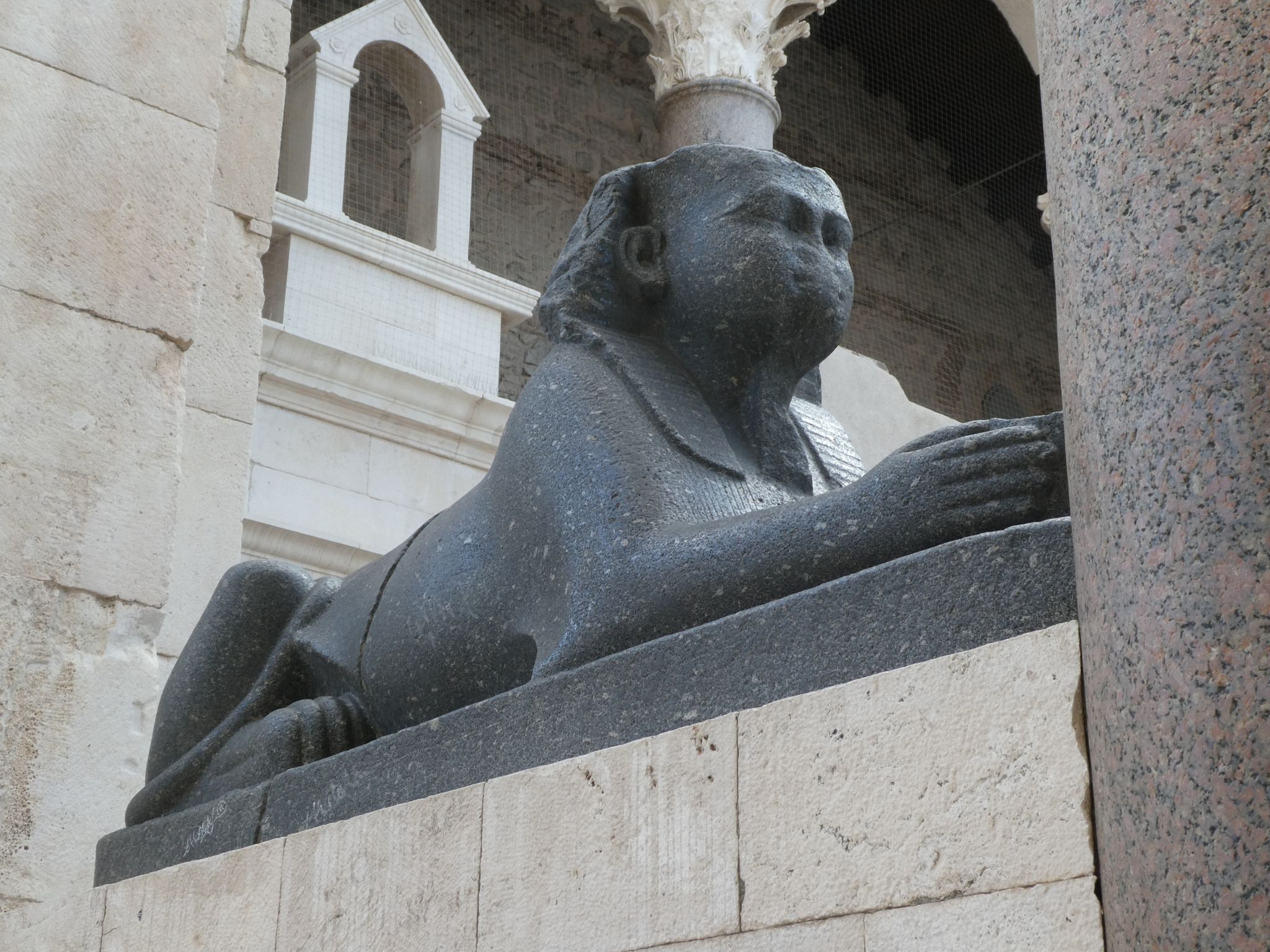 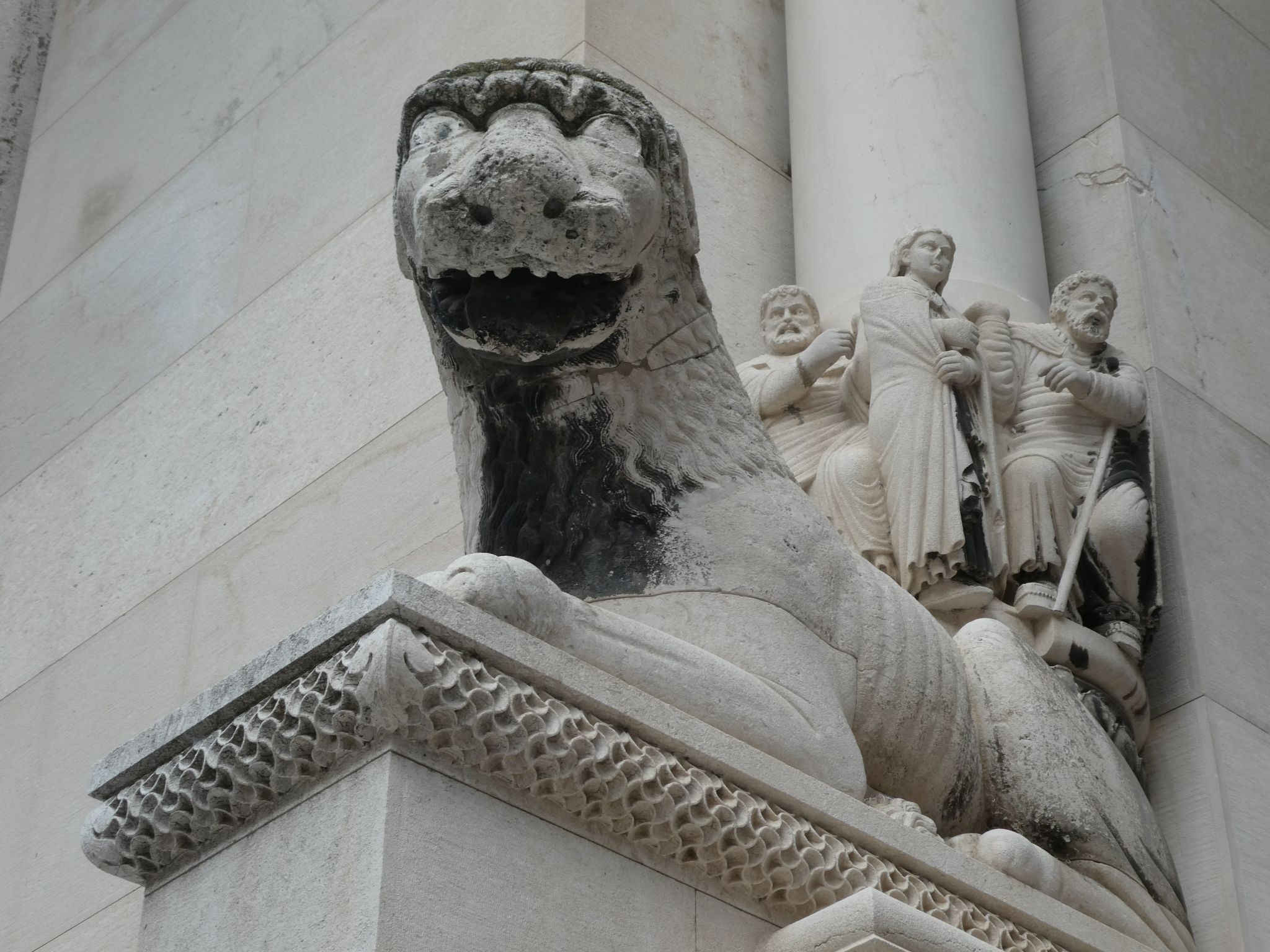 Diocletian persecuted Christians, but they got the last laugh.  200 years after his death, they converted his tomb into a cathedral dedicated to one of his victims, and consecrated the crypt which had contained his sarcophagus as a chapel dedicated to St Lucy. 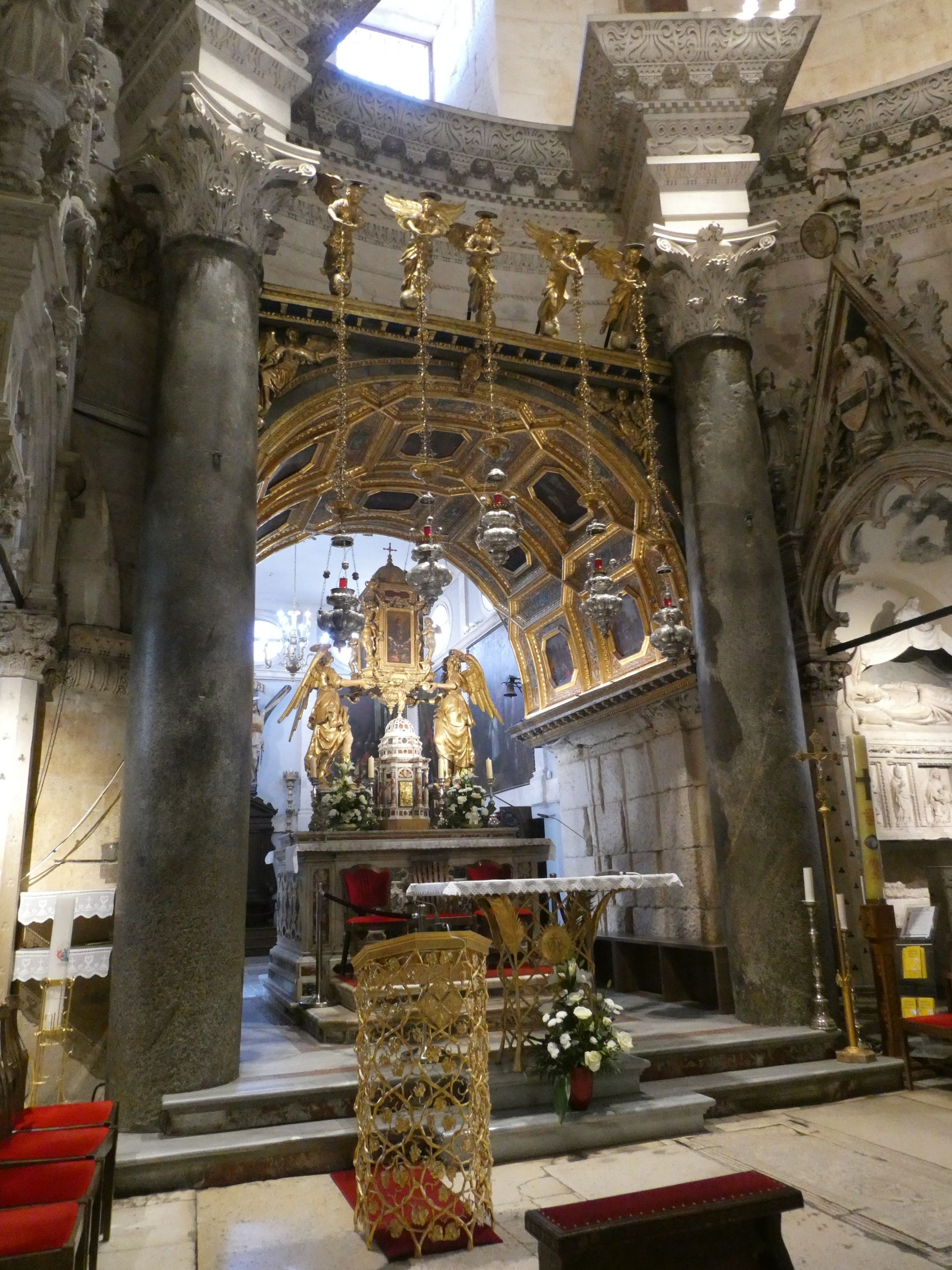 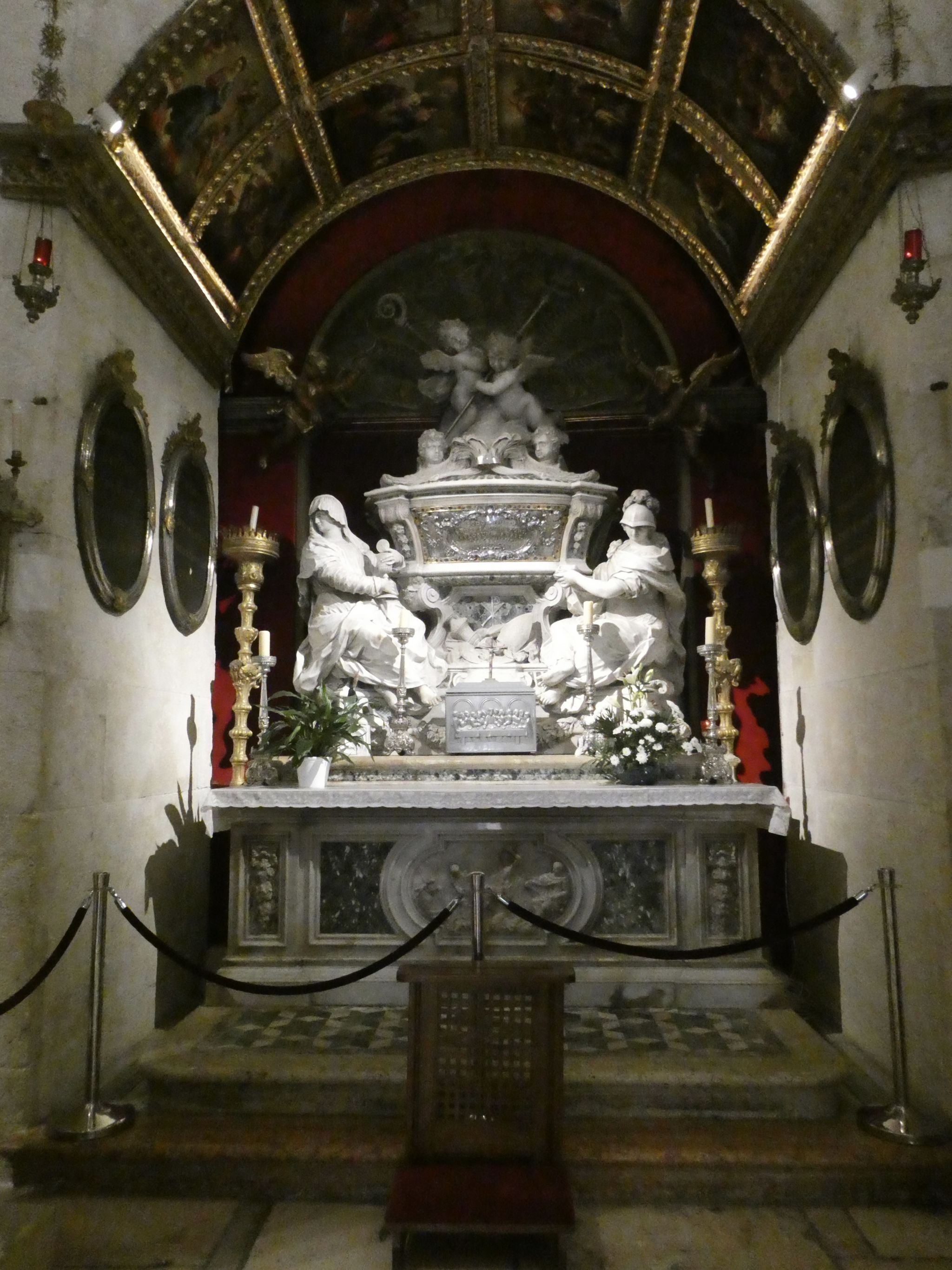 Split has a months-long summer festival with temporary bars in the parks, outdoor music events, temporary art exhibitions and cultural activities which draw a huge number of mostly young visitors.

When we were there, the city buzzed with World Cup fever.  Croatia had won its rounds games and was looking unstoppable.  The distinctive red and white checks of the Croatian flag and football jersey were everywhere.  Could divine intervention have been a factor?  We ducked into a church to avoid a shower of rain and found this. 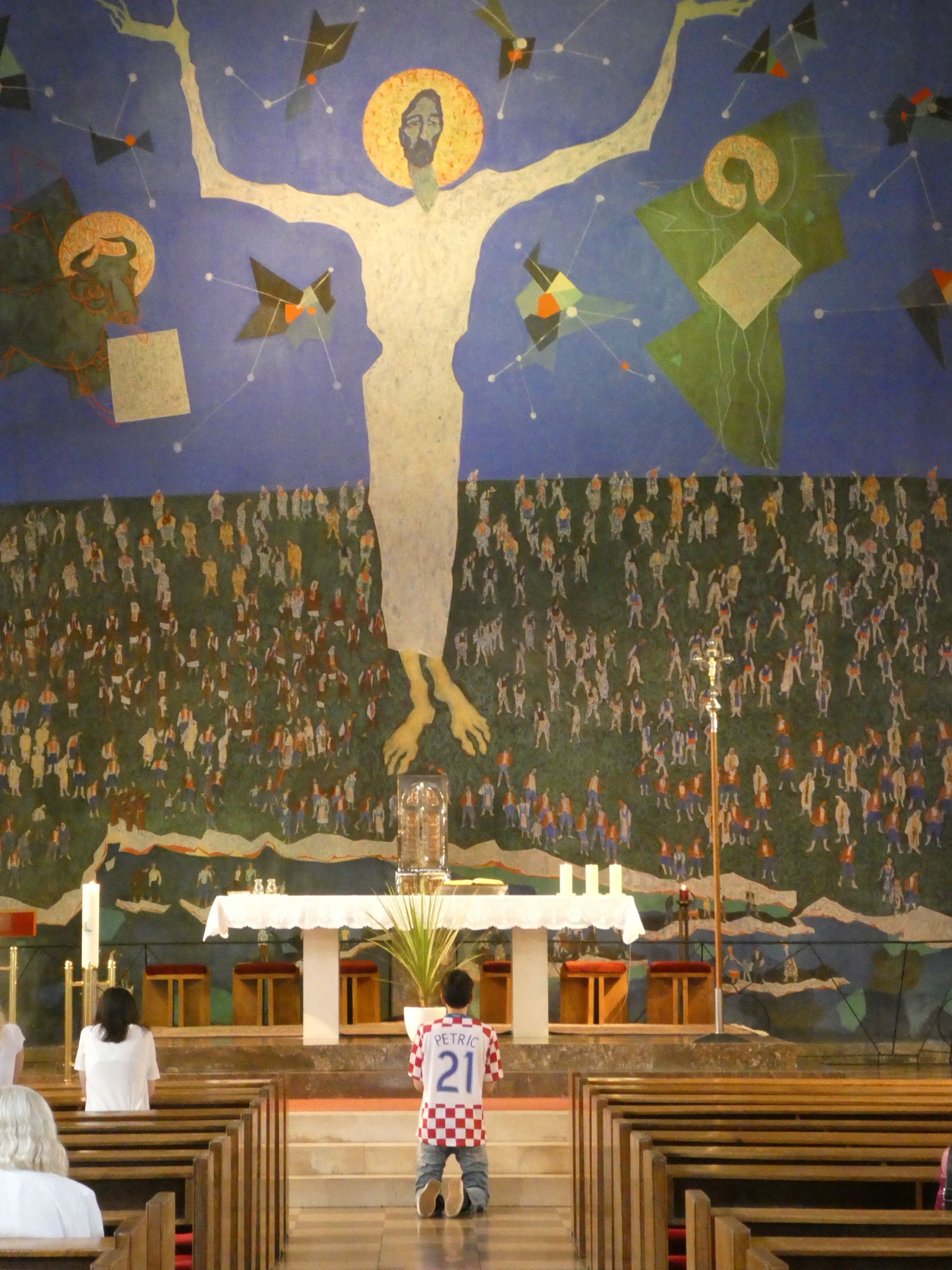 Something worked.  Croatia won against Denmark that night.

Split celebrates its 10th century bishop, Gregorius of Nin, who fought the Church for the right to hold services in Croatian.  This statue of him draws big crowds.  Rubbing his left big toe is, for some obscure reason, said to be good luck. Plenty of people test the myth. 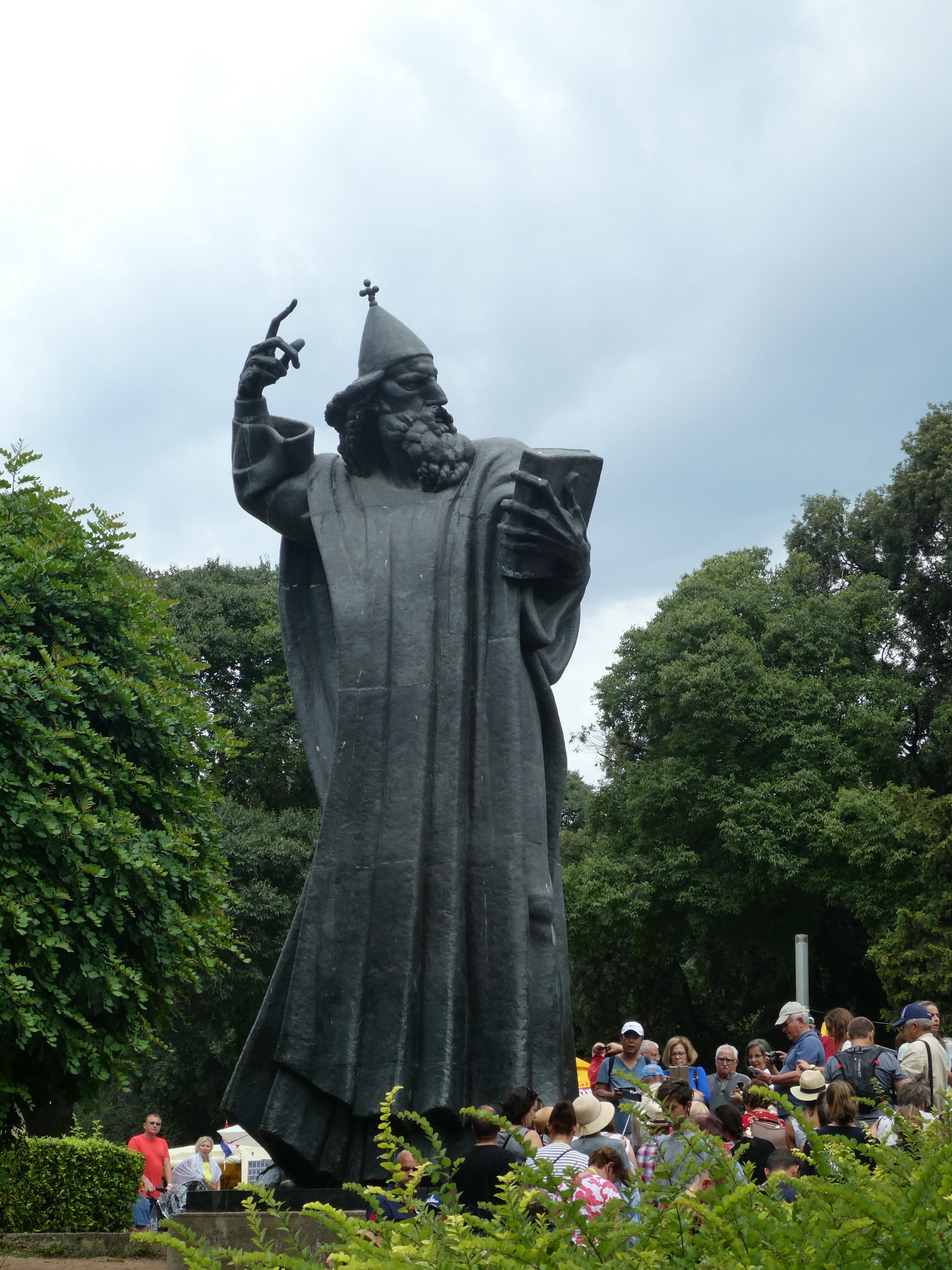 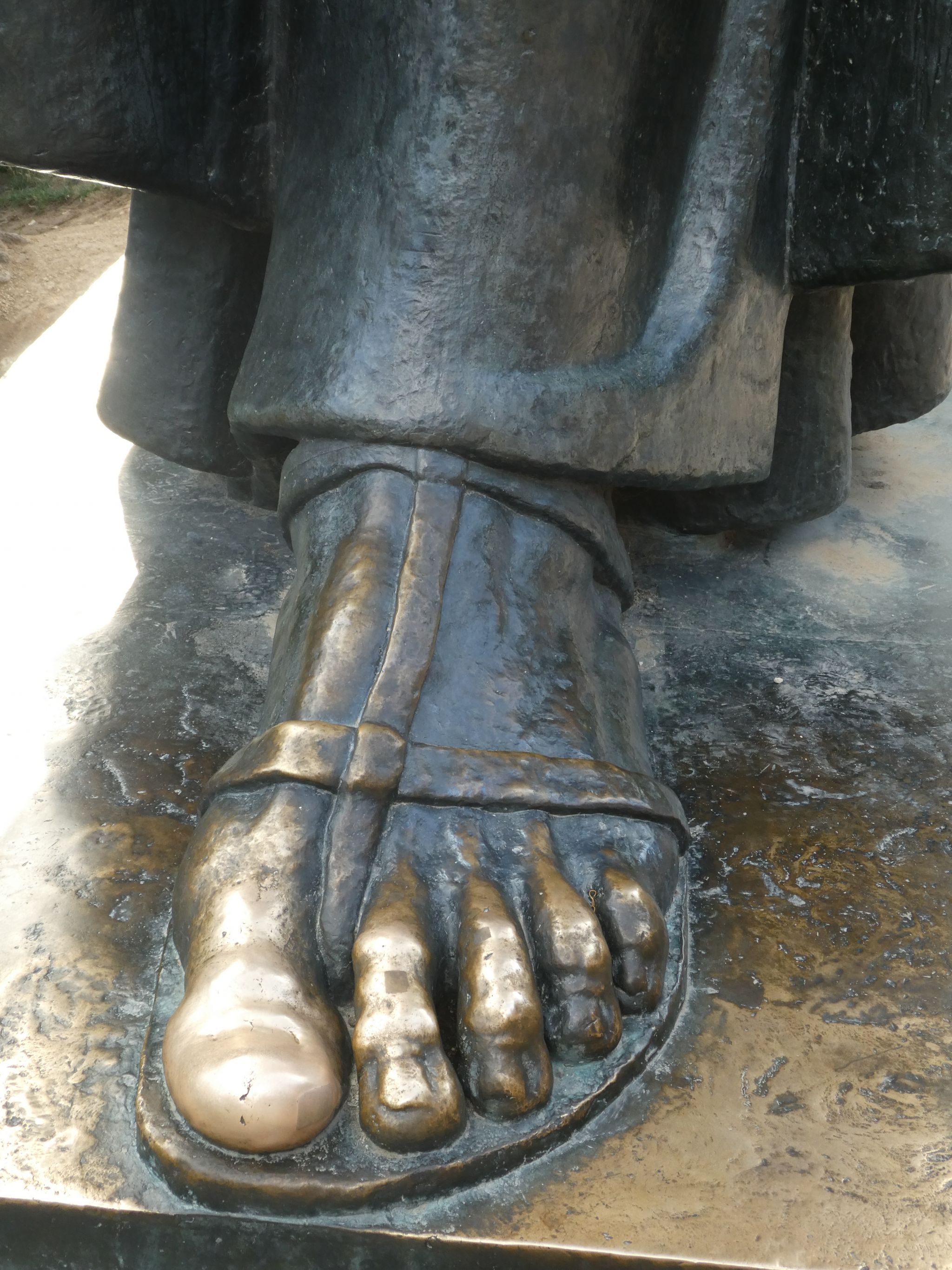 With the threat of Ottoman invasion in the 15th and 16th centuries, many wealthy families left Split and built palaces along a 20km stretch of coastline between Split and Trogir to the north.  The Ottomans never made it this far, and the palaces remained undamaged.

Although many were eventually abandoned in more modern times due to upkeep costs, small scale beachside resort communities have grown up along this stretch which are far less crowded than Split.  We caught a bus to the north end and walked back along the coast through some of these.

It was fiercely hot and the water looked inviting. Not a lot of actual beach though. 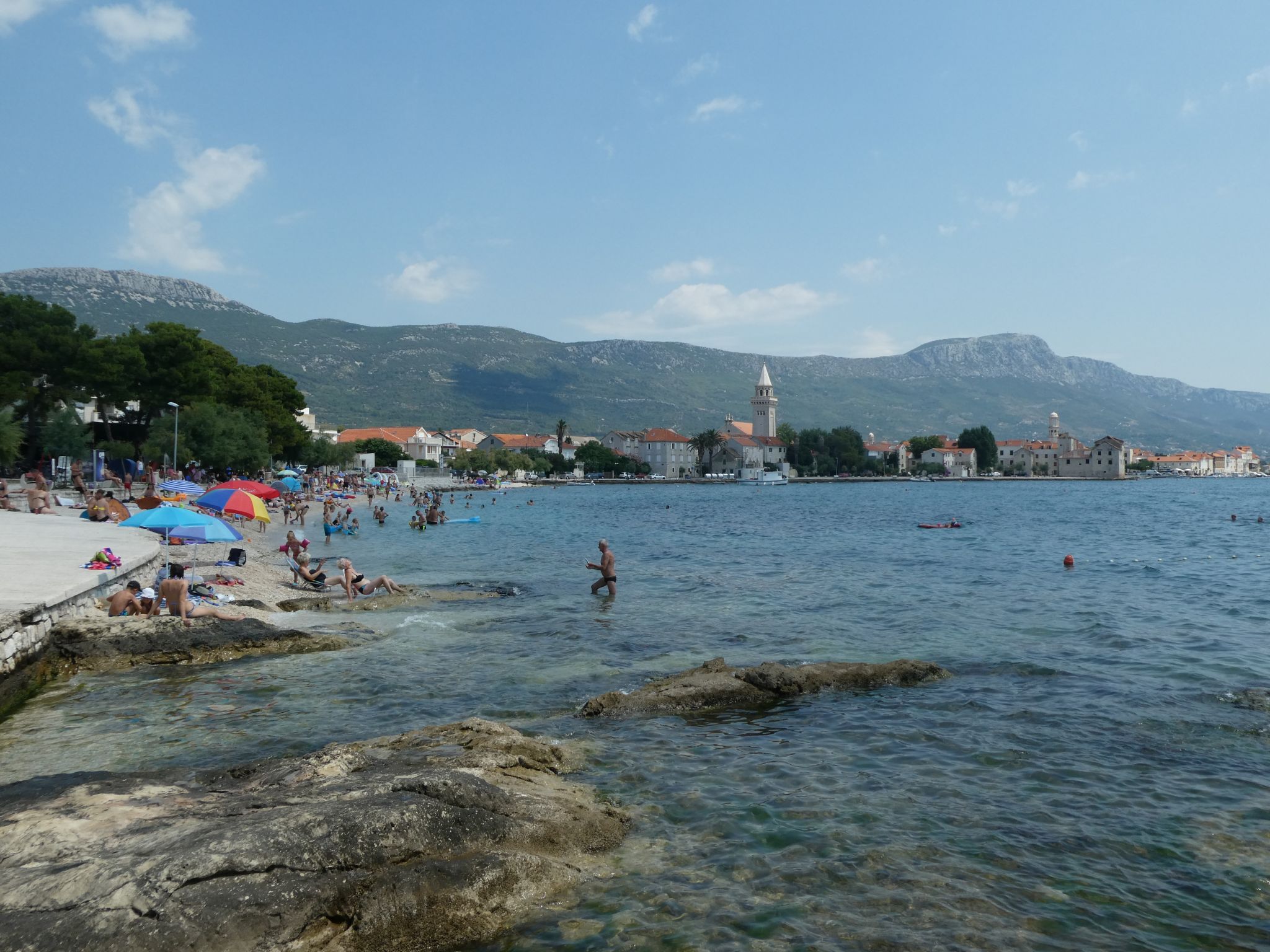 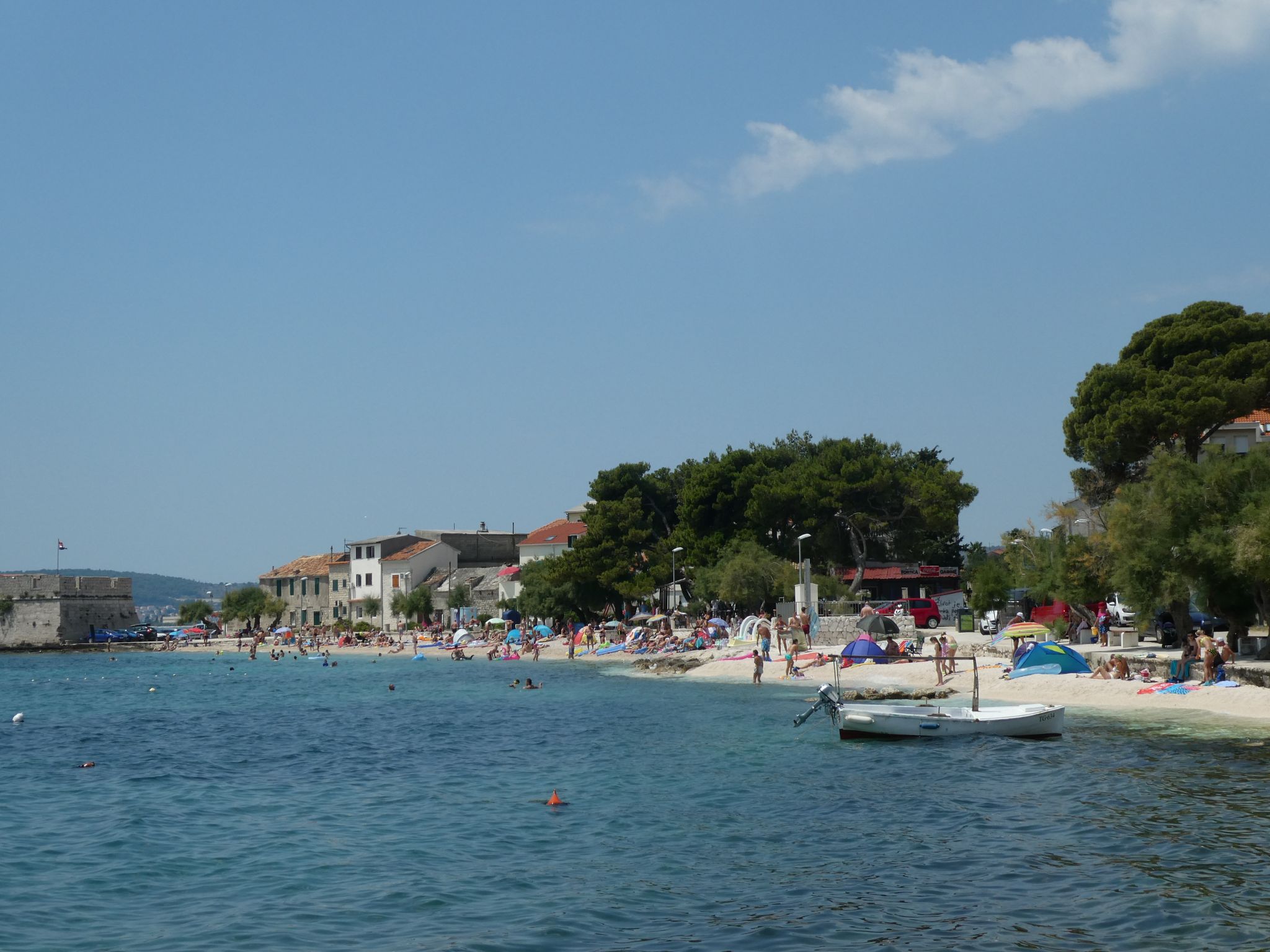 We enjoyed Split but were ready to move on next to Plitvice Lakes, Croatia’s ‘top natural attraction’.