Yet another marble port town dating to the Venetian empire.  We thought we’d seen enough of them, and really only came here as a convenient point to exit Croatia.  We ended up thinking this was the best of all the ones we visited.

Firstly, we loved it because it is a ‘real’ town, not a museum piece full of tourist shops. Although having said that, the architecture is as museum-perfect as the other port towns. 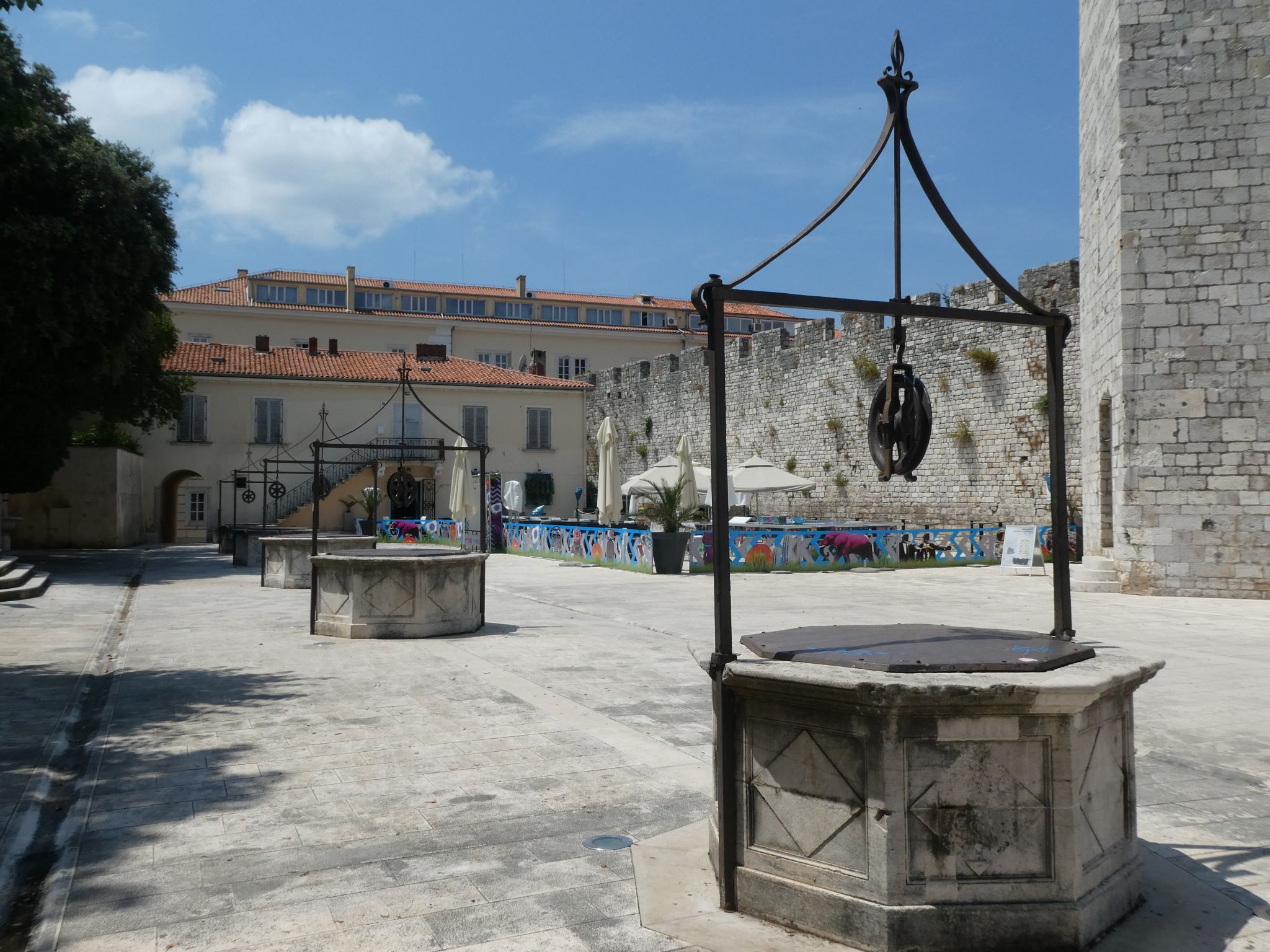 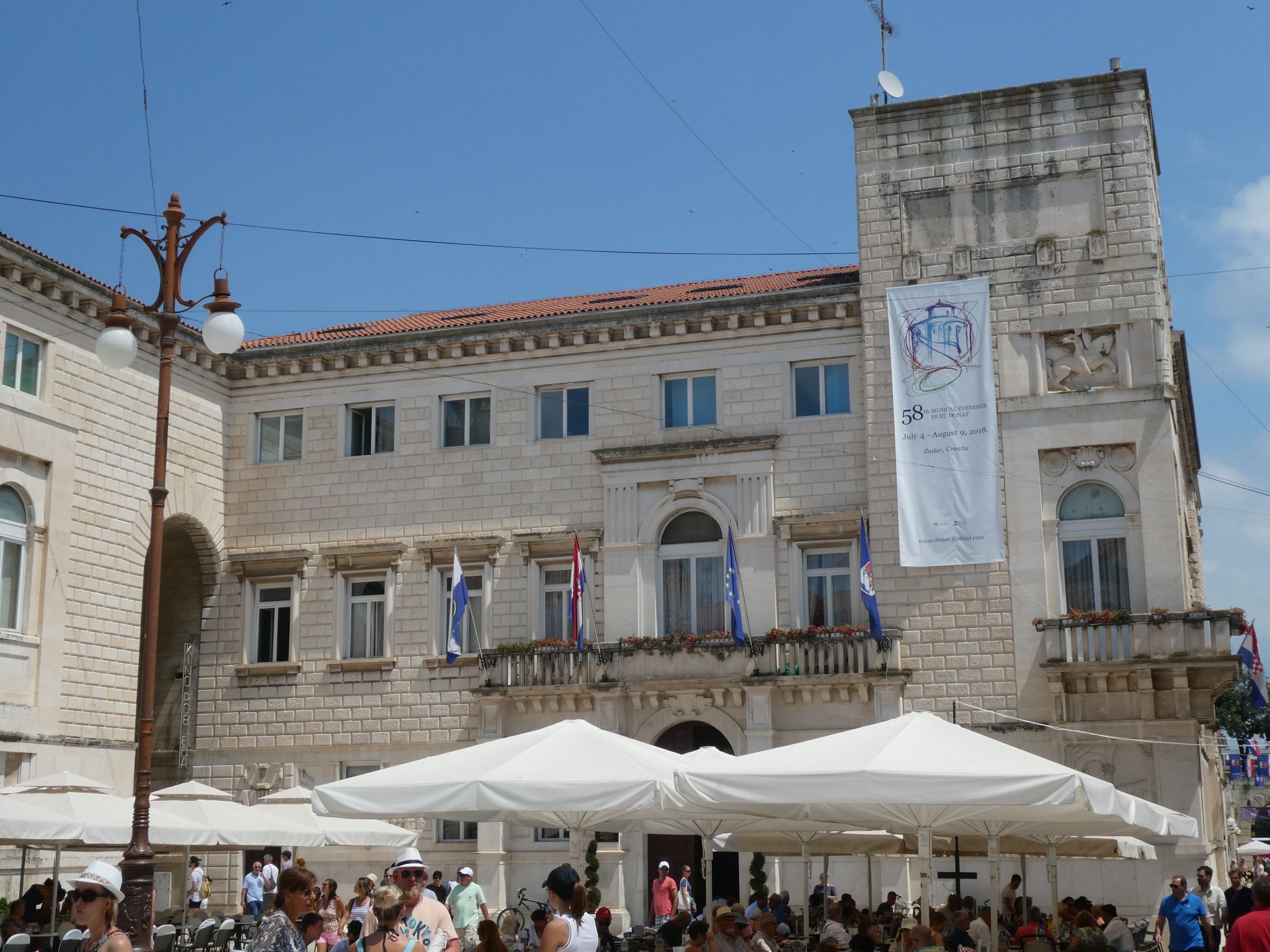 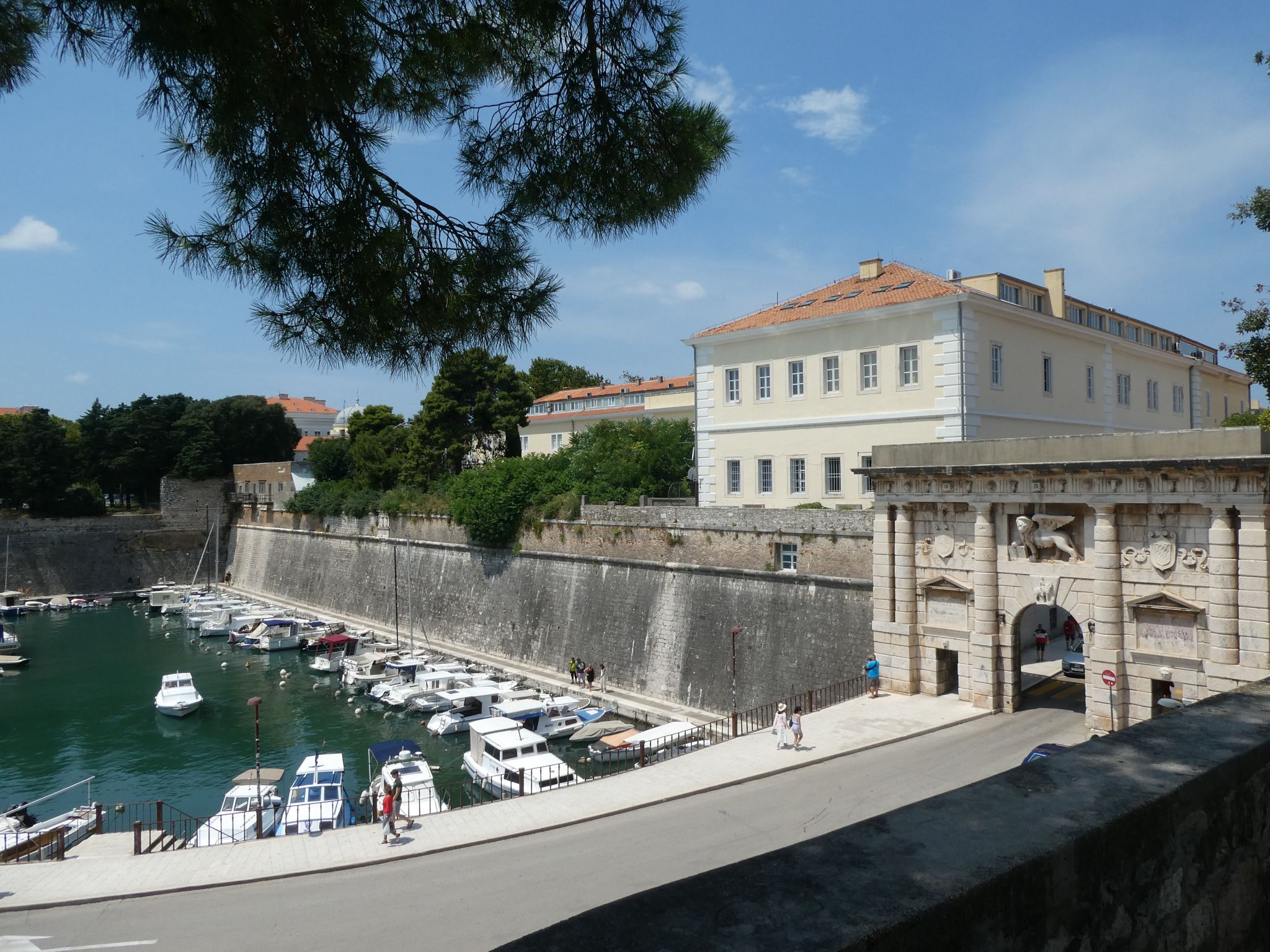 It has a relaxed feeling and locals don’t take life too seriously. 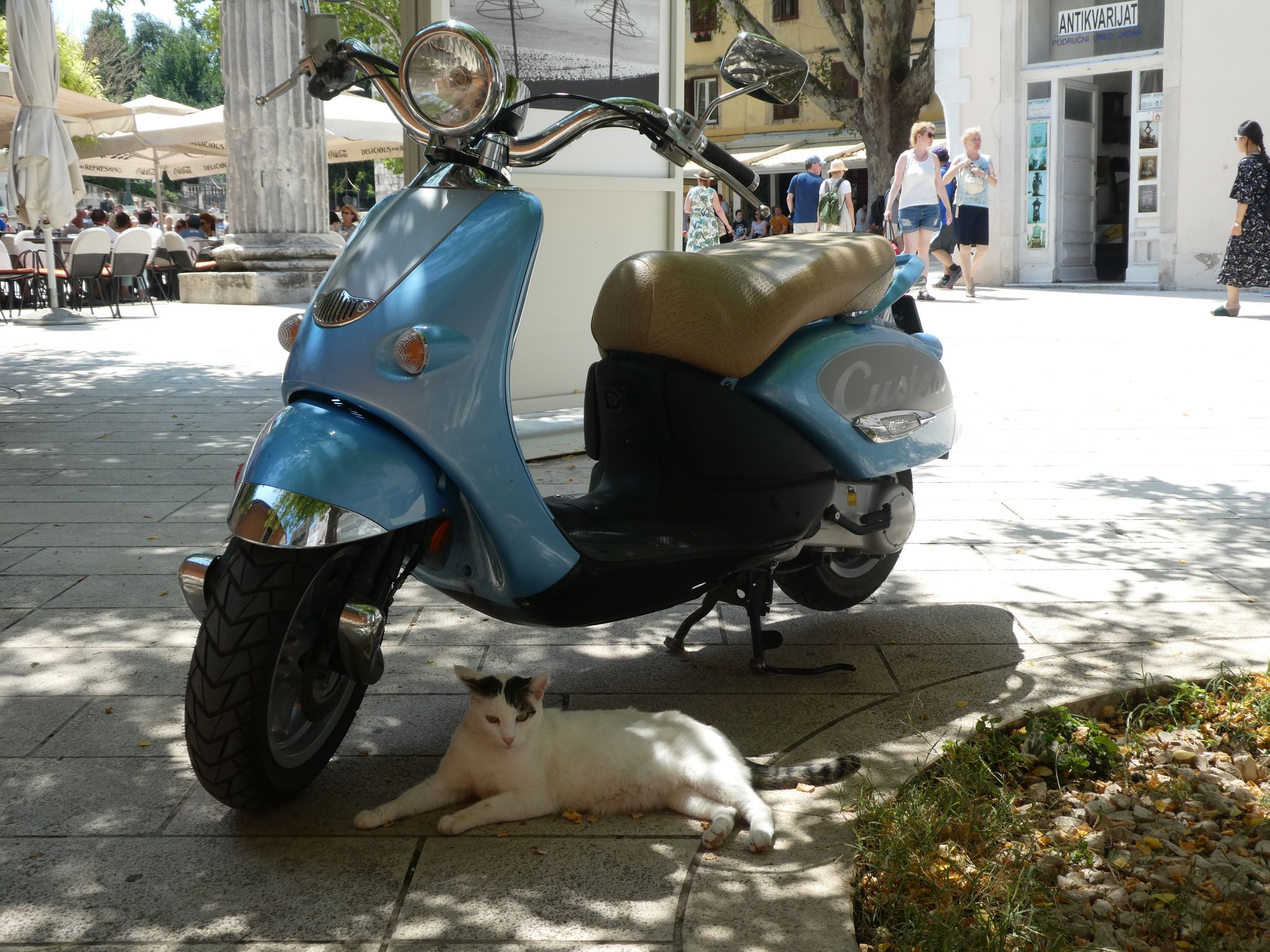 It has an awesome fish market and green market fueling locals’ tables, and as we had an apartment with a well equipped kitchen, we cooked up some fabulously fresh fish and prawns.

And as a major tourist drawcard, it has the Sea Organ (Morse Orgulje).  So what is a Sea Organ?  It is an ‘architectural sound art object’.

It’s ‘a system of tubes and a resonating cavity that turns the site into a large musical instrument, played by the chance-based results of the wind and the sea waves’.

OK.  In real language.  It’s a system of pipes of precise dimensions and orientation, laid under a set of marble steps about 70 metres long at the edge of the sea.  Incoming waves flush into the pipes, pushing air into a chamber.  When the wave recedes, air is pushed out under pressure.  The action of the air in and out creates sounds like musical notes.  A bit like a self-playing pipe organ.  No too sounds are ever the same because each one is a function of the volume and pressure of the wave, the height of the tide, whether there is wind etc.

If you are as ambivalent to ‘modern art’ as we are, that might sound like a weird gimmick.  It’s not.  It is a truly remarkable, clever and wonderful creation.  Sitting on the steps listening to the ‘music’ emanating from underneath, it’s like there’s a gentle, giant sea creature lolling about down there making whale songs.

The Sea Organ is located at the tip of the peninsula on which the old town of Zadar sits.  Sunset over the ocean, with the organ music mixing with the sound of the waves washing in, has got to be one of the most meditative experiences you can have even if there are plenty of people around. 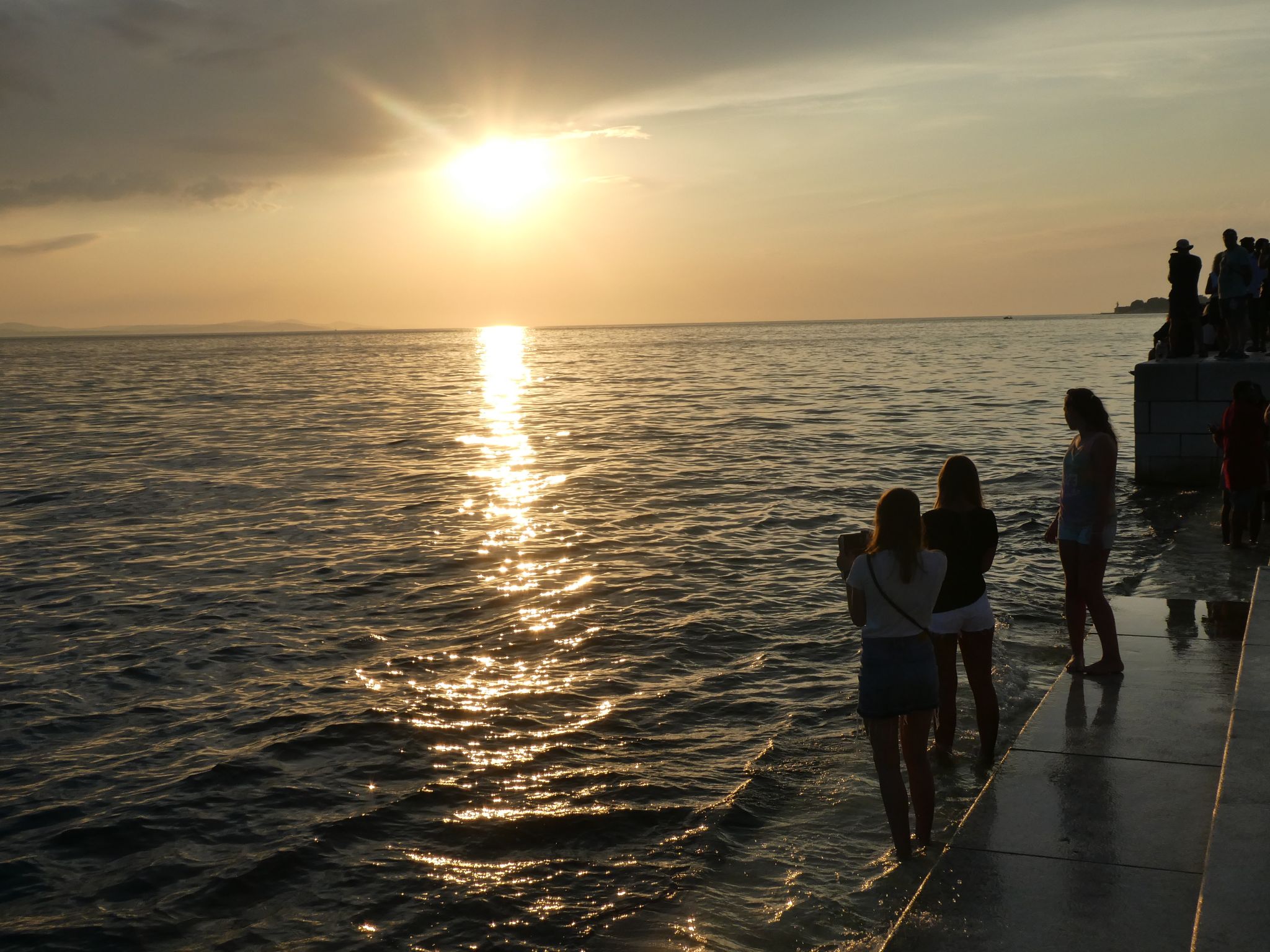 The Sea Organ was designed by architect, Nikola Basic as part of a project to rejuvenate the city coastline.  It won the European Prize for Public Urban Space in 2006.  It isn’t the first sea organ ever built – there’s one in San Francisco built in 1986 – but the Zadar one is considered superior for it’s simplicity and the extent to which it blends into the natural environment.

Next to the Sea Organ is another of his creations, the Sun Salutation.  This is a 22 metre diameter circle consisting of 300 multilayered glass plates which absorb energy from the sun through the day.  After dark, co-ordinated with the wave energy that makes the Sea Organ’s sounds, it produces a light show that lasts until dawn. It’s mesmeric. 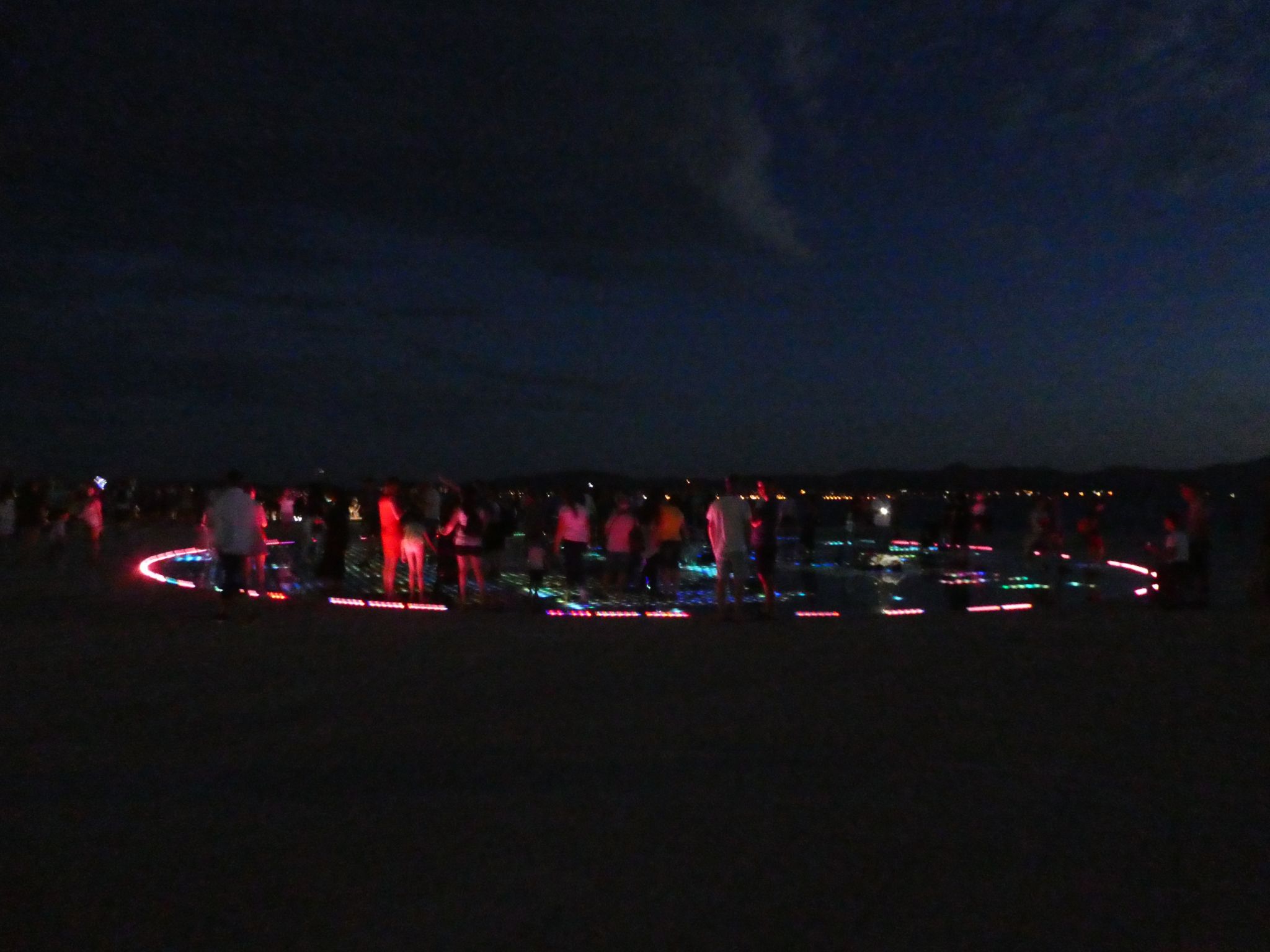 Our few days in Zadar were a fantastic finish to our Croatia travels.  But we’d been too long away from spicy food.  We were craving a good Indian curry.  There was only one solution.  We flew to London.