“The great thing about Glasgow is that if there’s a nuclear attack, it’ll look exactly the same afterwards”. (Billy Connolly)

Harsh words, Mr Connolly.  And actually, we disagree! We both had a mental picture of Glasgow as gritty, economically depressed, full of closed commercial premises and abandoned industrial sites.  And yes, there’s a bit of that, but to define Glasgow that way would be to do it a tremendous injustice.

Firstly, there’s a rich architectural heritage of Victorian and art nouveau buildings, courtesy of the immense wealth which flowed through it from the 18th to the early 20th century from trade and ship building.  There are more than 1,800 heritage listed buildings in the city, which makes for a good walking tour of the city centre, weather permitting. 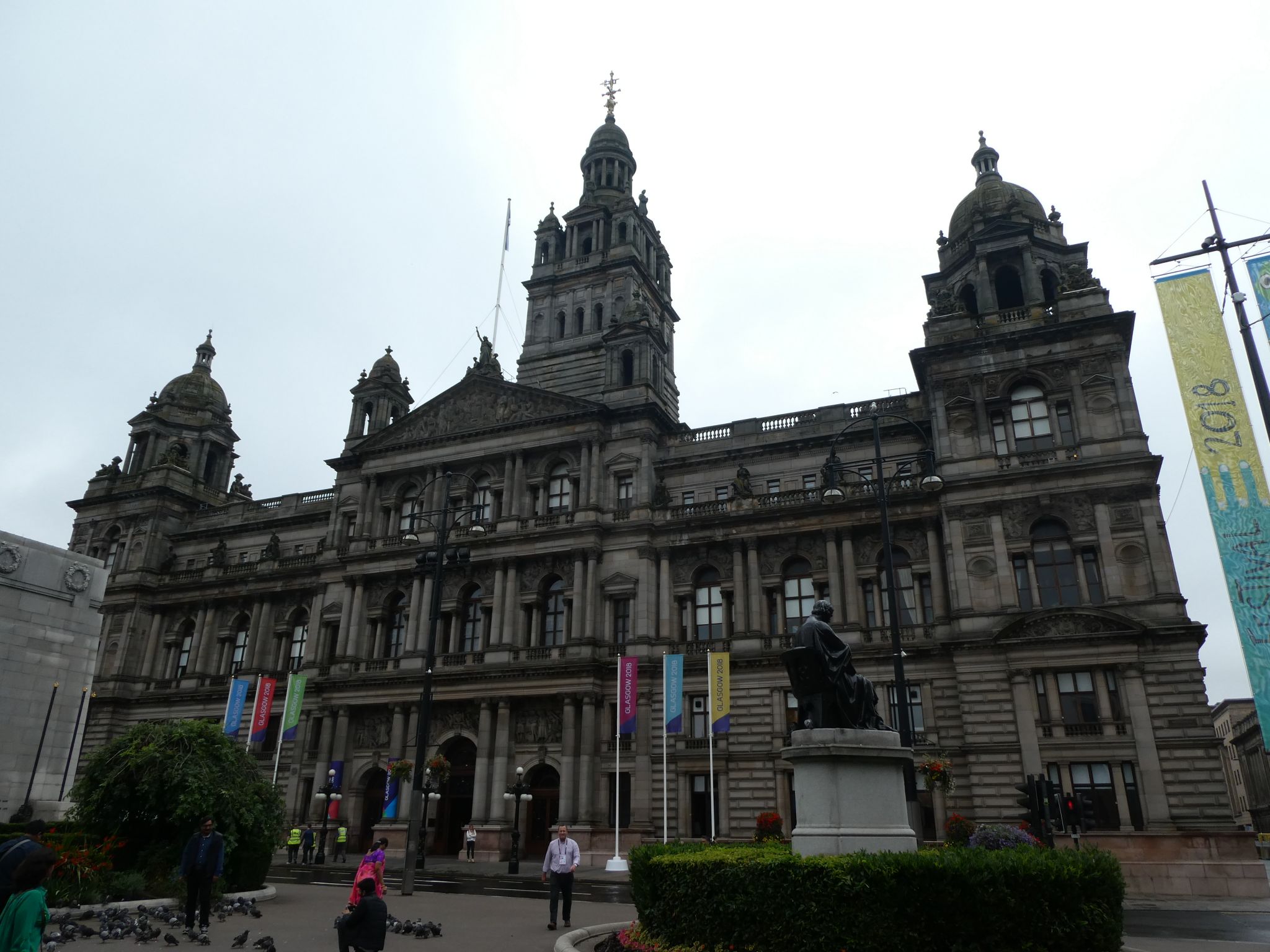 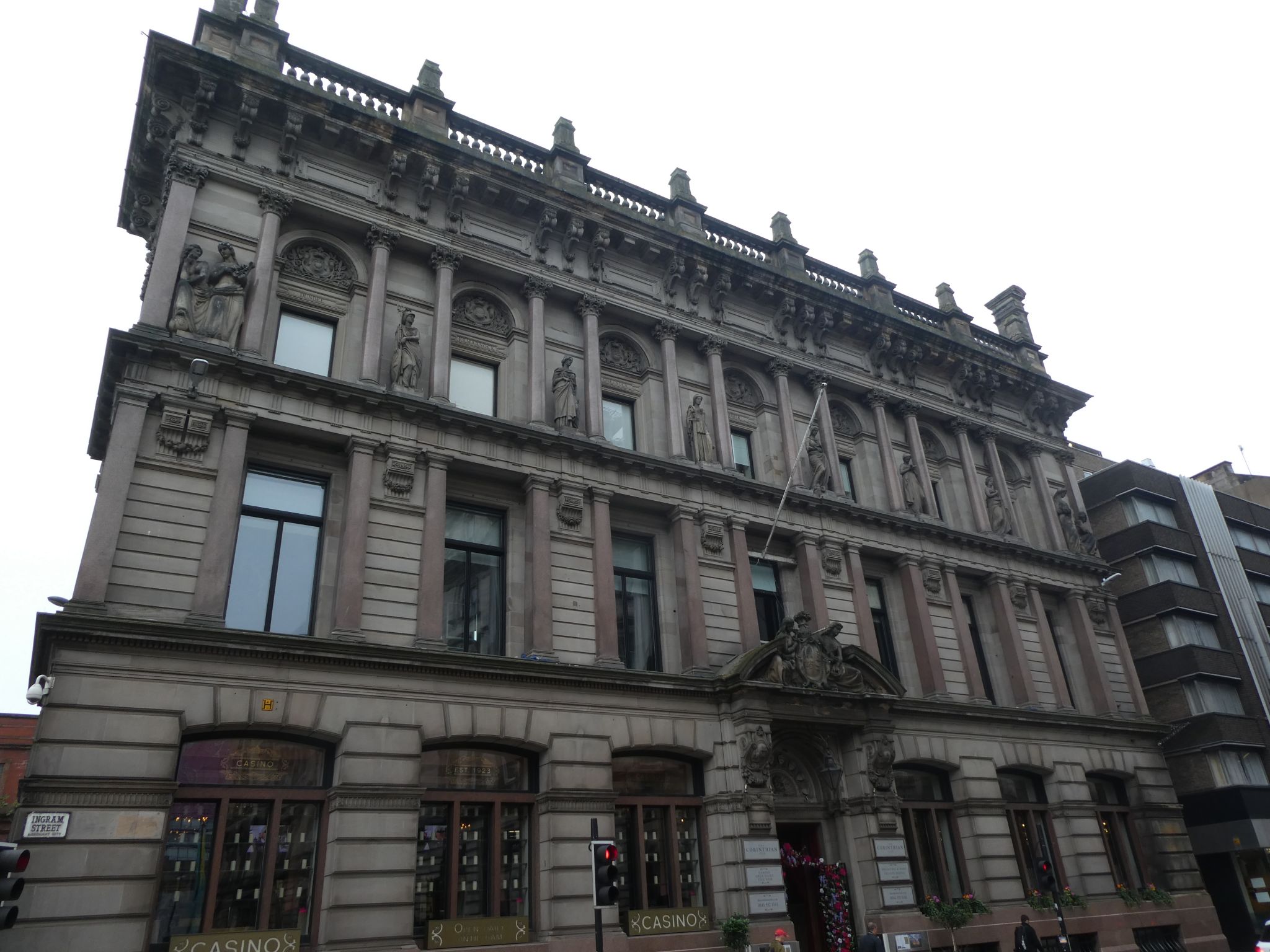 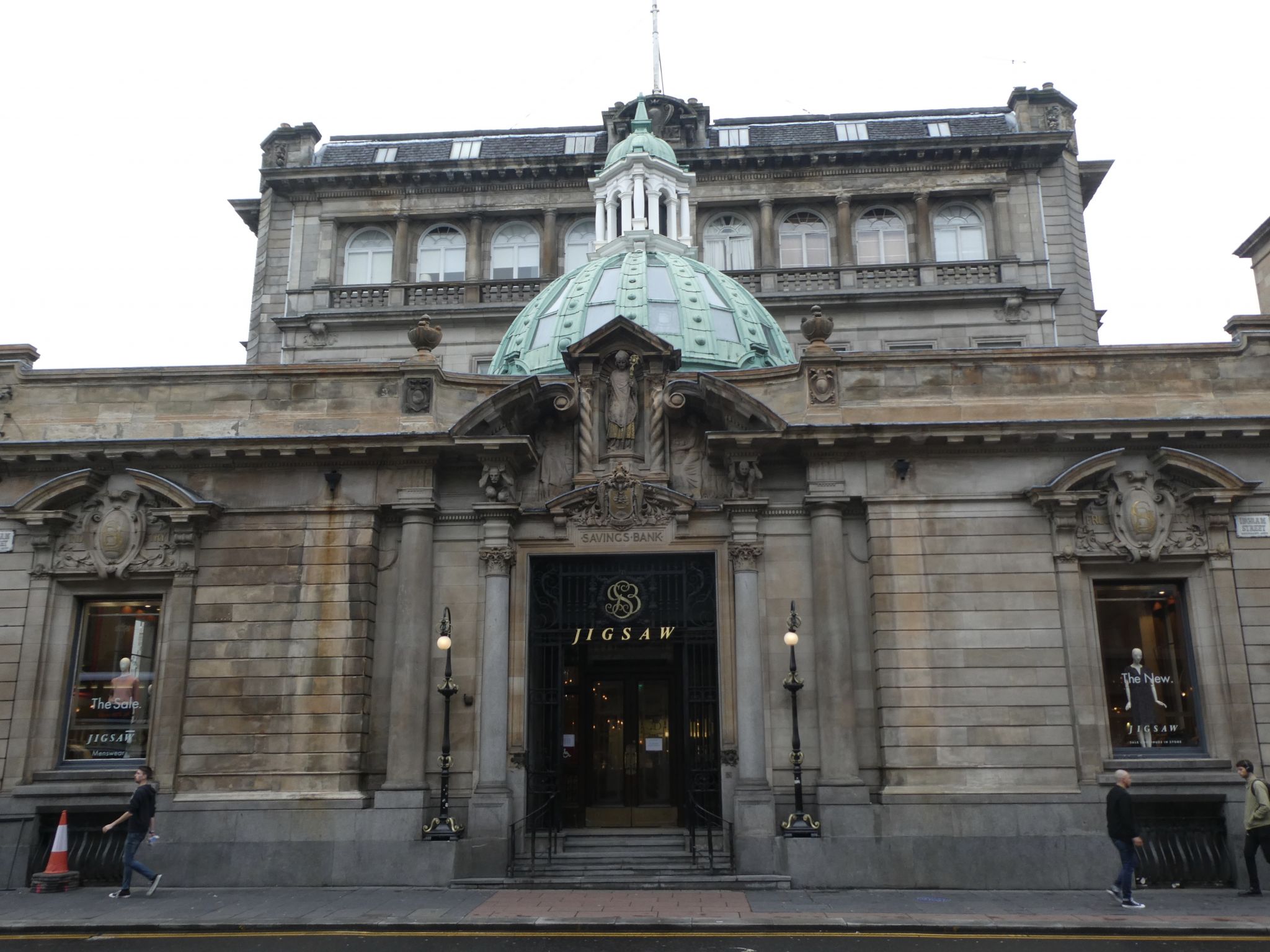 Glasgow Cathedral, on the site where St Mungo built his church after converting the local population, is a superb example of gothic architecture.  Originally a Catholic cathedral, it is the only mainland medieval Scottish cathedral to have survived the Reformation without losing its roof.  It now has a Presbyterian congregation. 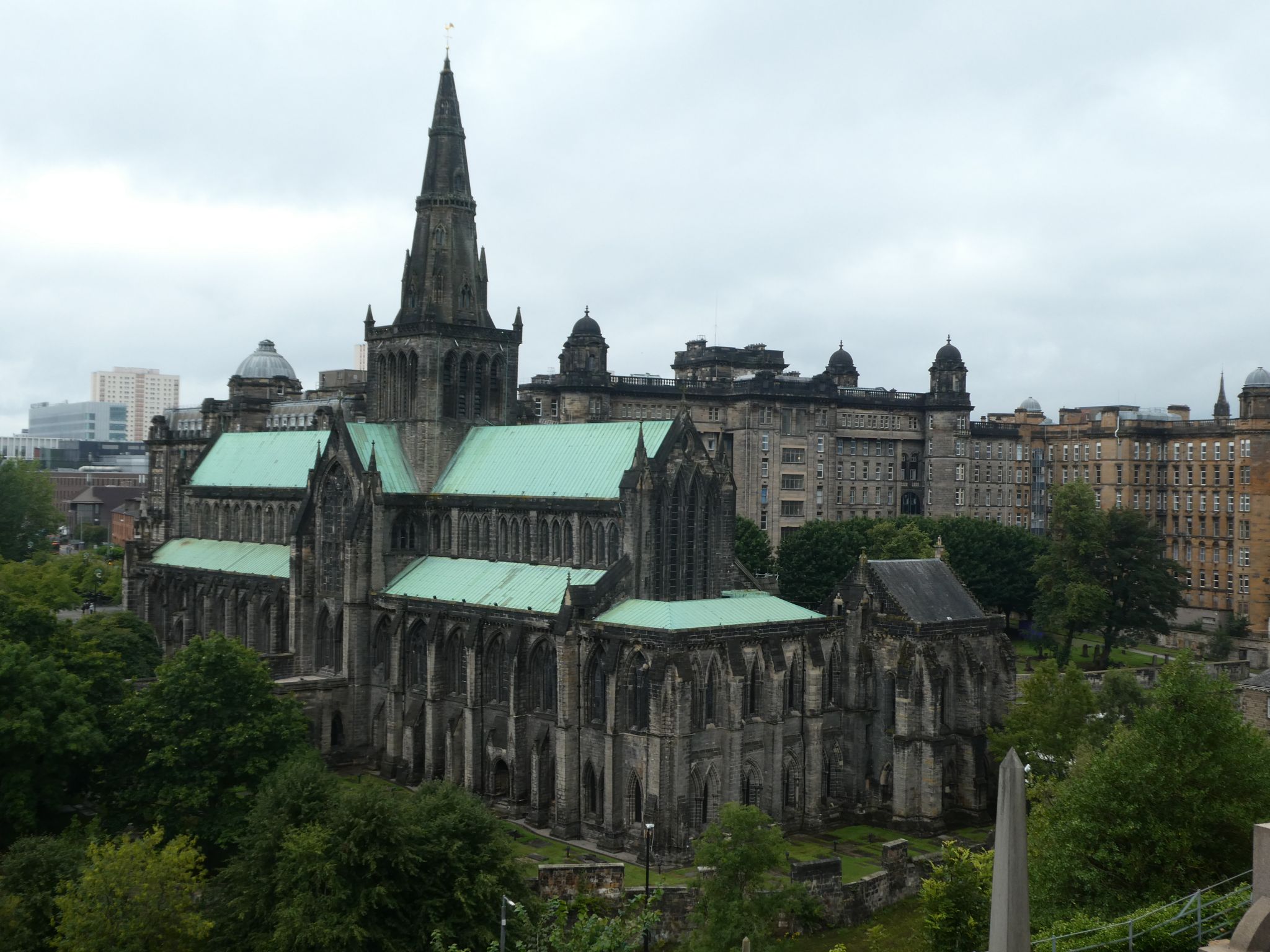 Nowhere is the effect of trading wealth more evident than in the monumental family tombstones in the Glasgow Necropolis.  The Necropolis was one of the first private burial grounds in Britain.  Previously the Church had been responsible for all burial grounds, and tombstones were generally modest.  In this era of new private wealth, the Necropolis found a market in ostentatious tombstones not previously available for ‘ordinary’ folk.

There is also a monument to John Knox, founder of the Scottish Reformation and the cemetery has a few famous residents. 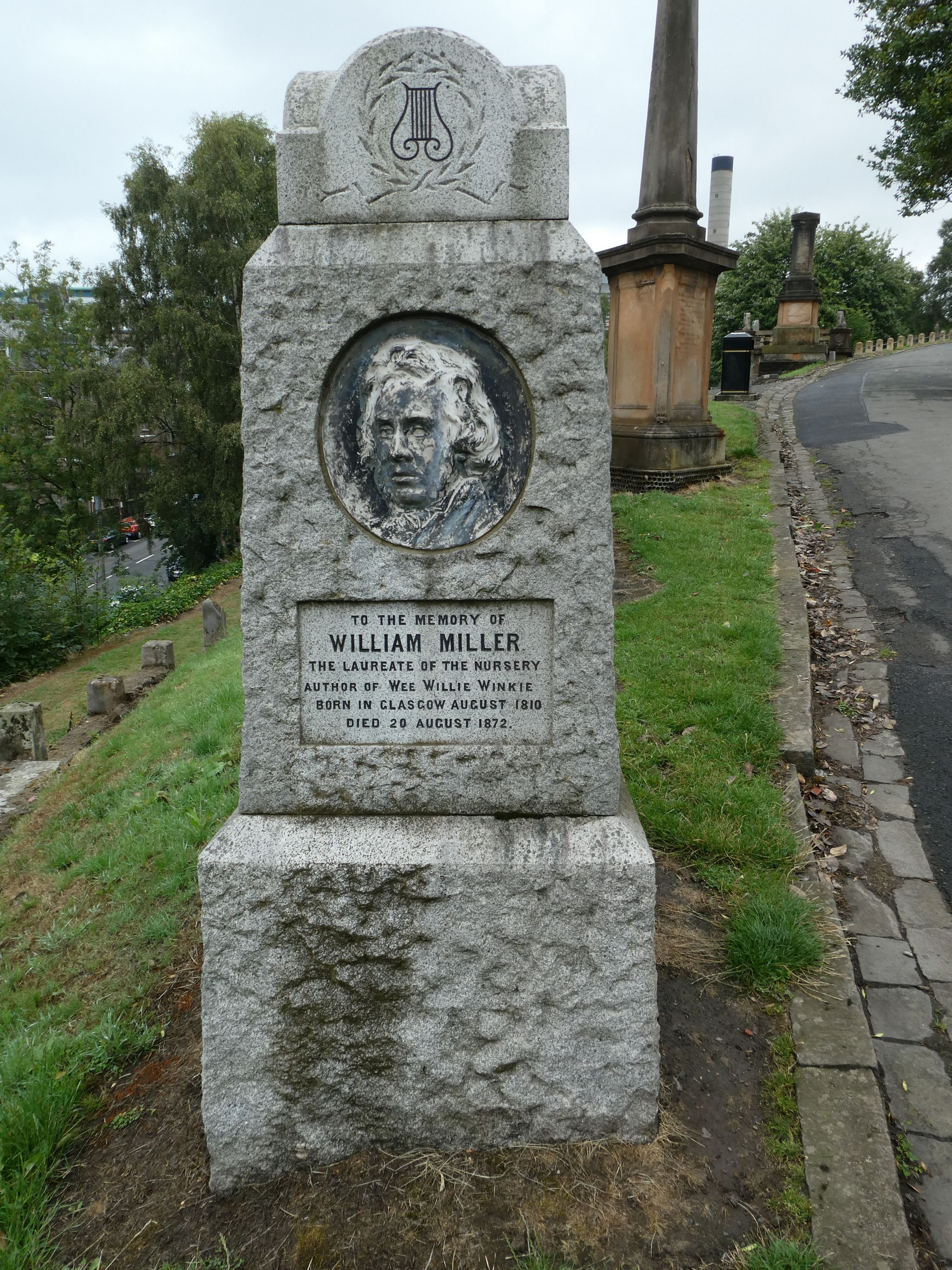 The economy of Glasgow collapsed in the 1950s and 1960s due to the emergence of Japan and West Germany as industrial powers and the decline of Scotland’s pre-eminence in ship building.  Grim times ensued, but since the 1980s, much has been done to re-invigorate the city.  A massive waterfront regeneration project along the Clyde River has resulted in the return of affluent residents to the city centre.

The Commonwealth Games were held here in 2014 and the European Games were in progress when we were there.

One initiative to address the unappealing sight of abandoned/closed buildings has been a street mural project officially sanctioned by the local council.  There are some handy walking guides on line and we followed one around the city, an opportunity to see both the murals and some parts of the city we wouldn’t otherwise have seen.  Here’s a few of the ones we liked. 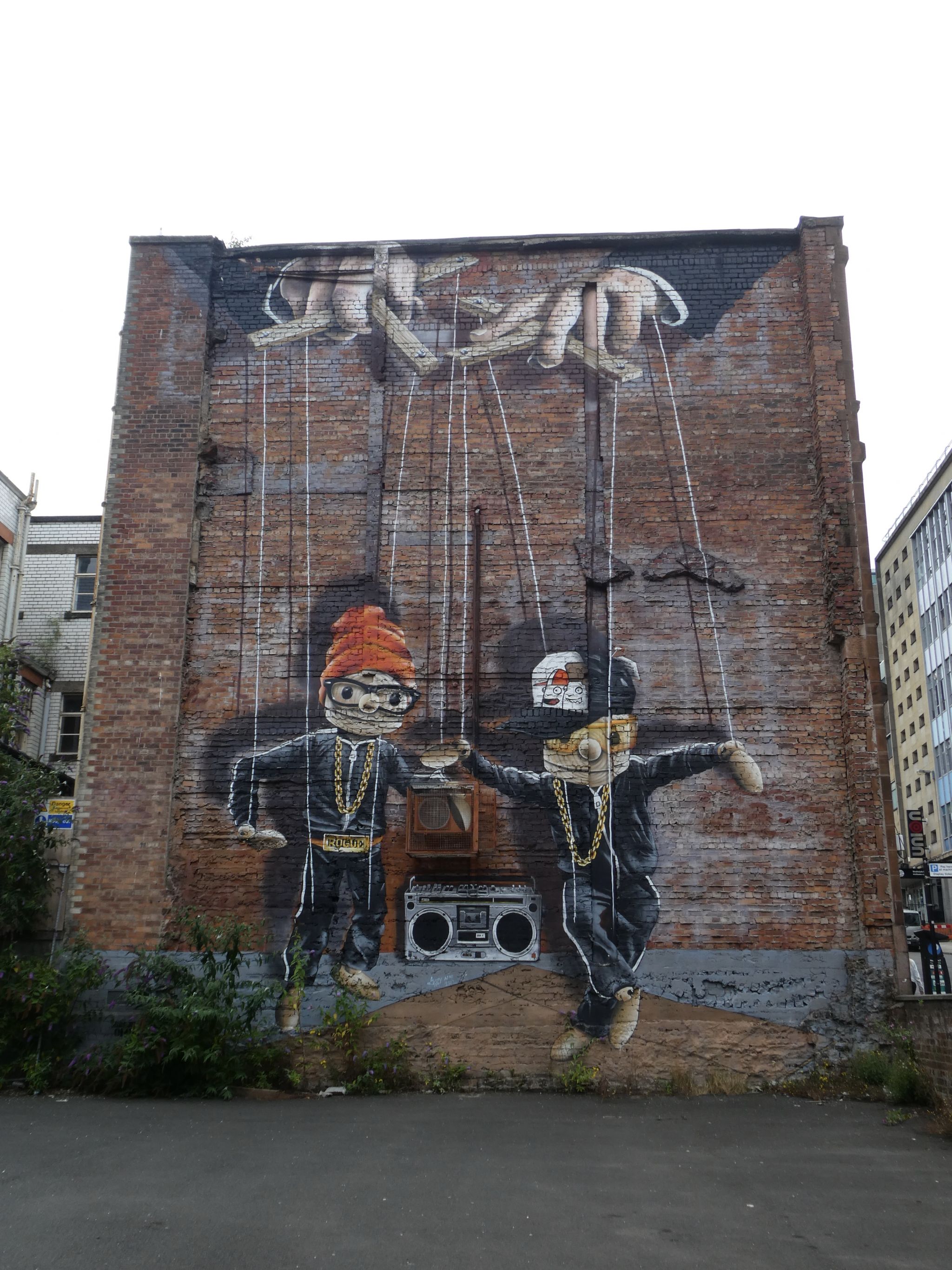 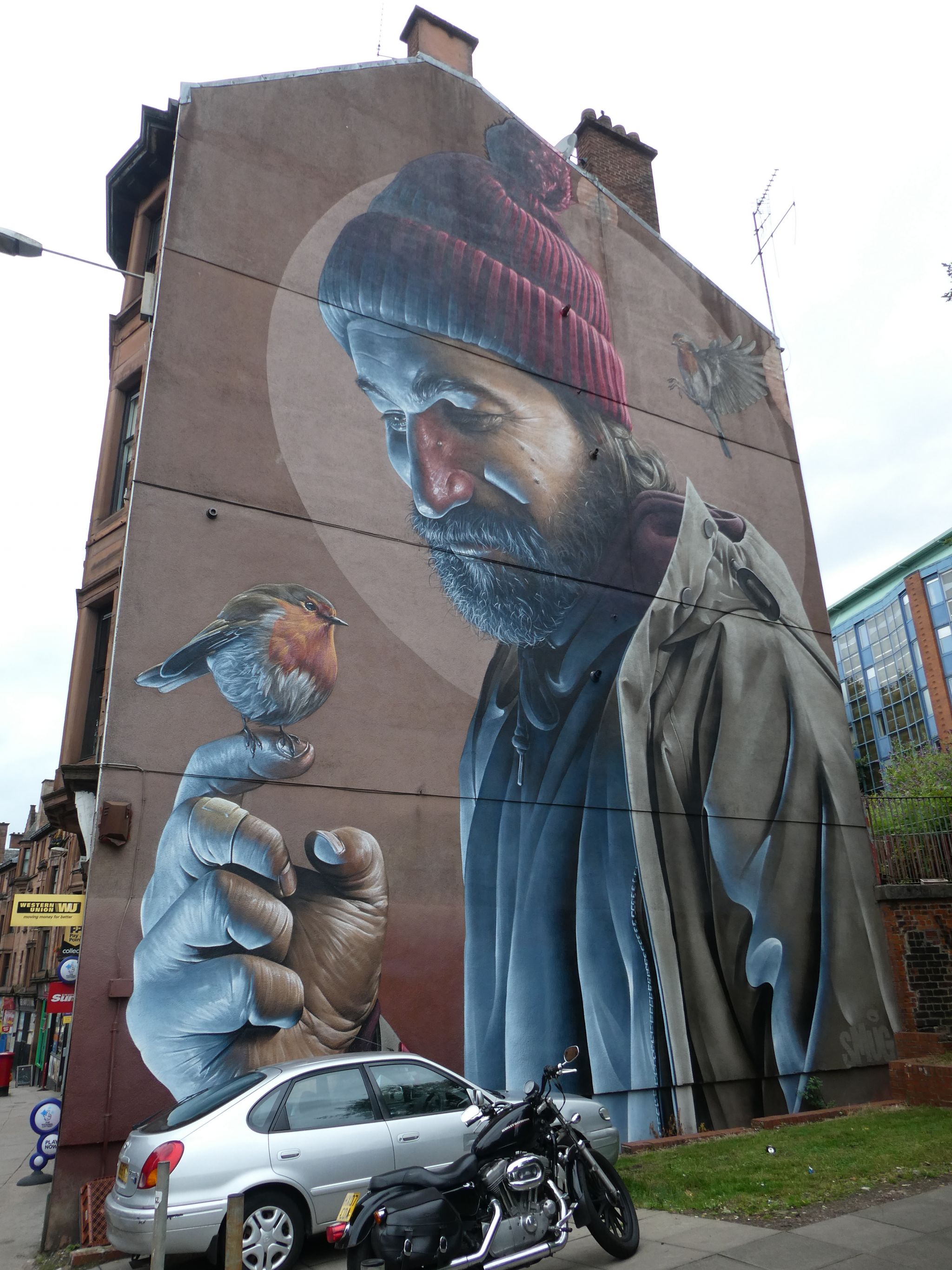 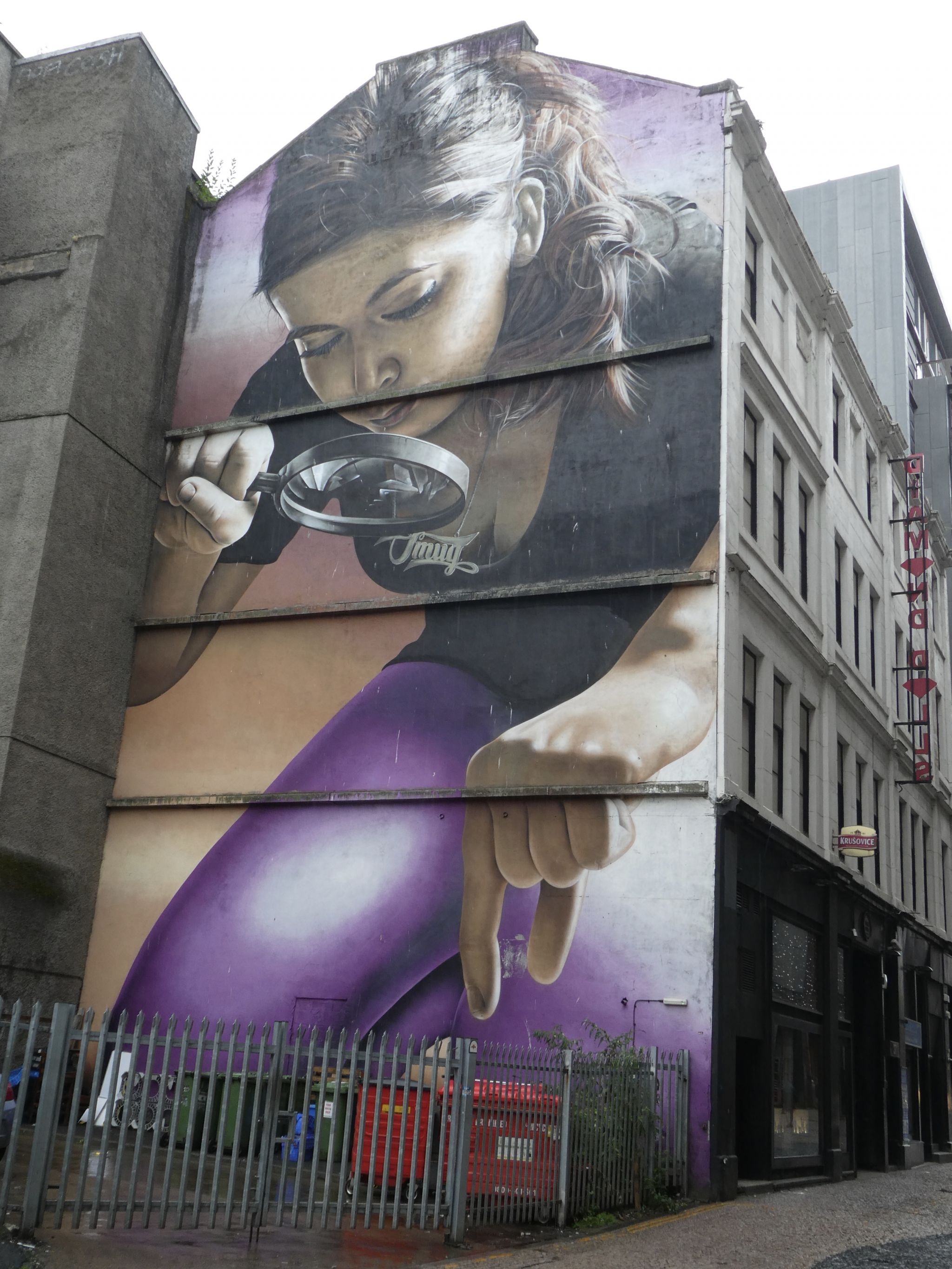 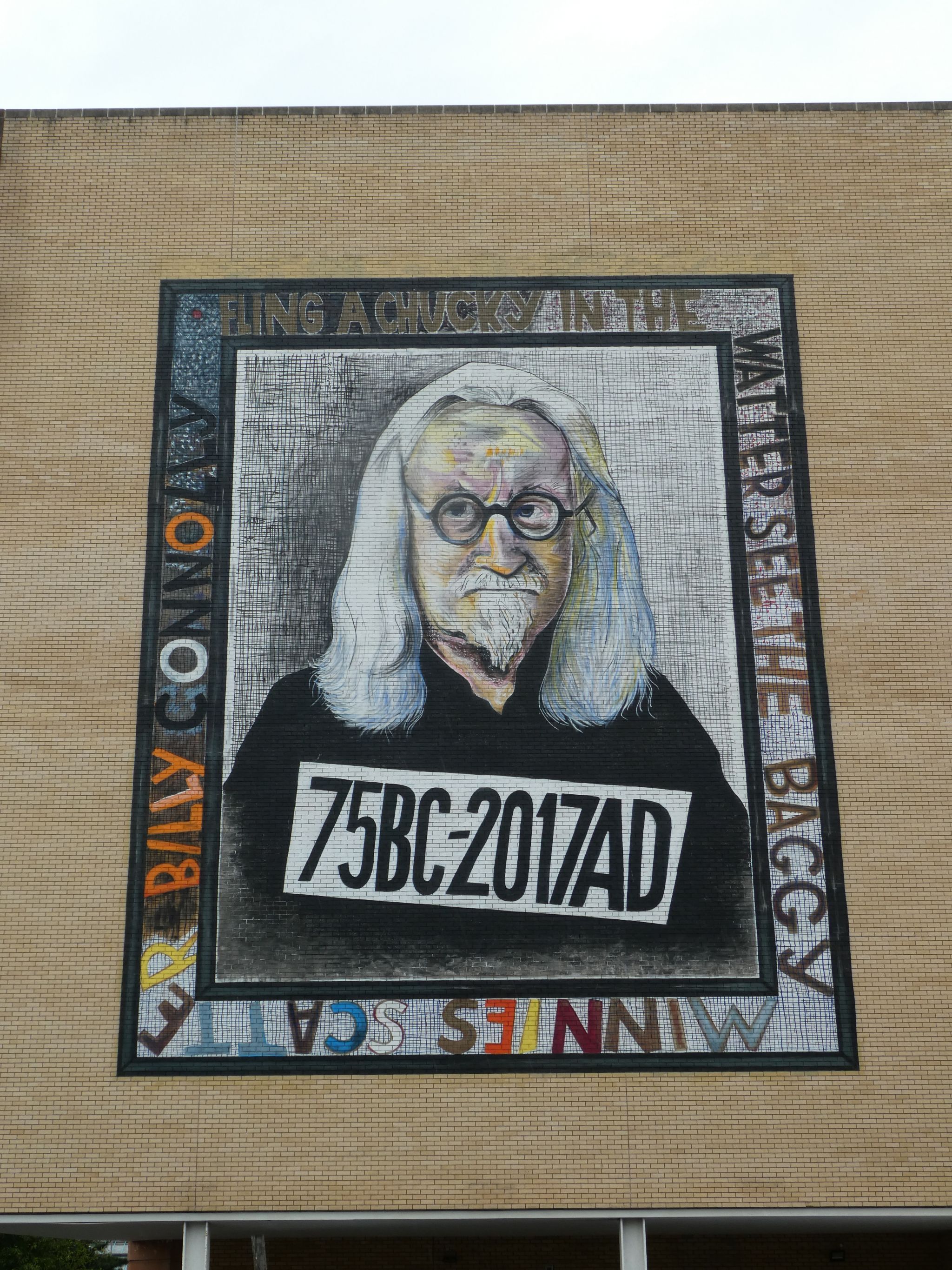 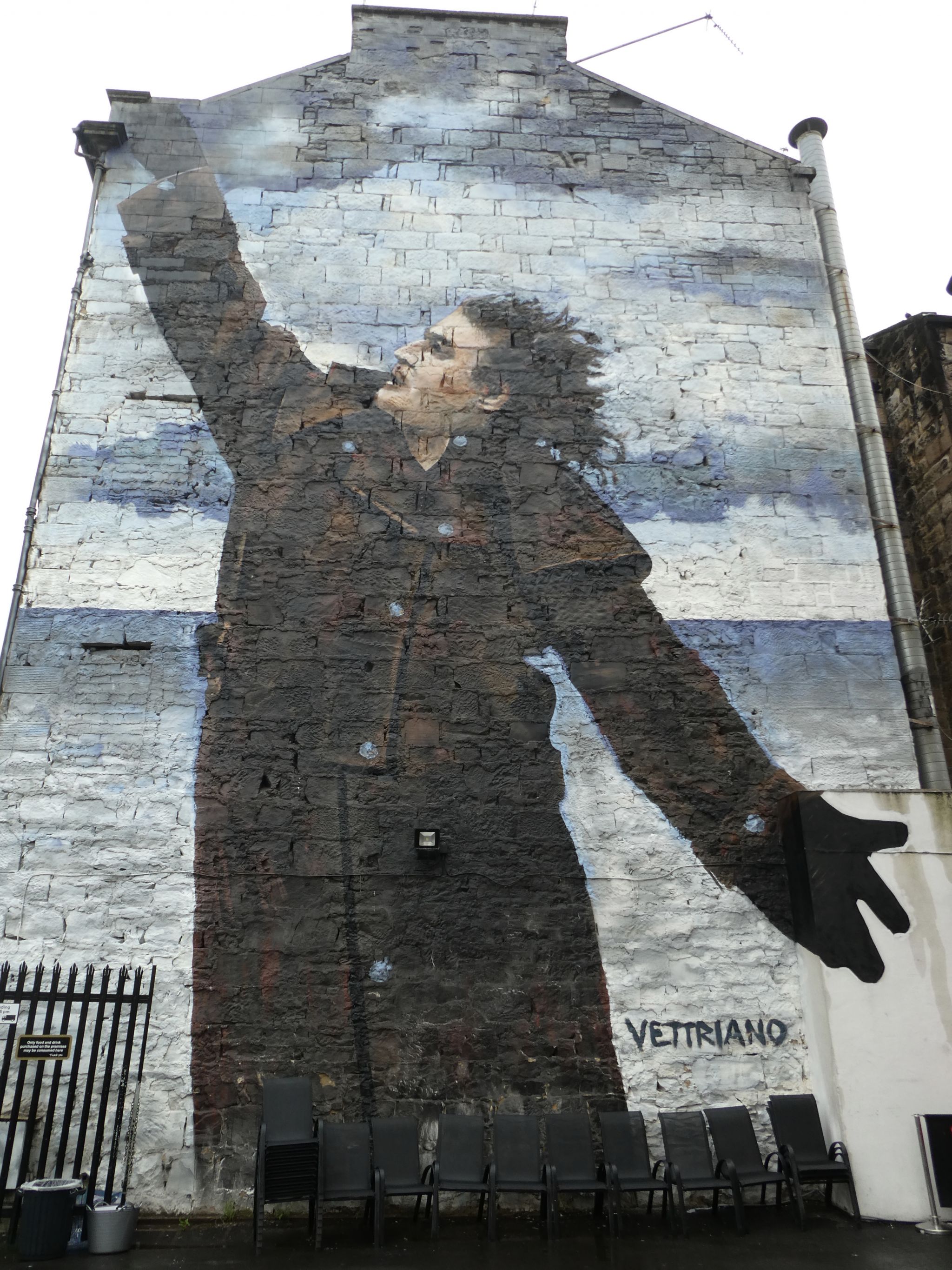 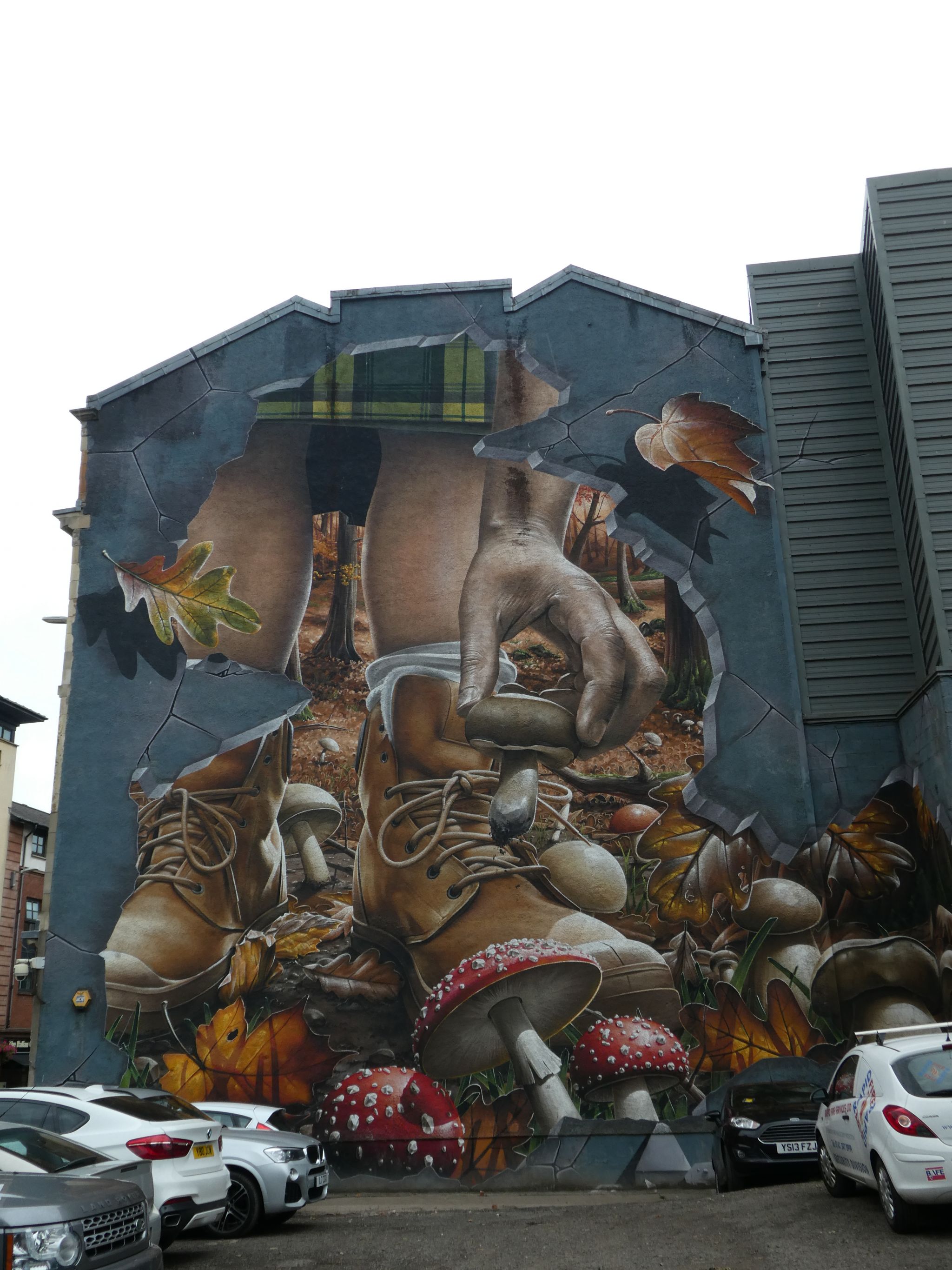 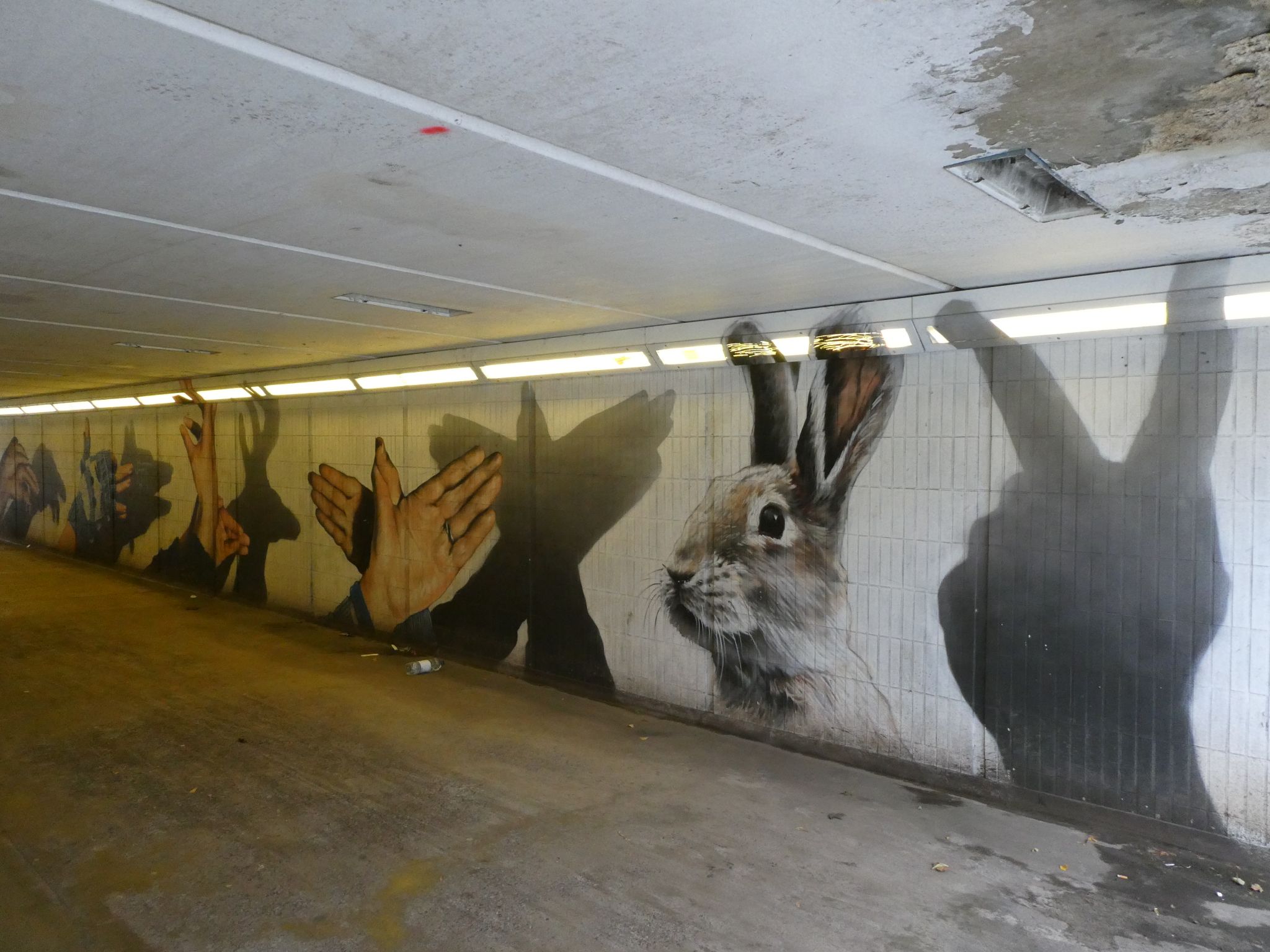 Glasgow has a vibrant arts, music and theatre scene.  One totally unique experience which we both loved is the Sharmanka Kinetic Gallery.  The gallery holds nightly shows of kinemats choreographed to music.  Kinemats are kinetic sculptures driven by electrical motors and controlled by electro mechanical devices, incorporating pieces of old furniture, metal scrap and carved wooden figures.

The kinemats are the work of Eduard Bersudsky, a self-taught Russian creator who began building kinemats in Leningrad in the 1970s.  Due to the repression of artistic expression under communism in the USSR, he was unable to display his works and they were seen only by close friends.

Following the collapse of the Soviet Union, he began showing the kinemats in Russia but left the country in 1993, eventually finding a home for the Sharmanka Kinetic Gallery in Glasgow in 1996.  Shows tour from time to time.  If you ever get a chance to see the kinemats, take it.  They are clever, technically impressive and utterly unique. 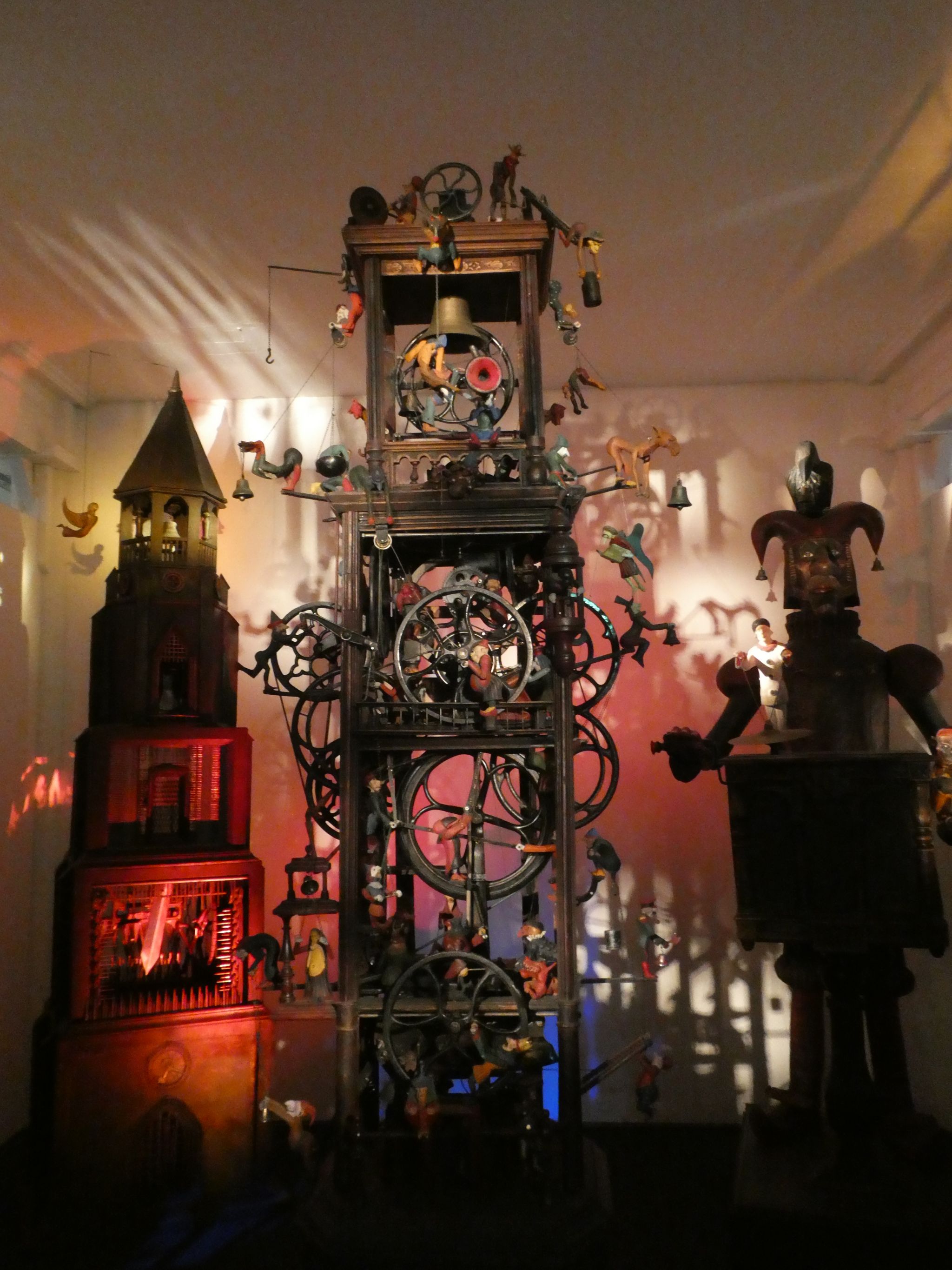 Last but not least, mention must be made of the Duke of Wellington statue.  There are statutes of Wellington all over the UK.  This one is nothing special and Wellington had no particular connection to Glasgow, but the statue has come to be a symbol of the city for a bizarre reason.

One day in the early 1980s, a traffic cone appeared on the Duke’s head.  Where it came from, no-one knows, but it is generally thought to have been a prank by a drunk University student.  Most such acts are blamed on drunk students, so why not.

Police removed the cone, but it reappeared.  Again and again.  Every time the cone is removed, a new one appears within days.  The Duke has now had a cone on his head for more than 30 years.  In 2011, Lonely Planet named the ‘coneheid’ as one of the ‘top ten most bizarre monuments on earth’.

In 2013, the City Council announced it intended to raise the plinth on which the Duke sits, to make it impossible to climb.  Mass protests ensued.  A ‘Save the Cone’ Facebook page attracted 72,000 followers in less than 24 hours.  Under sustained pressure, the Council relented.  The plinth remains unchanged and the Duke remains adorned with his cone.

We passed the statue several times over a few days and the cone was in place.  On our last morning, a second cone had appeared, this one on the Duke’s horse’s head.  Is this the beginning of a whole new chapter? 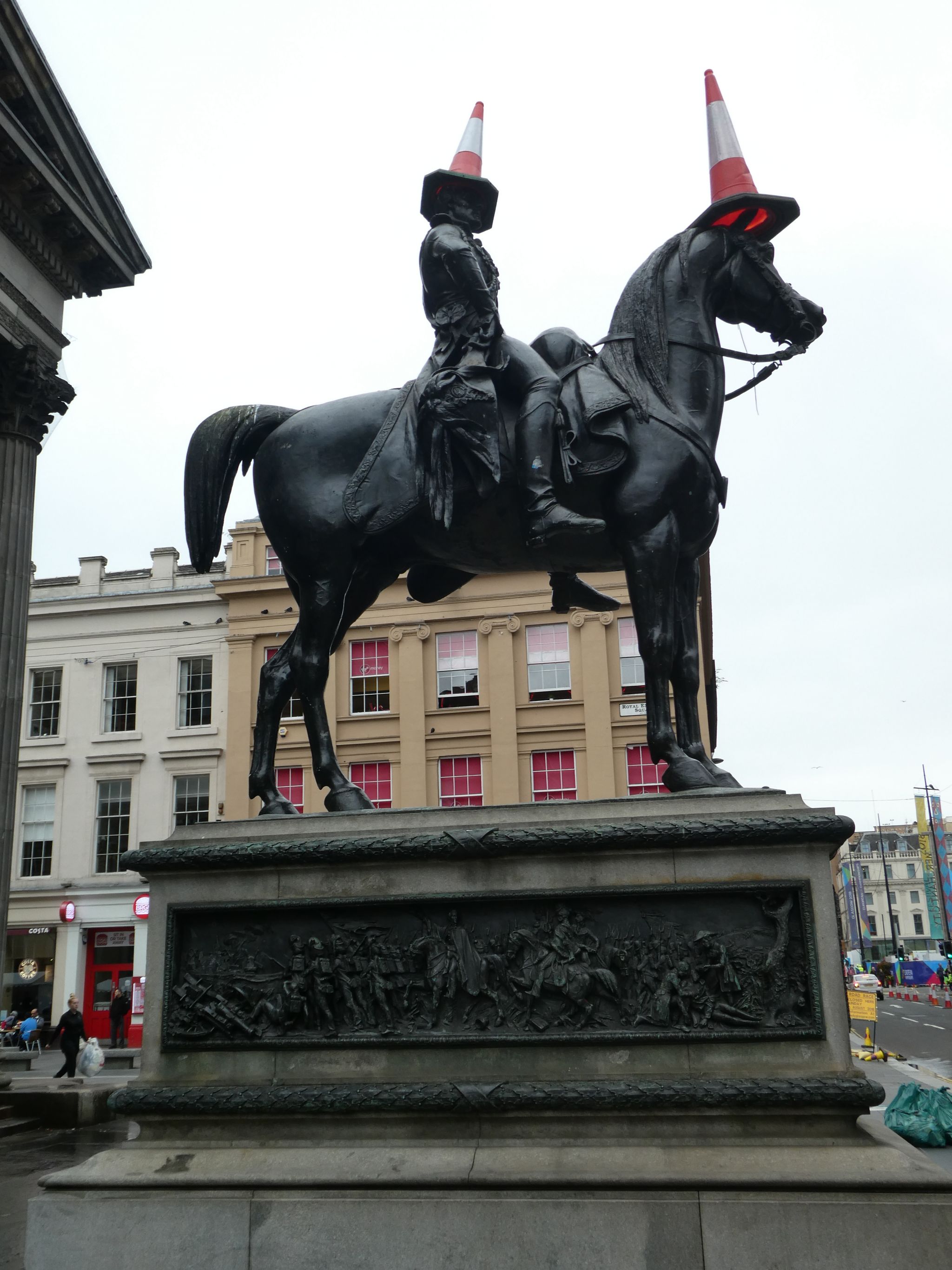