And then there’s York on Saturdays.   For reasons unknown, York has become the epicentre for hen weekends in the north of England.  An article in the Guardian a while back likened it to the invasion by the Vikings in 866CE except that for the locals ‘it is the inflatable penises they must dodge when navigating the cobbled streets rather than arrows from interloping archers’.   The article reported the situation had become so dire that it had been suggested the sale of ‘inflatable sex dolls and gigantic willies’ should be banned, but the Council had decided this was impractical.

We knew none of this before arriving, coincidentally on a Saturday afternoon.  Broad daylight, not even 4pm and the city centre streets were filled with cavorting hens, already in a significant state of intoxication and varying states of dress.  This wasn’t one or two groups.  This was a phenomenon.  And it was pretty funny. 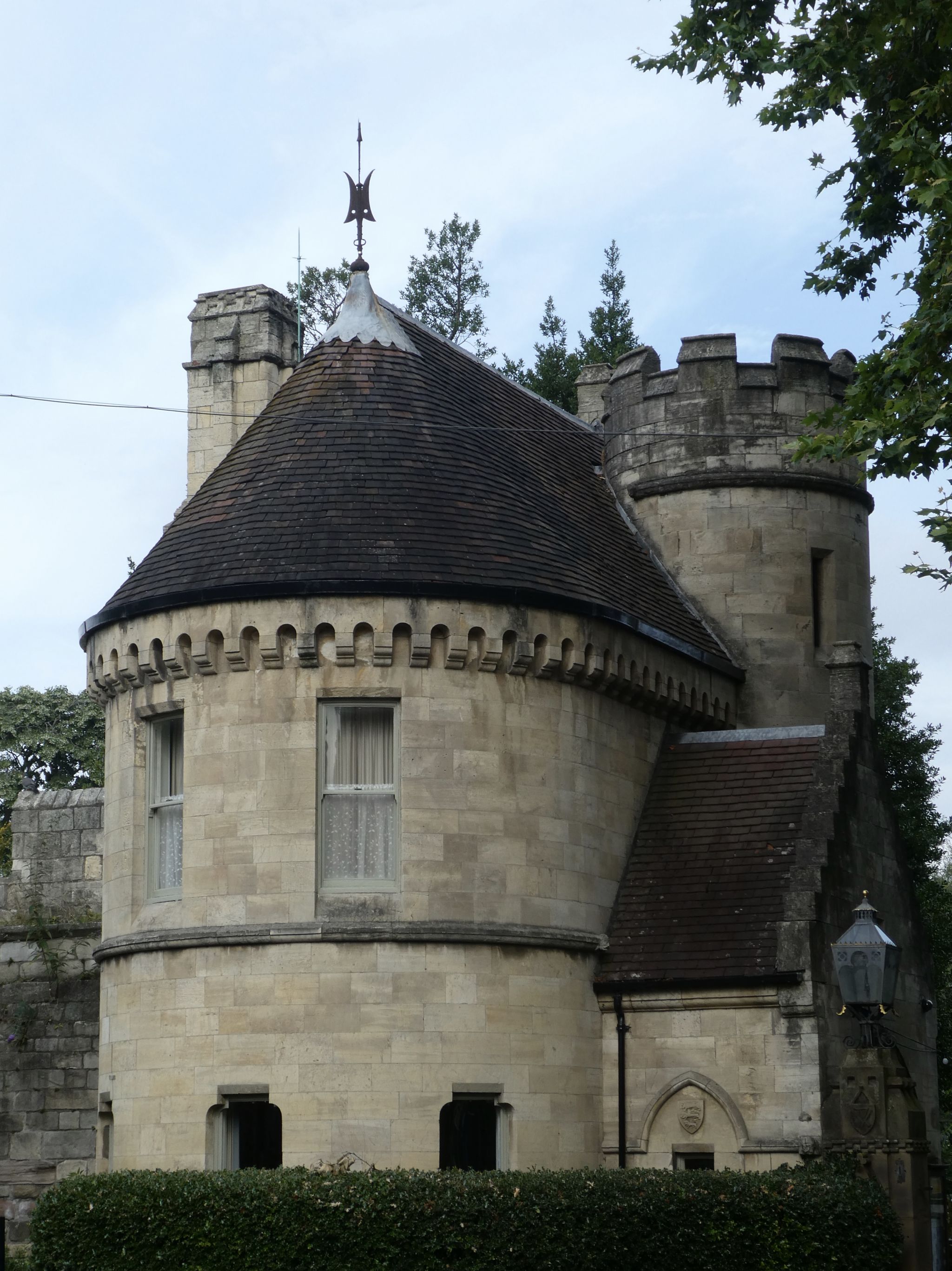 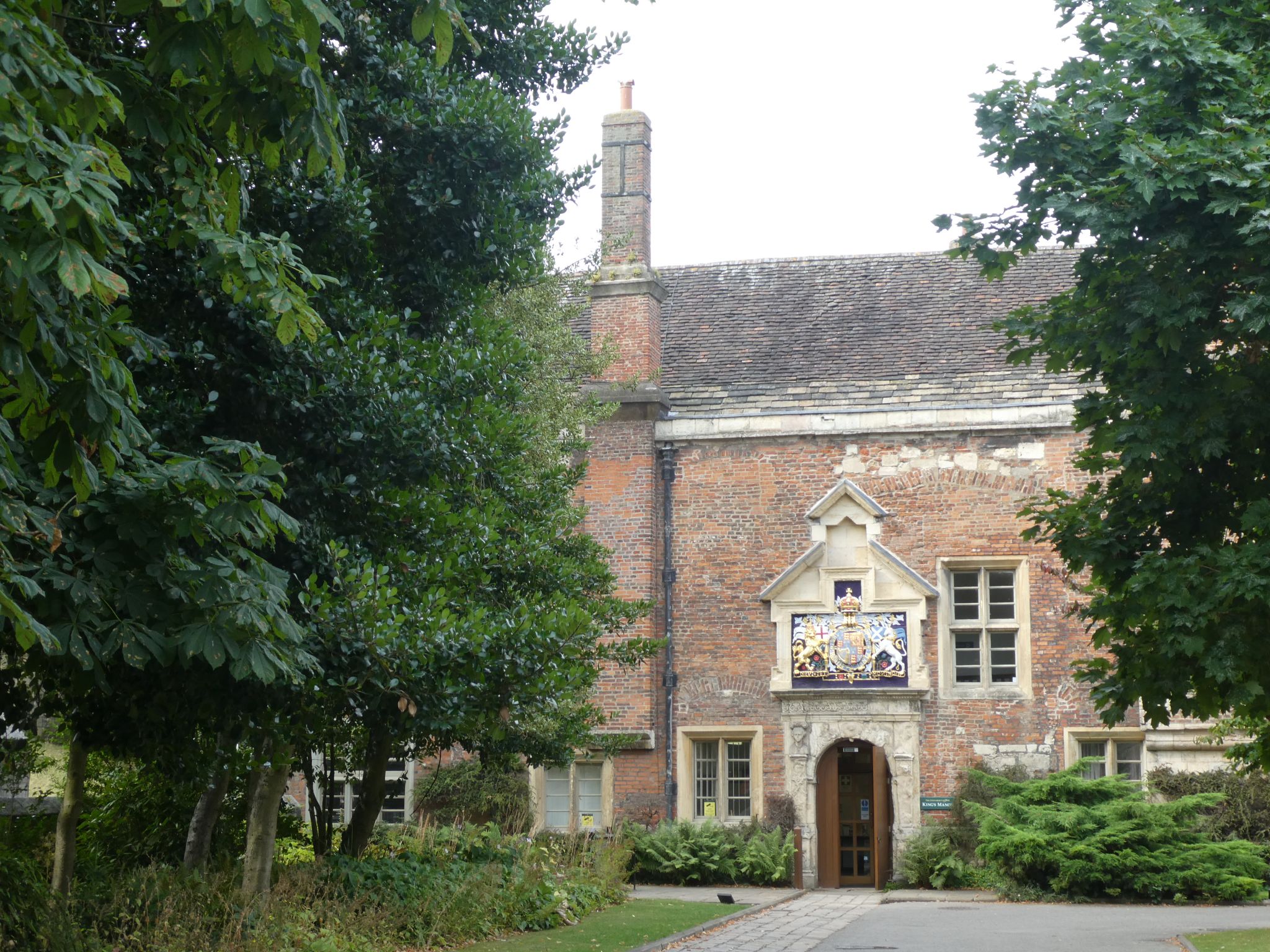 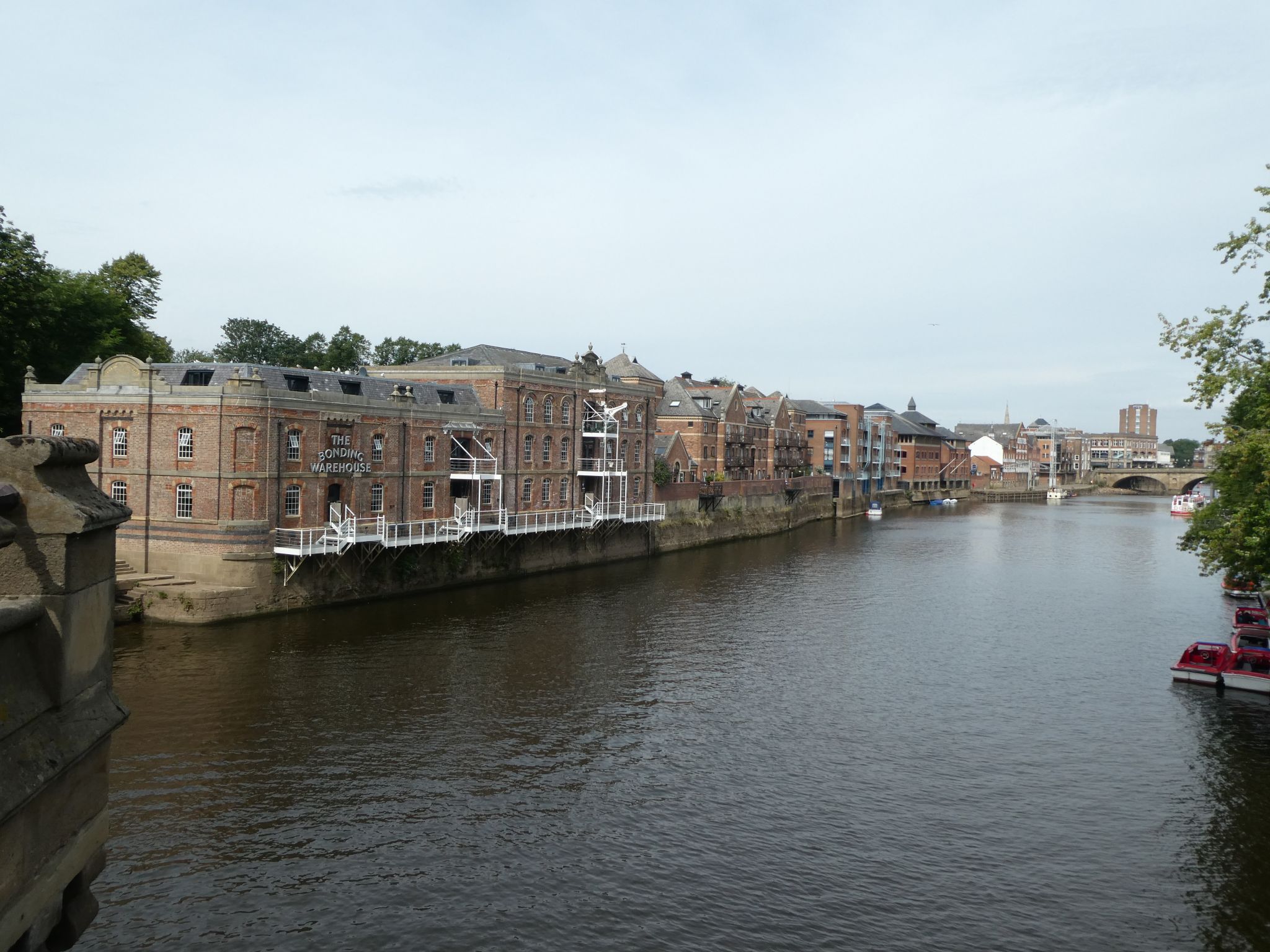 The city centre is surrounded by 13th century walls and it is possible to walk large sections of them.  The views of the city and the York Minster are exceptional. 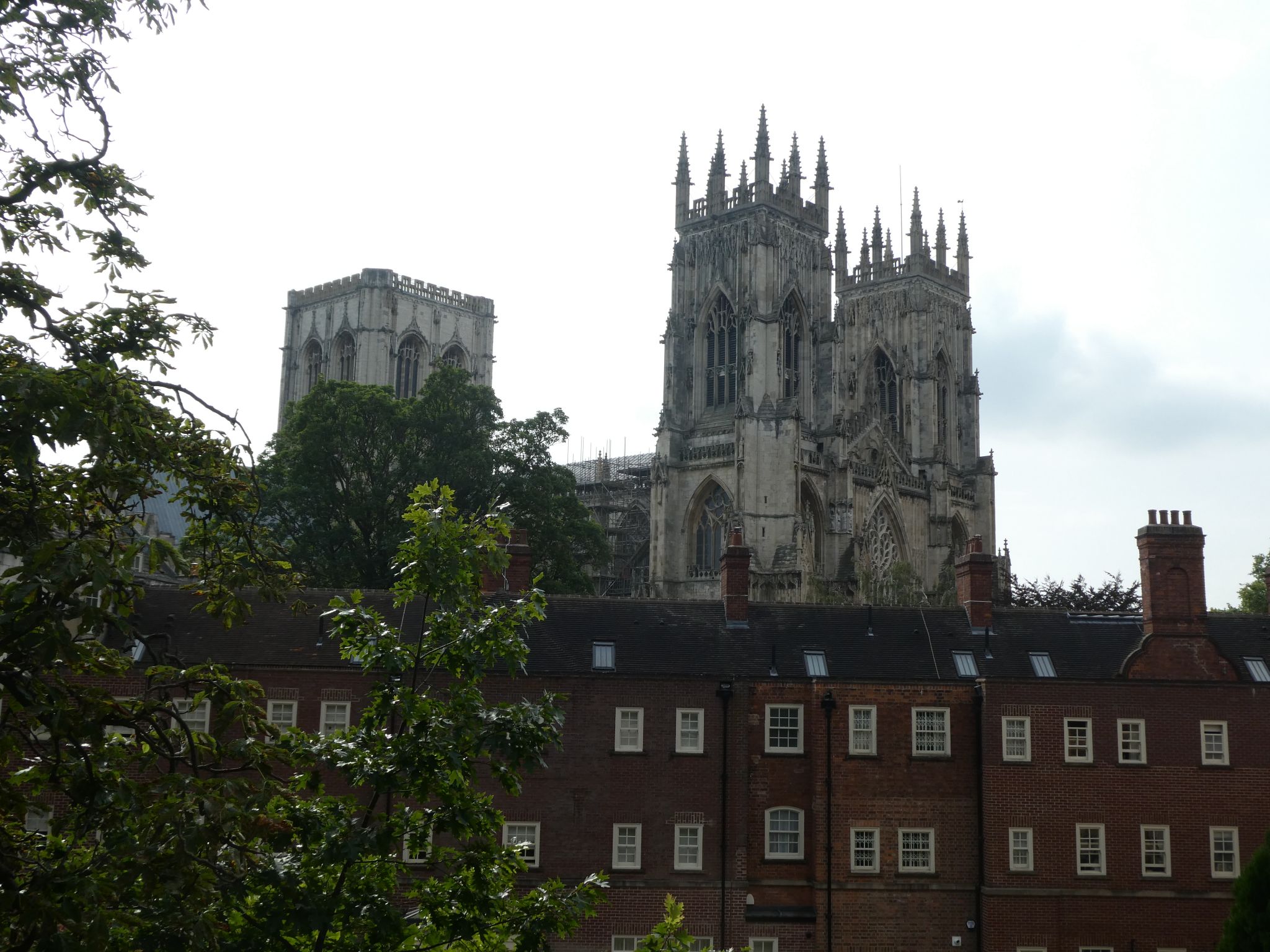 The Minster alone is worth a trip to York.  Built between 1220 and 1480, it is the largest medieval church in all of Northern Europe.  The stained glass windows are beautiful and the intricacy of the stone carvings is amazing. 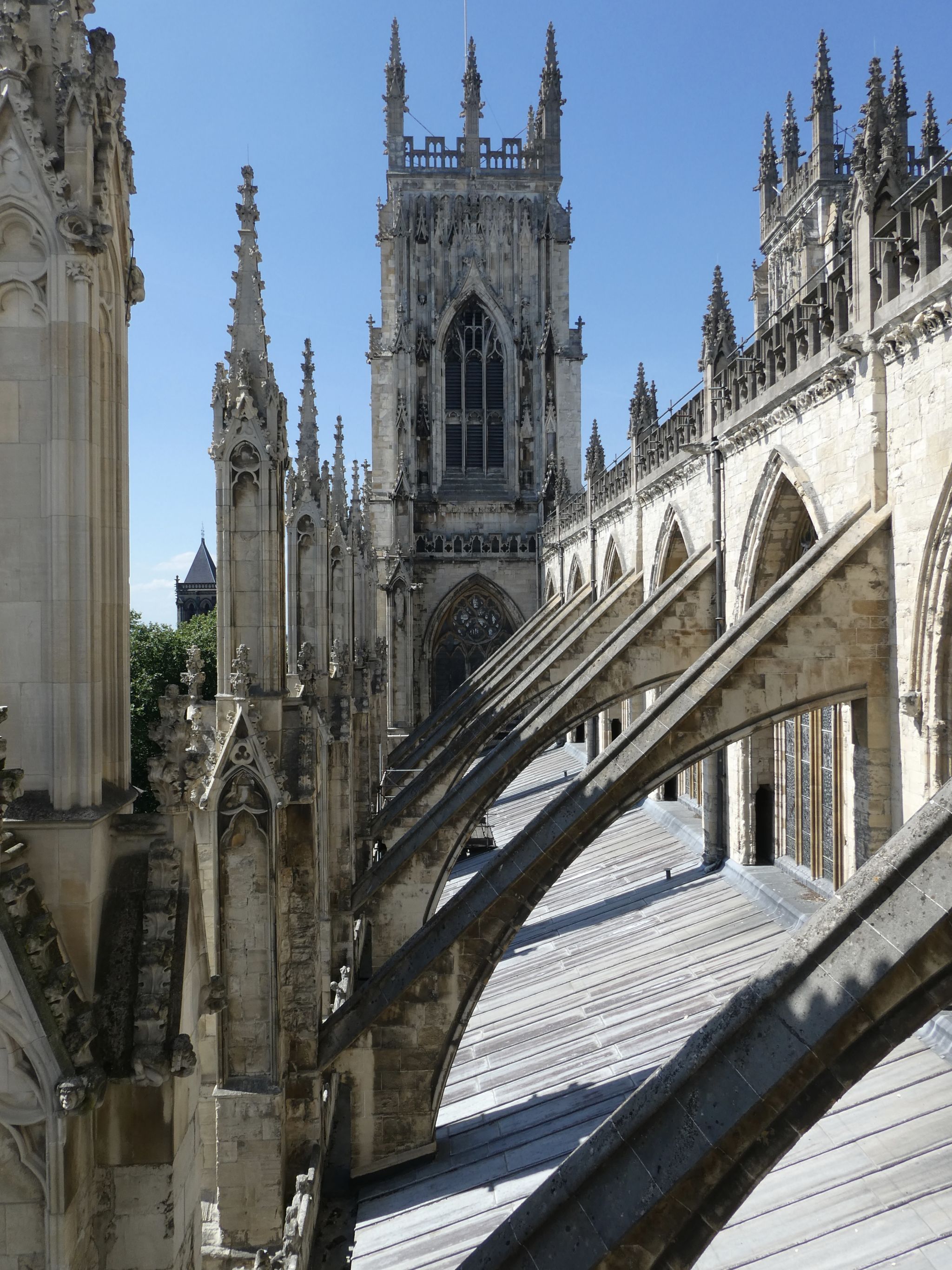 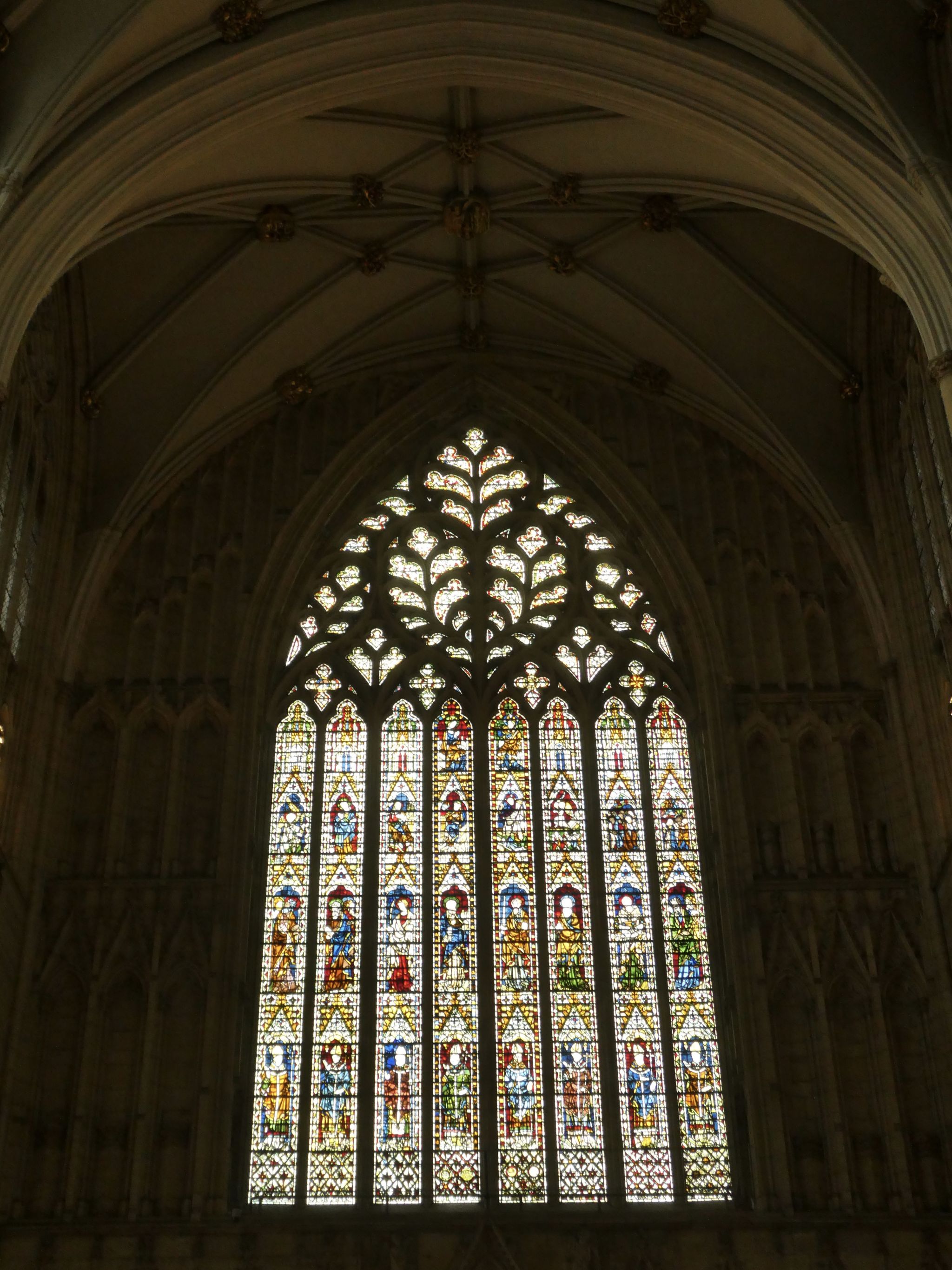 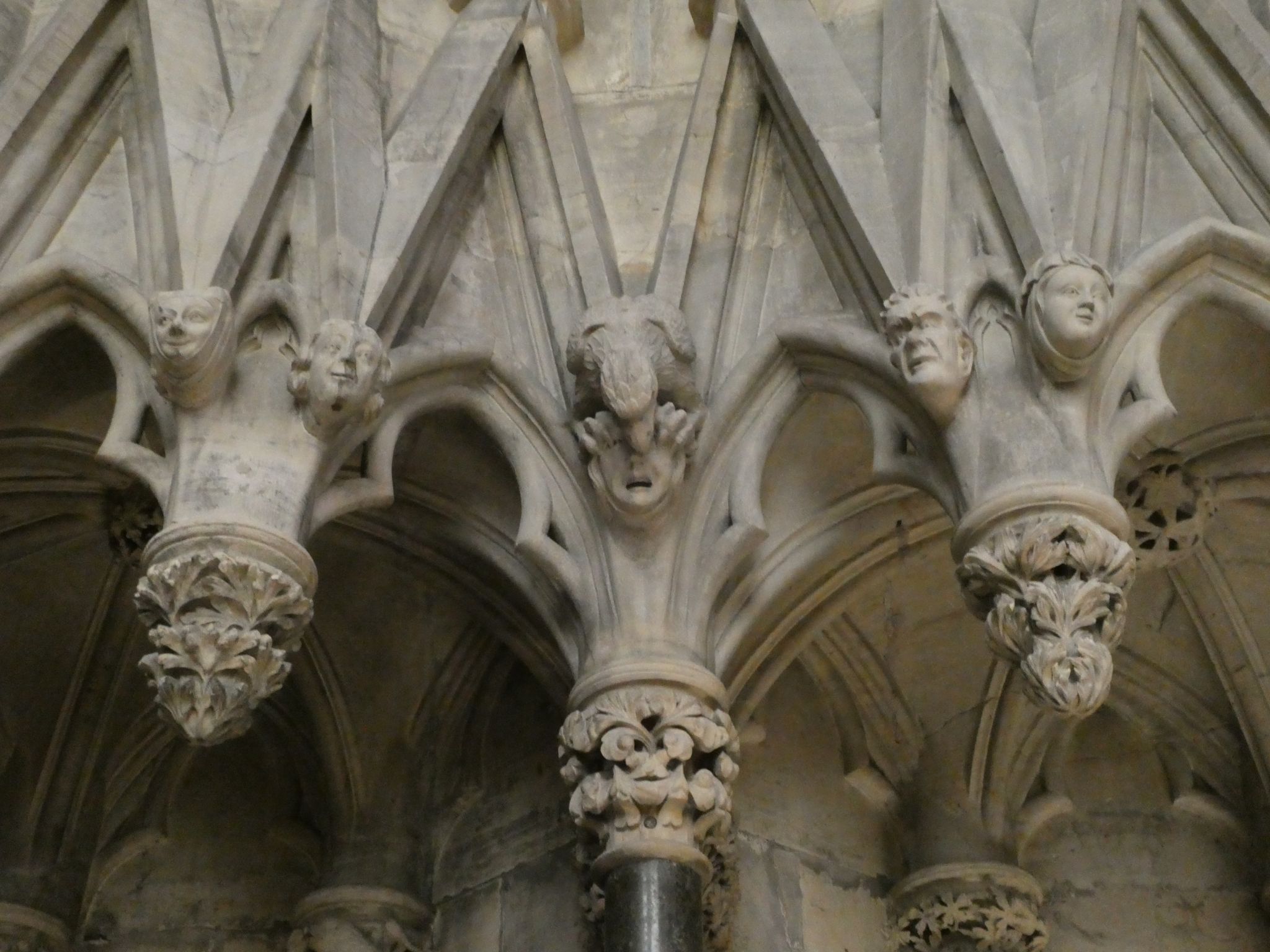 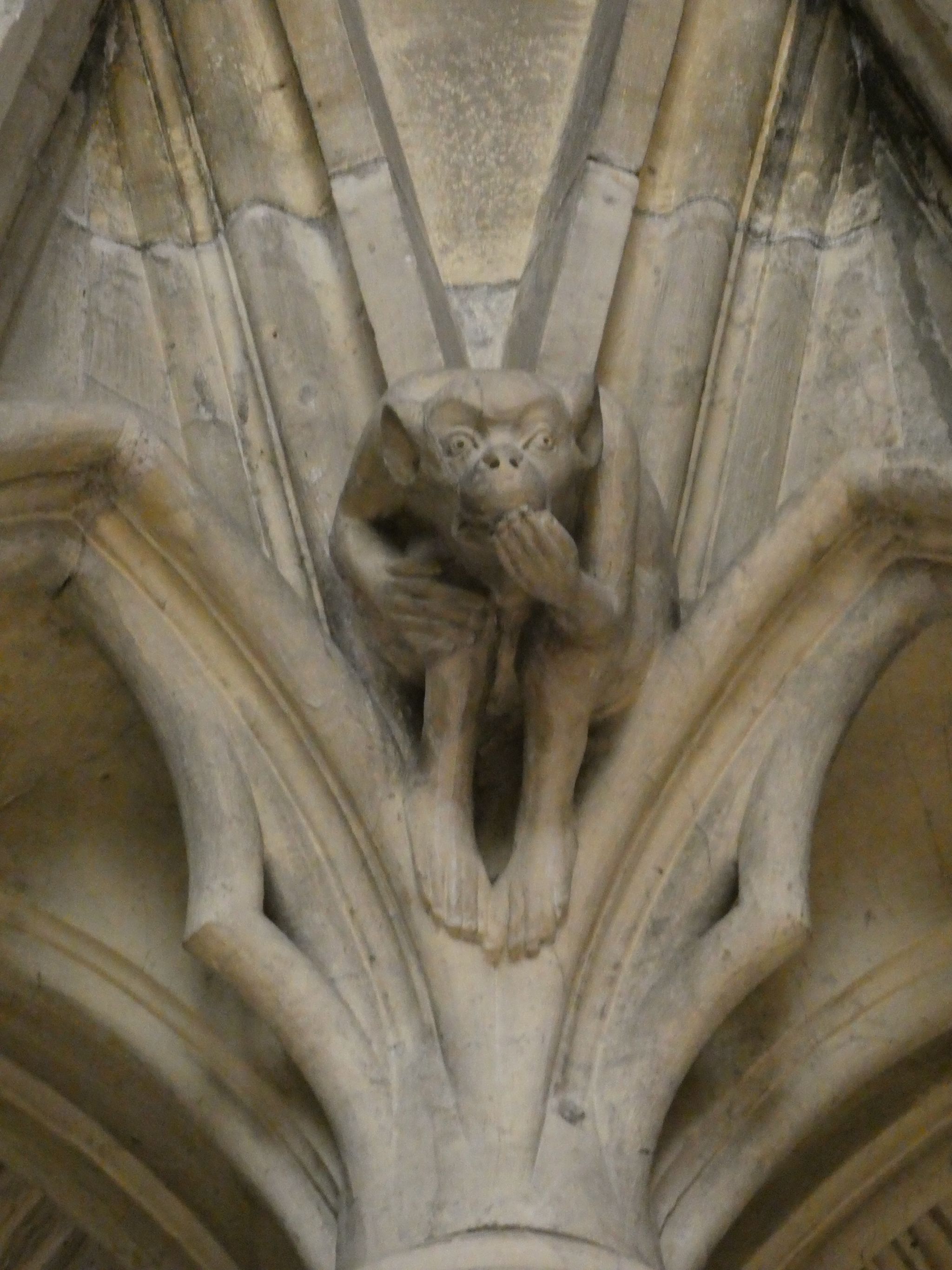 York is also famous for The Shambles, a 15th century cobbled lane which was originally mostly butcher shops and now is mostly tourist shops, although there are some excellent pastry shops as well.  It is said to be ‘one of the most visited streets’ in Europe, a statistic we found doubtful.  But it is certainly busy.

York is home to the National Rail Museum.  Second only to aircraft museums as a source of fun.  Even Julie had to admit the exhibit of historic royal trains was very interesting. 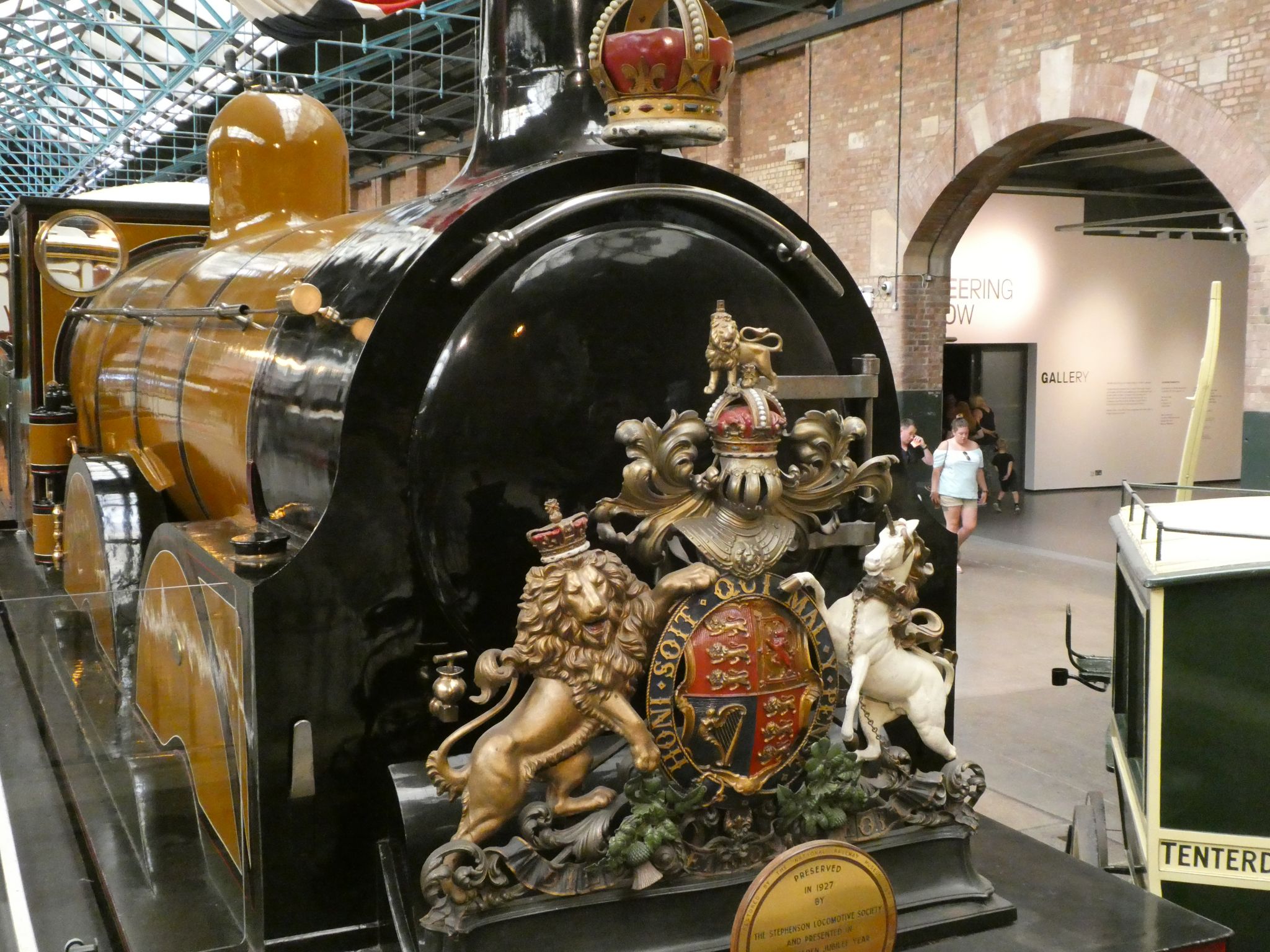 But the cut-through engines with signboards explaining how engines work, not so much.  Just quietly – the exhibition of Vivienne Westwood shoes at the York Castle Museum was soooo much better.

We also spotted this poor fellow.  Having spent his life working the crowd at Waterloo Station soliciting donations for railway charities, upon his death poor Fido has been taxidermied and placed in a display case for posterity. 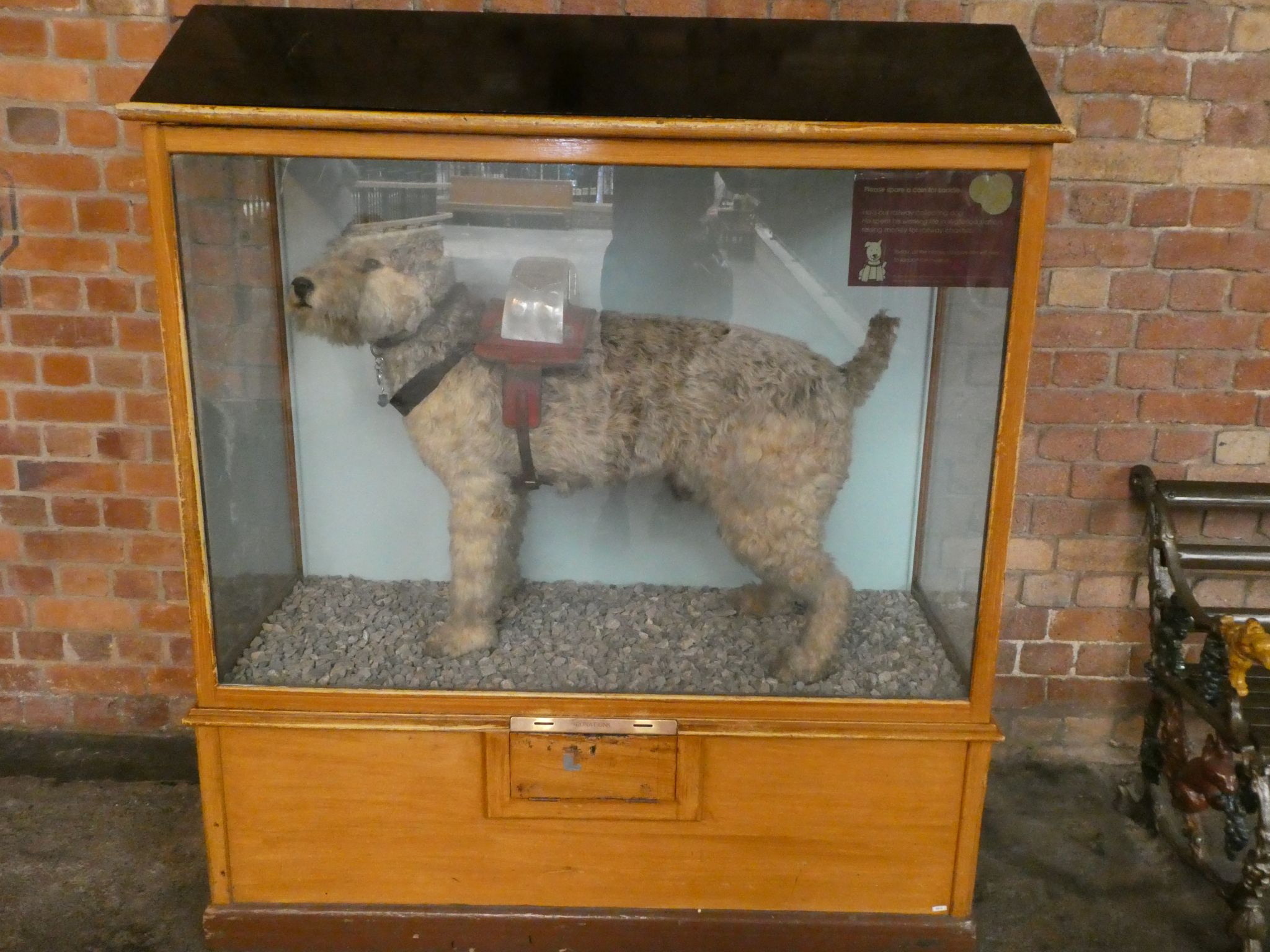 From York we thought we’d go next to Leeds, but on our last afternoon in York, an email arrived from some old friends saying ‘we’re in Prague, are you anywhere near’.  Well, nowhere is all that far in Europe, so the next day found us in Prague.  See next post!