Rothenburg is on the Romantic Road through southern Germany and is well known for its preserved medieval old town.

In 1631, during the Thirty Years War, Count Tilly wanted to quarter his soldiers in Rothenburg.  The town refused, and Tilly overran the city.  He imprisoned the local councillors, who offered many incentives for their release, including an offering of 3.5 litres of wine.  Tilly announced that if anyone could drink the whole lot in one drink, he would release the town, but anyone who tried and failed would be executed.  The Mayor stepped up and won the challenge.  Tilly kept his promise and withdrew his soldiers.

Australian cricket fans may think the Mayor’s efforts rather pale in comparison to David Boon’s historic record of 52 cans of beer consumed on the flight to London for the 1989 Ashes tour, but we digress.

The incident is commemorated in the Ratstrinkstube Clock Tower in the City Hall Square.  Every hour on the hour between 10am and 10pm, the clock strikes and windows either side of the clock face open to reveal two mechanical figures re-enacting the Mayor’s wine-guzzling act of heroism.  Count Tilly in cavalier dress appears in one window.  The Mayor appears in the other, raises his tankard to his lips and continues to drink for as long as the clock chimes. 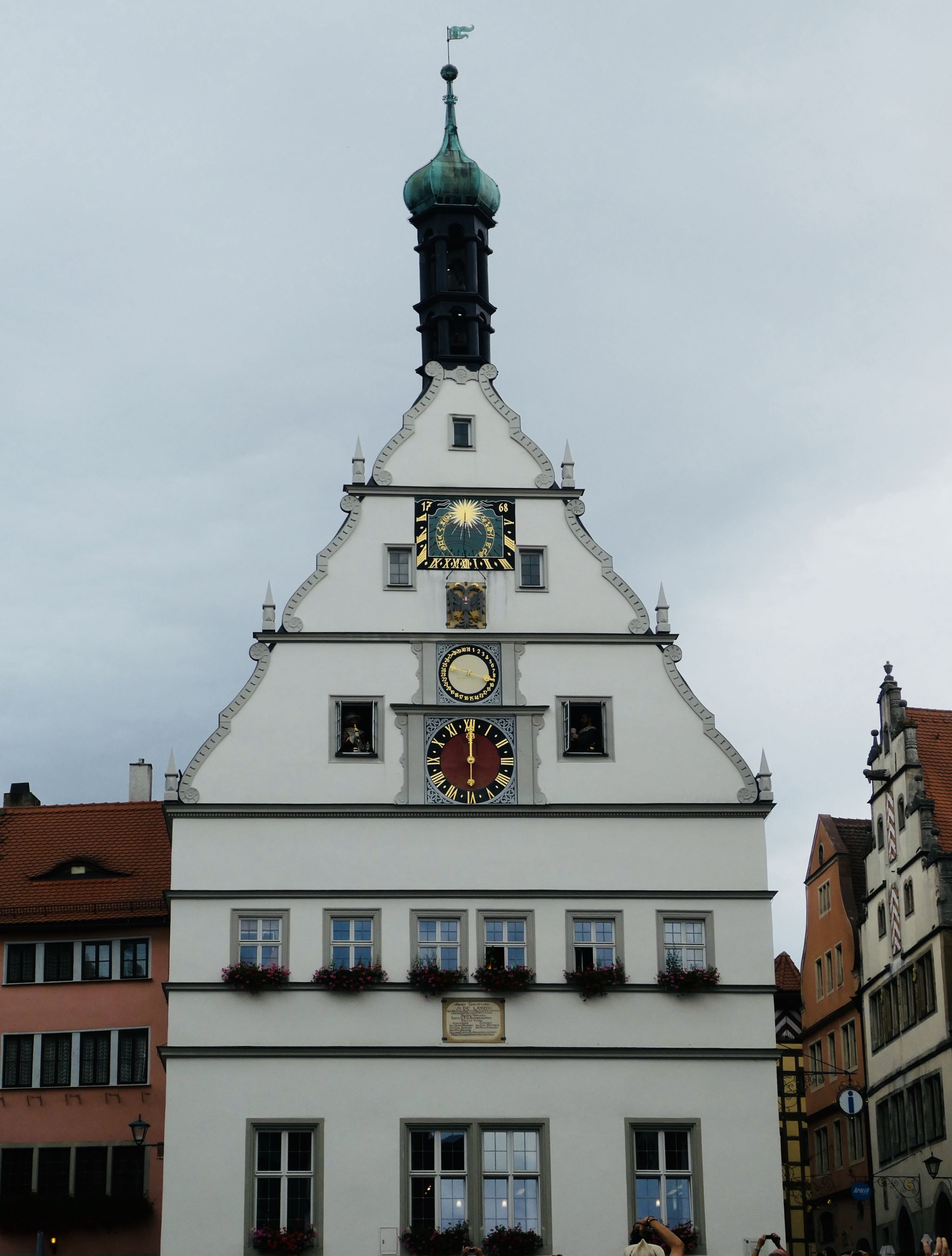 In the mid 1300s, Rothenburg was one of the 20 largest towns in the Holy Roman Empire.  But in the 1600s, the Thirty Years War and the bubonic plague a few years later, decimated the city’s population.  After that time, the town remained virtually unchanged for the next few centuries.

With its intact 17th century architecture and traditional community life, the town began to be a tourist attraction in the late 1800s but then a darker aspect to that tourism emerged.  In the 1930s, Rothenburg was held out by Nazi ideologists as the epitome of the German ‘Home Town’ reflecting a notion of family and a community life which was ‘quintessentially German’.  The Nazi organisation Kraft durch Freude (‘Strength through Joy’) organised trips to Rothenburg from all over the Reich, promoting it as exemplifying the ‘ideal Nazi community’.

This was supported by many locals both for the economic benefits and because they approved of Rothenburg being hailed as ‘the most German of German towns’.  In 1938 it was one of the first German towns to expel its Jewish population.

A plaque to the expelled Jews now recognises this blot on the town’s history. 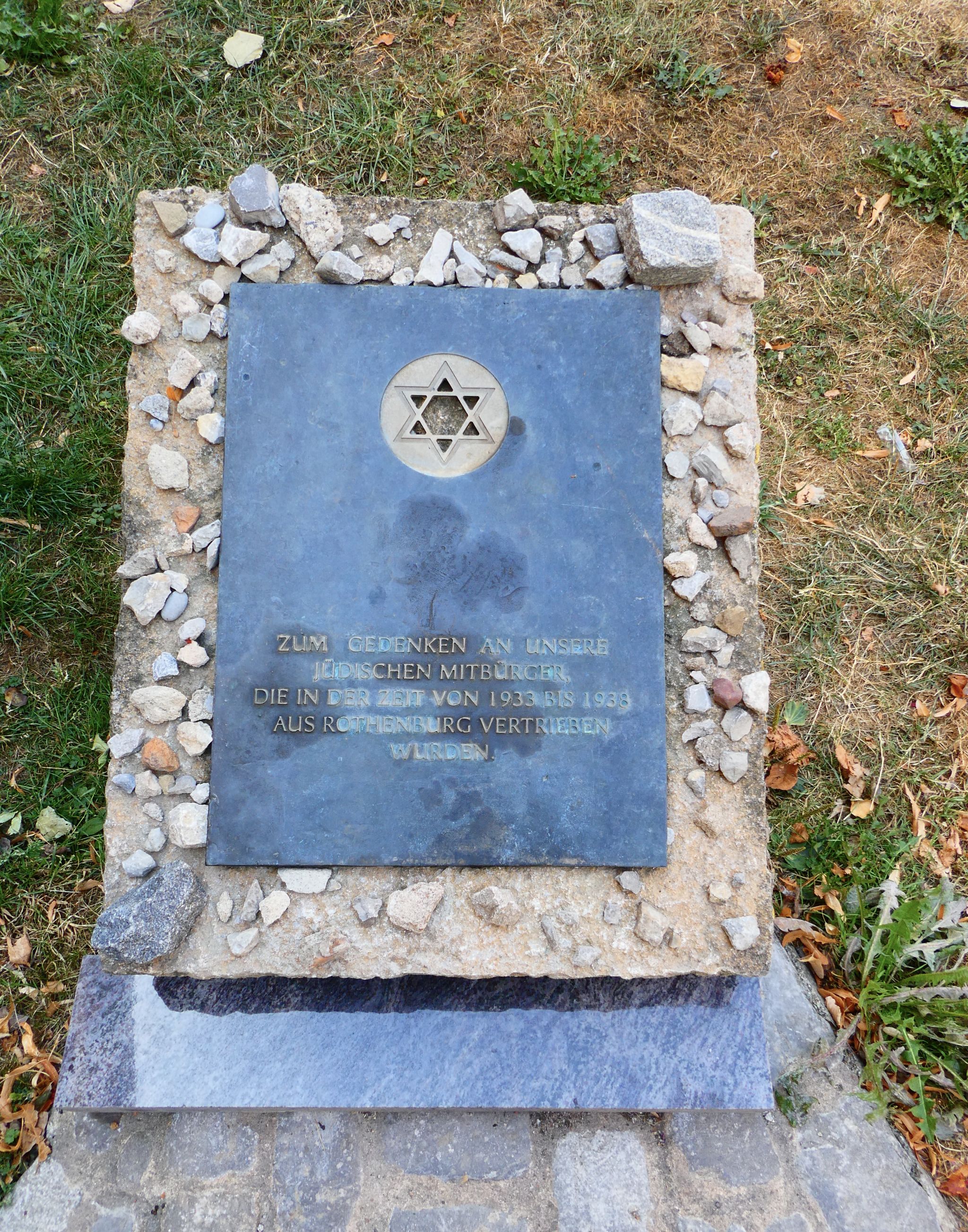 On a happier note, in March 1945, as the Allied Forces advanced, German Army troops were stationed at Rothenburg.  As with troops throughout Germany at that time, they were ordered to defend and not surrender the town.  On 31 March 1945, the Allies bombed the town, causing damage to the town’s historic walls and destroying over 300 houses and several public buildings.

US Assistant Secretary of War, John McCloy was aware of the historic significance of Rothenburg and ordered the local commander not to use artillary to take the town.  Aware of those instructions, the local British Commander sent six soldiers, including one US Private who spoke fluent German, to the town with a message. If you surrender, we will not harm the town.  If we are not back in three hours, an attack will commence.  The local German commander, in breach of his orders but favouring preservation of the historic town, agreed.

And that is why so much of this town remains so wonderfully and authentically intact where so many others were destroyed in the war.

The damaged parts of the wall were restored, with donations coming from all over the world.  The names of donors are celebrated with stone tablets set into the restored walls.

It is possible to walk almost an entire circuit of the walls and climb many of the defensive towers. 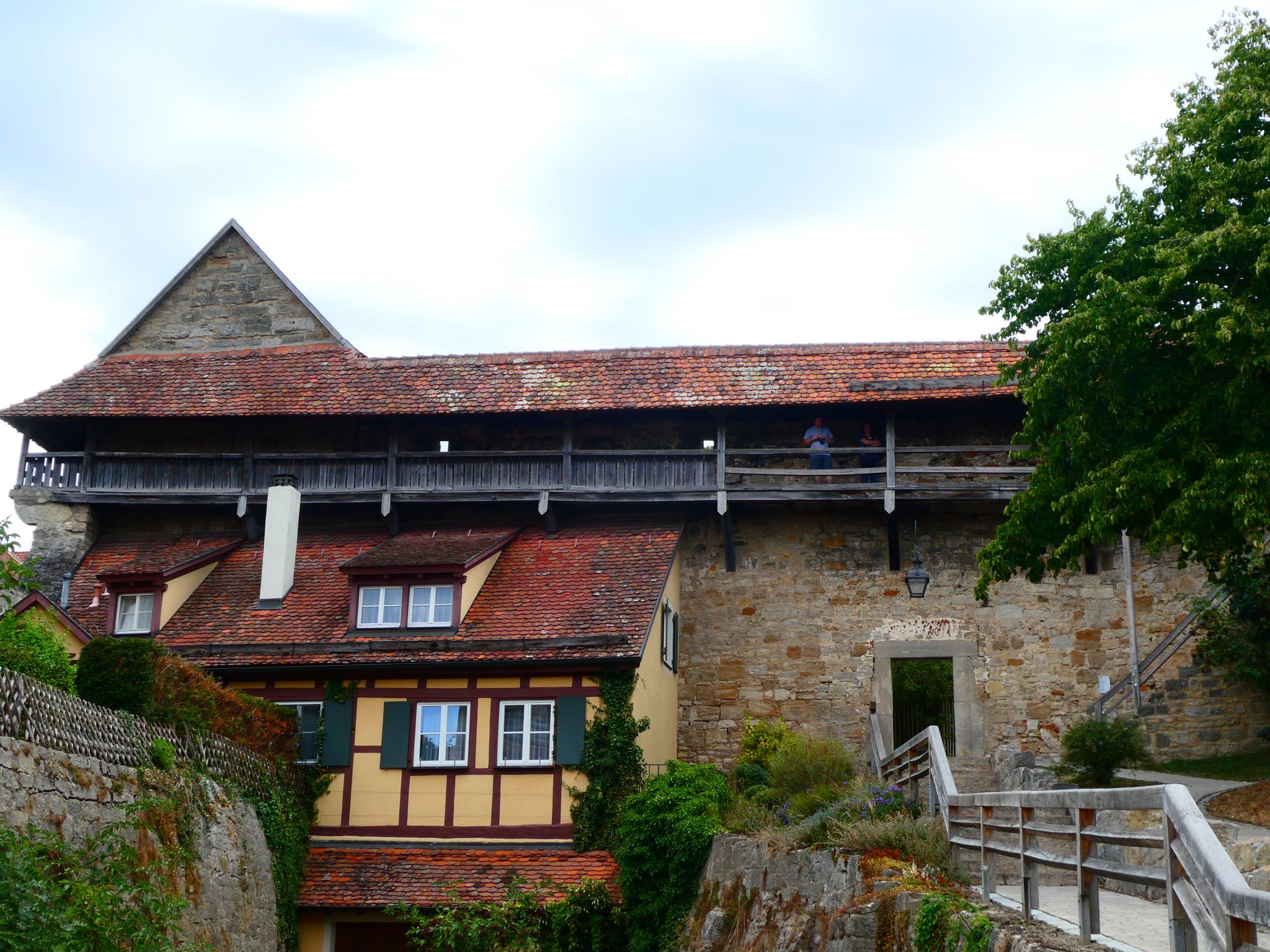 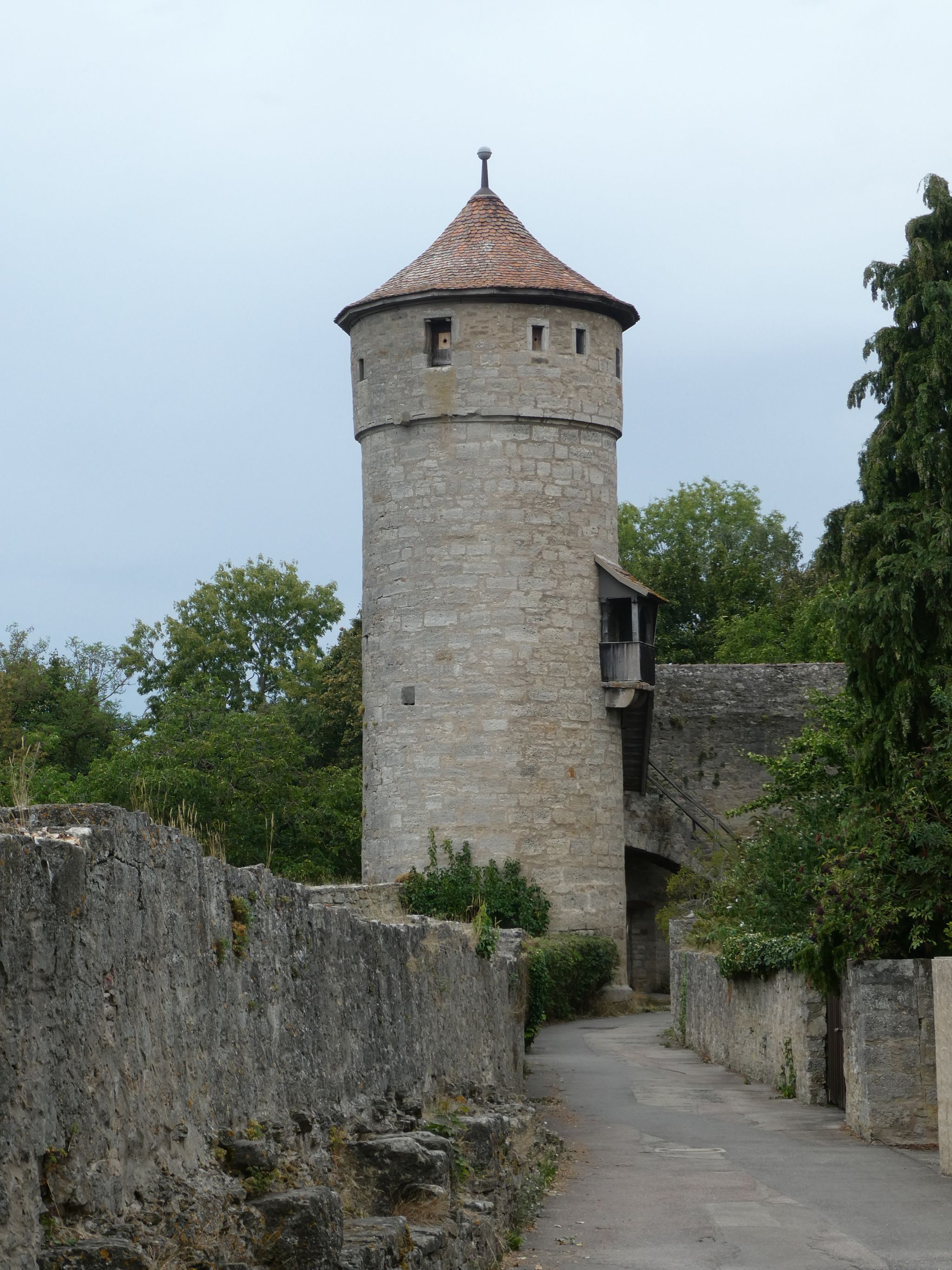 The wall walk is an easy stroll, with good views over the town within the walls and over the surrounding area. 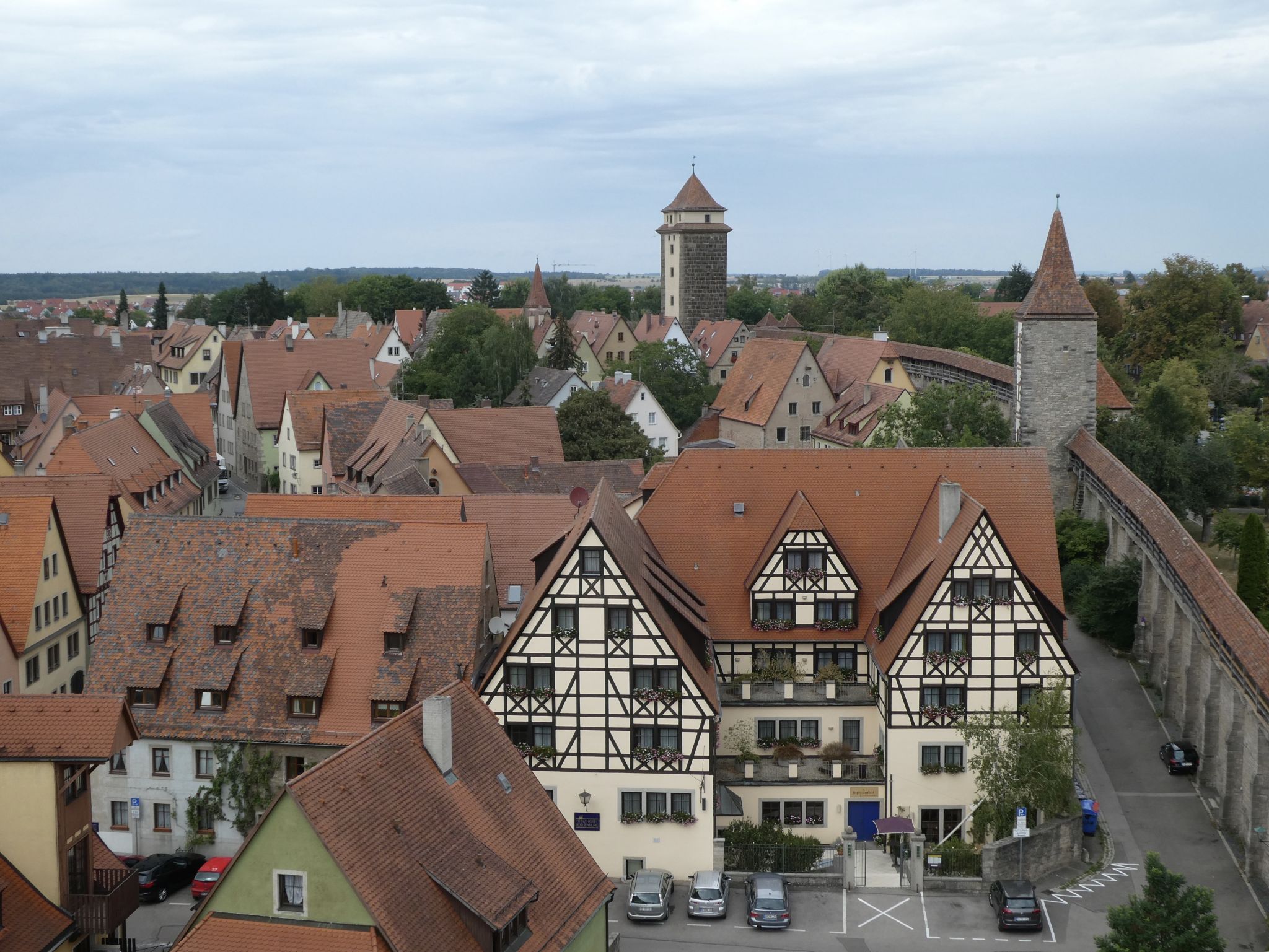 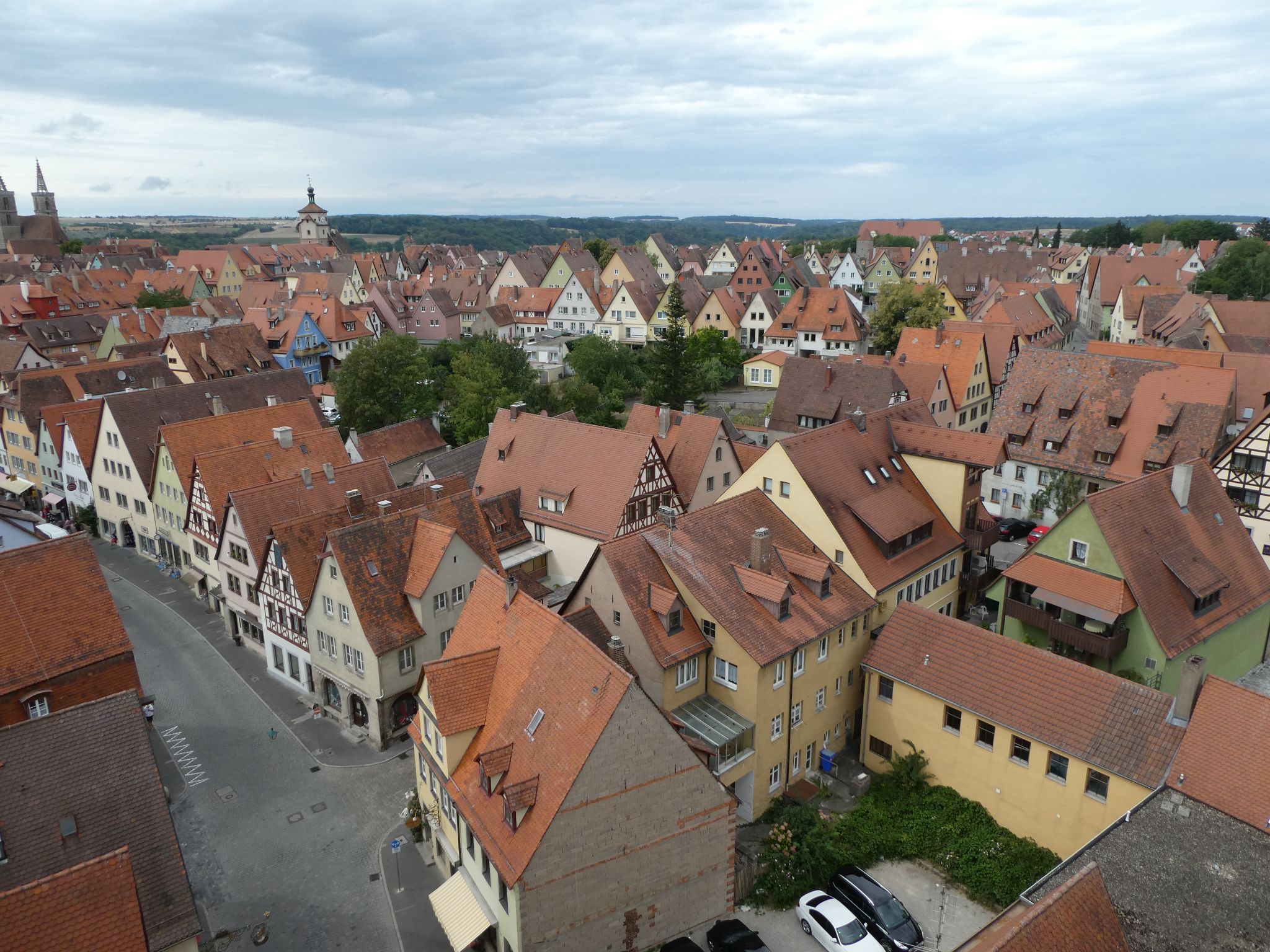 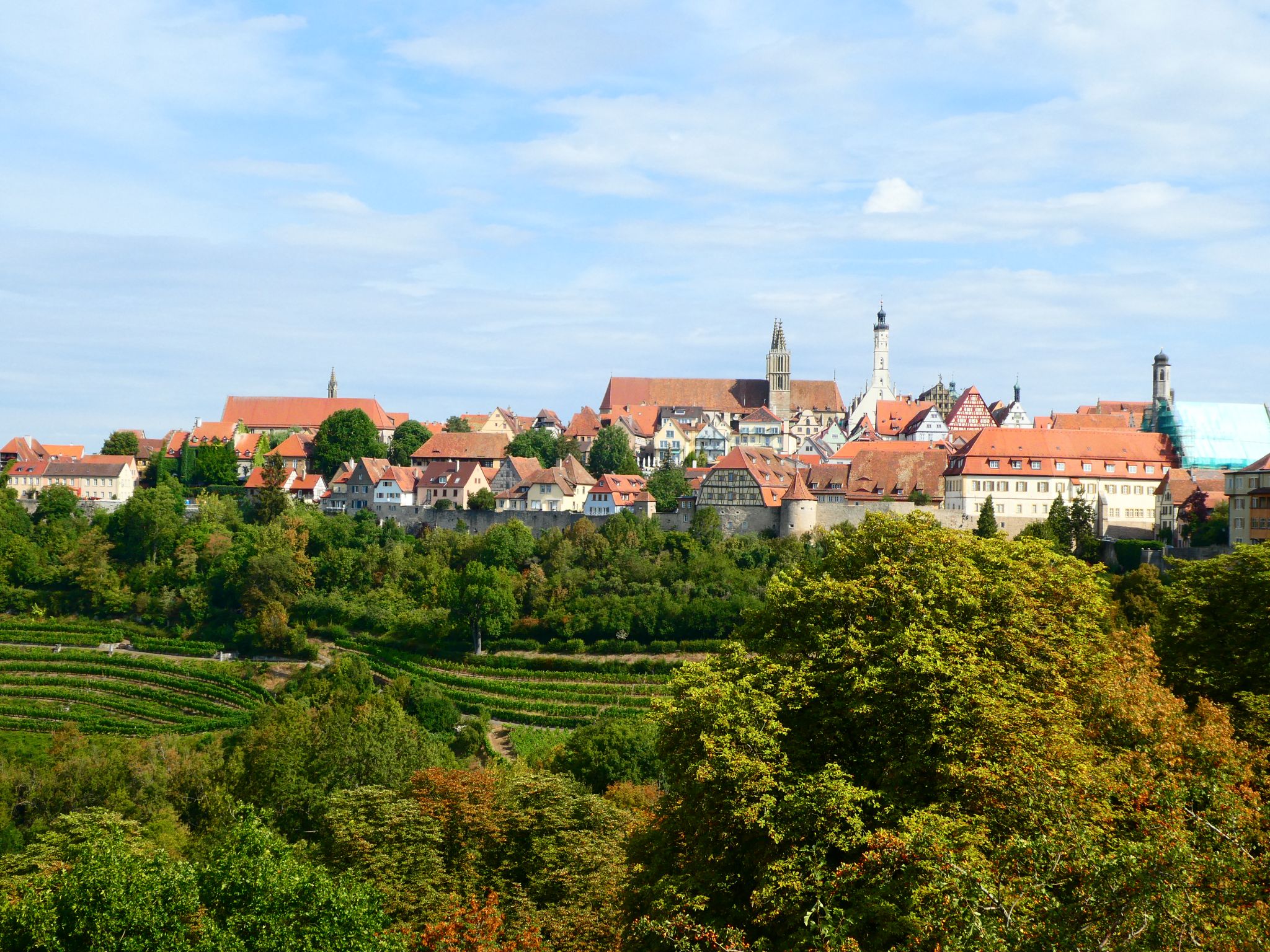 Within the town walls, the architecture is just stunning. 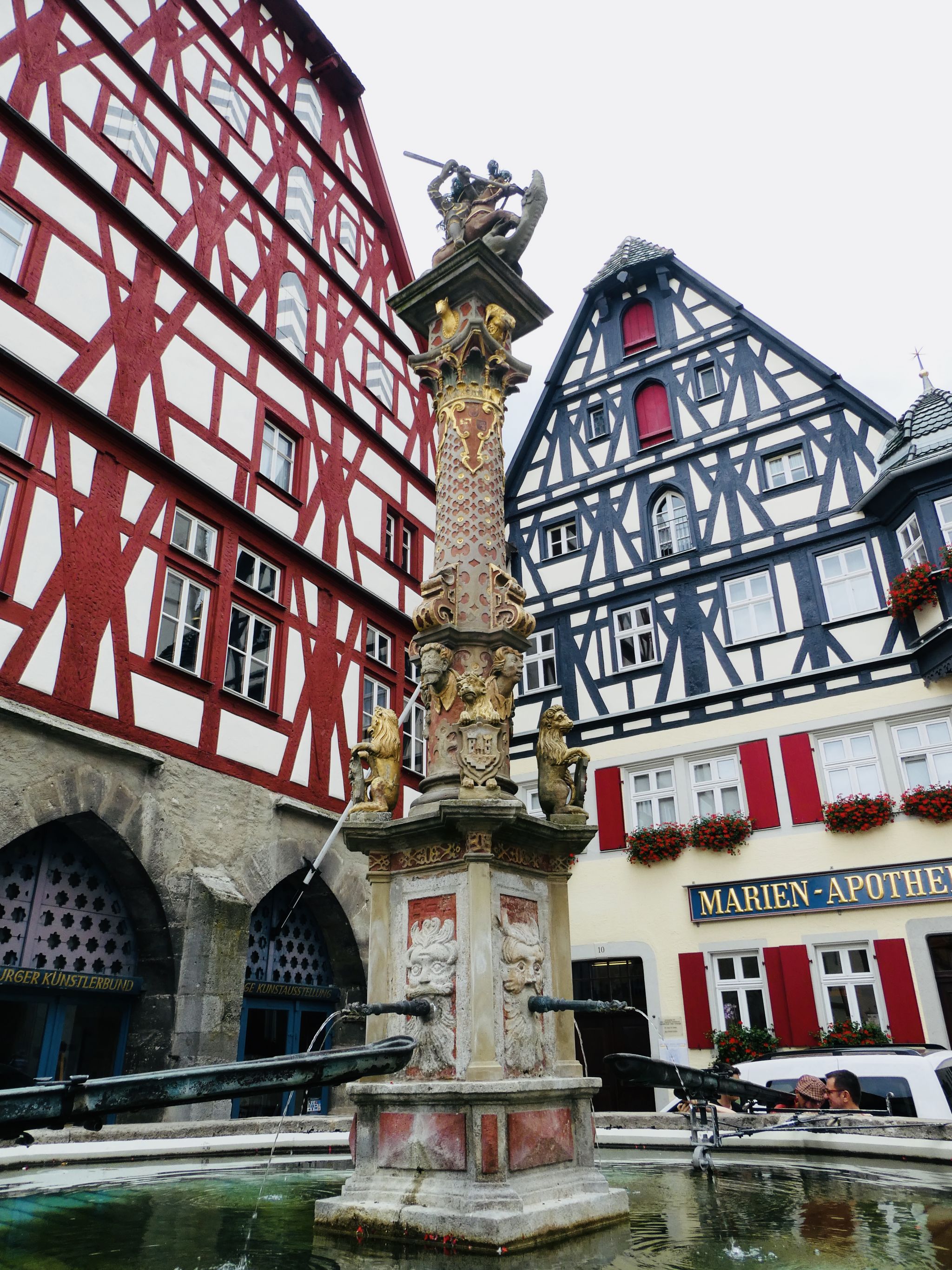 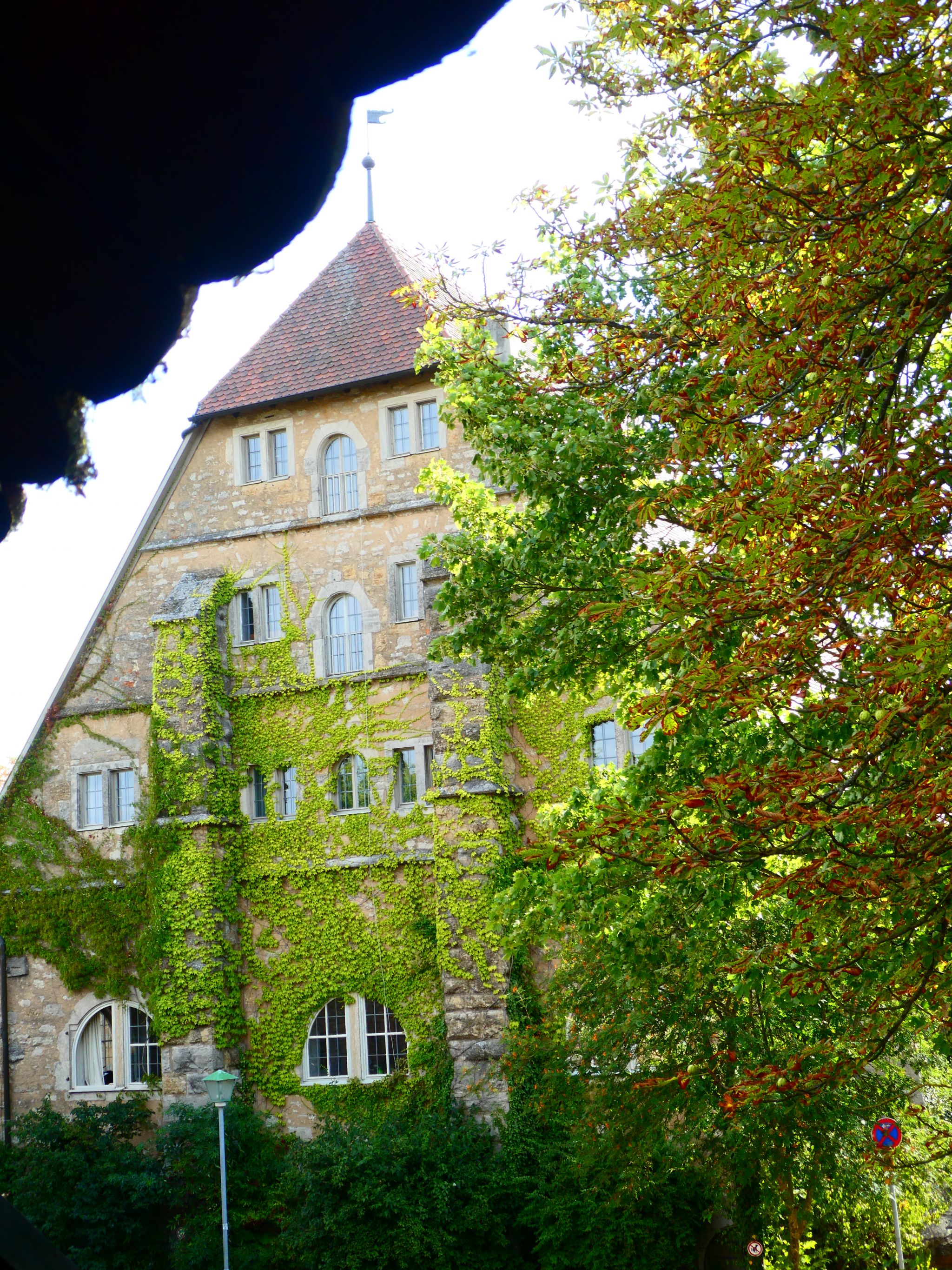 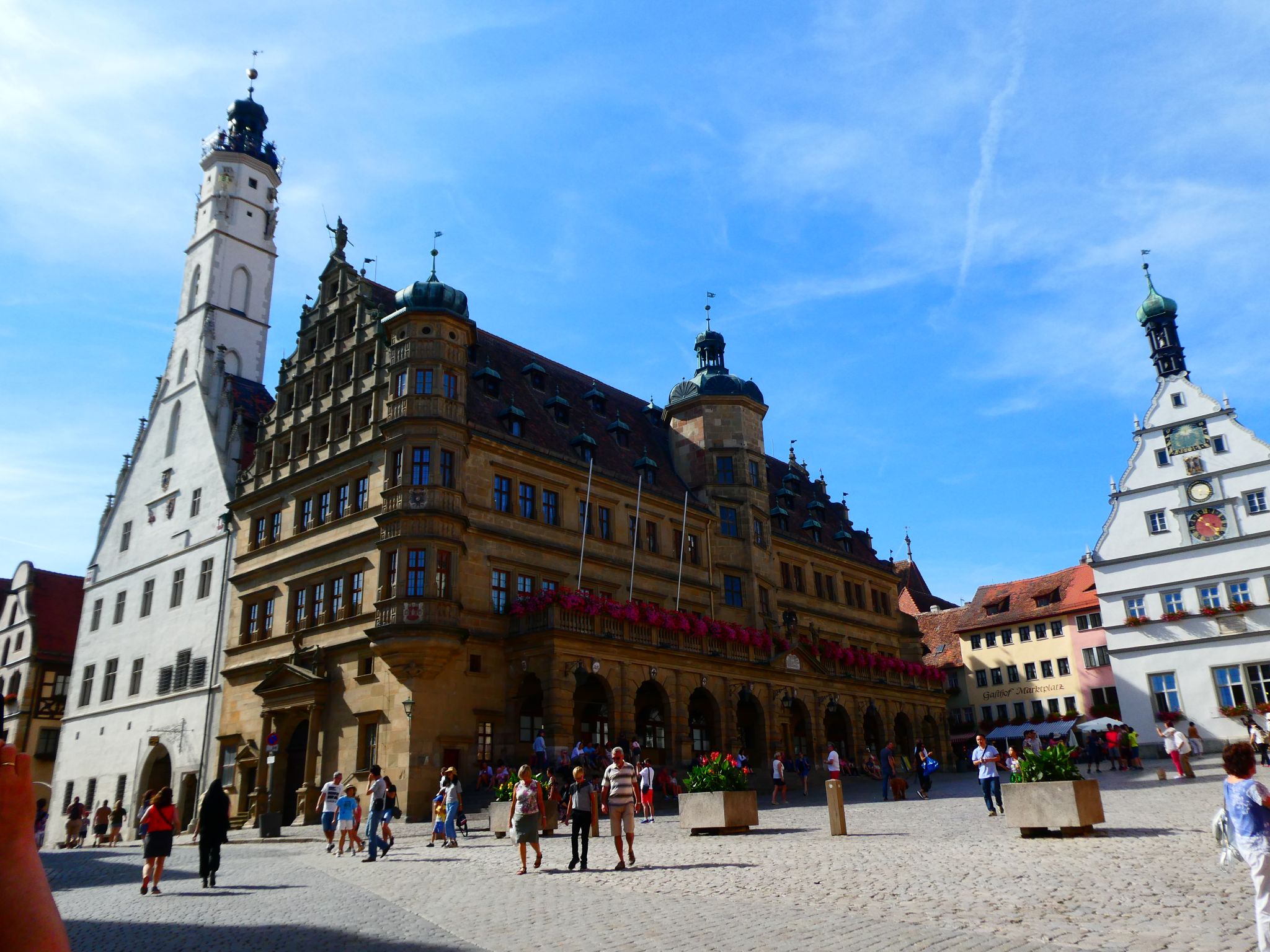 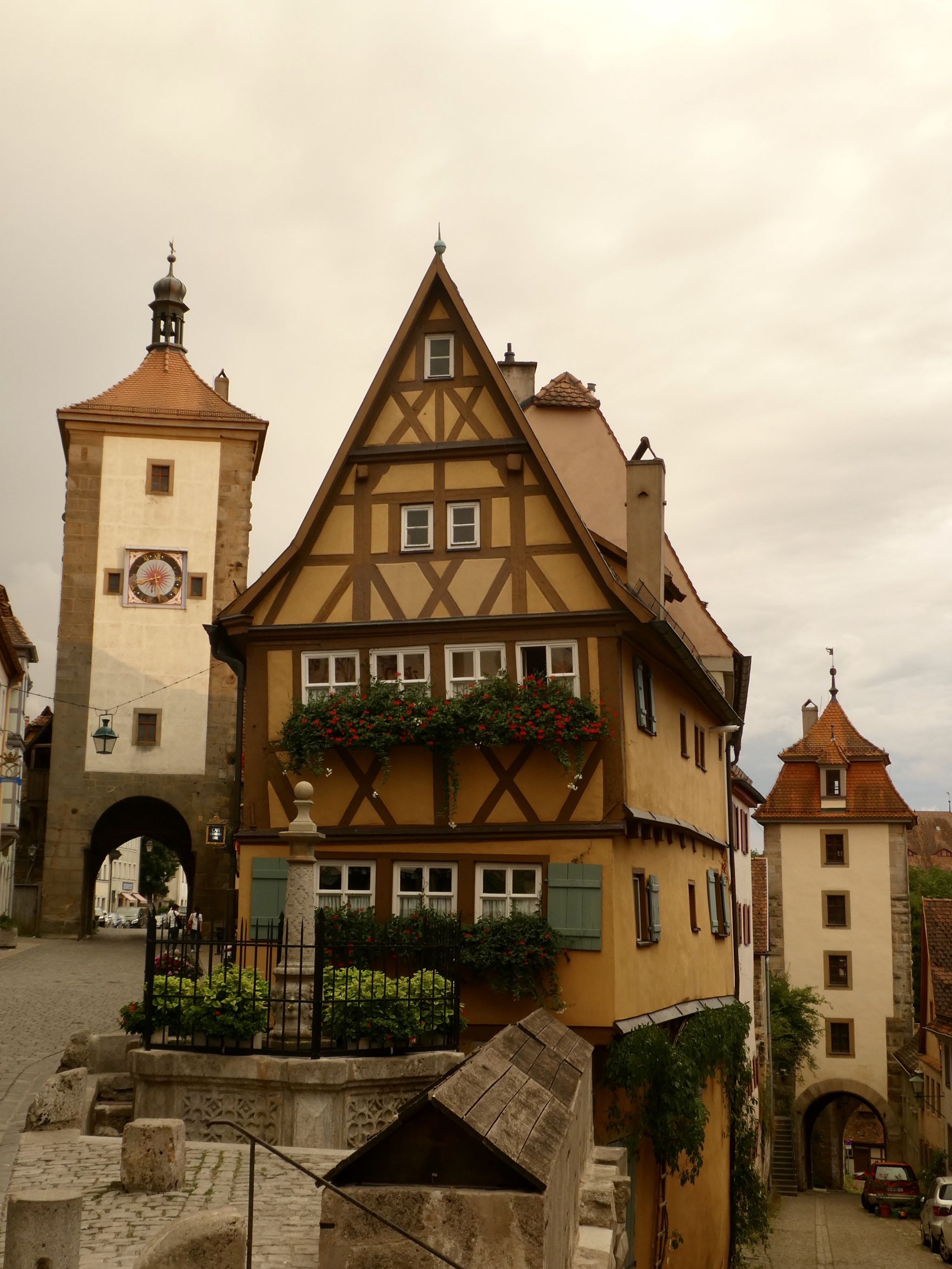 Being two retired lawyers, we had to visit the Criminal Museum, which charts the history of legally imposed punishment over the last 1,000 years.  There’s a lot of medieval torture equipment there, and an interesting section on the development of the law regarding ‘proof’ in criminal trials.   There’s even a 16th century text with pictures which indicate water-boarding was accepted practice then.

Not very uplifting.  We heard a young lad complaining to his father that ‘I don’t like this place’ and his father replying ‘it’s not meant to be enjoyable’.

What was enjoyable, for every kid and kid-at-heart, was the German Christmas Museum.  And yes, we know it’s an enticement designed to get you into the adjoining Christmas store, but the store is so full of exquisitely made Christmas gear, its even better than the museum. 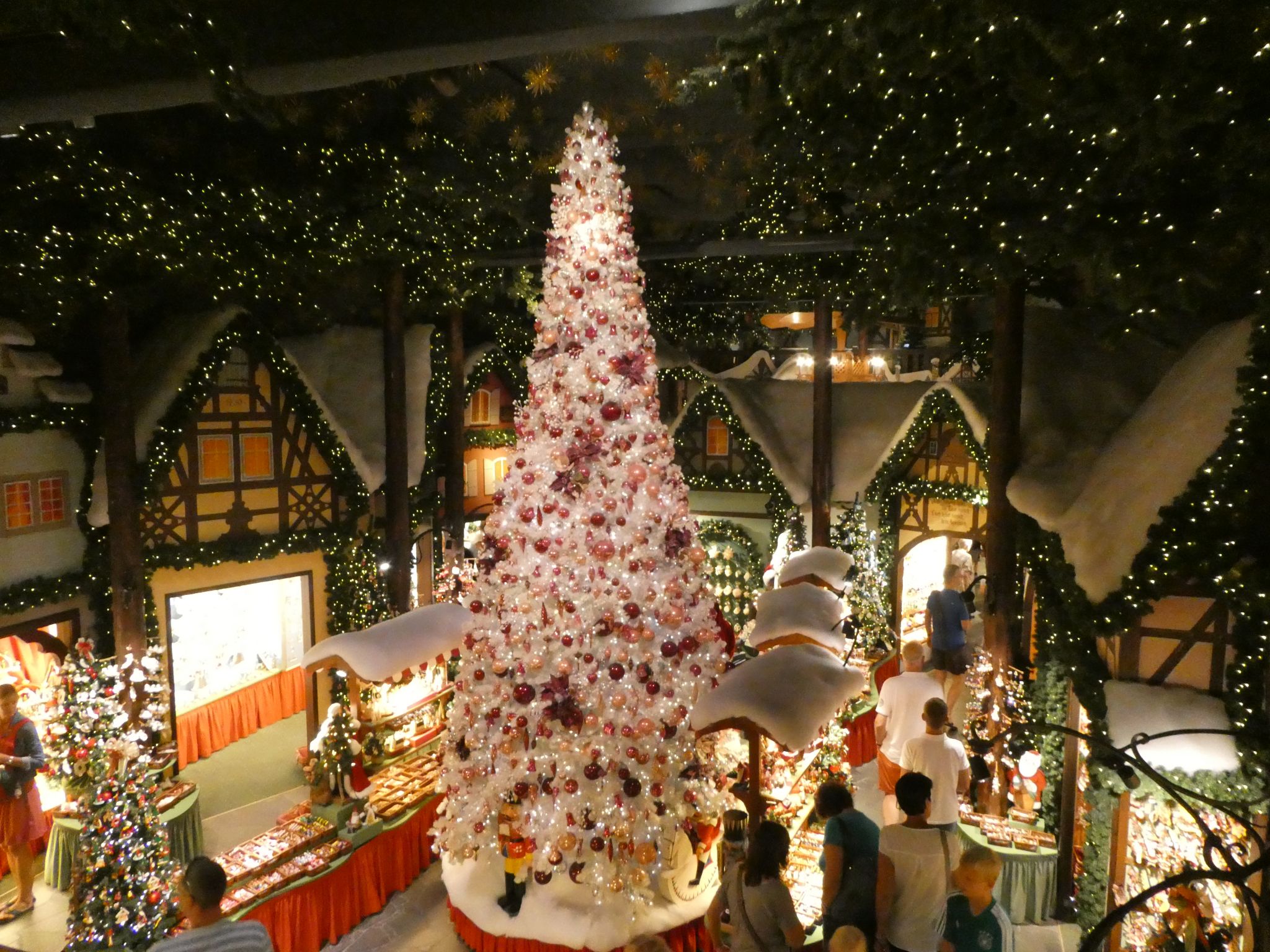 Sadly, no room for a traditional German schwibbogen in the backpack.  Sigh…