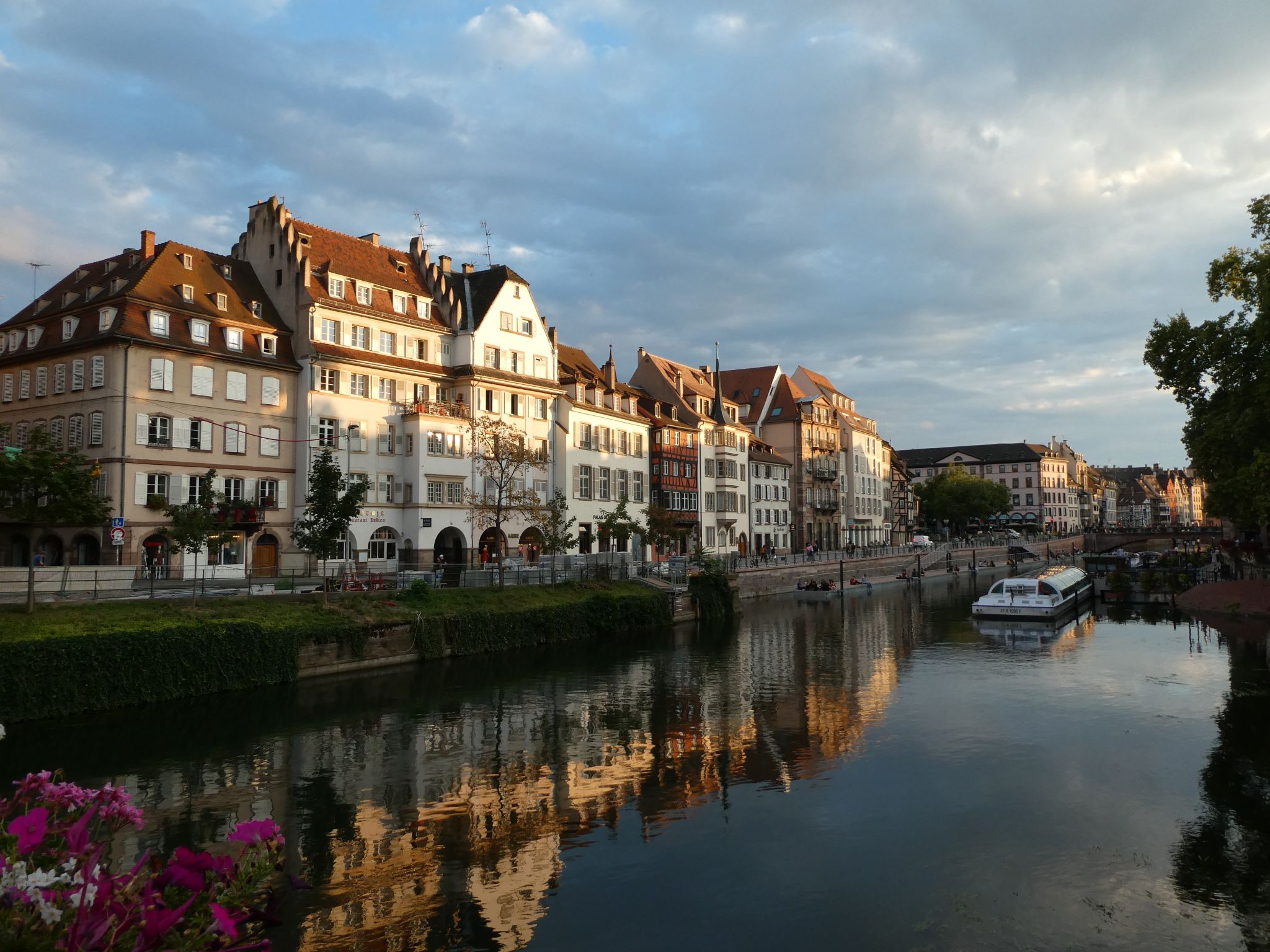 Part of its charm is that there are several distinctly different historic sectors, reflecting Strasbourg’s history.

The Grand Ile is an island surrounded by the Ile River and a canalised arm of the river.  It is the historic heart of the city. 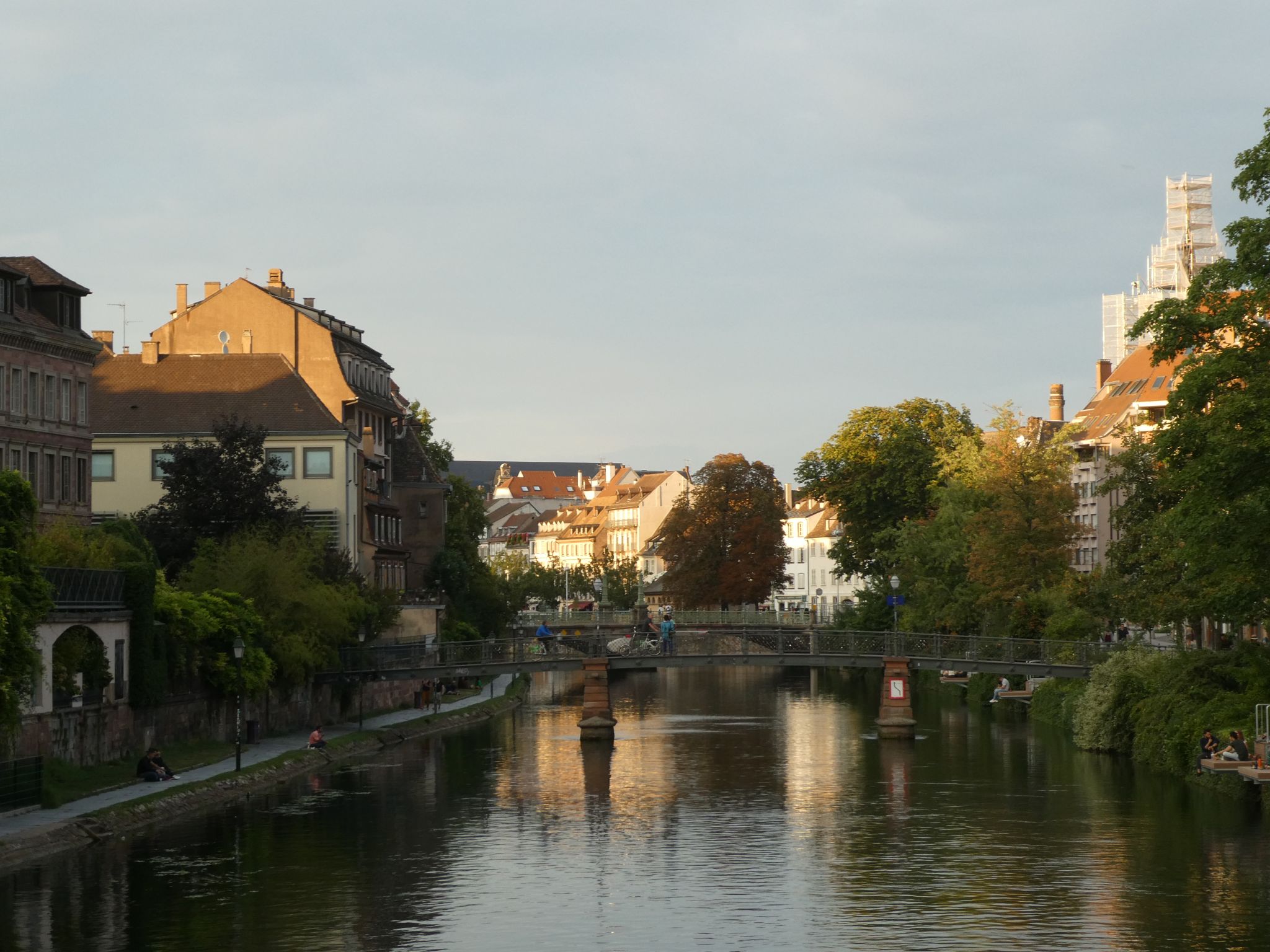 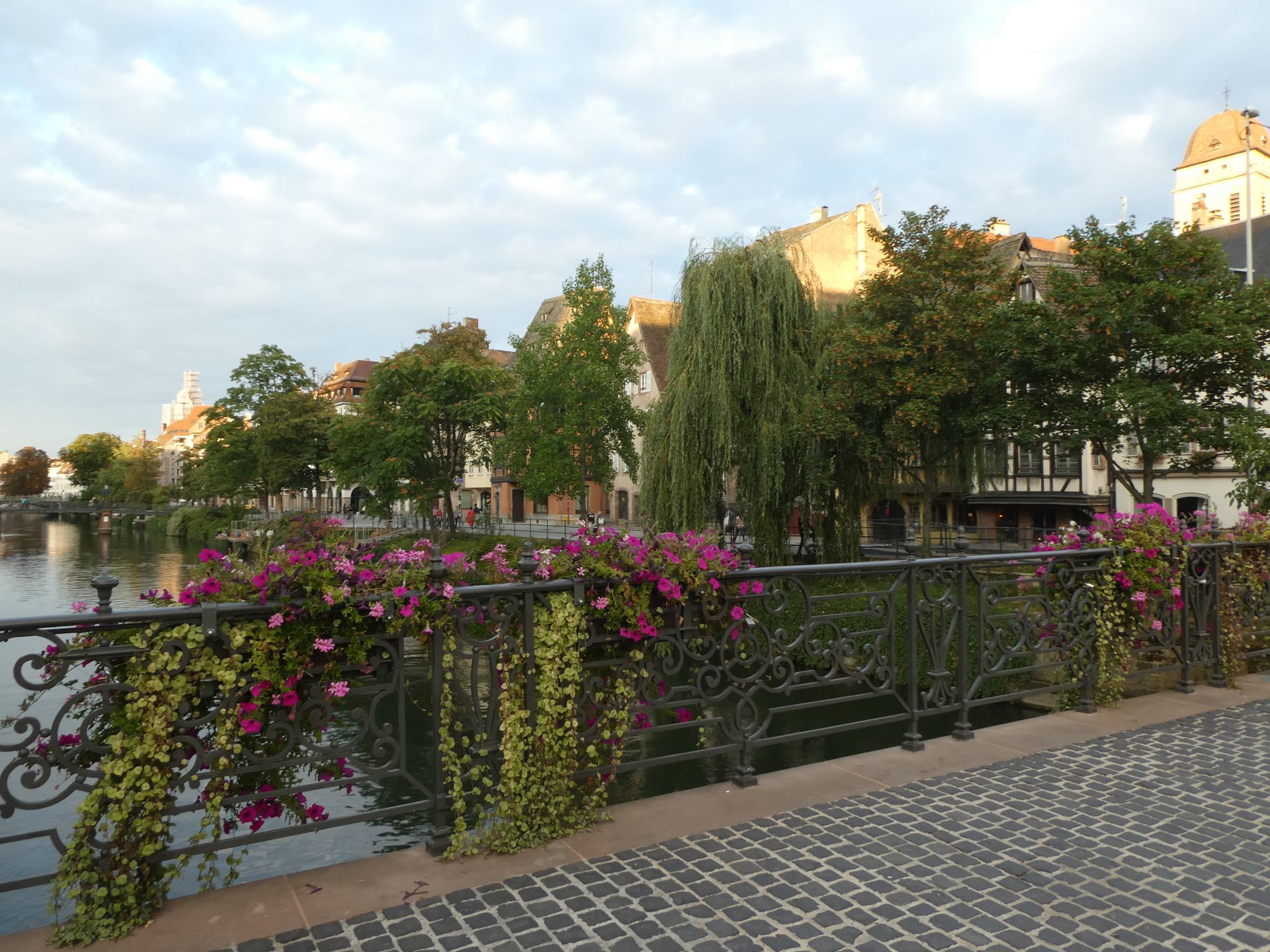 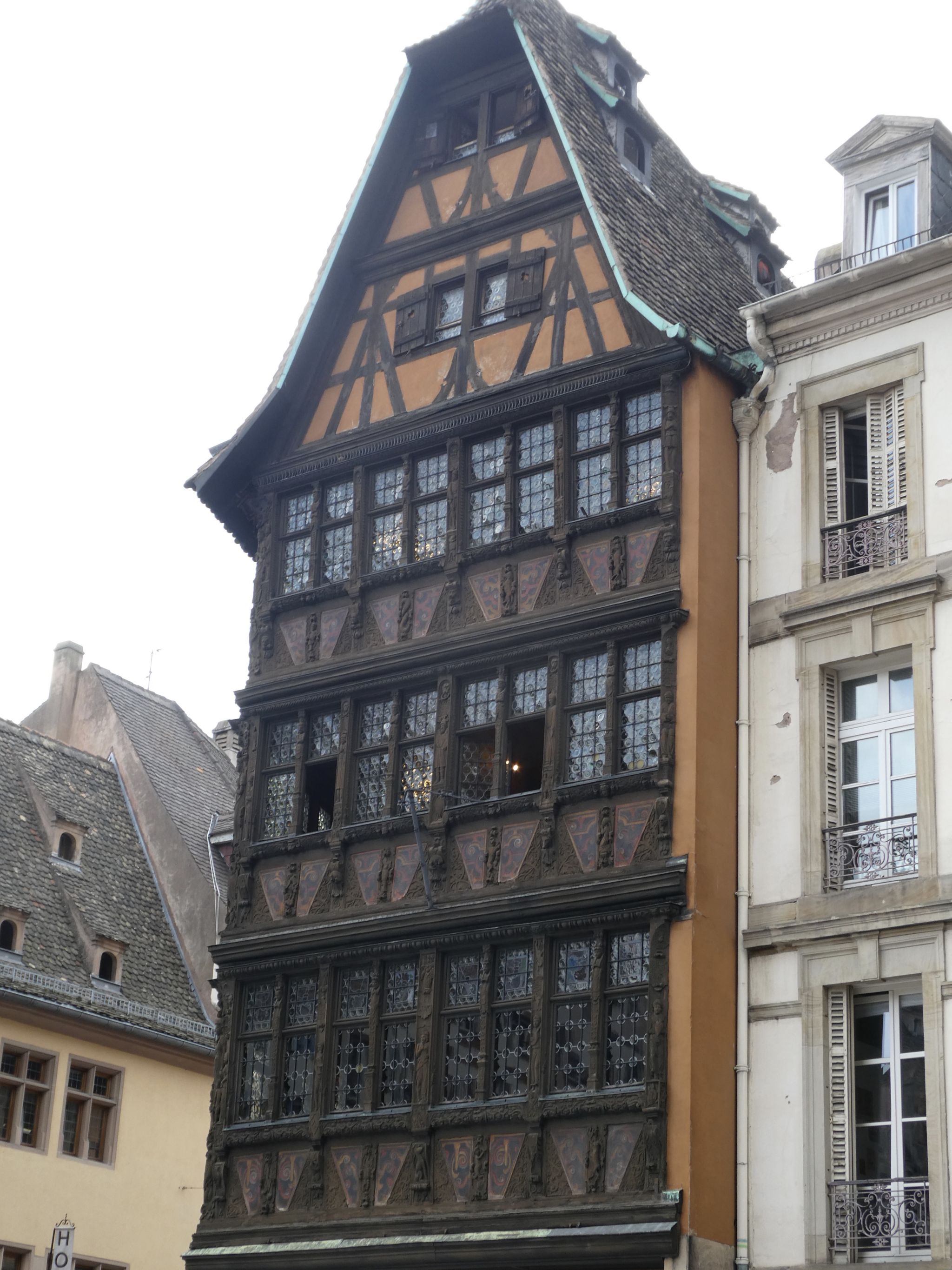 Petite France is a historic quarter of the city located around the western end of the Grand Ile. 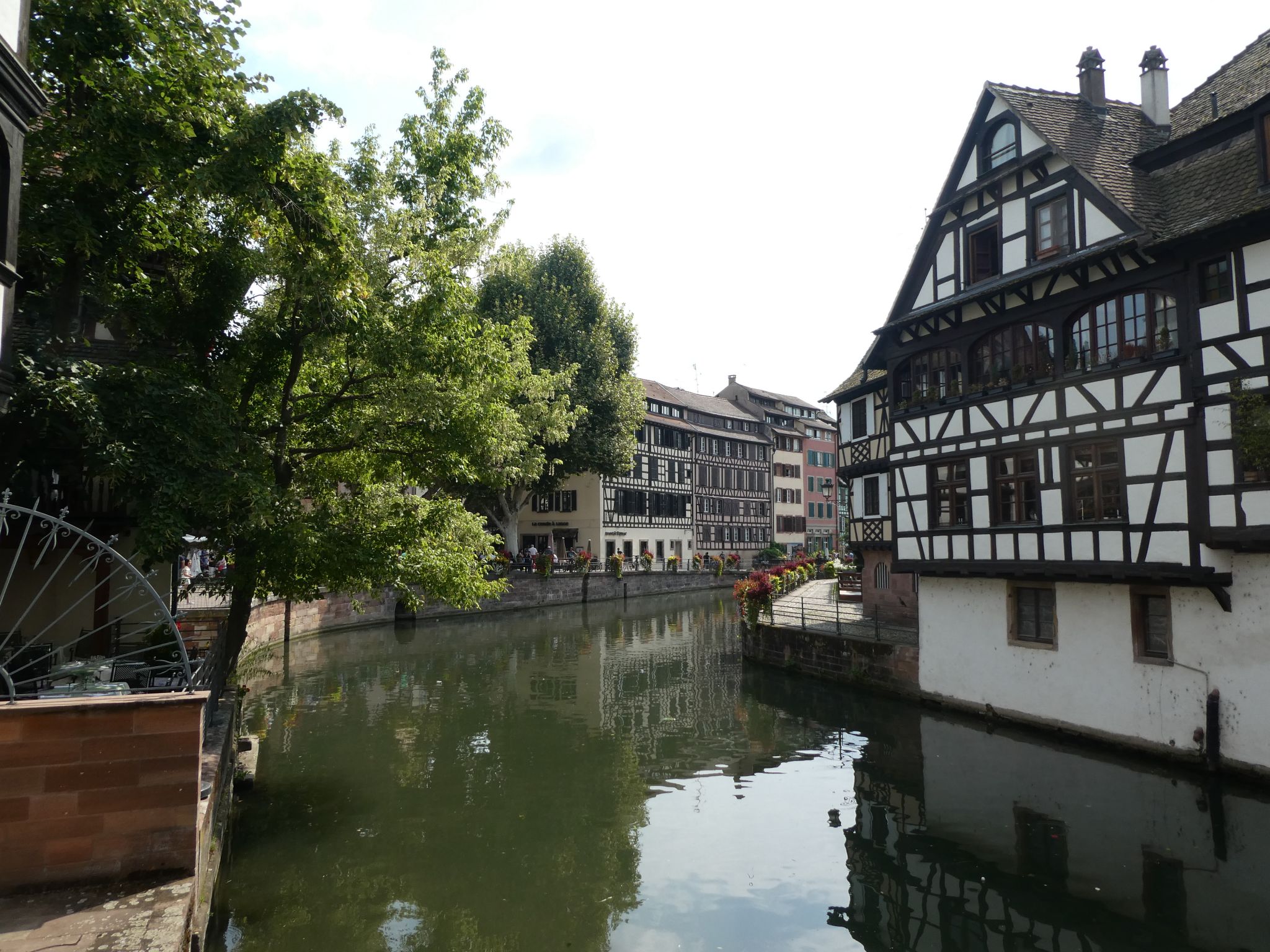 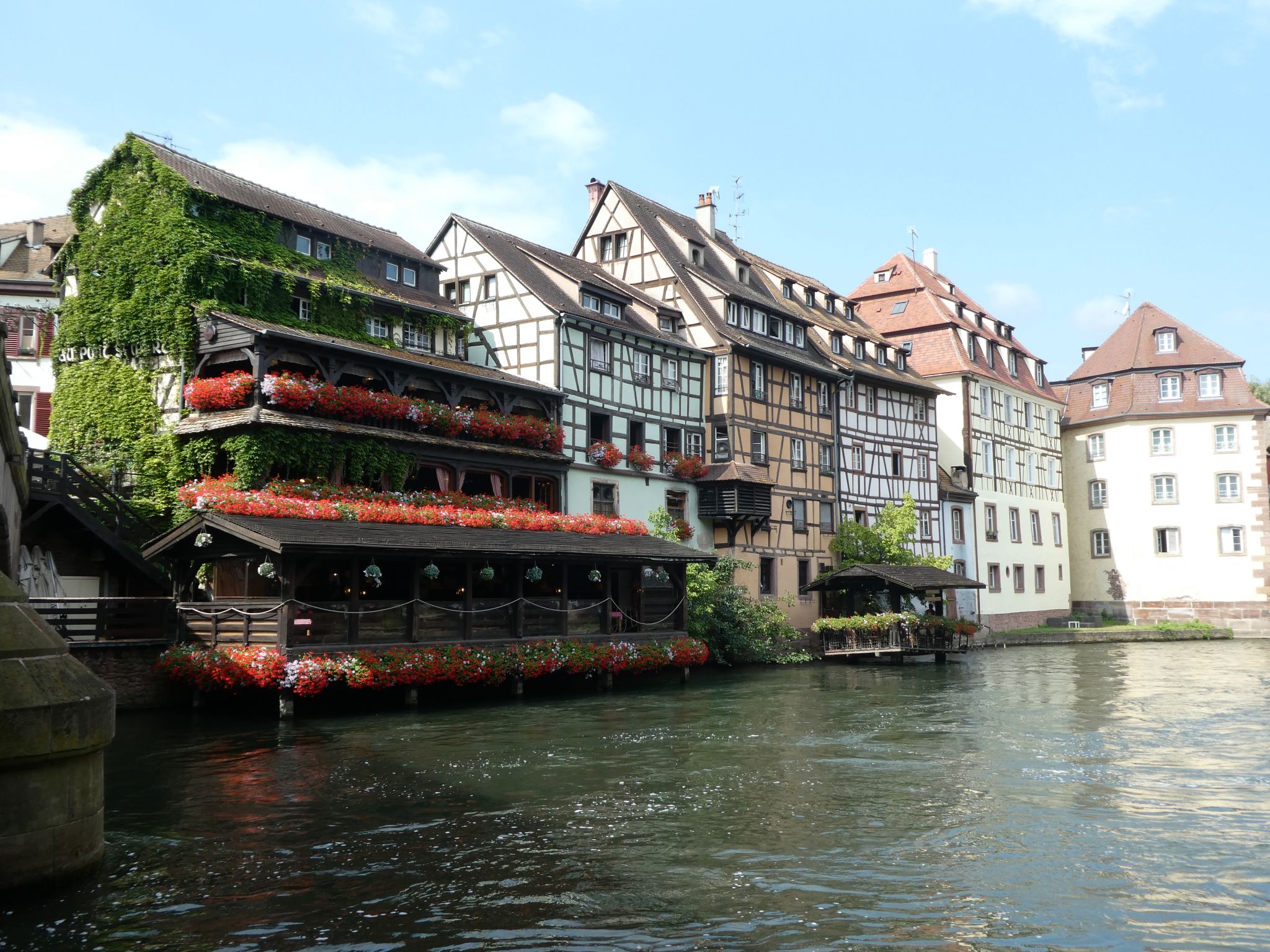 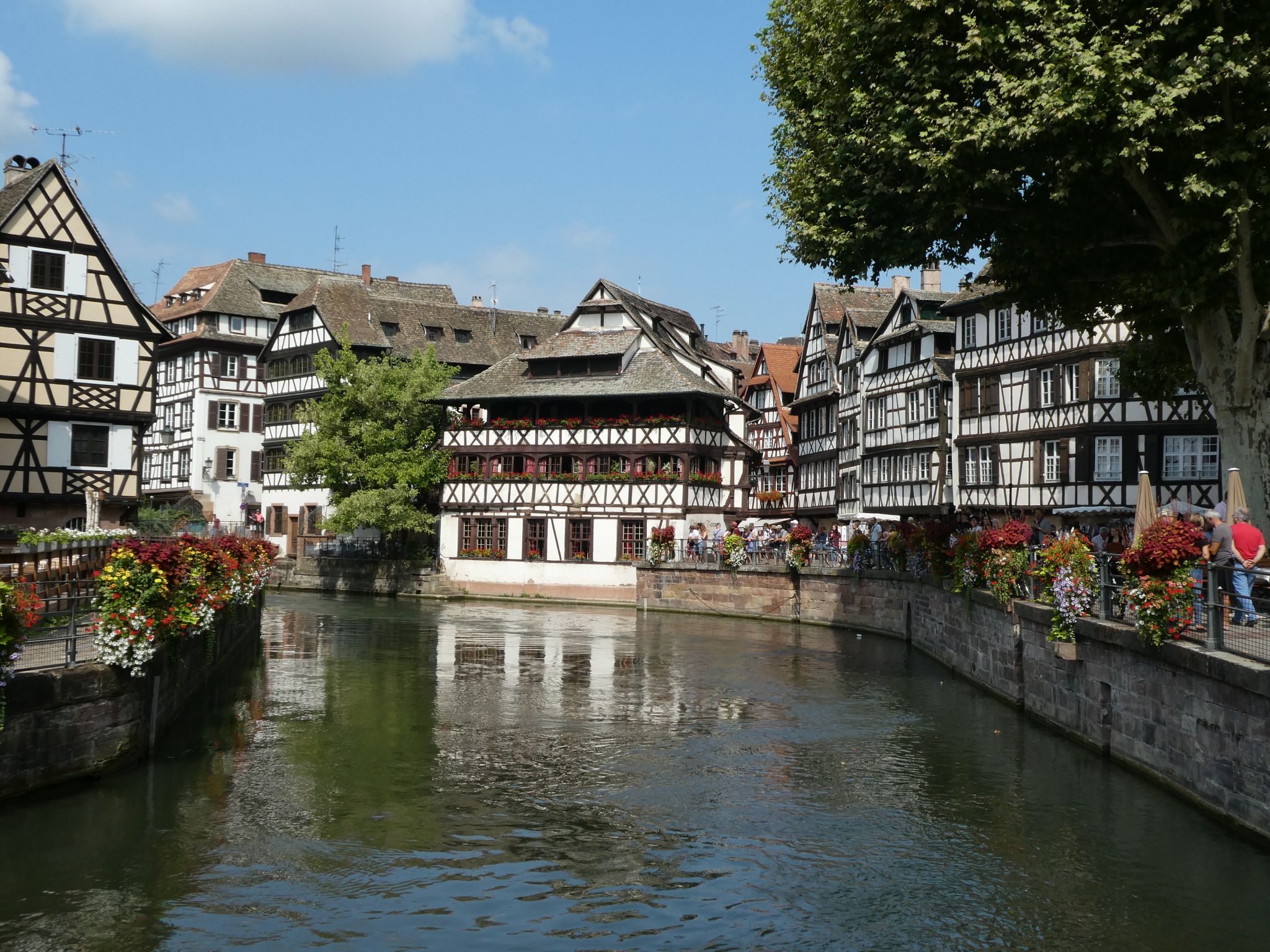 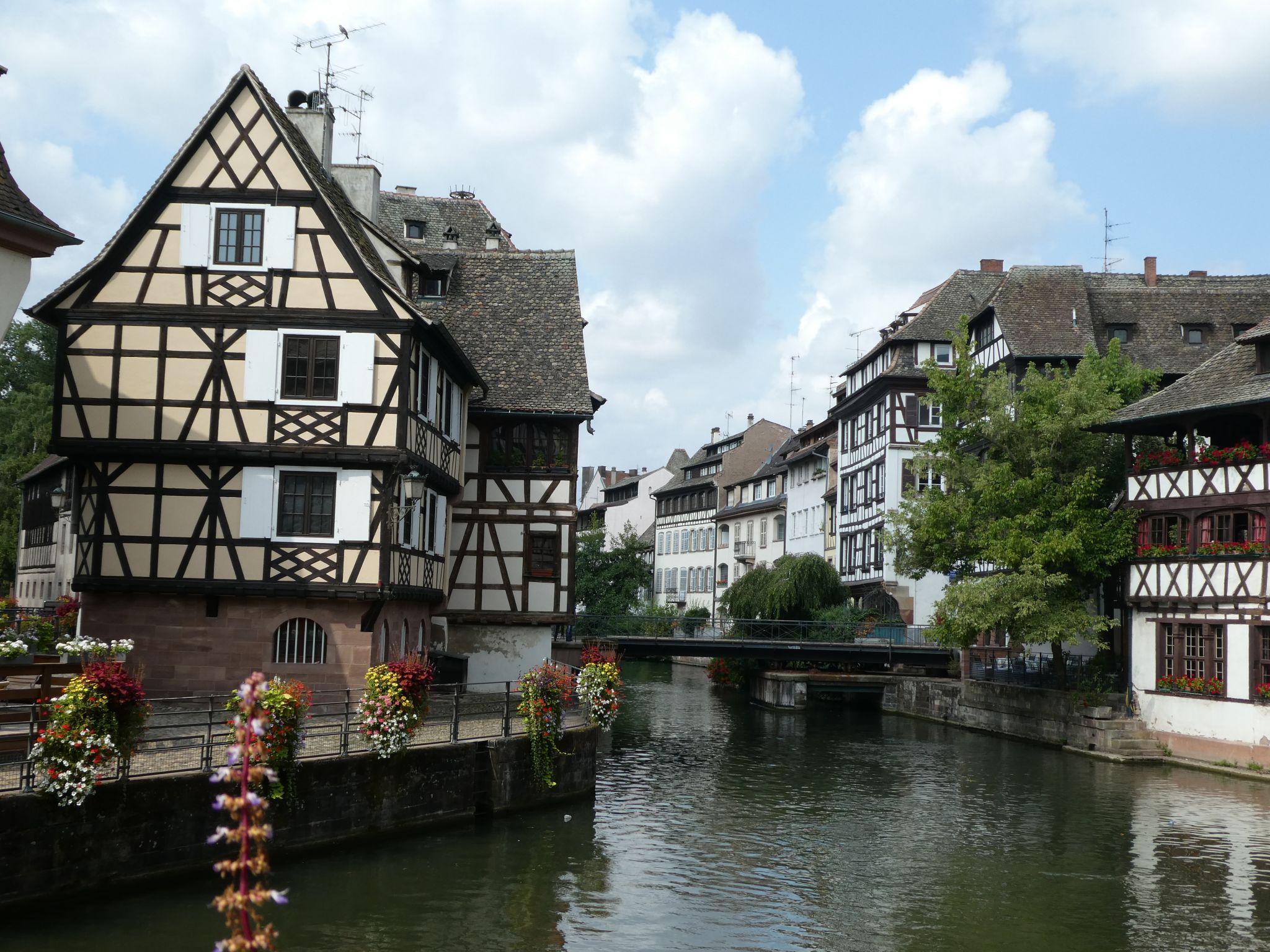 Originally a Roman settlement, Strasbourg became a free city of the Germanic Holy Roman Empire in 1262.  It was annexed to France in 1682, but was returned to Germany in 1871 after the Franco-Prussian War.  The German Empire poured significant resources into developing the city at that time, including the construction of magnificent public buildings and elegant homes for a well-heeled German citizenry which it encouraged to settle here. 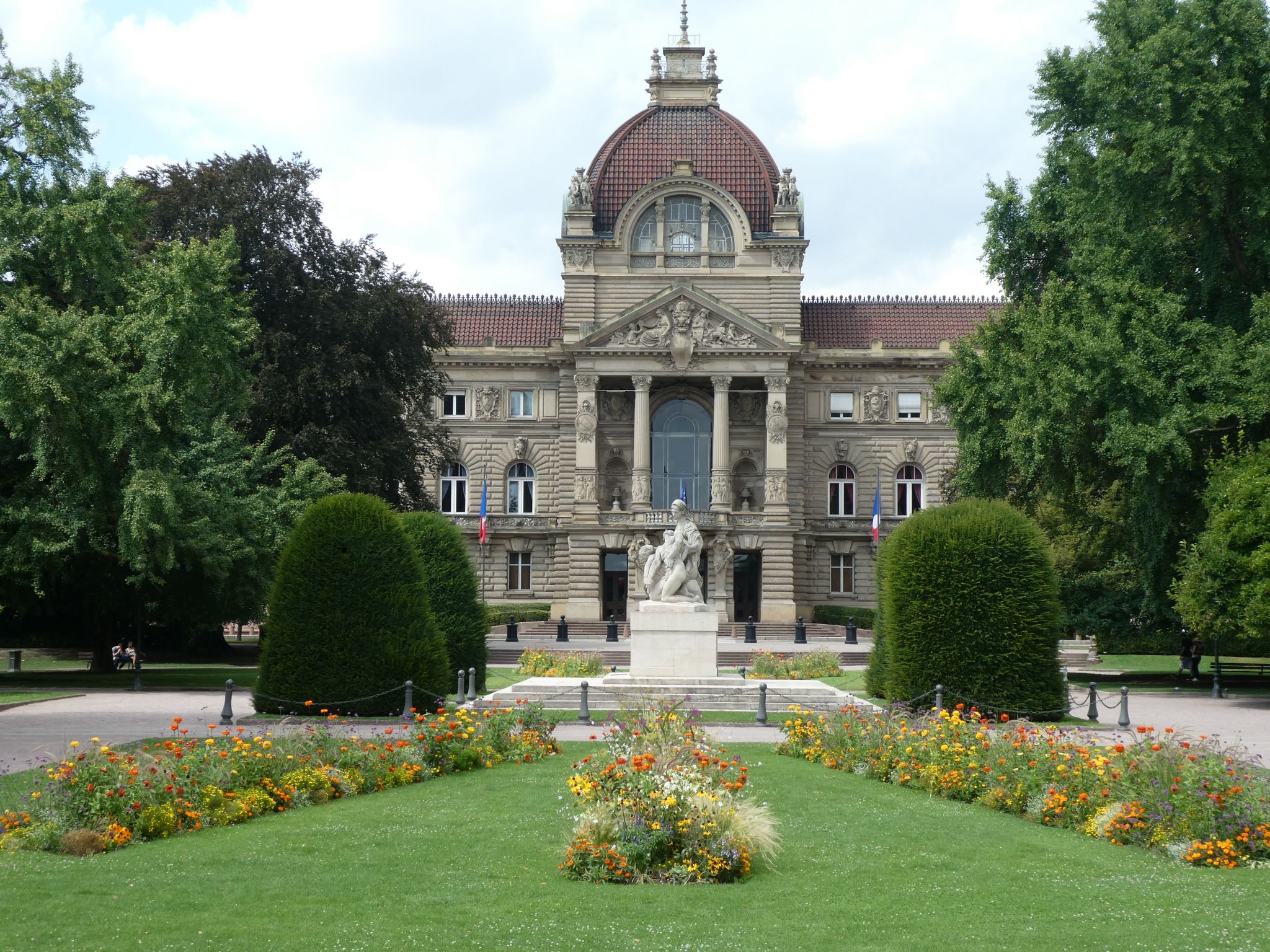 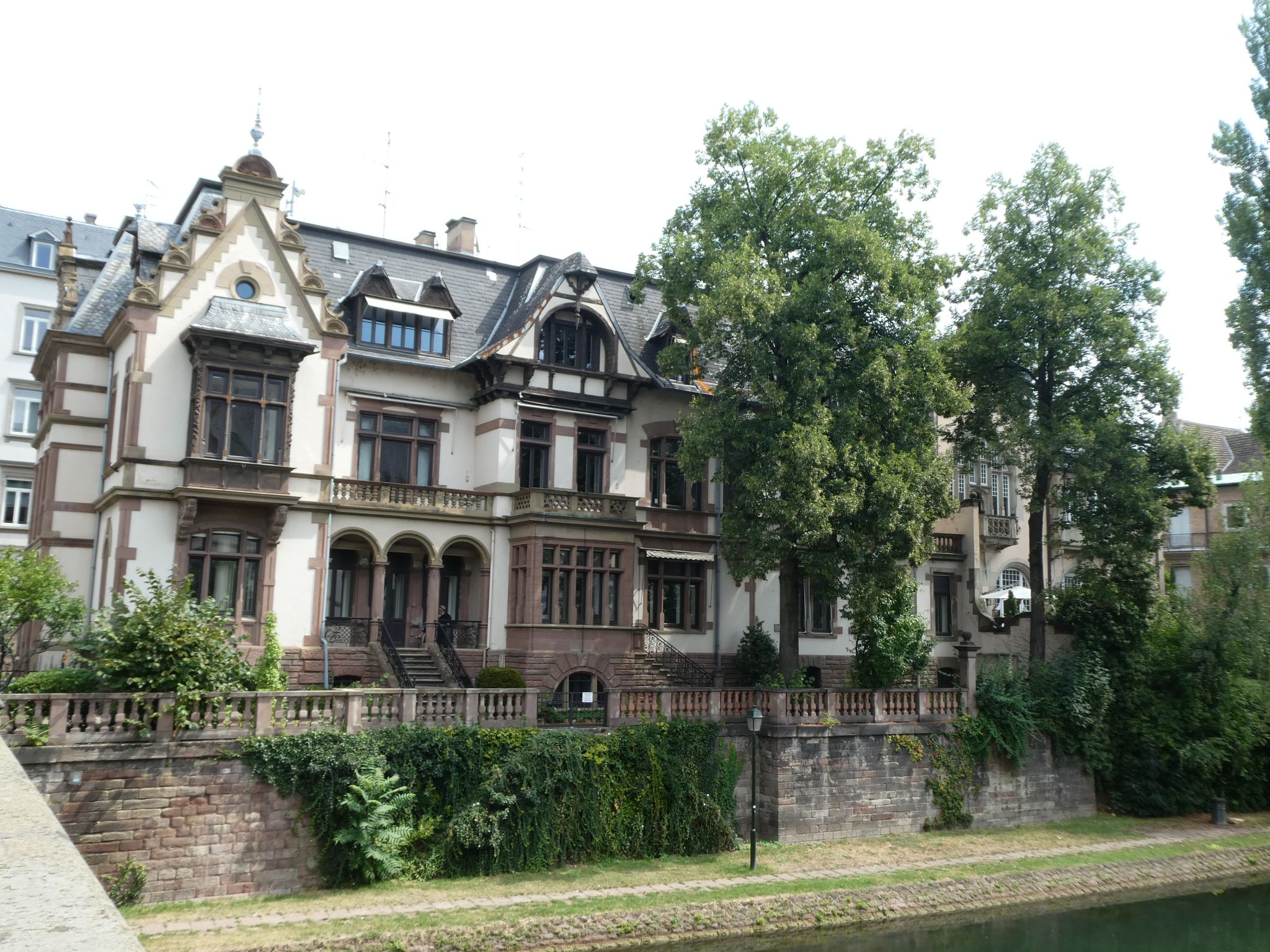 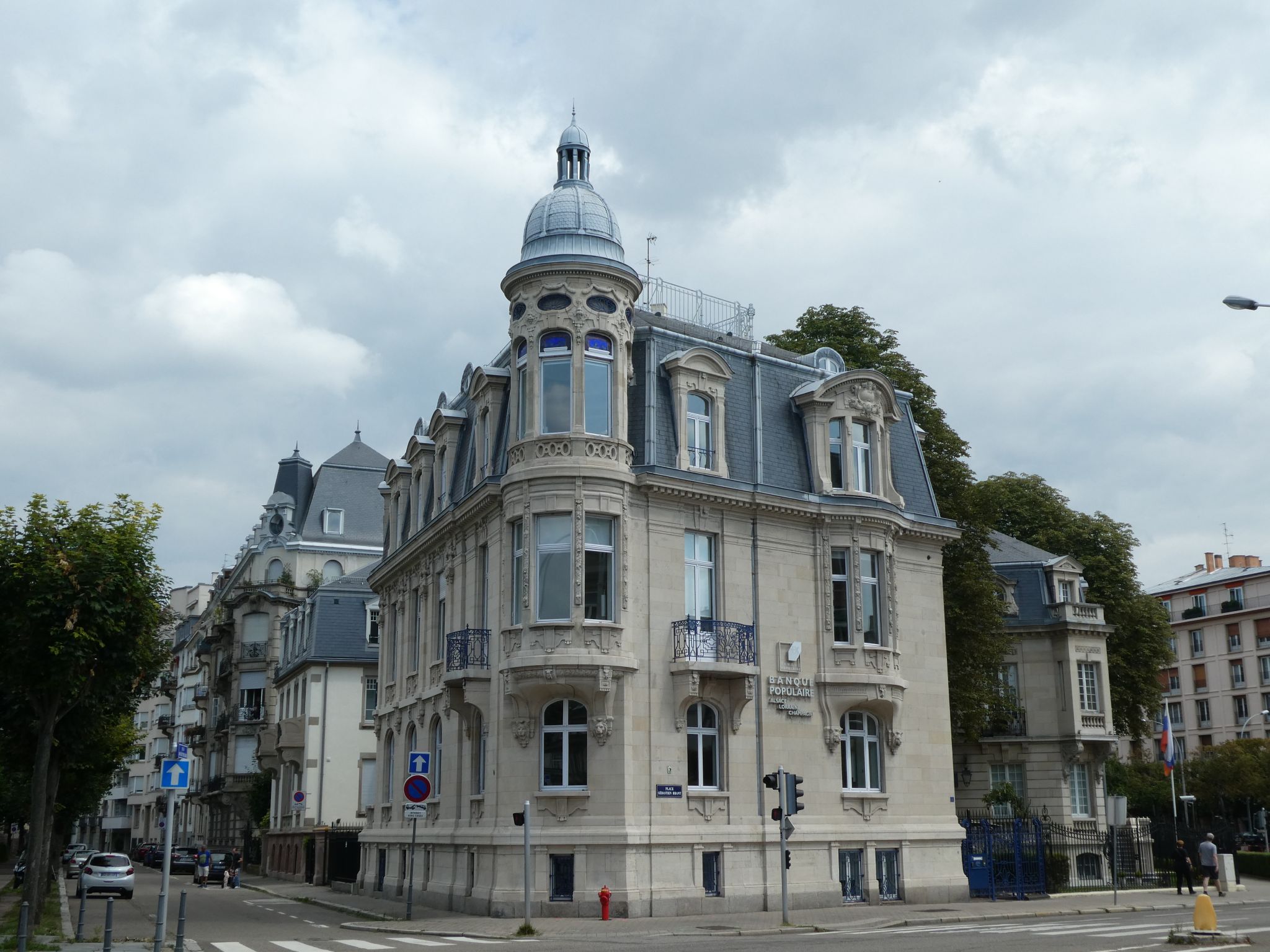 The stately Saint Paul’s Church was built in 1897 for the Lutheran congregation of the Imperial German Army billeted in Strasbourg. 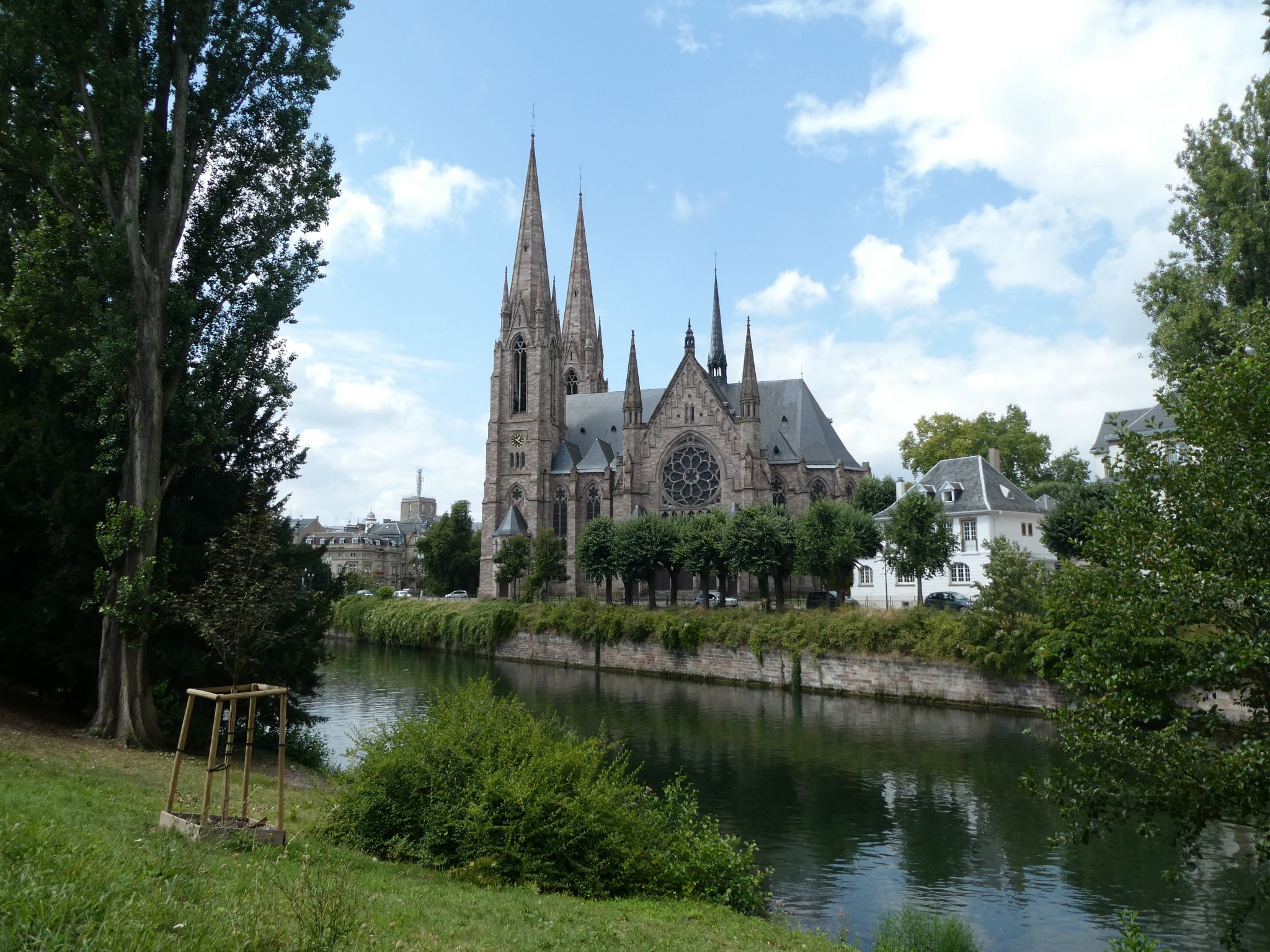 But even more magnificent is the gothic masterpiece which is the Cathedral of Notre Dame in the city centre.  At 142 metres, it was the world’s tallest building for 227 years, from its completion in 1647 until a taller church was built in Hamburg in 1874.  Today, it is the sixth tallest church in the world and the highest surviving structure in the world built entirely in the Middle Ages. 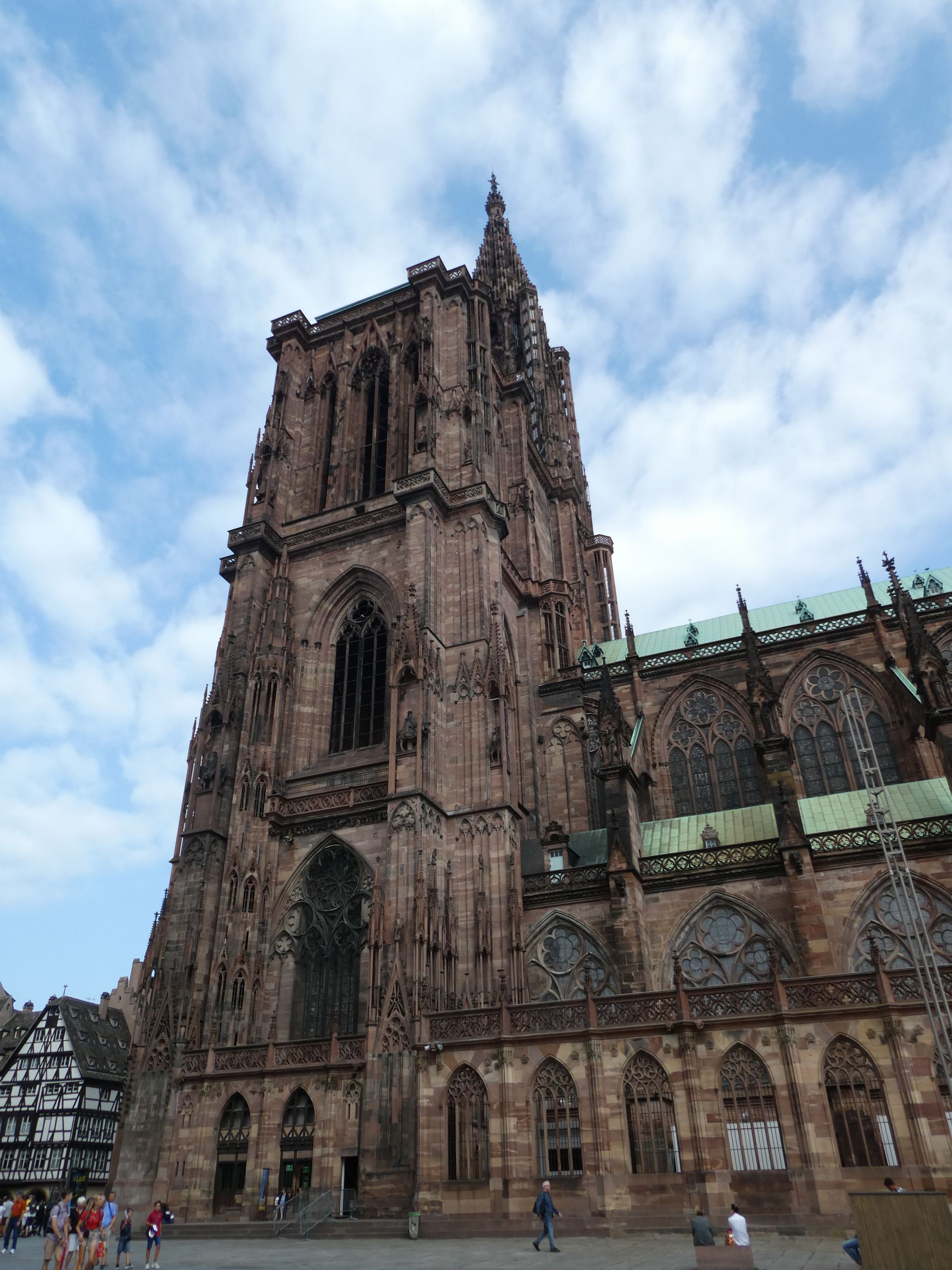 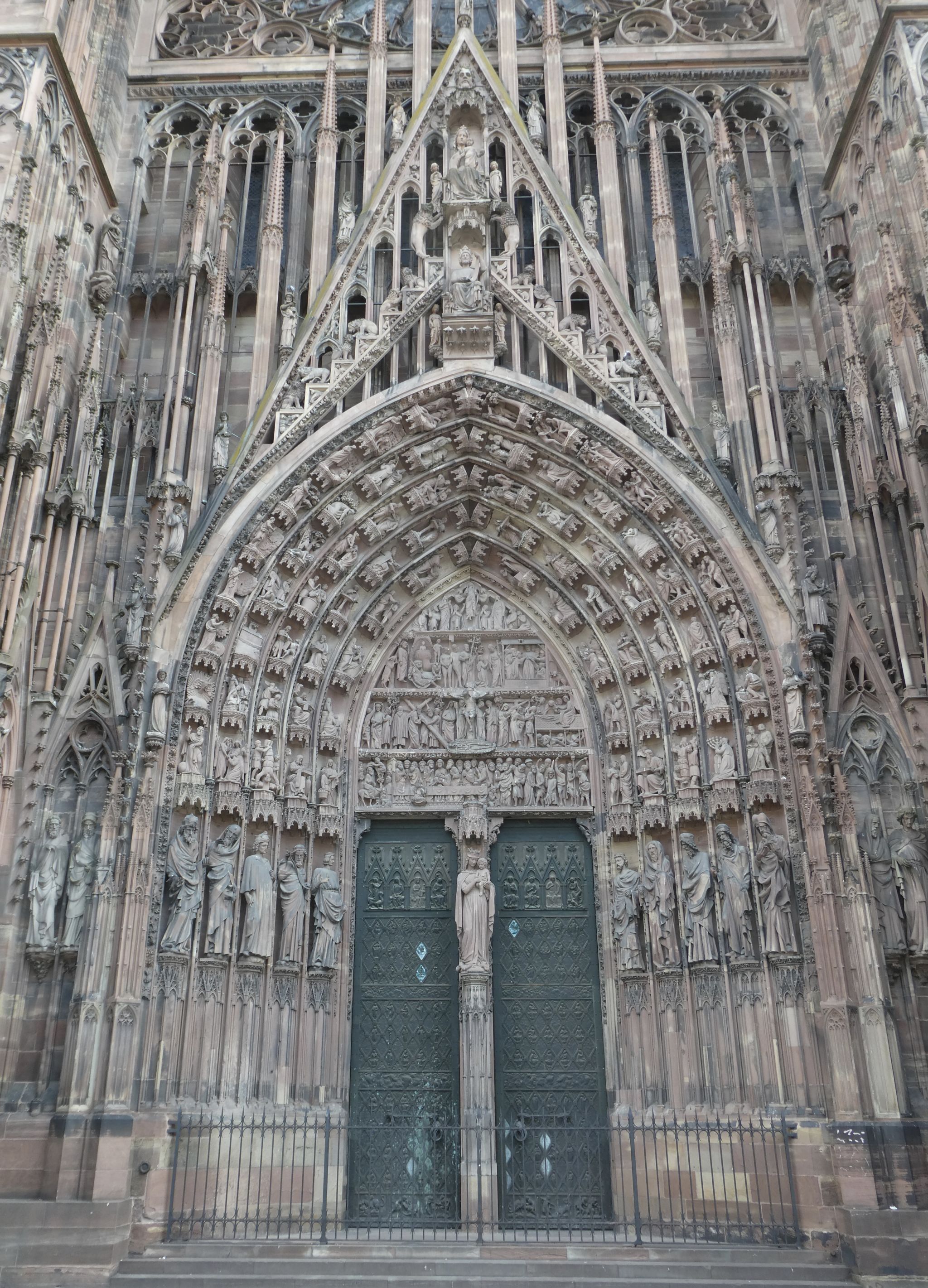 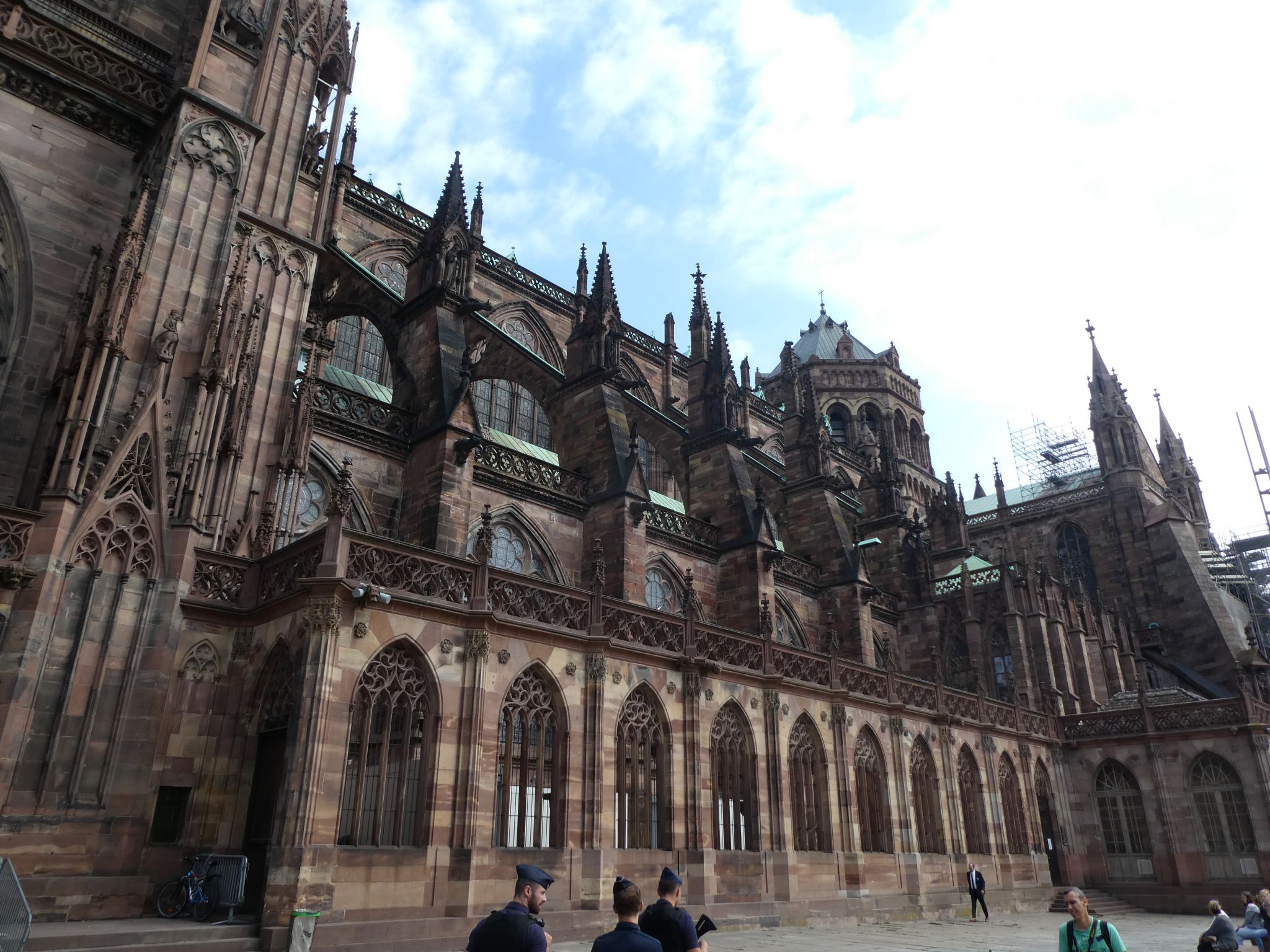 You can climb one of the towers for a panoramic view over the city. 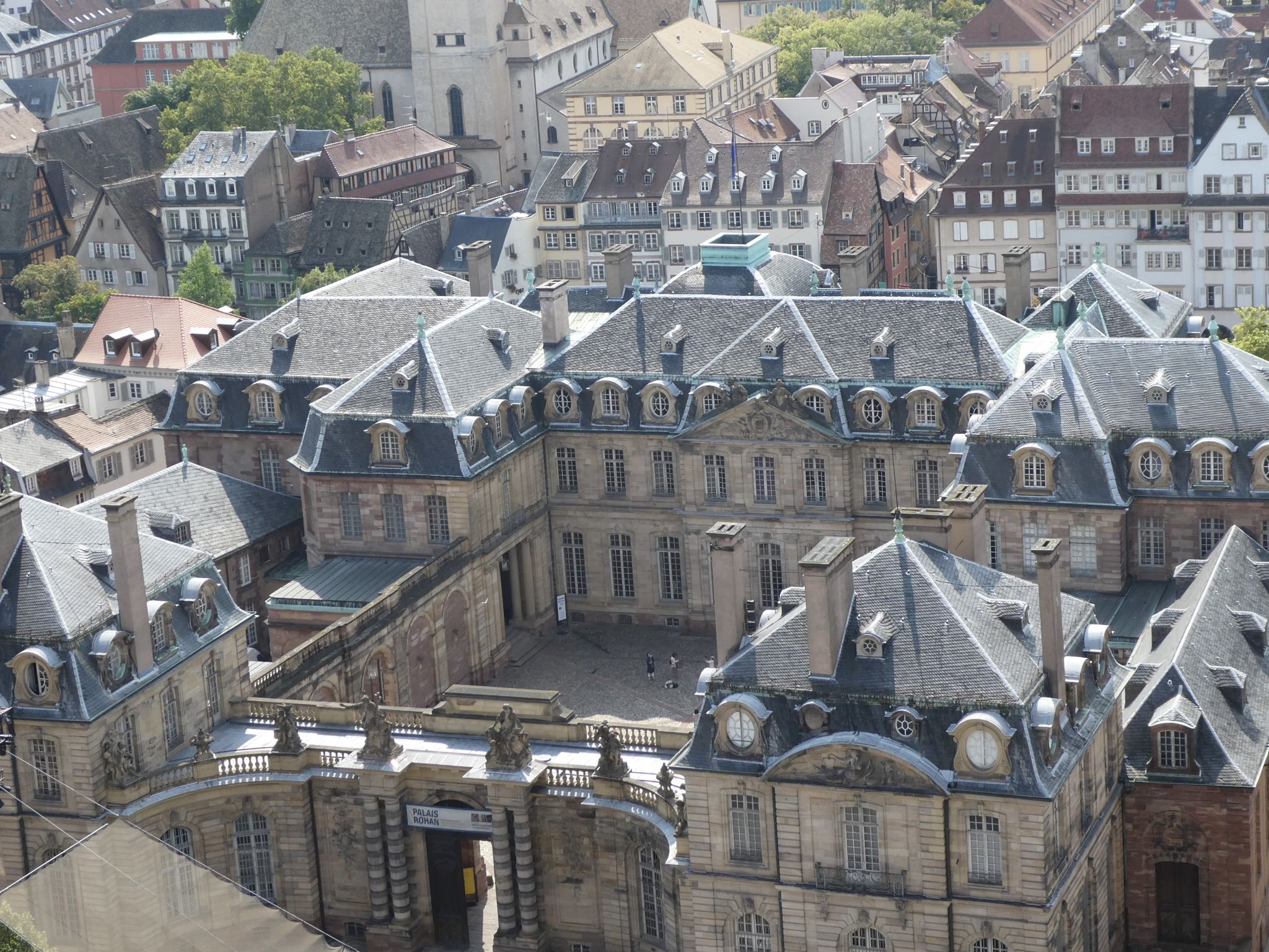 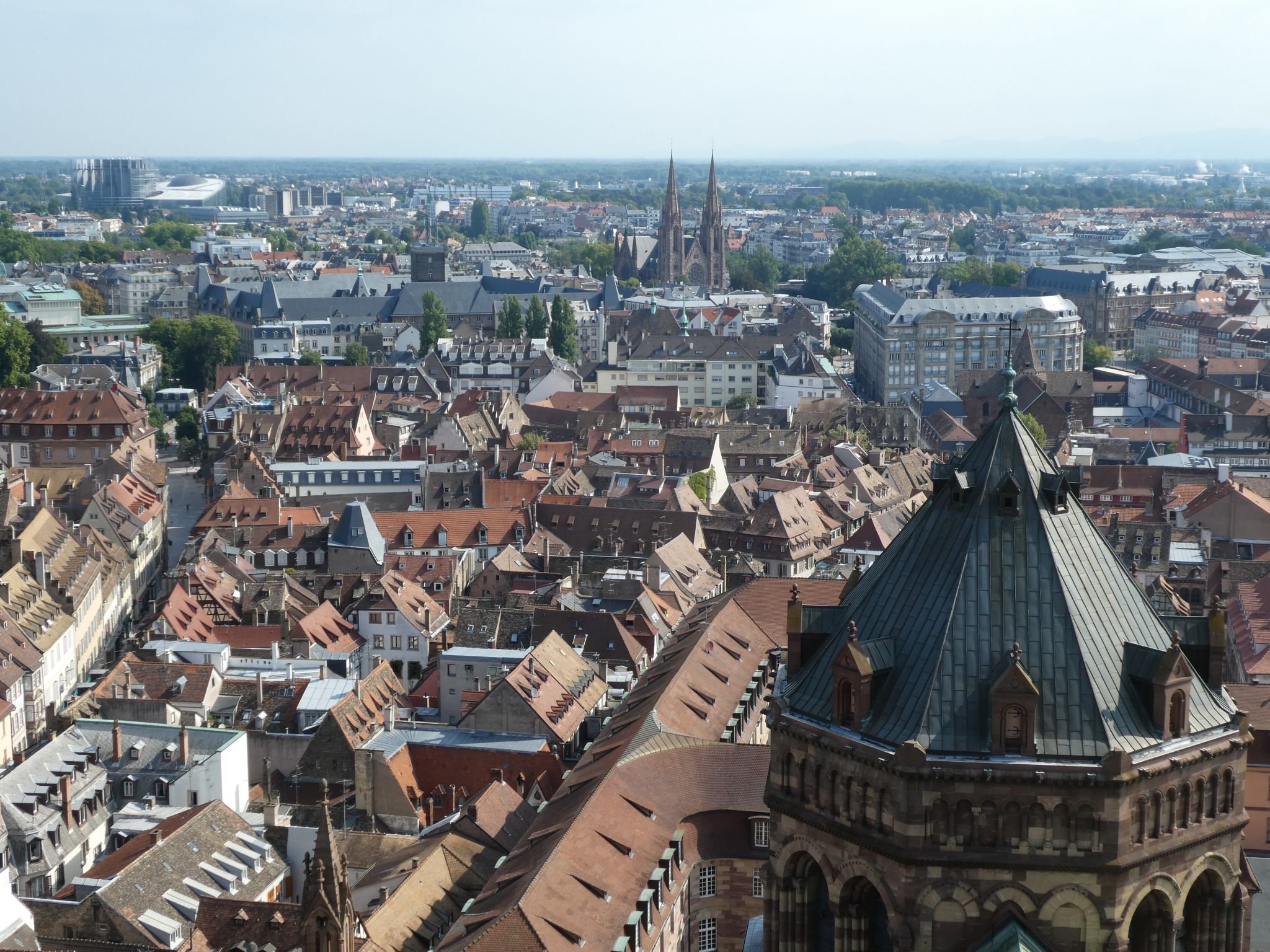 The interior of the church is as impressive as the outside. 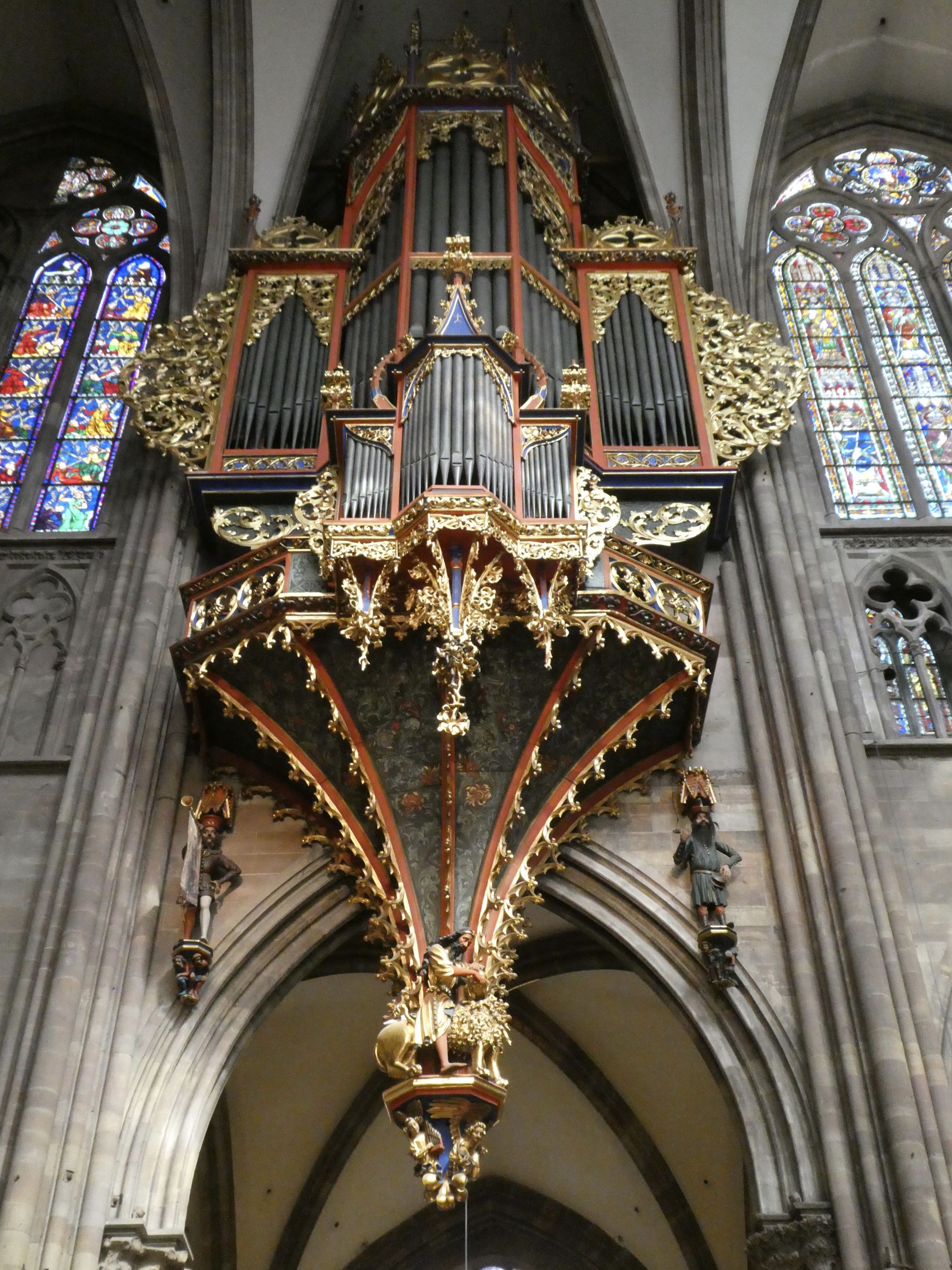 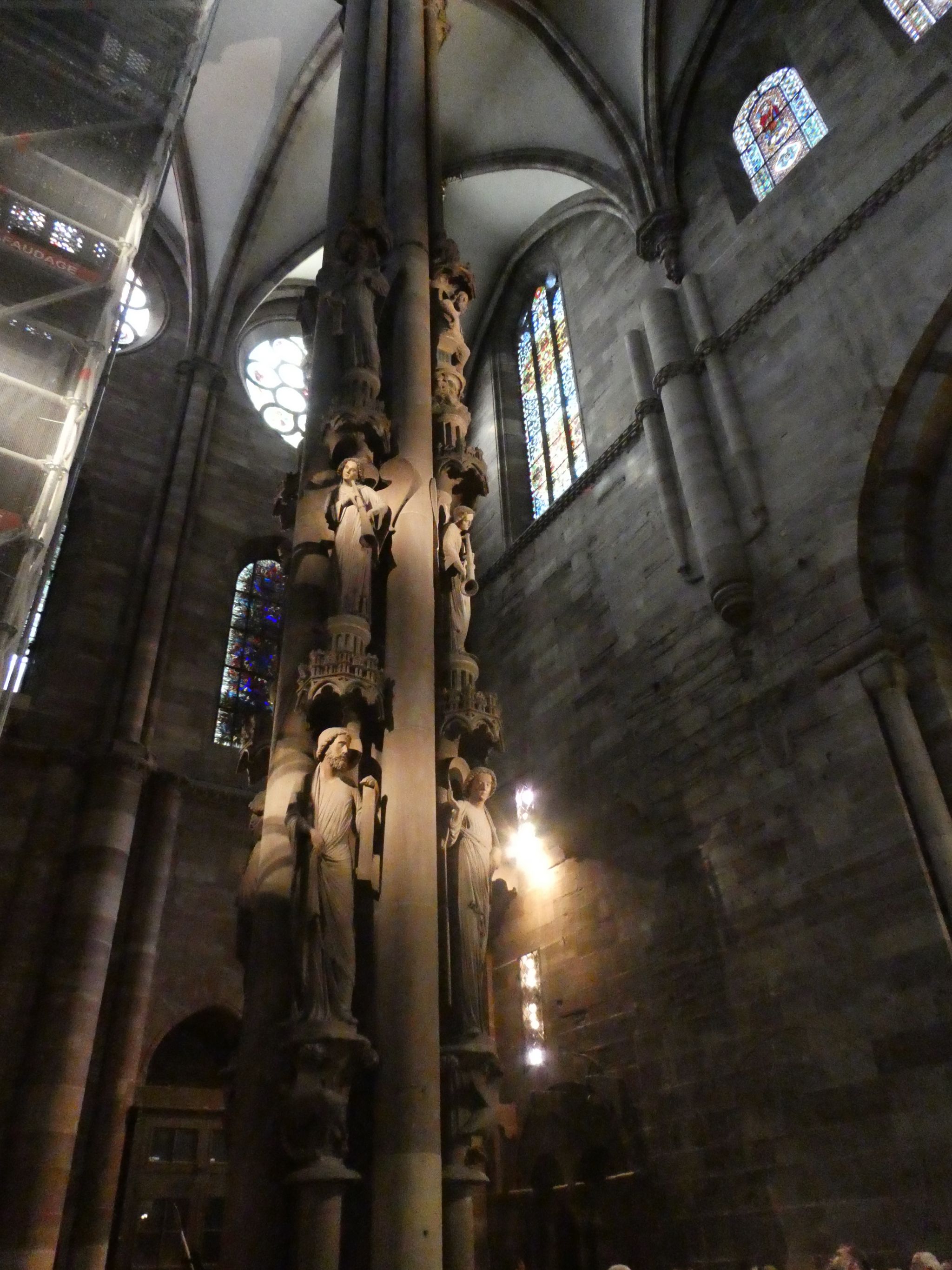 The church is home to the famous Strasbourg astronomical clock.  The first clock was built in the 1350s and had several automata including a gilded rooster which is considered the oldest preserved automata in the world.   At noon, the rooster flapped its wings, opened its beak, stuck out its tongue and crowed.

In 1574, the first clock was replaced by a second one which was highly advanced for its time.  It included a perpetual calendar, a planetary dial, a display of the real position of the Sun and the Moon, and the correct timing of solar and lunar eclipses.  In addition, when the clock struck at noon, a procession of 18 inch high figures of the Apostles passes a figure of Christ high up on the clock.  The rooster from the first clock was included, although it ceased to work some years later when it was struck by lightning.

The clock stopped working in 1788.  It stood idle for 50 years and was generally believed to be irreparable.  Then along came Jean-Batiste Schwilgué.  He saw the inoperative clock as a child and declared that one day he would fix it.  And fix it he did, an extraordinary effort which required him to train as a clock maker and also to study astronomy.  It took almost his whole adult lifetime to achieve his goal, with the clock finally reaching fully restored function in 1843 when he was 66yo, and he died just a few years later.  Since its restoration, it has kept perfect time, and its ongoing showing of planetary movements and eclipses is completely accurate.

The clock was undergoing cosmetic restoration when we visited.  You can still see the parade of the apostles and other automata, although the original rooster is now resting on display at the Strasbourg Museum for Decorative Arts. 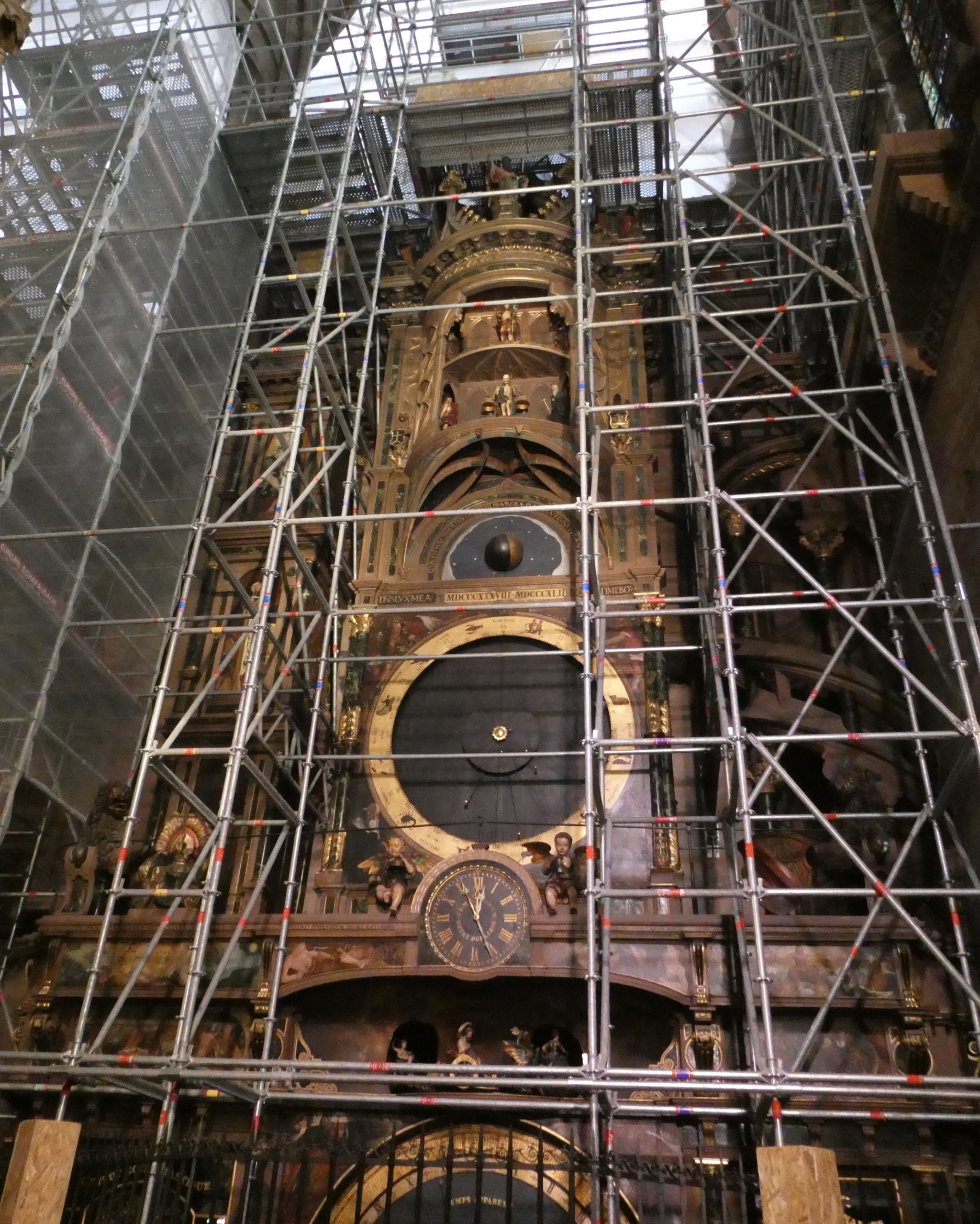 Strasbourg is the official seat of the European Parliament as well as several European institutions.  This means an entire precinct of ultra-modern, shiny edifices totally unlike the historic parts of the city. 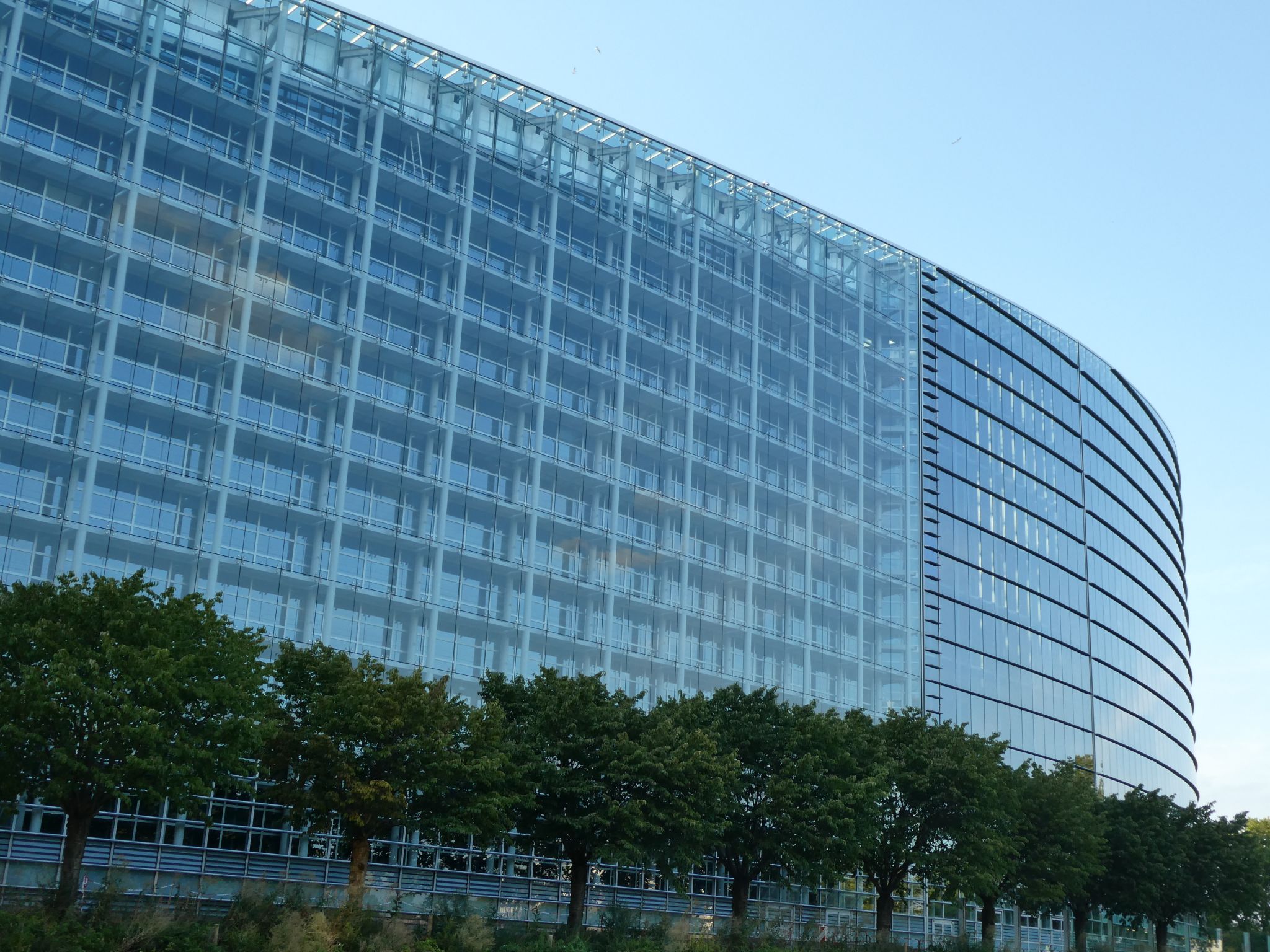 The European Court of Human Rights building has won lots of awards, but to us it looks like three grain silos.  Or three soup cans. 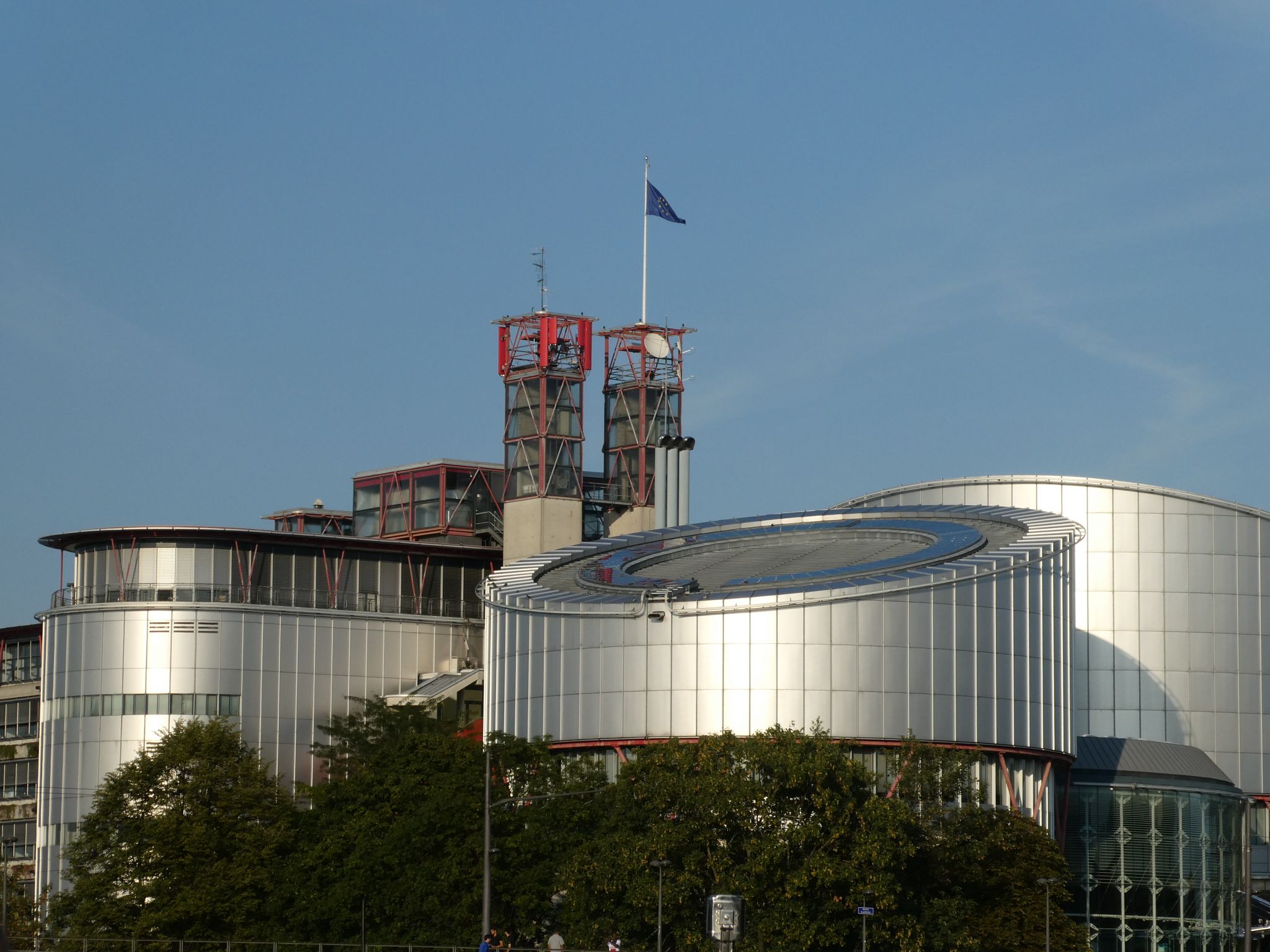 Strasbourg is a foodie’s paradise.  It’s the capital of the Alsace region, so excellent dry white wines are plentiful.  It’s also the place which has given the world foie gras, Munster cheese and Kronenbourg beer.  And we must mention the Cave des Hospices – the Historic Wine Cellar of Strasbourg Hospital.

The Strasbourg Hospital and its wine cellar was built in 1395.  The hospital was destroyed by fire and rebuilt in the late 1300s, but the wine cellar survived the fire and has been in use continuously since its creation.

In the 1700s, patients were given two litres of wine per day.  How times have changed.

Most of the wine barrels in the cellar date to the 18th and 19th centuries, but there is one 450 litre barrel dated 1492. It is believed to be the oldest barrel-stored wine in the world.  The wine has only been tasted three times in its history: in 1576, in honor of a delegation from Switzerland, in 1716, after the hospital burned down; and in a celebration hosting General Leclerc after the WWII liberation of Strasbourg in 1944. 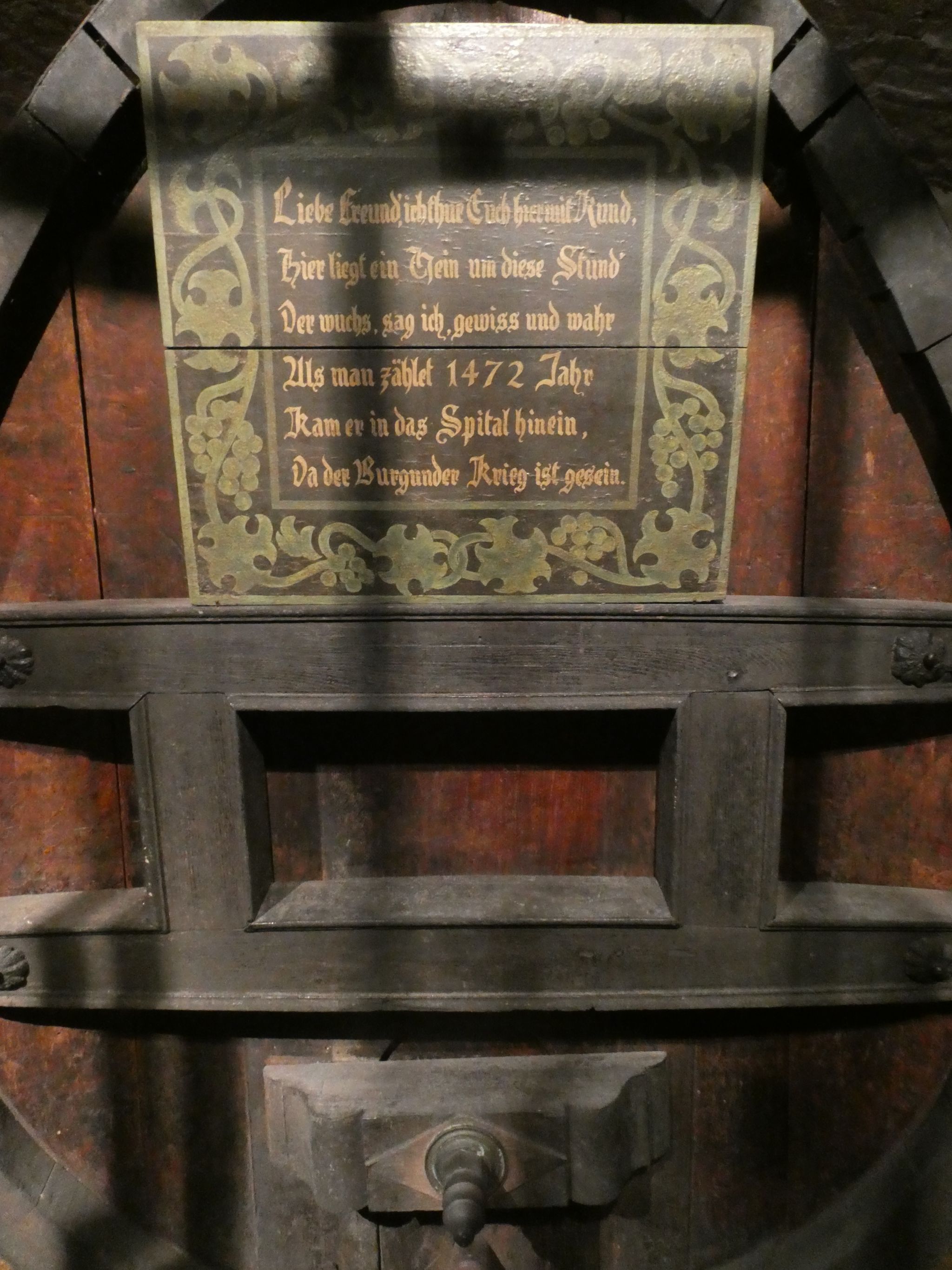 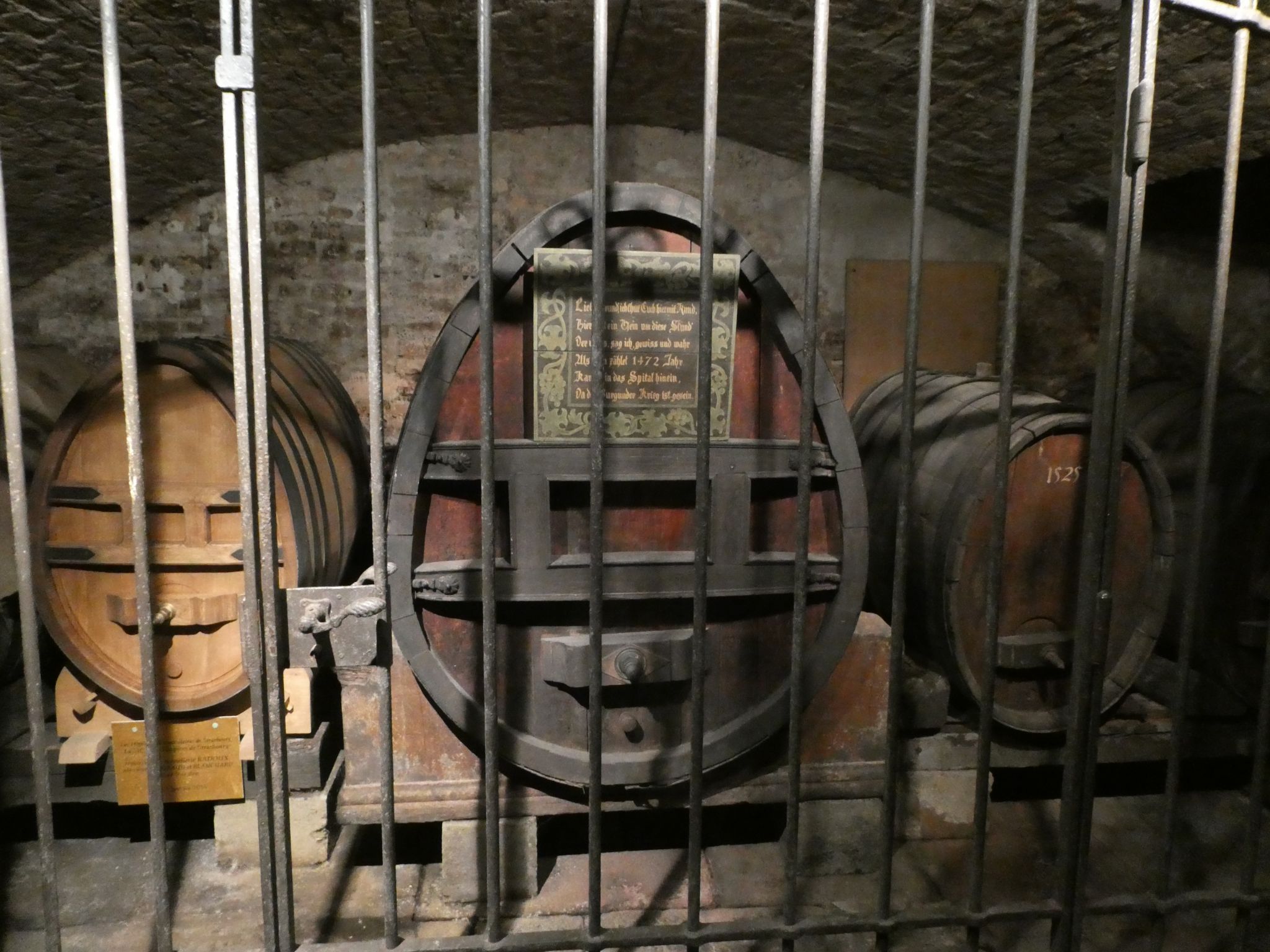 There’s a bottle of the 1492 wine on display.  It looks a rather odd colour for a white wine, and surely must be undrinkable by now, but no doubt is worth a fortune. 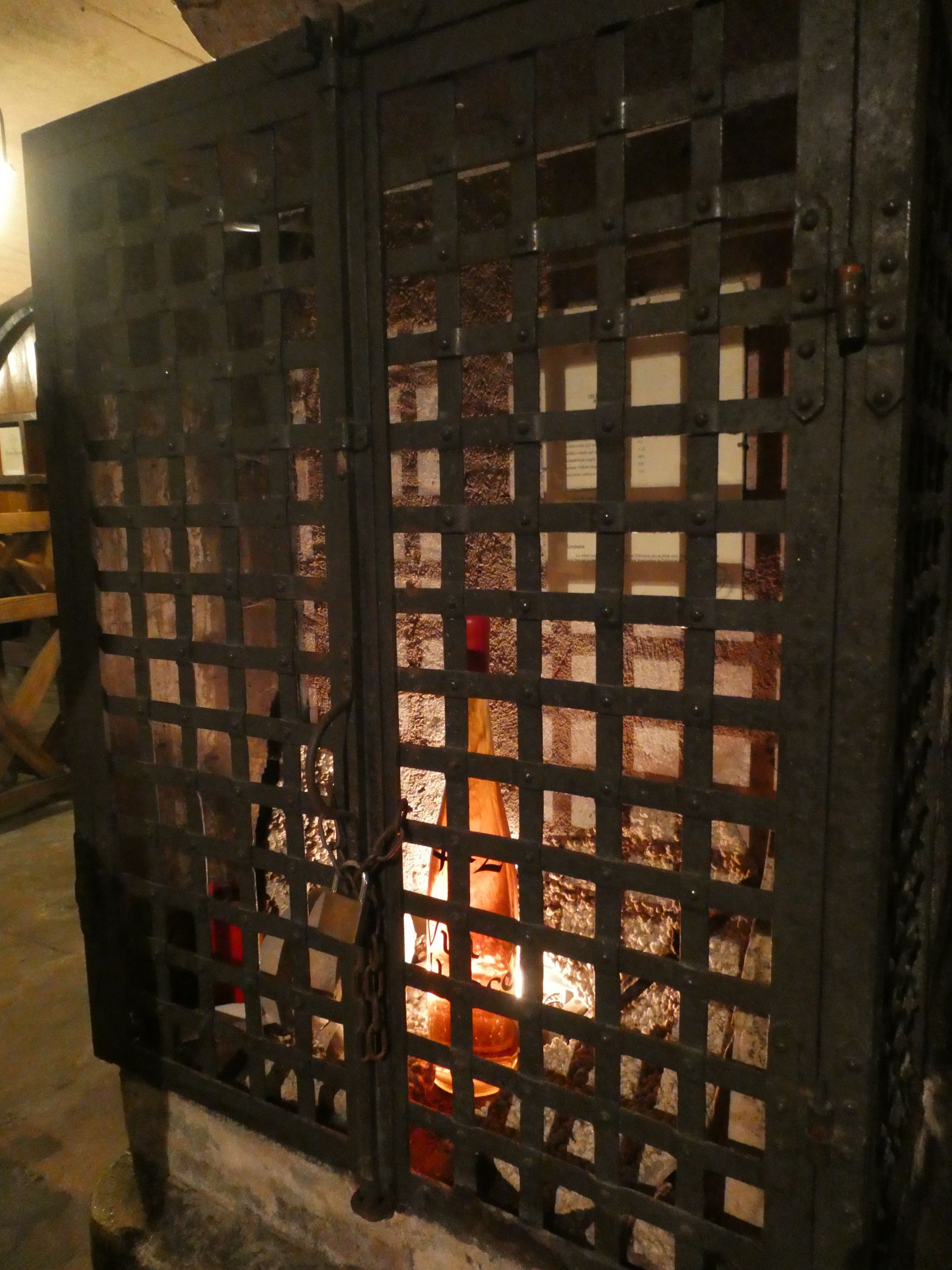 A number of local winemakers still mature wines in the cellar, with production of about 150,000 bottles per year.  You can buy bottles at the cellar shop and profits go to the purchase of medical equipment for the hospital, which still operates at the site.