Dijon is the capital of the Bourgogne region, famed for its production of burgundy and pinot noir wines.

Also known, of course, for its mustard.  Verjuice, and later white wine, was used here instead of the usual vinegar, creating the distinctive Dijon mustard.   However the technique was copied elsewhere and became so common that the name ‘Dijon mustard’ is not protected and now most Dijon mustard is produced from mustard seeds imported from Canada.  That includes the local Maille brand (now owned by Unilever) which is sold in all the tourist shops.

Dijon is, nonetheless, an epicurean delight.  Our favourite cheese, Epoisses, hails from here.  Beef Bourguignonne is local.  And in addition to its famous wines, Dijon is home to creme de cassis, thus the champagne cocktail, Kir was invented here.

As you would expect, Dijon has a great food market.

It also has great architecture in its beautiful old town.  Under the patronage of the Dukes of Burgundy, Dijon became a major centre of Gothic and early Renaissance music, architecture, sculpture and painting during the 15th and 16th centuries.  It survived both World Wars without being badly damaged.  So it has a city centre which includes not only historic stone palaces and churches, but rarer, intact timber framed houses dating back several centuries. 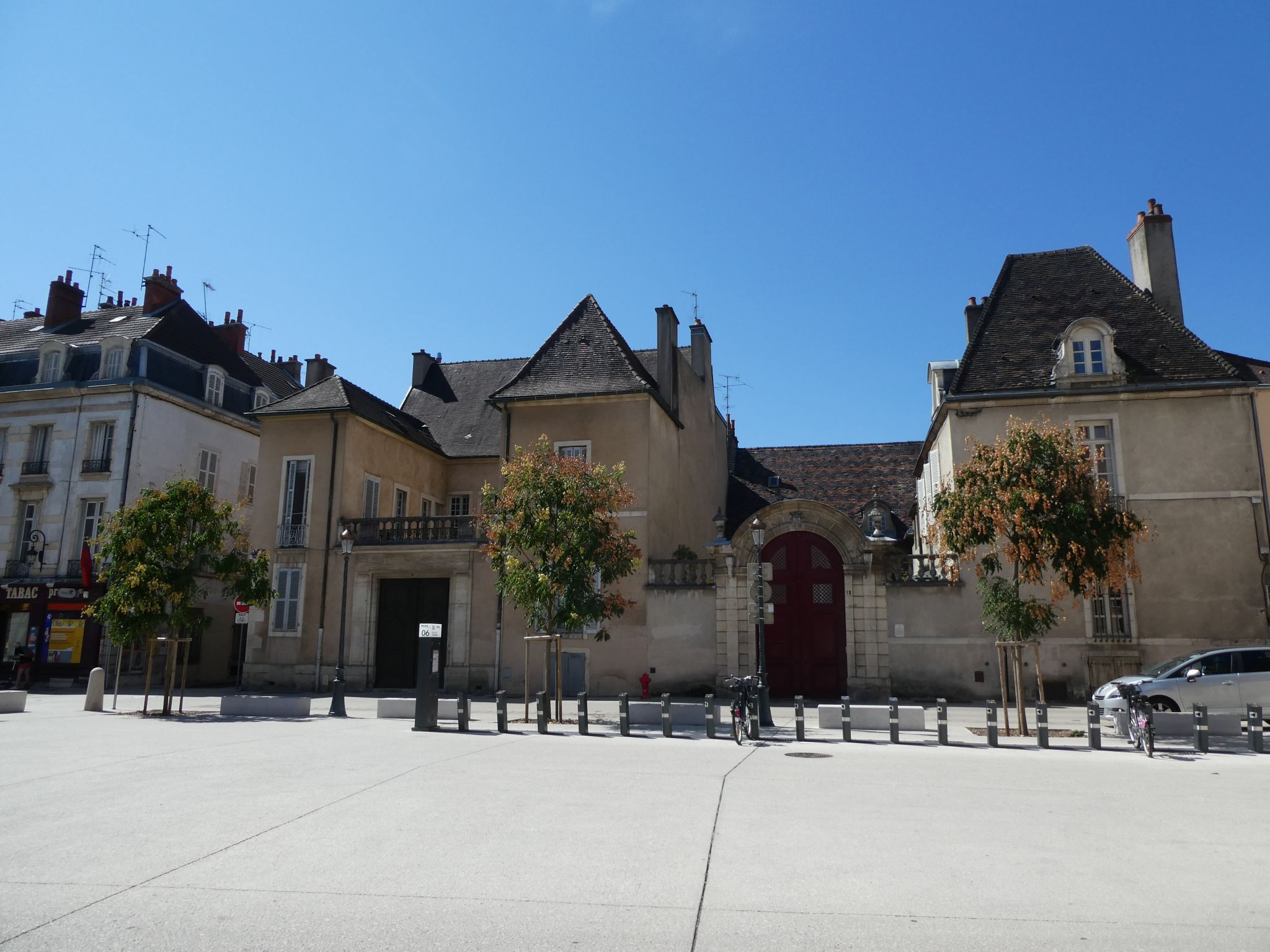 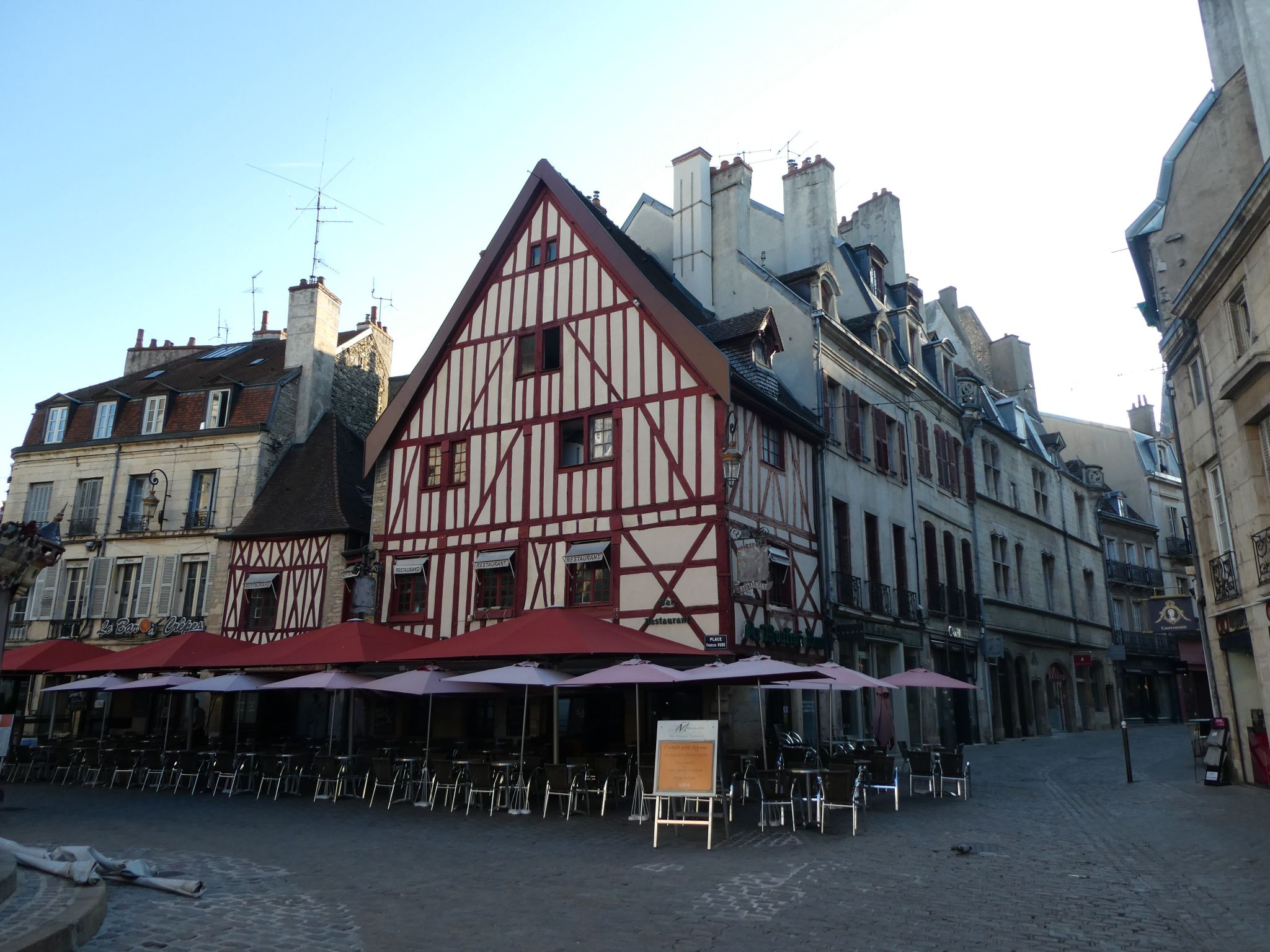 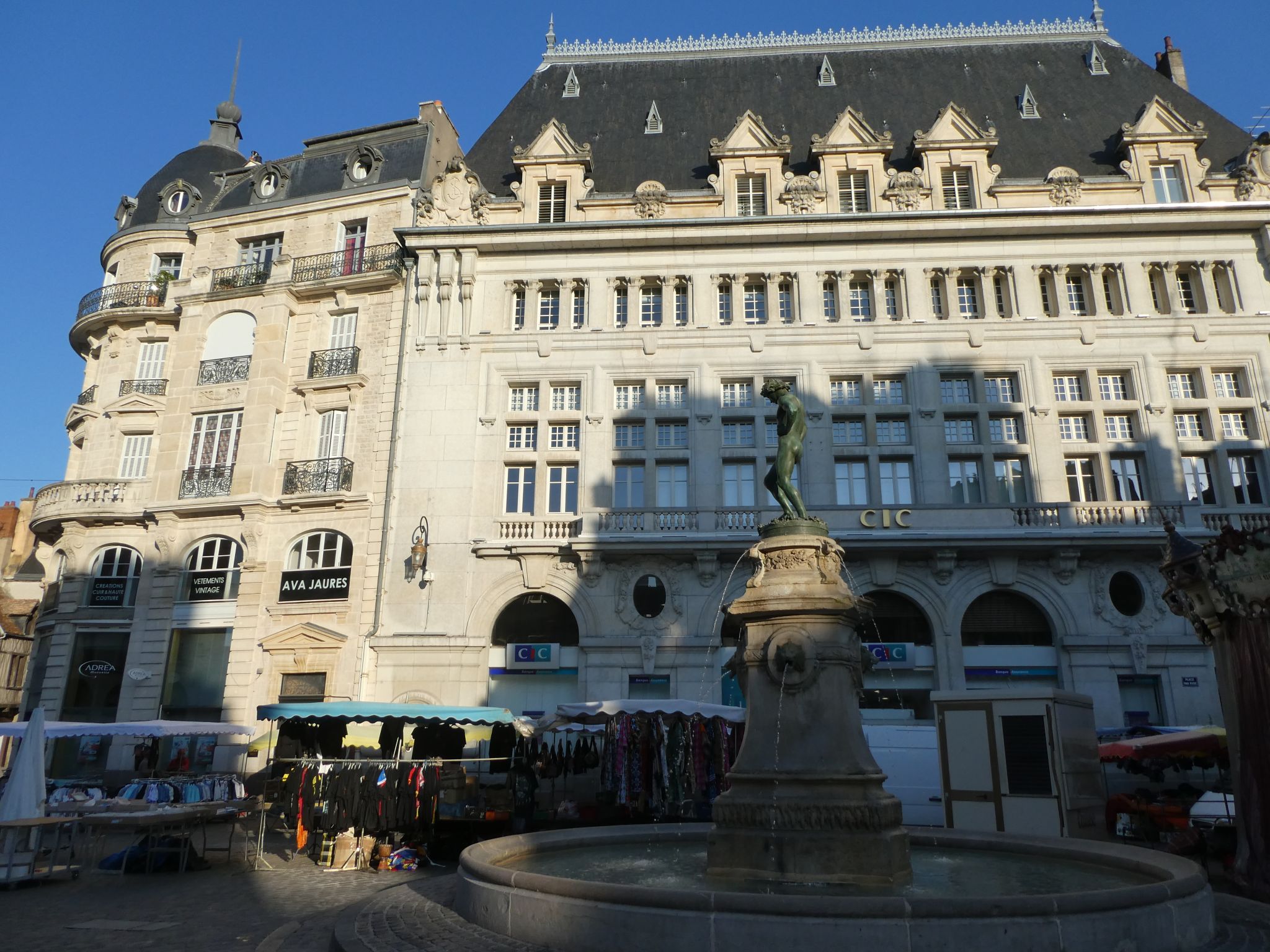 We’ve seen a lot of forms of busking on our travels.  This one was creative and definitely worth a contribution.  He is carving a dog and her puppies out of sand. 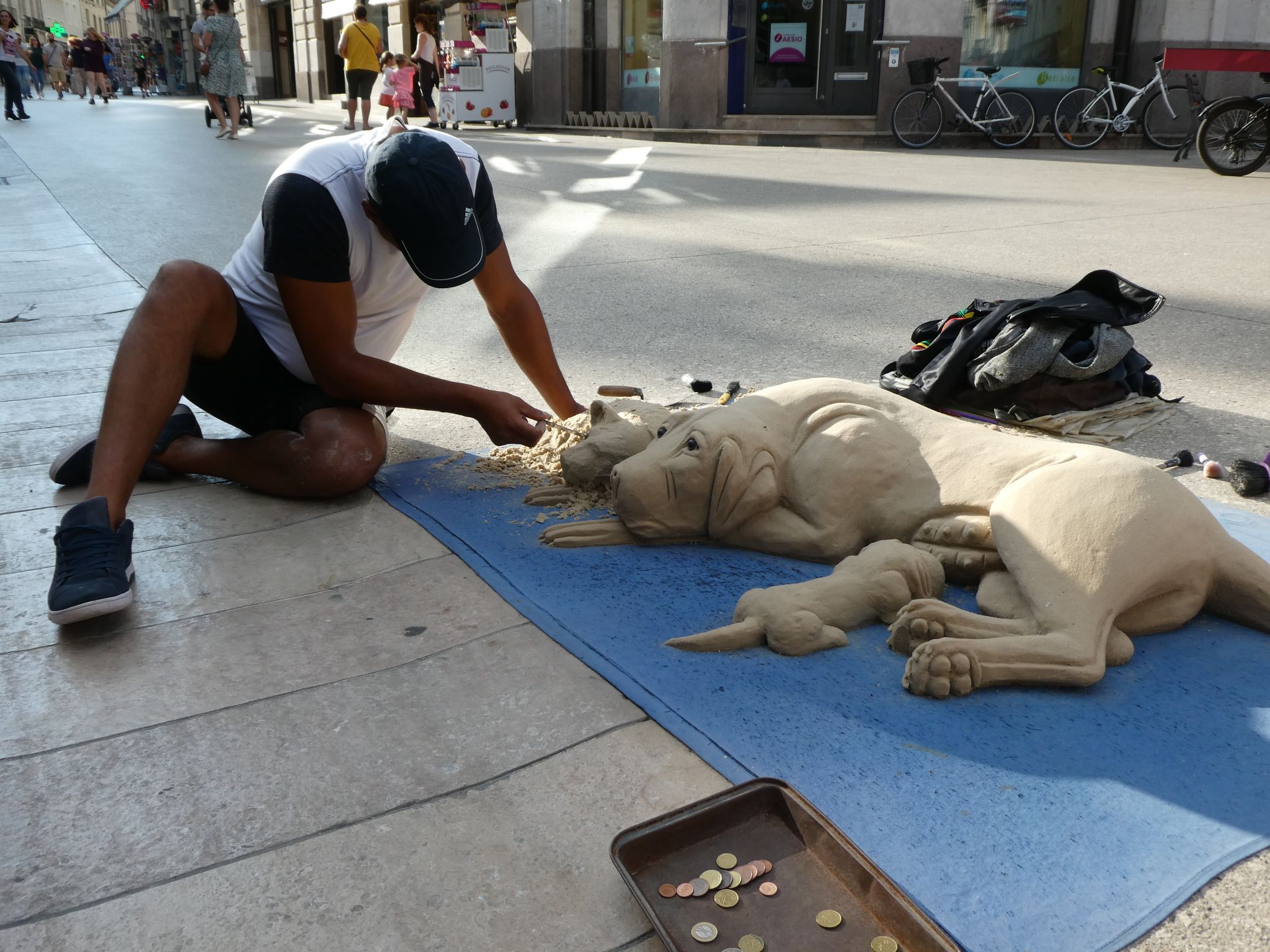 We did a fabulous day tour to the vineyards.  The region is dotted with absurdly picturesque little villages and the vines were almost ready for harvest. 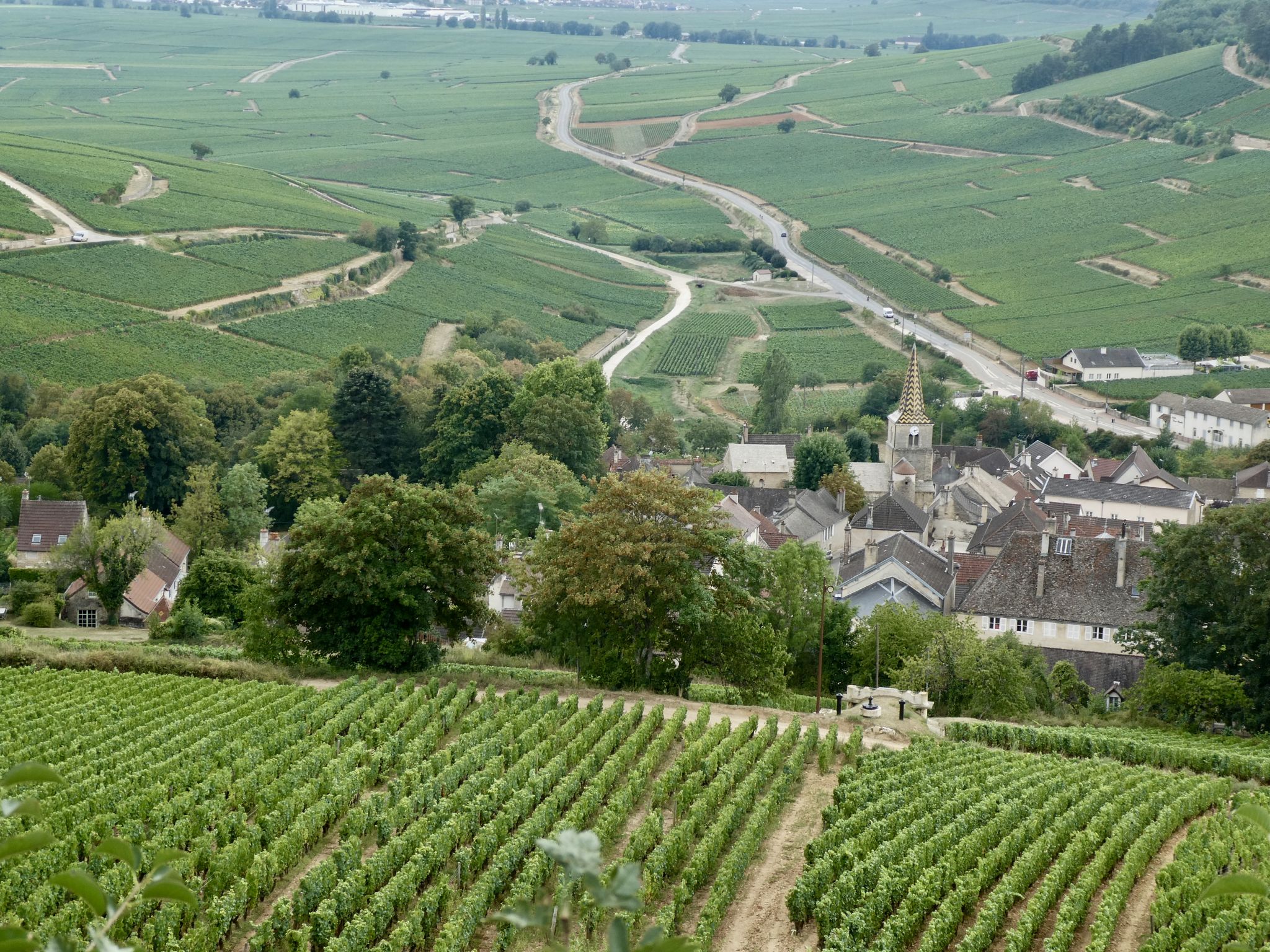 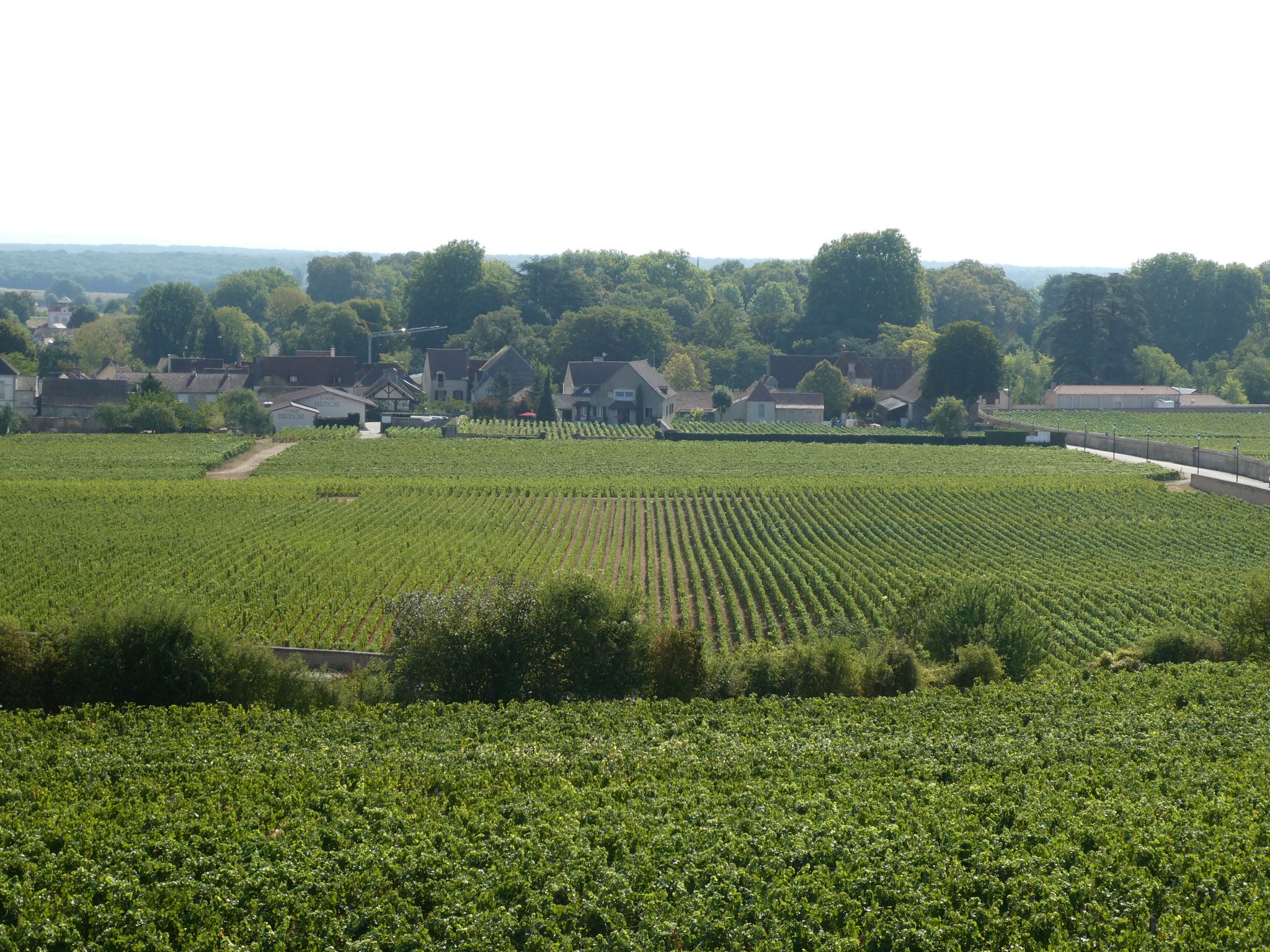 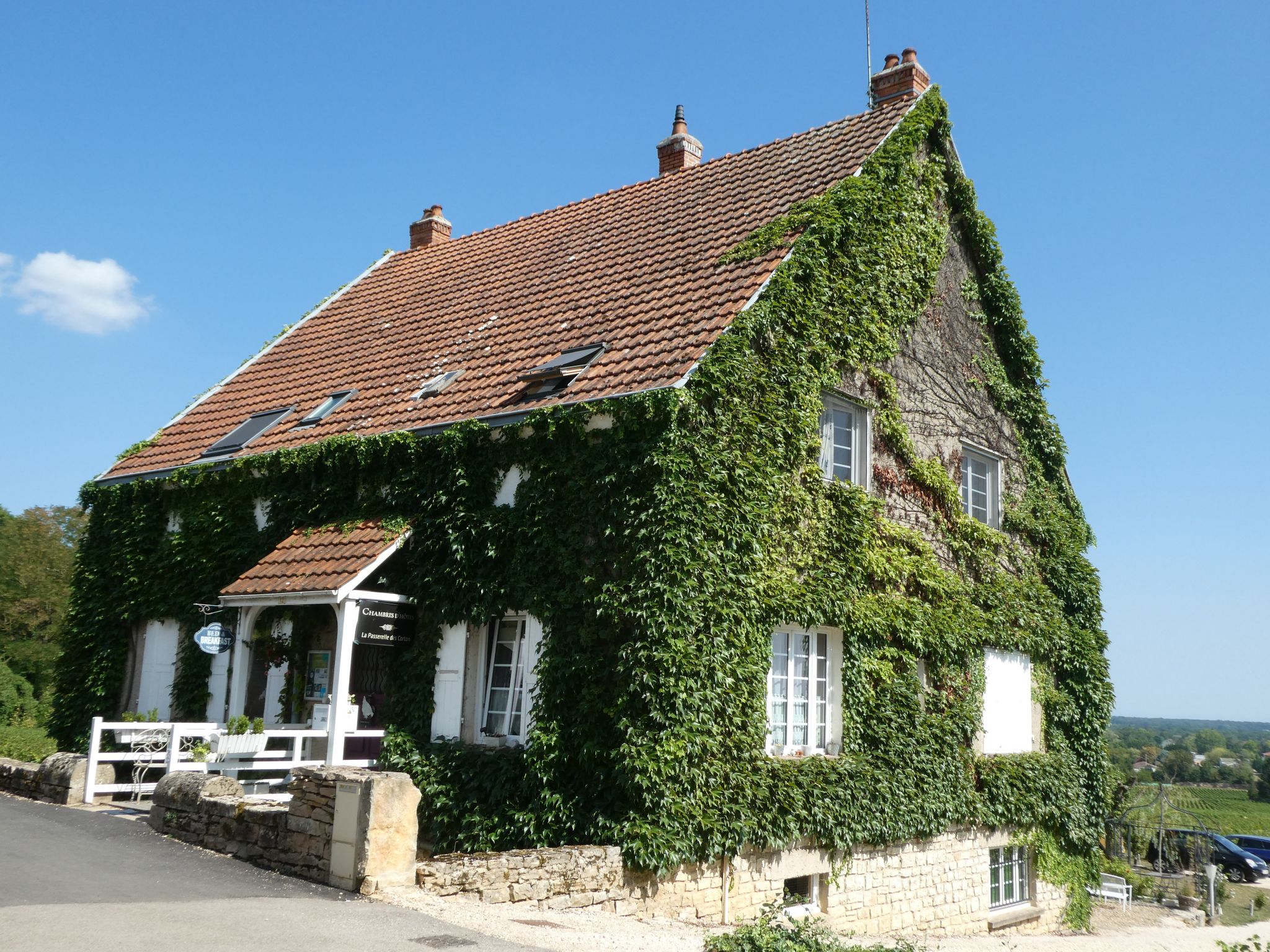 The Clos de Vougeot vineyard was established by Cistercian monks in the early 1100s.  The chateaux was built in 1551 and is still the centre of the vineyard. 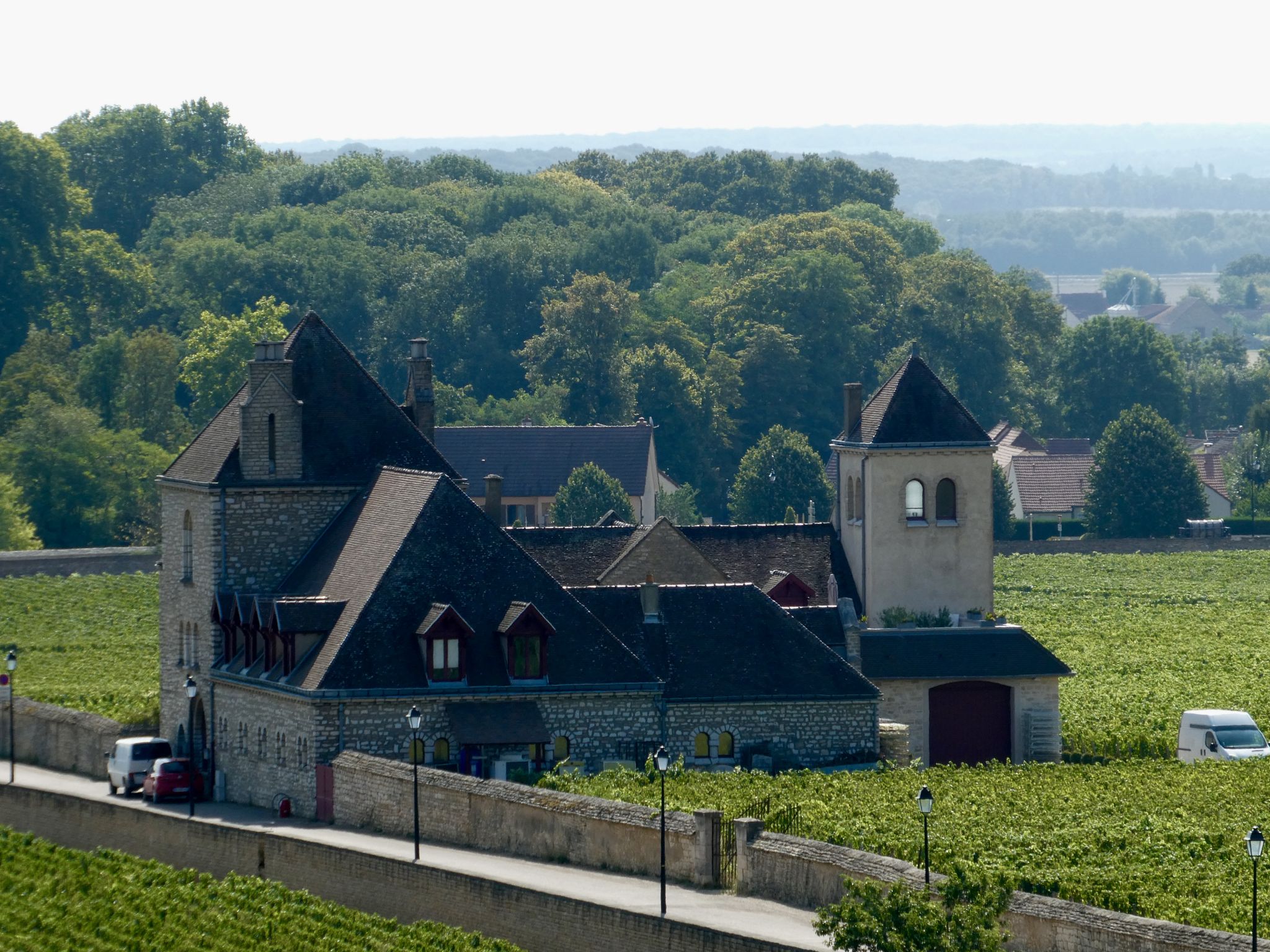 We stopped at a nearby cellar for a private tasting of local wines. 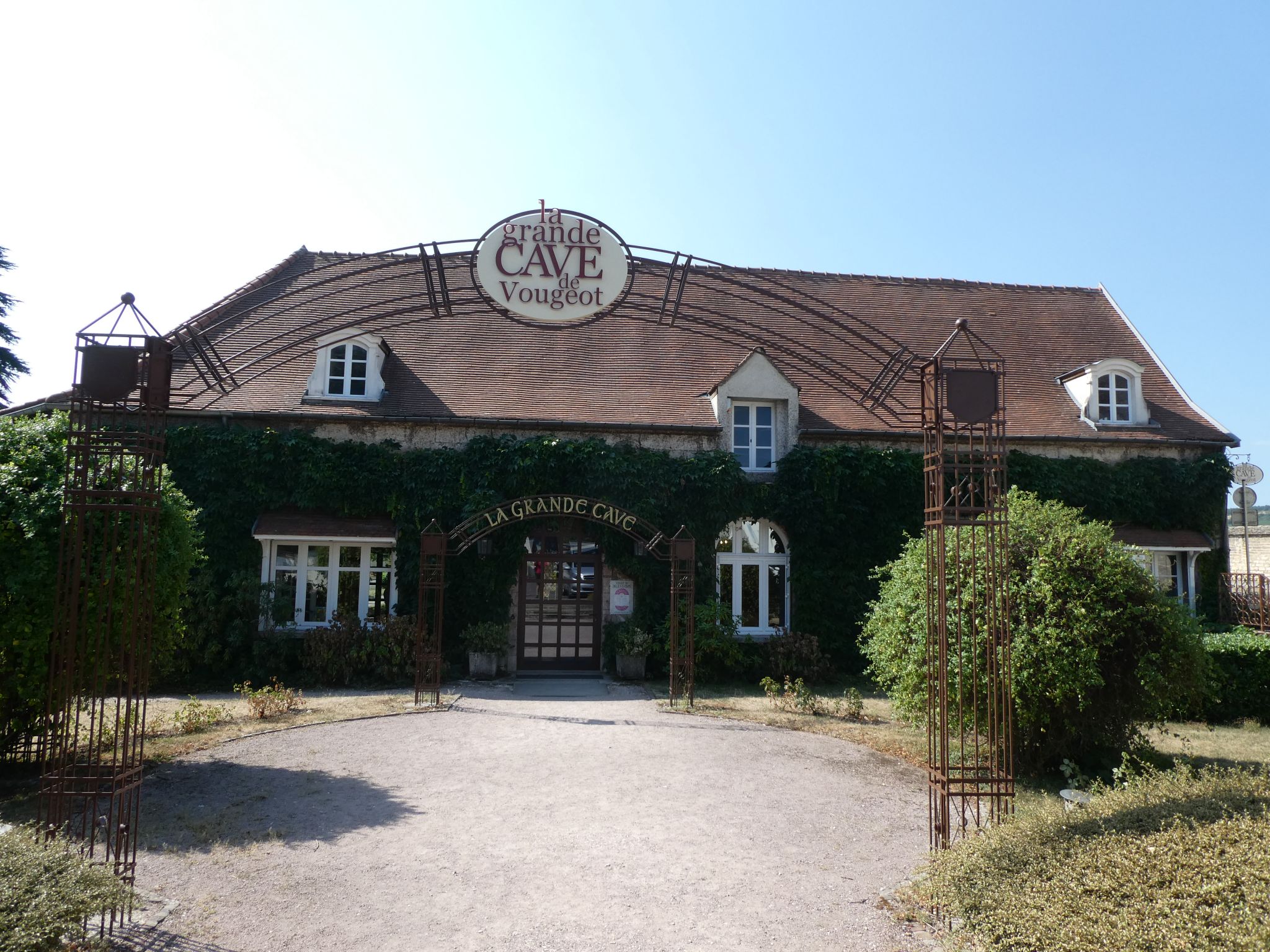 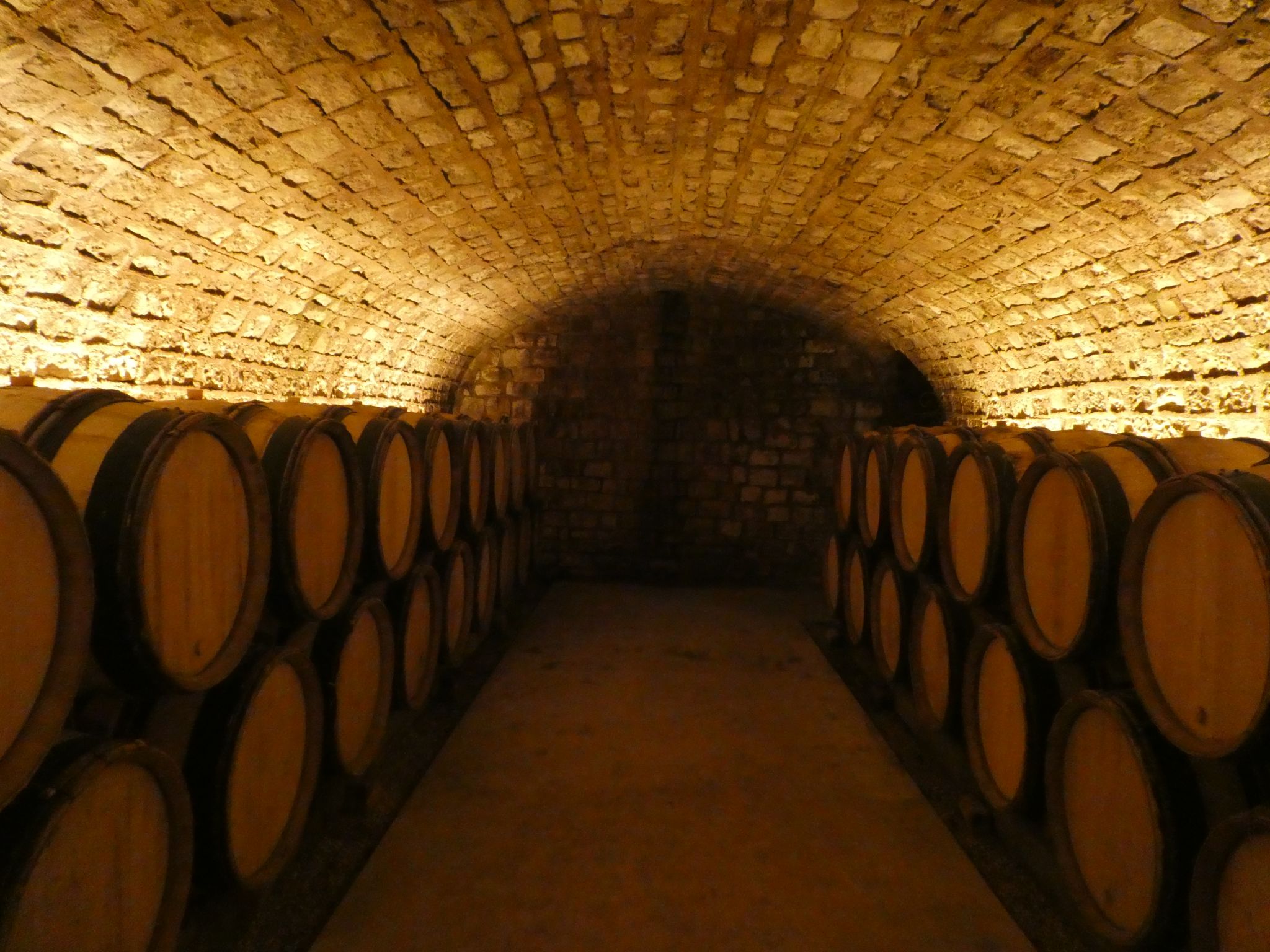 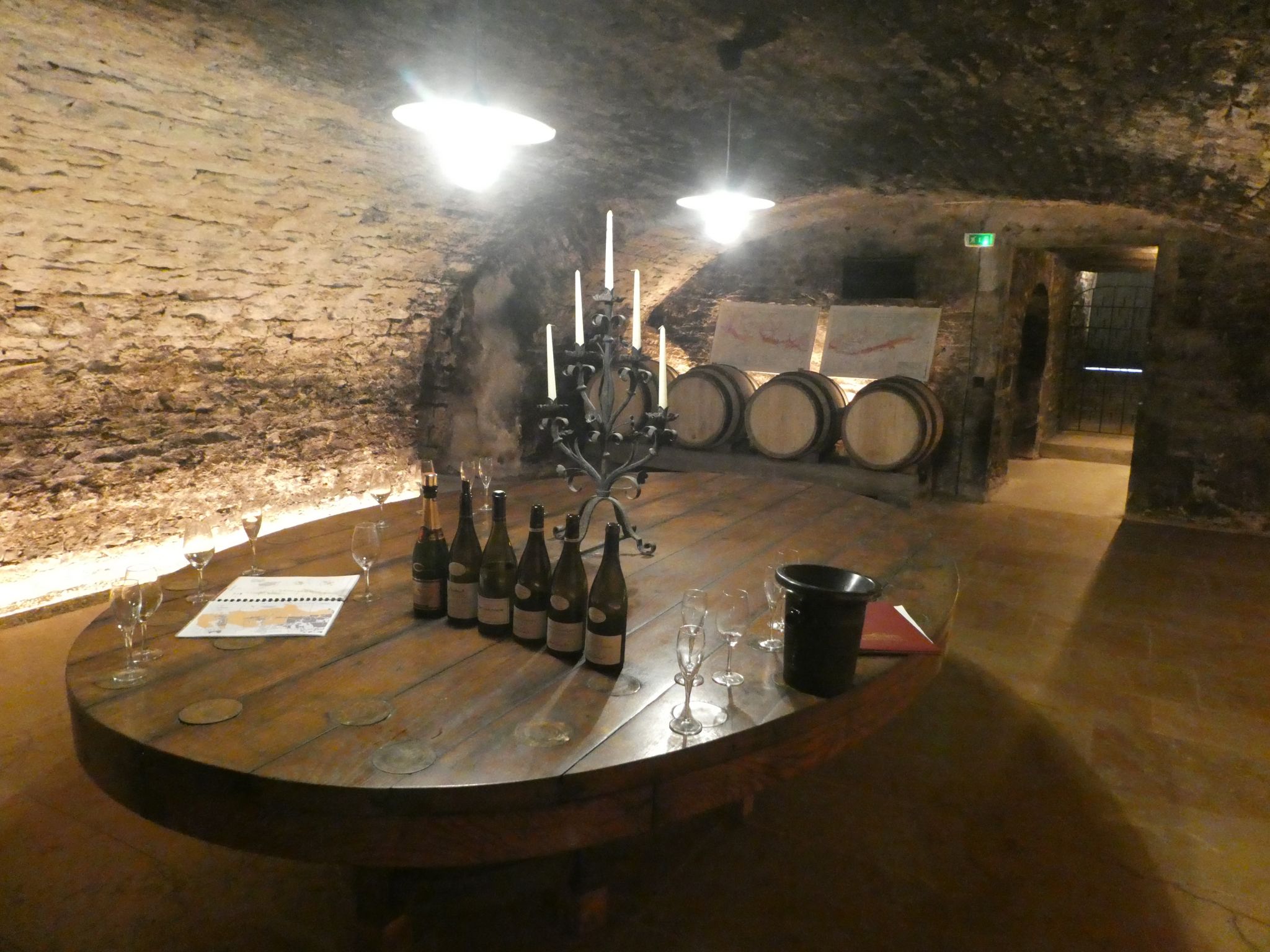 We tootled around the Cote de Nuits region and stopped to look at the Romanée-Conti vineyard.  Wine from this vineyard is amongst the most expensive in the world.  In 2013, four bottles of the Romanée-Conti 2004 sold at auction for $52,062.00.

It’s been recognised as a top drop for centuries.  In 1780, the Archbishop of Paris described it as “velvet and satin in bottles”.

More recently and less elegantly, Roald Dahl claimed it is “impossible to give an account of such a delicacy with words.  To drink Romanée-Conti is equivalent to experiencing an orgasm at once in the mouth and in the nose”.  Hmm.  Sounds messy. 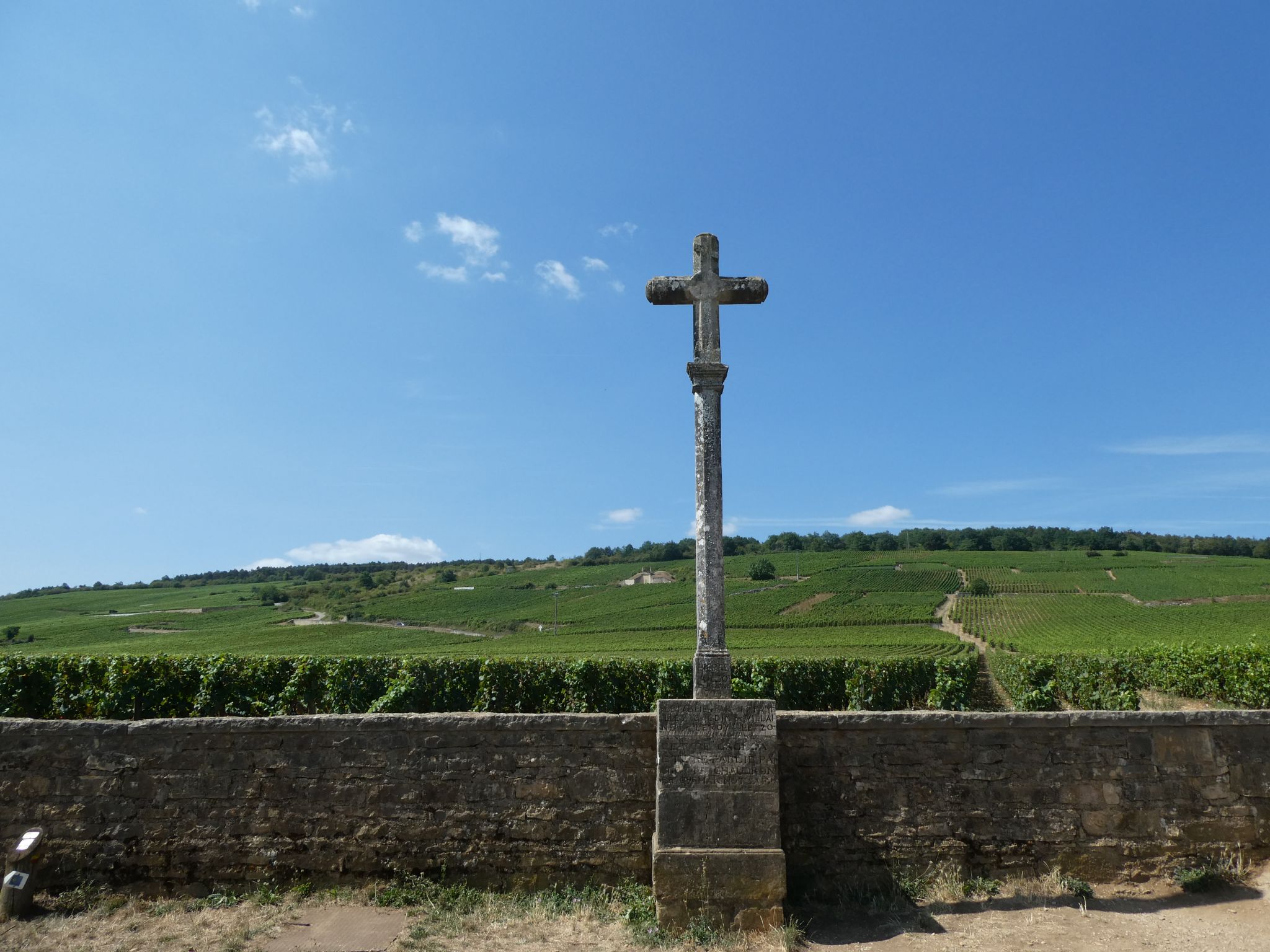 We had a couple of hours in Beaune, so we visited the Hospice de Beaune.  Built as a hospital for the poor in 1443, it is a fine and exquisitely preserved example of French 15th century architecture. 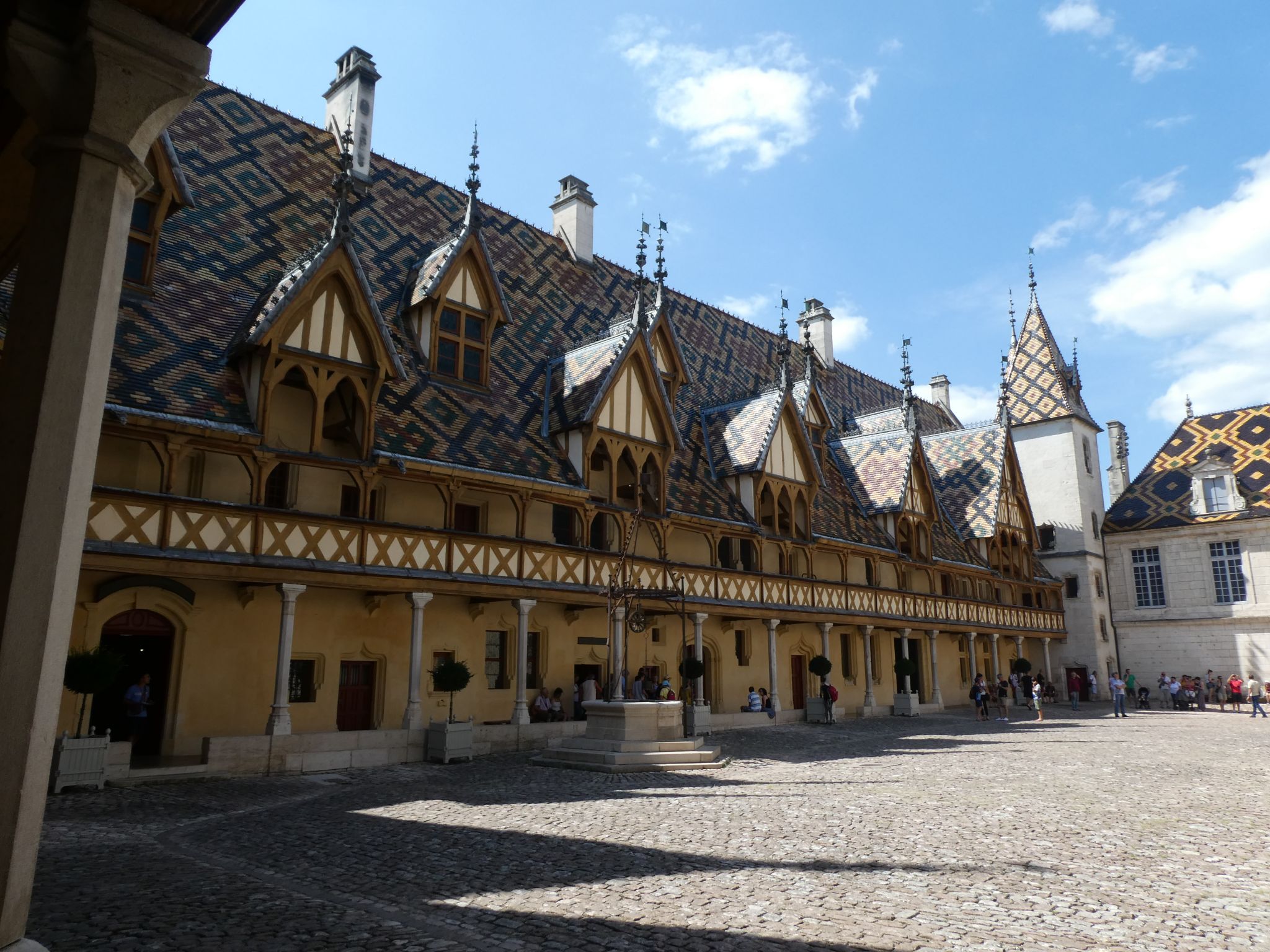 Then on to our second tasting at this exquisite little pile. 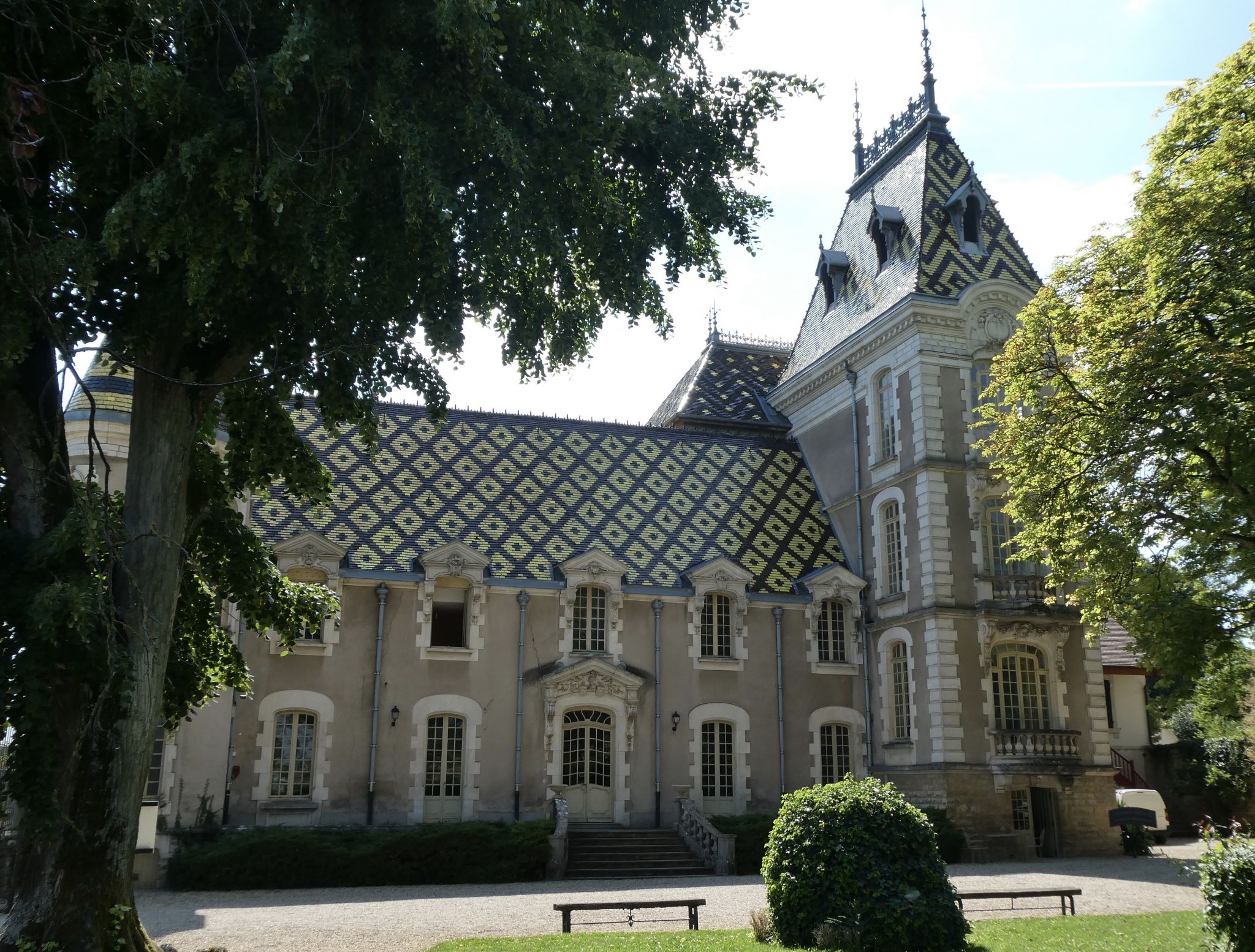 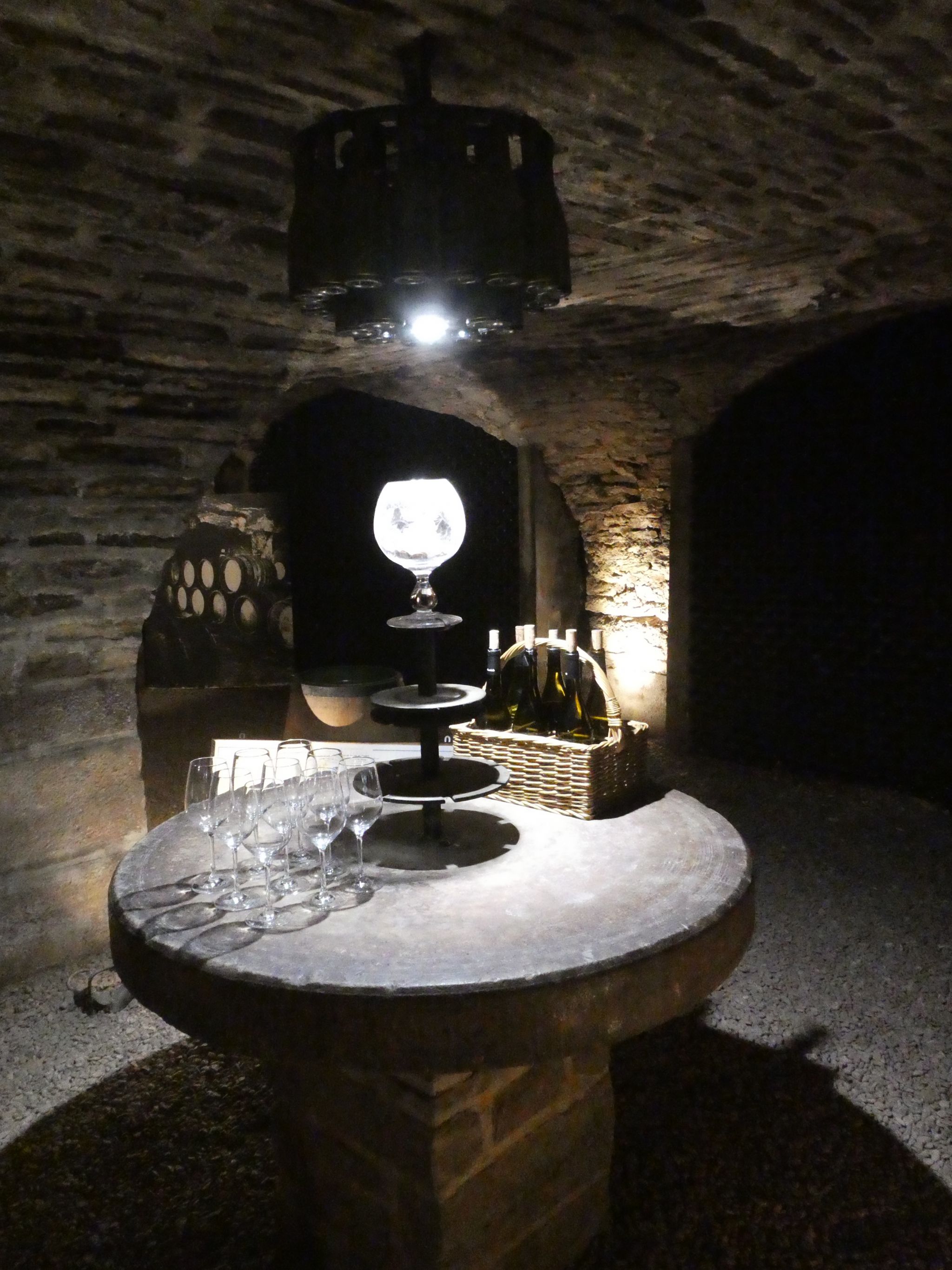 We learned a lot about wine making and appellations and how to interpret the quality of wine from the origin information on the labels.  Really, we did.  But the wines were a bit distracting.  So we can’t and won’t try and recount any of it.

A good pre-cursor to our next stop – five weeks in Paris.