After the solitude and wide open spaces of the Picos de Europa walk, we found Barcelona just too crowded.

The funky buildings designed by Antoni Gaudi, the so-called father of Catalan Modernist architecture, are worth a look.  It’s fair to say there’s nothing else quite like his style.  But if we lived in one of these apartments, we’d probably quickly tire of having to fight through a crowd just to get to our front door. 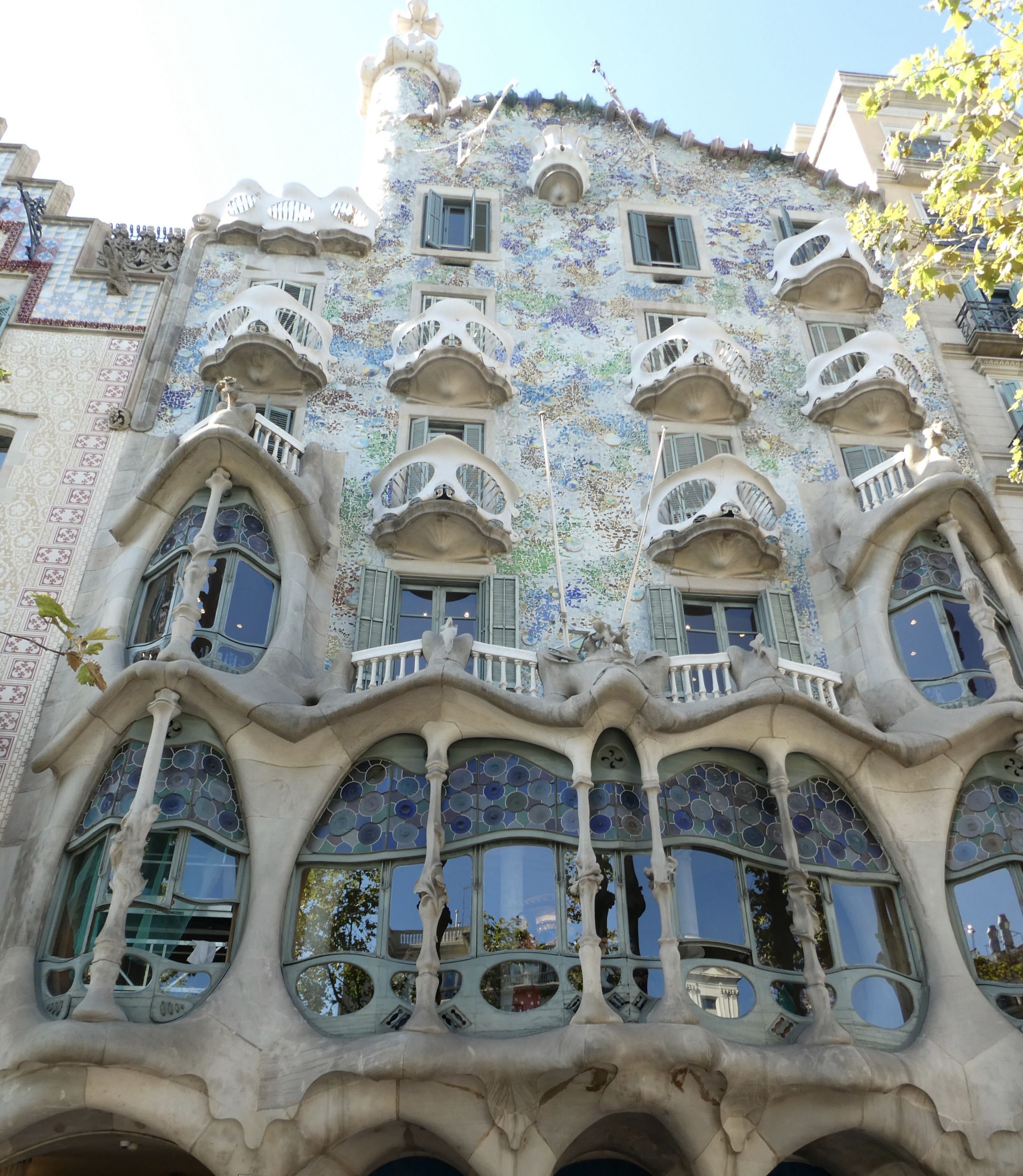 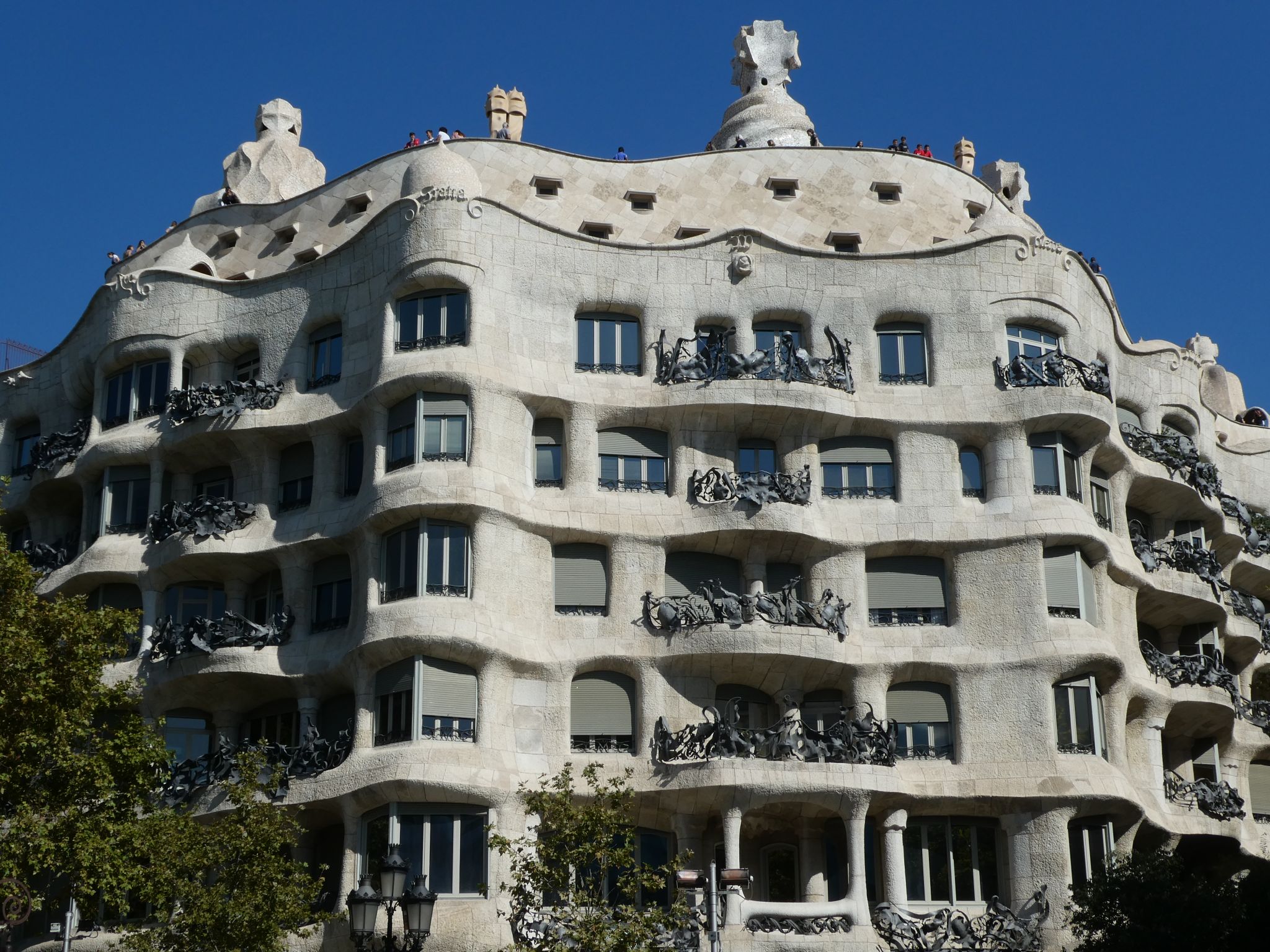 The Sagrada Familia cathedral is also one of his creations.  Although he was not the original architect, he came onto the project about a year after it started in 1883, and drastically changed to design to suit his iconic style.  When he was criticised for the slow pace at which the project was proceeding, he famously retorted that his client was God, not the Catholic Church, and ‘my client is not in a hurry’.

Let’s hope he was right.  When Gaudi died in 1926, the cathedral was still only one-quarter completed. And although construction has never halted, it is still only about 70% finished, 136 years after it began.

Added to that, the city administration asserts the work has no valid building permit, surrounding residential structures have been demolished without planning permission, and unpaid construction taxes are owed on the project.  Perhaps if God is your client, such bureaucratic requirements ought not apply.  The city didn’t see it that way and after what has to be one of the world’s longest running planning disputes, the church has just agreed to cough up $41 million in overdue permit and construction fees.

Unfinished, with ugly crane towers marring the exterior’s aesthetics, it is nonetheless the most visited monument in Spain and gets 4 million visitors each year.  The church has 10 years to pay the $41 million, so that’s just over $1 per visitor.  Shouldn’t be too hard to raise the cash. 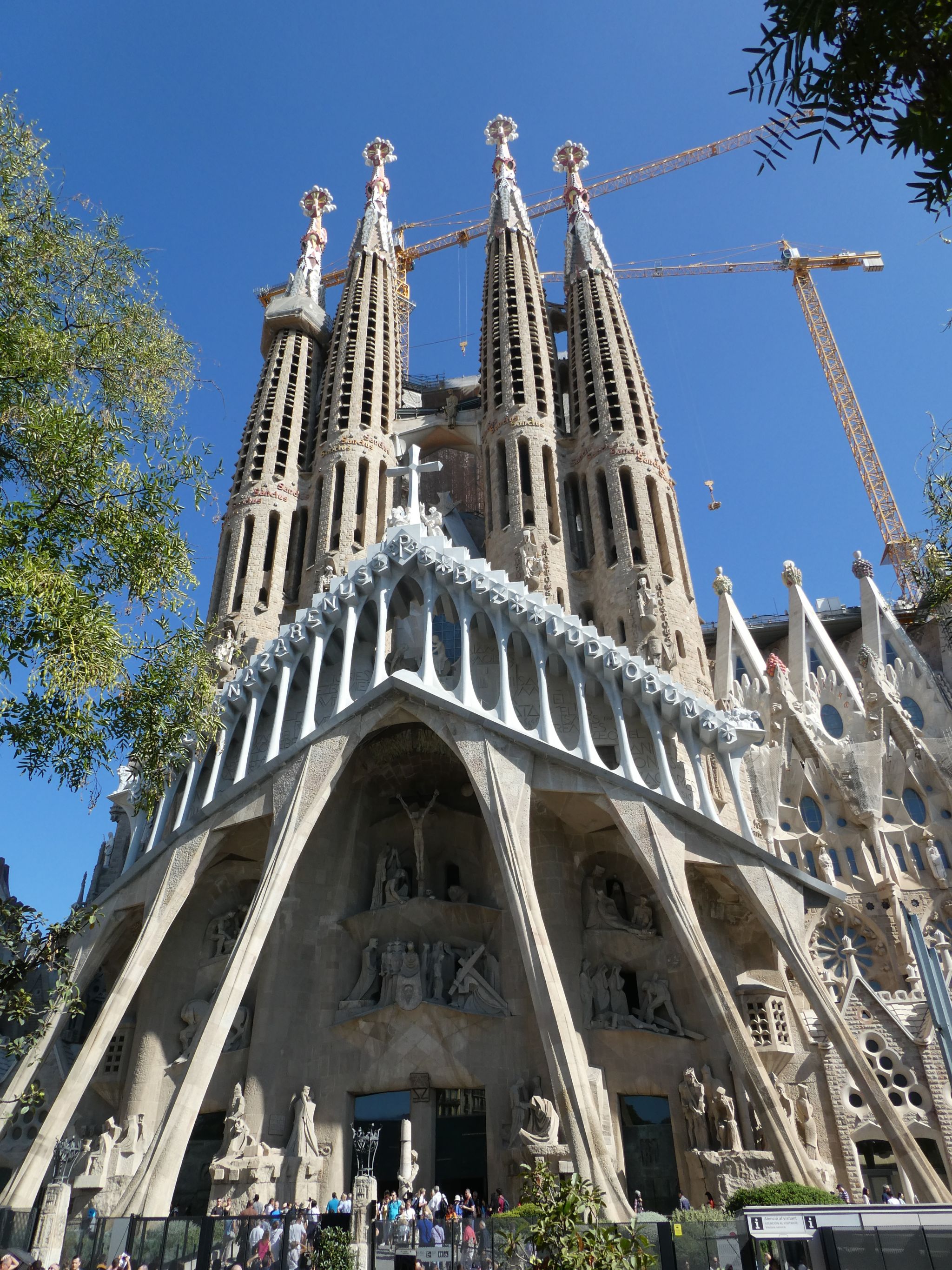 Parc Guell was originally conceived by Count Eusebi, Gaudi’s patron, as a development of luxury villas with surrounding green space.  Ultimately only two houses were built, now museums.  Wandering the park is free but the ‘Monumental Zone’ containing the Gaudi touches to the project is fenced off and is now for paid entrants only.  Timed entry, for a set period only, and when we went one morning, already sold out for the day. 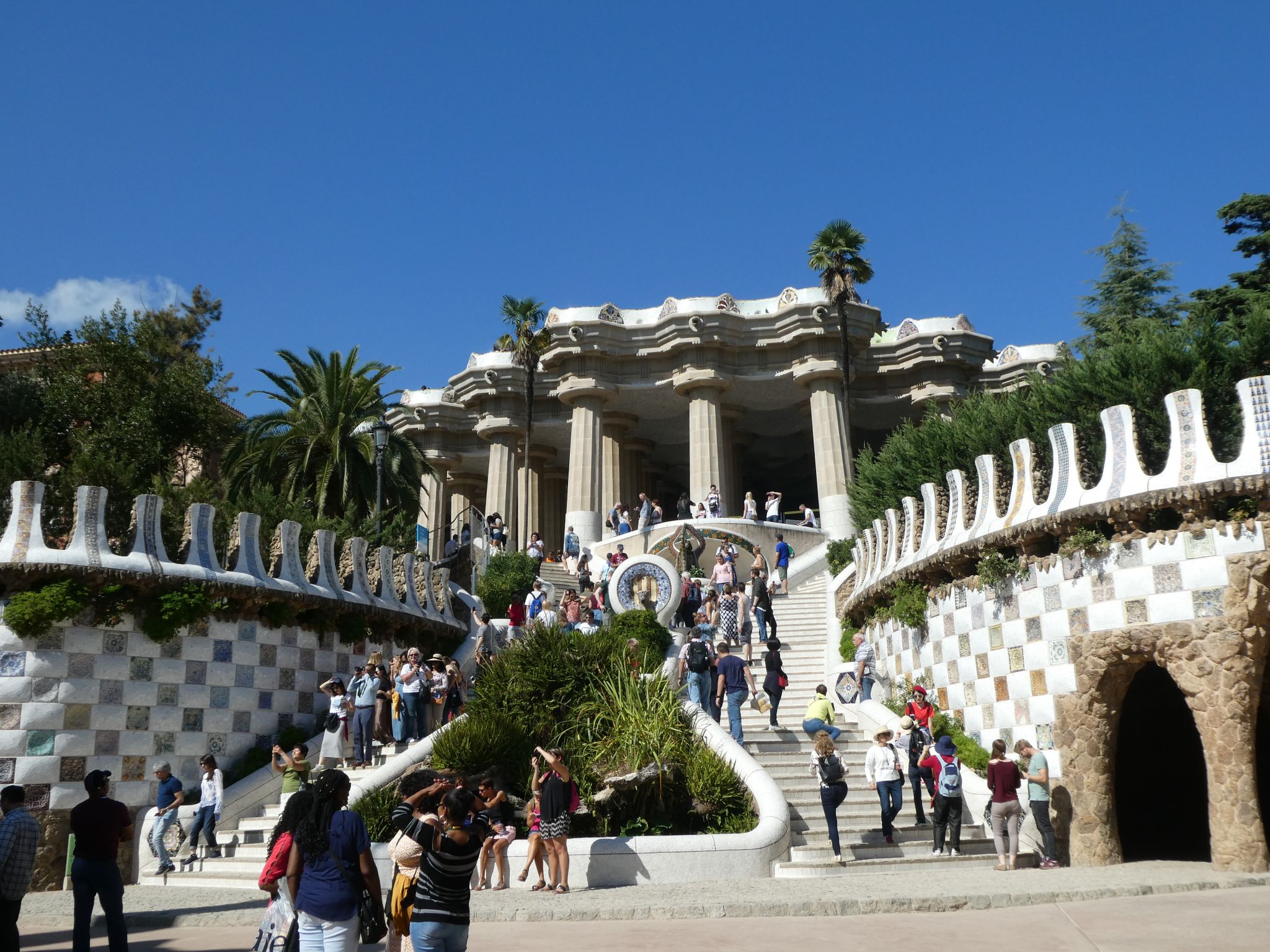 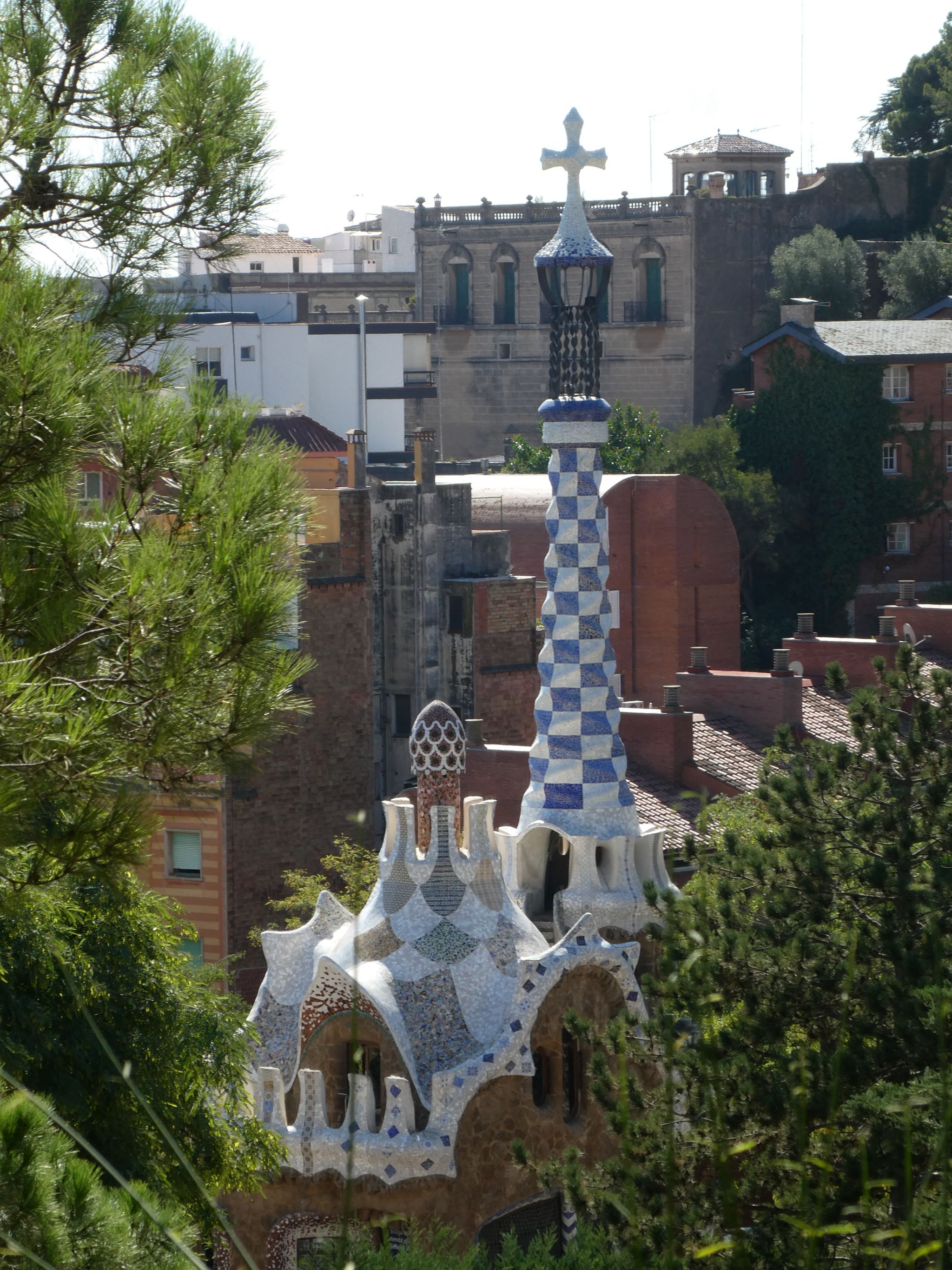 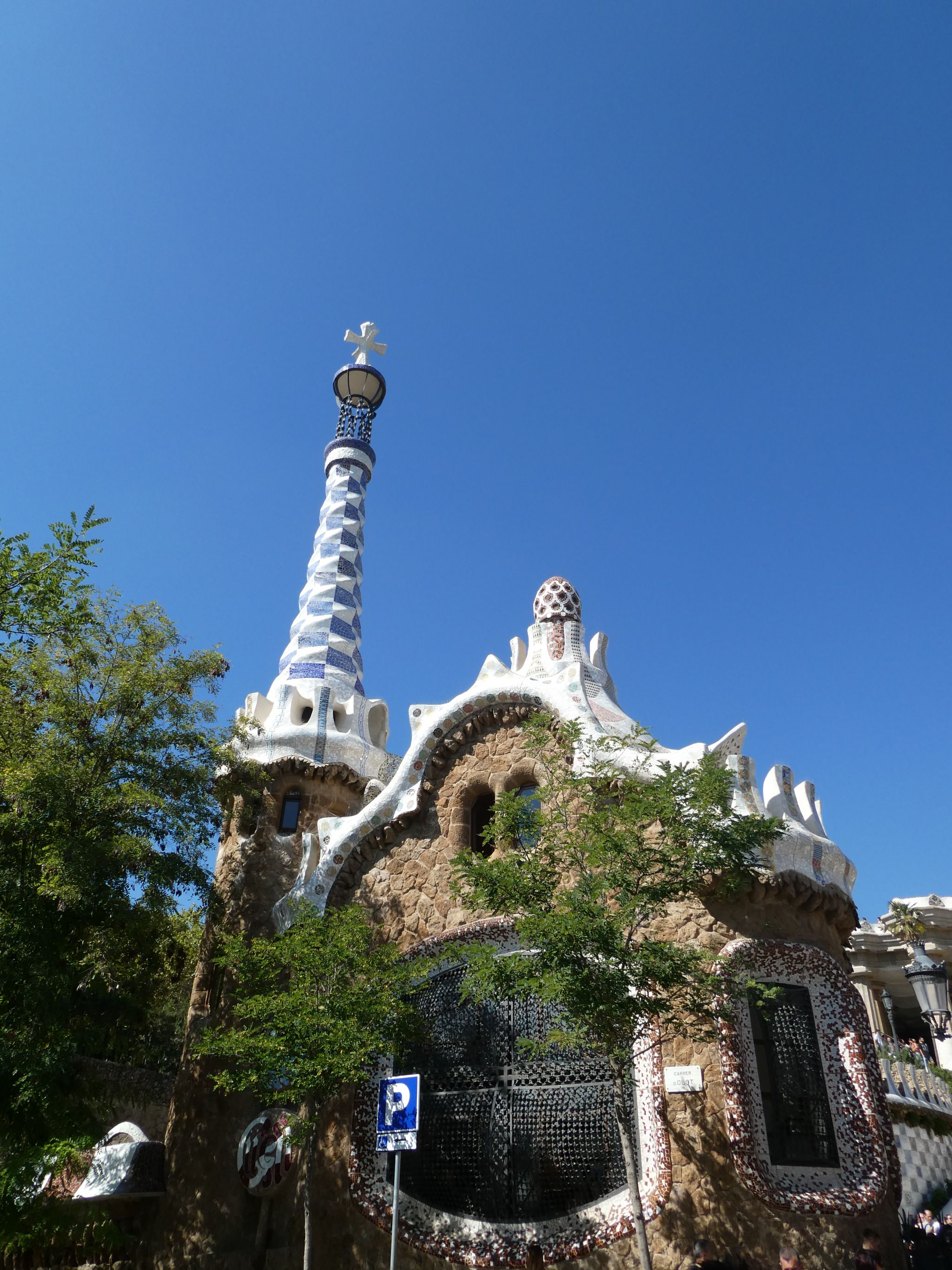 There is much to love about Barcelona, but it’s in serious danger of being loved to death.  It is no longer possible to enjoy a leisurely stroll down Las Ramblas, Barcelona’s 1.2km pedestrian boulevard.  It’s shoulder to shoulder from early evening to late at night.

There is some thinning of the crowds down at the port end, where a special area is set aside for human statues to ply their trade.  Their costumes were more elaborate than any others we have seen. 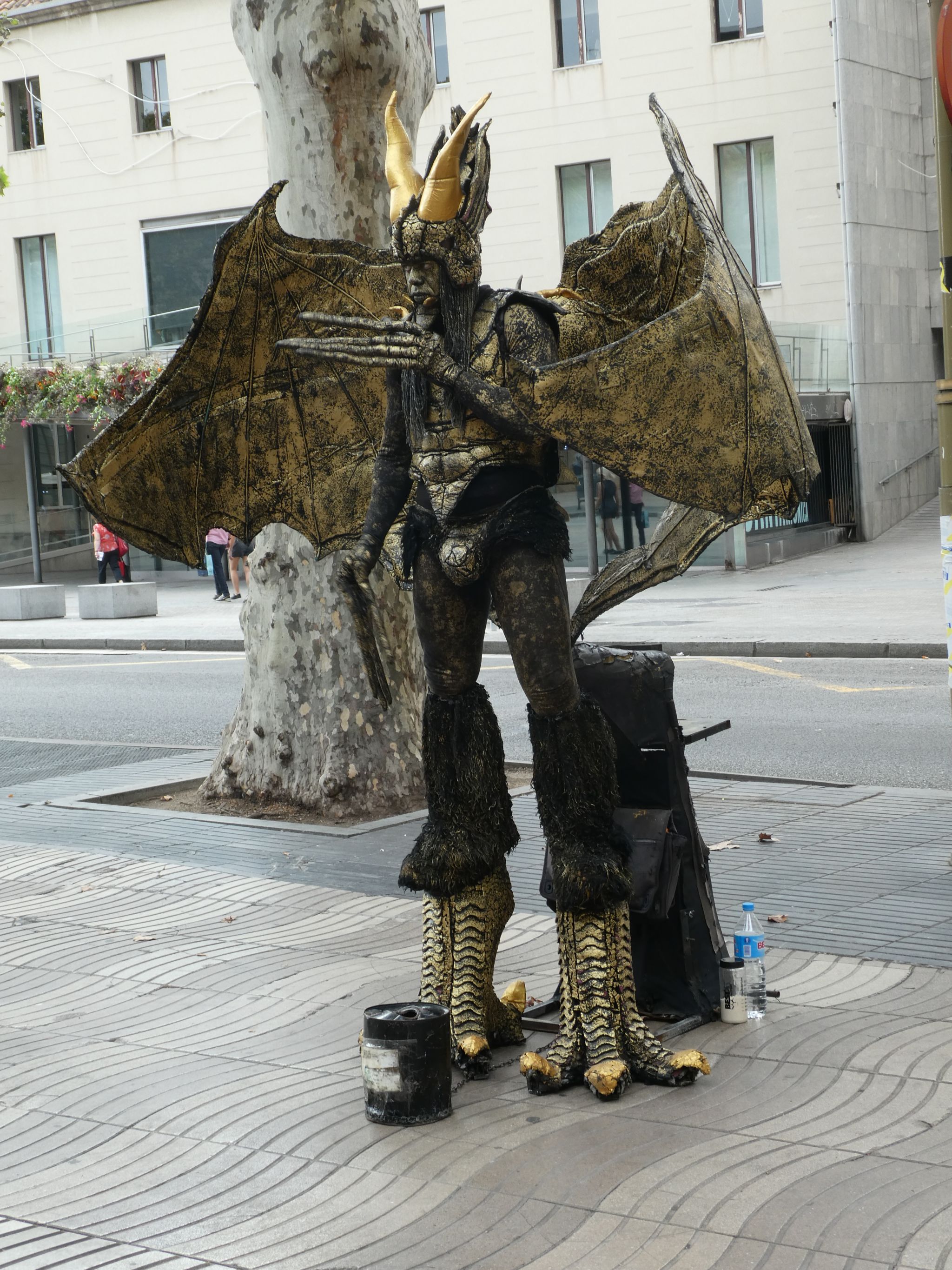 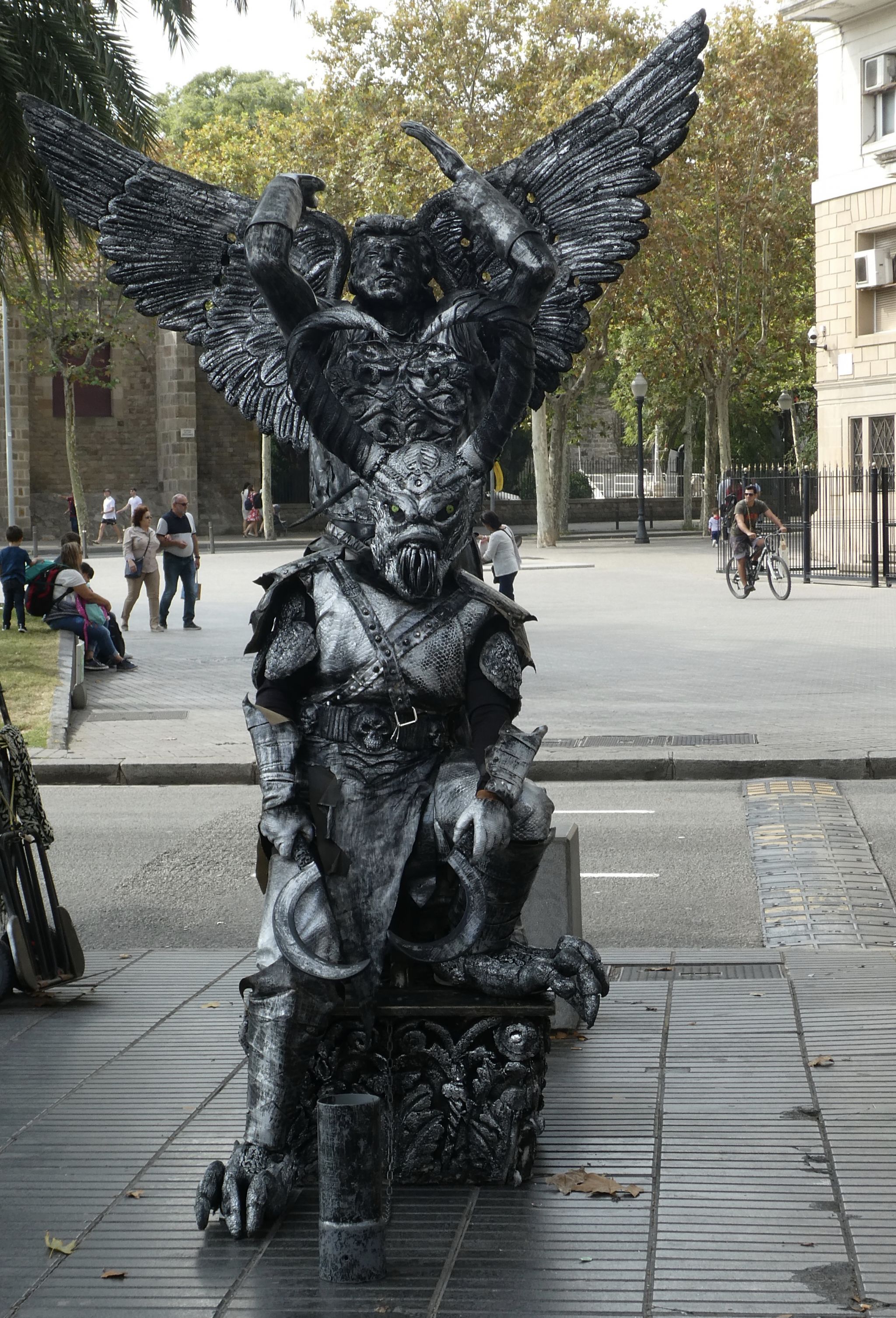 At the end of Las Ramblas, atop a 40 metre tall column, is a 7.2 metre bronze statue of Christopher Columbus pointing purposesfully toward the sea.  On his return from ‘discovering’ the New World, it was to Barcelona that Columbus came to report to the King and Queen of Spain.

If the statue is supposed to be pointing toward America, the sculptor had about as much sense of direction as Columbus himself, whose brief had been to sail to Asia.

The New World is west, but the statue points southeast.  Many think he is pointing toward his home town, Genoa, but that’s not right either.  That’s east-northeast up the coastline.

Some geek with too much time on his/her hands has calculated that where he is pointing correlates to Constantine in Algeria, which has no particular significance to Chris, the sculptor or the age of Spanish exploration.  Most likely, he’s just pointing out to sea, because it would look odd if he was pointing anywhere else. 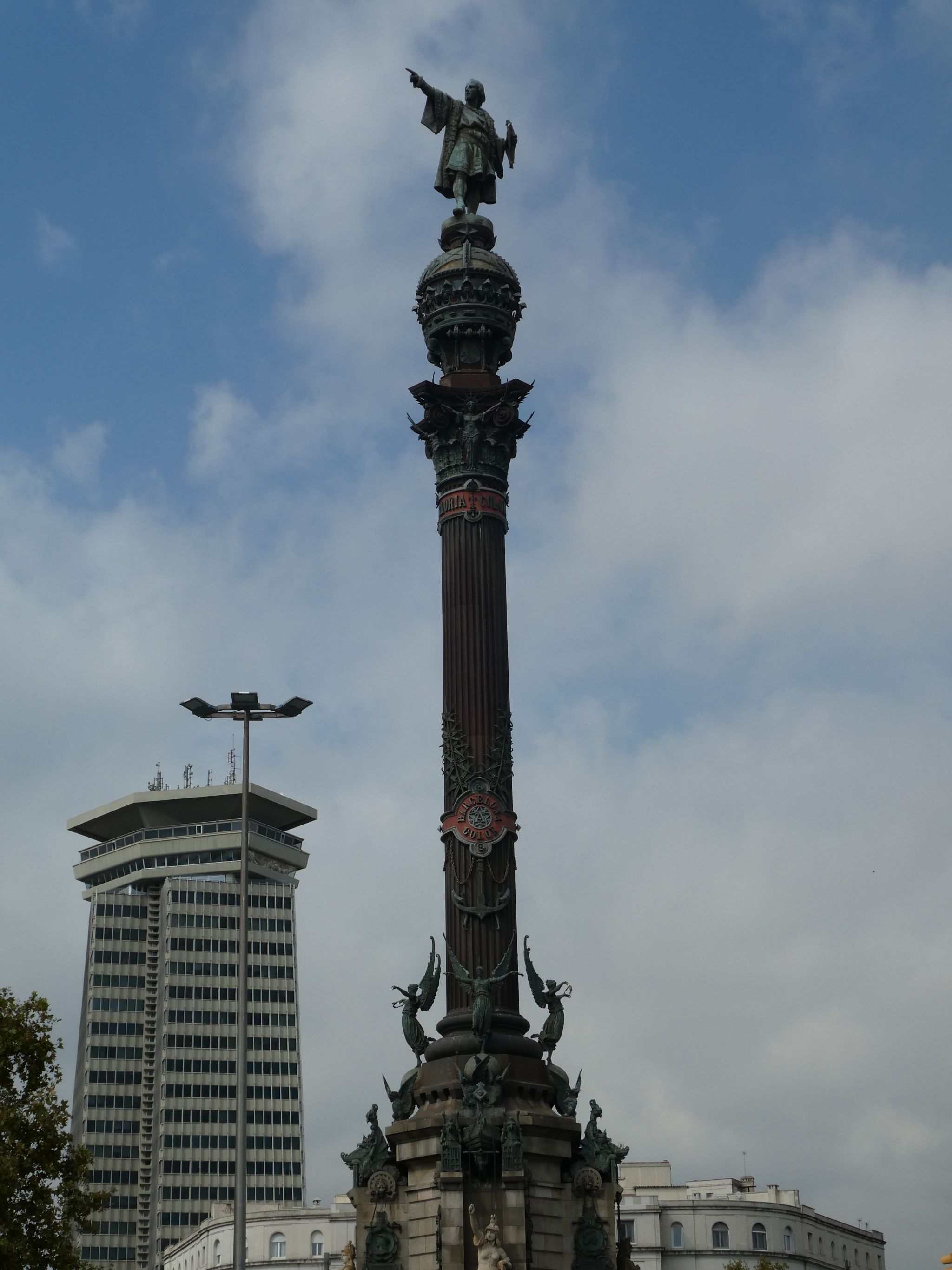 Can a city of 1.6 million people withstand the impact of 32 million visitors per year?  This is the question facing Barcelona.

Meanwhile, with our visa entitlement fast running out, we had no option but to leave, so we jumped on a plane to Fez in Morocco.  Another city, another country, another continent.