Tetouan gets relatively few overseas tourists, which is a shame because it has one of the prettiest medinas we saw on our travels in Morocco.  It’s also one of the trickiest to negotiate.  The first clue was when the riad we booked emailed to say they would send someone to meet us outside the medina to escort us in.  Left and right, left and right, down winding lanes and dog legs at apparent dead ends, we finally reached an empty lane with a single door.

One of the great pleasures of travel in Morocco is staying in the riads – a type of traditional family home built around an internal courtyard, sometimes covered and sometimes open to the weather – refashioned into boutique hotels.  Always elegant, sometimes opulent.

Our riad in Tetouan had been in the owner’s family since the 1700s and refurbished into a hotel only in the last few years.  It was really beautiful. 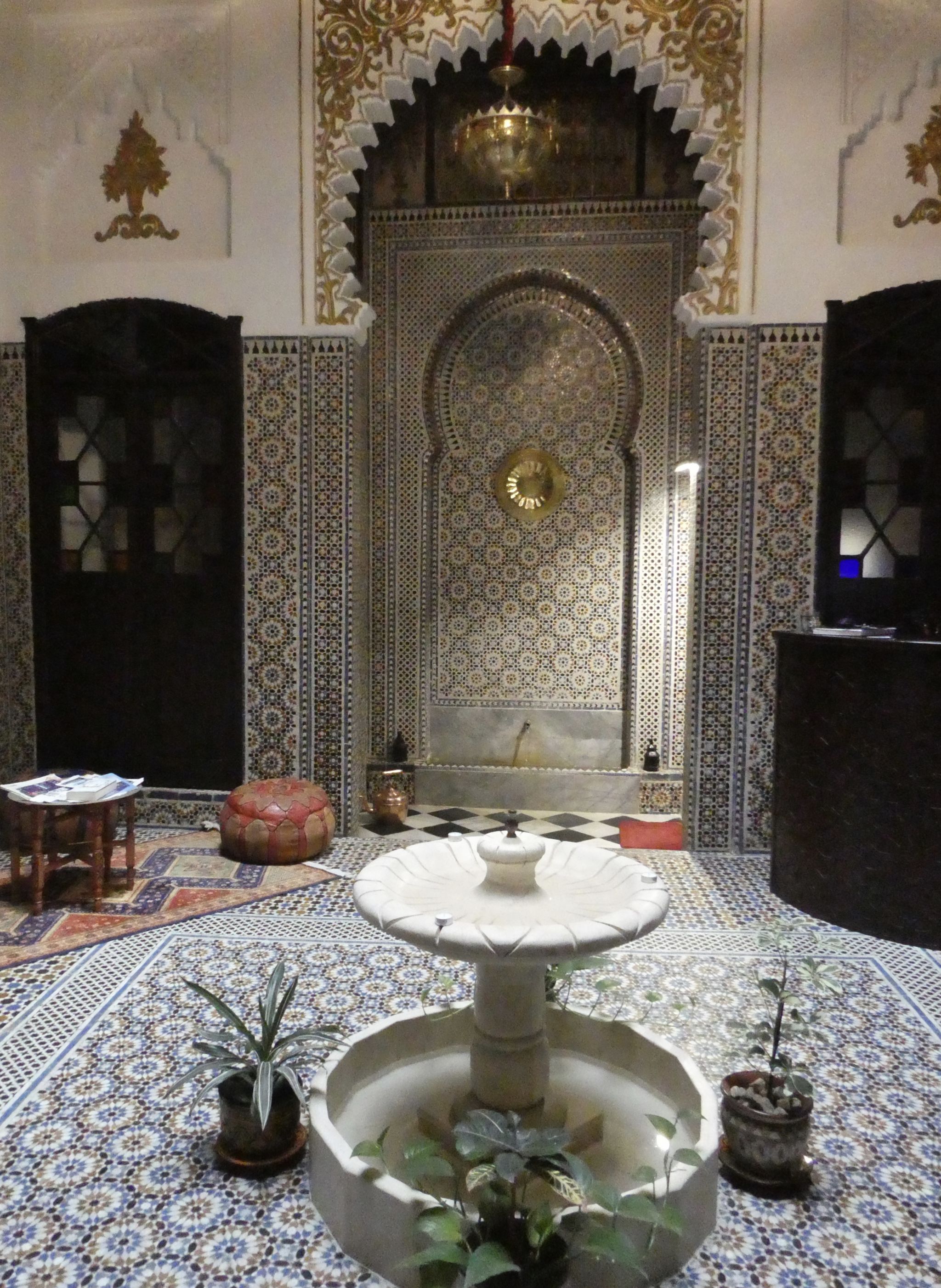 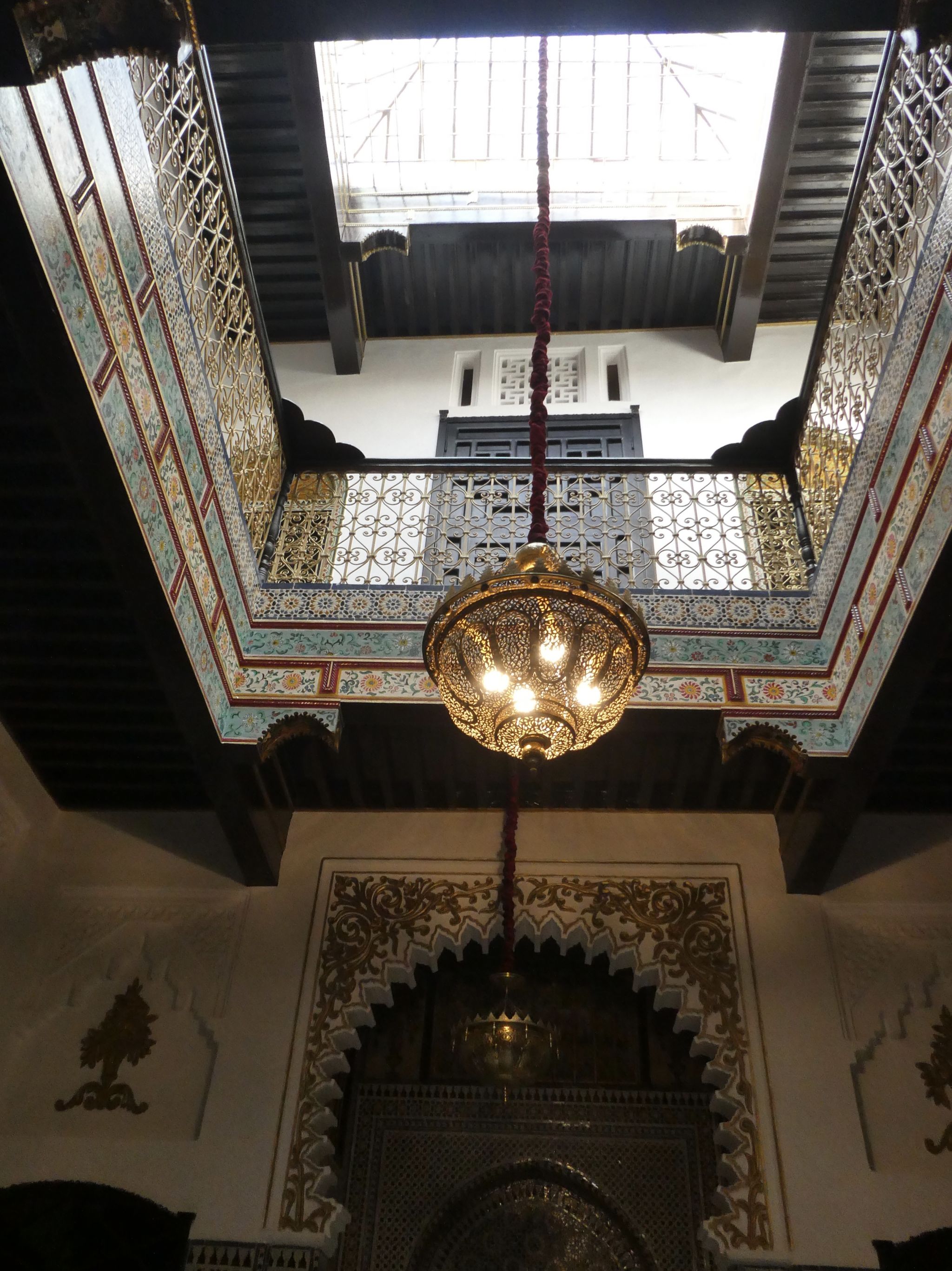 From the rooftop terrace there was a stunning view of Tetouan, spilling down the foothills of the Rif Mountains like an upturned box of sugar cubes. 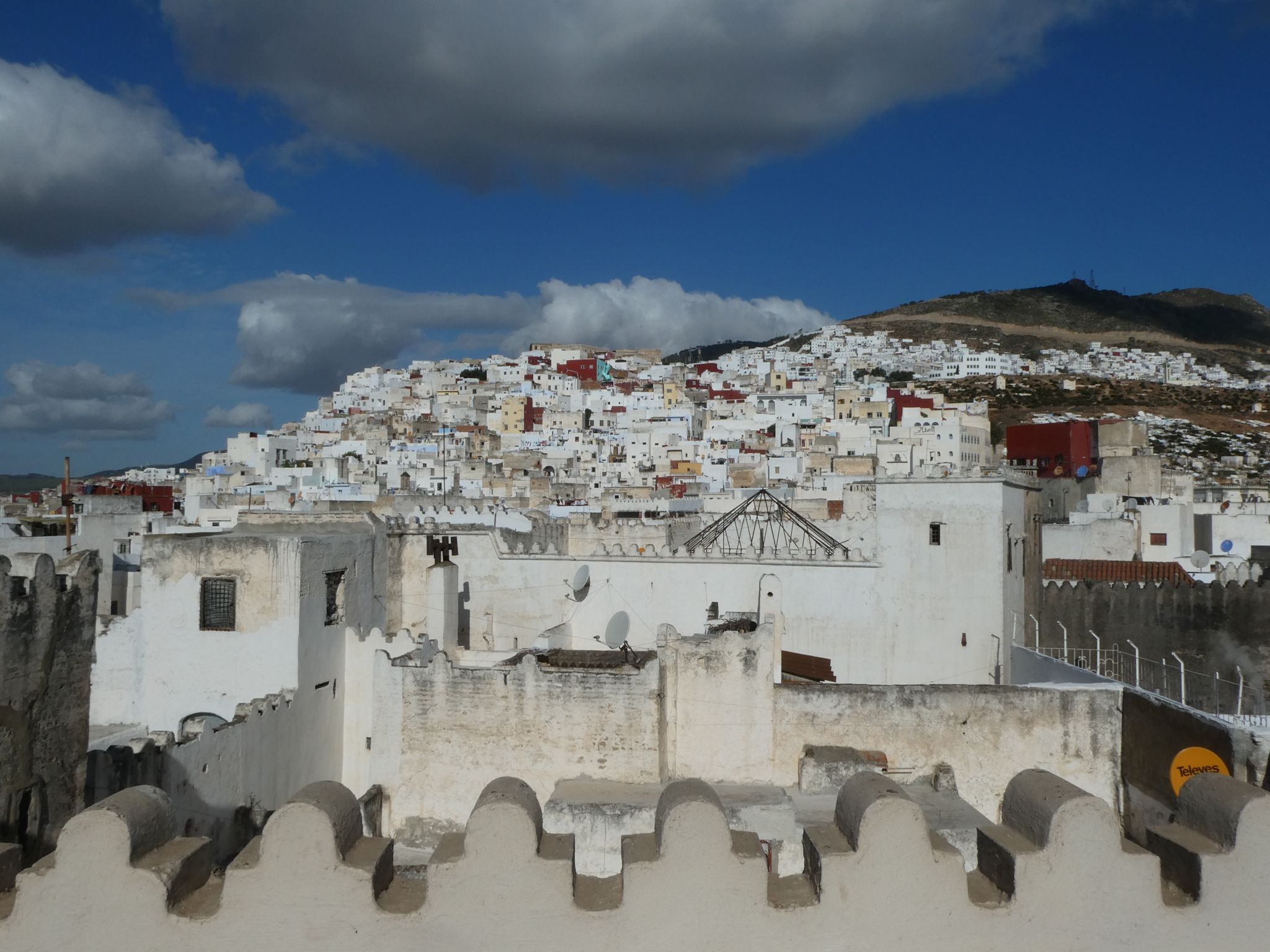 The medina is UNESCO listed and truly looks like it hasn’t changed in centuries.   Ancient bakeries are dotted throughout, pumping out hot breads all day and into the night.  There’s no such thing as stale bread in Tetouan.

There are no significant ‘sights’ as such in the medina, it’s just a fascinating tangle of shops, hole-in-the-wall stalls stacked high with olives, dates, pickles and nuts, small manufacturing businesses and tradesmen. 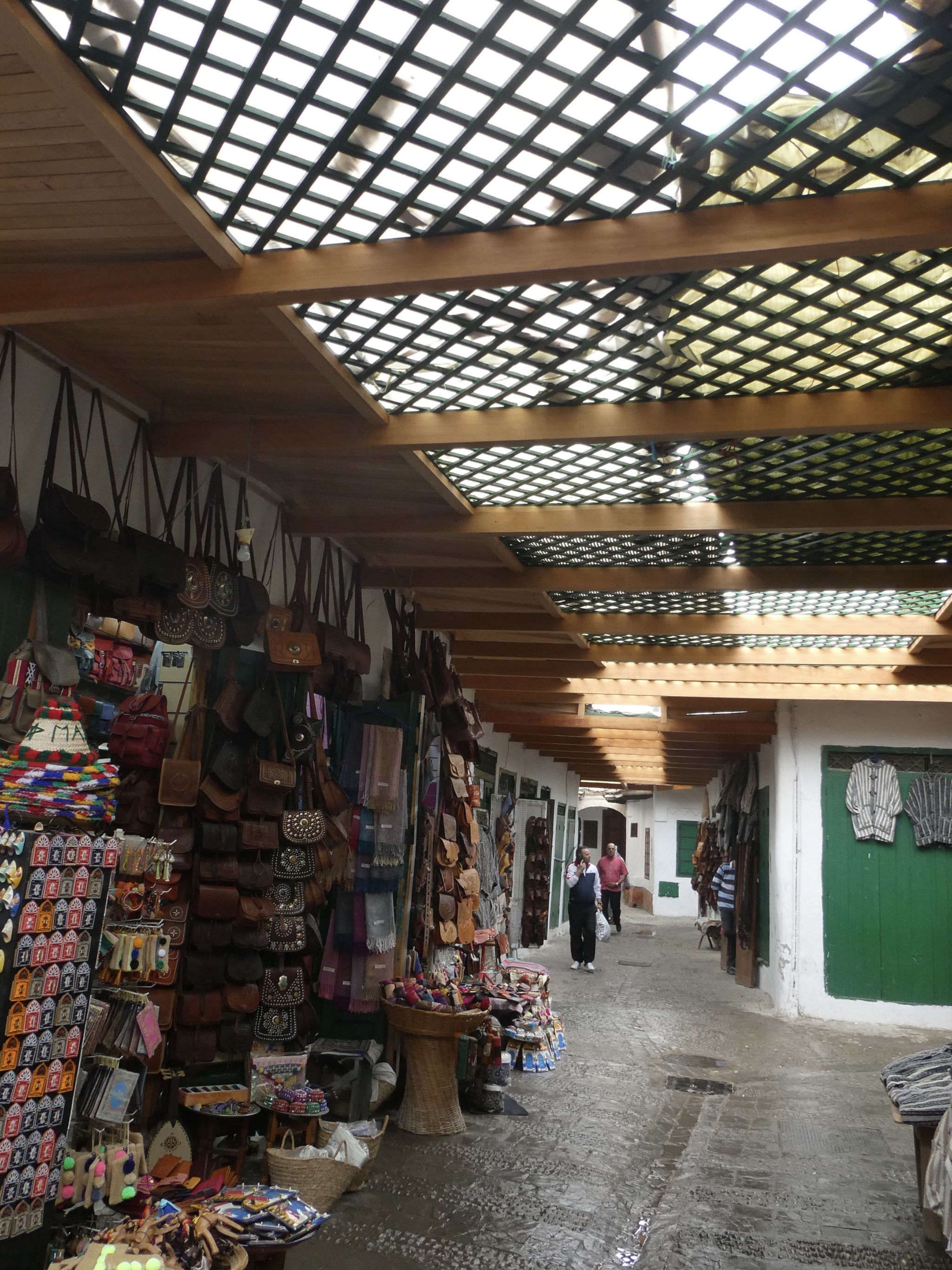 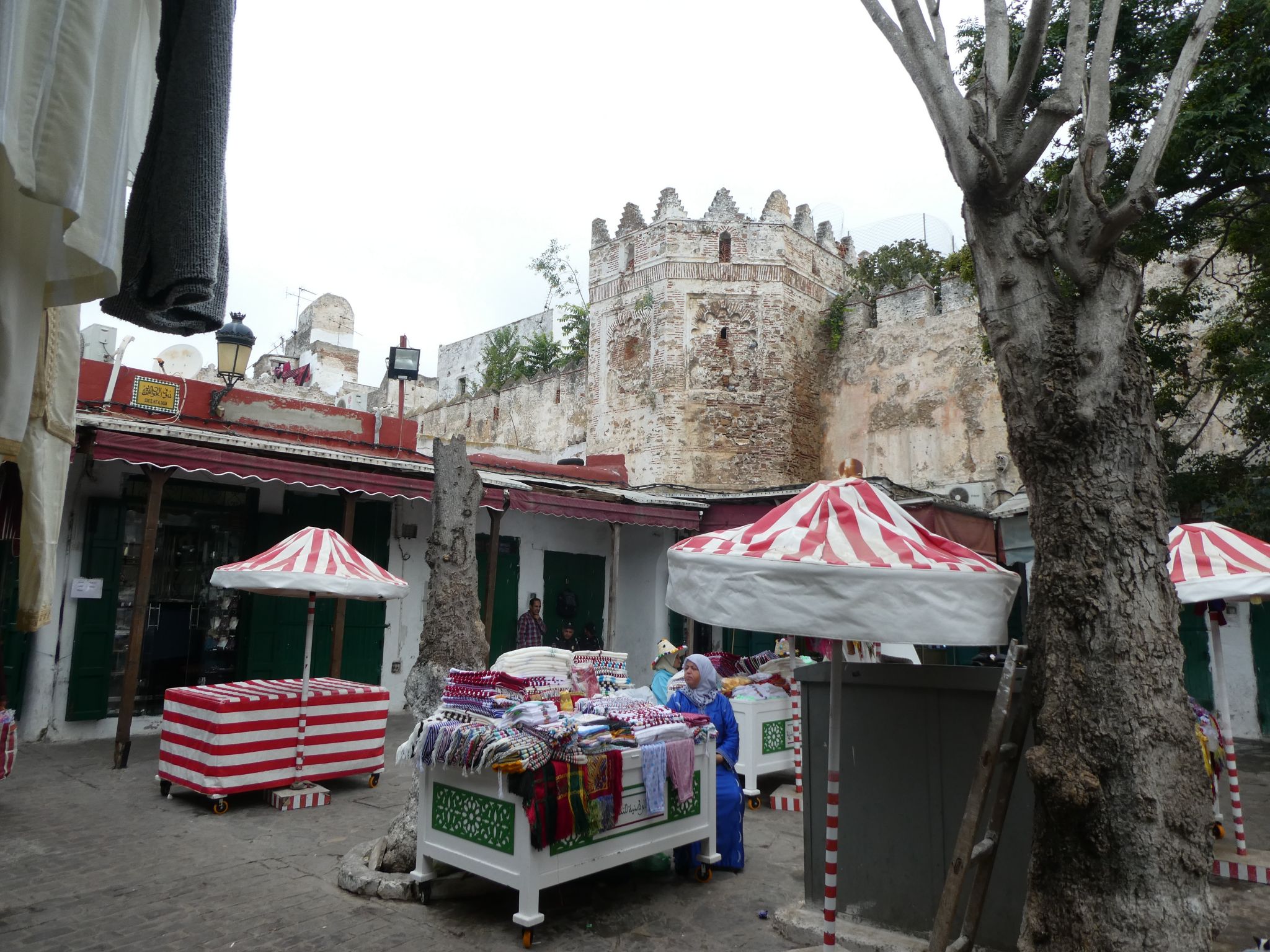 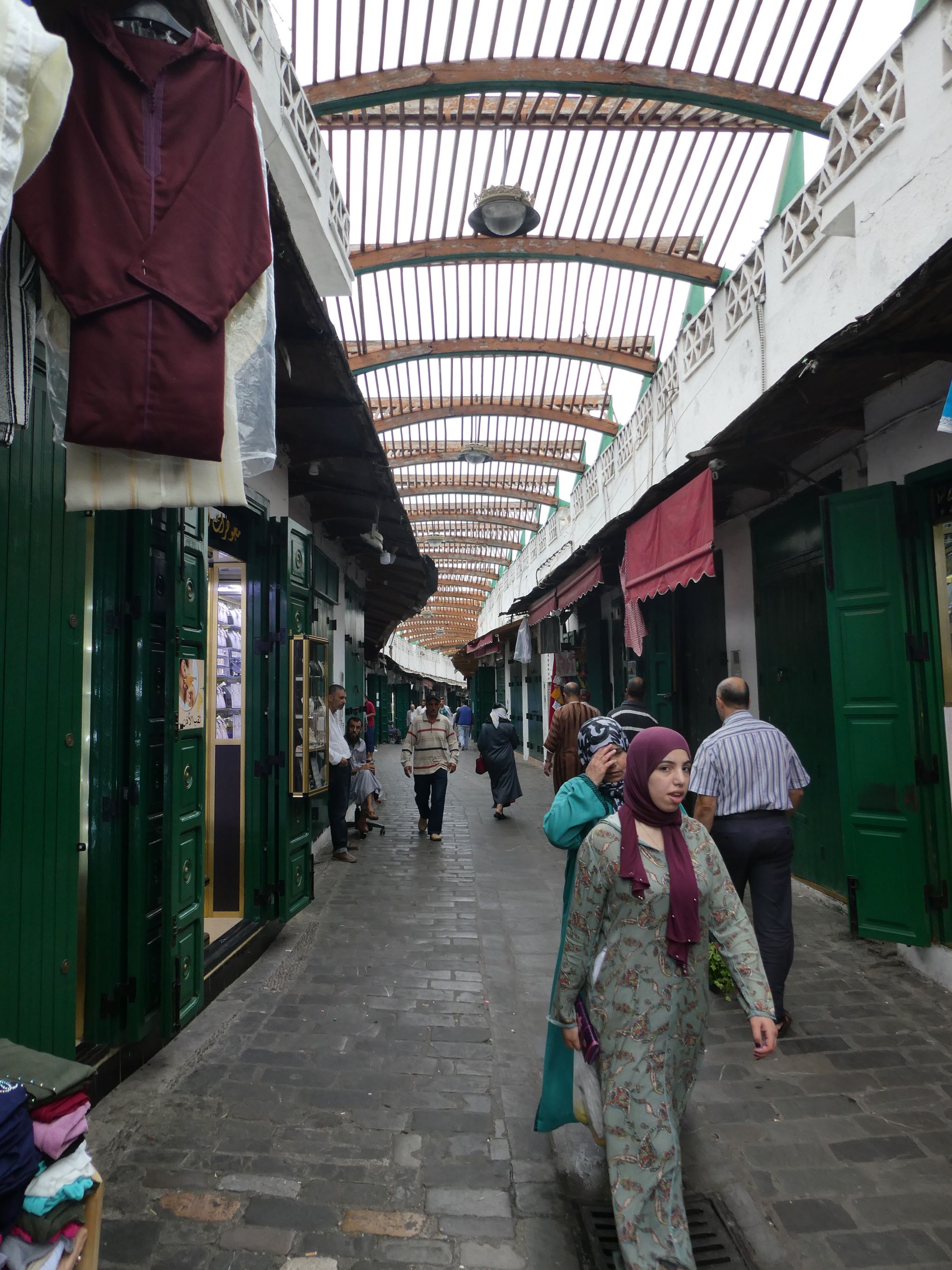 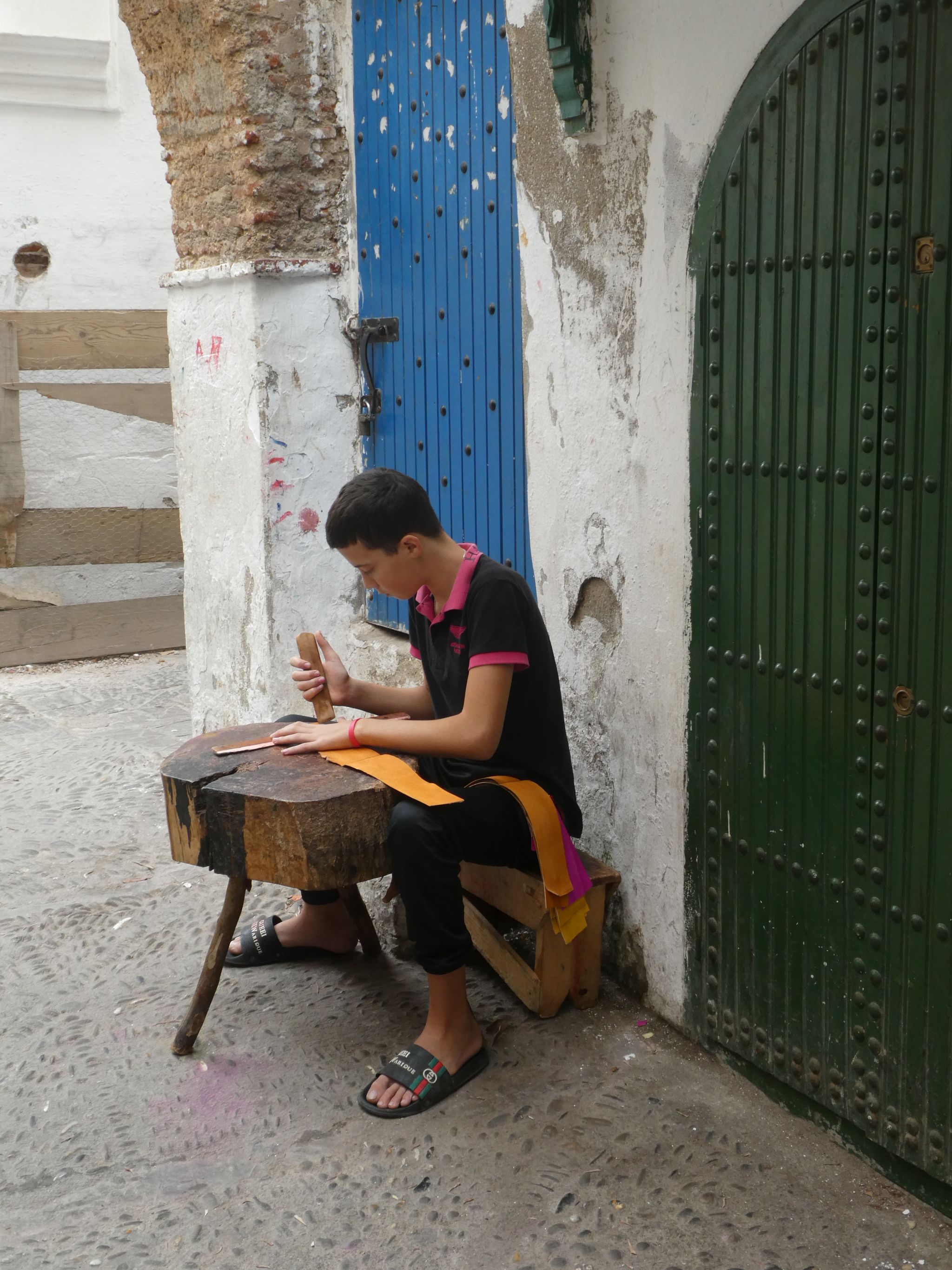 The residential areas of most Moroccan medinas are very plain.  Houses have a door to the street, but few if any windows, and the lanes are high, plain, undecorated walls.  Tetouan is a little different.  Many of the lanes have painted designs, plants or ornamental street lights. 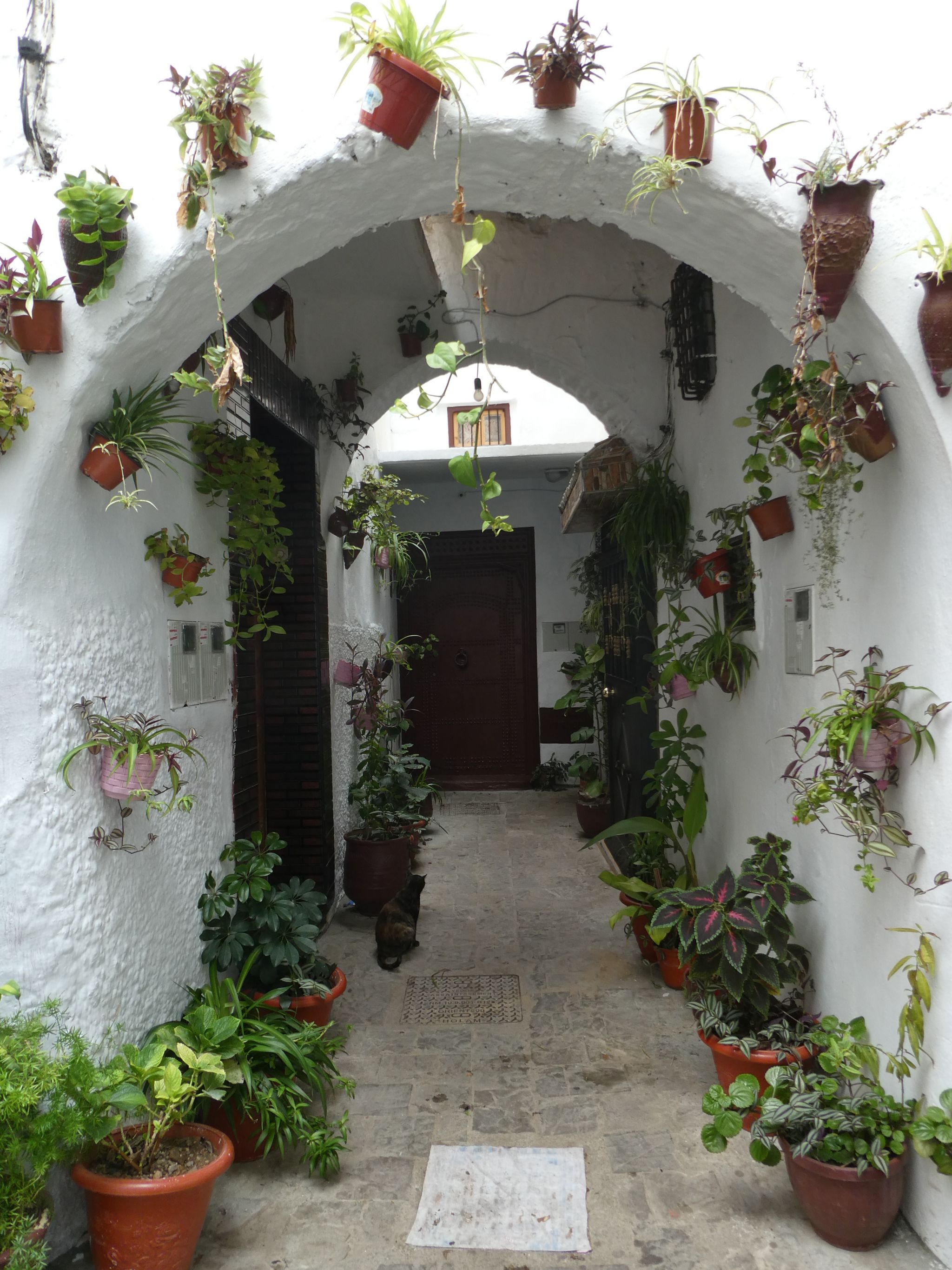 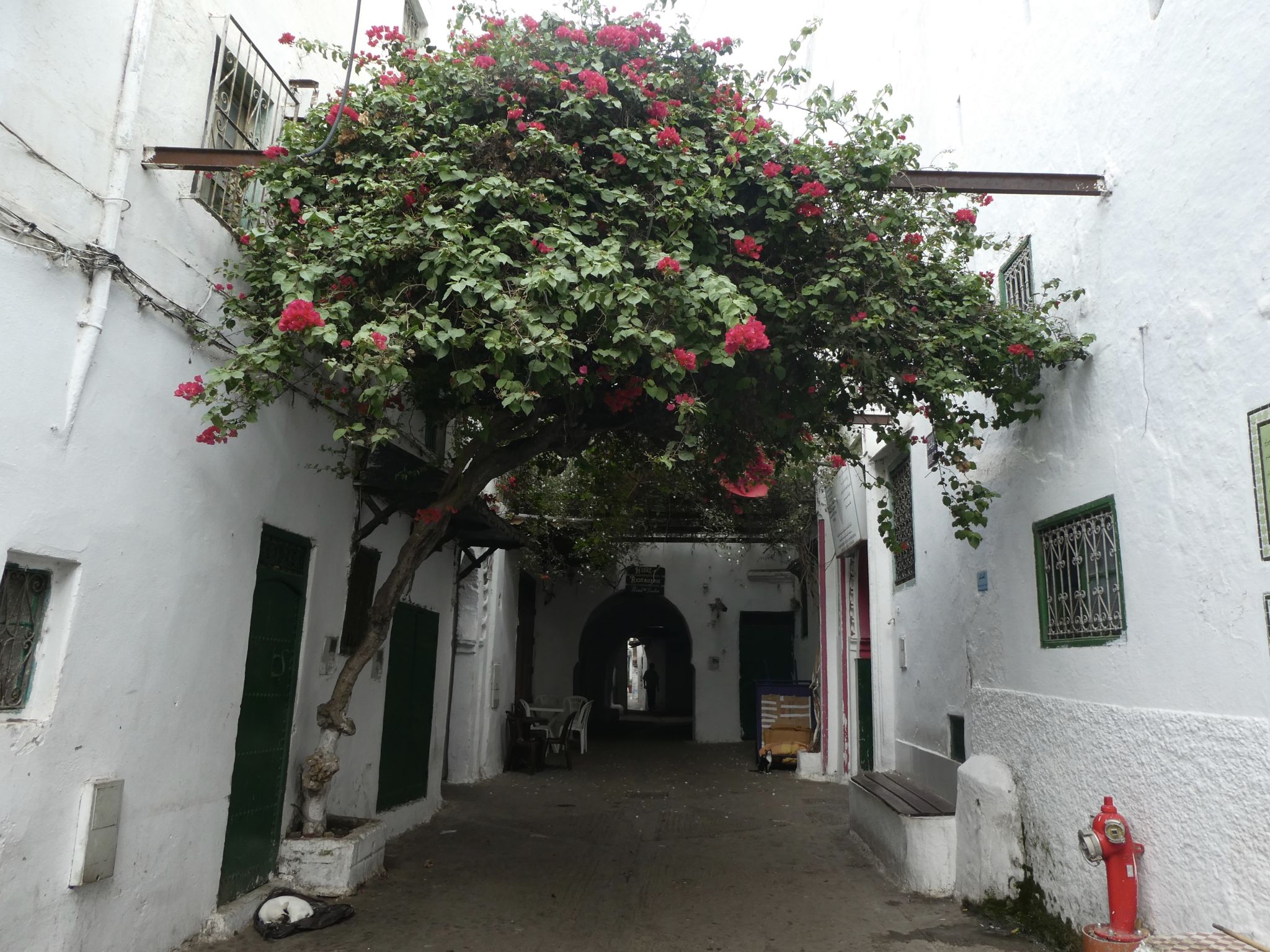 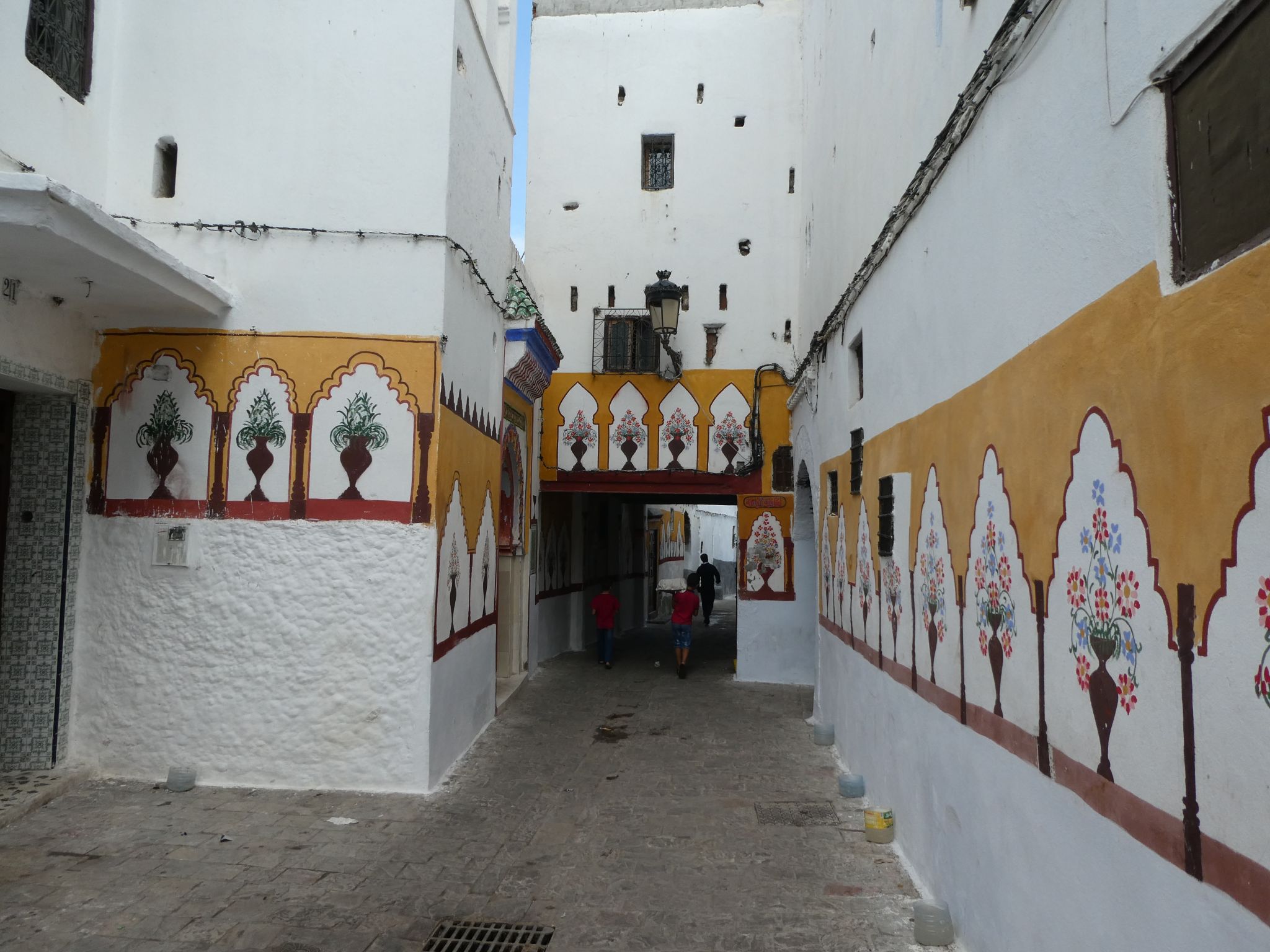 Tetouan is also a convenient place from which to visit Chefchaouen.

We caught a grand taxi from Tetouan to Chefchaouen, a trip of about an hour.  It should be noted that the term ‘grand’ is used merely to distinguish these vehicles from the ‘petite taxis’ which are the small cars ferrying passengers on short trips within towns.  In no way are they ‘grand’ in the sense of ‘opulent’ or even in the sense of ‘large’.  This one was a clapped out sedan designed for one front seat passenger and three back seat passengers, but somehow we both were required to share the front passenger seat while two women and their accompanying children filled the back seat.

On the way, the following exchange occurred.

John: ‘What’s at Chefchaouen?’
Julie: ‘A medina’.
John: ‘We’ve seen a few medinas, what’s special about this one?’
Julie: ‘It’s blue’.
John: ‘And that makes it special because …?’.
Julie: ‘Because none of the others are blue’.

In one of his TV shows, Rick Stein cooked a tagine with a local chef in Chefchaouen.  He loved it because it was blue.  Chefchaouen that is, not the tagine.

Mind you, he also referred to Chefchaouen as ‘undiscovered’.  That was a while ago. Chefchaouen is now very definitely on the tourist map. Maybe because of his show.  Or maybe because it’s blue.

It’s not just the medina which is blue.  There’s a blue mural in the town square, a blue mosque, and even the cemetery is blue. 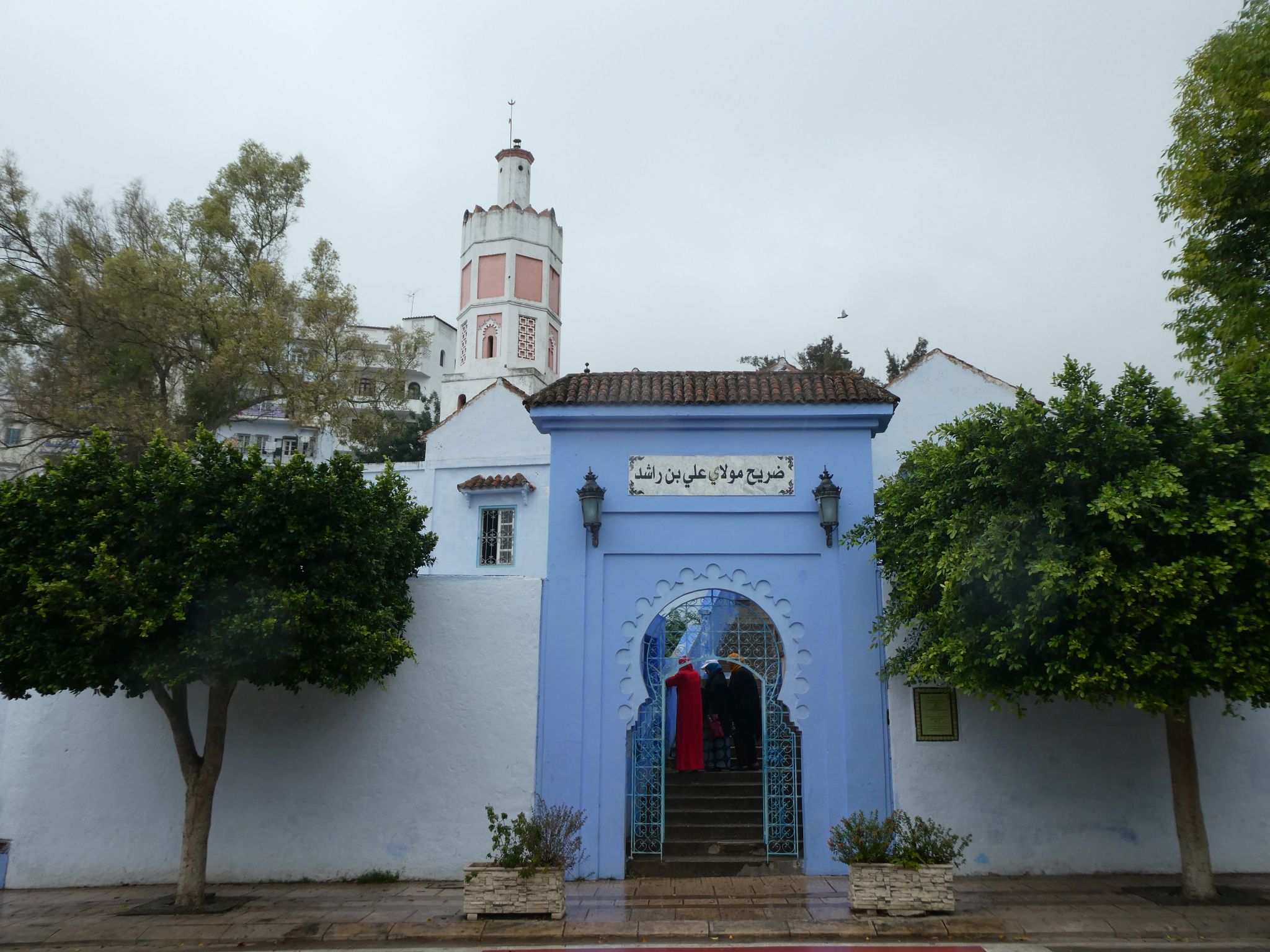 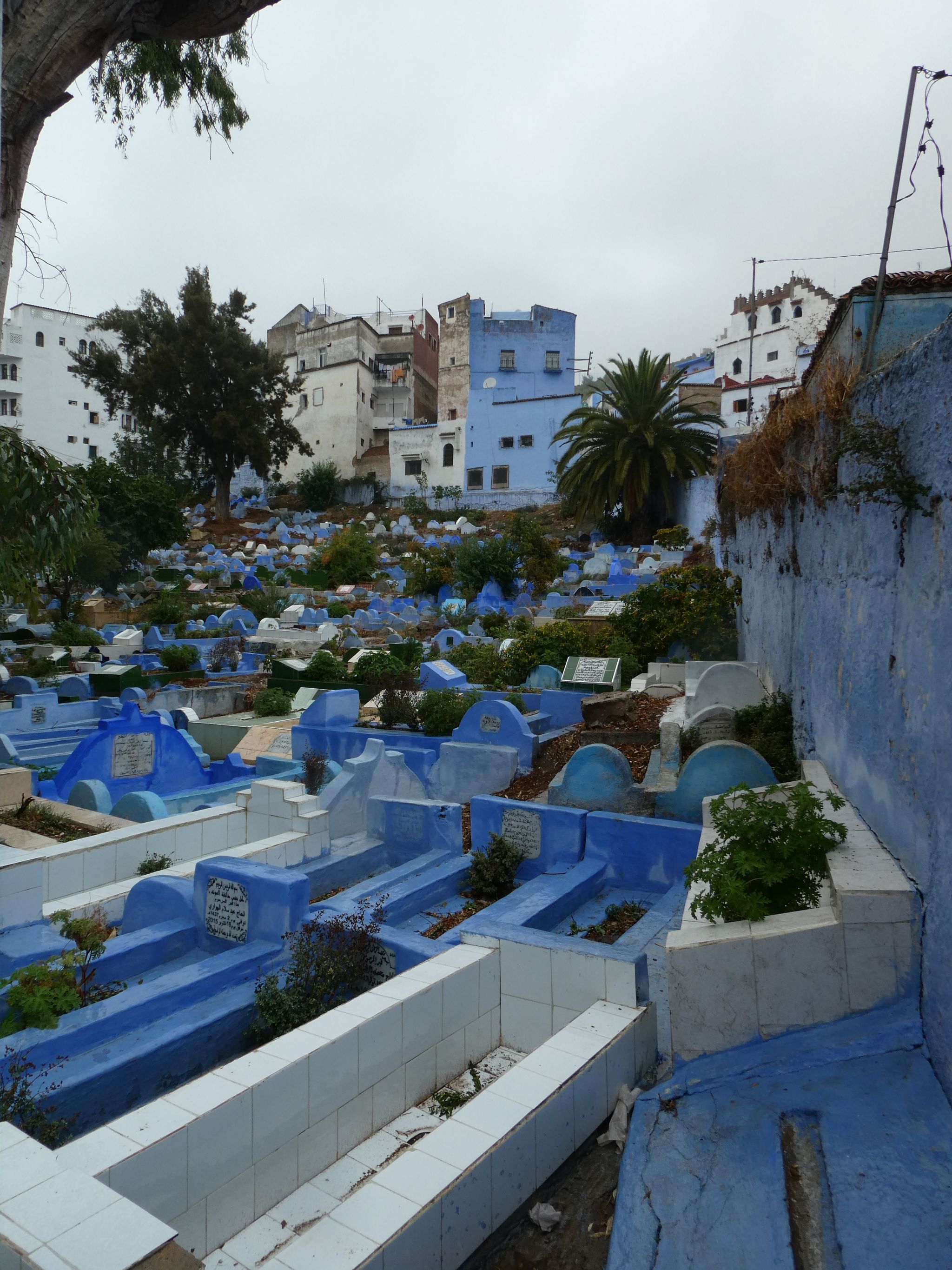 And the medina is indeed very, very blue. 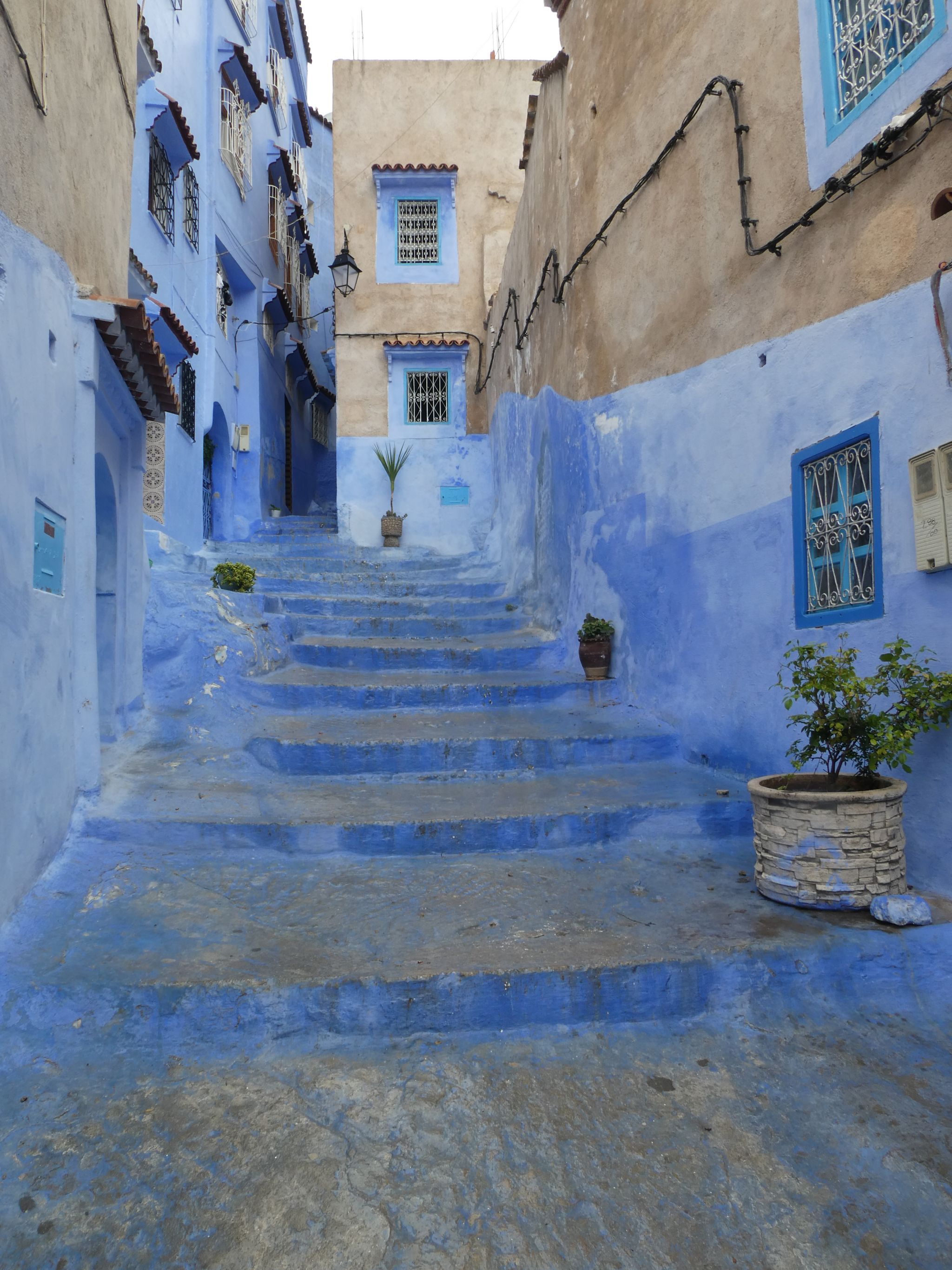 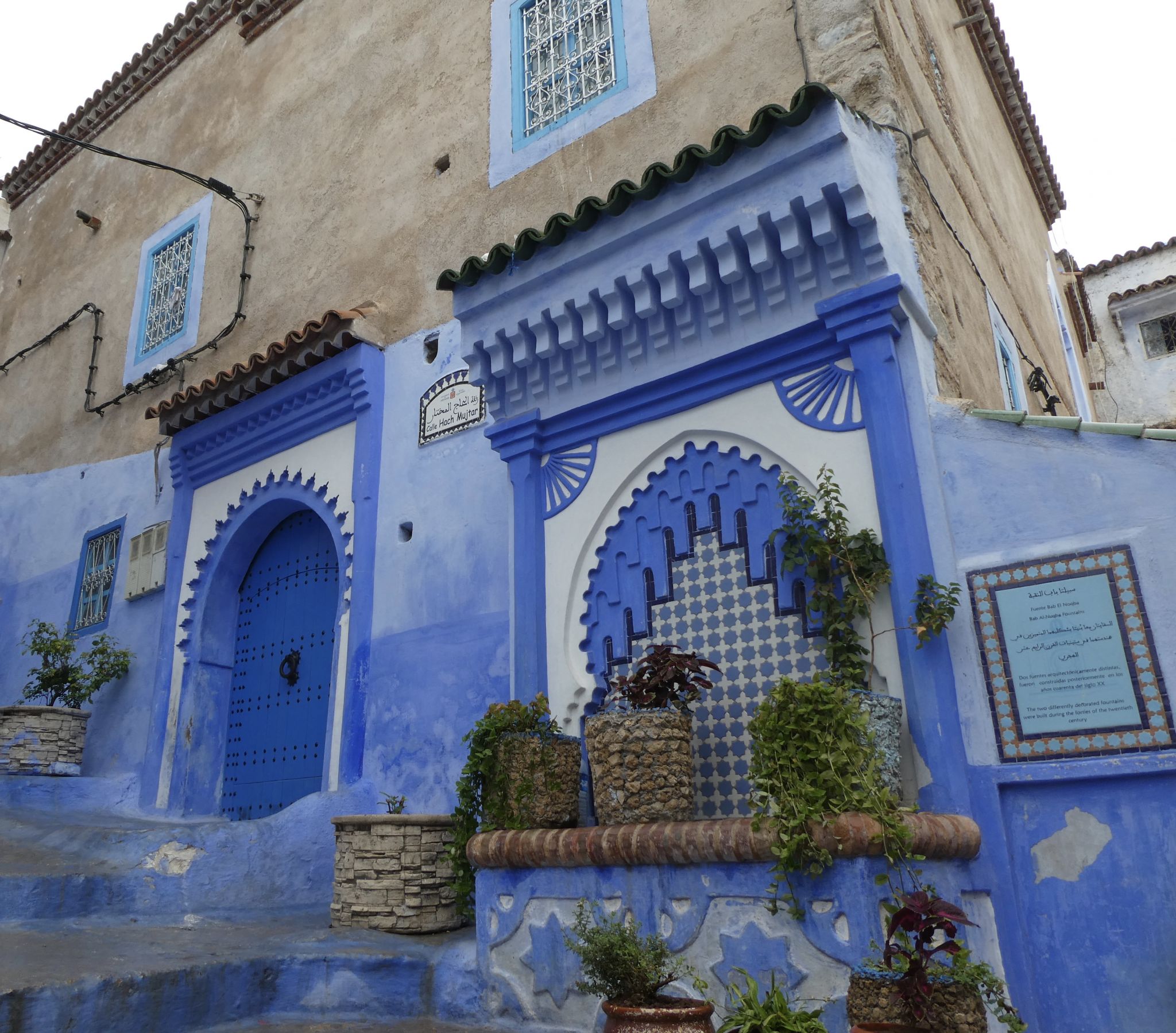 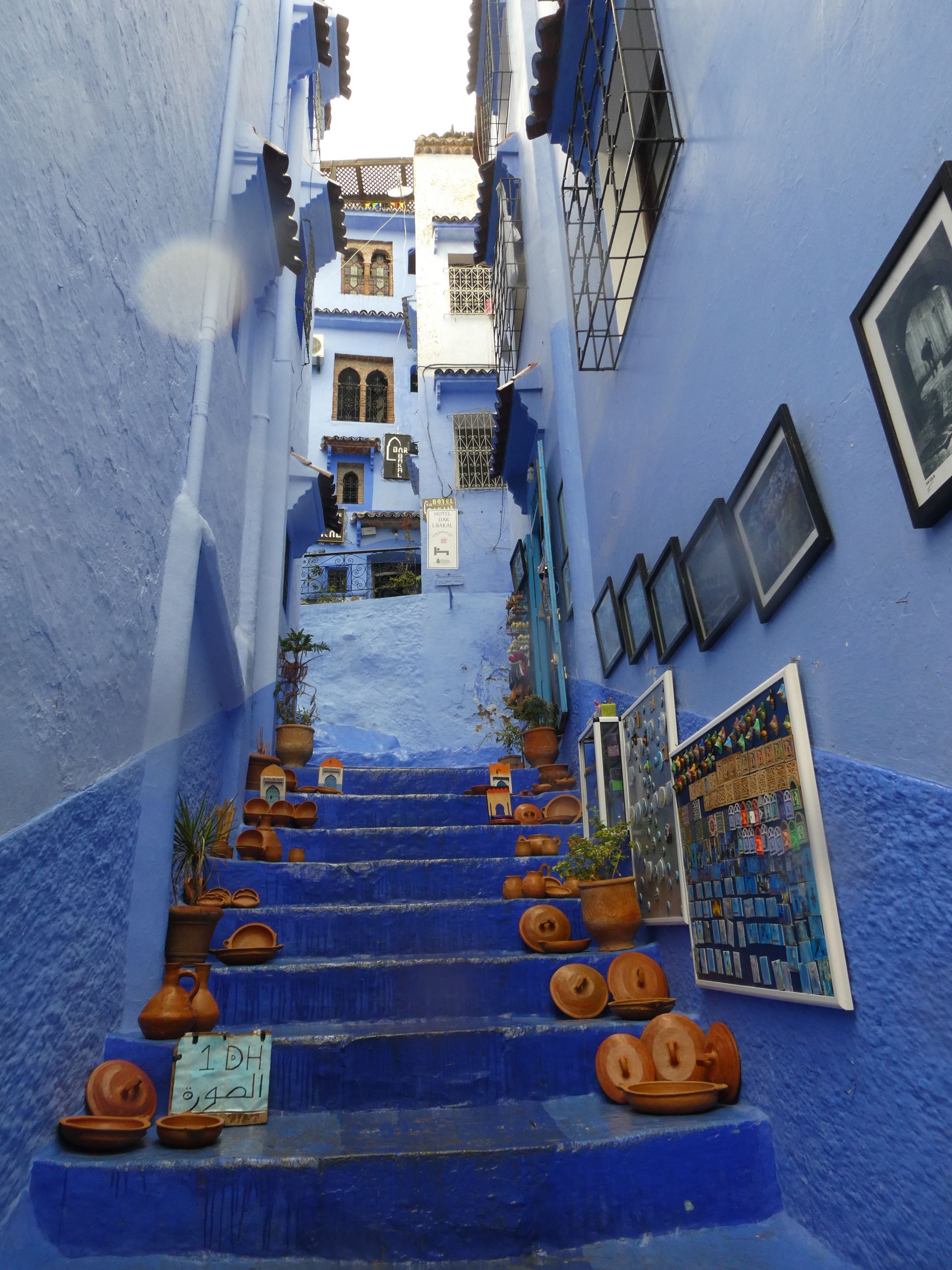 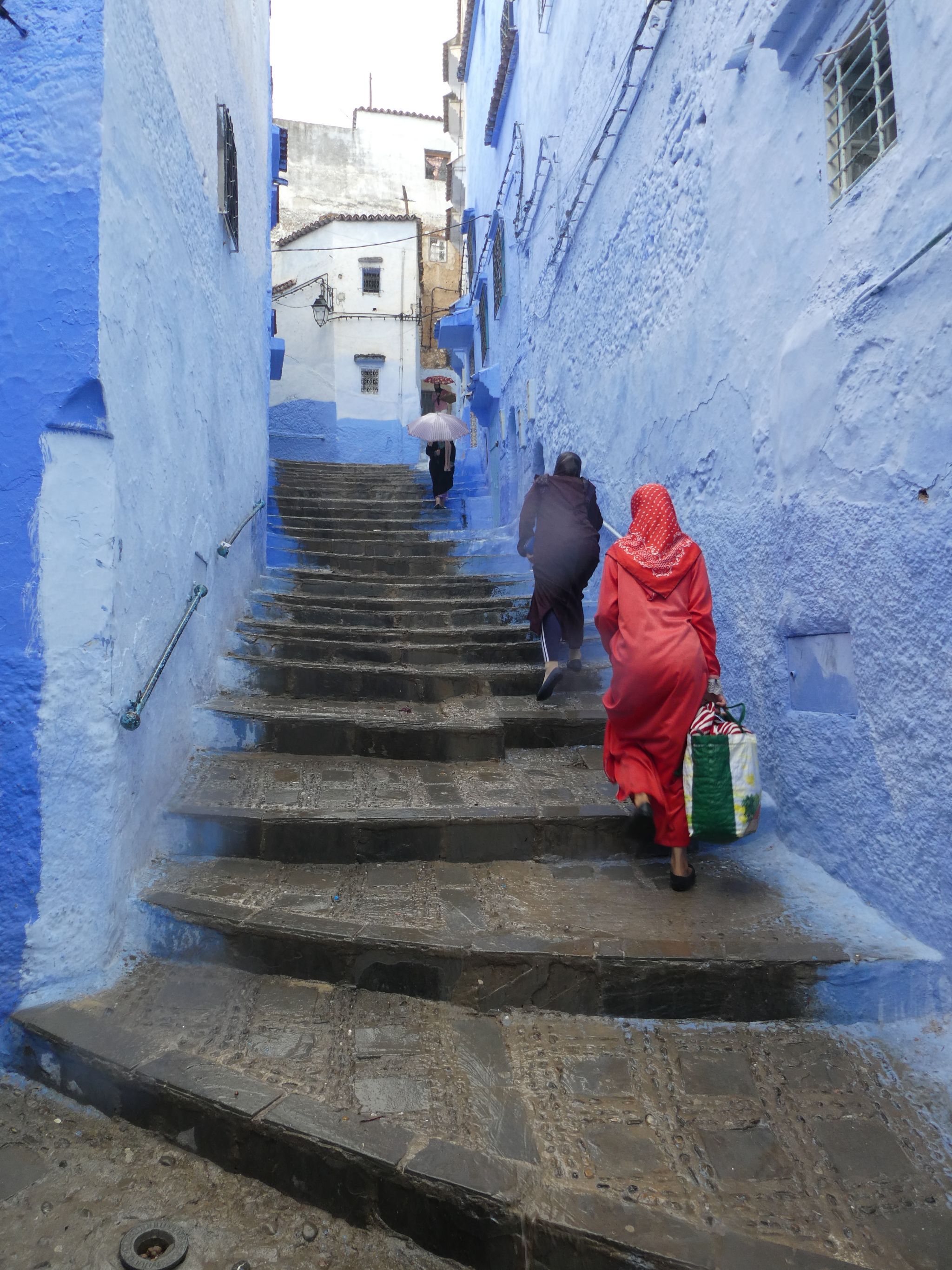 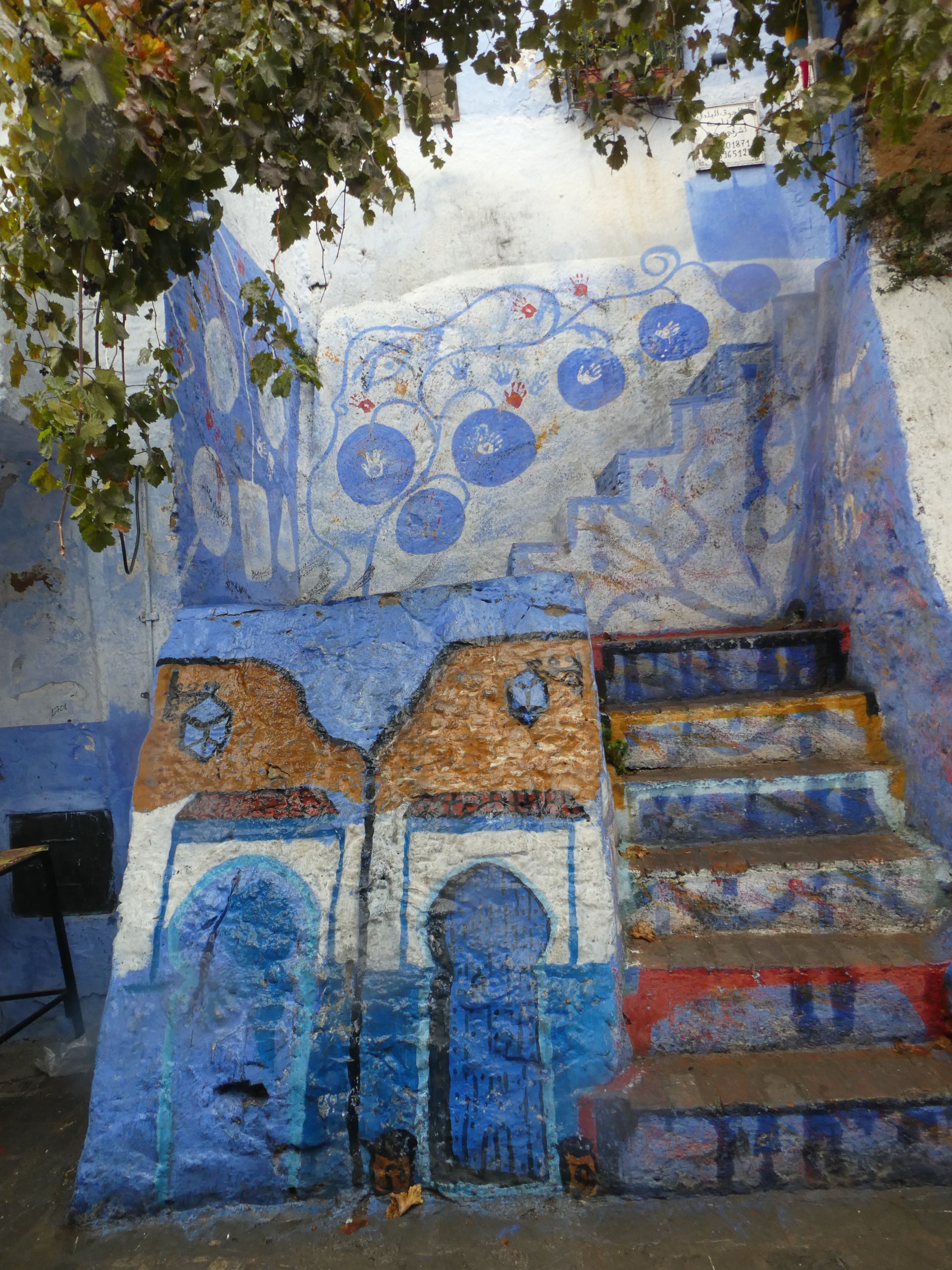 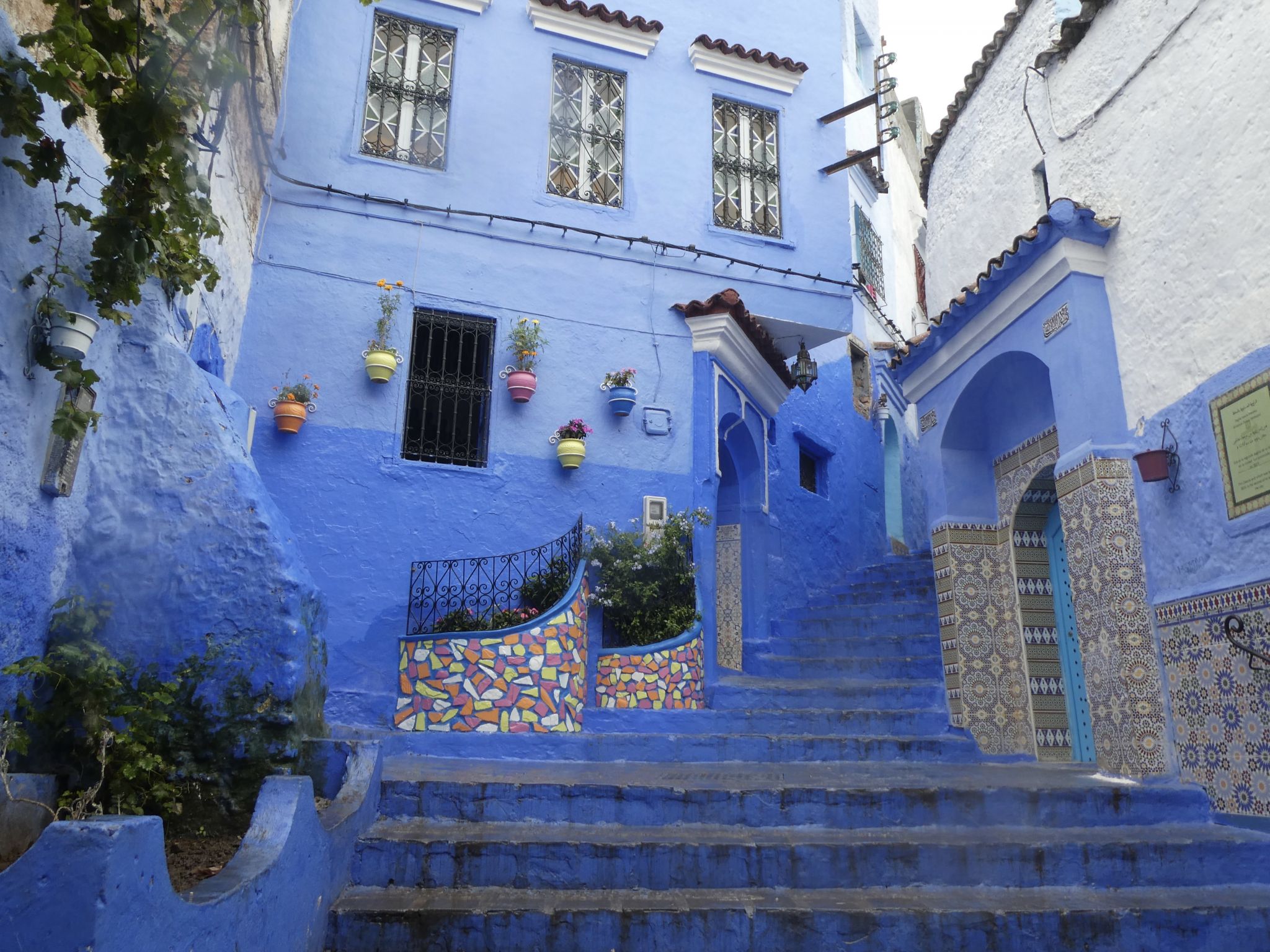