Despite the exoticism which its name conjures up, today’s Casablanca is a thoroughly modern, working city.  Not much of the old or the colonial remains.  But it does have two things other cities in Morocco do not – the world’s tallest minaret and the nostalgia of a 75 year old movie which planted those exotic visions in the minds of westerners in the first place.

Casablanca’s Hassan II Mosque isn’t the biggest mosque in the world.  The two biggest are in Mecca and Medina in Saudi Arabia, which can accommodate a mind-blowing 4 million and 1 million worshippers respectively.

At least five of these are also bigger in square area than Casablaca’s Mosque, so exactly why Lonely Planet says it is commonly believed to be the third largest mosque in the world is unclear.  But it does have the world’s tallest minaret.  210 metres to be precise.

The mosque is modern, completed in 1993 to commemorate the 60th birthday of King Hassan II.  Partially paid for by the King, the remainder was funded by a public ‘subscription’ system to which the good citizens of Morocco were no doubt eager to contribute to show their love for the monarch regardless of their own, rather different, financial circumstances.

It took more than 6,000 master craftsmen and just over six years to complete. 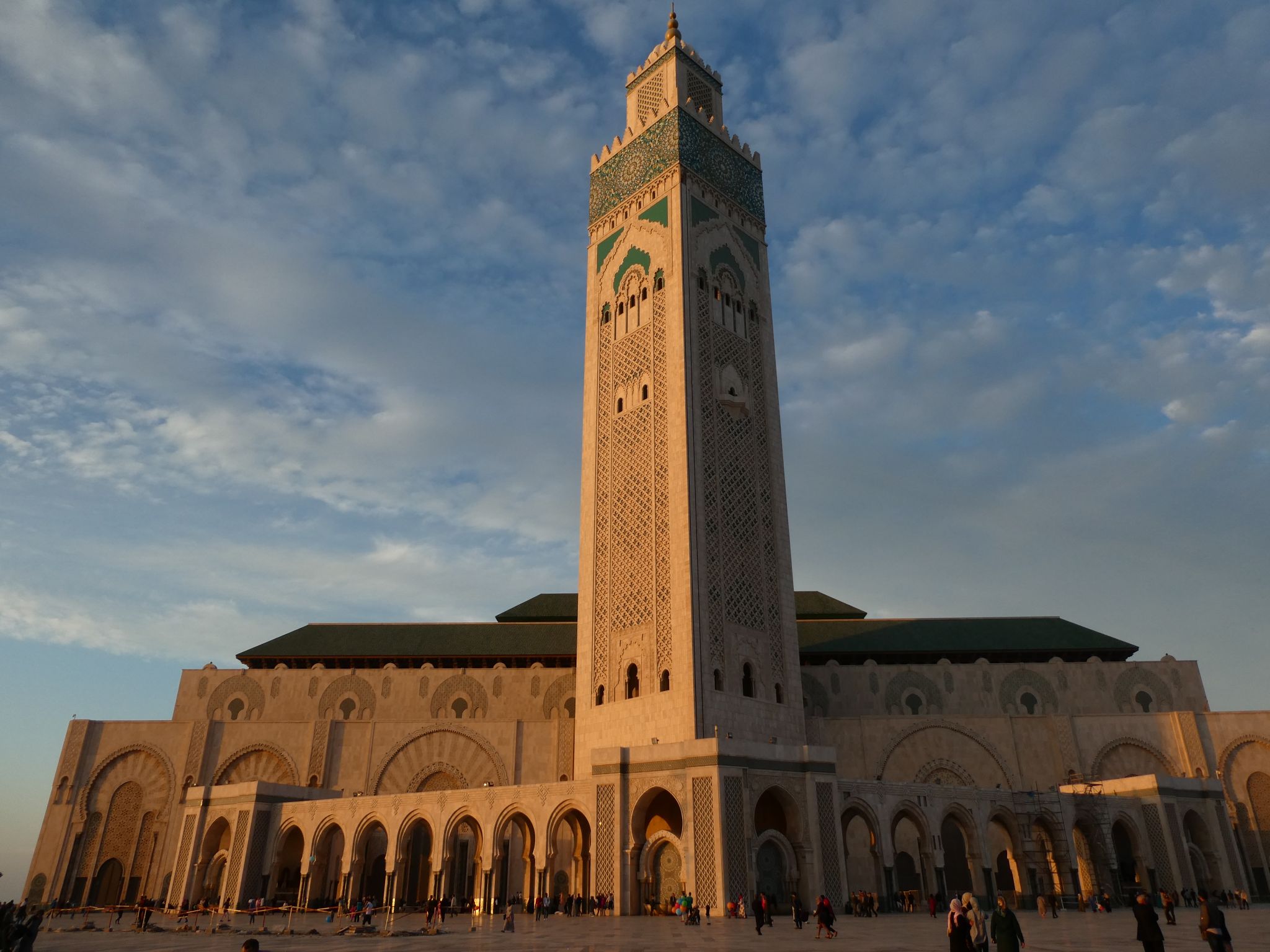 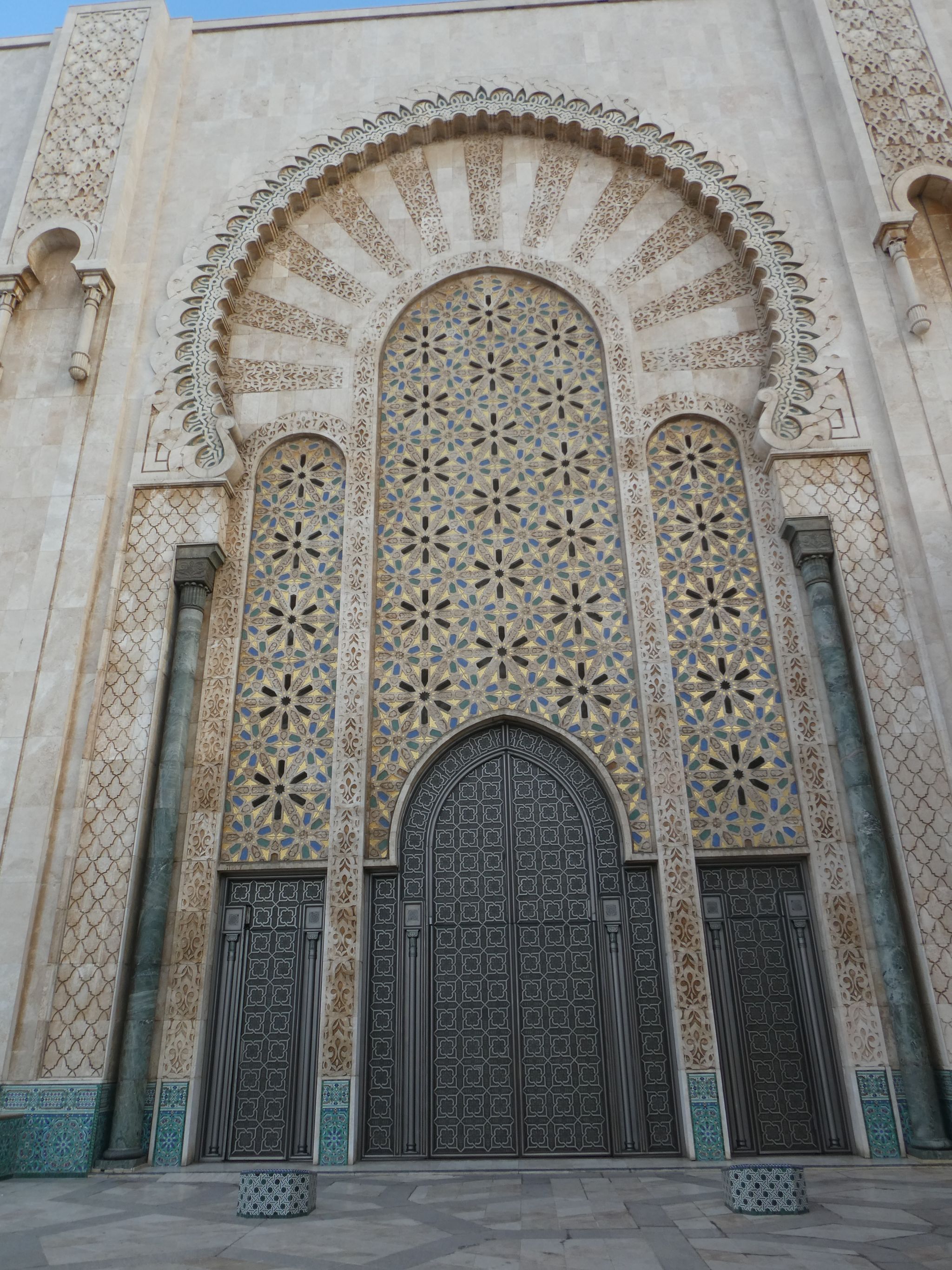 Most mosques in Morocco do not admit non-Muslims.  We were told this is a law of the country, not an Islamic one, dating from the days of the sultanates.  Jews and Christians were welcome in most of Morocco, but in any particular town, each faith group lived in a seperate area and each was forbidden to enter the holy places of the others.

A special concession must exist in respect of Casablanca’s Hassan II Mosque.  Cynics might suggest the reason is a commercial one.  Non-Muslims can enter, but only on a paid tour.  Tours run every hour except during prayer times, with official guides taking several groups based on language.  Cynicism aside, the tour is informative and the building is definitely worth seeing inside. 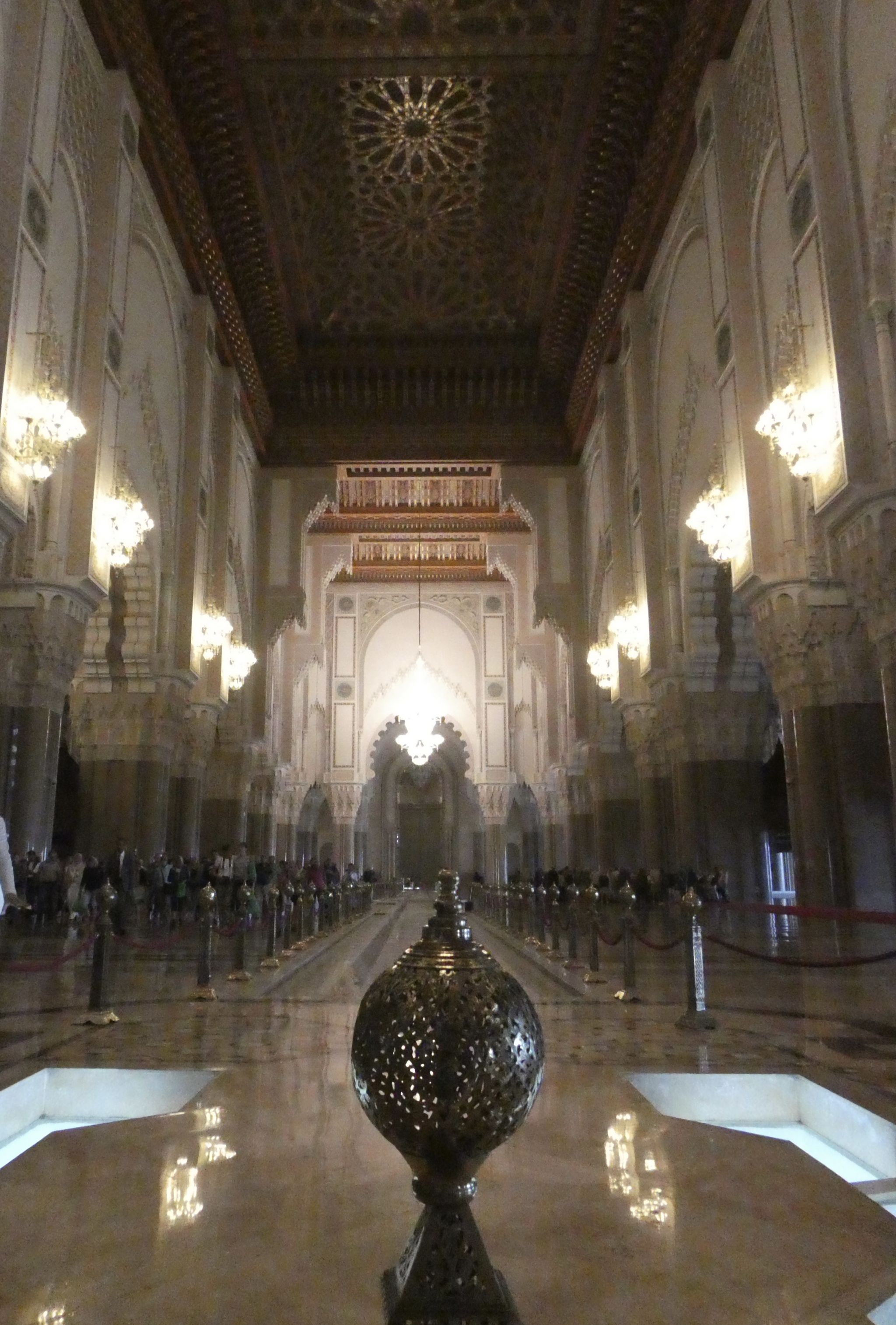 And that movie?  Casablanca, of course.  One of the classics of all time, it was set in Casablanca but filmed entirely in Hollywood, so there are no locations to scout.  But there is a Rick’s Cafe.  It is meticulously styled on the one in the movie, and has appropriate-era live music every night.  The evening finishes, with an inevitable request from patrons, with a rendition of As Time Goes By. 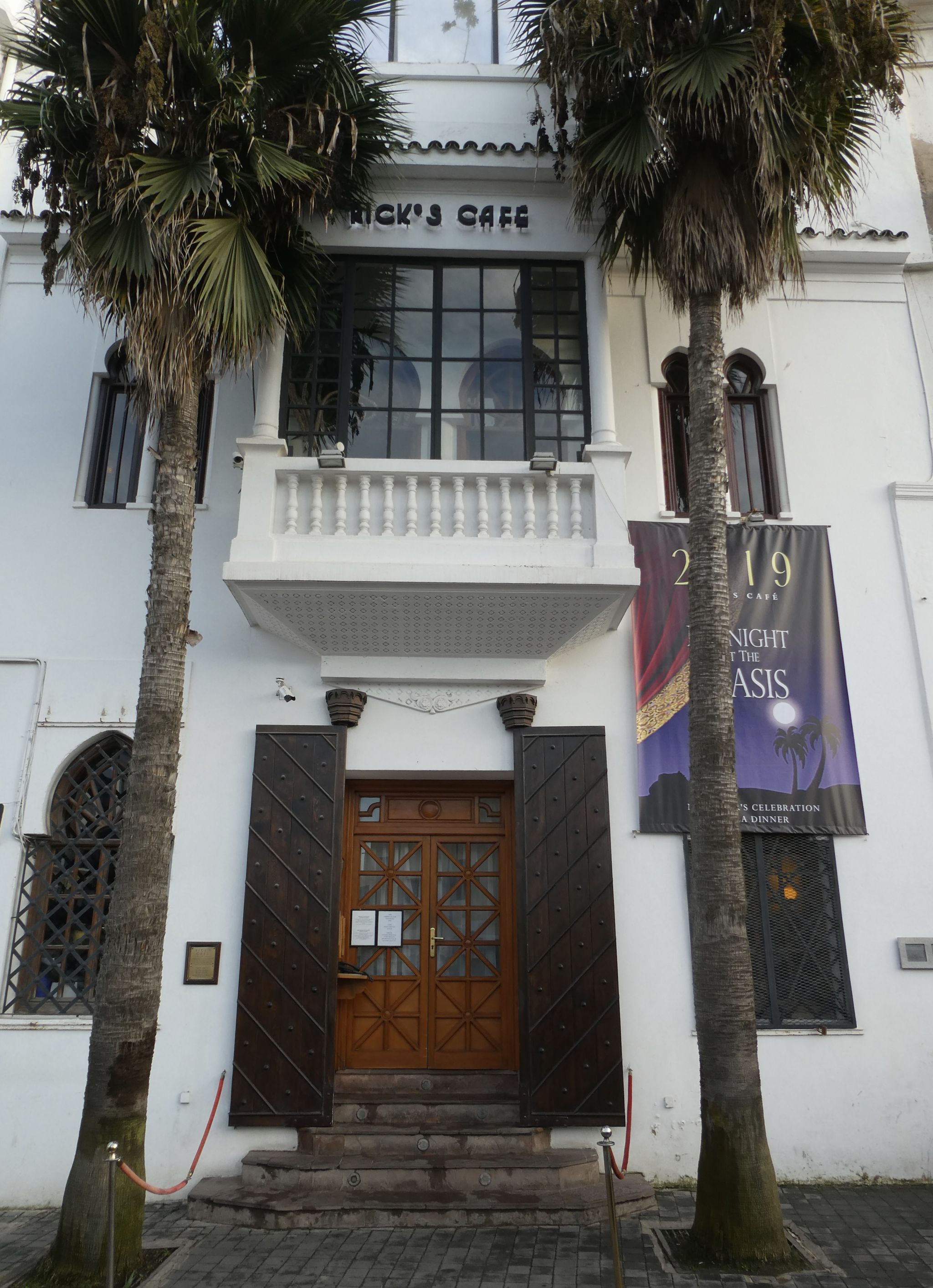 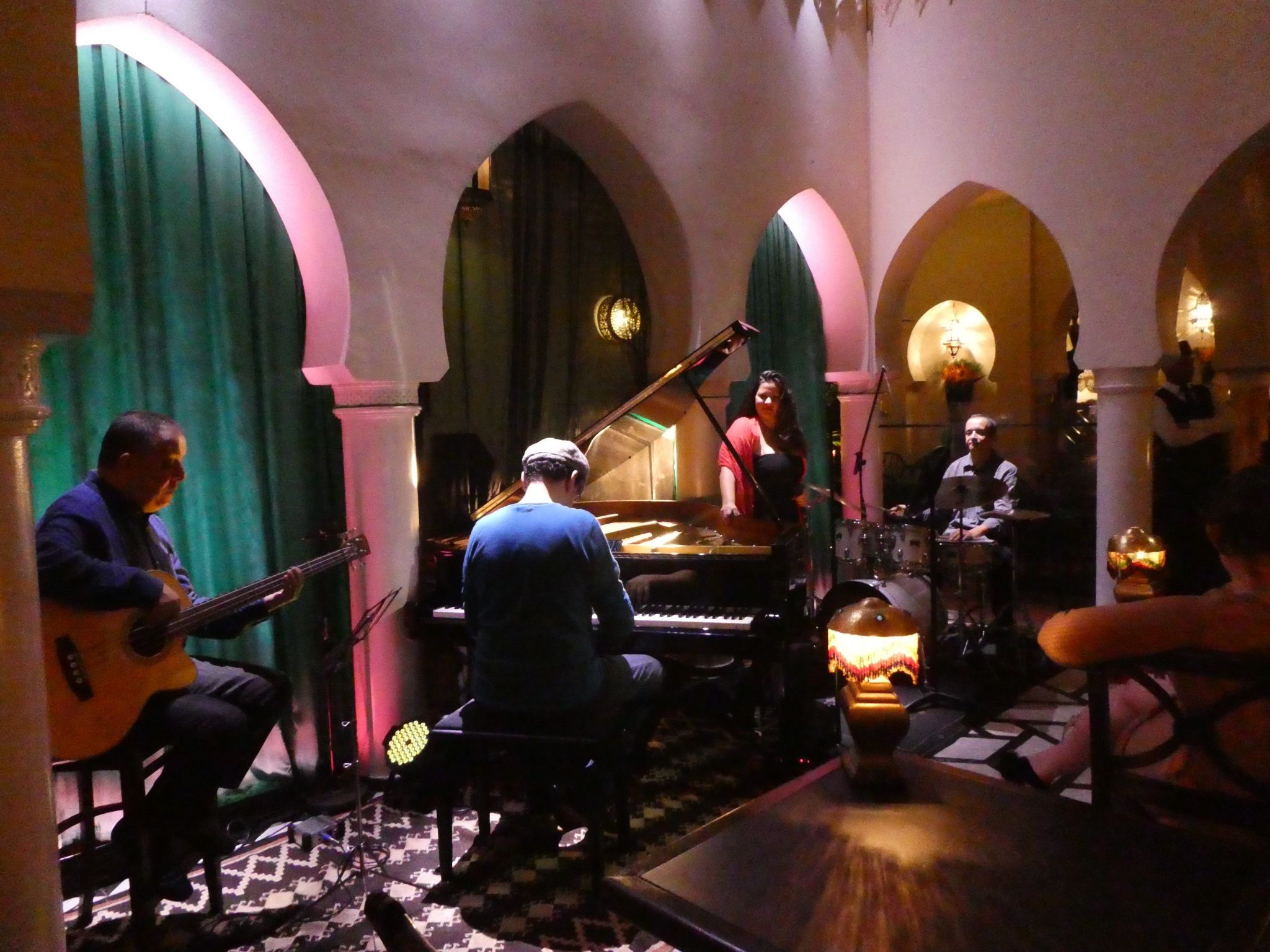 Yes, we know, it’s kitsch.  But it’s fun, and was a nice way to finish our Moroccan journey.