Everywhere we went in Morocco, there were cats.  Lots of cats.  Stray cats and pet cats.  Shy cats and bold ones.  Many were happy to have a chat. 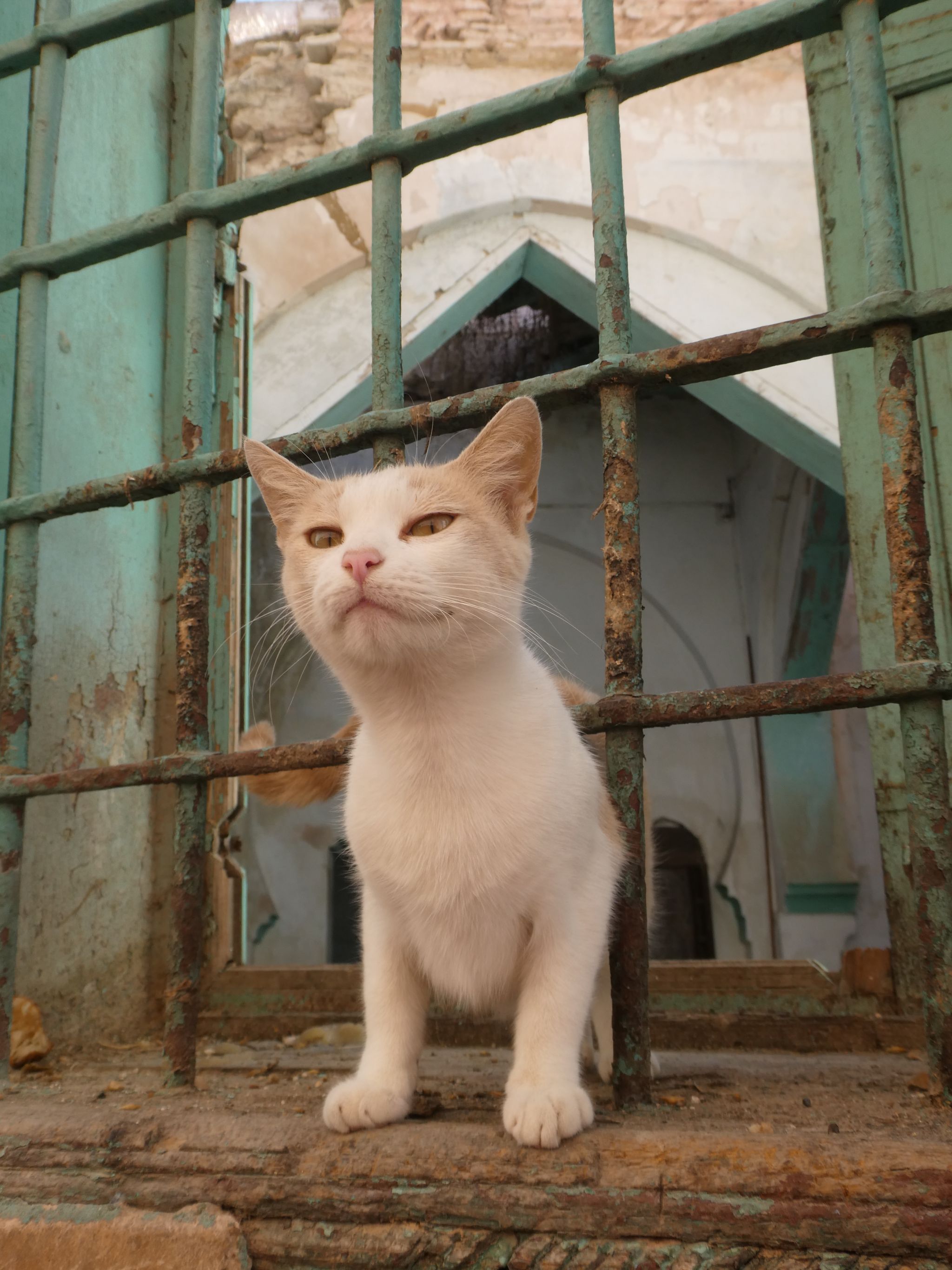 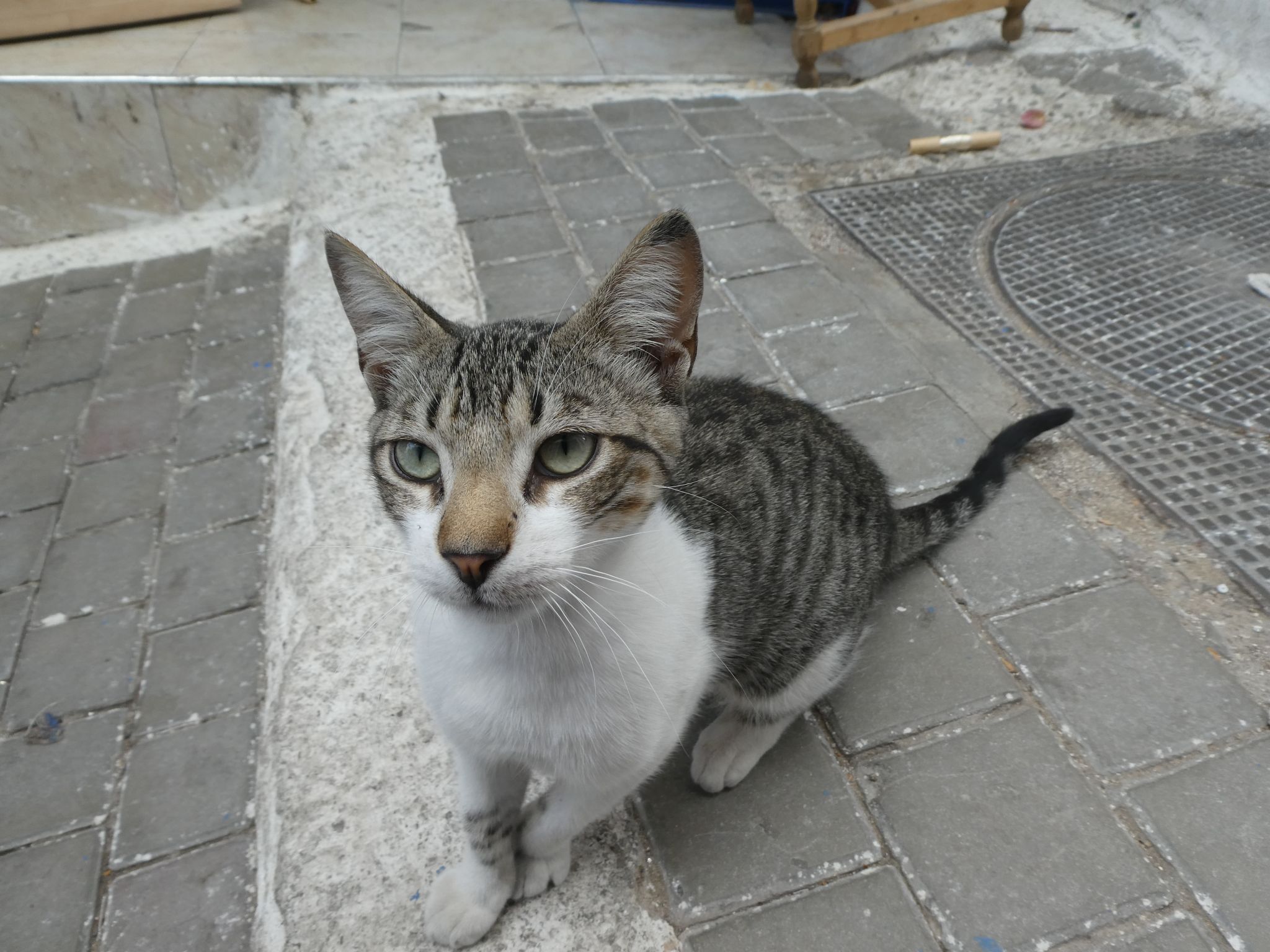 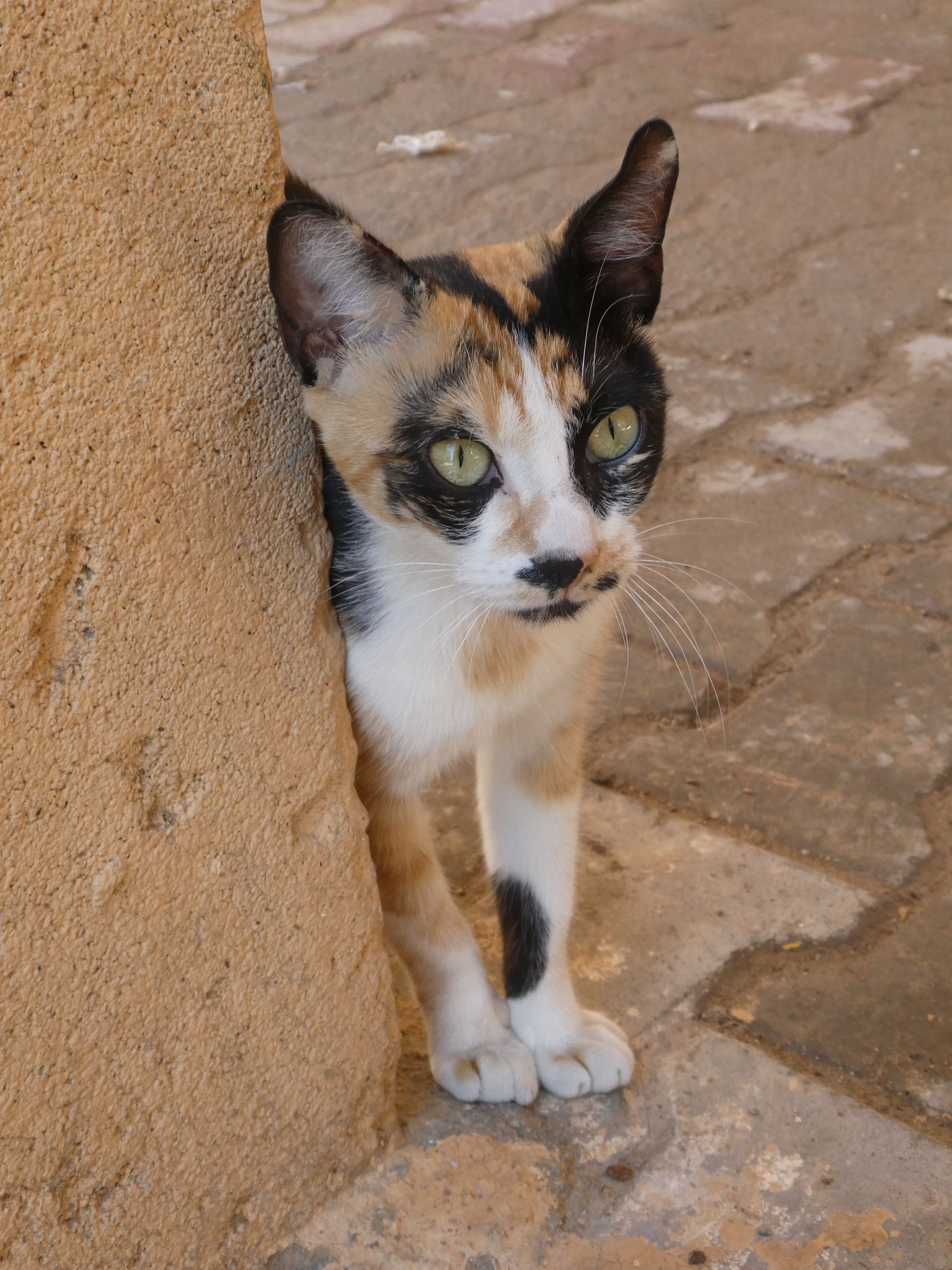 Why so many cats?

The Prophet Mohammed was known to be quite keen on cats.   He owned several, and there is a story that one day he woke for prayers and found his favourite cat, Muezza, sleeping on the sleeve of his robe.  Rather than wake her, he cut off part of the sleeve so he could take the robe without disturbing her.

Regardless of whether this story is true, Muslim teachings certainly reflect a special status for cats.  Cats are considered ritually clean, unlike dogs, and therefore are permitted in homes and mosques.  Food sampled by cats is considered halal.  Touching a cat does not render a person unclean, whereas if a person touches a dog, they would be considered unclean and should wash and change their clothes before attending prayers.

One Hadith (a teaching or saying of the Prophet), states “Affection for cats is part of faith”.

Whether motivated by religious teaching or not, it is undeniable that Moroccans for the most part love cats.  Cats are everywhere and you rarely see anyone shoo-ing them away.  On the contrary, little plates of food and water dot the medinas for the stray cats.

The markets are full of cats, and they look just like human customers. 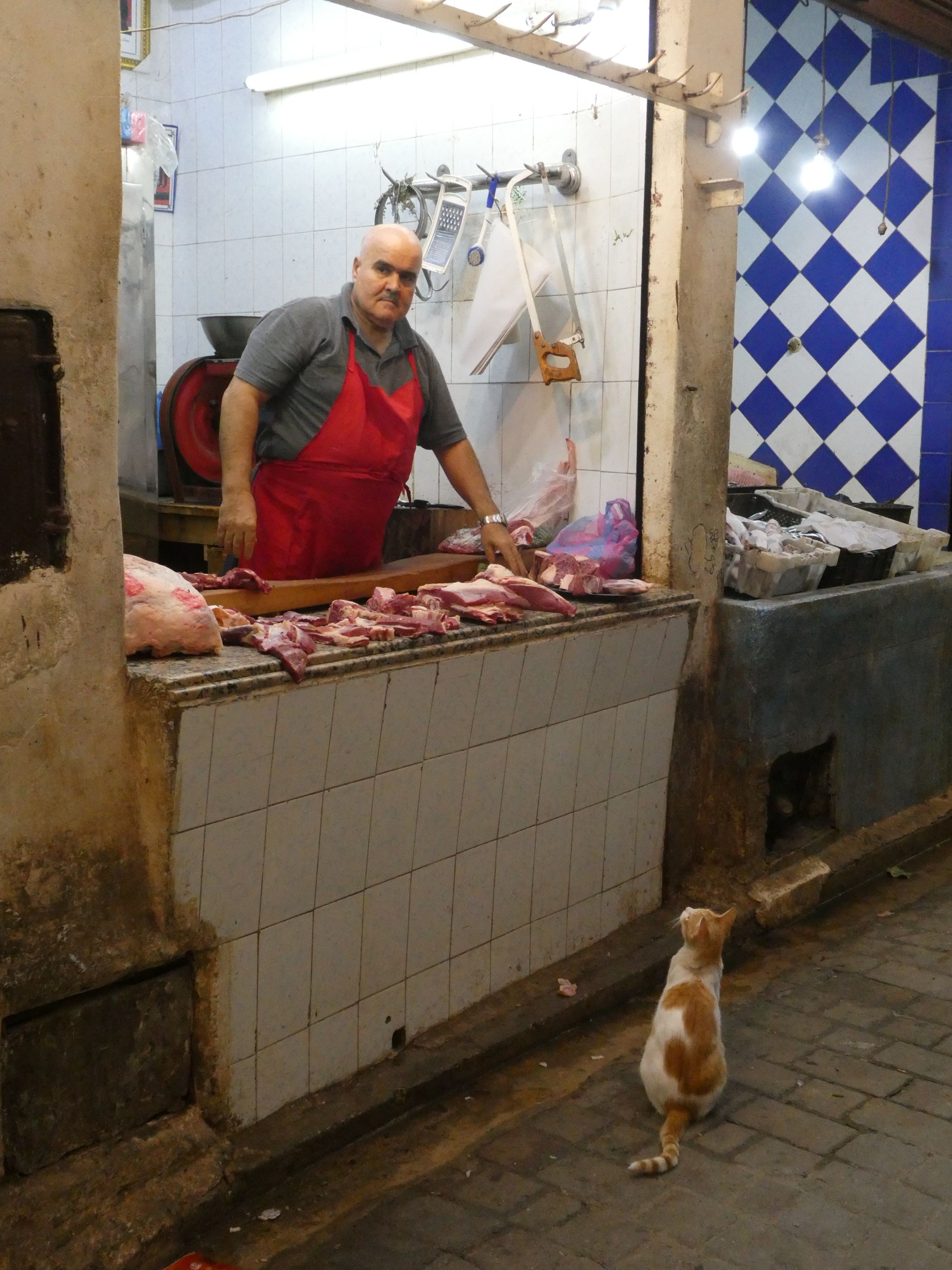 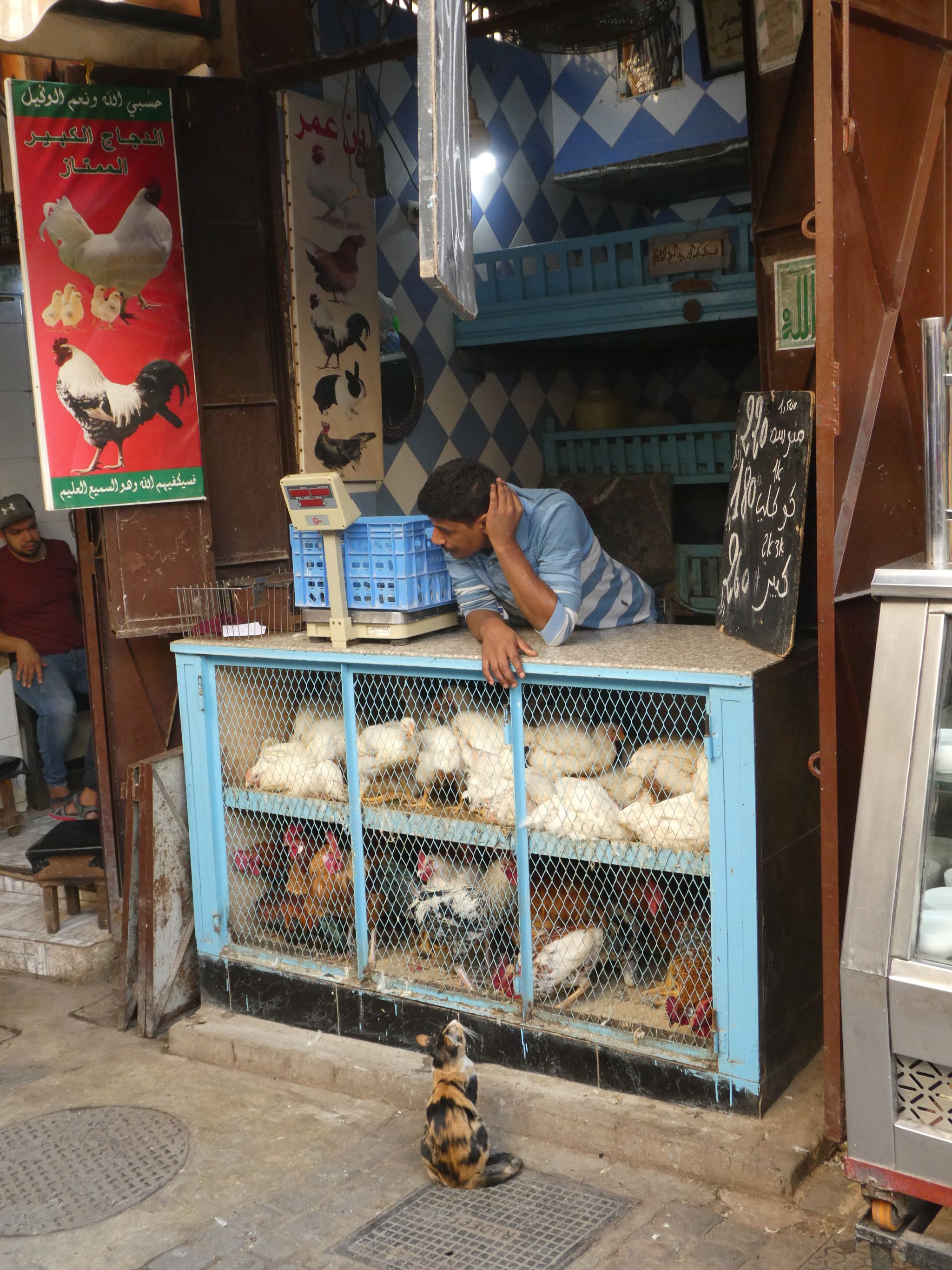 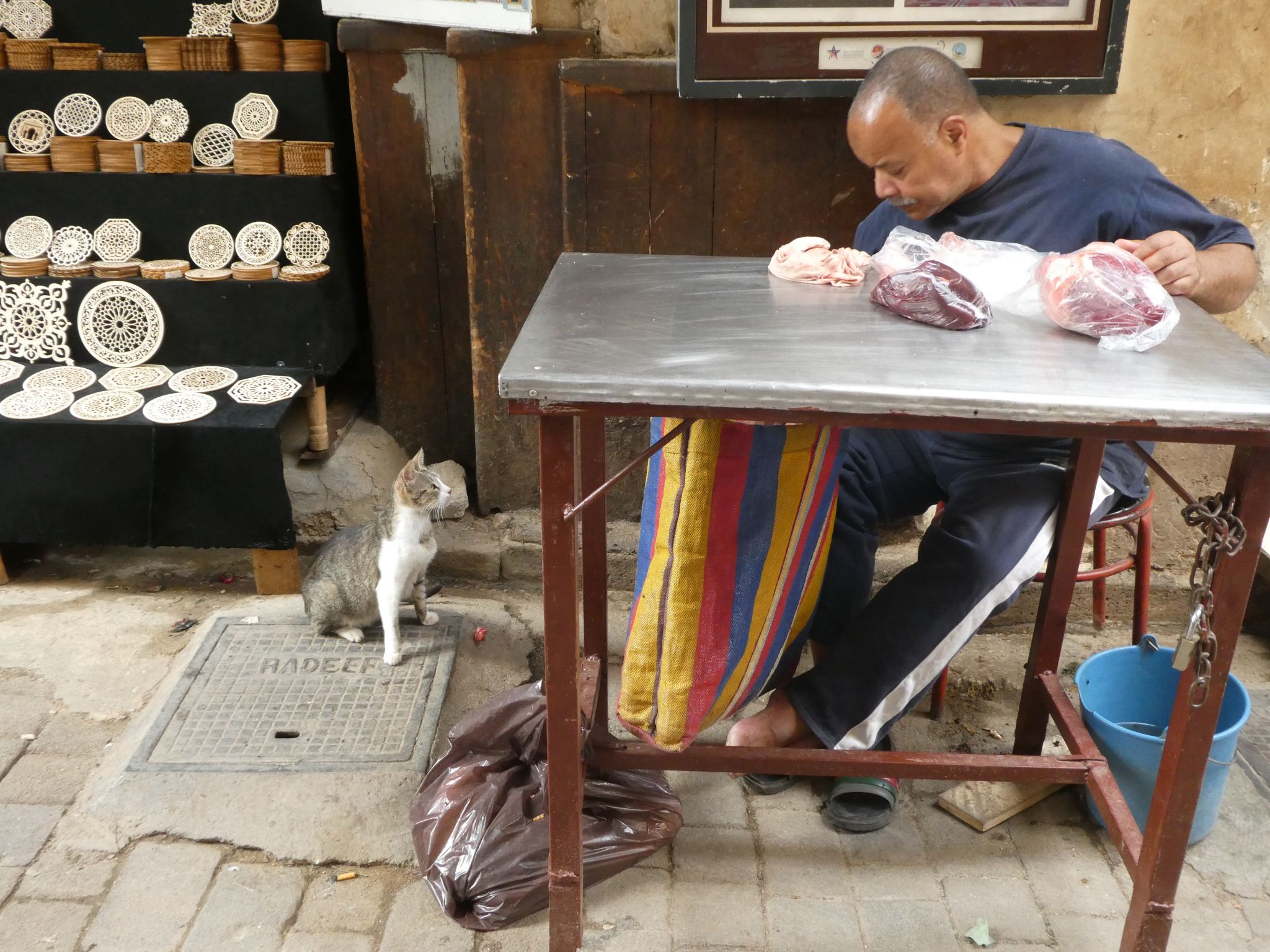 Maybe cats are good for business.  Certainly they seem to be given free rein in choosing where to perch. 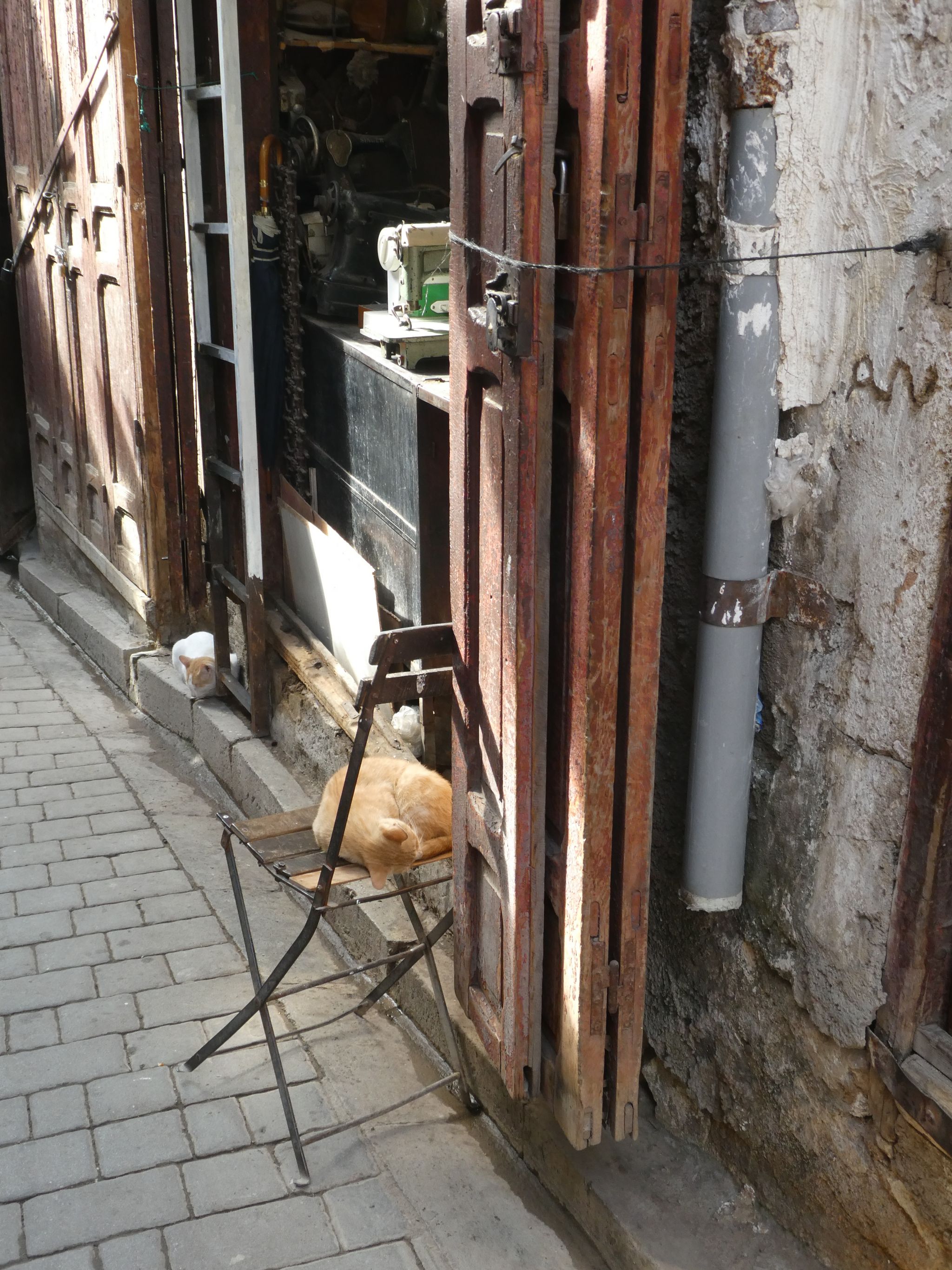 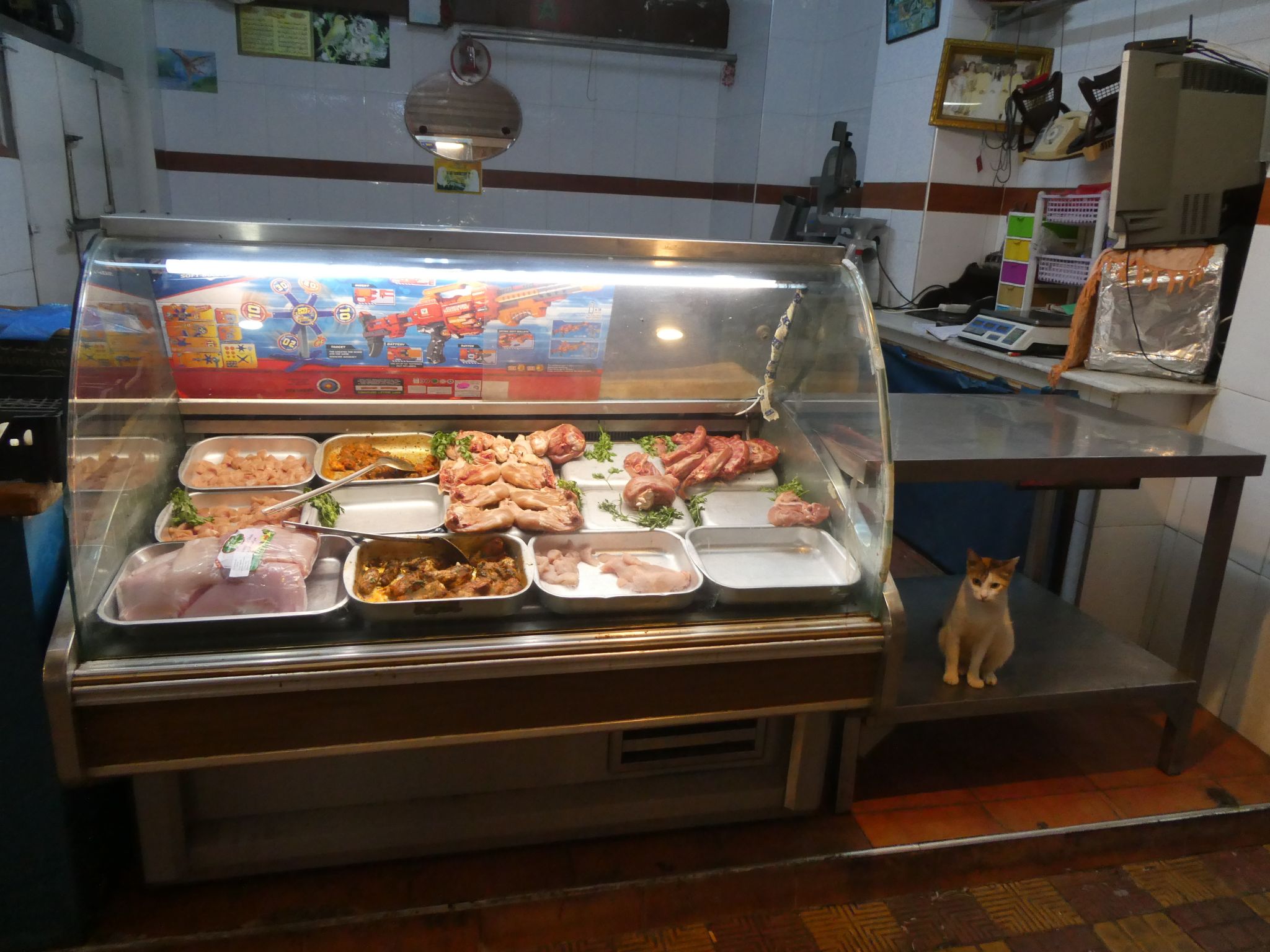 Some may have picked up some bad habits from their human company. 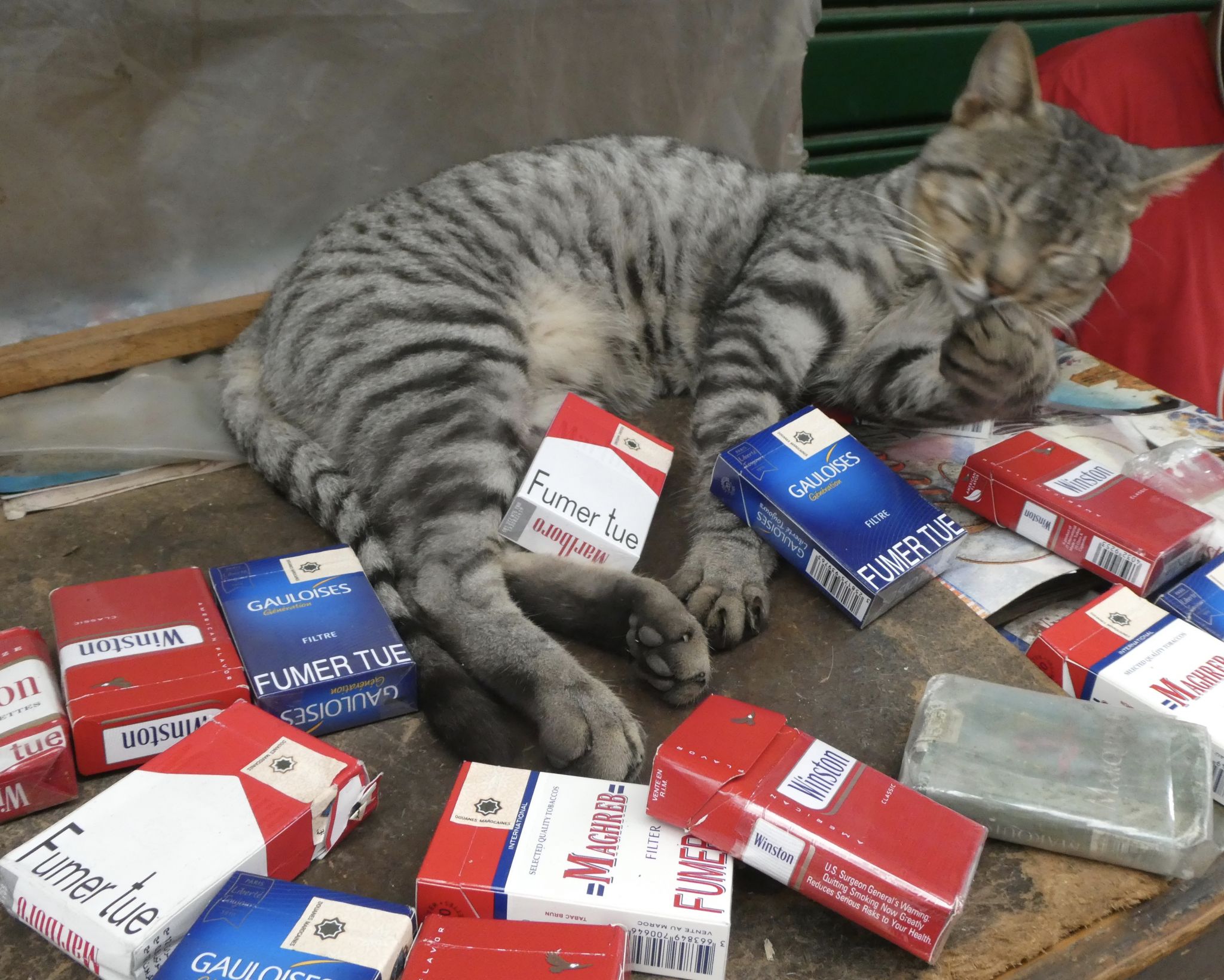 They sleep wherever they choose. 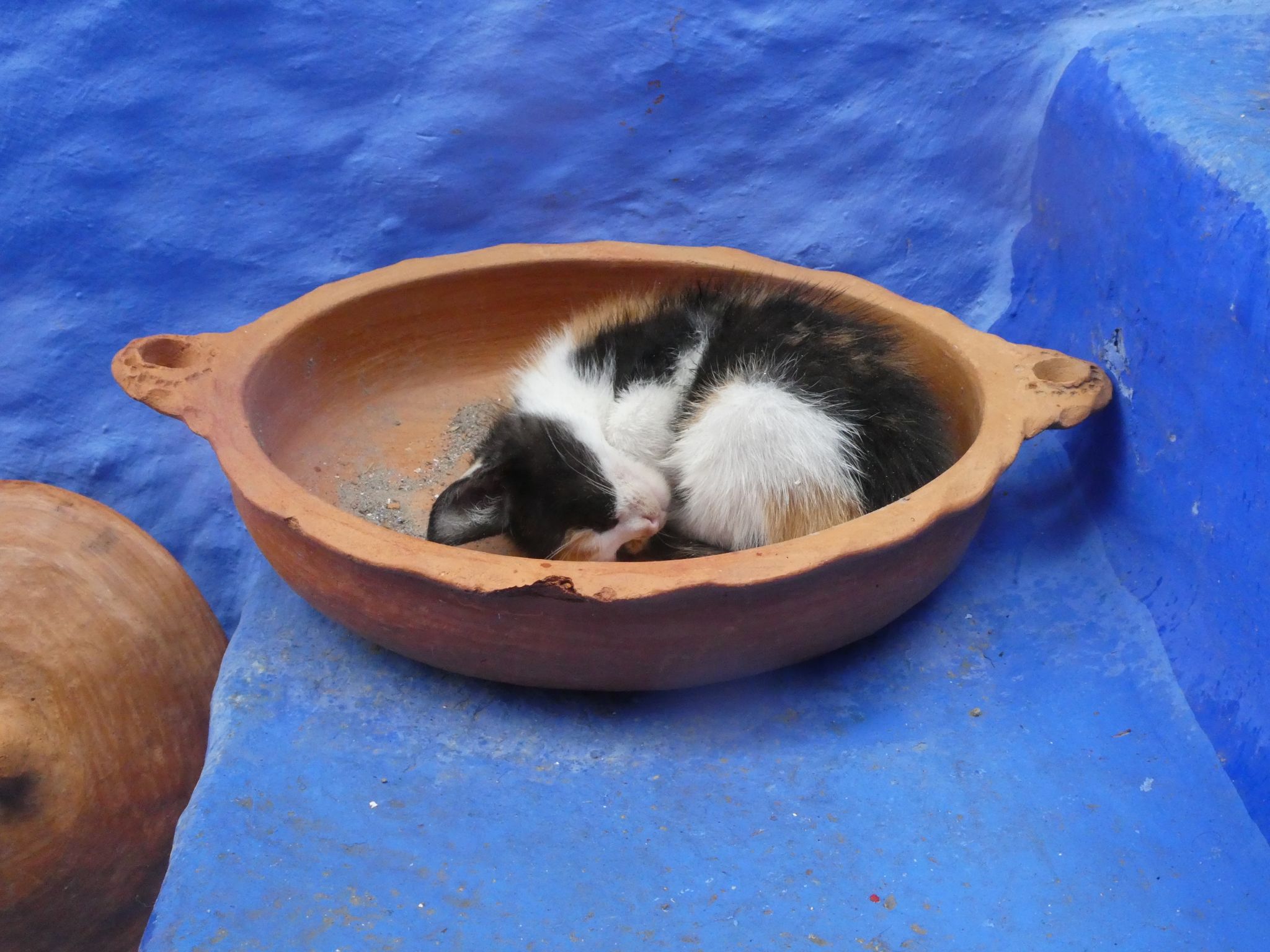 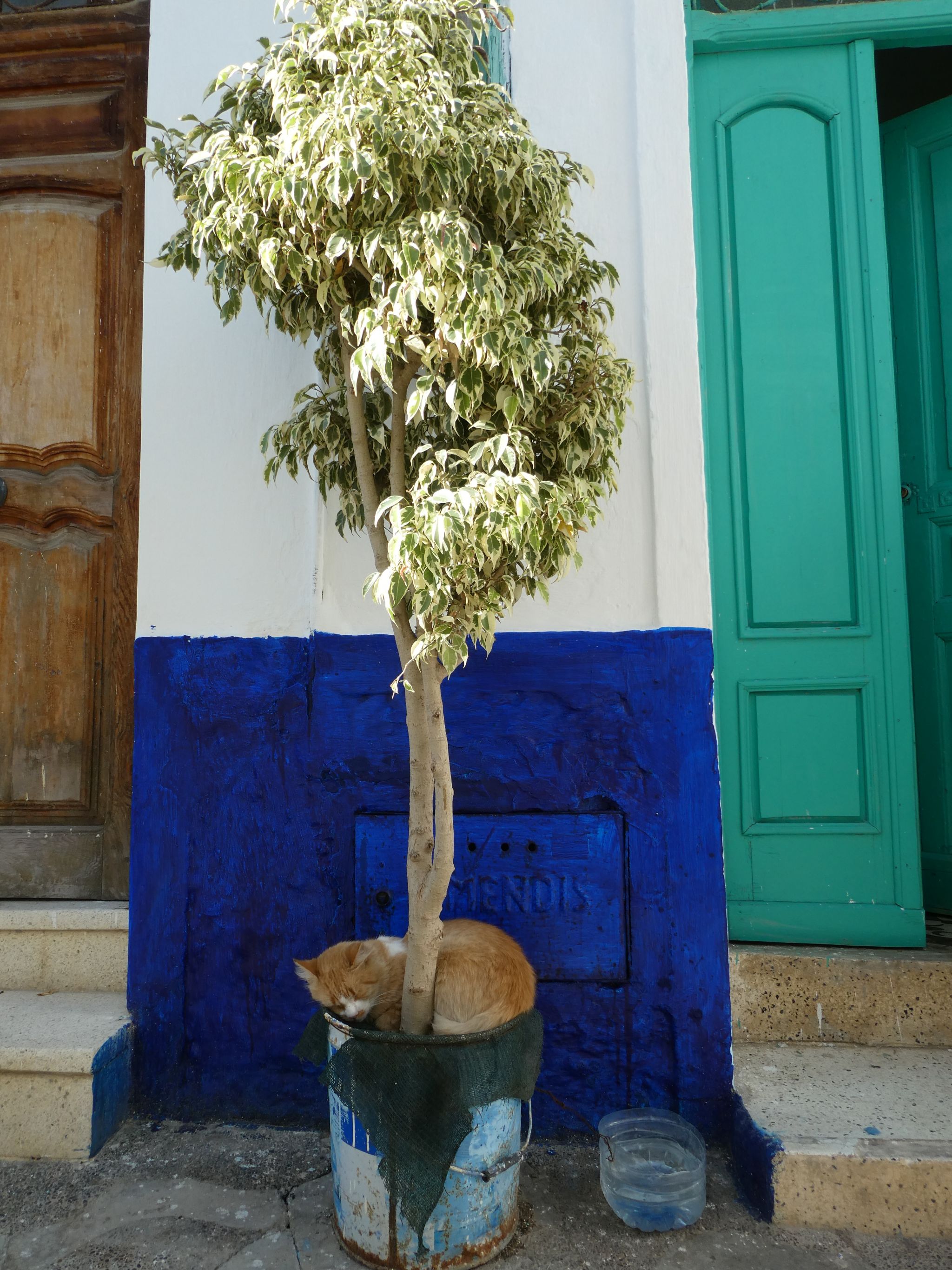 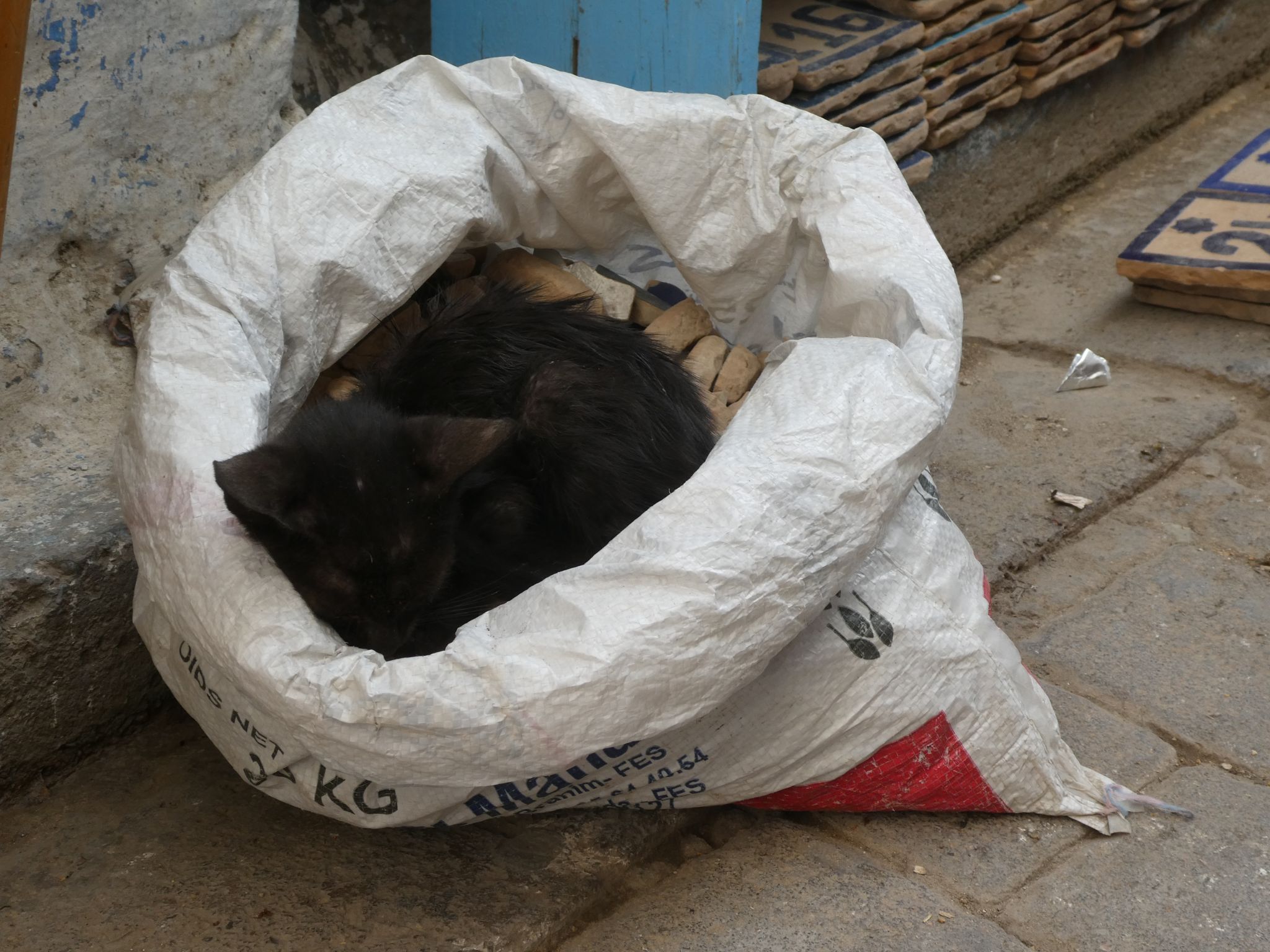 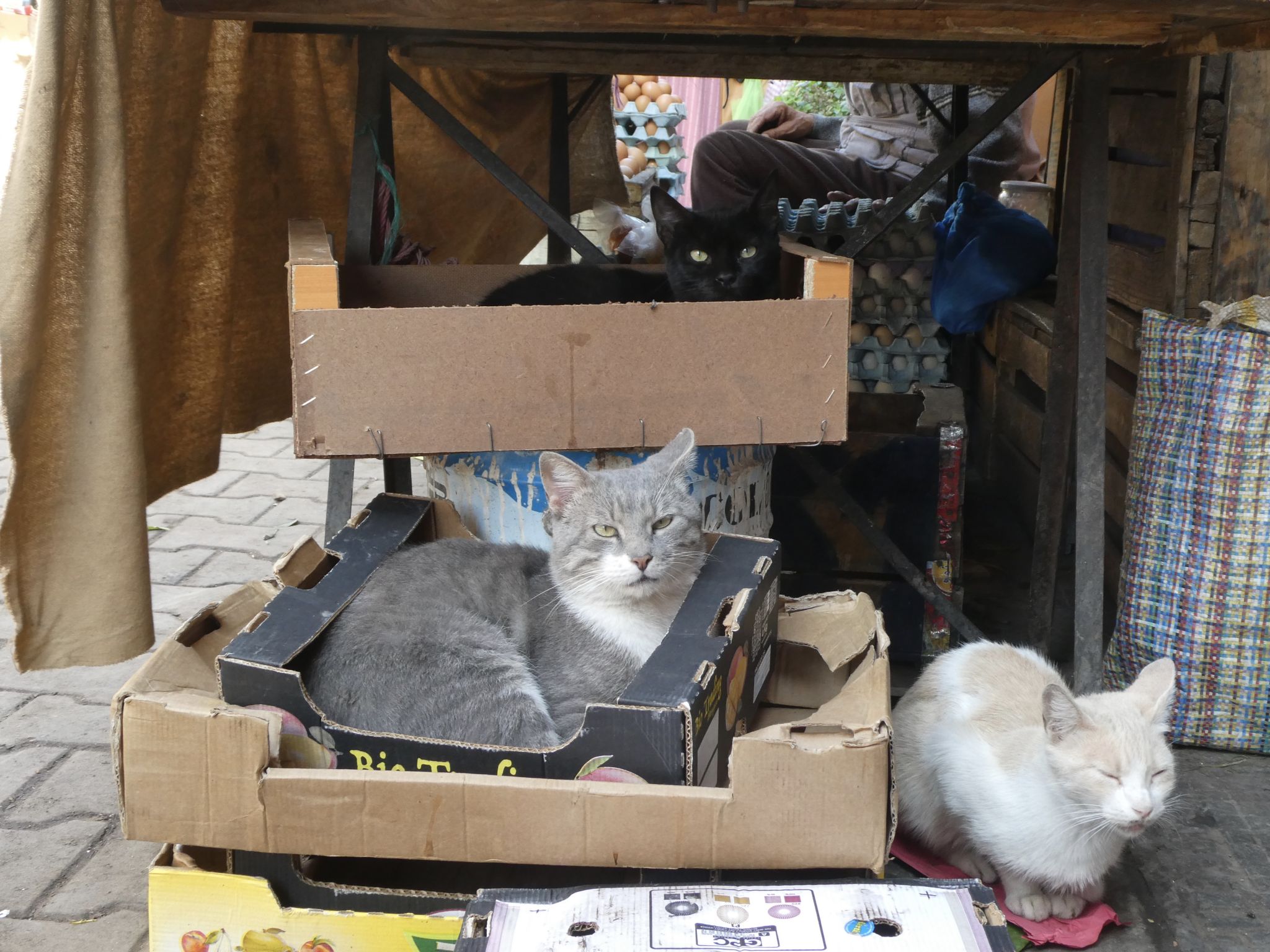 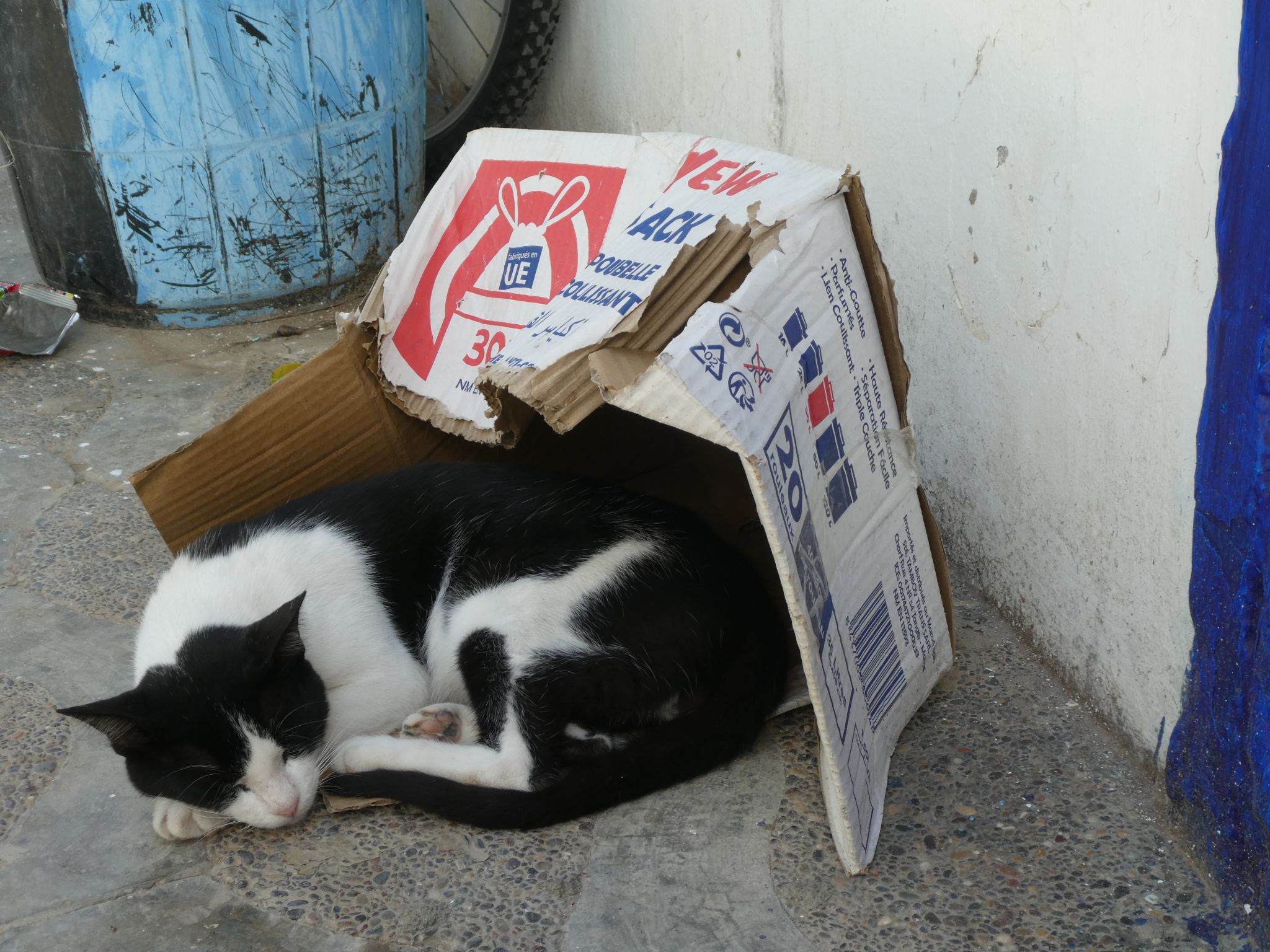 This little one looked like he was holding the door of the Asilah Railway Station open.  A big job for a tiny kitten! 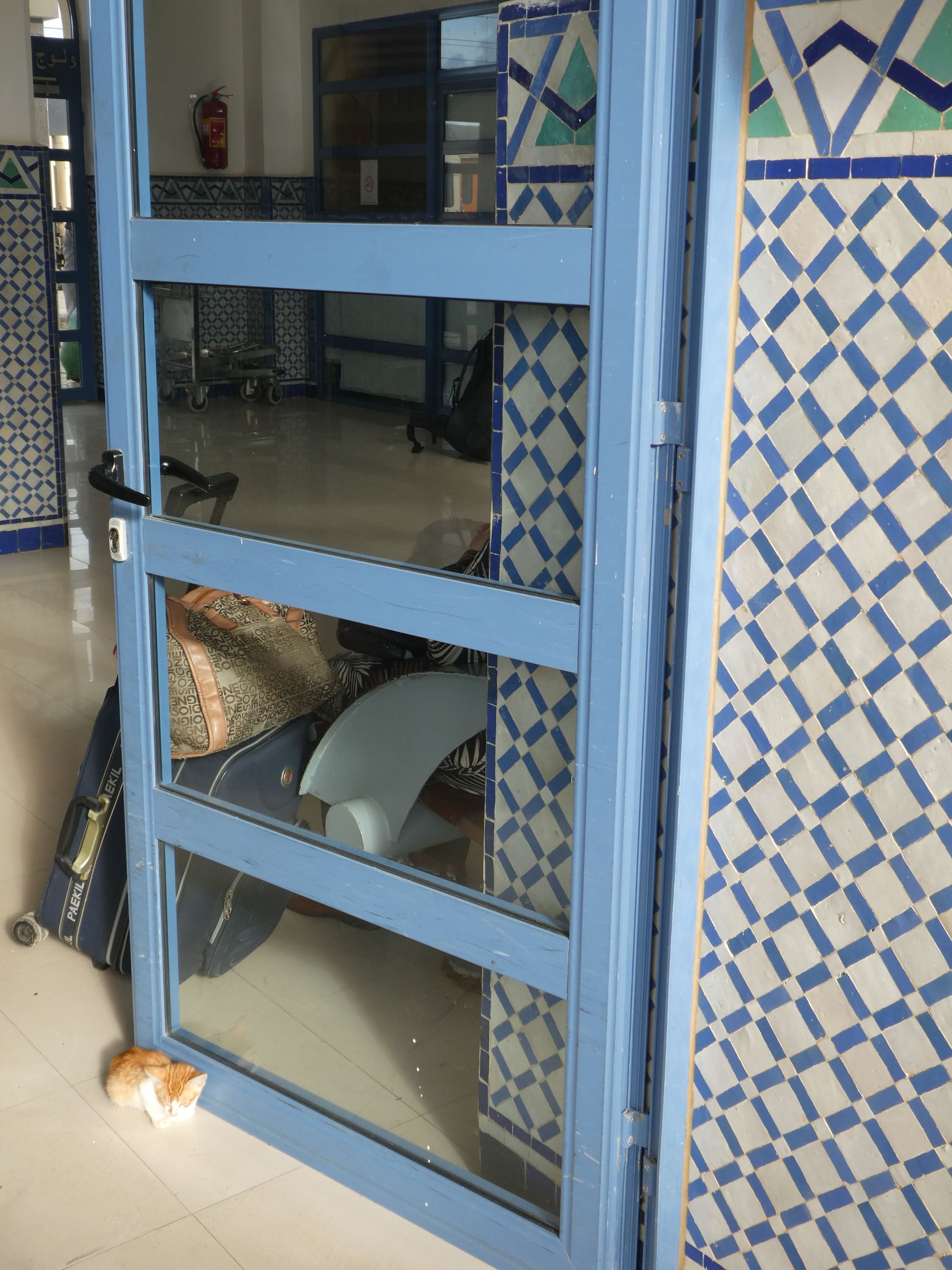 And these kittens seemed too little to be away from their mother. 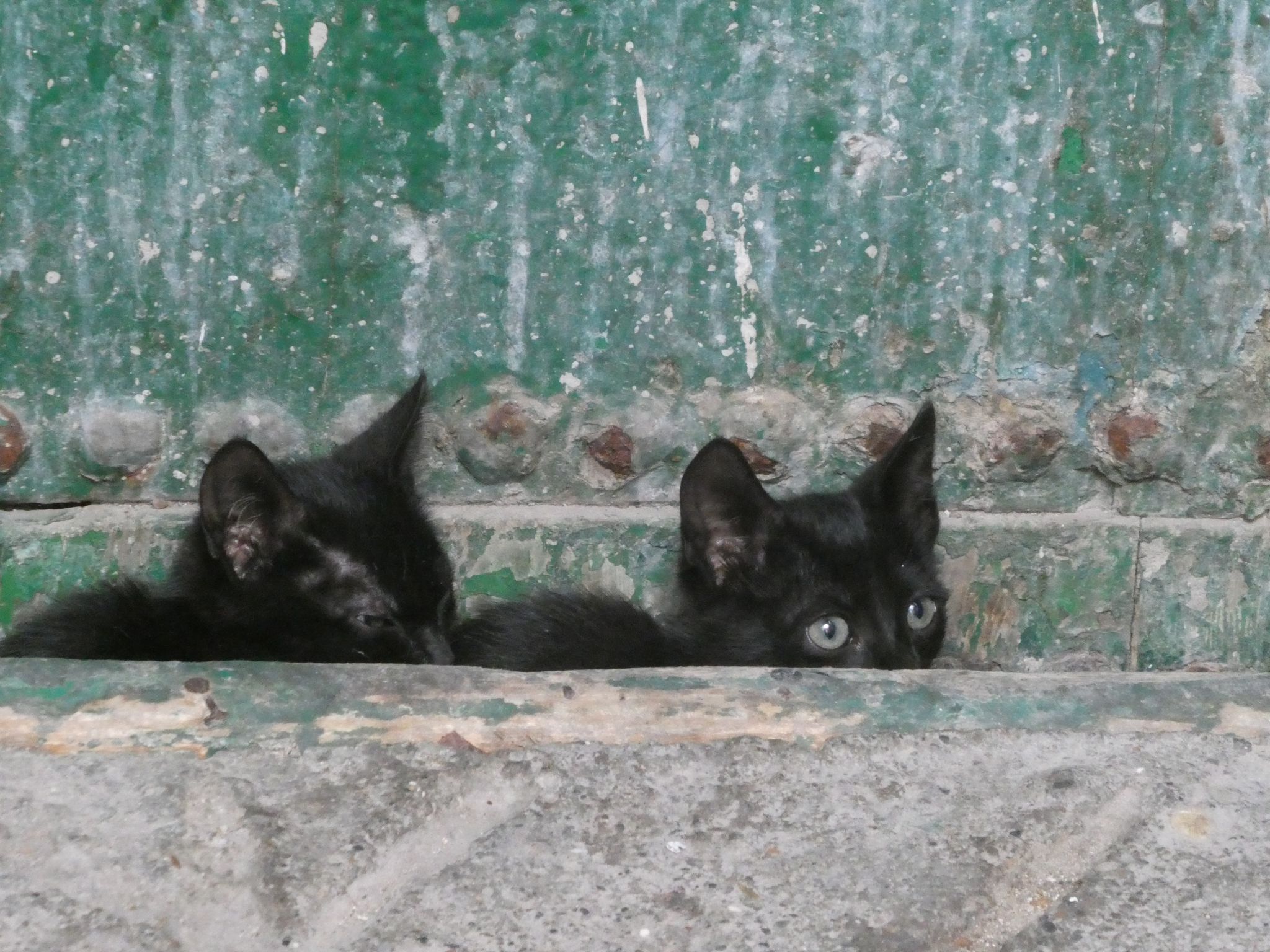 In the medina of Chefchaouen, the cats contrast beautifully with the blue surrounds. 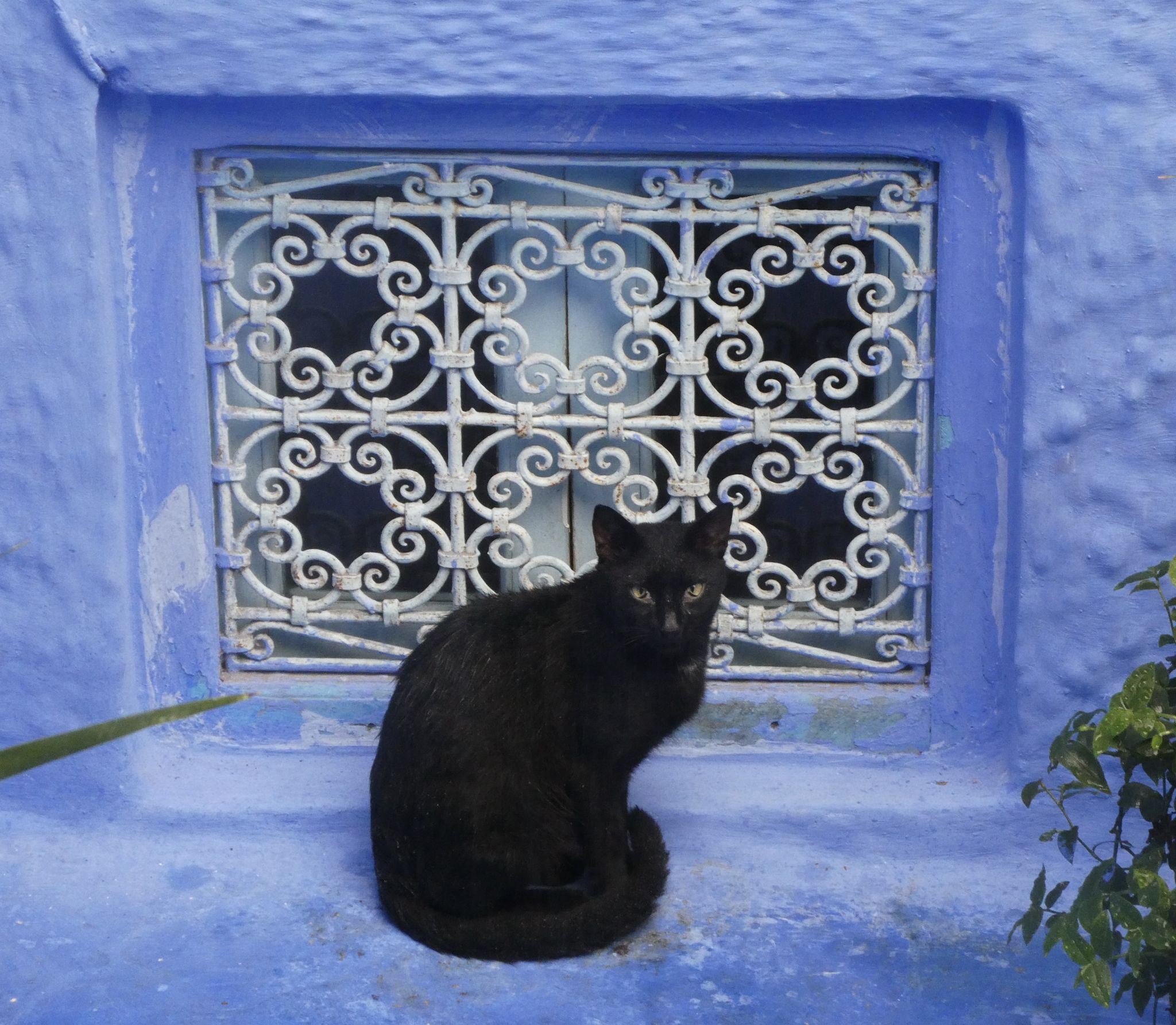 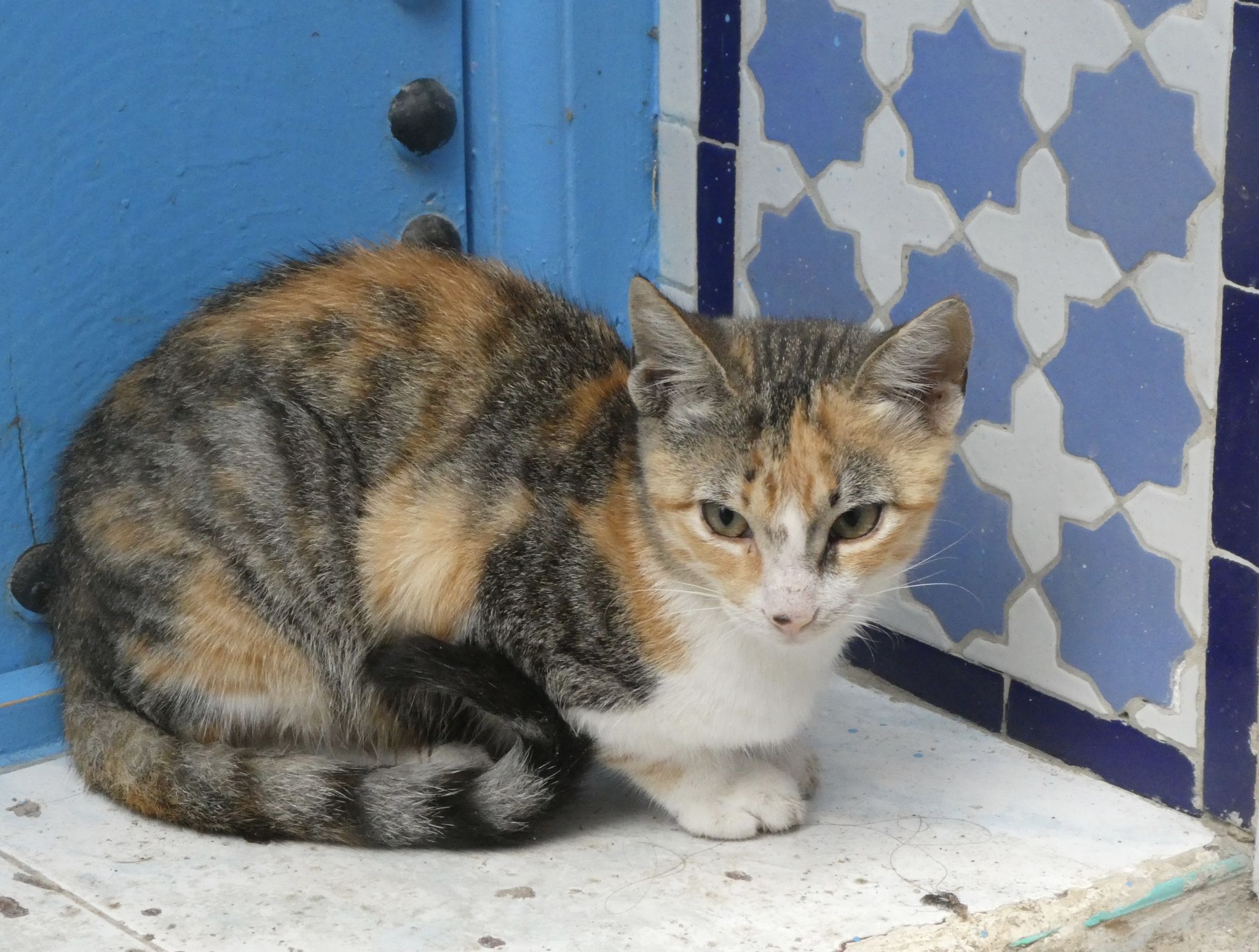 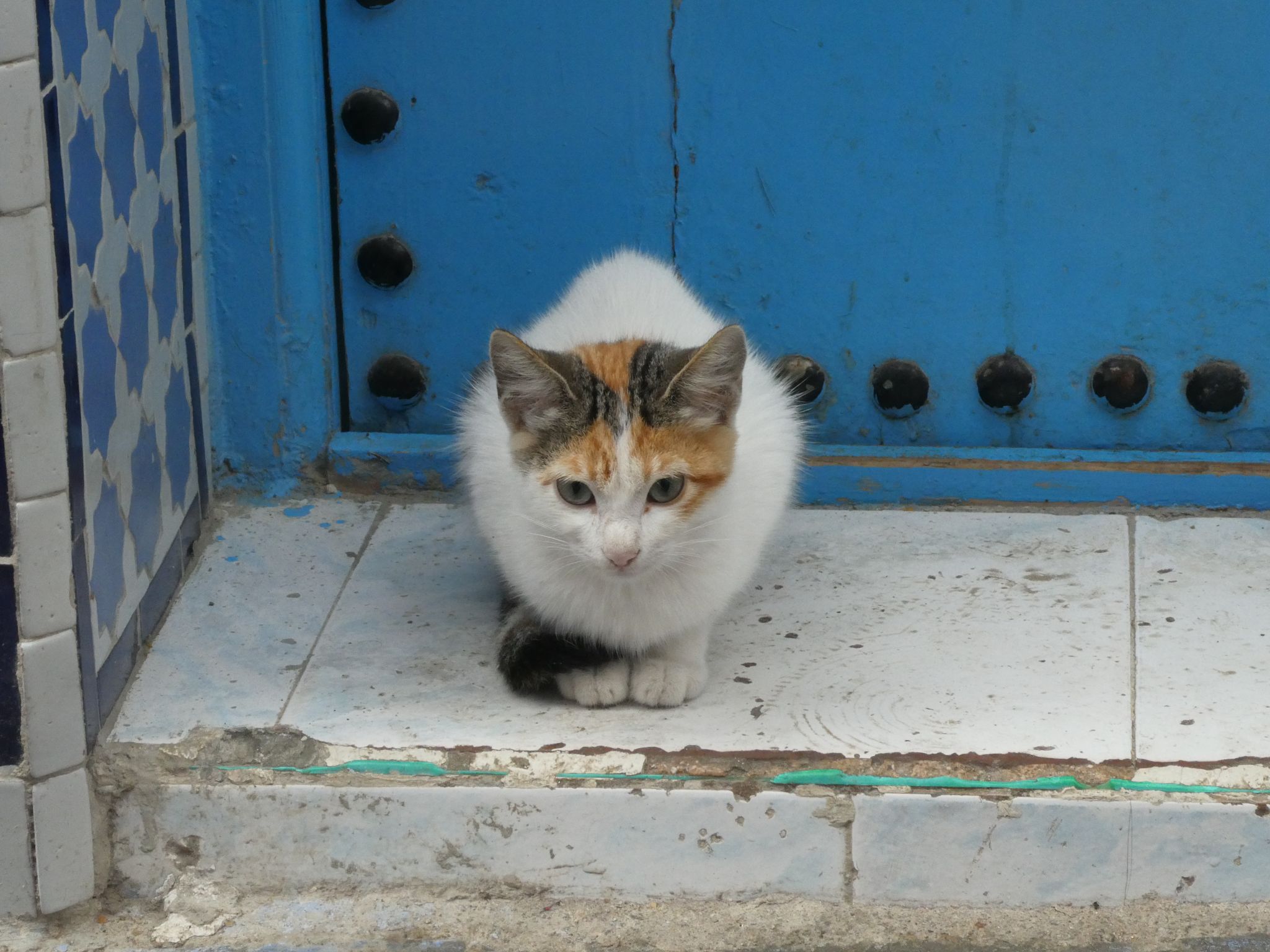 They were even down at the seaside. 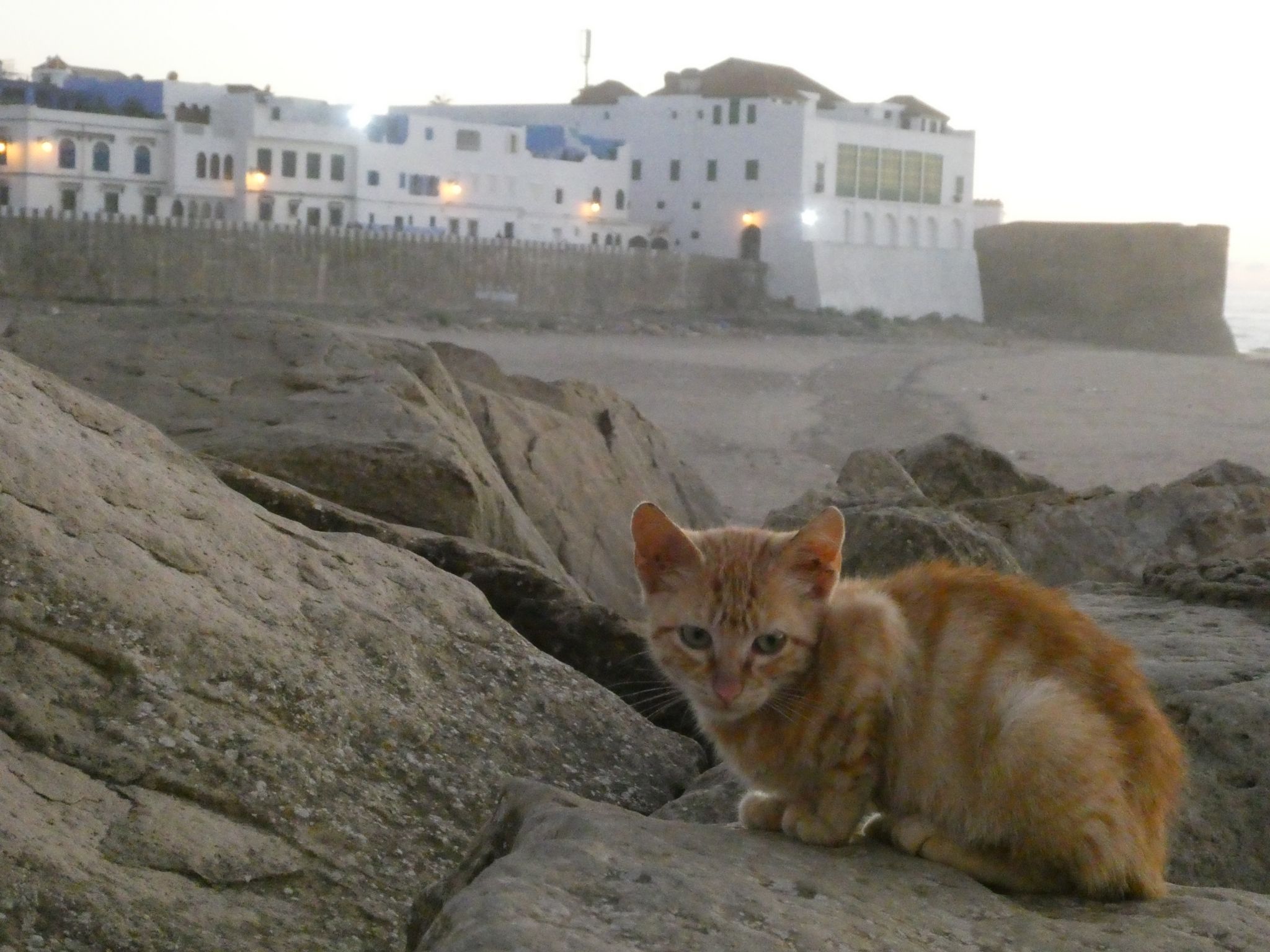 Cute photos aside, it is, of course, a hard life being a stray cat.  There’s not enough vet care and there is a cultural reluctance to neuter cats so the stray population is not managed as well as it could be.  But at least there is a culture of kindness and food for cats.  It was lovely to see.