Tunis was first established by the Berbers in around the 4th century BC.  Its location on the north coast of Africa with a large harbour within easy reach of the European Mediterranean ports, made it a desirable target for just about every seafaring empire around the Mediterranean over the centuries.   It’s been Phoenician, Roman, Arab, Ottoman, Spanish and French.  Since 1956 it has been the capital of independent Tunisia.

The European influence, although relatively recent, was dramatic.  From the late 1880s until independence, more than half the population of the city was European.  The French brought running water, natural gas and electricity networks and a public transport system, but forget all that.  They also brought chocolate and cakes!  There’s some lovely patisseries in the Ville Nouvelle.

Much of the grand architecture is gone, but enough remains to see the influence, especially along Avenue Habib Bourguiba, the main thoroughfare which runs from the medina all the way to the old port.  It is nicknamed Tunisia’s Champs-Élysées which, apart from it being long and straight with lots of traffic, may be an overstatement, although the colonial-era buildings do have a distinctly French style. 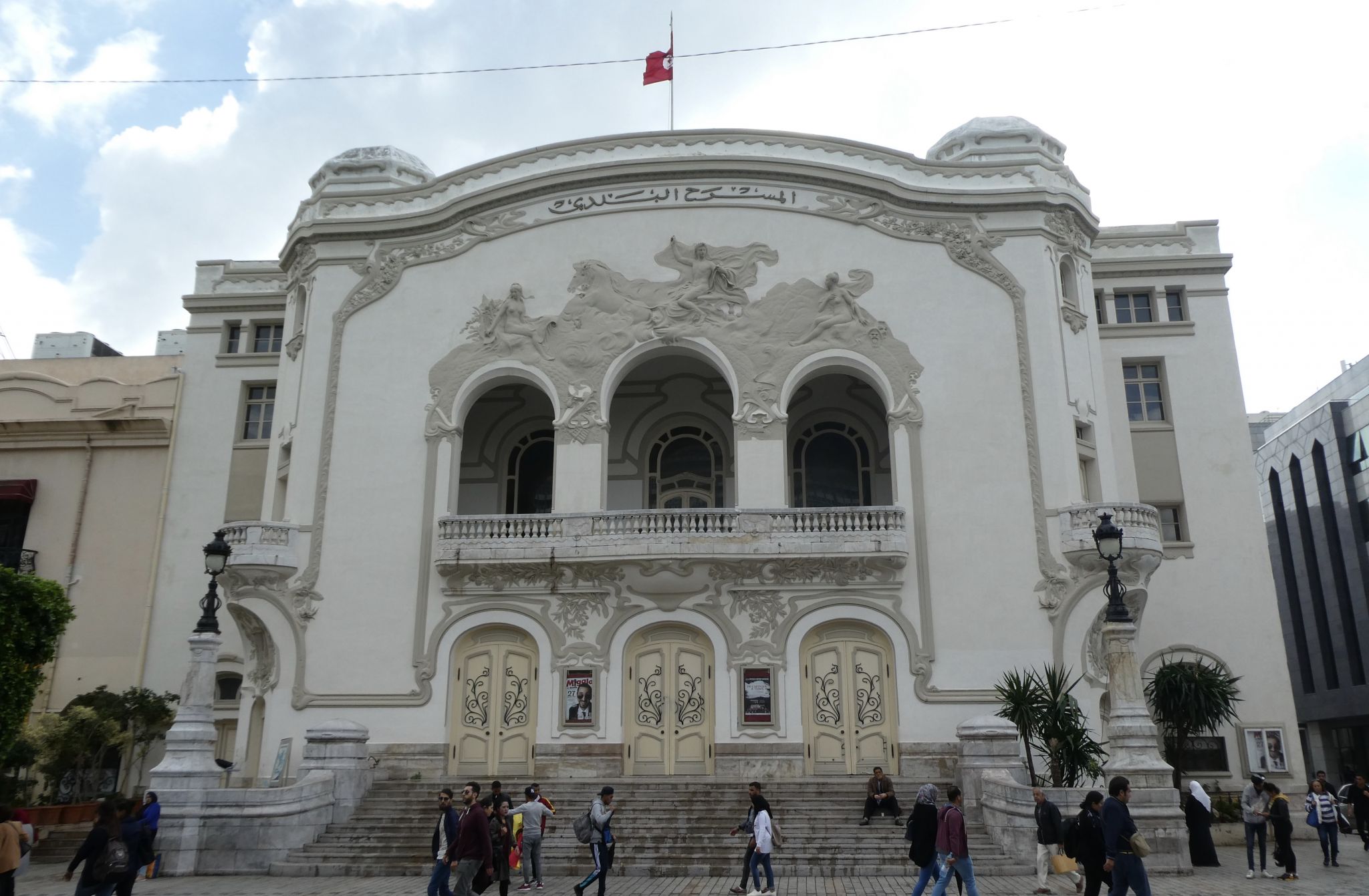 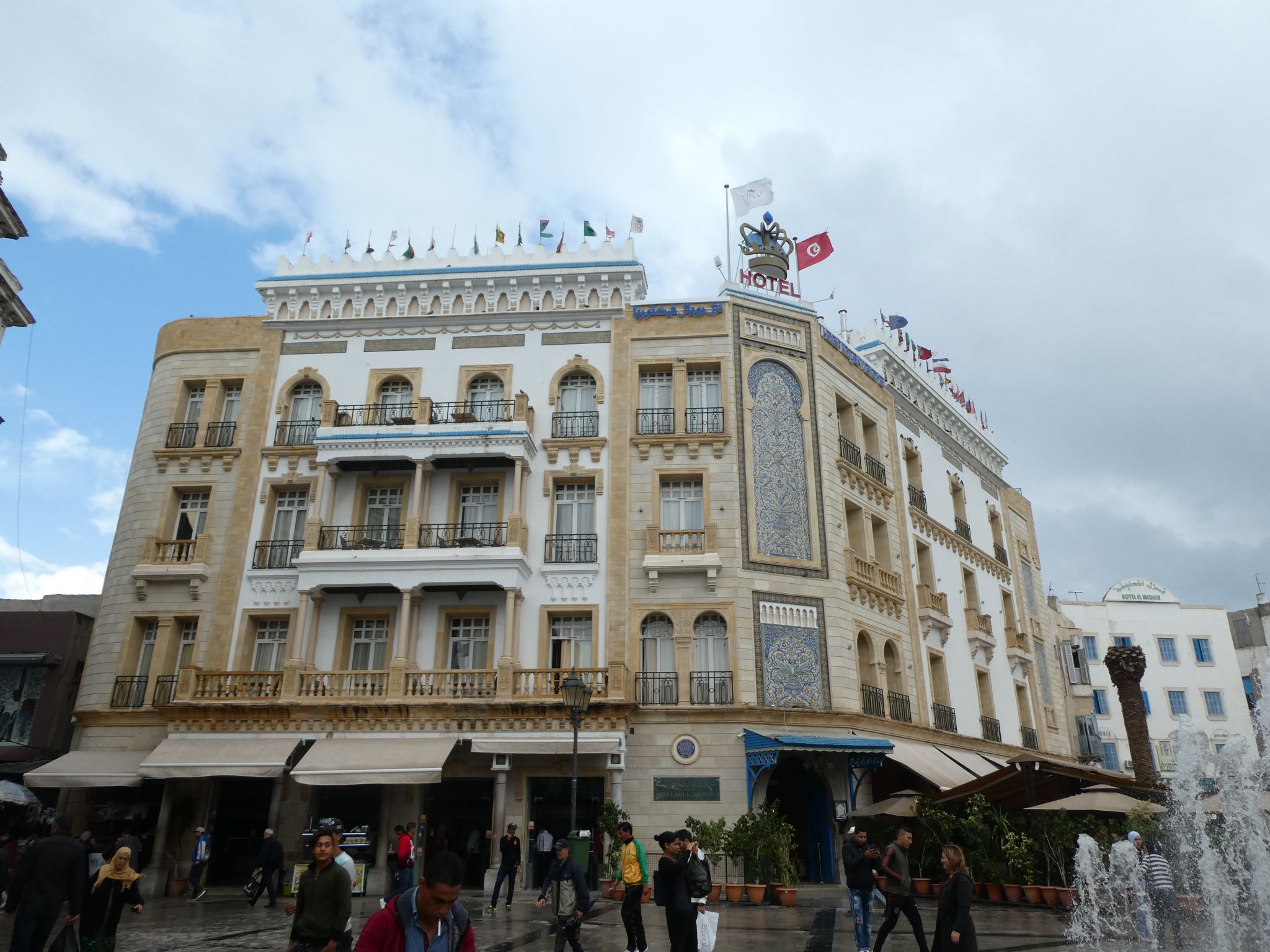 The St Vincent de Paul Cathedral is the oldest surviving building from the French colonial era.  The Catholic population of Tunisia fell markedly following independence and many of the Church’s buildings and lands were transferred to the State.  St Vincent’s is one of the few Catholic buildings still remaining in Church hands. 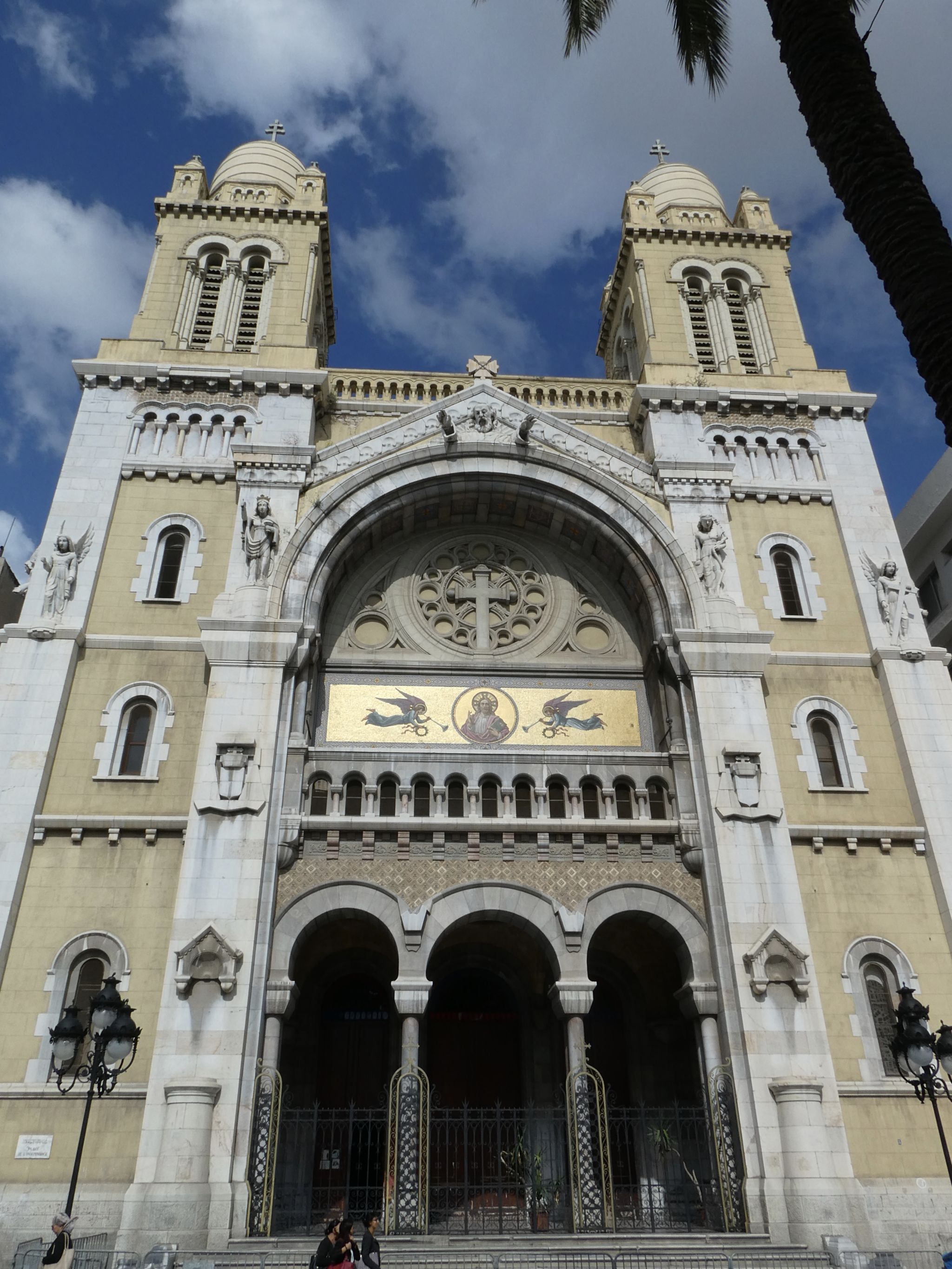 The medina is the oldest part of the city and dates to the 7th century when Arab Muslims took over the city.  Little has changed.  Life in the medina unfolds mid morning, and winds down early evening.  By around 7pm there’s nothing open except a few shisha cafes. 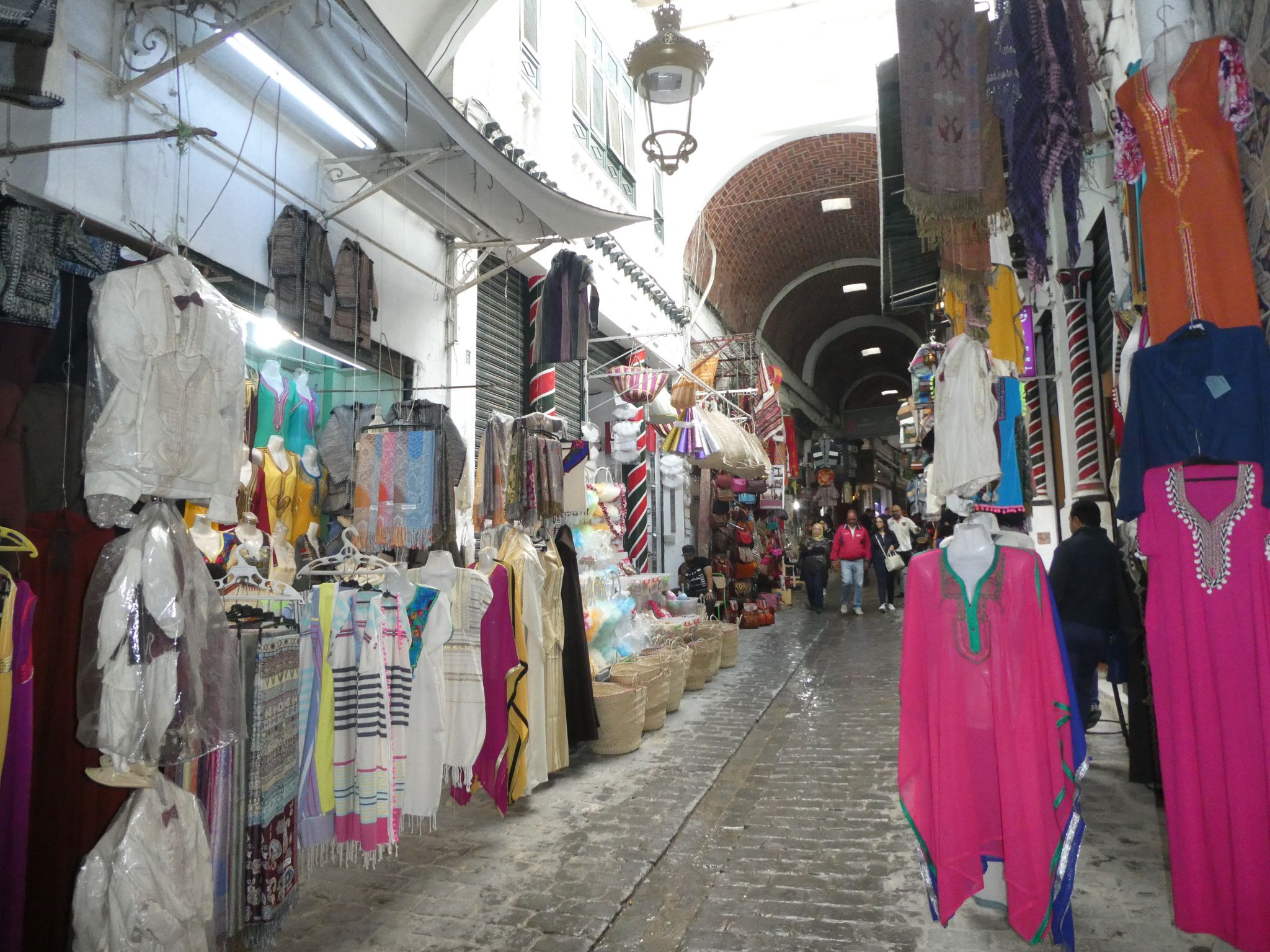 Just like Morocco, the medina is full of cats.  If you saw our previous post on Cats of Morocco and remember the cat helping out the cigarette vendor, you might be tempted to think the Tunisian cats have taken things one step further. 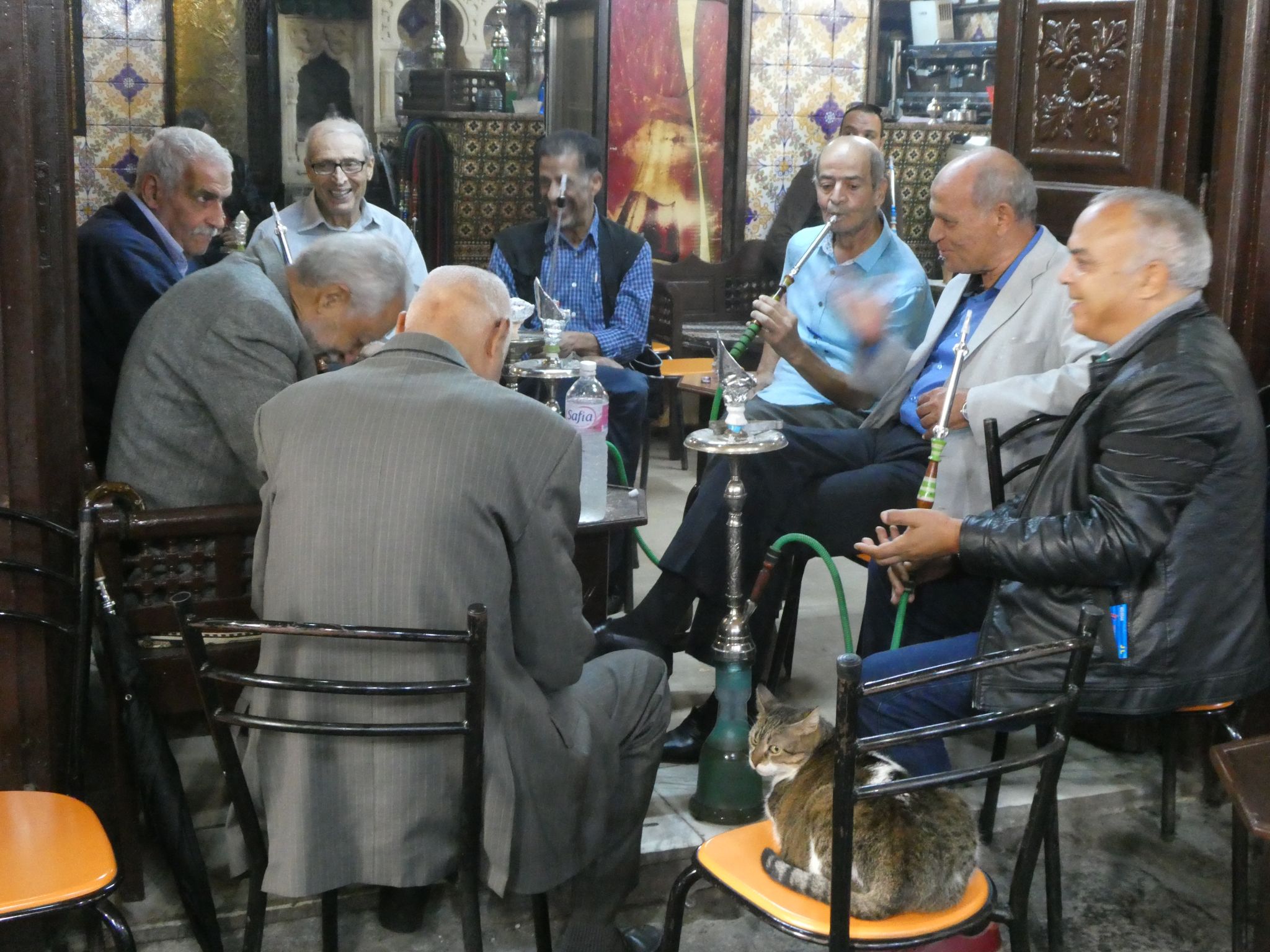 Once the shops are closed, wandering the deserted medina reveals a further charm.  Ornate doors. 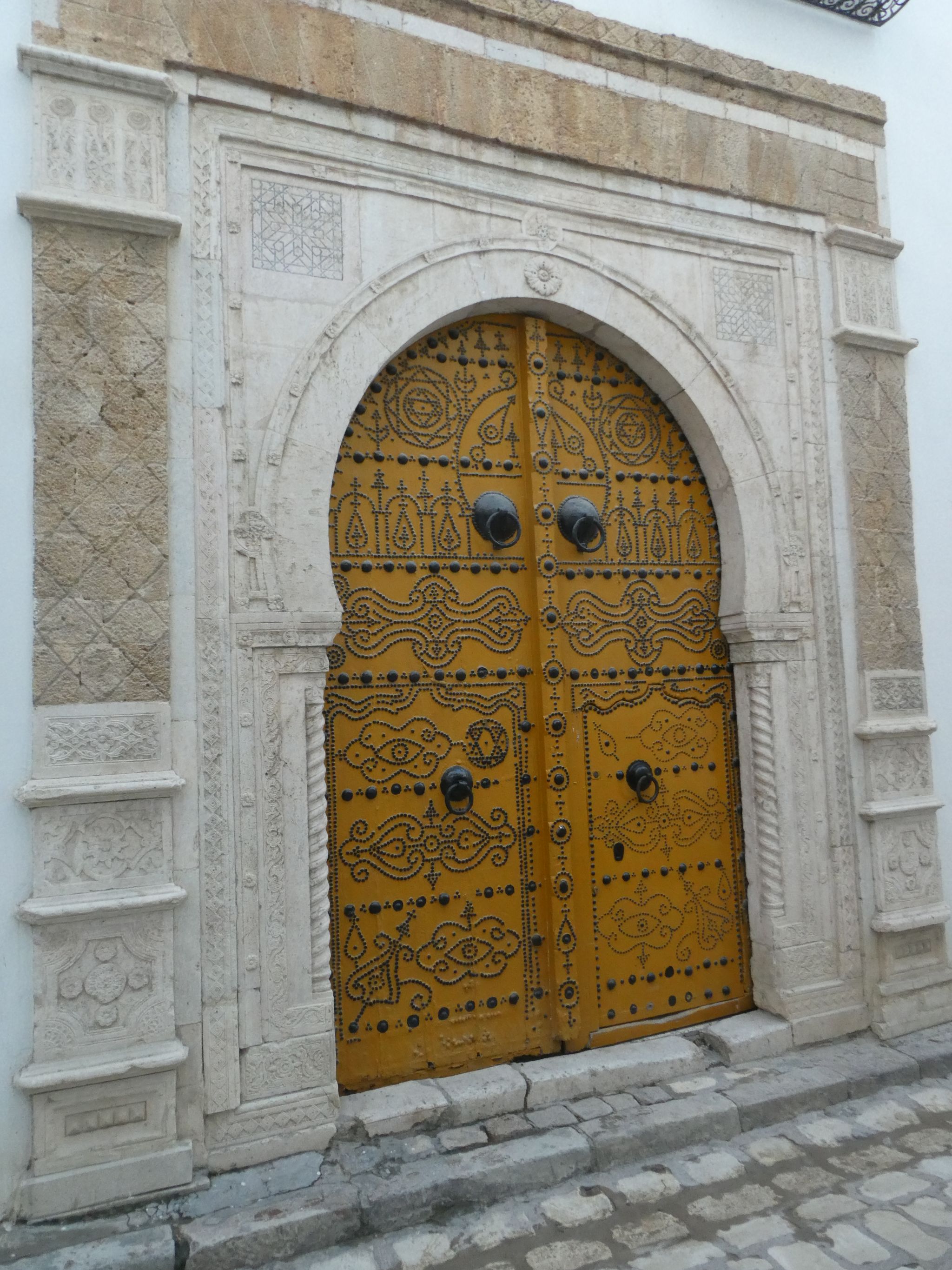 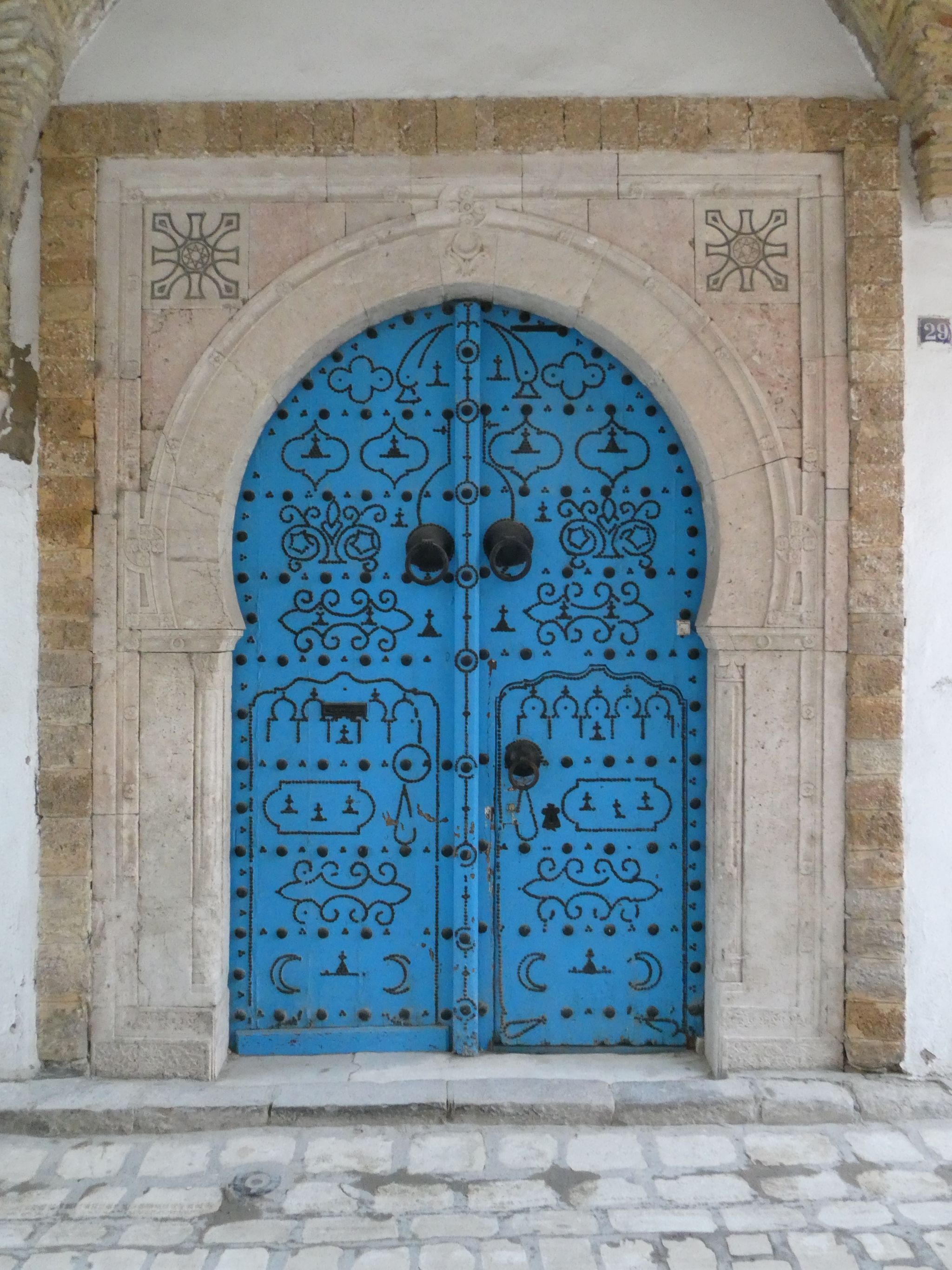 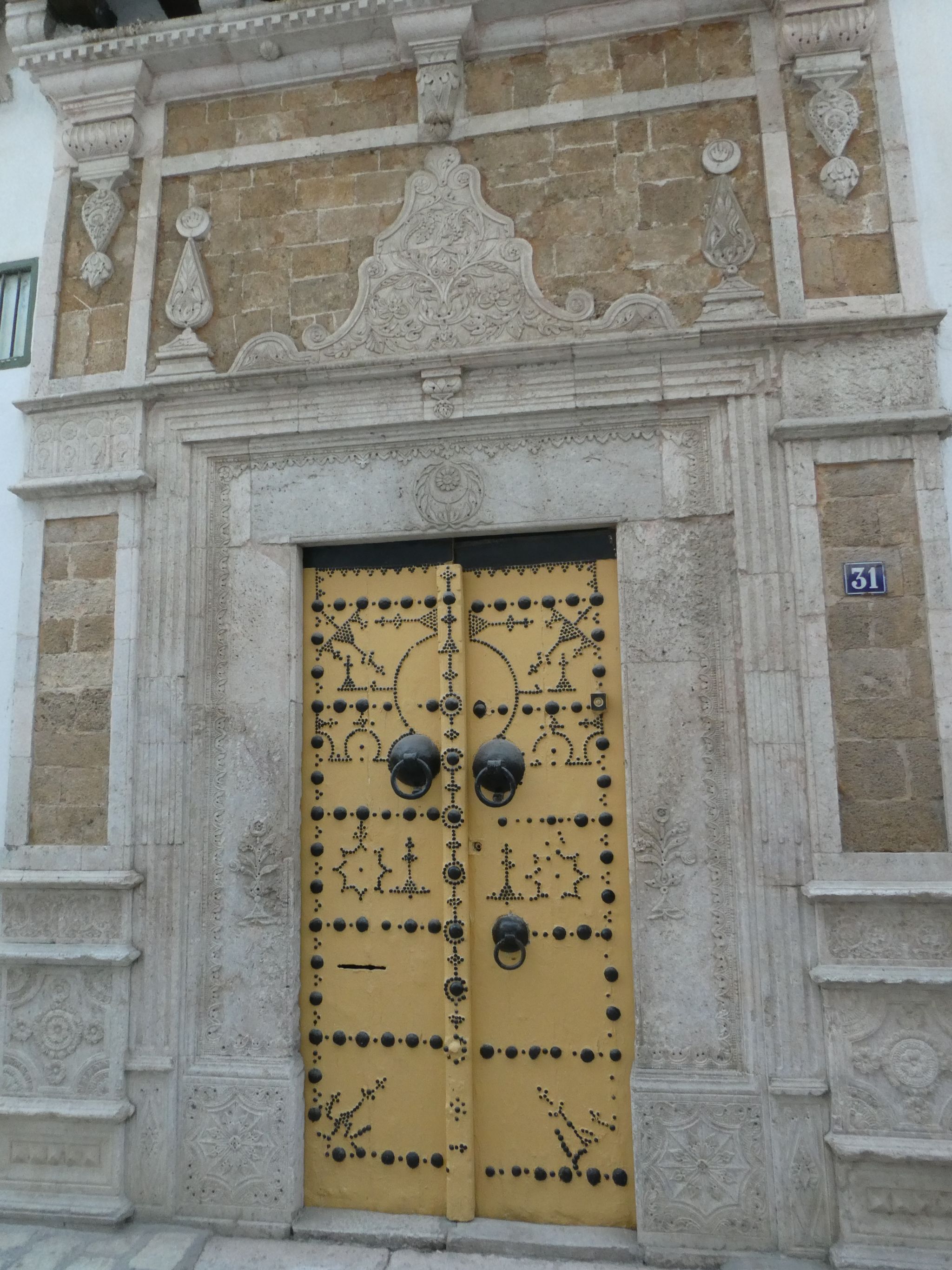 As in Morocco, what lies behind the doors can never be discerned from the street.  The humble door of the place we stayed opened to this beautiful abode.  Its called a dar.  Similar to a riad, these were traditionally homes for extended families, with seperate rooms for each family member/family and an internal courtyard and patio for socialising. 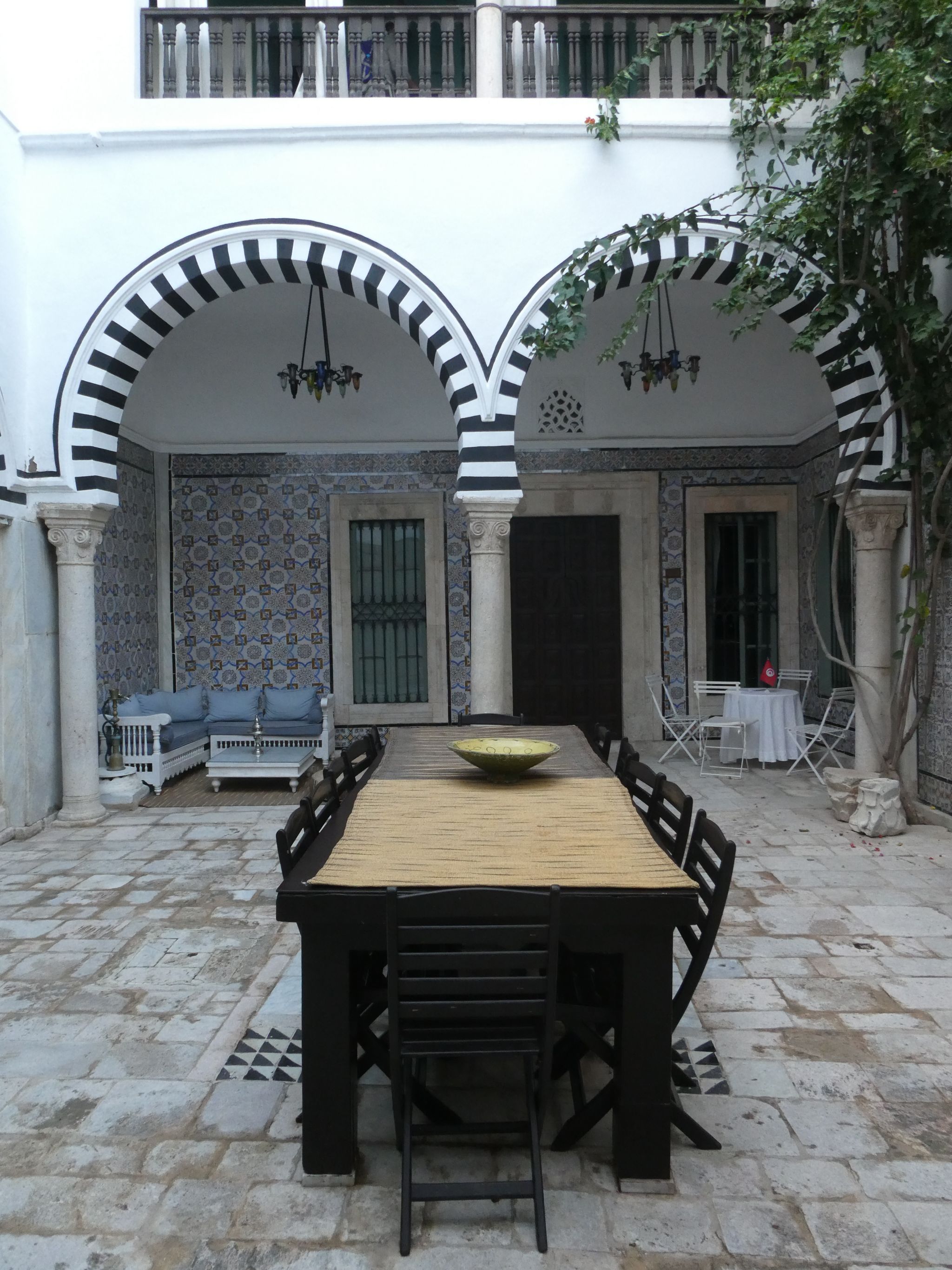 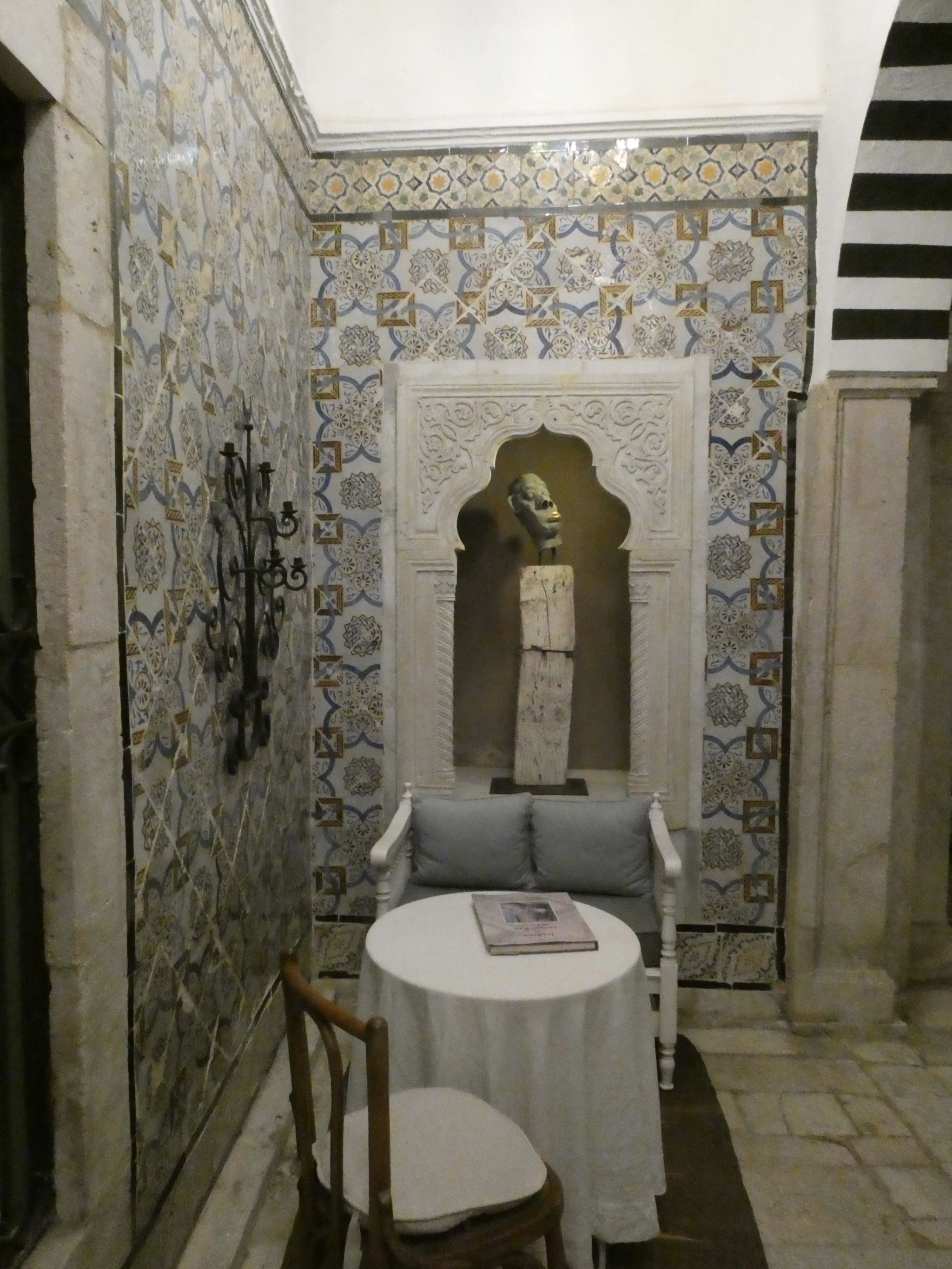 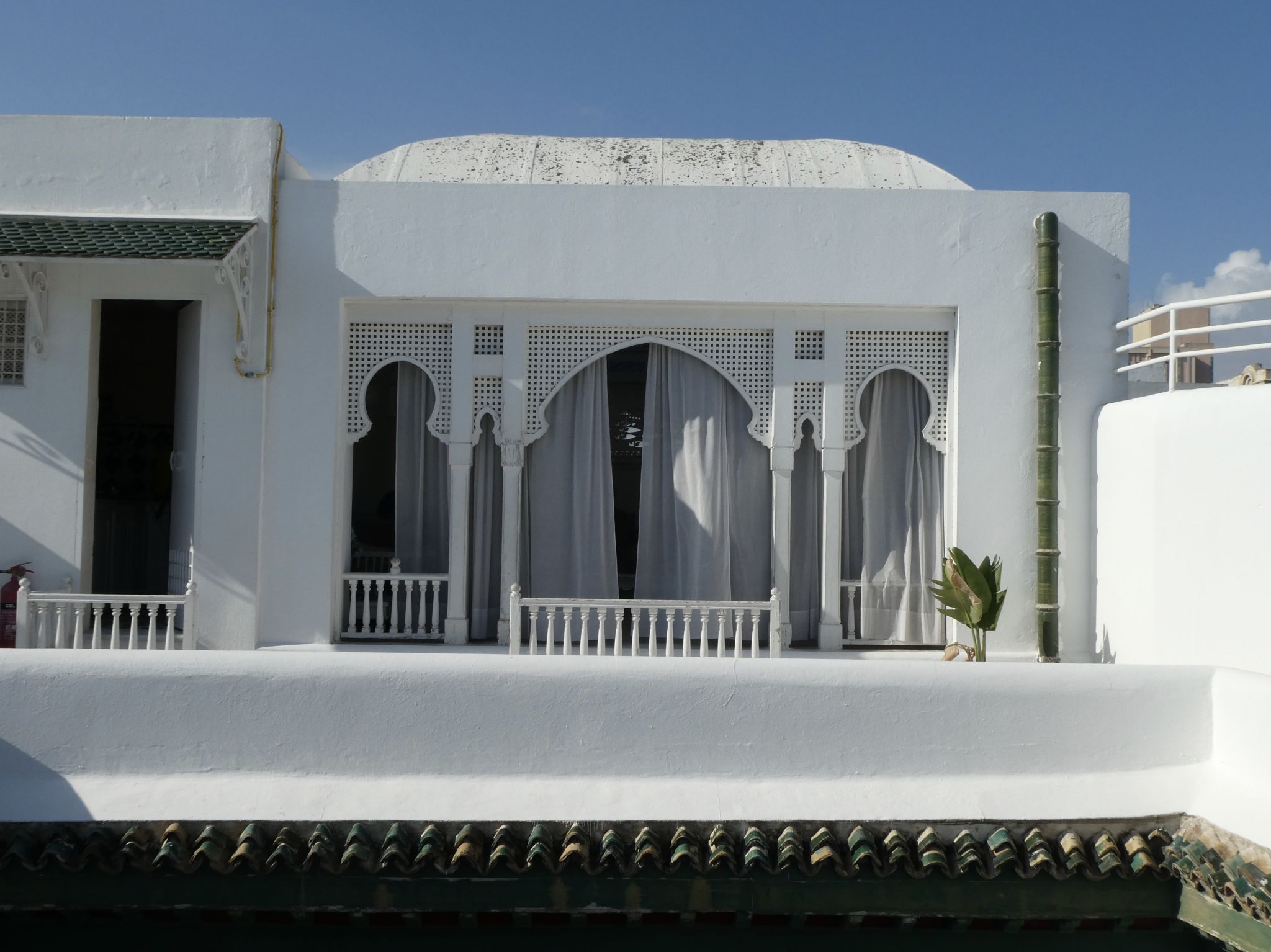 Tunis’ keynote tourist attraction is the Bardo Museum.  It is the ‘second museum of Africa’ (after Cairo’s Egyptian Museum) and has the largest collection of Roman mosaics in the world, obtained from excavations of nearby Carthage and other former Roman cities in the region.

The museum closed temporarily after a terrorist attack in 2015 in which 22 tourists were killed when three locals dressed in civil uniforms opened fire in the museum with machine guns.  ISIL claimed responsibility for the atrocity, at that time the deadliest terrorist attack in Tunisian history.

The attack, and a second attack on tourists on a beach near Sousse shortly afterwards, decimated tourism in Tunisia, which in 2018 is only now starting to recover.  The museum has re-opened but it seems sections of it remain closed, most likely because the reduced tourist numbers mean it isn’t financially possible to open and maintain the whole facility.

What is open is impressive.  Gotta love a good mosaic. 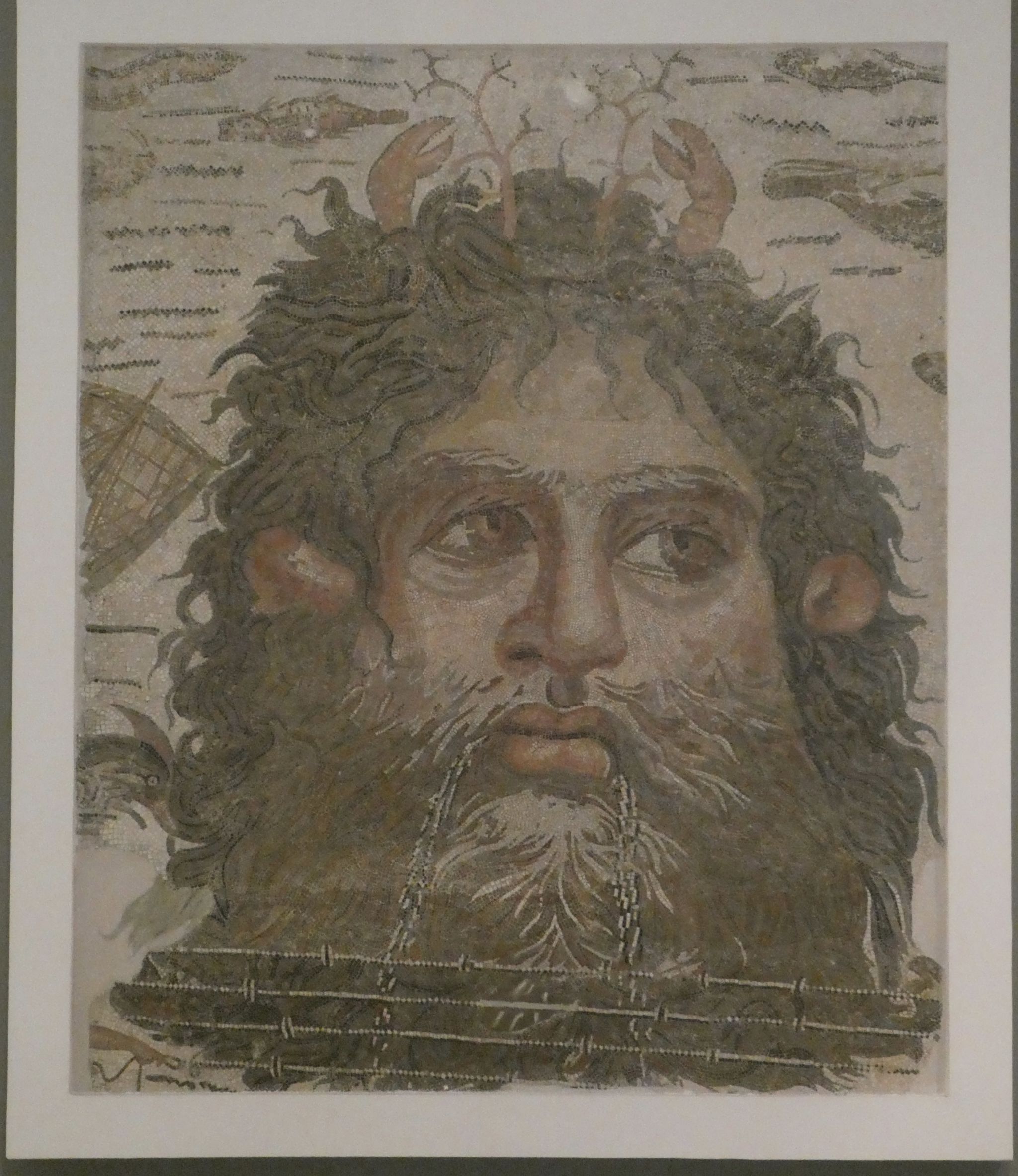 The vestiges of the ancient city of Carthage lie scattered over various locations along the coast on the edge of Tunis.  Carthage is probably best known as the empire of Hannibal, the General famed for conquering Rome in the Second Punic War (218 to 201BC) with an army of elephants which he marched over the Alps.  In case you were wondering, they didn’t swim across the Mediterranean from Carthage.  Almost as impressive, though – he marched them from Spain, through France and then up and over the Alps to attack the Romans from the north.

His victory secured Carthage’s domination of the central Mediterranean, but not for long.  By the end of the Third Punic War, just 50 years later, the Romans had conquered the whole of the Carthaginian empire and completely destroyed Carthage.

The Romans recycled the left over bits of Carthage which they found useful, like these once magnificent baths, and the rest was either dismantled or lost over time. 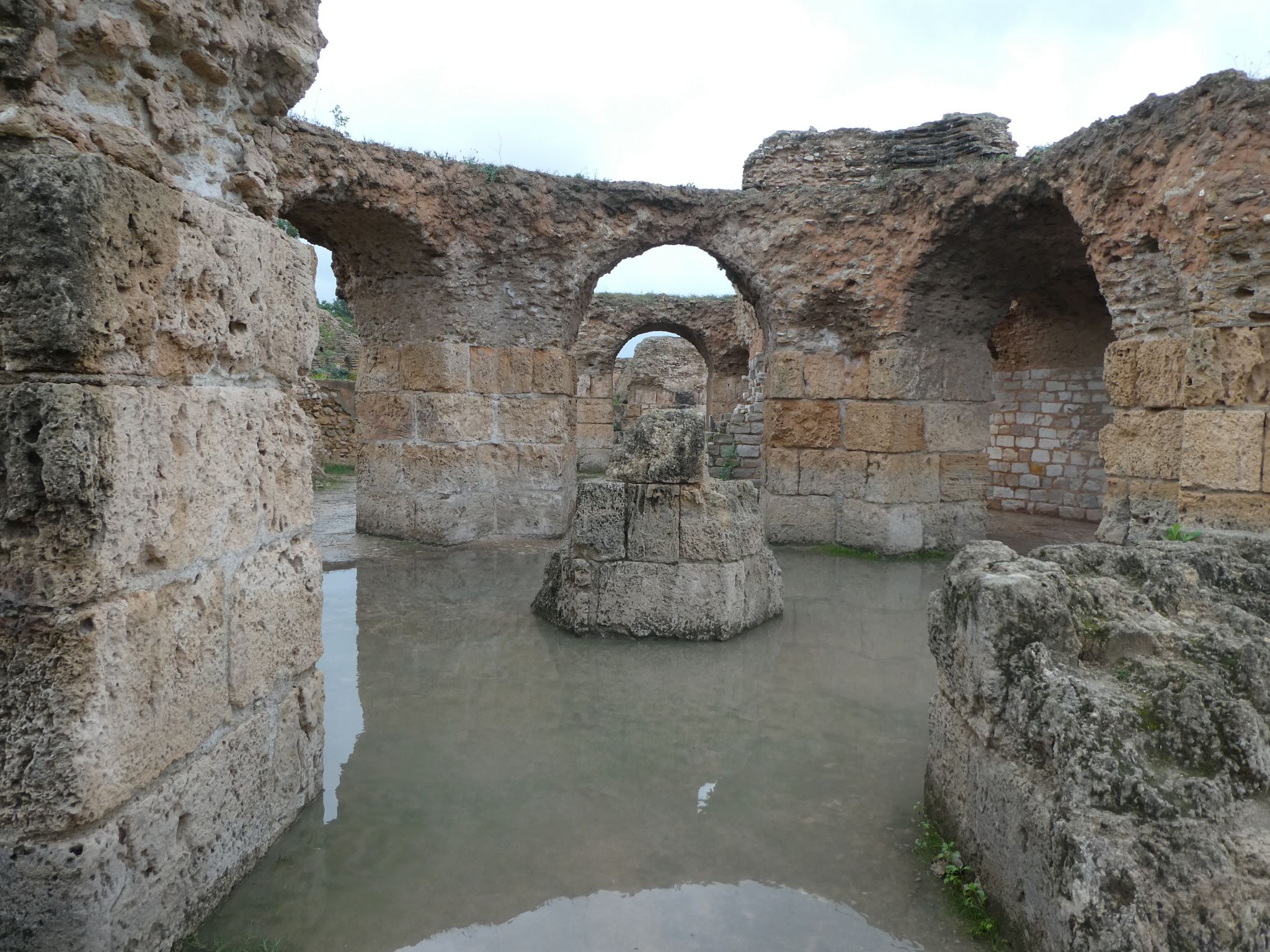 Tunis is a pleasant city, especially in the medina where you can forget the traffic bedlam which blights the city beyond the medina walls.  People are friendly and there’s enough to keep you busy for a few days.  But Tunisia’s real attractions lie further south.  So south we headed, to Sousse.