Around 650kms south-west of Alexandria, just 50kms from the Libyan border, is the Siwa Oasis, a palm oasis surrounded by hundreds of kilometres of desert in every direction.

Siwa is one of Egypt’s most isolated communities.  Until the 1980s there was no road, and its only link to the rest of the world was by camel train across the desert – 560kms east to Cairo or 310kms north to the Mediterranean coast.

Now there’s a road to Cairo, although tourists are forbidden to use it due to security concerns, and a road to Marsa Matruh on the coast.  From Alexandria, it’s 300kms west to Marsa Matruh, then another 310kms south through the desert to Siwa.

Because of its proximity to the Libyan border, security is tight.  Our bus was twice stopped at army checkpoints for identity card checks, and just outside Siwa, everyone was required to leave the bus and all bags were opened and searched.  We were the only non-locals on the bus, and the very polite soldier who inspected the contents of our backpacks looked about 16 years old.  He seemed acutely embarrassed to be fishing through Julie’s underwear!

Jokes aside, Australian Government Smart Traveller currently advises ‘do not travel’ within 50kms of the Libyan border, and whilst we had no trouble, if you are contemplating coming here, check the advisories and make up your own mind about risks.

The community living at the Siwa Oasis are Berbers who have developed a unique culture and distinct language due to their isolation.  They are deeply conservative Muslims.  Most women wear the burka.  With the exception of a few roadside vegetable sellers, there were no women working in any of the shops or businesses in Siwa town.

Siwa town is not much more than a village in the middle of the oasis.  Apart from a few buzzy motor cycles, it’s just a quiet little place and you could walk every street in a total of about 30 minutes. 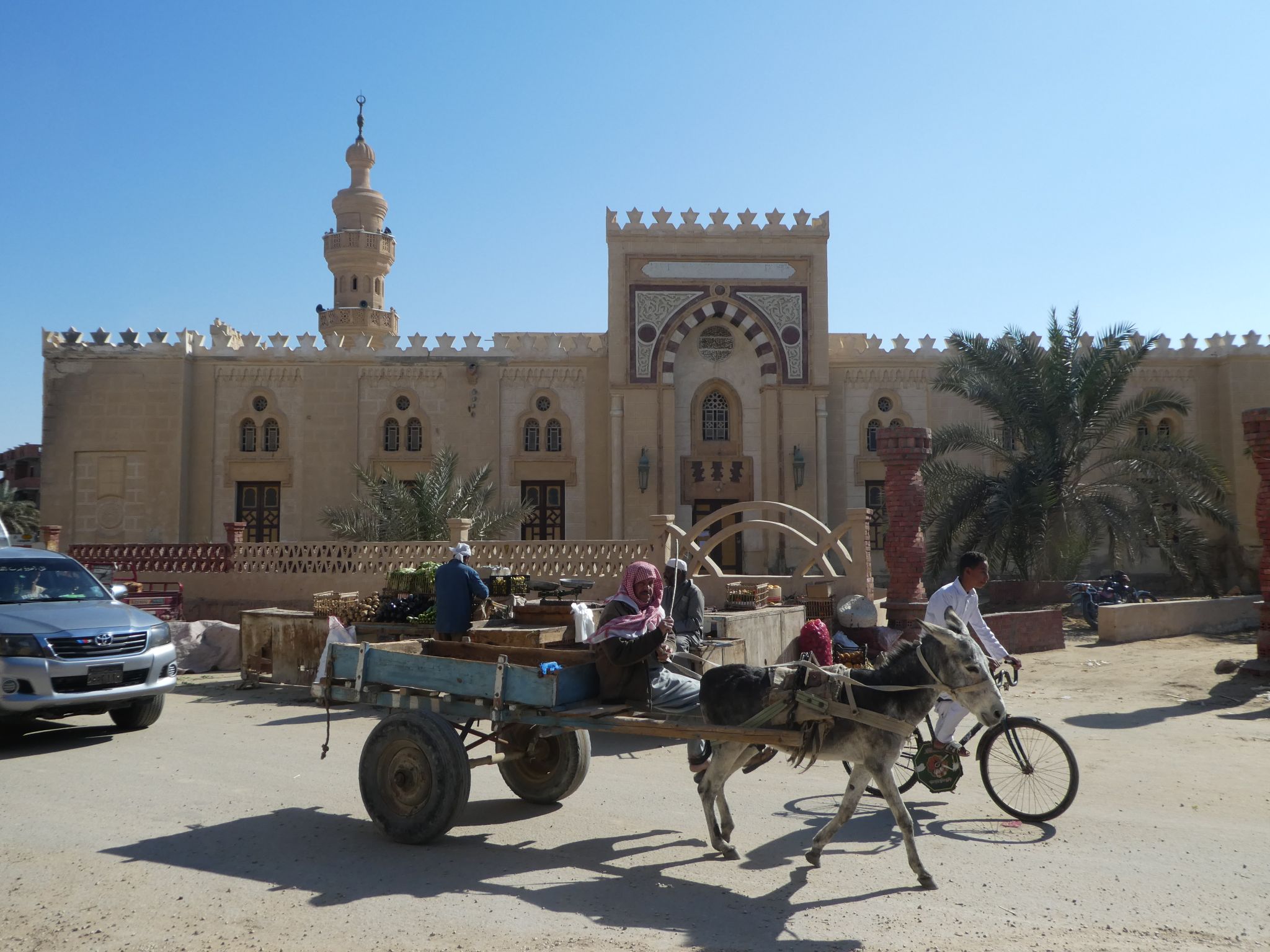 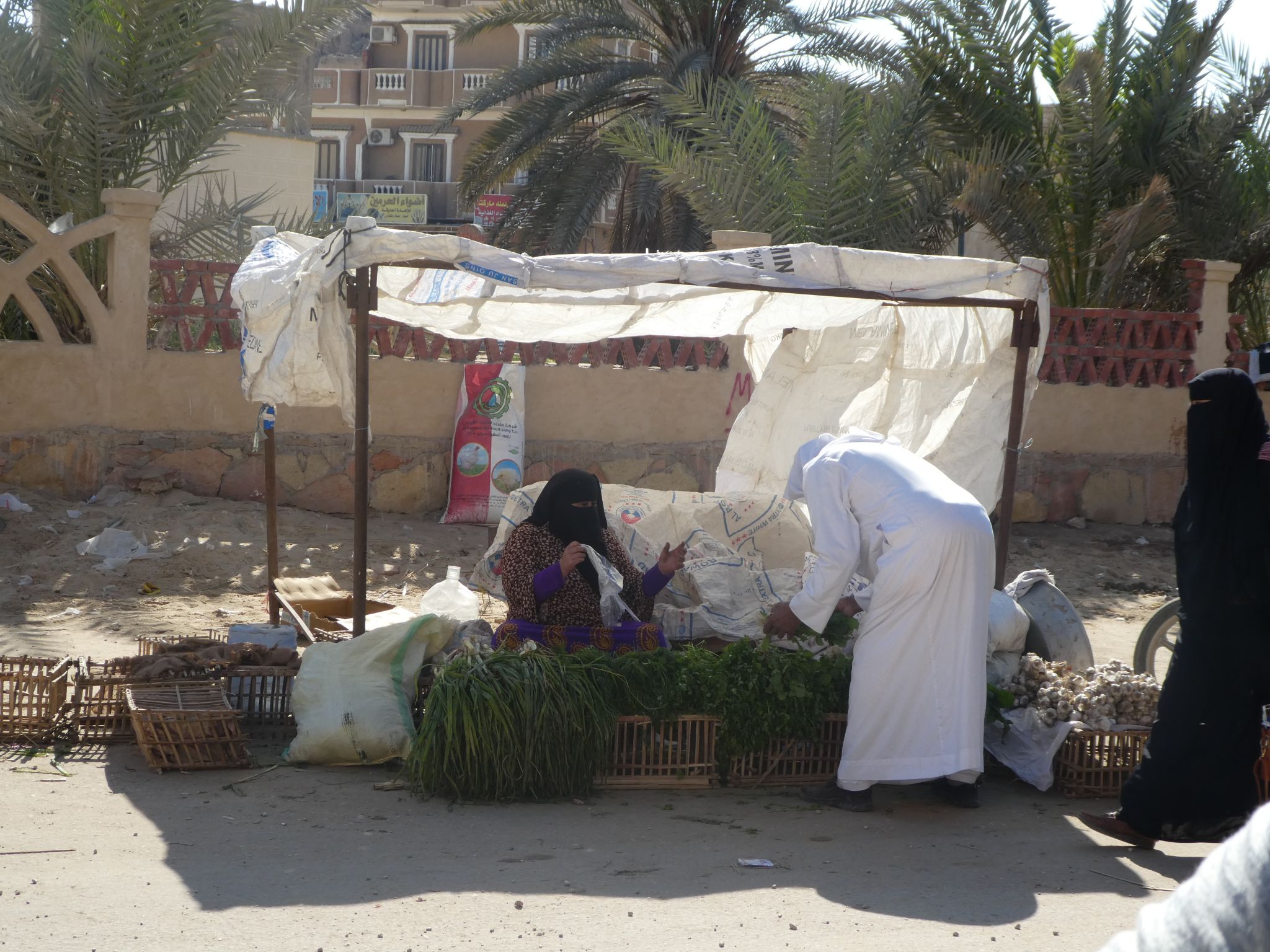 So why come here?

Firstly, there are the ruins of Shali Fortress.  Constructed in the 13th century, it was built out of kershif, a mix of salt and mud, in an elevated position atop a natural rocky outcrop for defensive purposes.

The Fortress stood for over 700 years, continuously inhabited, until three days of rain in 1926 caused such extensive damage that the residents were forced to abandon it.  Guess it doesn’t rain too often out here. 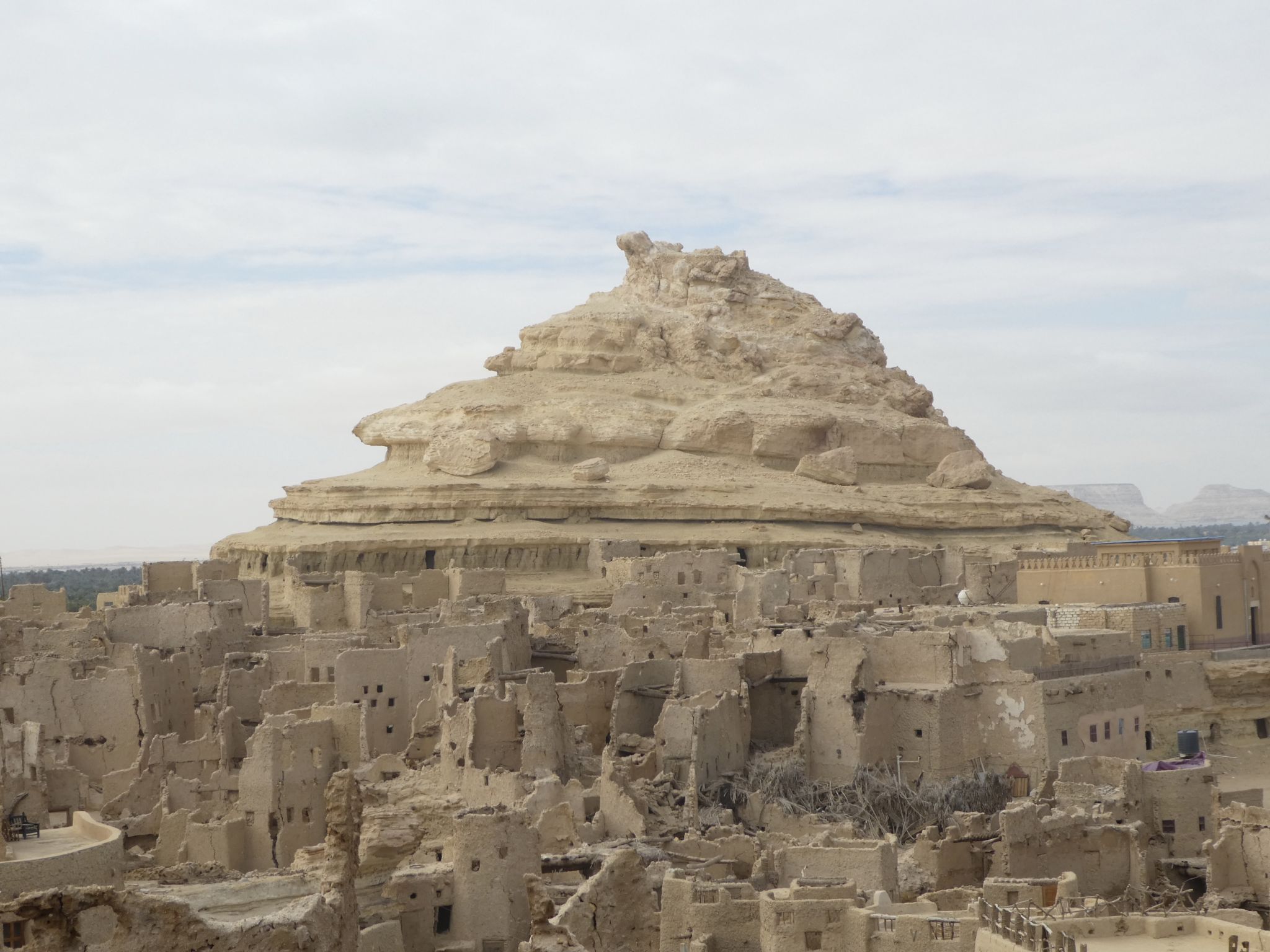 The only Fortress building left in good condition was the original mosque.  Still used for daily worship, it is the oldest mosque in the world constructed of kershif. 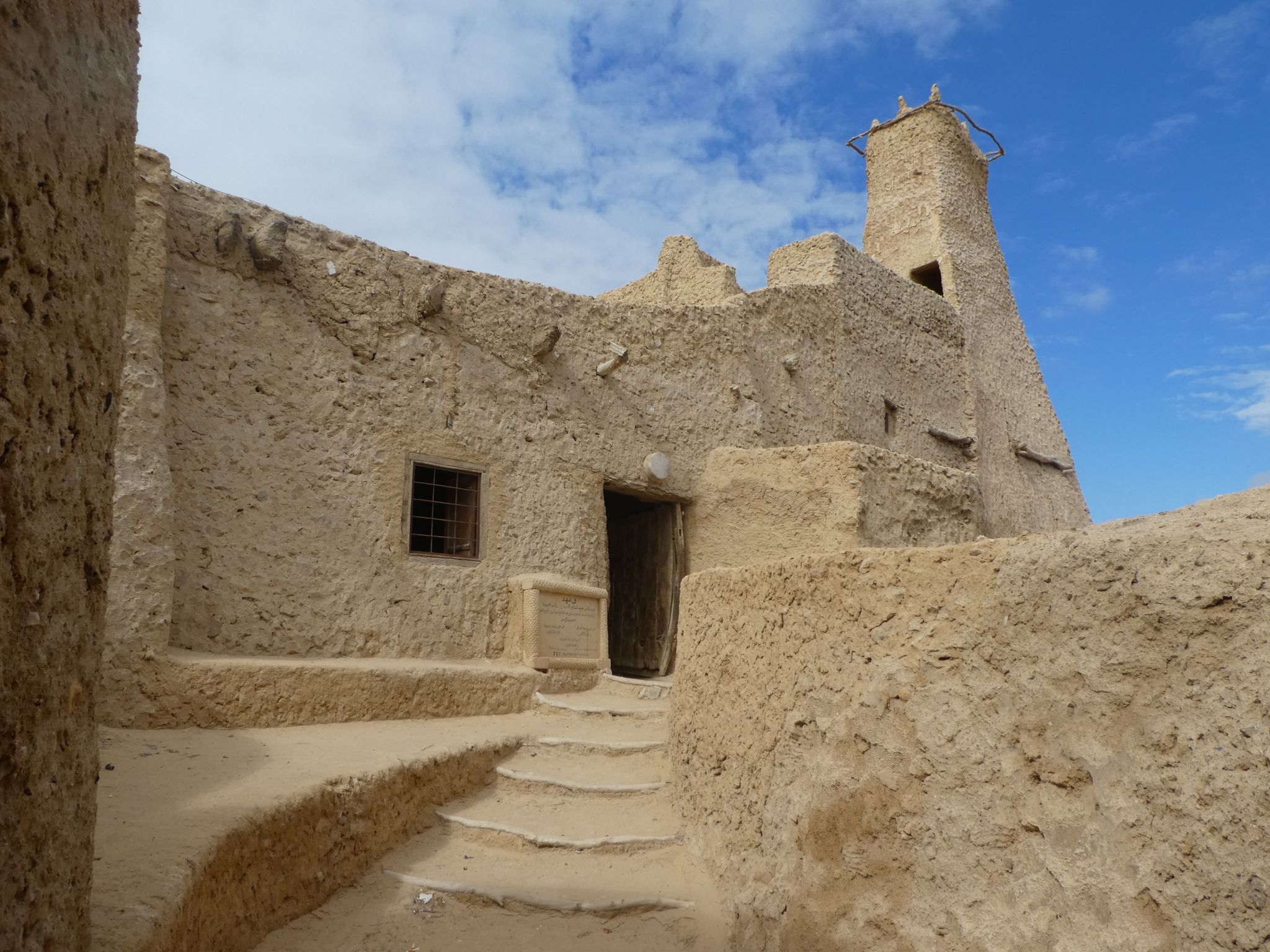 And although most of the new town is constructed of mud brick or modern materials, there is a move toward restoring some of the ruins into habitable buildings using the old building technique to preserve the character of the area.   Some technology has arrived in Siwa – we withdrew cash from what is said to be the only mudbrick bank in the world! 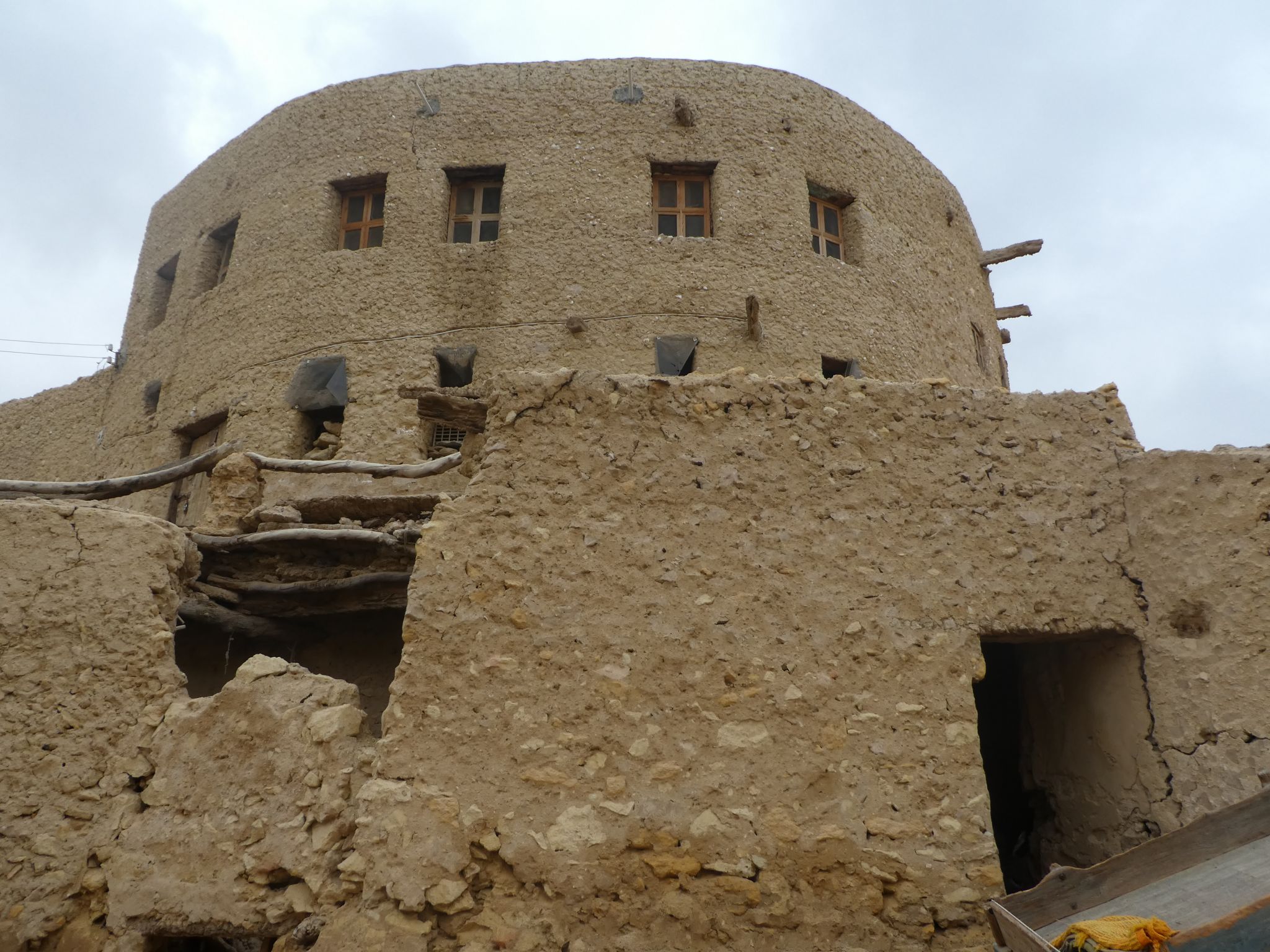 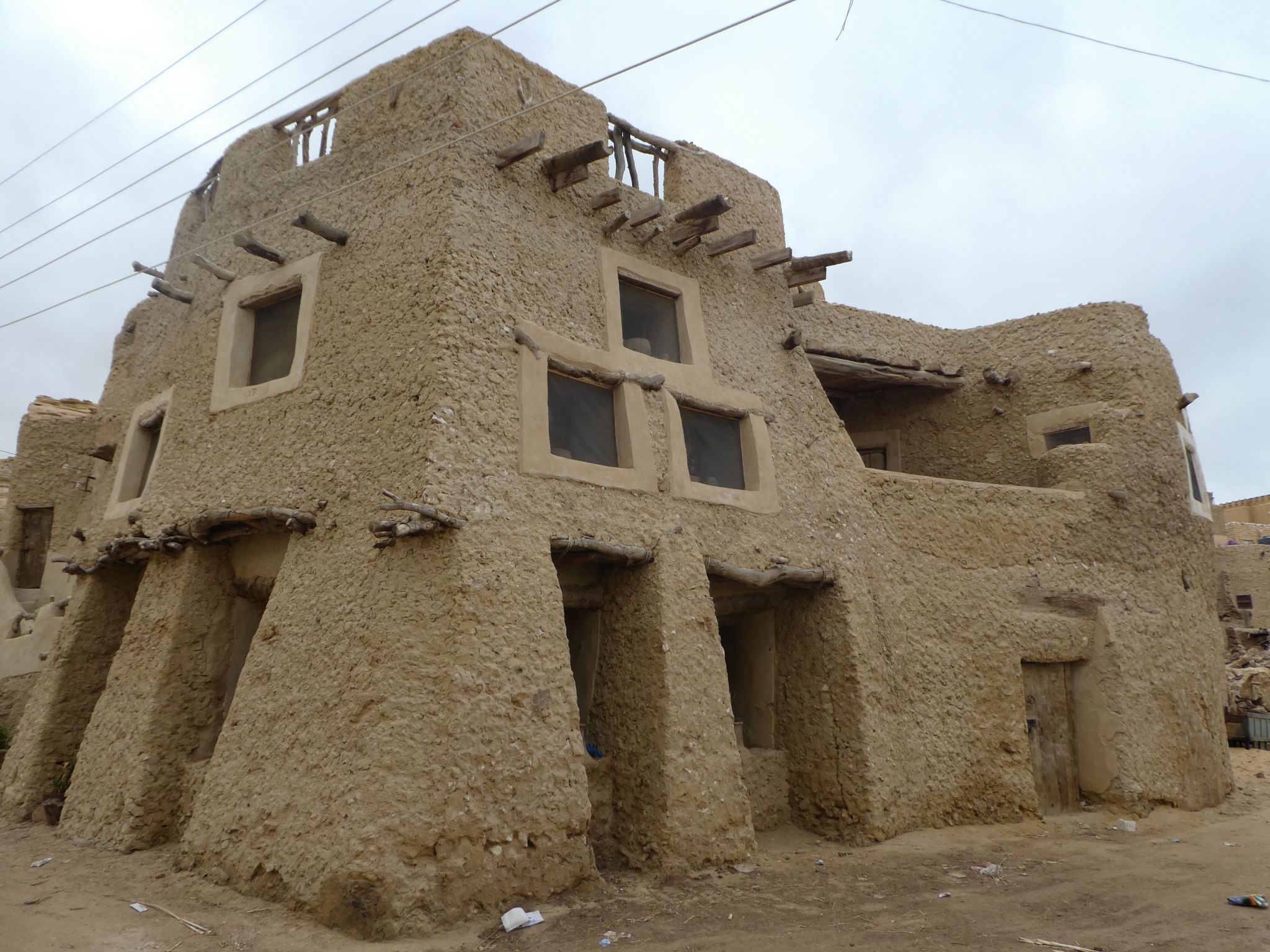 The oasis is not small.  It has around 300,000 palm trees, 70,000 olive trees and a number of fruit orchards.  What enables such productivity is about 300 natural springs dotted throughout. 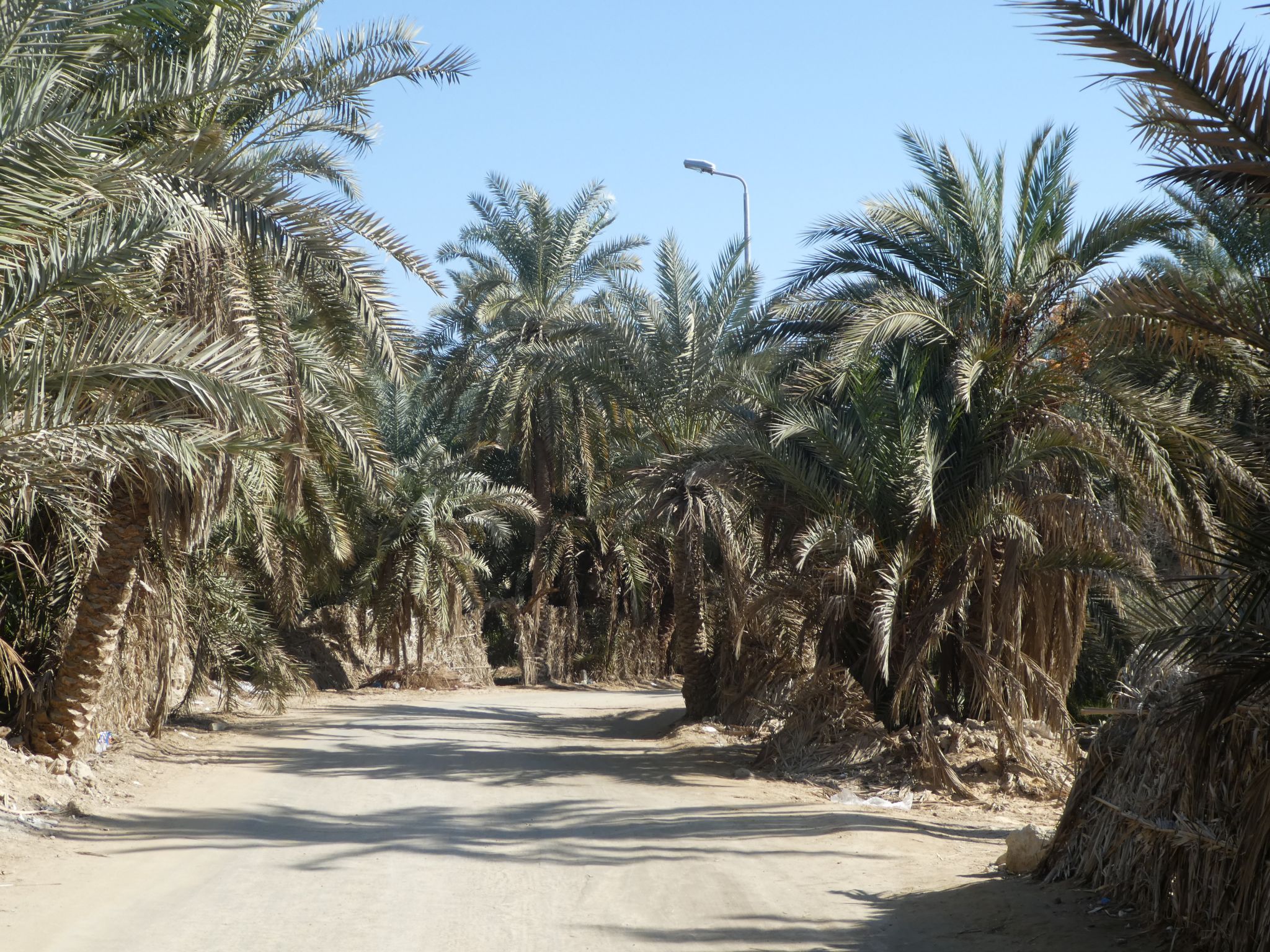 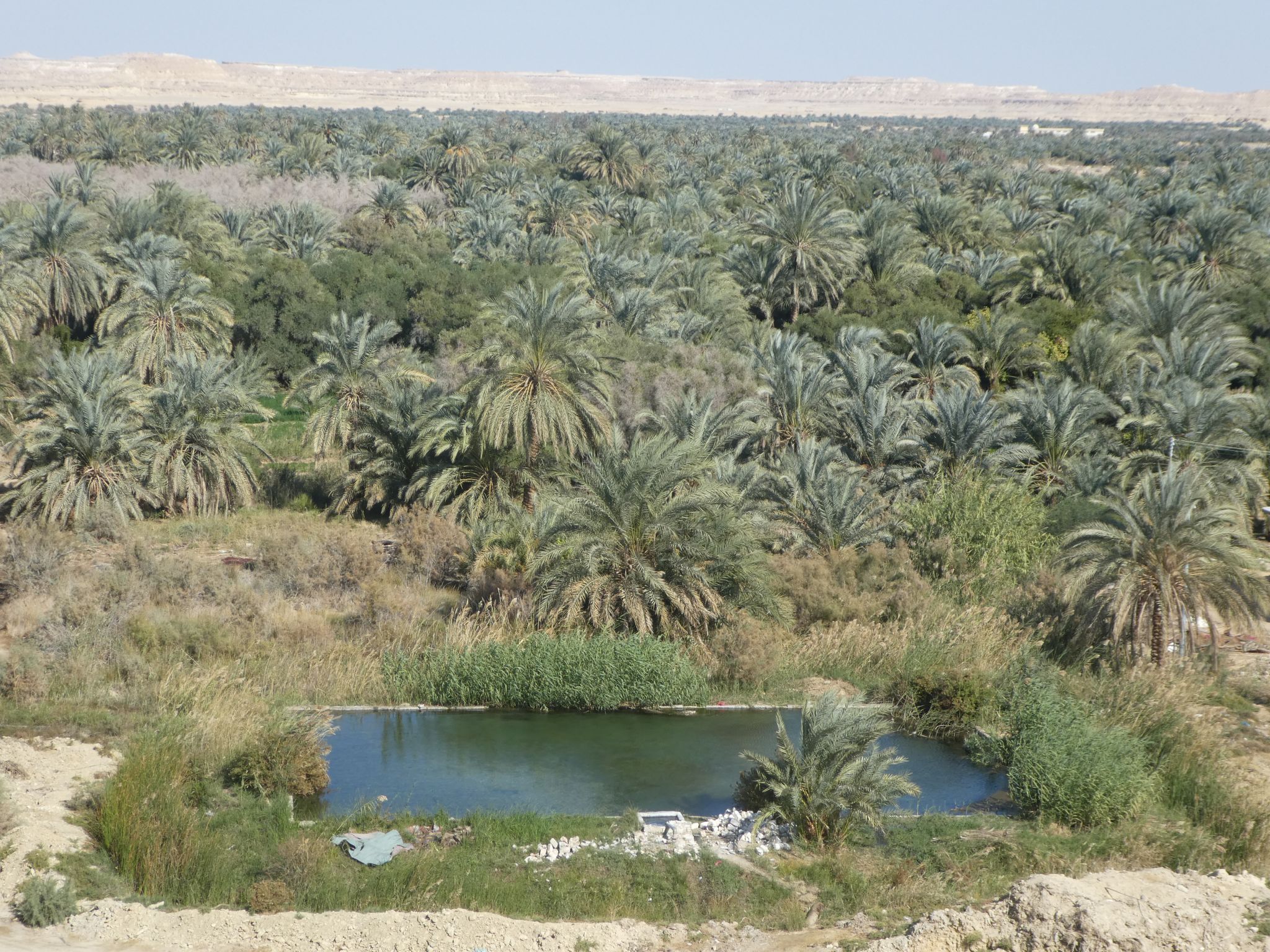 As is common throughout north Egypt, locals build elaborate dovecotes to house pigeons, a common food in Egypt. 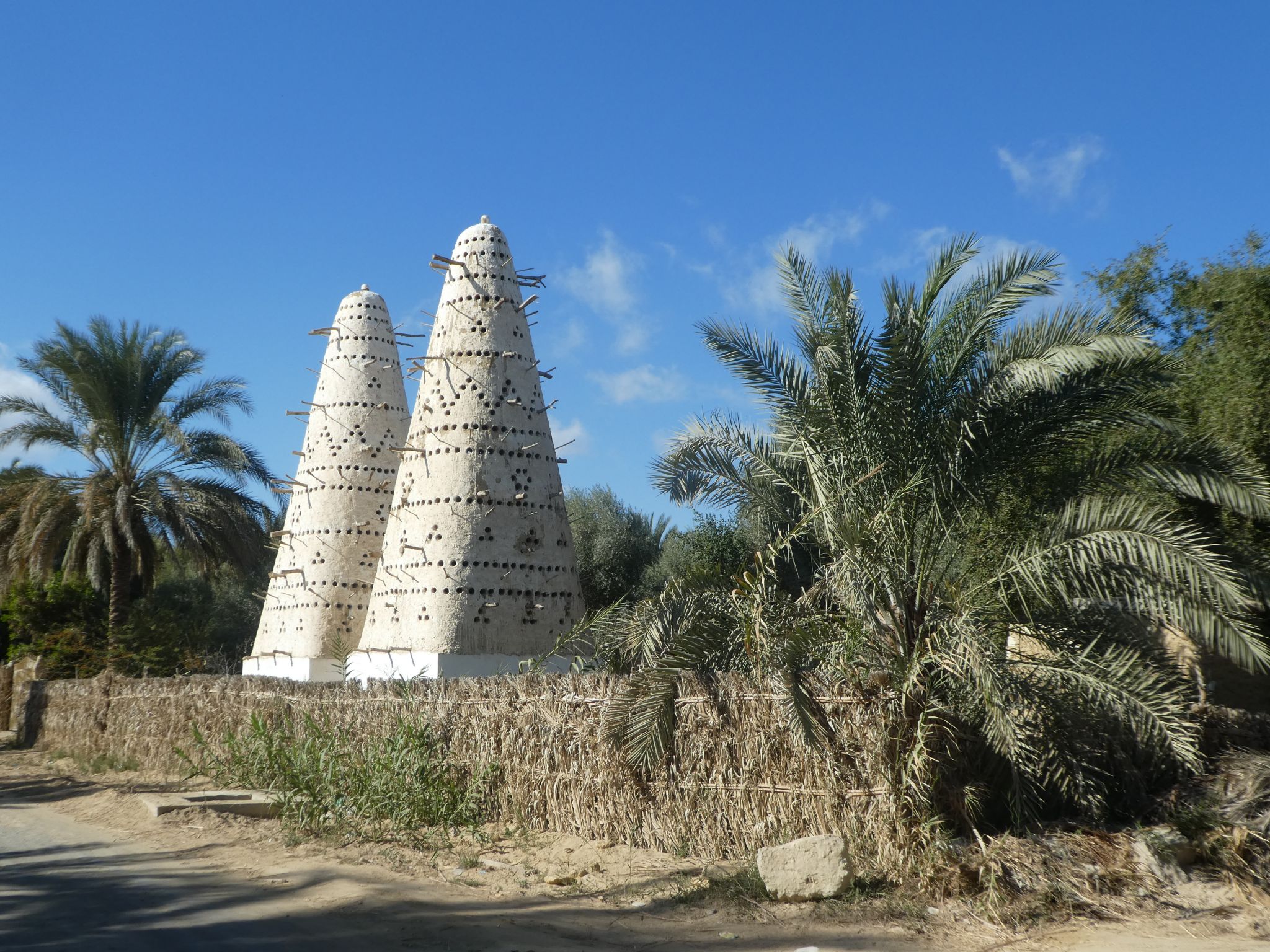 Hidden in the palm trees in various locations out of the town are a number of other ancient sites.   In a circuit walk through the palms, you can see the Cleopatra Spring, The Temple of Umm Ubayd and The Oracle Temple.

Cleopatra Spring is one of many hot springs in the oasis around which a stone pool has been constructed for bathing.  The name is a total misnomer.  Despite the Egypt Tourism Authority’s claim that the spring is ‘where the Egyptian Queen herself is said to have swam on her visit to Siwa’, there is no historical evidence that she ever came to Siwa, let alone dipped her body in any of its springs.

So it’s historical significance is questionable, but it’s a nice walk through the palms to the spring and a shady, pleasant spot for a cold glass of juice. 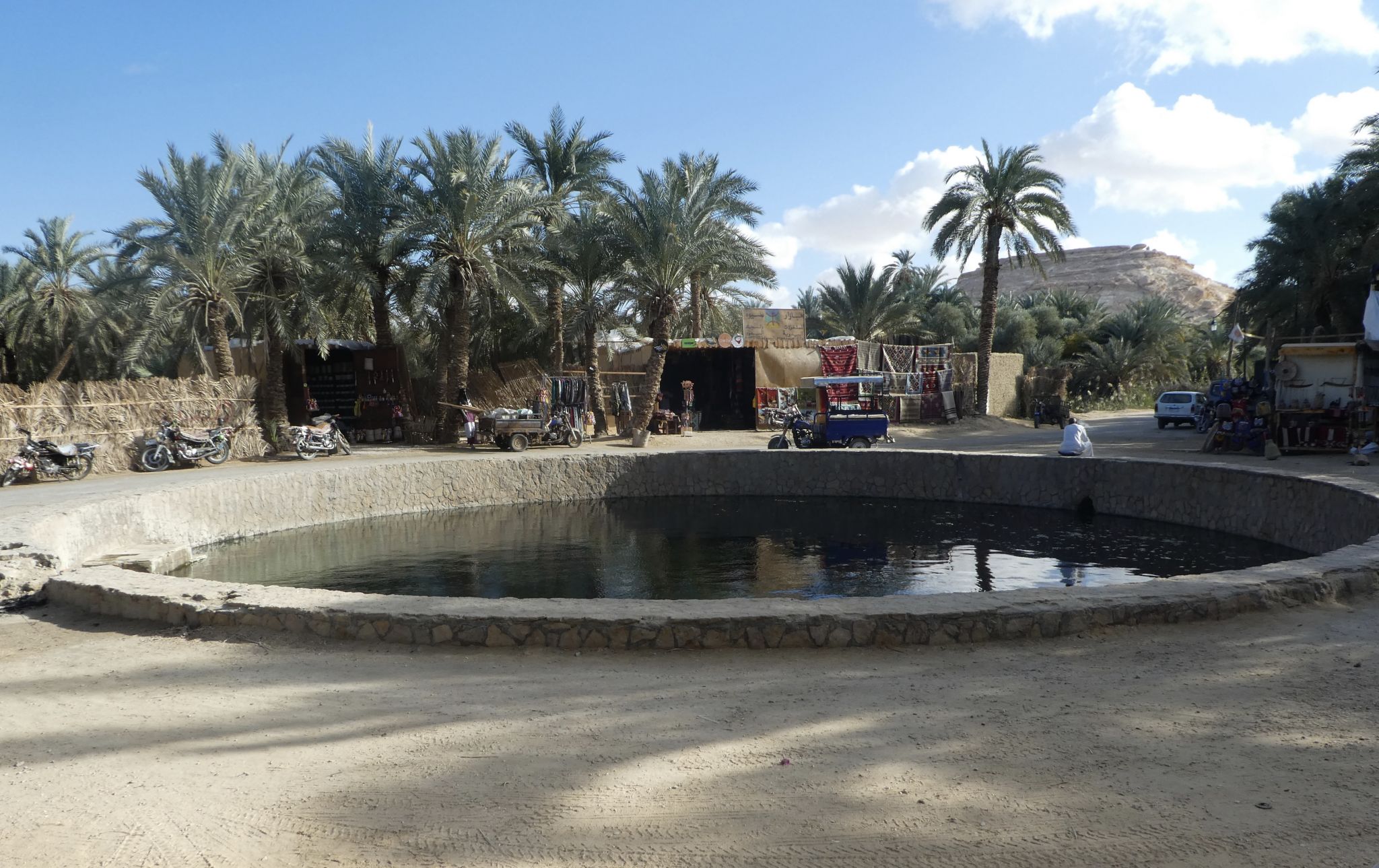 A further stroll will bring you to the ruins of the Temple of Umm Ubayd.  Believed to have been built around 380BCE, the temple stood until being dynamited in 1896 on the orders of the Ottoman governor, apparently a culturally ignorant idiot, to create stone blocks to build a new town mosque and police station. 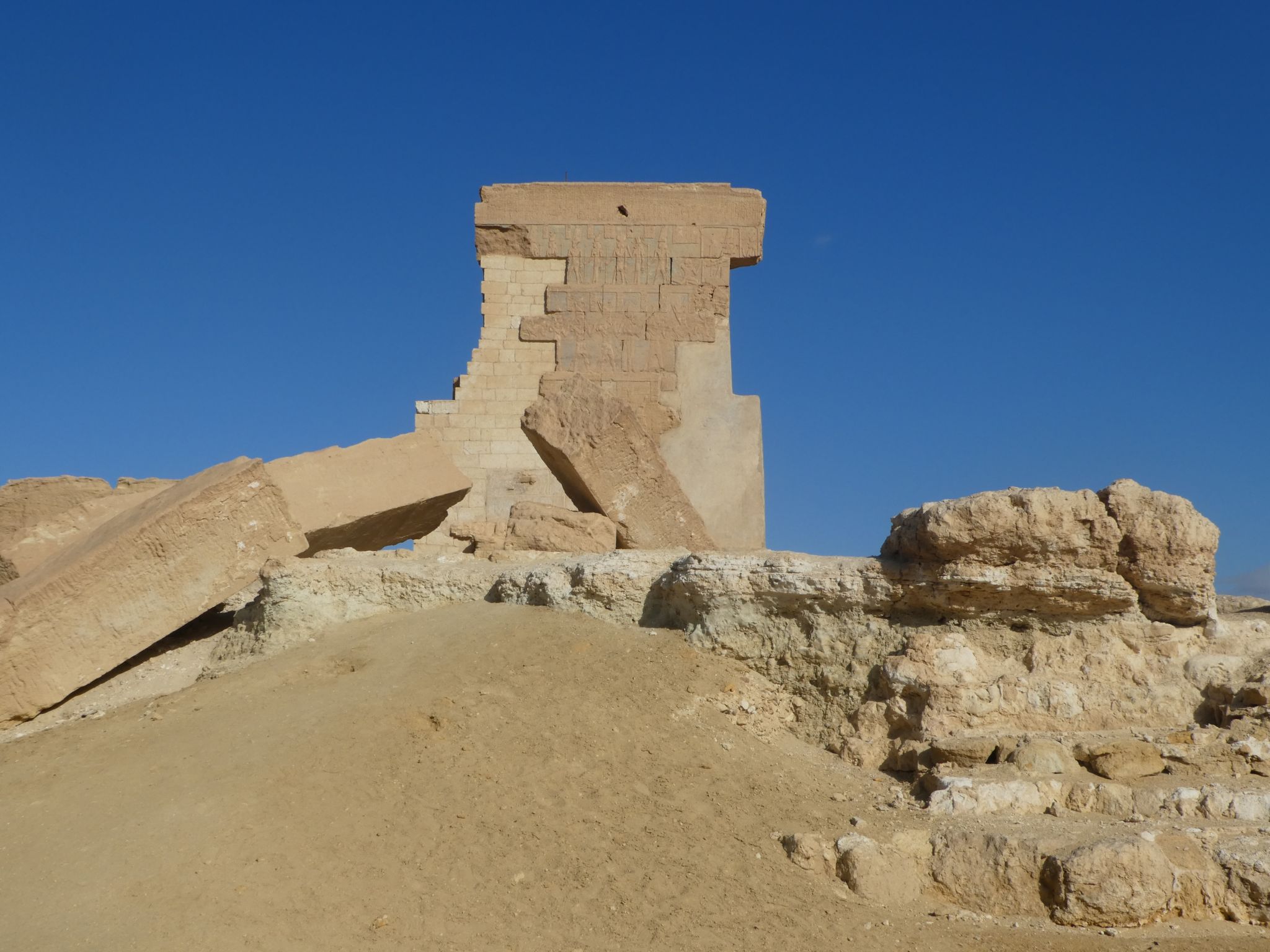 Continuing on, there is Siwa’s most famous monument.  The Temple of the Oracle of Amun was built in the 6th century BCE, at a time when Oracles were very much taken seriously.

When Alexander the Great entered Egypt and embarked upon his quest to conquer the Persian Empire, he travelled to Siwa.  His court historians recorded that the Oracle confirmed Alexander was a god – the son of Zeus, no less – and the legitimate pharaoh of Egypt.  Well, they were hardly likely to record anything else, were they! 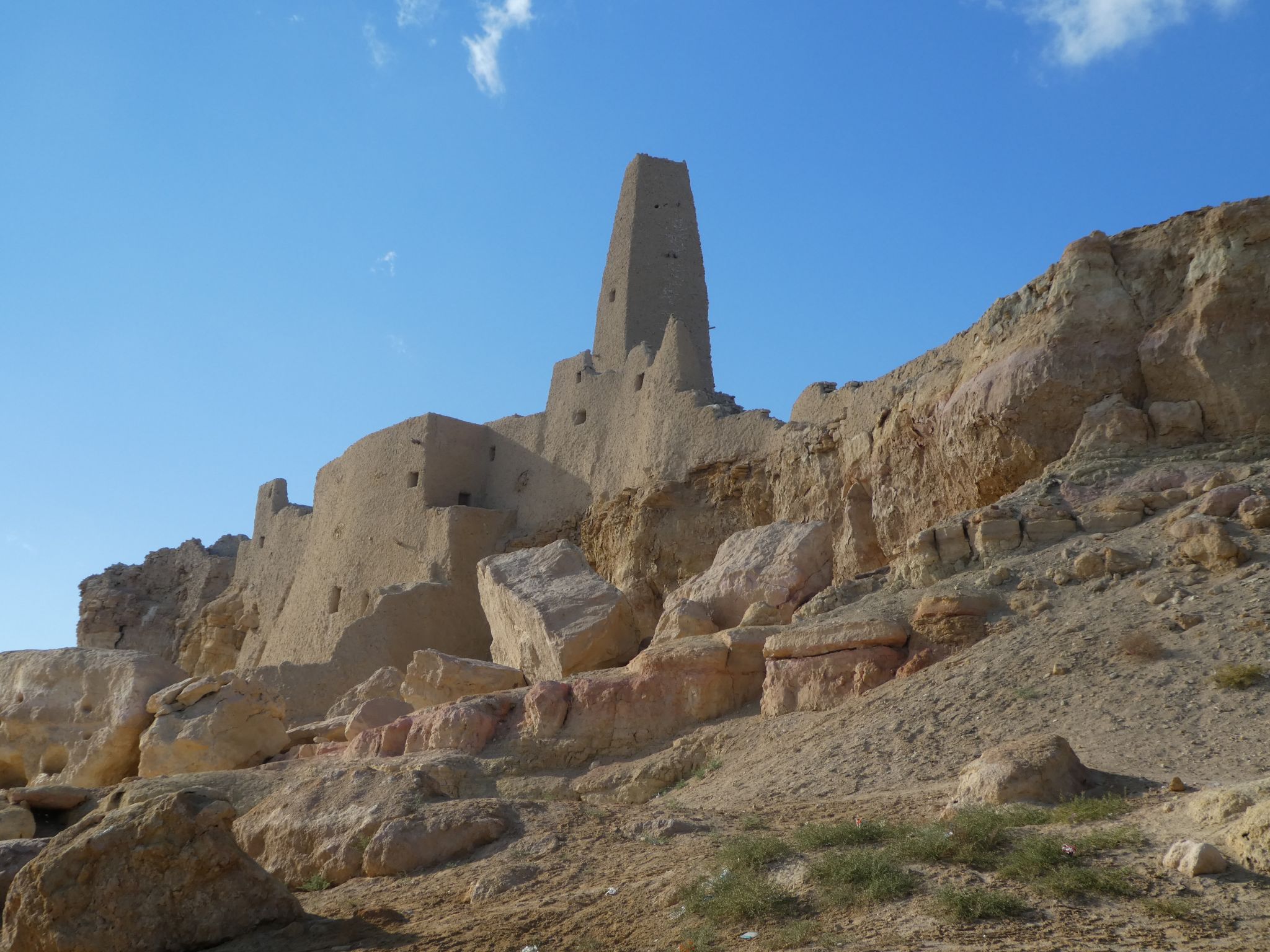 Just north of Siwa town is Jebel El Mawta, literally ‘the Mountain of the Dead’.  This small hill has tombs poked into every nook and cranny of the hillside.  Built between about 600BCE and the end of the Roman era, they were re-used by Siwans as shelters during WWII when the Italians bombed the oasis as part of the Axis’ powers campaign to gain control of North Africa. 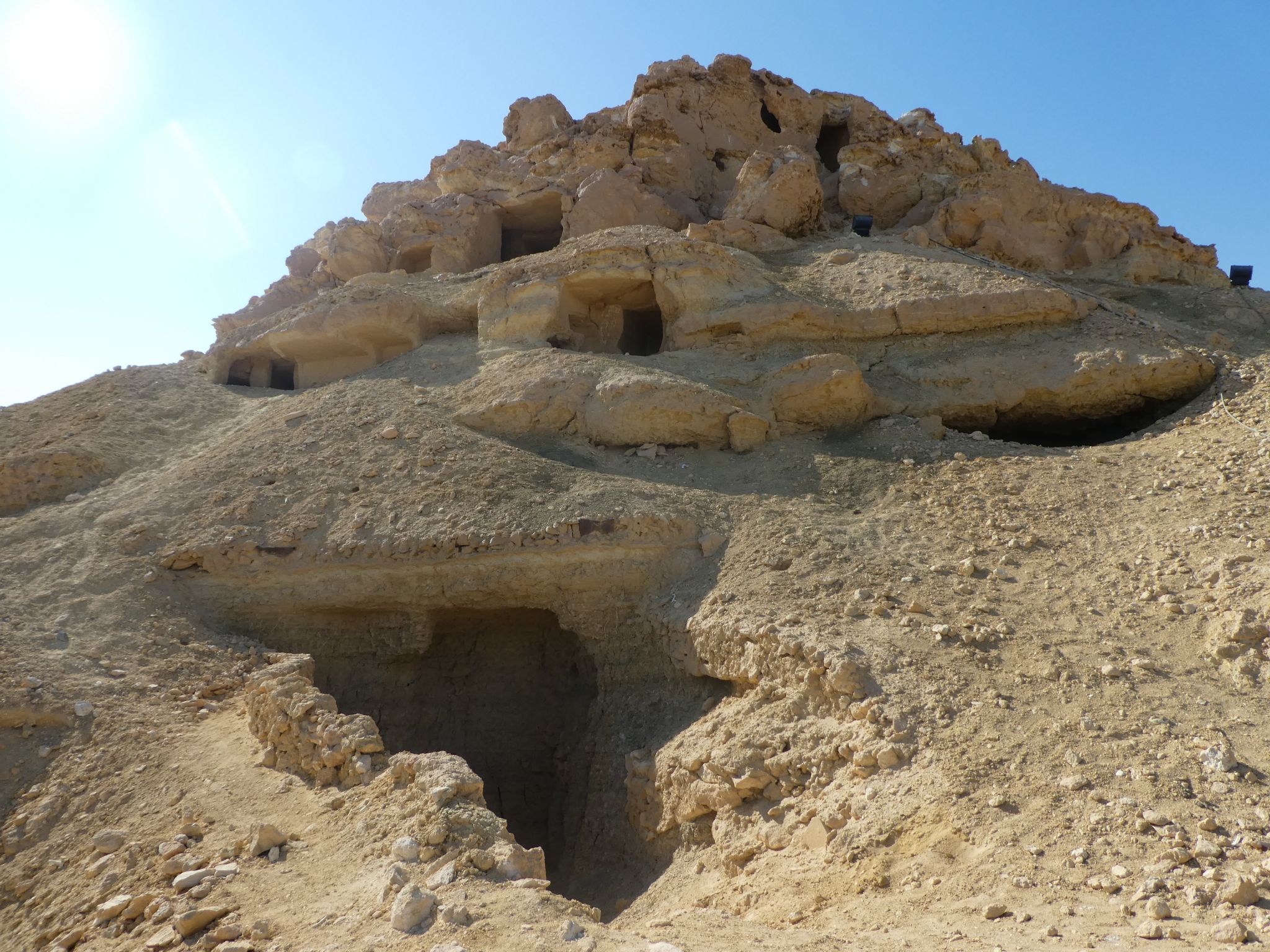 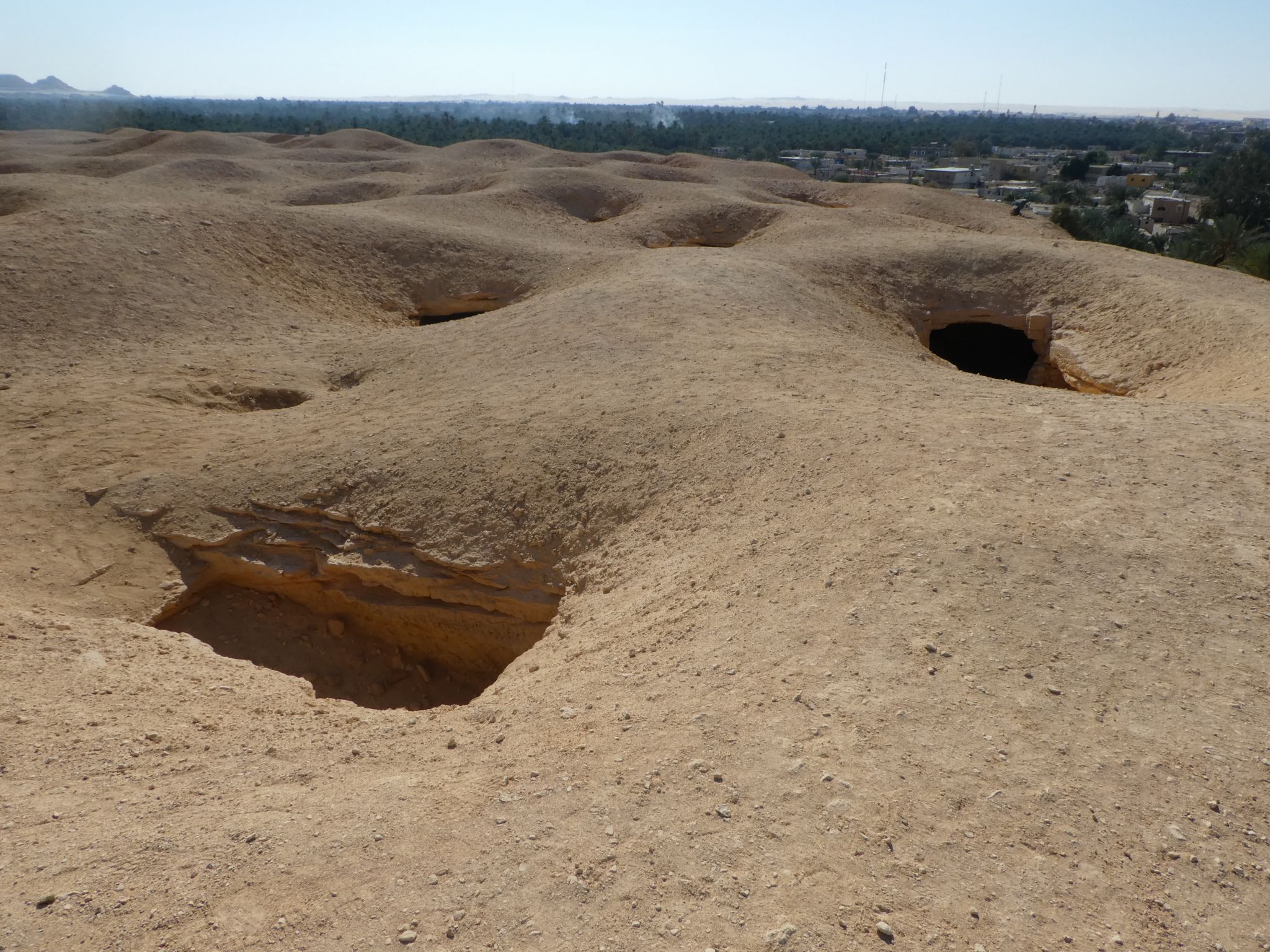 From the top there are some good views over the palms. 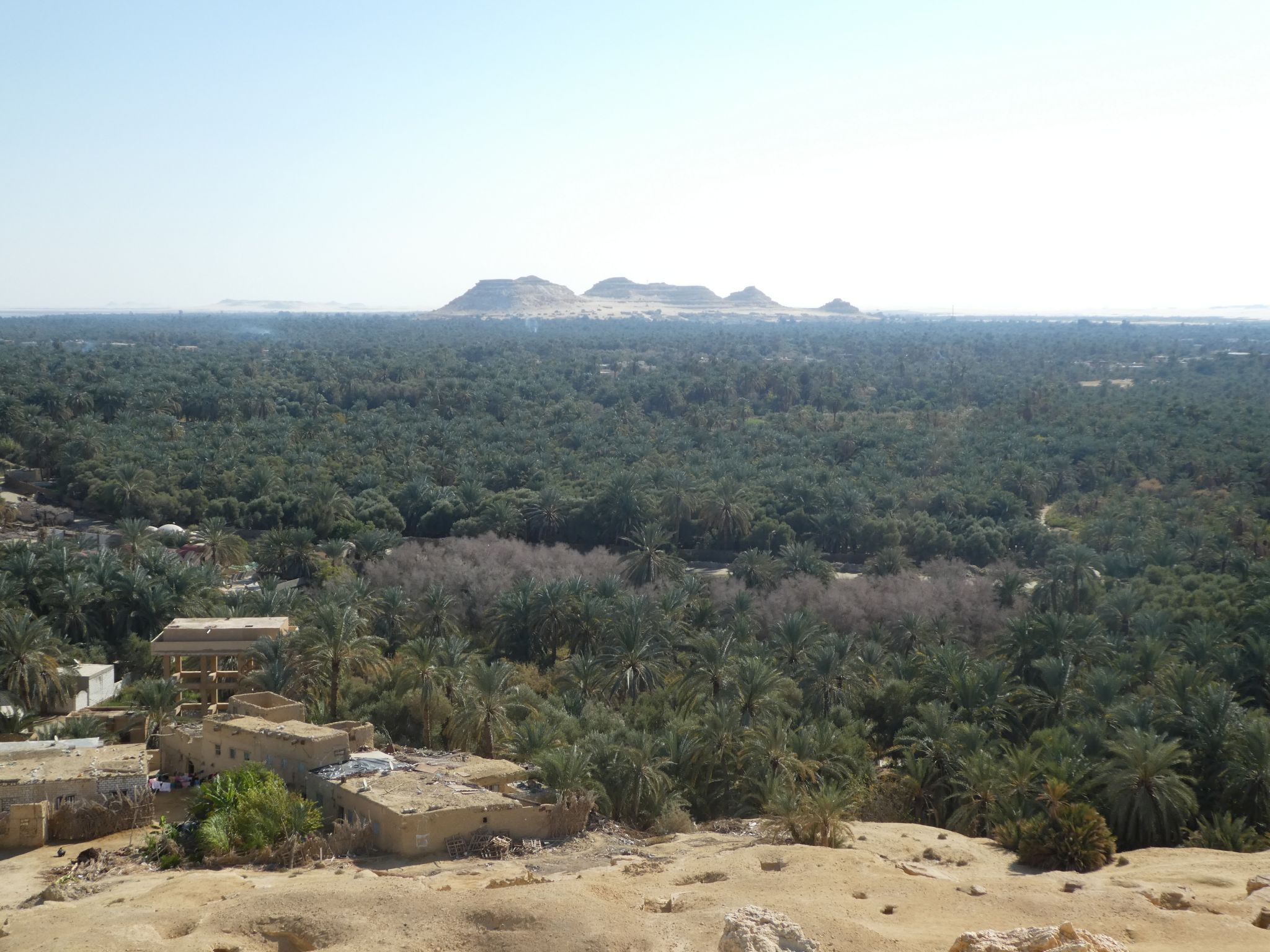 There’s not a lot of nightlife in Siwa, but a tuk tuk ride out to Fatnas Island to watch the sunset is nice.  Within the oasis, 6kms from Siwa town, Fatnas Island is connected by a causeway across the slightly salty Siwa Lake.  The island has a date plantation and a small cafe serves cold drinks and coffee while the sun sets over the lake. 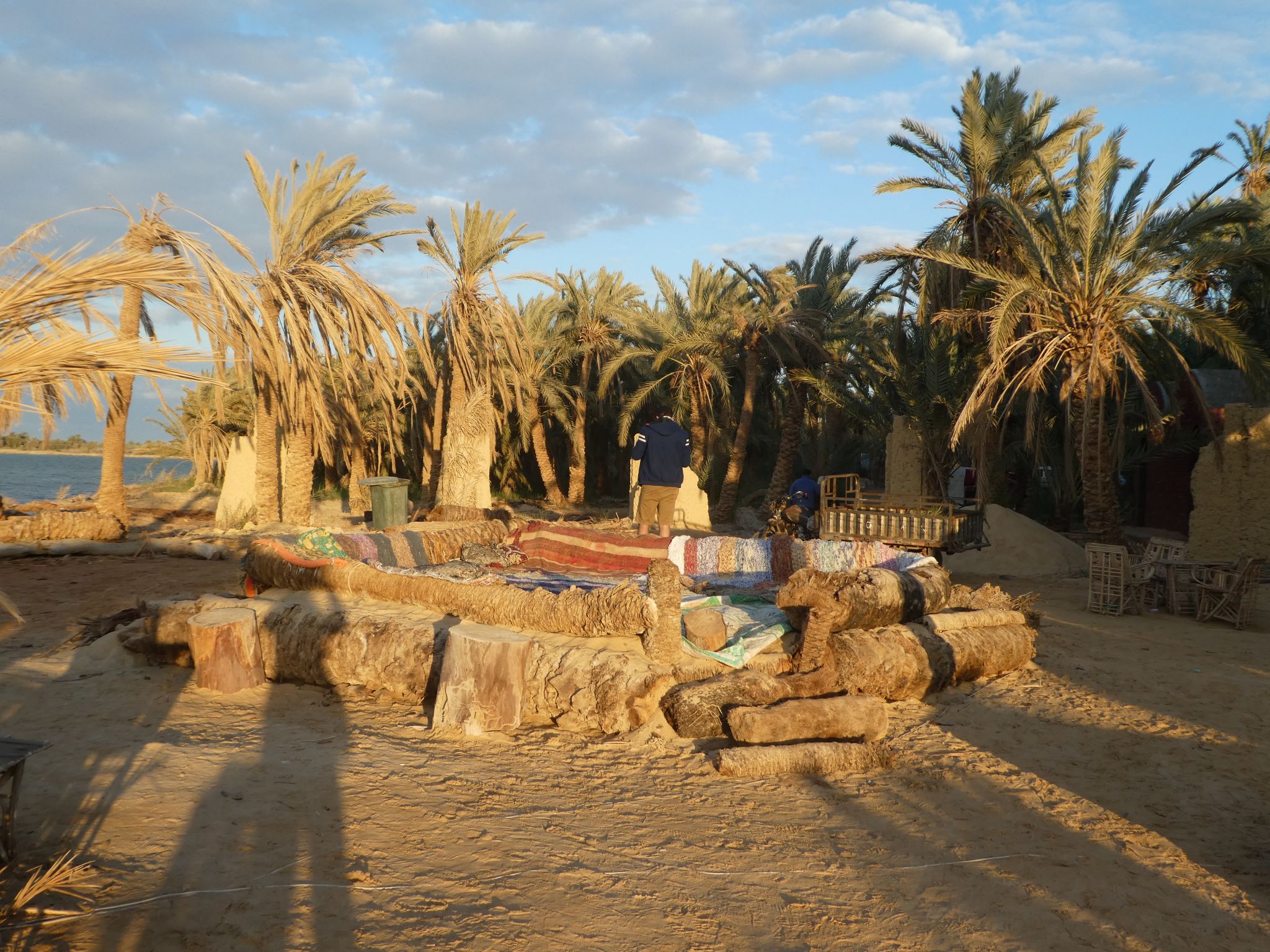 We had a very nice few days R&R at Siwa, staying in a traditional mud brick guest house. 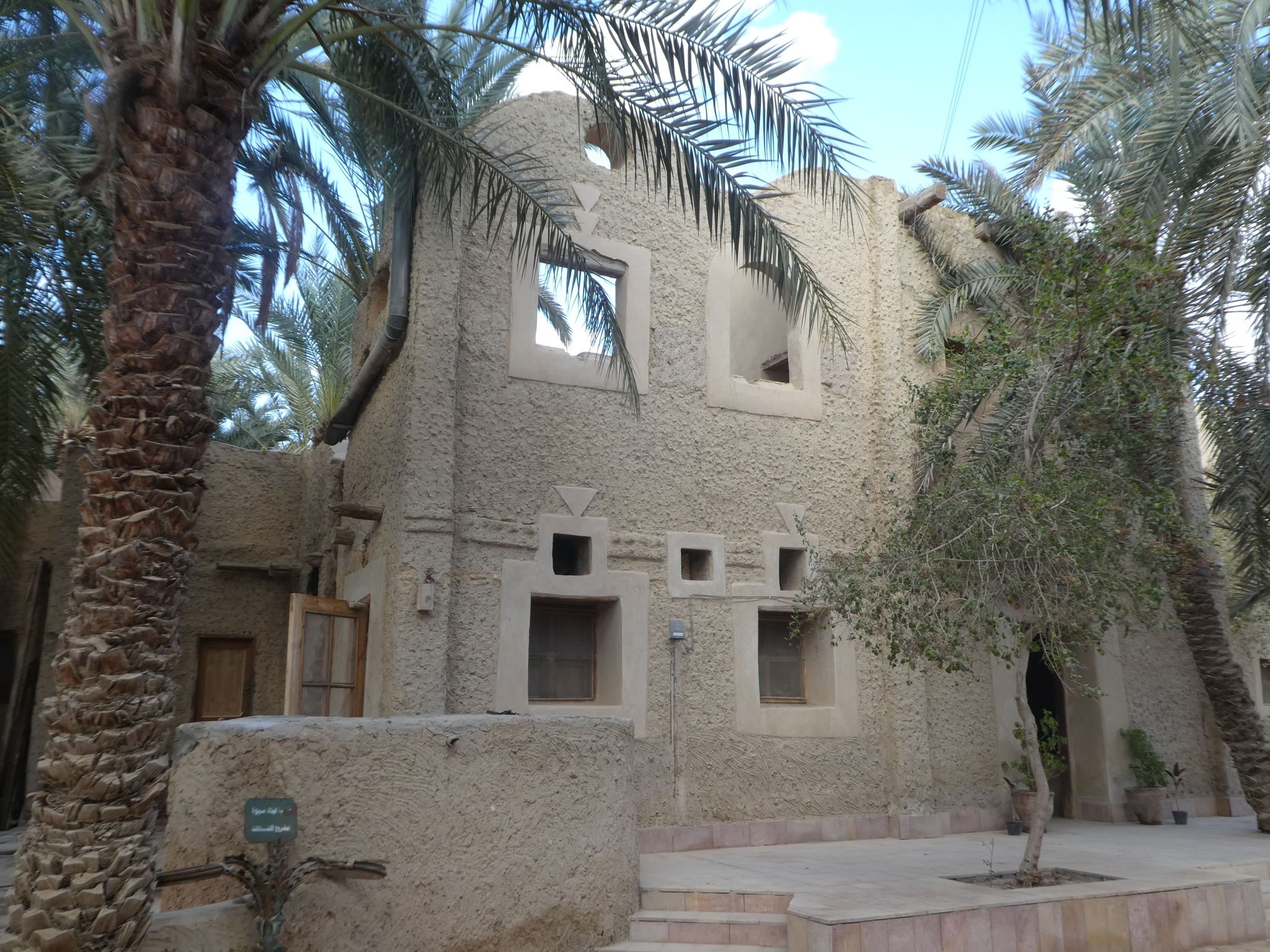 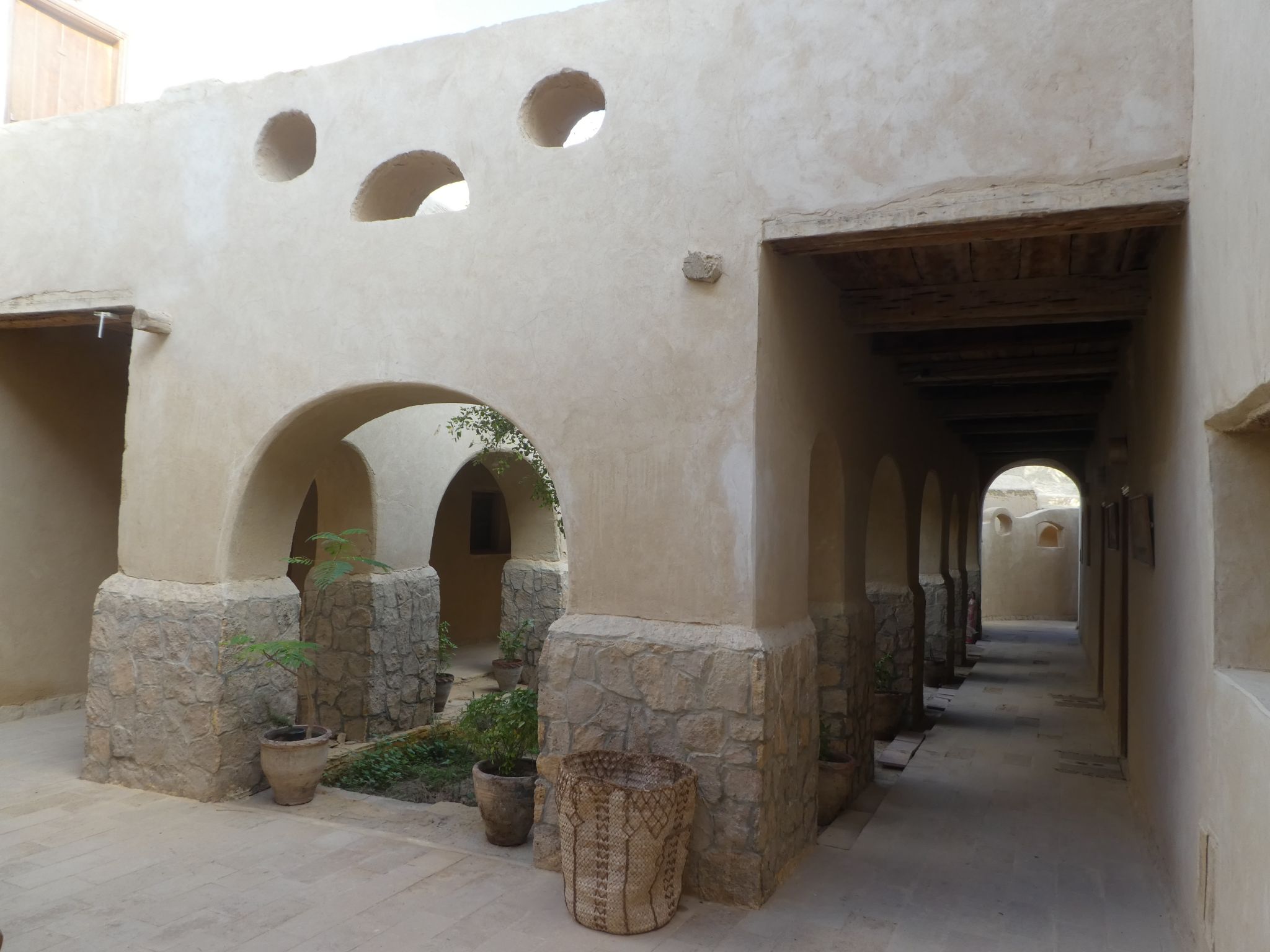 We walked in the palm groves, drank mint tea and generally enjoyed the unhurried pace and lack of tourists.  And although Siwa has its historic sights, it’s really this peaceful ambience which is its best attraction.