Good wine, pork, hot showers, flushing toilets, internet.  After three months in North Africa in places where some or all of these were the stuff of fantasy, Madrid felt like free-falling into a duck feather quilt of 21st century comforts.

Madrid was cold.  Some freak weather formation had caused a deep freeze over most of continental Europe and Madrid was on the edge of it.  But the days were clear and bright, the streets were quiet, and being winter there were very few tourists around.  We loved it.

Madrid has a feel of genteel elegance.  In the central area, it’s just block after block of beautiful buildings.  A centre made for strolling, packed as it is with old palacios, churches, convents and public squares. 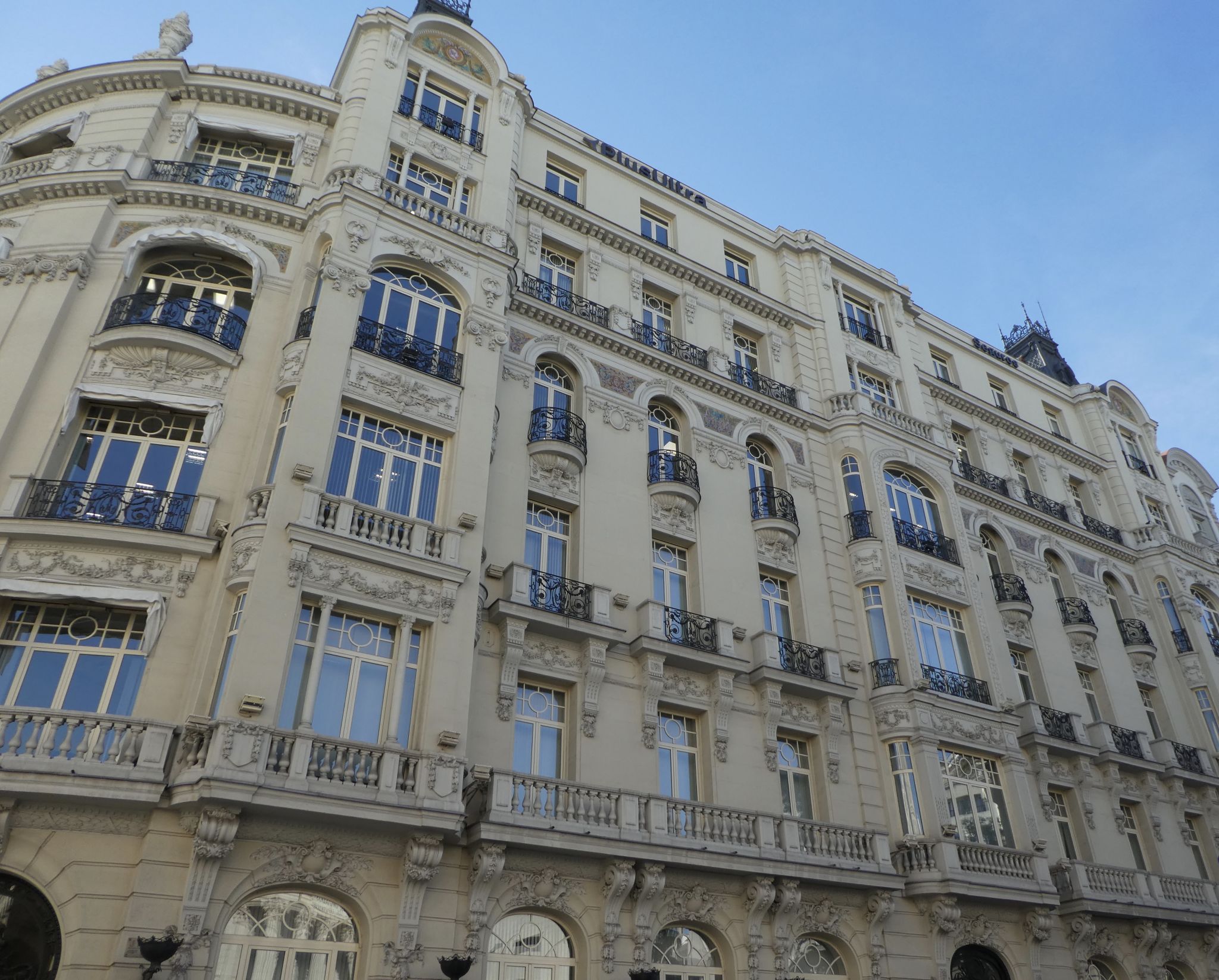 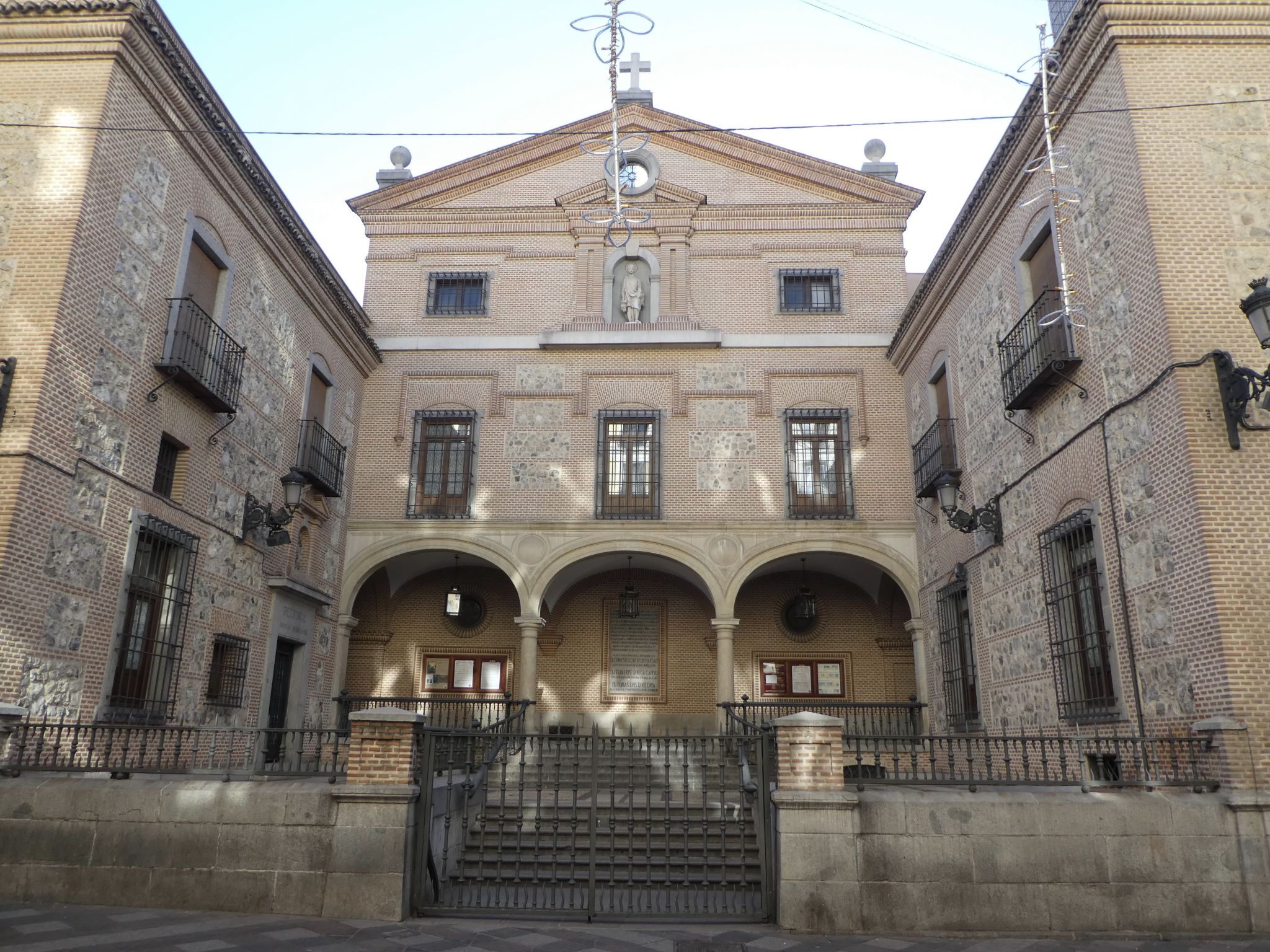 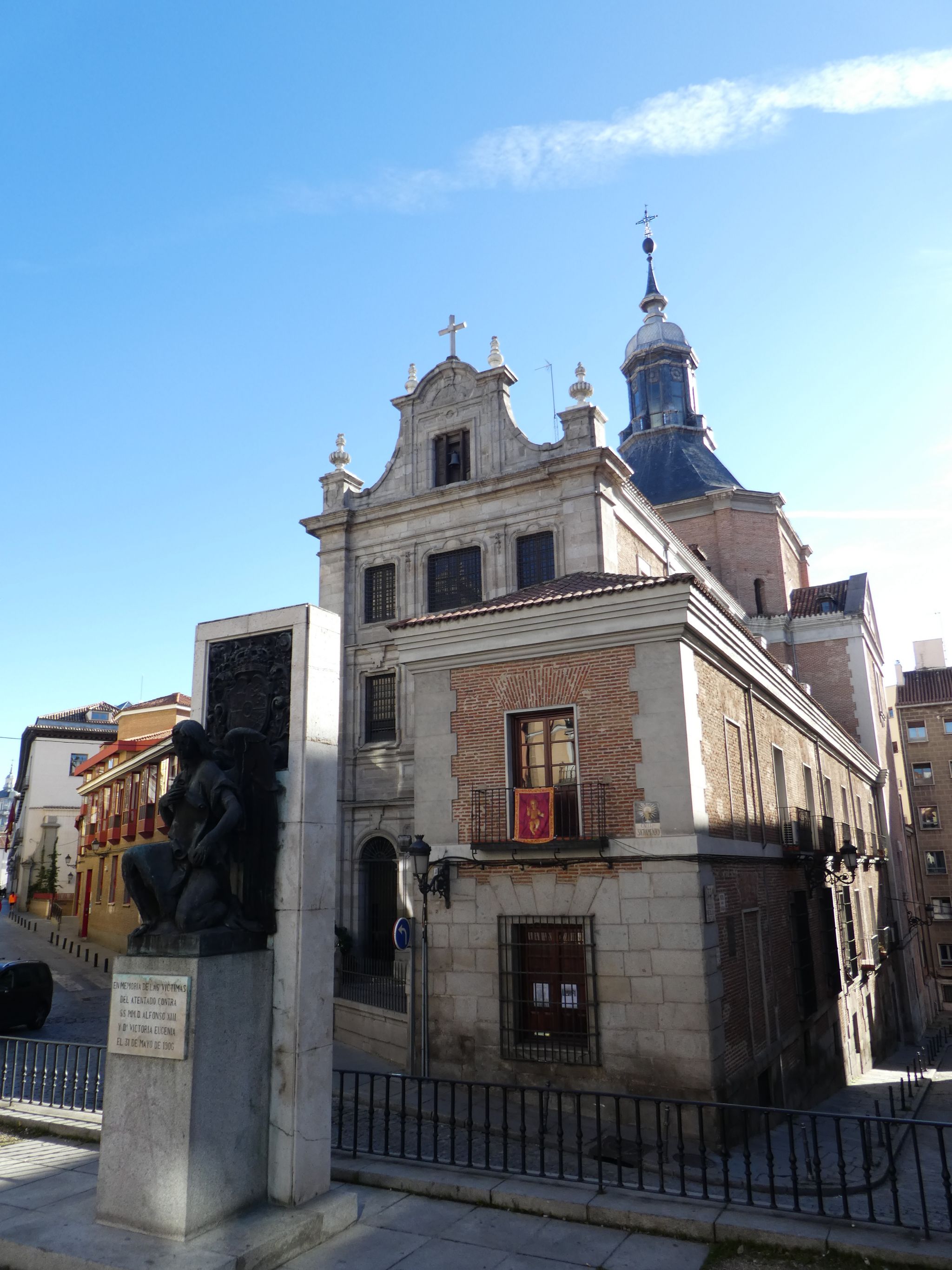 Plaza Mayor, once the centre of Old Madrid, was inaugurated in 1619 and has been used for everything from markets to bullfights to public executions.  Watching it all from the side is Restaurant Botin, recognised by the Guinness Book of Records as the oldest continuously operating restaurant in the world. 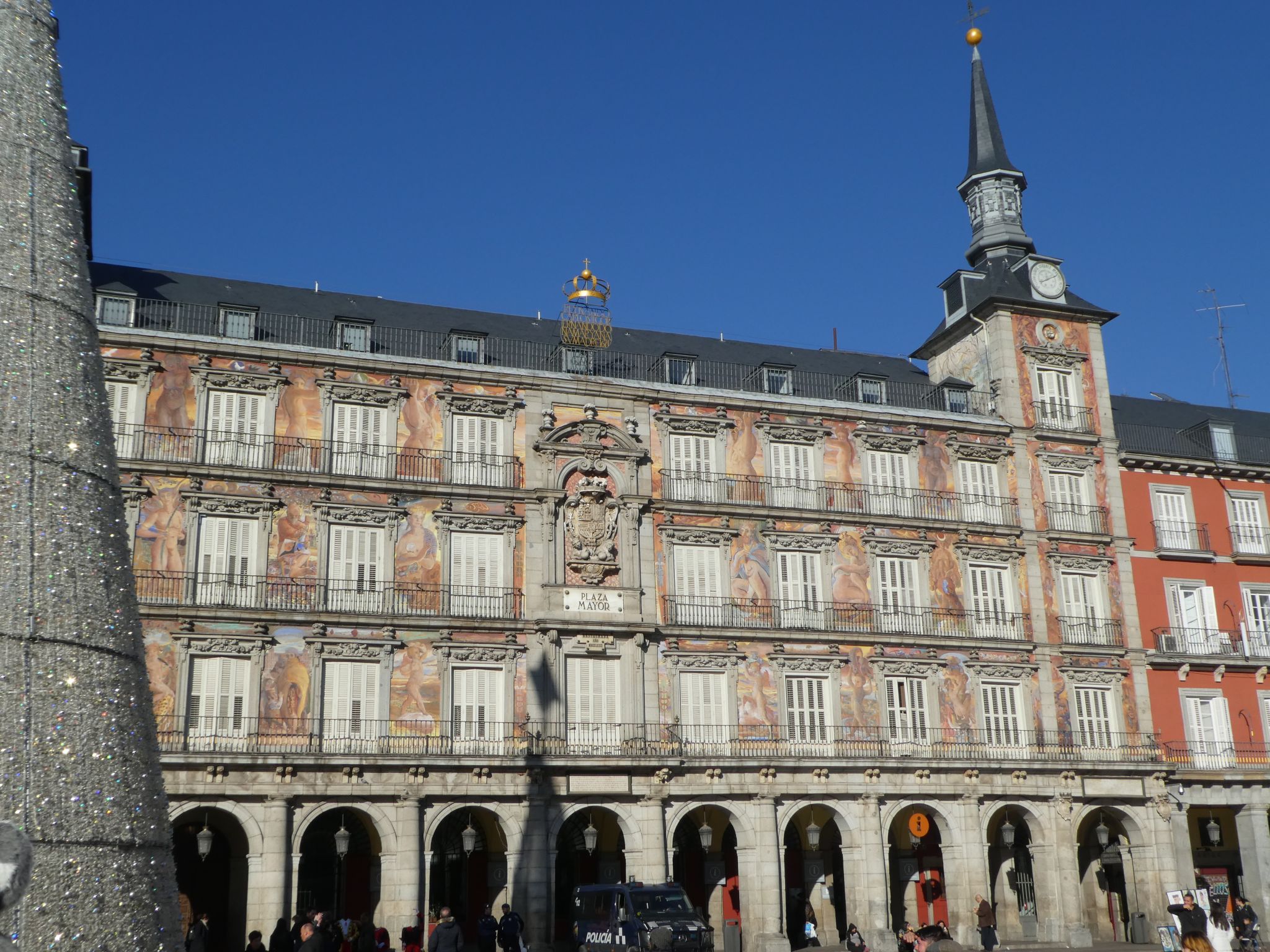 And of course, when you think about Christmas in Spain, the first thing that comes to mind is koalas and pandas, right? 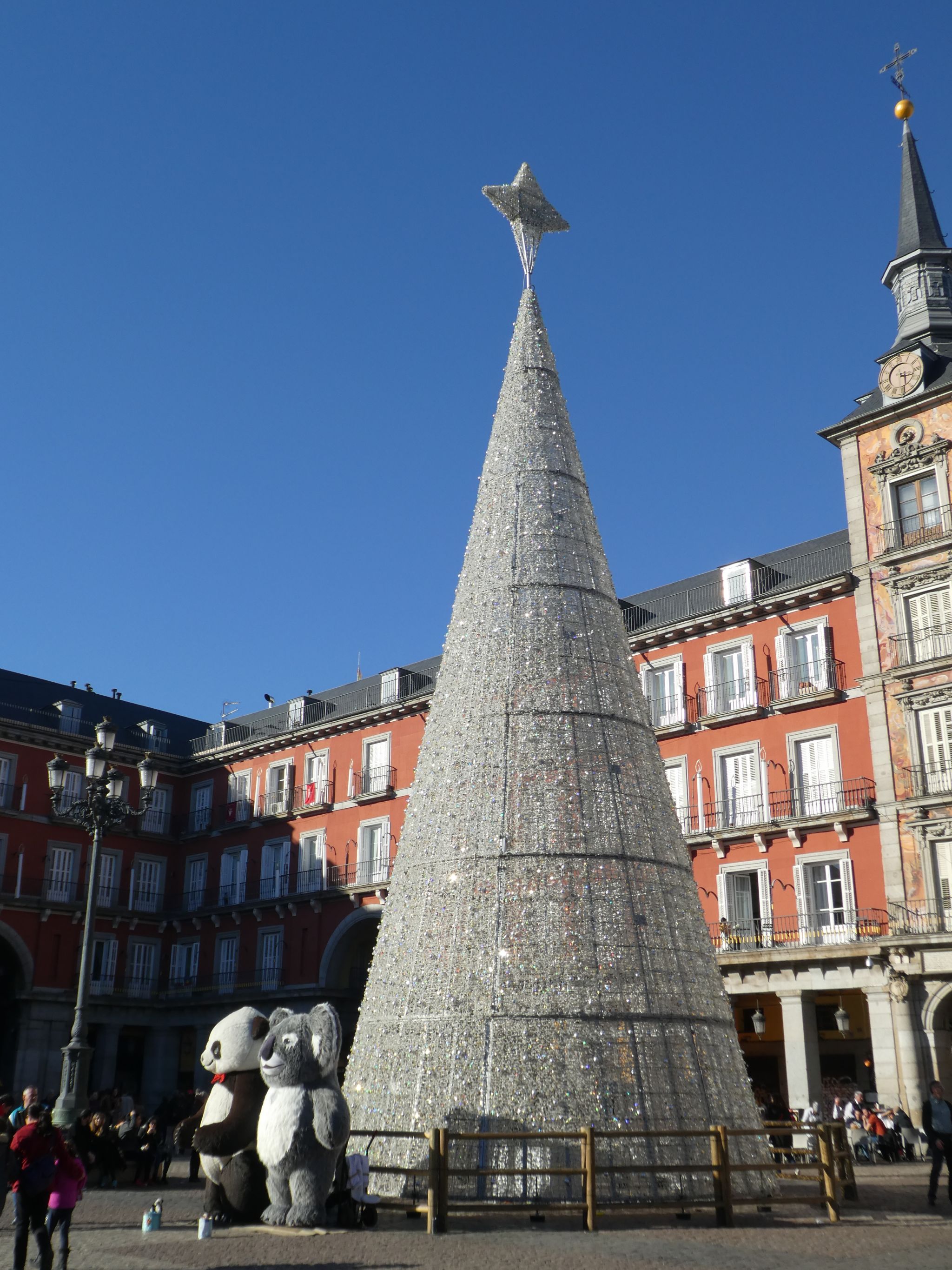 Whoever said size doesn’t count clearly never met King Felipe V.  When the then royal fortress burned down on Christmas Day 1730, Felipe decided to build a palace which would eclipse all other European palaces.  And that, to Felipe, meant BIG.

The result was the Palacio Real, which is opulent indeed.  Sadly for him, Felipe died before it was finished, always a risk with monumental building projects.  But although only one-quarter of the original design was completed, it has a staggering 2,800 rooms. 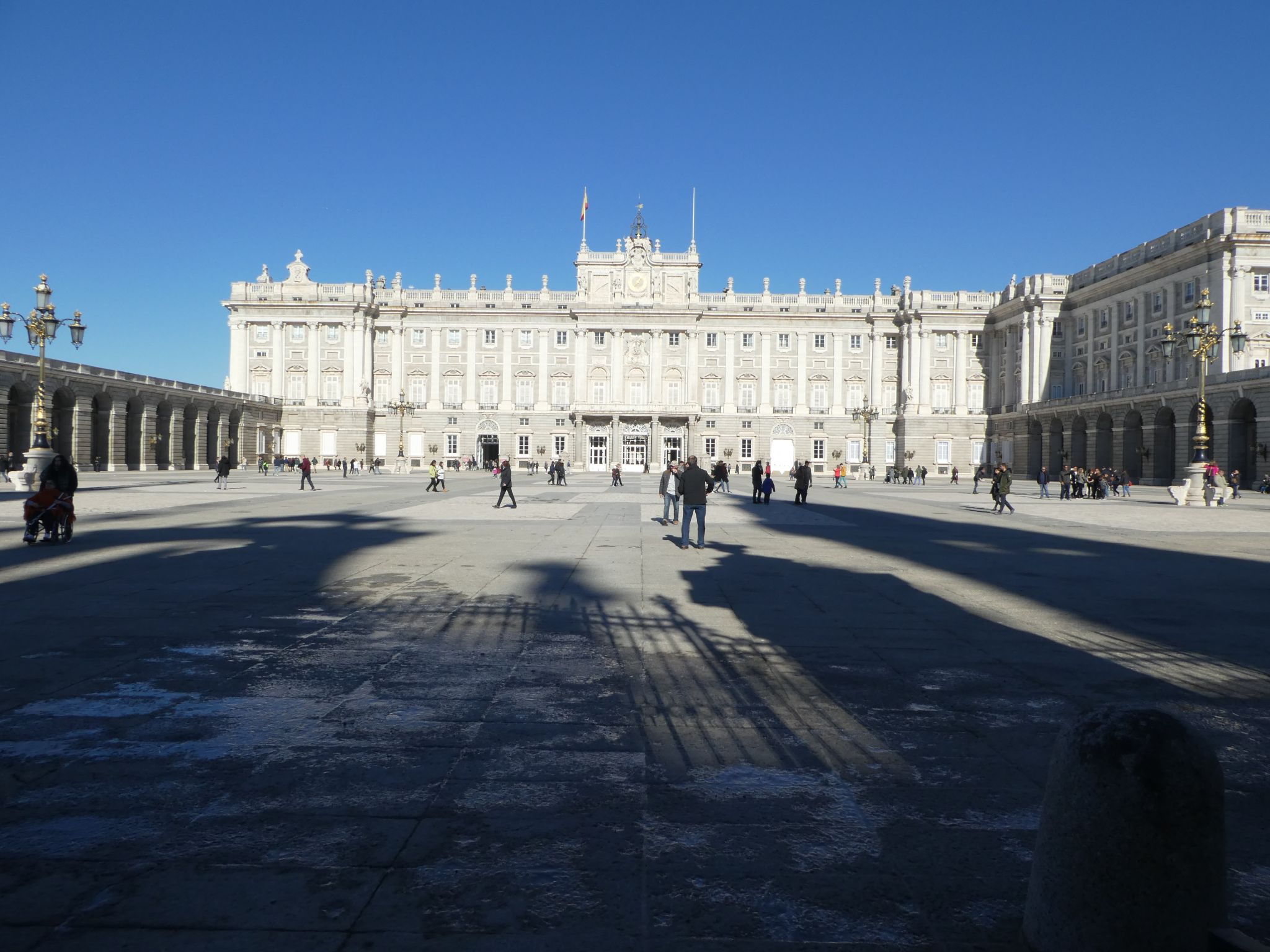 Despite the cold, the beautiful Plaza de Oriente which faces the palace was a bustle of activity, with street hawkers, buskers and human statues.   Imagine maintaining this stance in near freezing temperatures for hours on end!

Yes, we know, there’s a support board in there somewhere, but it’s still pretty impressive. 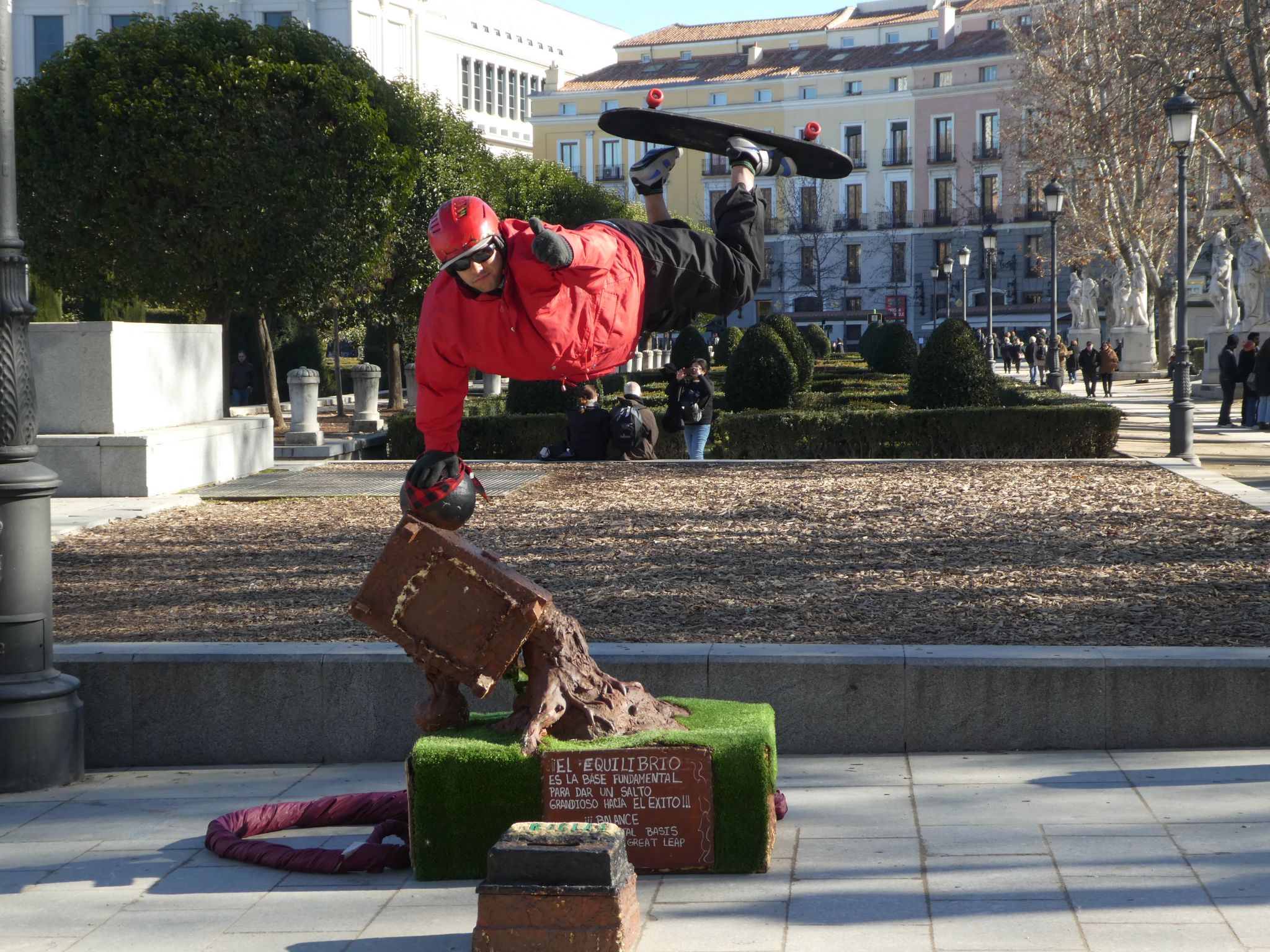 And across the plaza from the Palacio Real is Madrid’s Catedral de Nuestro Senora de la Almudena, the patron saint of Madrid. 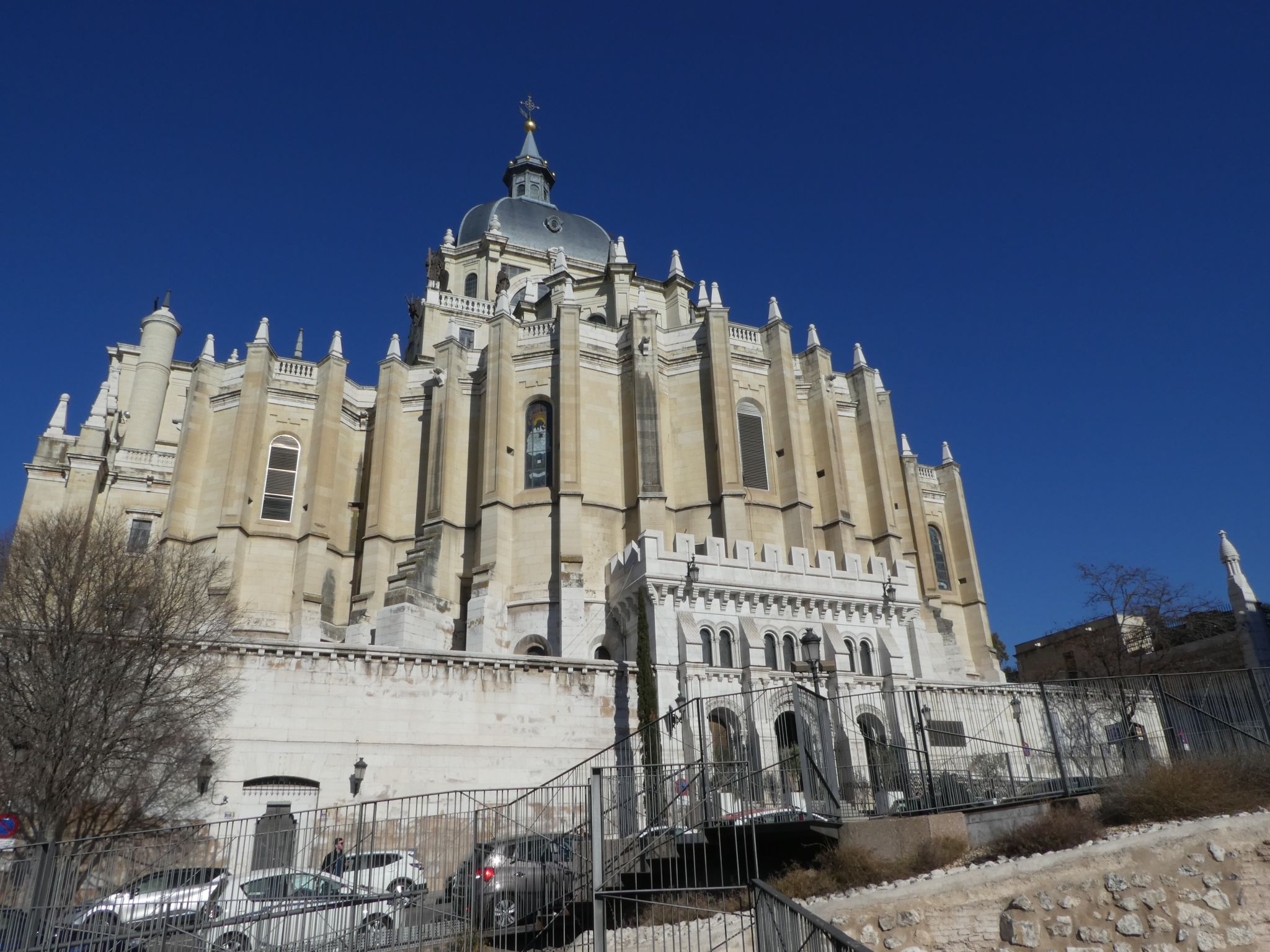 We’ve a bit of a fascination with the Christian tradition of relics, and this church has a good one – the incorrupted body of Saint Isidro.   Please excuse our cynicism, but if only he’d been in a glass coffin we’d have been able to see how ‘incorrupted’ he really is… 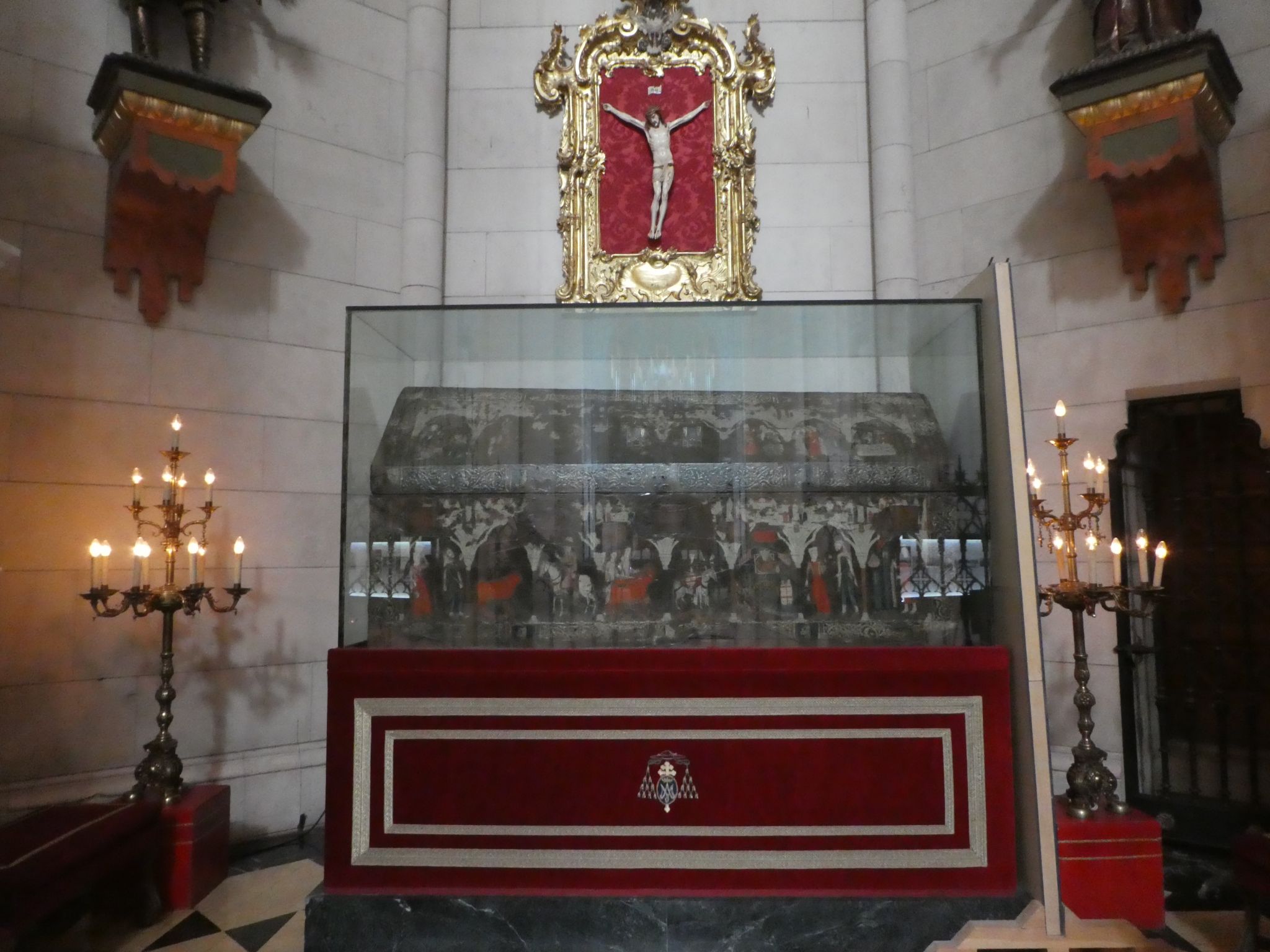 And it has a fantastic neo-Romanesque crypt.  It is Spain’s largest crypt and the final resting place of some of Spain’s most noble families.  It has 20 chapels, each with a stained glass window and ornate stone work, and it’s a beautifully quiet and peaceful place to wander around. 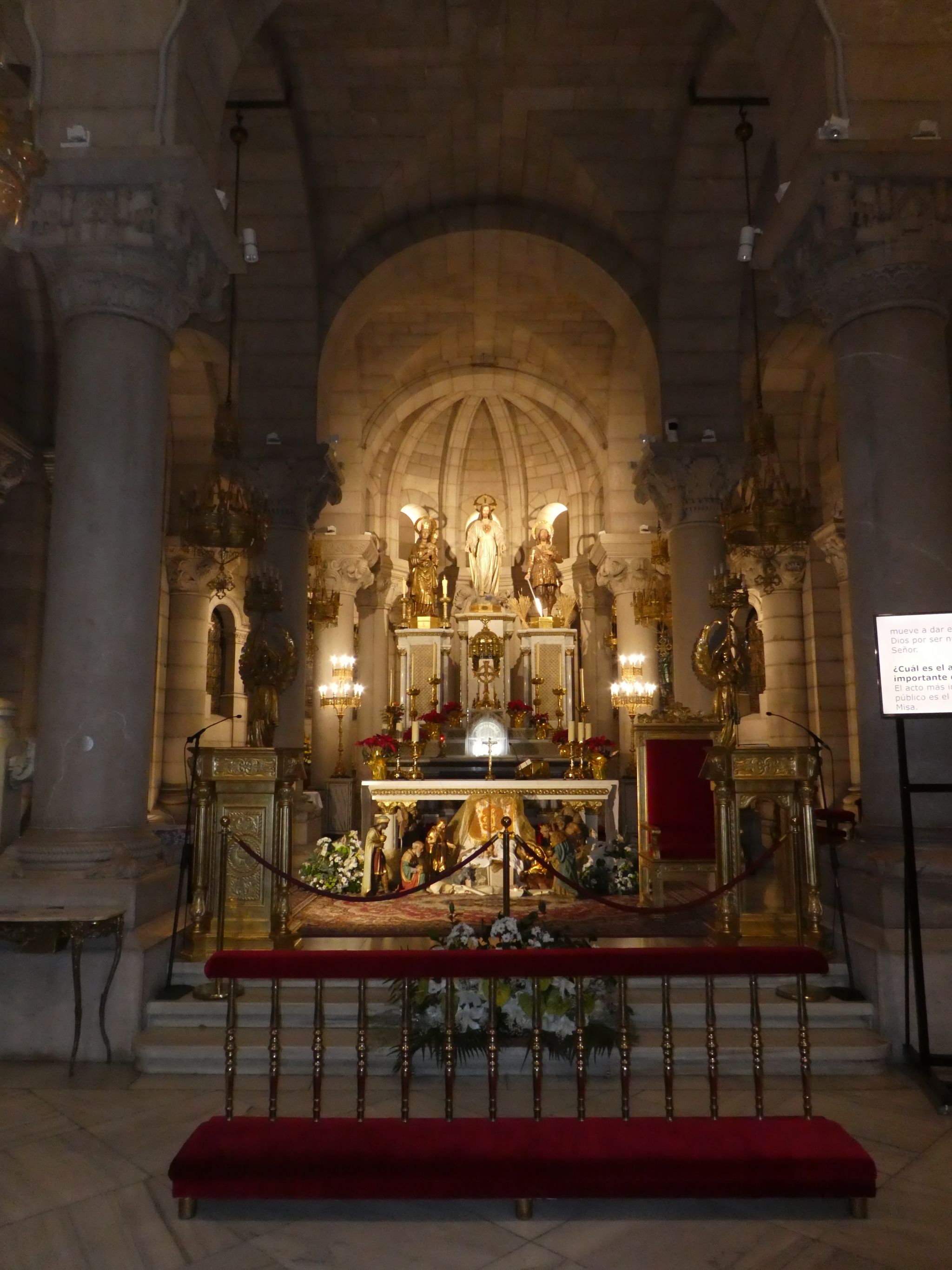 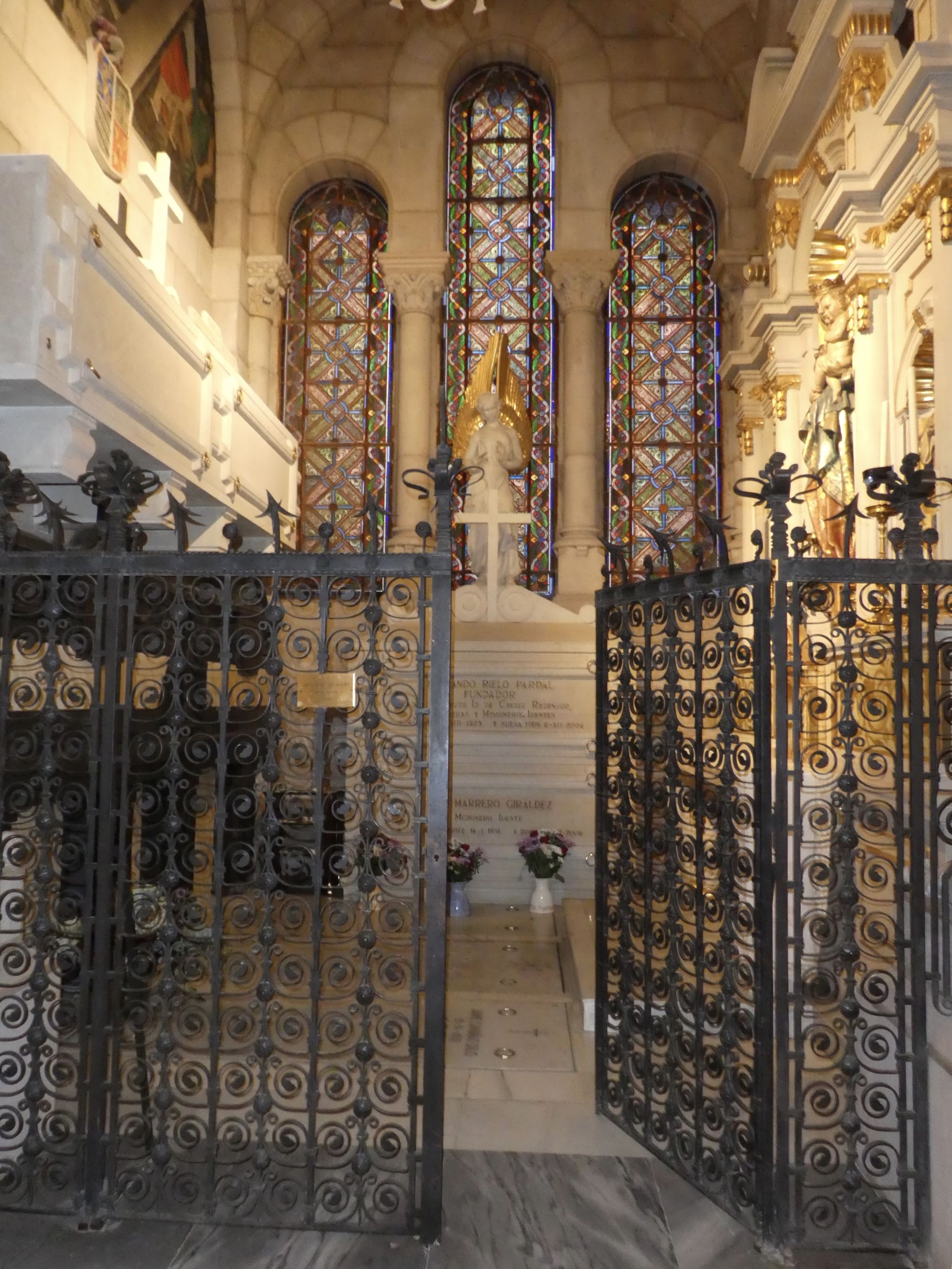 For a large city, Madrid is well serviced with central green space, and one of the best is Parque del Buen Retiro.  Established as private royal gardens in the 17th century, the park has been open to the public since 1868.

The walkway up the park is lined with second hand booksellers reminiscent of the book stands on the Seine in Paris, vendors of prints and small paintings, and little stalls selling plants and flowers. 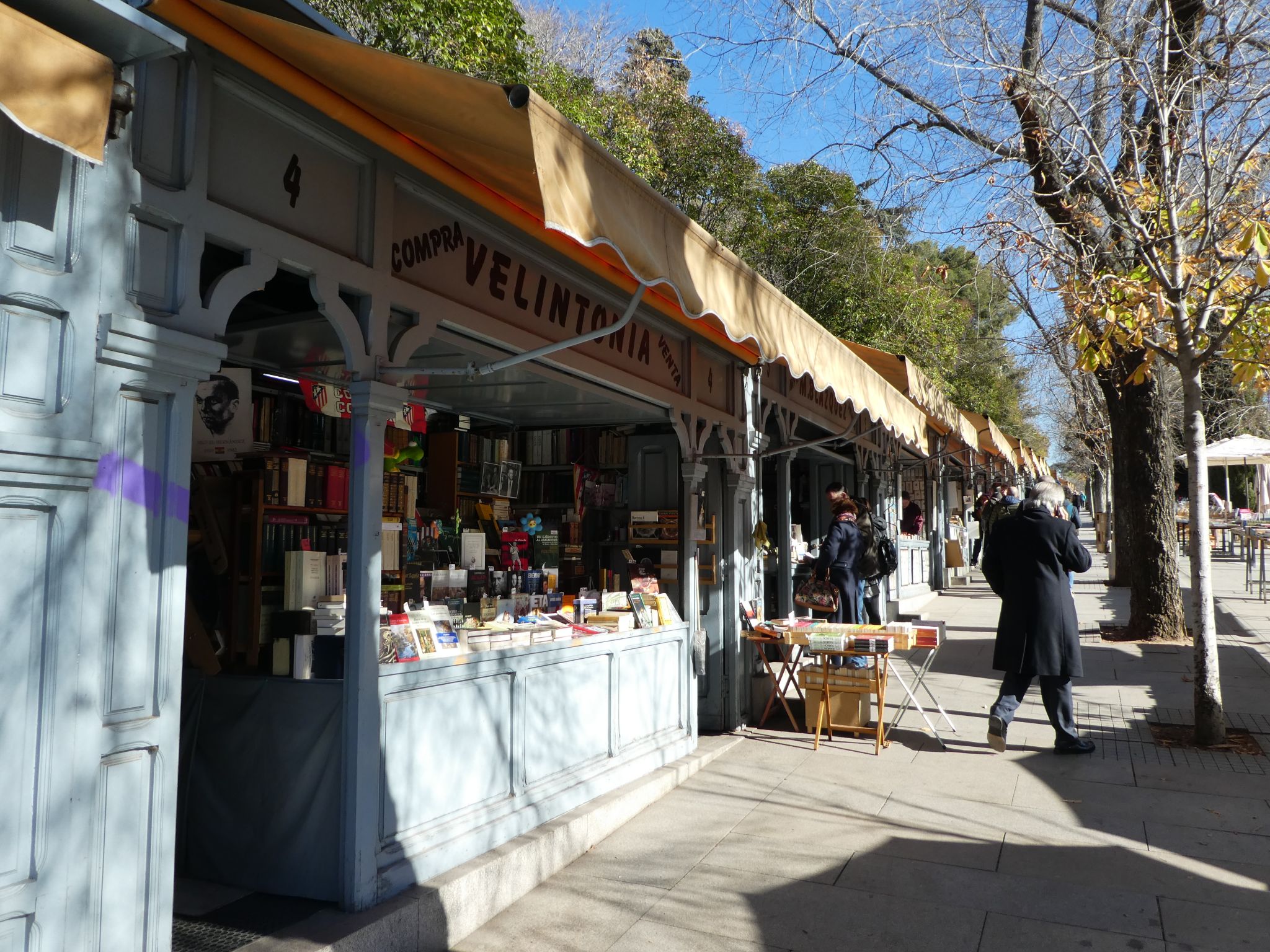 Many of the trees are bare, of course, this time of year.  But it was sunny and the park is littered with statues and historic buildings such as the Palacio de Cristal.  Built of glass and metal in 1887 as a winter garden for exotic plants, it now houses temporary art exhibitions. 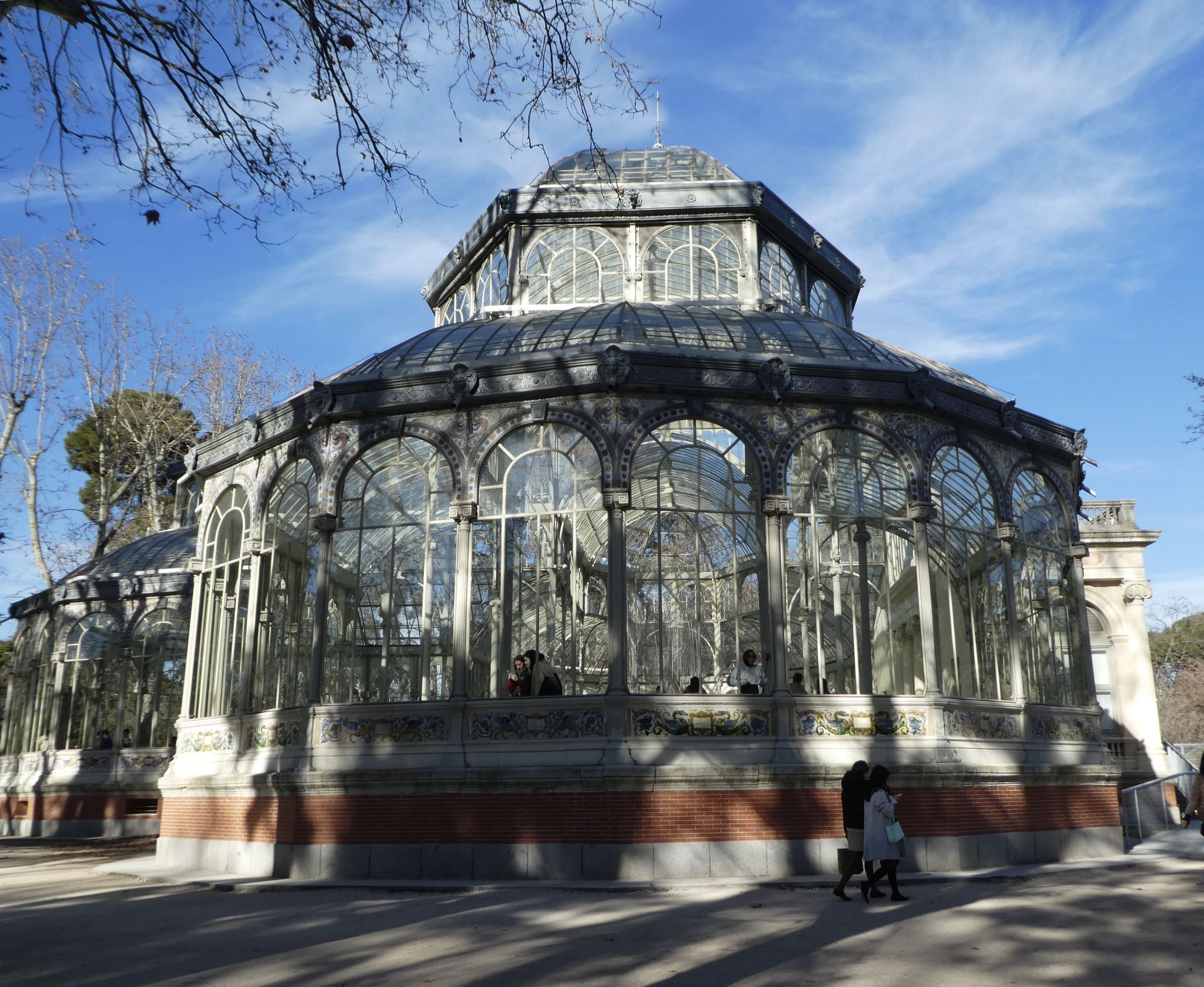 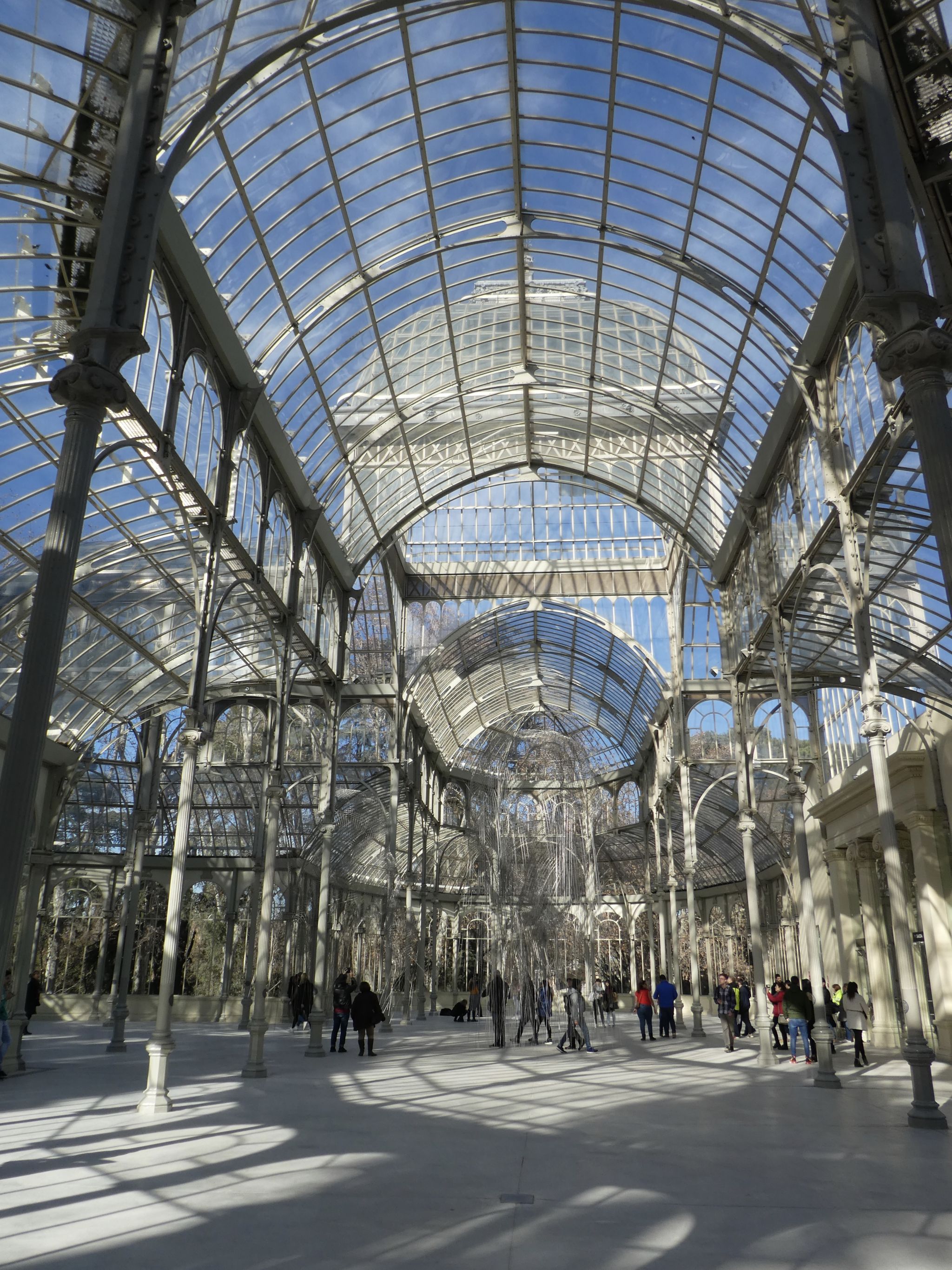 Madrid is justifiably famed for its art museums.

The Prado is billed as one of the world’s premier art galleries, and it is, especially if you love Spanish masters.  But even leaving aside the nationalist pride which pervades the collection, there’s some great pieces.  We spent time ogling Francisco Goya’s Pinturas Negro (Black Paintings) as well as the deeply disturbing, hallucinogenic The Garden of Earthly Delights by Hieronymous Bosch.

We visited the Reina Sofia which houses Picasso’s Guernica – dubbed Spain’s ‘most famous artwork’ – and more than 20 works by Salvador Dali, as well as a pile of other modern art.

There’s an abundance of other art galleries across the range of traditional to modern, and when you are culturally sated, there’s always food.  Madrid has some great food.  Get off the main tourist streets and pop into any one of the cute little tiled tapas bars, and you will not leave disappointed. 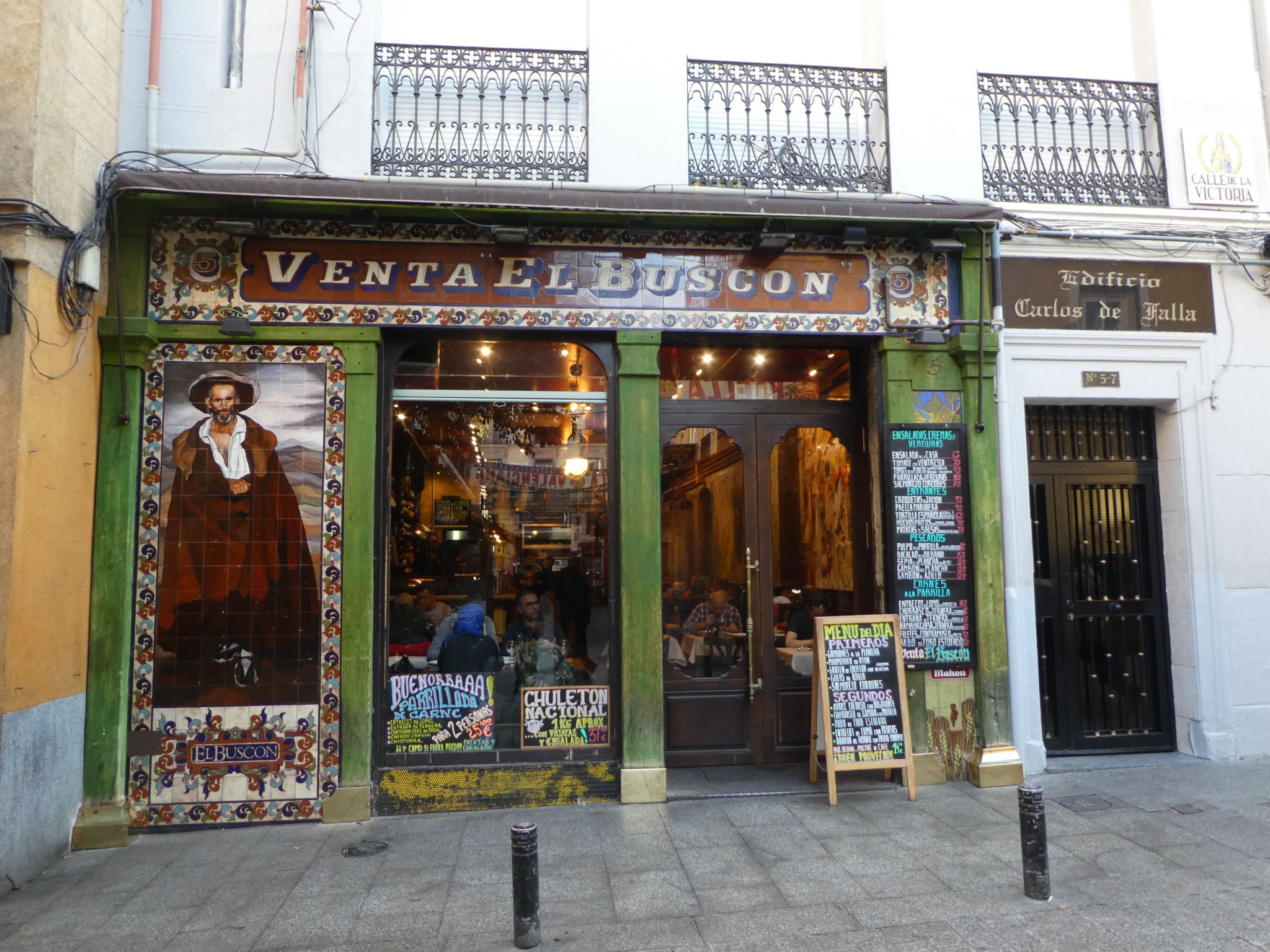 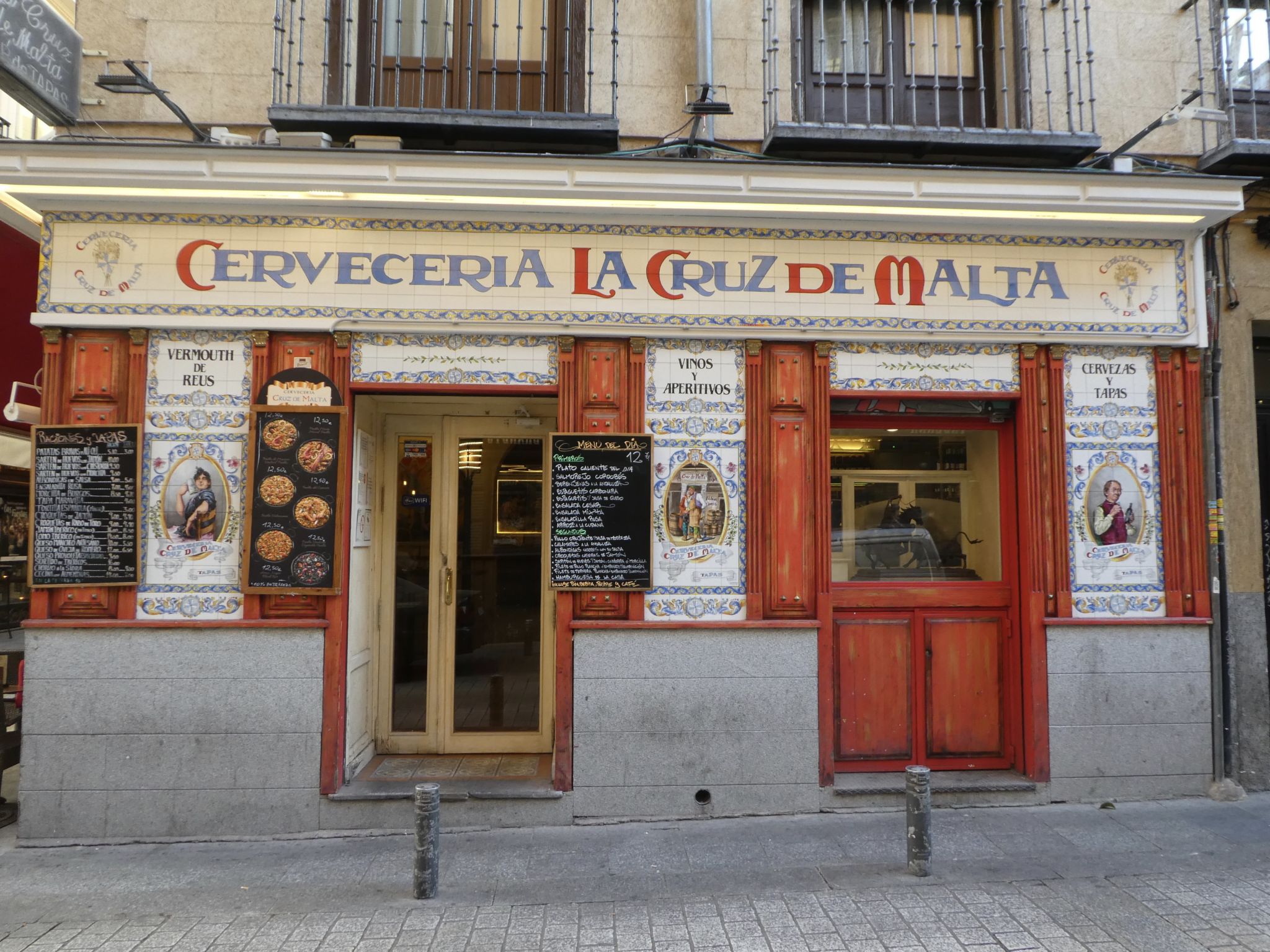 We hardly scratched the surface on the cultural things on offer in Madrid, but loved our time here and headed off for a slow meander through Andalusia.