“Come to Cornwall for a bit of wet coastal walking”, was the invitation from our Cornwall friends.  Hey, you guys really know how to sell a location!

And as it turned out, a massive under-sell.  We had a week with them of stunning spring weather, walking in a beautiful part of the world.

The South West Coast Path is England’s longest way-marked long-distance footpath, running 1,014kms (630 miles) from Minehead in Somerset, along the coast of Devon and Cornwall, ending at Poole Harbour in Dorset.  With our friends as expert walking guides, we covered some of the stunning Atlantic Coast sections in southern Cornwall.

Our first walk was from Rinsey Head to Porthleven.

In 2006, the Cornwall and West Devon Mining Landscape was declared the UK’s newest UNESCO World Heritage listed site.  The listing recognises that the designated areas “were radically reshaped during the 18th and 19th centuries by deep-lode mining for copper and tin”.

Technologies developed here meant that the region produced two-thirds of the world’s supply of copper.  Copper production effectively ceased in the 1860s and the focus turned to tin.  However over time the tin mines also gradually closed.  When it ceased operations in 1998, the South Crofty Mine in Cornwall was the last tin mine in Europe.

Many tin mines were located along the Rinsey cliffs, where shafts of up to 140 metres were dug.  Some are so deep, they reach below sea level.  The landscape of decommissioned mine infrastructure here is part of the UNESCO listing. 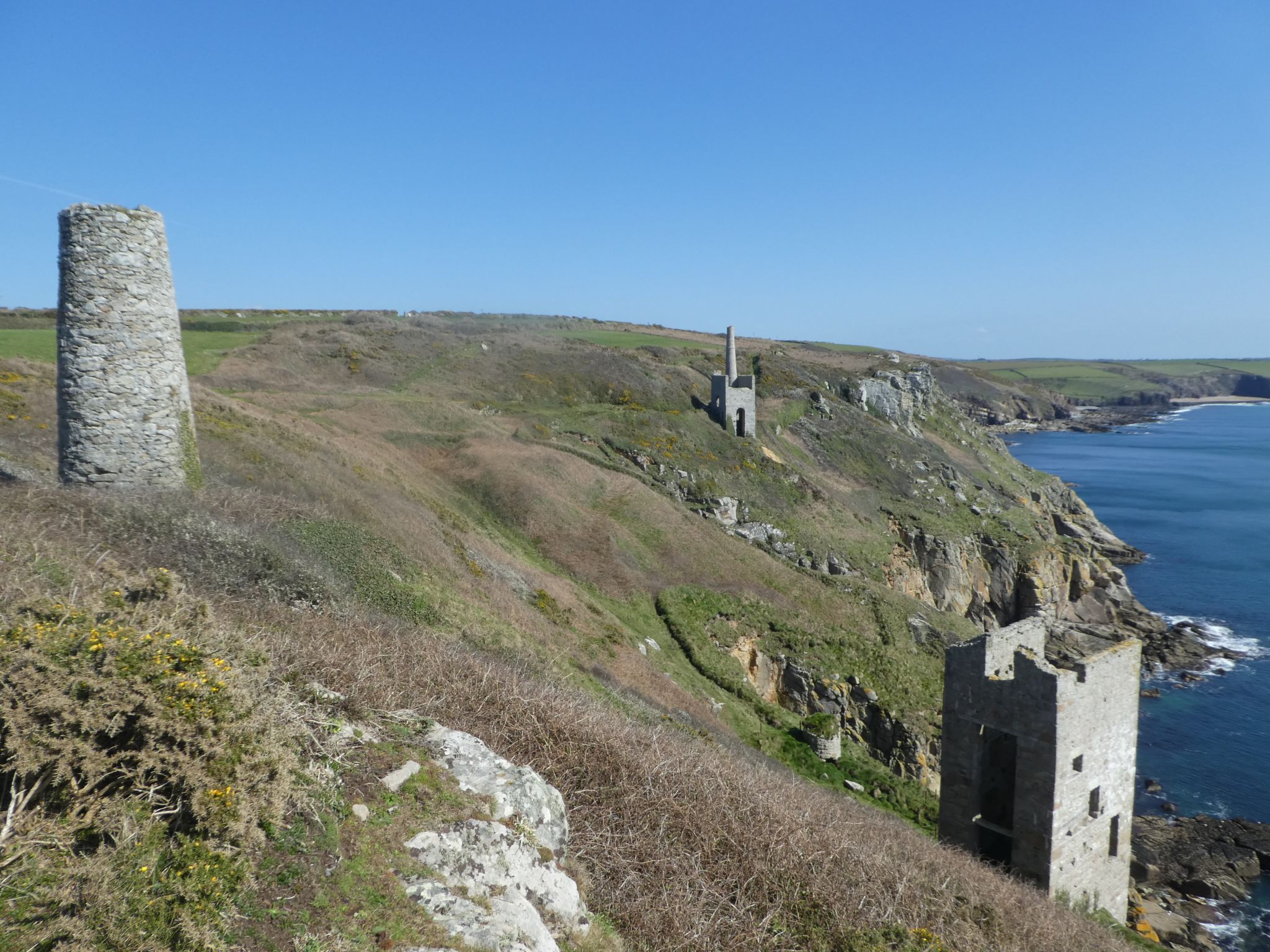 The trail hugs the cliffs and passes a curious rock formation known as the Camel. 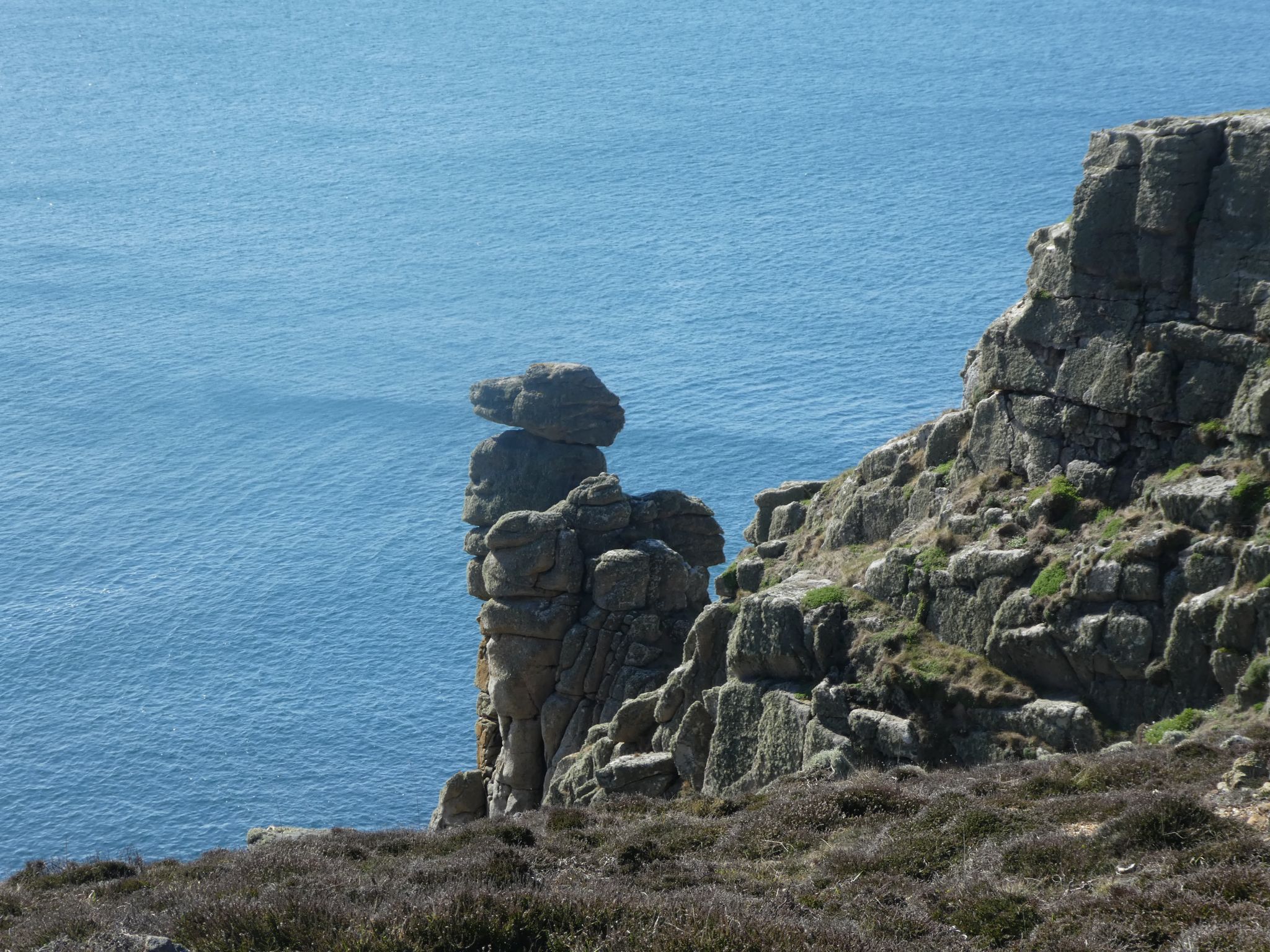 The seas were calm but historically this is a shipwreck coast.  In 1807, HMS Anson was wrecked here in Mount’s Bay with the loss of between 60 and 190 lives.  Up to this time it was customary for drowned seamen to be buried without a coffin, in unconsecrated ground.  But the treatment of the Anson dead in this manner caused controversy and led a local solicitor, Thomas Grylls to draft laws for more dignified burial practices.

The law was introduced to Parliament by the then Member for Cornwall and was enacted as the Burial of Drowned Persons Act 1808.  Also known as Grylls’ Act, it required that unclaimed bodies of dead persons cast ashore from the sea should be removed by the local church warden and decently interred in consecrated ground.  This memorial stands as a reminder. 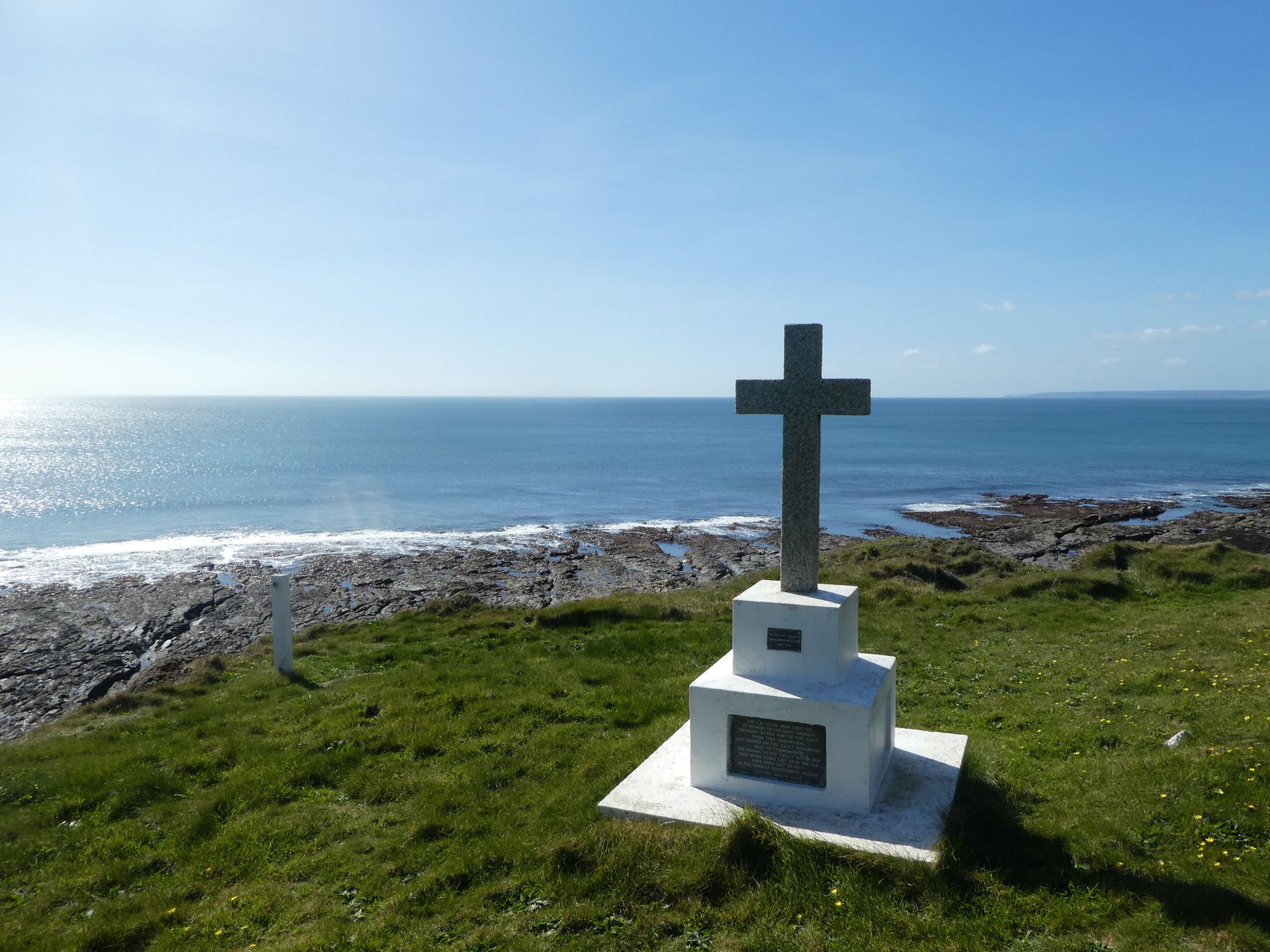 After a couple of hours of sunny walking along this beautiful coast we reached the scenic town of Porthleven.  Just in time for a pint at the Ship Inn, looking across the harbour to town. 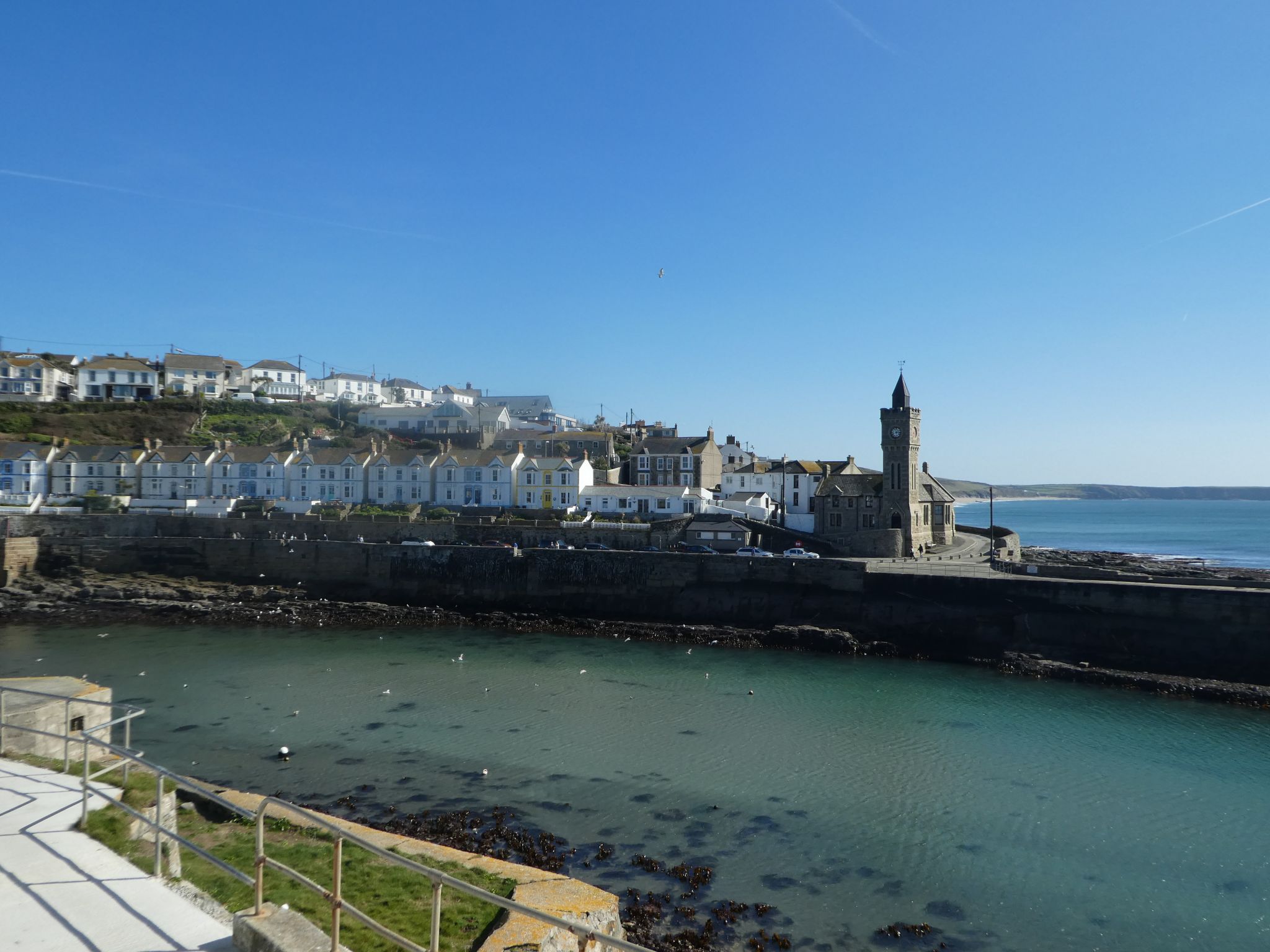 Thus refreshed, we walked around the beach on the other side of Porthleven, then returned via the clifftops.  A lovely walk.

Our next walk took us from Lelant to St Ives.  Starting from the Hayle Estuary, it’s a glorious walk around a sandy shore past Carbis Bay.  Whoever said England doesn’t have good sandy beaches has never walked here. 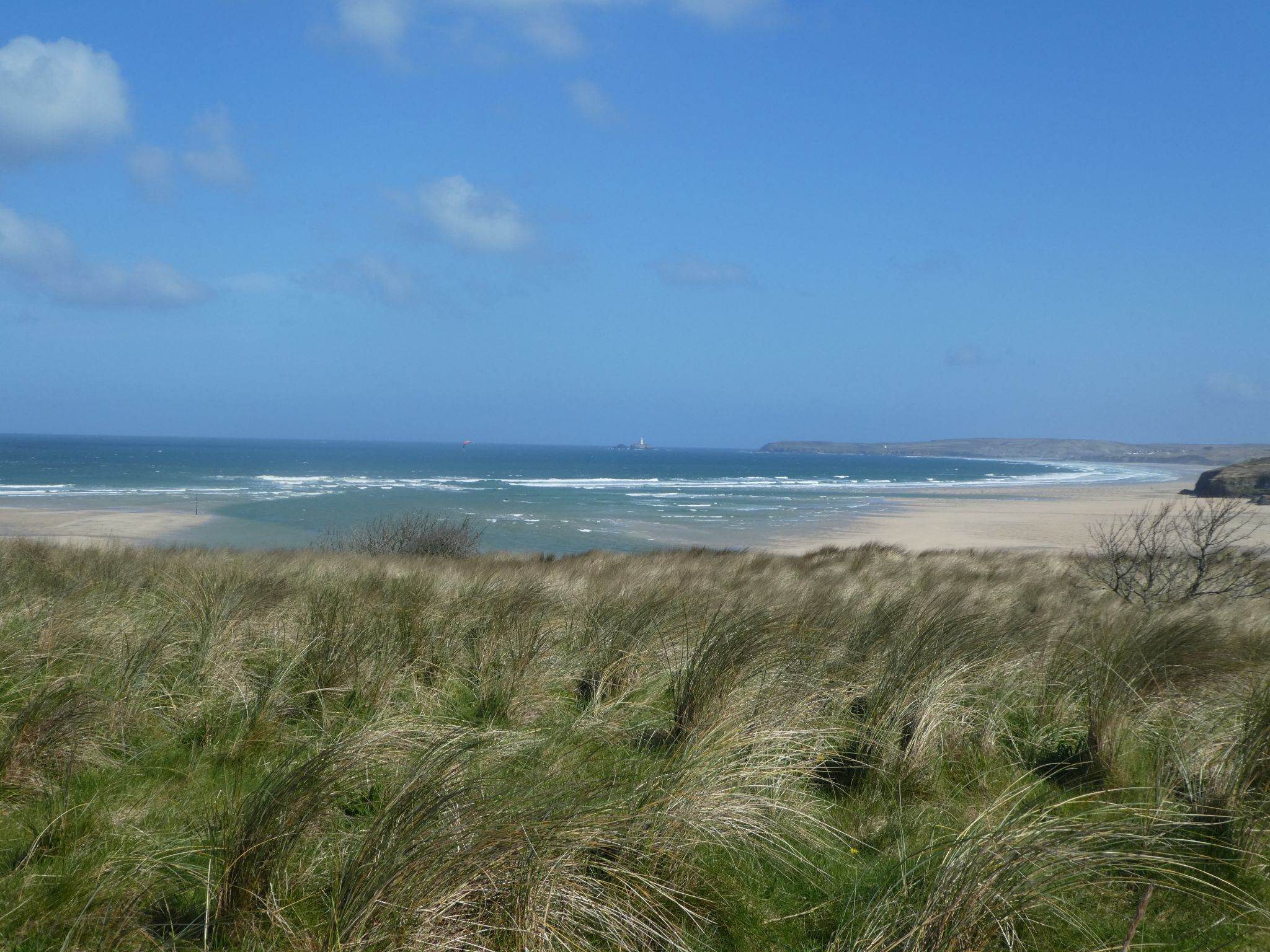 Then it was up a gentle incline and along to St Ives. 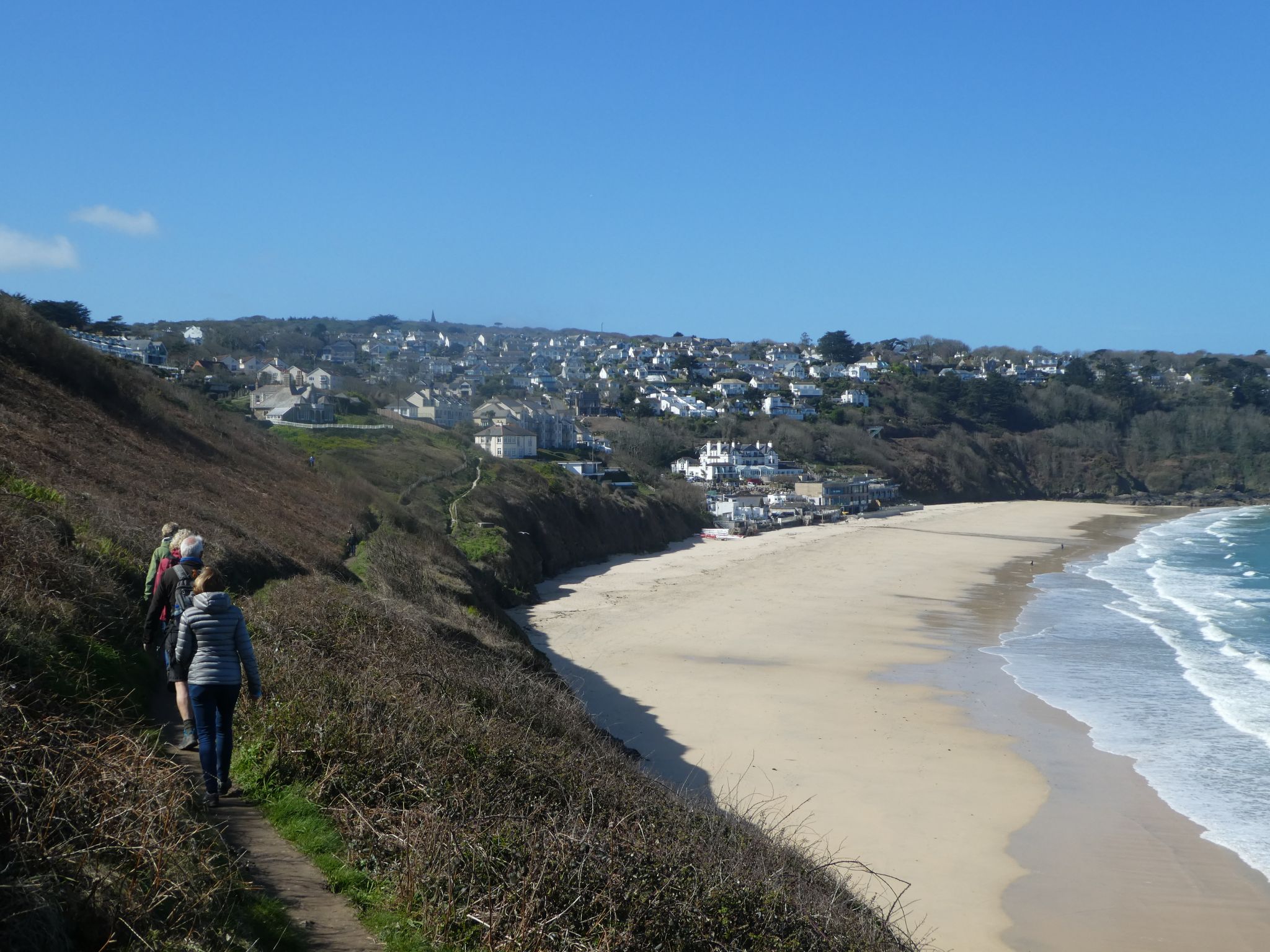 St Ives was once a major pilchard fishing port.  In the 1920s and 30s it gained recognition as an artistic community due to the fame of local abstract sculptor, Barbara Hepworth and potter Bernard Leach.  Their legacy lives on.  Hepworth’s studio is now a museum, Leach Pottery still operates, and Tate St Ives, an outpost of the Tate Gallery hosts temporary exhibitions and a permanent collection showcasing modern artists from the region.

St Ives attracts a huge tourist crowd in summer, and even in March it was pretty busy.  But we managed to muscle our way onto an outdoor table at the Sloop Inn for a pint in the sun before checking out the exhibition at the Tate and heading back.

The weather prediction was for rain the next day, but it dawned bright and sunny, and stayed that way.  We headed to Helston.  First stop – Ann’s Pasties.  Just about every bakery in Cornwall claims its pasties are ‘award winning’ or ‘world famous’, but we had it on good authority that Ann’s are the best. 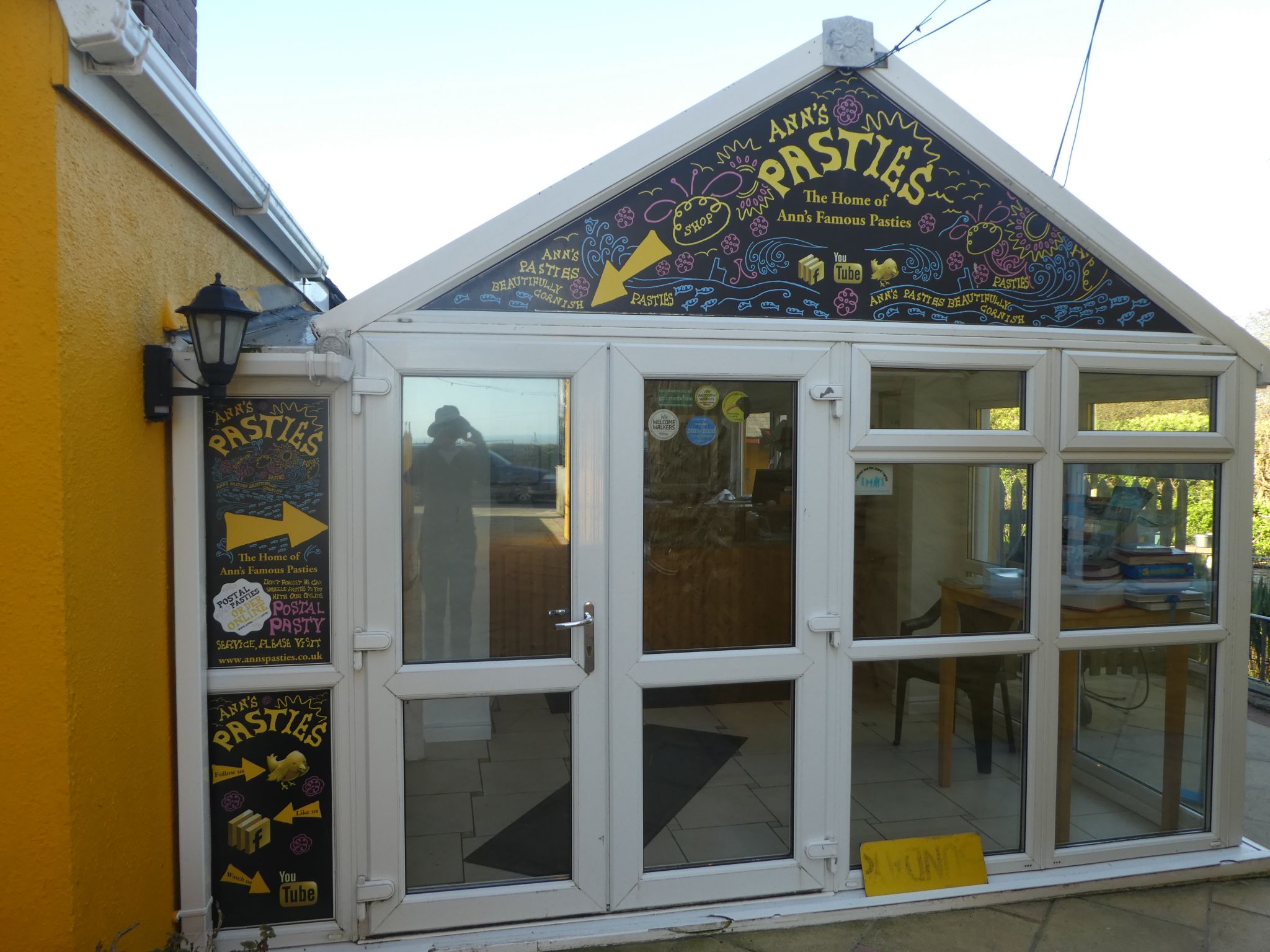 With pasties stashed in our packs, we strode purposefully around yet another beautiful stretch of coastline up to the cliffs overlooking Kynance Cove.  It’s a popular spot for coffee, ice cream or just propping on a deck chair enjoying the abundant sunshine of Cornwall. 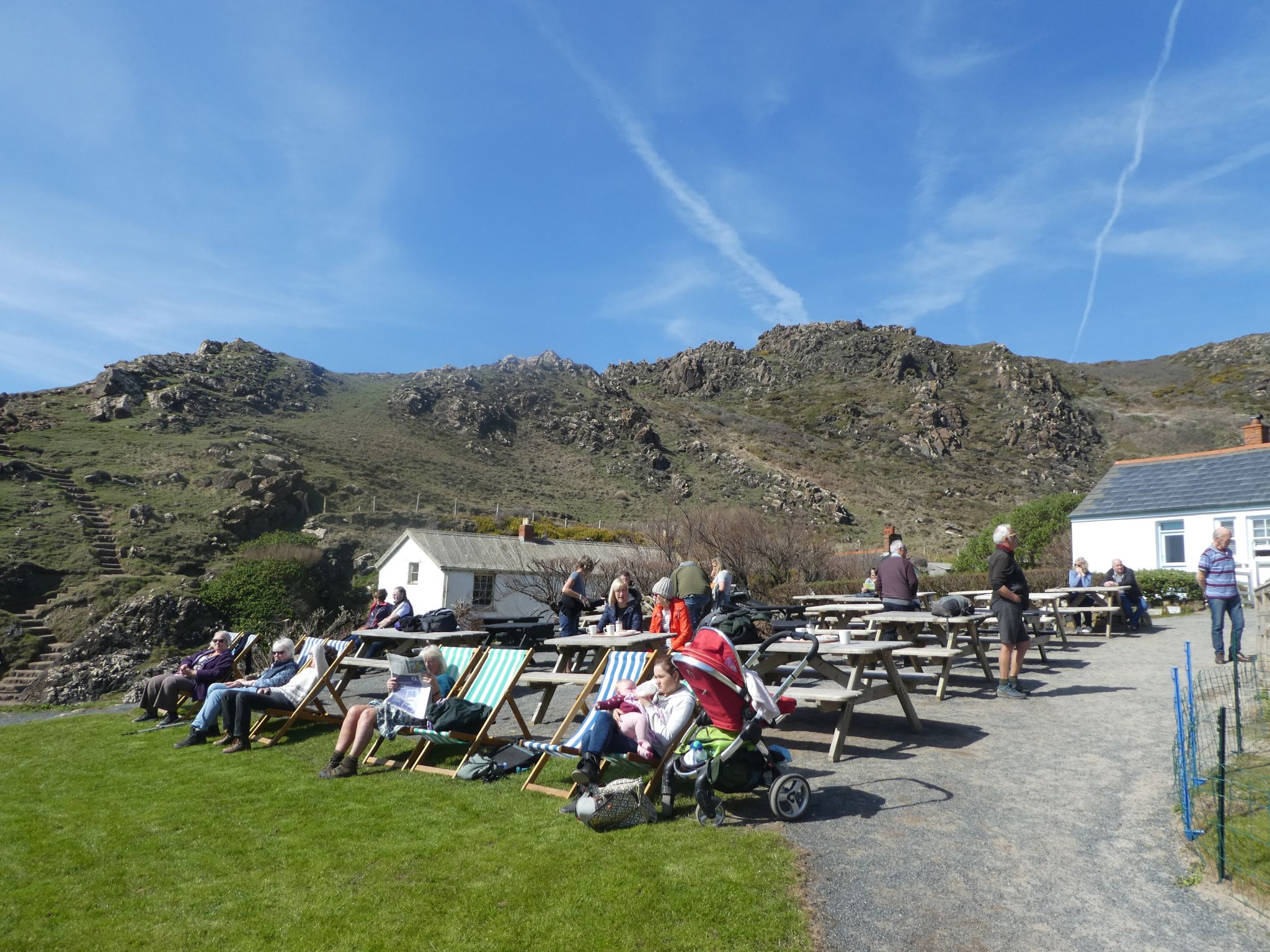 Heading inland briefly, we stopped in the grounds of a tiny stone church.  There seems to be one in every locale.  It was the perfect spot to enjoy the still-warm pasties.  We are no experts, but they were certainly better than any we’ve had before. 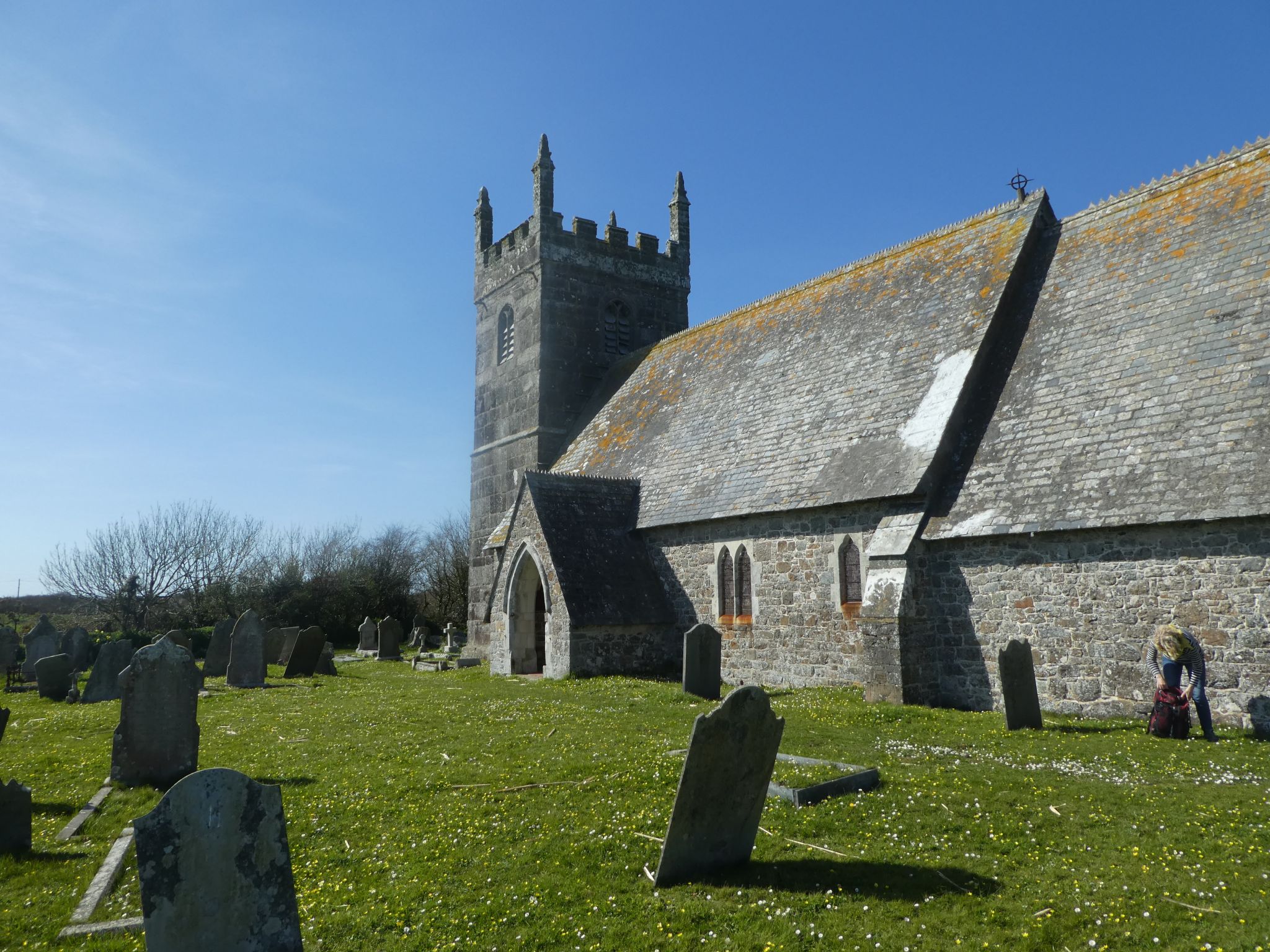 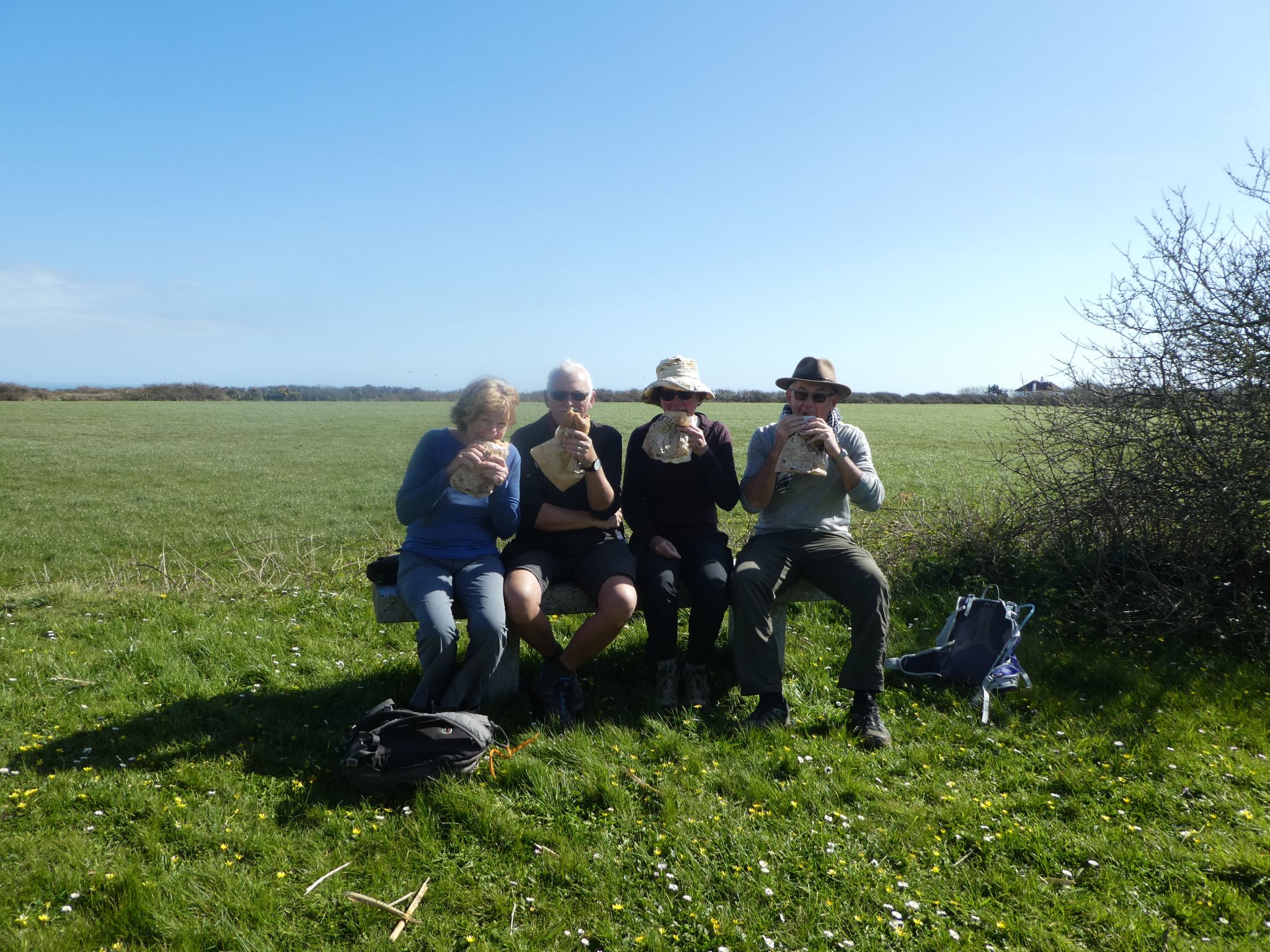 Then across the moors we headed, eventually looping back to Lizard Point.

Lands End to John O’Groats is the southern-most to northern-most point of the English mainland, right?  Wrong!

As noted in our post on North Scotland, John O’Groats is not the northern-most point – that honour belongs to Dunnett Head.  And similarly, Lands End is not the southern-most point.  The most southerly spot is Lizard Point.  And while Lands End attracts masses of tourists to its ‘Legendary Lands End’ theme park, Lizard Point is a quiet, peaceful spot with not even a signpost identifying its true geographical significance.   Just a pretty lighthouse and a couple of nice cafes with views over the infinite blue sea. 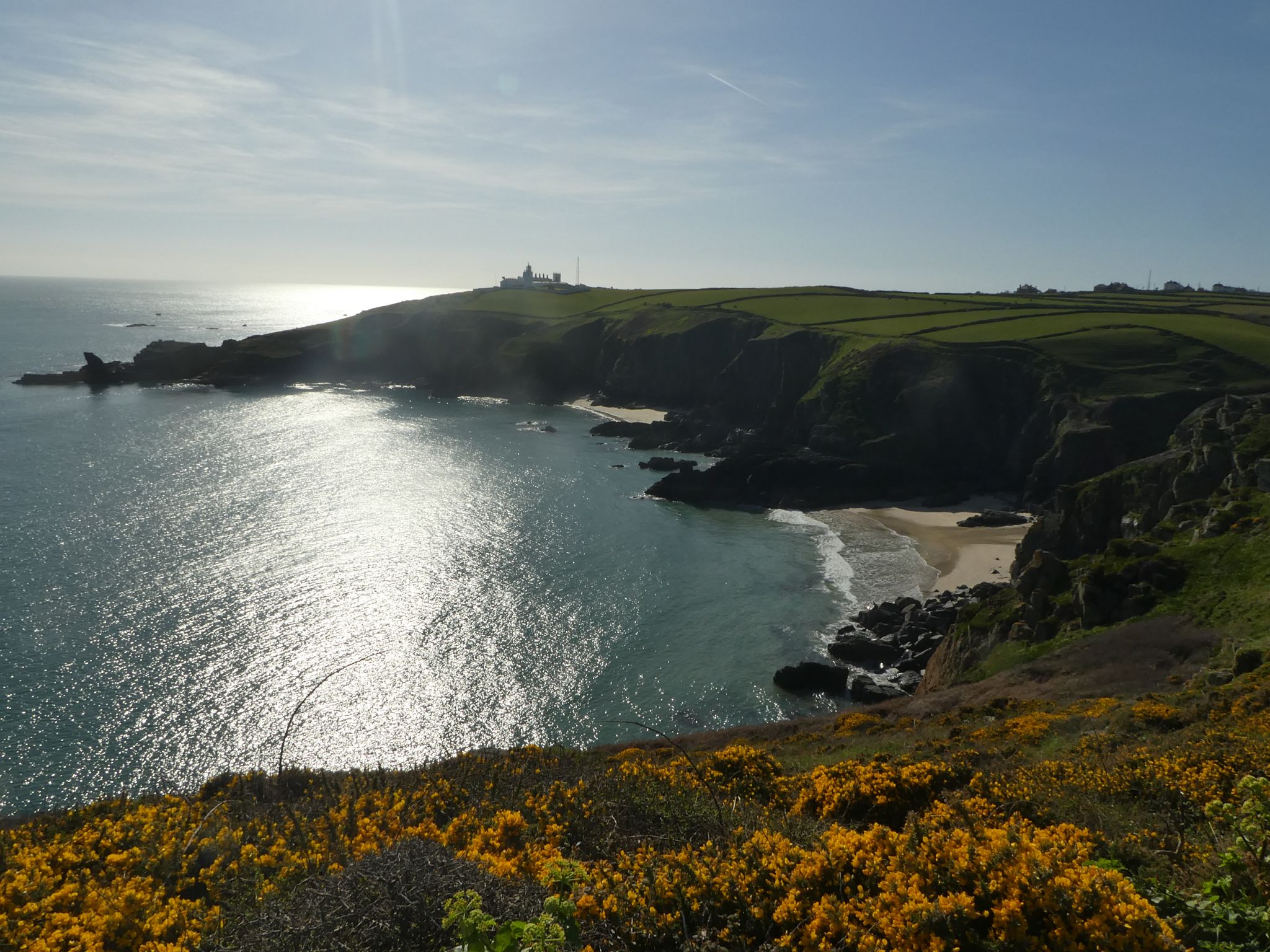 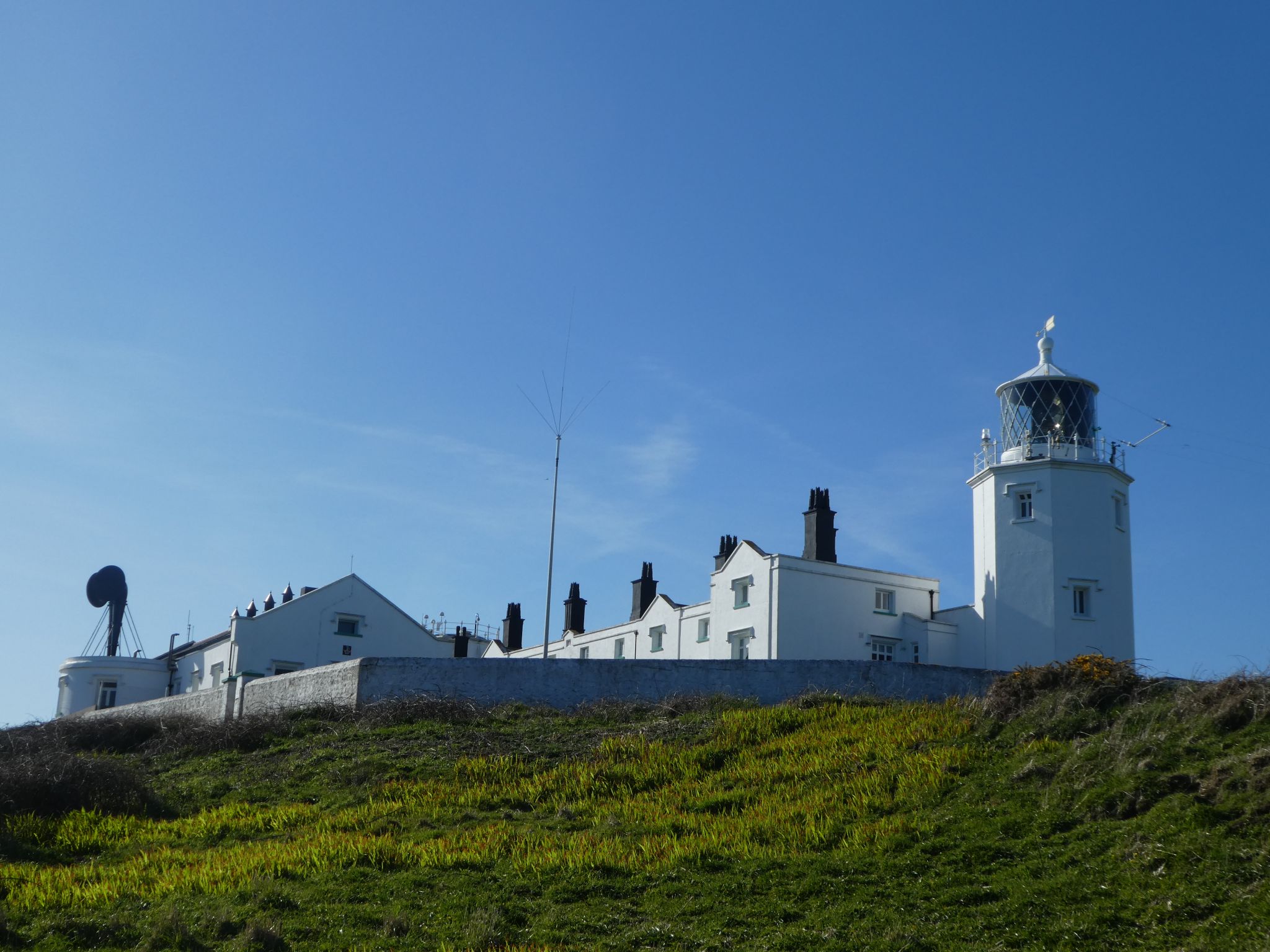 And for our last big walk, we headed out from Porthtowan Beach.  It has a few beachside cafes and bars, a big sandy strip and is a bit of a surfers’ hangout.  Here’s the view looking back toward the beach from the cliffs. 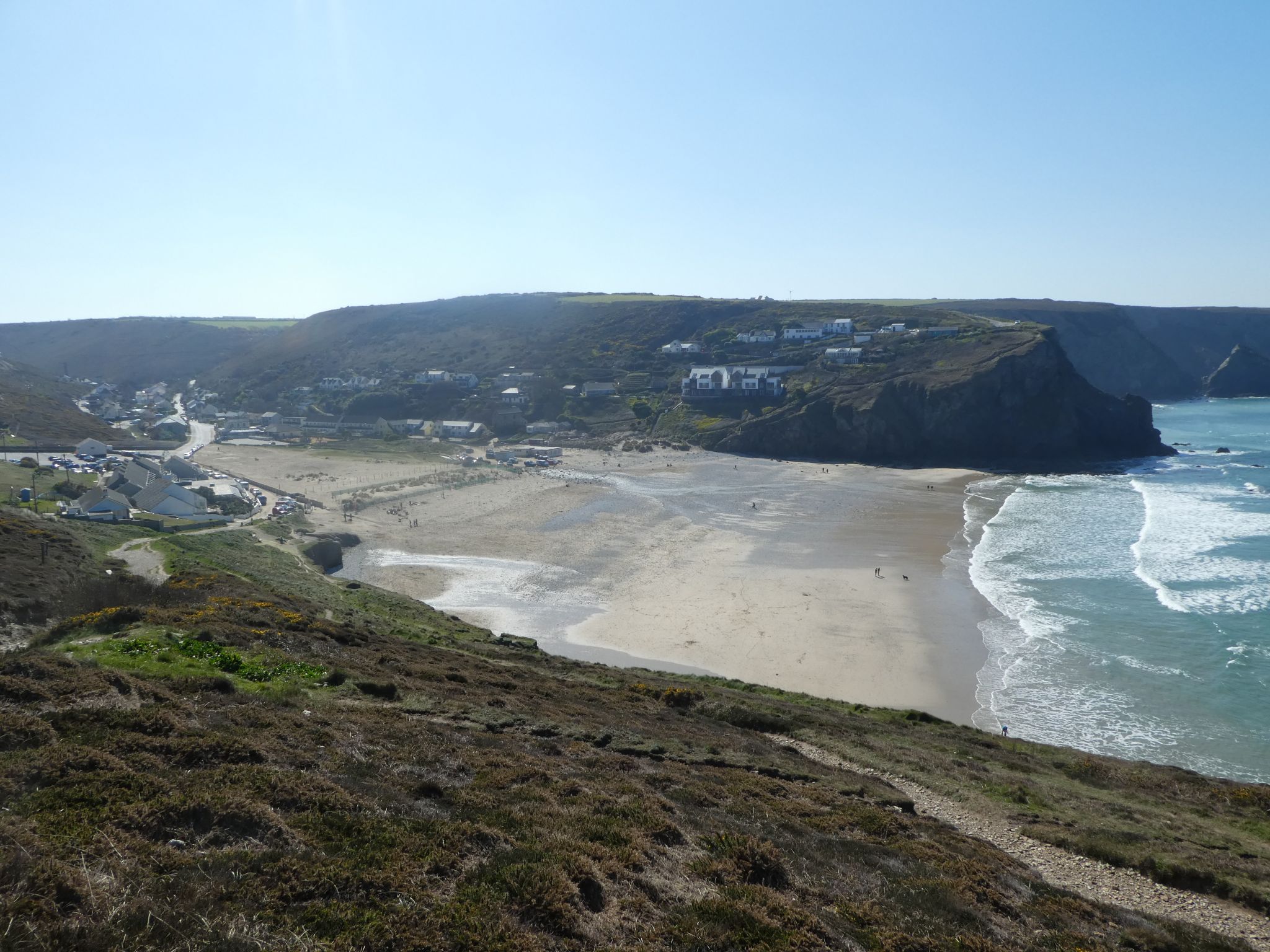 The path follows the cliffs, passing relics of the tin mining era, and with magnificent views out to sea. 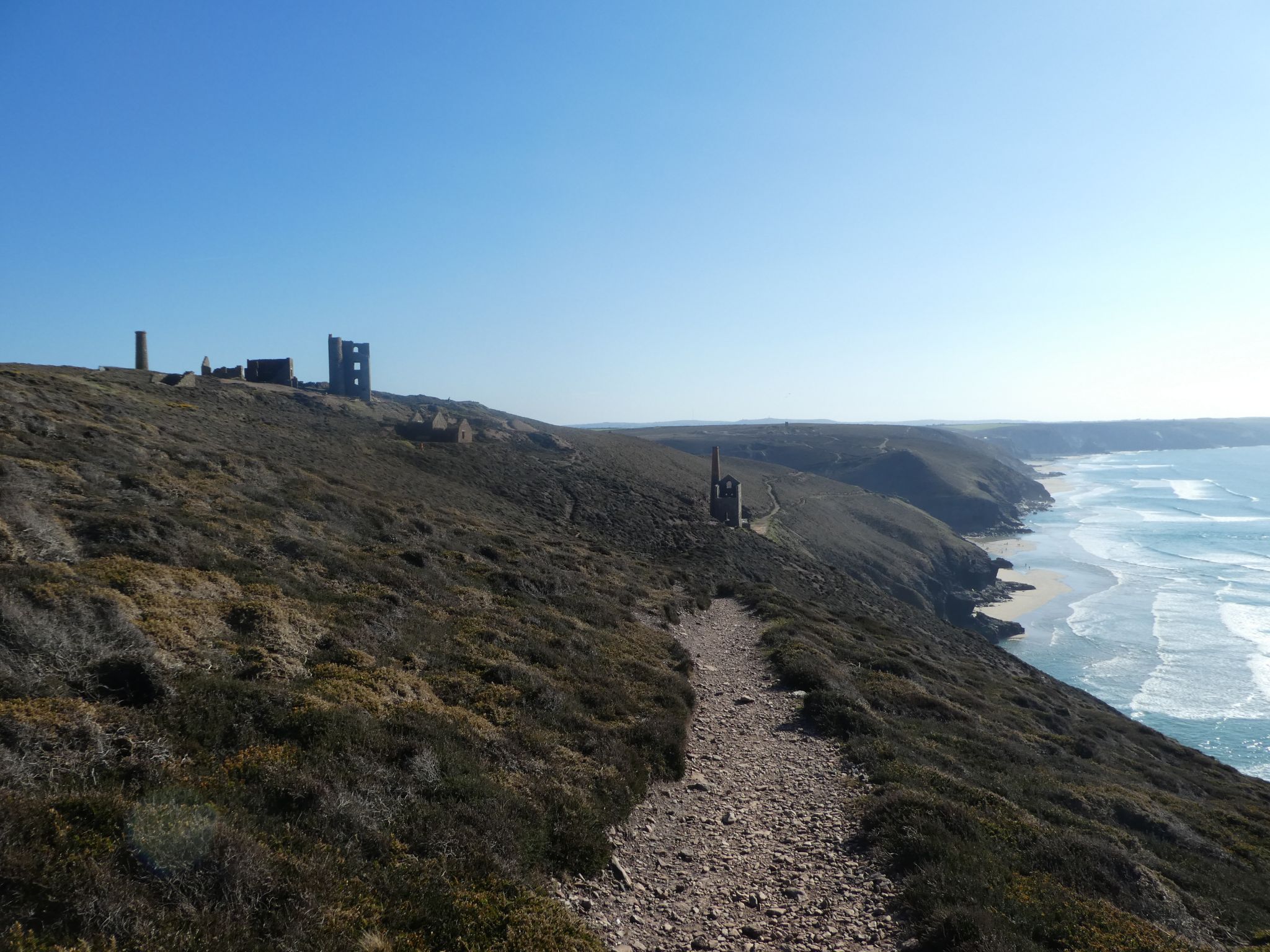 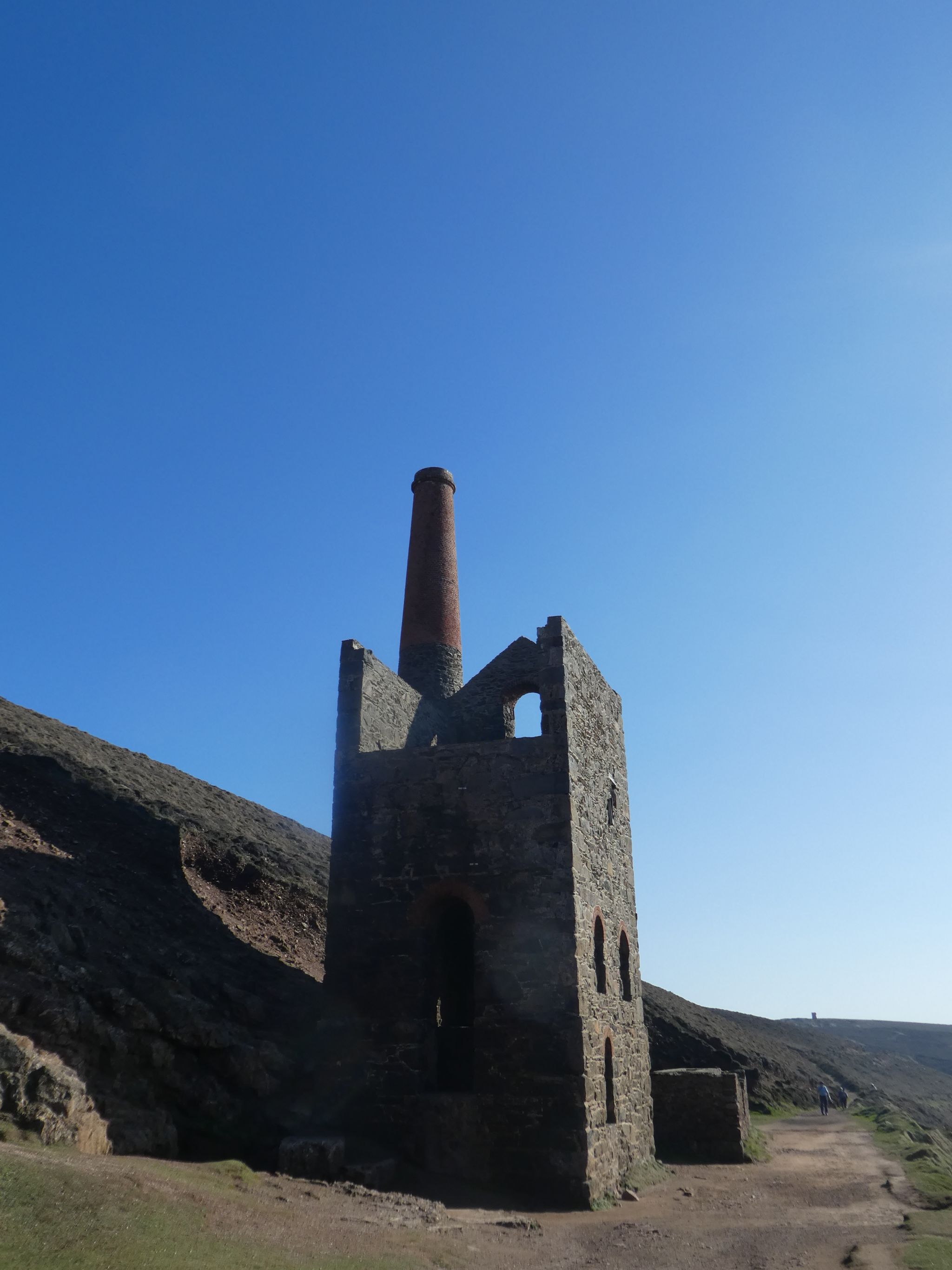 The path ducks down again to Chapel Porth, described as “one of Cornwall’s most beautiful coves”, and on to St Agnes. 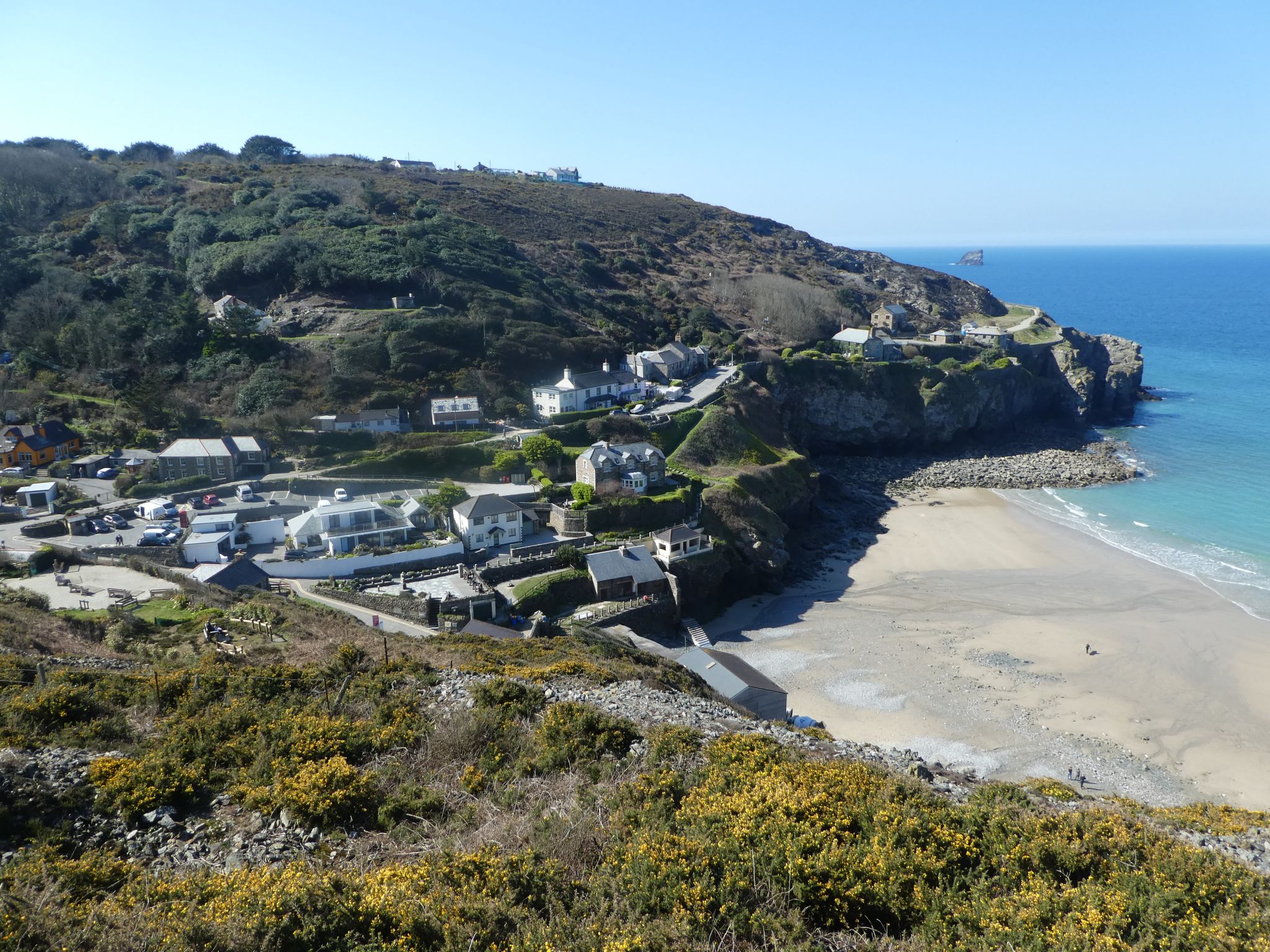 After lunch at a small organic cafe overlooking Trevaunance Cove we headed back to Porthtowan.  Could you ever get tired of walking this coast? 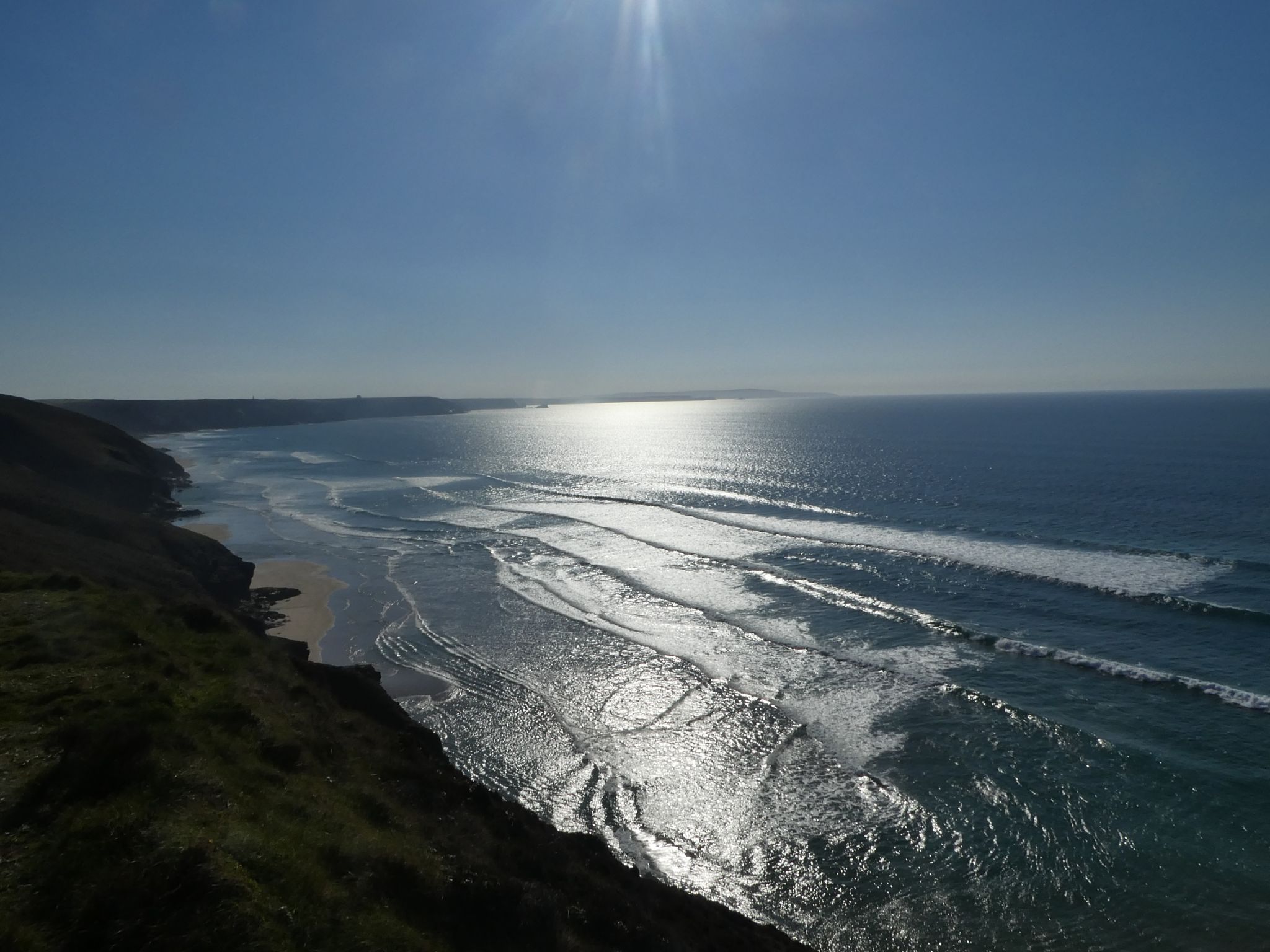 We poked around Falmouth, and had a cream tea in the gardens of an elegant hotel where a gentleman told us it would be easier to resolve Brexit than get a consensus on whether you put the jam on the scone and then the cream, or vice versa.

We ate like kings, courtesy of the gourmet cooking of our friends, and drank just as well.  Great food, great company, great walking.  And not a spot of rain all week.  Thanks guys!

And as instructed, David, we won’t mention the poly tunnel.