The Beatles broke up in 1970, but 49 years later, their hometown still celebrates them. Or should that be – shamelessly exploits the association for ongoing commercial gain.

There’s the Beatles Story, a museum describing the early lives of the members, including audio extracts from interviews in which they talk about how they met and started playing together and displays of memorabilia.  There are recordings of interviews with their producer about significant events in the band’s development, an entire exhibit dedicated to Sergeant Peppers Lonely Hearts Club Band, and a mock up of the Cavern Club, where the Beatles got their start. 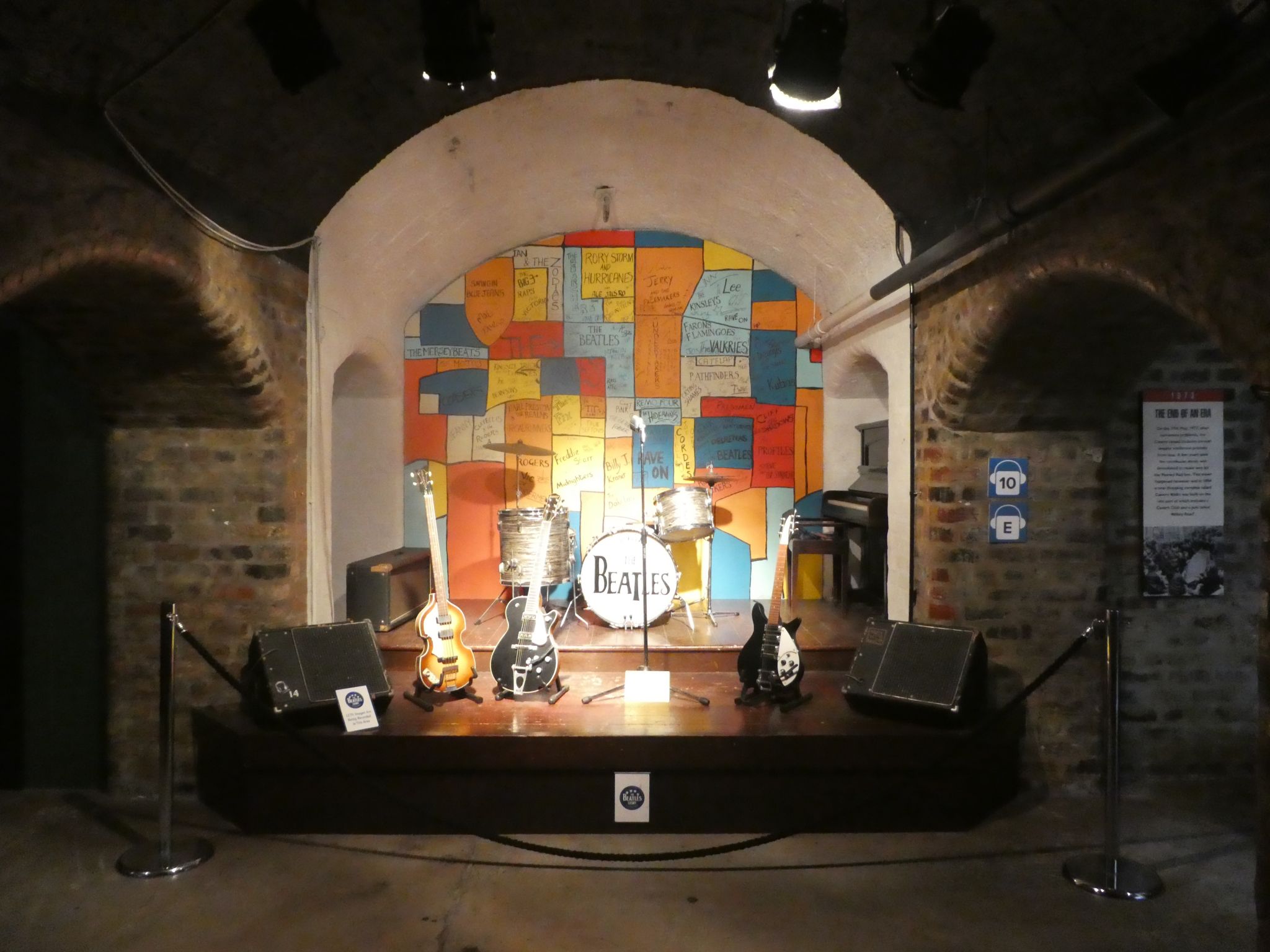 It’s all fairly sanitised, with no mention of the drug arrests, internal fighting or well-known ego-mania of certain members.  And it felt vaguely silly that for most of the youths wandering awestruck through the rooms, the Beatles was not even the music of their parents’ generation but more likely their grandparents.

You can do bus tours that pass the childhood homes of Lennon and McCartney (we didn’t) or you can catch some music at the Cavern Club. 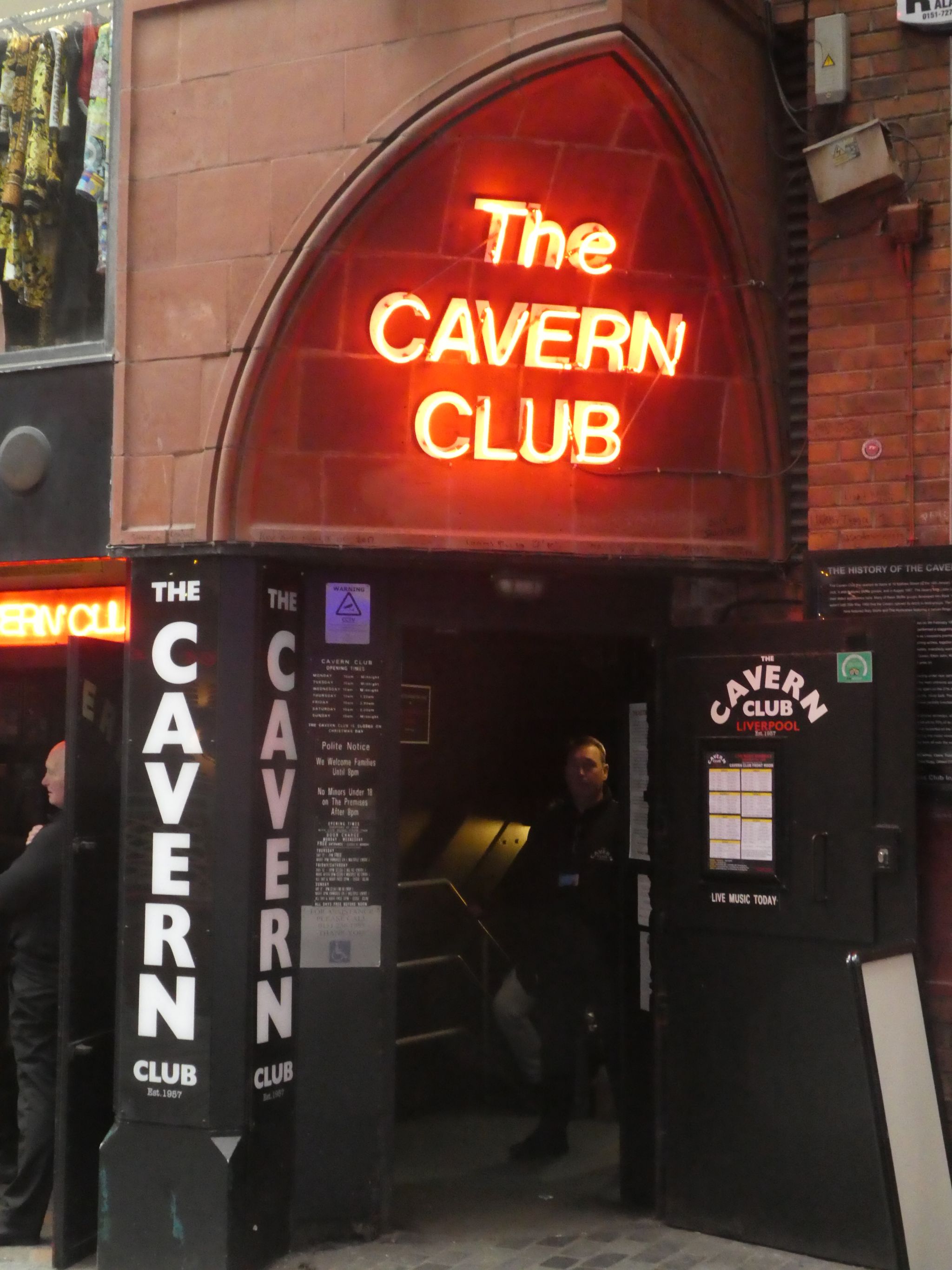 Despite the claim on the door post that it was ‘established 1957’, this is not the original.  The real Cavern Club was located half a block down the street.  It closed in 1973 when the building was earmarked for demolition to make way for a ventilation shaft for the underground rail.  The works never went ahead and the site lay dormant for a decade.  When it was finally redeveloped, the bricks of the original club were removed and used for the replica.

A memorial to the original is located where its front door was, along with a fabulous statue of Cilla Black who also got her start here. 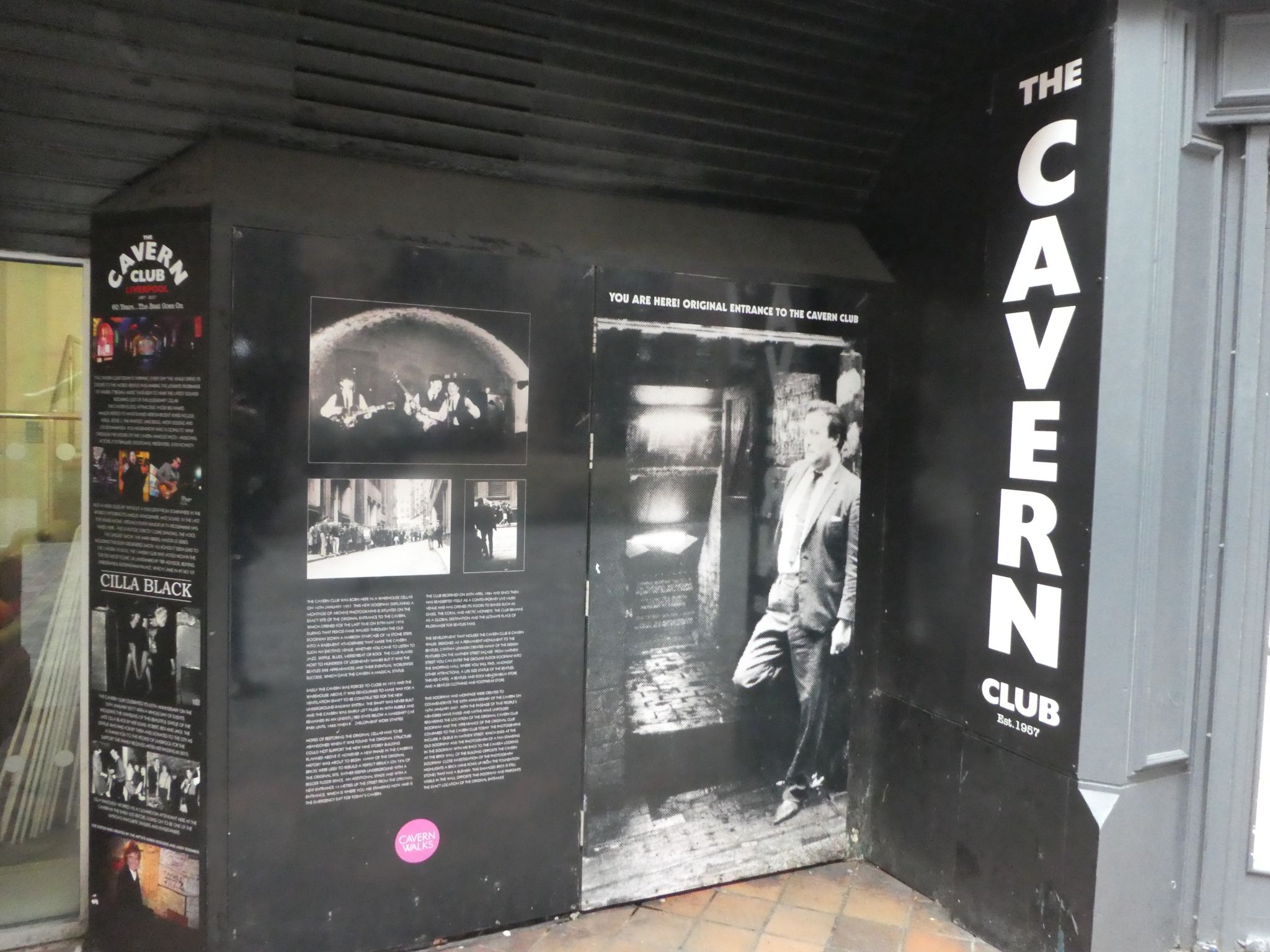 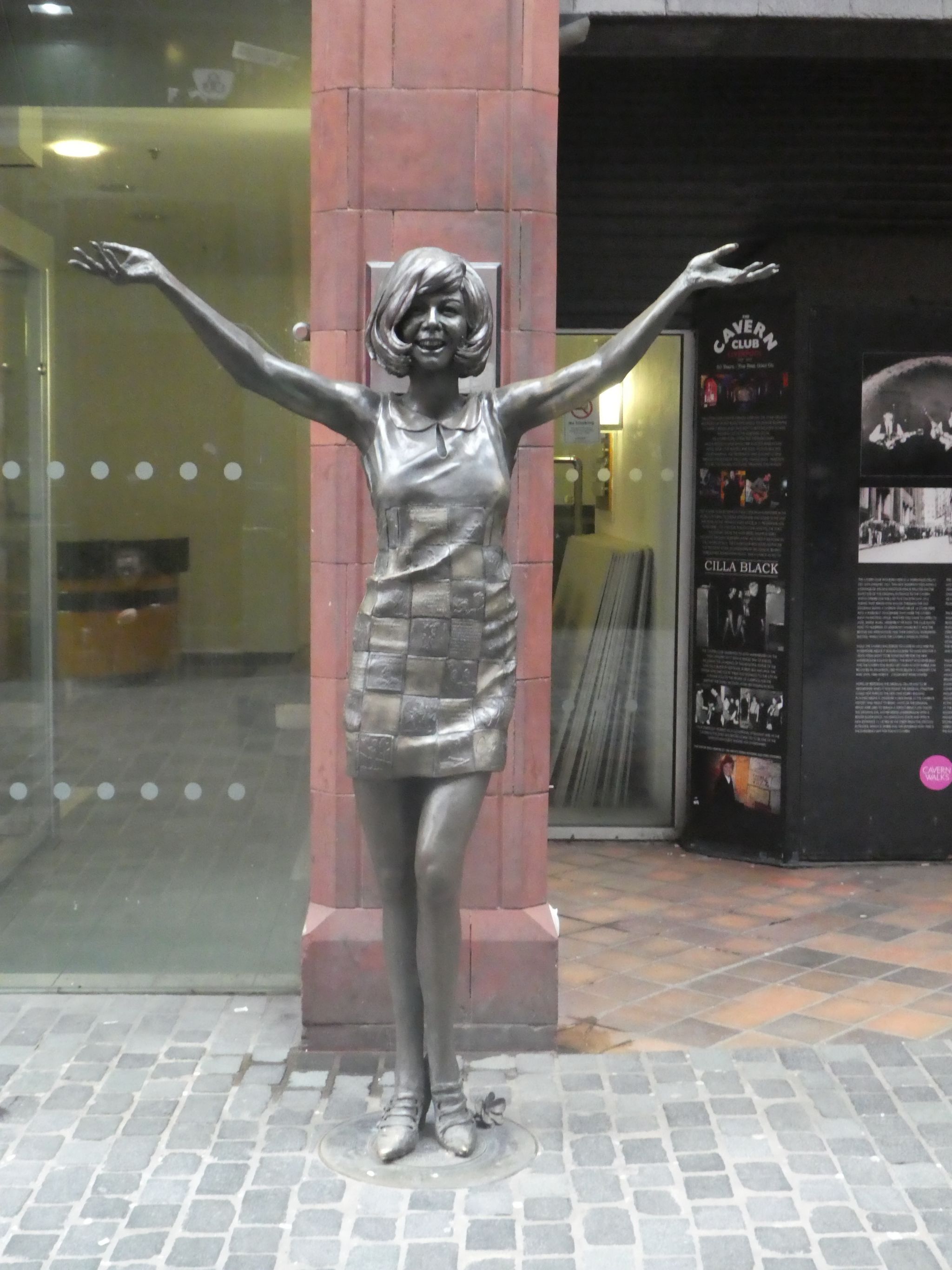 There used to be a life size topiary of the Beatles outside Liverpool South Parkway station, but in 2008, Ringo Starr was asked if there was anything he missed about Liverpool.  He said ‘no’ and in retribution an outraged fan cut Ringo’s topiary head off.

Now there is a life sized bronze on the revamped Merseyside promenade near Albert Dock.  More durable than trees. 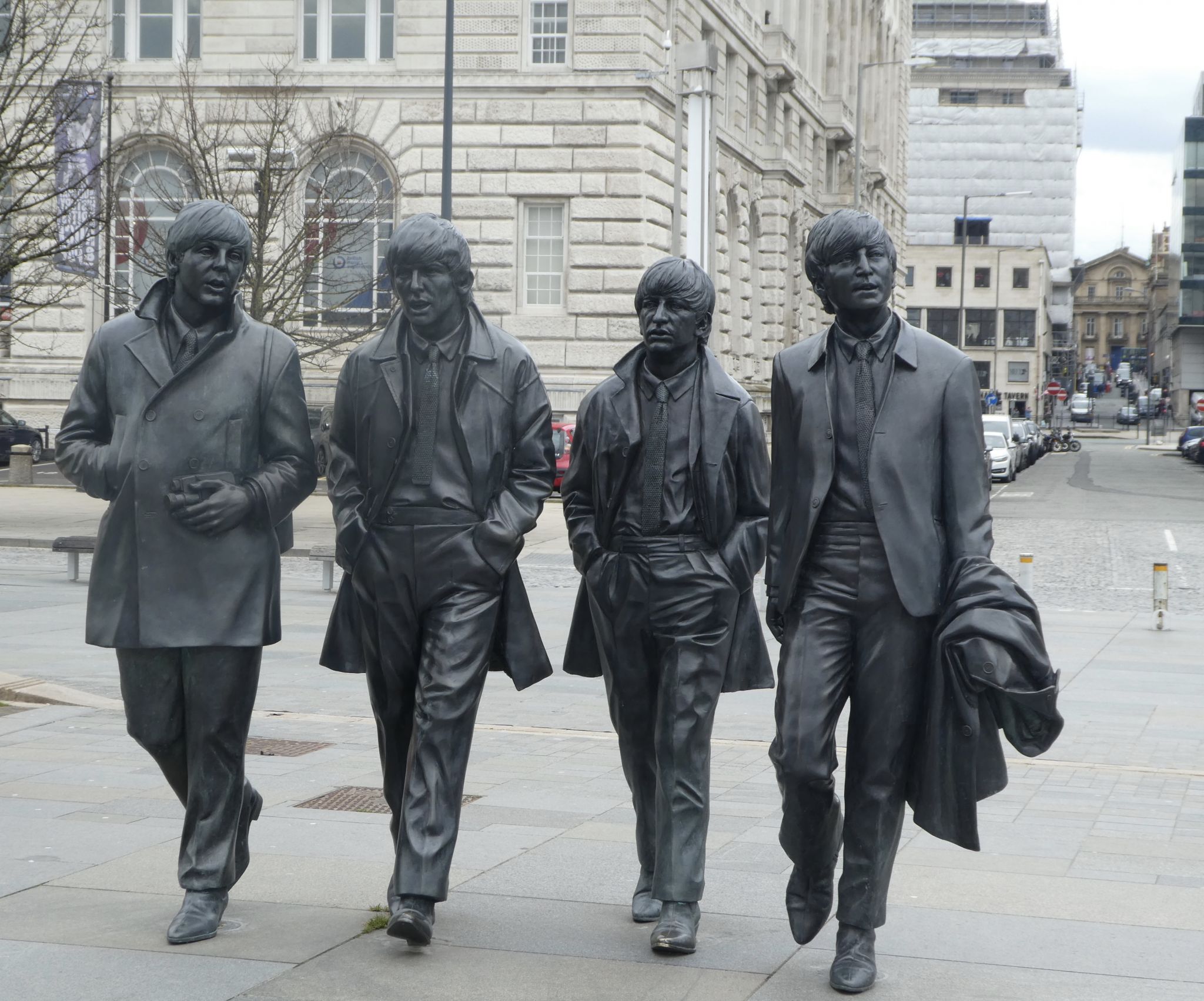 With the exception of Penny Lane, and perhaps Strawberry Fields, the Beatles didn’t write songs about Liverpool.   None of them lived here once they became famous, and mostly they weren’t very complimentary about the city of their childhood in later years.  It doesn’t stop the city shamelessly mining the association.  There’s a swag of pubs and clubs with Beatle-associated names, which almost certainly have no true connection with the band. 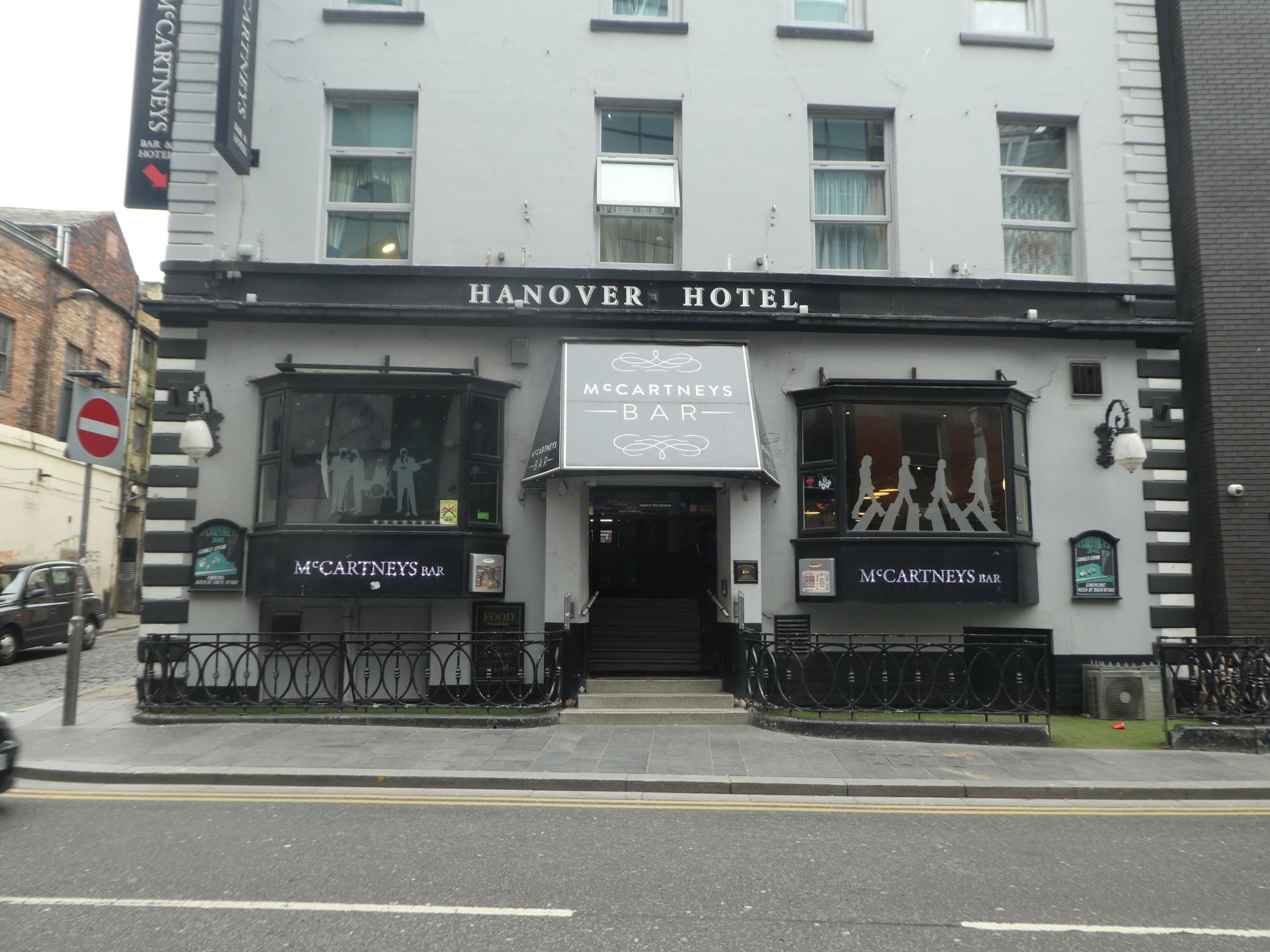 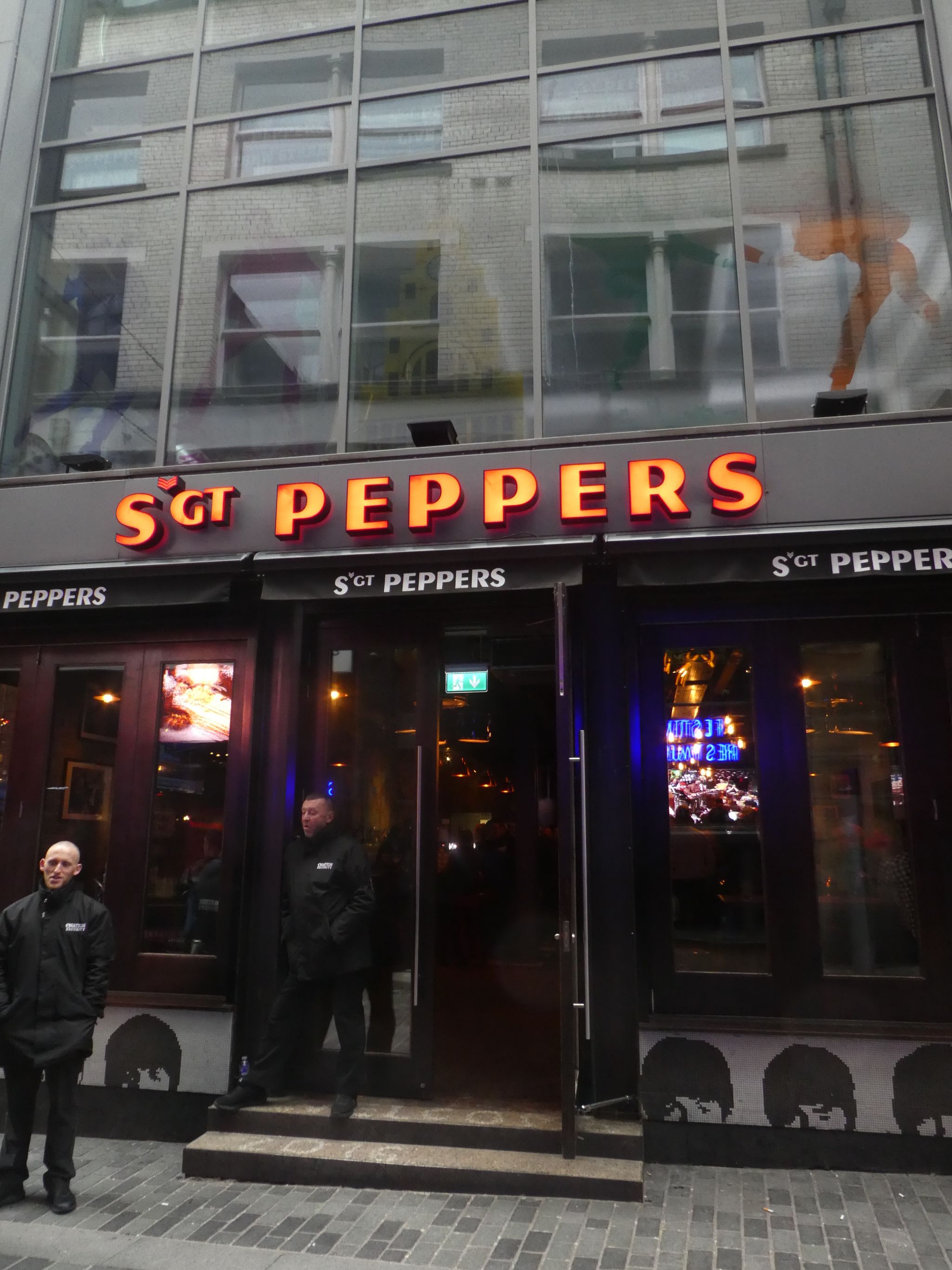 There’s even a Cat Cafe where you can buy a coffee and smooch the cats.  What’s that got to do with the Beatles?  Well, when they are not entertaining the humans, the cats sleep in a tower of beds in the front window.  Of course, there’s a George and a Ringo. 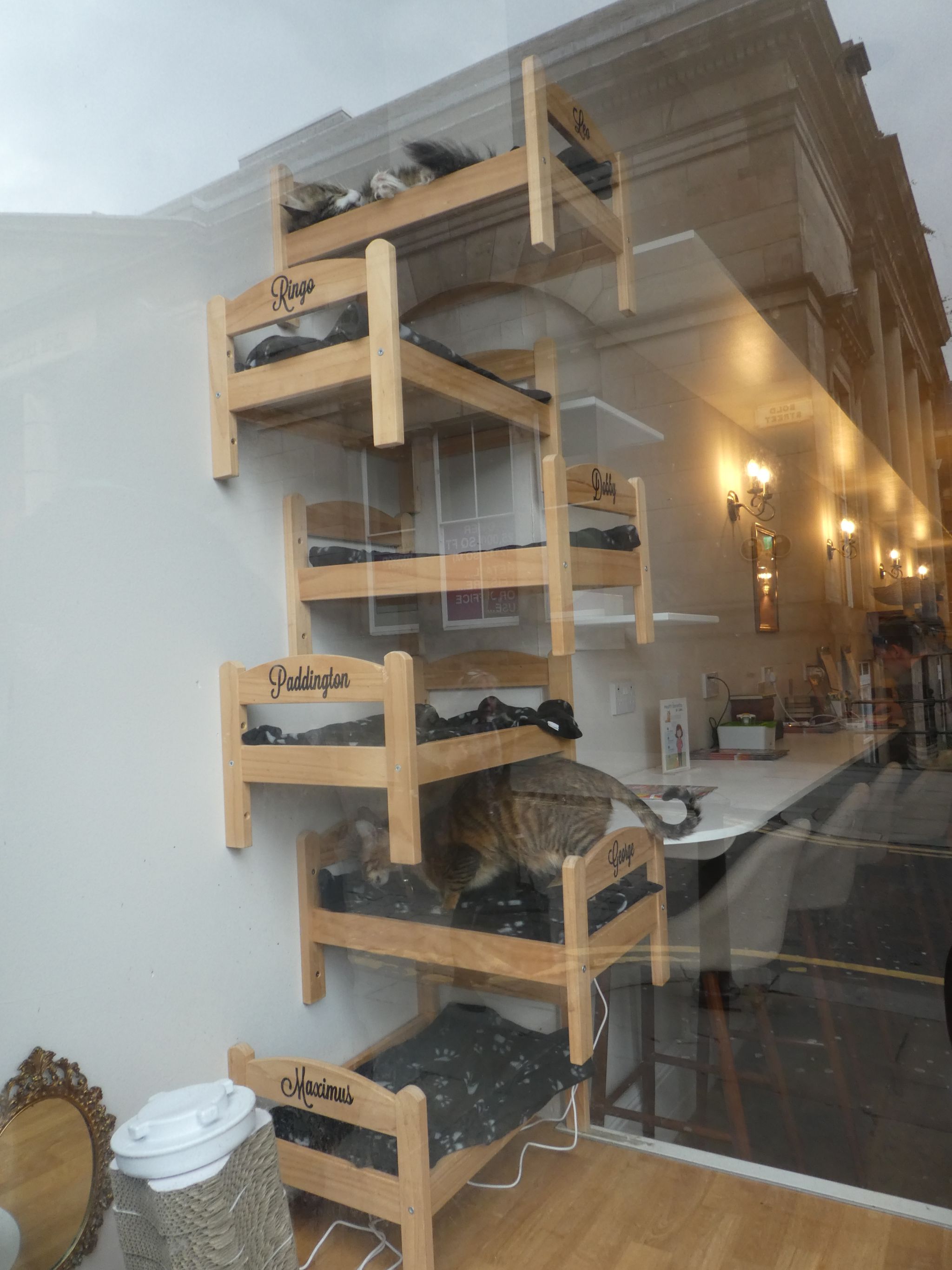 Even if Liverpool’s love affair with the Beatles is a bit one-sided, it’s still pretty good for tourism.