We book-ended our walk in the Rhodope Mountains with a few days in Plovdiv.

Since being announced as one of two European Cities of Culture for 2019, Plovdiv has become a trendy destination.  Indeed, it was described in one article we saw as ‘the new coolest city in Europe’.

Plovdiv is home to 350,000 people, and arriving on the train your first impression is of yet another uninspiring concrete-block city.  But get to the centre and it’s very different.

The main pedestrian mall consists of a long and beautiful row of restored Art Deco and other interestingly styled early 20th century buildings.  So often, malls are too narrow to get a good perspective on the architecture, but this one is wide and uncluttered, ideal for admiring what’s above. 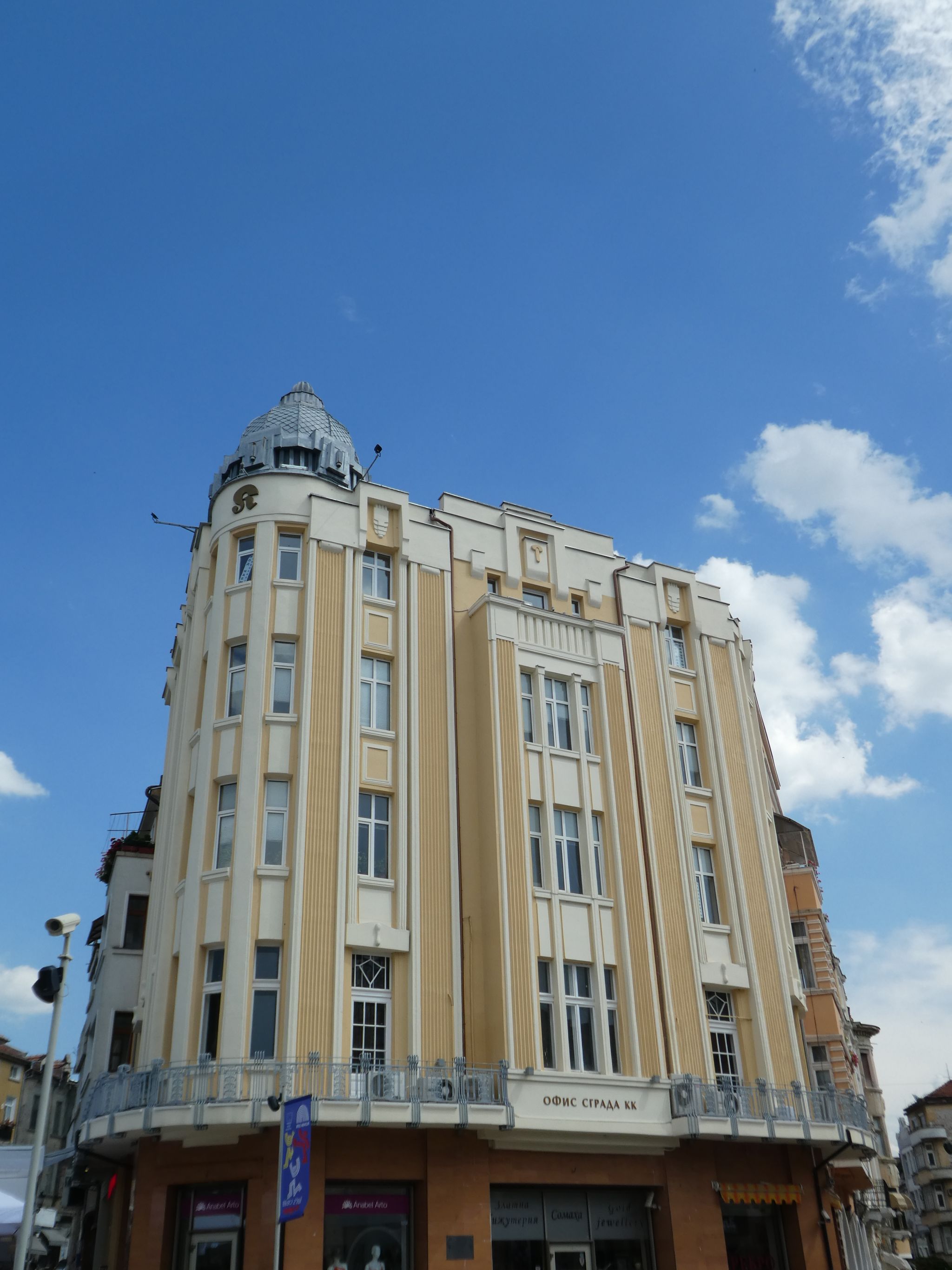 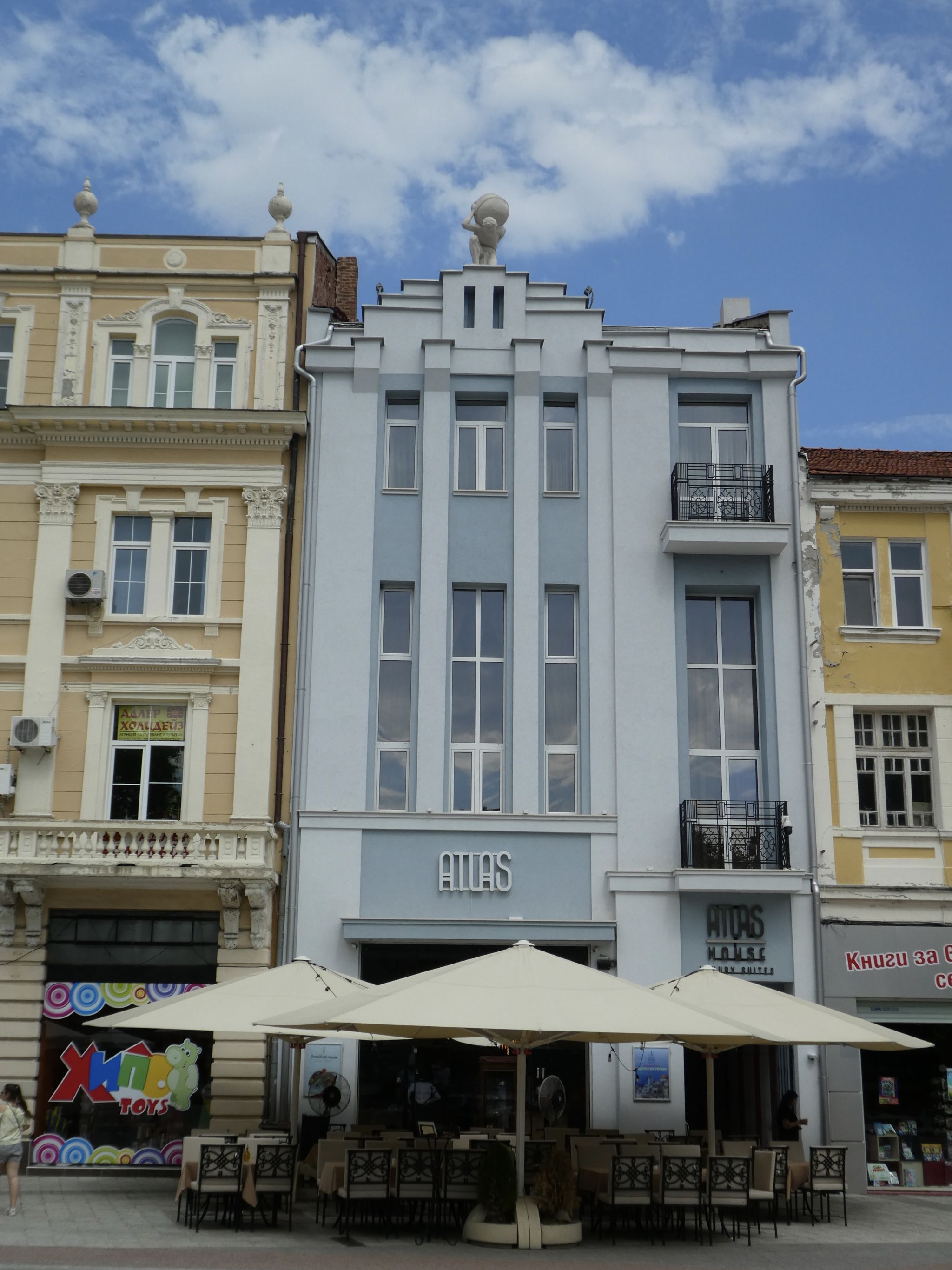 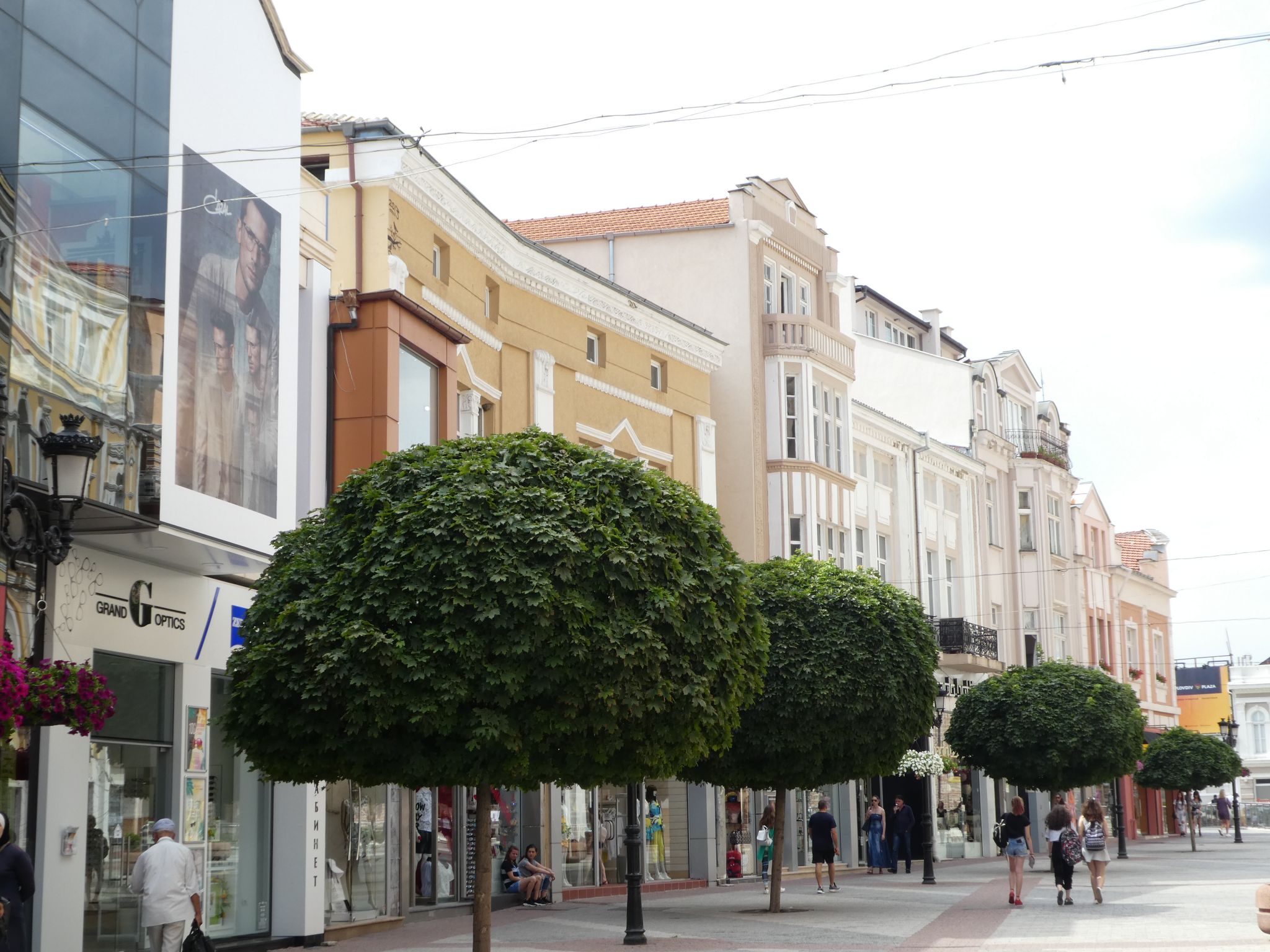 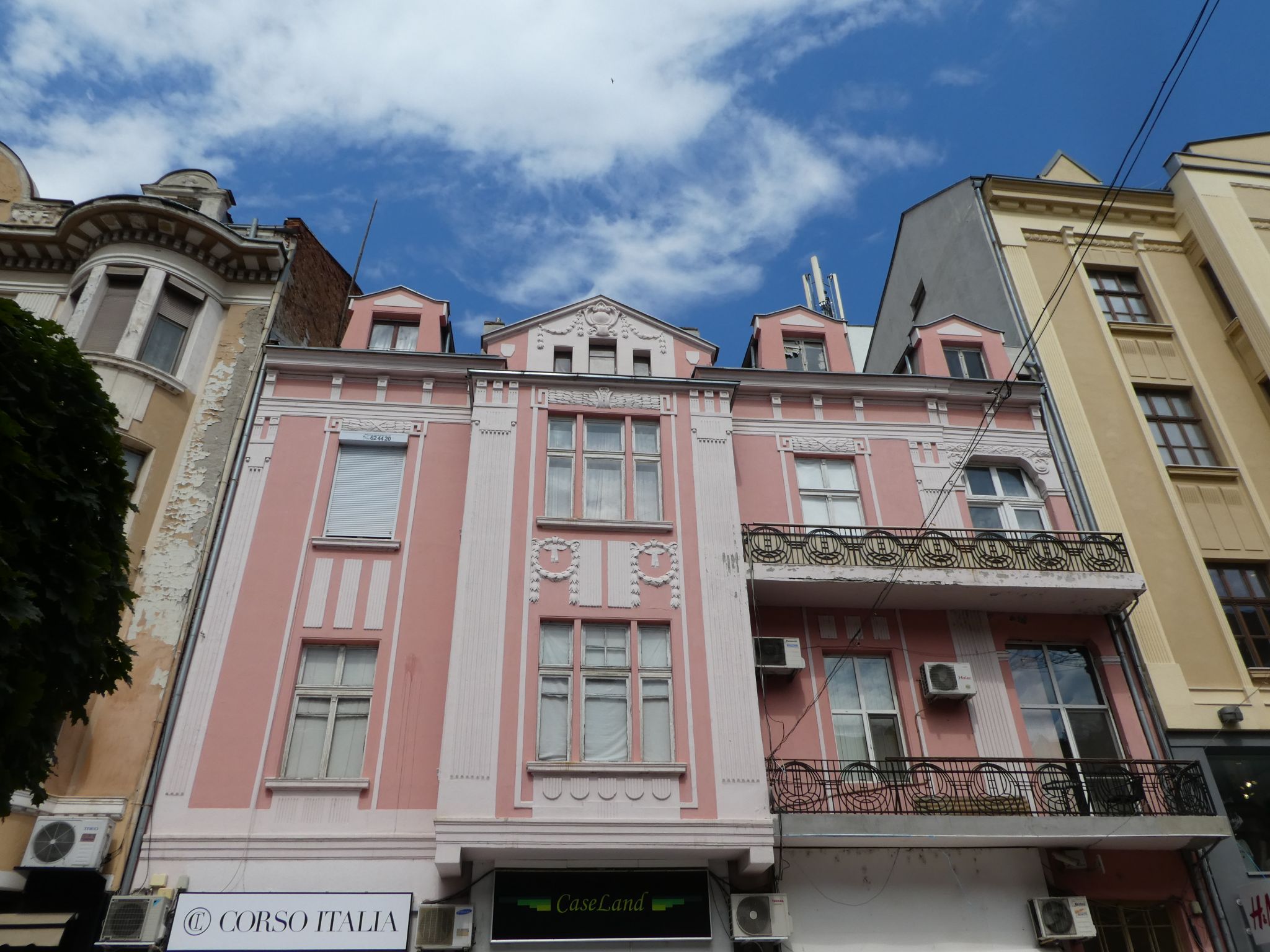 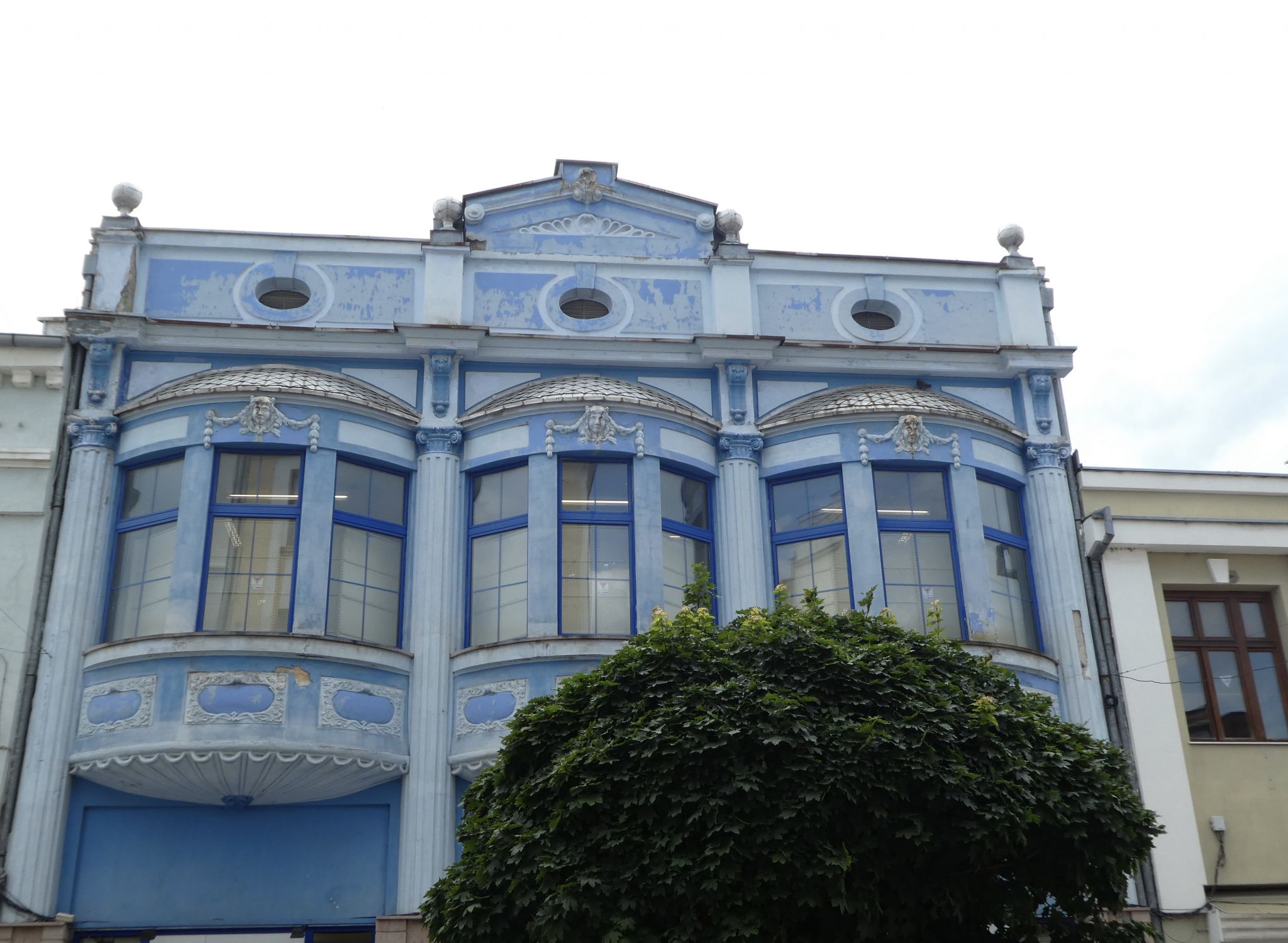 There’s a few interesting pieces of street art in the mall, including a statue of a local identity known as ‘Milyo the crazy’, which sounds insulting but apparently was intended to be an ‘affectionate’ moniker.

The story is that he was a very intelligent young man who suffered impairment of his mental state as a consequence of meningitis.  He spent a lot of time hanging around this area and was known as a prankster and mimic.  The statue was funded by a childhood friend who learned of Milyo’s death when he returned to Plovdiv after making money abroad, and it is said that if you whisper your dreams and wishes into his cupped ear, they may come true. 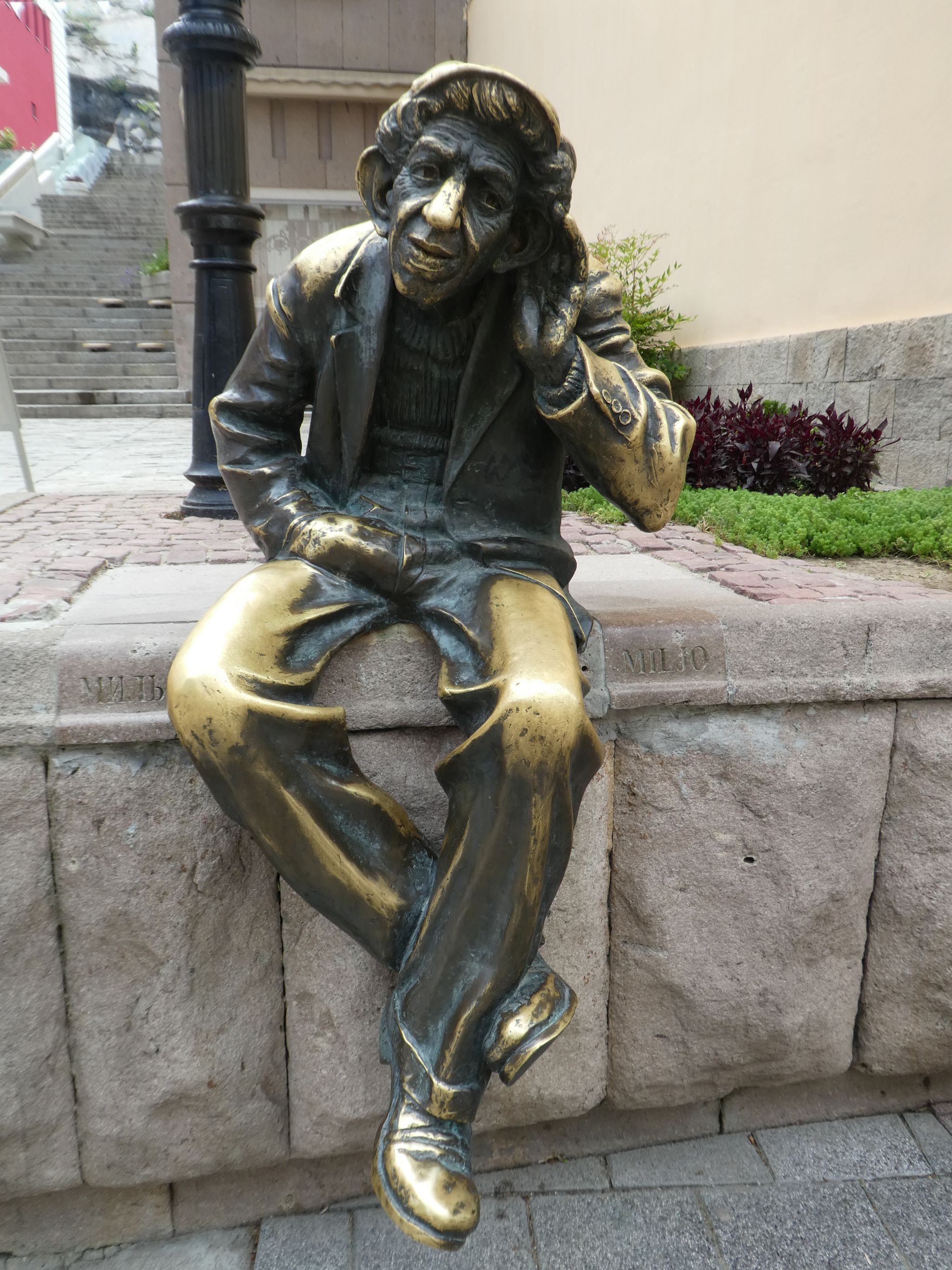 The pedestrianised zone runs over the top of the remains of the Stadium of Philippopolis, a 30,000 seat arena built by the Romans in the 2nd century.  There’s an imaginative cut-out in the centre of the mall from which to view a restored section. 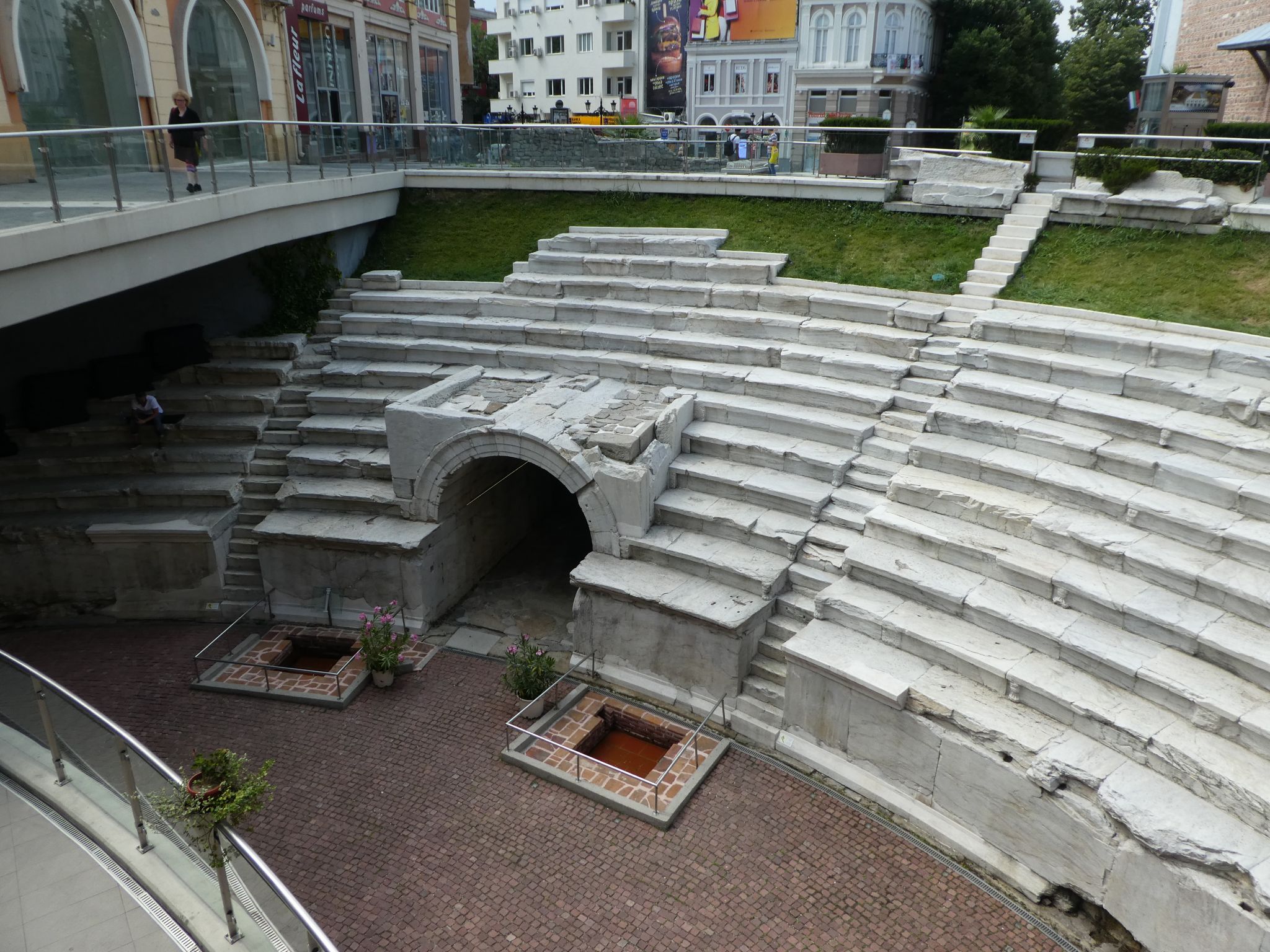 The more impressive ancient ruin is the 6,000 seat Roman Amphitheatre, also built in the 2nd century, the remains of which were only discovered due to a landslide in 1972.  The amphitheatre has been substantially restored and is now used for concerts.  They were setting up for one when we visited. 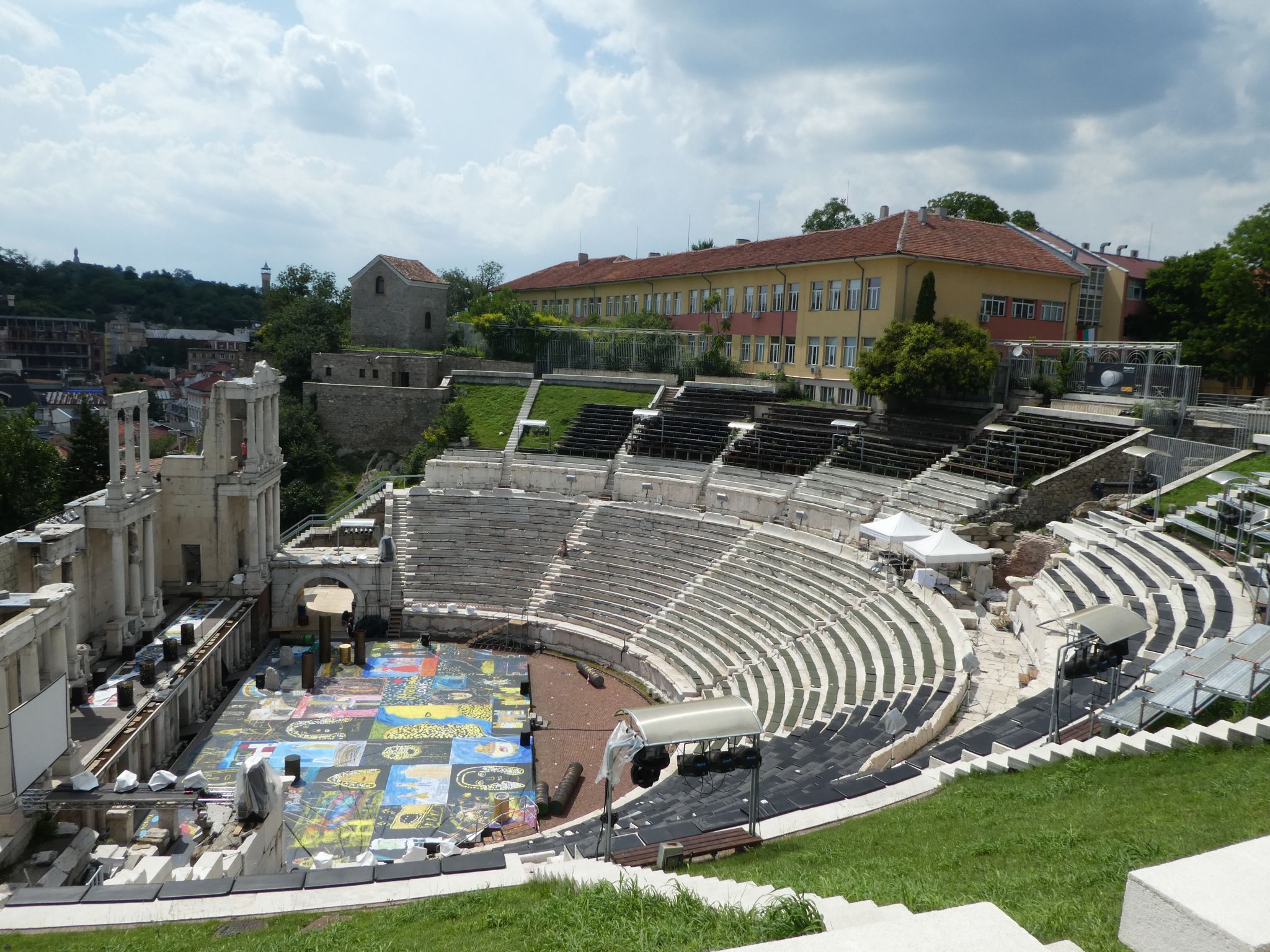 But let’s be honest.  There are bigger, more impressive Roman ruins in other cities.  What’s unique to Plovdiv is the old town’s National Revival architecture.

Bulgaria was conquered by the Ottomans in the 14th century, and as the Ottoman Empire expanded, Bulgaria gained importance as the central point where trade routes from all corners of the far-flung empire converged.  In the second half of the 1700s and through the 1800s, a new Bulgarian middle class emerged, enriched by facilitating this trade.

The rise of the middle class led to a revived sense of national identity, which found expression in the arts, artisanal crafts and a unique architectural style now known as National Revival.  In Plovdiv, merchants built exceptionally ornate mansions in this style, which is characterised by striking colour, detailed decoration and intricate interiors.

Plovdiv’s old town is often referred to as a ‘living museum’ of National Revival architecture. There’s a bunch of restored house-museums complete with period furniture and fittings which are open for visitors.  Other mansions have been restored for use as hotels, art galleries and an ethnographic museum.

One of the best examples is Hindlian House, which was originally owned by an Armenian merchant family and is now a house museum. 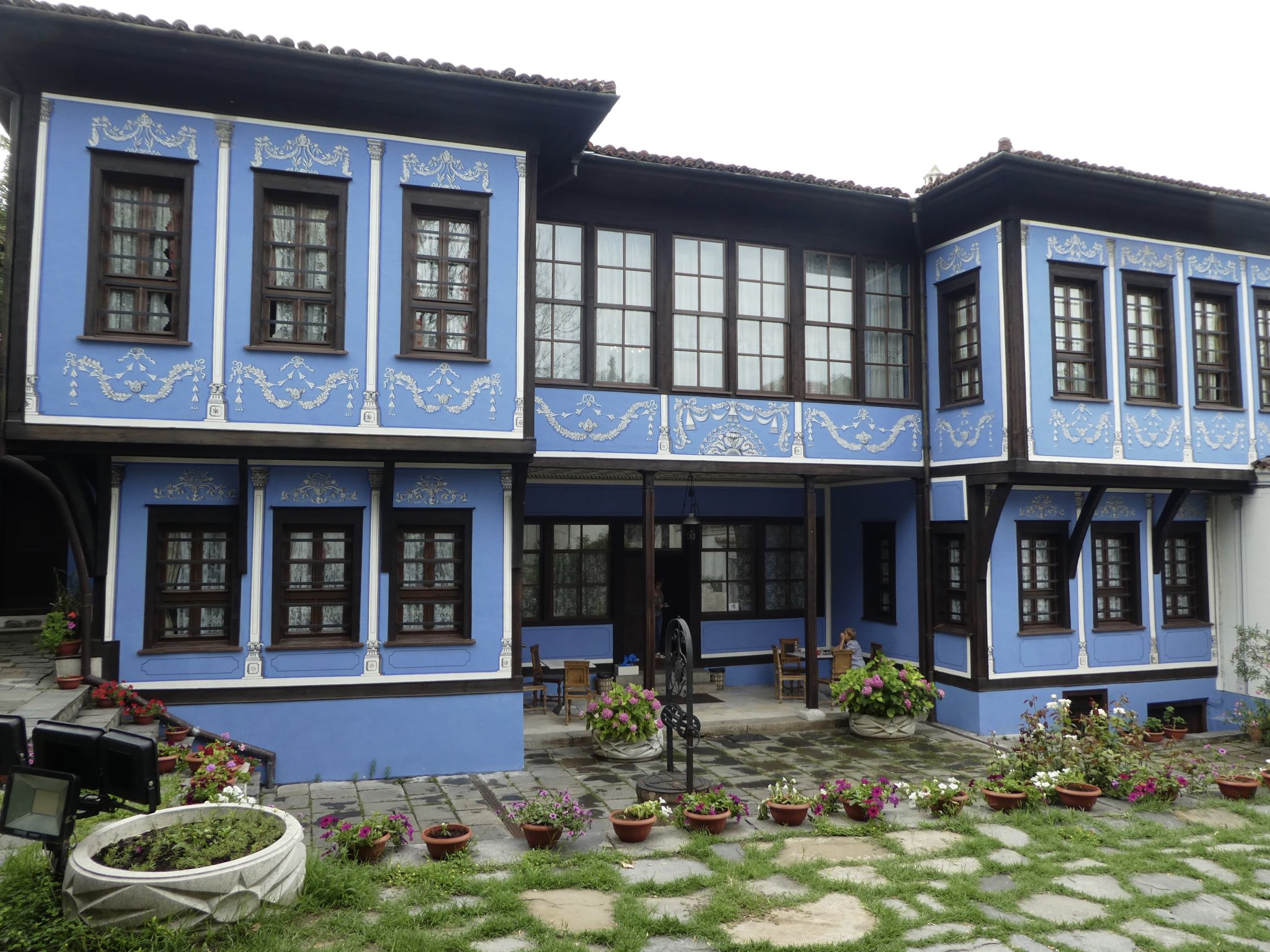 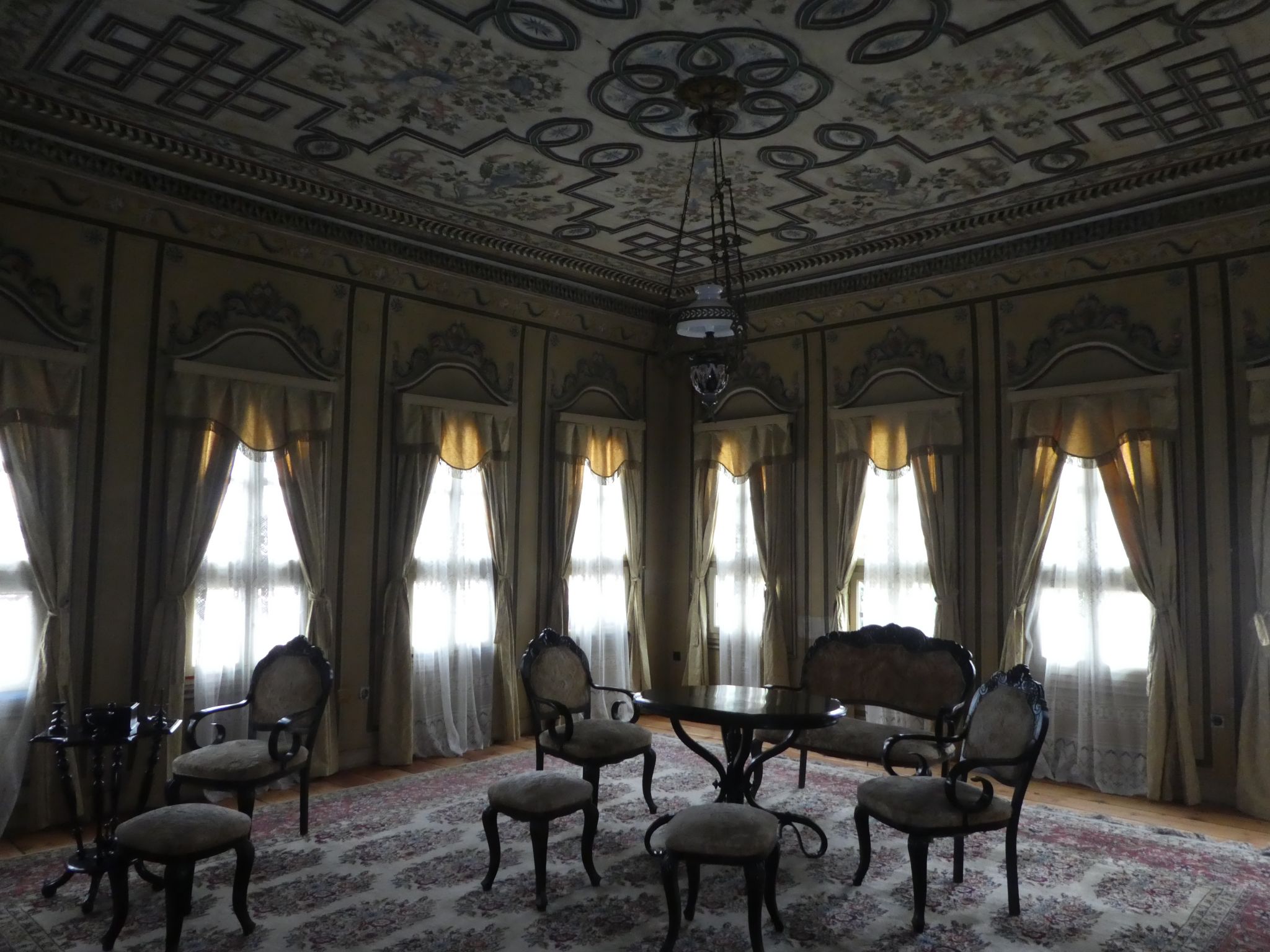 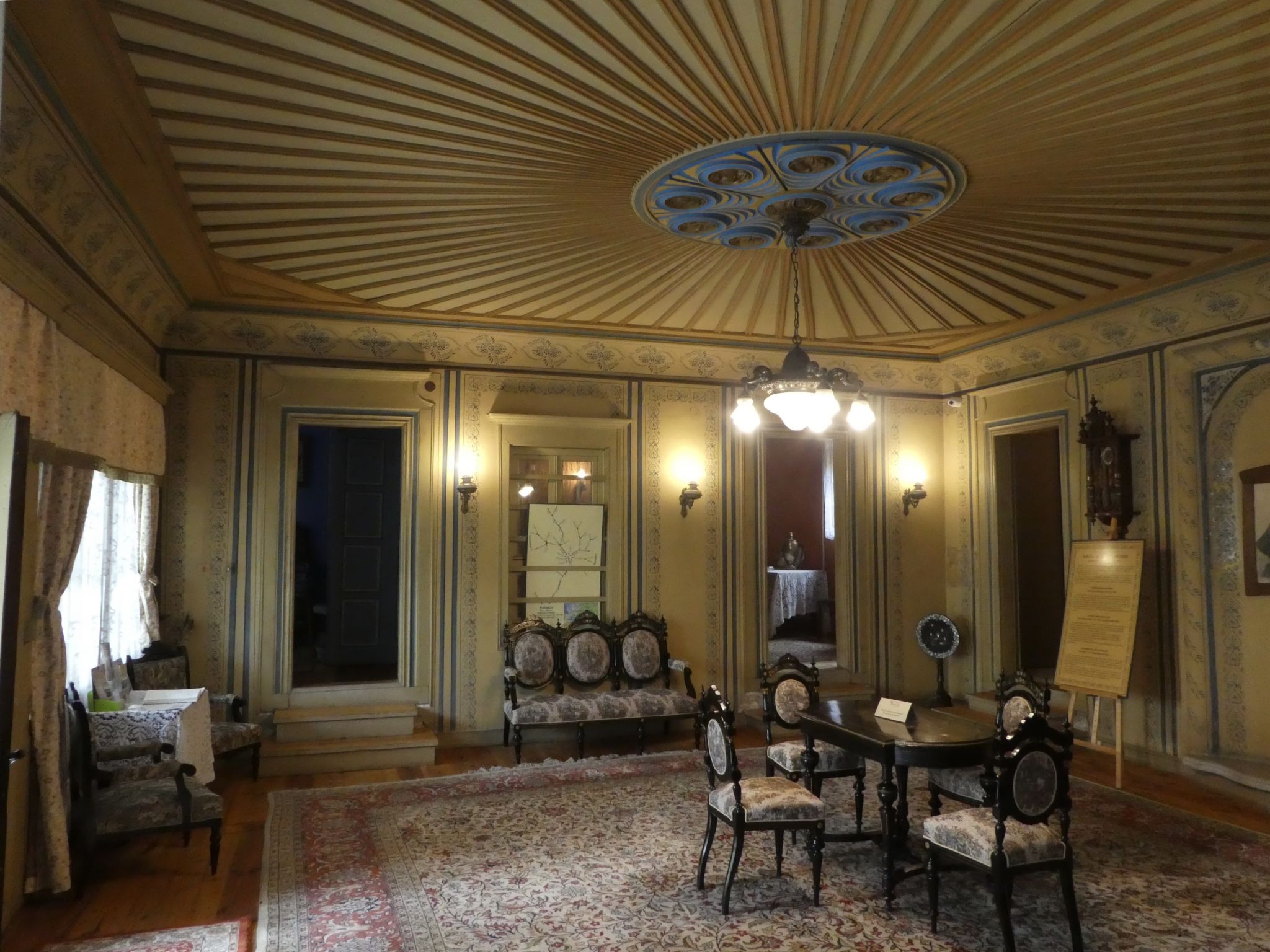 Another former merchant’s mansion now houses the Regional Ethnographic Museum. There were exhibitions of traditional dancing in the garden when we visited. 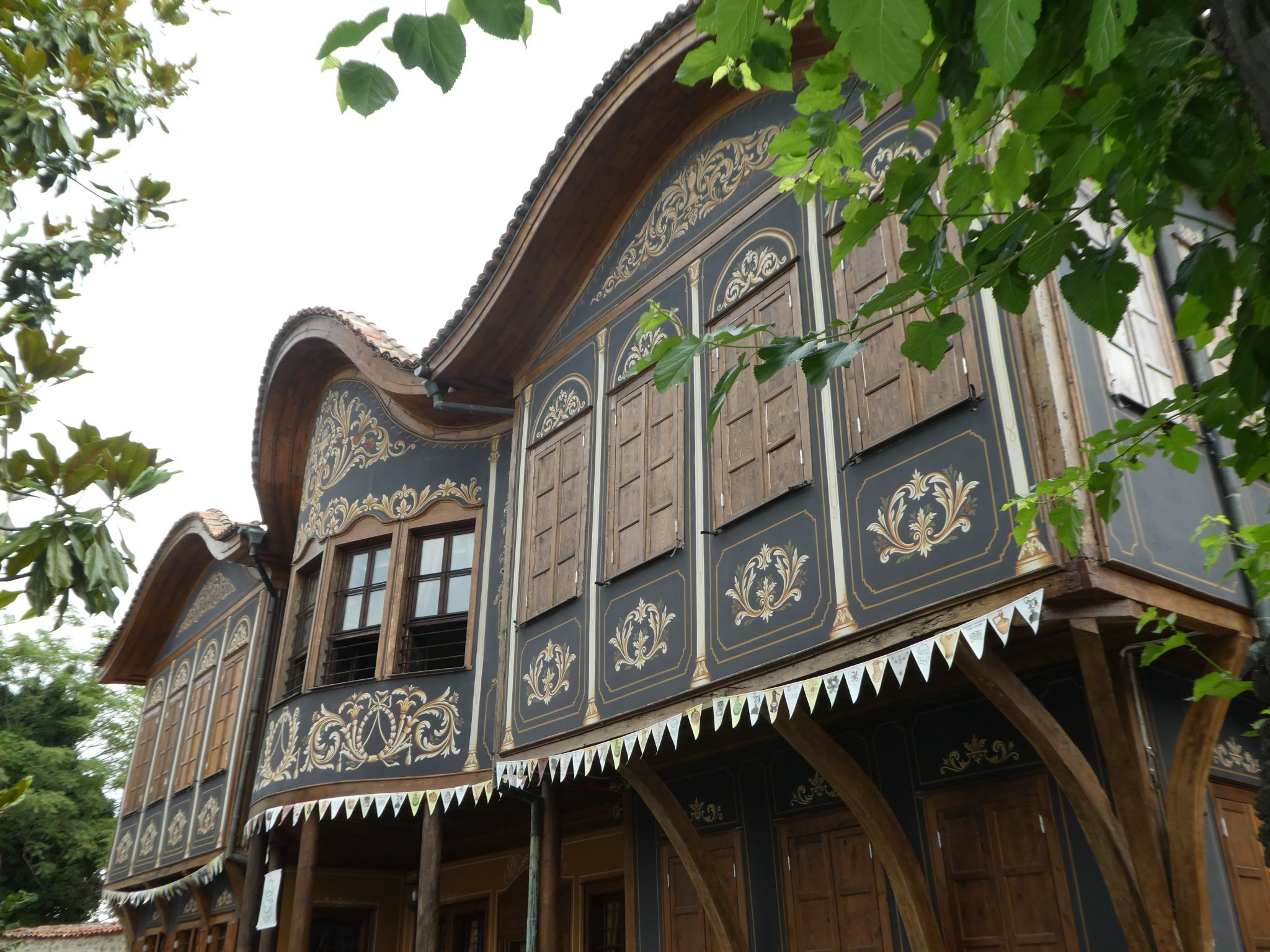 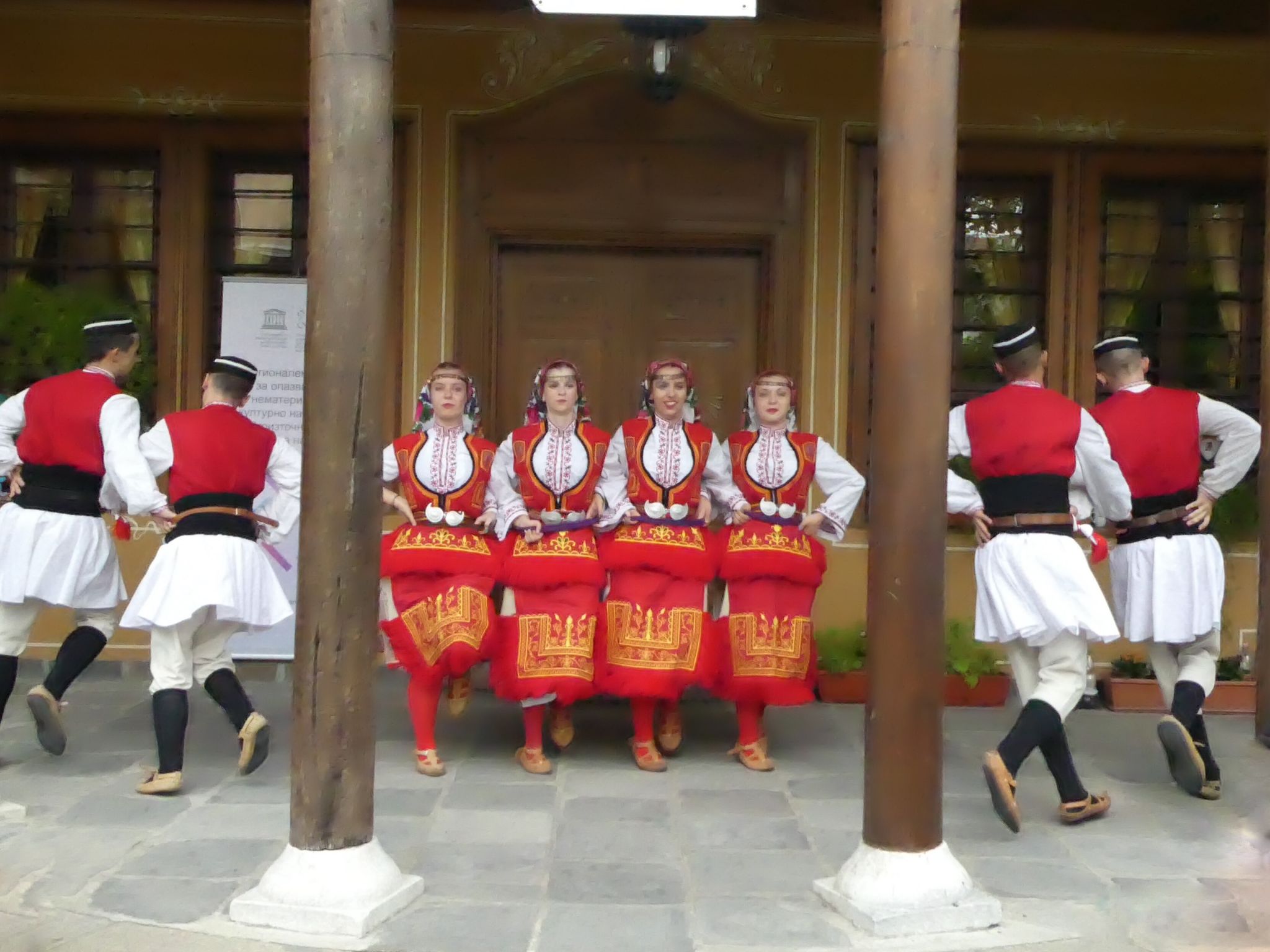 Balabanov House burned to the ground in the 1930s, but the original plans survived and a meticulously accurate reconstruction was built on the site in the 1980s.  It has great examples of the ornate wood carved ceilings found in the interiors of many of the houses. 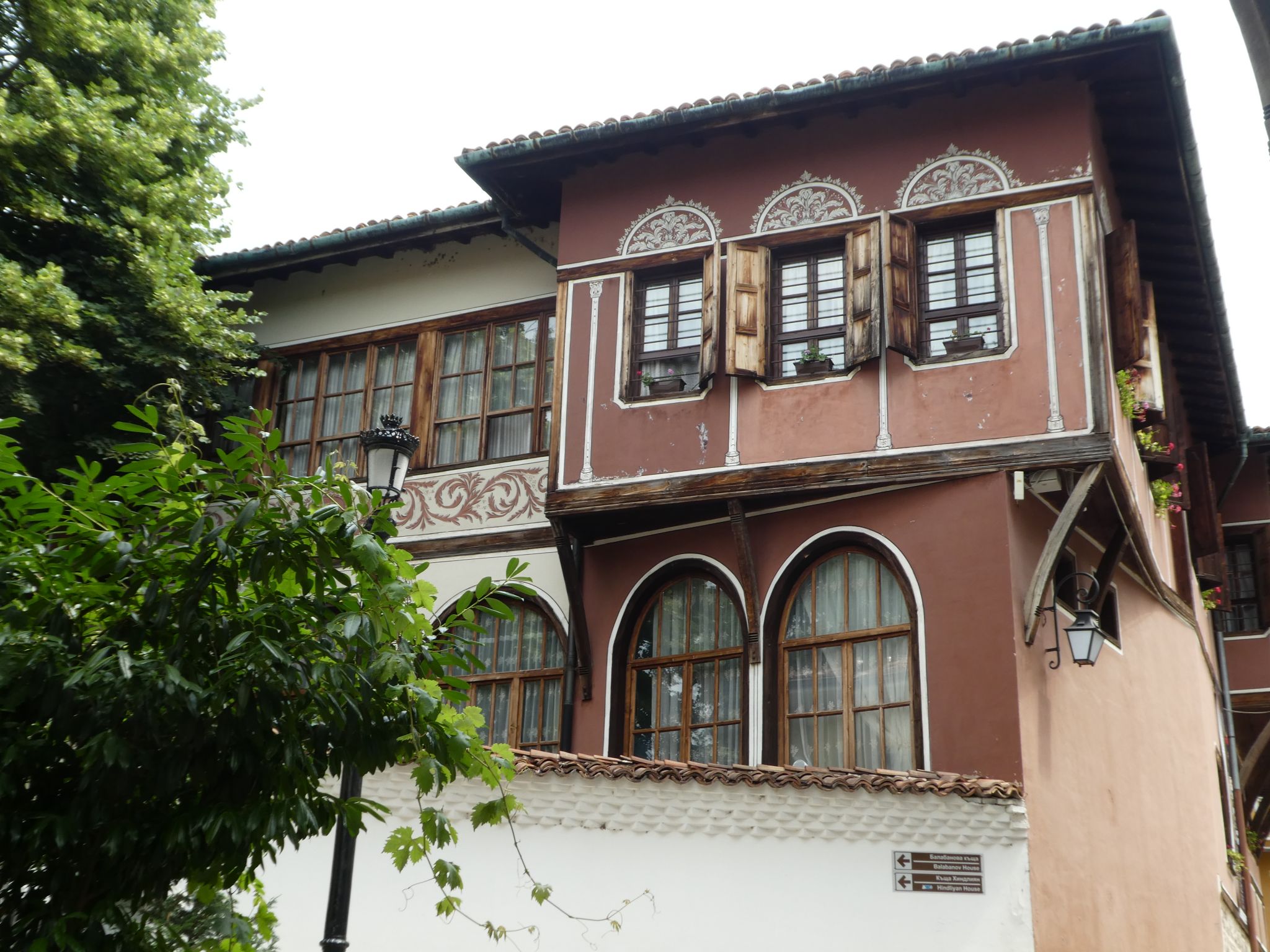 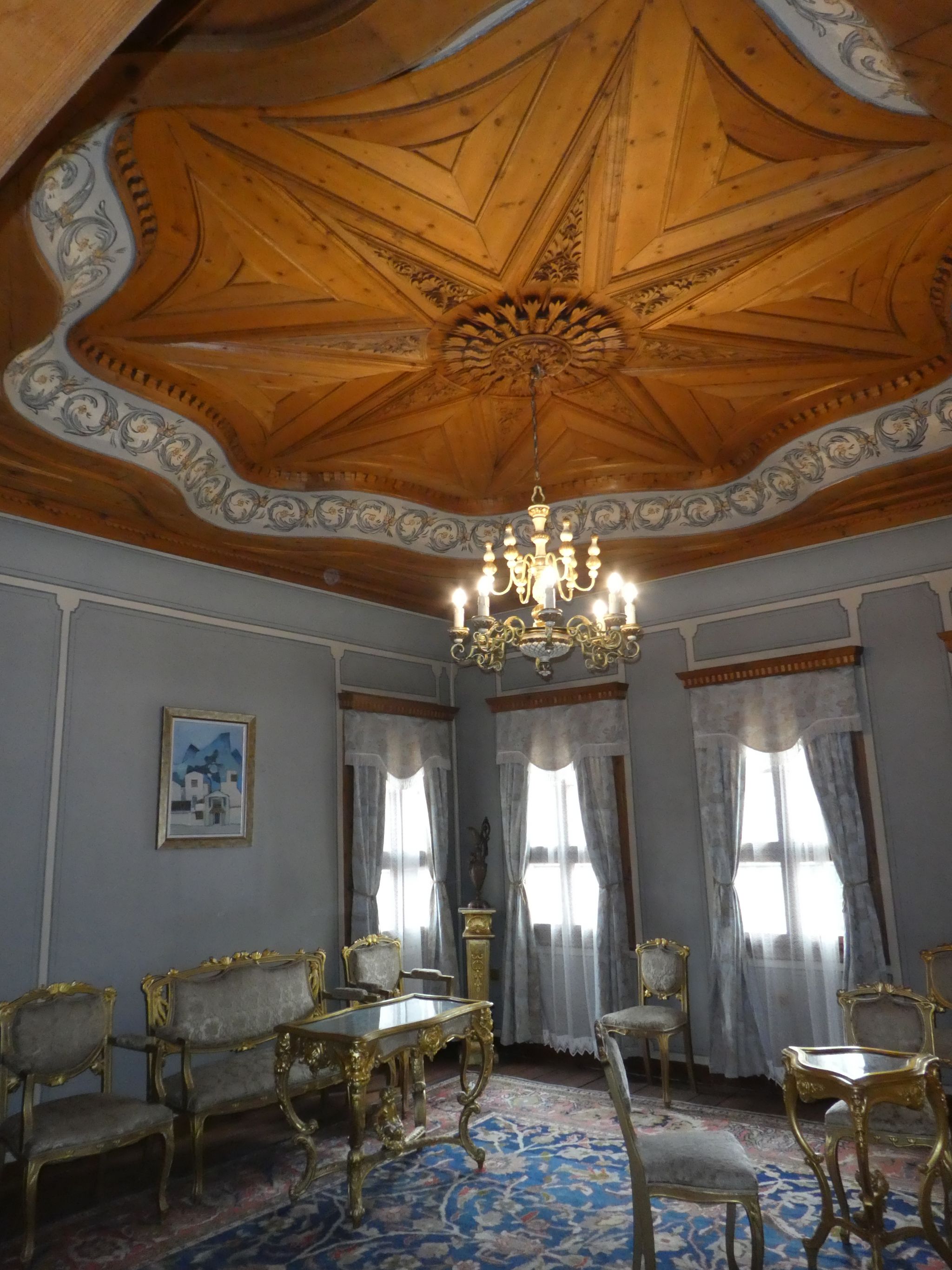 As well as the houses with a known history, there are many others in varying states of repair in the tangle of cobblestone lanes. 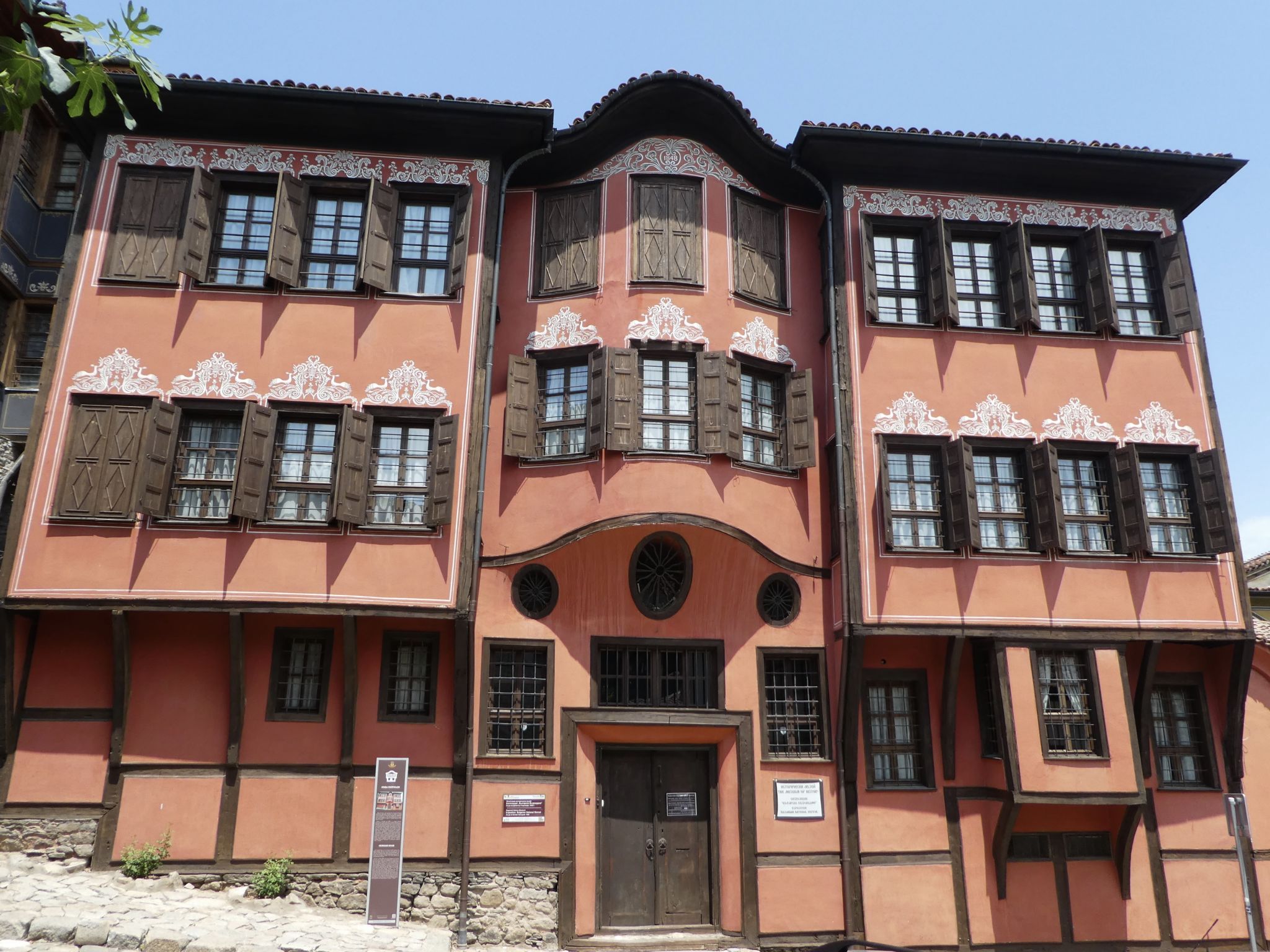 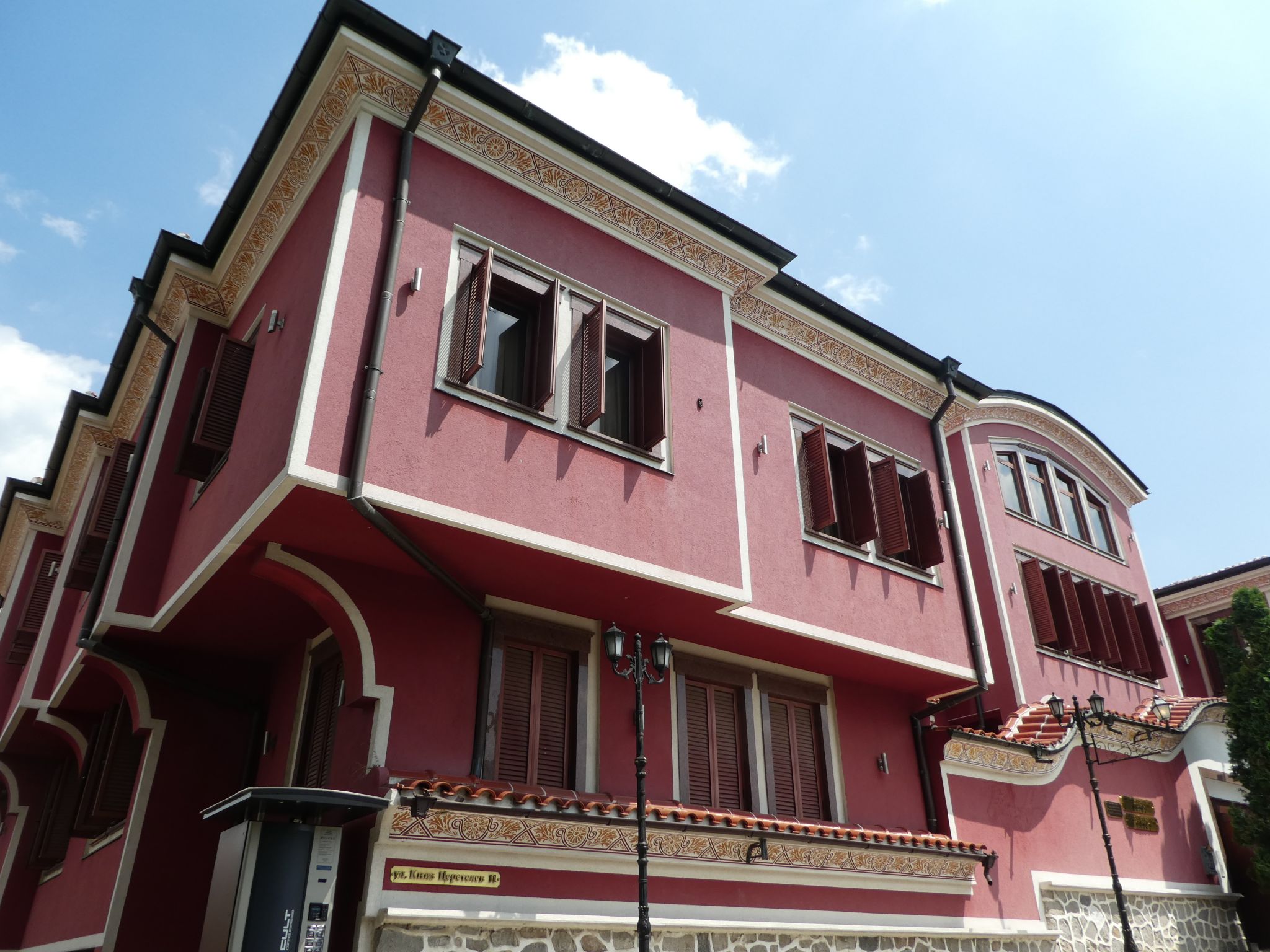 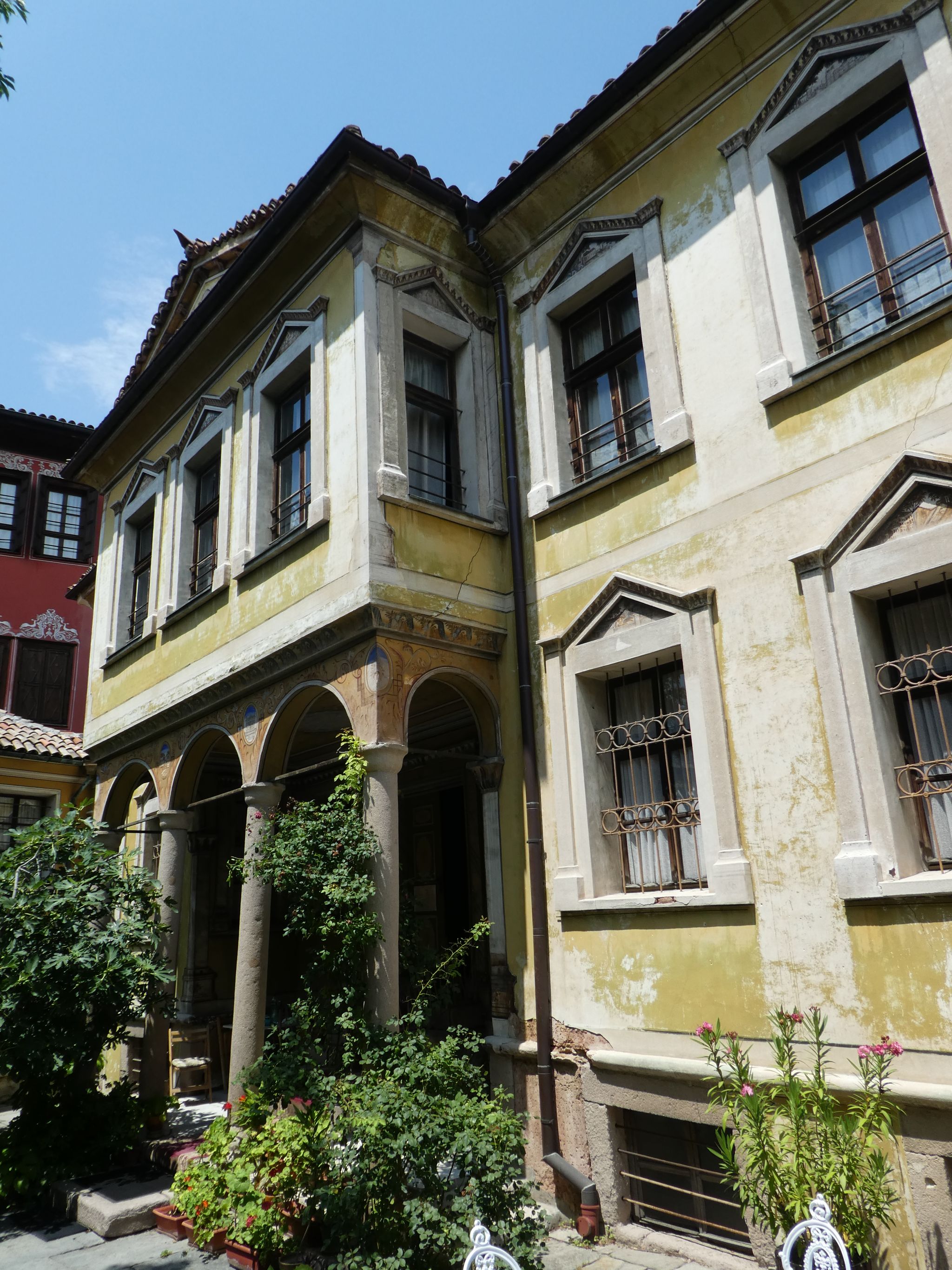 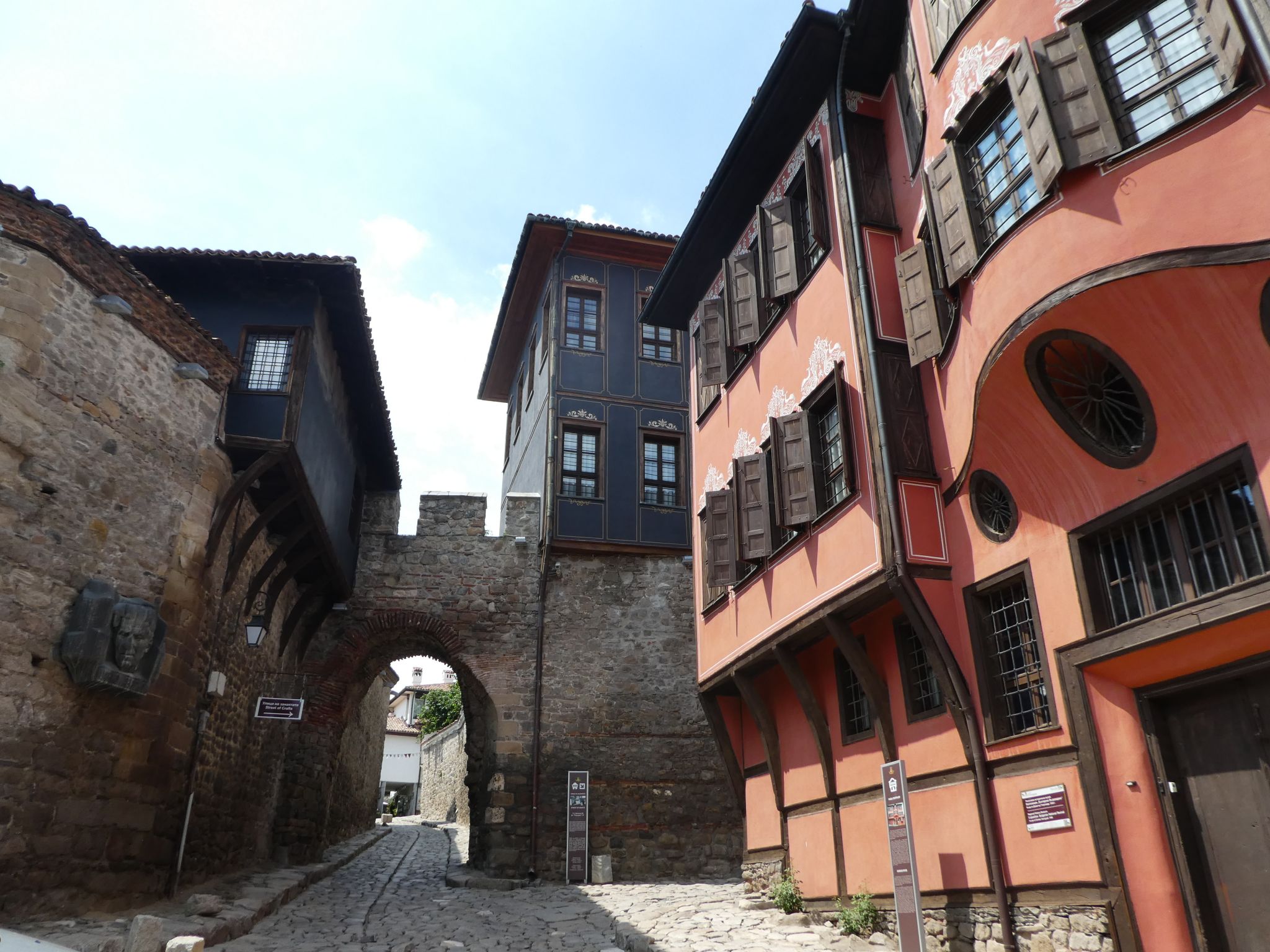 Although a lot of work is being done to attract tourists, the Old Town is still a place where real people live and work.  It’s got enough interesting nooks and crannies, and it’s small enough, to just wander and explore.

And as for Plovdiv – no, it’s not the ‘coolest city in Europe’, but it’s worth a look.