Salt has been mined from a huge underground deposit on the edge of the town of Turda ‘since antiquity’.   It was extracted continuously from Roman times until 1932, on an increasingly industrial scale.  The result – an enormous, hollowed-out cavern more than 100 metres under the ground.

It was used as a bomb shelter in WWII.  Later still, part of it was employed as a warehouse for storing cheese.

But what’s the highest and best use for a massive, decommissioned underground salt mine in the modern era?  A fun park, of course!

The mine has two entrances.  We entered via the ‘old entrance’, which literally means that after paying for a ticket you walk through a door in the side of a hill.  Instantly the temperature drops to a chilly 11 degrees or thereabouts.  Then you walk about 800 metres along the original tunnel to the mine shaft entrance. 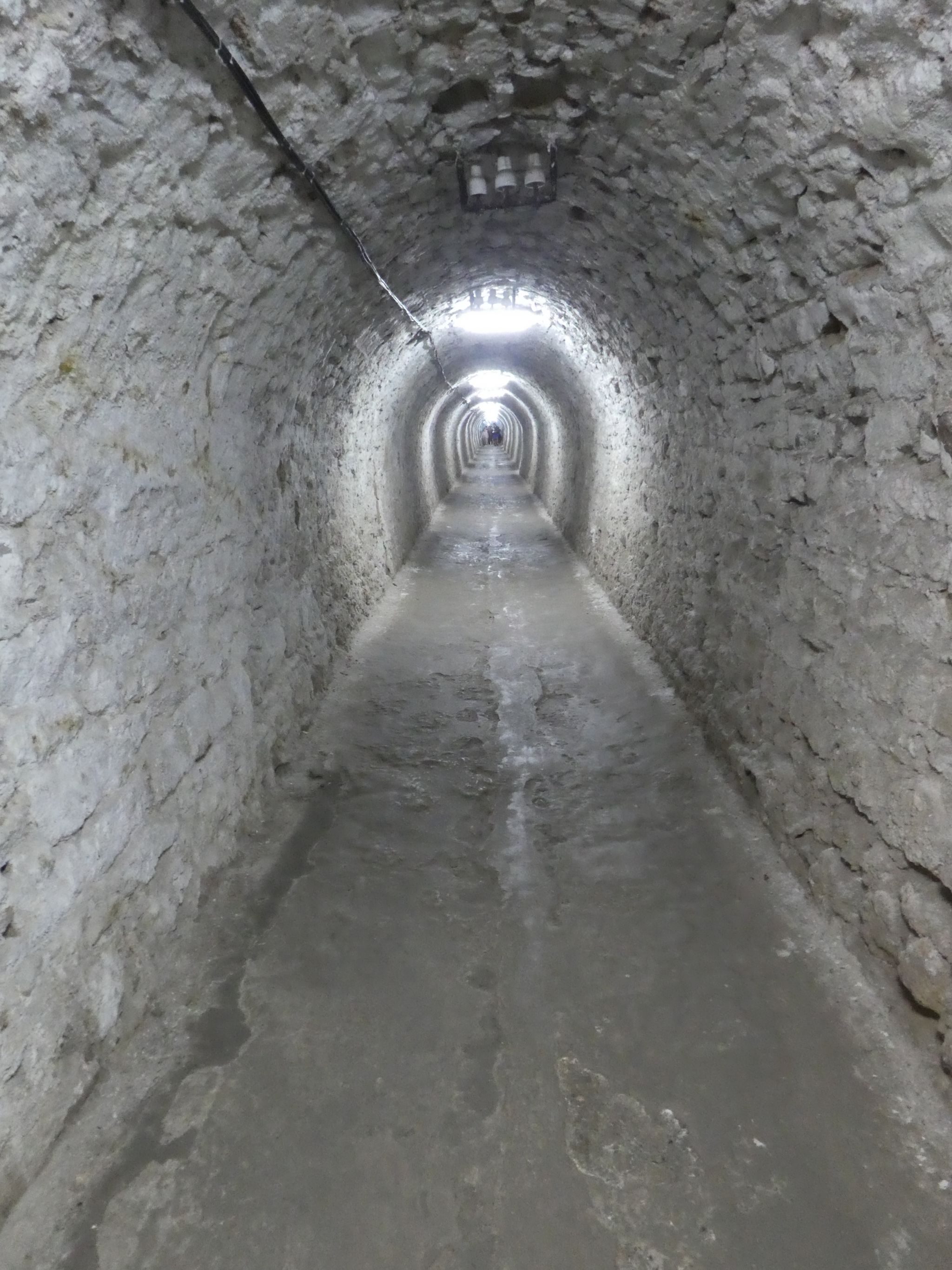 At the entrance to the mine itself there is a balcony from which you can see the amazing patterns where the salt has been excavated. 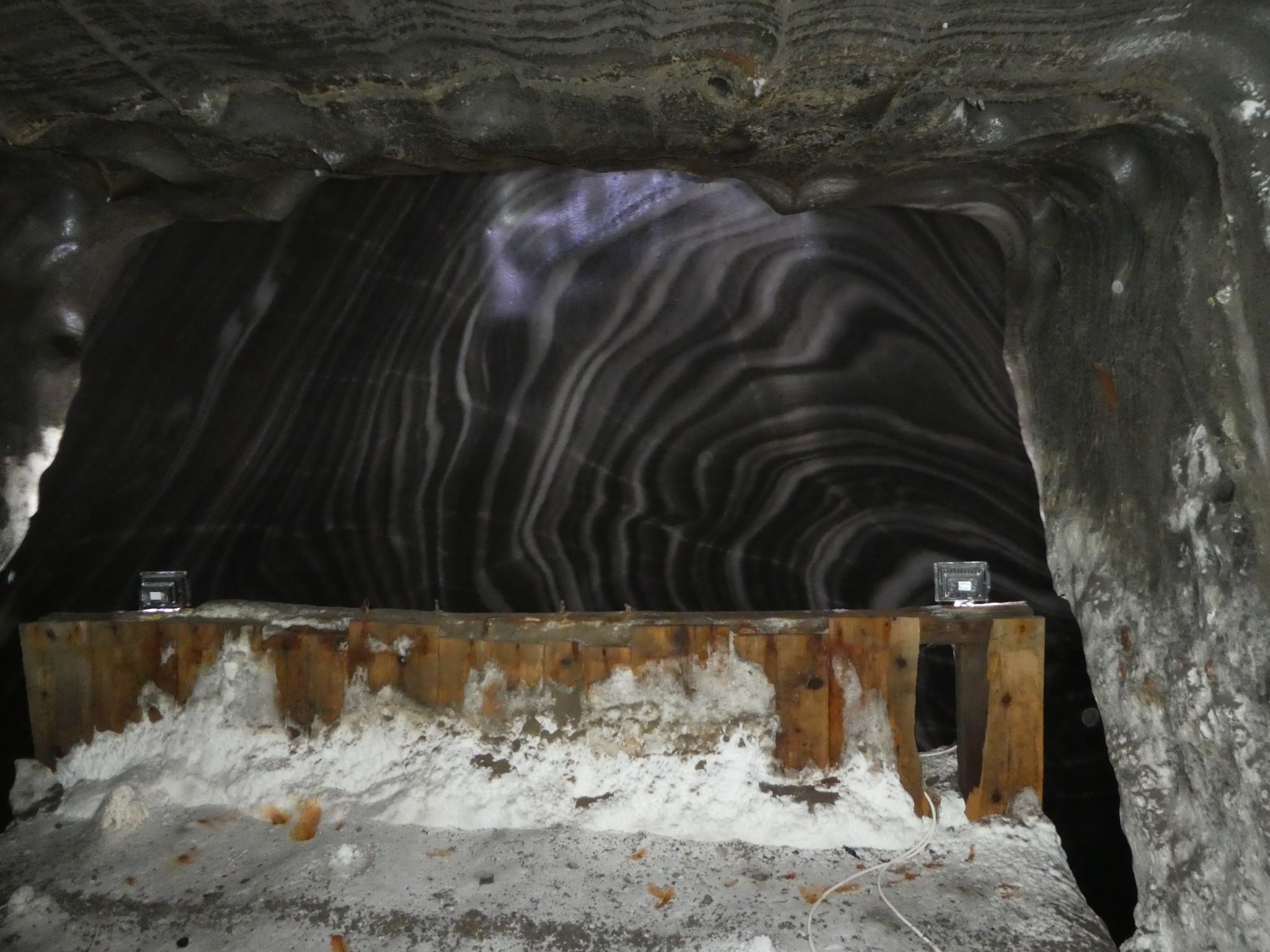 There’s a nod to the past, with a couple of galleries showing old mining equipment and a shrine chiseled by the workers. 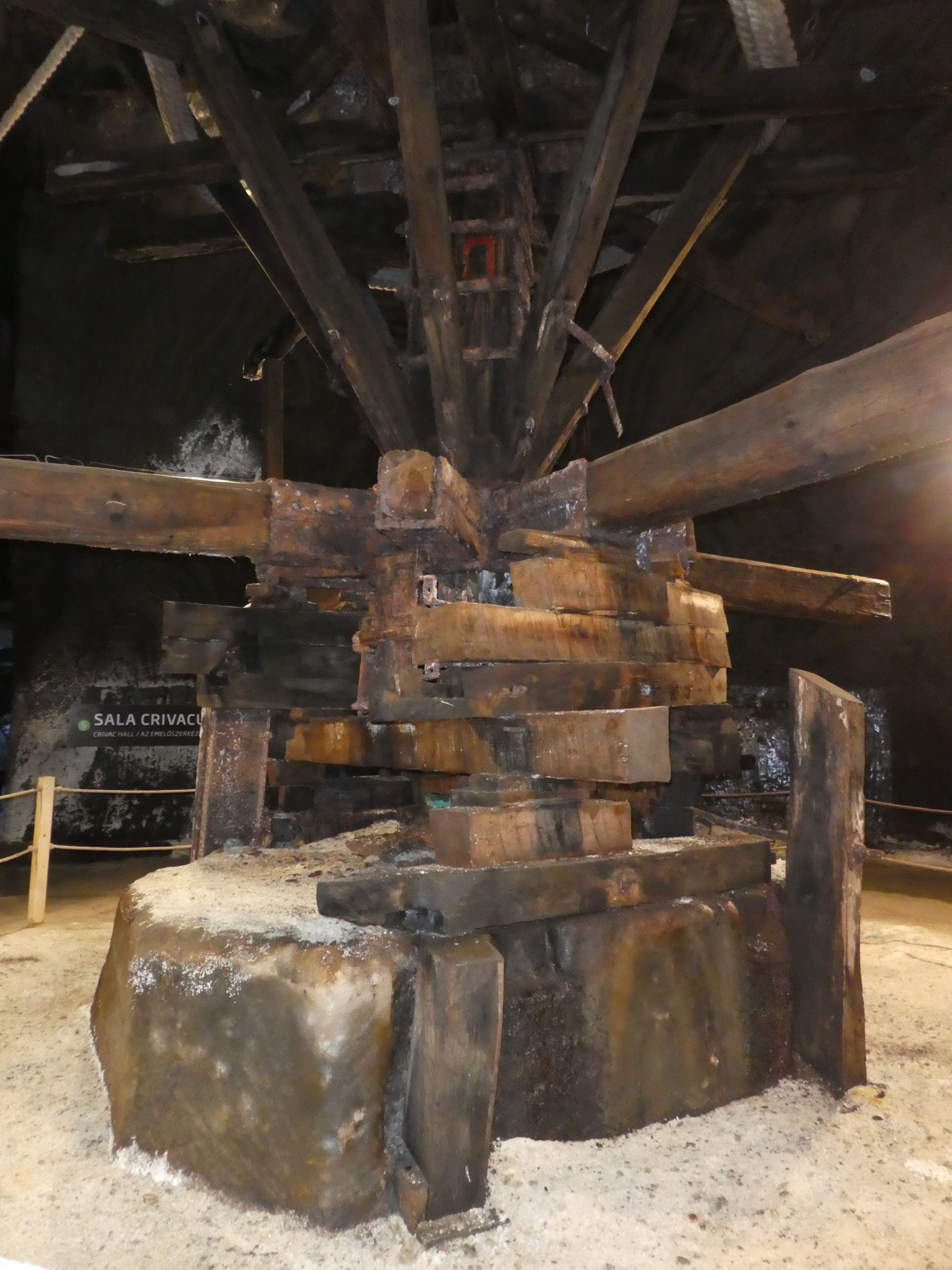 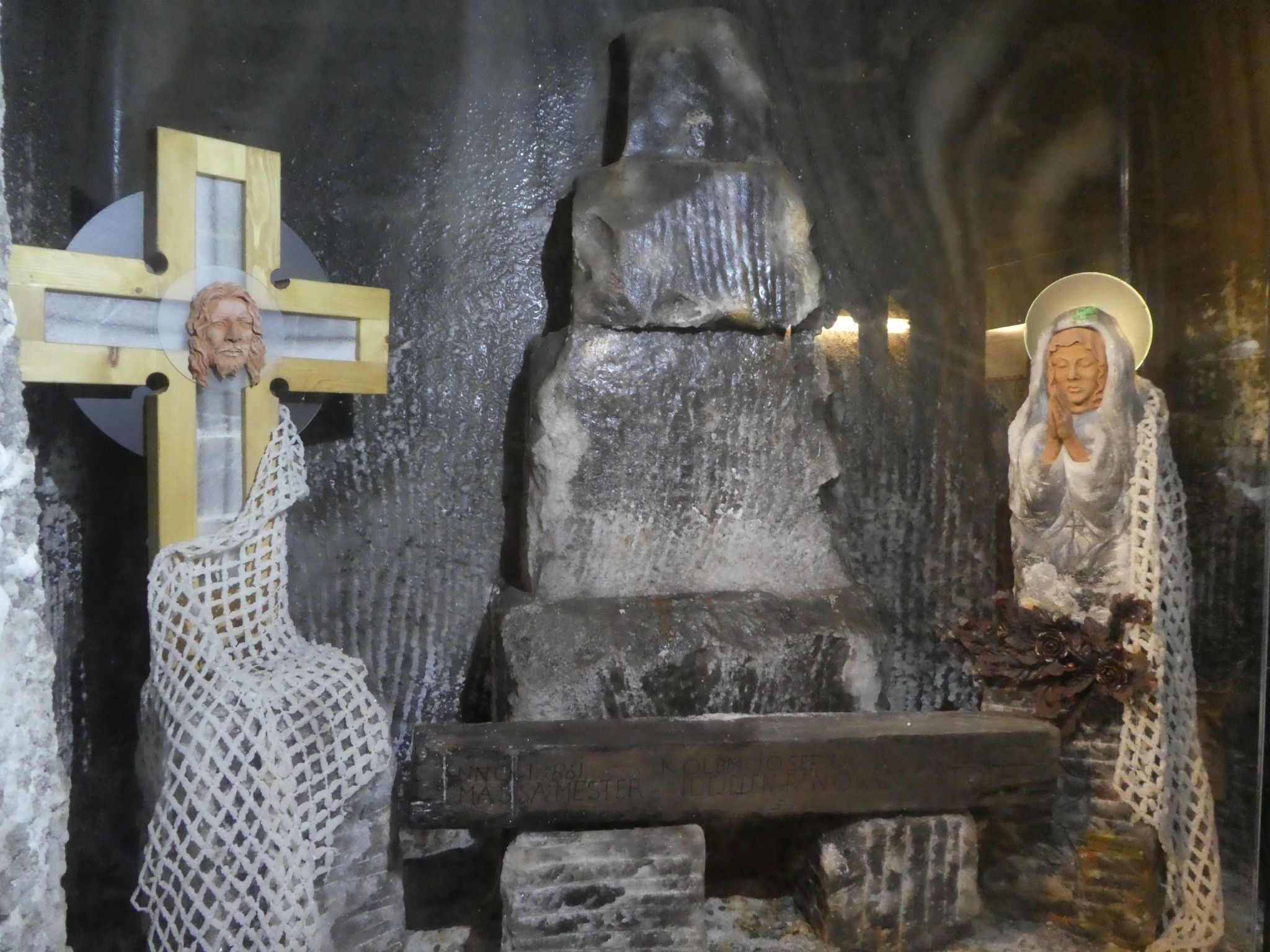 Then we walked down a set of stairs approximately 100 metres to the bottom. 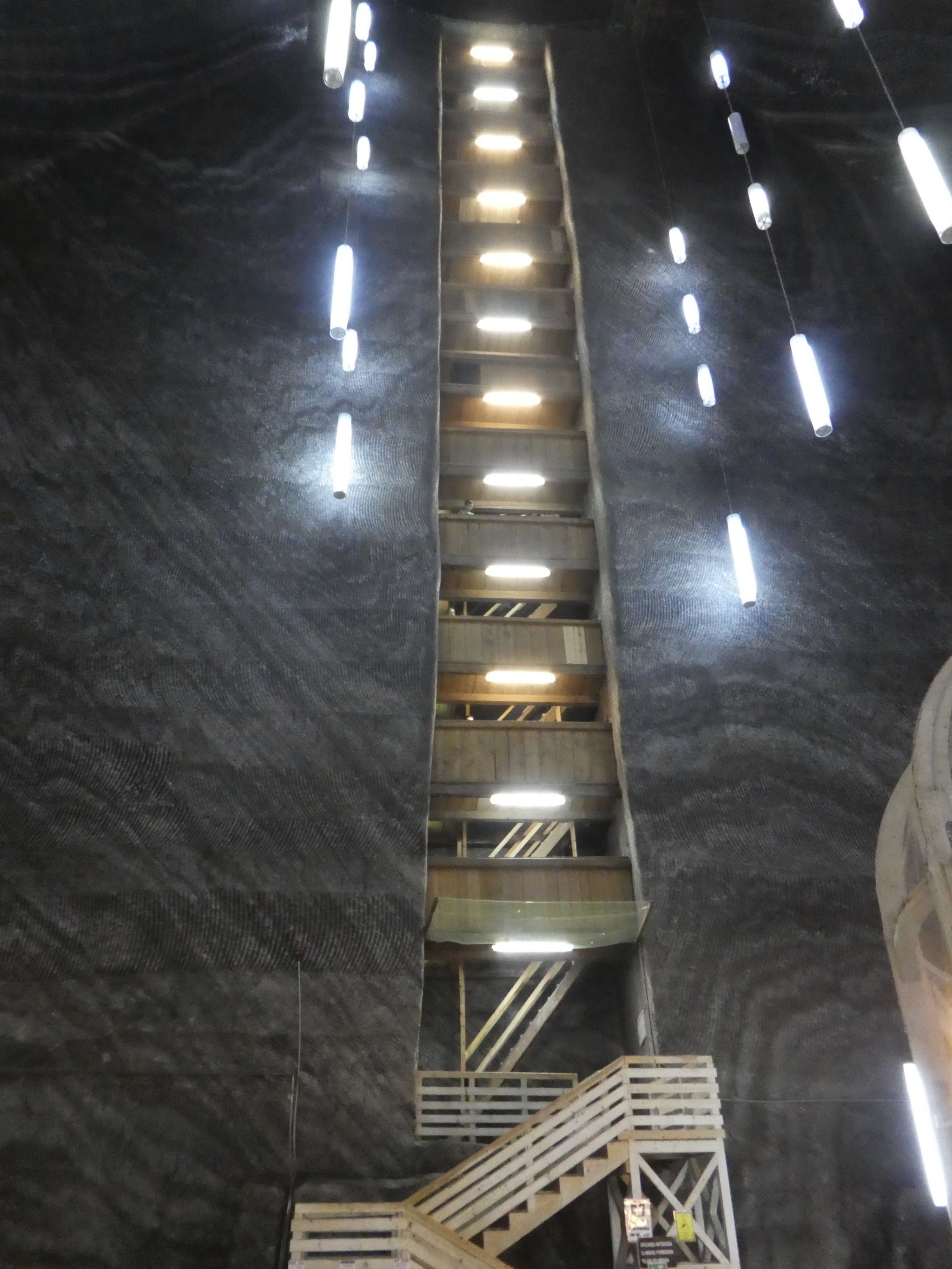 And that’s where it gets surreal. 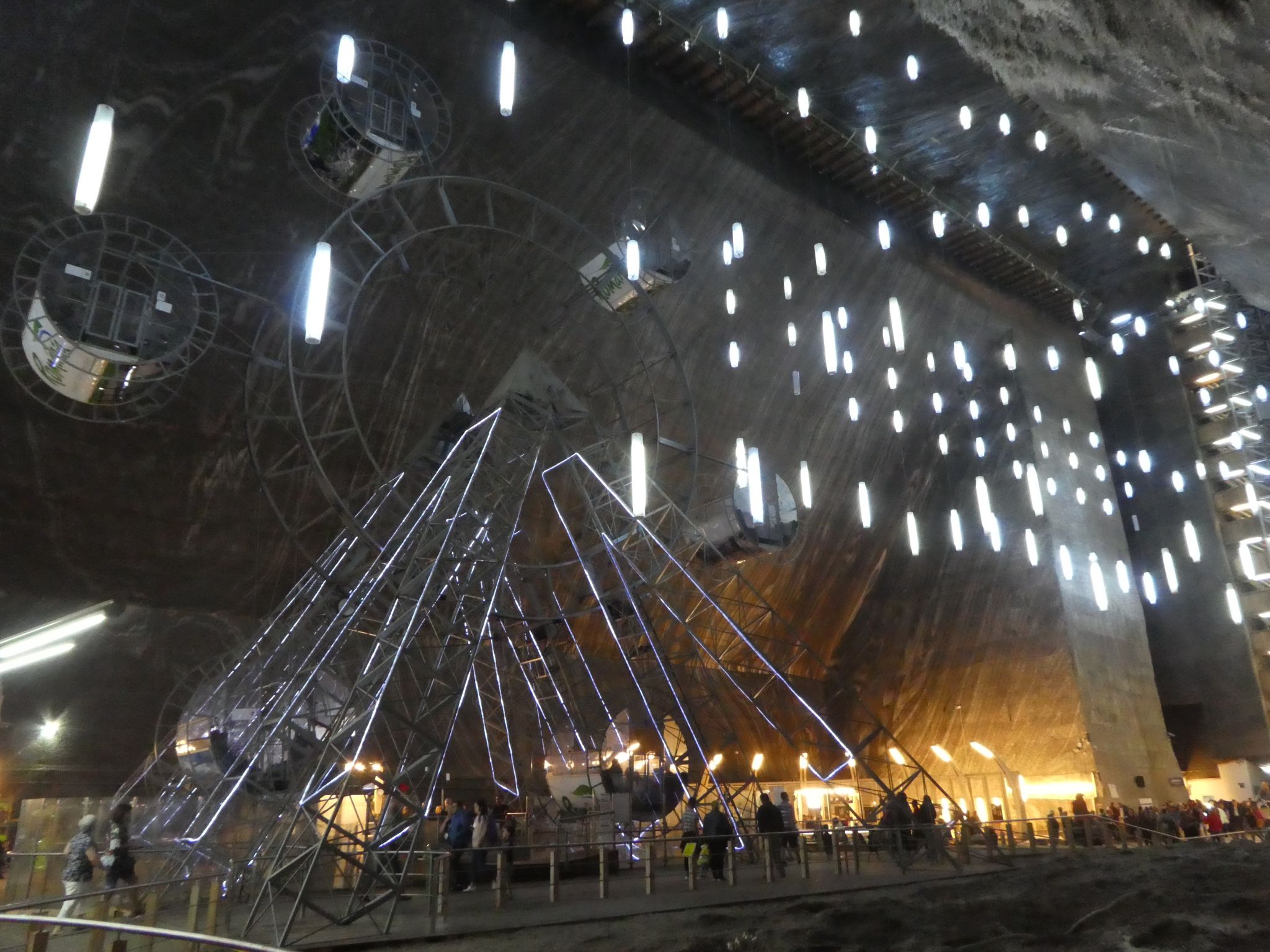 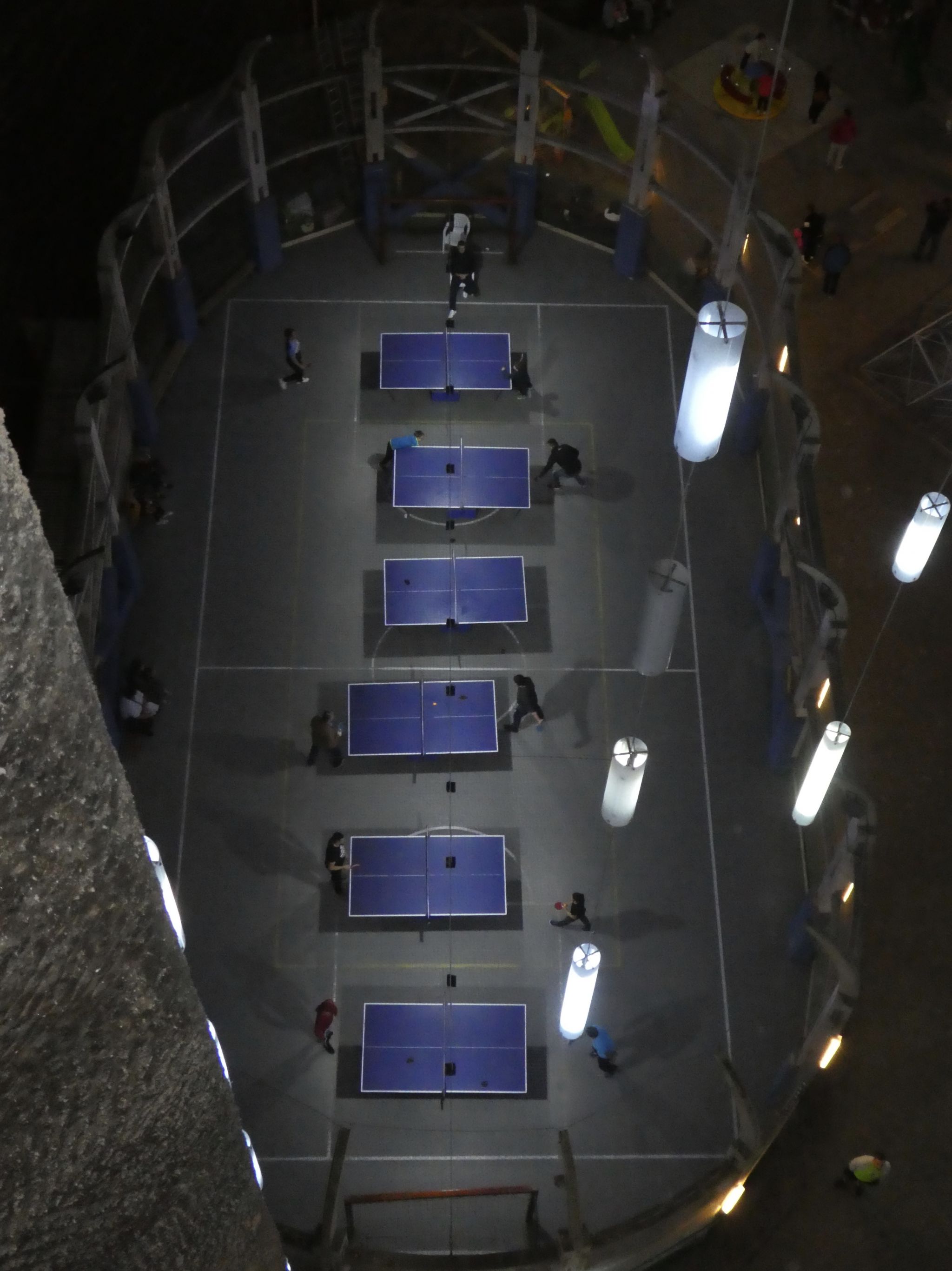 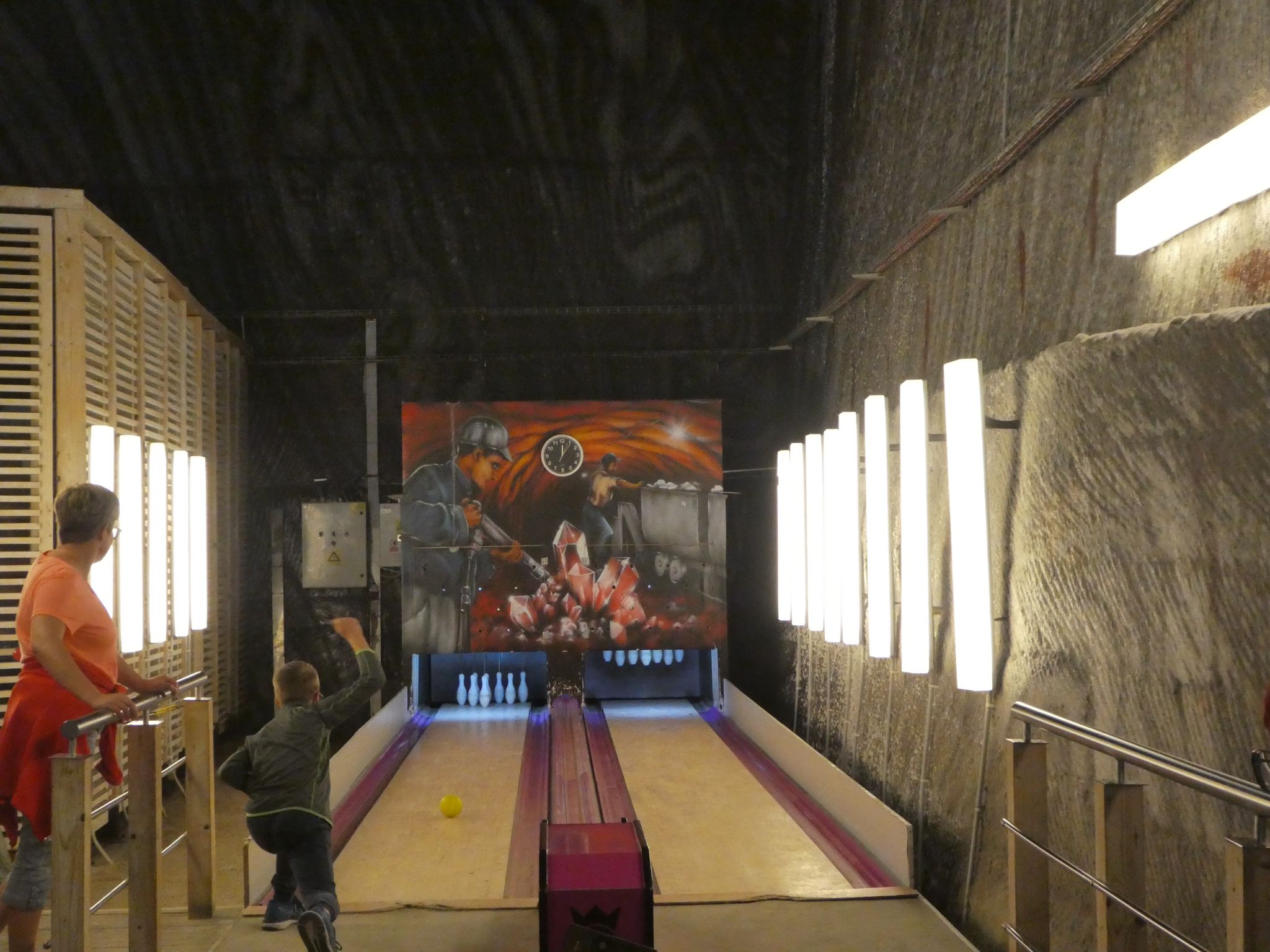 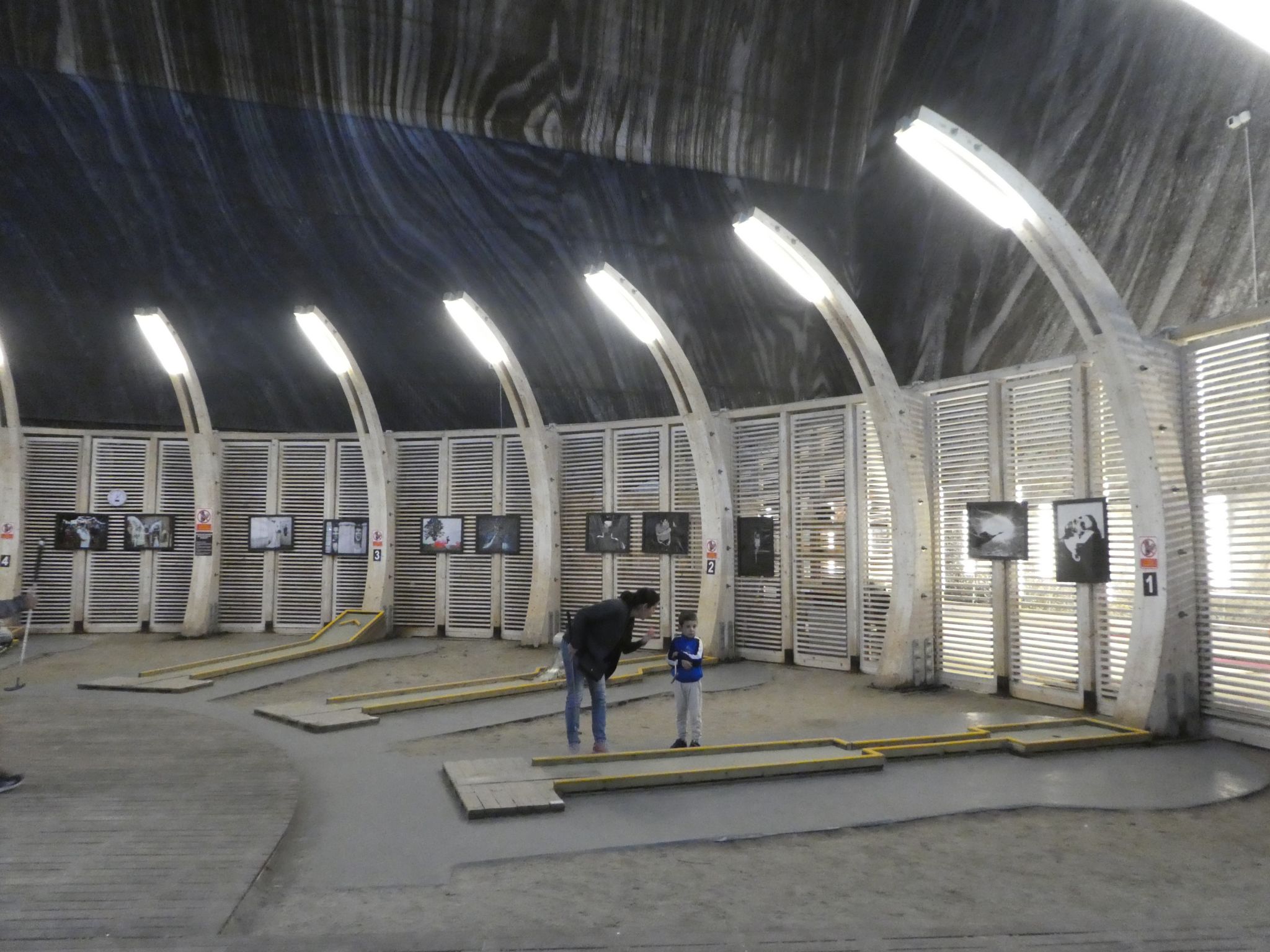 There’s an amphitheatre where they broadcast music and videos. 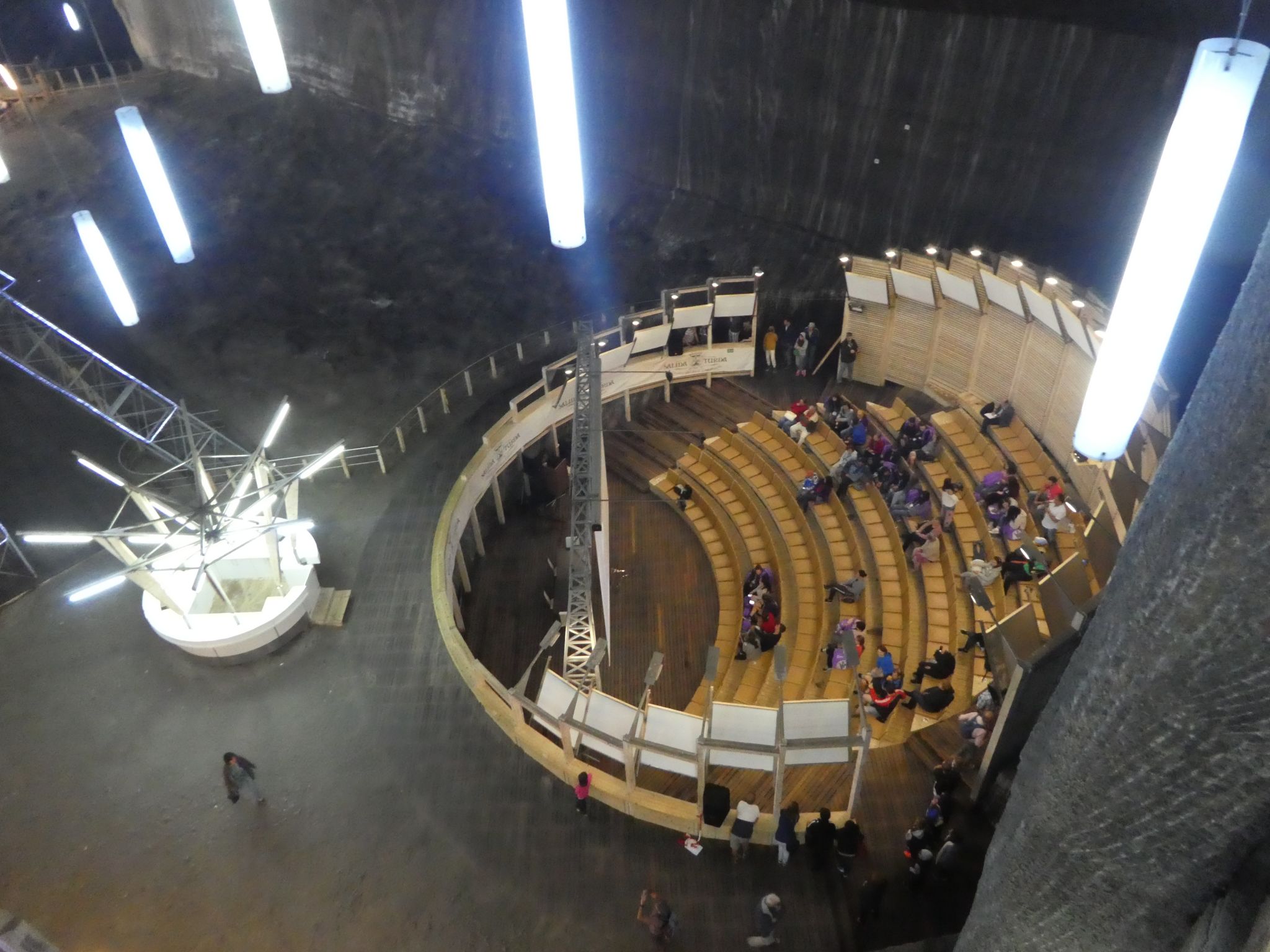 As we wandered around, 100 metres underground in a massive salt cavern in 11 degree cold, Billy Ray Cyrus’ 1992 smash hit, Achy Breaky Heart boomed out.  In Romanian.  We half expected to see a spontaneous outbreak of line dancing.

Down a further flight of stairs, it got even weirder.  There’s an underground lake where you can rent a row boat.  And go paddling in the dark. 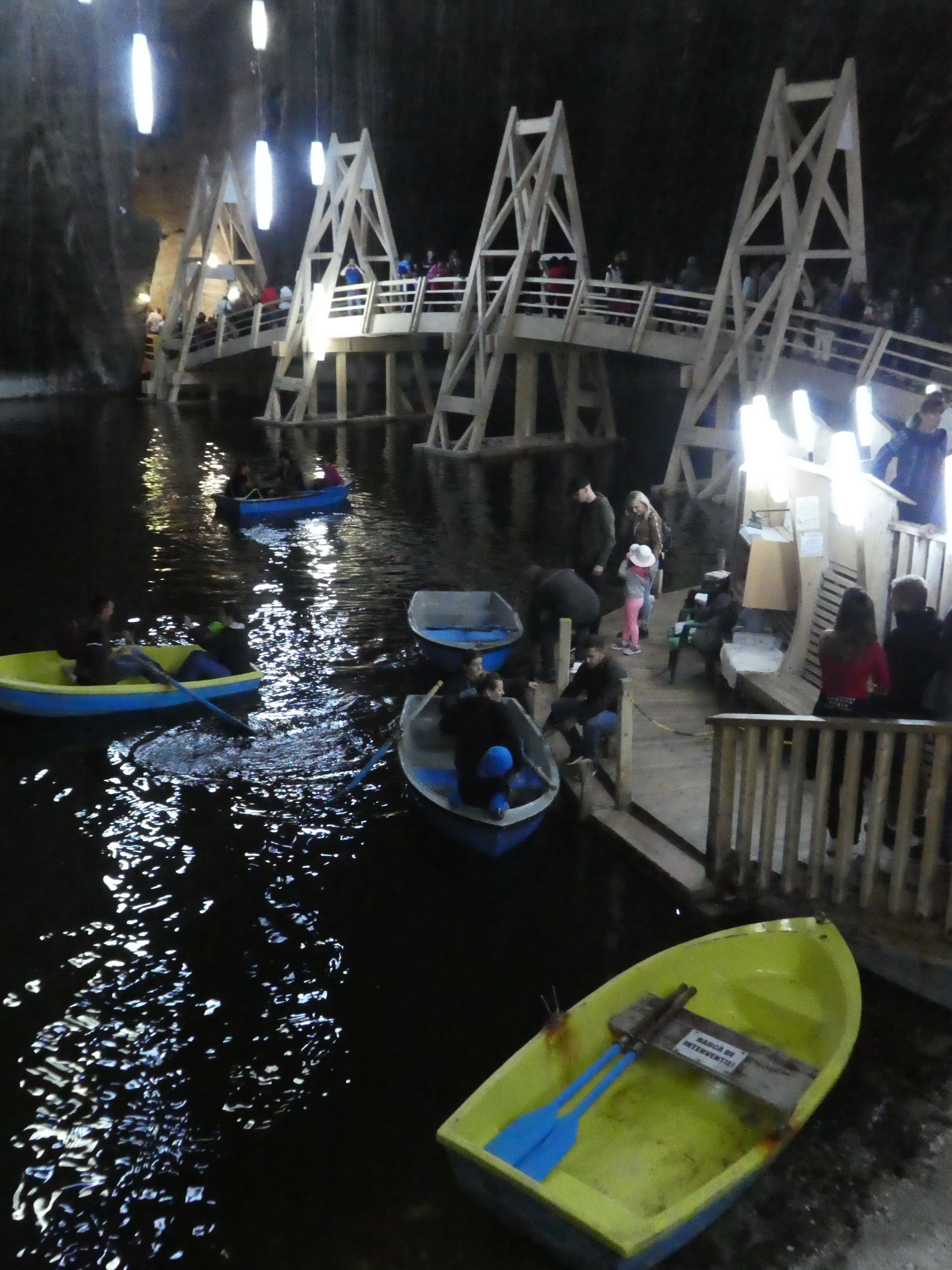 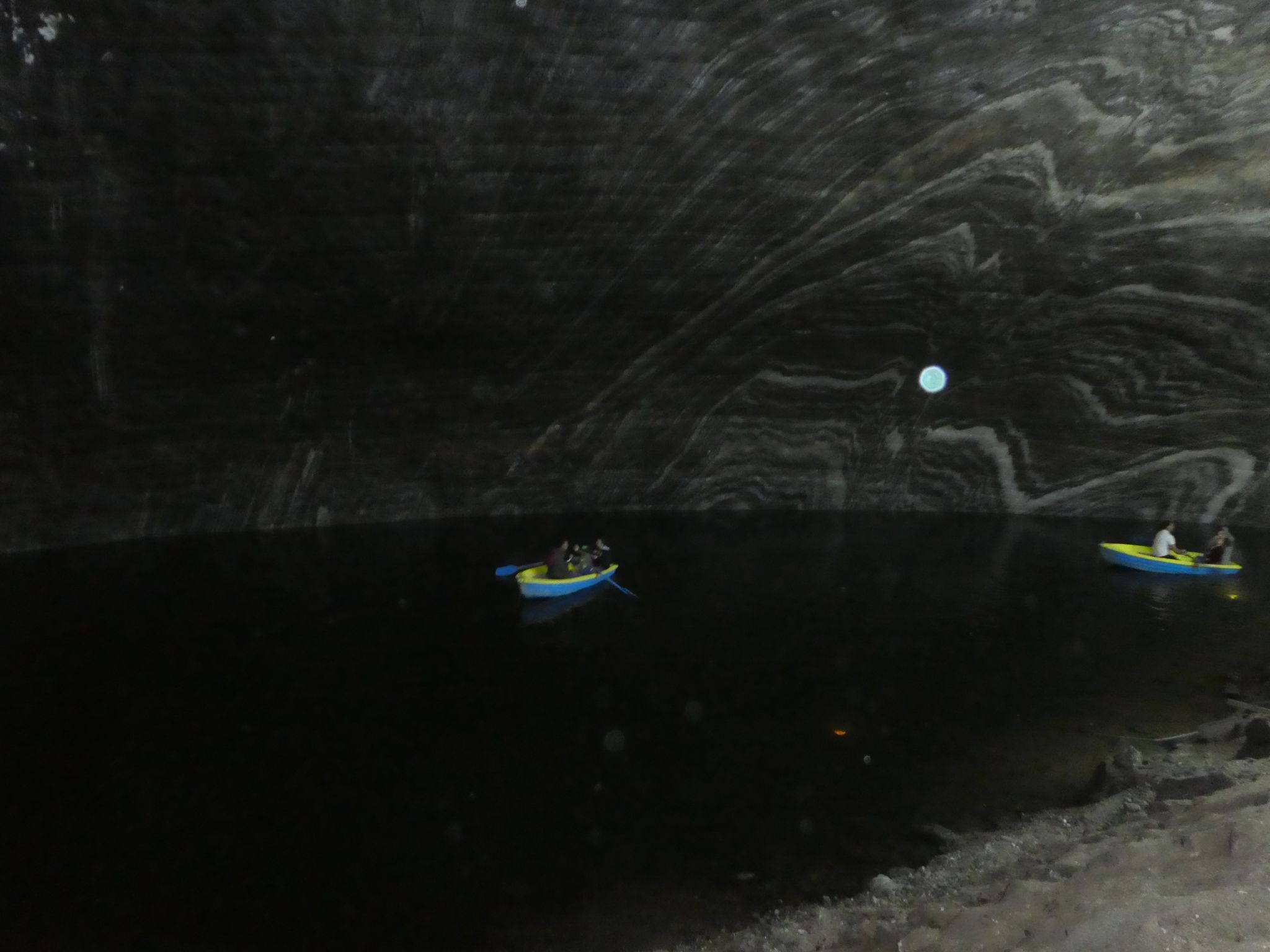 Or you can relax in strangely lit seating areas. 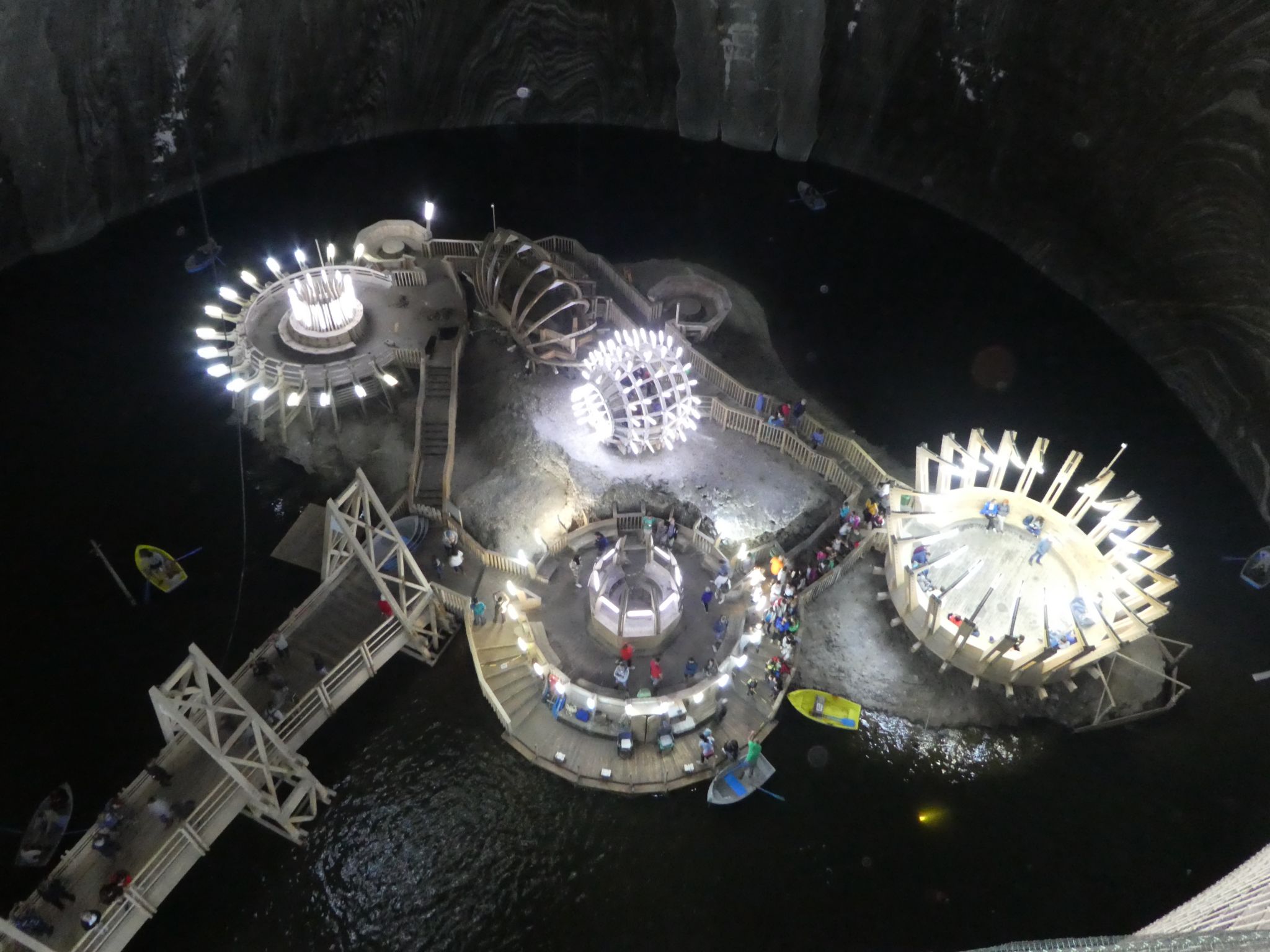 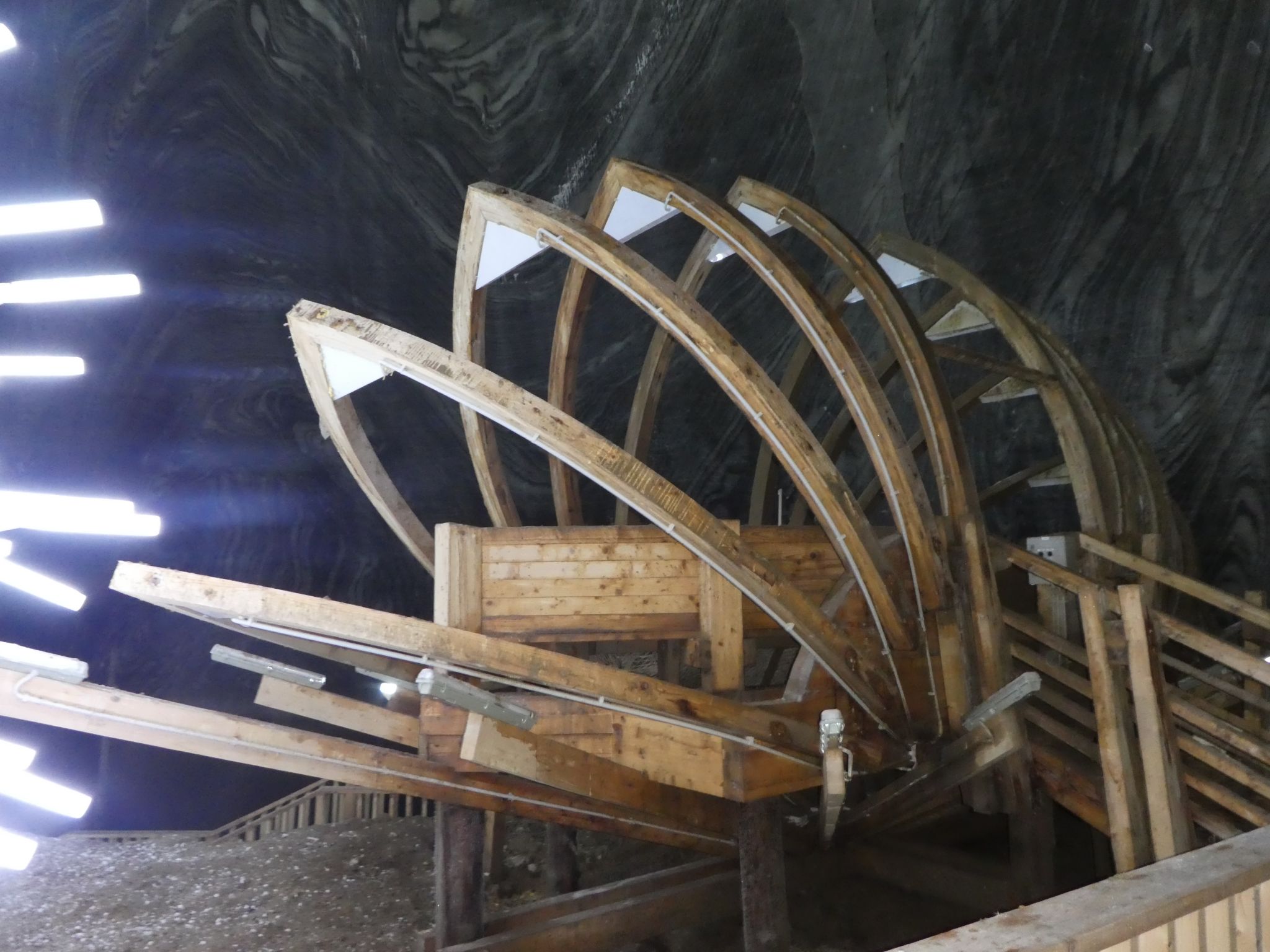 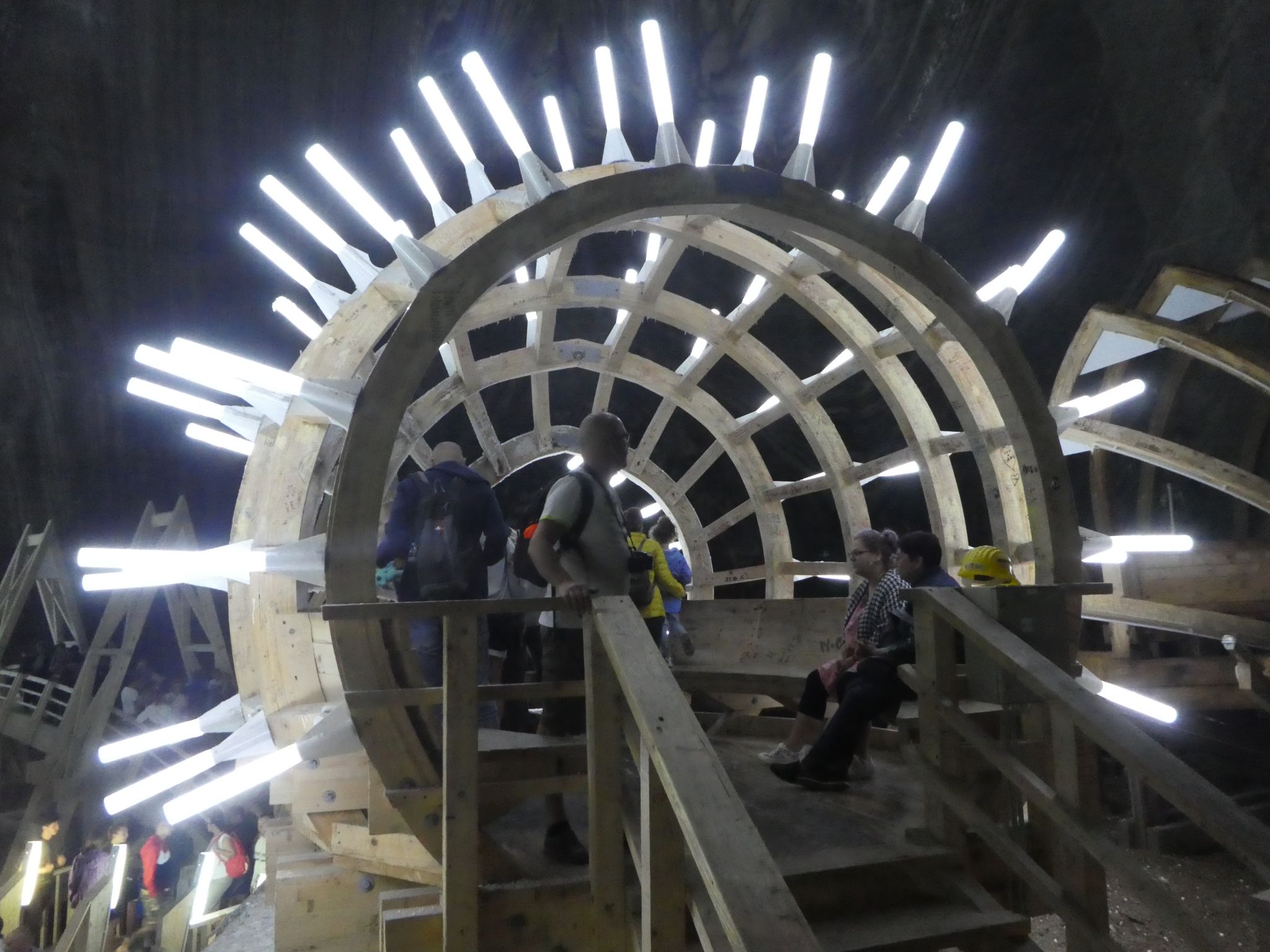 The vastness of the space, and the patterns in the salt are quite amazing. 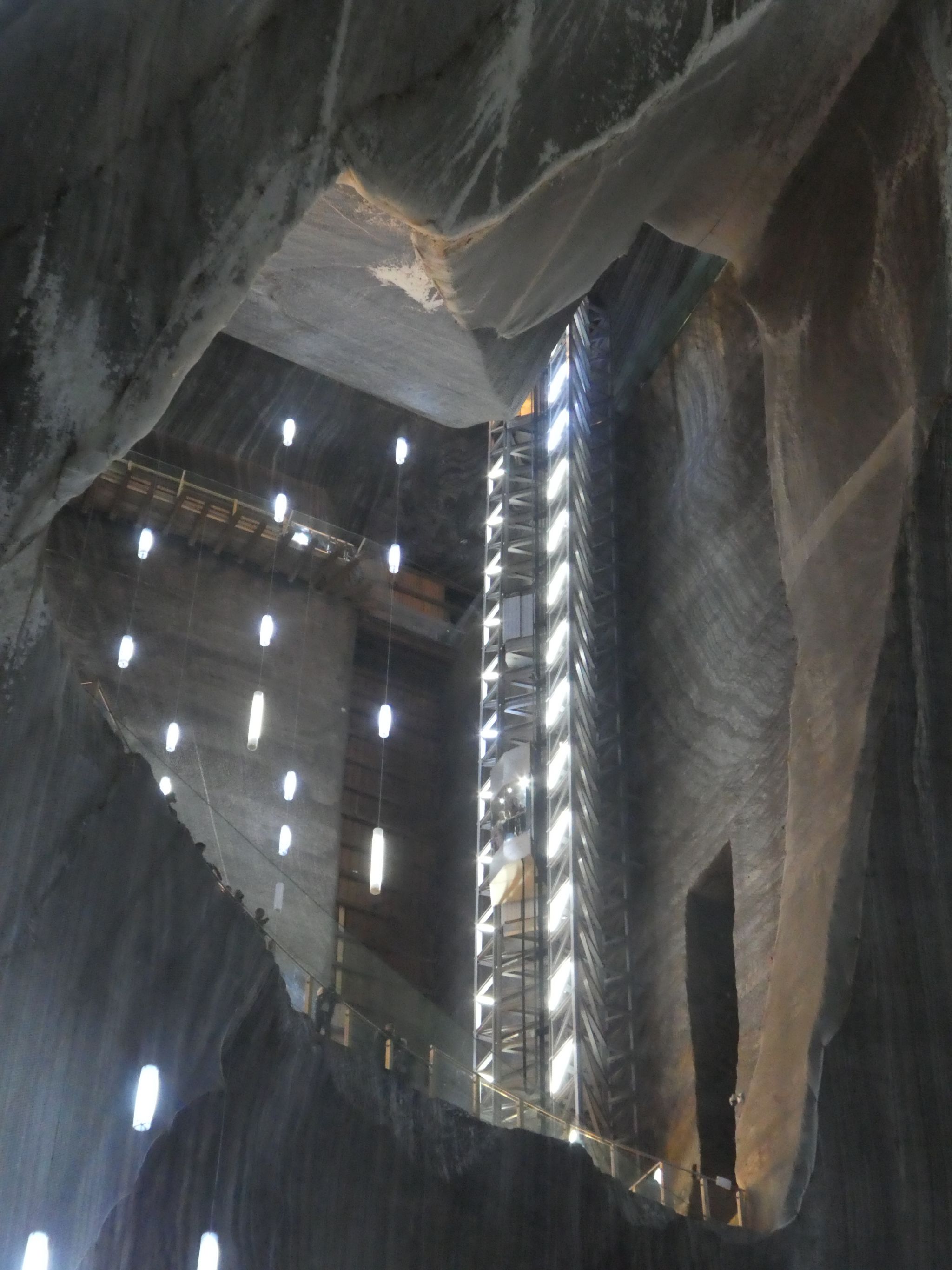 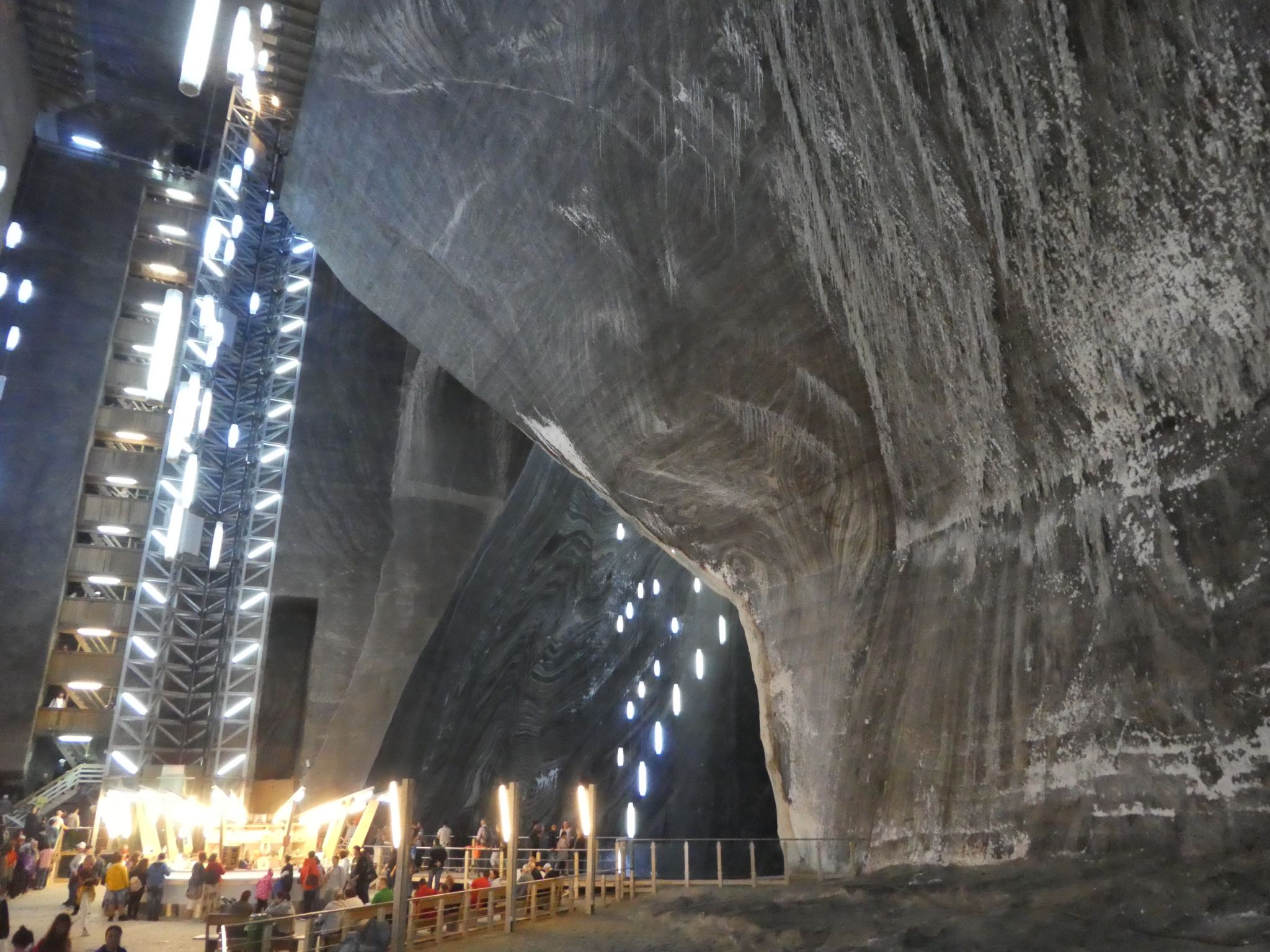 It’s damp, with a relative humidity of around 80%, and there’s a salt crust on everything. 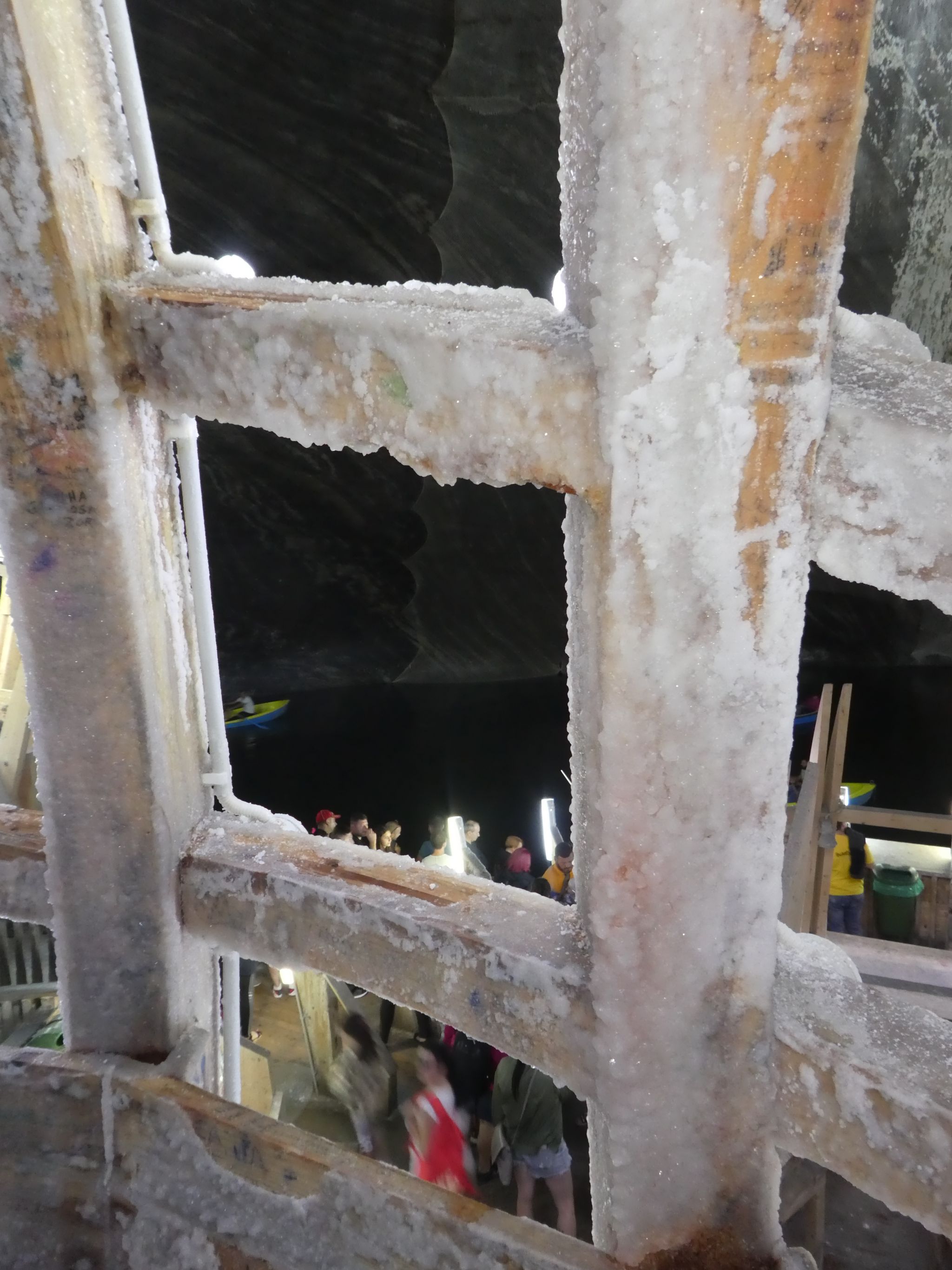 The cool, damp, salt-laden air is supposed to be good for the lungs and for the treatment of asthma, bronchitis, COPD and other respiratory illnesses.

You can buy all sorts of salt-related therapeutic goods: salt pillows, salt lamps and, well, bags of salt.

If you don’t want to walk back up the stairs, there’s a lift. 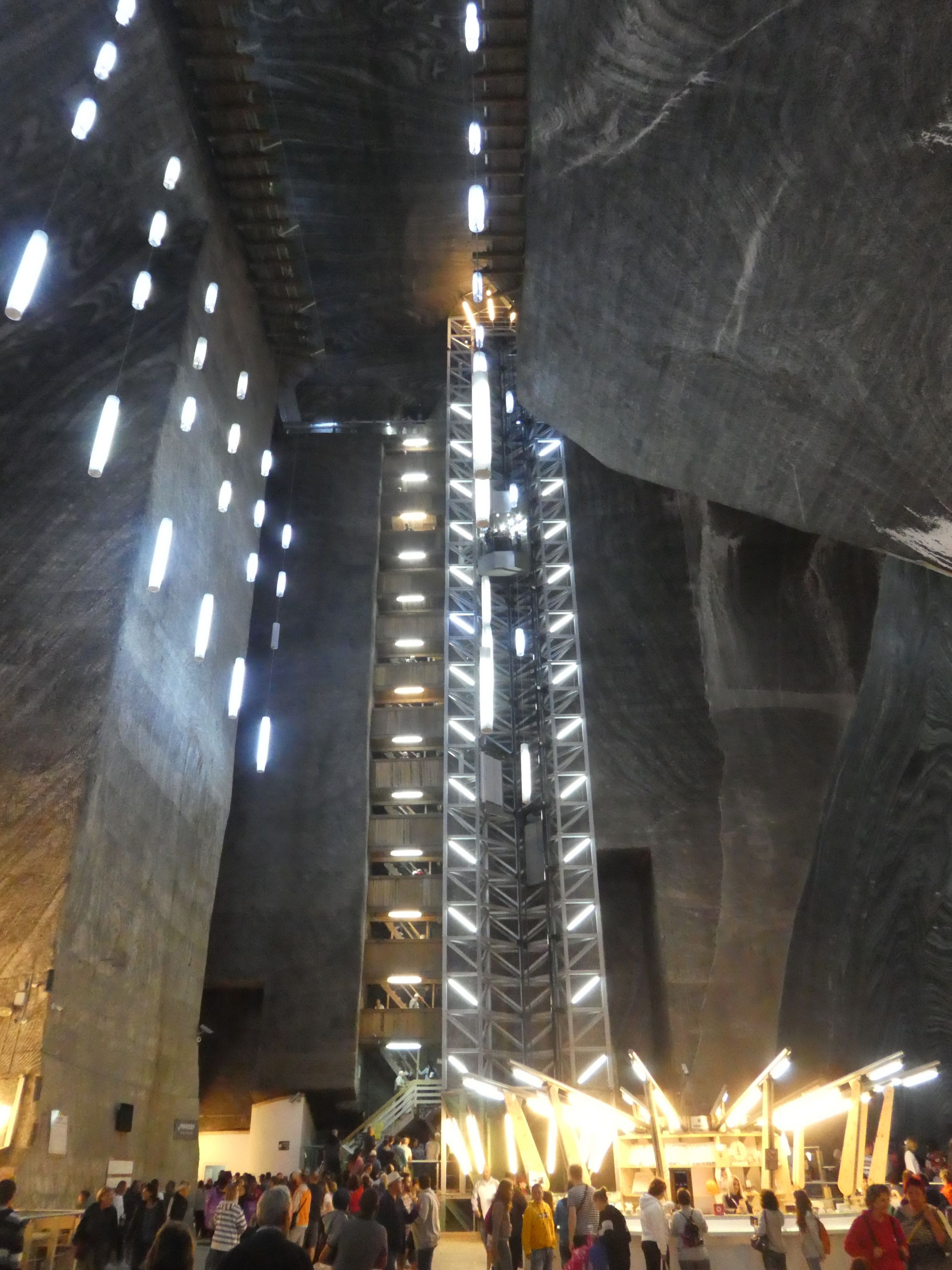 Amusement parks aren’t really our thing.  We went to see the old salt mine, and because the whole concept of turning it into an amusement park seemed so unique.  And it is.

This place is definitely worth a visit – you won’t see anything quite like it anywhere else.