Where’s Moldova?  Is it even a country?  Yes, it is.  Although you could be forgiven for not knowing.  It is small, landlocked and has a population of only 3.5 million, of which 1 million are abroad.  It is one of the least visited countries in Europe.

In his book, The Geography of Bliss, journalist Eric Weiner maintains “Moldova is a fabricated nation”.

Mostly it’s a chunk of Romania which became part of the USSR as a result of German-Russian geopolitics in the 1940s.  But then there’s an ethnically Russian enclave in the south, and a reasonably large Russian-speaking population throughout, due to internal migration within the USSR in the 60s and 70s.  So Moldova is a geographical construct without a distinct cultural identity which unexpectedly found itself independent when the Soviet Union collapsed.

Years ago, Moldova had the dubious honour of being ‘the world’s least happy country’ of the 156 countries assessed in the World Happiness Report.  This distinction has now gone to South Sudan.  Enough said.

So why visit?  Moldova is slowly developing a tourist industry, mostly around outdoor activities although its countryside is not all that different to that of its neighbours.  We were there for two reasons: because we had to cool our heels for a week waiting out the ‘not before’ entry date on our Ukraine visas, and to visit Moldova’s very own breakaway republic, Transnistria.

More on Transnistria in our next post.  As for the rest of the country, here’s what we saw.

Chisinau has a pleasant, leafy centre with a few streets of grand buildings which survived WWII bombing, a nicely restored cathedral and some good bronze street art. 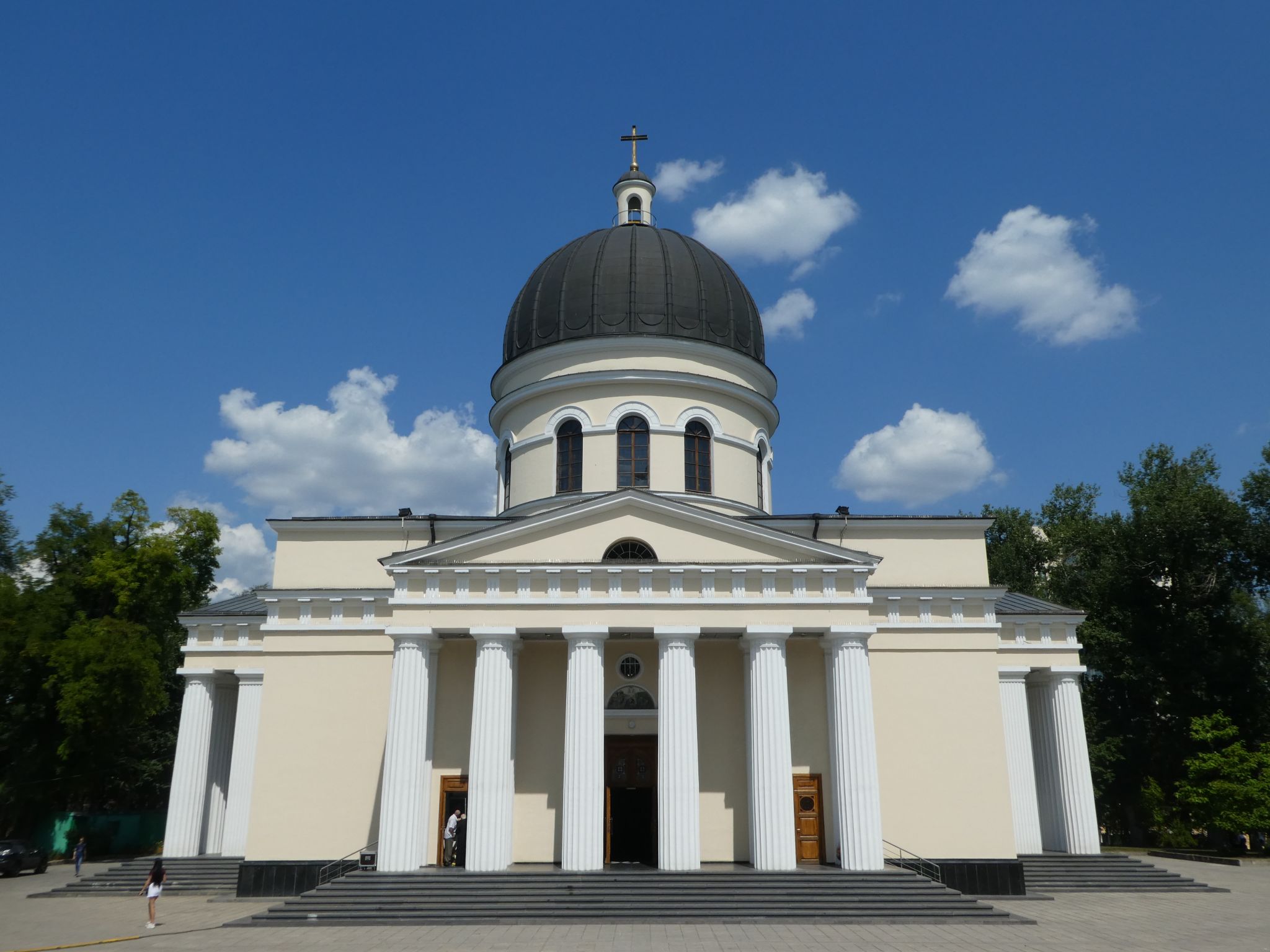 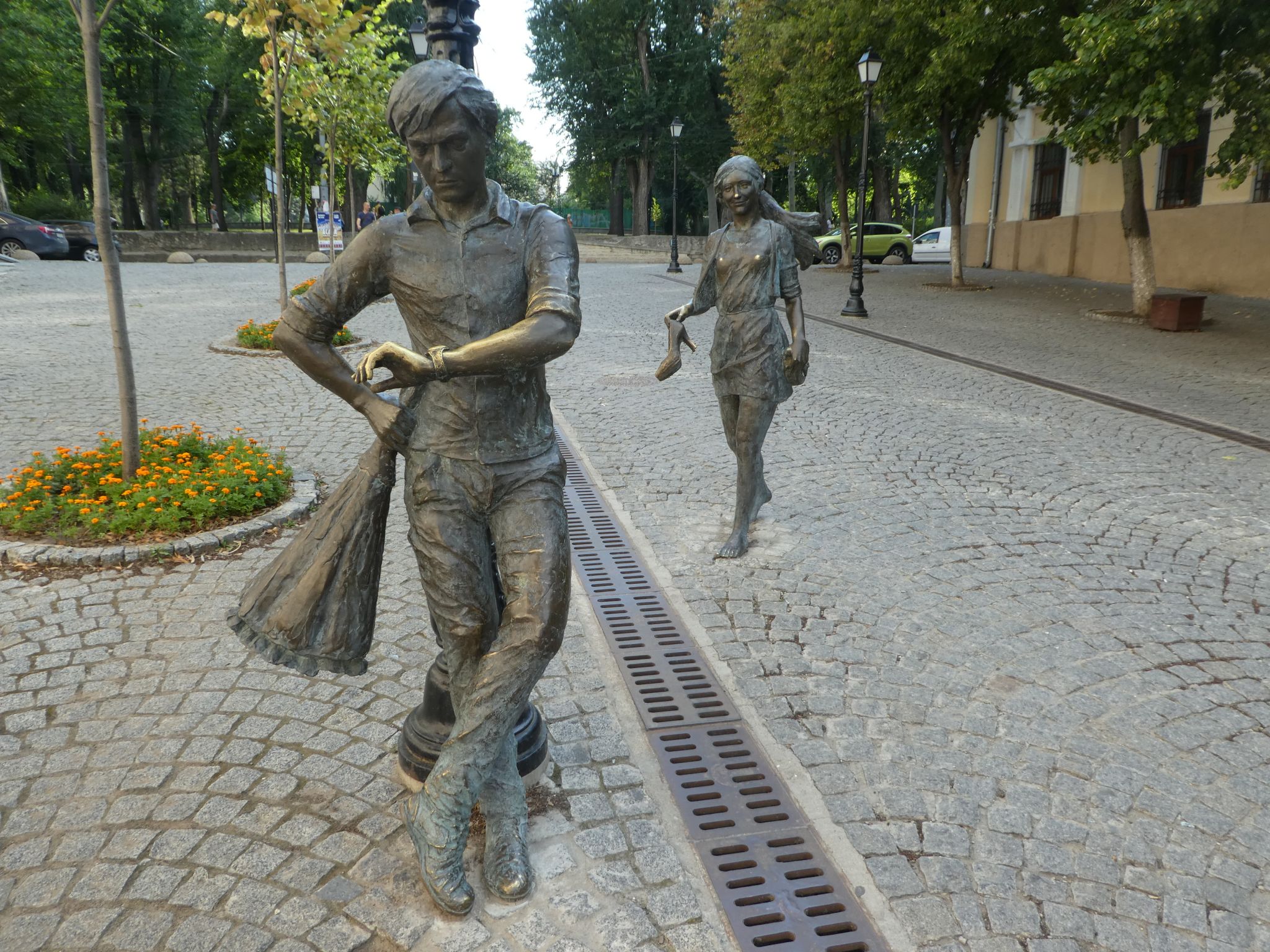 The Army Museum has some graphic displays (no English) about Soviet-era repression. 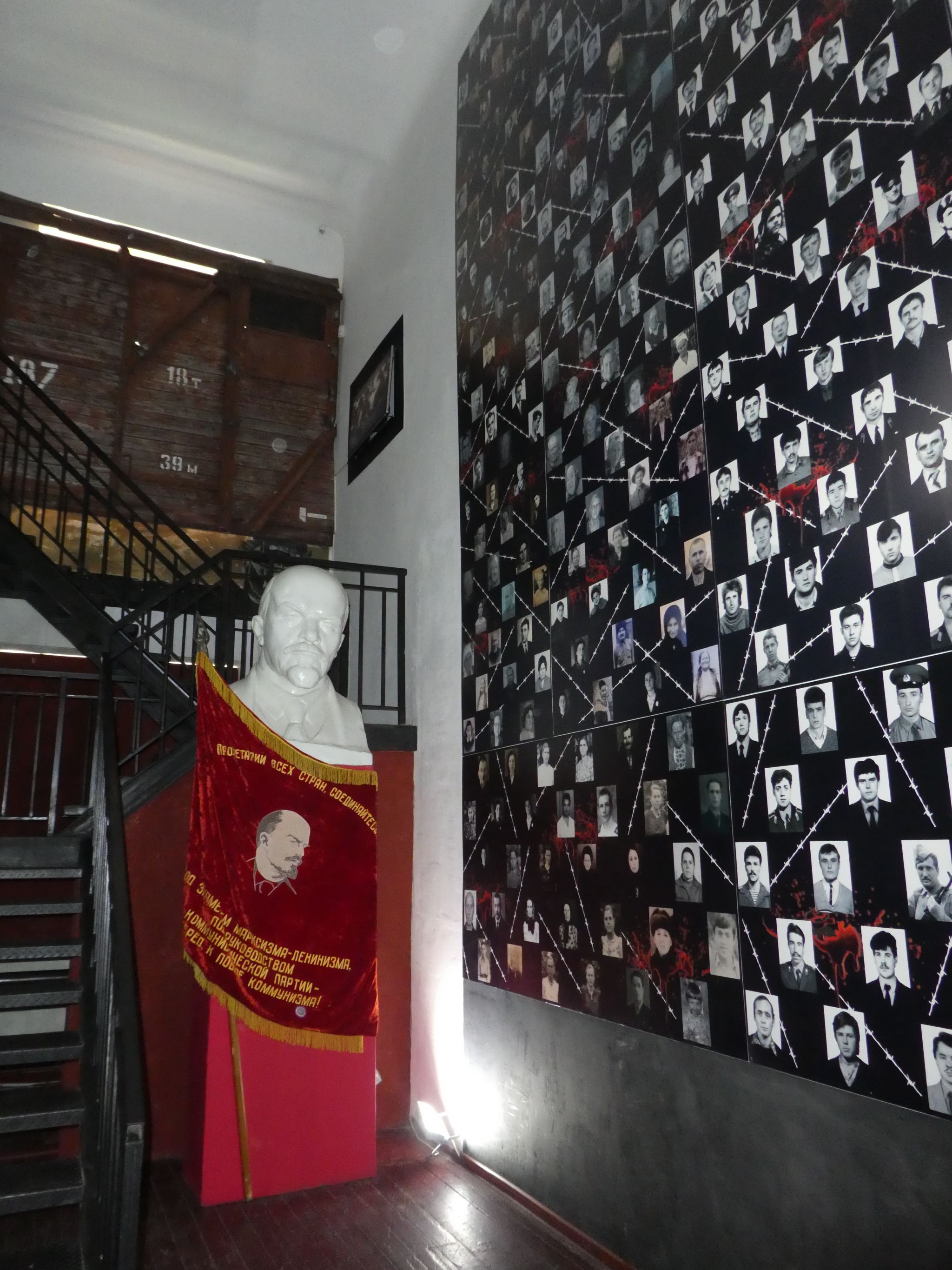 The train station is grand, and there’s a memorial outside to the victims of Soviet-era repression. 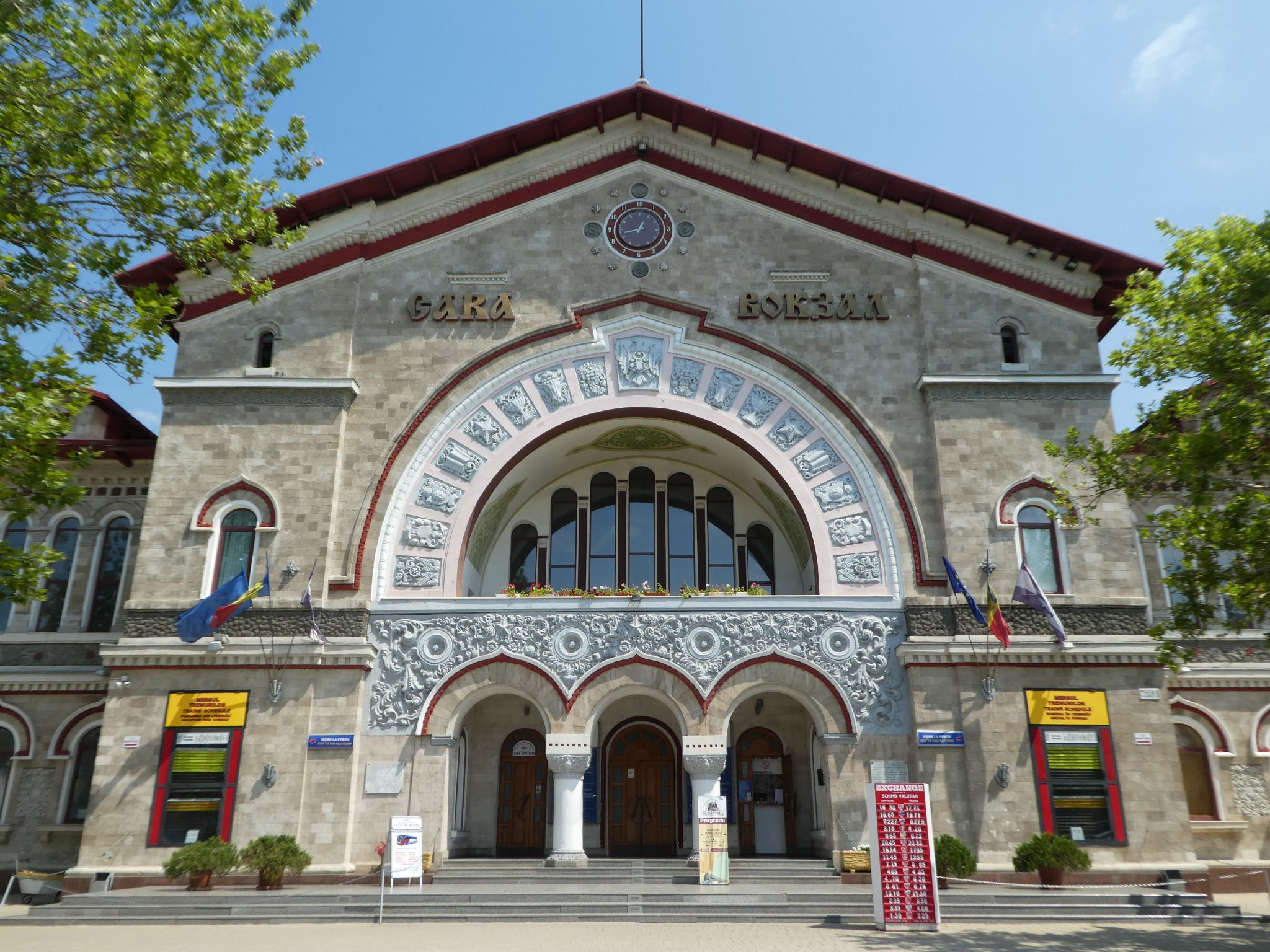 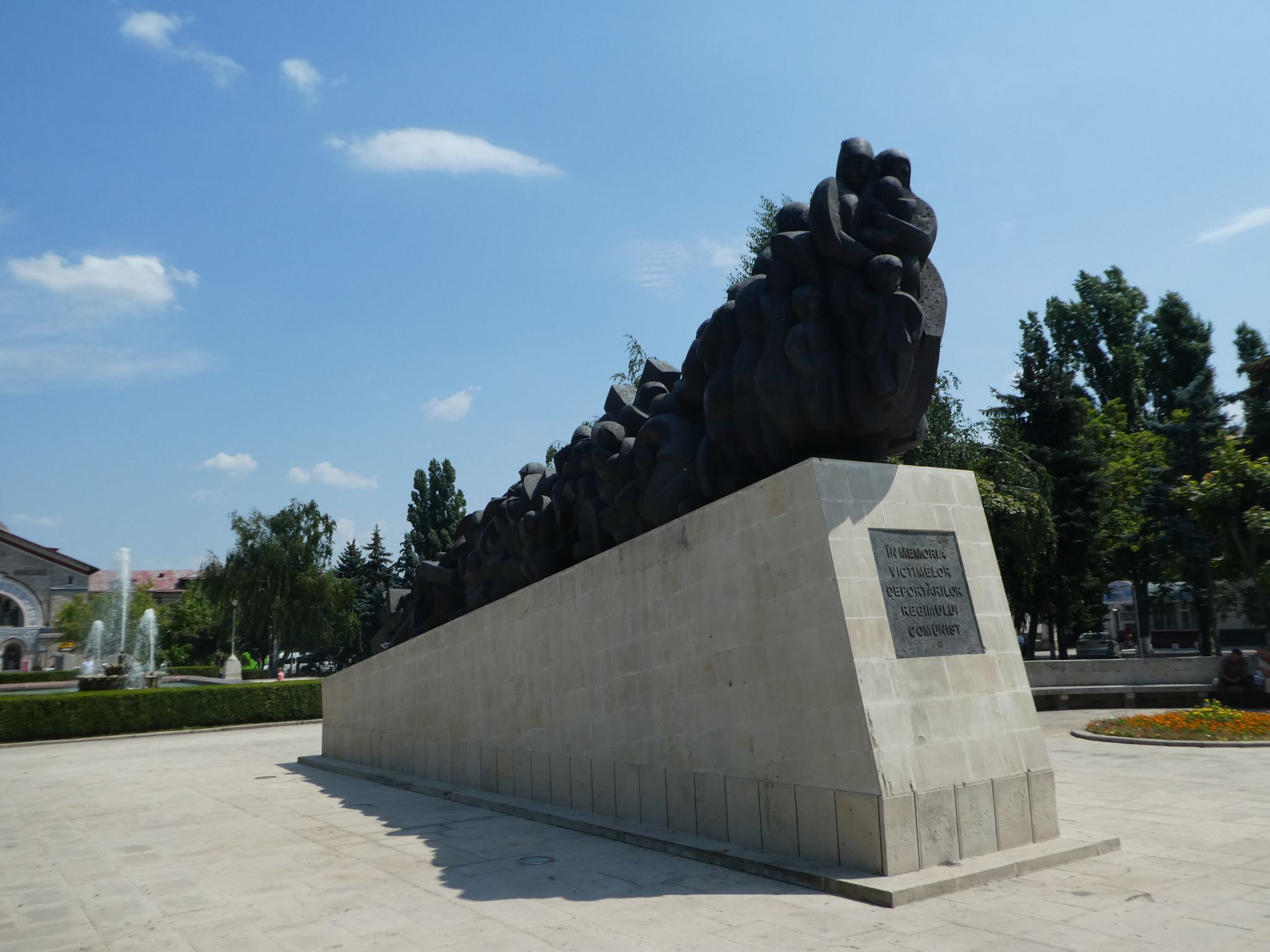 Then there’s the Parliament Building, with a memorial outside to the victims of Soviet-era repression. 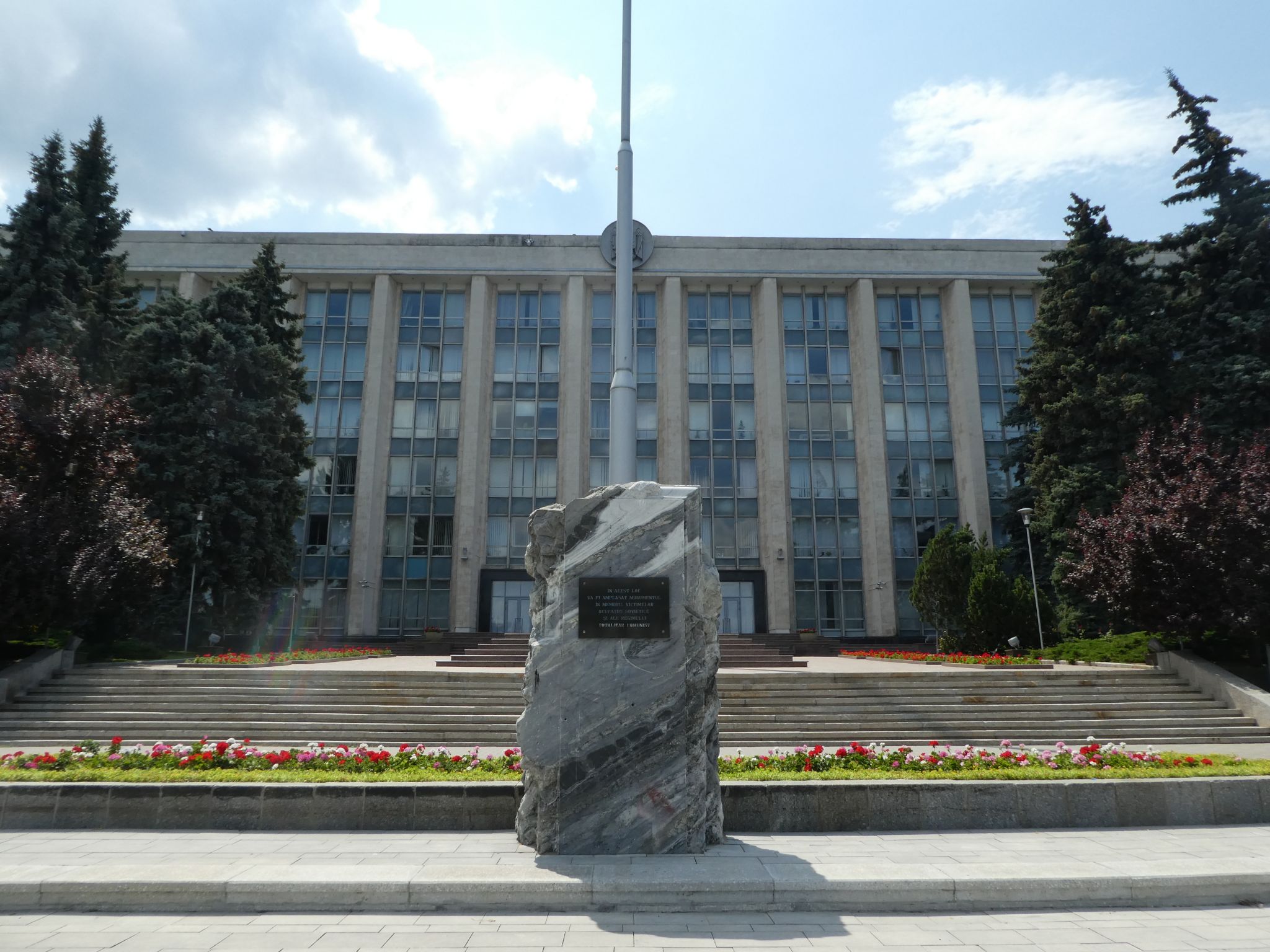 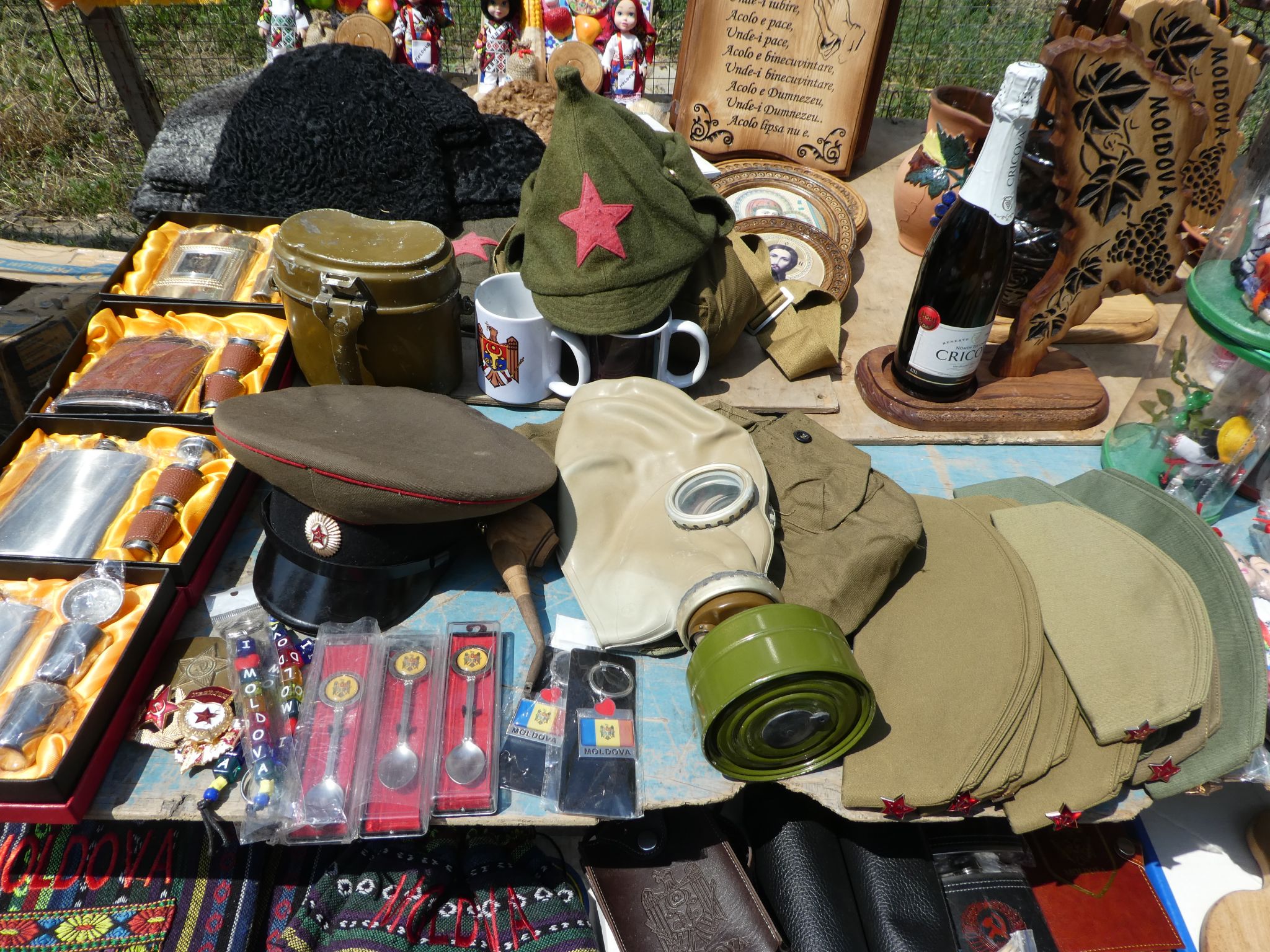 There’s only so much Soviet-era repression tourism a sane person can do in one town.  We wondered what else we could find.  Serendipitously, popping into a shopping centre, we came across the Cat Cafe.  Our dilemma as to how to while away the time was solved. 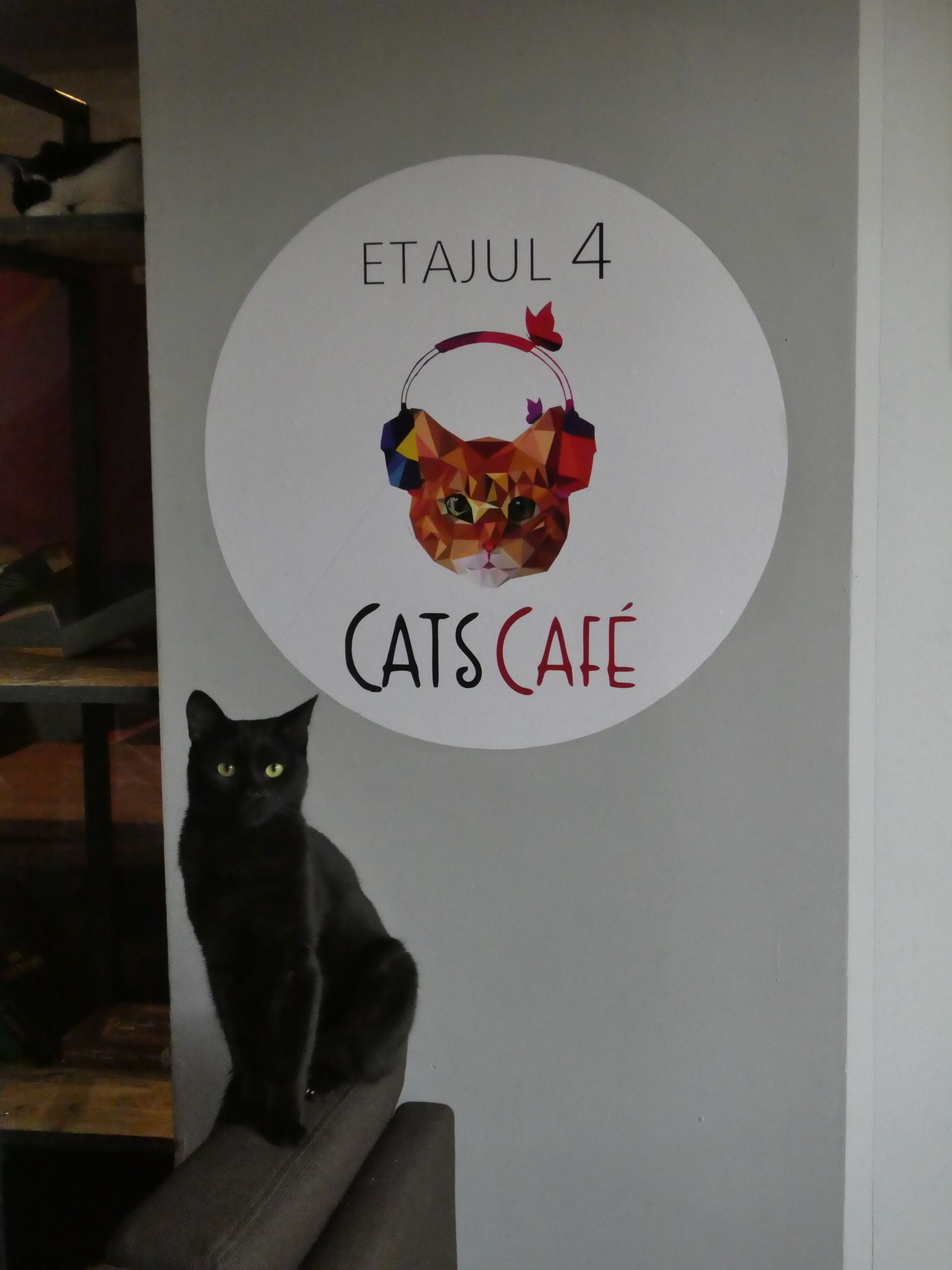 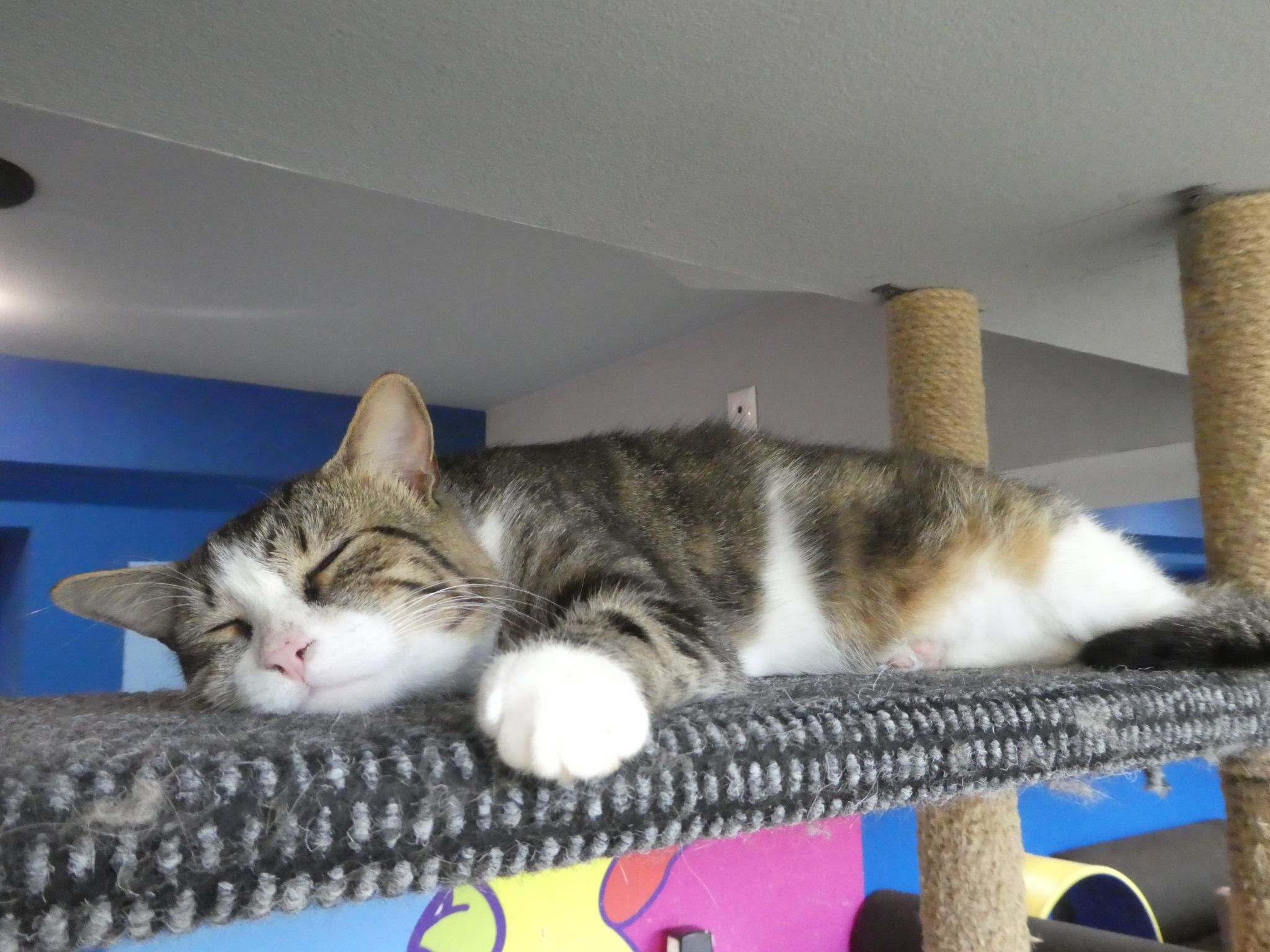 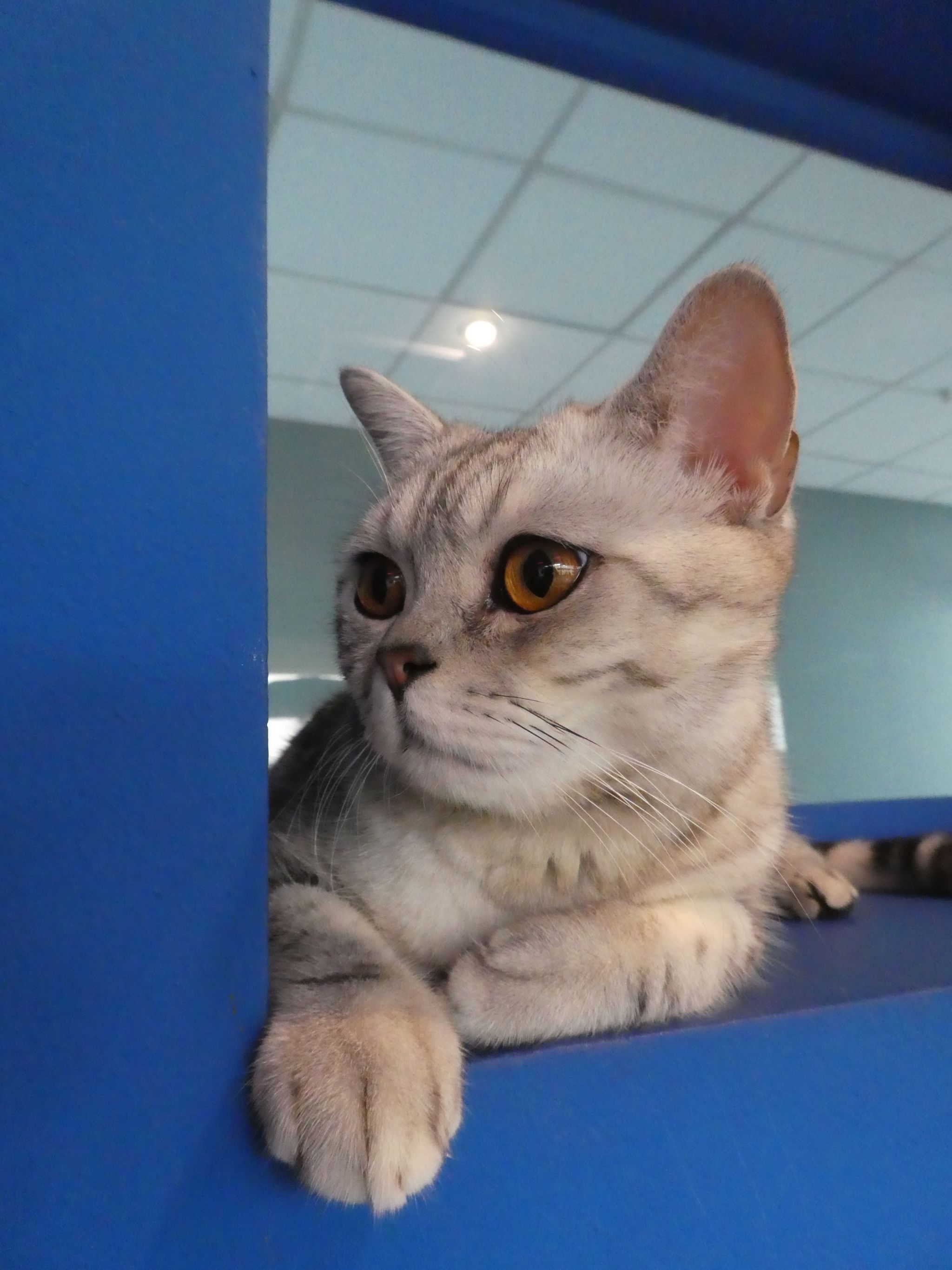 Many of the cats were snoozy.  Until the coffee appeared. 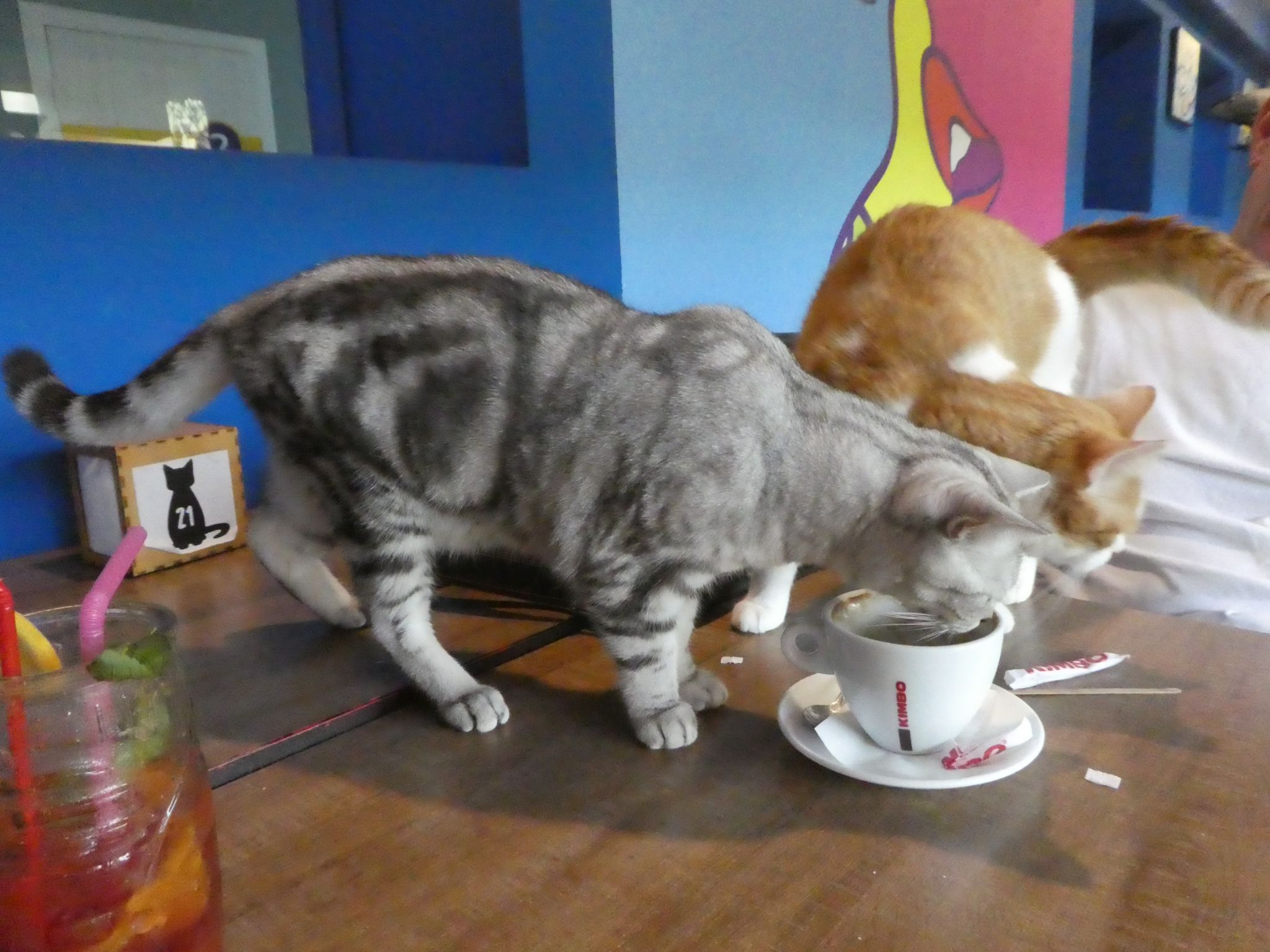 There aren’t too many internationally famous Moldovans, which might explain why Alexander Pushkin receives quite a bit of attention.  Pushkin was Russian not Moldovan, but he lived in Chisinau for three years.  Whilst here, he began work on his verse novel, Eugene Onegin, which is considered a classic of Russian literature.

Chisinau celebrates him with an Alexander Pushkin Street in the city centre, and the house where he lived and worked is now the Pushkin House Museum.  It’s a shame Pushkin really hated the city, famously writing “Accursed town of Chisinau.  To abuse you the tongue will grow tired”.

Of course, that might have something to do with the fact that he was exiled here.

These days, although Chisinau isn’t loaded with great sites and exciting things to do, it’s a pleasant place to spend a few days.  It’s got a relaxed vibe, good food and decent wine.

In fact, Moldova was known as the Rhone Valley of the Soviet Union, and two of the largest wineries in the world are within 20kms of Chisinau.  Milesti Mici holds the Guinness Book of Records title for world’s largest wine collection – 1.5 million bottles.  You can do a tour if you have your own car to navigate the underground cellars which run for 200kms.  We didn’t, but we had a few of their wines, and they were really good.

Chisinau also has an excellent live music culture.  Each afternoon we could sit on the balcony of our apartment which overlooked the courtyard of the restaurant at our hotel, listening to live music.  One night it was a fellow playing a clarinet, another night a lady sang jazz classics.

At a craft beer hall down the street there were none of those oh-so-annoying blokes roaming around with accordions demanding money to play The Chicken Dance.  Instead a man sang stuff like Knocking on Heaven’s Door.  In Moldovan.

On a cliff top ridge high above the Raut River in central Chisinau is Orheiul Vechi where Orthodox monks established an ecclesiastical complex on the ridge and in the cliffs in the 13th century.

A small number of monks continue to live here, tending the church and the caves which still function as chapels.  Most renowned is the Cave Monastery. 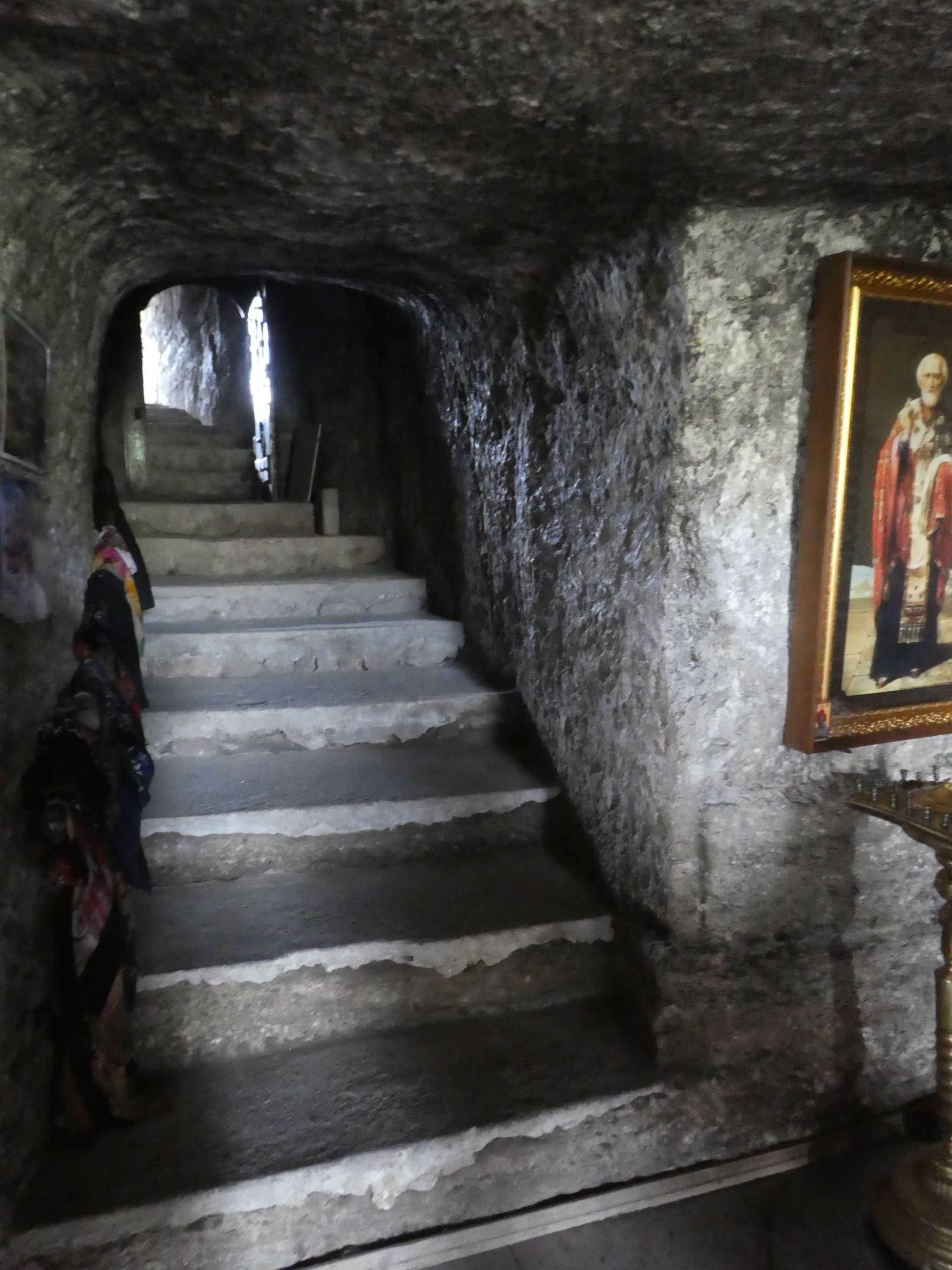 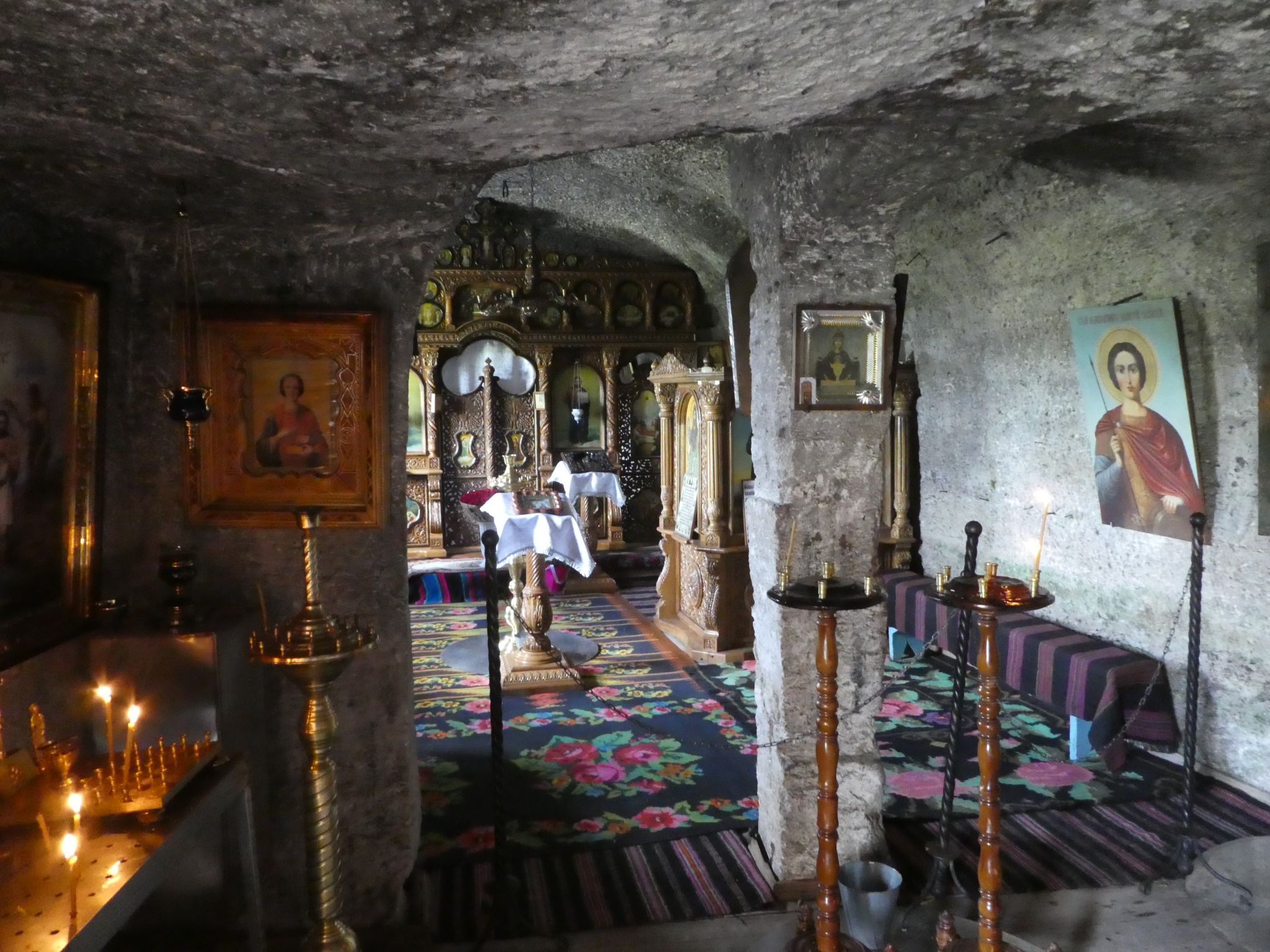 The cells look grim, but there’s a great view from the porch. 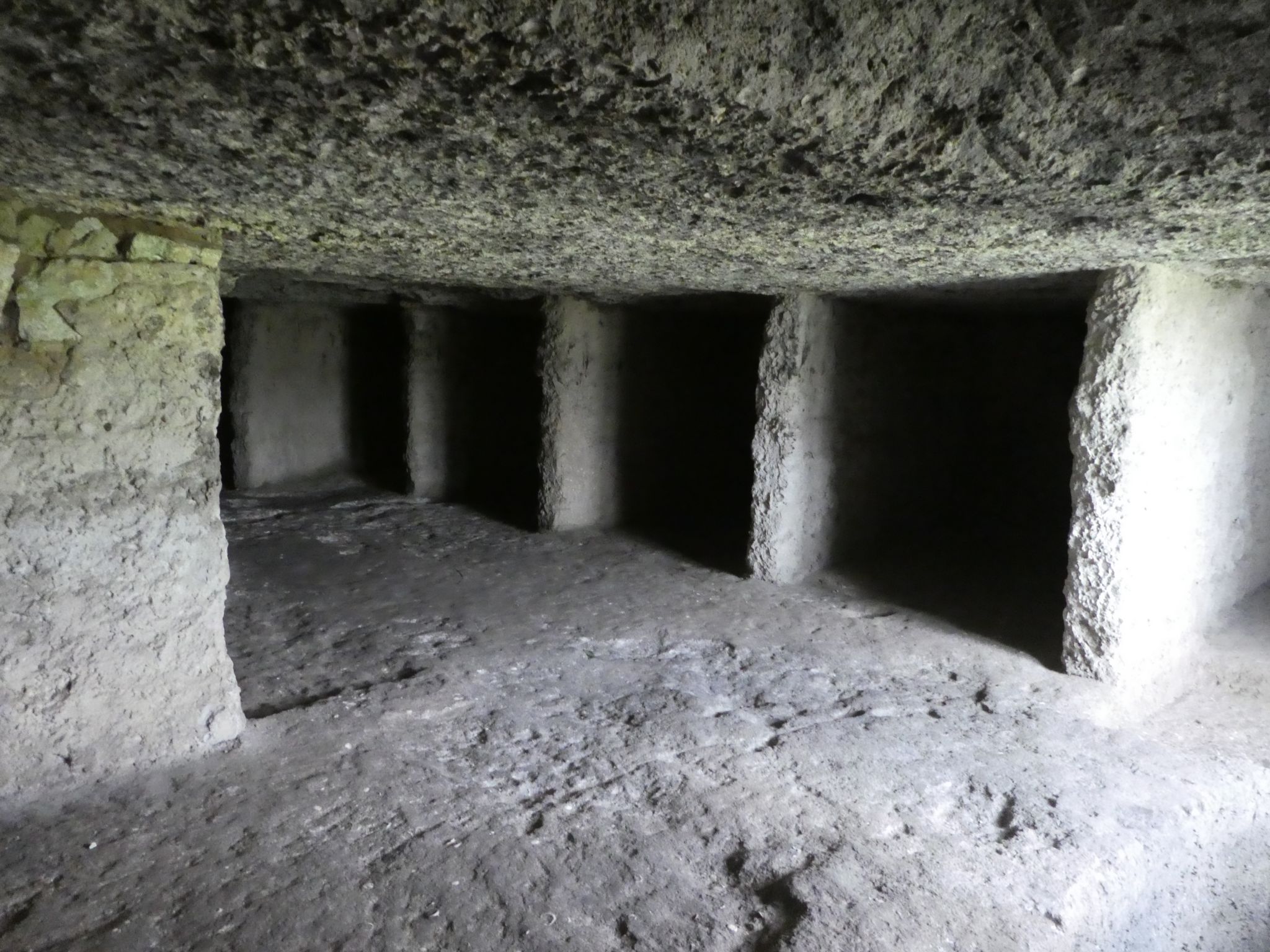 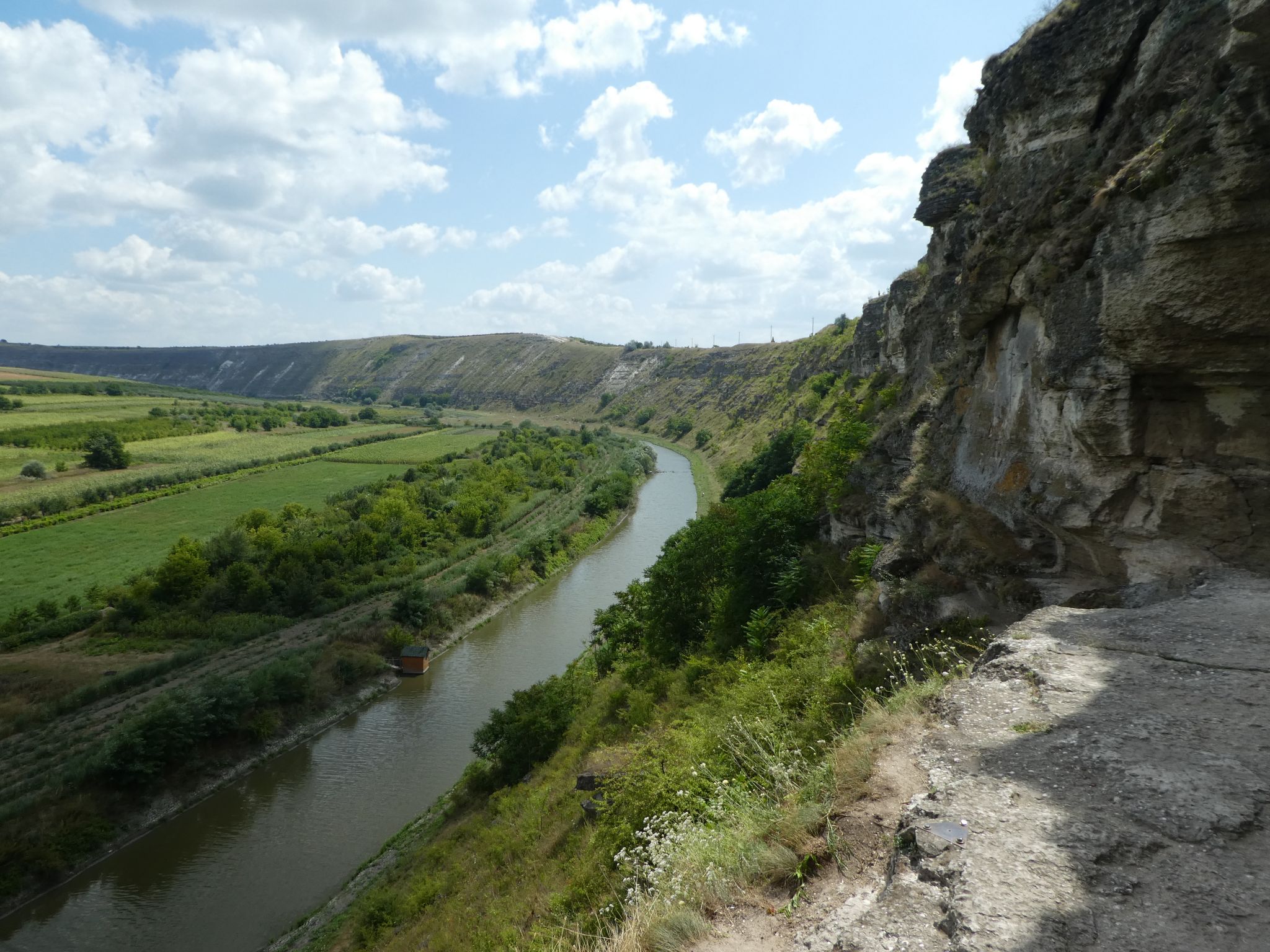 On the ridge above, the church and monastery where the monks now live has an even more expansive view. 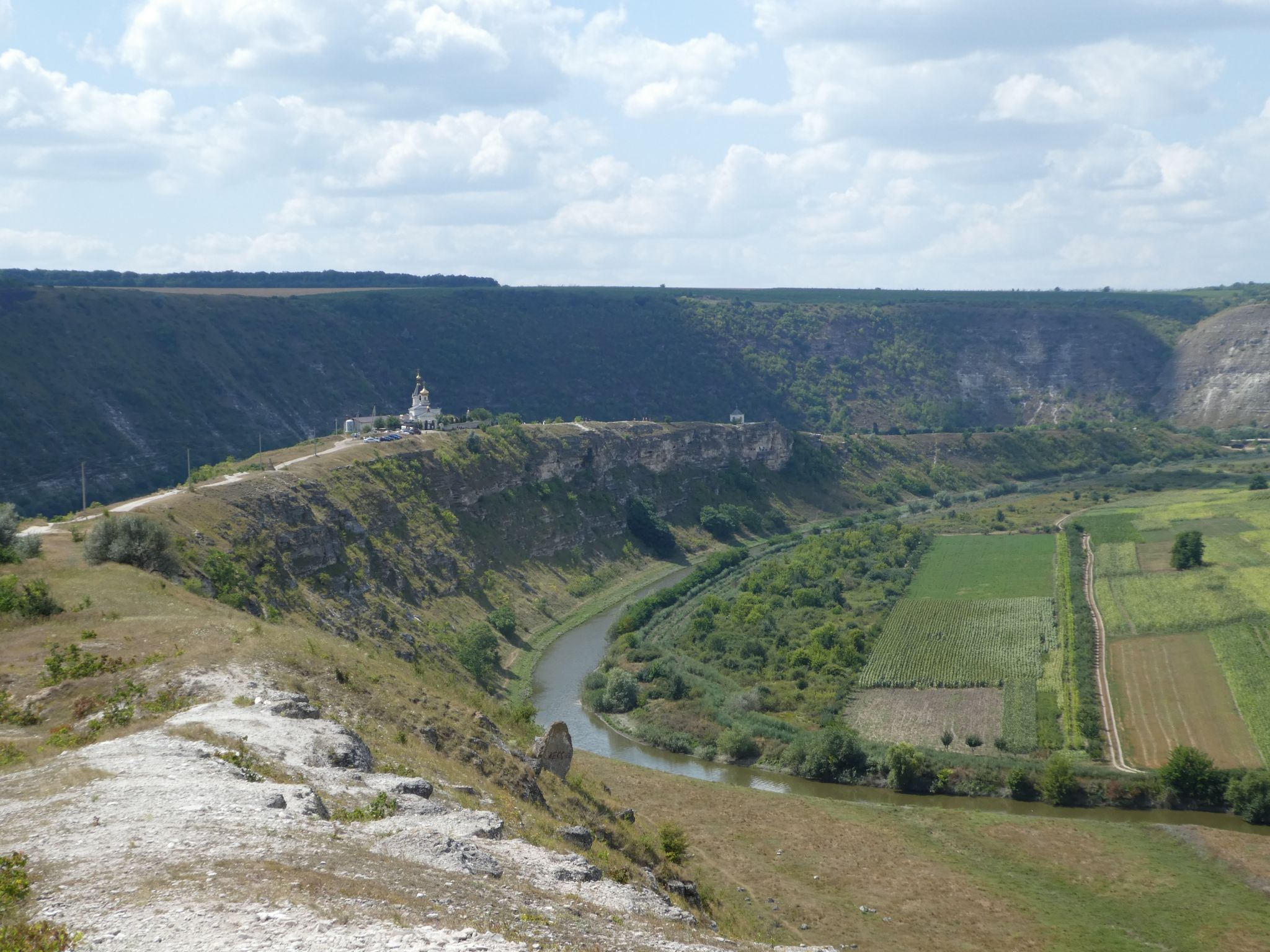 Man’s burrowing instinct long pre-dates the monks, though.  All along the ridge line there are the remains of more ancient excavations. 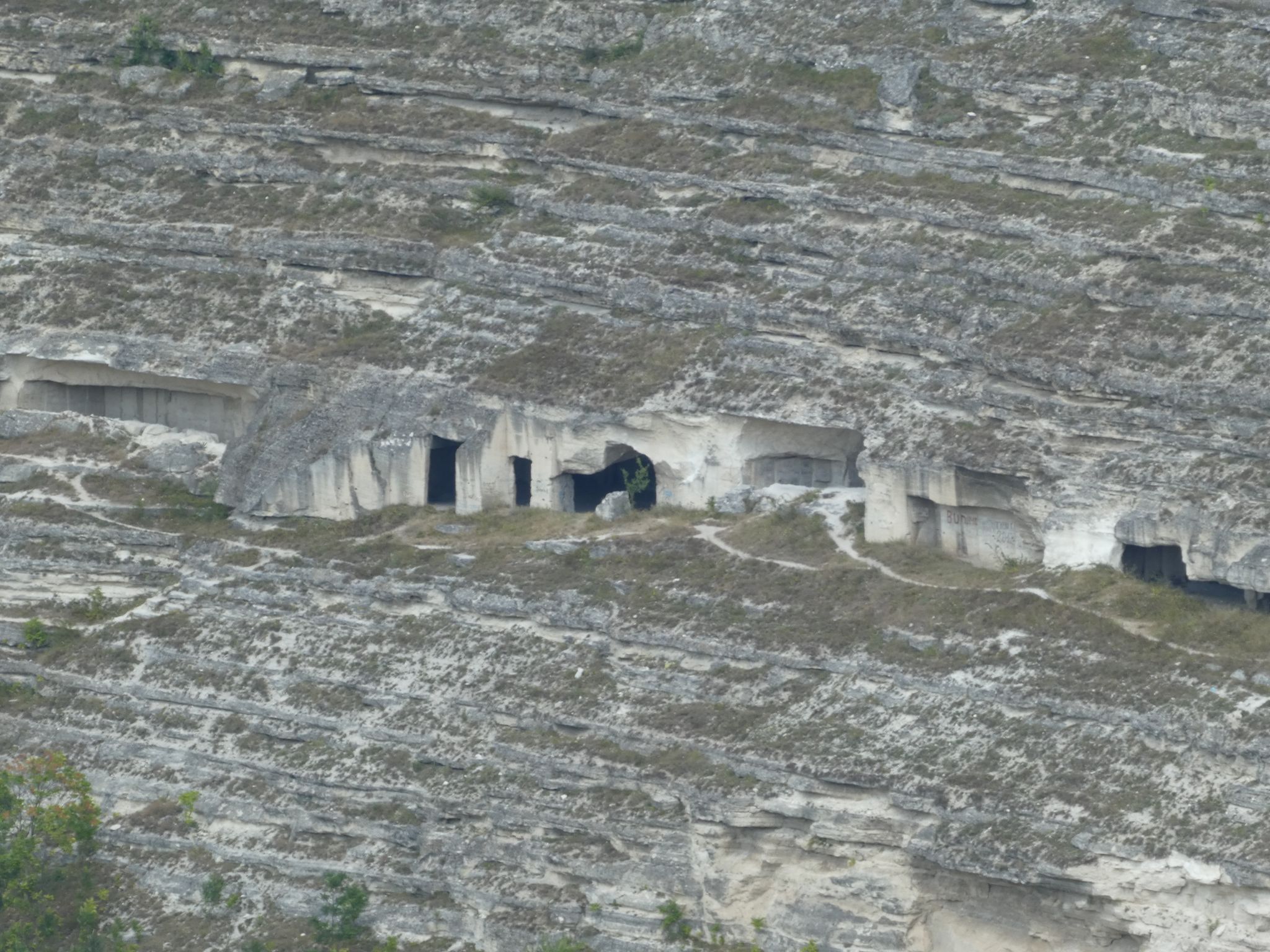 Australian readers will be familiar with the term ‘cashed up bogan’.  For anyone who’s not, Wiktionary provides this definition: “A person who is unsophisticated or of a lower class background but achieving a high salary, who spends money on flashy or trashy items to fulfil their aspirations of higher social status”.   These days, it’s a label worn with pride rather than a term of derision.

Is there an Eastern European equivalent?  We don’t know.  But if there is, it surely finds its spiritual home in Soroca.  This city of 37,000 is Moldova’s unofficial ‘Roma capital’.

Roma who have gained wealth, mostly through working out of Moldova and repatriating money home, have built an entire enclave of what the Lonely Planet describes as ‘incredibly gaudy, fantastical mansions’ in Soroca.

Many of these creations are big.  And they have very fancy roofs.  But look a bit closer and many are no more than a shell.   In fact, many don’t even have electricity and running water.

Ok, we understand the concept of building in stages, over time, as you get the money.  But is it crazy to think that maybe lighting, heating and running water, would usually take priority over roof decoration?

Like this one, which has a fancy gold dome but is just a bare concrete box with boarded up spaces where the windows should be. 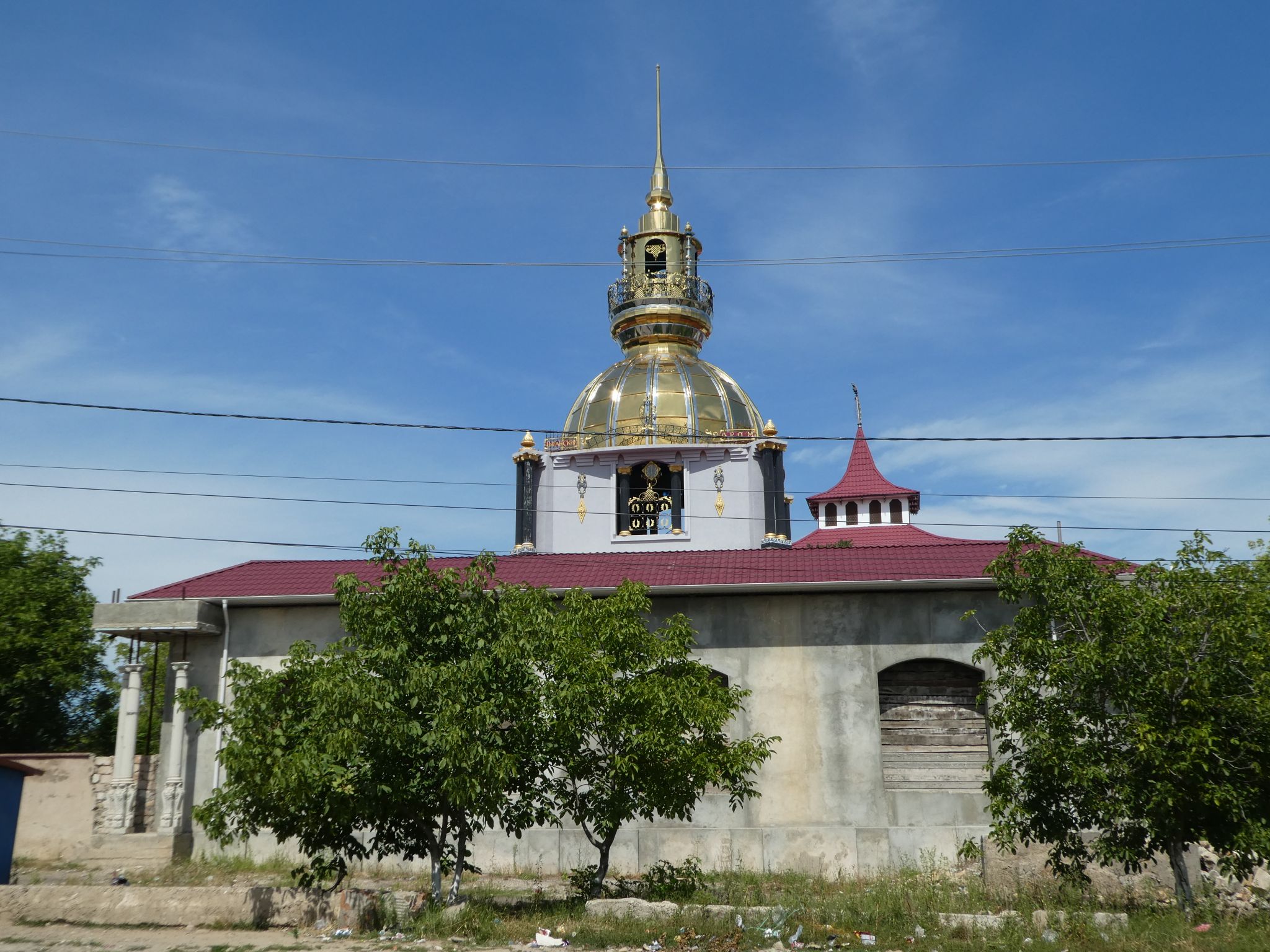 Or this one – styled on the White House.  It, too, has a gaudy dome, as well as faux marble columns, Greco-Roman statues, concrete lions and an ornate gate … but an unfinished concrete exterior and bare concrete block fence. 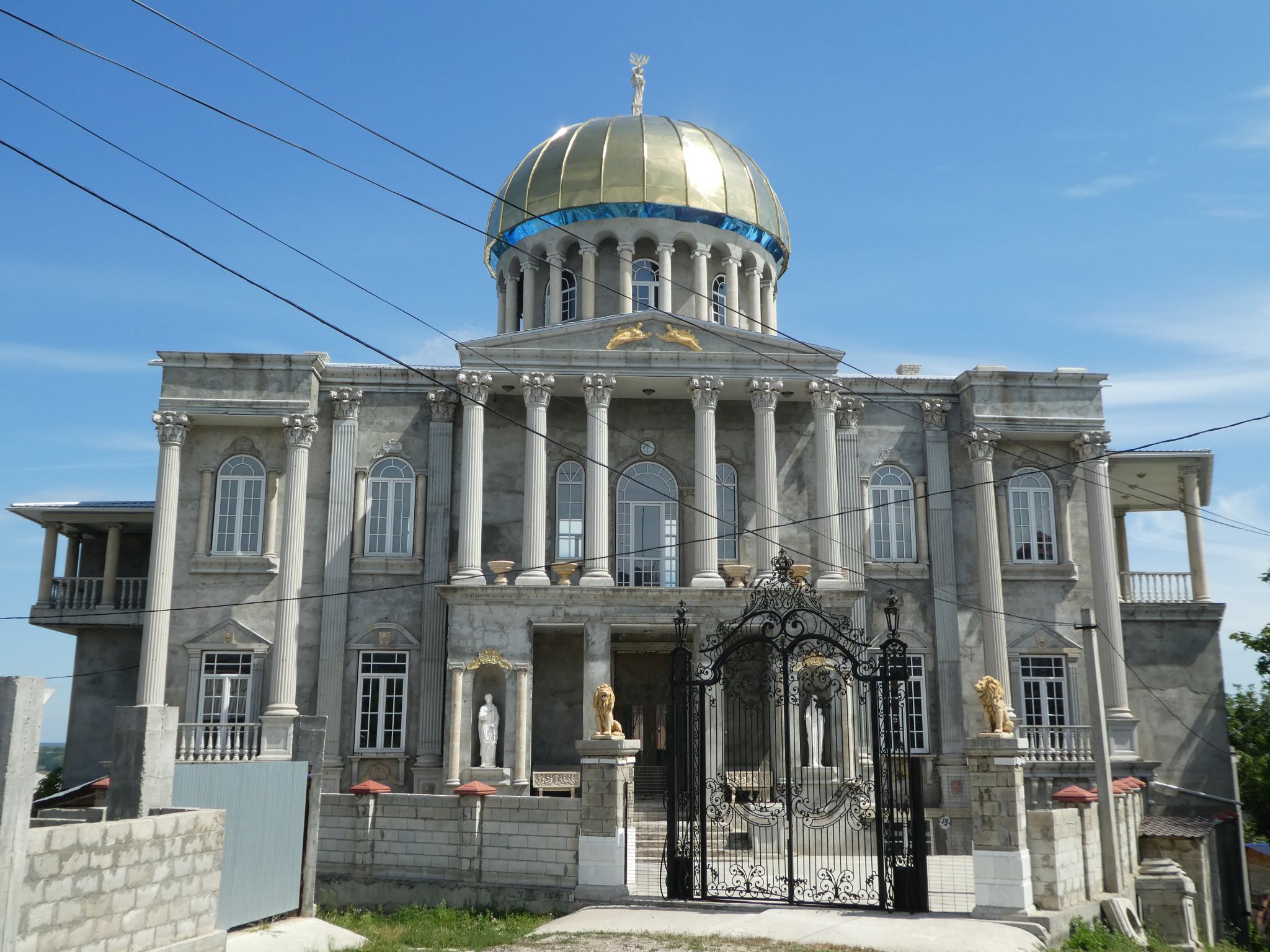 In fact, good statues and an ornate gate seem to be more important than the house being ready for occupation. 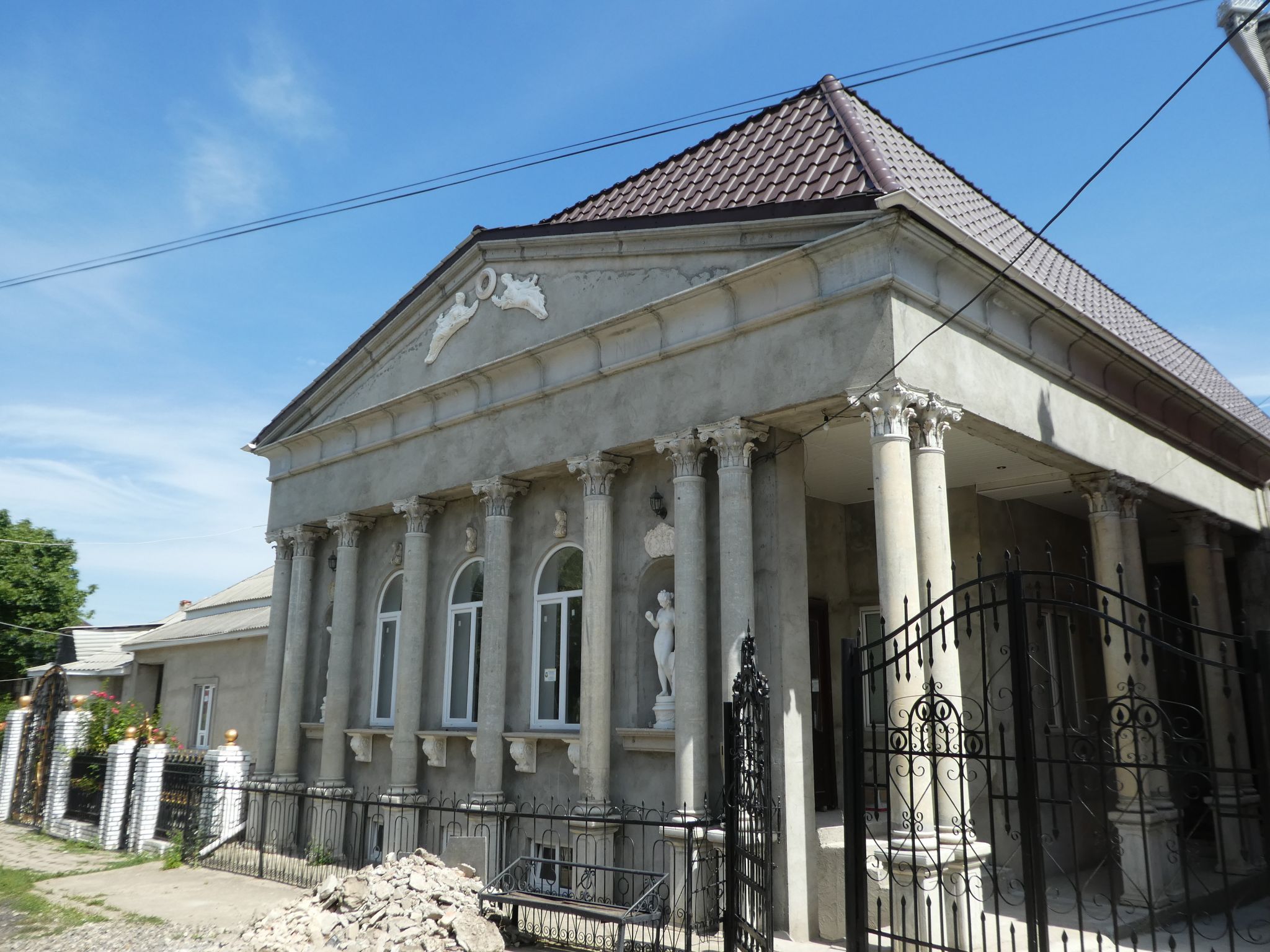 This one is a copy of the Bolshoi Ballet Theatre in Moscow.  Leaping horses, guys in gold livery at the roof corners … but an unfinished bare concrete exterior. 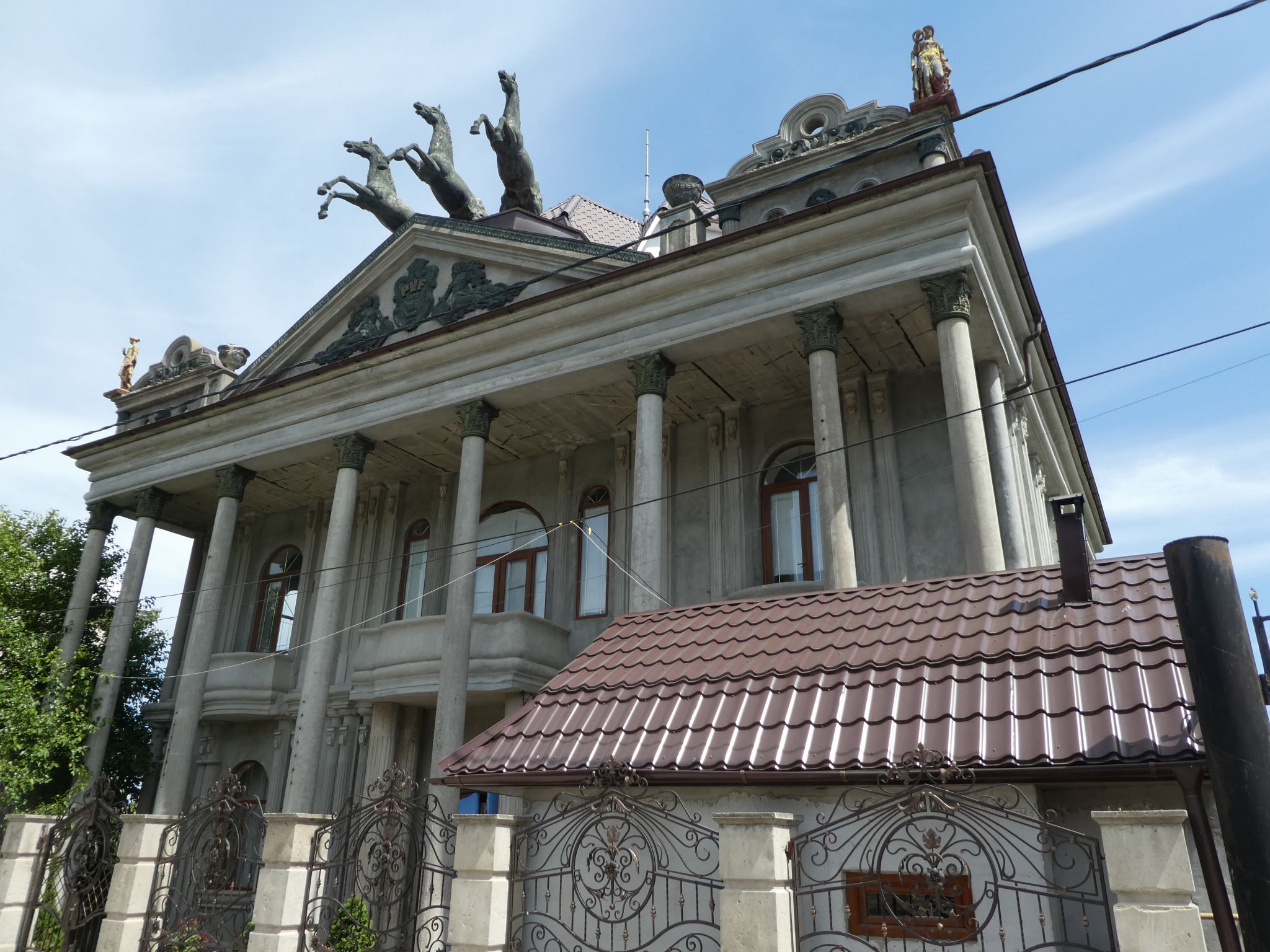 You might be thinking ‘they’re just not finished’.  But that’s the point.  None of them are finished.  And most are not the subject of active work.  They are what they are, and won’t be progressing anytime soon.

Like all true bogan properties, some have clapped-out old car bodies in the front yard.  The difference being that in Soroca, the cars are stretch limousines. 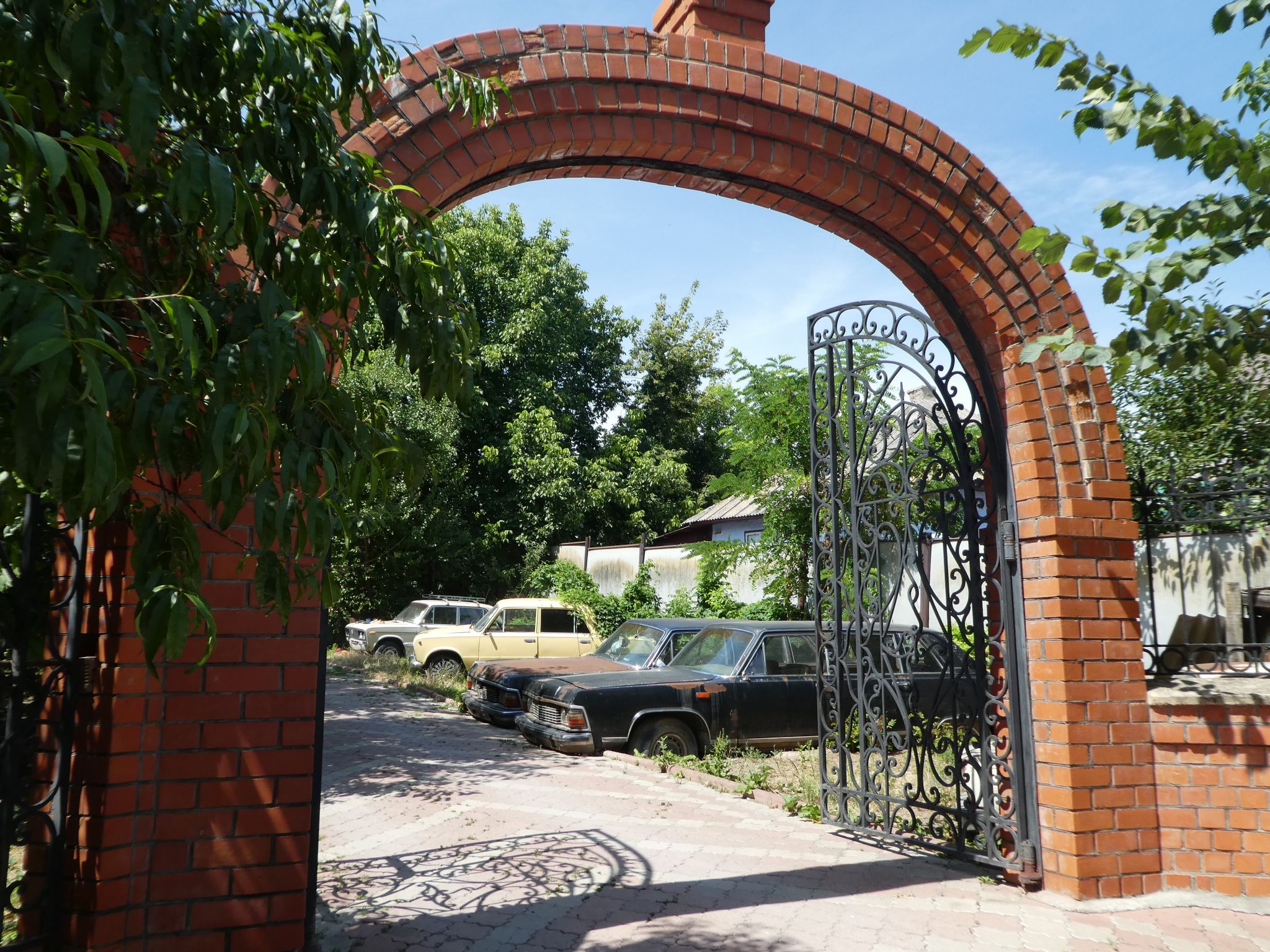 Scowling old women lug buckets of water inside, presumably for cooking and washing.  The roads are rutted, stony paths.  A hard-faced opportunistic old man tried to tell us we had to pay him a fee to take photos of the houses, and followed us up the street muttering resentfully when we refused.

This doesn’t feel like a fun neighbourhood.  The ostentation isn’t a celebration or even a boast.  It’s a burden to be endured.  It’s like the community clenched its collective jaw and said ‘we must do this’ to prove a point, but no one can quite remember what that point was.

We also spent a night down in Transnistria – see next post.