In our previous post we said that Moldova was the bit of Romania grabbed by the Russians in the 1940s, with a traditionally Russian enclave bolted on.  Well, that enclave is Transnistria (or Transdneistr).

In 1990, with the Soviet Union crumbling, Transnistria declared itself independent of the (then) Moldovian SSR, under the name Pridnestrovian Moldovian Republic.  This ‘independence’ was not recognised externally, and when Moldova gained independence in 1991, it was on the basis of its existing borders, ie it included the territory of Transnistria.

With both sides possessing stockpiles of Soviet-era weaponry, the discontent turned to serious armed conflict in March 1992.  Romania further armed the Moldovans, and Russia armed the separatists.  A ceasefire was declared in July 1992 but the status of Transnistria remains unresolved.

Transnistria is not recognised by the UN or any country – even Russia, which basically funds its existence.  South Ossetia, Artsakh and Abkhazia do, but they themselves aren’t recognised as countries so that doesn’t really count for much.

Transnistria nonetheless has its own parliament, president, police force, army, currency and postal system.  It has a constitution, flag, national anthem and coat of arms.

As Transnistria considers itself a seperate country, visitors have to go through ‘passport control’ to enter.  They don’t stamp your passport but you receive an immigration permission slip stating your permitted length of stay, which you must carry until you leave.

Funnily enough, when you depart Transnistria and ‘re-enter’ Moldova, there’s no such check, since Moldova doesn’t consider you’ve ever left.

Transnistria is the only country in the world with the hammer and sickle on its flag.  Which brings us to the question of why tourists might come.  The few who do, are here to see one of the last Leninist holdouts on the planet.  Actually, it isn’t – but more on that later.

Once upon a time, every city, town, village and hamlet across the Soviet Union had a statue of Lenin – or more than one – in their public places.  With the fall of communism, they are gone.  Some are in museums or in curated exhibitions, but  (as far as we know, anyway) the only places in Europe where you can still see an abundance of statues of Lenin in their original locations are Belarus and Transnistria.

So who could resist it when we found a guy who has compiled a list of 15 Lenins scattered about Transnistria and will drive you around  to see them.  Well, John could easily have resisted such an offering, but Julie thought it was a cool idea.

The few tourists who come to Transnistria usually just visit the capital, Tiraspol, where they bag a photo of the Lenin statues outside the Presidential Palace and the House of Soviets. 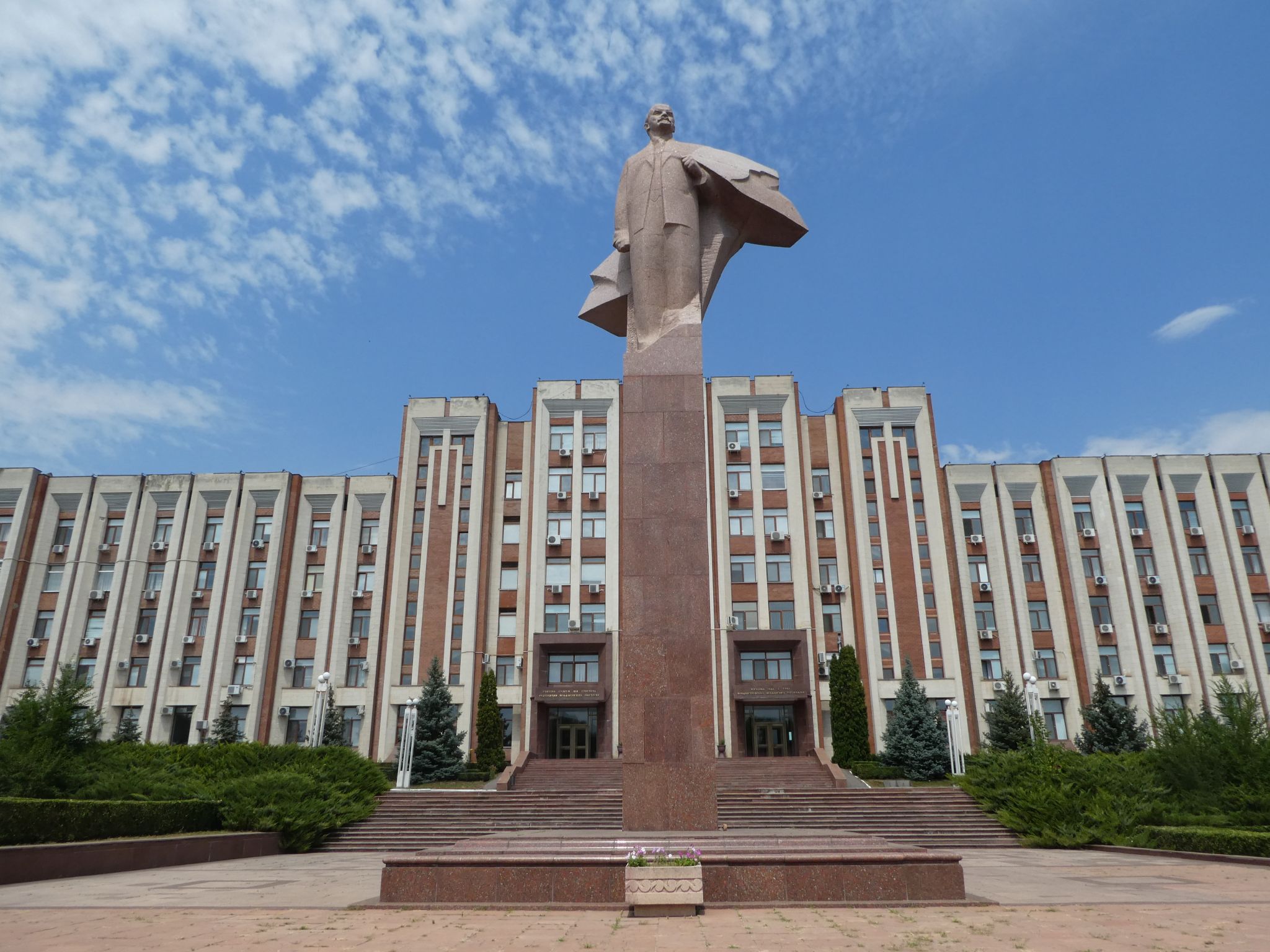 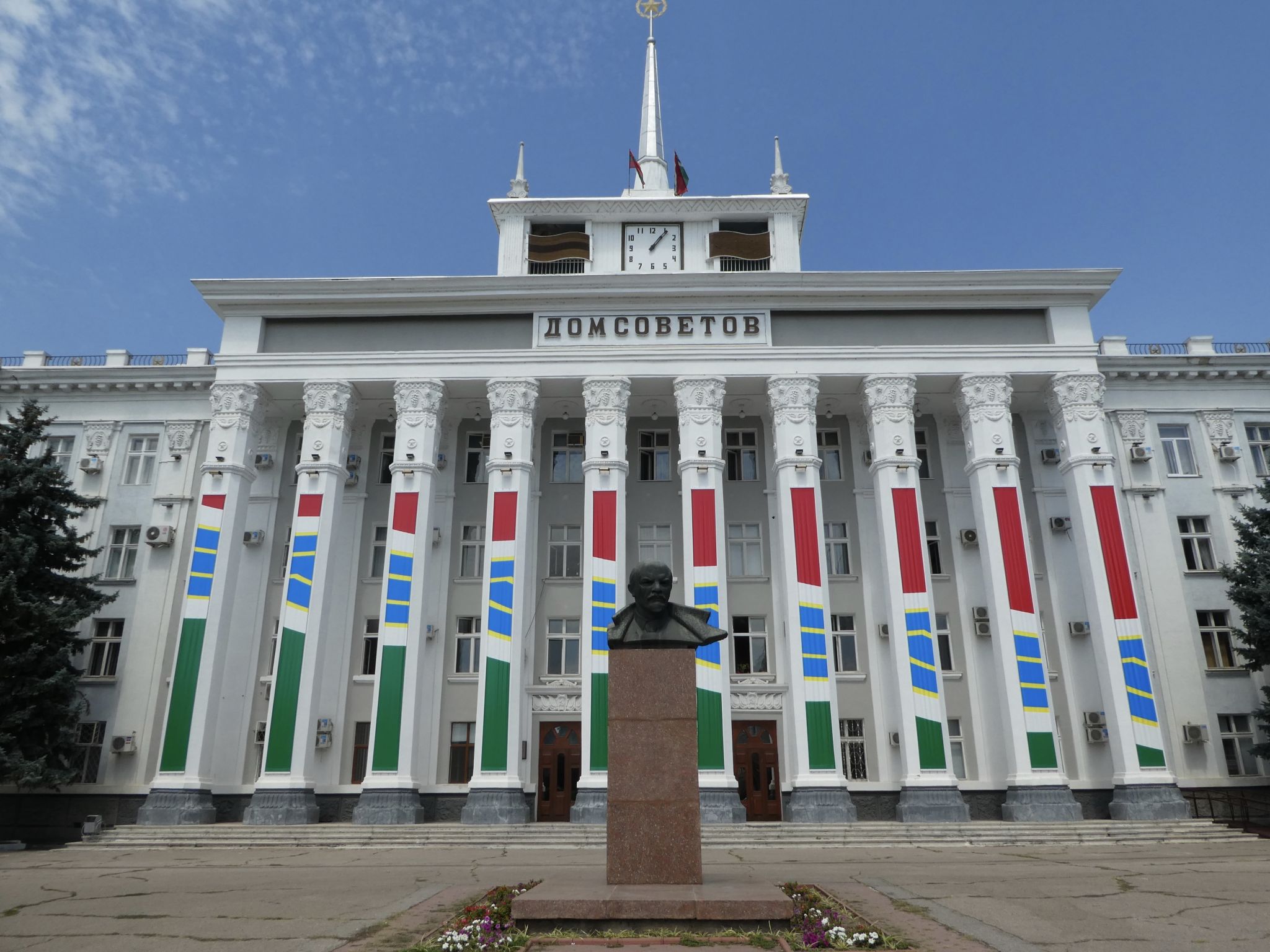 Some will also find the one hidden in the grounds of the history museum. 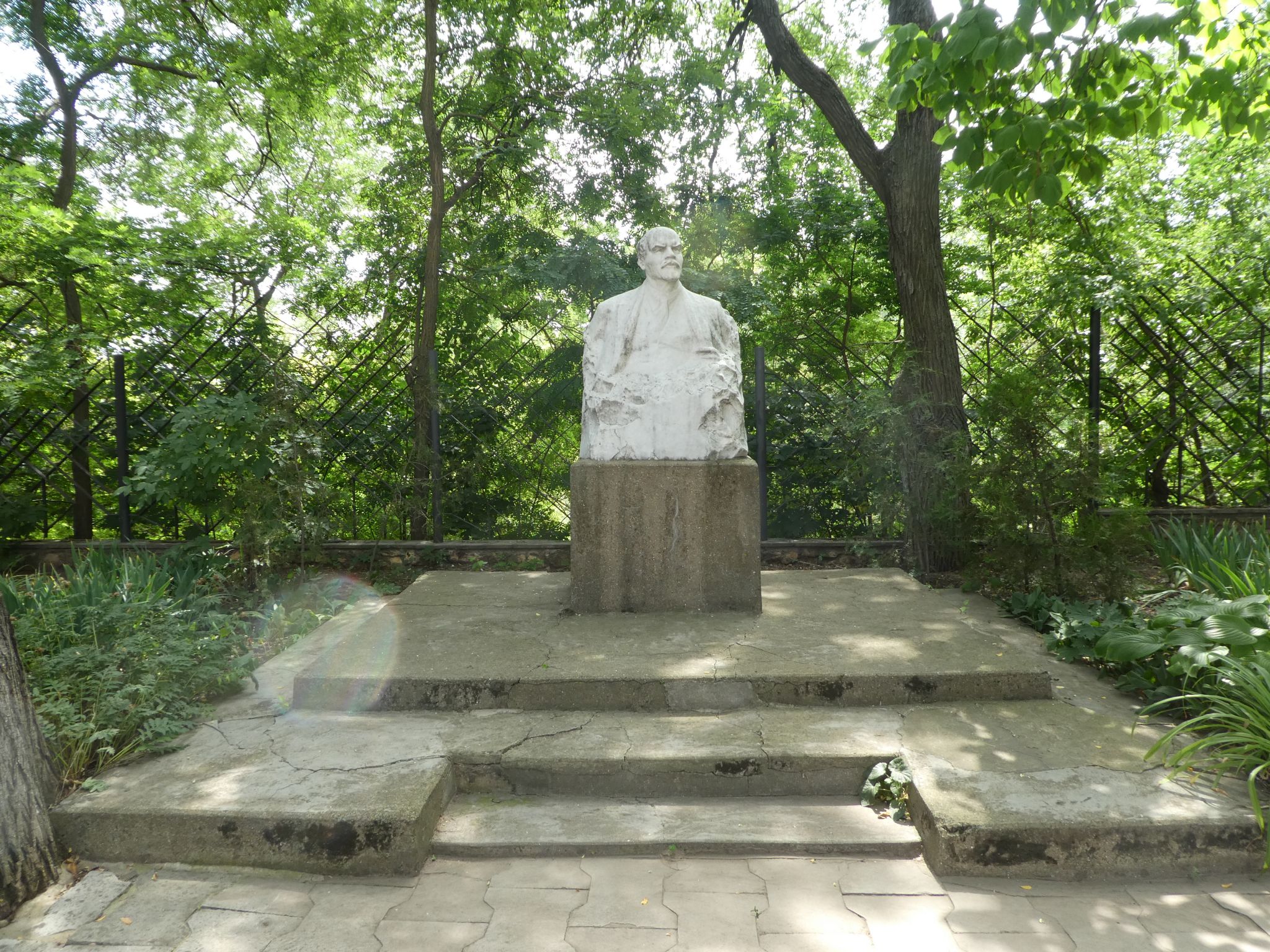 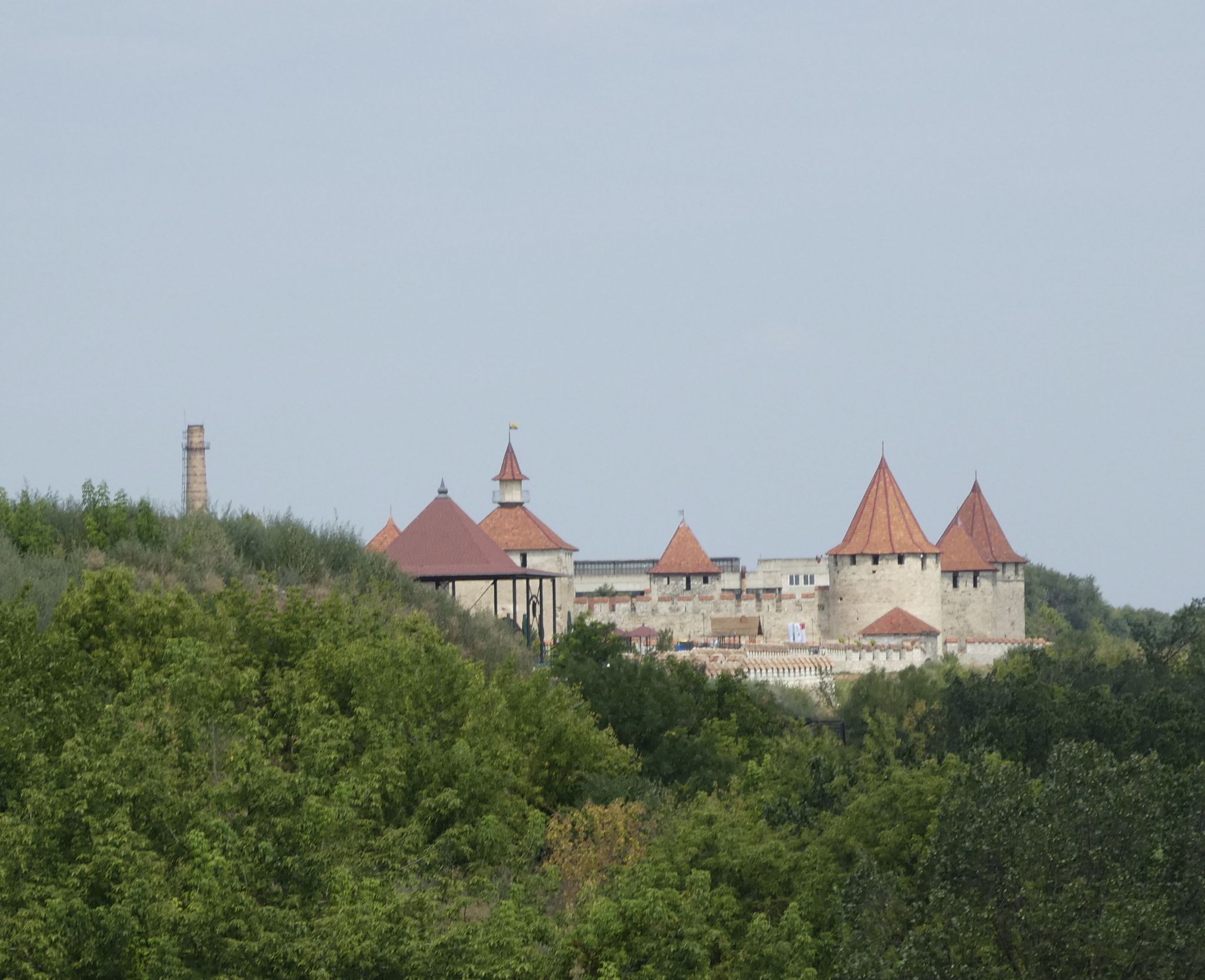 They don’t go into the town, but if they did they would find two more Lenins, one in the park across the road from the cinema and one down a lane behind a public building. 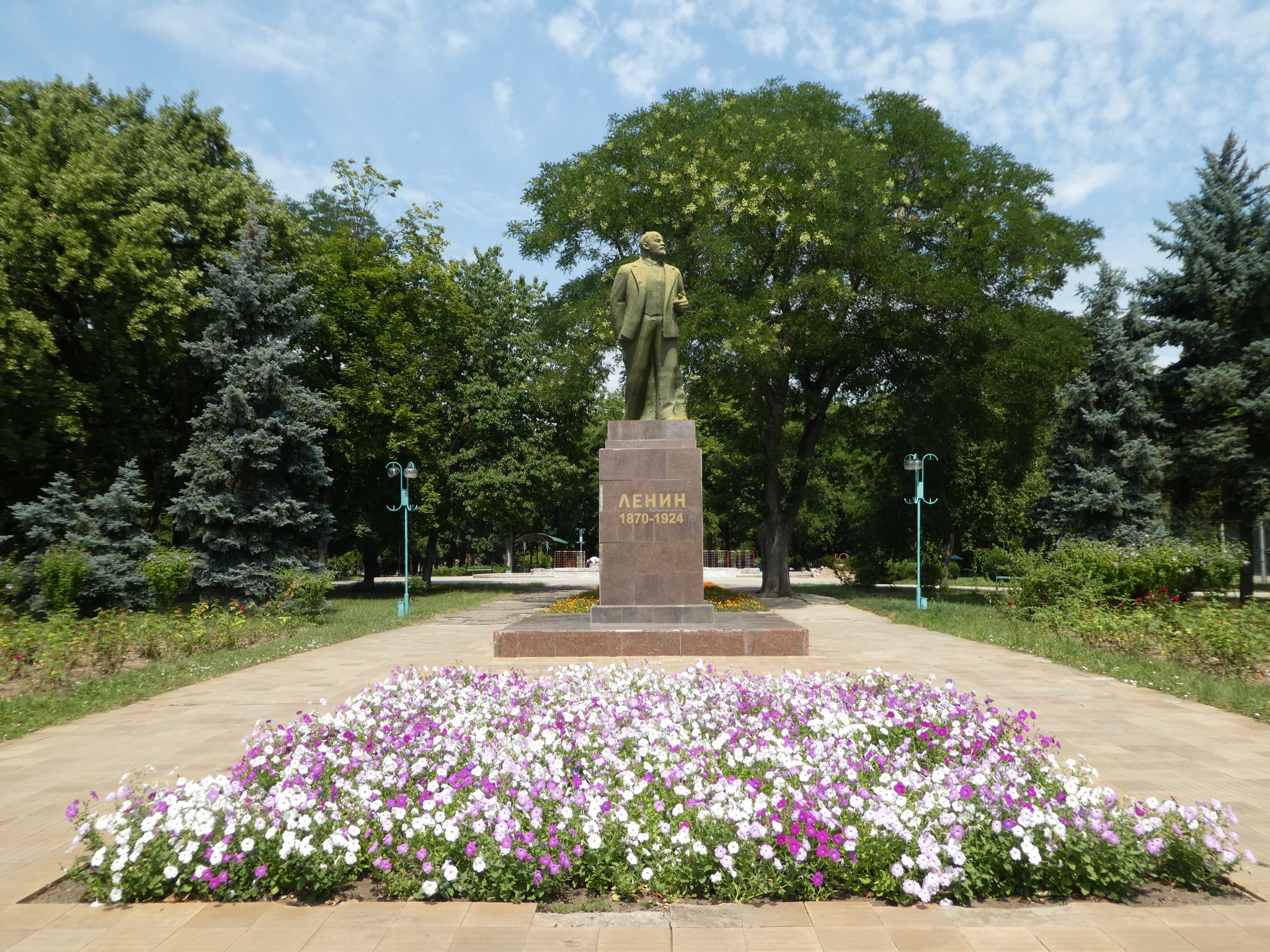 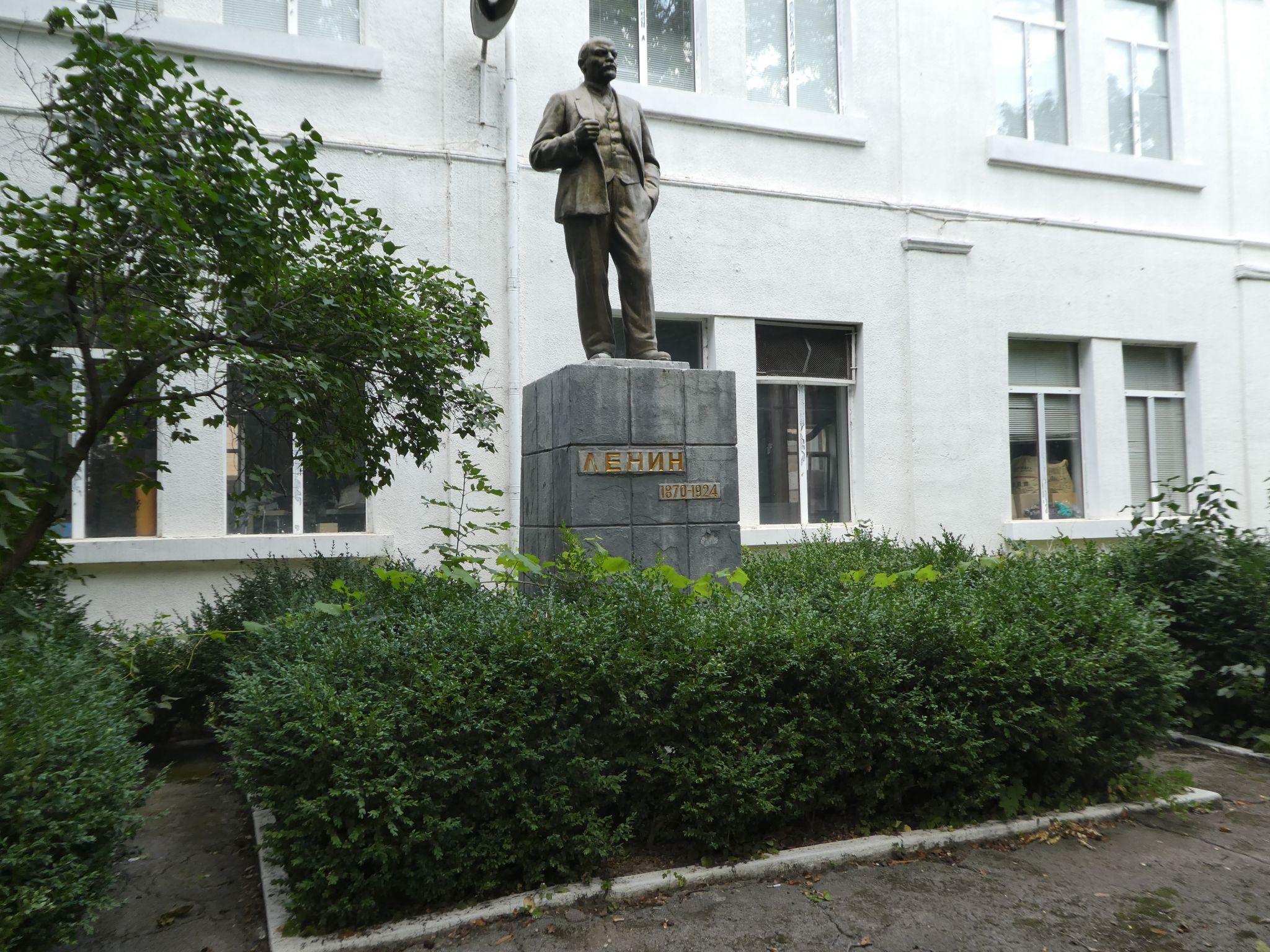 After that, the locations get more obscure. 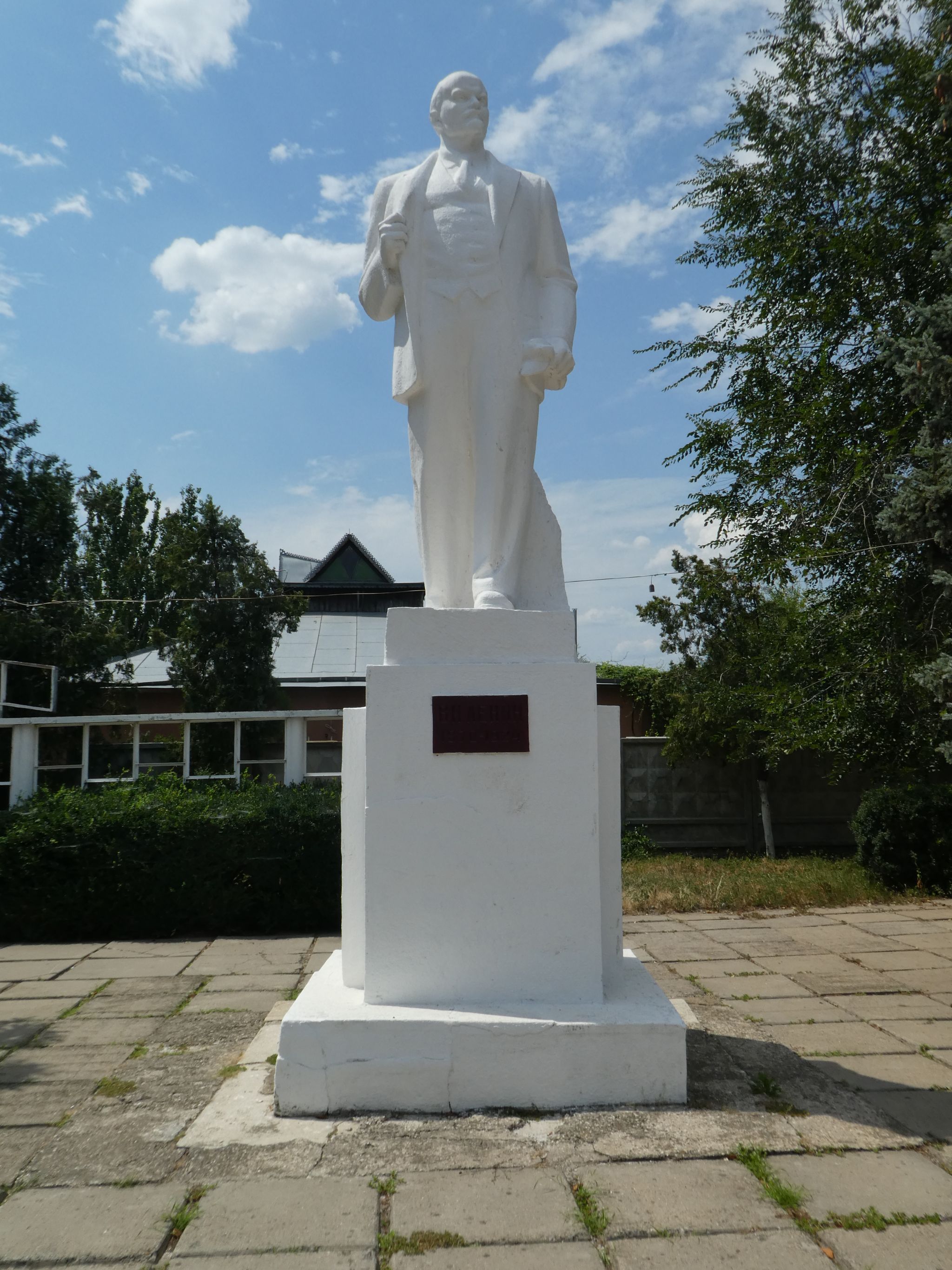 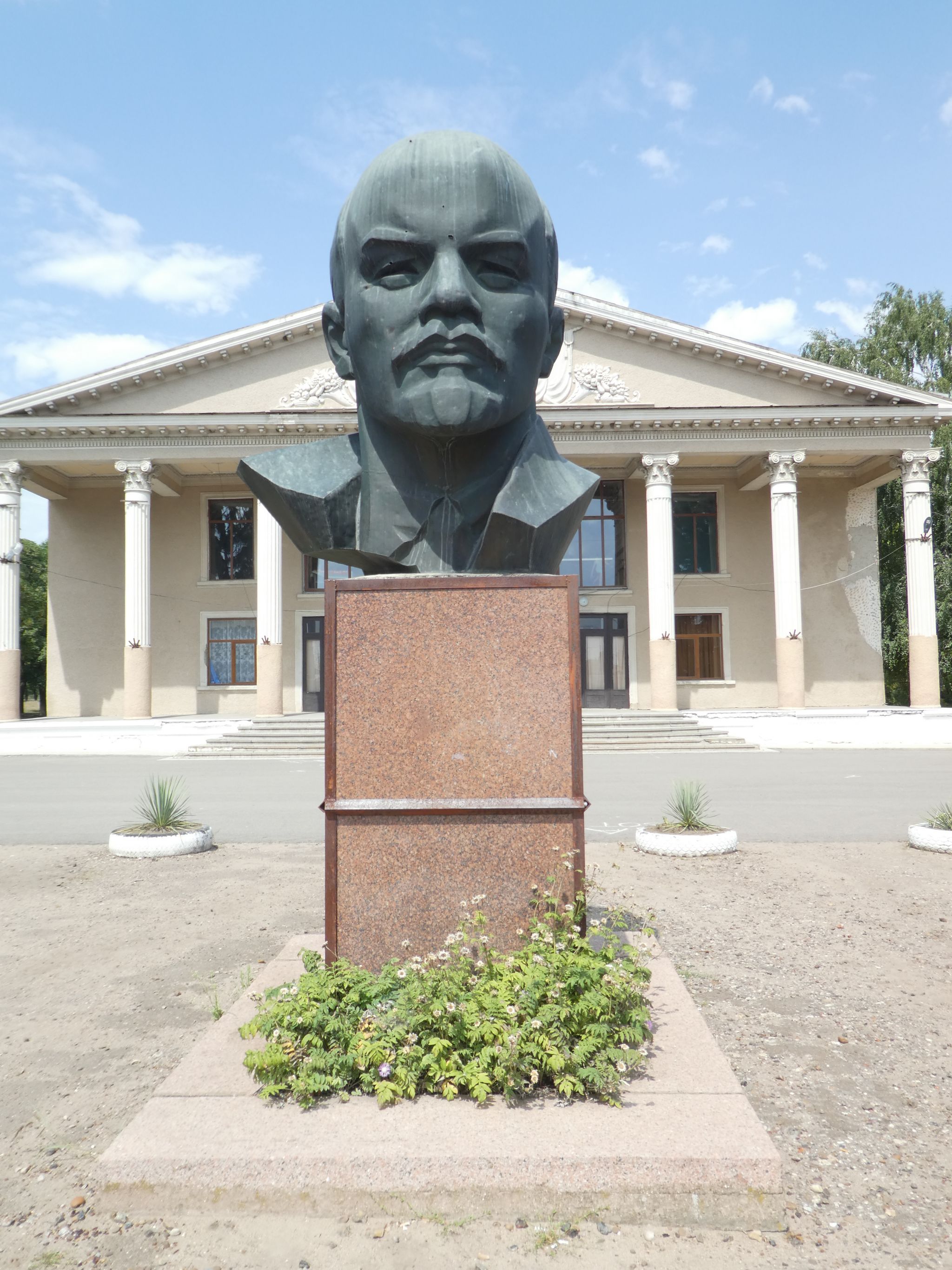 In Sucleia there is an odd-looking Lenin.  The head was damaged and a new one was made.  The only problem is that it’s too big for the body.  They used it anyway.  He looks like he might have hydrocephalus. 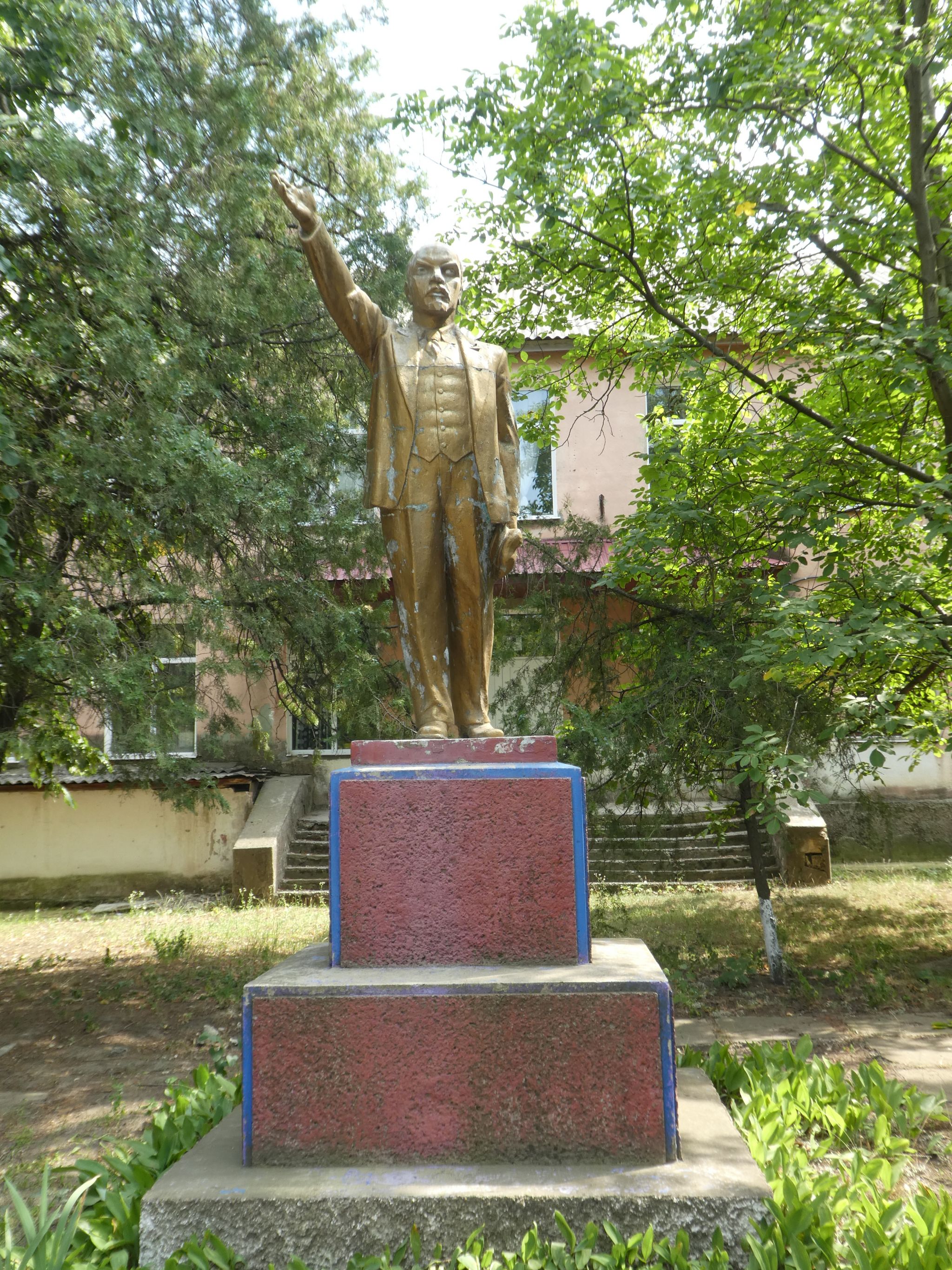 In Slobozia, Lenin points the way to a glorious socialist future.  Either that, or he’s trying to distract people from the mess his theories have created to date. 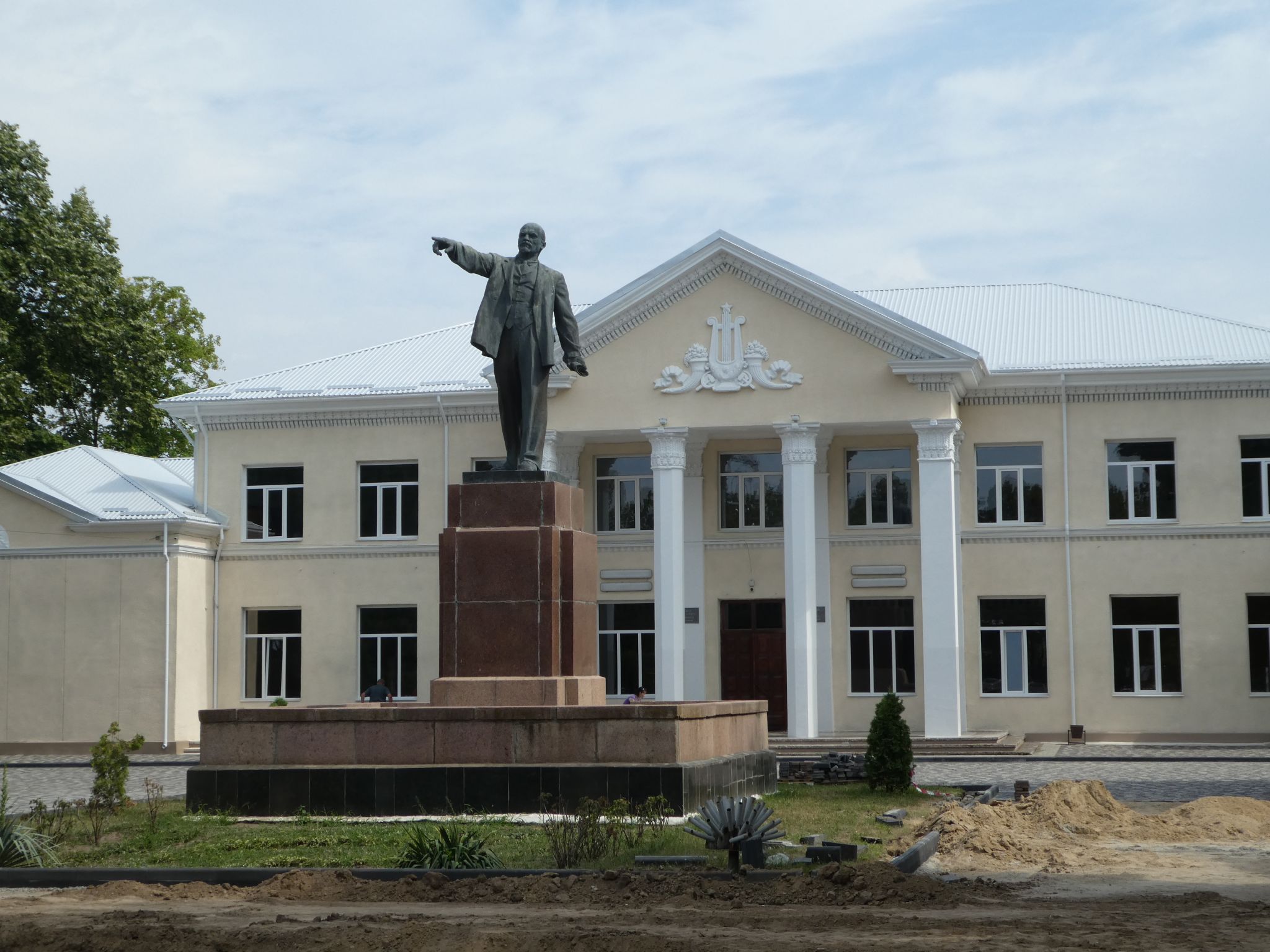 Statues of Karl Marx are even rarer than ones of Lenin.  We stopped at this one outside a school. 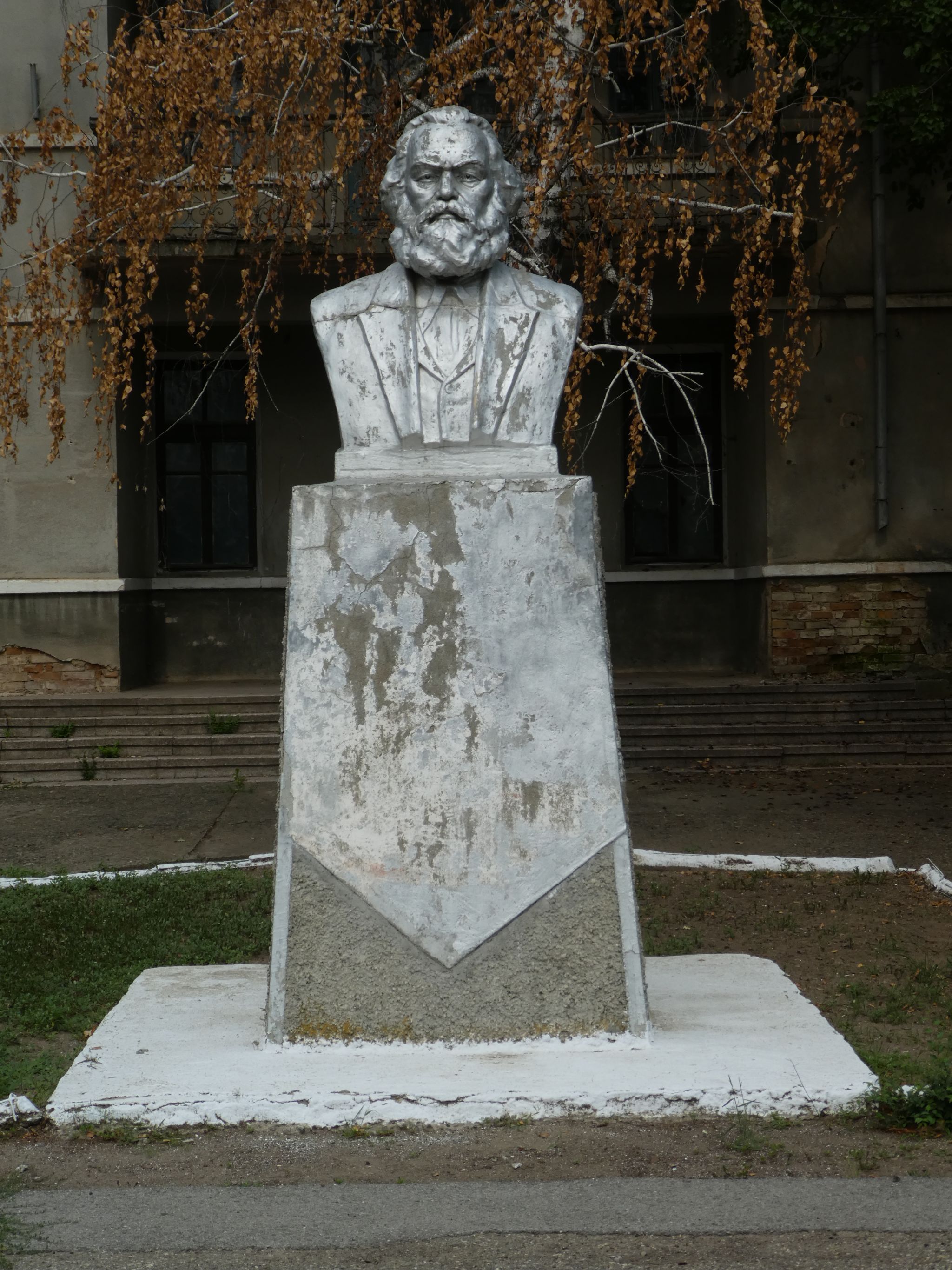 A seated Lenin in Ciobruci looked remarkably like one we saw in the Socialist Art Museum outdoor gallery in Sofia. 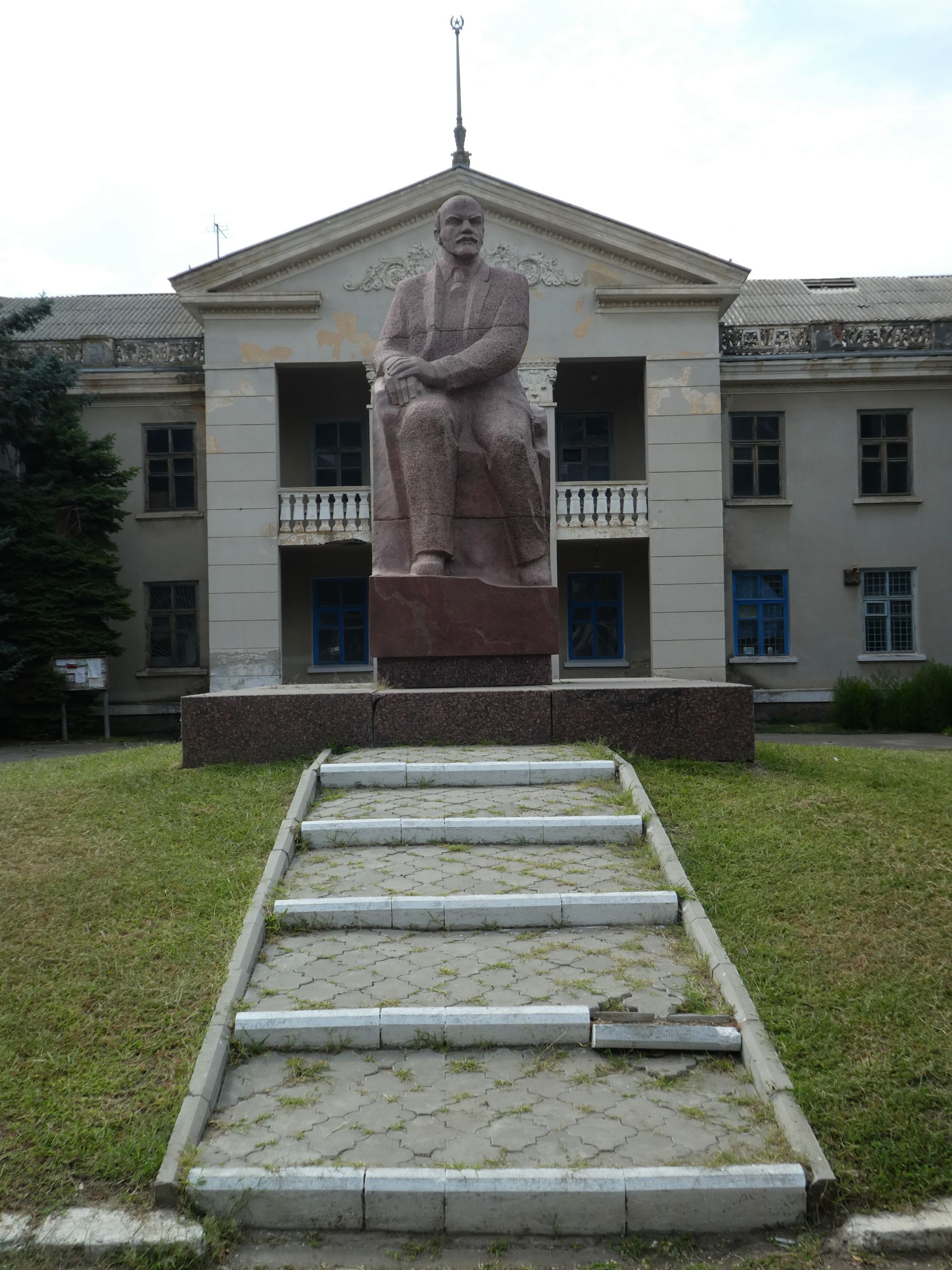 Outside Dnestrovsc, the Russian-owned gas plant has a giant bas relief of Lenin on its facade, but photographs are not permitted.  In the village, though, there are two busts of Lenin to visit. 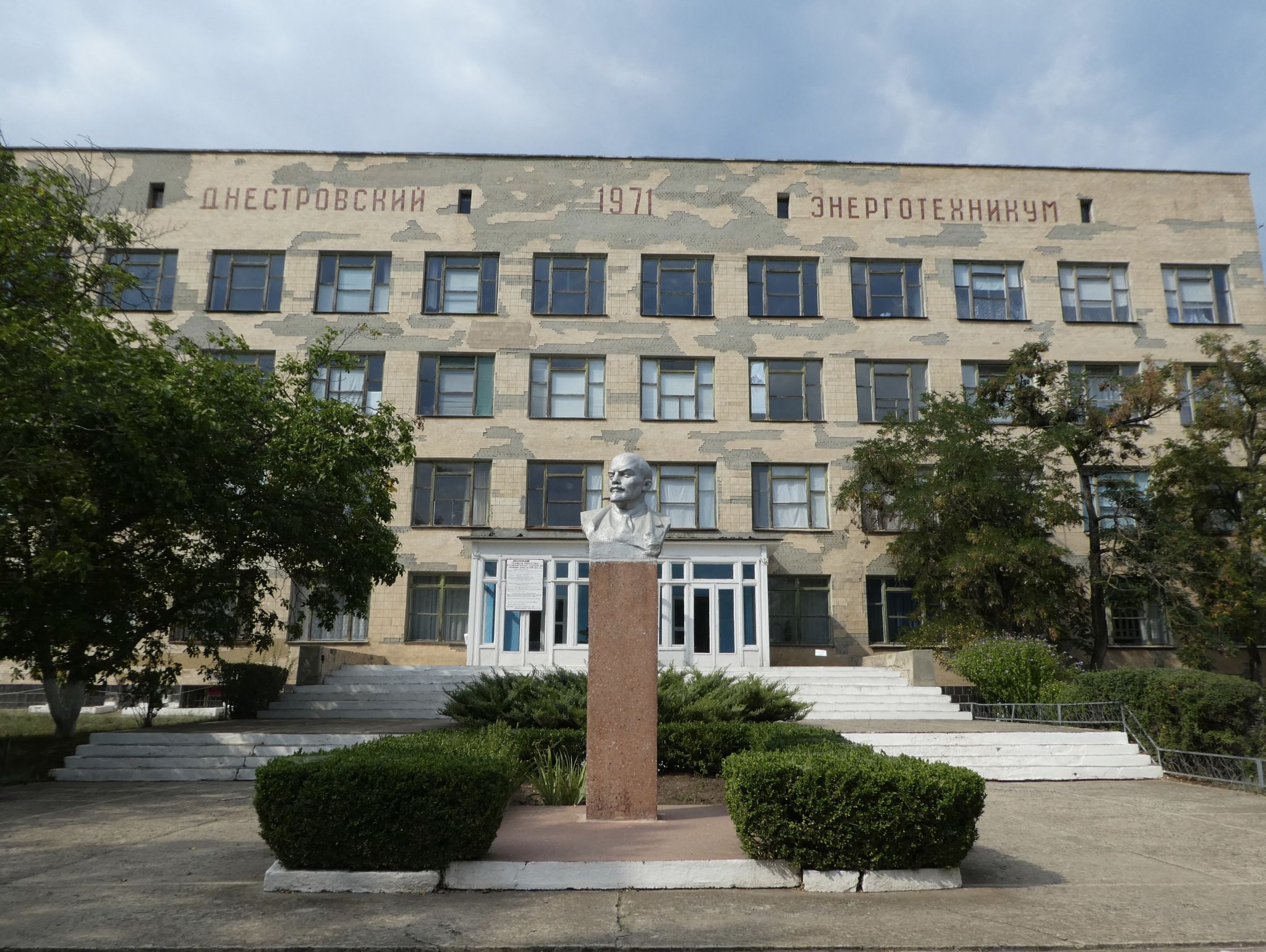 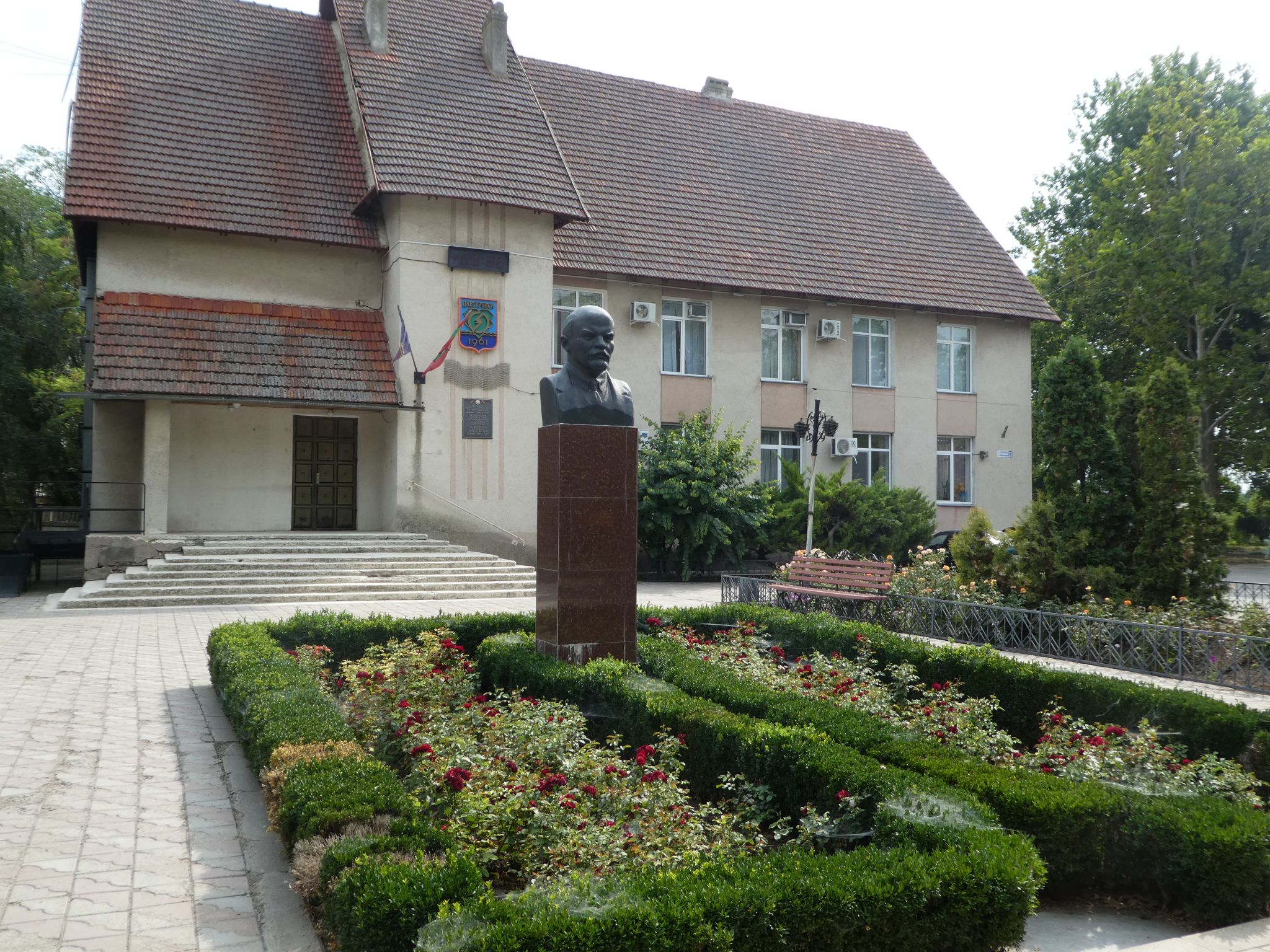 In Vladimirovca, a small bas relief is falling into disrepair. 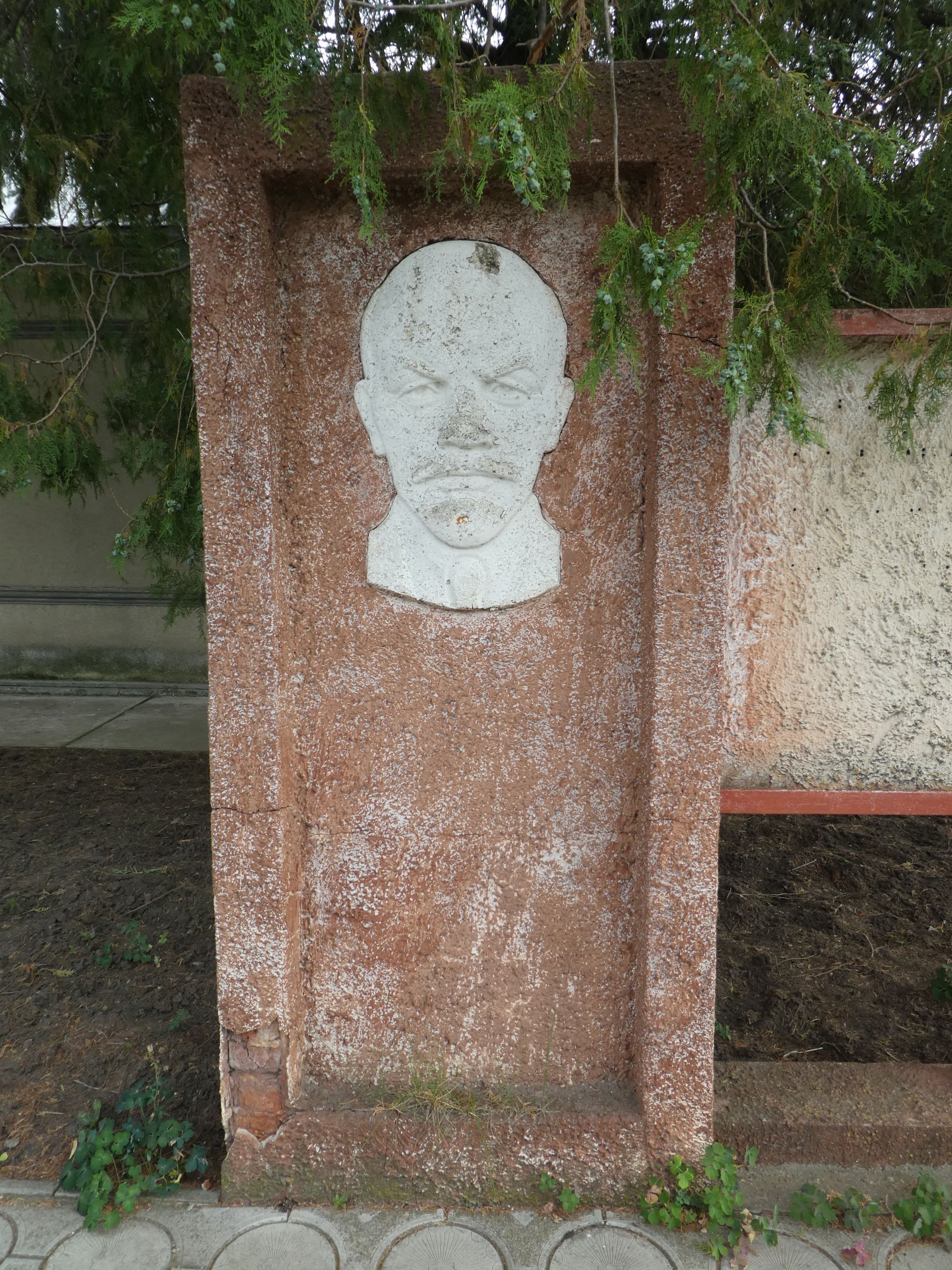 We were flagging.  It was a lot of driving.  And a lot of Lenins.  We made one last stop, at a Lenin randomly placed in the countryside. 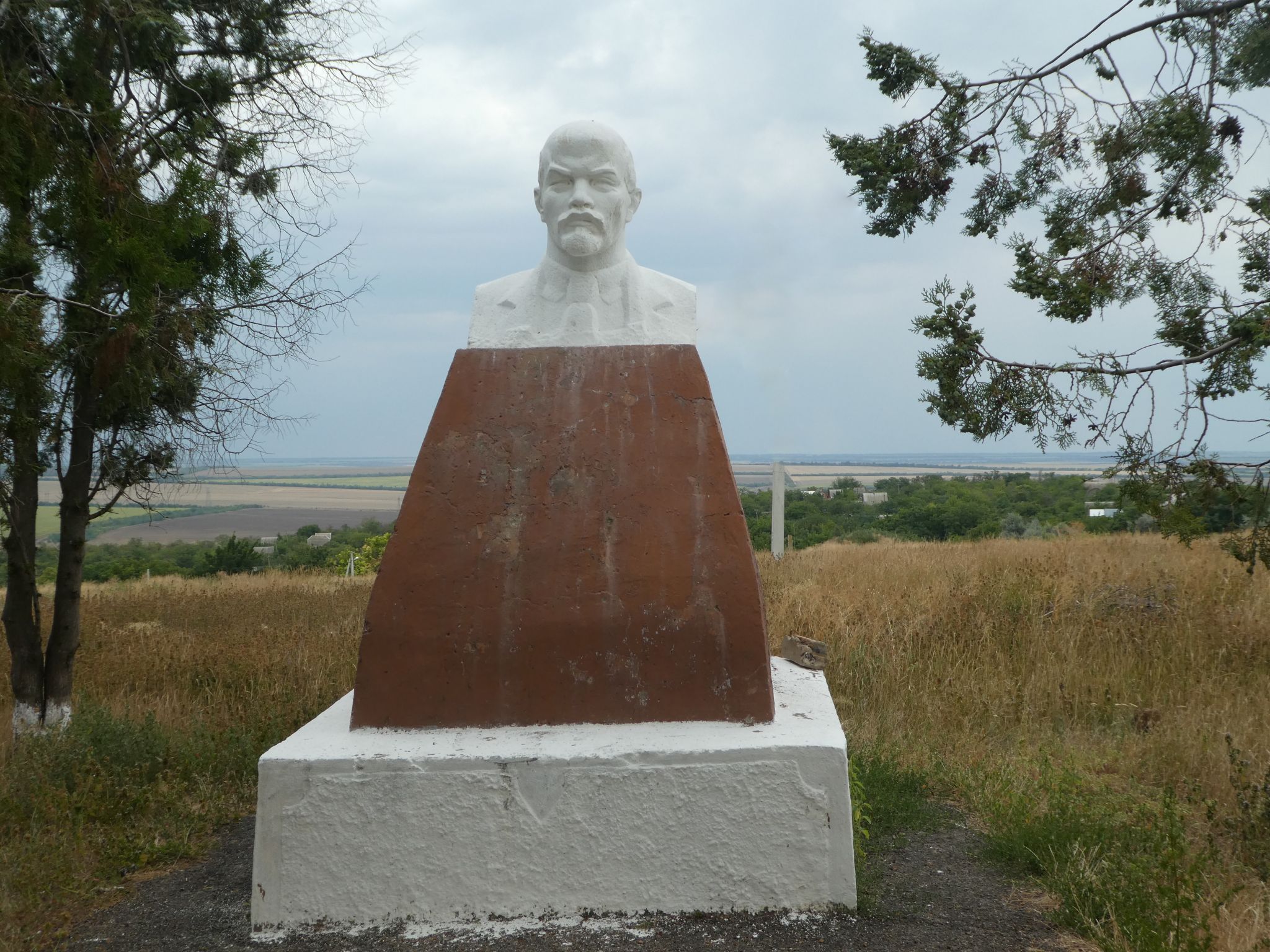 Aside from being awash with Lenin statues, Transnistria isn’t all that unusual.  It’s supposedly socialist, but really it’s a capitalist economy.  One oligarch seems to own everything from the major supermarket chain, all petrol outlets, the one Transnistrian TV channel, the daily newspaper, a telephone network and the ‘national’ football team.  Fairly standard post-communist State, then.

Since the Transnistrian Ruble isn’t recognised anywhere outside Transnistria, it’s a cash-only economy.  You can withdraw rubles from the couple of ATMs in Tiraspol, but don’t take any with you when you leave.  You can’t exchange them in Moldova, or Transnistria’s other neighbour, Ukraine.  Even their financial backer, Russia doesn’t recognise them.

And don’t withdraw very many.  Apart from spotting Lenin statues, there’s really not a lot to do in Transnistria.