What a beautiful city Kiev turned out to be.  We hadn’t imagined it that way.  It was a real treat.  The historic centre is huge, and full of gracious old buildings. 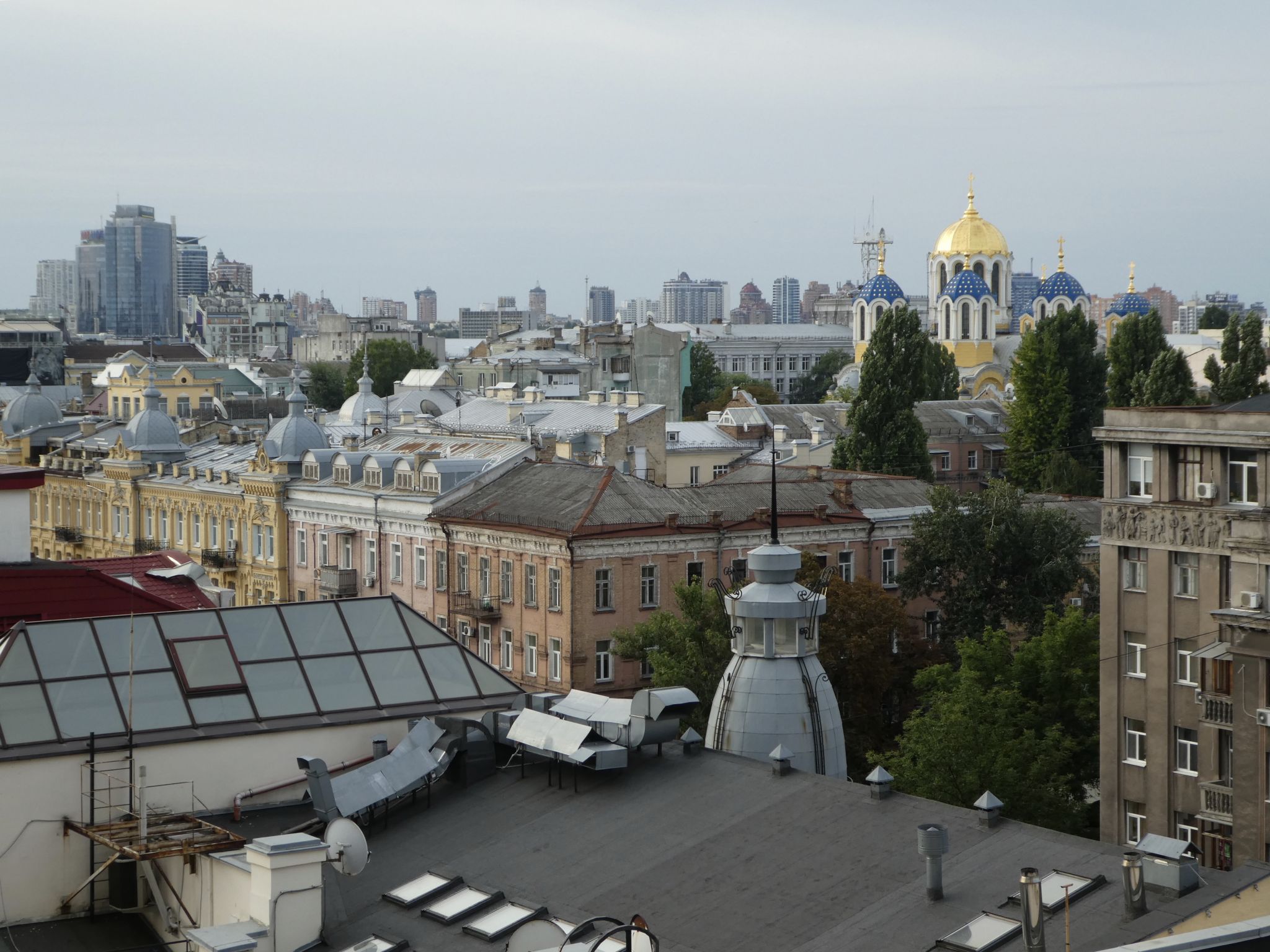 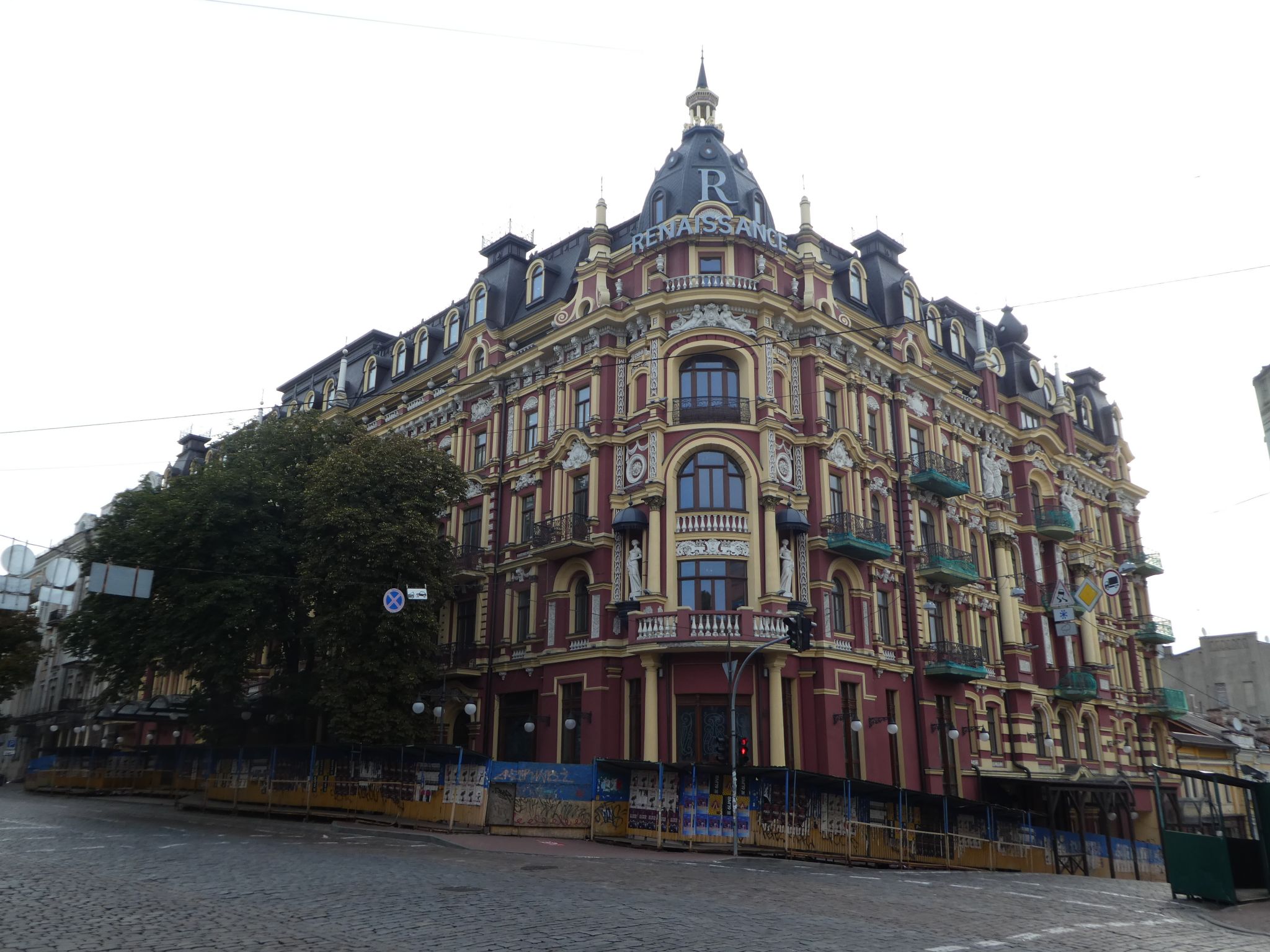 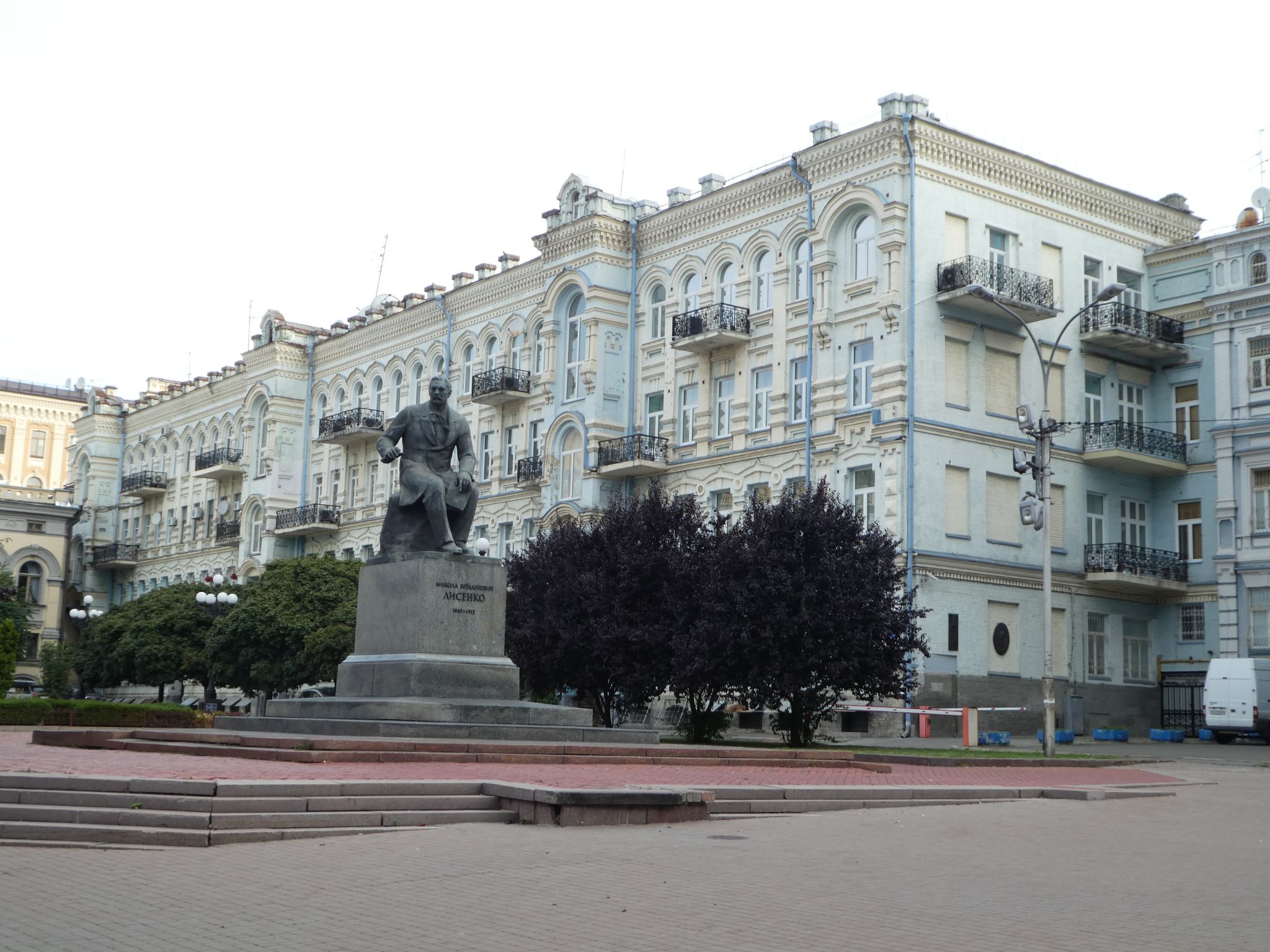 There are some stunning cathedrals and monasteries, like St Andrew’s Church, a five-domed, cross-shaped Baroque beauty whose namesake saint allegedly prophesied a ‘great city’ would rise here when it was just a bare hill. 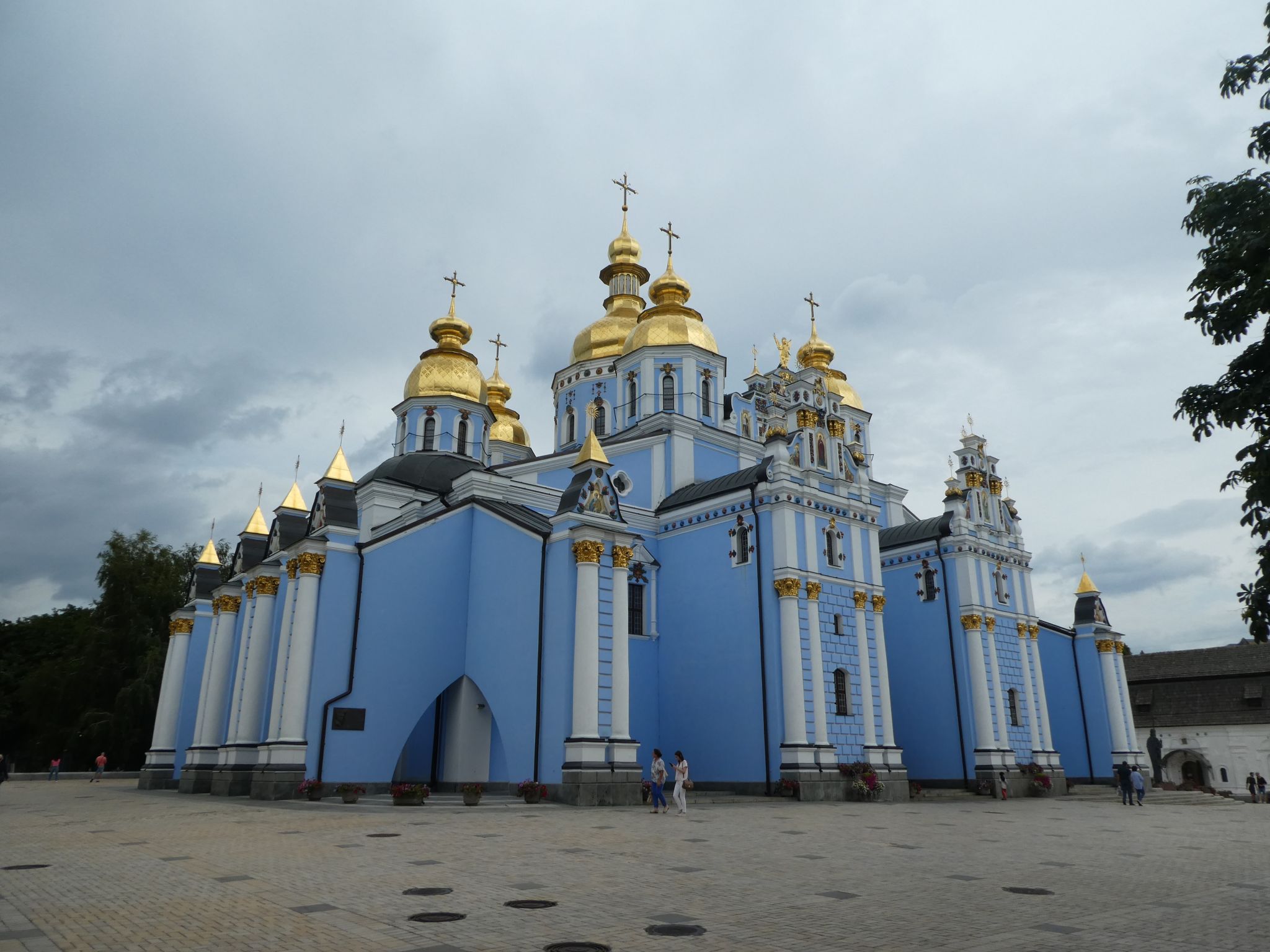 And the Kyevo-Pecherska Lavra monastery complex with a cluster of gold-domed churches and associated buildings filling a 28 hectare site right in town on the banks of the Dnipro River. 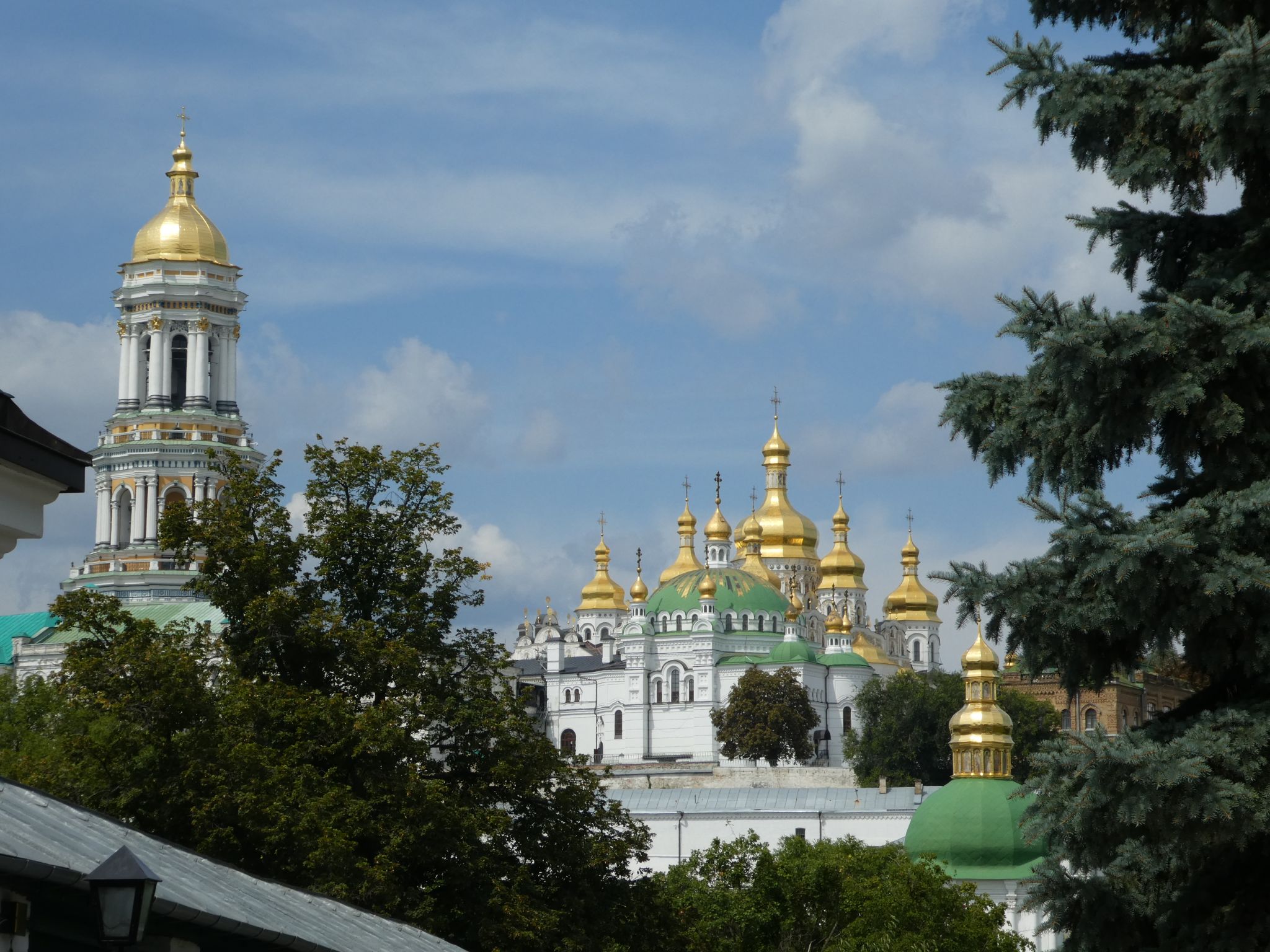 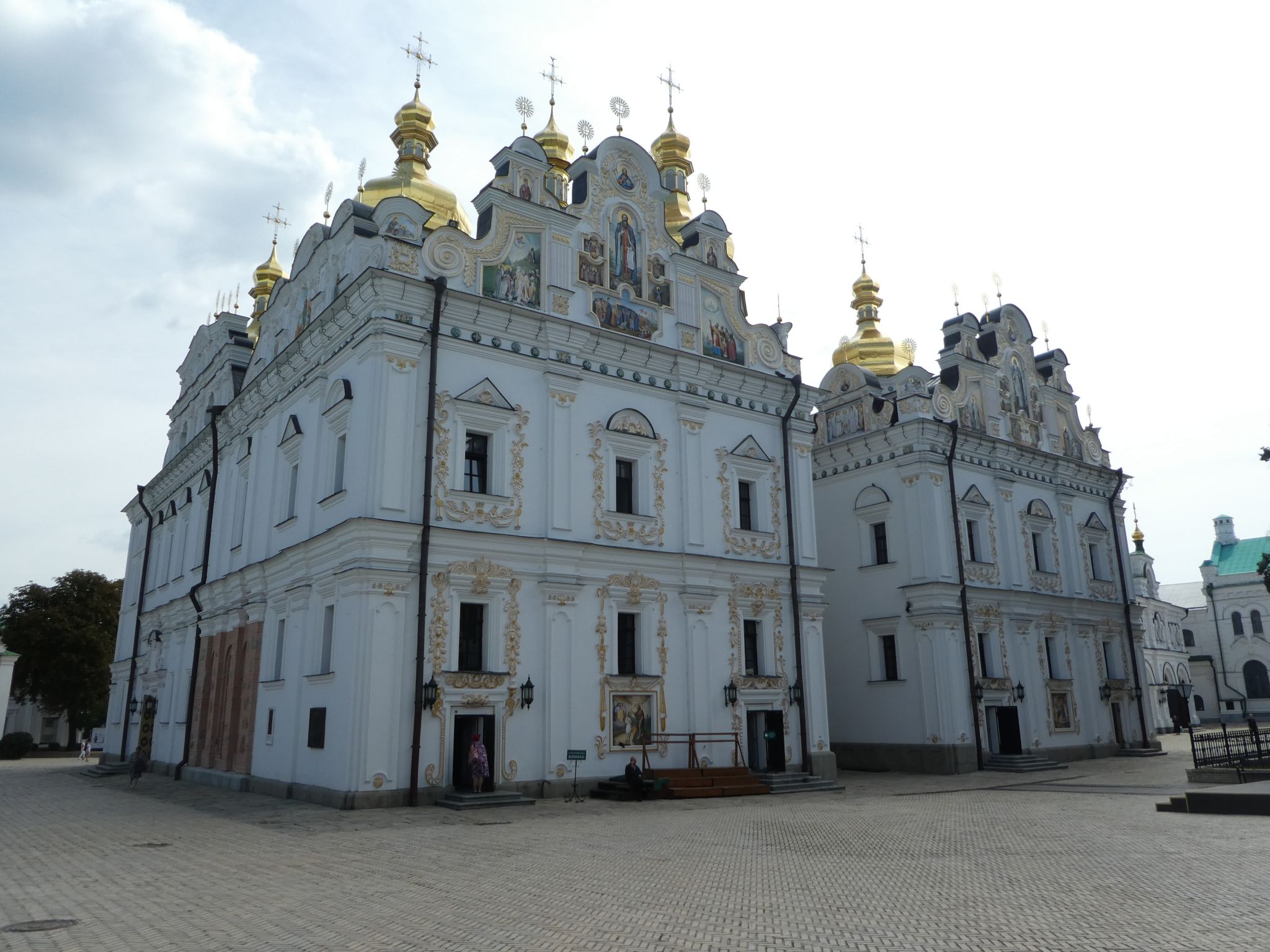 The gold detailing inside is gobsmacking. 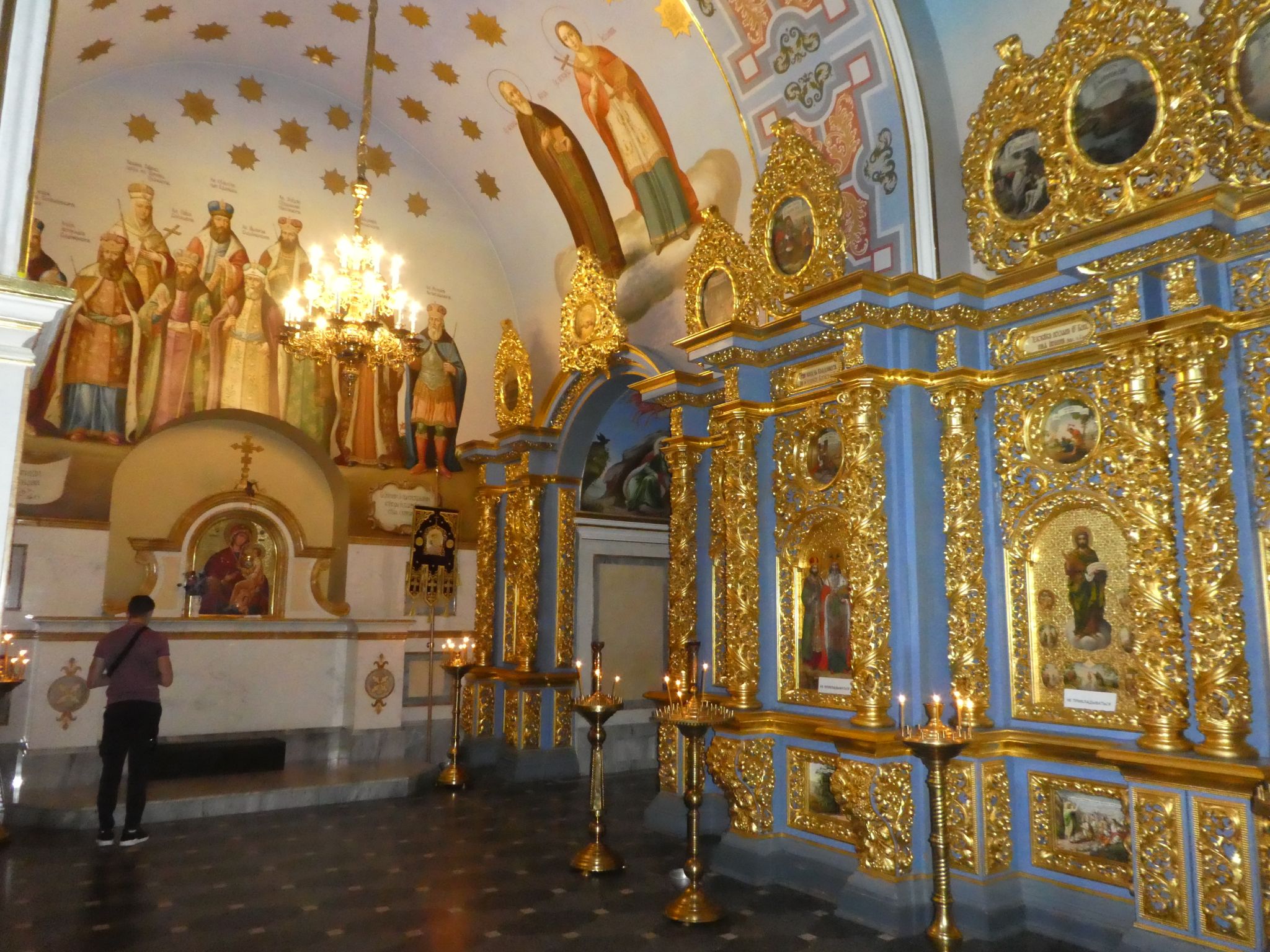 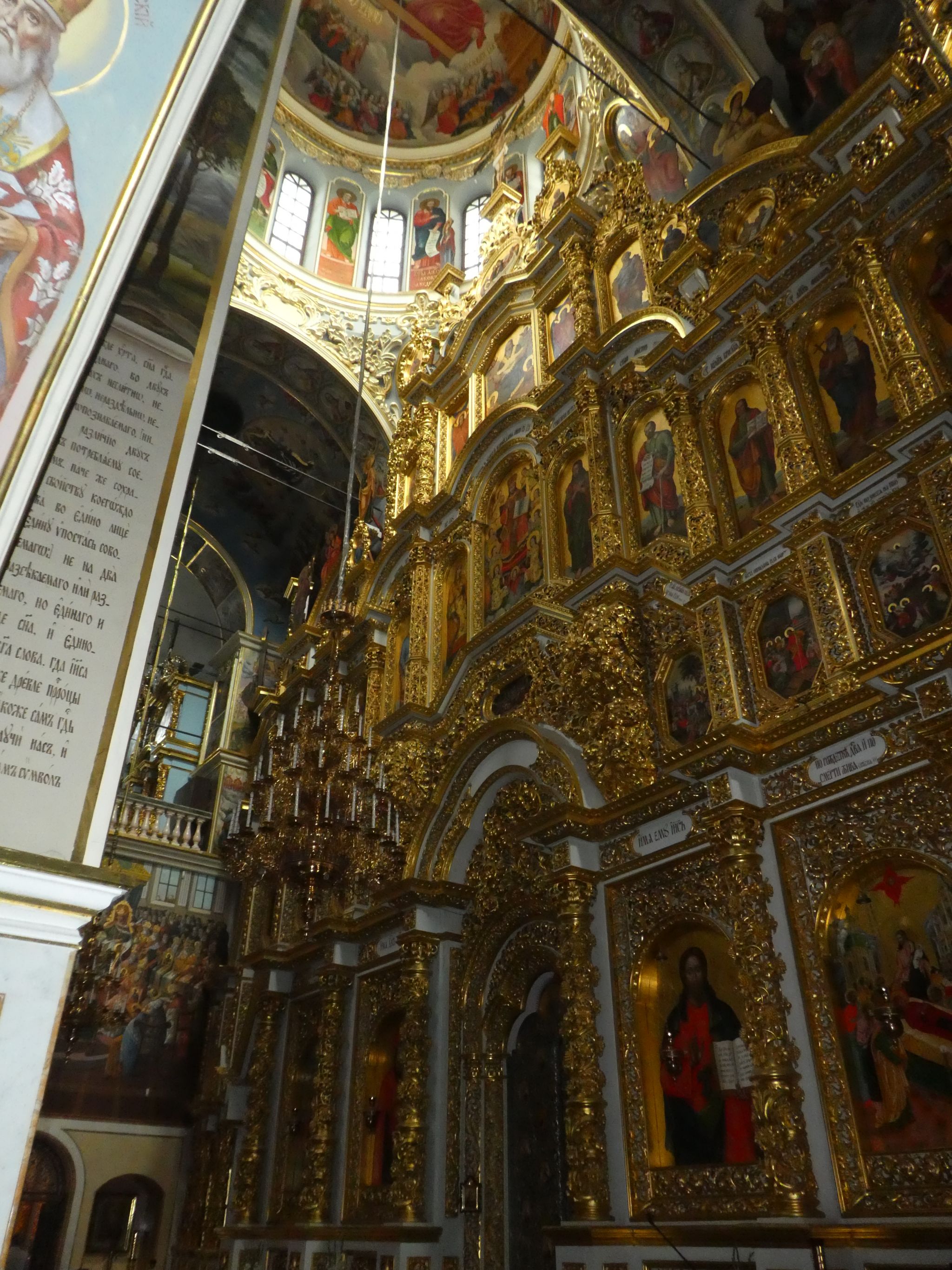 And there’s an underground labyrinth containing the mummified bodies of holy monks.  Pilgrims shuffle through in the dark, kissing the glass cases containing the bodies.  It’s really freakish.  Things got even more freakish when a monk sidled up to John in the dark and started playing with his leg.  Then kicked him out for not wearing long pants.

Nearby is a memorial to the Holodomor, also known as the Famine-Genocide in Ukraine.  In 1932 and 1933, between 4 and 12 million Ukrainians died of starvation.  Some scholars assert the famine was planned by Joseph Stalin to eliminate any Ukrainian independence movement.  Certainly, the famine was caused, worsened and continued by Soviet policies.  Farmers were required to give so much of their crops that nothing was left for personal survival, any other household foodstuffs were confiscated, and population movement was banned even when whole areas were starving.  The famine was concealed from international attention, and offers of external aid were rejected. 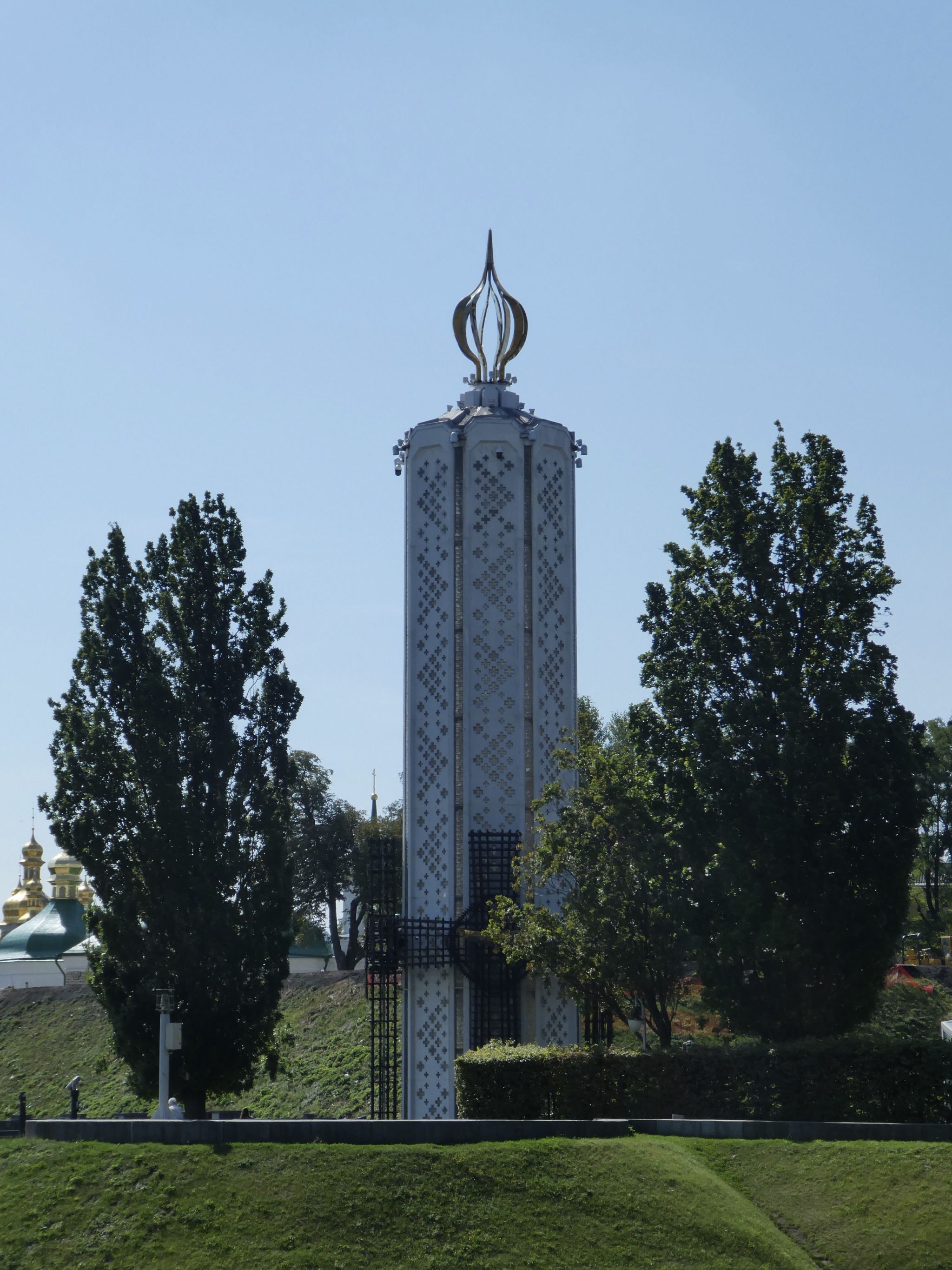 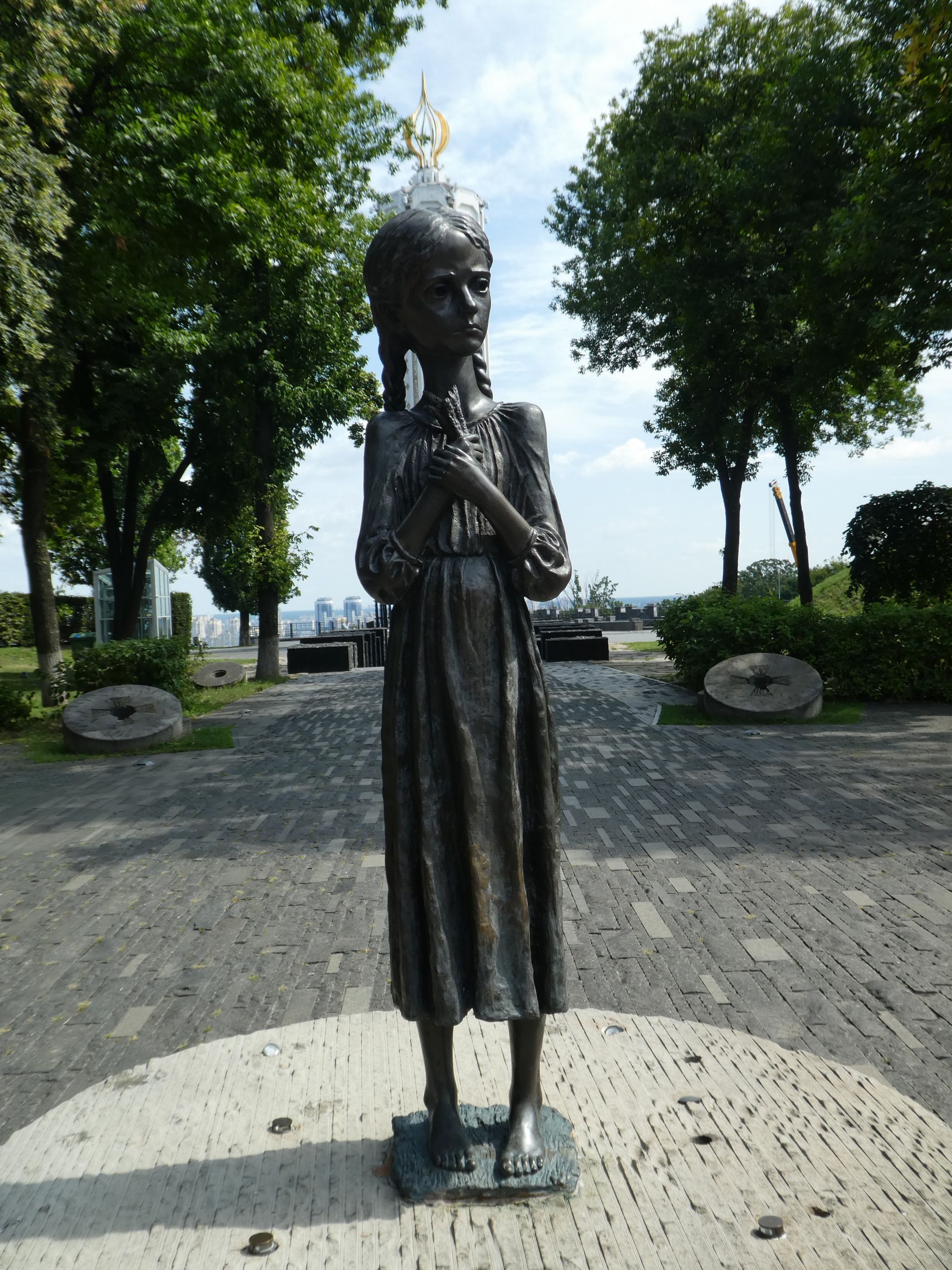 There is a bronze memorial for just about every significant event, army regiment, national hero etc.  These are often just randomly placed in small parks or traffic islands.  Unfortunately, mostly being in Cyrillic, we were unable to work out what they were for. 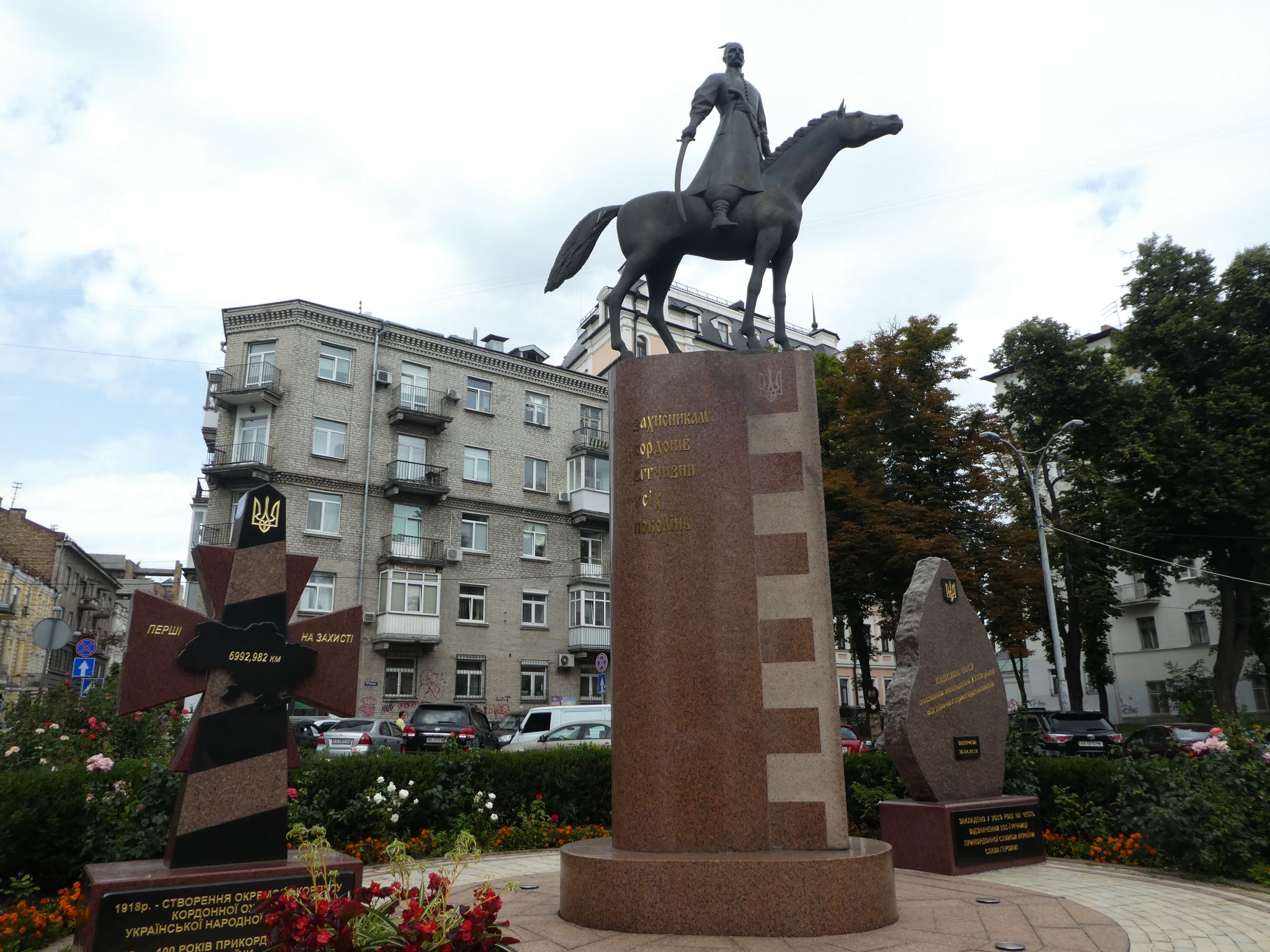 There were also some light hearted ones.  We couldn’t work out why this gentleman had a scorpion crawling on his derrière, but local tourists seemed to recognise it.

The emotional heart of the city is Maidan Nezalezhnosti.  It was the site of pro-independence protests in the 1990s and the Orange Revolution in 2004.  In the winter of 2013-14, thousands occupied the square for months in the Revolution of Dignity.  The protests were sparked by President Victor Yanukovych’s decision not to proceed with an accession agreement, the first step toward Ukraine entering the EU.  More broadly, participants were protesting Yanukovych’s pro-Russian stance and his regime’s repression of personal freedoms.

More than 70 protestors were killed and there was outrage at the heavy handed tactics used by police.  Parliament voted to impeach Yanukovych, who fled to Russia.   A moving outdoor display documents the events.  A permanent exhibition space is being planned. 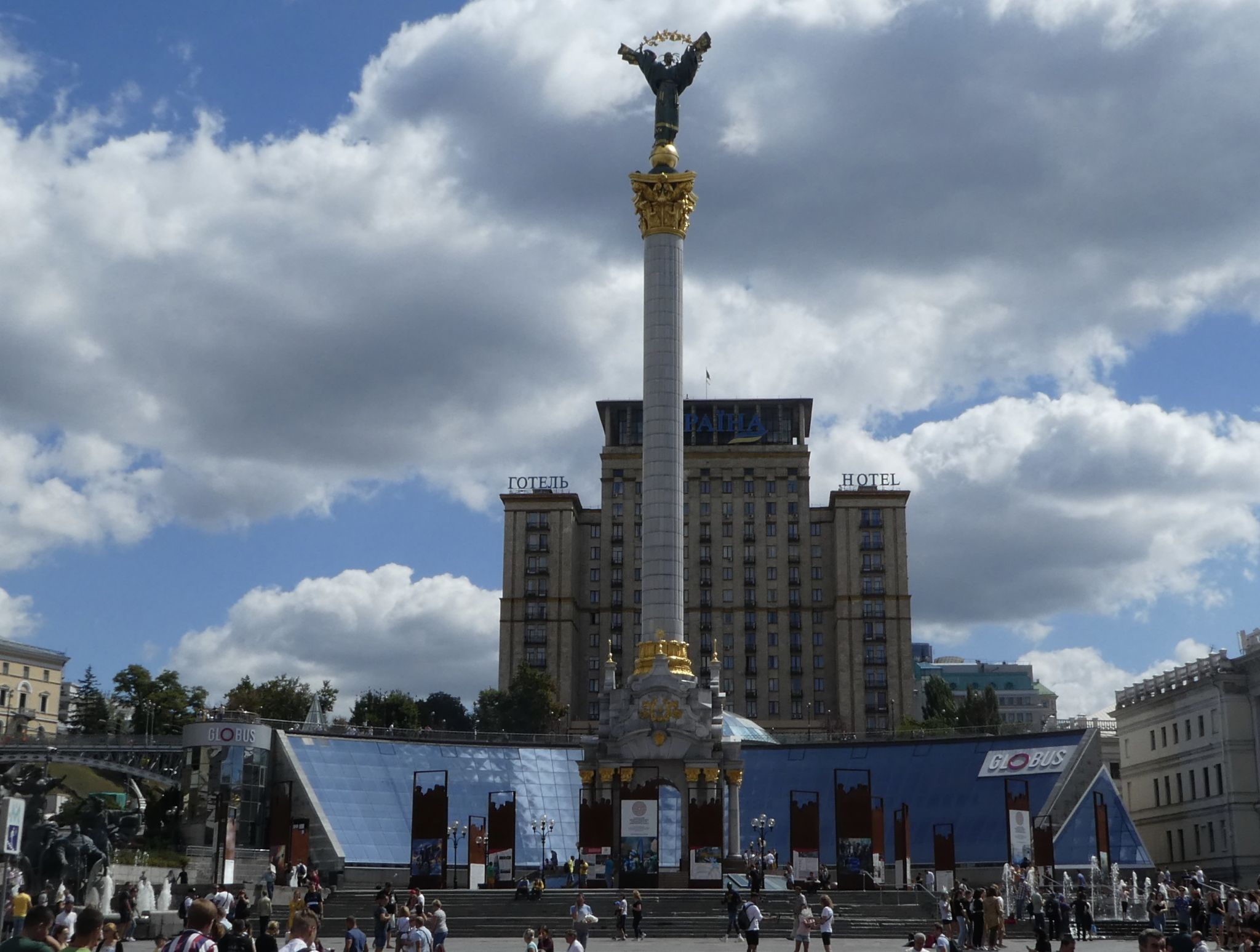 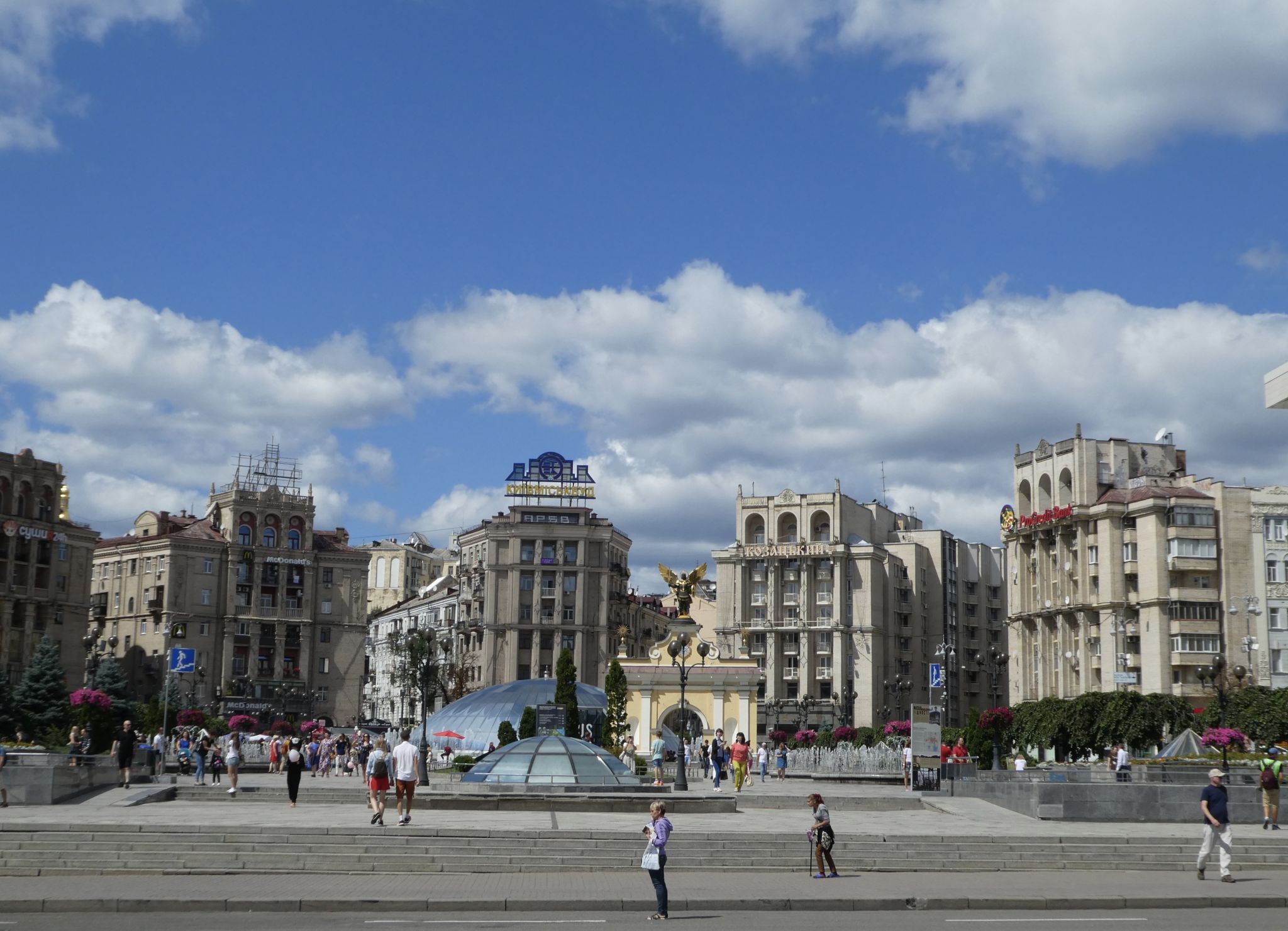 Post script: In January 2019 Yanukovych was convicted in absentia of treason and abetting Russian aggression against Ukraine.  He was sentenced to 13 years imprisonment, although it seems unlikely he will come back to serve his term any time soon.

He has also been accused of embezzling more than $70 billion in state assets and transferring the funds to foreign bank accounts.  Yanukovych denies this.  Either way, his former estate just outside Kiev is seen as a symbol of his use of state money for personal purposes.

Mezhyhirya is a sprawling 140 hectare property including a marina, golf course, helicopter pad, shooting range, ostrich farm and equestrian facility.  And of course, an opulent mansion.  Since his departure, the grounds have been open as a park and the house is now a museum. 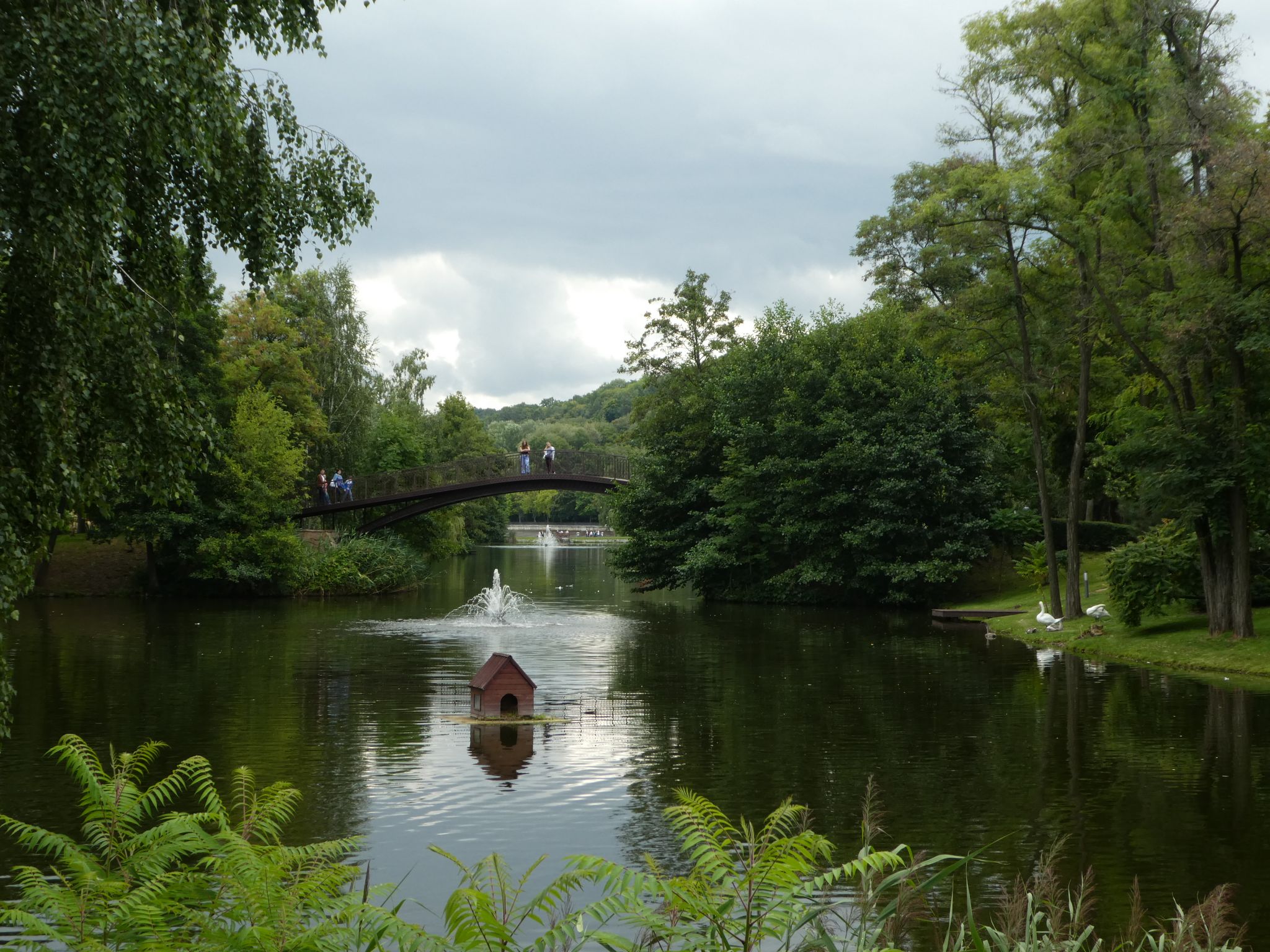 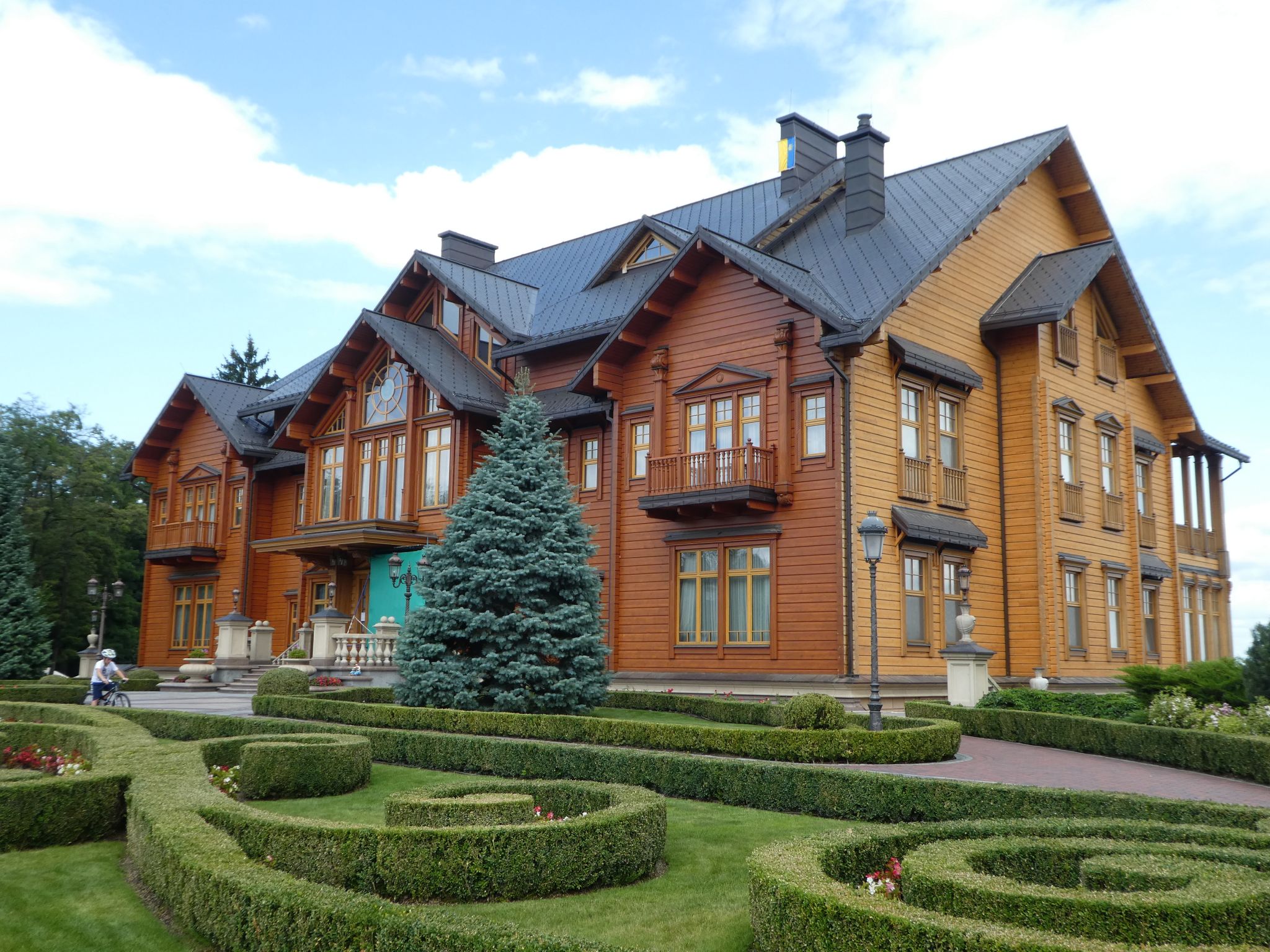 You might expect locals to view it as a place worthy of disdain or outrage, but actually it’s become very popular for wedding photos.  On the day we visited we saw dozens of bridal parties.  Go, figure.

There are plenty of markets selling babushka dolls, pysanky (traditional painted wooden eggs), and motanky (tiny traditional rag dolls).  Use of communist symbols is banned in Ukraine, so you won’t see souvenirs like Red Star army caps or hammer-and-sickle watches.  But anyone who’d like to wipe that smirk off Vladimir Putin’s face, can indulge their fantasies with some of this. 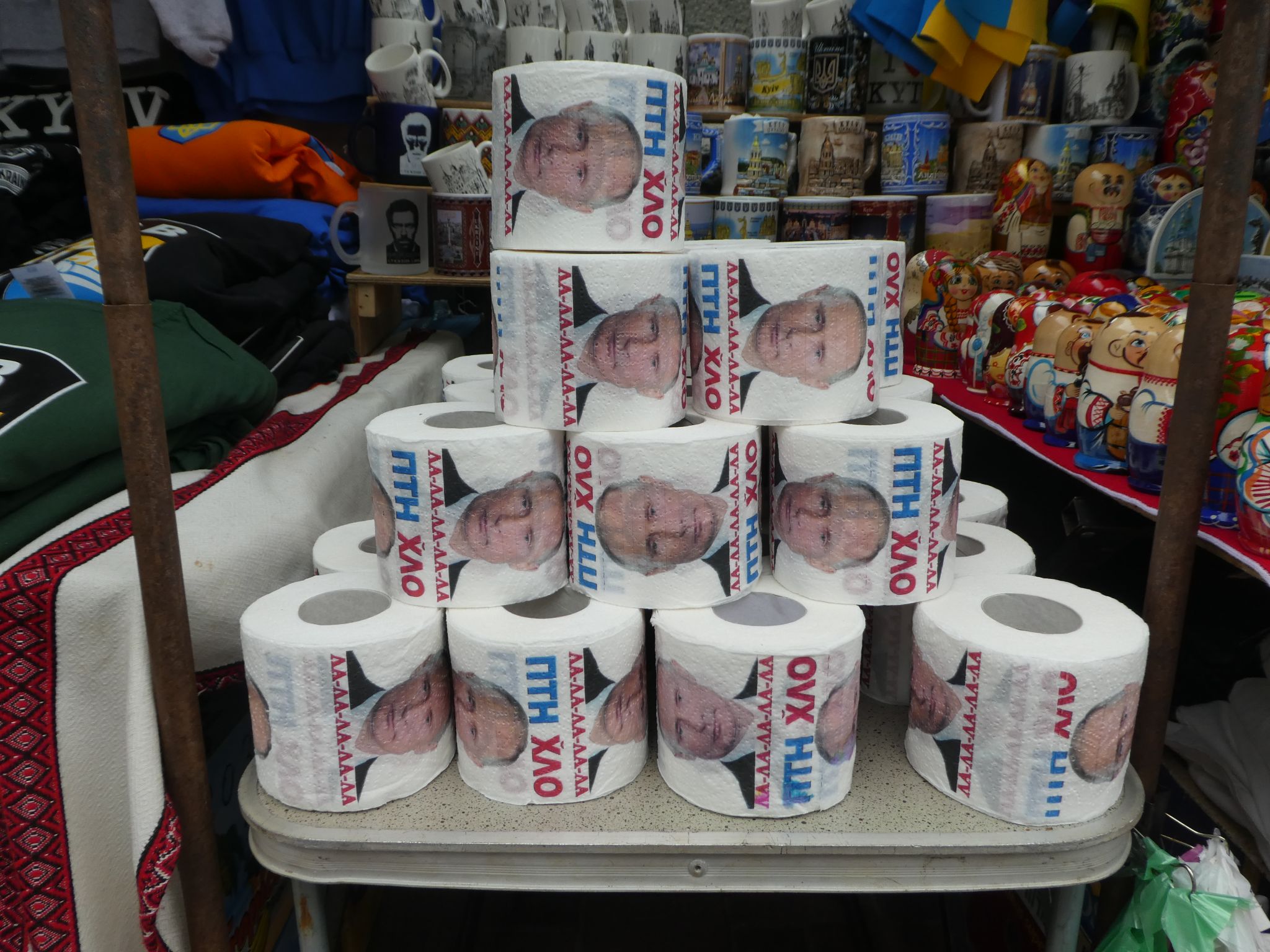 The food is Kiev was a surprise, too.  There are quite a few restaurants serving Georgian cuisine, which we’d never heard of but was exceptionally tasty.  Just remember – Chicken Kiev is not a traditional Ukrainian dish.  It’s origins are unclear, but most likely it’s an American invention.  You won’t find it in any reputable restaurant here!

And there’s loads of great street art.  So much, it’s worthy of a post of it’s own.  Coming next.