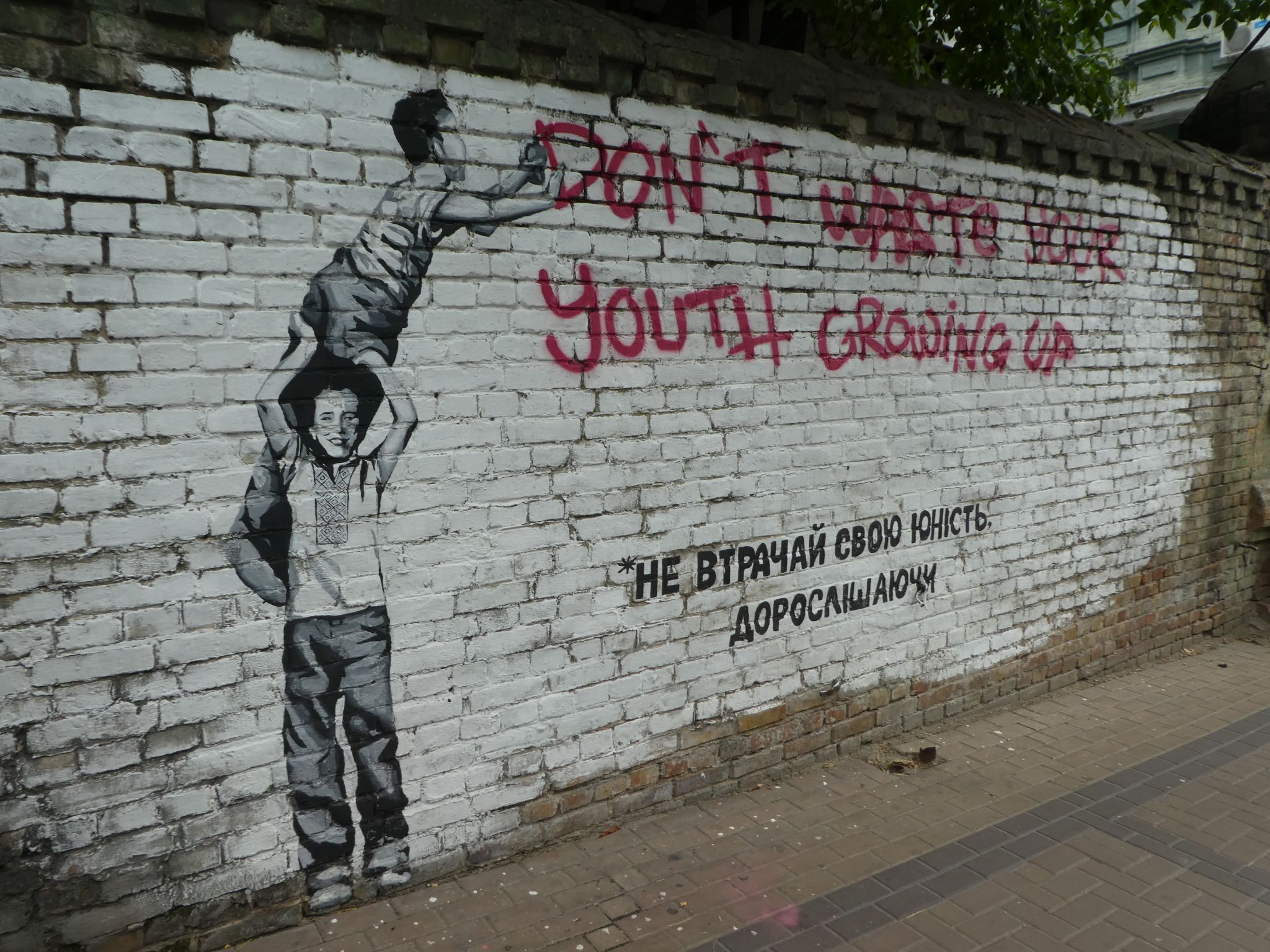 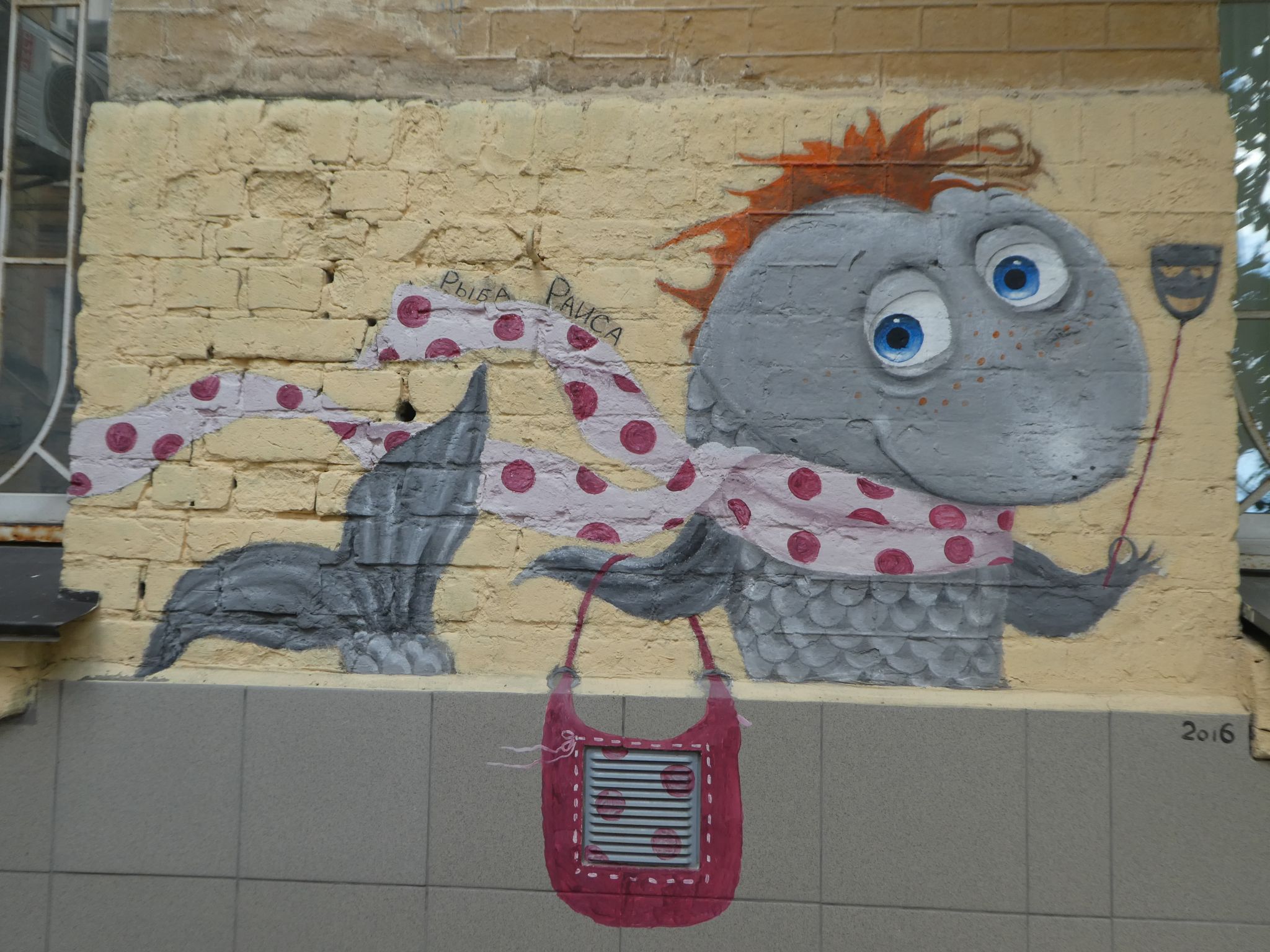 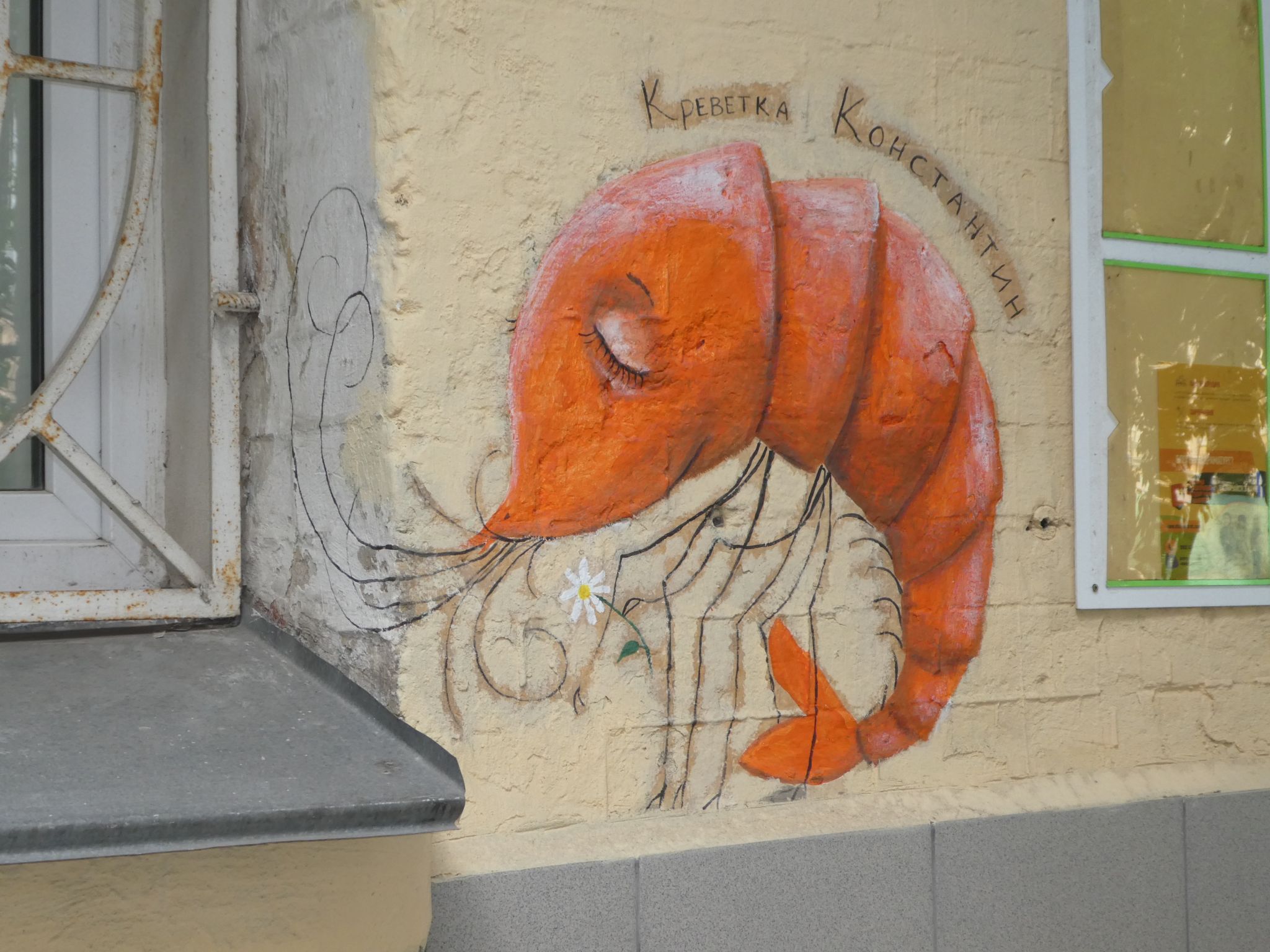 And, ok, it’s not really street art, but we had to mention the sculptures in and around Peyzazhna Alley. 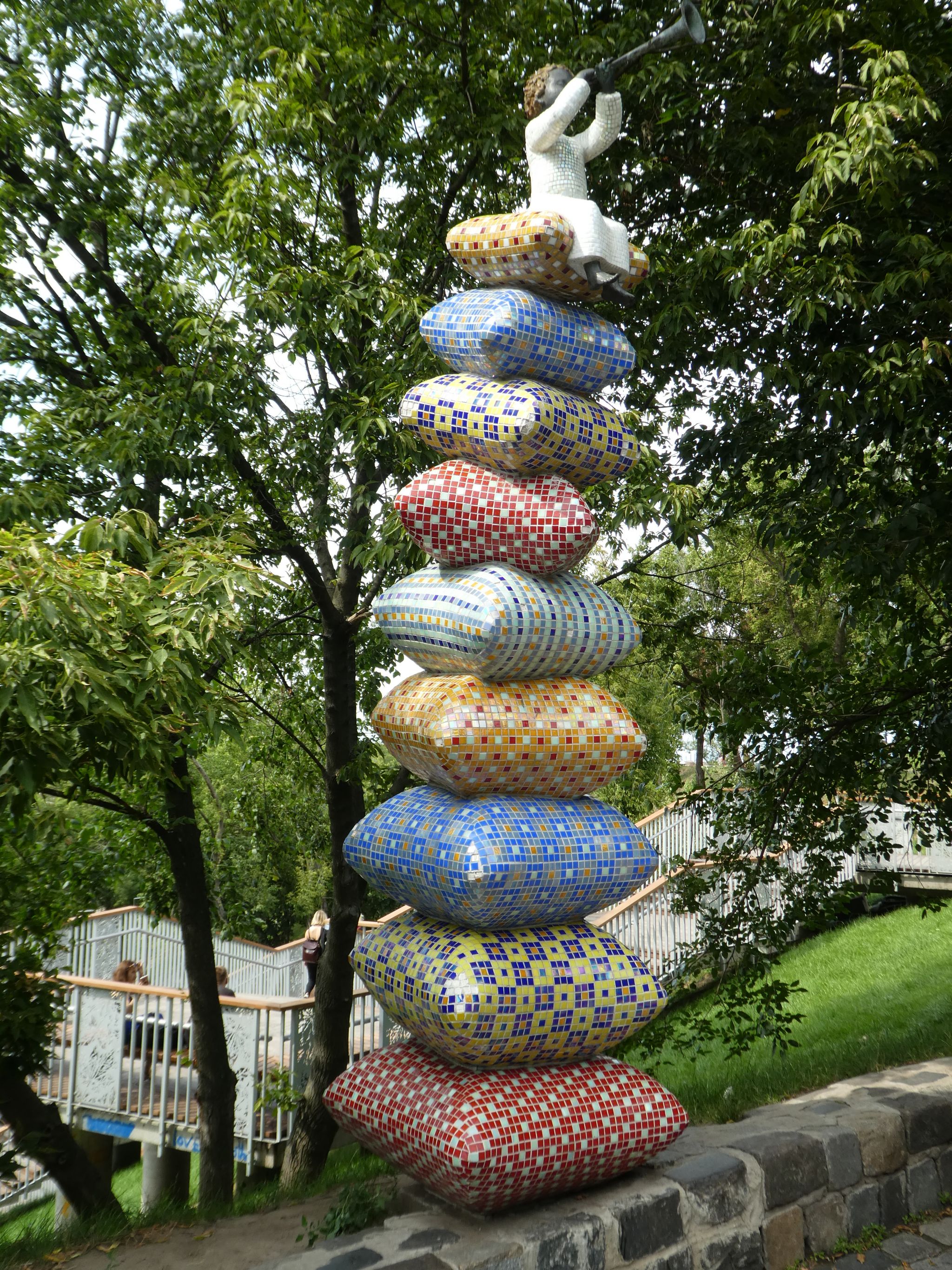 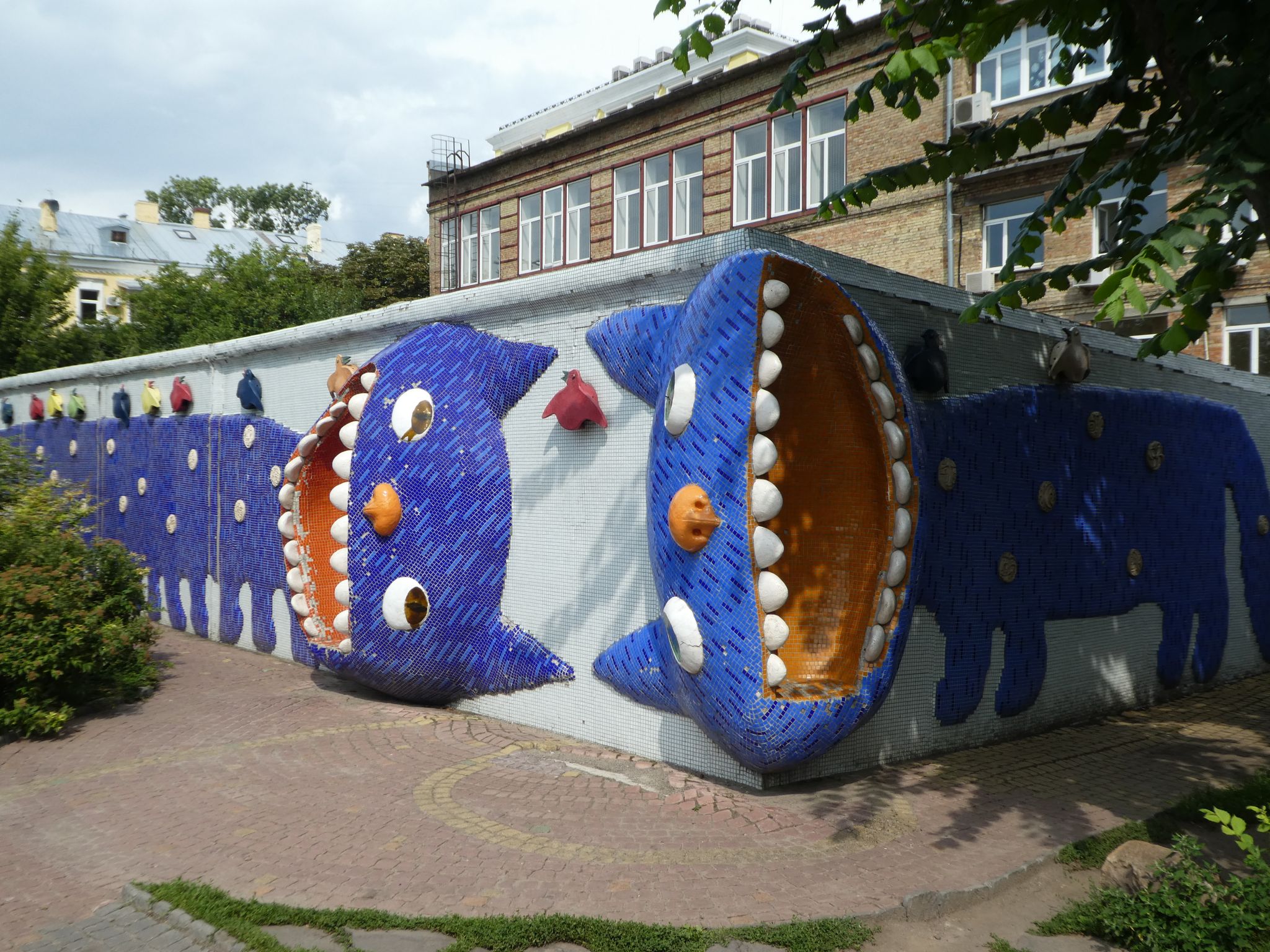 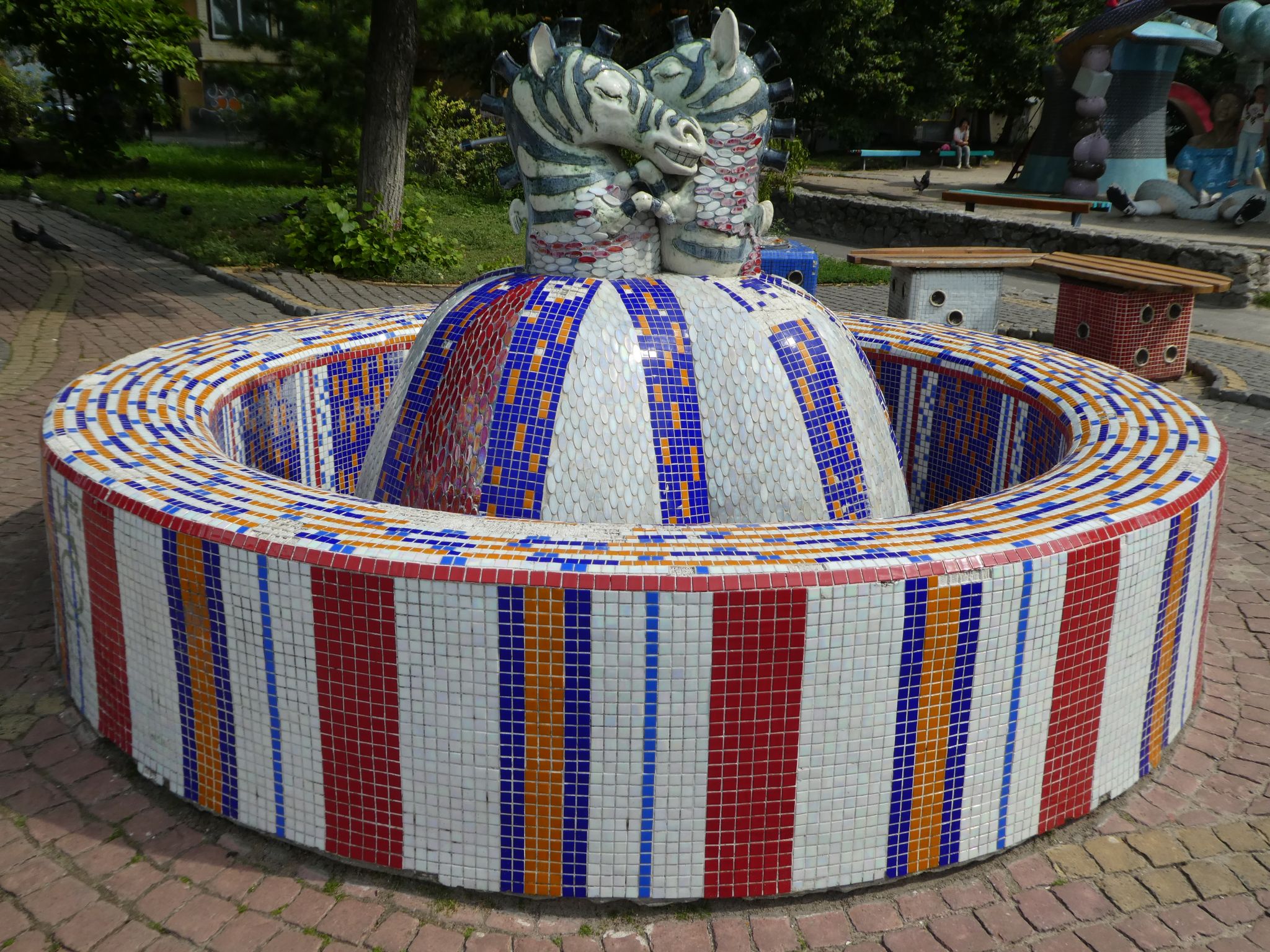 We thought this one, called Peeing Colours, was really clever. 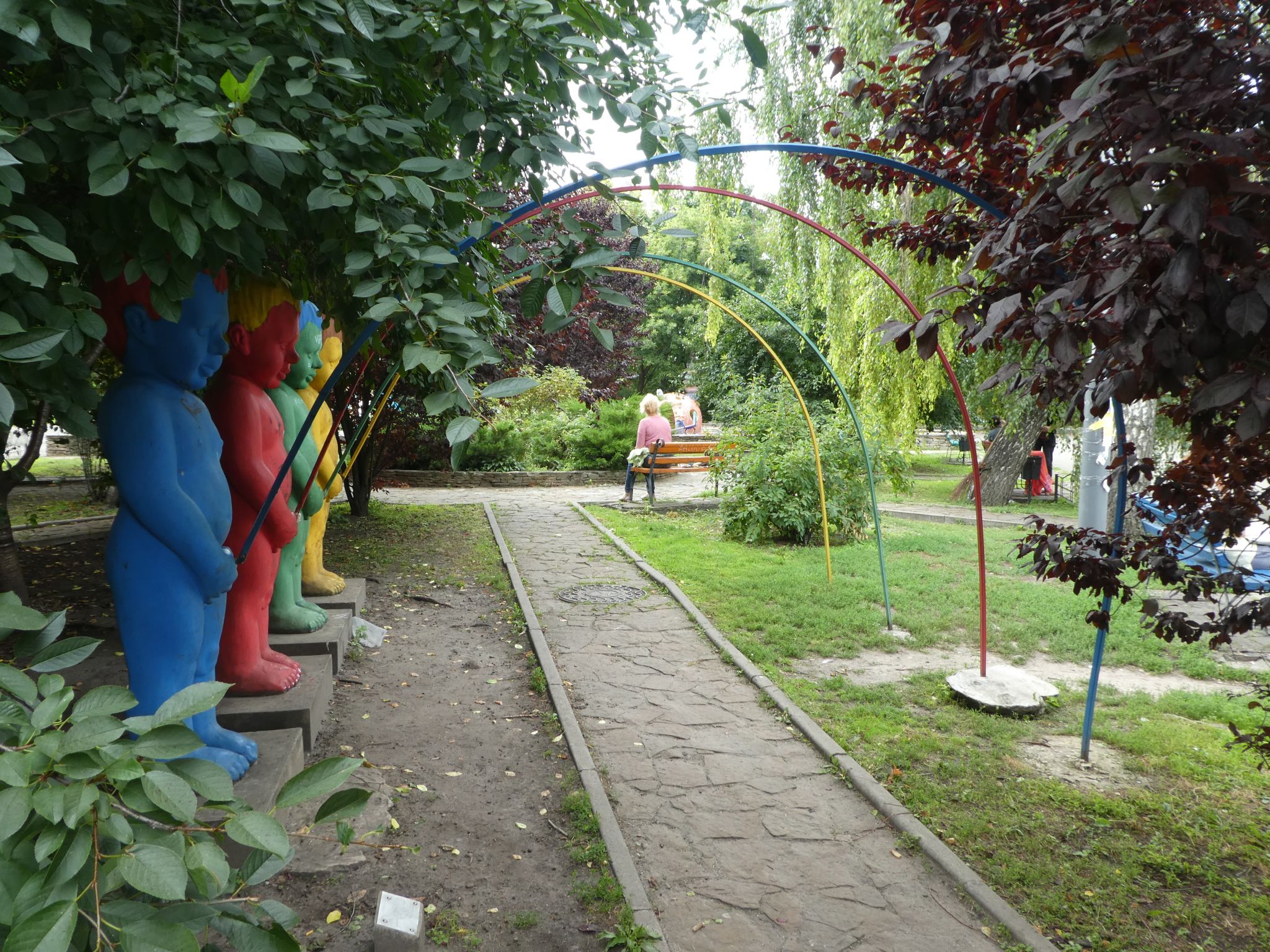 But most of all, Kiev is becoming internationally renowned as a street art hub due to the creation of over 150 massive murals on building facades and laneways since 2014.

You would need weeks to hunt them all down.  In fact, one of the endearing things about them is that they are not just in the city centre, but scattered all over the suburbs where, frankly, some of the tower block streetscapes really need some beautification.

We managed to track down a couple of dozen.  Here’s some of our favourites. 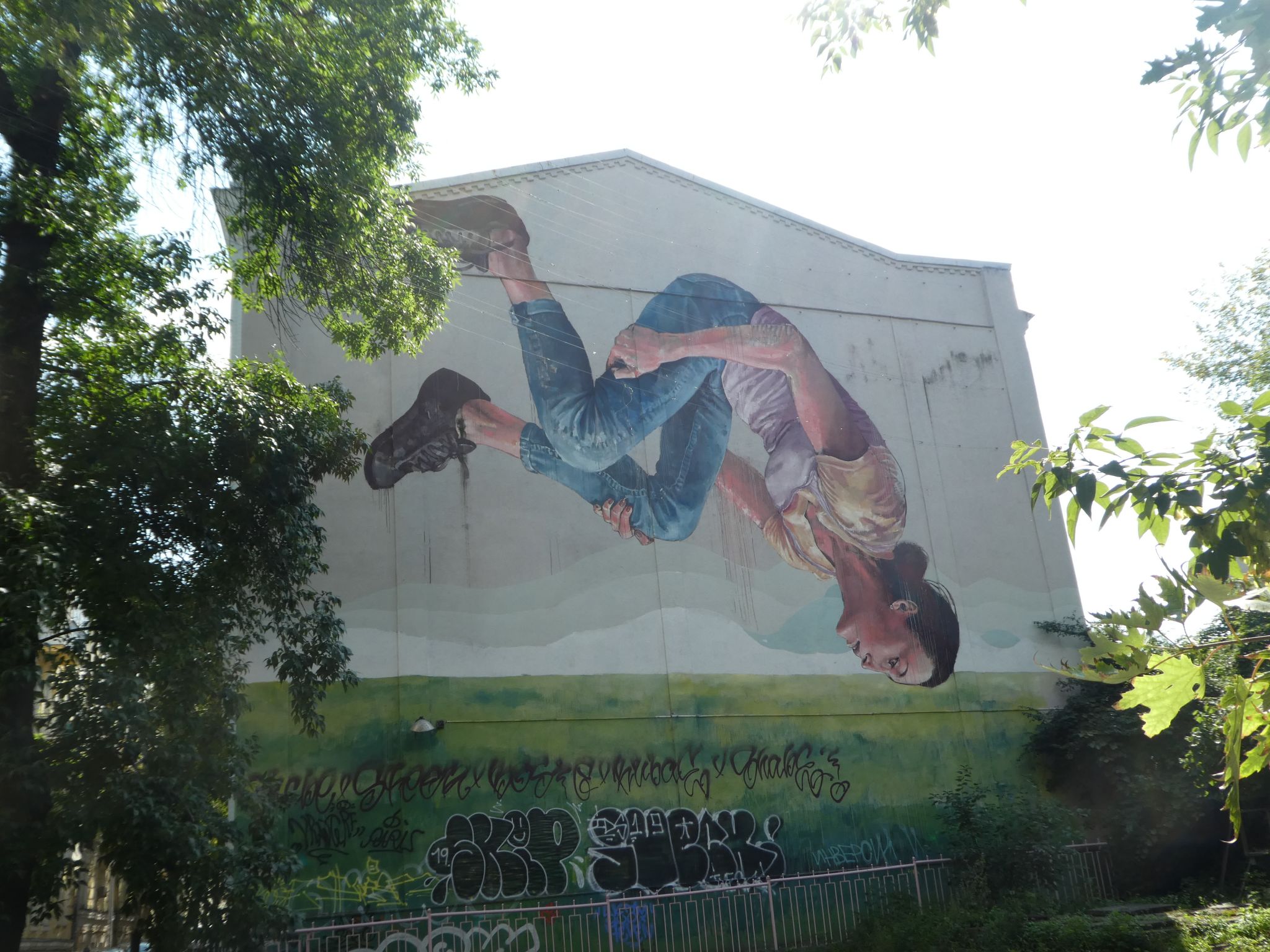 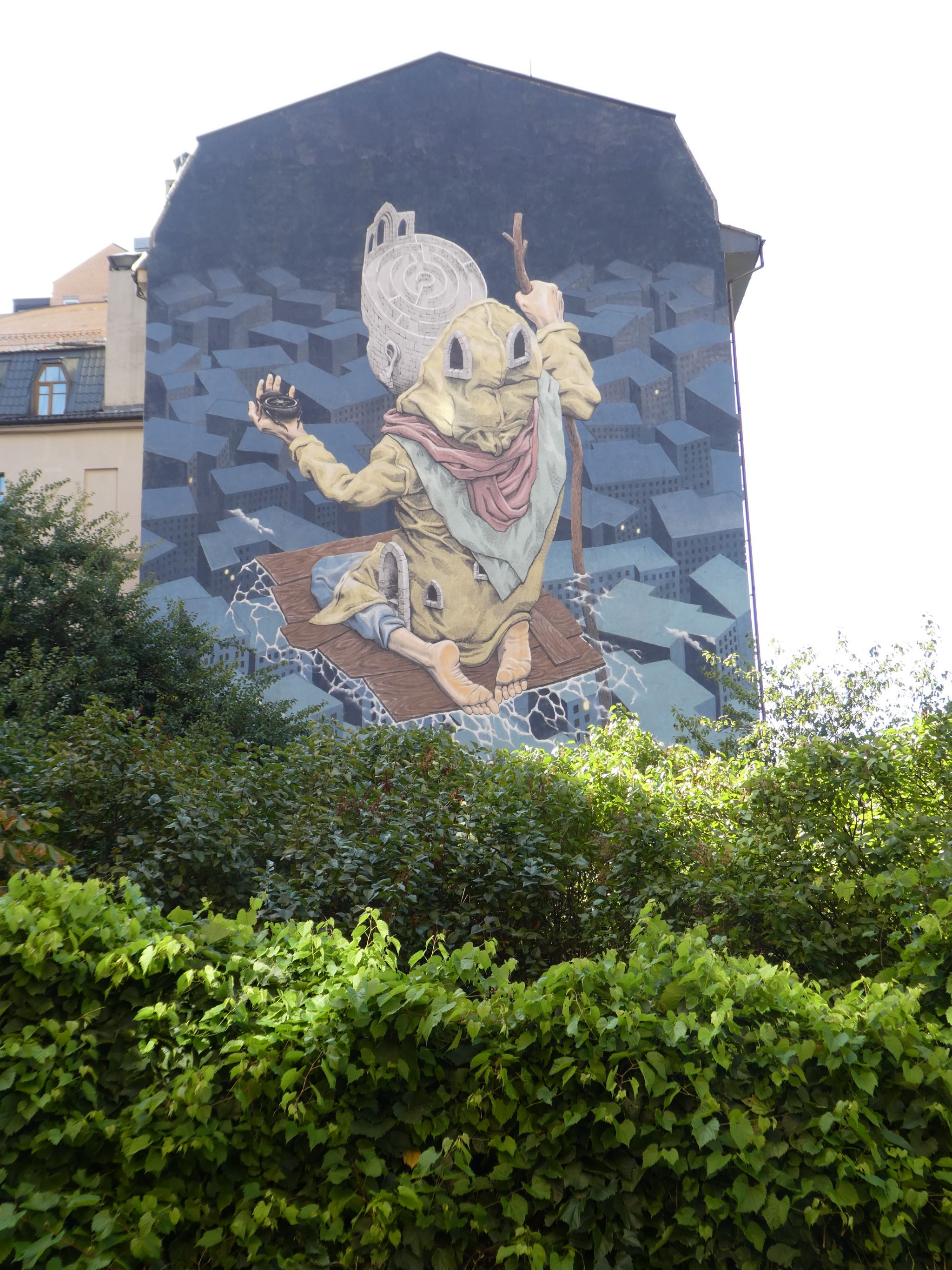 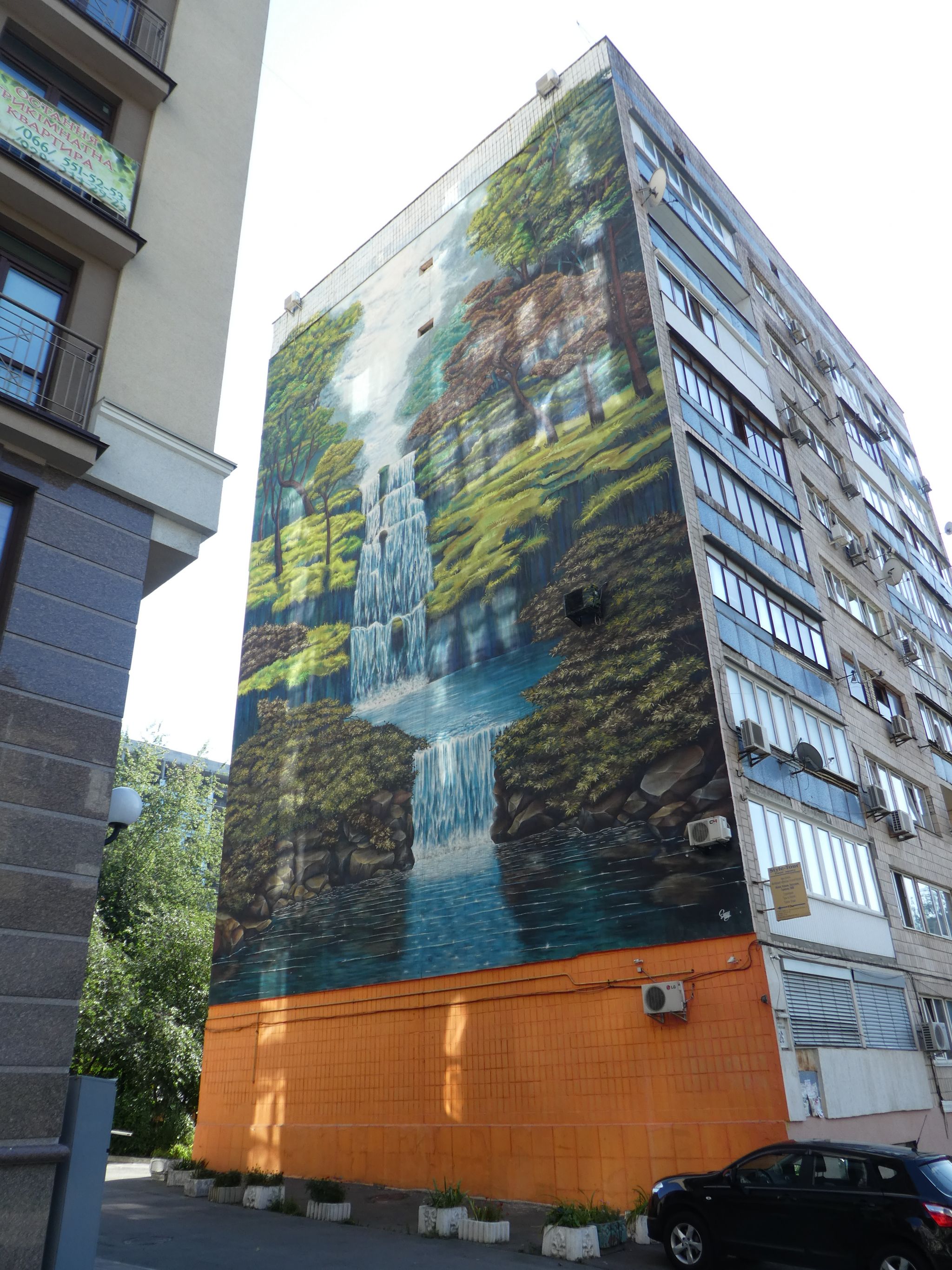 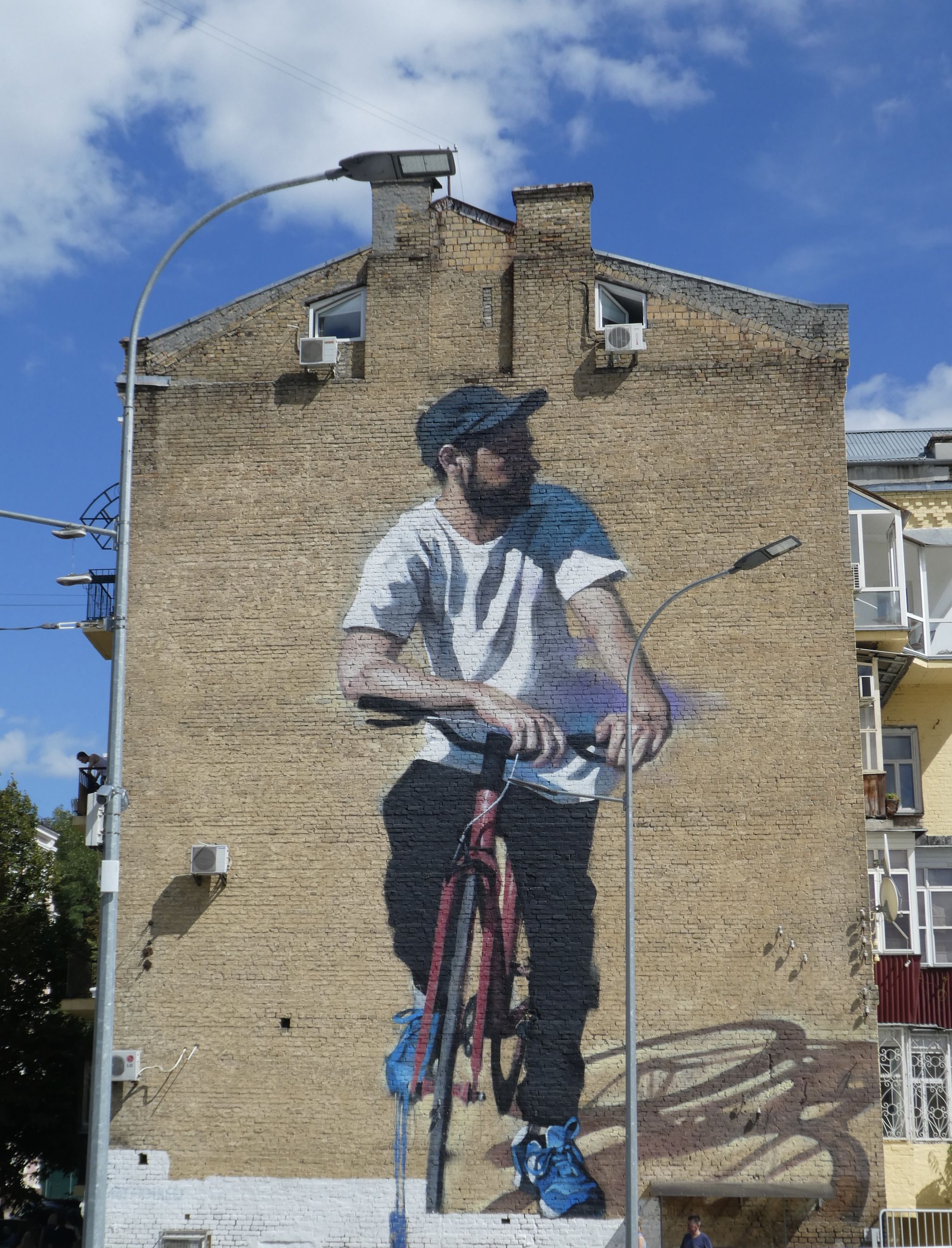 Some had a traditional flavour. 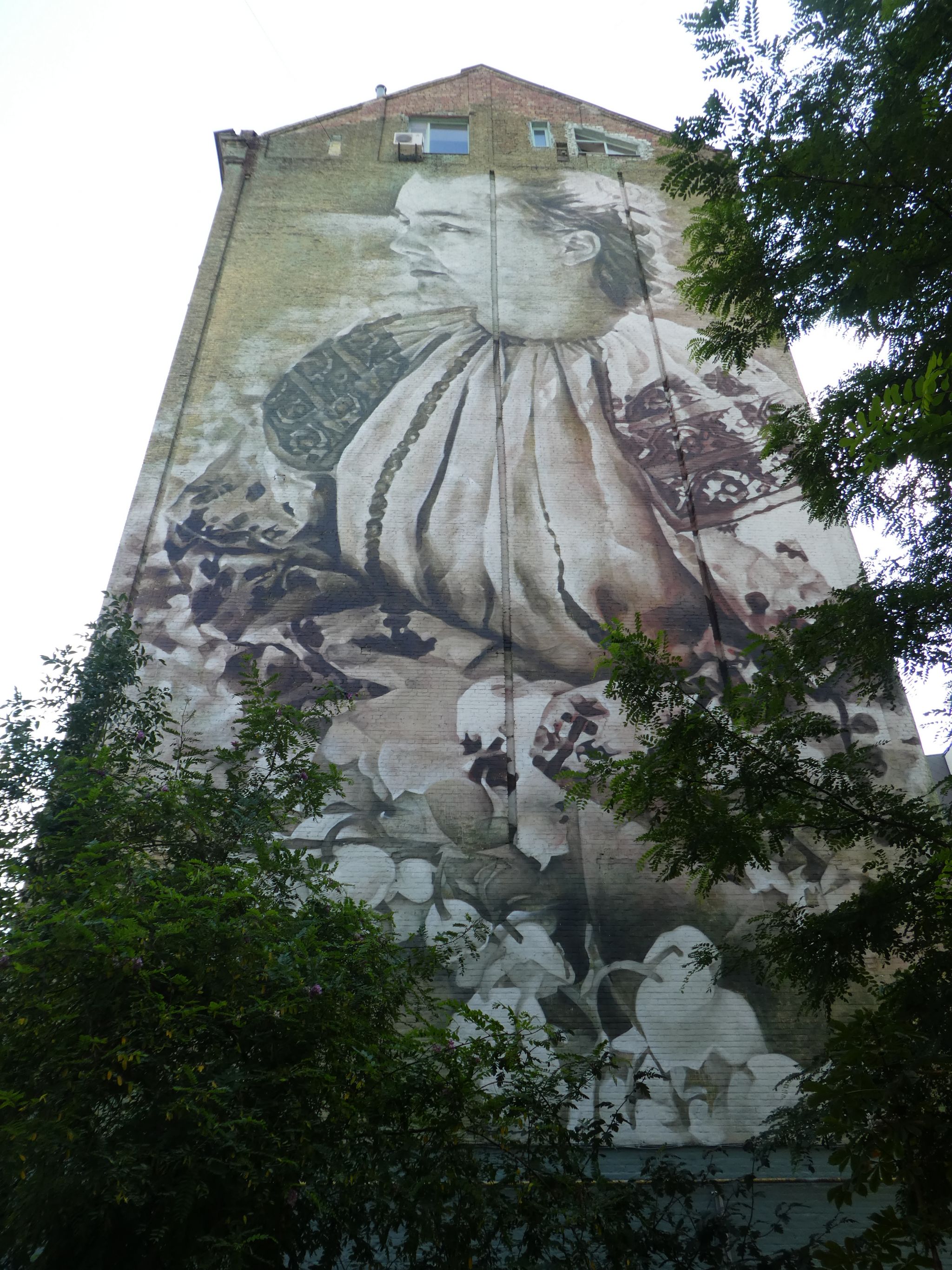 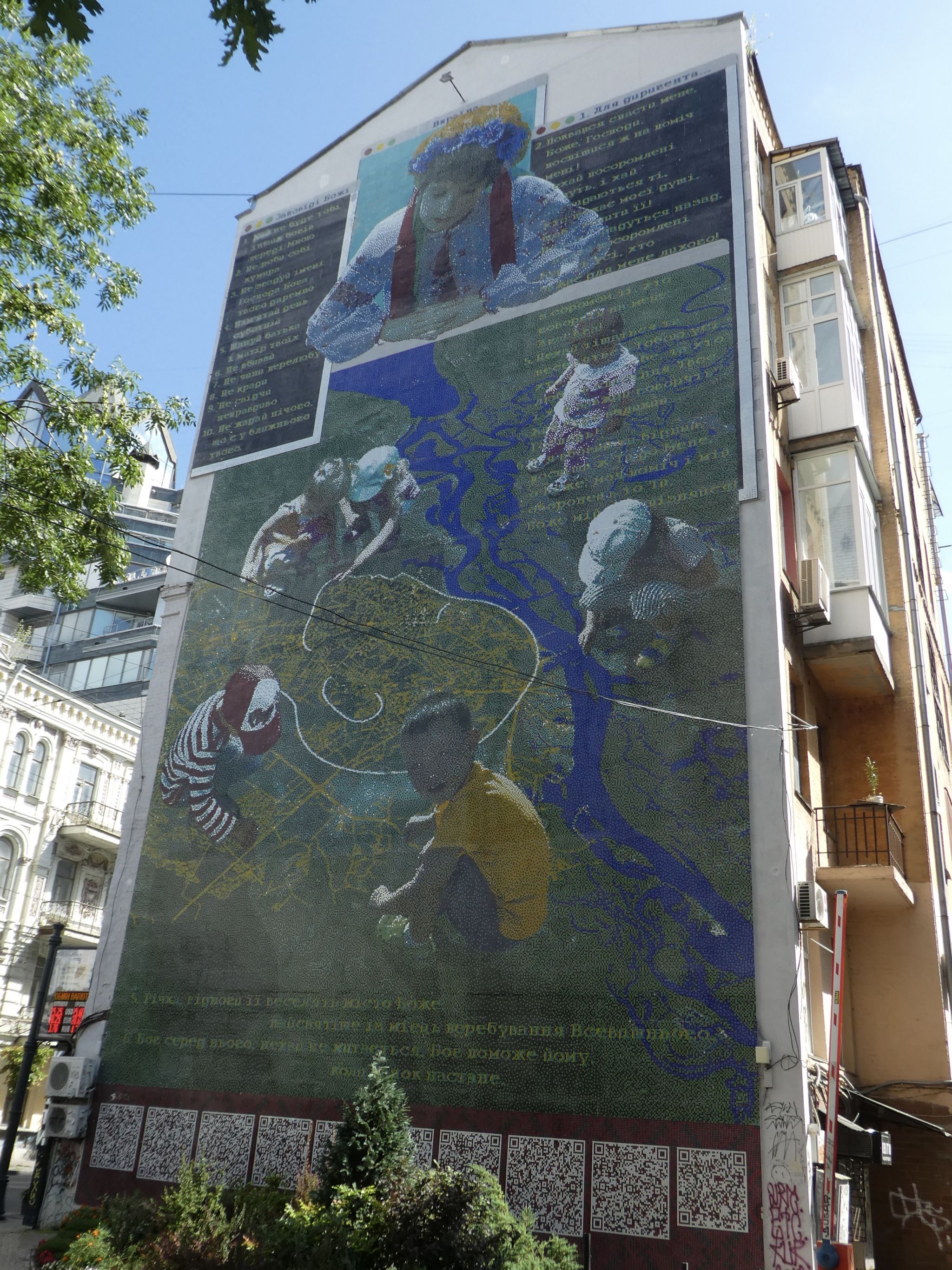 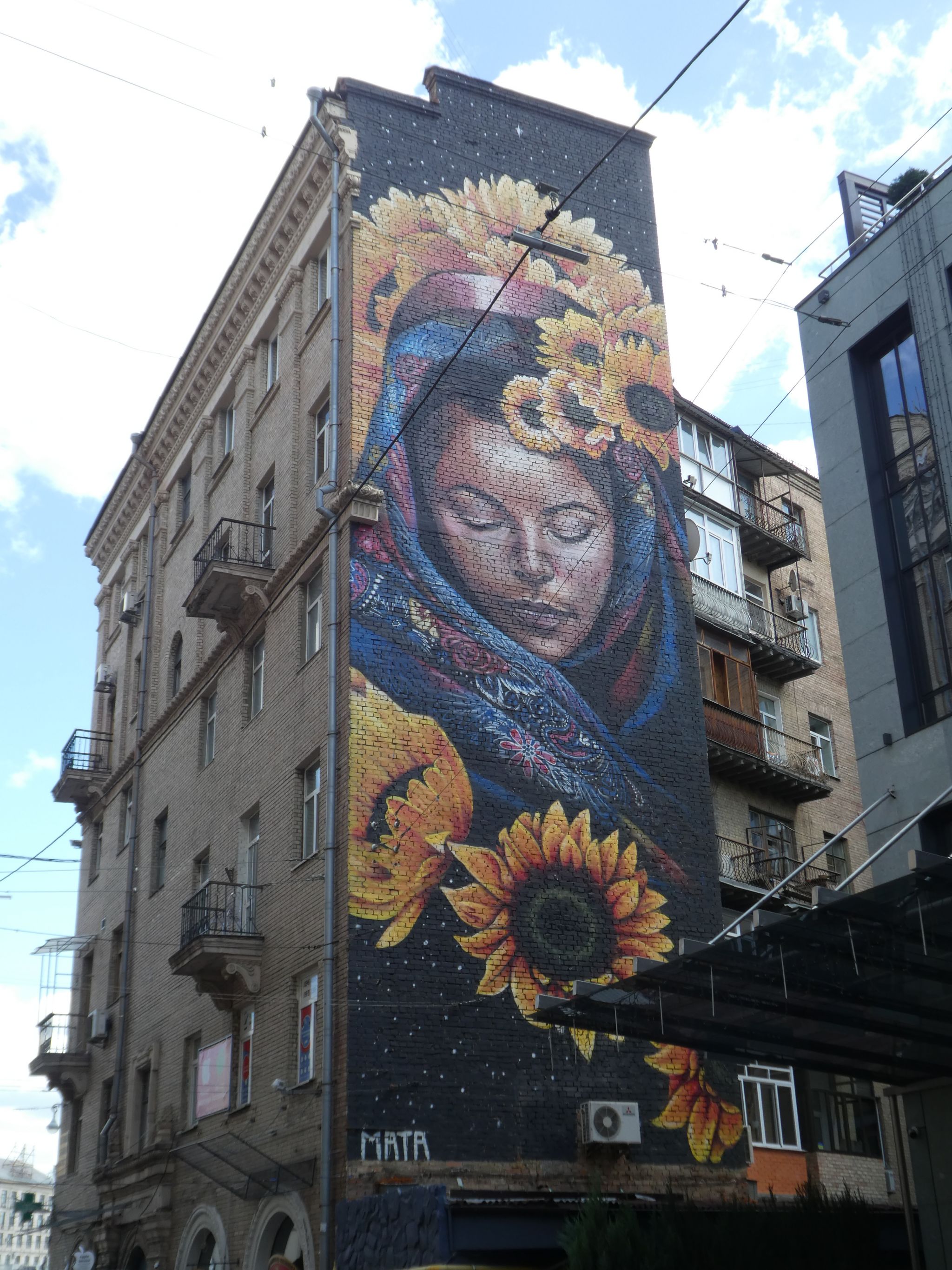 There were several in a park, which wrapped around their buildings almost like 3D art. 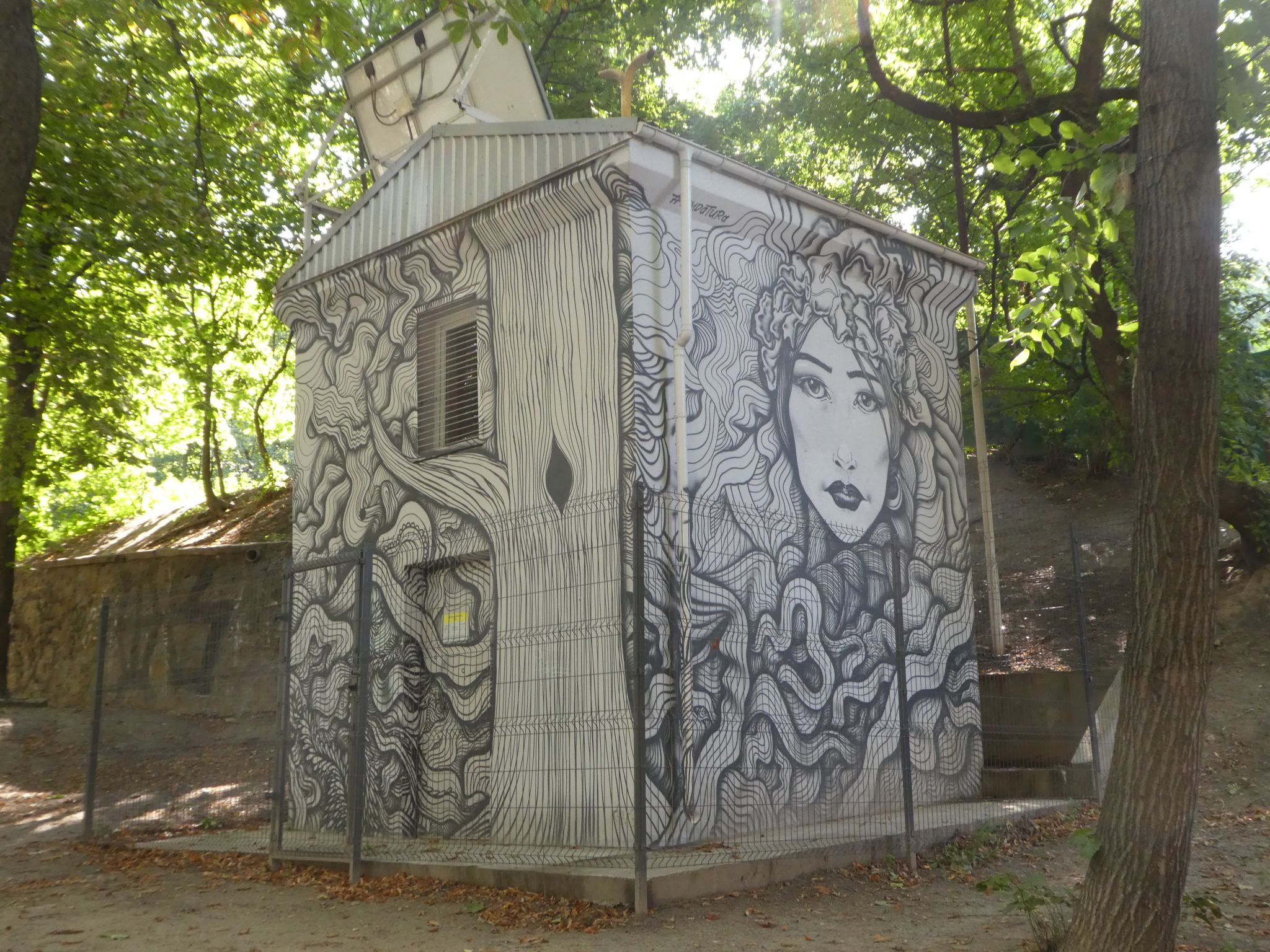 This rather bizarre one is apparently a modern take on the story of St George slaying the dragon. 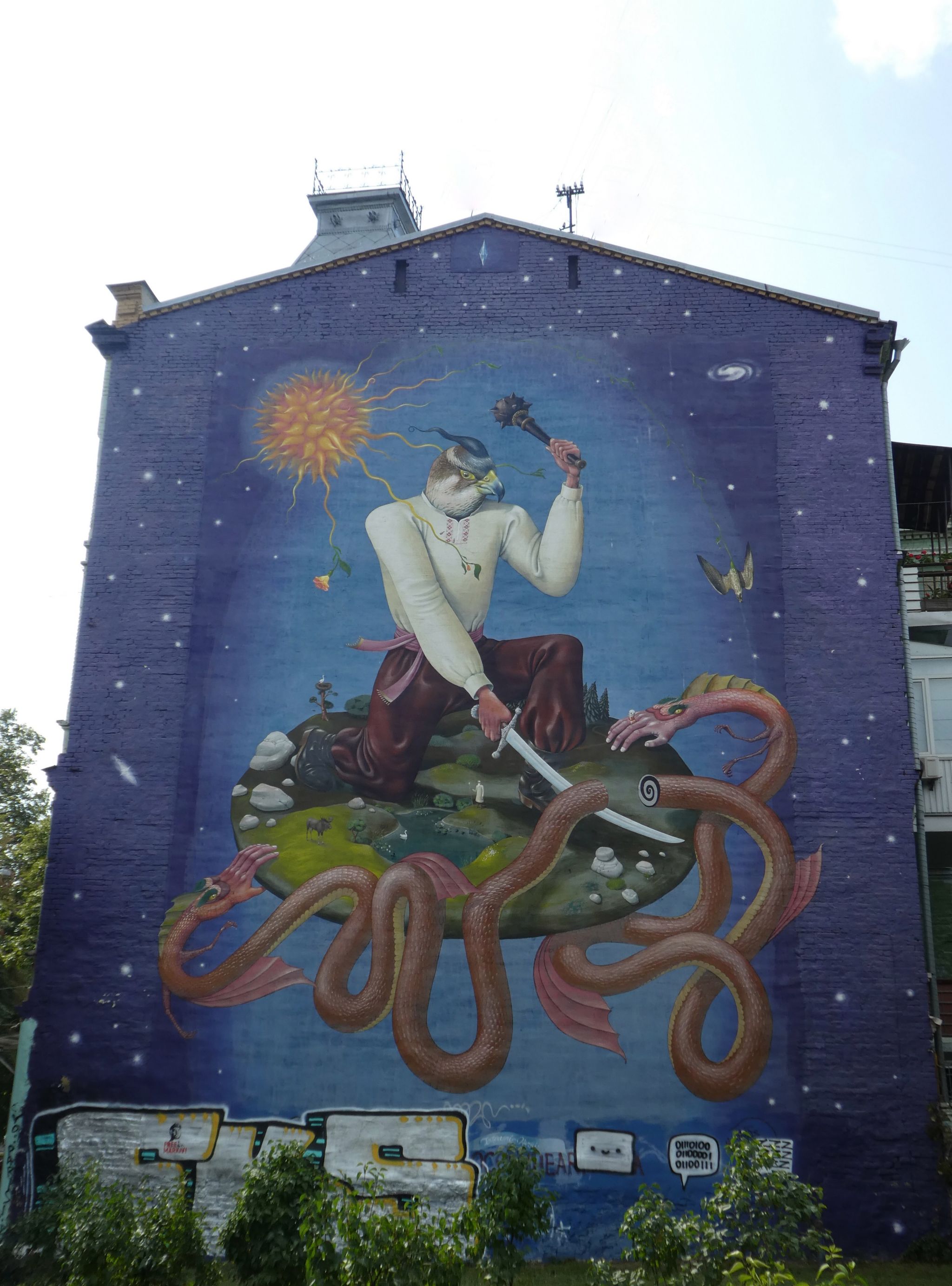 This one honours the first protestor killed in the Revolution of Dignity demonstrations in 2014. 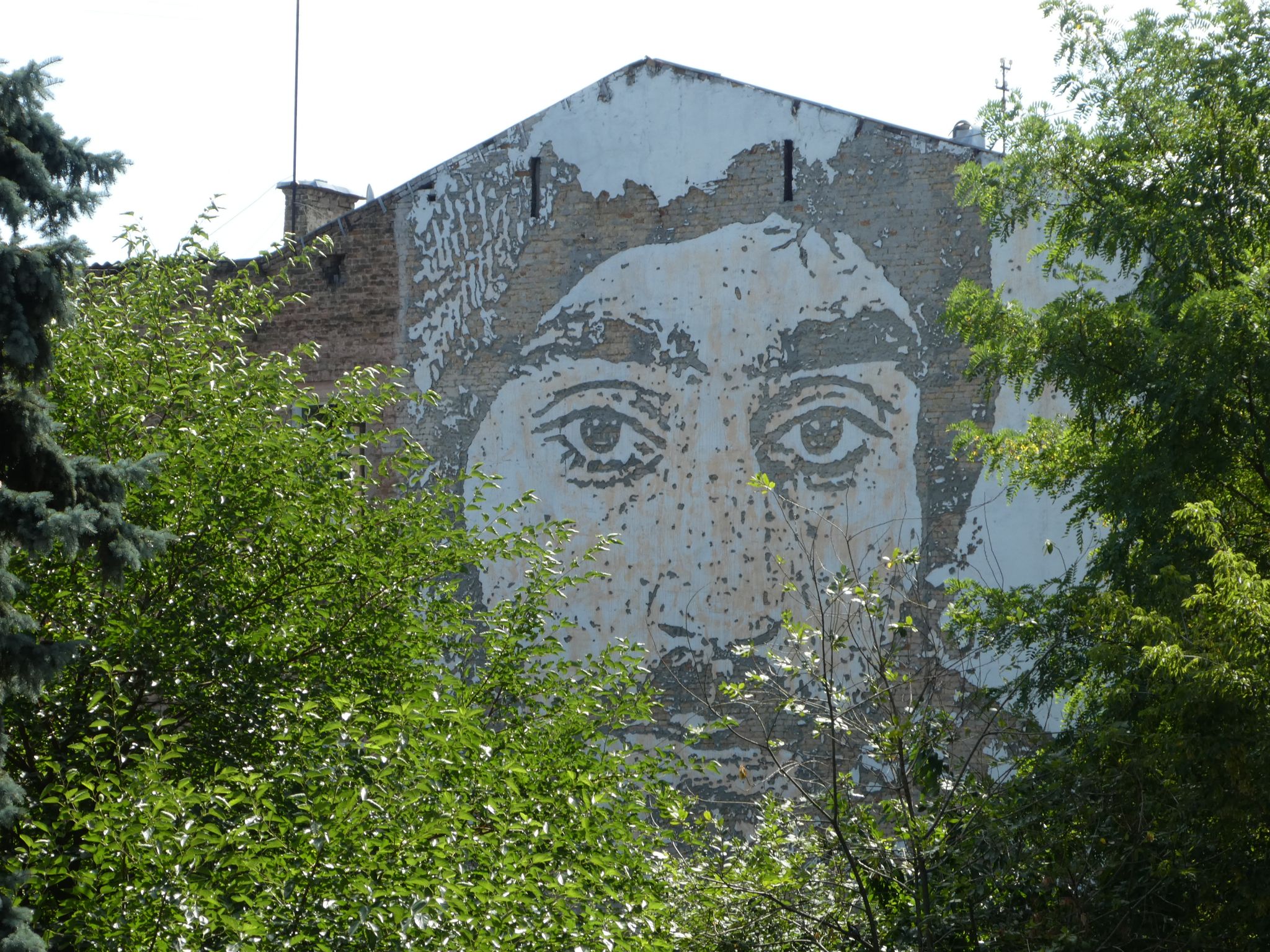 This is known as Black Sea. 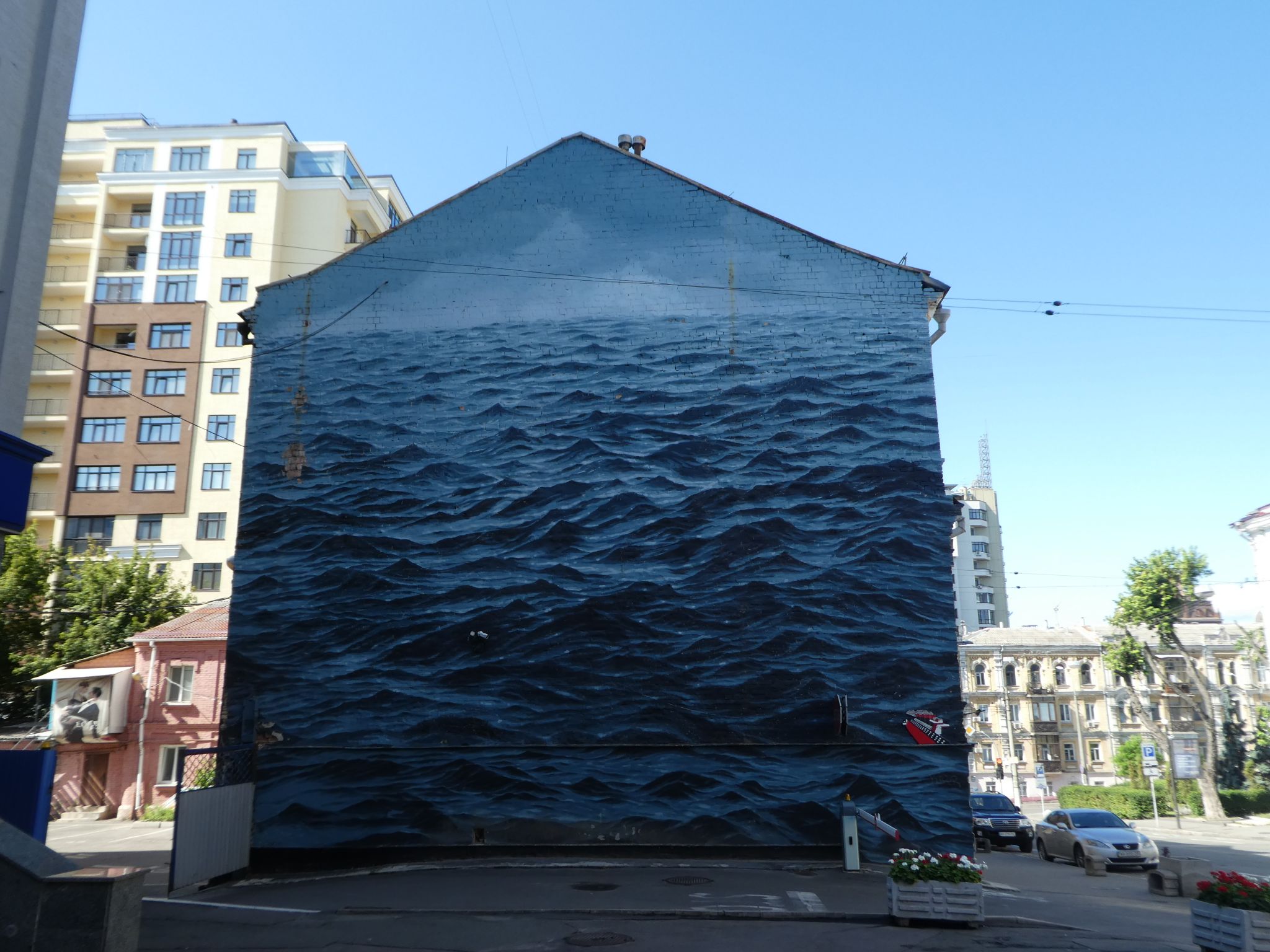 We tracked down Rodents but could only see the very top of it, as the adjoining vacant block now has hoarding across its street frontage.  As we paused to see if maybe there was another vantage point, the caretaker of the vacant block appeared and invited us in to have a look.  Very kind. 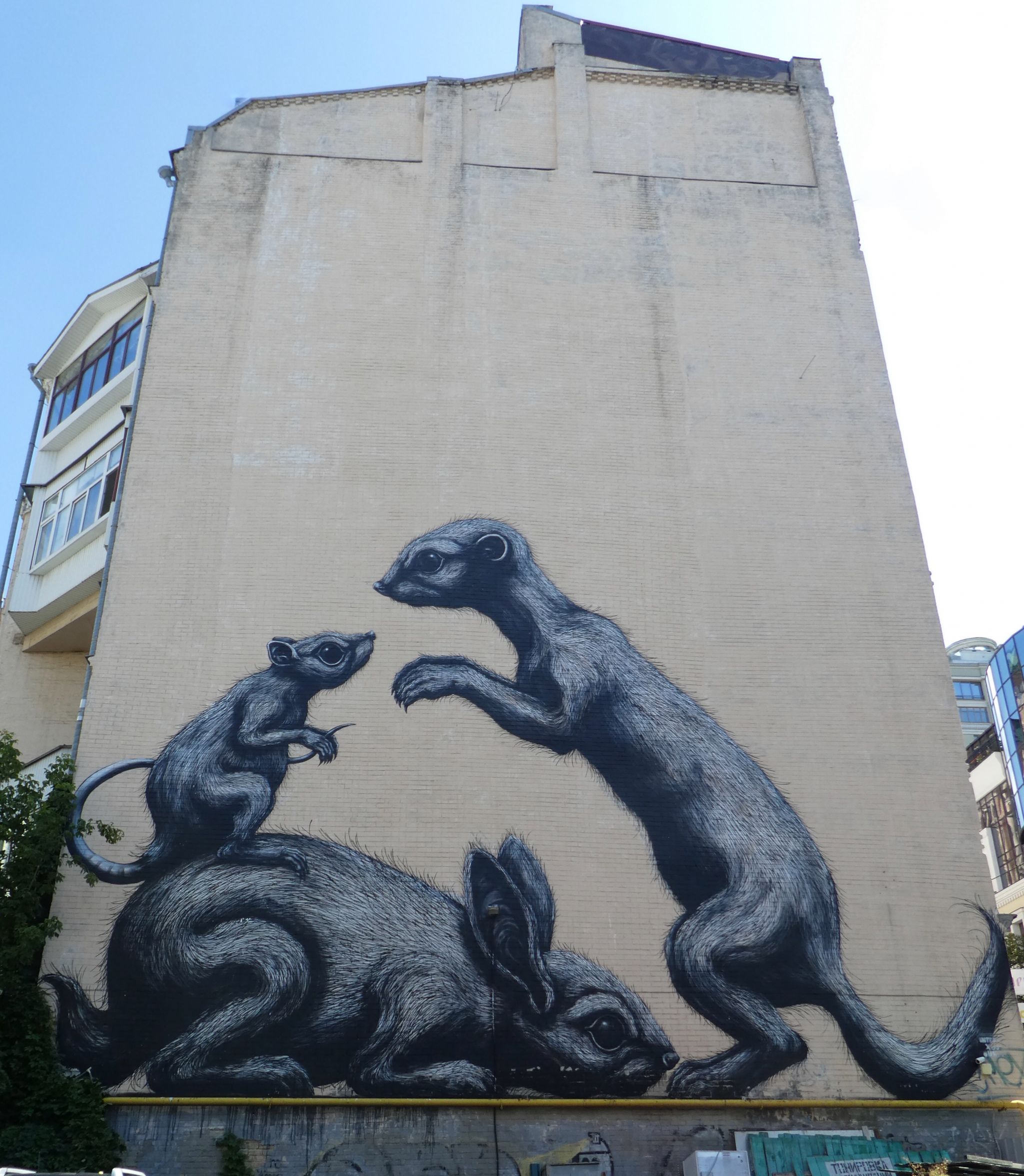 Finding the murals is also a great way to see more of the city.  It’s a place made for wandering.  And there are so many murals, anyone interested will have a unique experience depending on where and how far afield they go to ferret them out.