Lviv has been described as Ukraine’s least Soviet city.  And certainly it’s true that the architecture in its city centre wouldn’t look out of place in middle Europe.  It is like a smaller, less intense version of Prague, without the crowds or Franz Kafka. 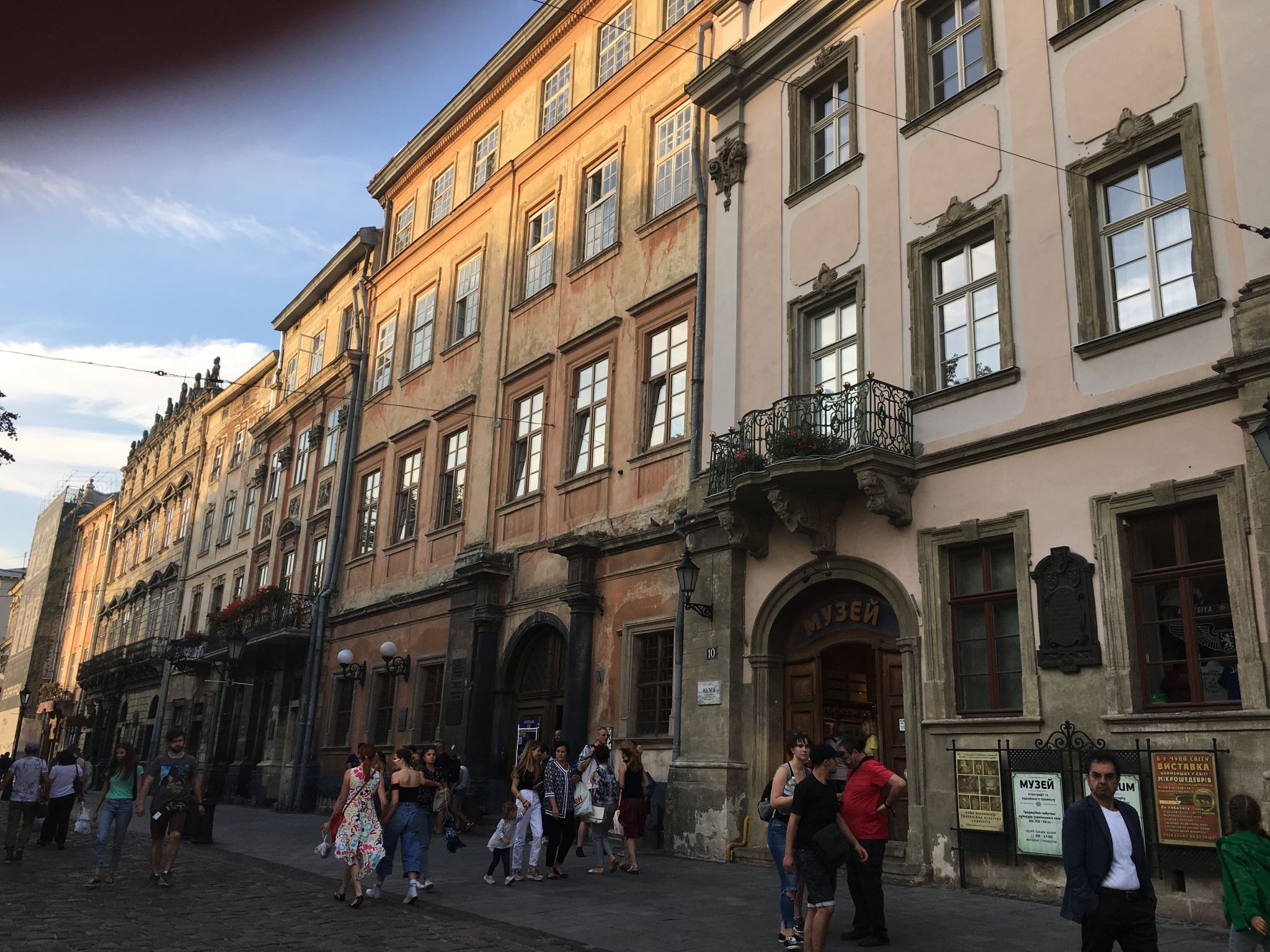 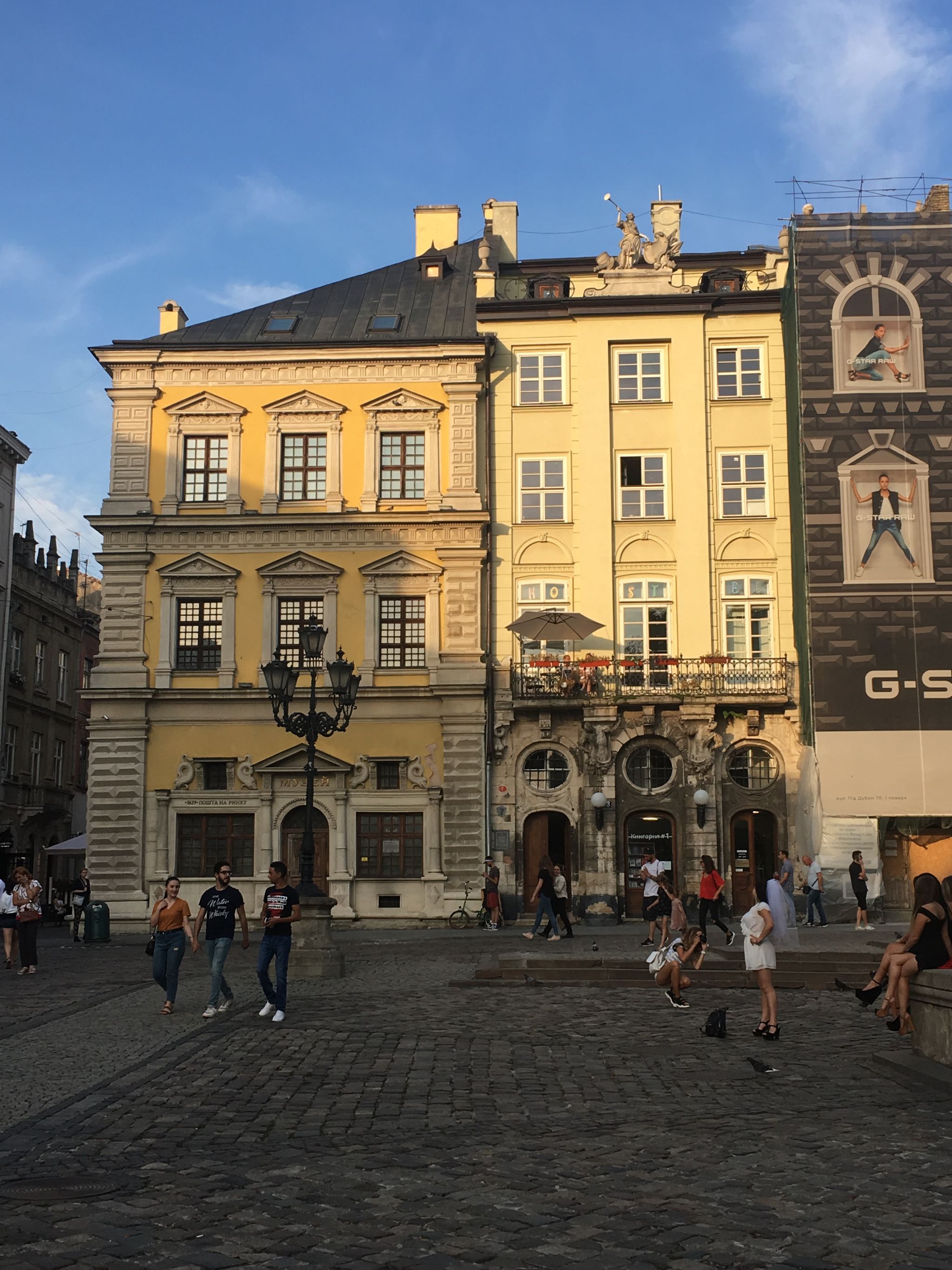 As a university city, it has a youthful, vibrant feel with heaps of street cafes and watering holes.  It was not always so.

In the mid 19th century Lviv was the centre of an oil producing area.  Oil was plentiful and cheap.  Alcohol was not.  A local pharmacist ordered his two employee chemists to work out a way to distil alcohol from oil.  Sound gross?  Yes, it does.  And it didn’t work.  But in the process of trying, they invented kerosene.  It burned brightly, with little odour.  They patented the product and then asked a local tinsmith to make a tank from which to burn it.  The kerosene lamp was born.

The chemist shop still stands, although now it’s a cafe.  Outside there are sculptures celebrating the inventors and an installation in which kerosene is scooped and poured into a 44 gallon drum right on the street.  Don’t light a cigarette near this one. 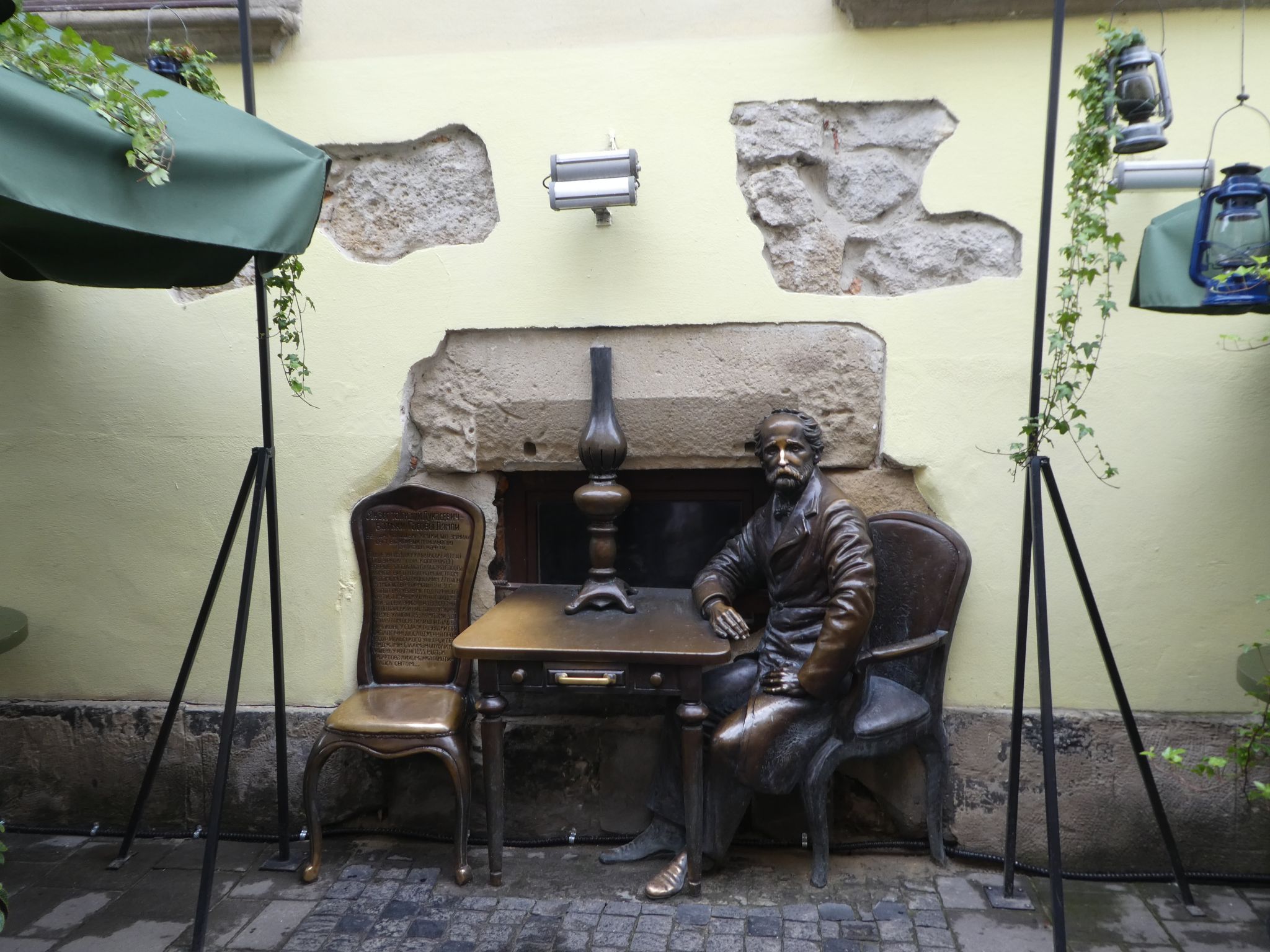 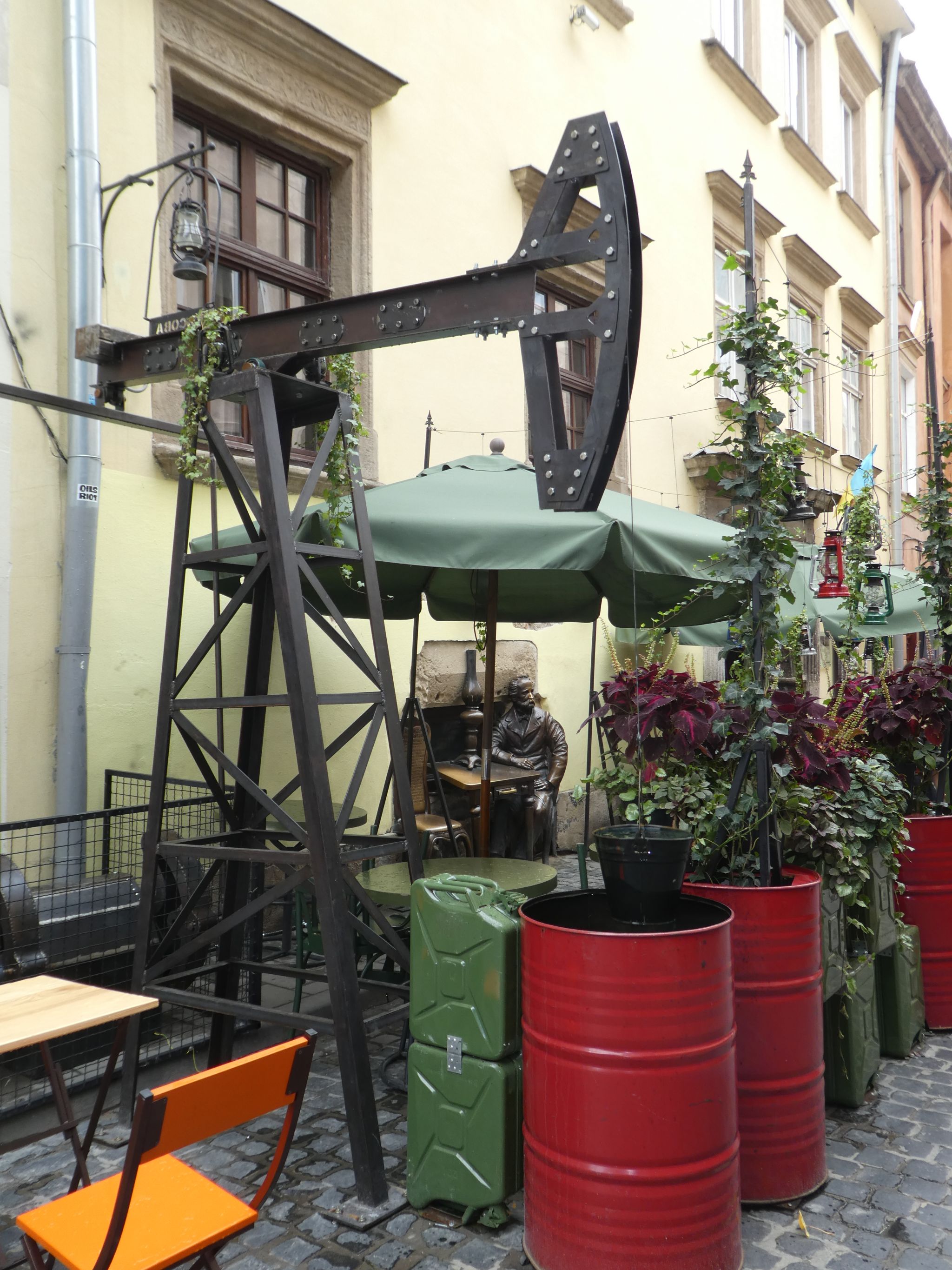 There is a lot of good public statuary. 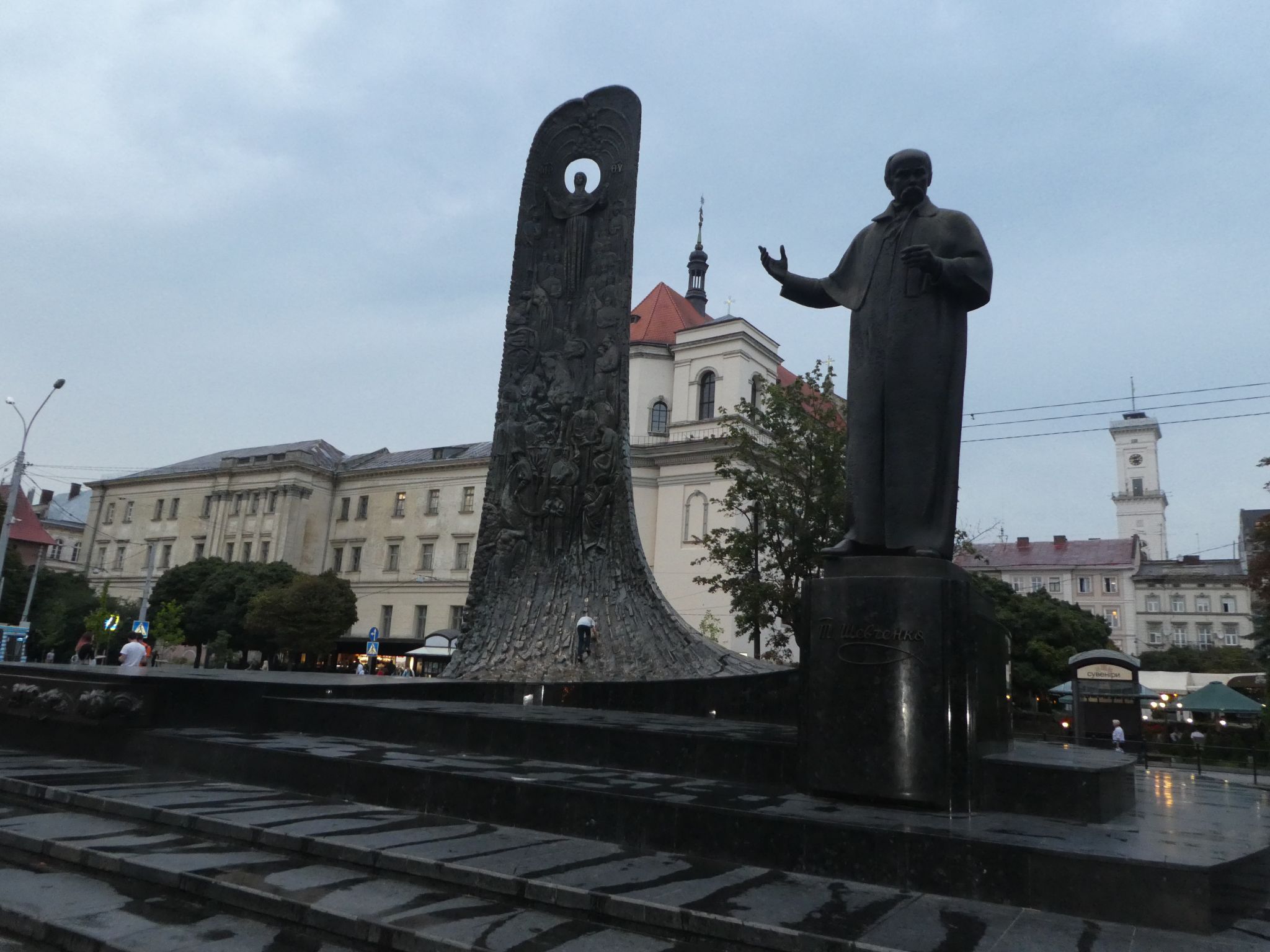 Some not so traditional.  This one, in a public square outside a beer house, is a celebration of the beer belly. 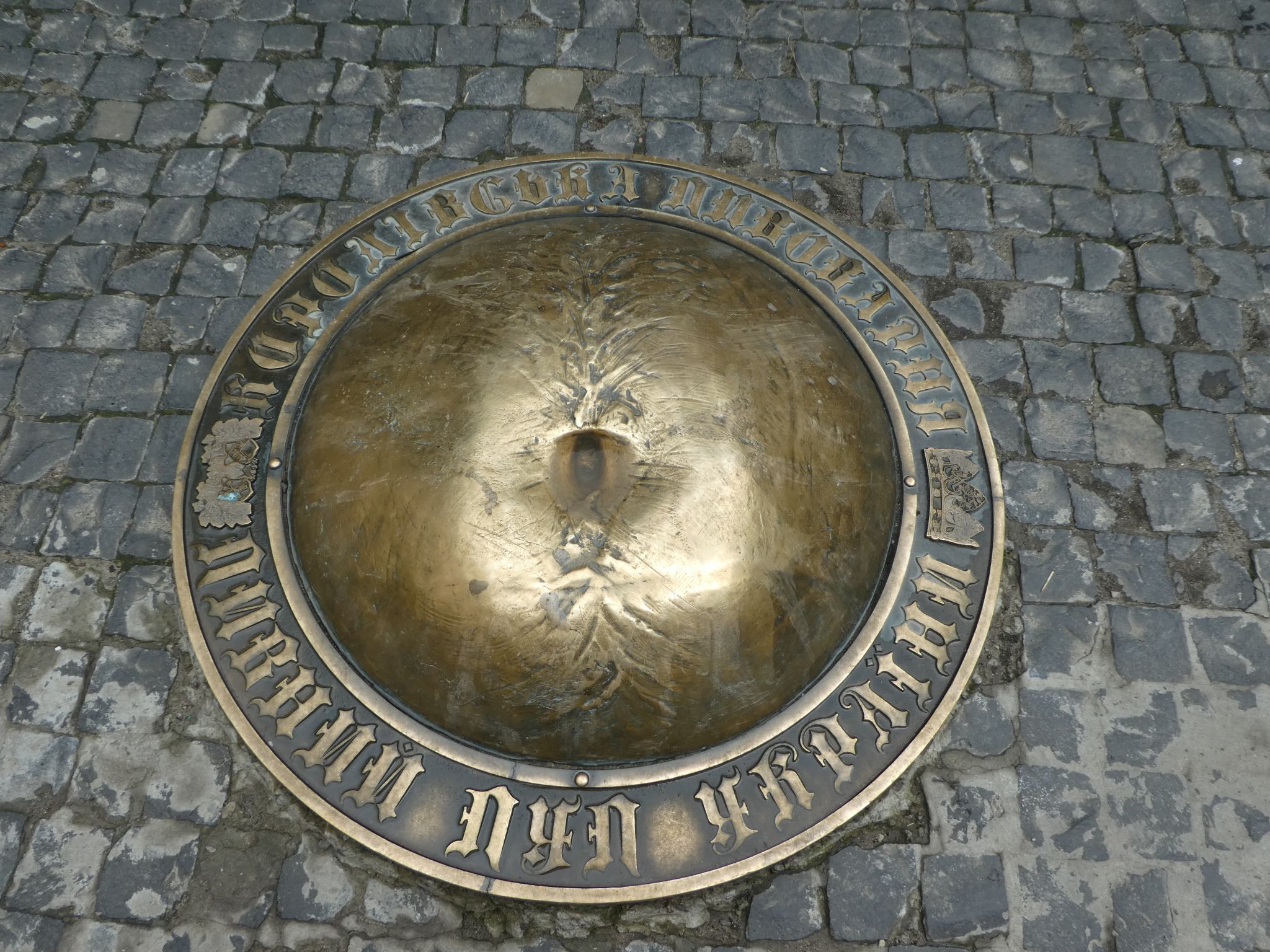 Now, here’s a lovely story.  Years ago, a lady found a couple of abandoned toys in the yard of her housing block.  She put them on the window sill in case someone came looking for them.  No one did, but over time, other toys got added.  Gradually the courtyard has become full of toys, mostly stuffed animals, sitting out in all weather.  It’s not in any tourist information literature, but over time more people are coming to see how a simple act of kindness has turned into what is now known as The Yard of Lost Toys. 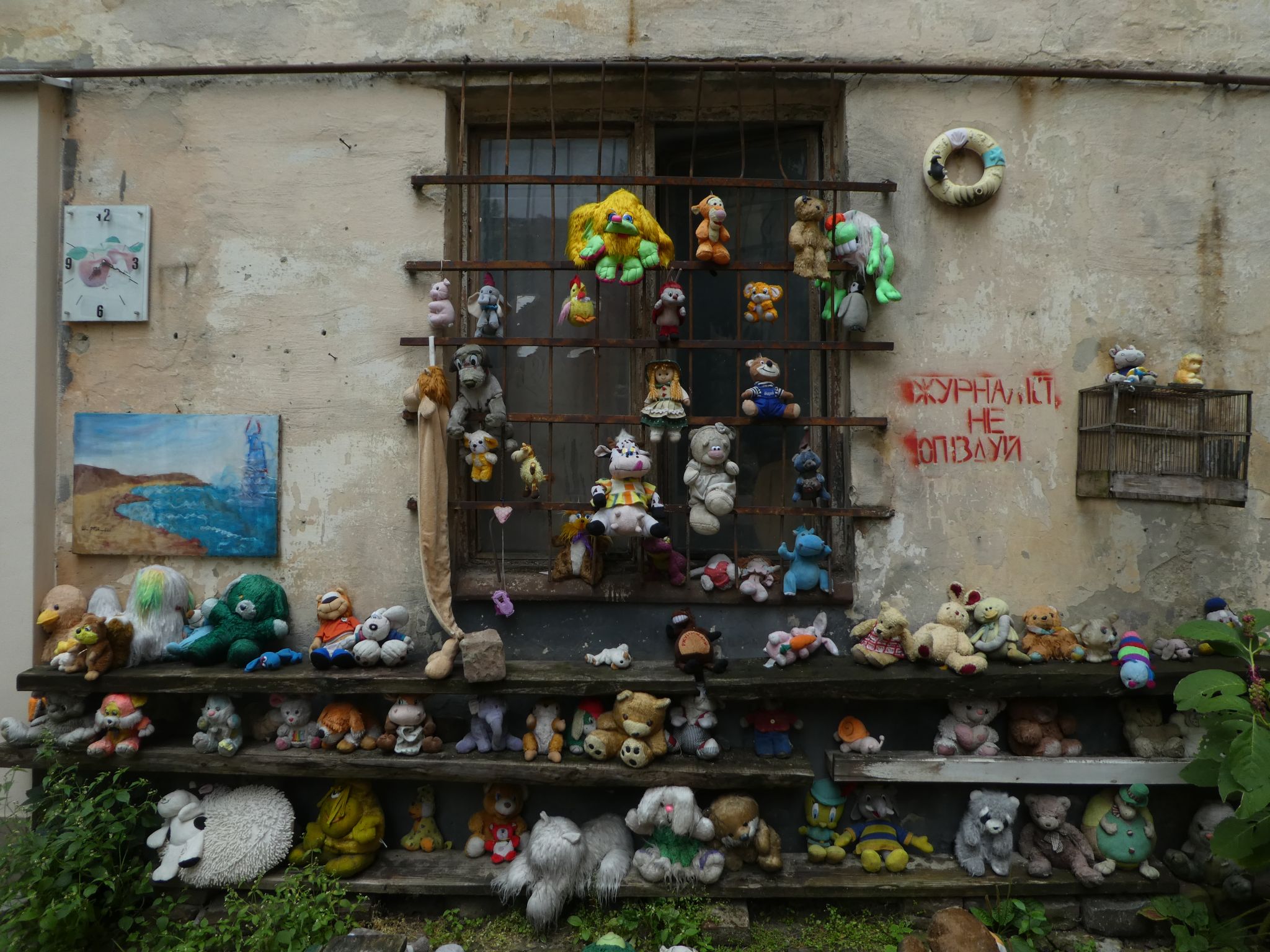 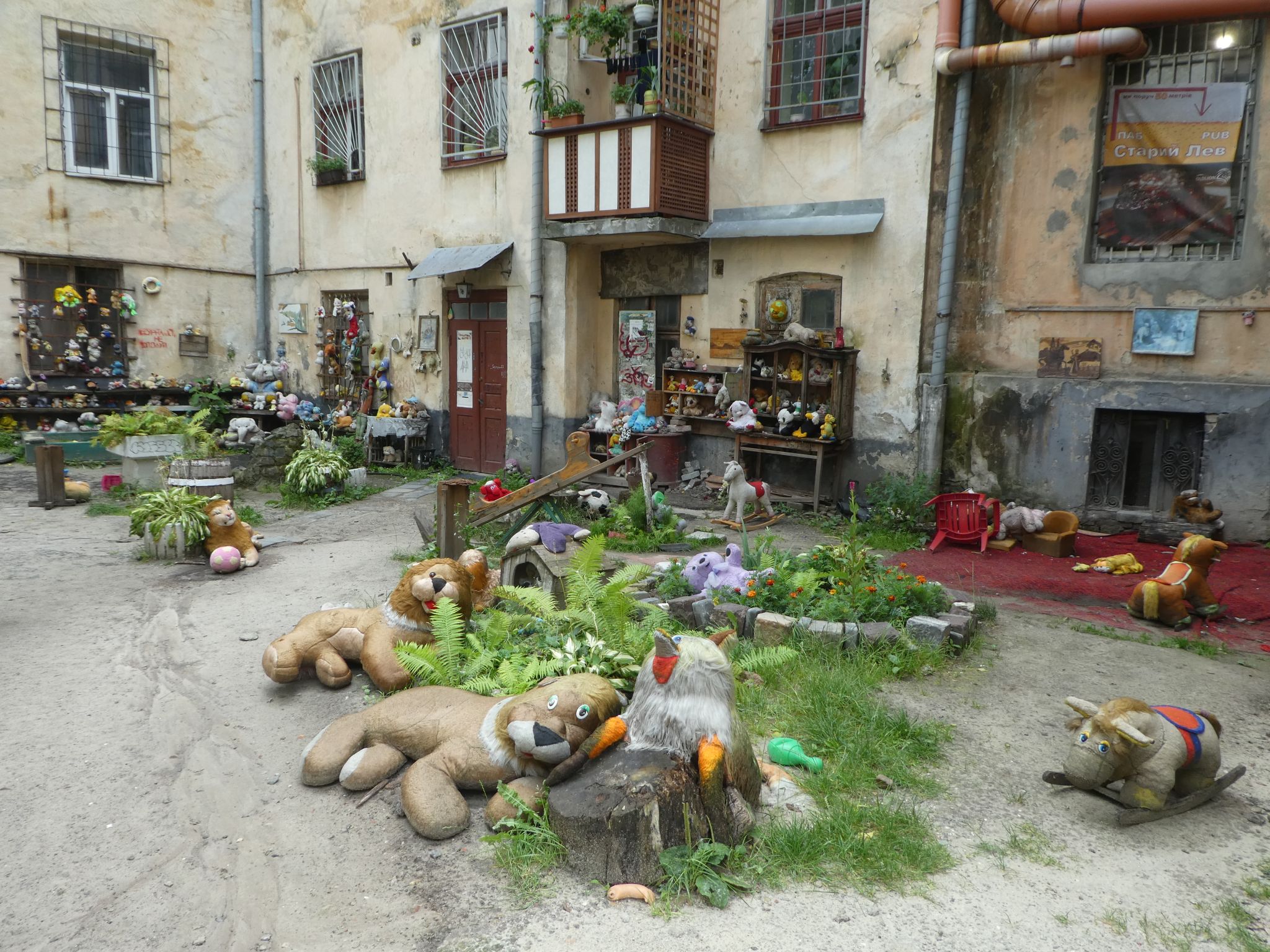 One of the biggest draw cards in Lviv is the Lychakiv Cemetery.  Lonely Planet calls it the ‘Pere Lachaise of Eastern Europe’.  And while most of the venerable persons buried here aren’t as famous outside the country as the residents of Pere Lachaise, the graves are every bit as ornate as those in Paris’ more famous graveyard. 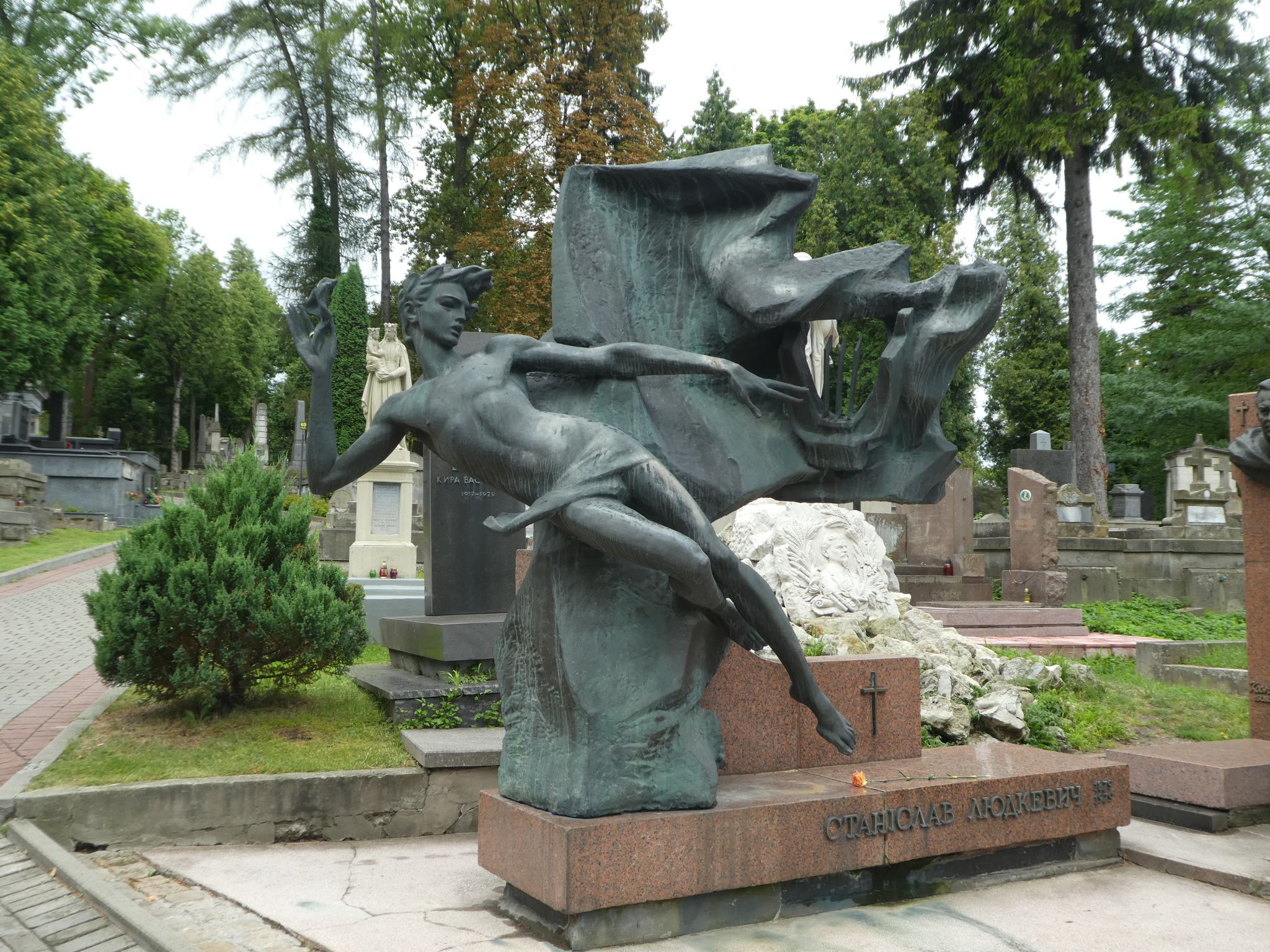 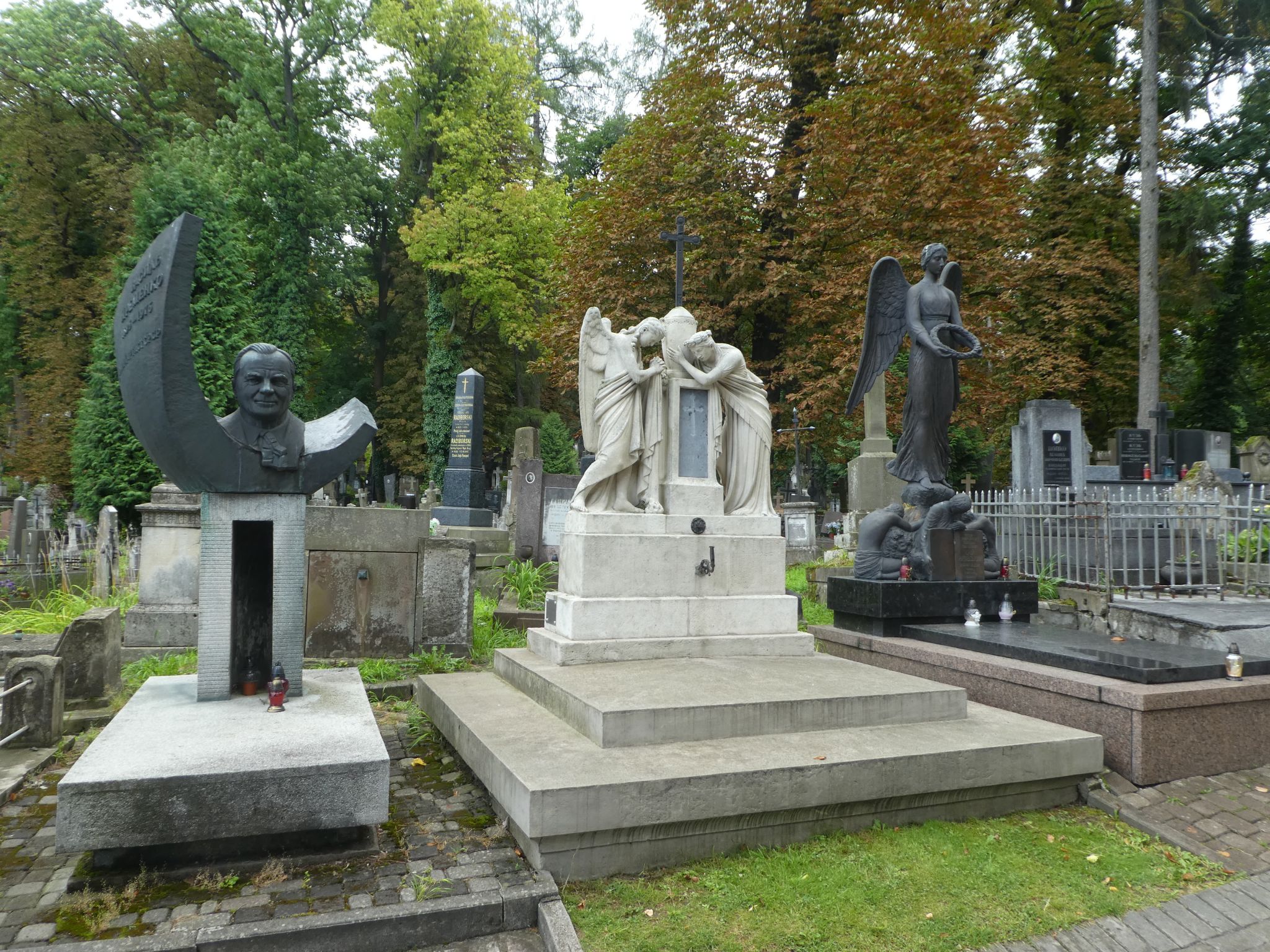 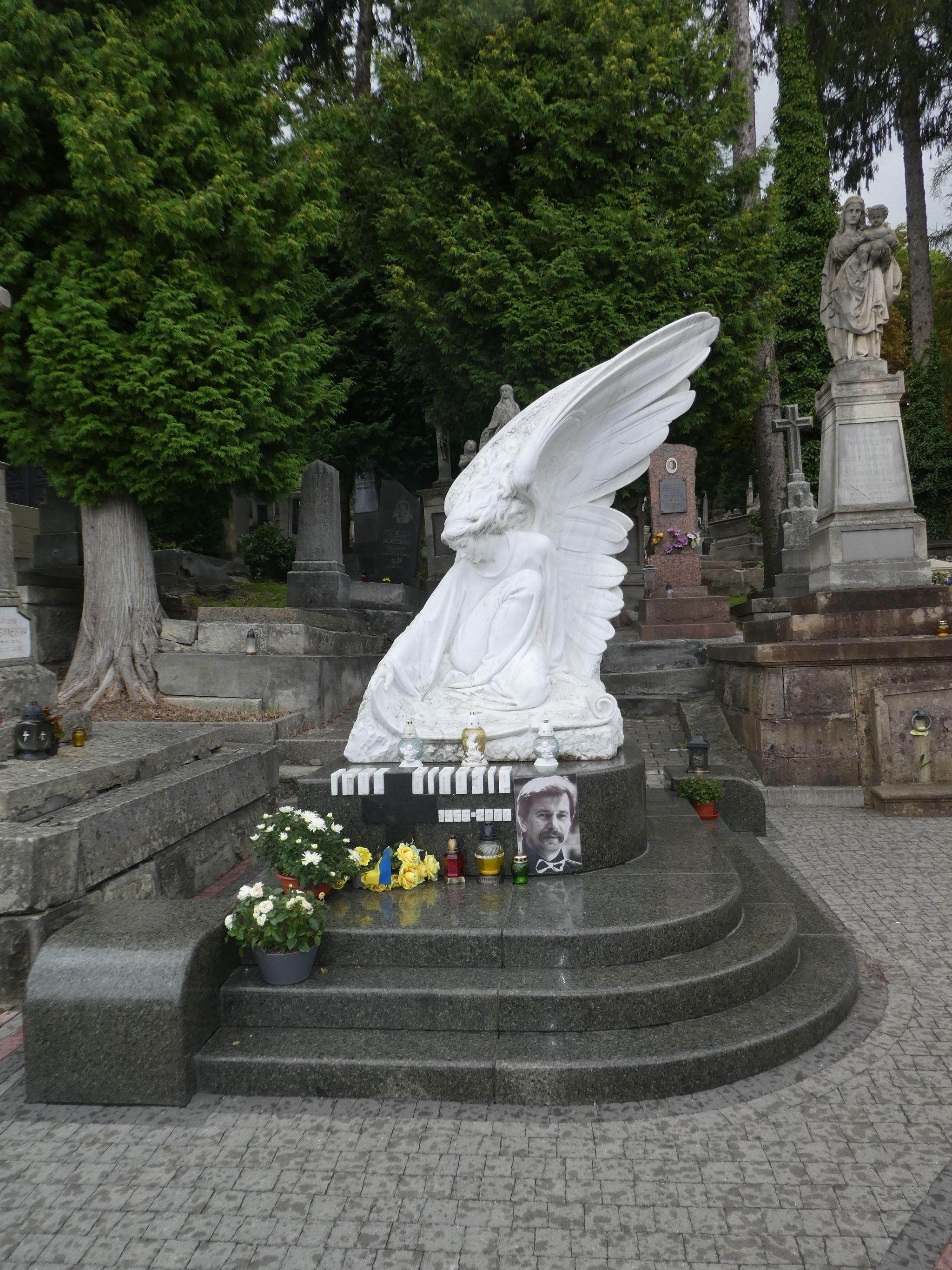 And Lviv has bears!  Last year we visited the Pristina Bear Sanctuary established by the Austrian charity Four Paws in the forest outside Gracanica in Kosovo (see our post ‘Kosovo Bear Sanctuary’).  The same wonderful organisation has created Bear Sanctuary Domazhyr, outside Lviv.

Just like in Kosovo, we were the only visitors during the couple of hours we spent here, so we had the bears all to ourselves! 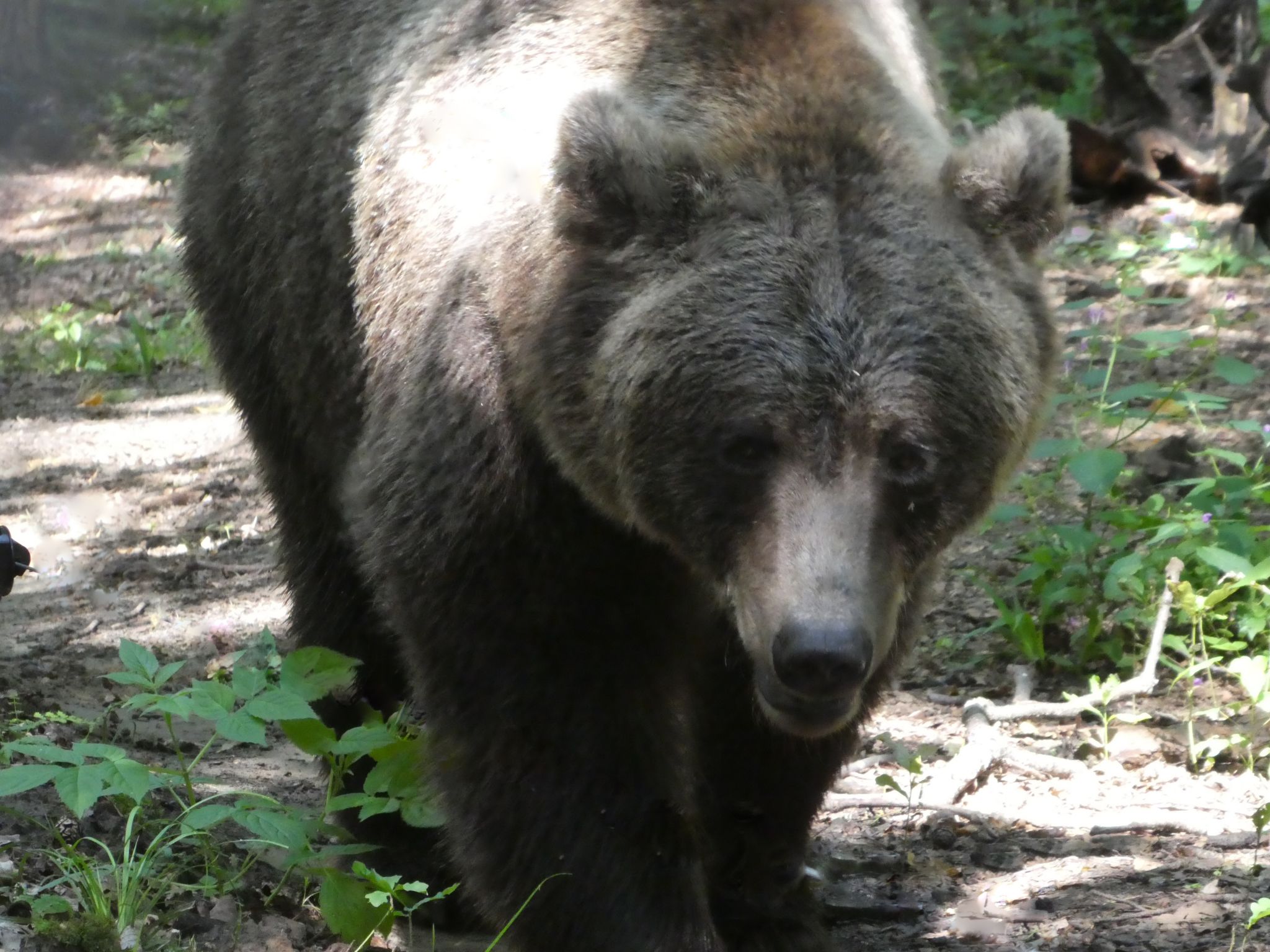 The bears who live here have been rescued from captivity as caged ‘entertainment’ or, worse, from illegal bear baiting camps.  These were bigger bears than ones we’ve previously seen.  The largest weighs in at 300kg.

The sanctuary is smaller than the one in Kosovo, but follows the same format. The bears are gradually acclimatised to living in a natural environment, usually by starting out in a smaller, relatively open enclosure and progressively moving to a larger fenced forest area. 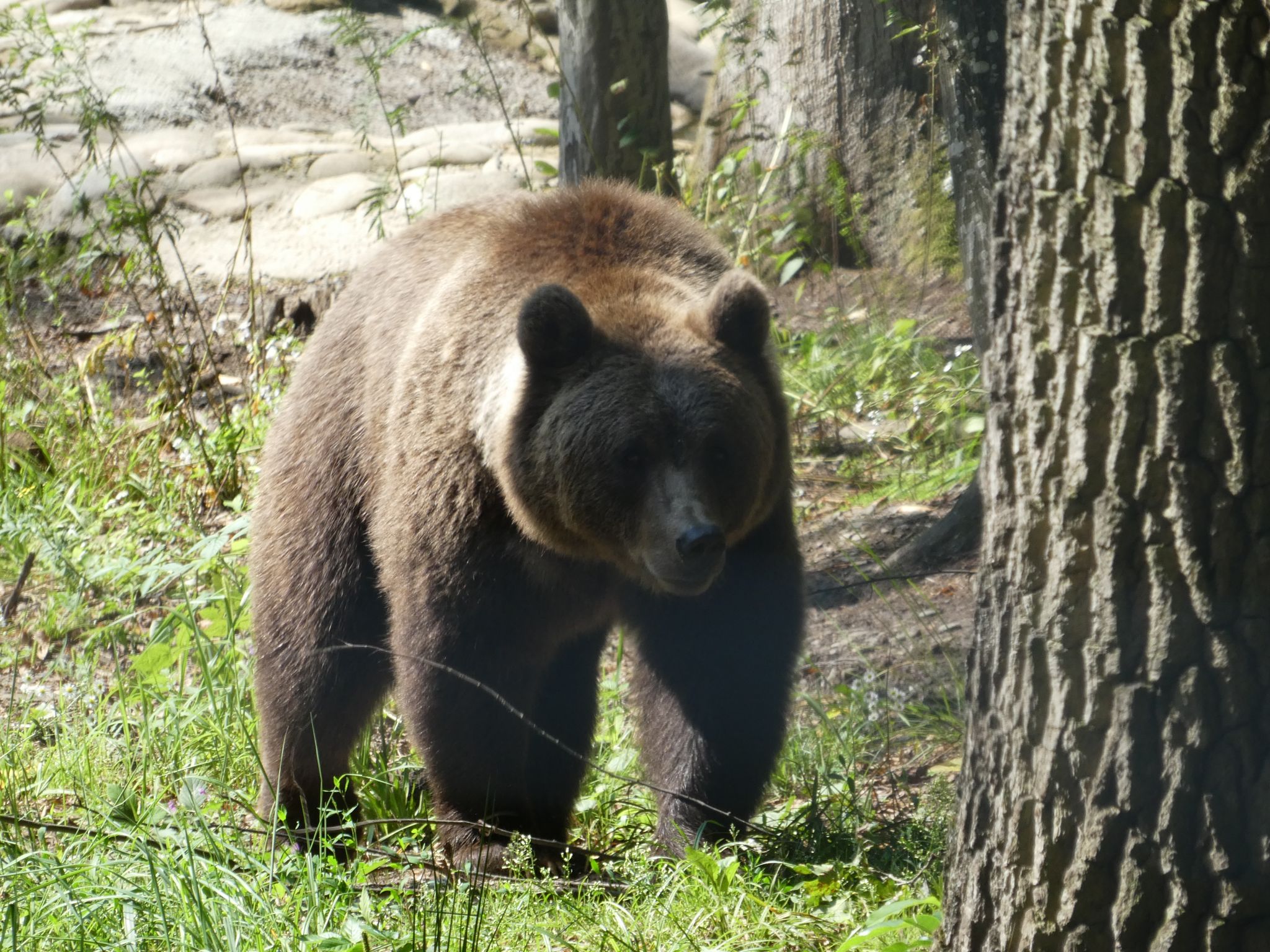 It was hot and this beautiful golden furred bear was lolling on her back in her pool using a large log as a floatation device.  She looked pretty happy with her change in circumstances. 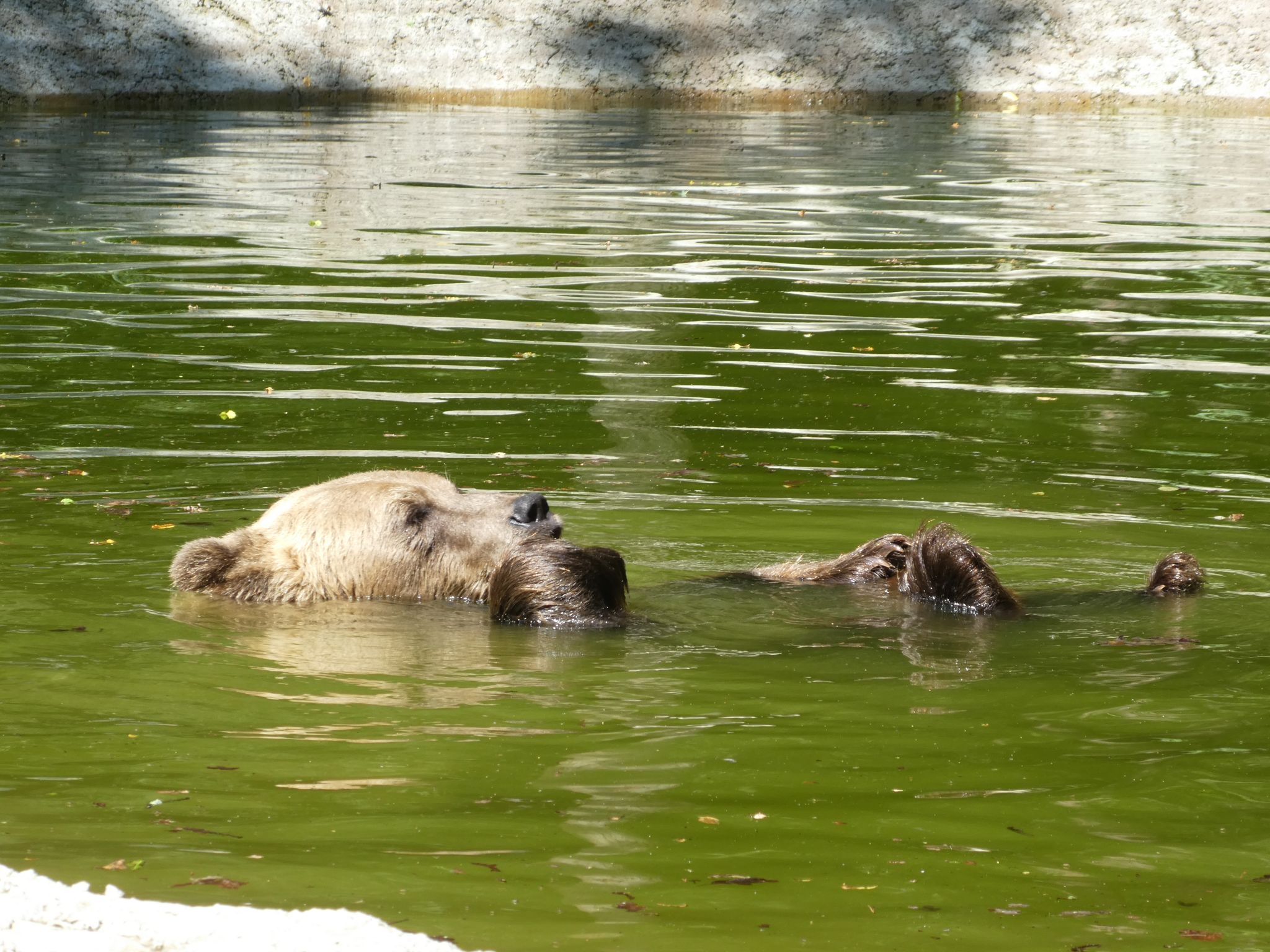 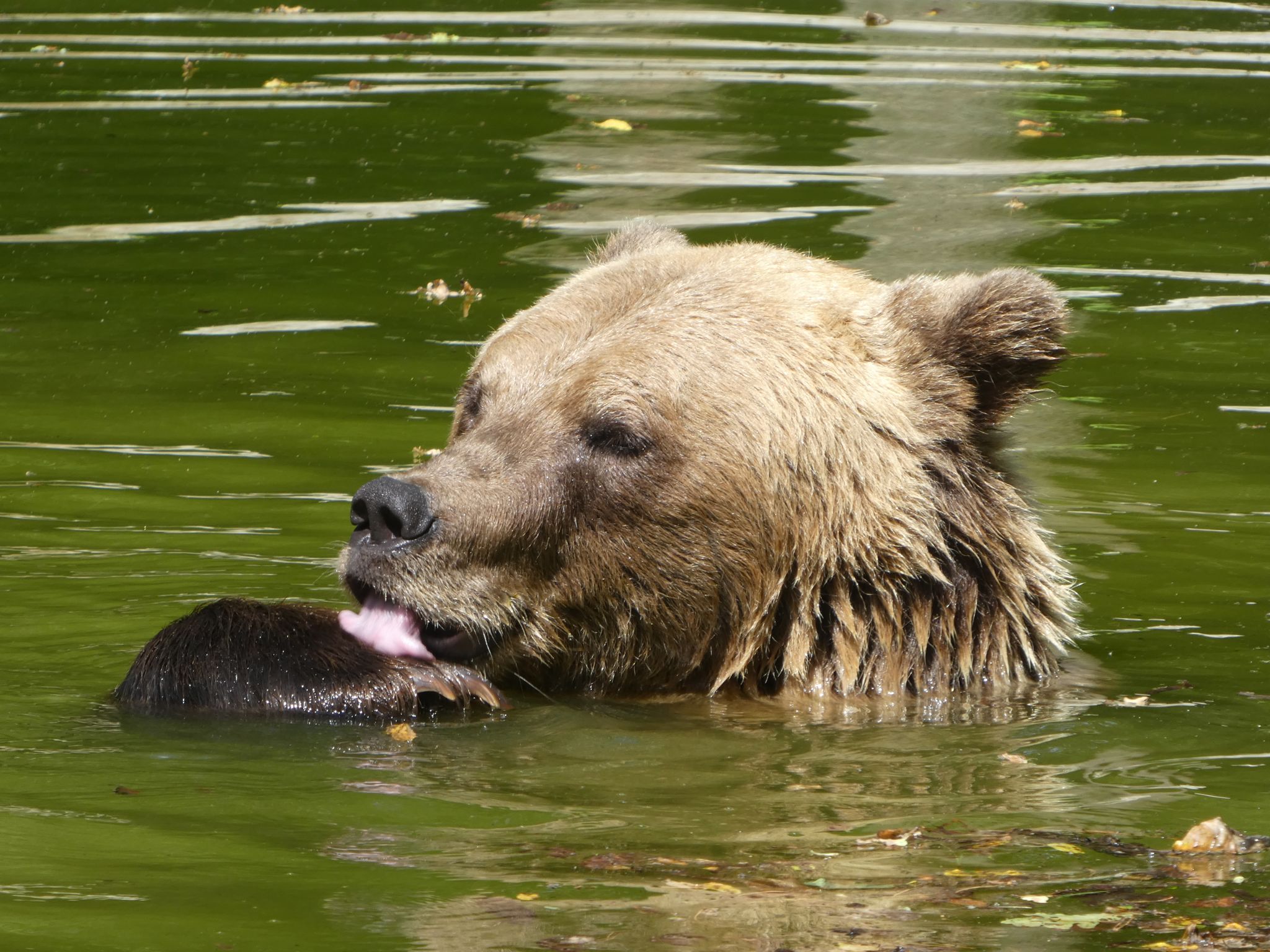 Without a private car it’s a bit difficult to get here (two buses and a 2km walk, then the reverse to get back) but if you love bears, it’s definitely worth the effort.