What a difference 26 years makes.  In 1993, Julie stumbled off a night train from somewhere into the dim, dilapidated 1880s-built central railway station in Budapest.  A mute elderly lady approached with a hand drawn map and photos of the room in her apartment she hoped to rent to one of the handful of backpackers hopping off the train.

Her apartment was a metro ride from the centre.  The oldest electrified underground railway in continental Europe looked like it hadn’t been upgraded since it was built.

It turned out to be a nice room in an ageing building which might once have been rather grand.  Airbnb before that term had even been invented.  And by the way, bigger than the whole apartment we had this time around.

Today, Budapest is filled with tourists, from flocks of American college-age students to seniors on guided tours.  Keleti Railway Station is bright, clean and renovated to its original grandeur.  The metro is slick and the stations gleam with steel and glass.

Everything in the city centre seems to have been scrubbed, and many streets have been widened and pedestrianised.  It’s pleasing to see that it’s mostly been done sympathetically to the existing architecture.  The baroque, neo-classical and art nouveau buildings for which the city is famous, have survived Budapest’s transition into a modern city. 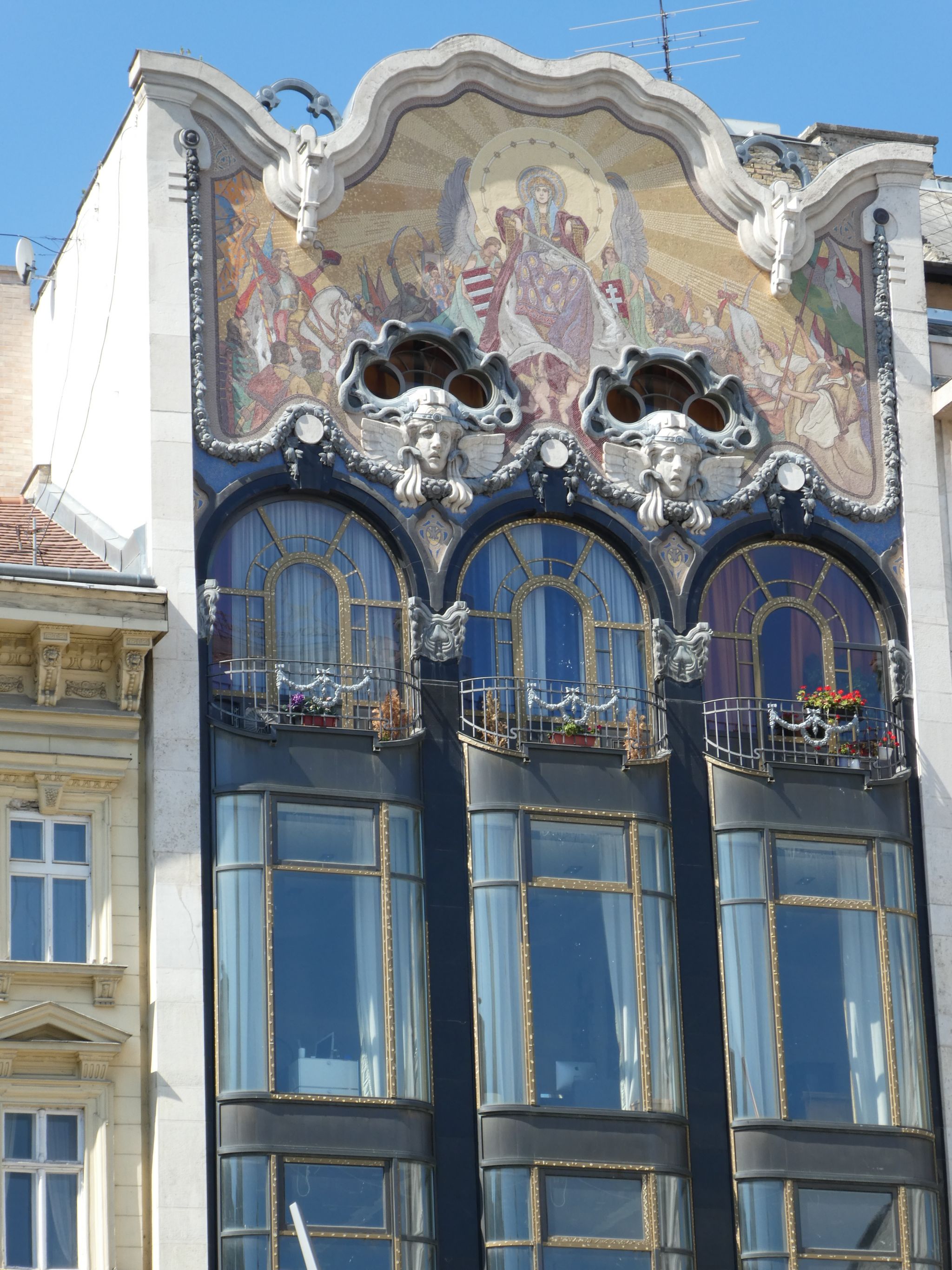 Castle Hill, on the Buda side of the Danube River teems with tourists.   At the top of the furnicular, Buda Castle houses the Hungarian National Gallery, Budapest History Museum and the National Library.  But it’s the views across the river to Pest which are most compelling. 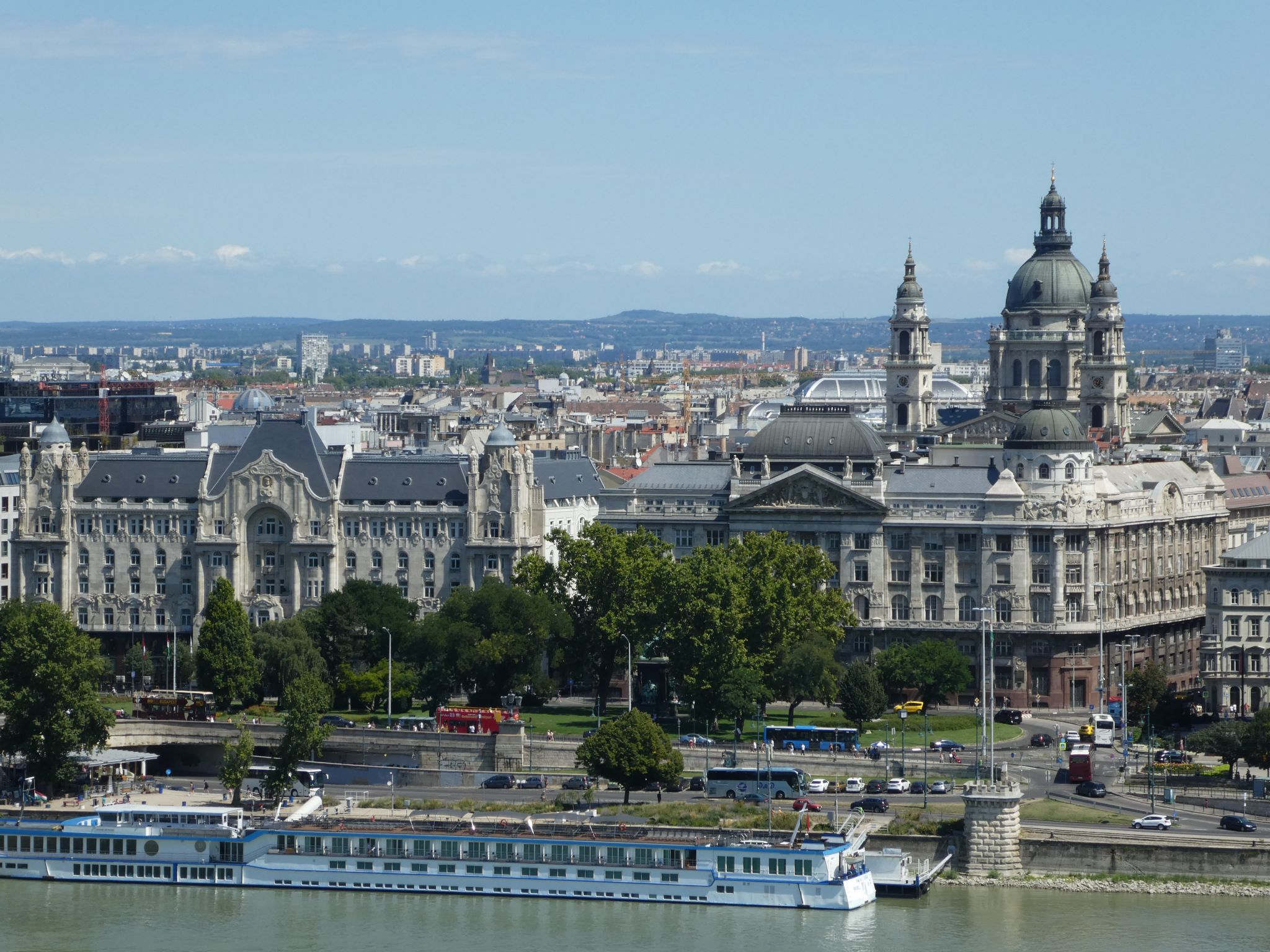 Just along from the palace is the neo-gothic Fisherman’s Bastion built in 1905 to celebrate the 1,000th anniversary of the crowning of St Stephen, the first king of Hungary. 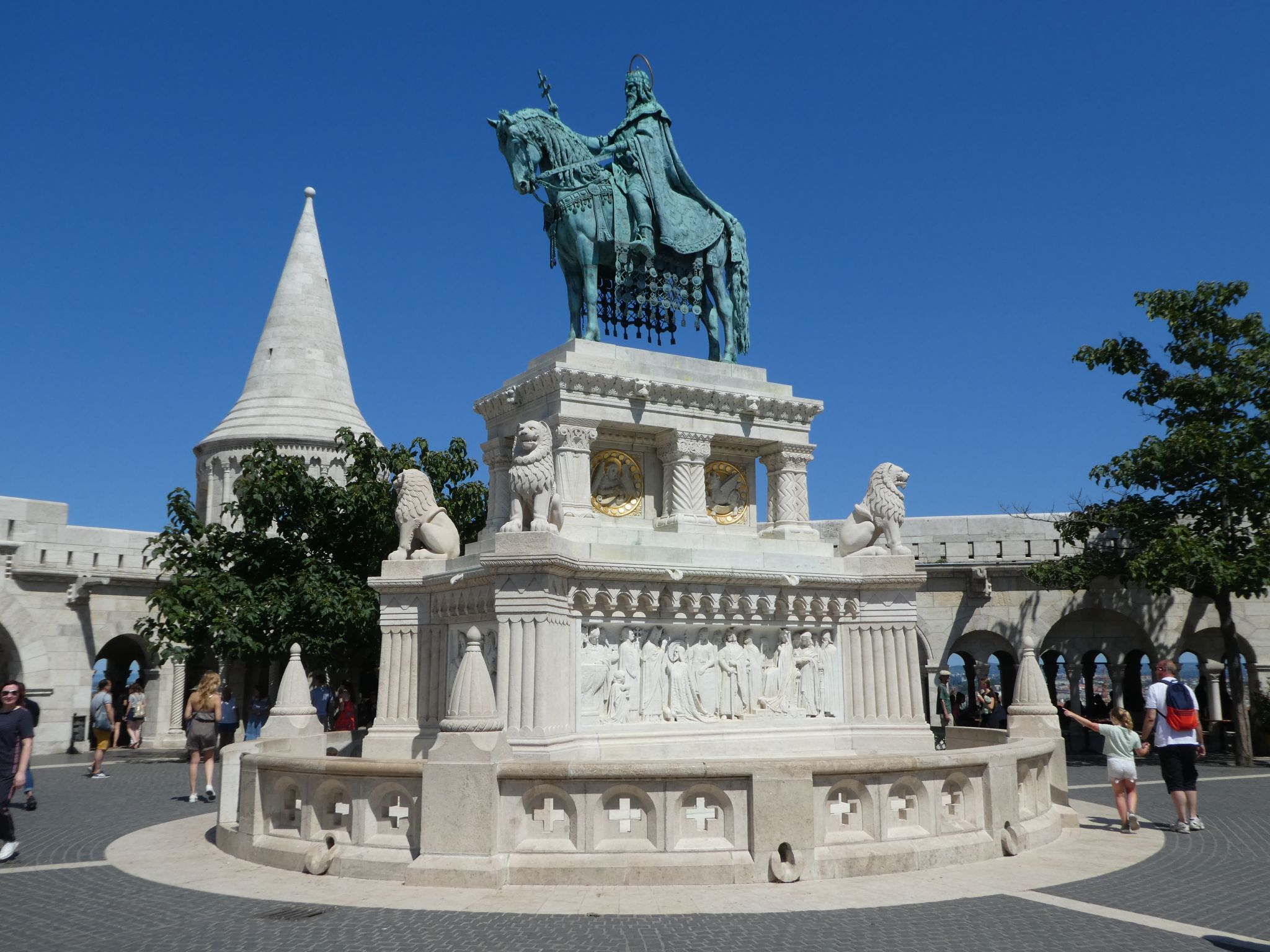 It was built as a viewing platform and named after the guild of fishermen responsible for defending this section of the castle wall.  With its seven towers – symbolising the seven tribes which formed the Hungarian state – it looks more like a medieval fairytale castle. 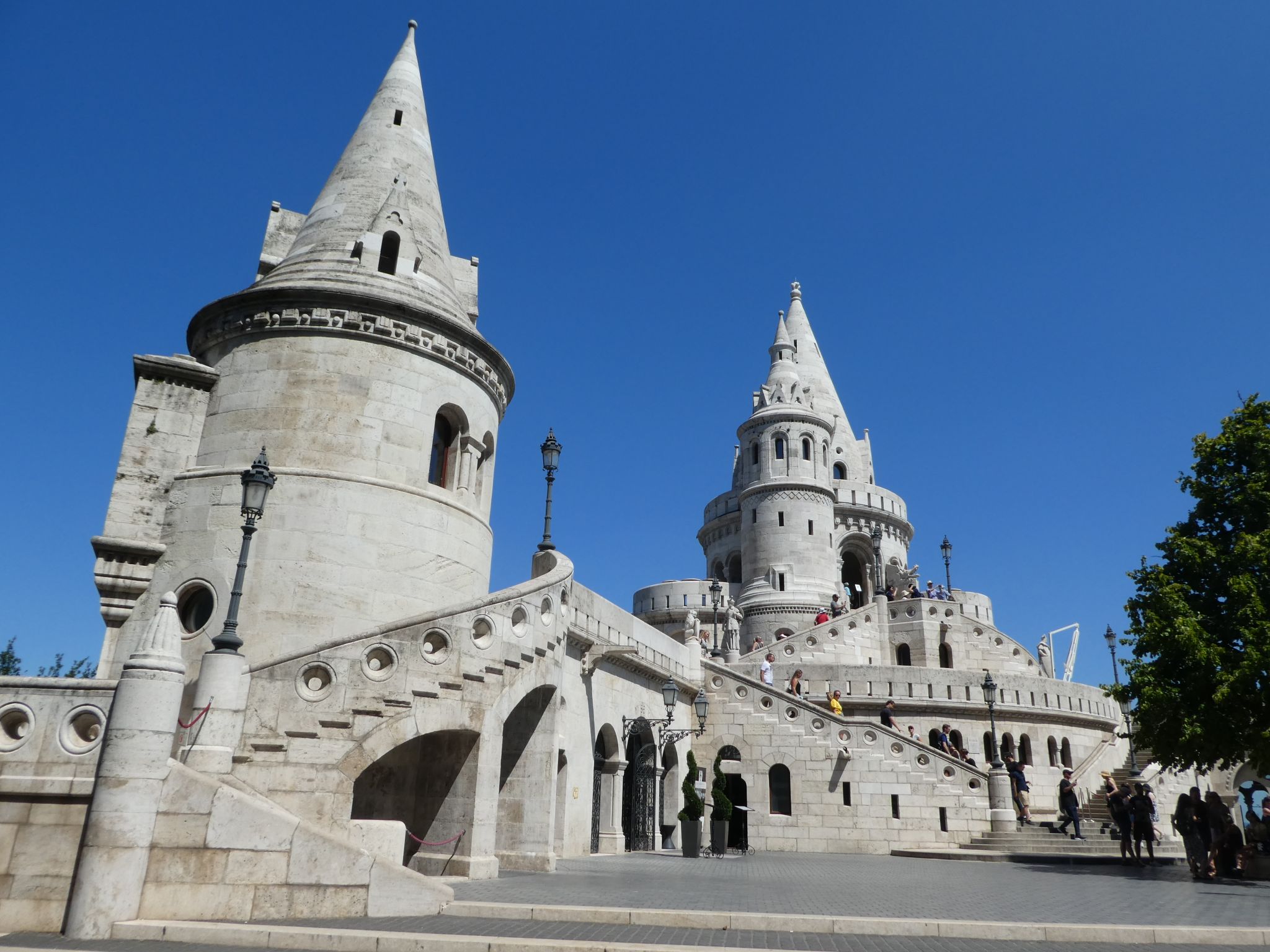 Next door to the Bastion, Matthias Church was designed by the same architect. 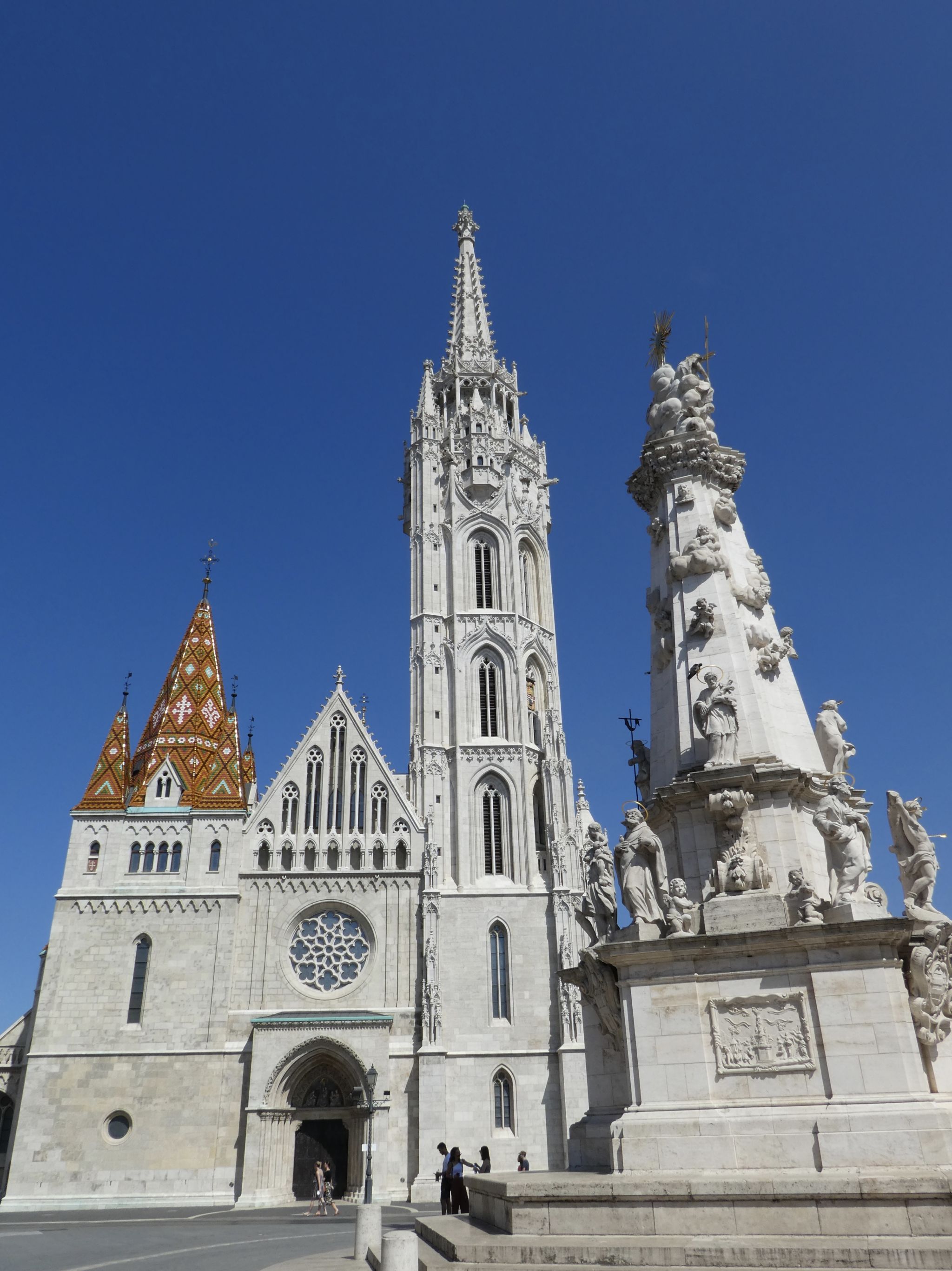 On the other side of the palace, the Citadella stretches along the river.

In the 1848-49 War of Independence, Hungary unsuccessfully sought independence from the Austrian Empire.  The insurrection was smashed and the Austrians used forced Hungarian labour to built the Citadella as a fortress for its army to deal with any further rebelliousness.   It was never needed for that purpose, and Hungary’s independence ultimately came peacefully.

In a cruel twist of history, the only time it’s been used in hostilities was in 1956, again to suppress independence.  The Soviet army occupied the Citadella and fired into the city as part of its actions to quash the Hungarian Revolution in which locals demanded an end to Soviet domination and sought electoral, economic and other reforms. 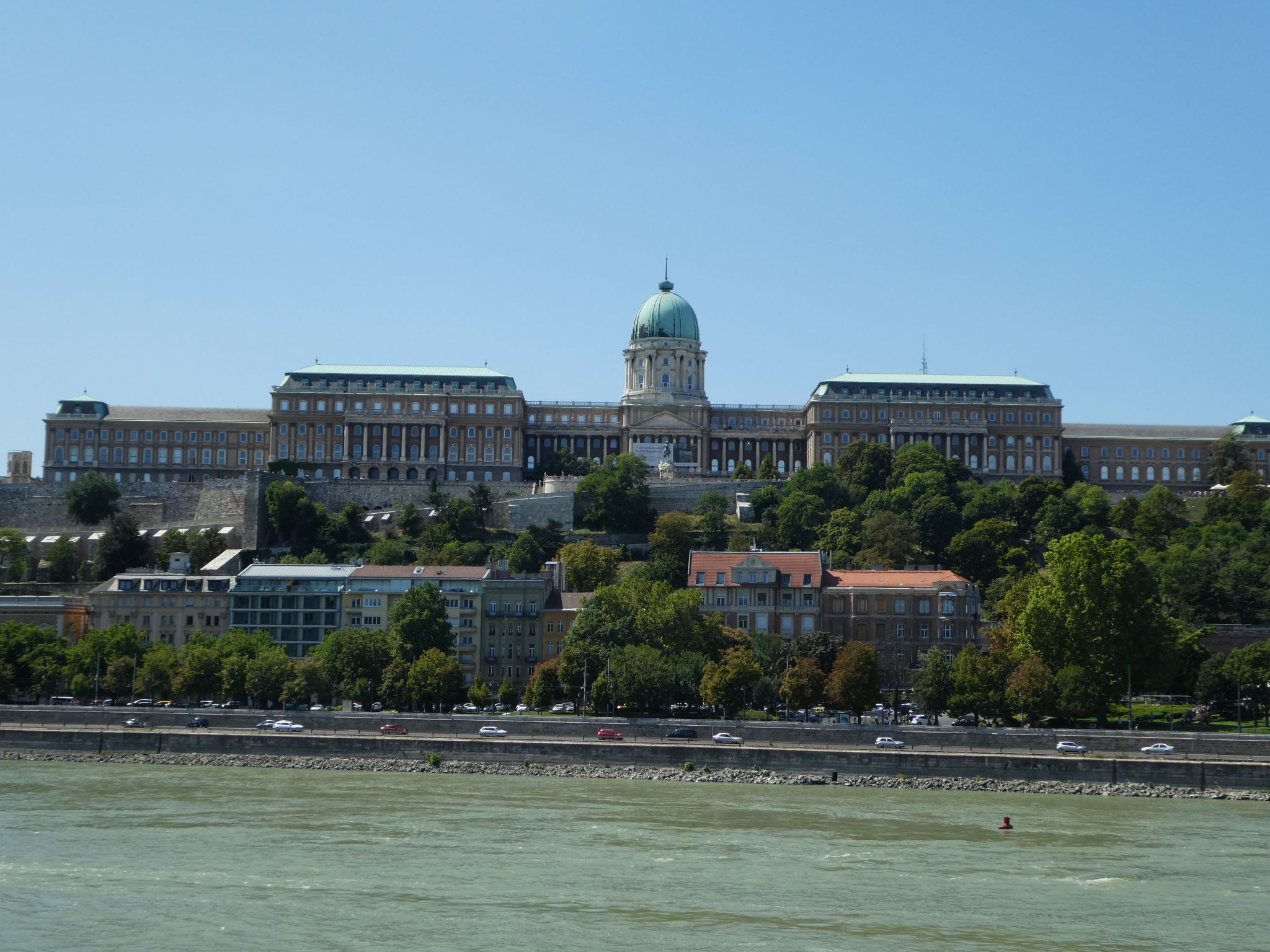 Another thing that has not changed is the grandeur of the Houses of Parliament on the Pest side of the river as seen from Castle Hill.  The city’s most iconic image. 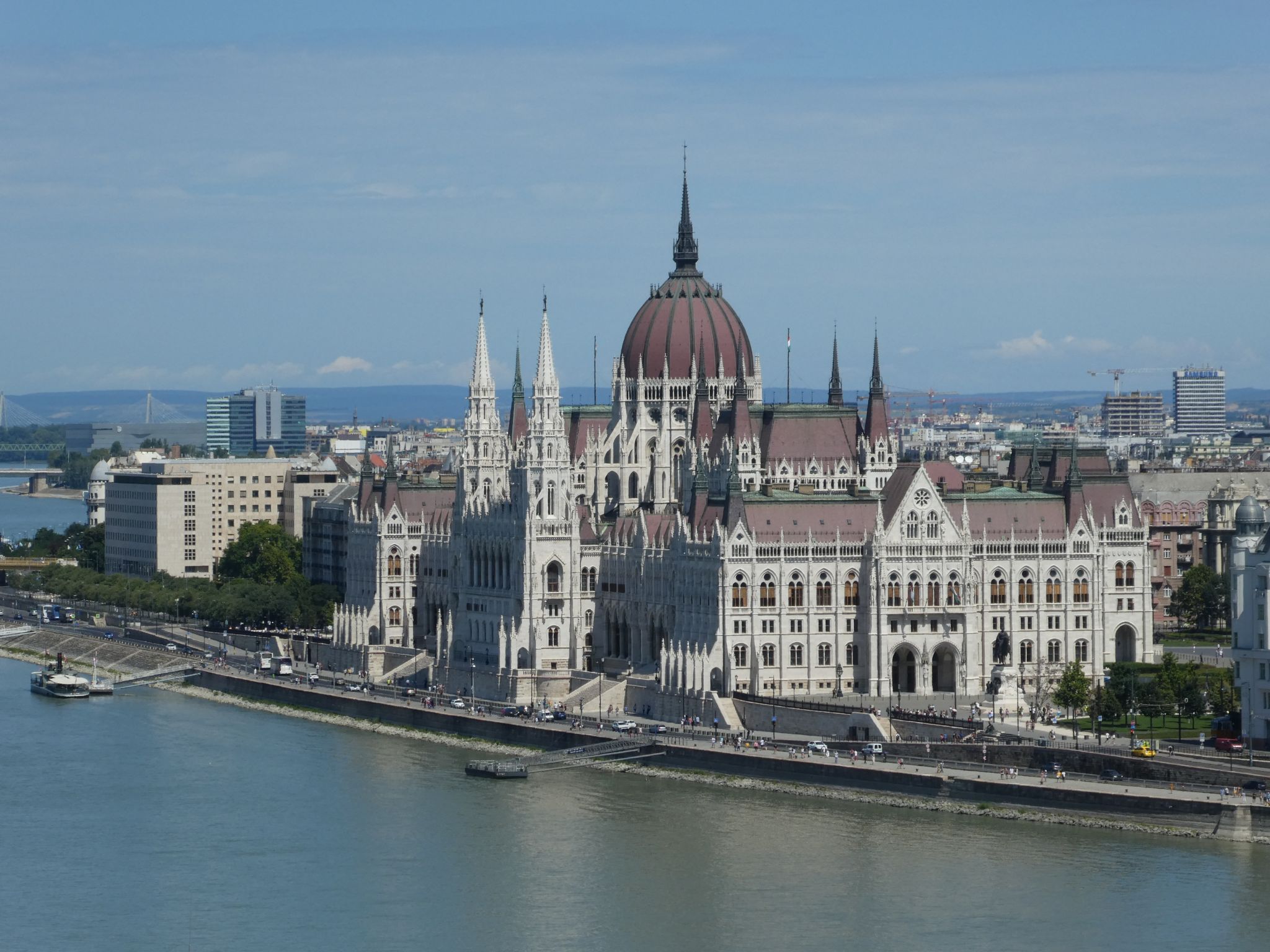 Budapest’s Dohány Street Synagogue is the largest in Europe, capable of seating 3,000.  It was built in the 1850s in Moorish Revival style with decorations based mainly on Islamic designs from North Africa and southern Spain.

The designer, Viennese architect Ludwig Förster believed that “no distinctive Jewish architecture could be identified” and so chose “architectural forms that have been used by oriental ethnic groups that are related to the Israelite people, and in particular the Arabs”.  One wonders what present day Israeli Jews would think of that. 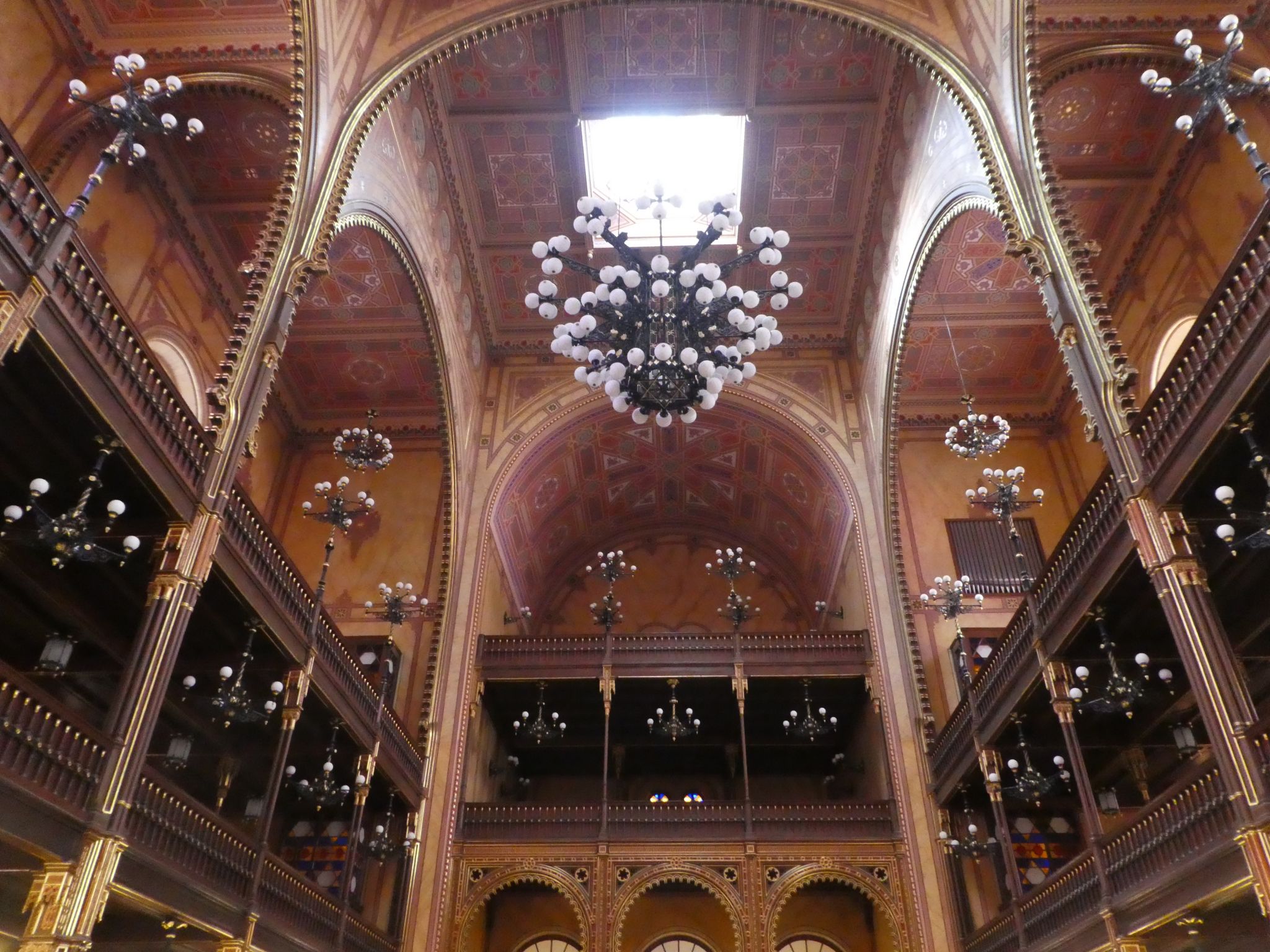 In 1993, Julie watched the National Ballet performing Midsomer Night’s Dream one night, a Puccini opera by the State Opera on another.  The productions were incredible, and you could buy tickets at the door for the equivalent of just a few dollars.  The Hungarian forint was virtually worthless and locals couldn’t afford such luxuries.

Now all that’s showing at the National Theatre is a long season of the musical, Mamma Mia.  Communism had its evils, but at least classical performing arts were valued.   As much as Julie loves ABBA, we eschewed Mamma Mia in favour of a string sextet performing Bach and Mozart in a baroque church near our digs.     There’s still good classical music to be found across the city.  It’s just not quite so affordable! 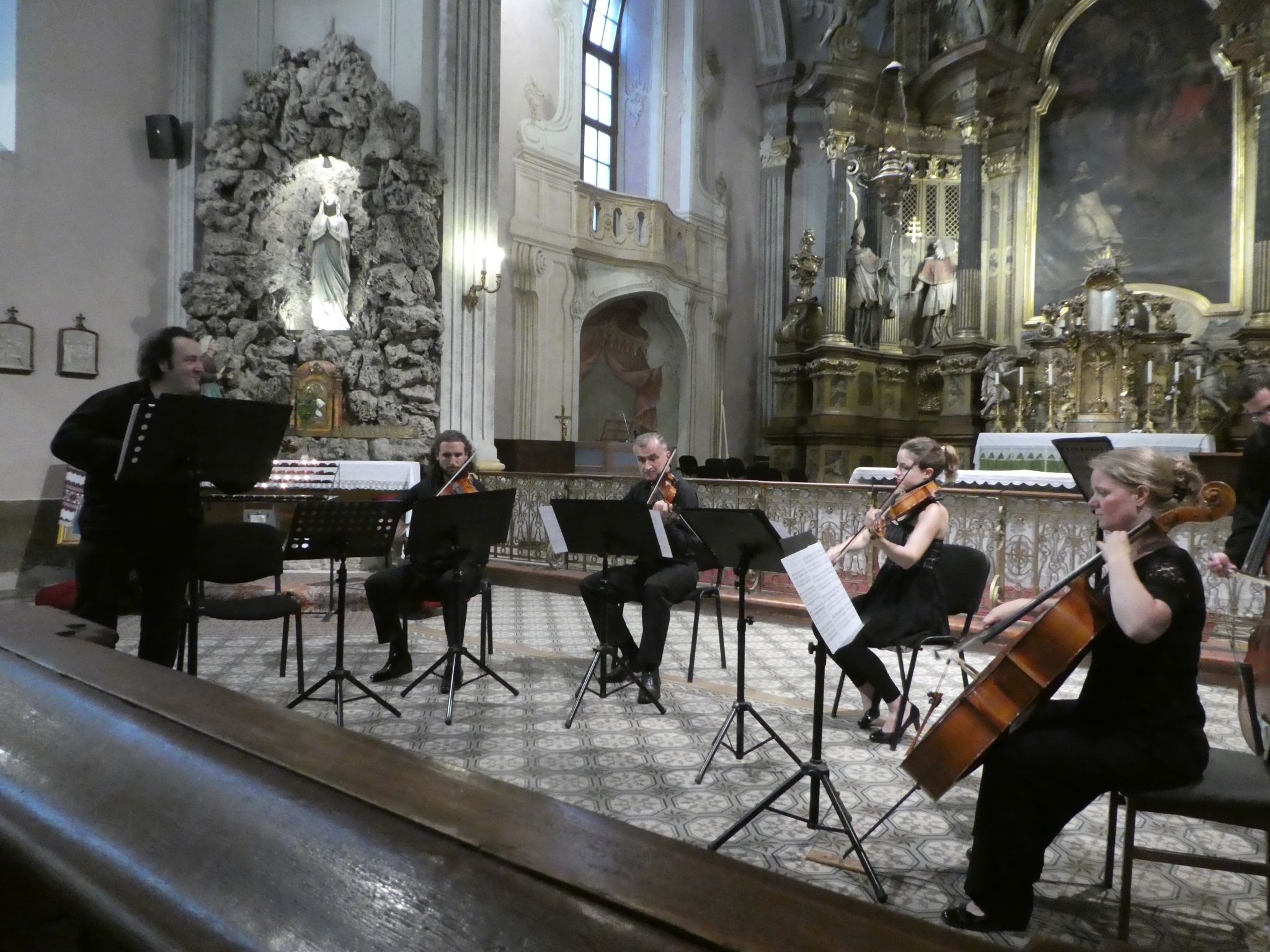 Unlike some other Eastern European countries, Hungary has a number of museums dedicated to its years behind the Iron Curtain.  The confronting House of Terror museum opened in 2002 in the building once used by the secret police and covers the fascist and Stalinist years.  It takes hours to work your way through the rooms which have hi-tech displays and unrelenting sound and lighting designed to mimic torture, or at least that’s how it seems by the end.

Also new since Julie’s previous visit is Memento Park, in the suburbs 10km from the city centre.  The park has some 40 statues from the communist era, including the obligatory Lenins. 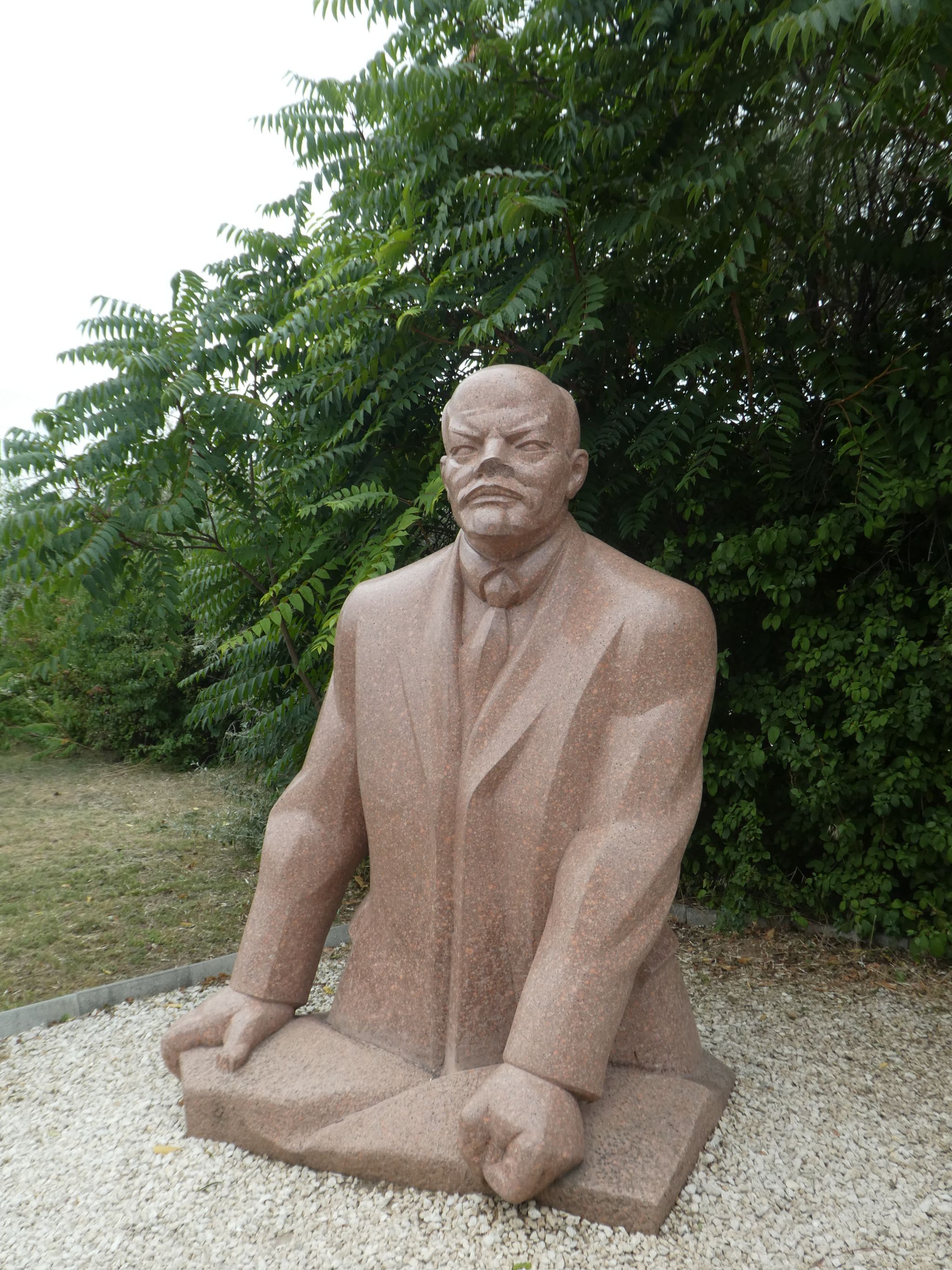 An absolute rarity, in a store room in a former bunker we spotted a bust of Stalin. 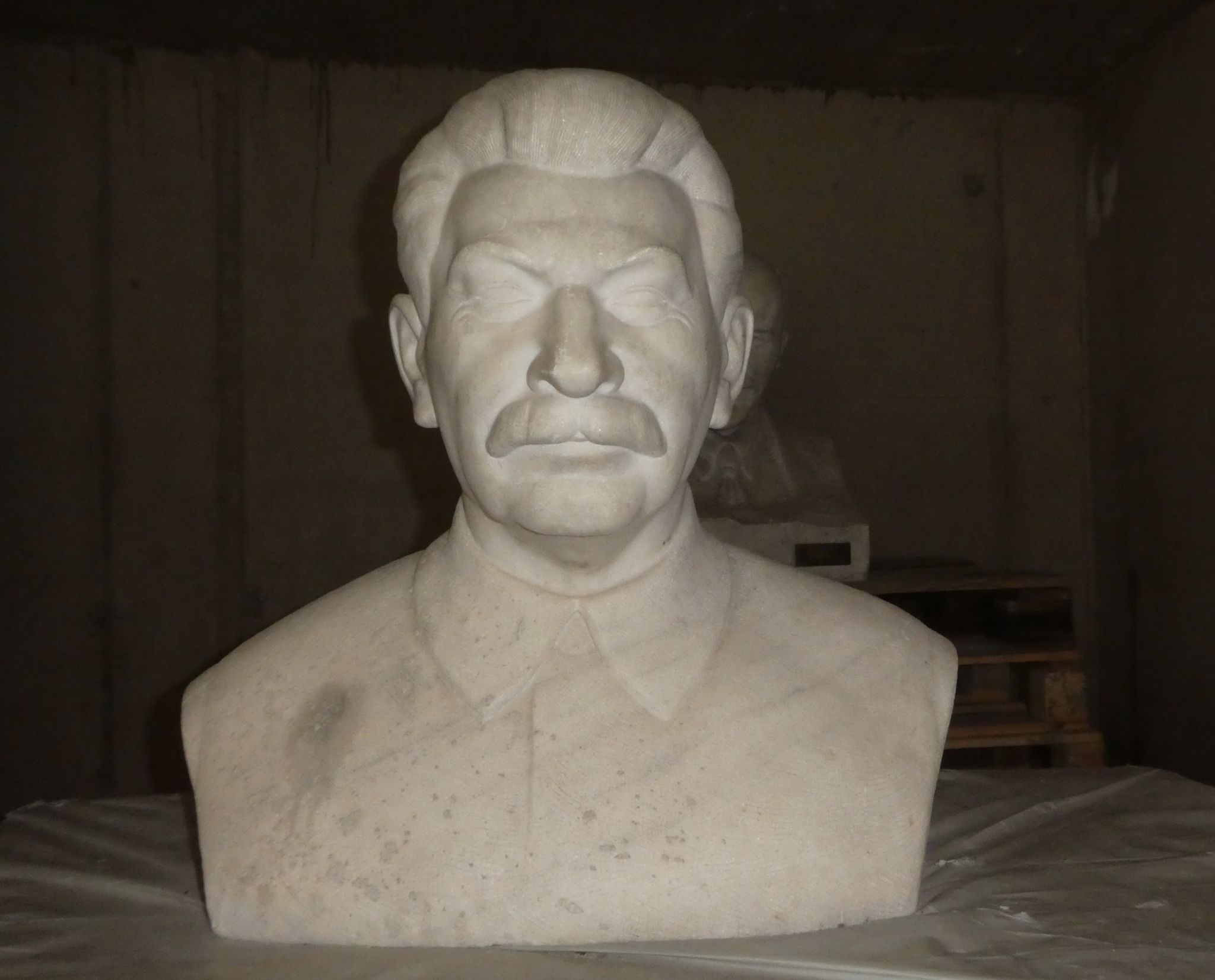 In 1951, a monstrous 25 metre high statue of Stalin standing on a 40 metre pedestal was erected in Budapest as a ‘gift to Stalin’ on his 70th birthday.

Uncle Joe died in 1953 and his successor Nikita Khrushchev denounced Stalin’s cult of personality at the Communist Party Congress in 1956.  Later that year, during the Hungarian Revolution, a crowd of 100,000 protestors chanting ‘Russia go home” toppled the Stalin Monument.  Only the boots remained secured to the pedestal.  A true-to-size replica sits outside the Memento Park gate. 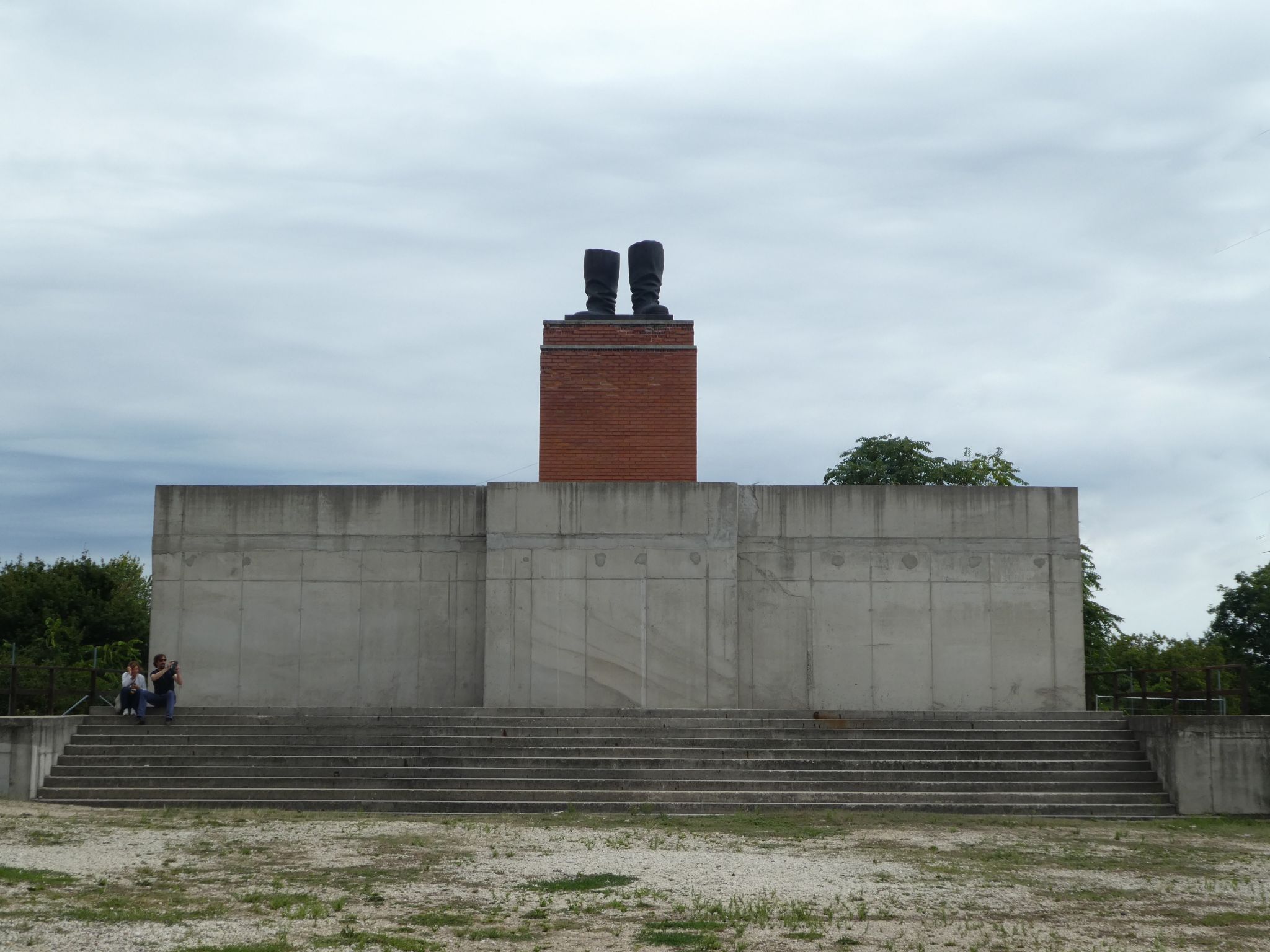 But best of all are the hilarious mega-statues of communist folk striding purposefully into the future.   Thank you random stranger for giving perspective on how tall these guys are. 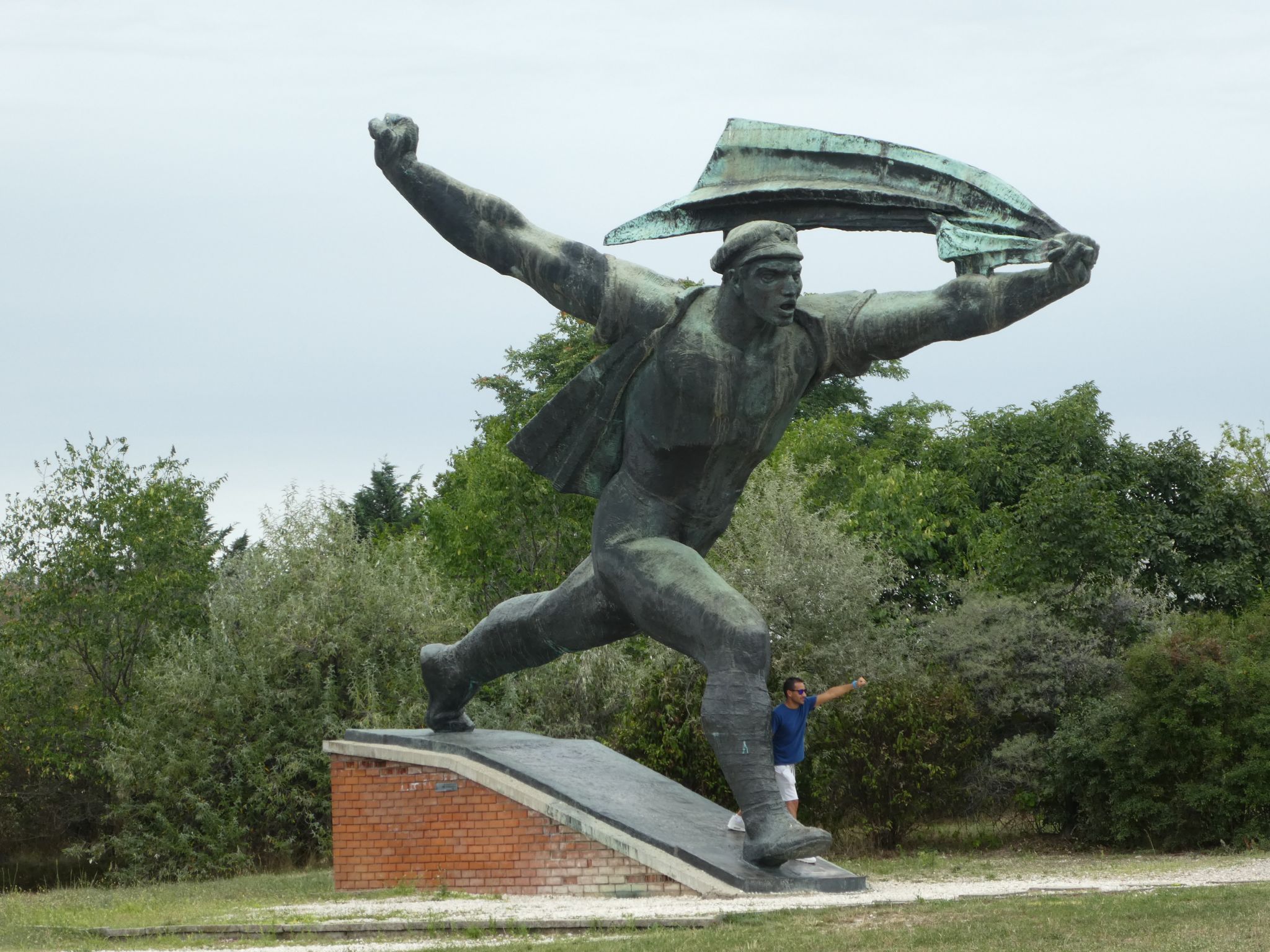 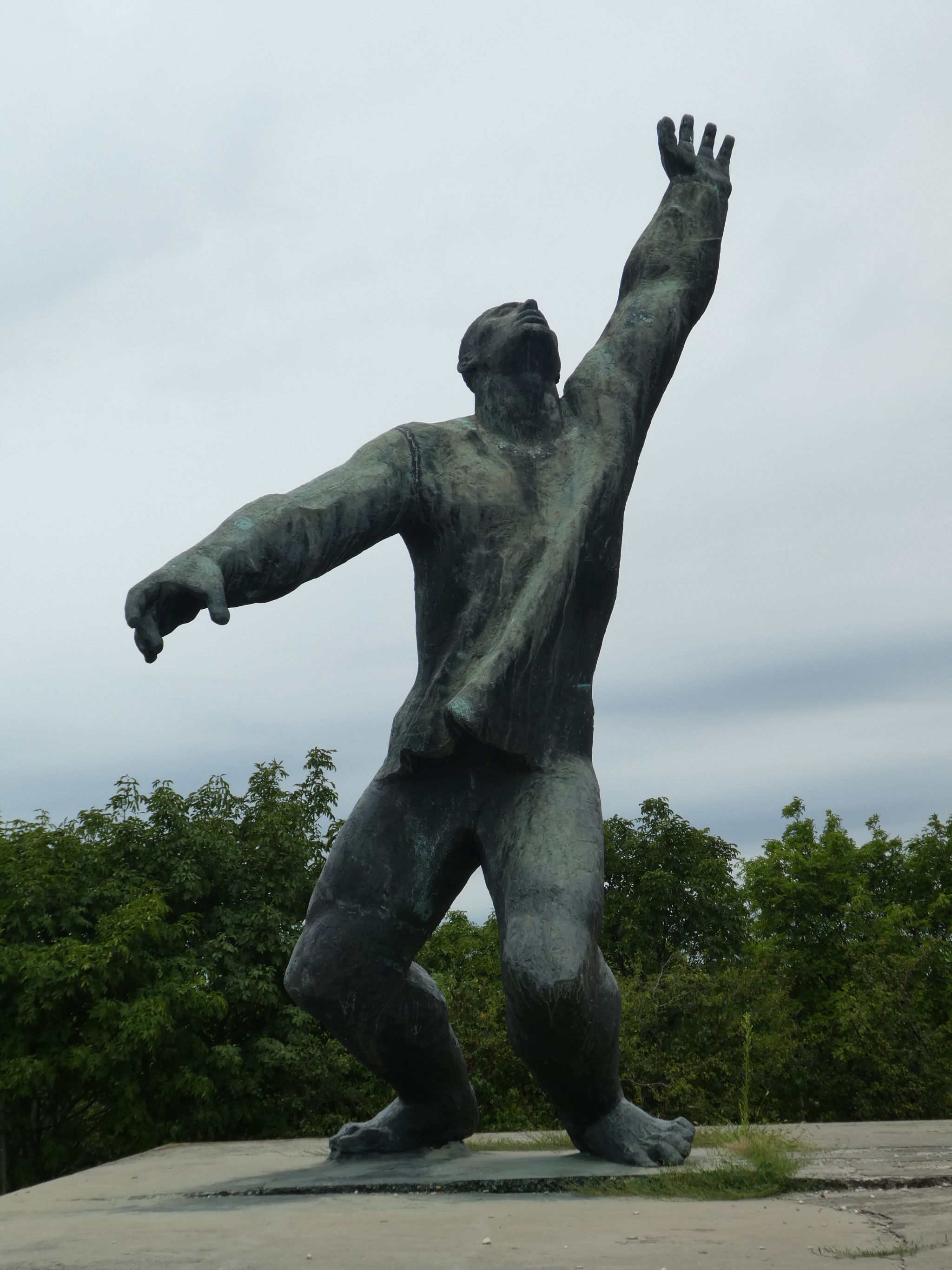 Year after year, Budapest is breaking records on tourist numbers.  In February 2019 it won Best European Destination in a worldwide visitor-voted competition, edging out Paris, London and Barcelona.  The flip side to all this lovin’, however, is that in 2018  Budapest was ranked fifth most over-touristed city in Europe (after Barcelona, Amsterdam, Venice and Milan).  Budapest is still worth a visit.  Just be prepared to share it with a lot of other visitors.