Slovenia is tiny – just 20,000 square kms and a population of 2 million.  It’s a little green jewel.  Almost 60% of the country is forest.  In 2016, it became the first country to be awarded status as a ‘green destination’ by the Netherlands-based organisation Green Destinations.  It scored 96% compliance with 100 prescribed sustainability criteria covering the environment, nature and biodiversity, culture and authenticity, and climate.

In the same year, the European Union awarded the country’s capital, Ljubljana, the title of Europe’s Greenest Capital.  Ljubljana champions it’s sustainability and environmental focus with initiatives such as ‘green mobility’ – the inner city centre has been closed to traffic since 2012 and there’s a comprehensive free bicycle sharing system, with none of those ugly racks obscuring pedestrian access.

You really can see it working.  The traffic is minimal and everyone does seem to get around on bicycles.   And we didn’t see a single abandoned bike – unlike London, Paris and even Melbourne where companies have had persistent problems with vandalism, abandonment and users simply throwing bikes in the river. 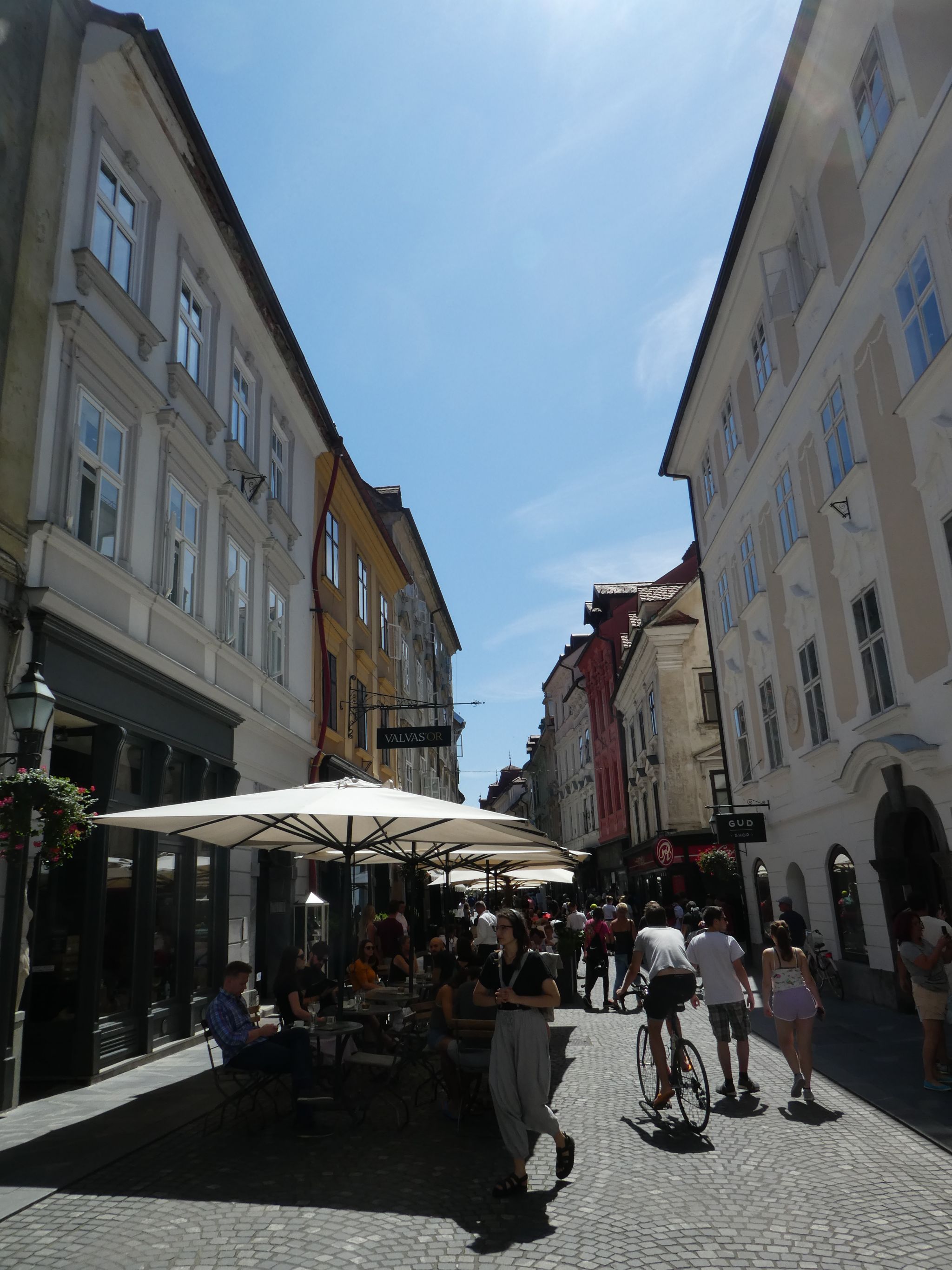 The city is absolutely spotless. 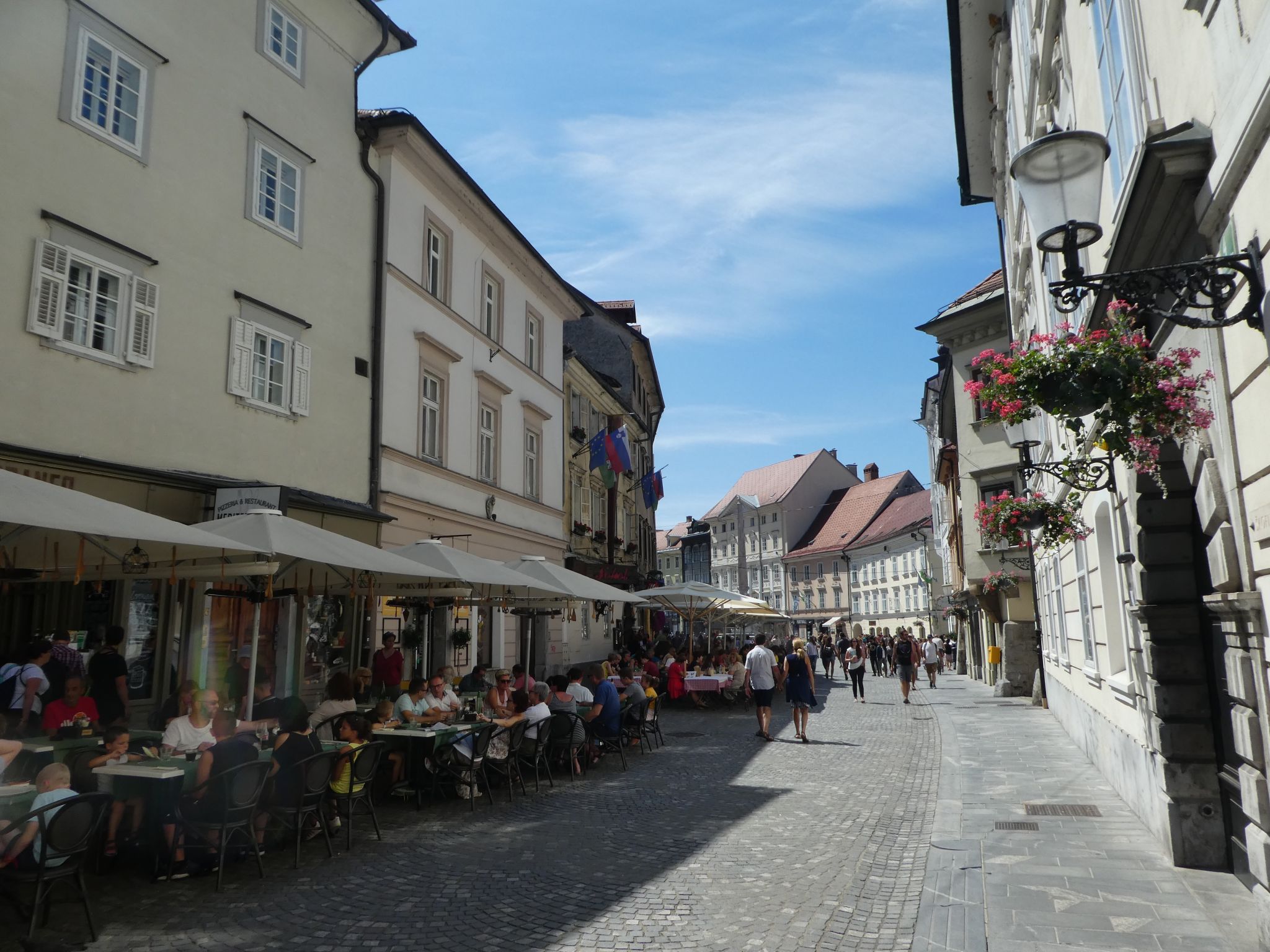 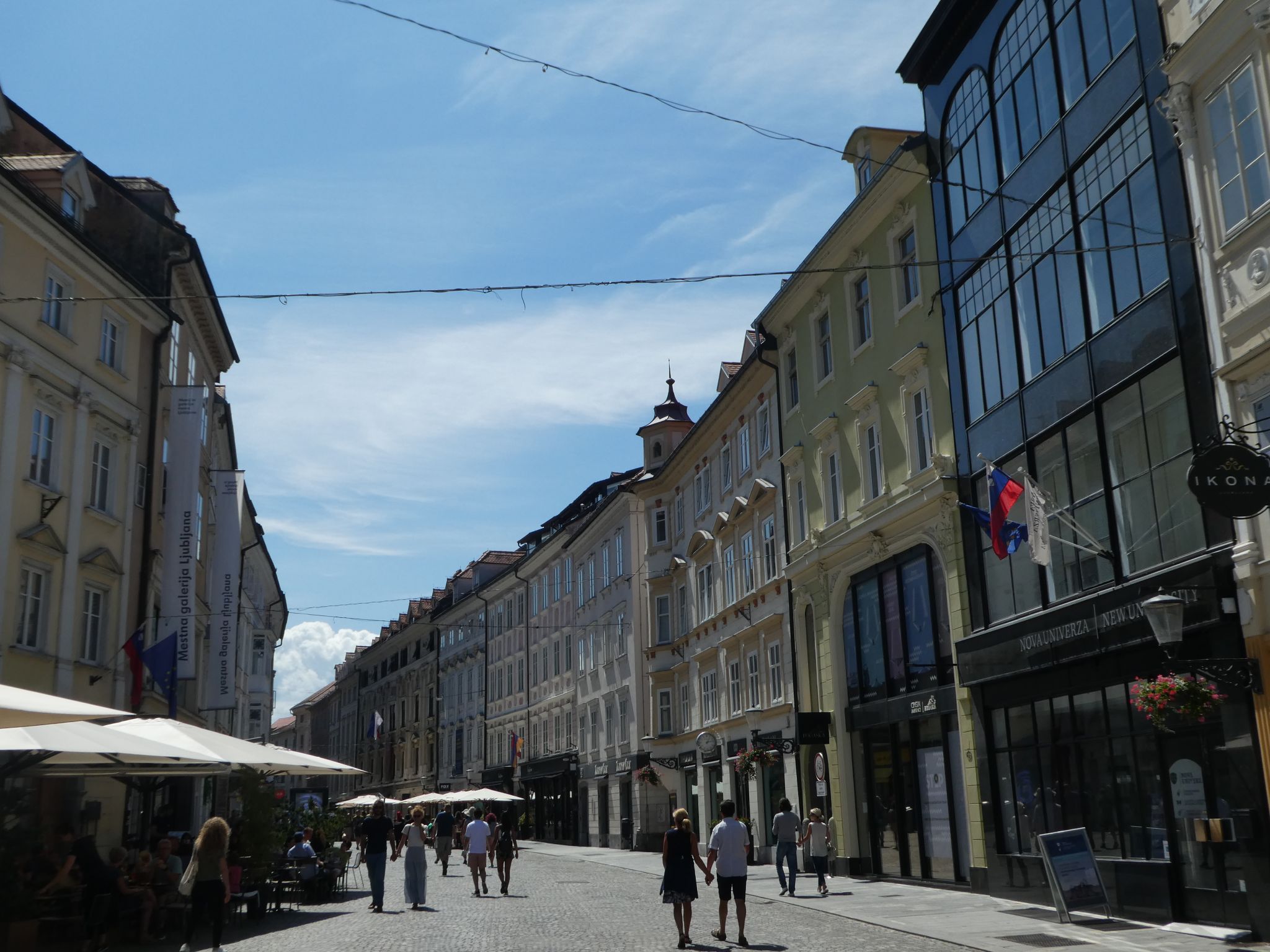 A funicular ferries tourists up to Ljubljana Castle on a 375 metre high hill overlooking town. 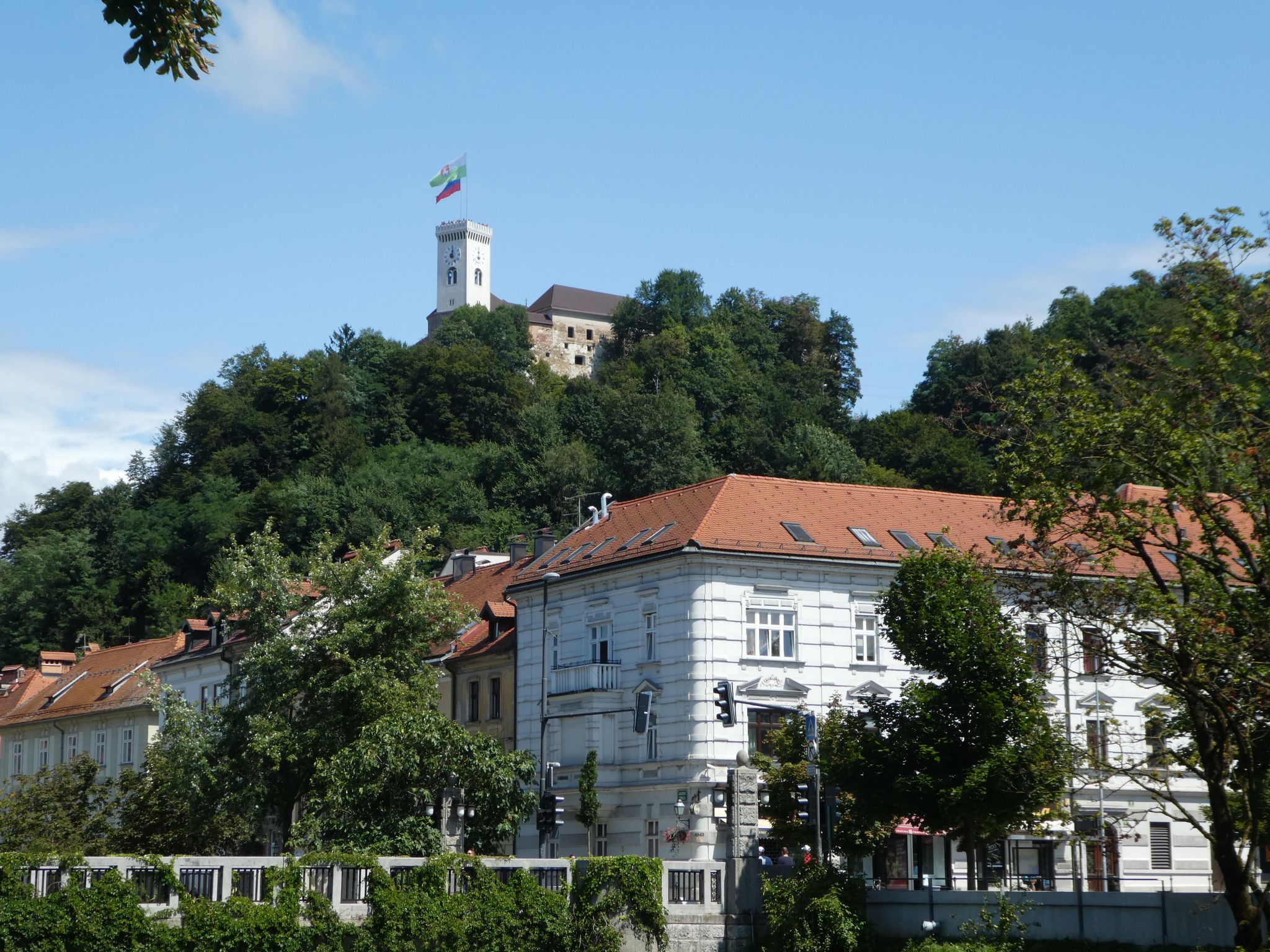 The views down reveal just how exquisitely clean and well maintained the city centre is. 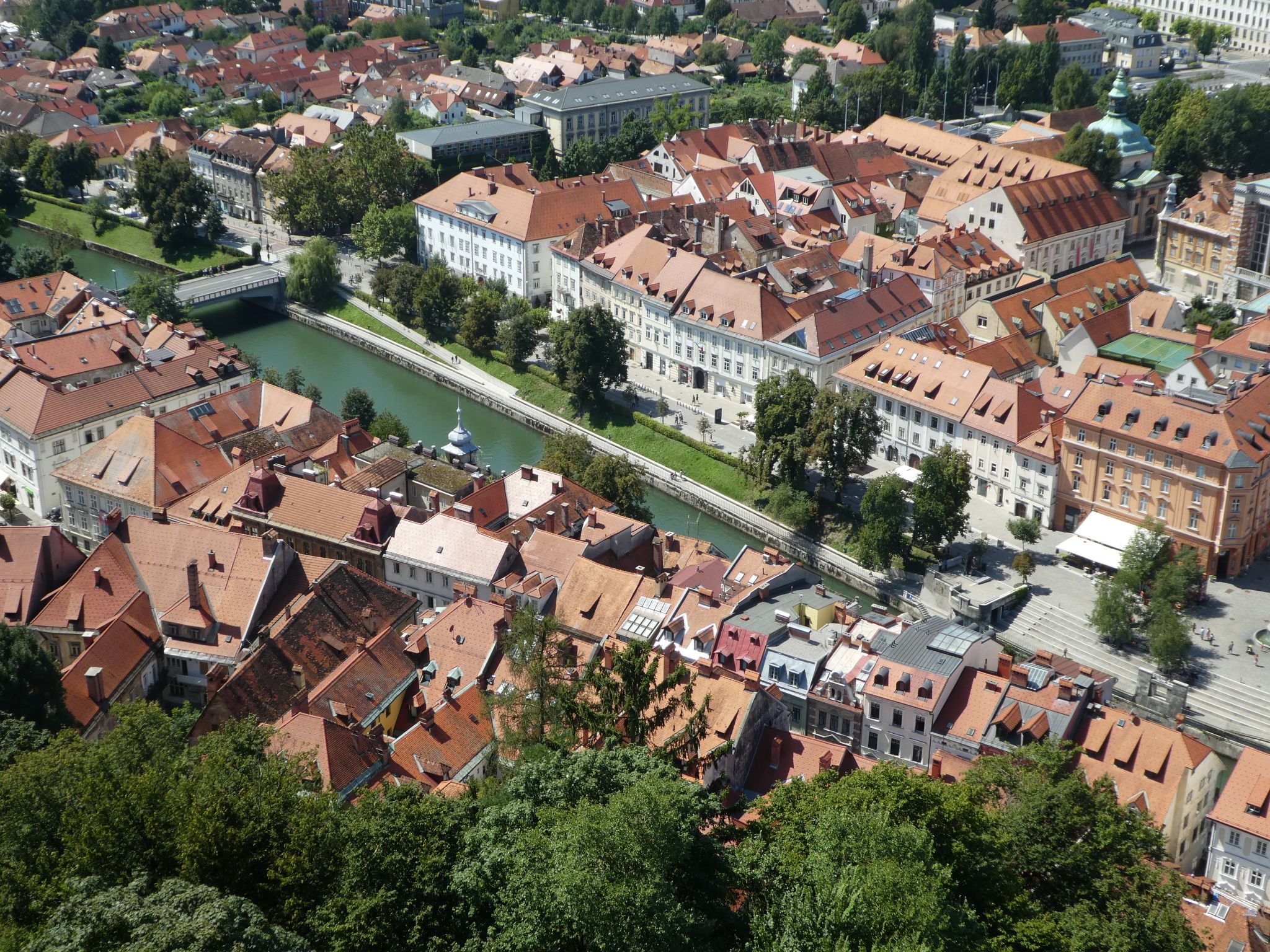 The castle walls and towers are restored but inside the complex it’s not so much a castle as a series of exhibition and performance spaces.

There are several interesting permanent exhibitions including a cool one on the history of puppetry in Slovenia.  There are also spaces for temporary exhibitions like this one by a famous Slovenian costume designer, Alan Hranitelj, called Mad Hatters Wardrobe with dozens of mannequins dressed in fantasy creations.  Here’s just one. 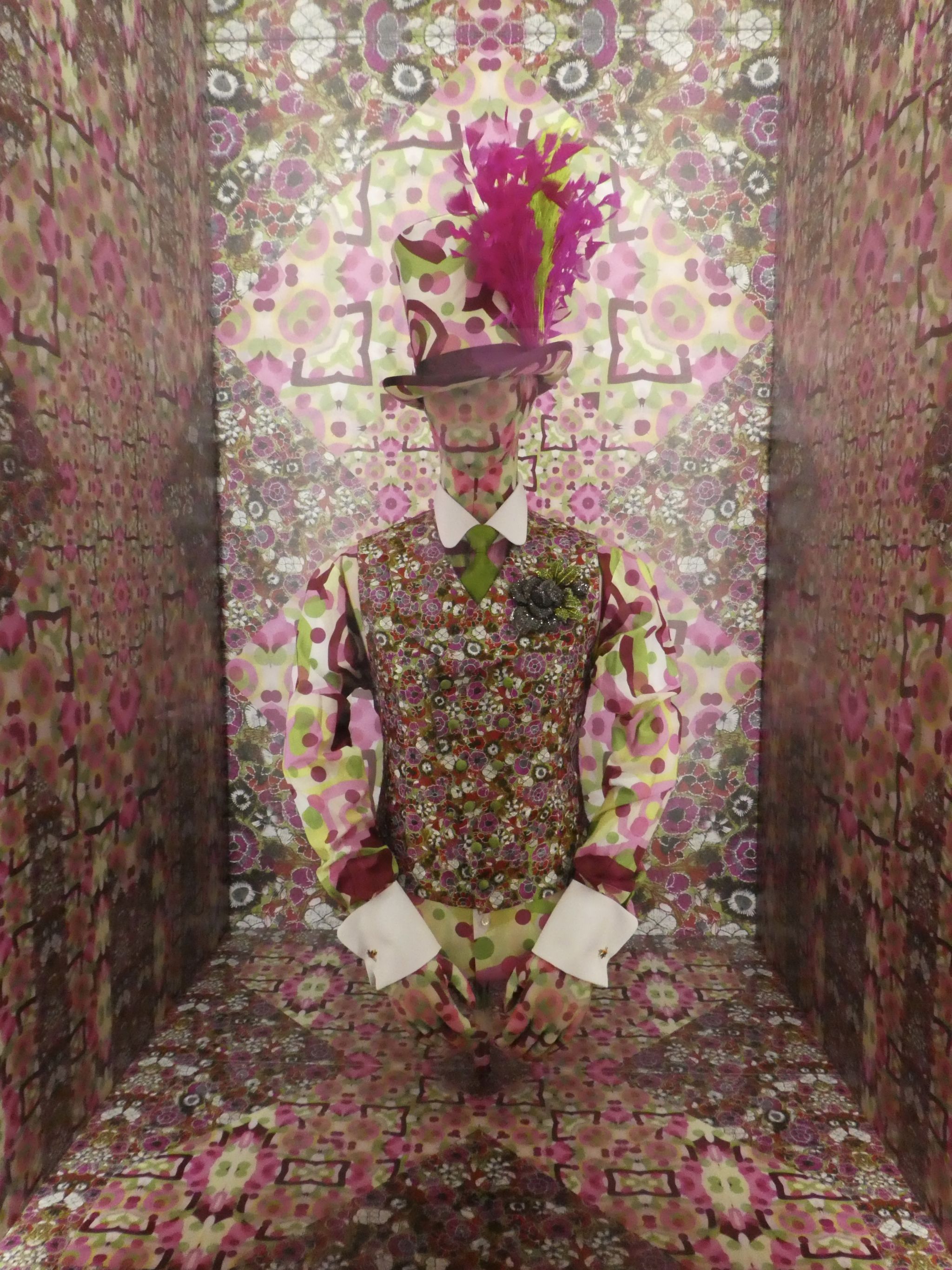 The Ljubljanica River winds through the city heart.  It’s as scrupulously clean as the streets. 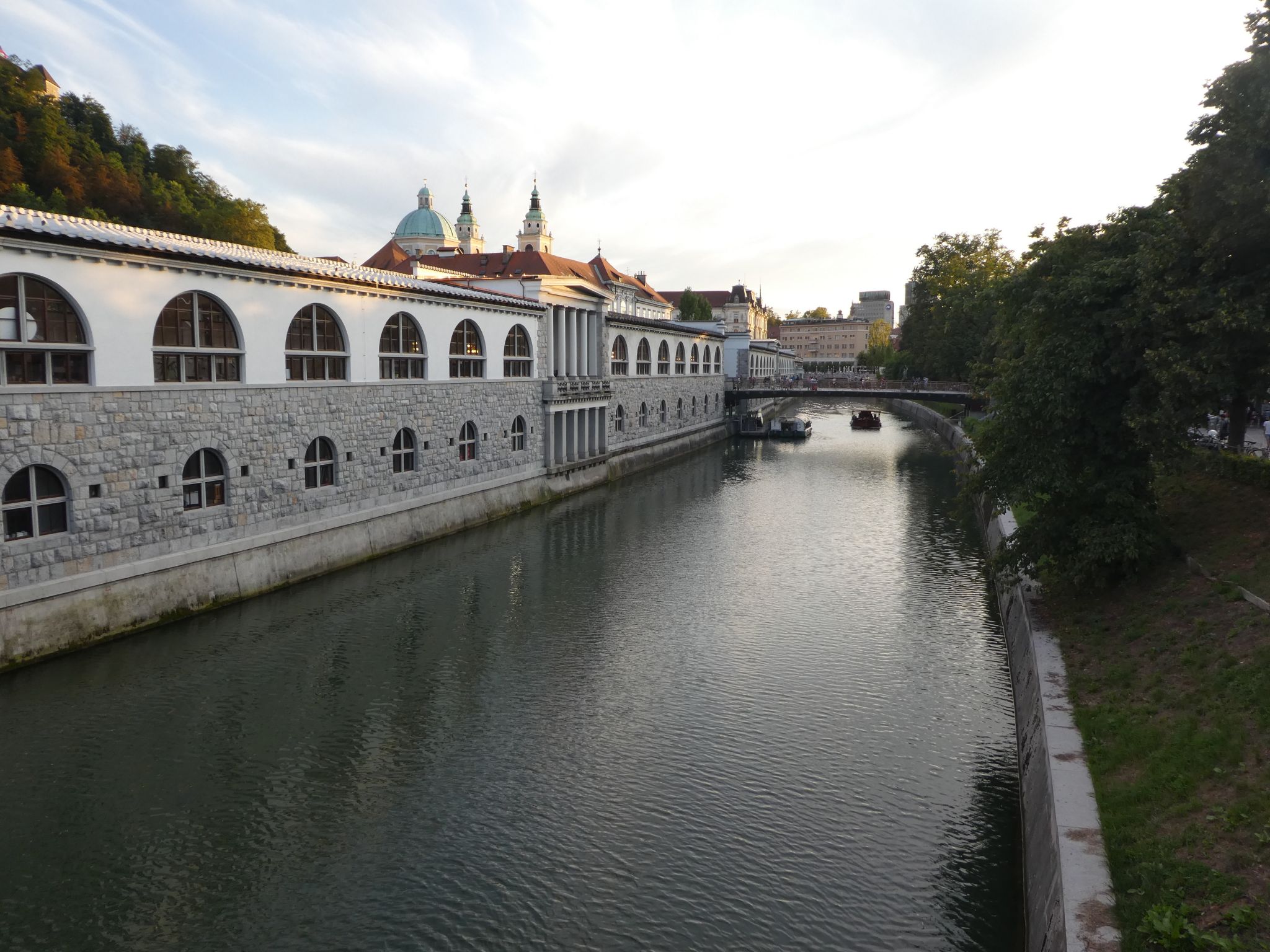 Small boats will take you on a leisurely trip along the river.  Passing under many bridges and meandering past the city’s historic buildings, it’s not long before the city thins out to green parks, rowing clubs, paddleboarders and fishing spots. 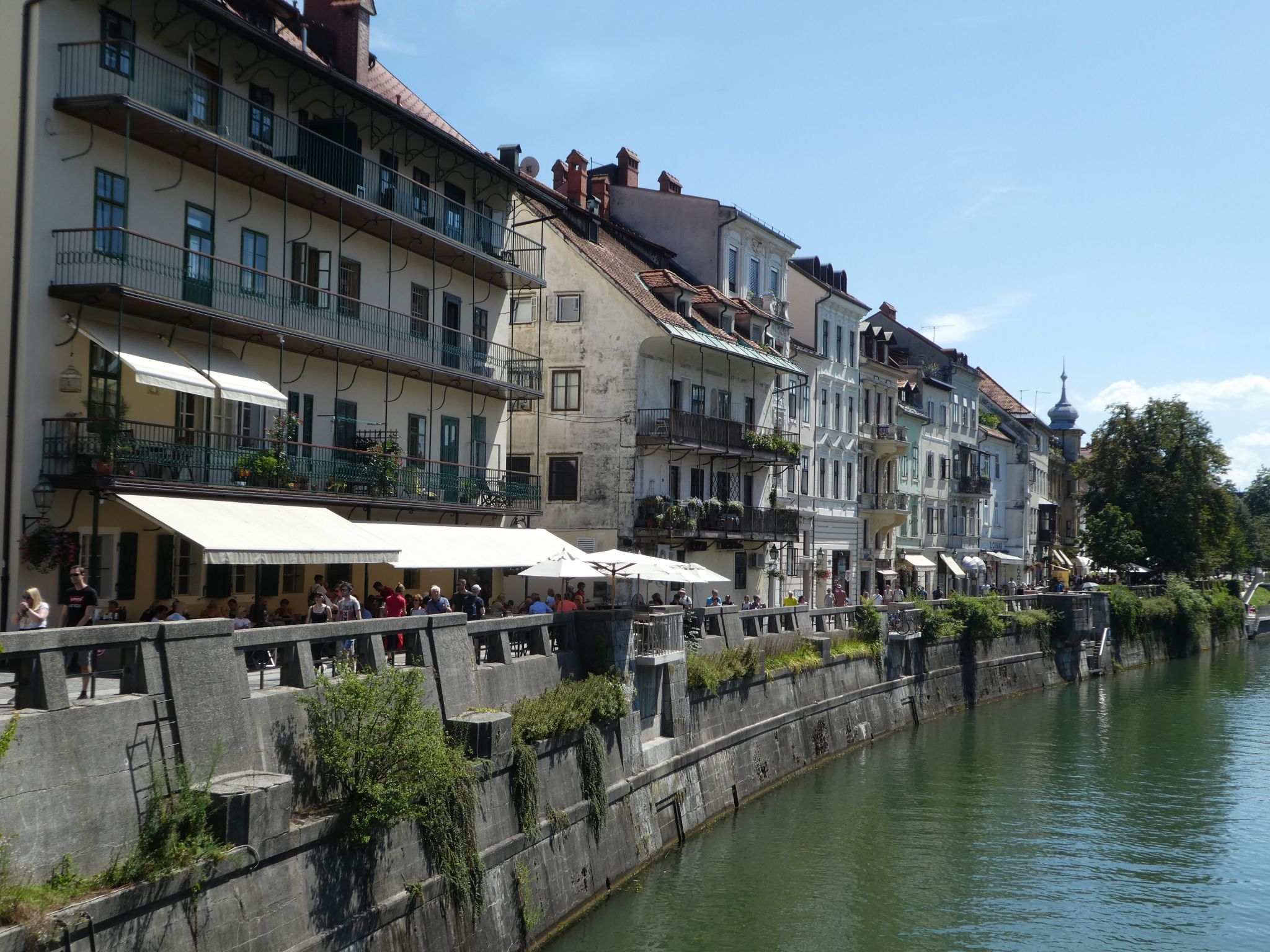 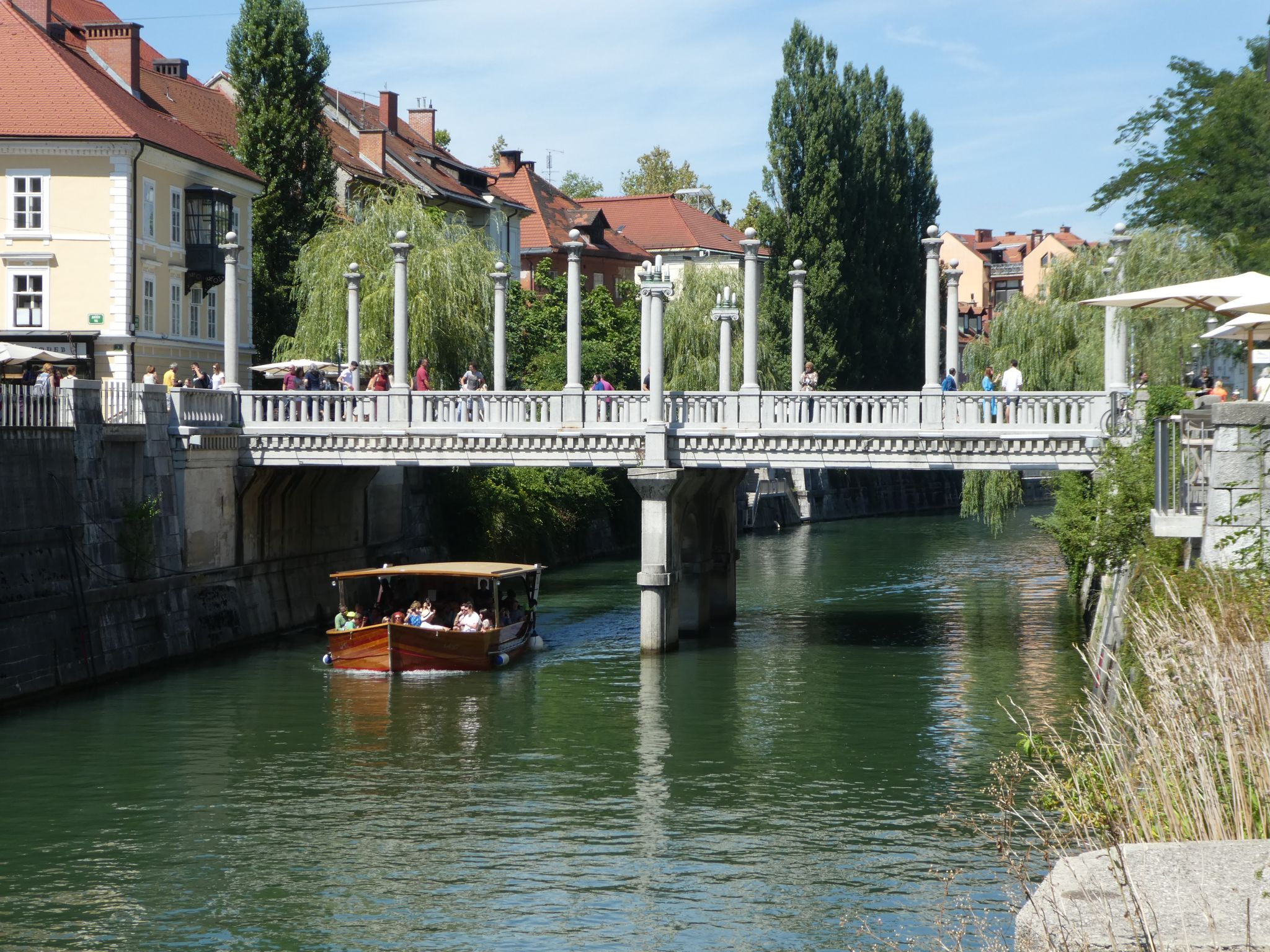 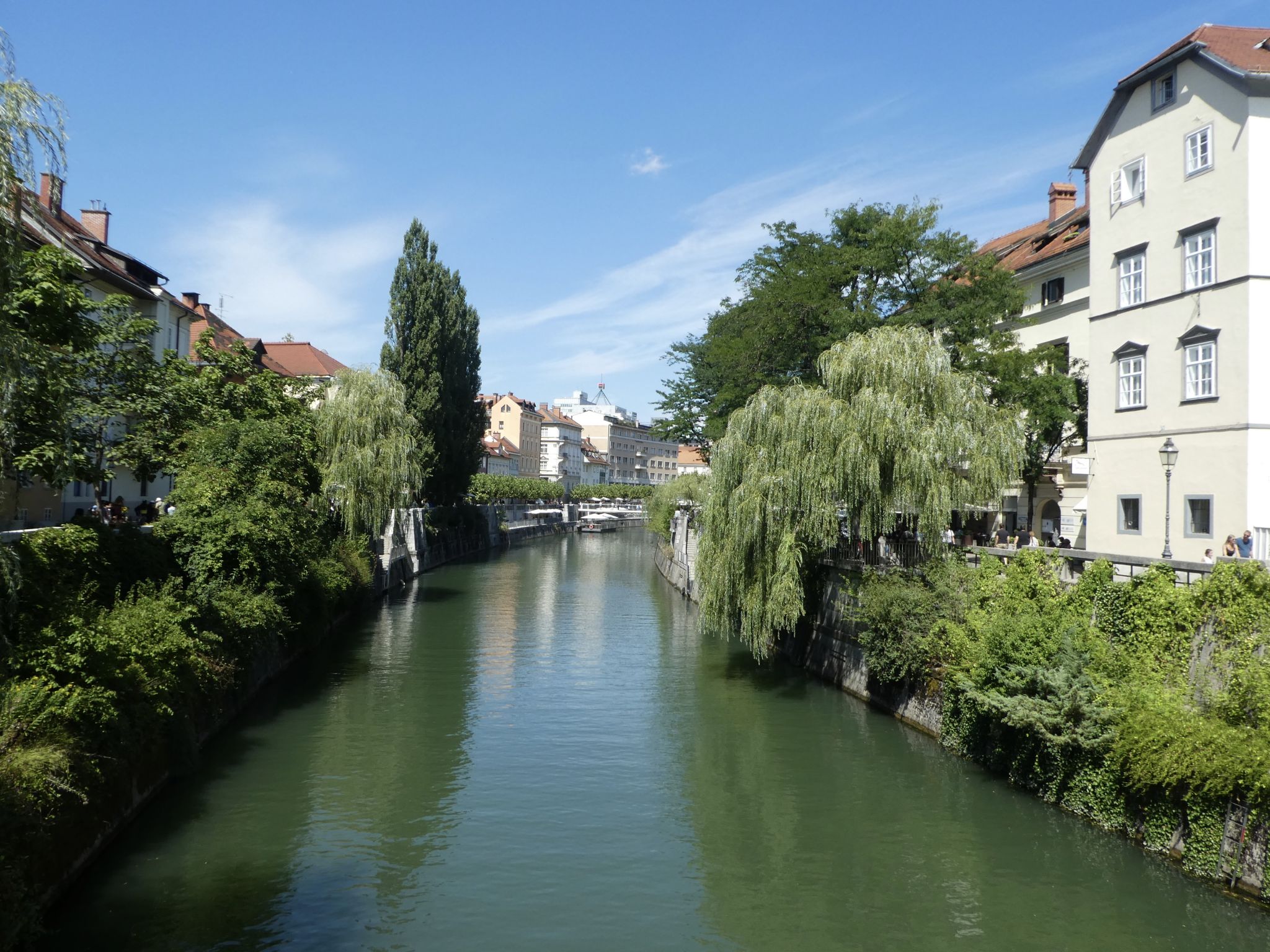 The Central Market fills an open air plaza with stalls selling produce and fabulous street food.  Grab a panini stuffed with porchetta or meat from monstrous beef ribs, and a seat in the sun.  Stalls sell wine from their own vineyards – in a real glass, not a plastic cup.  A €5 deposit ensures you return the glass – so stall holders get their own glasses back and there’s no plastic waste, no broken glass and no need to employ anyone to clear tables.  A win for everyone and for the environment. 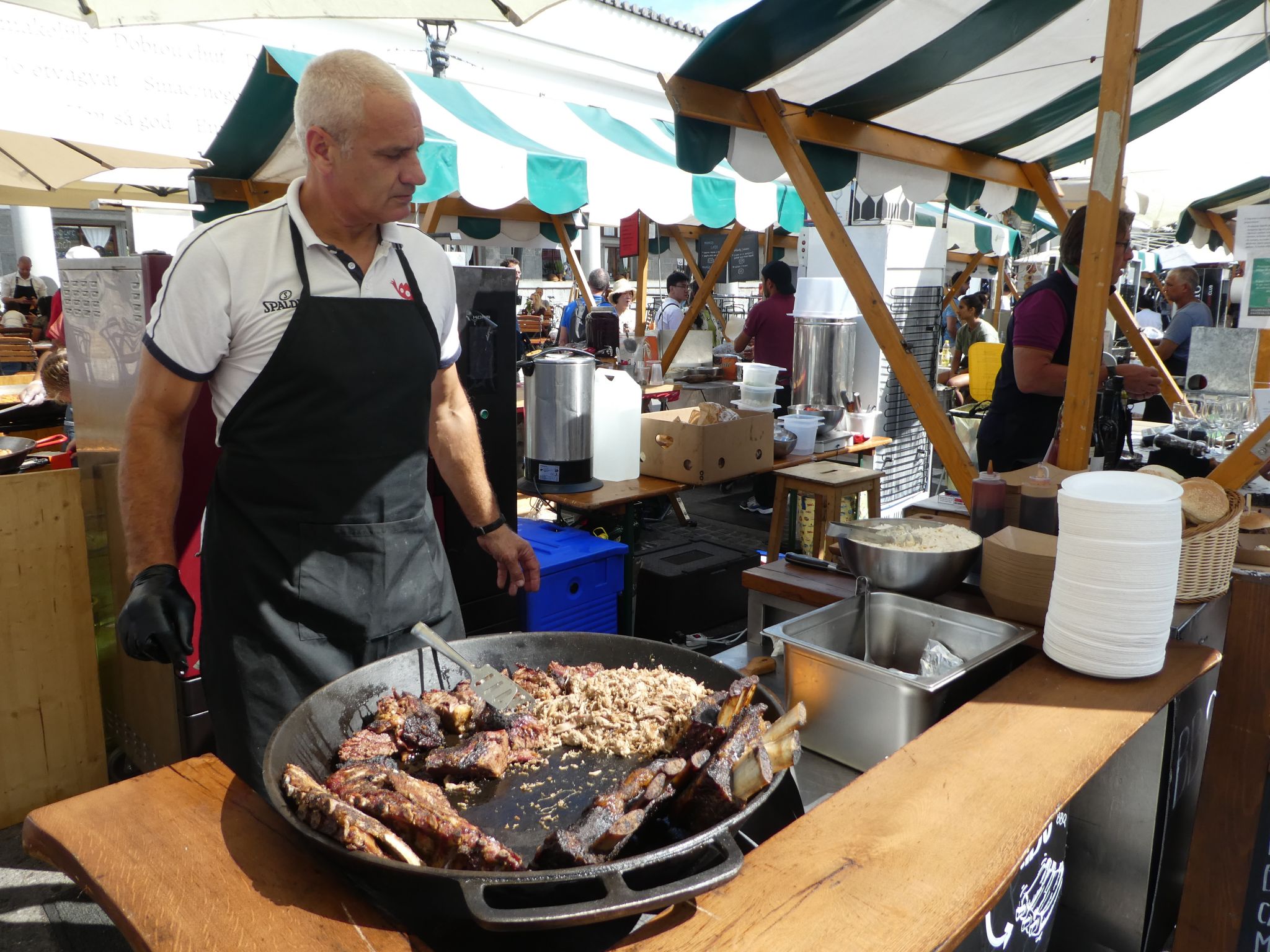 The fur kids of Ljubljana don’t miss out on treats either. 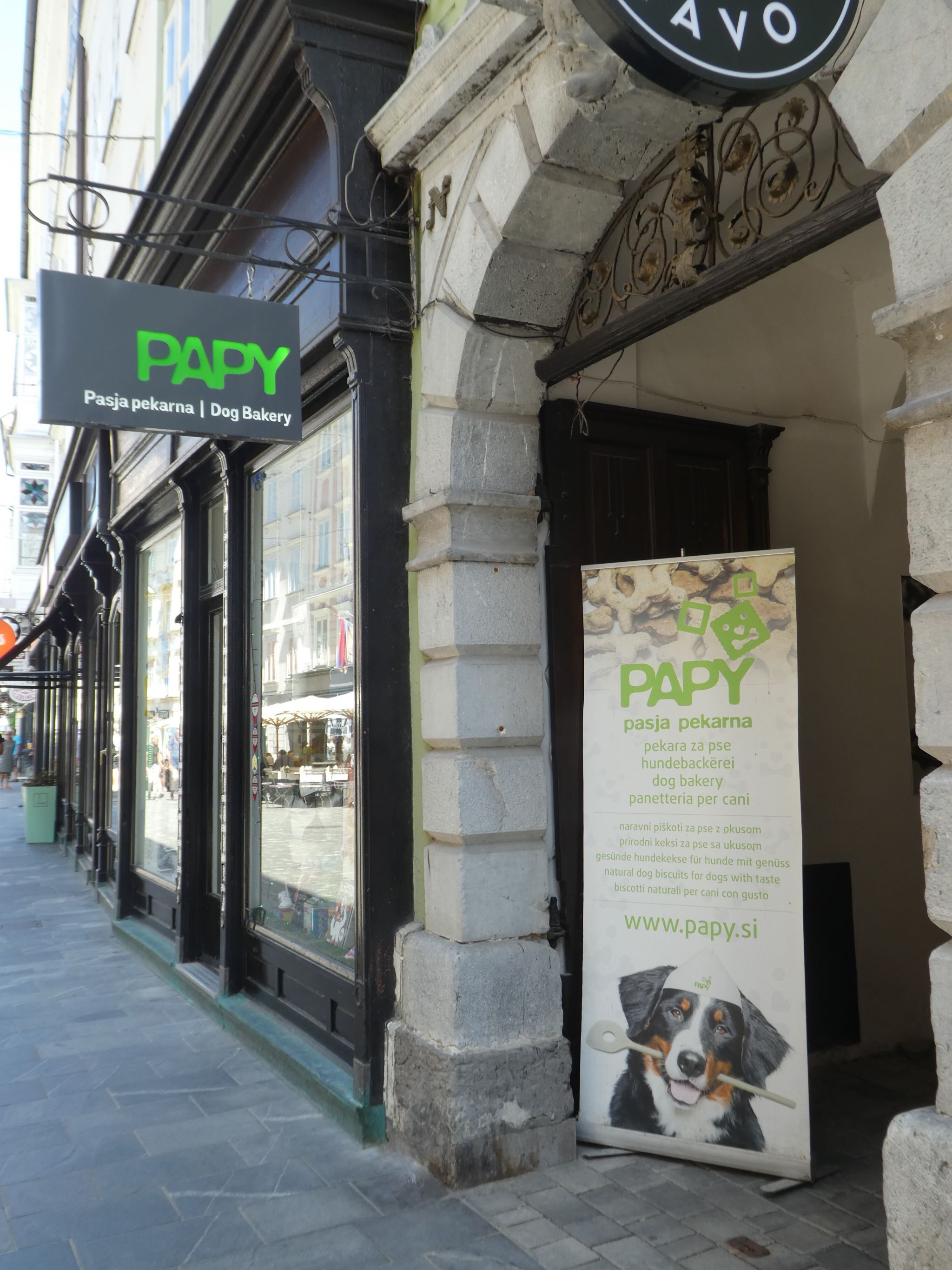 There are more registered dogs in Slovenia than there are children under nine – and that’s just another reason to like this place!

We didn’t think it was possible, but Lake Bled really is as beautiful as the pictures you see of it.  A complete circuit of the lake is about 6km, completely flat, and in warm, clear September, a total delight.

Amazingly, most of it has been maintained as public space, so apart from a few areas the path follows the shore.  The views across to Bled Island are magnificent. 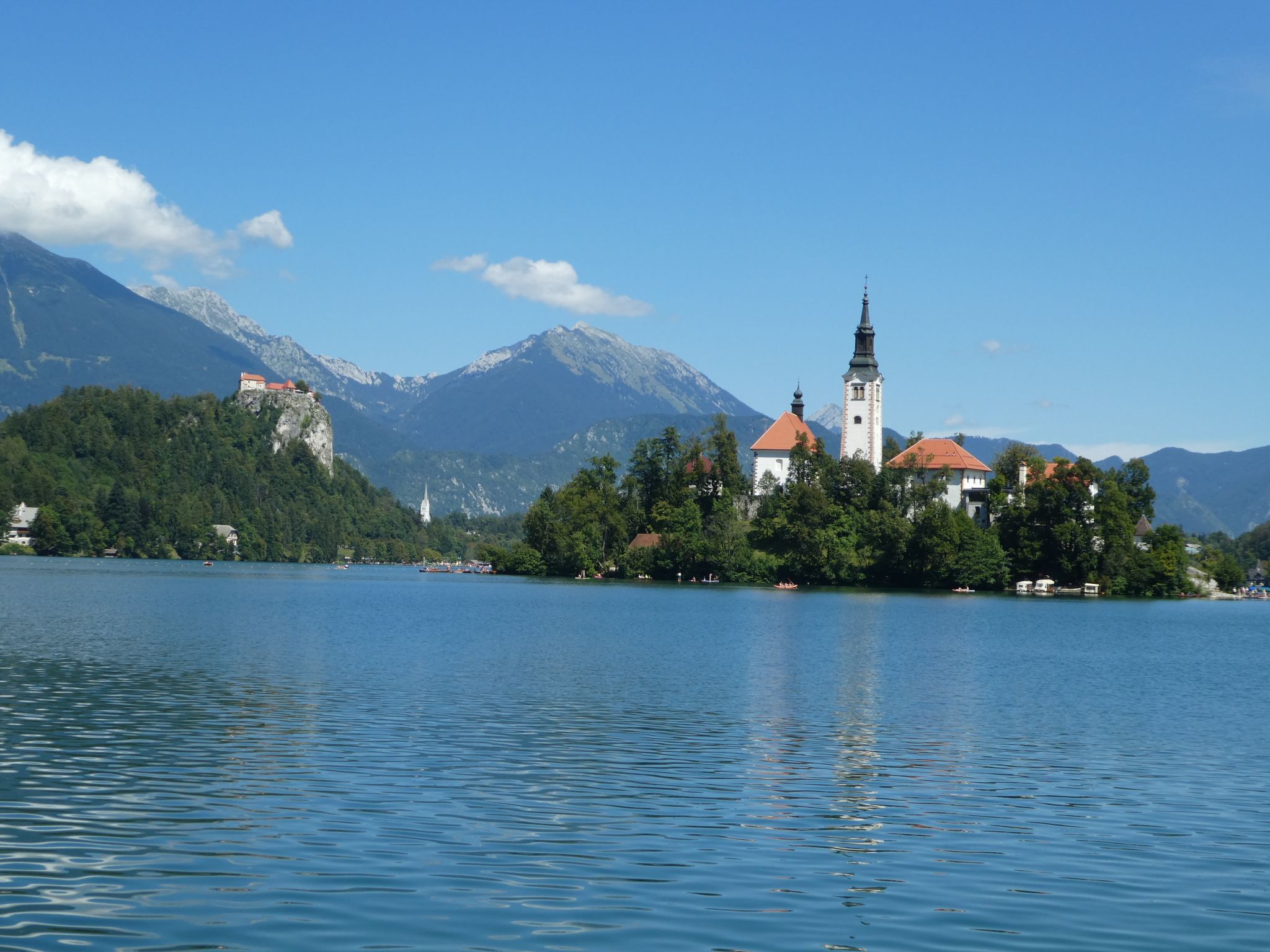 Villa Bled, now a hotel, was built as a summer house for Marshall Tito. 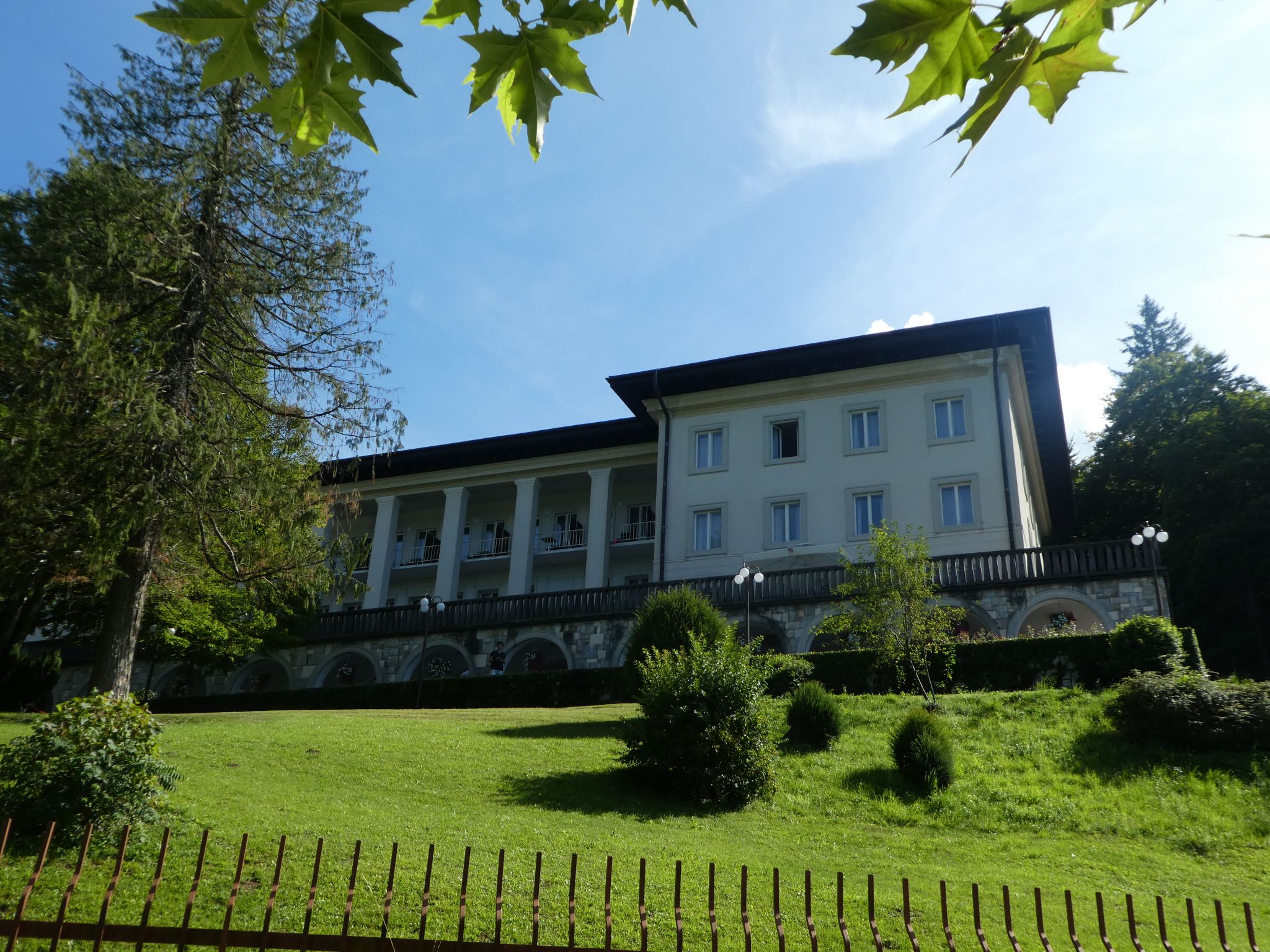 And there’s quite a few other elegant houses dotted around the lake. 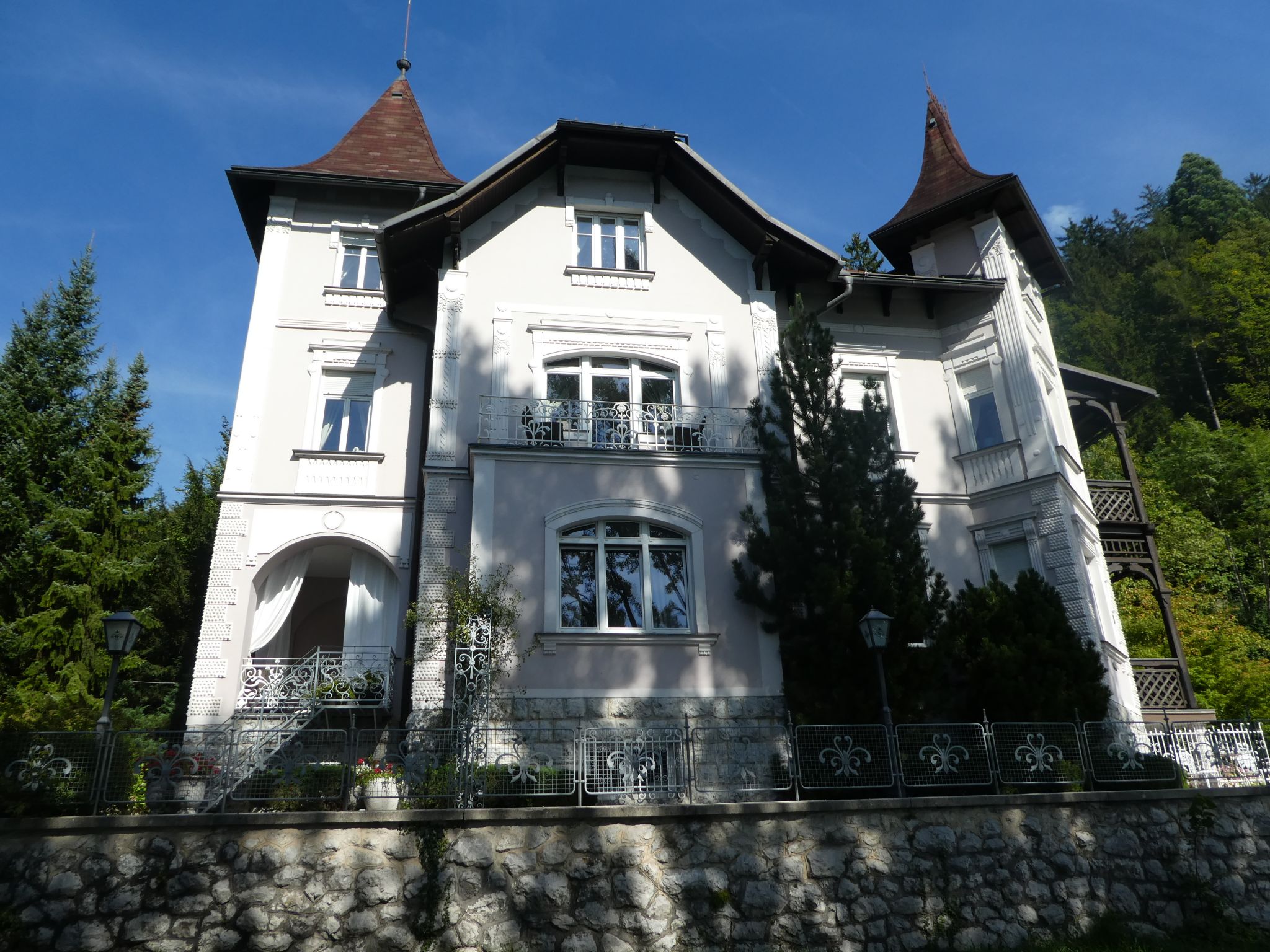 The lake is fed by thermal springs which keep the water at a very pleasant 26 degrees in the summer.  It’s popular for swimming, boating and paddle boarding.  There’s even an Olympic standard rowing facility. 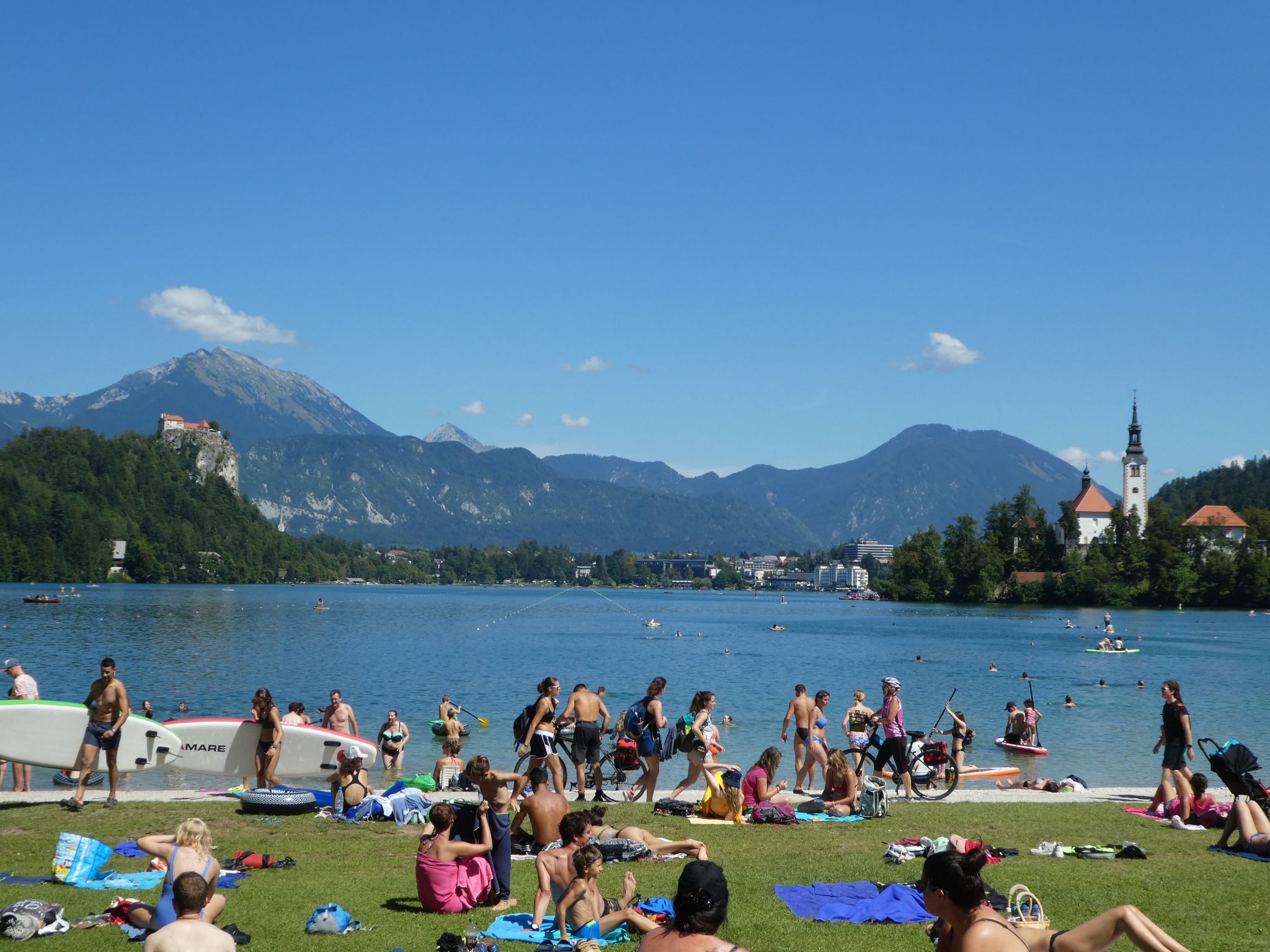 Electric and row boats ferry visitors across to Bled Island, where it’s a local tradition for grooms to carry their bride up the stairs to the church.  Now that’s a sign of true love. 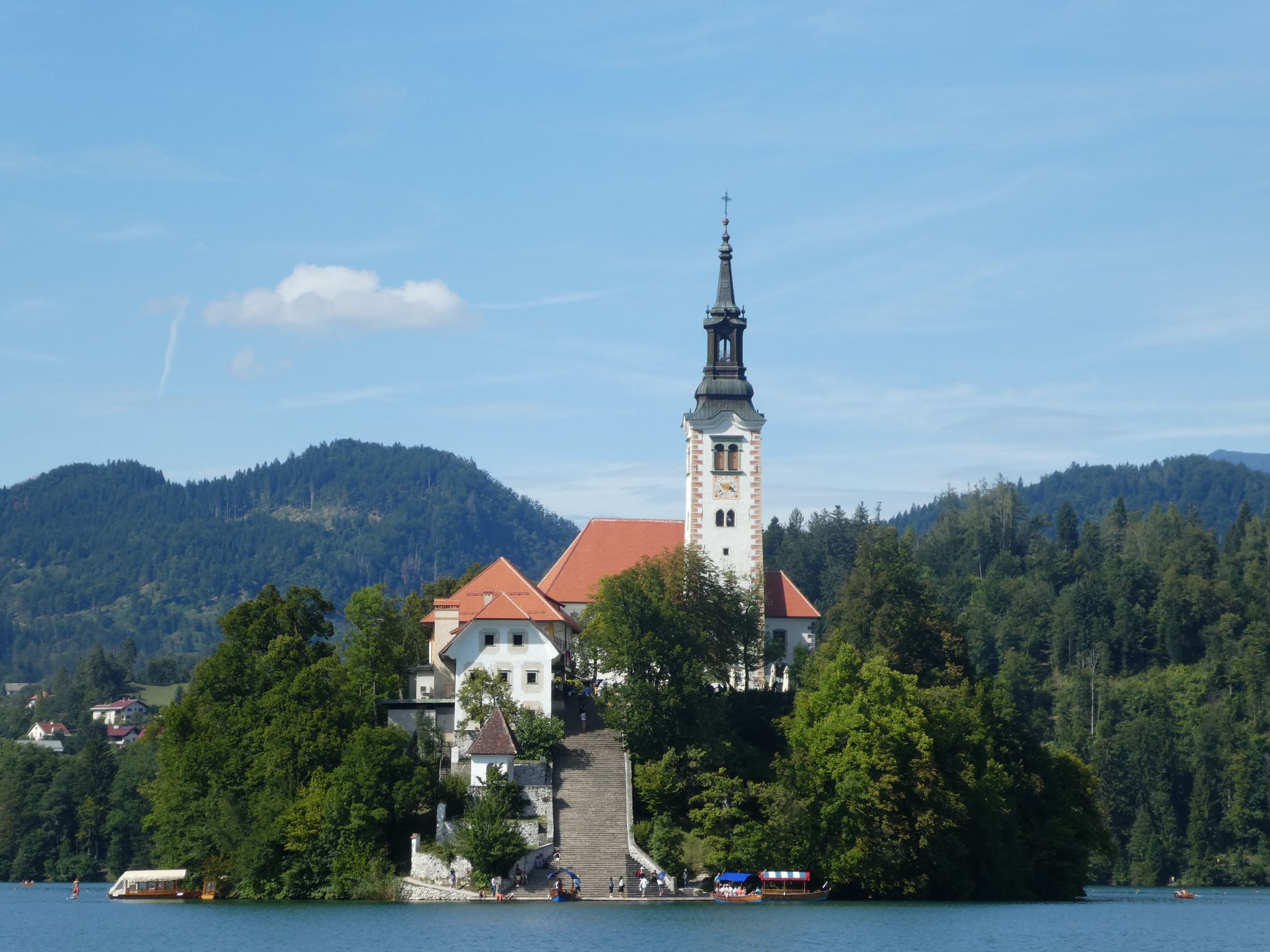 But if you want to get ‘that’ shot of Bled Island, you need to take the short, steep hike up to Mala Osojnica.  Don’t believe the histrionic blog posts – it’s a well defined, easy trail, not particularly steep and there’s no ‘scary’ cliff-hugging bits.  And it’s absolutely worth it for that iconic view. 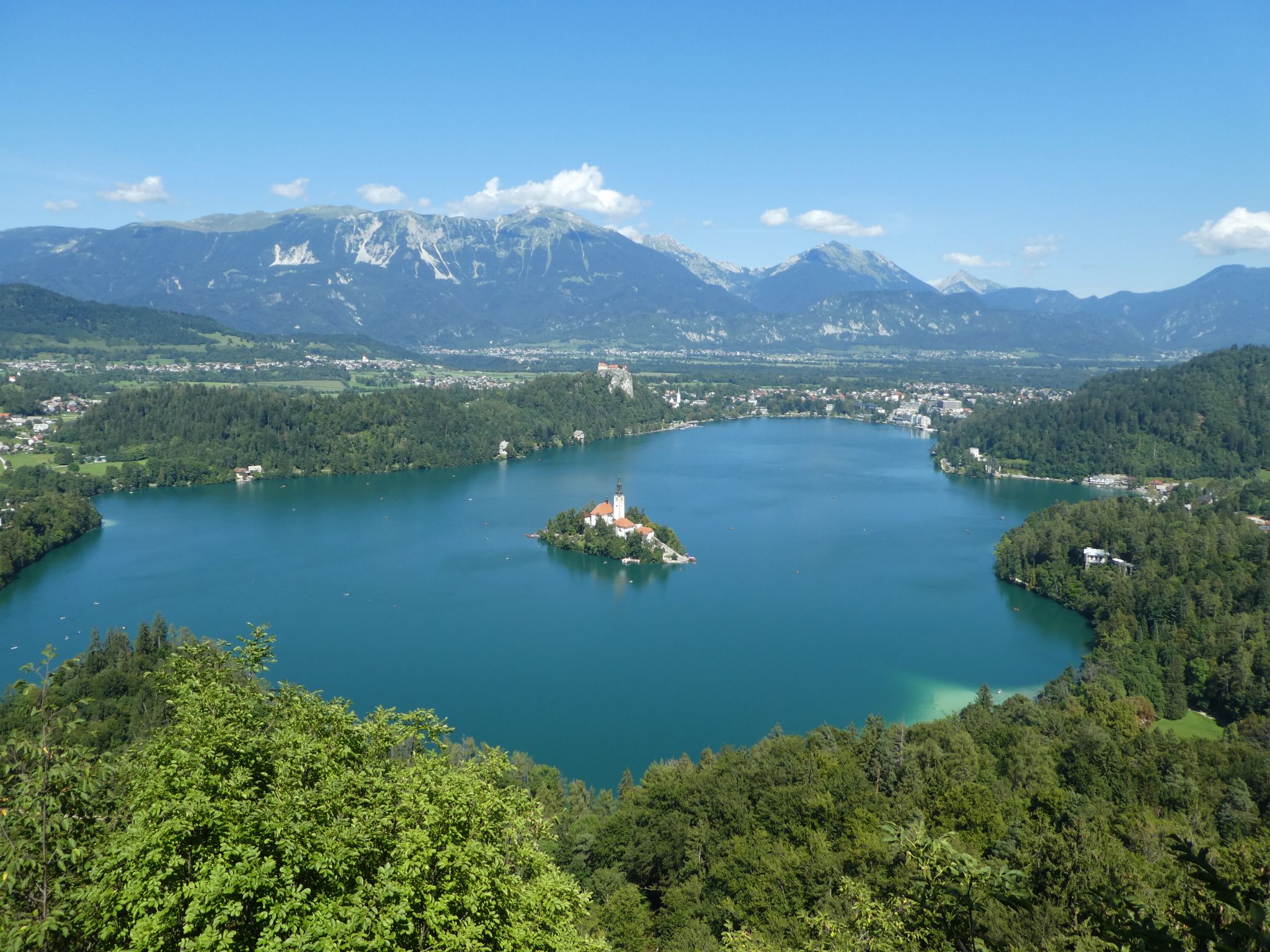 From here you can look down on the island and across to Bled Castle on an impressive rock cliff on the opposite shore. 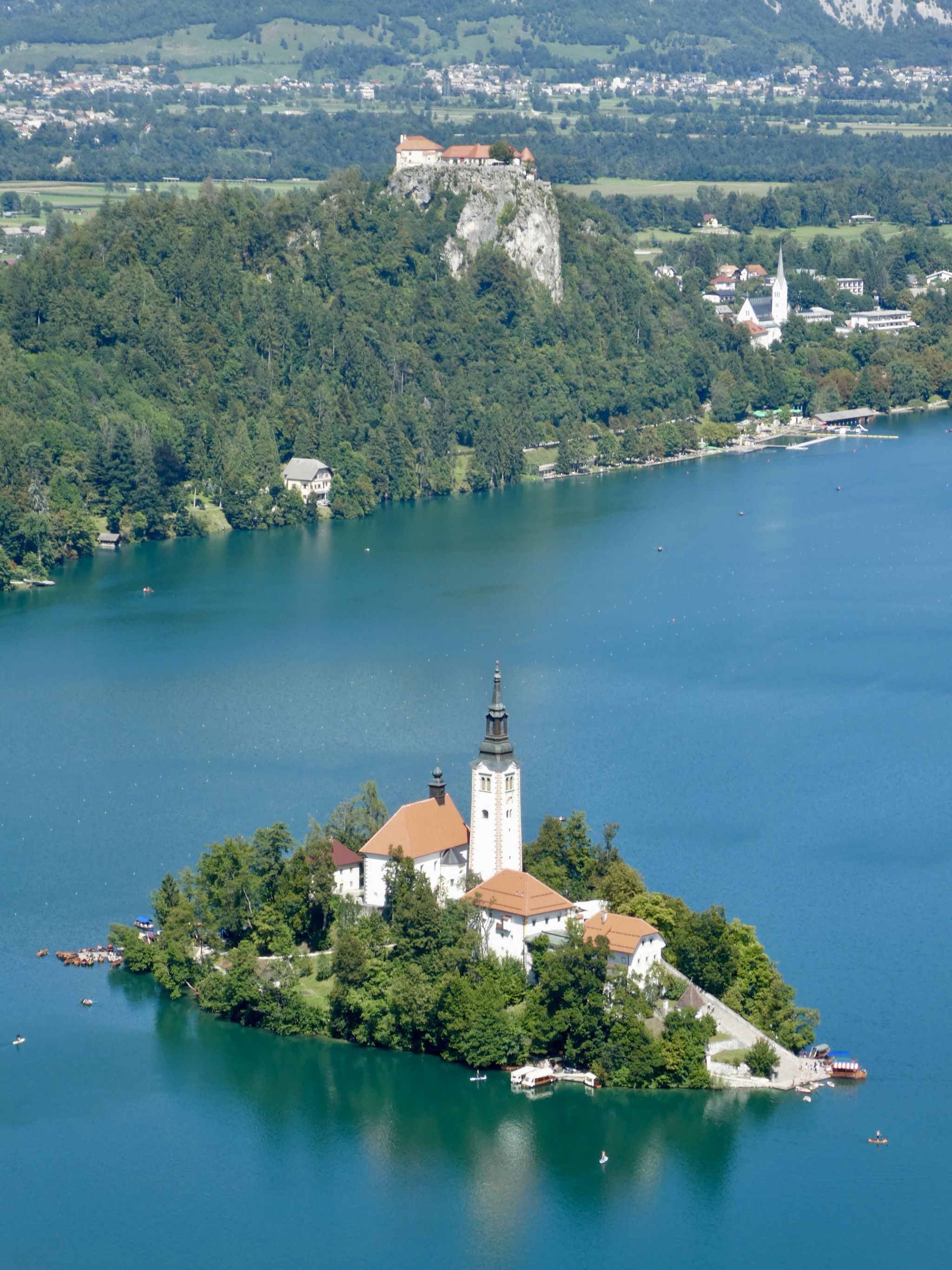 And for the record, despite what it looks like, we are fairly sure nude kayaking isn’t allowed! 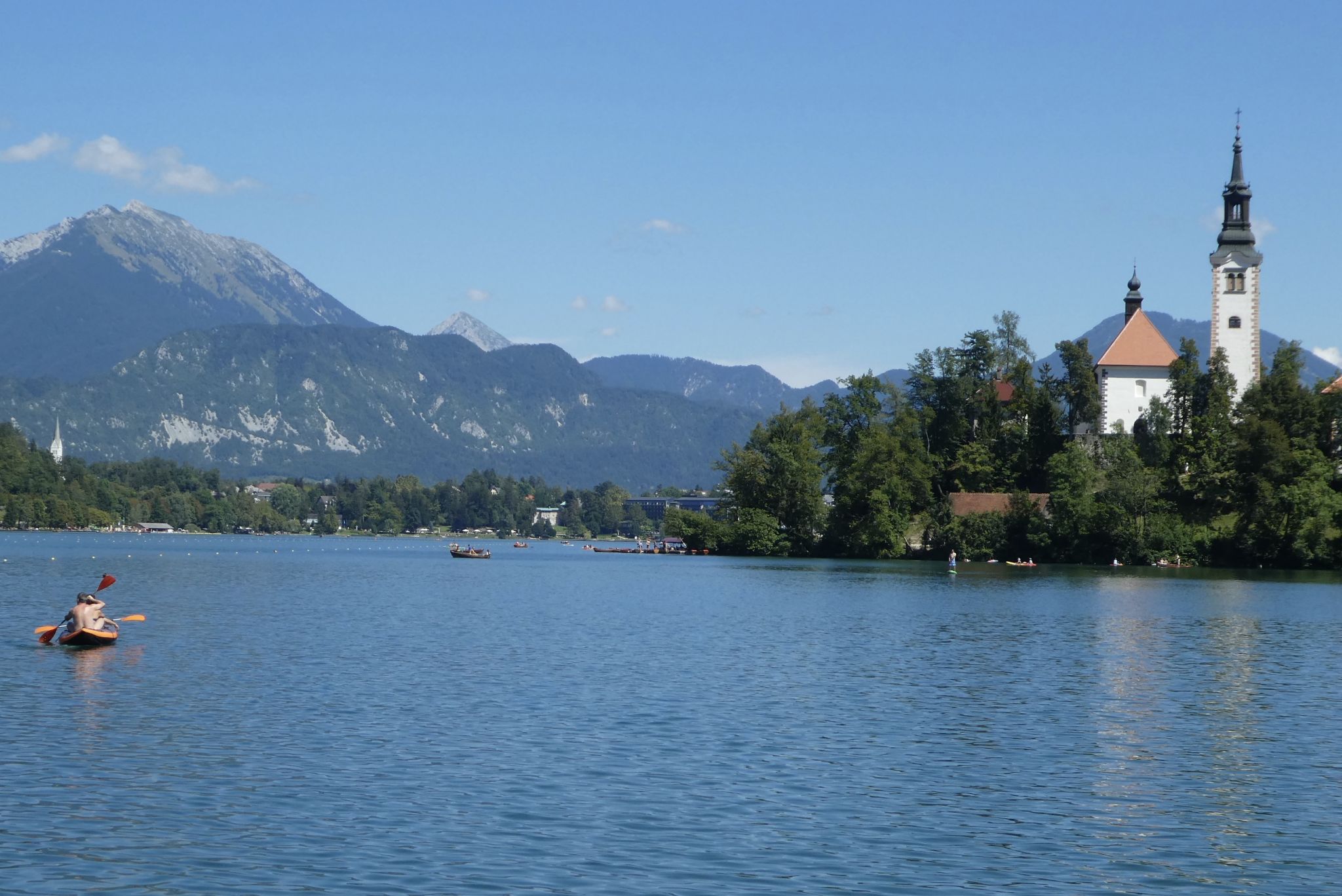 About 4km northwest of Bled Village is Vintgar Gorge.  The Radnovna River flows through the gorge, emptying at the far end over the 16 metre high Sum Waterfall.  A 1.6km wooden walkway hugs first one side of the gorge and then the other, crossing over the river four times. 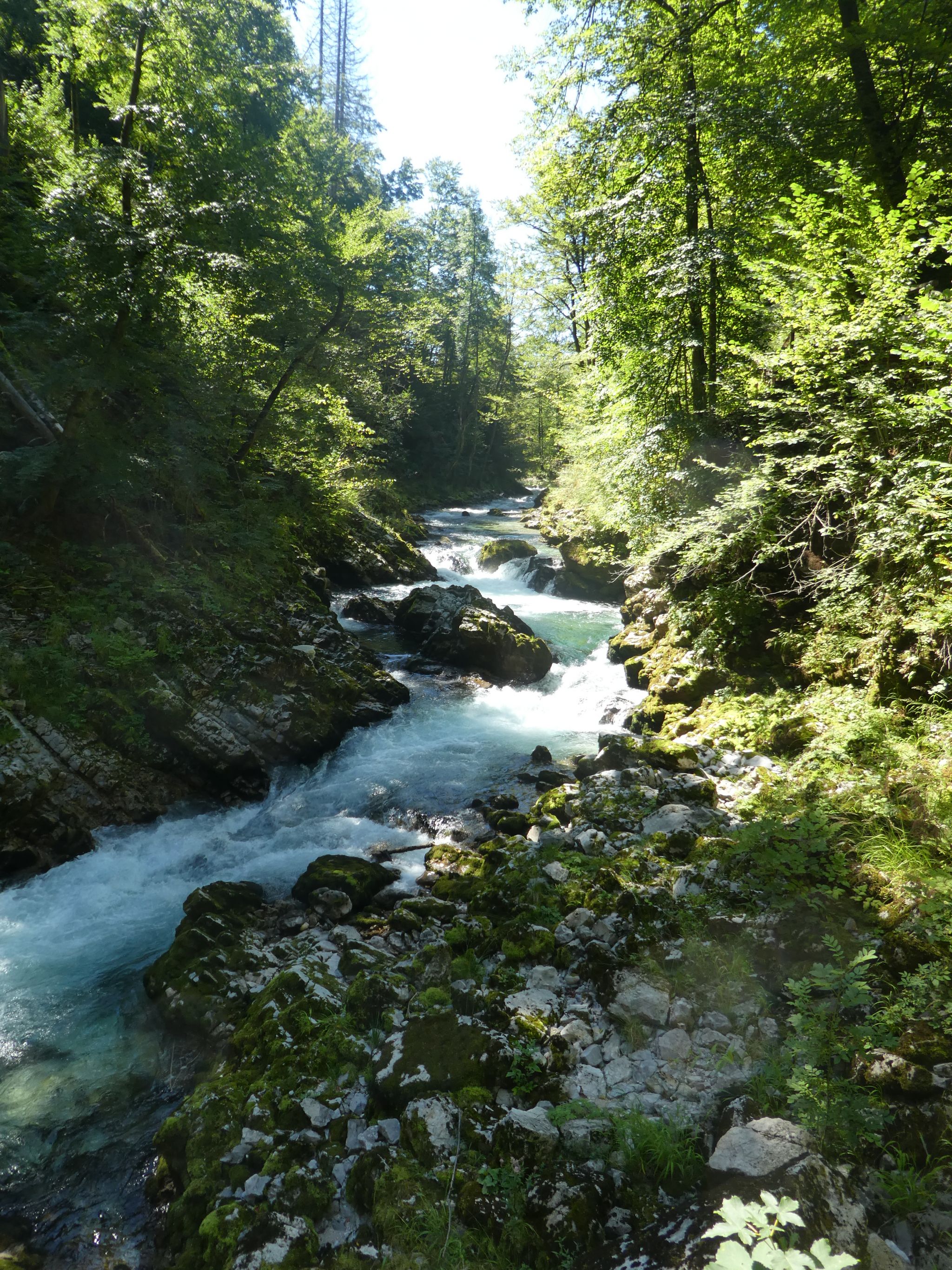 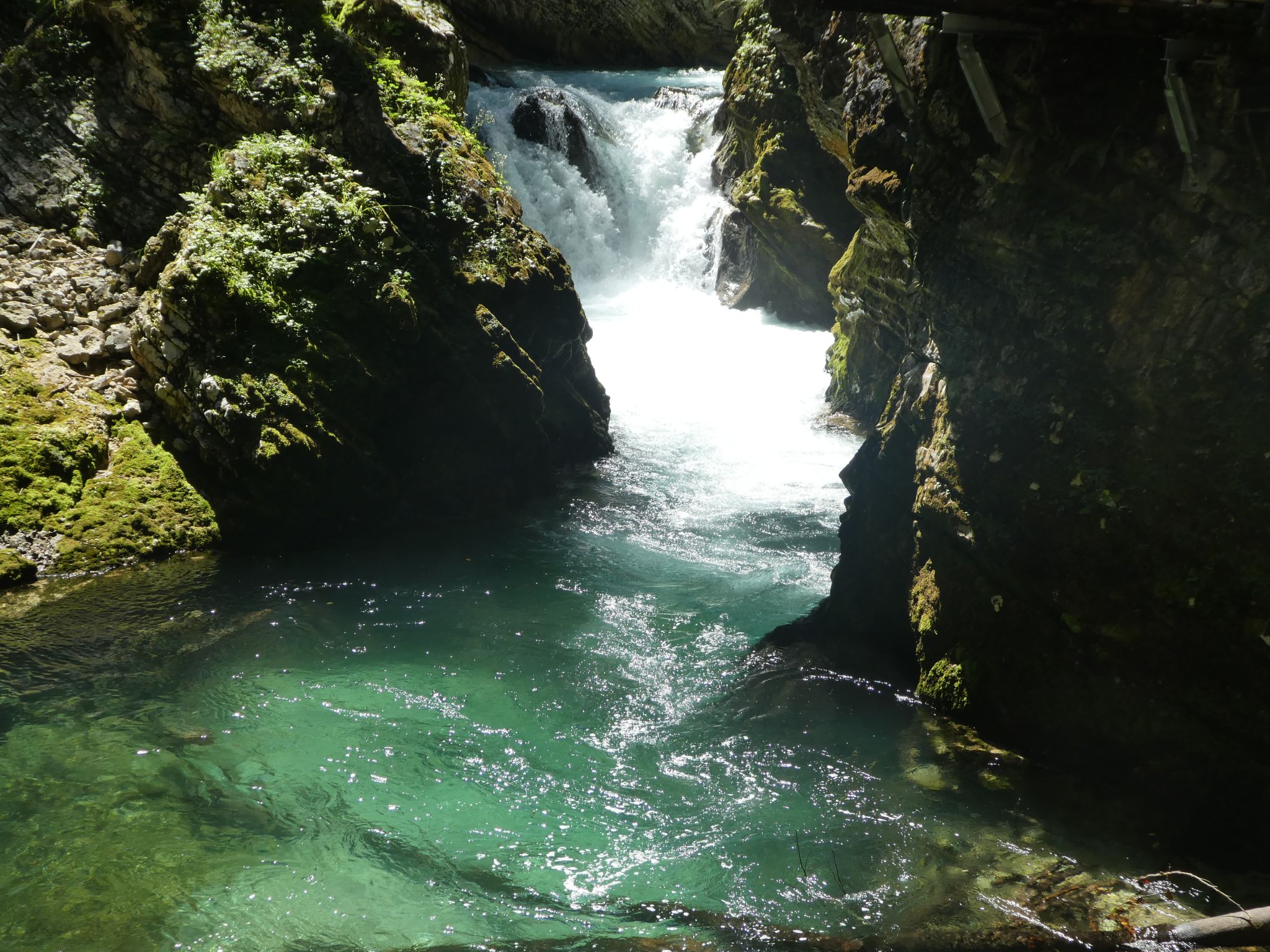 The walkway ends just before the river flows over the waterfall. Here you can follow a short path to the base of the falls. 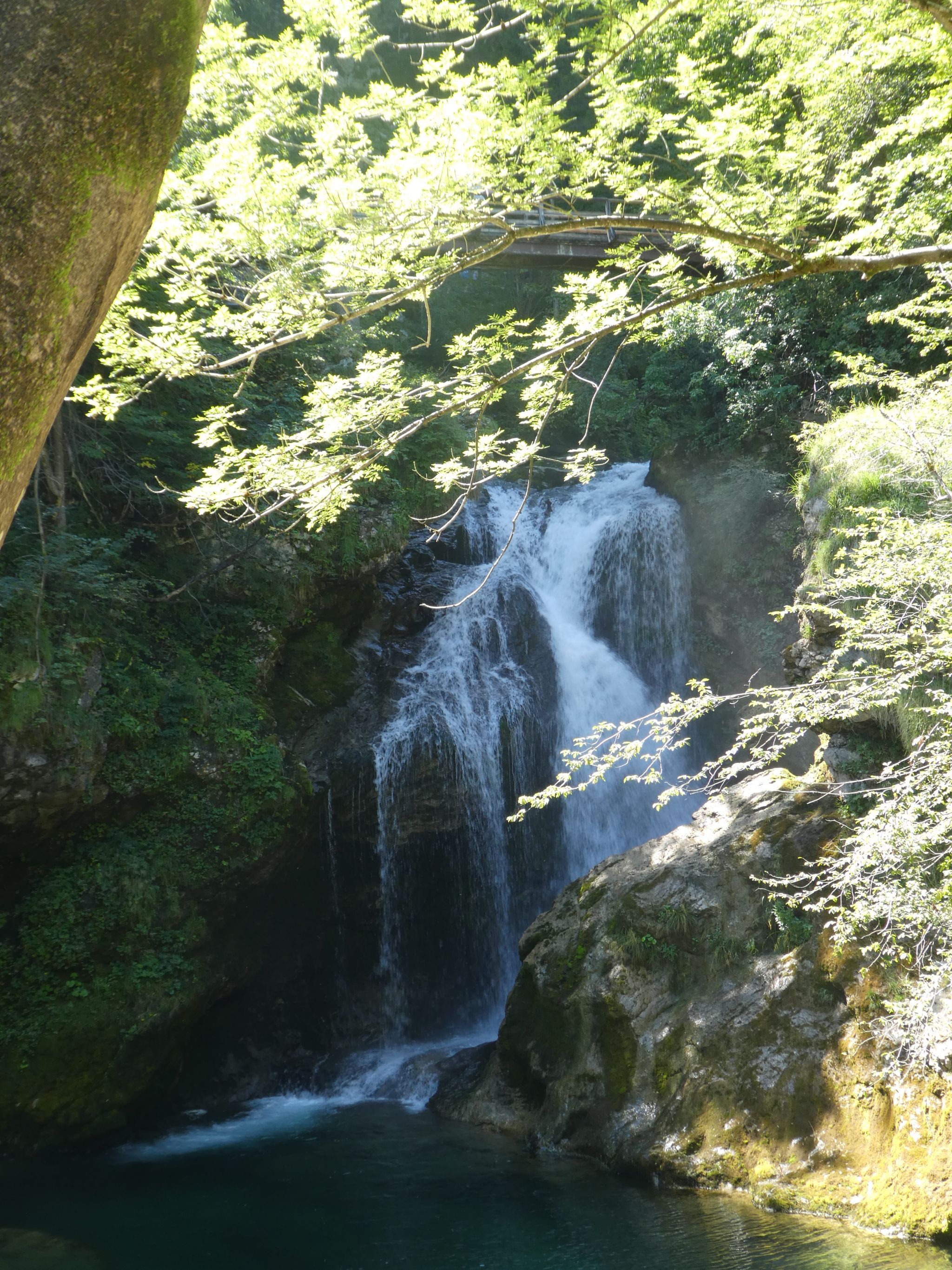 The gorge is insanely busy with visitors.  It’s not so much a nature stroll as a 1.6km conga-line shuffling along at a snail’s pace.   In places where the walkway narrows, people walking in one direction have to wait for others coming from the opposite direction to pass.  It’s gridlock. 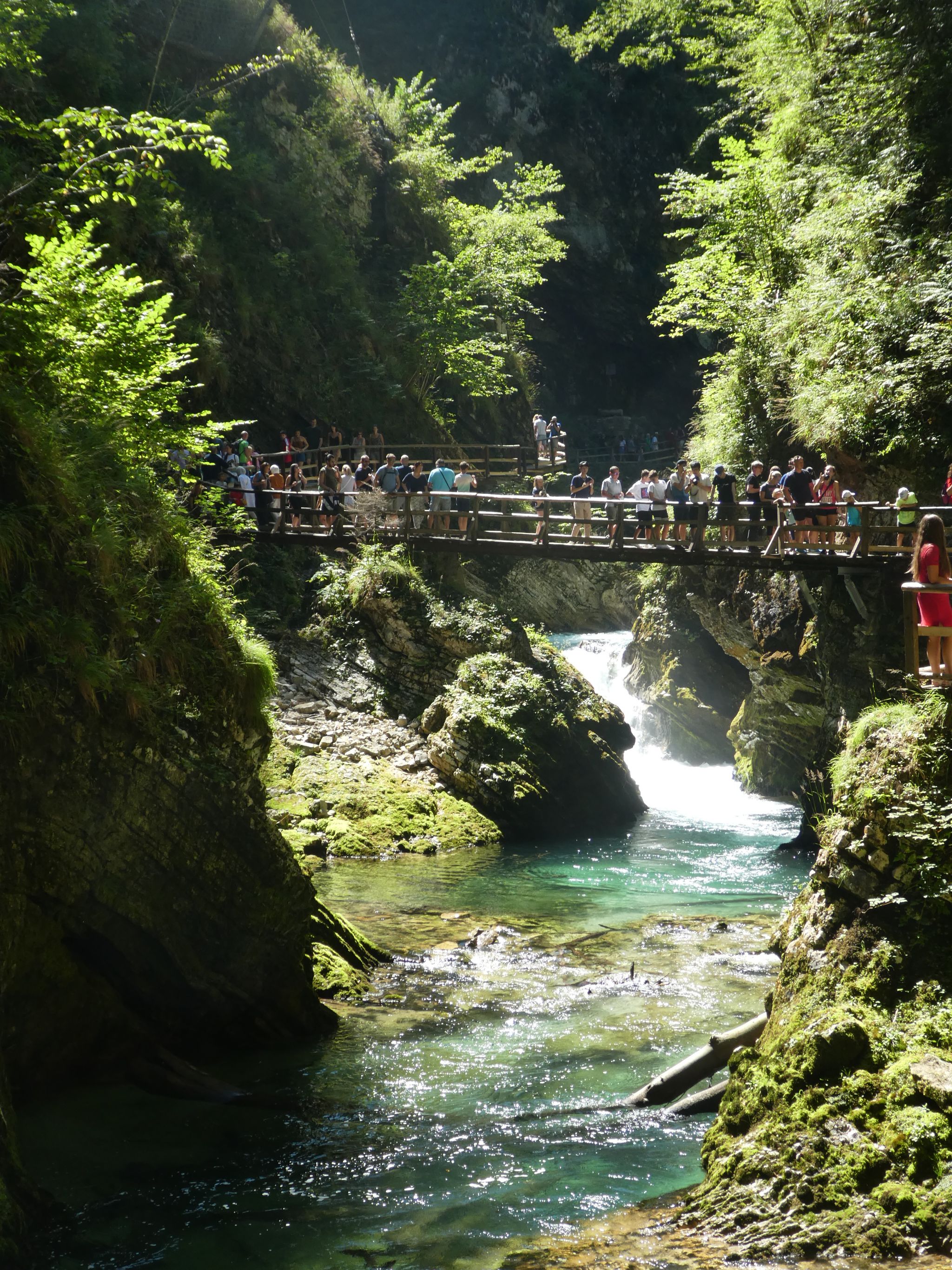