If you read our post on Bologna, you might recall John visited the Ducati Museum.  He has finally handed in his report. Here it is:

My trip to the Ducati Museum

Julie insisted that I do my homework, something about “setting a bad example”.  So this is my report.

I went to the bus stop and got on the bus to the Ducati Museum.

Then I got kicked off the bus because I did not have the right change.

Then I walked into a cafe to get some change. There was a nice lady behind the counter in the cafe.  I thought she was nice because she smiled at me.

The nice lady said something to me in Italian.  I think she asked me what I would like. But I’m not really sure because I don’t speak Italian.

Or any foreign language.

I stopped trying to speak foreign languages when I tried to order two coffees from another nice, smiling lady in a cafe in Spain. That nice lady grimaced and stopped smiling.  She asked me to please speak English.  I thought that was good advice.

I looked at the smiling Italian lady and showed her a €5 note. I tried to mime getting change. She stopped smiling and got her daughter from out the back of the cafe.  Her daughter was not smiling.

Her daughter asked me in English what I wanted.  I told her I wanted change for the bus.  She started laughing and then spoke a lot of Italian to her mother. They both laughed and then gave me some change.

I thanked them and walked back to the bus stop.  I couldn’t work out what the nice lady thought I was asking for that made her stop smiling.

I caught the next bus to the Ducati Museum. This time I was not kicked off.

The Ducati Museum is big.  It is quite boring on the outside.

Inside it is good.

The first part was not exciting.  There is a lot of stuff about how Ducati got started.  Mr Ducati and his three sons started out making bits for radios.  They had a very big factory.  The factory got bombed in the war so they had to think of something else to build.  They decided to build little engines which could be attached to push bikes.  This was because Italians were very poor and could not afford proper motorbikes.

That part of the museum had some old movies which had Ducatis in them.  One had Gina Lollobrigida in it.  She was standing on the side of the road.  The village policeman came by on his Ducati pushbike.  Gina Lollobrigida wriggled onto his bar.  He looked very happy about that.

The next bits of the museum were way more exciting.  There were lots of famous Ducati racing bikes which you could walk right up to and look at really closely.  You couldn’t sit on them though.

There was heaps and heaps of interesting and important information about compression ratios and desmodromic valve closure, and maximum acceleration and top speeds and world championships.

The last bit of the museum was about research into improving motorcycle aerodynamics.  It looked very complicated.

I went to the Ducati Museum because a long time ago I used to ride motorcycles a lot.

When I was at the museum I started to think that maybe I could get another motor bike when we get back to Australia.  Not a Ducati though.  Probably a BMW.

I thought maybe getting another bike wasn’t such a good idea. Which is a shame, because apart from the bit about getting really badly hurt when you crash them, motorcycles are heaps of fun.

When I finished at the museum I caught the bus back to town.  I didn’t get kicked off that one either.

When I got back to the hotel I told Julie about my visit.  When I told her there were not any mosaics or religious icons or statues of Lenin she seemed surprised I had bothered to go. 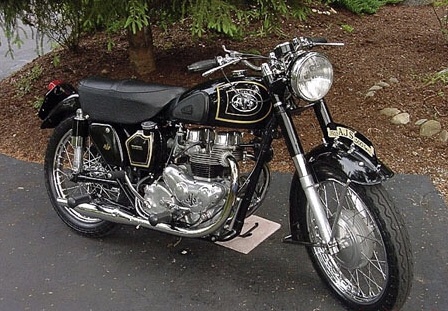 It was 20 years old by the time I owned it but was still pretty quick.   I found out exactly how quick when I got a ticket for doing 85mph in a 50mph zone.

And for riding without a licence.

Funnily enough three weeks later the traffic cop who gave me the ticket took me for my licence test.