The iconic sights of Rome are so familiar, yet it’s impossible to visit without checking them off.  So we did.

It was a slow day at the Vatican.  The queue was only one circuit of St Peter’s Square.  Maybe because Pope Frank was away on tour somewhere. 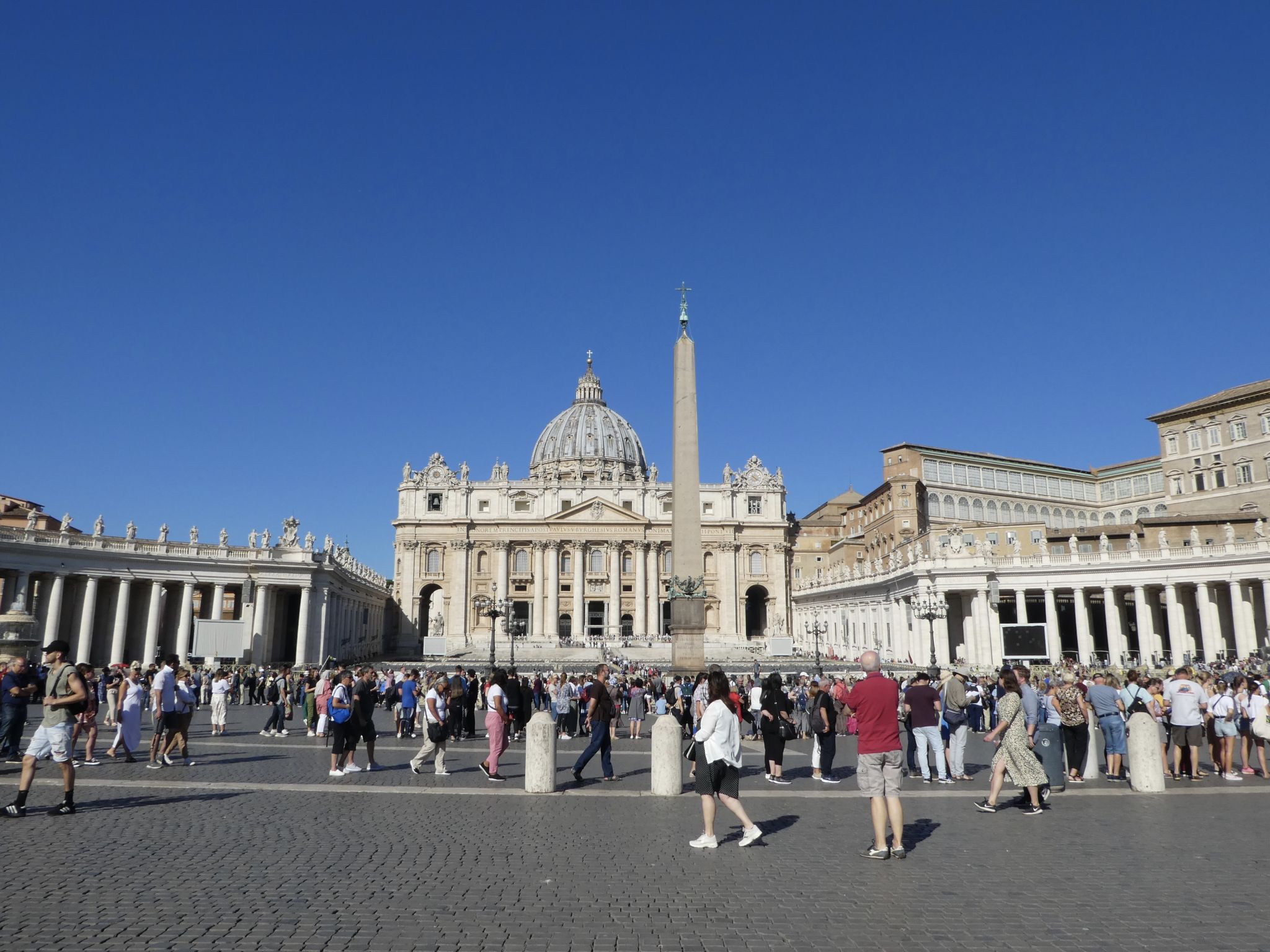 John wasn’t persuaded to go in.  Anyway, Vatican City is better seen from a distance. 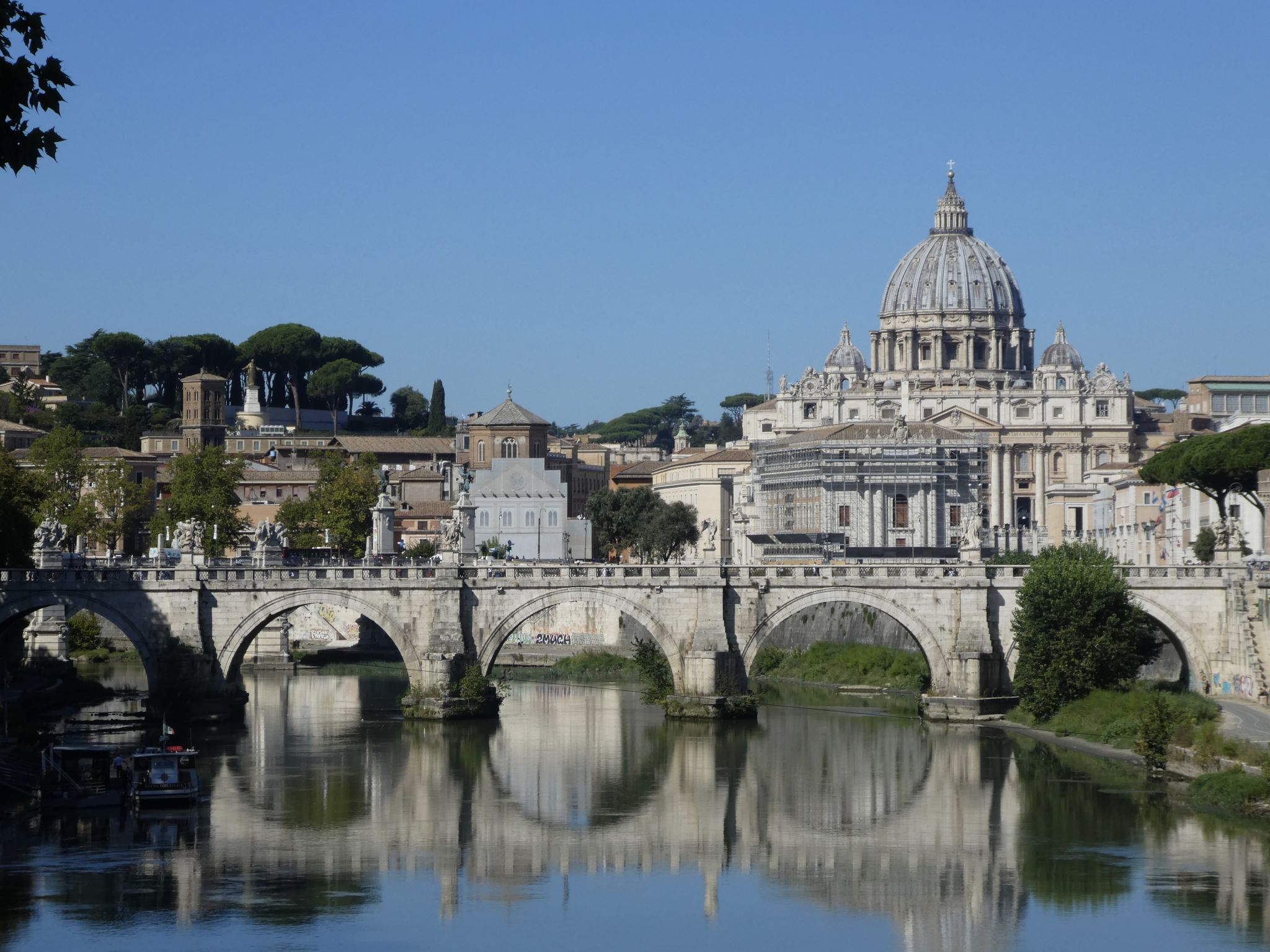 Back over the Italian border, so many visitors crowd the Spanish Steps that there’s now a fine for sitting on them. 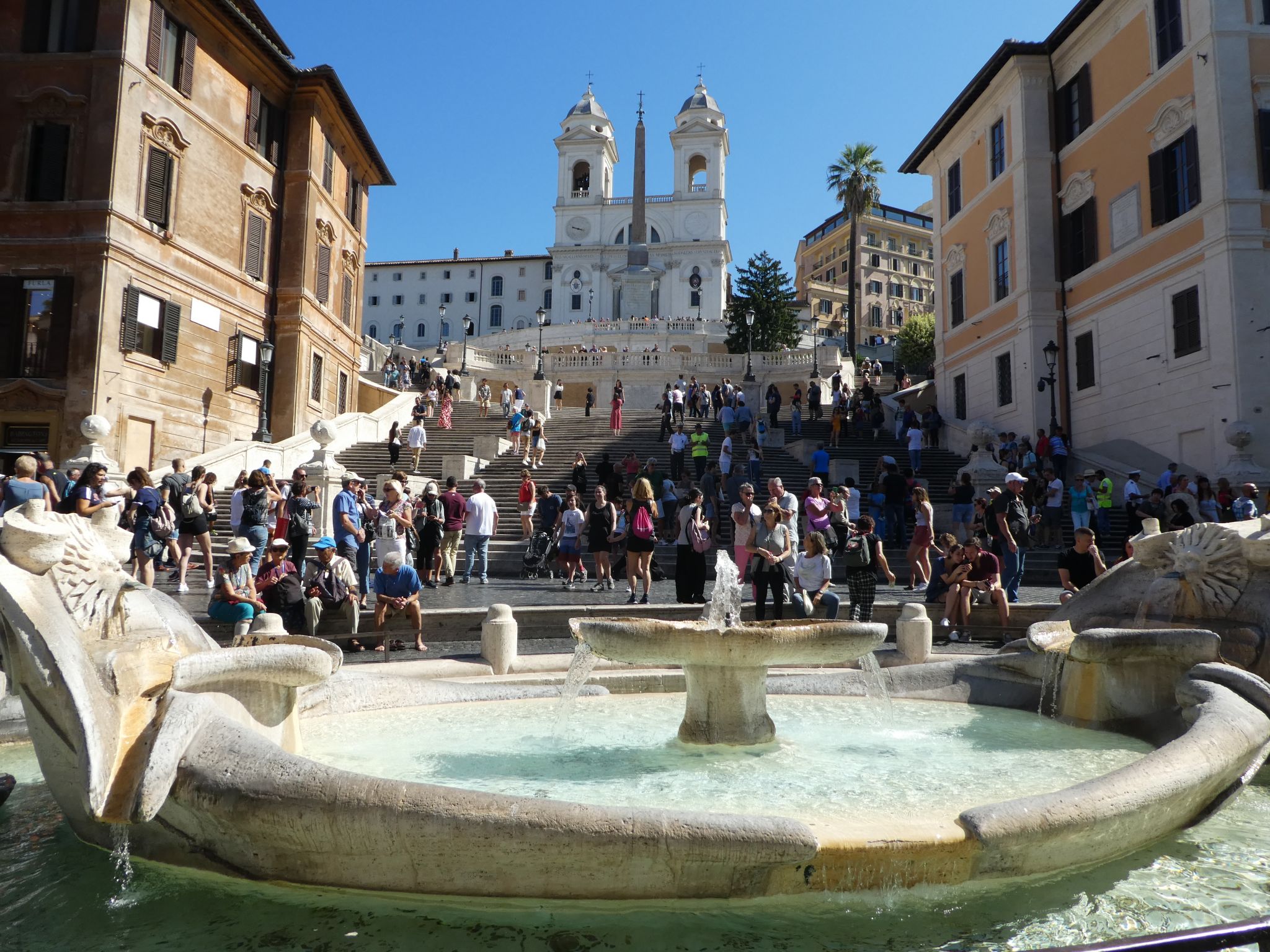 It seems to work.  Now everyone is packed into the street leading up to the steps instead. 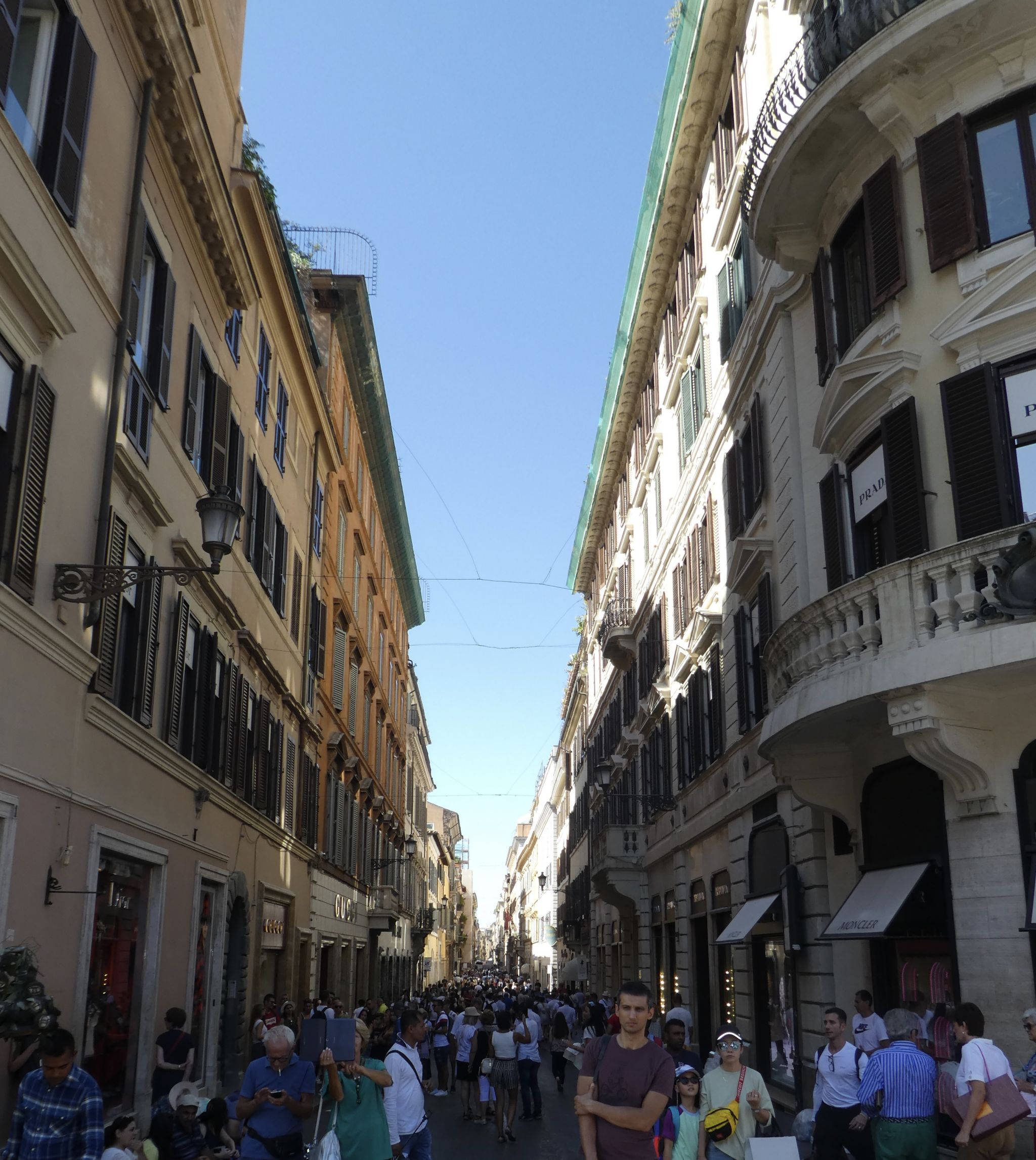 The 1954 movie Three Coins in the Fountain popularised the tradition of throwing a coin in the Trevi Fountain.  It is supposed to guarantee you will return to Rome one day.  A whopping €3,000 gets tossed in every day.  It is scooped out and goes to a Catholic charity which assists homeless people in Rome, so a good cause benefits from the tradition.

The ‘correct’ way is to toss the coin with your right hand over your left shoulder.  That’s trickier than it should be, because unless you elbow your way through the throng, you won’t be tossing your coin so much as lobbing it over a forest of selfie sticks. 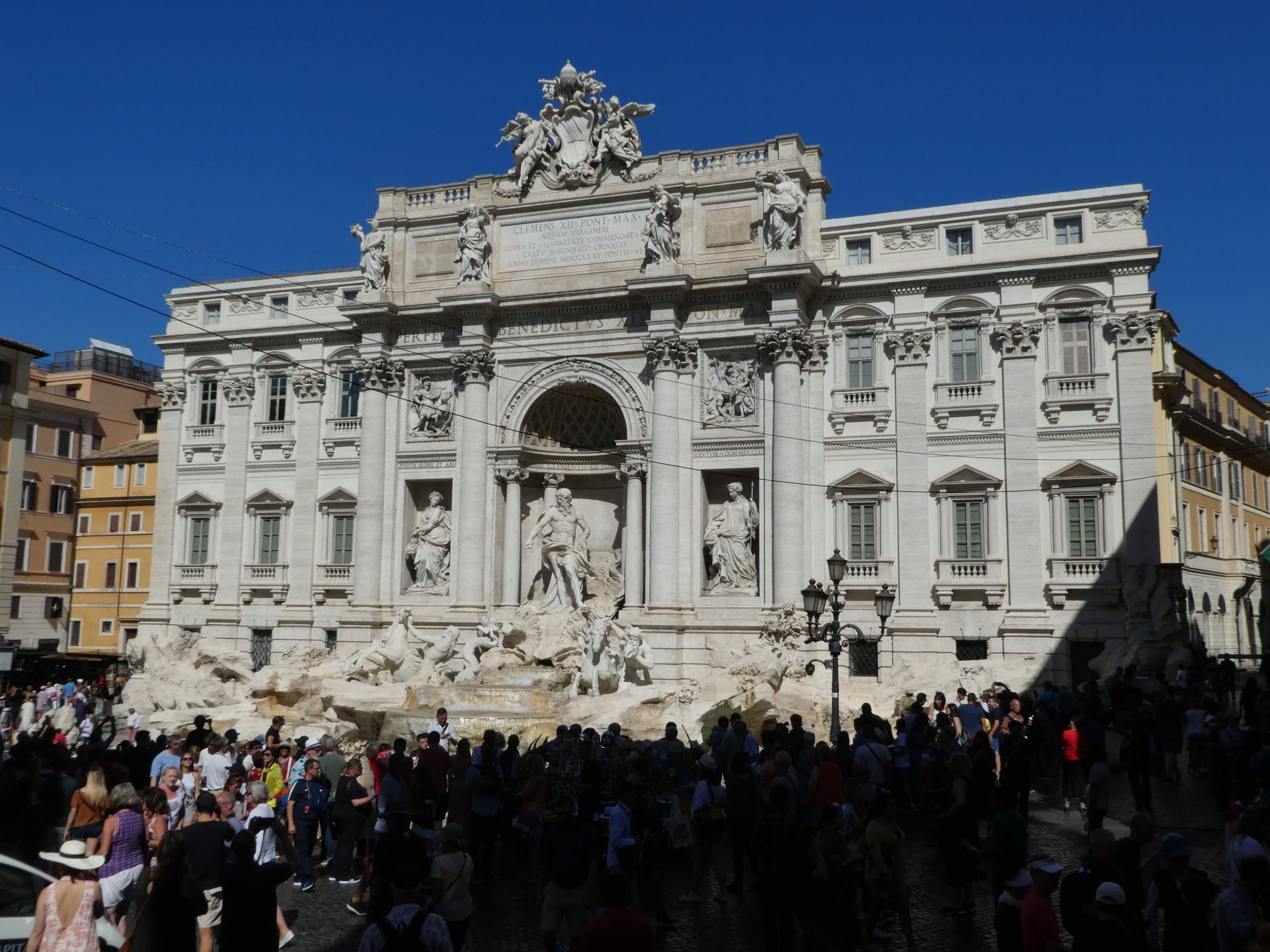 It takes some creativity to get a photo that doesn’t have a few thousand total strangers in it.  But we have to admit, it looks mighty fine after its two year, €2.2 million restoration funded by Italian fashion label, Fendi. 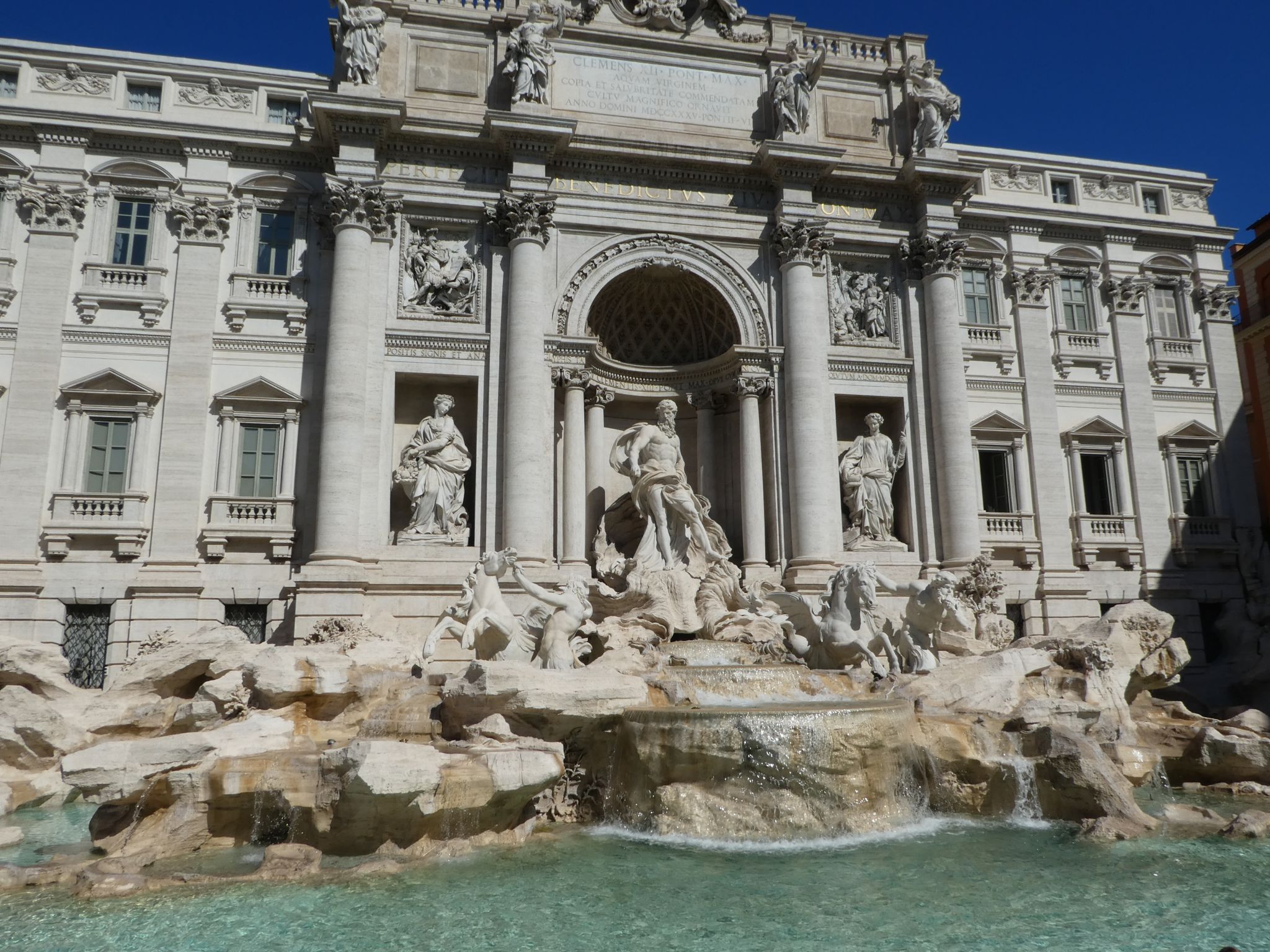 At the Coliseum, spruikers were flogging skip-the-line tickets on the basis there was a two hour wait to get in.  Frankly, you’d be crazy to go to any of the well known sites in Rome without pre-booking. 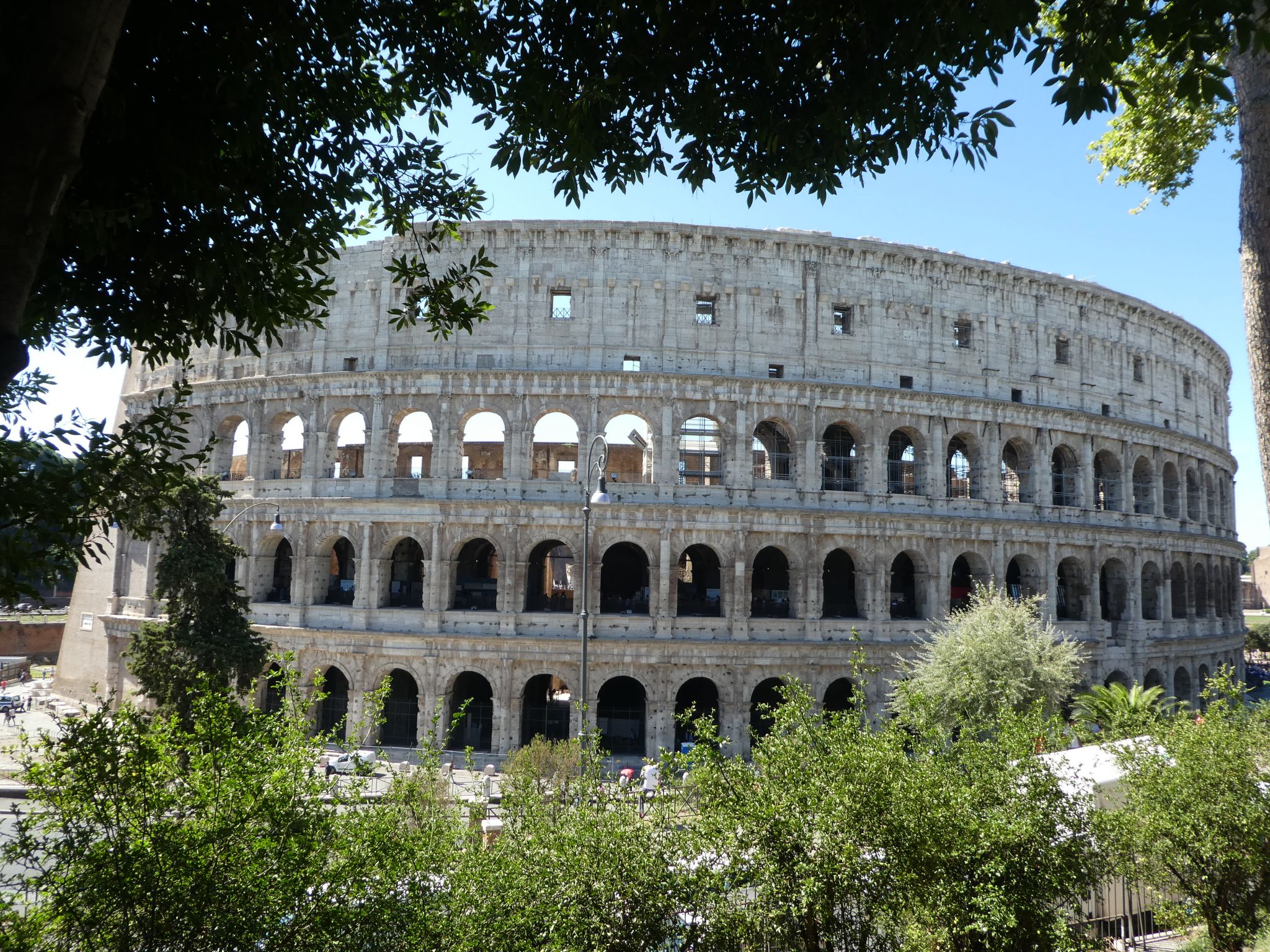 Undeniably, Rome is a beautiful city.  So much incredible architecture in its civic and other buildings.  No, it really wasn’t built in a day. 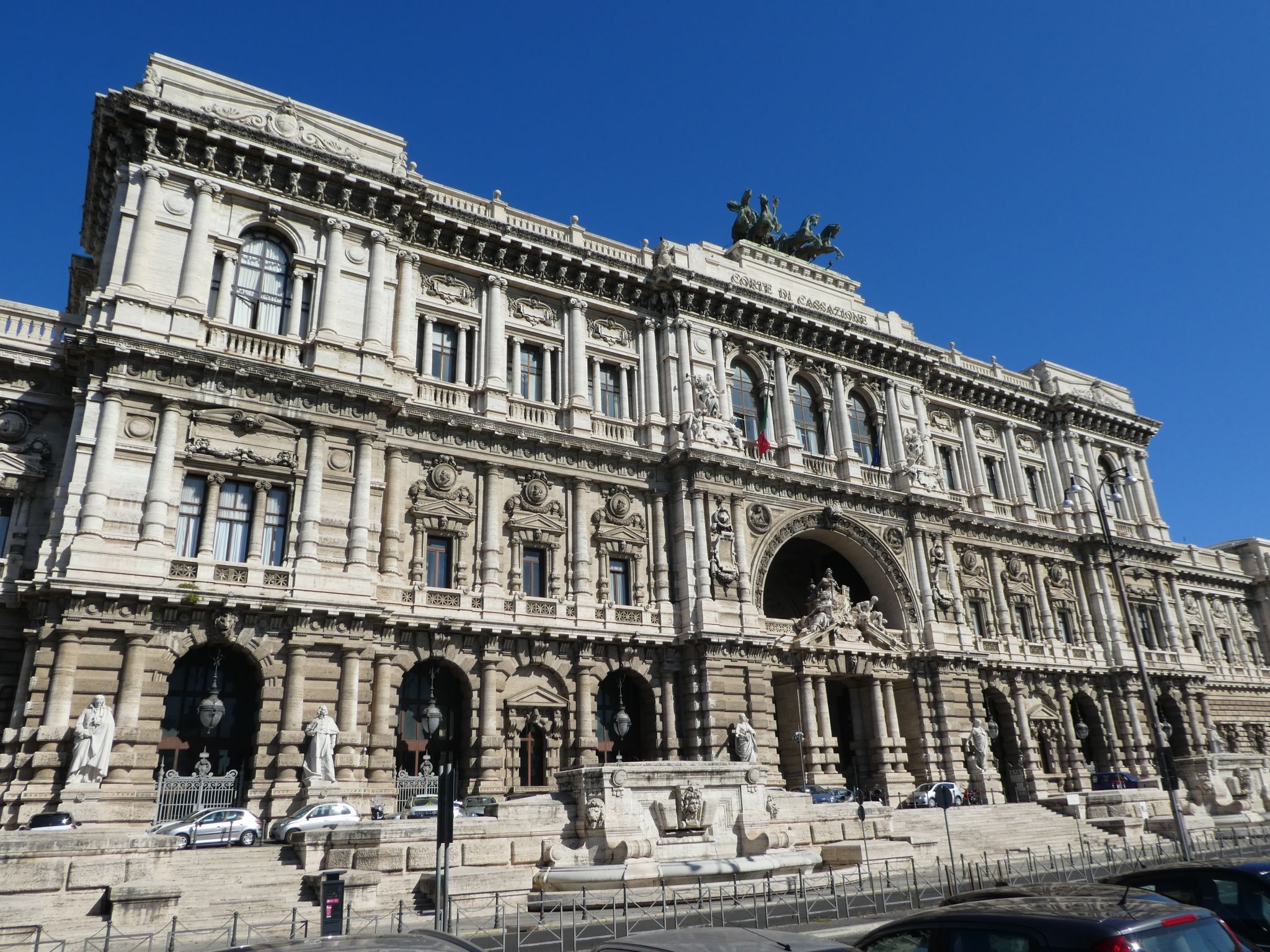 And if you move even a little away from the major tourist-trafficked areas, you can find random, interesting sights. 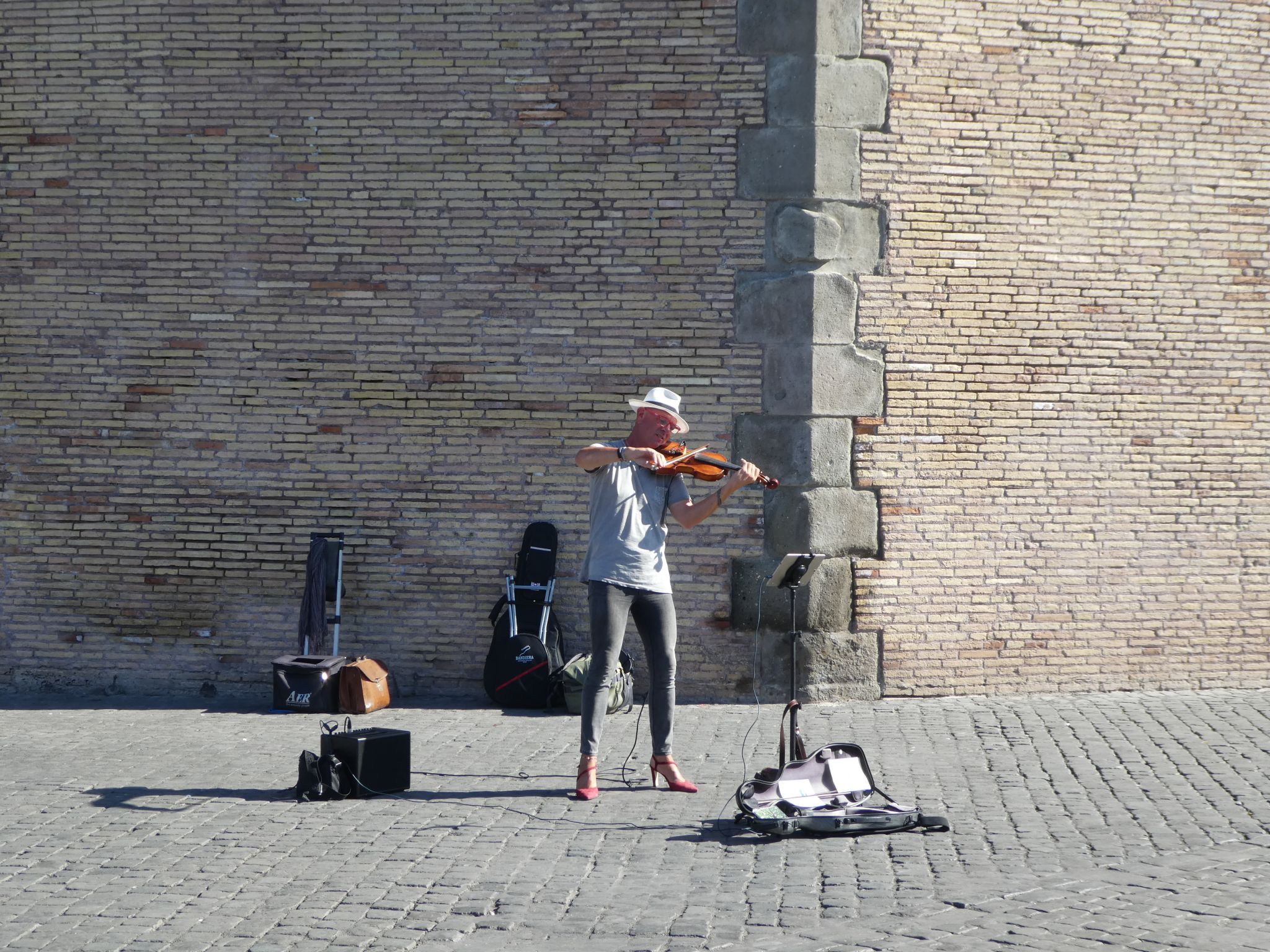 As ground zero for Catholicism, there’s plenty in Rome to keep you interested if you love religious esoterica.

Our particular favourite is the Church of Saints Vincenzo and Anastasio, quite near the Trevi Fountain.  A side chapel holds amphorae containing the hearts and internal organs of the Catholic Popes from Pope Sixtus V, who died in 1590, all the way through to Pope Leo XIII, who passed away in 1903.  Leo’s successor, Pope Pius X decided before he died that he’d rather keep his insides on the inside and the practice stopped.

Three hundred years’ worth of papal innards.  In jars.  Locked behind this gate. 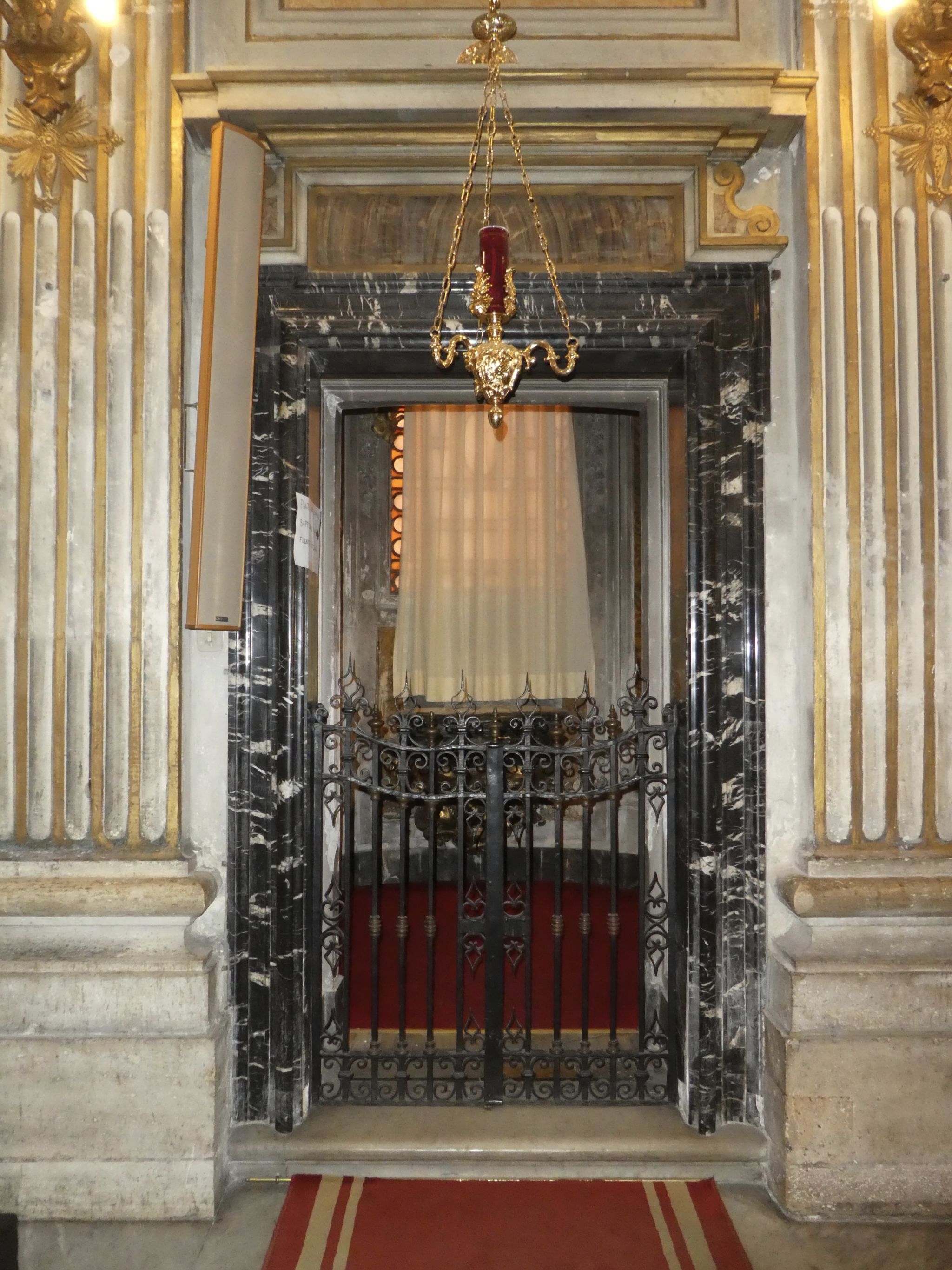 And in the fine Catholic tradition of mixing miracles and relics, there’s the Basilica of St Peter in Chains.  In the 5th century, a bishop in Jerusalem gave the chains that ‘possibly’ confined St Peter when he was a prisoner in Jerusalem to the mother-in-law of the then Roman Emperor Valentinian III.

She sent them to her daughter in Rome, who gifted them to Pope Leo I.  The pontiff placed them in this church, together with some chains that ‘possibly’ held St Peter when he was imprisoned in Rome.  And, hey presto, the two chains miraculously joined together.  They are now in a gold reliquary in the church. 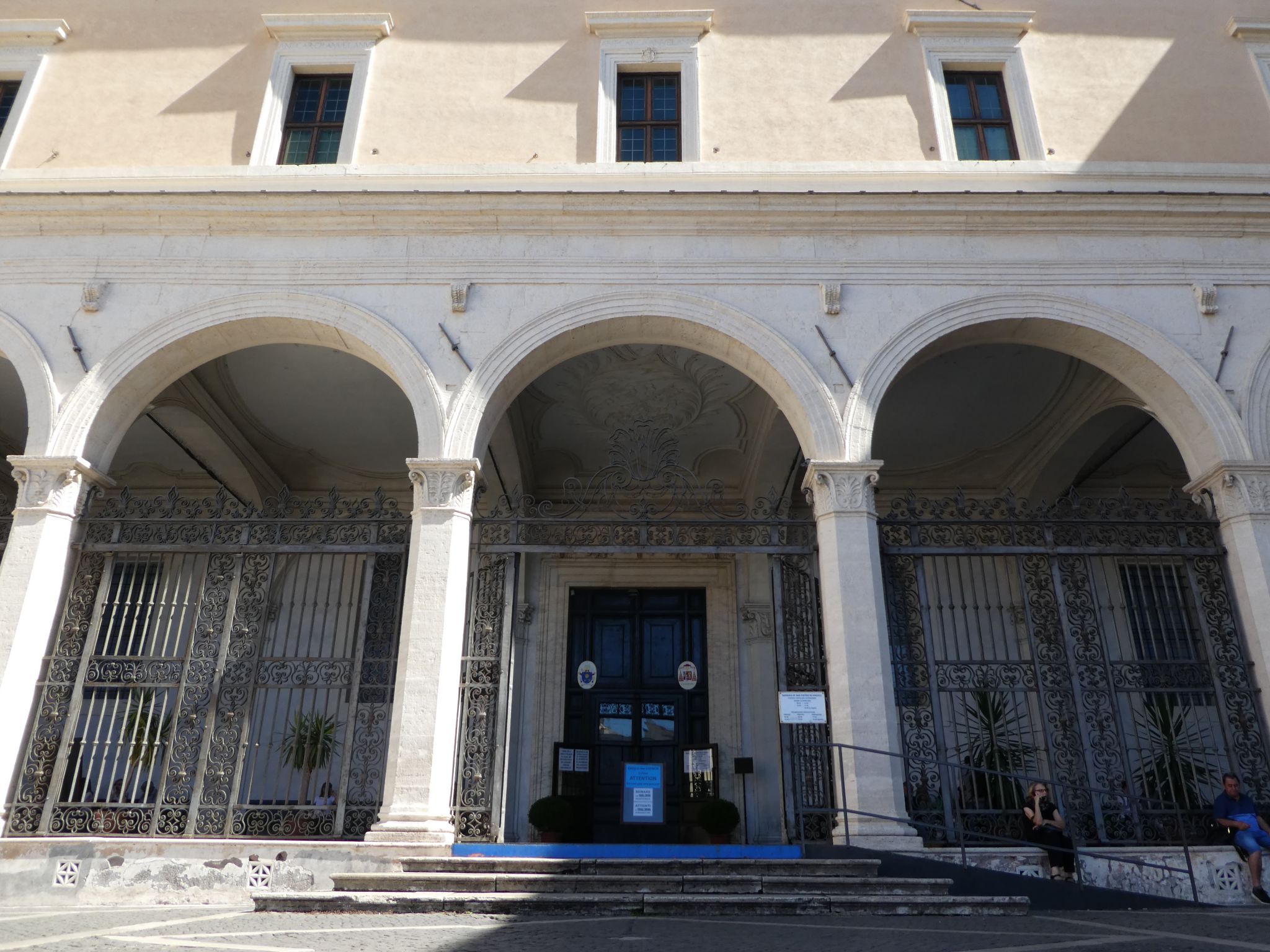 Anthony Bourdain once said “If I’m in Rome for only 48 hours, I would consider it a sin against God to not eat cacio e pepe, the most uniquely Roman of pastas, in some crummy little joint where Romans eat.  I’d much rather do that than go to the Vatican.  That’s Rome to me”.

We agree, and we did have a sublime cacio e pepe (spaghetti dressed simply with grated Parmesan and cracked pepper) one night, although finding a ‘crummy little joint where Romans eat’ isn’t easy in the heavily touristed city.

And as fine as Rome’s monuments are, we also agree that the best of Rome is the food.  And the best of Roman food is pizza and gelato, so we booked a spot in a cooking class to learn the secrets of both.  Fun and educational, we’ll be testing our newfound knowledge on all our friends when we get home.  John’s was great.  Julie just needs to work out how to make a round pizza instead of a square one (below right). 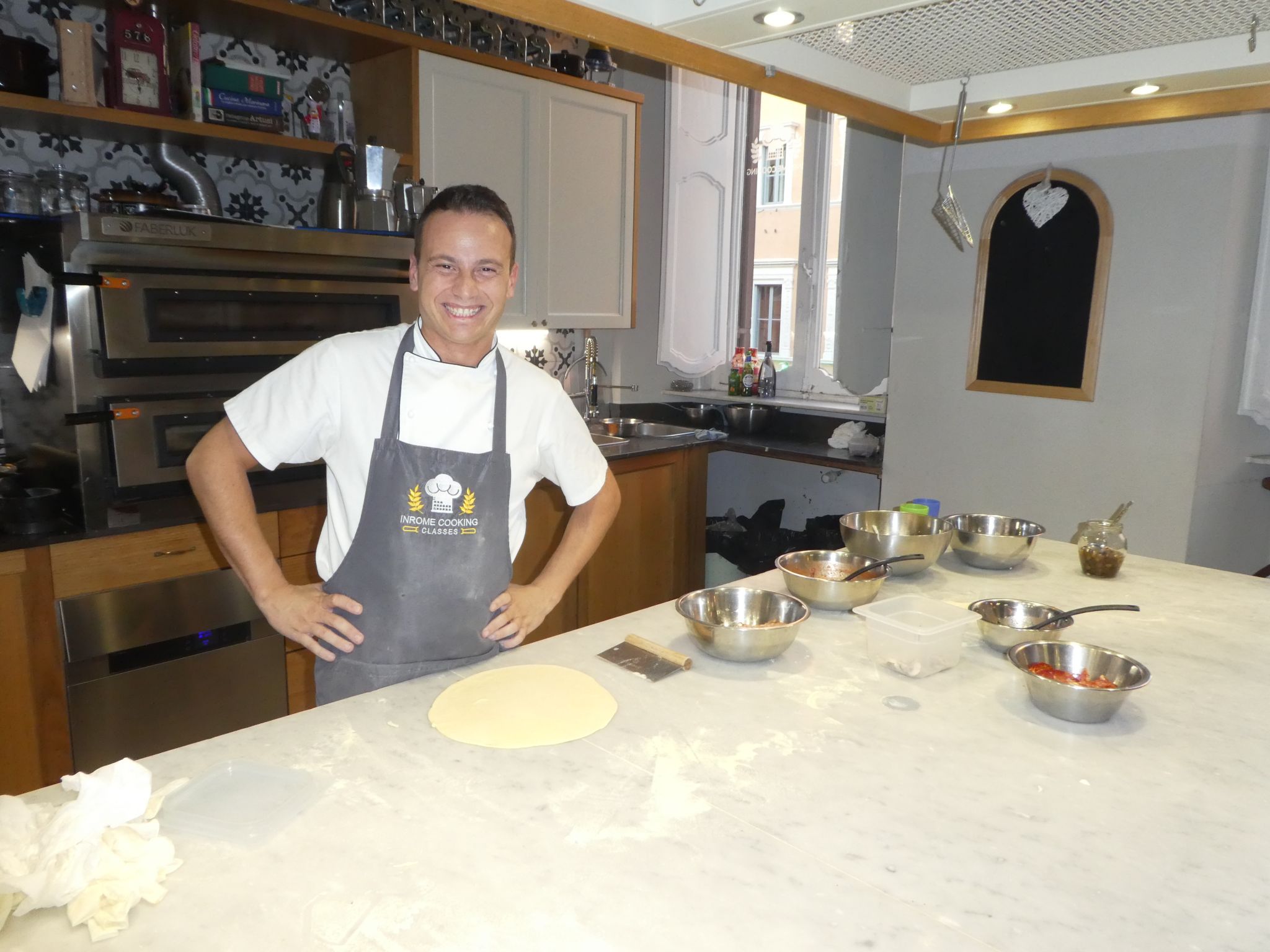 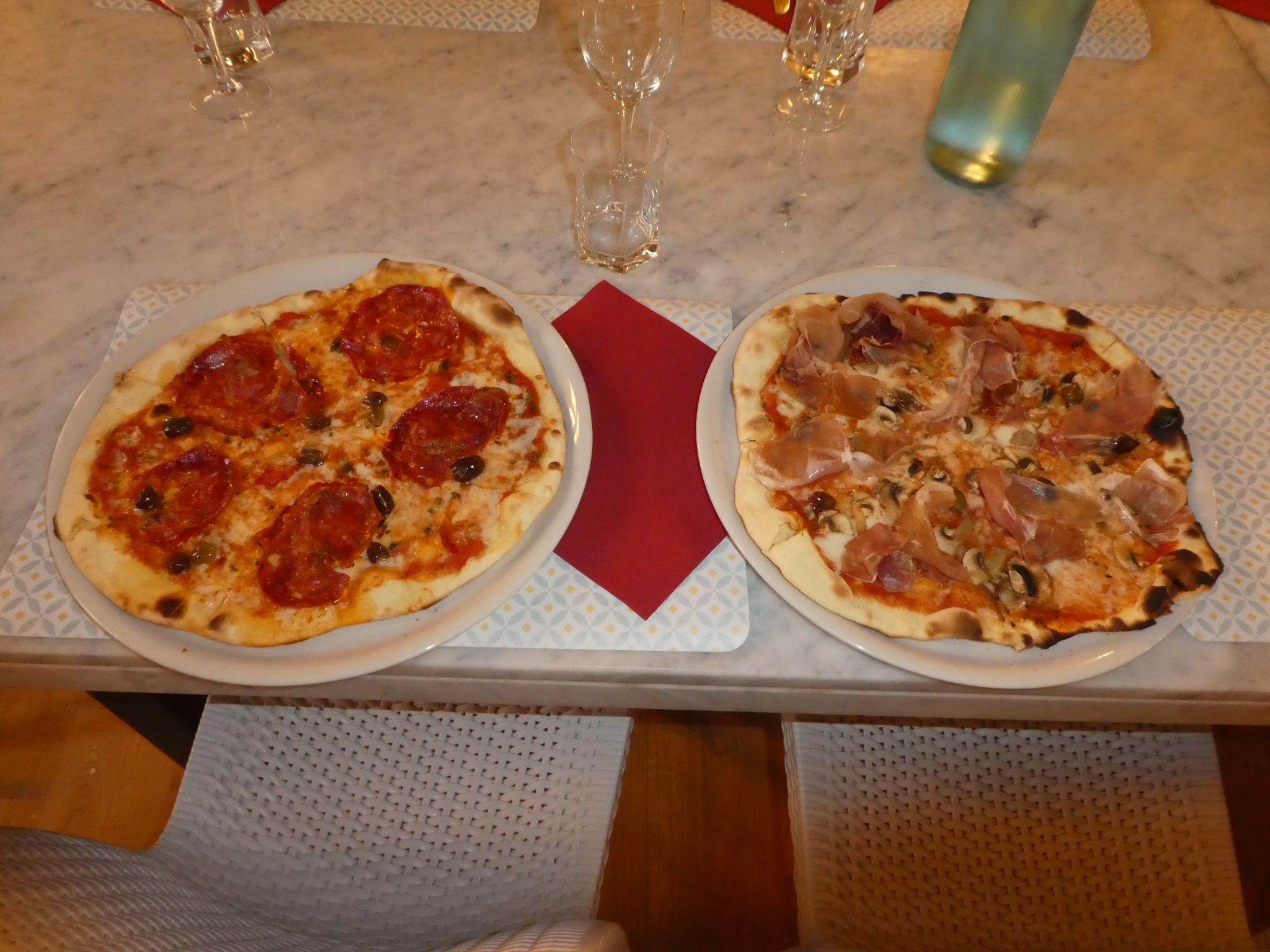 And finally, a word about souvenirs.

Forget about Pope-on-a-rope soap or Trevi Fountain snow domes, the most popular souvenir in town must be the Hot Priests 2020 calendar.  Well, that’s not it’s official name, but that’s definitely what it is. 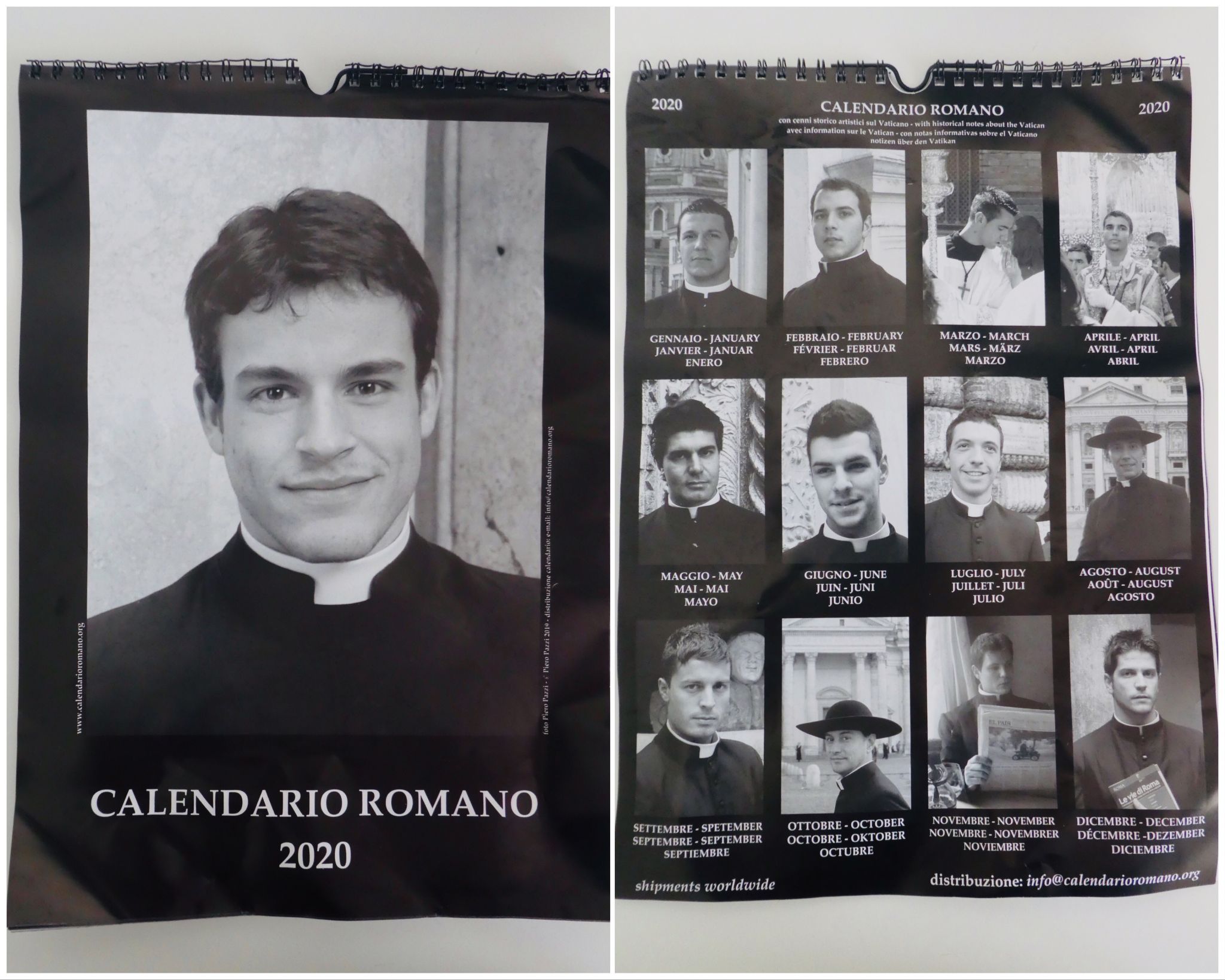 Julie reckons if every parish had a priest like the padre on the cover, there’d be a lot more butts on pews at Sunday mass.   Given the waning numbers it’s experiencing, this is definitely something for the Church to think about.