“What happens in Vegas stays in Vegas, but the 400-pound woman perched in front of a slot machine, oozing bum-flesh off her stool as she balanced a cocktail and cigarette in one hand and robotically tugged the slot arm with the other… that’s still with me.” (Brian Sack, writer).

And that about sums up Vegas – a whole bunch of people who come here expecting to have fun, only to realise that playing the slot machines in Vegas is no different to playing them anywhere else, the booze isn’t that cheap, and the legendary $2 buffets got picked clean years ago.

Sure, you can stay in a hotel that looks like the Manhattan skyline (New York, New York), or a ‘knights of the round table’ castle (Excalibur) or an Egyptian pyramid (Luxor). 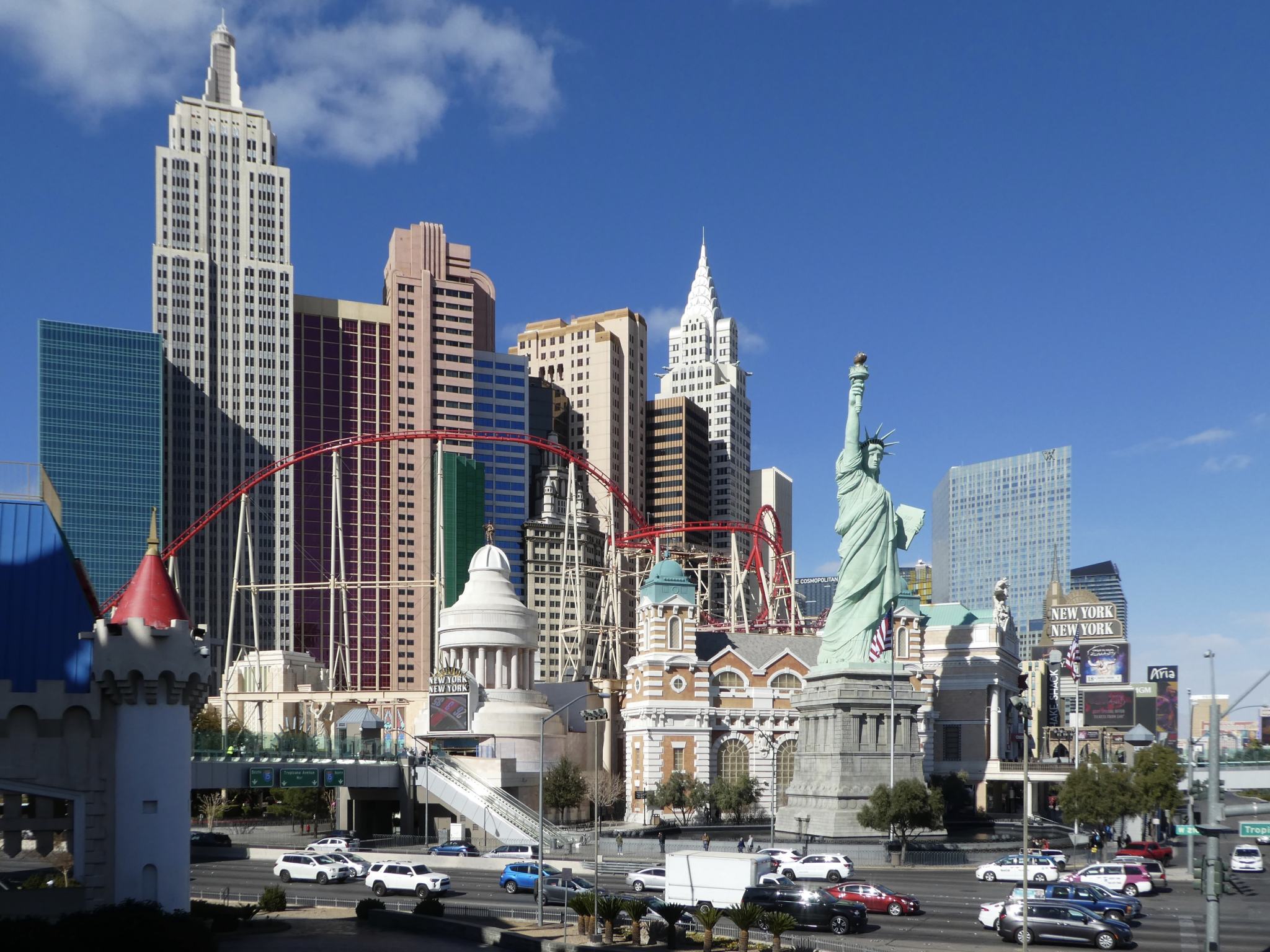 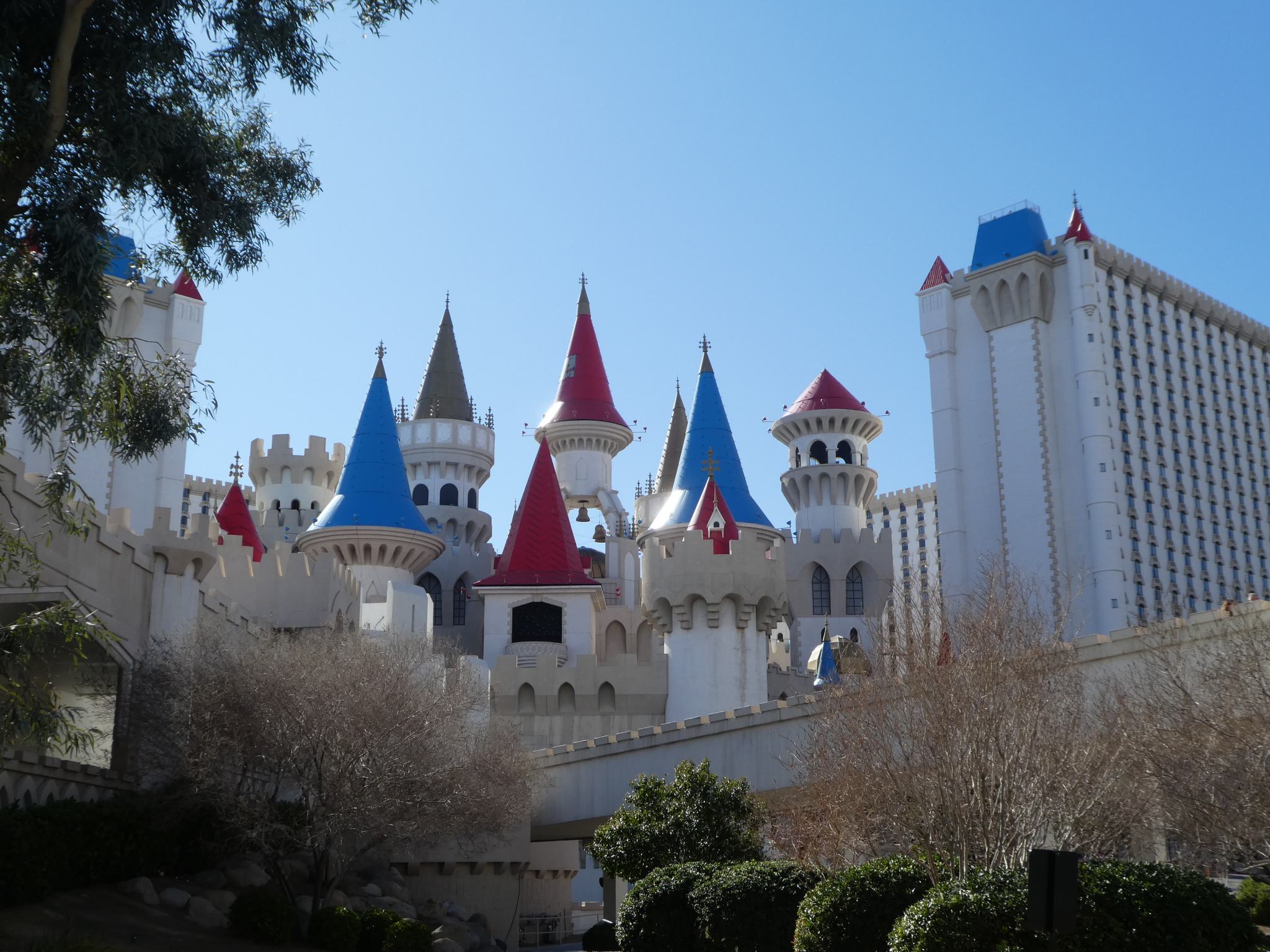 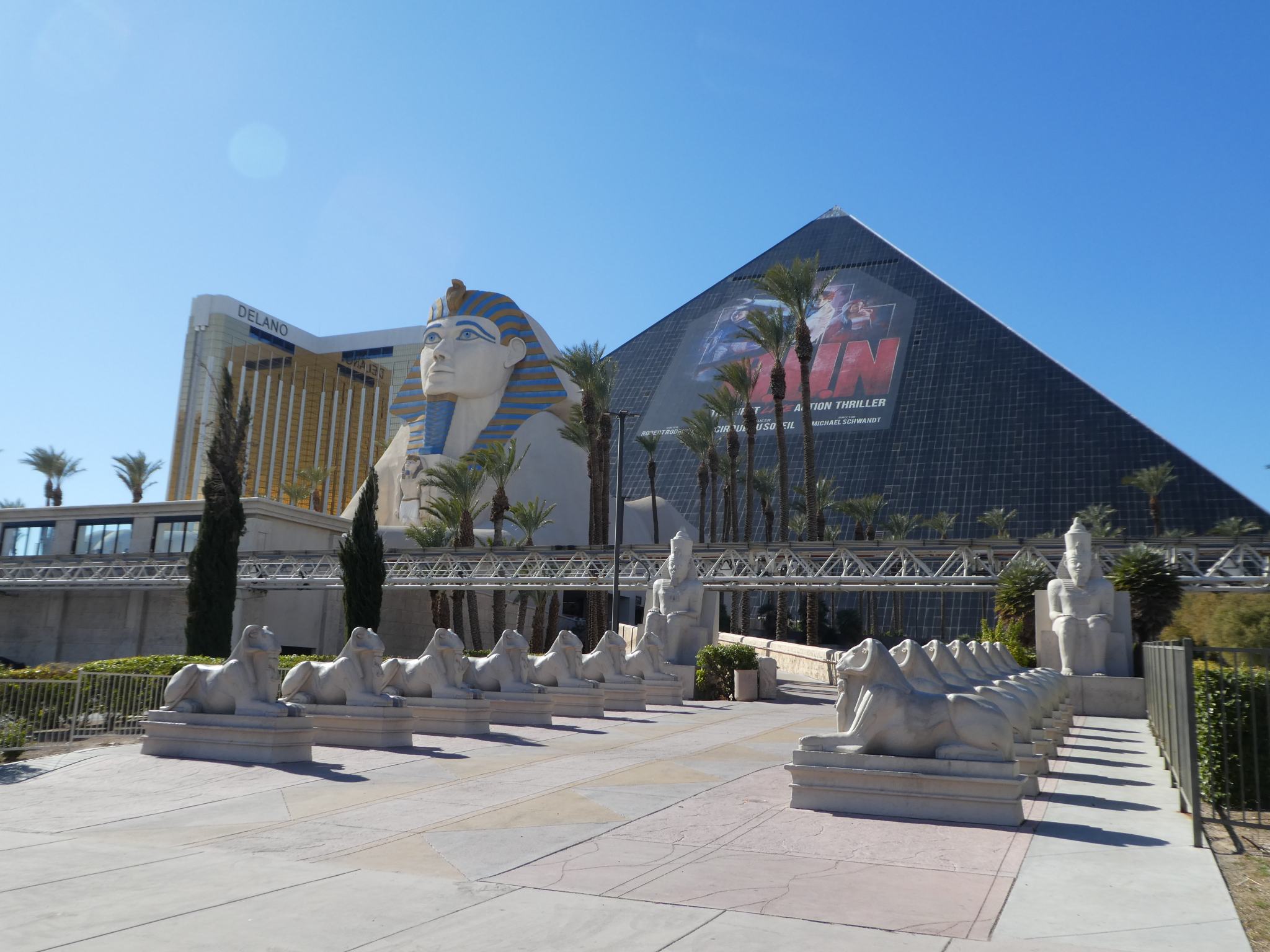 But it begs the question:  Why would you want to?  And didn’t anyone tell the designers that Excalibur was the sword not the town – which was Camelot – and that there are no pyramids at Luxor.  If Vegas is their only education about literature and history, it’s no wonder so many Americans are confused.

OK, it looks a little better at night. 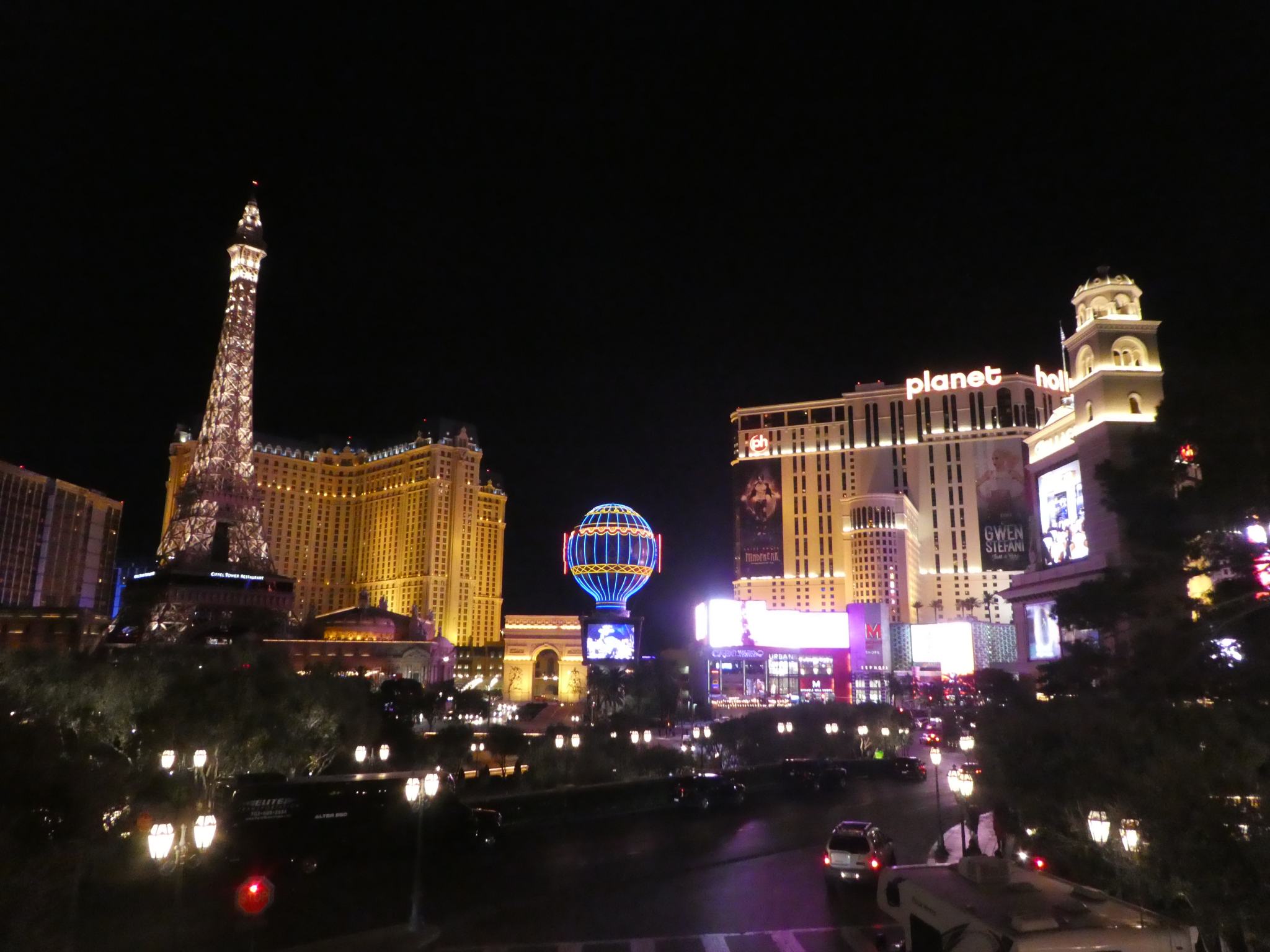 But what a disappointment Vegas was.  The fountain at the Bellagio was not operating.  There was no sign of George Clooney at the roulette tables.  The Cosmopolitan’s Lucky Cat, a seven foot version of those gold and red felines with the waving arm which you see in every Chinese restaurant in the world, is no more.  Nine lives expended, it seems.

We saw a brilliant Cirque du Soleil, and missed Van Morrison by two days, so Vegas’ reputation for good shows is intact.  But as a town it’s just not our thing.  The best was the Neon Boneyard.  In a lot heading out of town, an open air museum has been set out preserving some of the old neon signs from the heyday of Vegas.  It’s worth a visit for the 60s nostalgia. 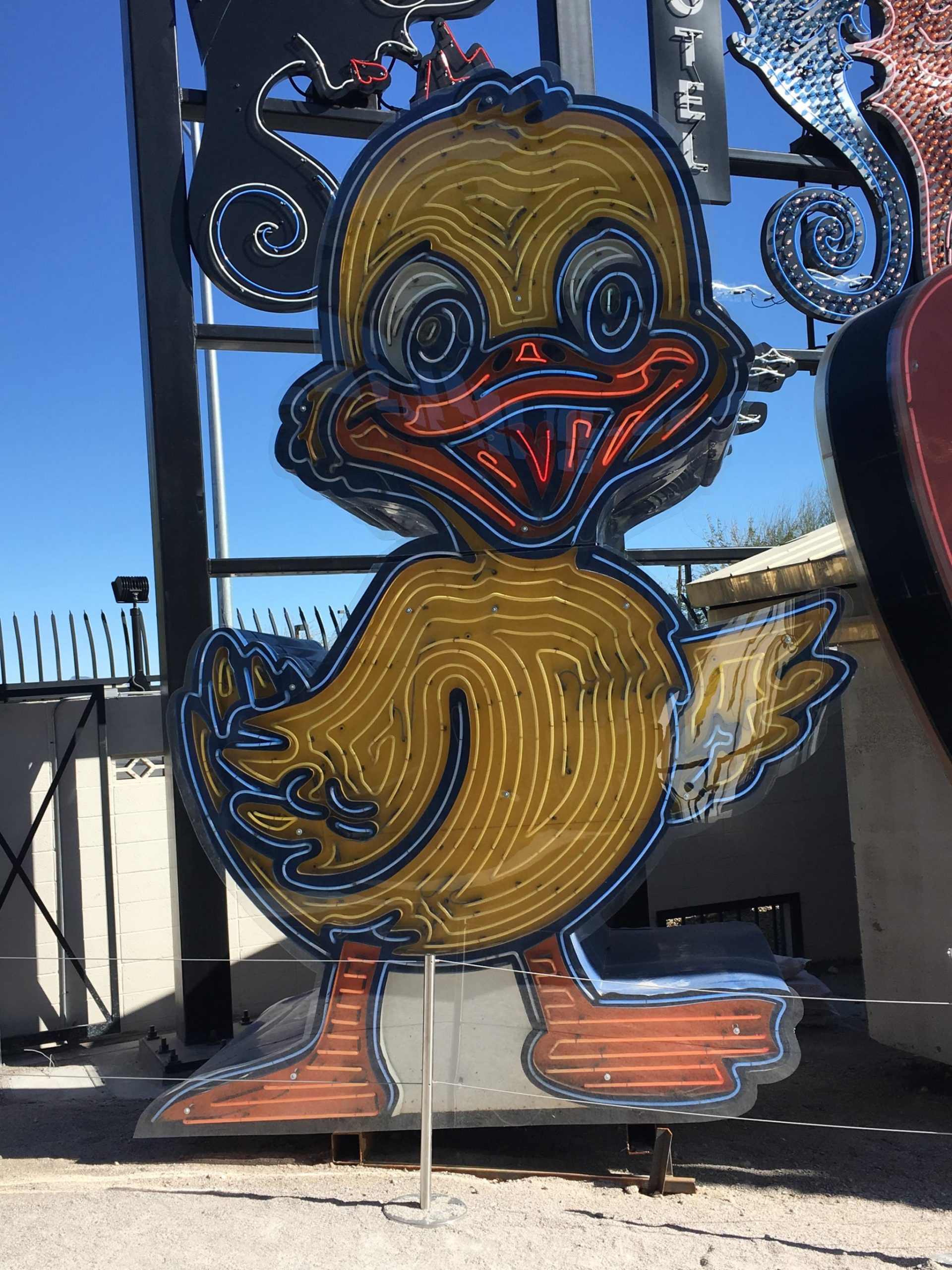 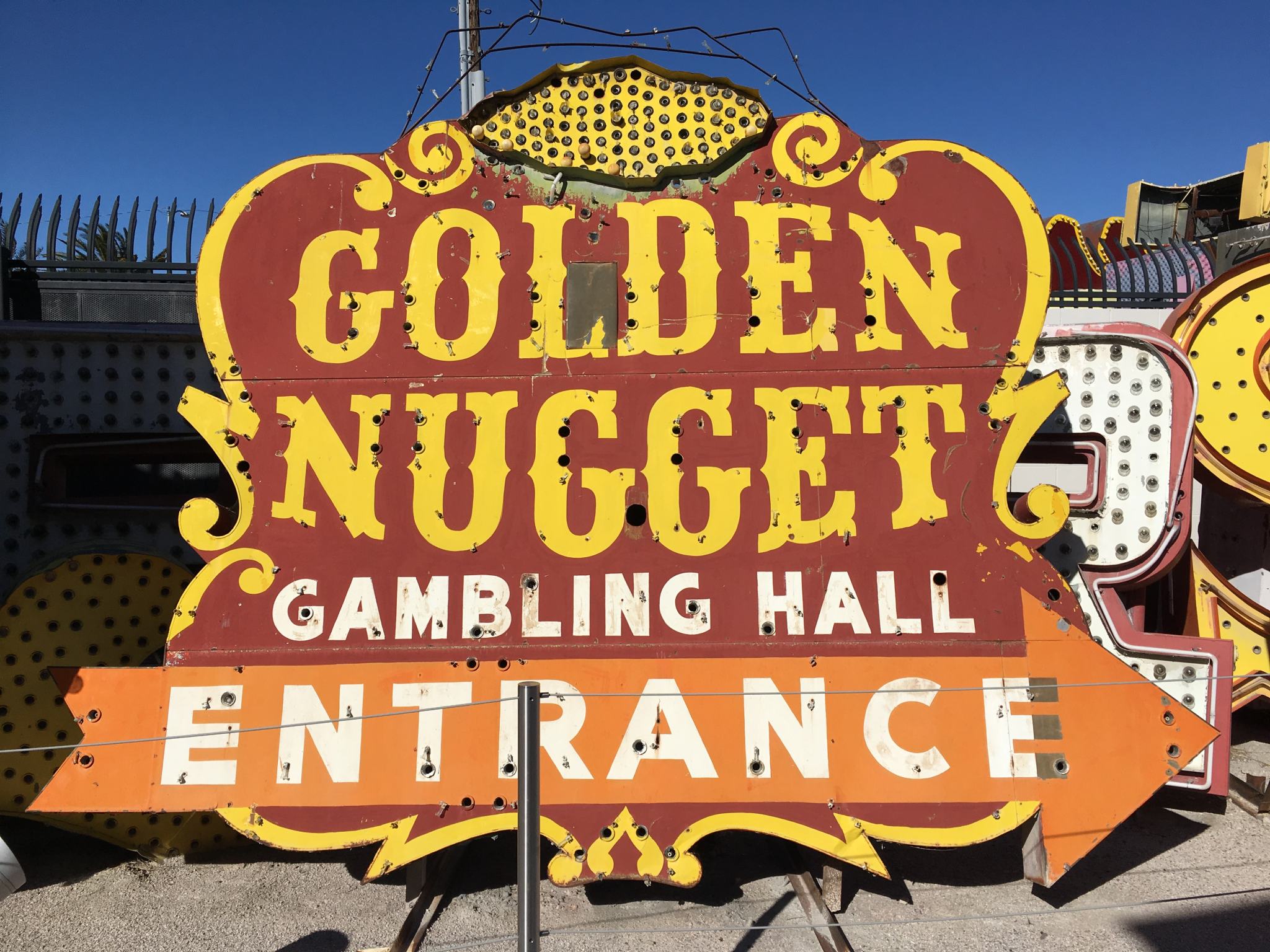 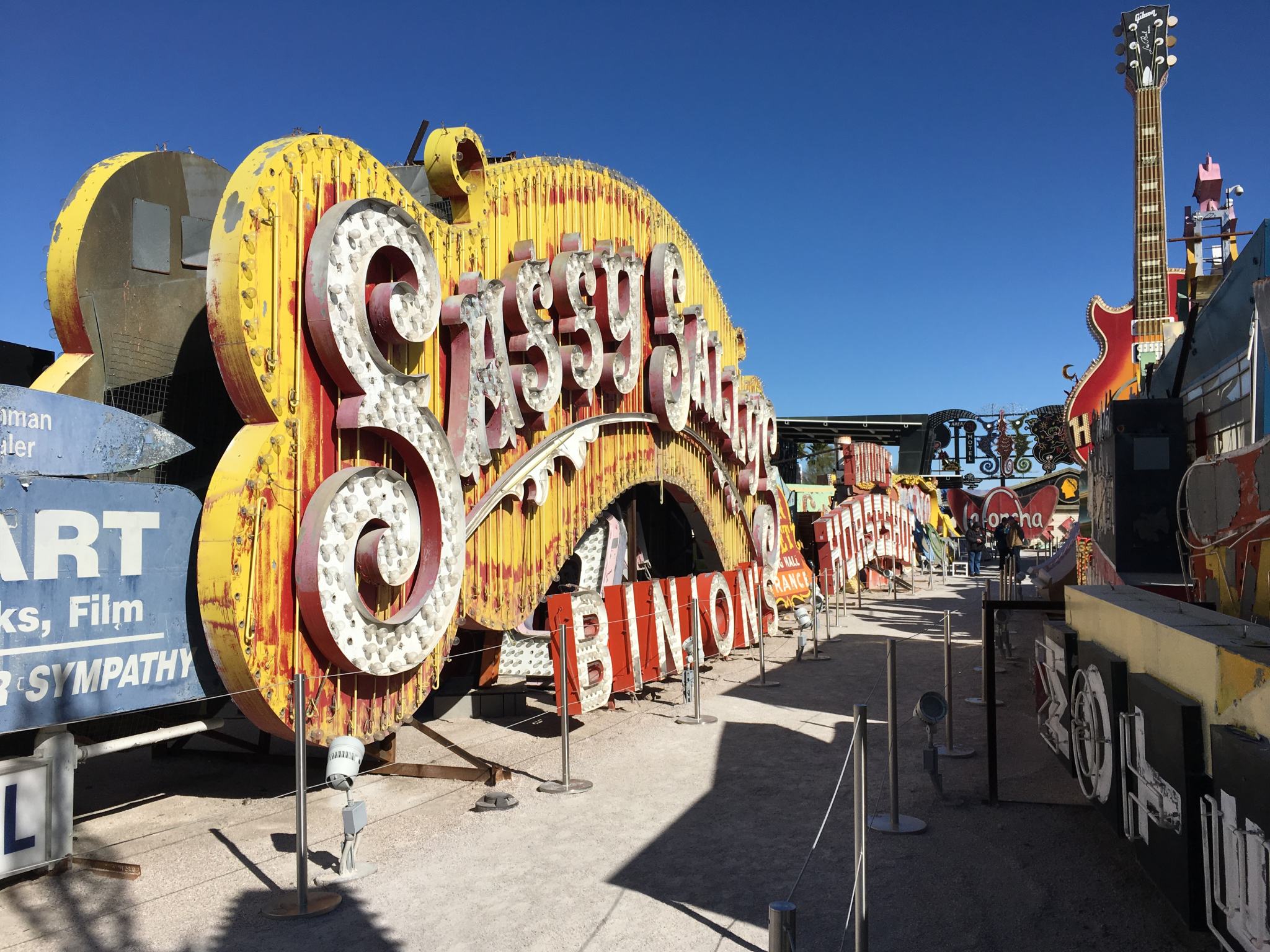 Two nights in Vegas was one night too long.  It might have been great in Elvis’ day, but it was time to leave the building.  We hired a car and headed to Death Valley.

What a contrast.  True beauty in the middle of the desert.  The diversity of landscapes is remarkable.  Here’s just a few locations: 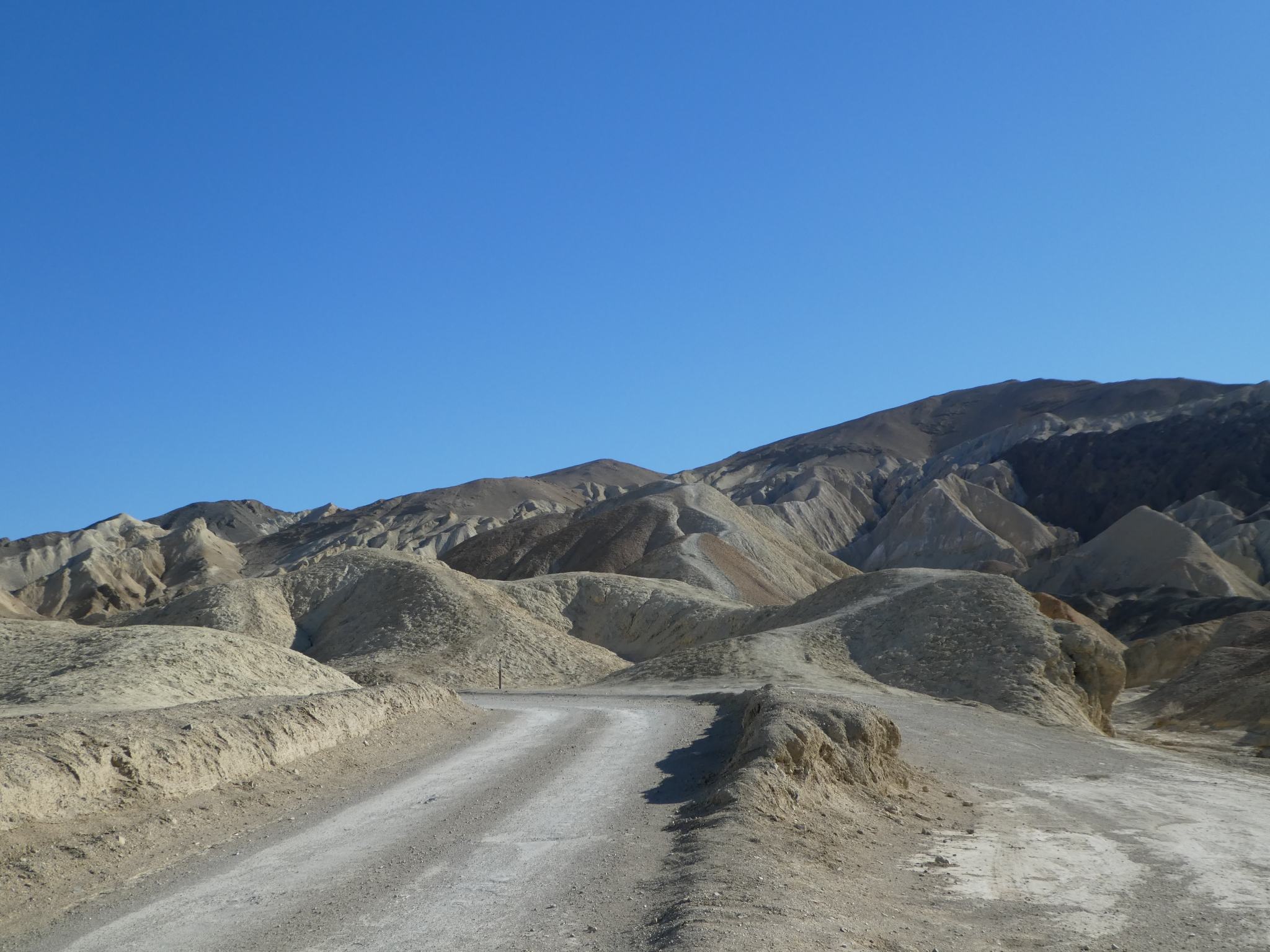 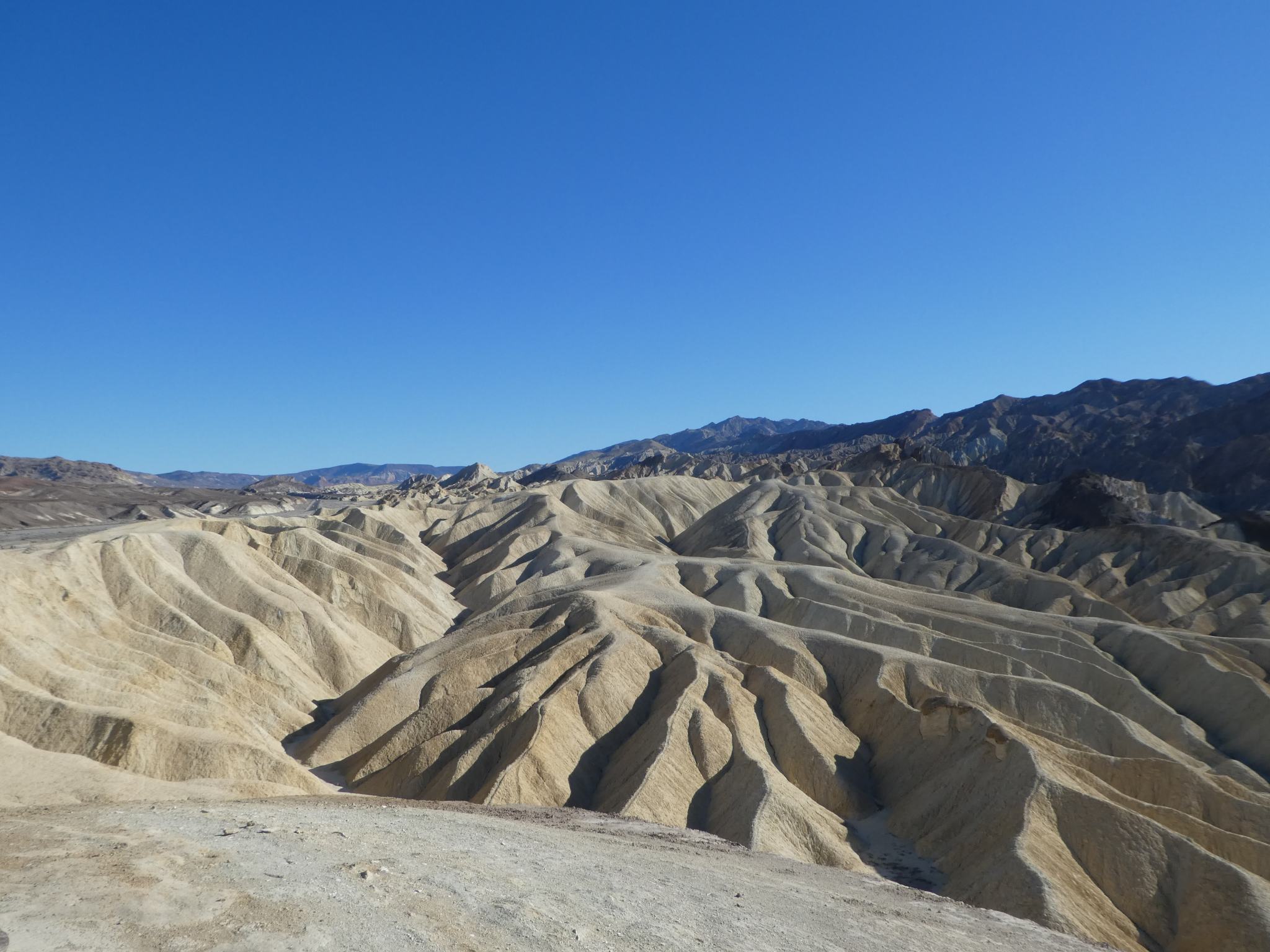 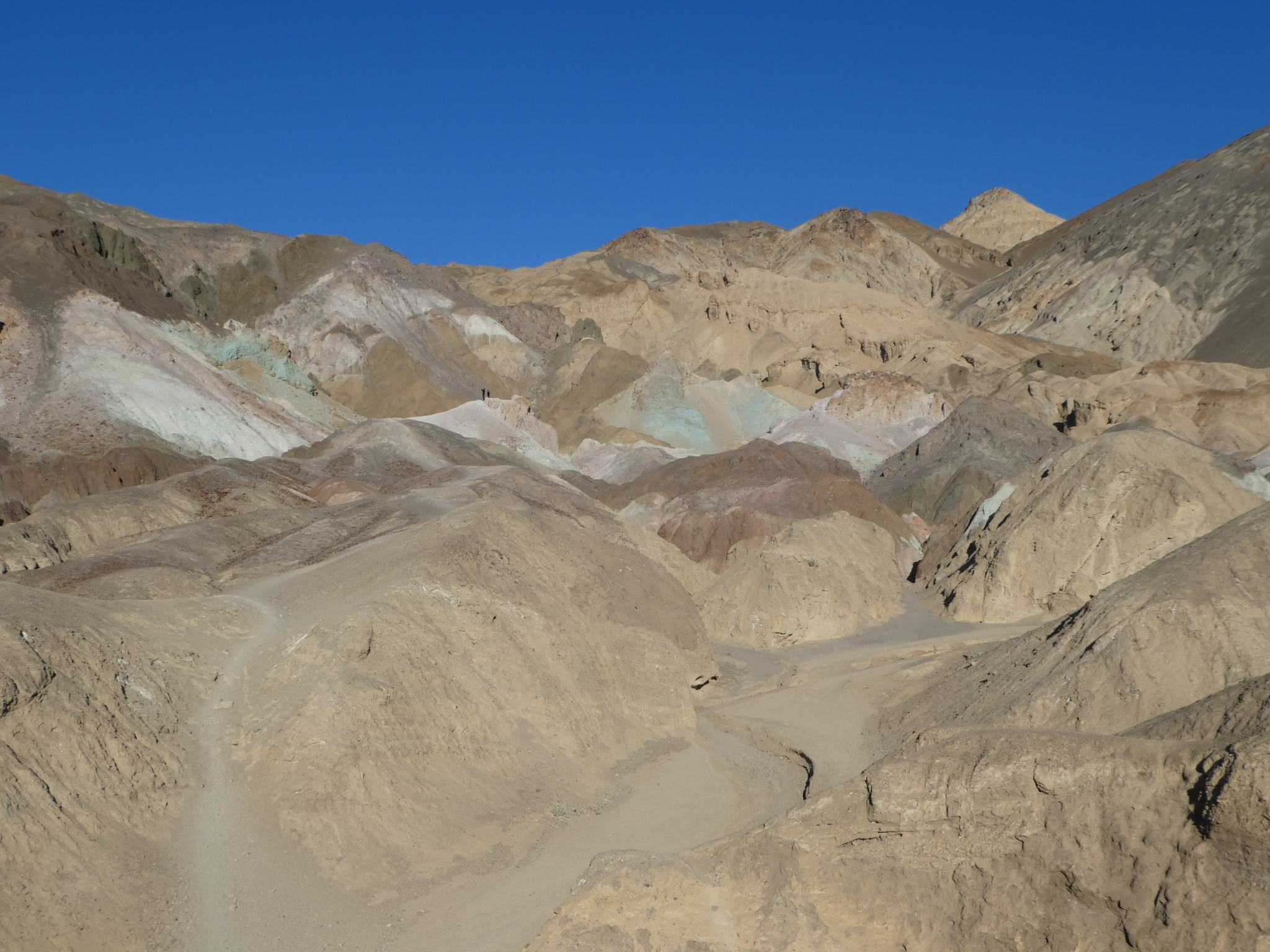 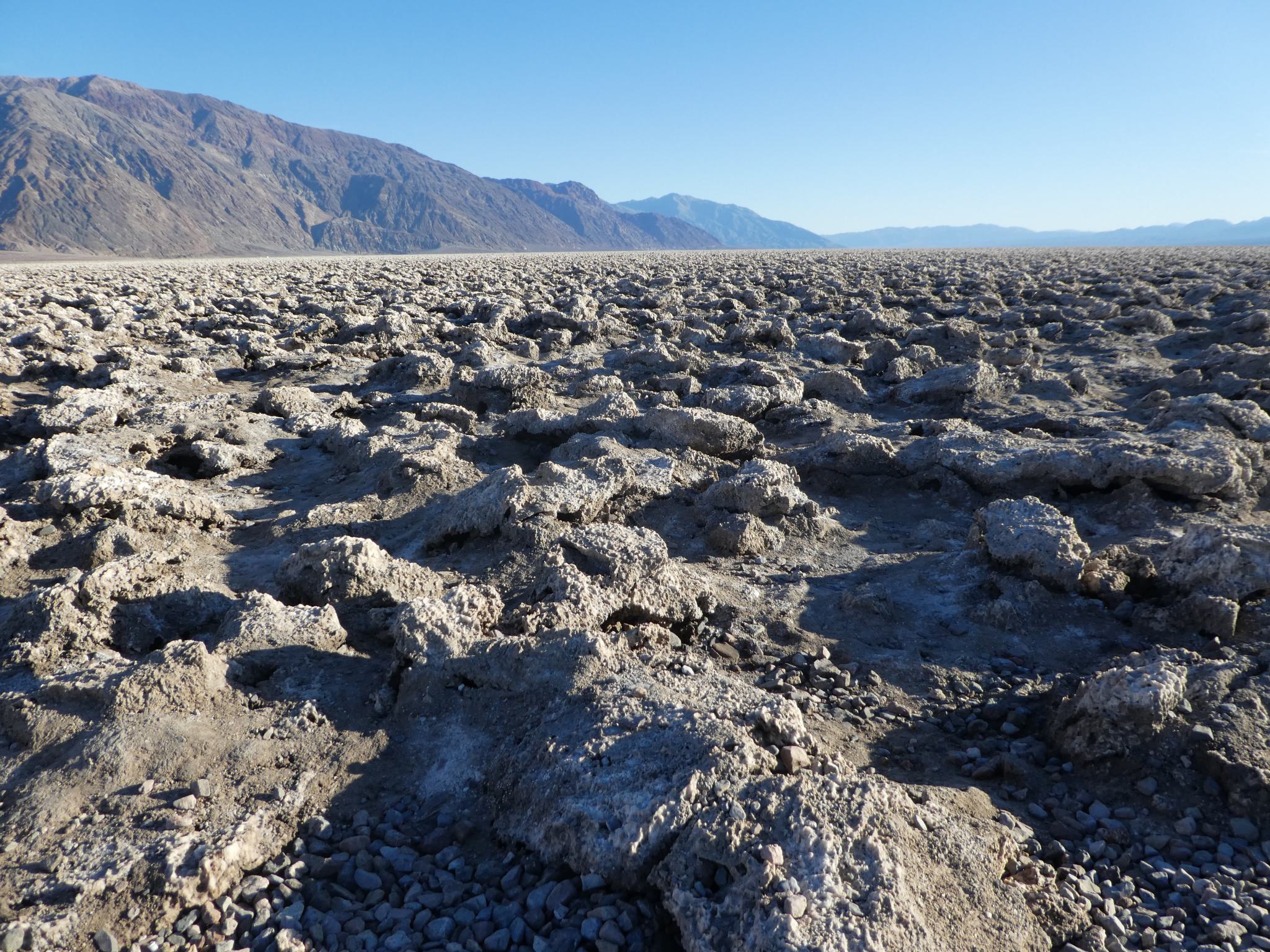 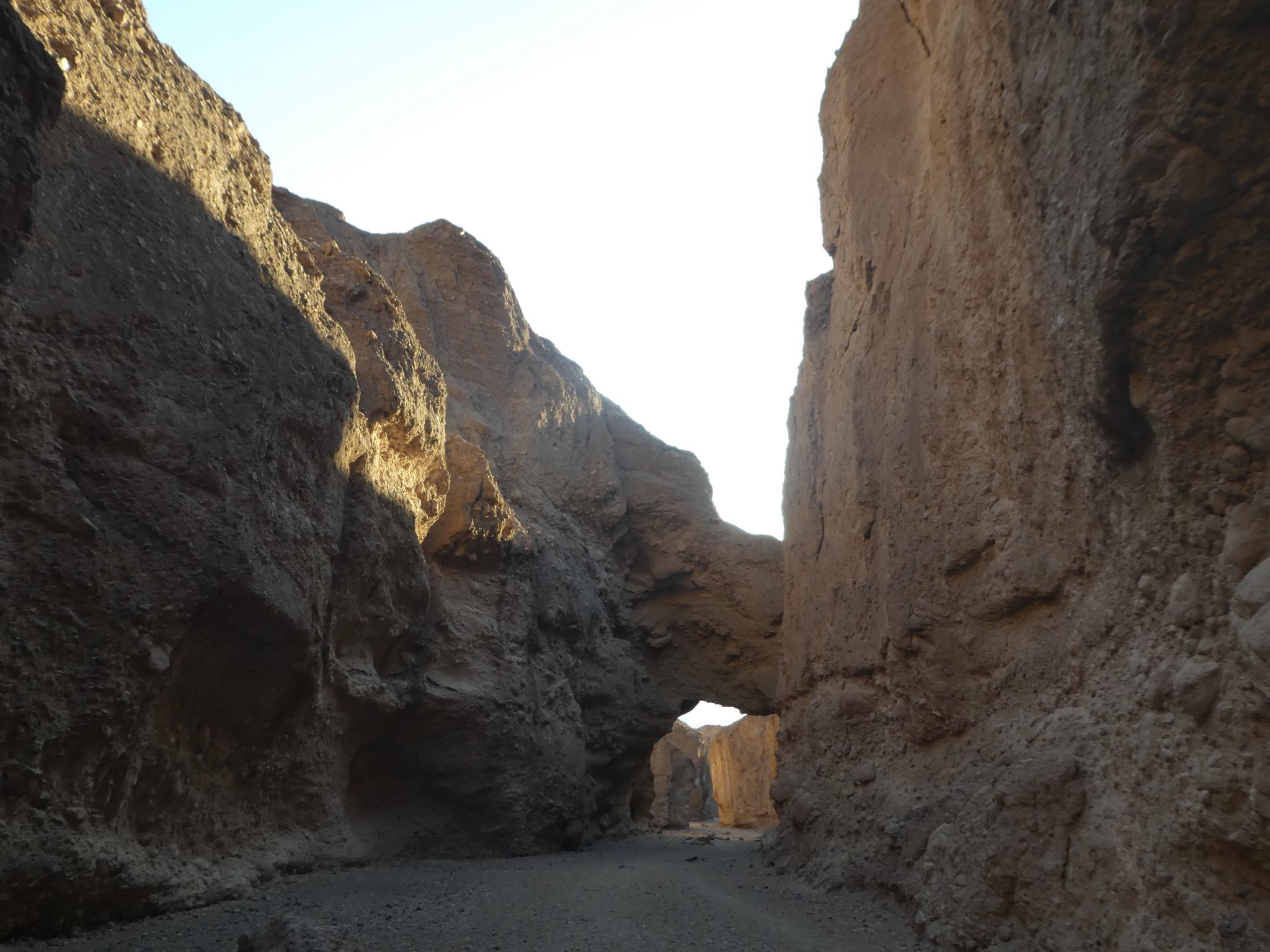 On the eastern edge of Death Valley National Park is the ghost town of Rhyolite, once home to around 5,000 people.  It sprang up in the early 1900s in a gold rush, and sank into nothing less than 20 years later when the gold failed to materialise and the Great Depression shook the US economy to its core. 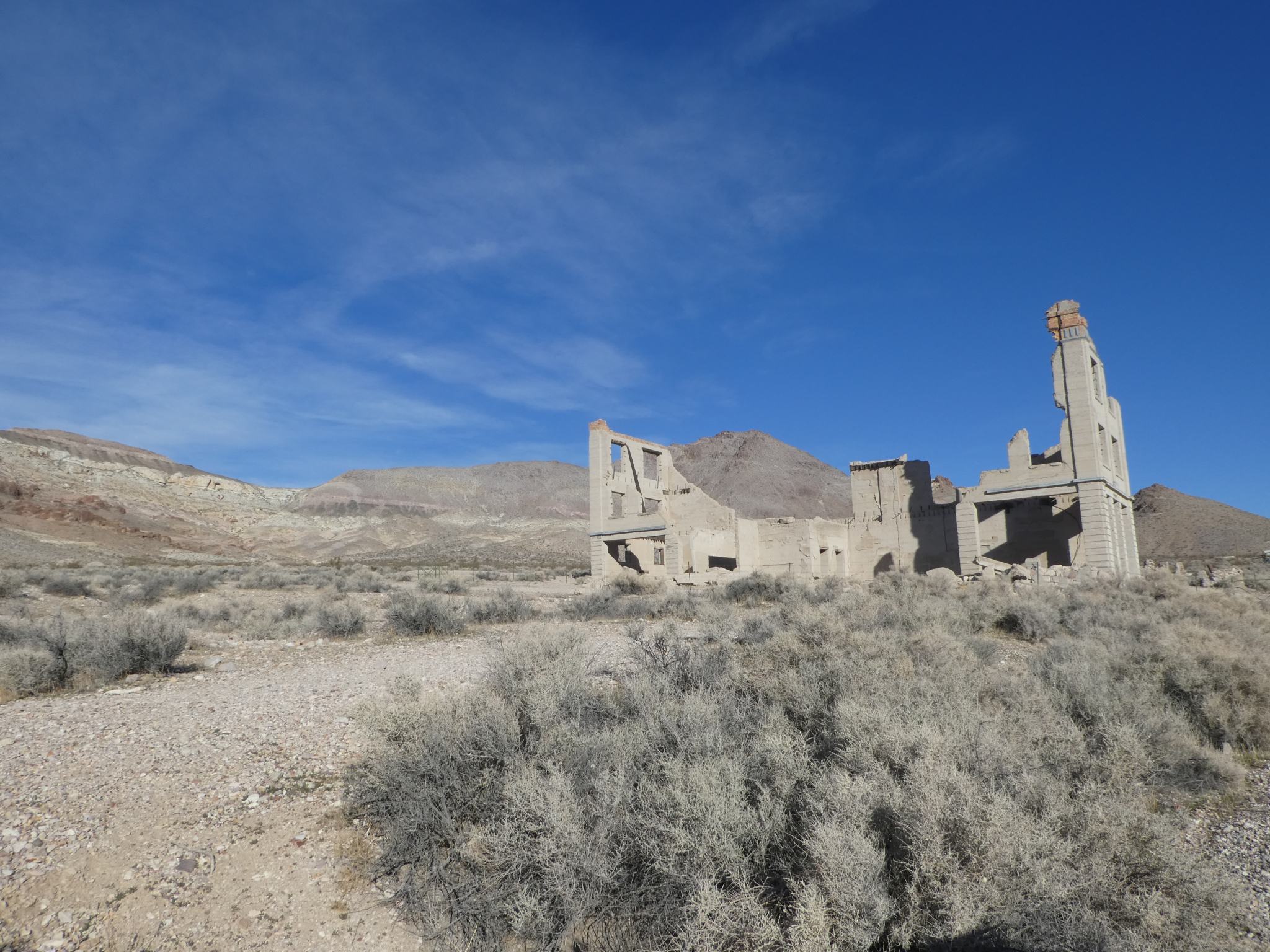 Some unusual art installations have been placed around the decaying buildings. 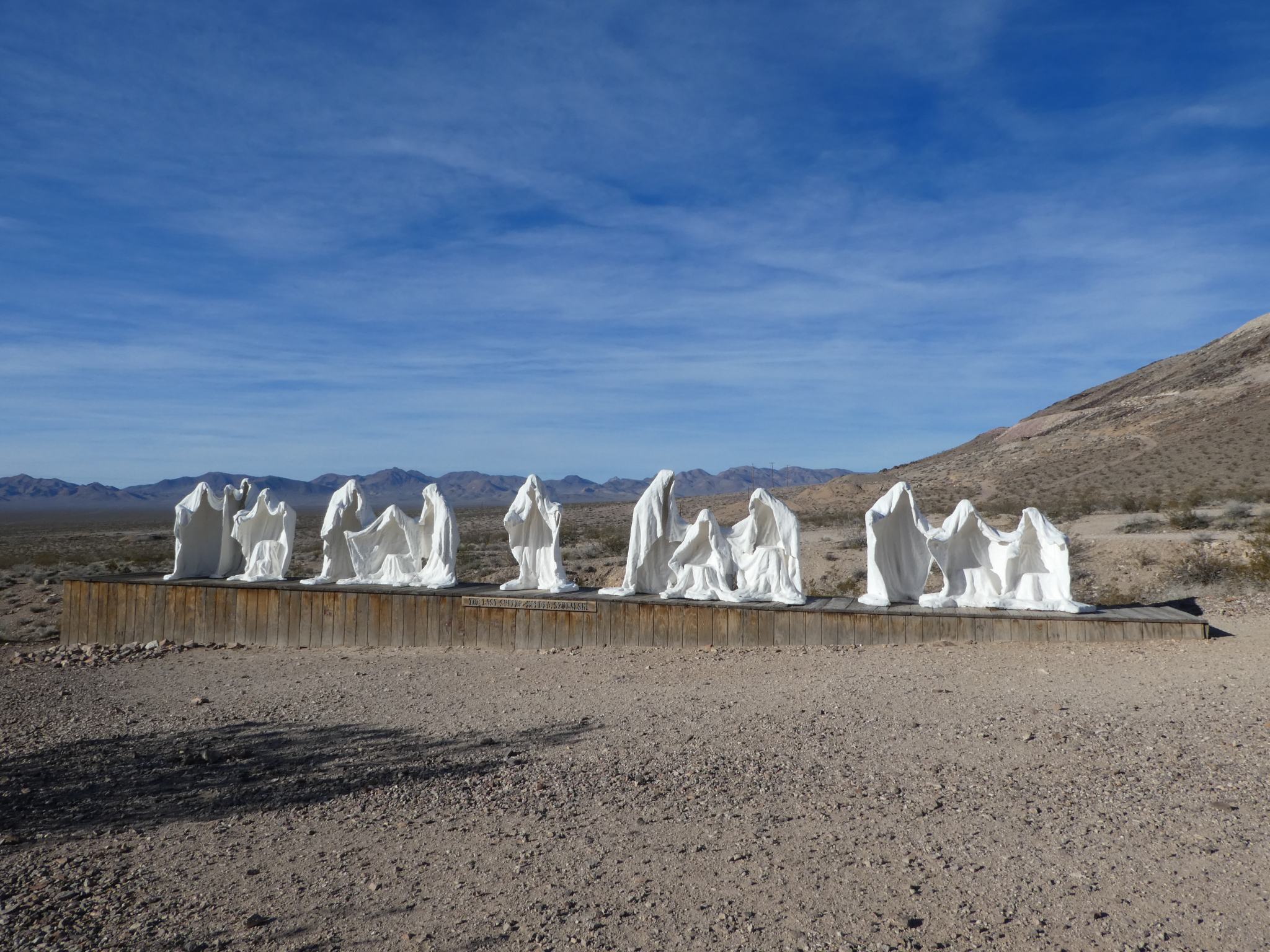 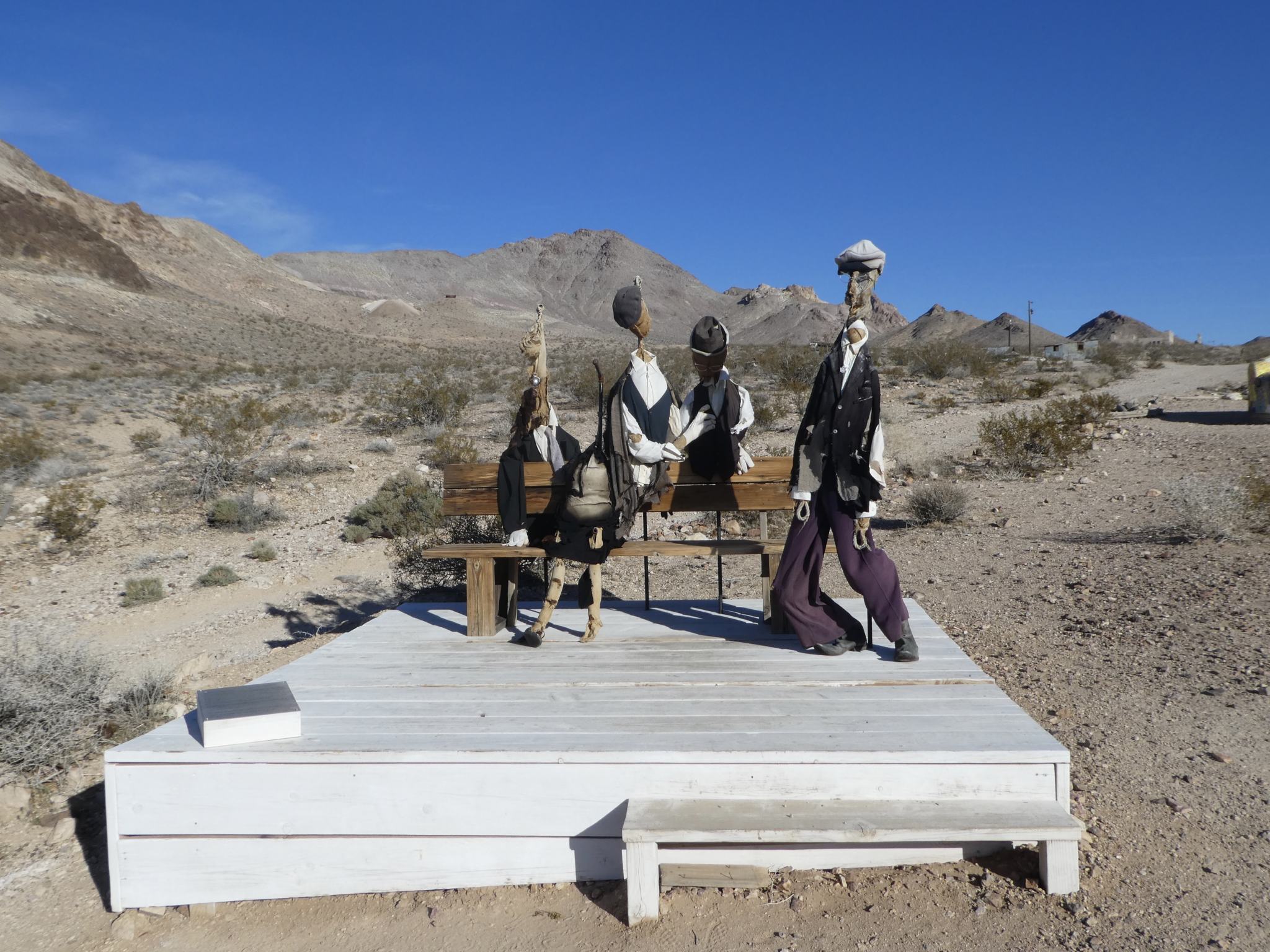 Back in the centre of the park, heading west, are the magnificent sand dunes at Stovepipe Wells.  To give some idea of their size, the tiny white dot on the curve of the crest of the dune in the below photo is two people. 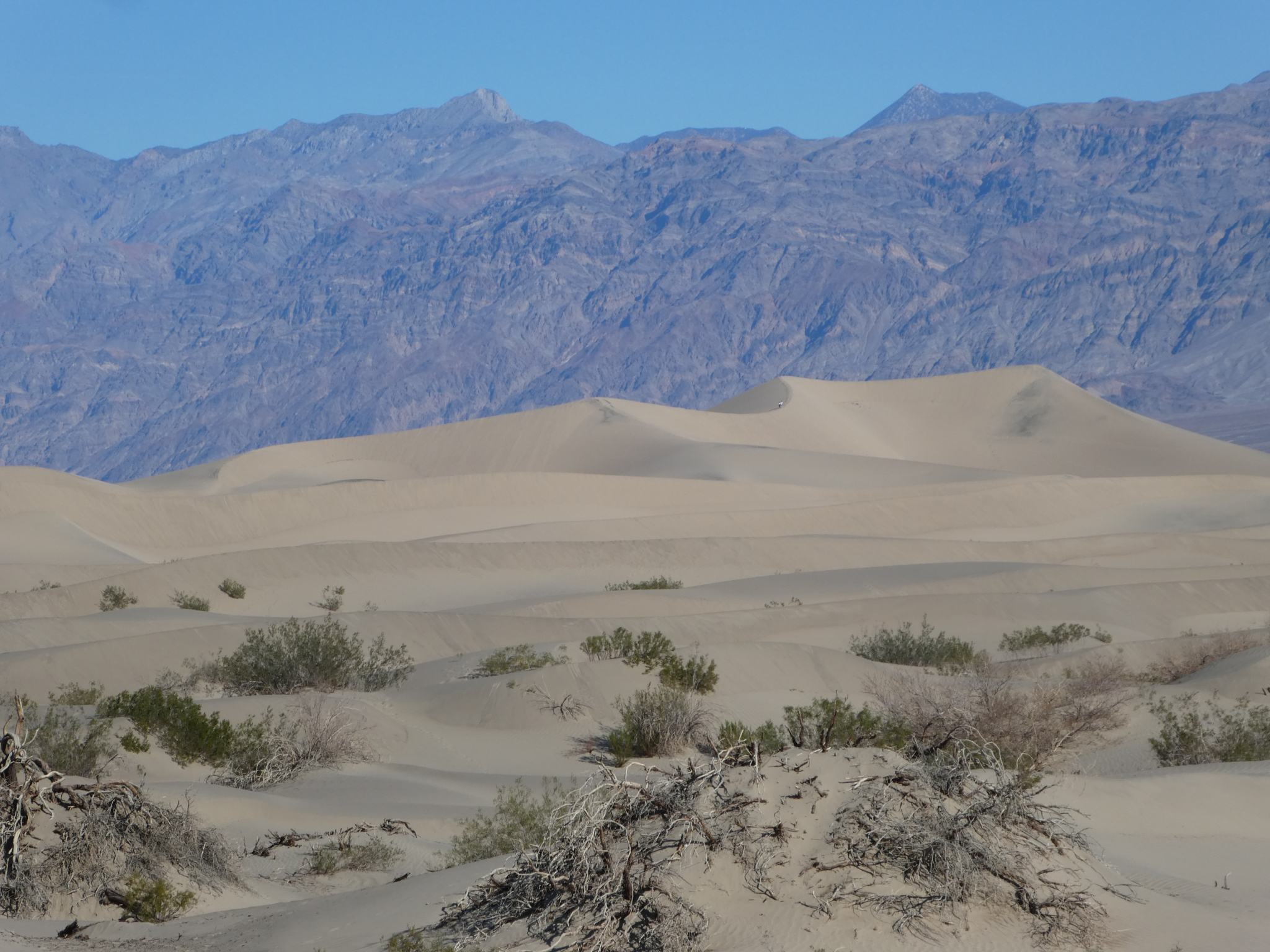 We continued west toward the Sierra Nevadas.  It would have been nice to head up over the high pass to Yosemite, but the road is closed due to snow until May. 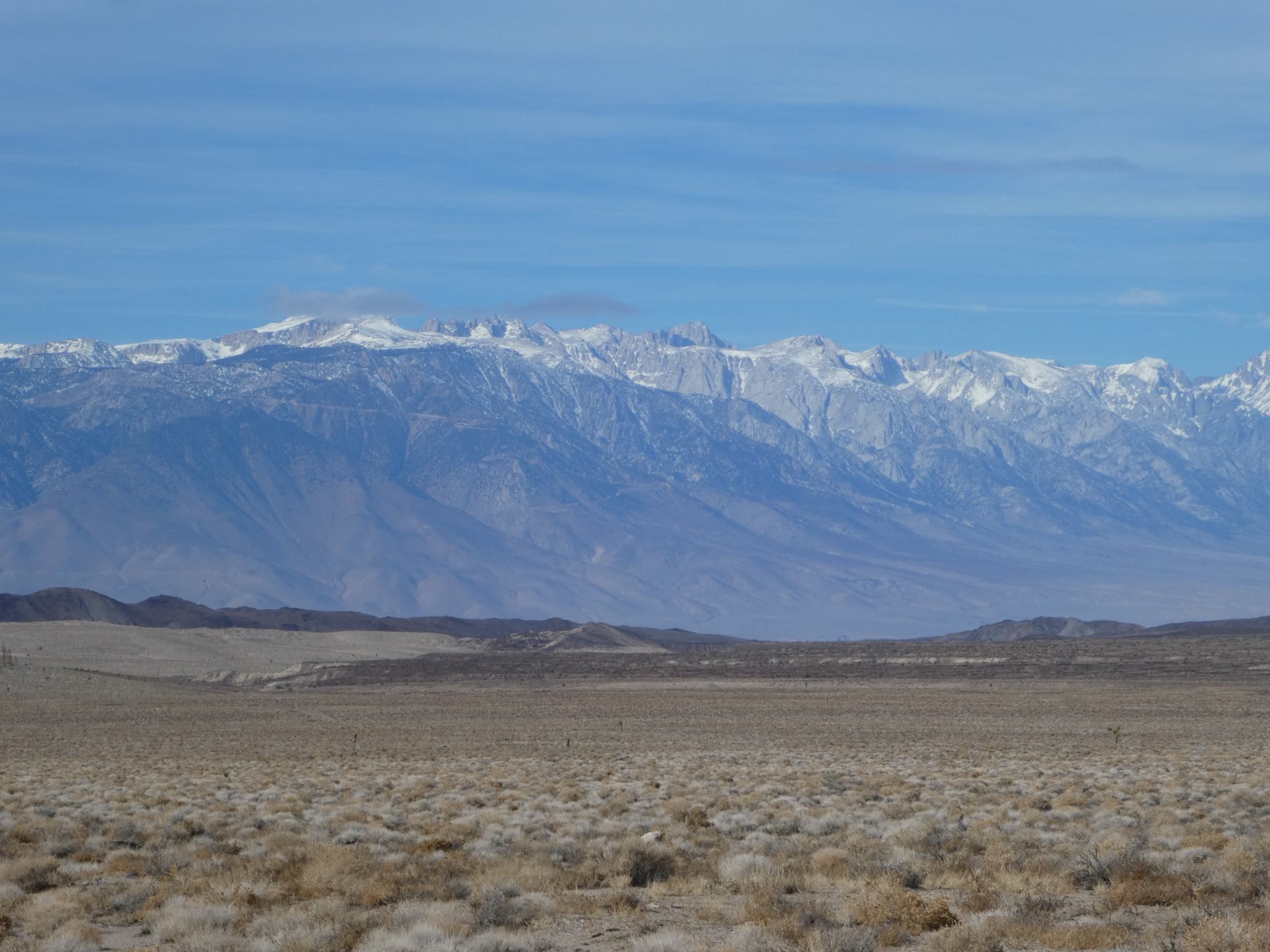 Instead we ducked around the southern end of the Sierras and across to the coast to Cambria, where we headed up the Big Sur.  We have done the drive before, but it is impossible not to be captivated by it. 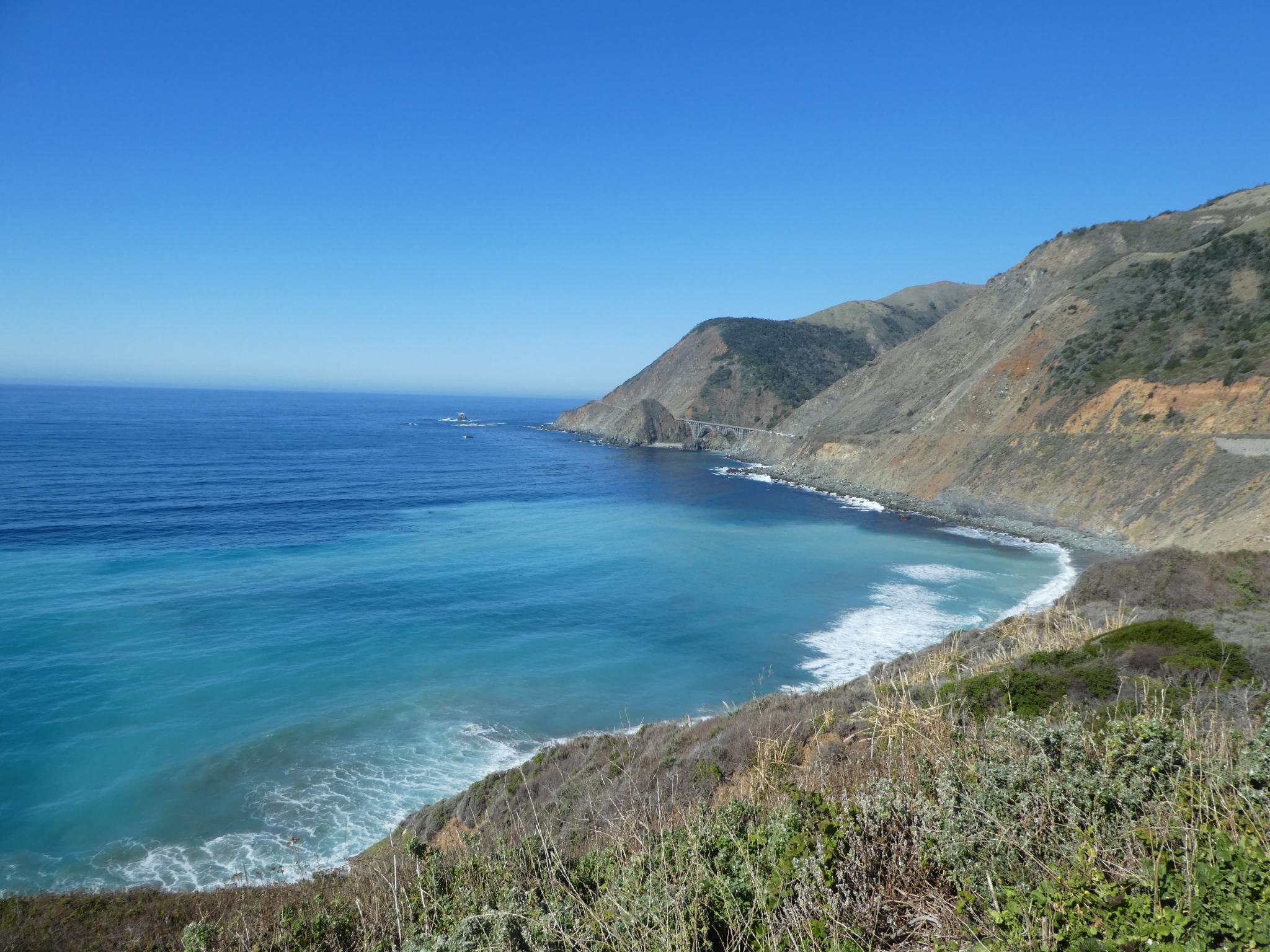 It’s elephant seal breeding season and colonies are active along the coast. 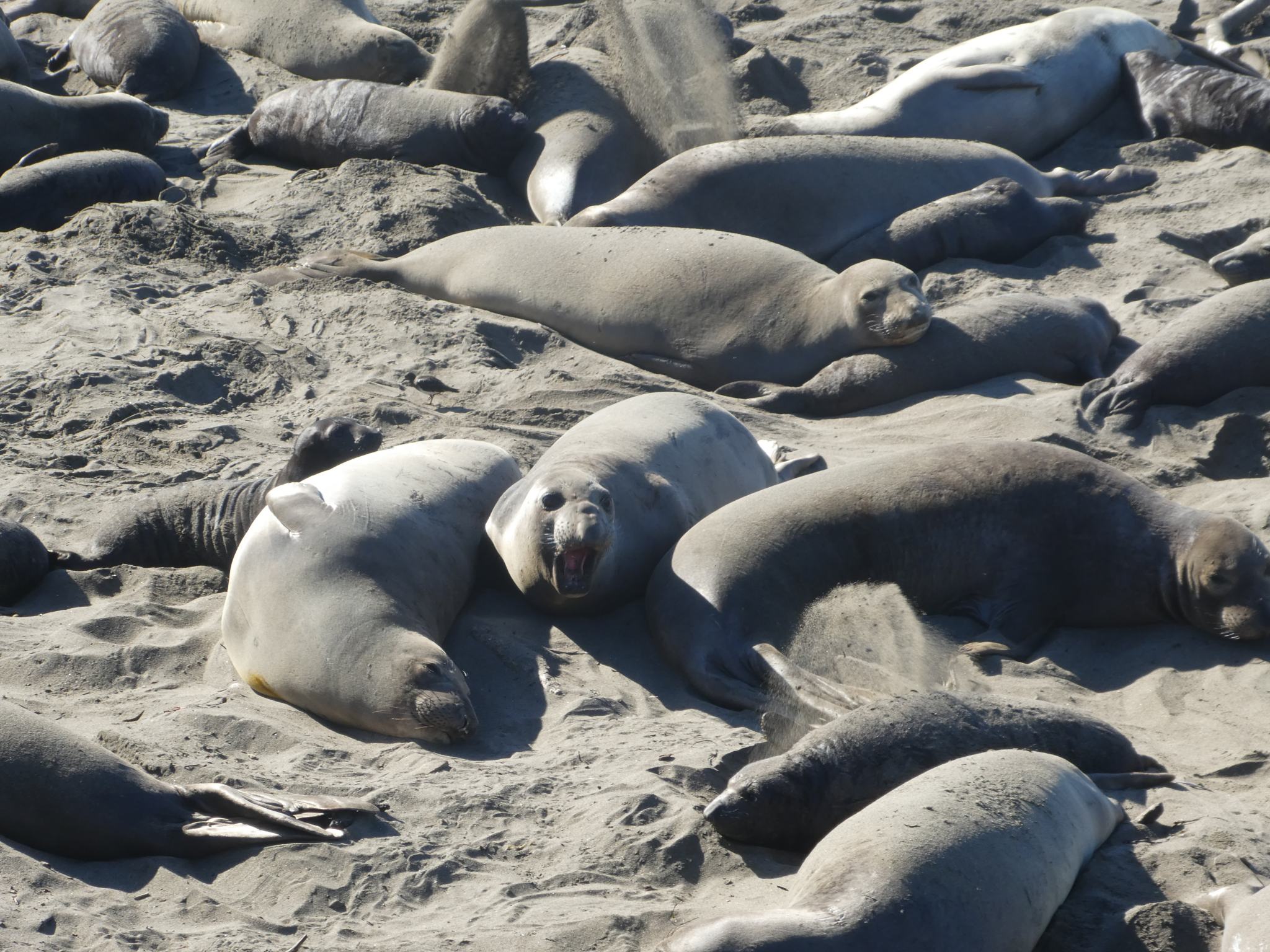 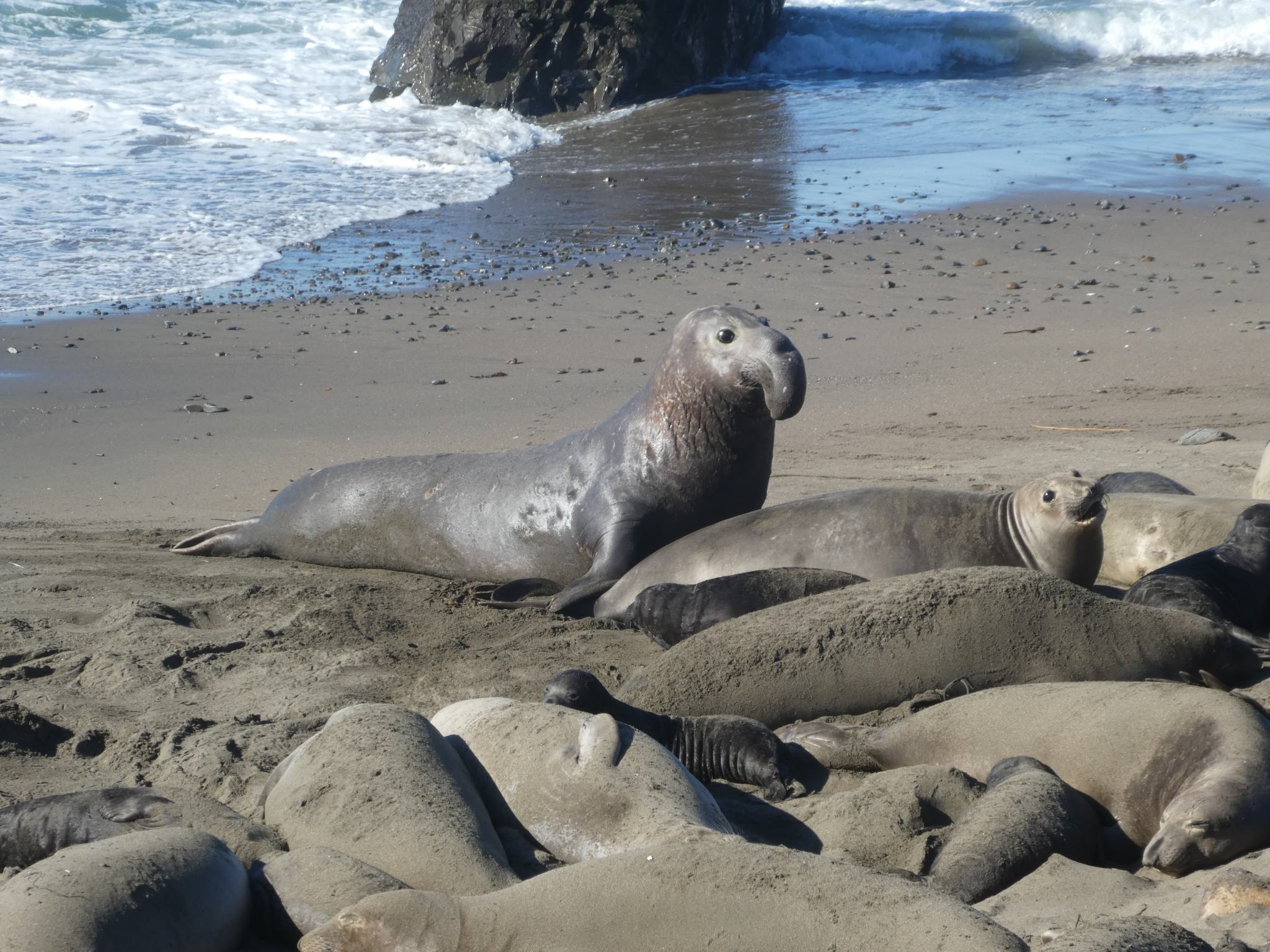 We detoured down to Pfeiffer’s Beach, famous for its purple sands, caused by concentrations of garnet. 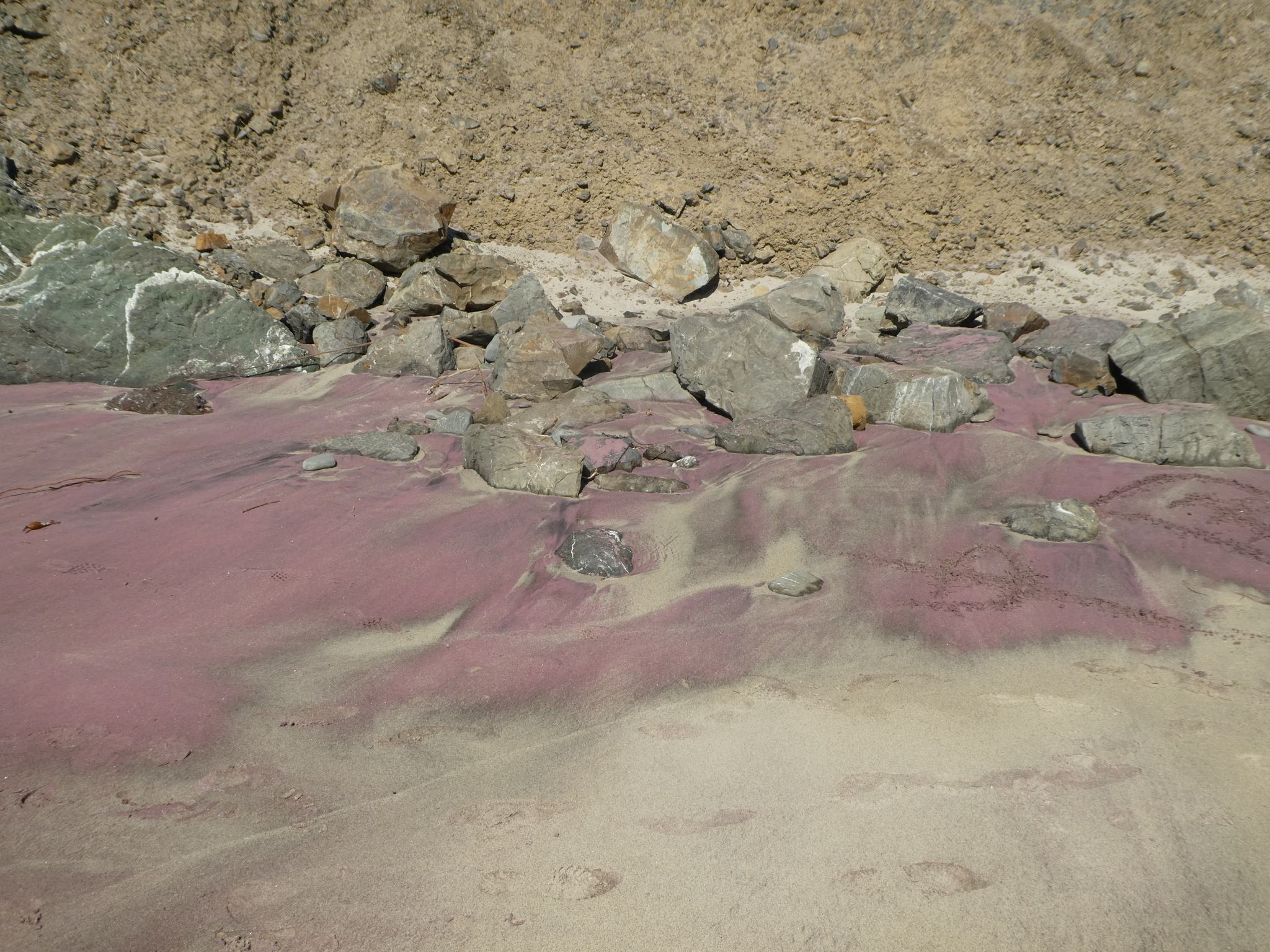 And for Keyhole Rock, a natural arch where for a short period of the year sunset sends a blinding shaft of light through the gap in the rock, attracting hordes of photographers.  It was mercifully quiet when we visited in the middle of the day. 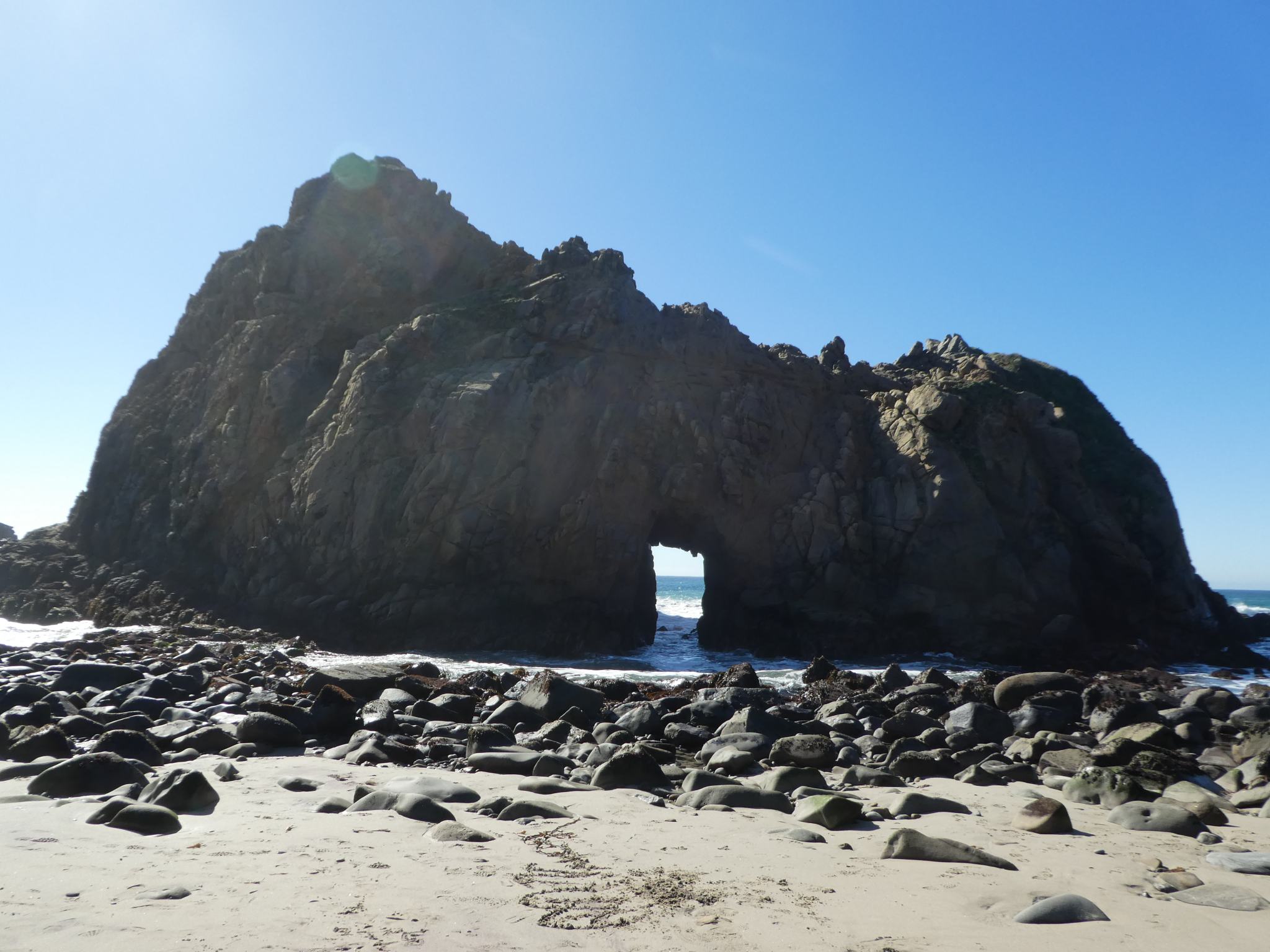 After reaching Monterey we veered inland to Salinas – where Janis Joplin famously let Bobby Magee slip away – to visit the John Steinbeck Museum.  Steinbeck grew up in Salinas and spent much of his life here.  Locations around the county feature in all of his books. 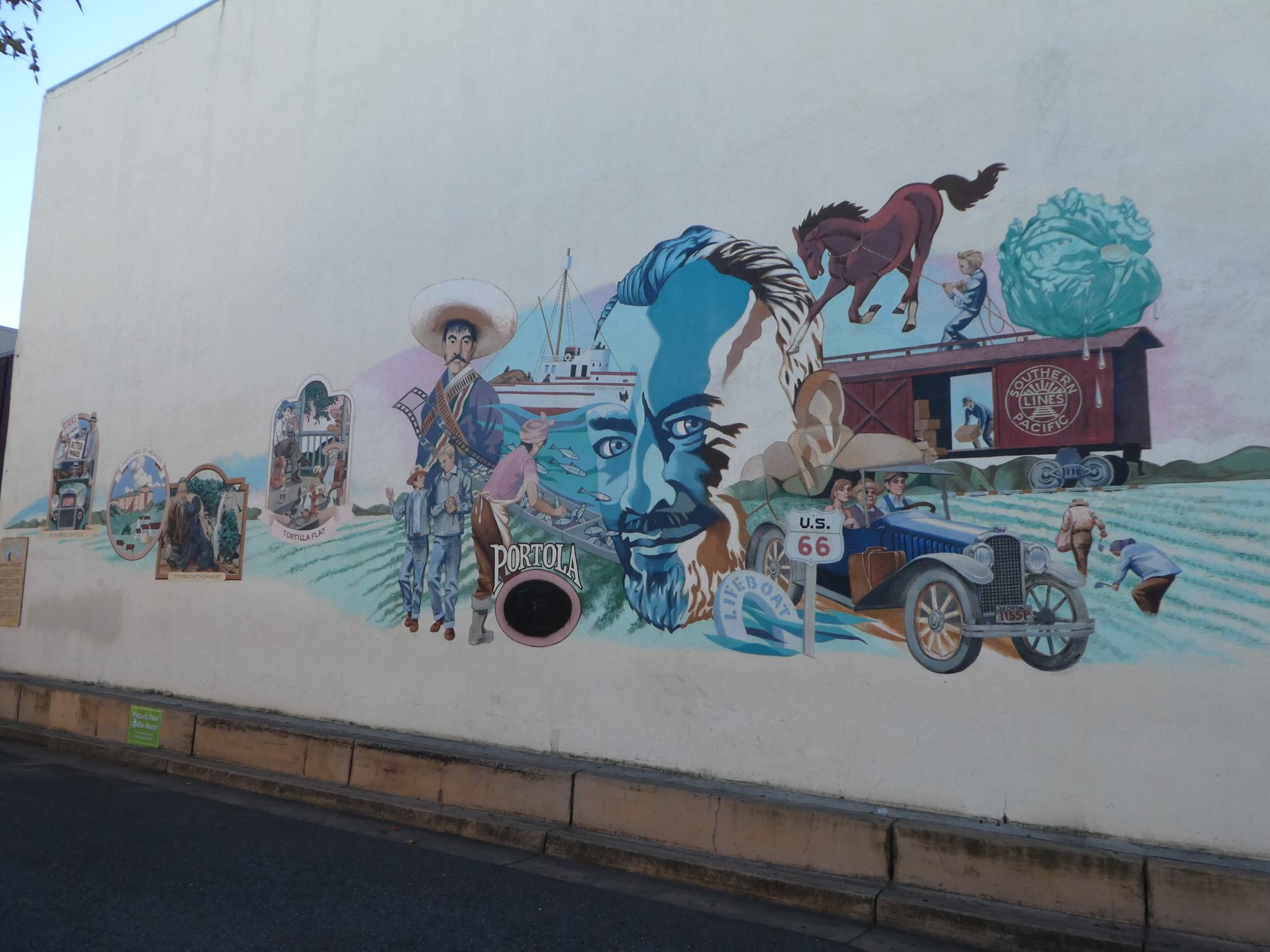 We then crossed back to the coast to Elkhorn Slough to see the sea otters.  These gorgeous creatures have the densest fur of any animal – up to a million hairs per square inch.  This made them attractive to furriers in the 1800s and almost all of the otter colonies were lost.

They are protected now and populations are recovering.  Today about 2,800 live along the Californian coast in several communities, all of which can be traced to a colony of just 50 surviving otters found off the shores of the Big Sur in 1938.

From the shore of Moss Beach, you can see them floating around in the Slough and diving for food. 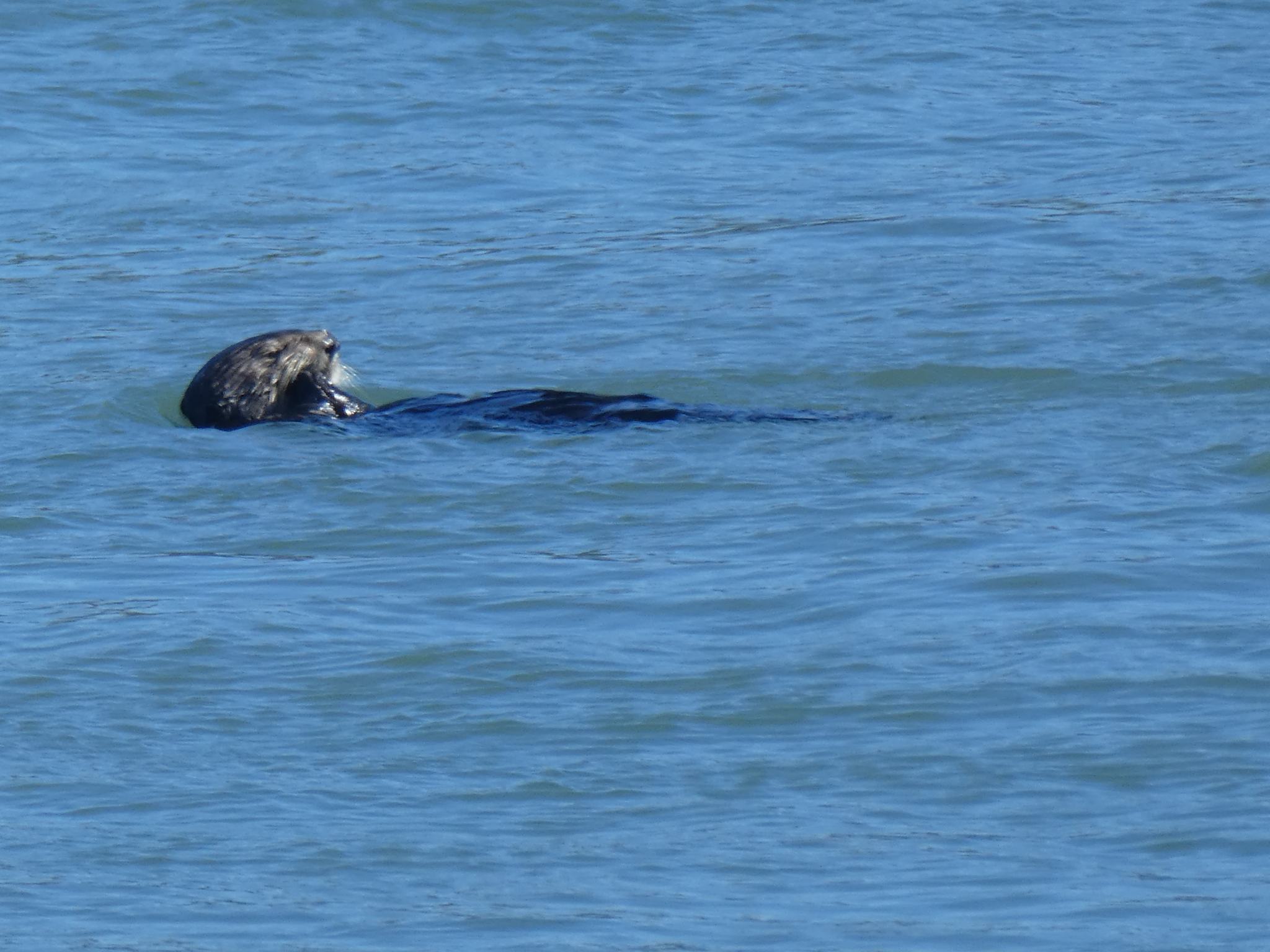 Otters are seriously smart.  They live on crabs, sea urchins and clams for which they dive to depths of up to 75 metres.   Having found one, they float on their back and smash the shell open with a rock.  We could see them doing exactly that. 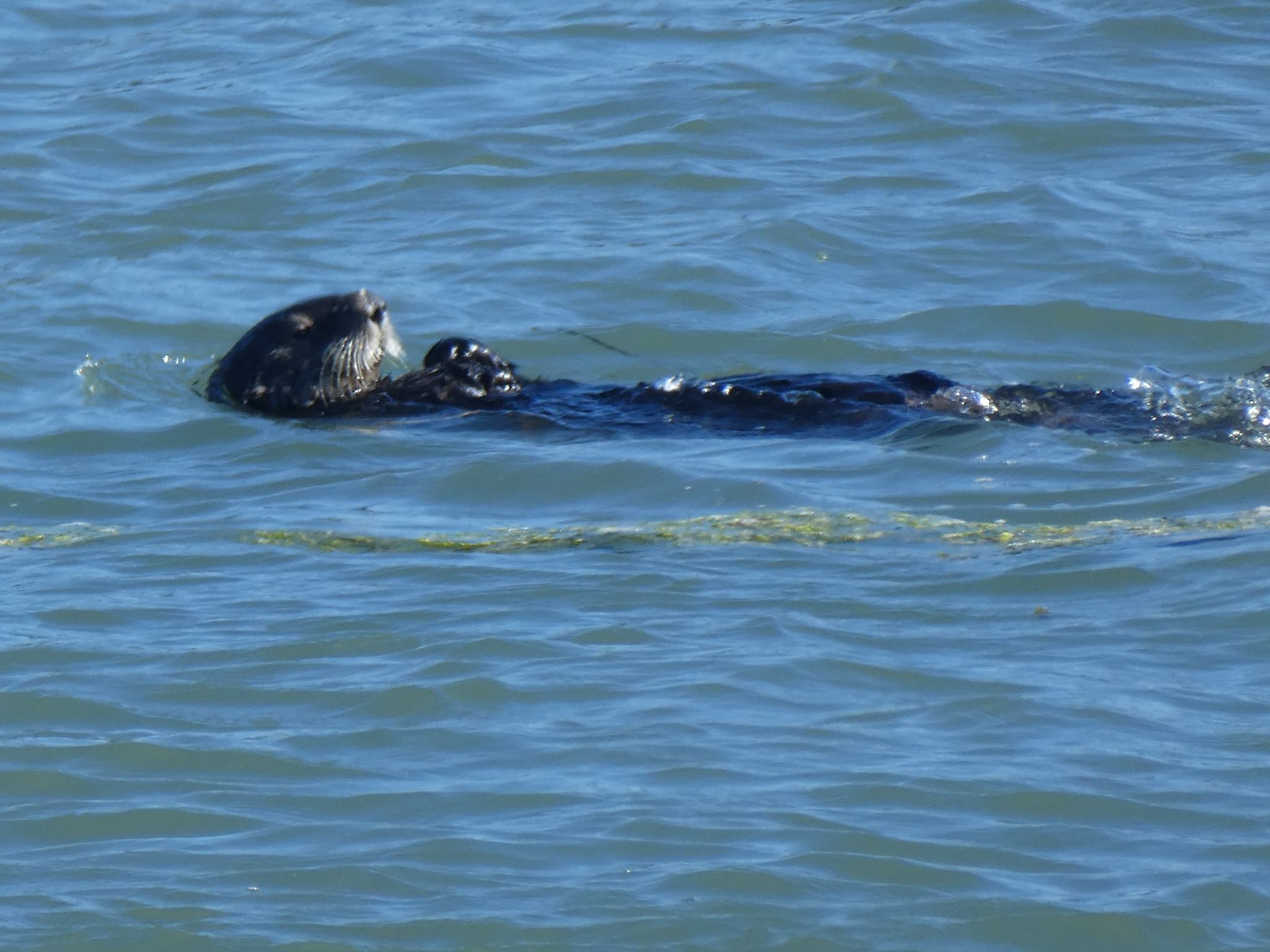 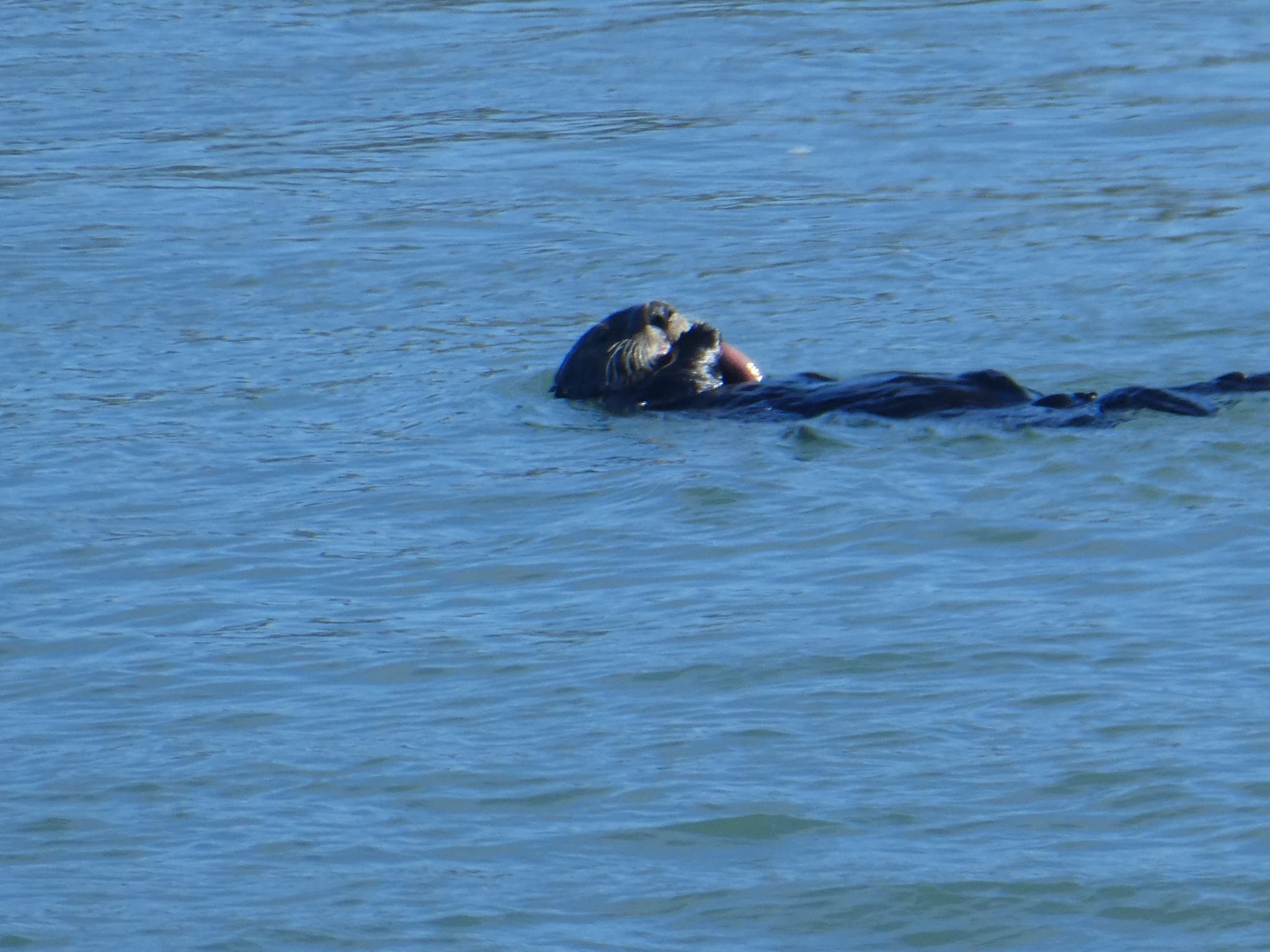 Instead of taking the direct route inland through San Jose, we followed the coast road north past some lovely beaches and then cut across into San Francisco.

We’ve been to SF twice before, so we’ve done the usual tourist things like Alcatraz, the Golden Gate Bridge, riding the cable cars and visiting Haight Ashbury.  Sorry, no photos of iconic SF locations, then.

Instead, we took the ferry to Sausalito for a seafood lunch, visited the Beat Museum which is new since our last visit, and browsed in the historic, and still wonderful, City Lights Bookstore where the beat writers first found fame. 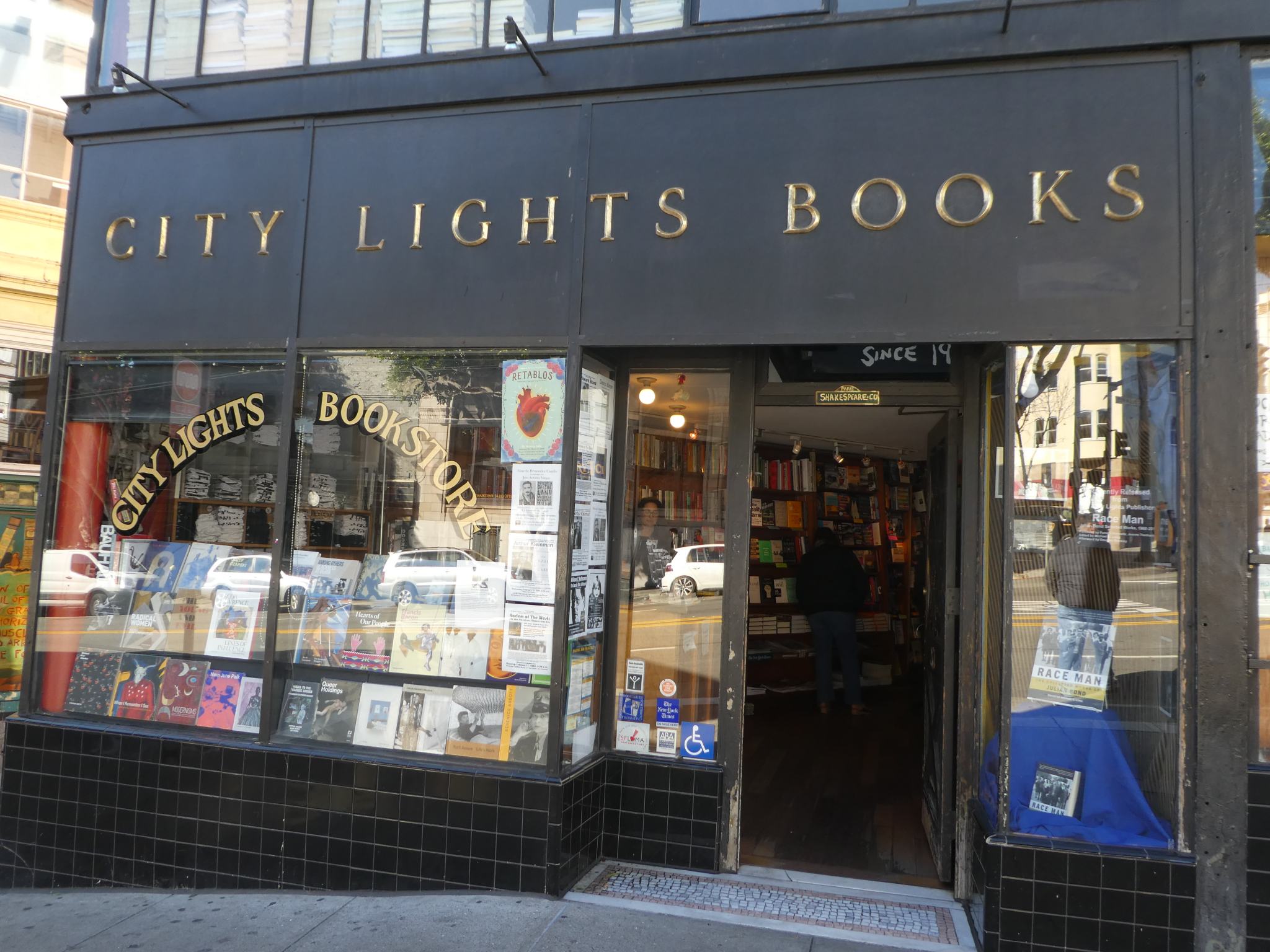 And on the very last day of our two-year-and-one-week travel odyssey, we found what seemed like it could be a fitting motto for life. 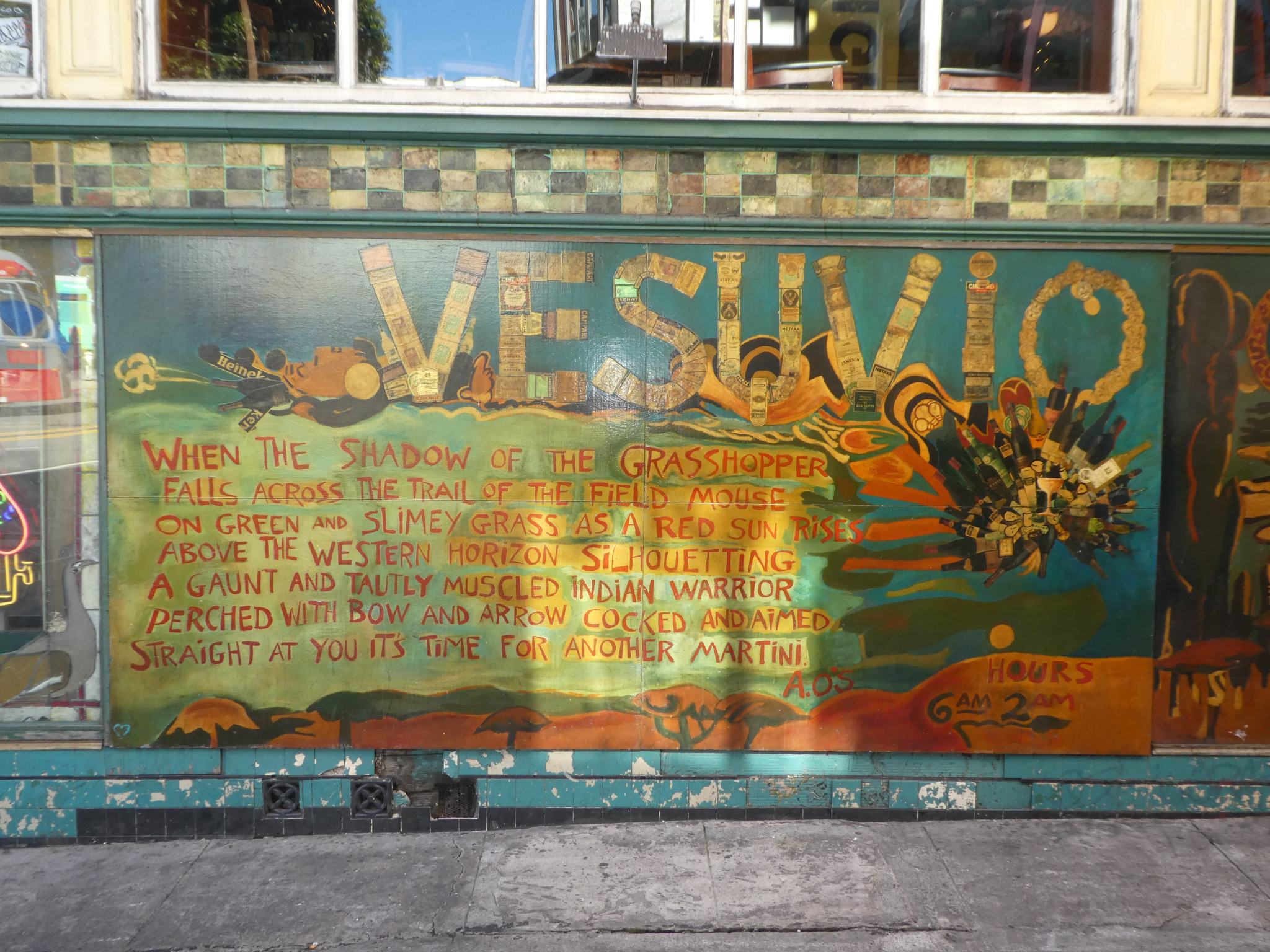