More than 2,500km in length, the mighty Murray River is the longest in Australia and the 16th longest in the world.  From the 1860s to the early 1900s, paddlesteamers carrying passengers, freight and mail to and from inland communities were vital to opening up the area.  With the construction of roads and rail, the steamers became uneconomic, but river traffic lives on in the form of recreational houseboats.

Along certain parts of the river, houseboats are big business.  One such locale is the stretch of the lower Murray between Murray Bridge and Swan Reach.

Houseboats can be hired from marinas in Murray Bridge or 40kms further upstream in and near Mannum.  3, 4 and 7 night hires are available.  Starting from Mannum enables you to skip the less interesting stretch of river between Murray Bridge and Mannum, and 7 nights means you have time to get to the really scenic section further up which can’t be reached on a shorter hire, so that’s what we did.

Some of these houseboats are huge, two- and three-level affairs big enough to accommodate several families.   We opted for a ‘small’ one – still very roomy, with 3 bedrooms, outdoor seating front and back, and a covered top deck for lounging about –  and meandered from Kia Marina near Mannum up to Big Bend, just downriver from the township of Swan Reach, and back.

Each morning we awoke to mist rising from the water. 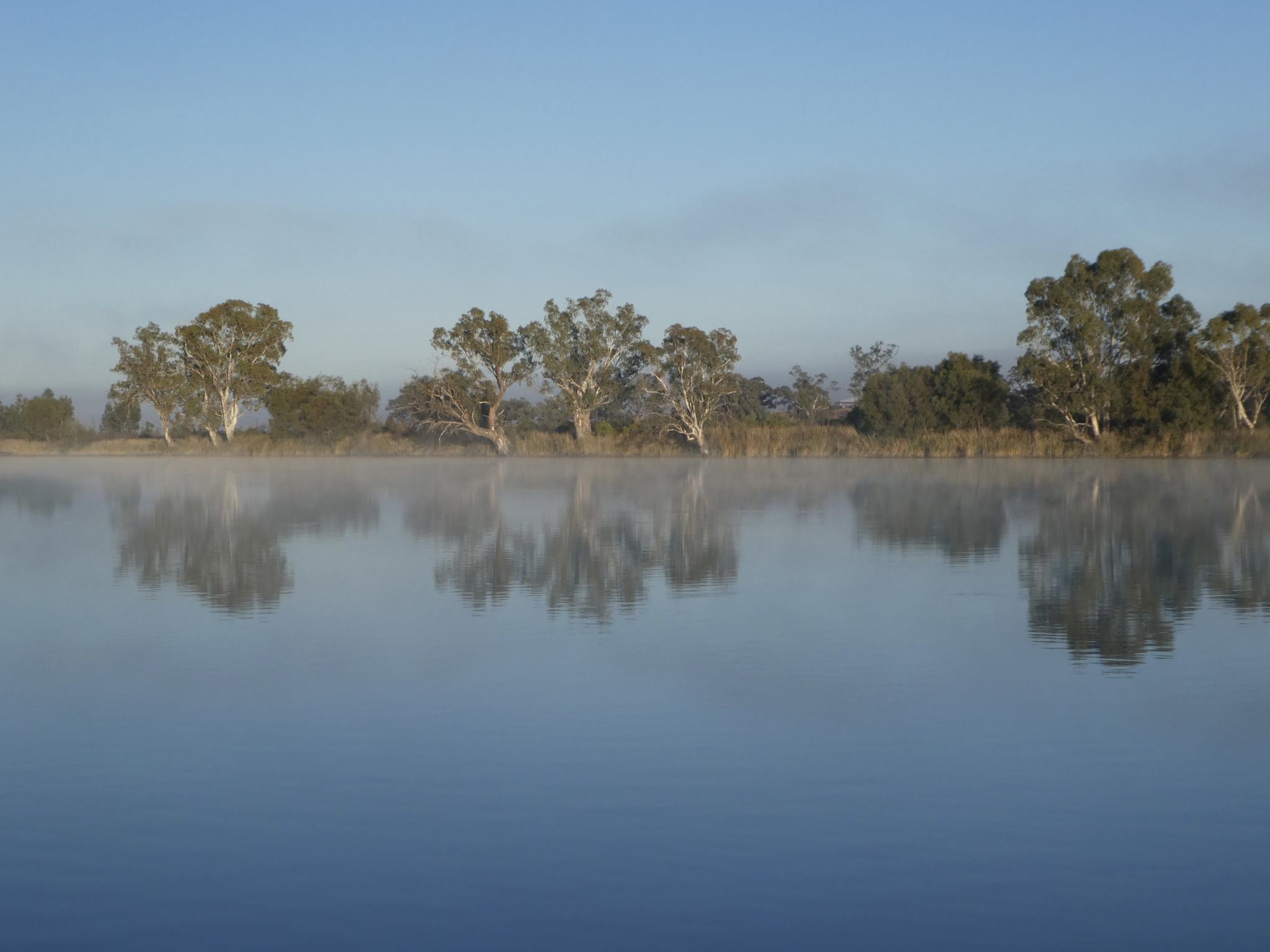 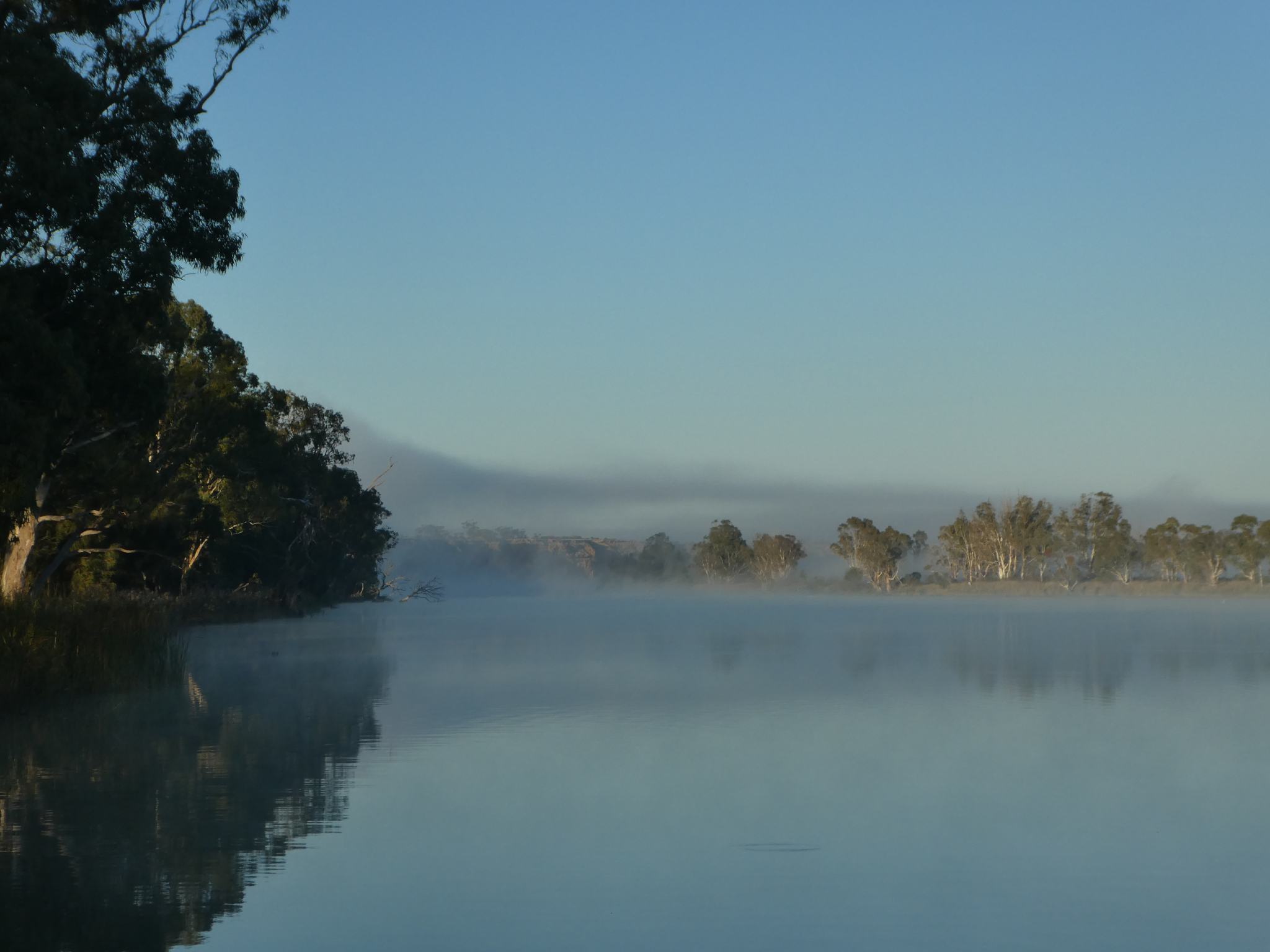 After a lazy breakfast we would set off.

The pace is sedate, around 7km/hour.  The river is wide. There’s no tricky current.  Other than a couple of places where houseboats must give way to cross-river ferries and avoid the ferry cables, there are no obstacles to be negotiated.  As it was low season, there were only a few other houseboats around.  So it really was a case of sit back, relax, and chug along watching an increasingly scenic landscape gliding by. 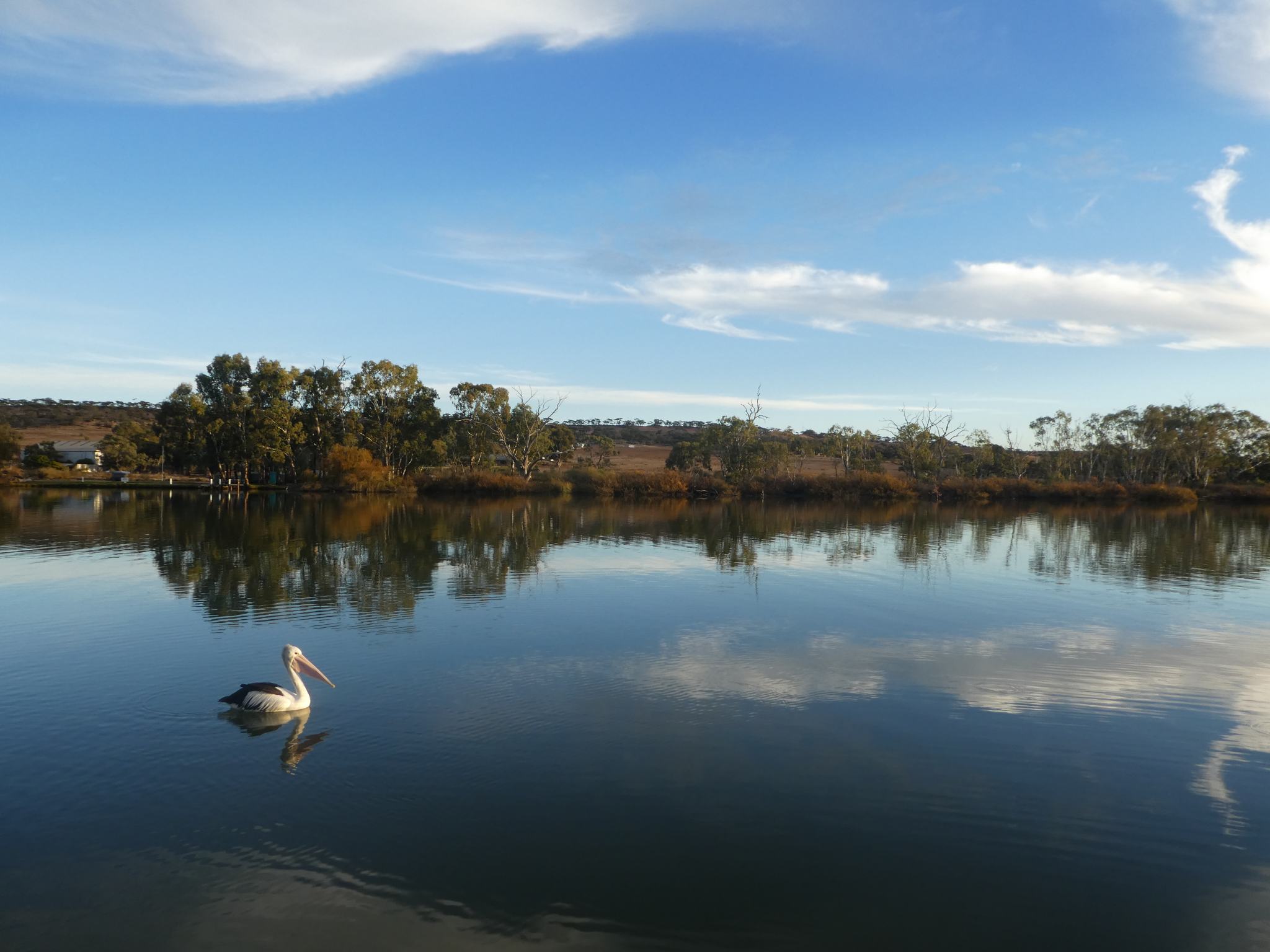 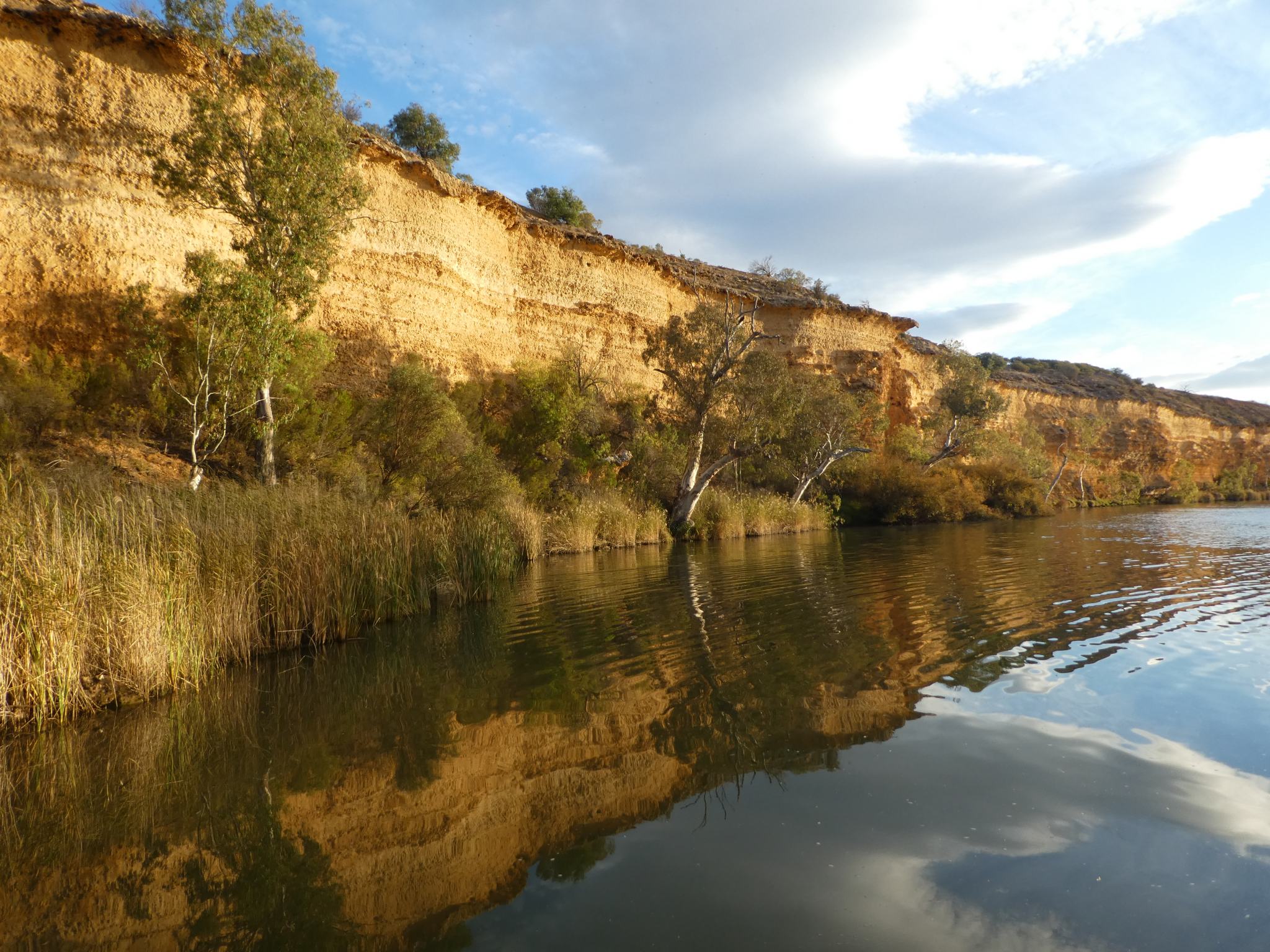 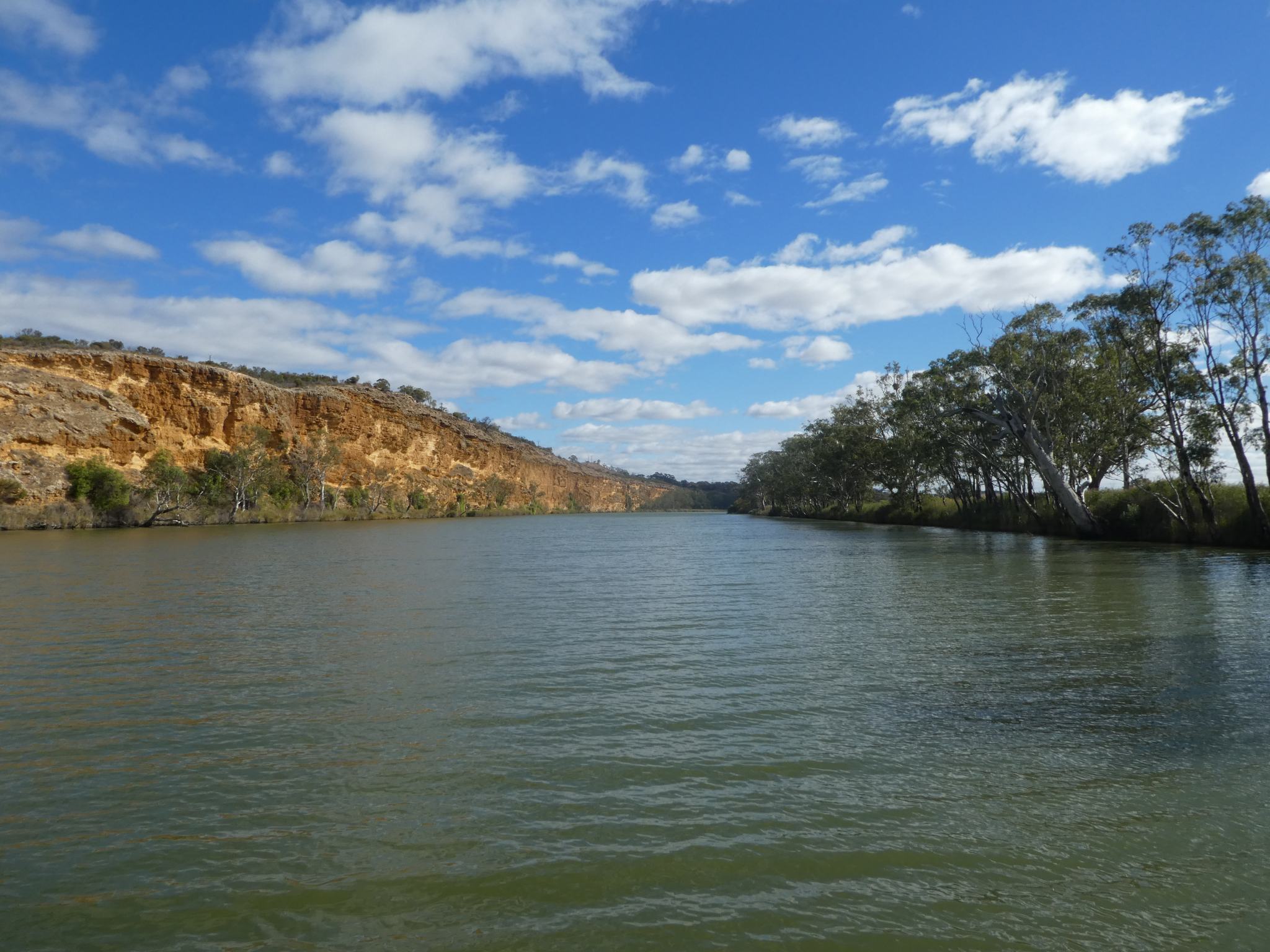 The bird life was amazing. 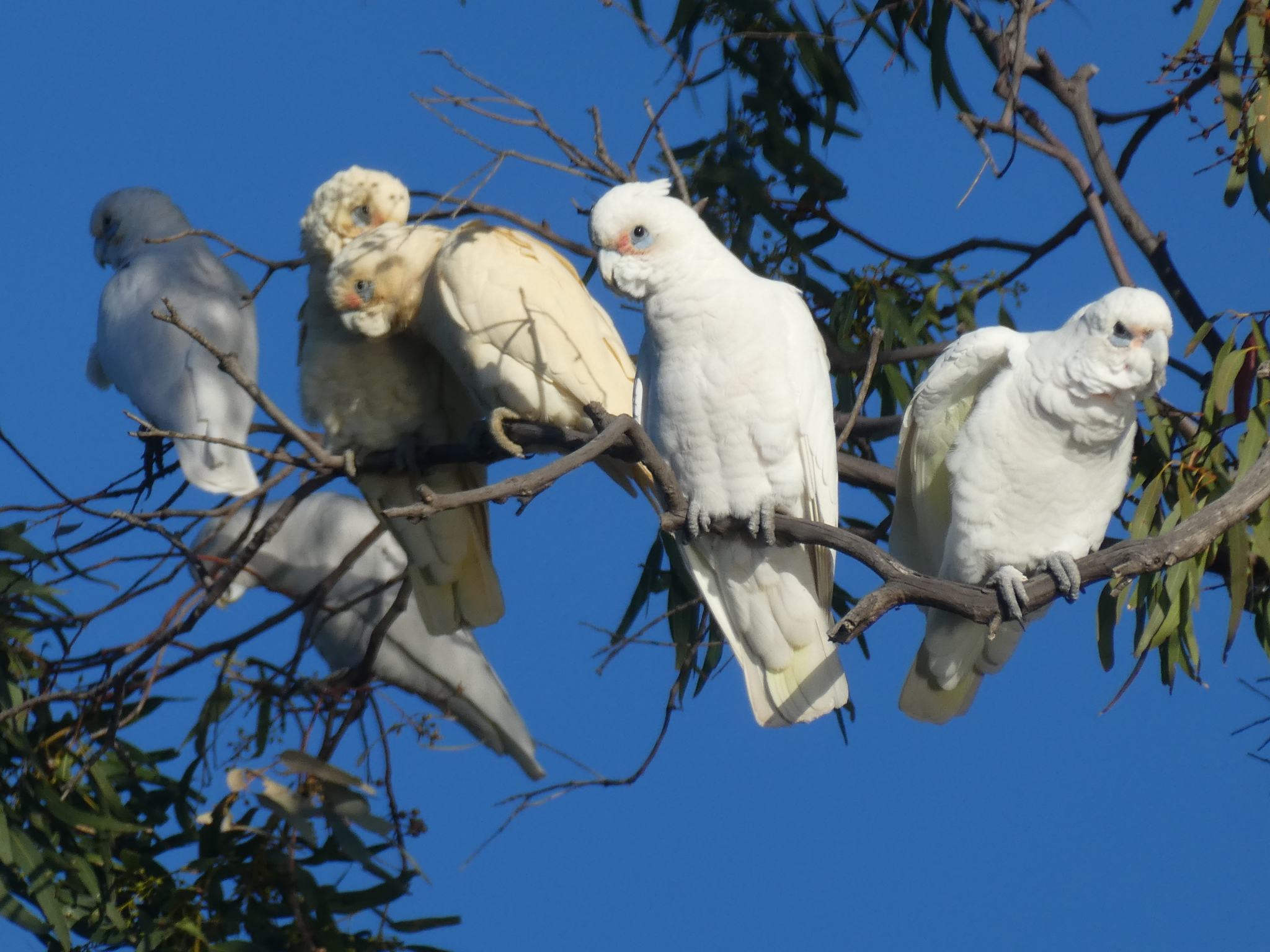 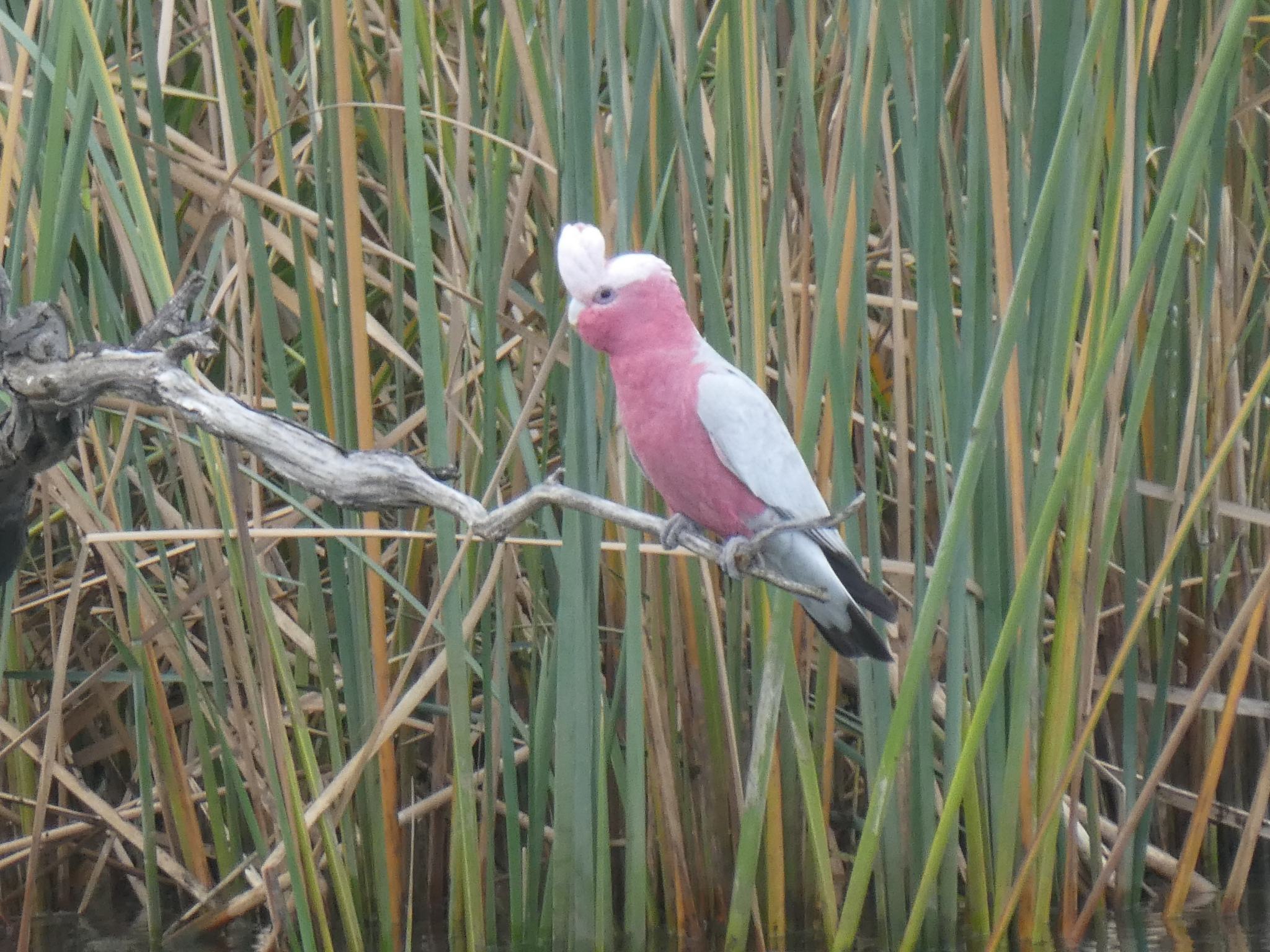 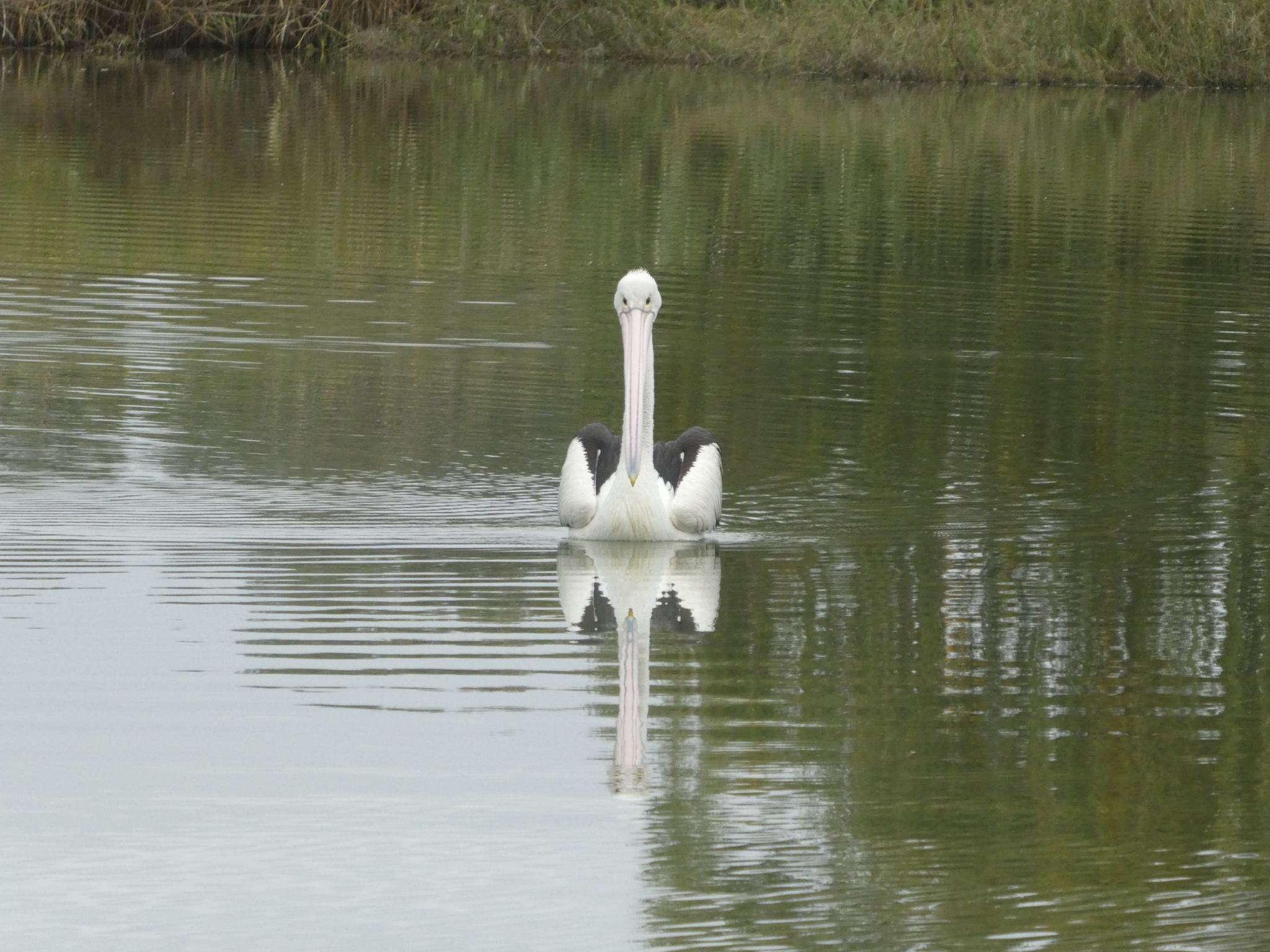 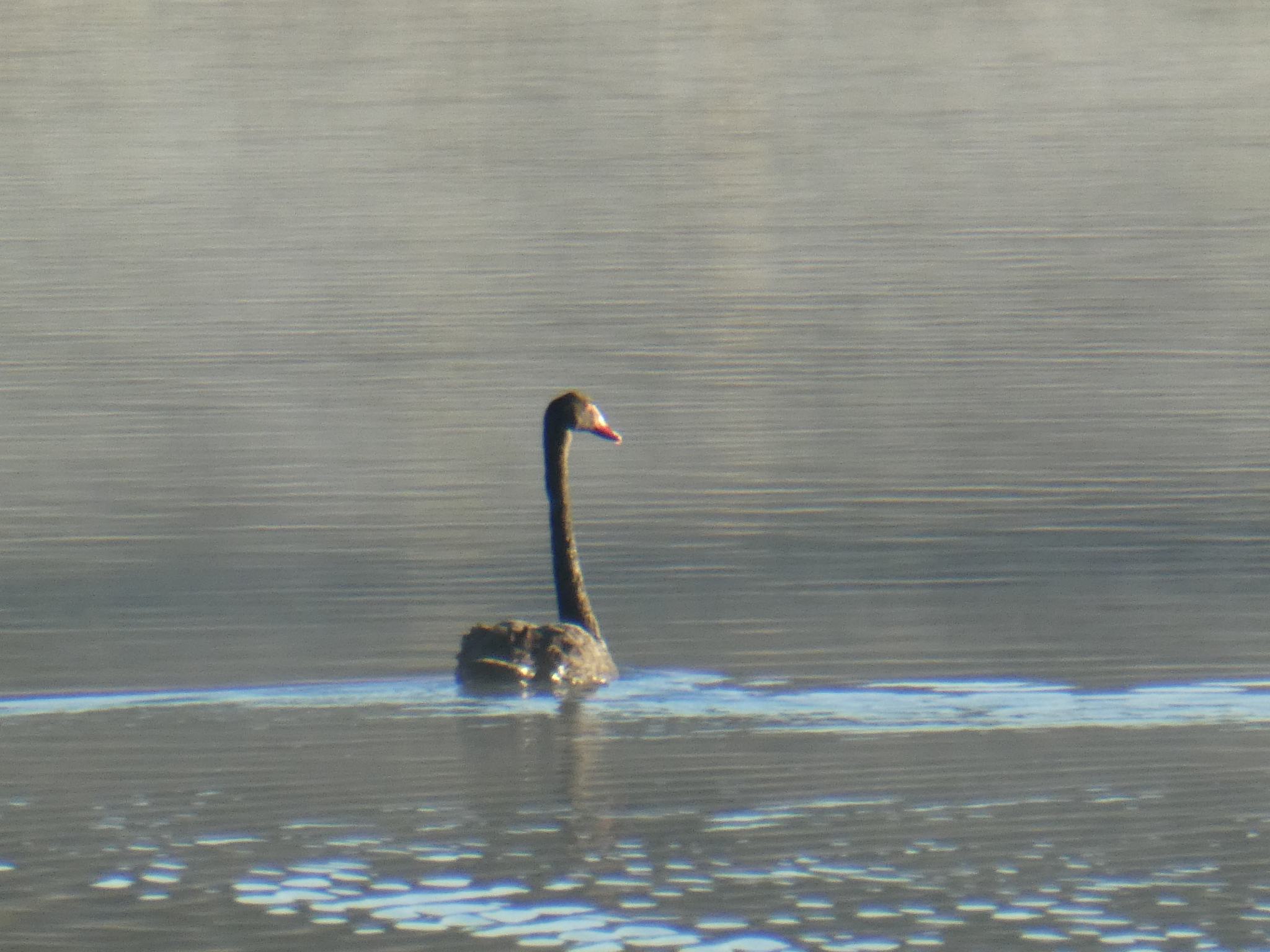 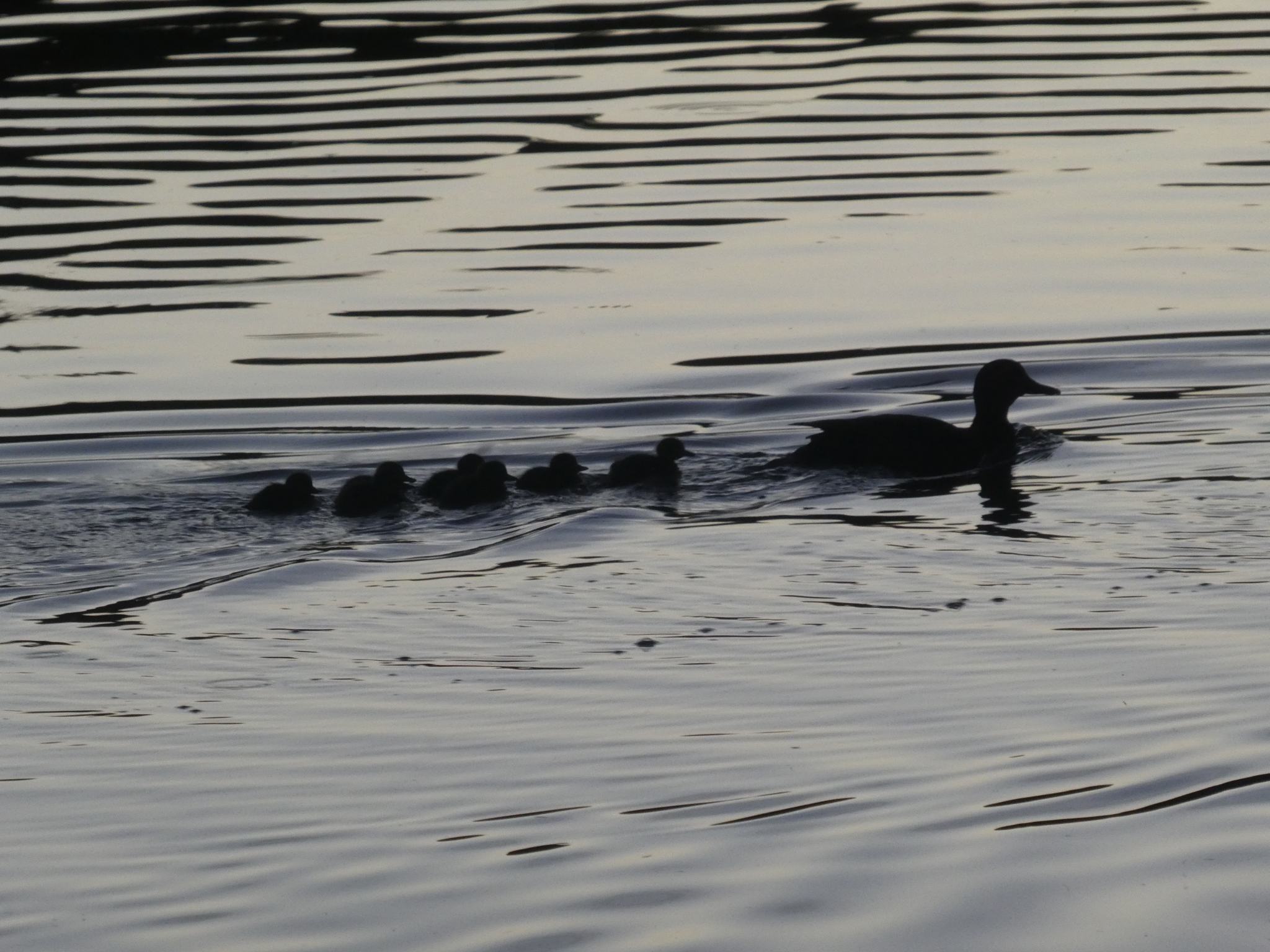 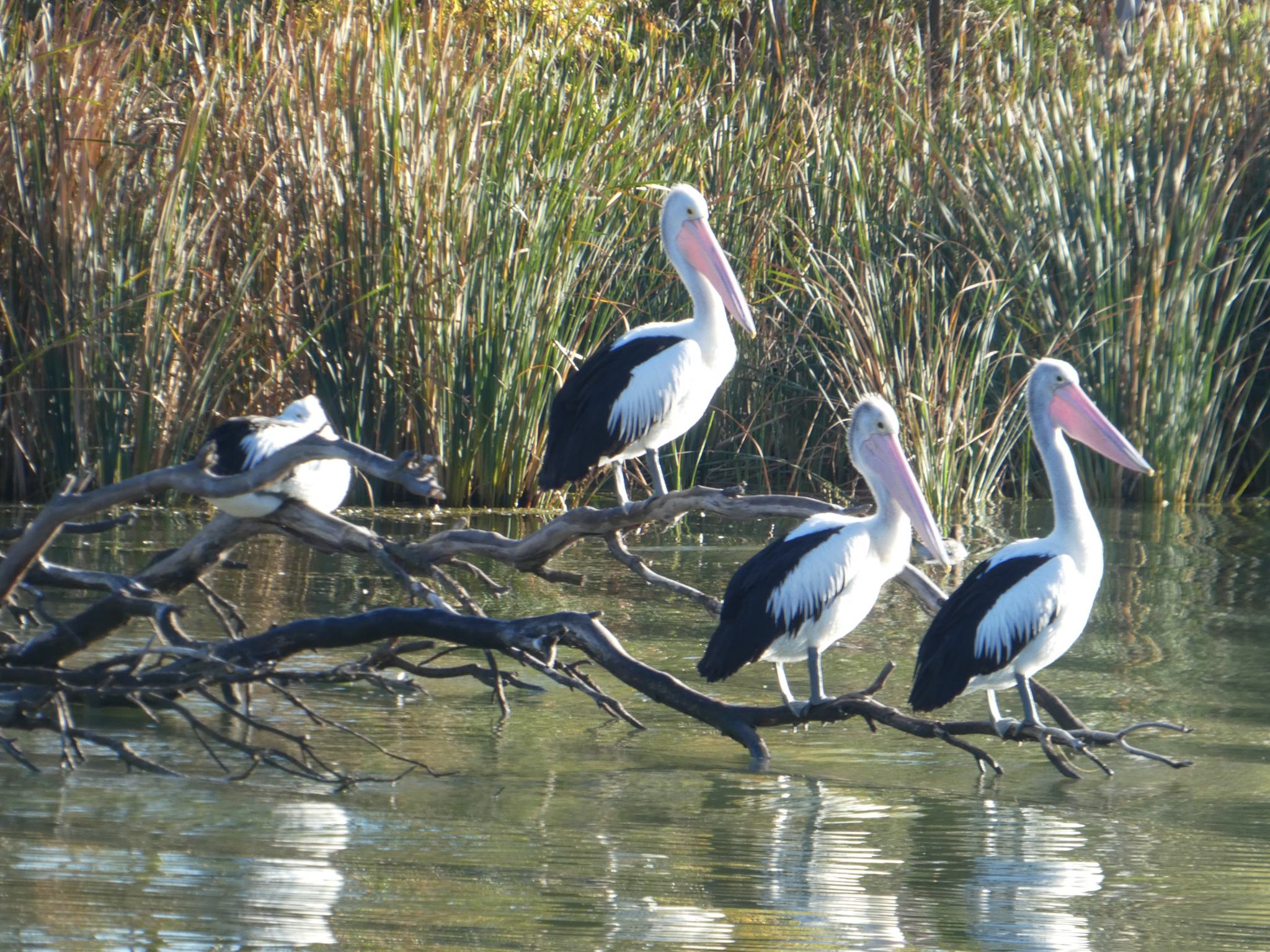 Dotted along the first section there are lots of shack communities.  Some aren’t exactly ‘shacks’ anymore. 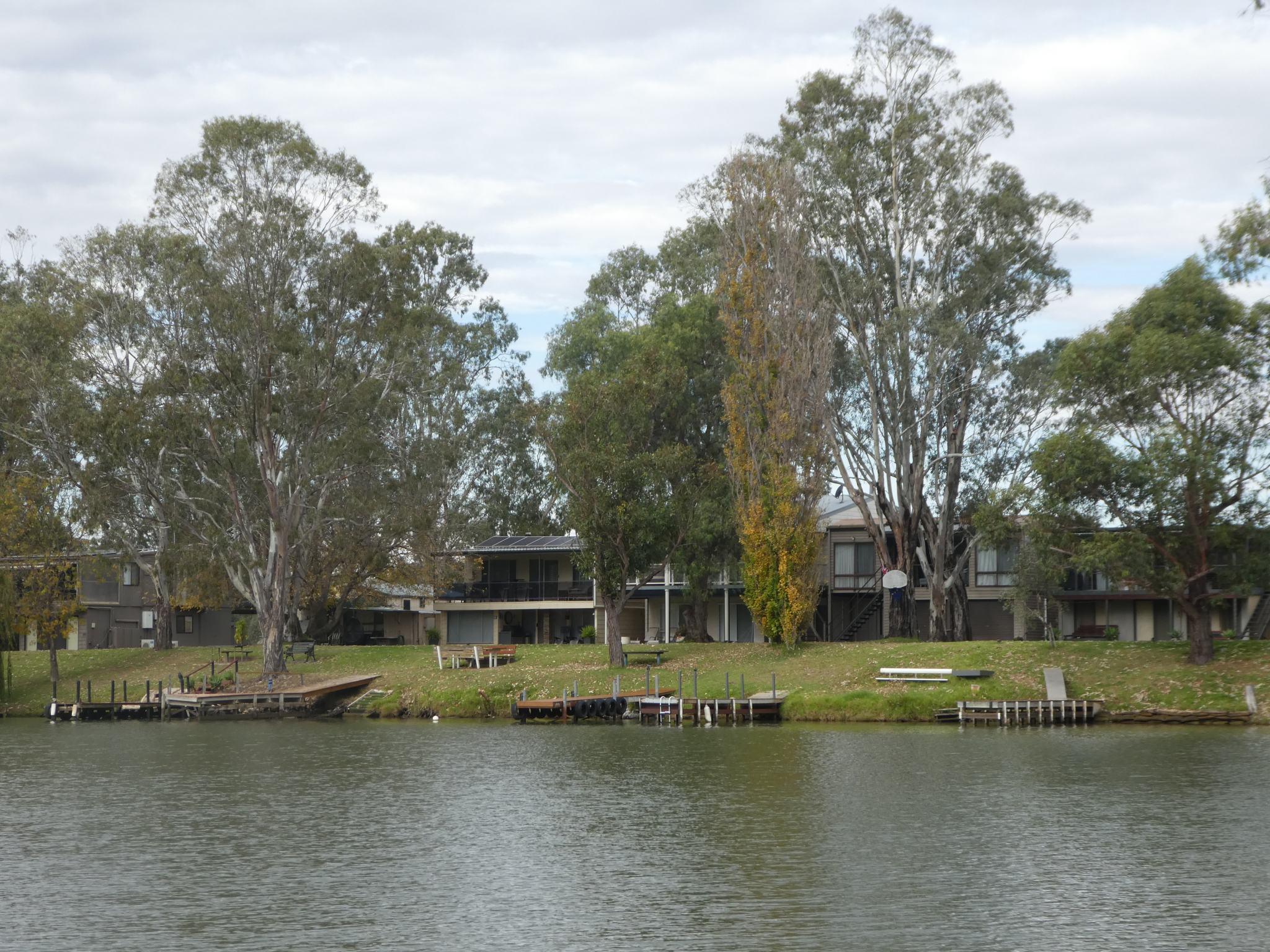 But there are still plenty of quirky huts, like this one built into a tree. 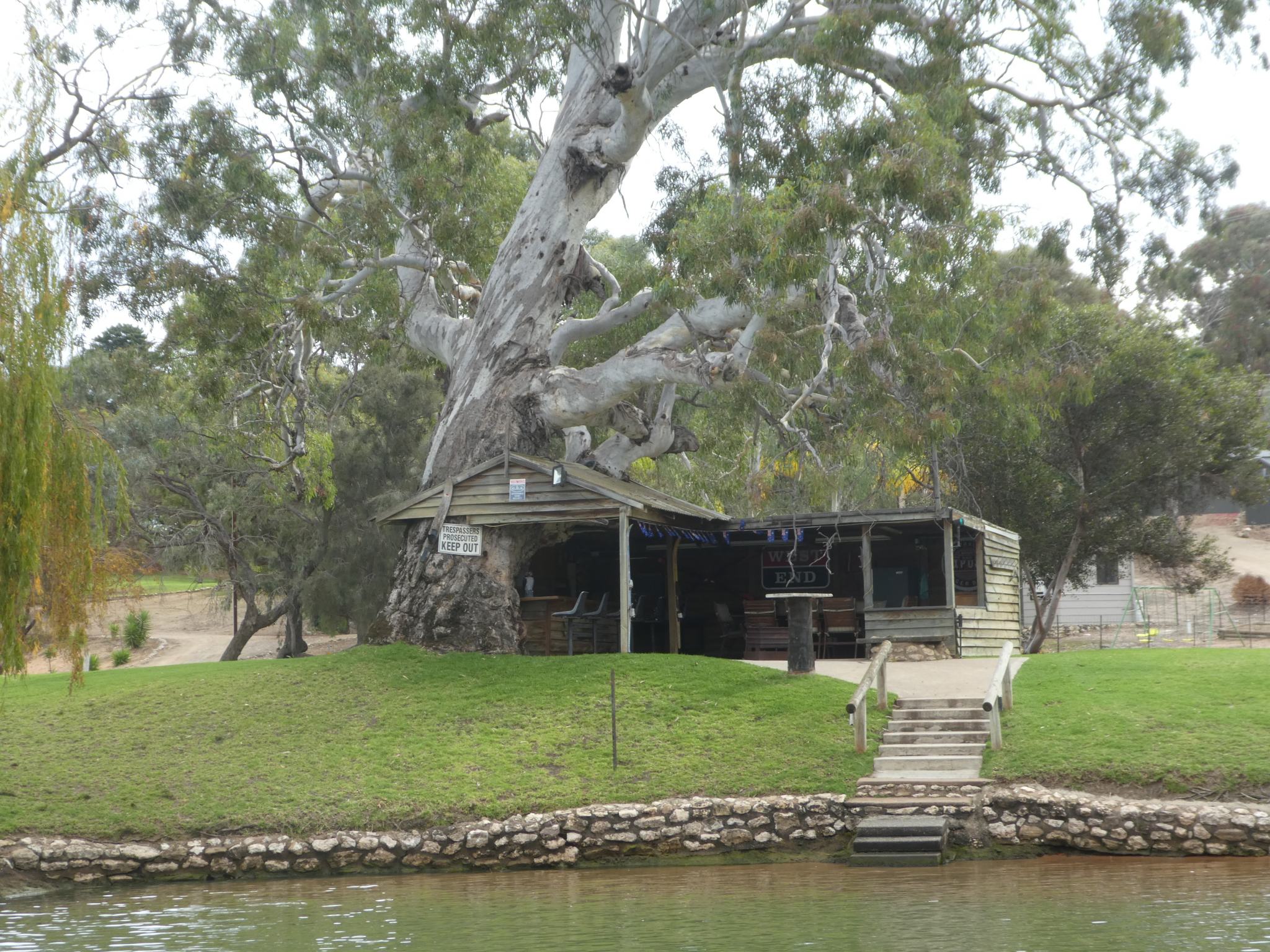 Upriver of these communities there is less development.  The most famous stretch is the aptly named Big Bend, the longest single bend on Australia’s longest river and boasting its tallest cliffs. 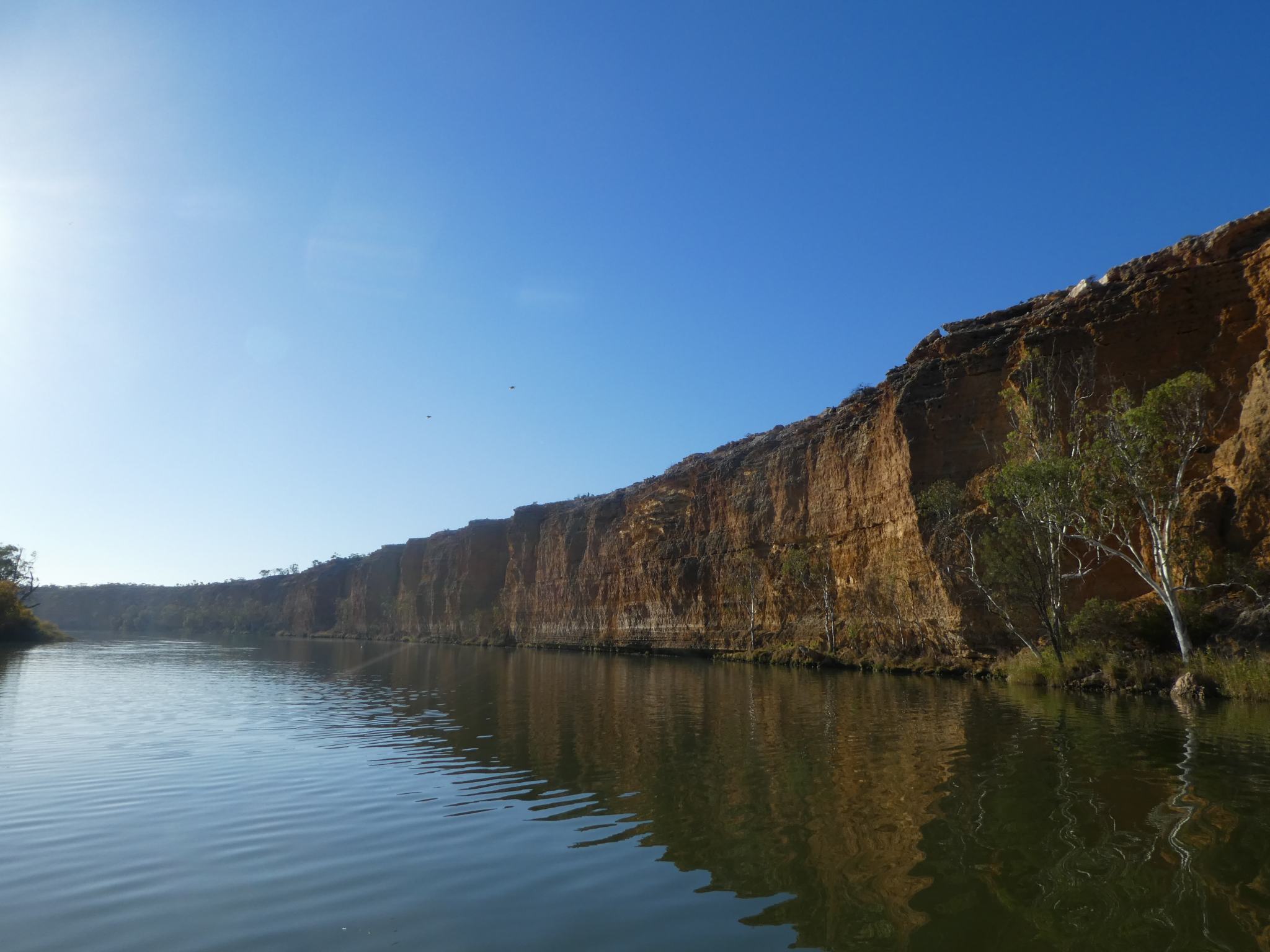 The limestone turns gold and red in the afternoon sun. 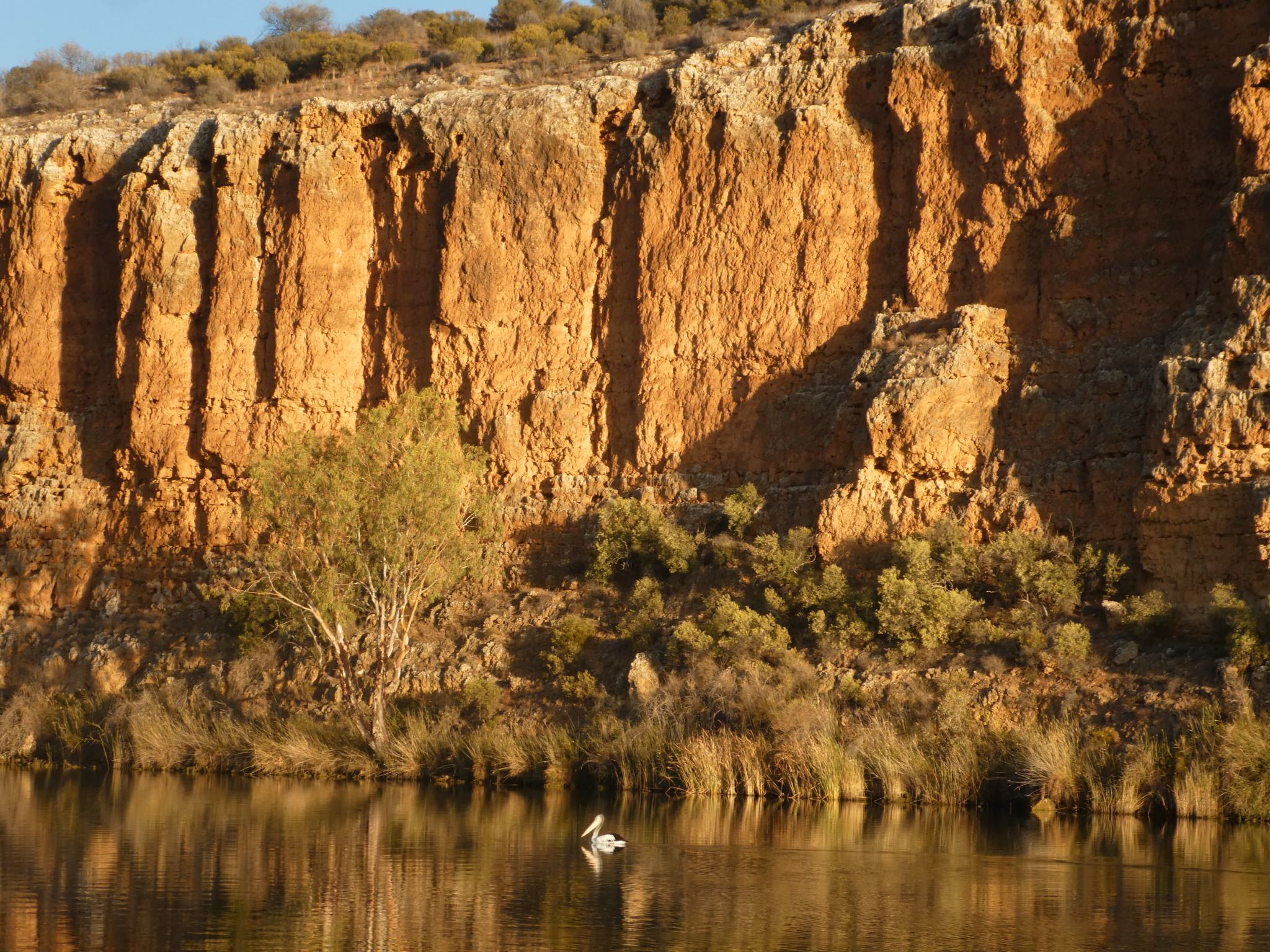 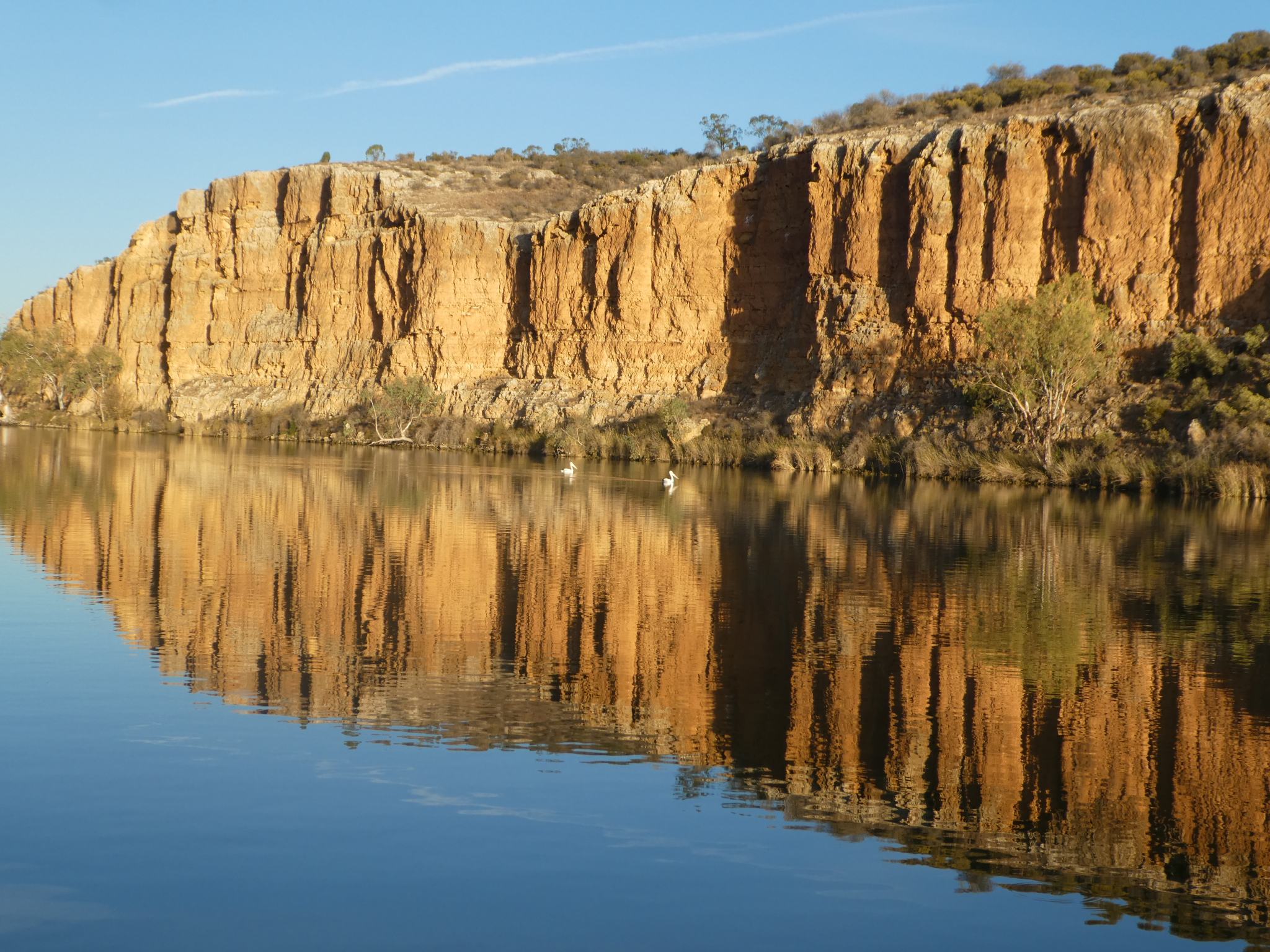 We crossed paths a few times with the MV Murray Princess.  This replica of an 1800s paddlewheeler takes guests on 3, 4 and 7 day trips up and down the river from its port in the town of Mannum.   At just over 67 metres, she is the largest inland paddlewheeler in the Southern Hemisphere. 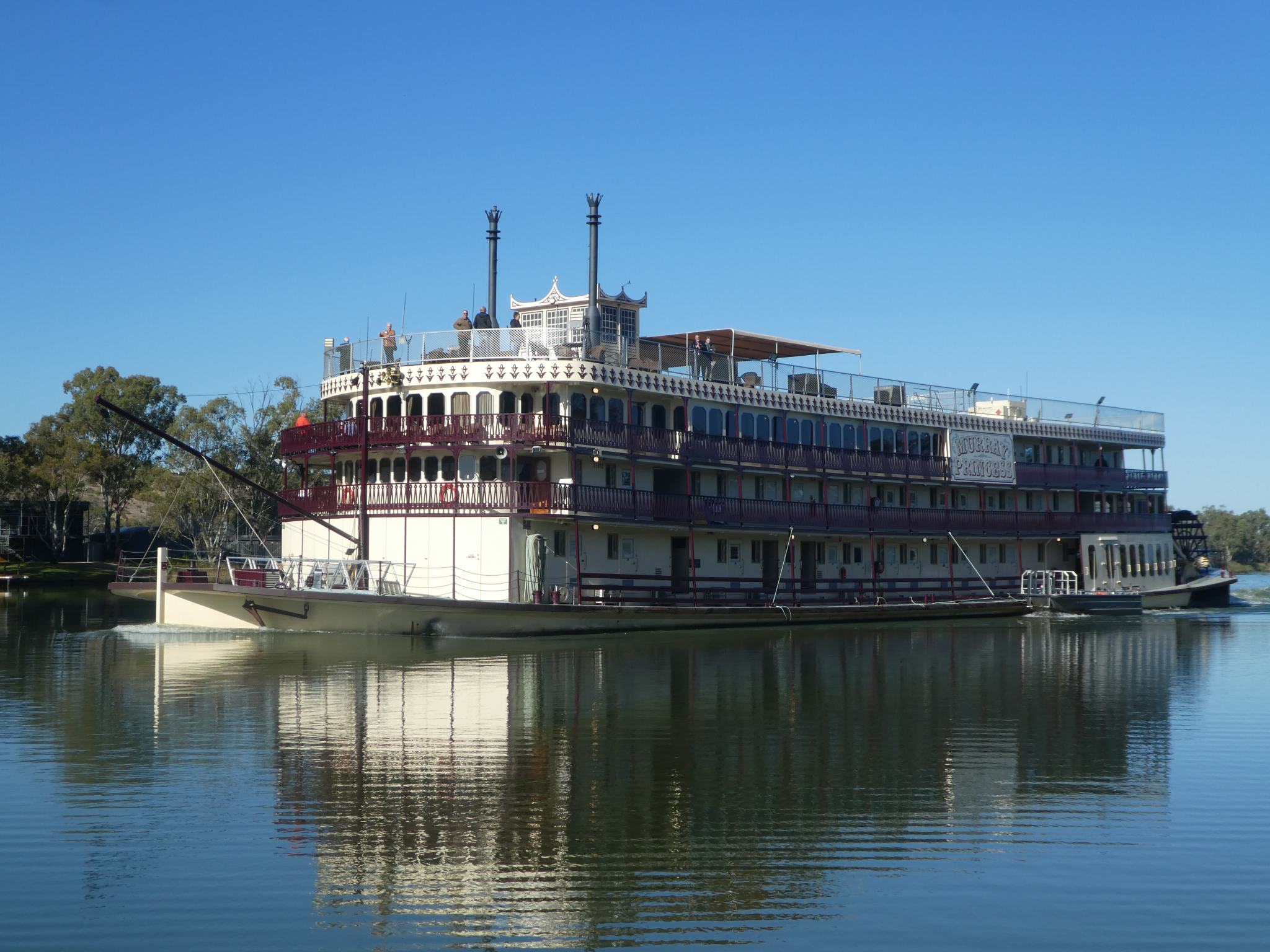 All along the river the reflections on the water were mesmerising. 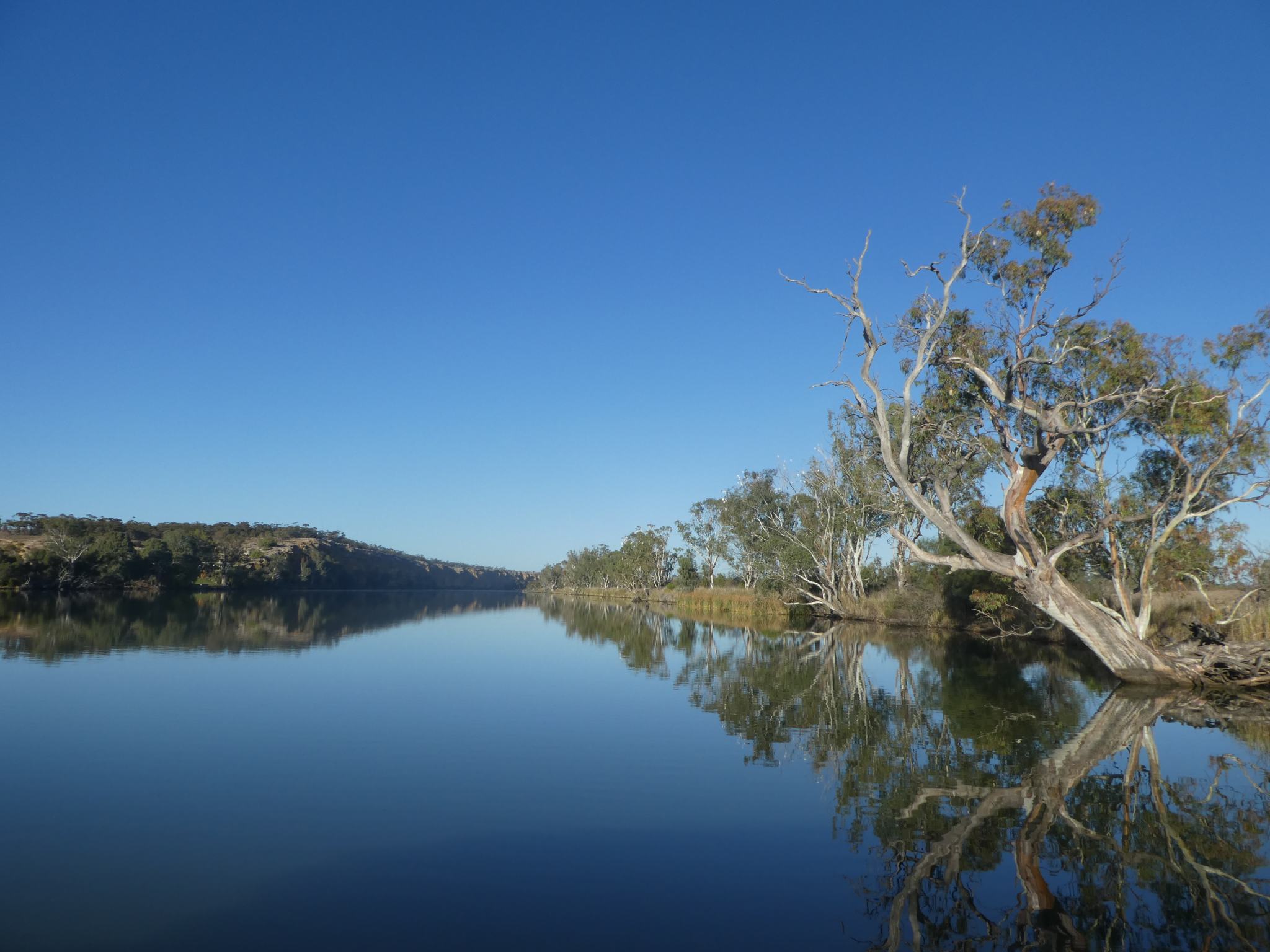 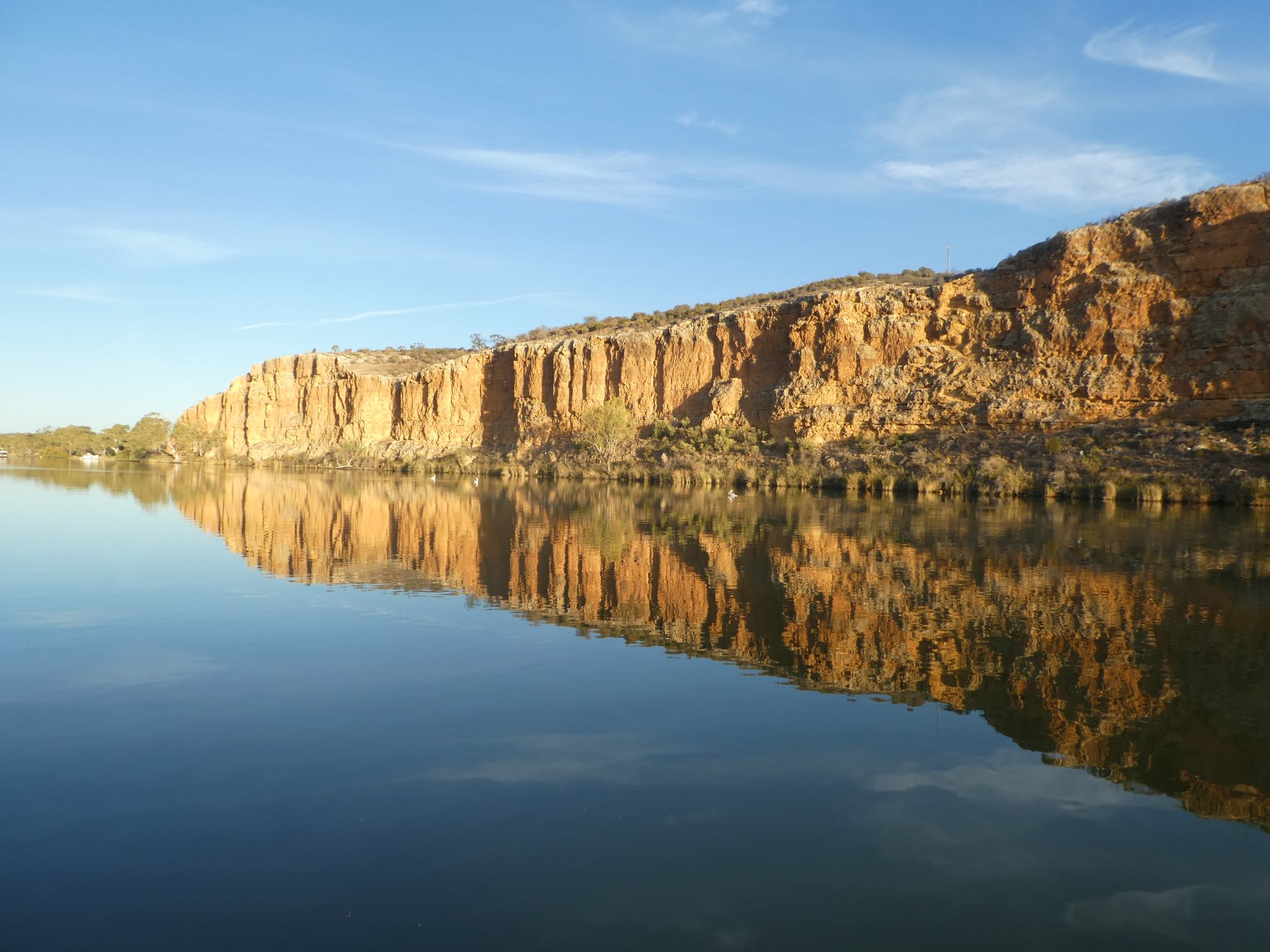 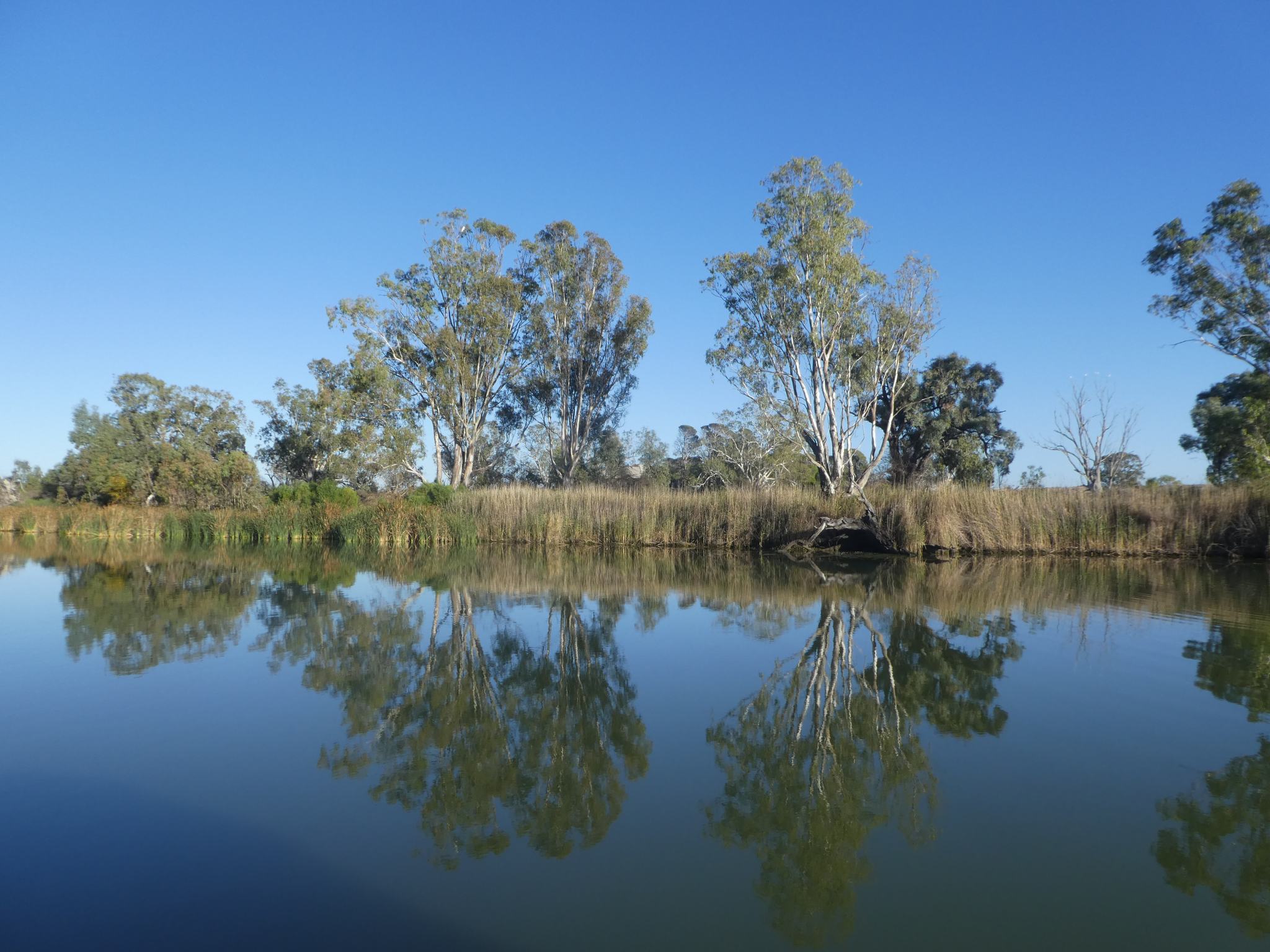 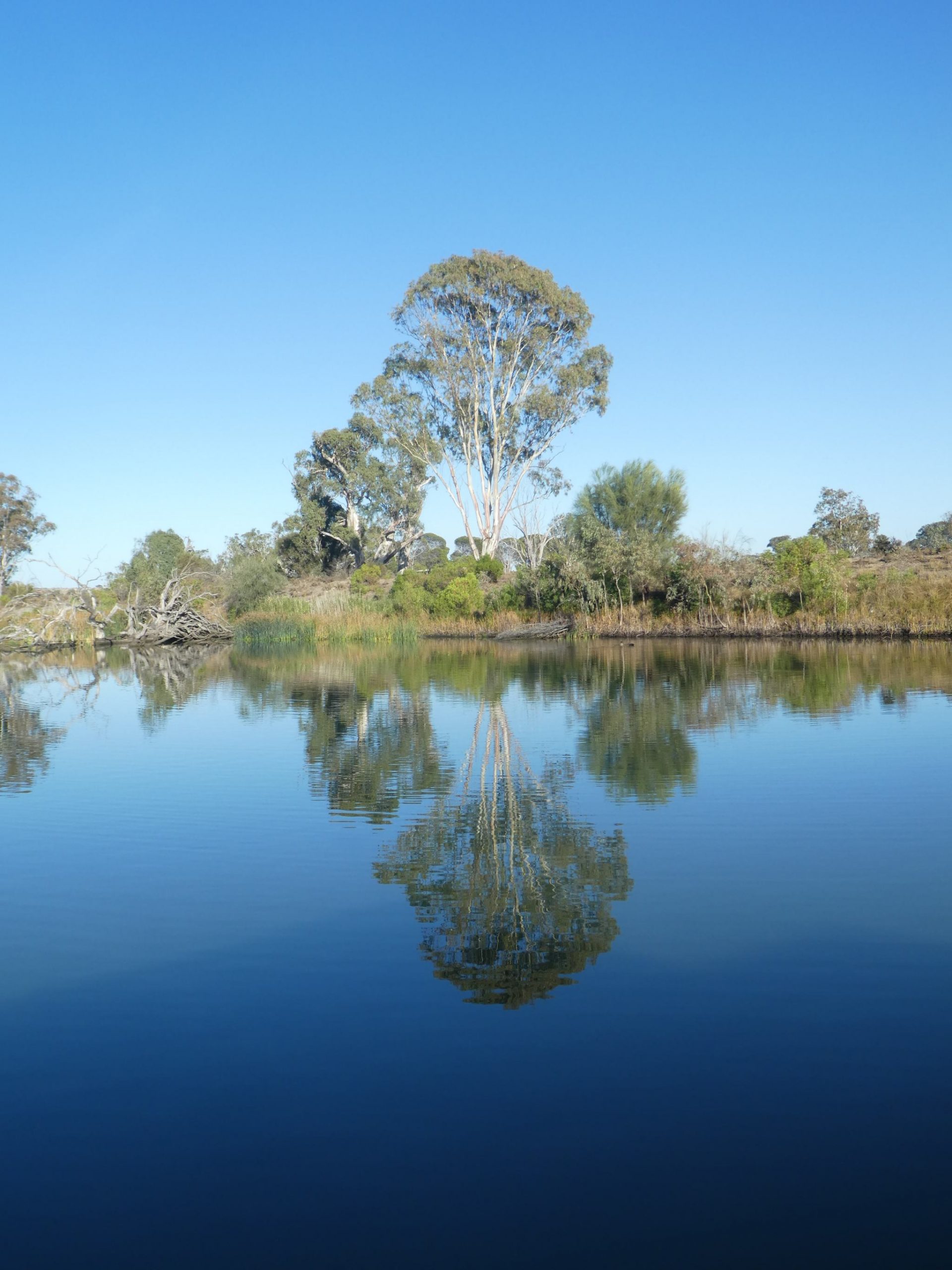 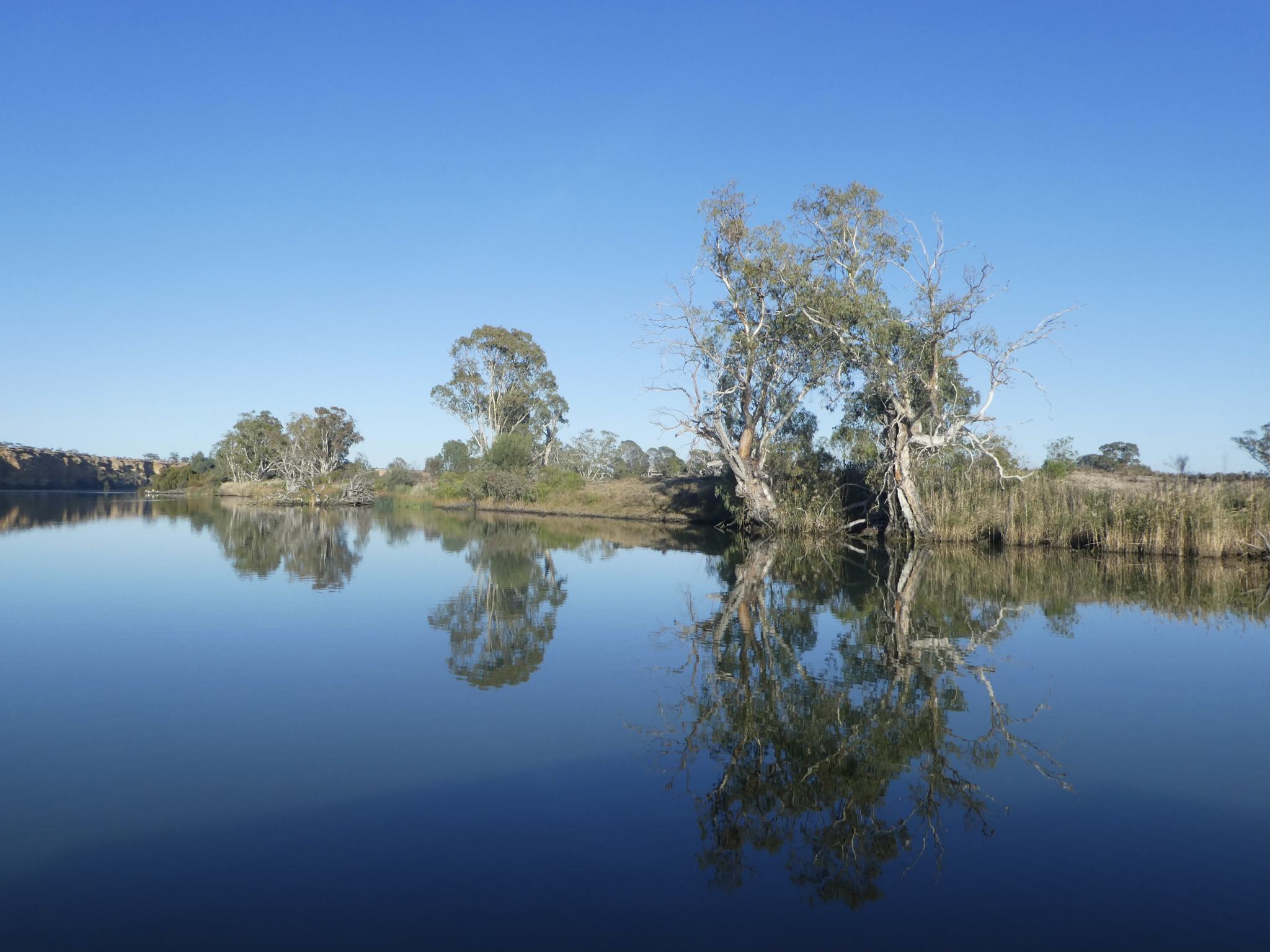 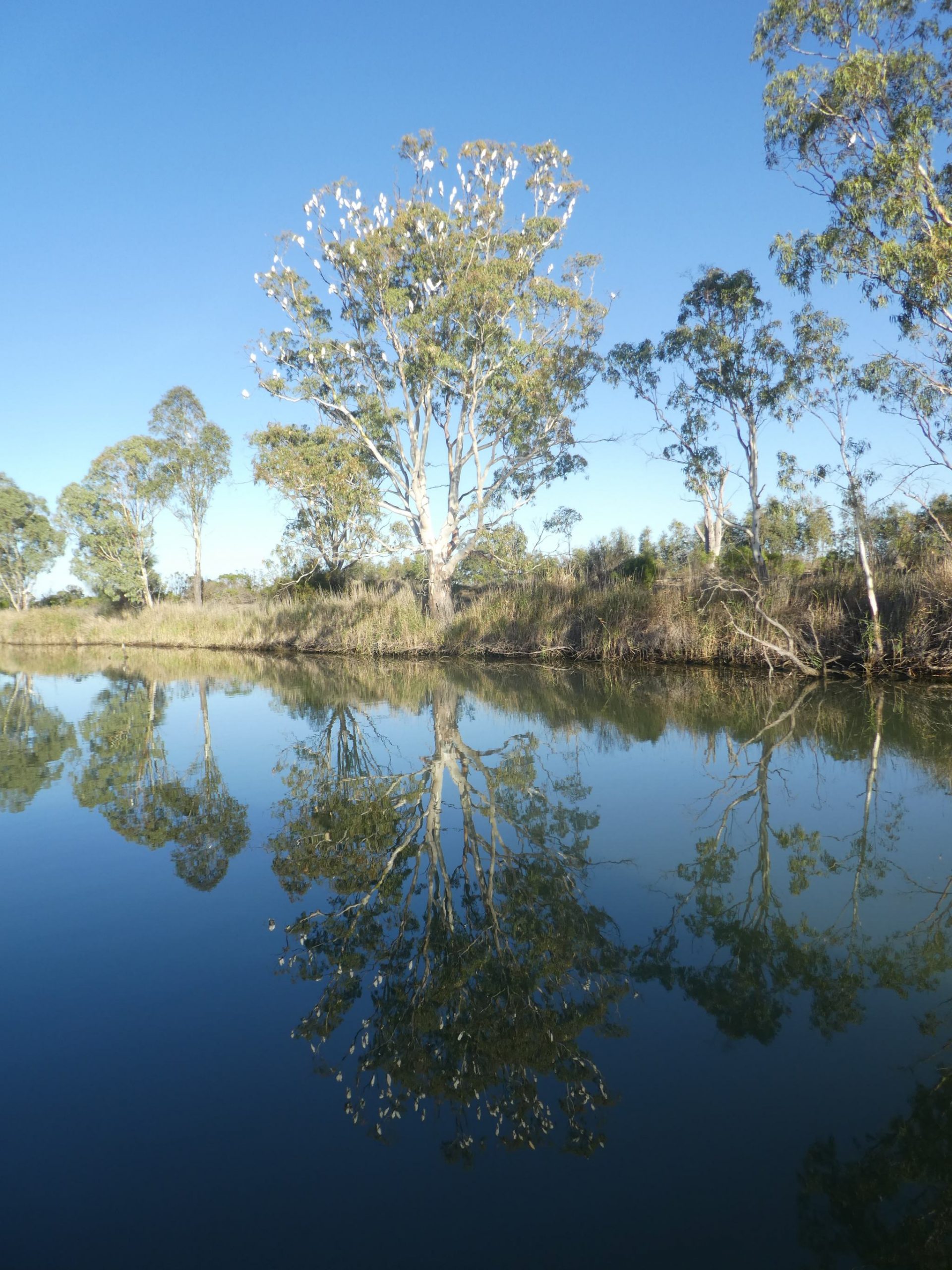 After idling up the river through the day, we’d find a secluded spot to moor for the night, pour a sundowner and watch the afternoon sun slip away. 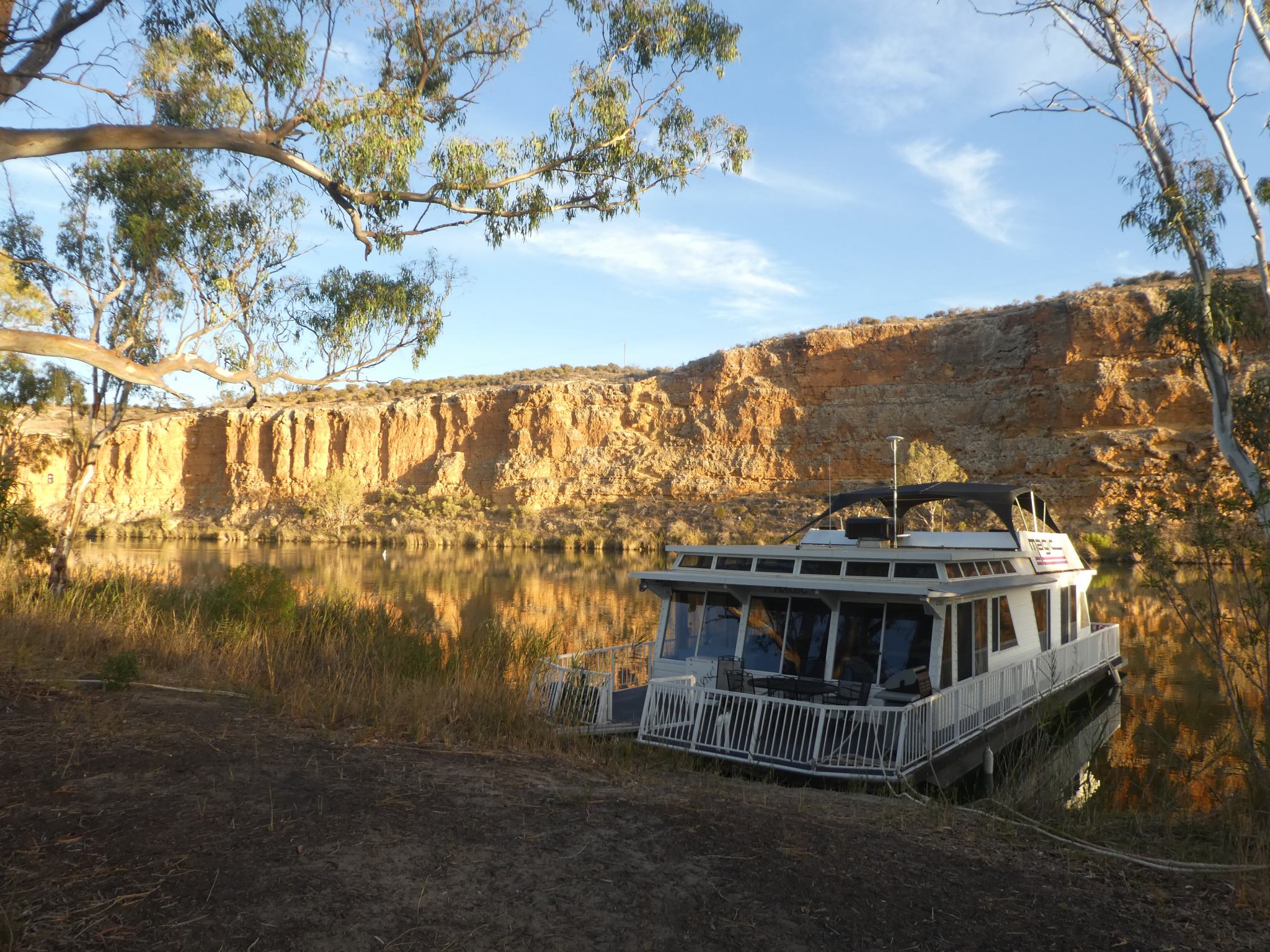 There are a few general stores along the river but they carry only basics and it’s best to bring your own supplies.  We’d stocked up on top notch food and a liberal supply of wine from the world class Adelaide Central Market.  After a couple of days it was easy to forget the rest of the world existed.  We’d like to forget the number of empty wine bottles we accumulated.  But we won’t be forgetting those sunsets in a hurry.  Perfect. 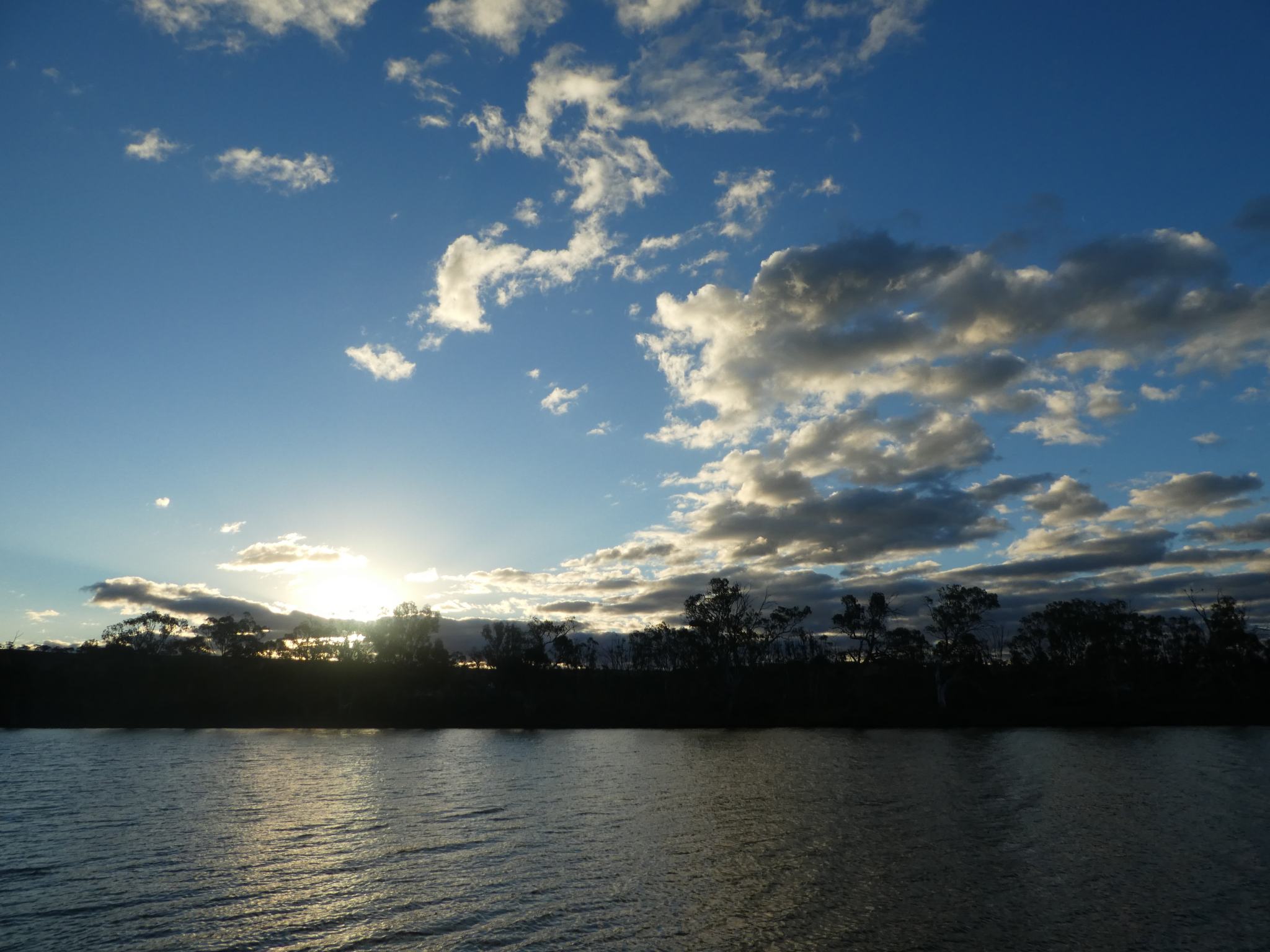 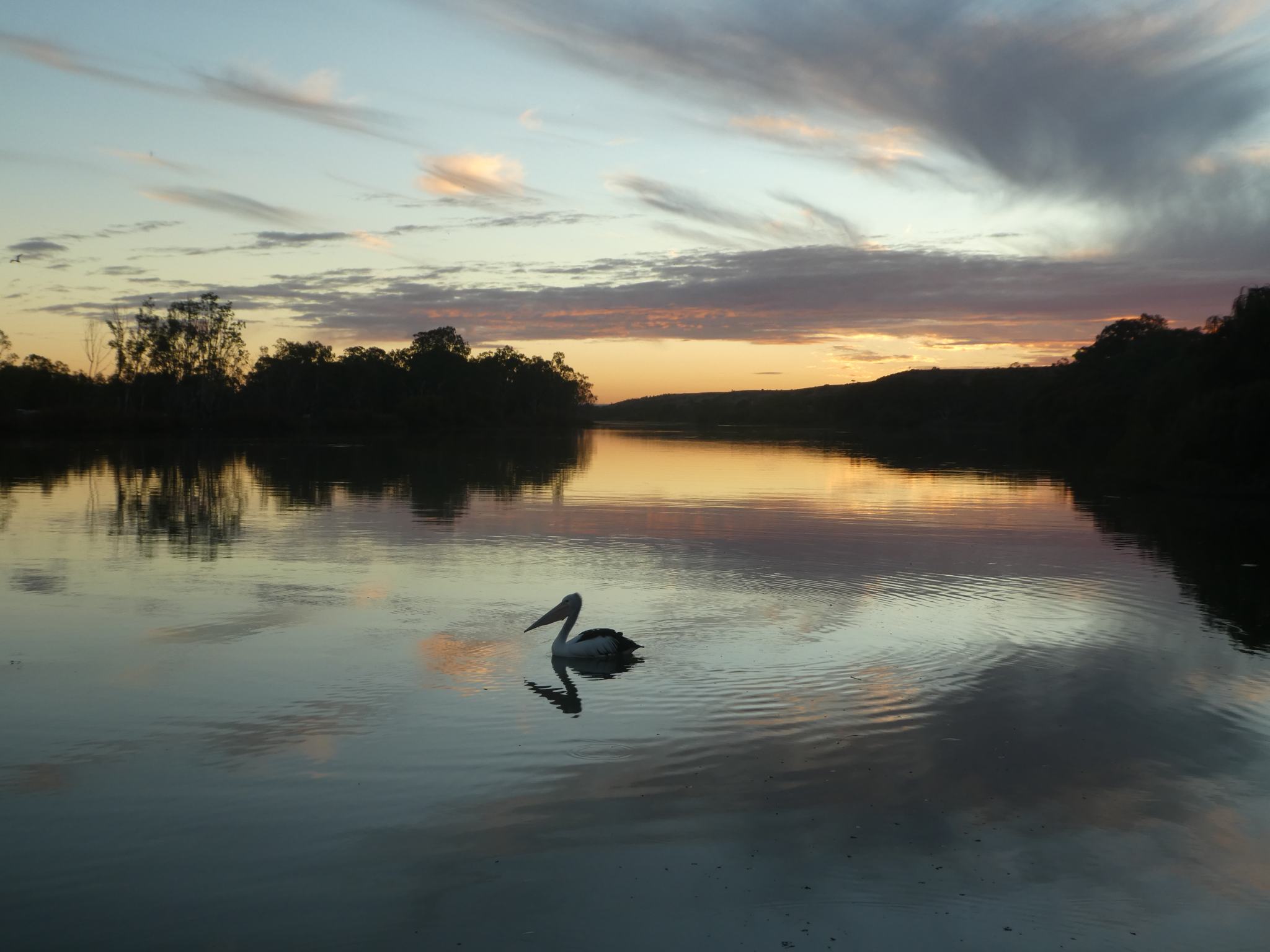