After Australian forces were withdrawn from Gallipoli, many were re-directed to the Western Front.  Hardly a cause for celebration.  Other units were deployed direct from Australia.

The first Battle of the Somme in 1916 will be forever seared into the Western psyche for the sheer number of casualties in what became a futile war of attrition.

In the first week alone, the British lost 19,000 men, with another 38,000 injured.  Wounded men were being blown to pieces by artillery fire before they could be evacuated.  Others died of suffocation when shelling covered them with earth.  Desperate for a success, British Commander Sir Douglas Haig decided on an attempt to take Pozieres, a town on strategic high ground.

The assaults involved British, Australian and Canadian troops.  Ultimately Pozieres was captured but at a huge price in human lives.  In 19 battles over 7 weeks, the Australians suffered 23,000 casualties, including 6,300 killed in battle or who died of their wounds.  Historian Charles Bean described Pozieres as being “more deeply sown with Australian sacrifice than any other place on earth”.

One of the battle objectives was capturing a windmill north of the town to secure as an observation point.  It took almost 2 weeks of fighting before the site was secured by the 1st ANZAC Corps.  In the process, the windmill and a blockhouse built by the Germans were blasted to rubble by artillery.  Nothing was left and the site was eventually grassed over and left as a preserved battlefield site.  In 1932, Bean convinced the Australian War Memorial to buy the site and a simple memorial was erected. 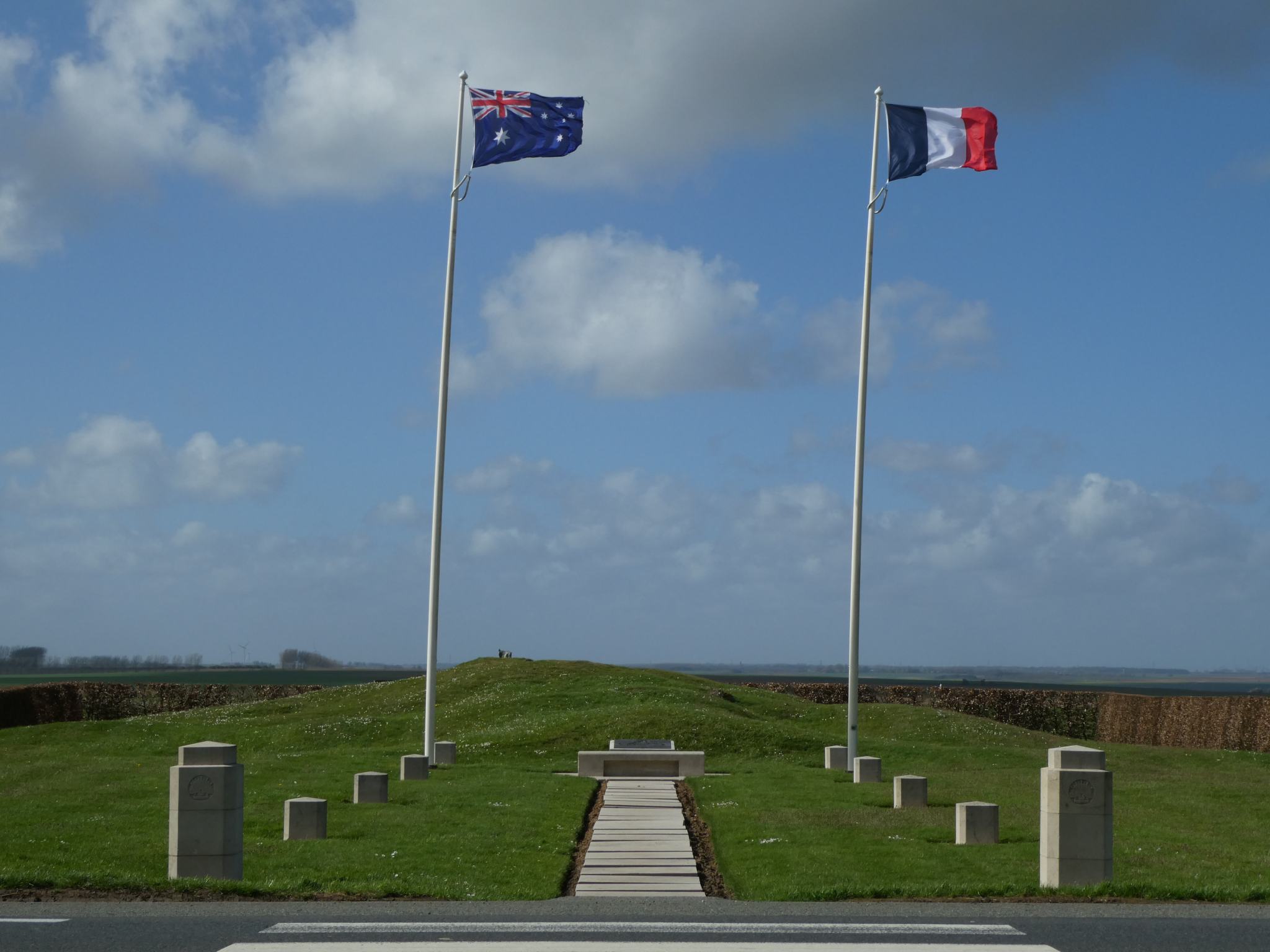 Behind it is a new memorial.  Erected only a few years ago, the WW1 War Animal Memorial honours the animals killed or injured in service.  It is estimated that over 9 million serving animals perished in WW1.

The centre piece is the Australia War Animal Memorial with the bust of a horse emerging from the mud of a battlefield, with other animals of war including a dog and a pigeon, carved into its mane. 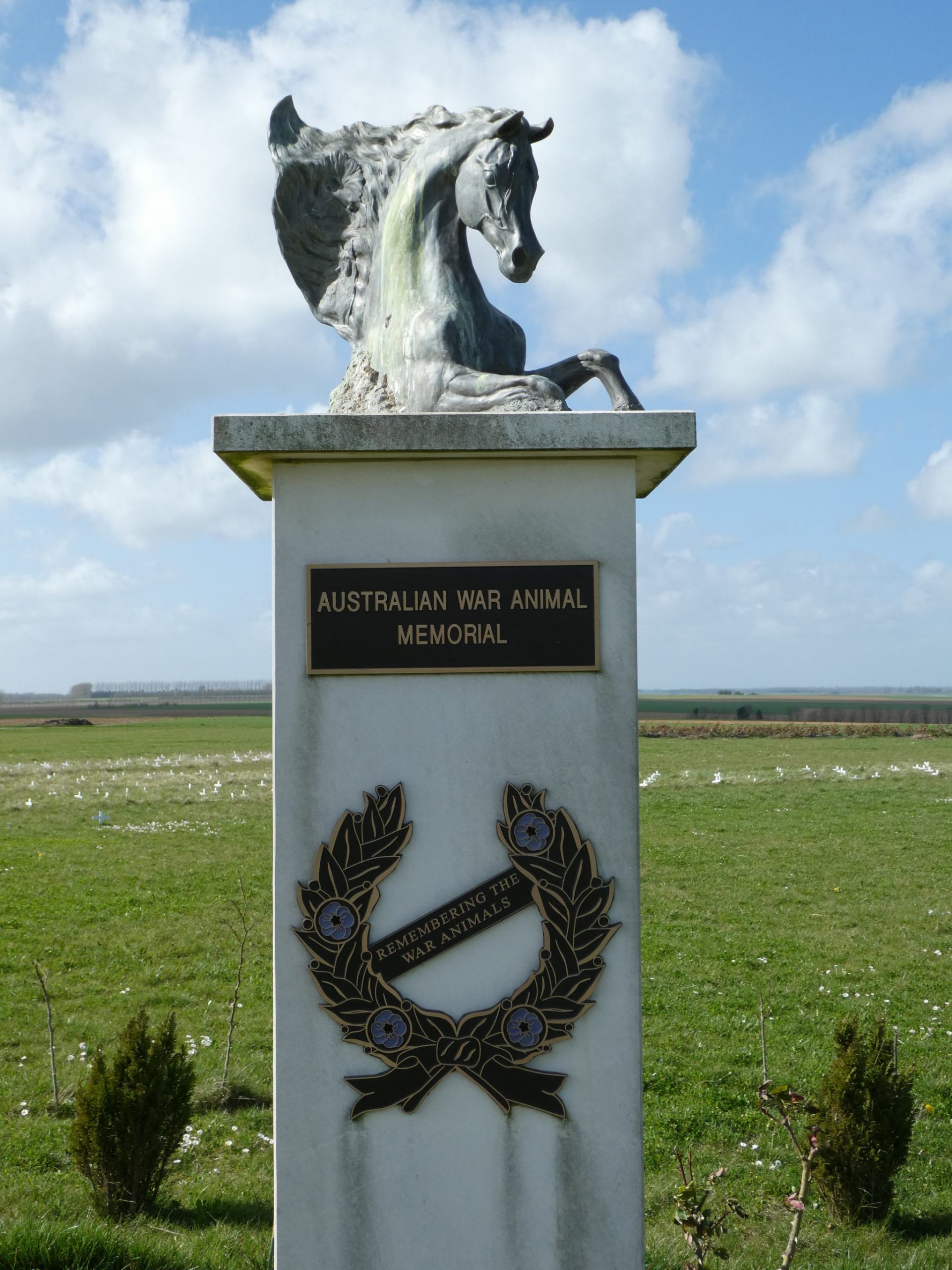 There’s also a New Zealand one. 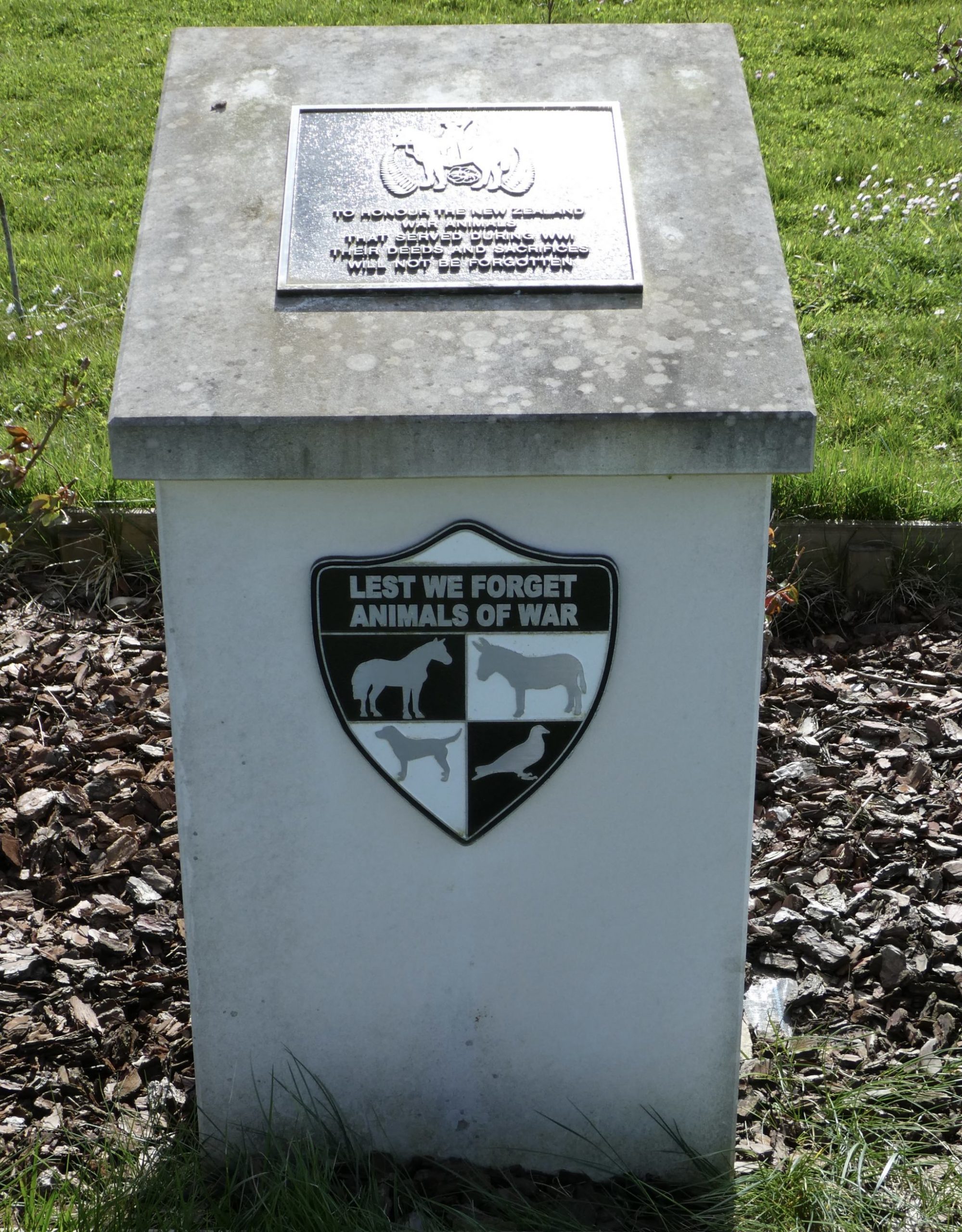 As the memorial for the war animals of all nations so eloquently states “they held no malice, they served all nations, they worked and died in the service of man”. 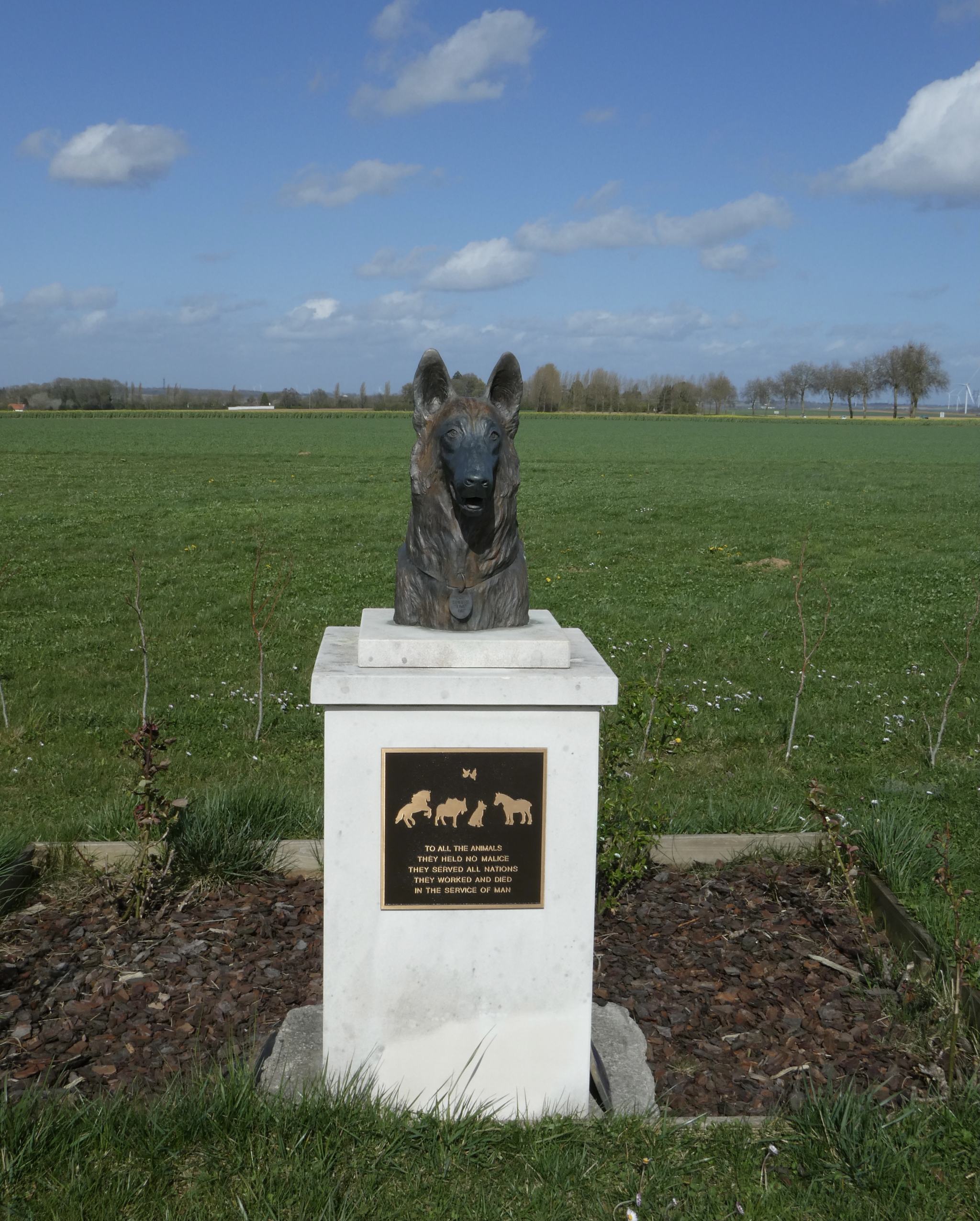 Across the road is the Tanks Corp Memorial, erected here because it is near to where tanks were first used against the Germans.  Tank warfare was in its infancy and they were not particularly effective, but this marked the beginning of a new type of co-ordinated operation using tanks, artillery and infantry in combined attacks.

Scale models of the tanks used at the time are mounted on the corners.  The perimeter fence comprises 10 upright 6 pounder tank gun barrels connected by tank driving chains. 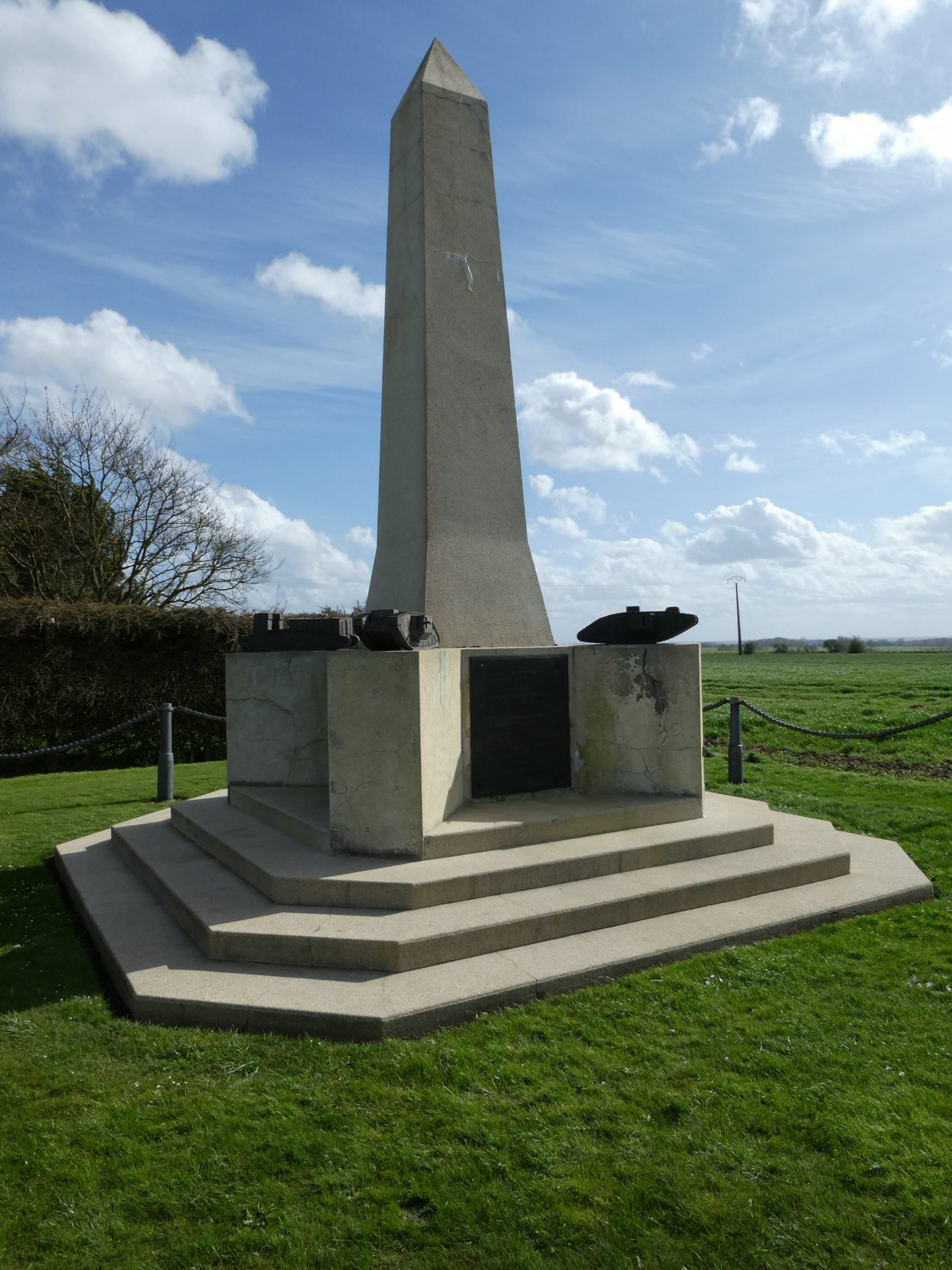 After Pozieres, nearby Mouquet Farm became the next target in the first Battle of the Somme.  Initially captured by the Canadians, the Germans quickly regained it and then repelled three assaults by Australian troops before the Commonwealth forces finally prevailed.  The Germans had excavated tunnels and dug outs beneath the farm building and routing them proved costly, including 2,049 Australian casualties.  The Australians nicknamed it Moo Cow Farm, and even today that’s what it’s called on Google Maps.

Now, all that remains at Mouquet Farm is this memorial. 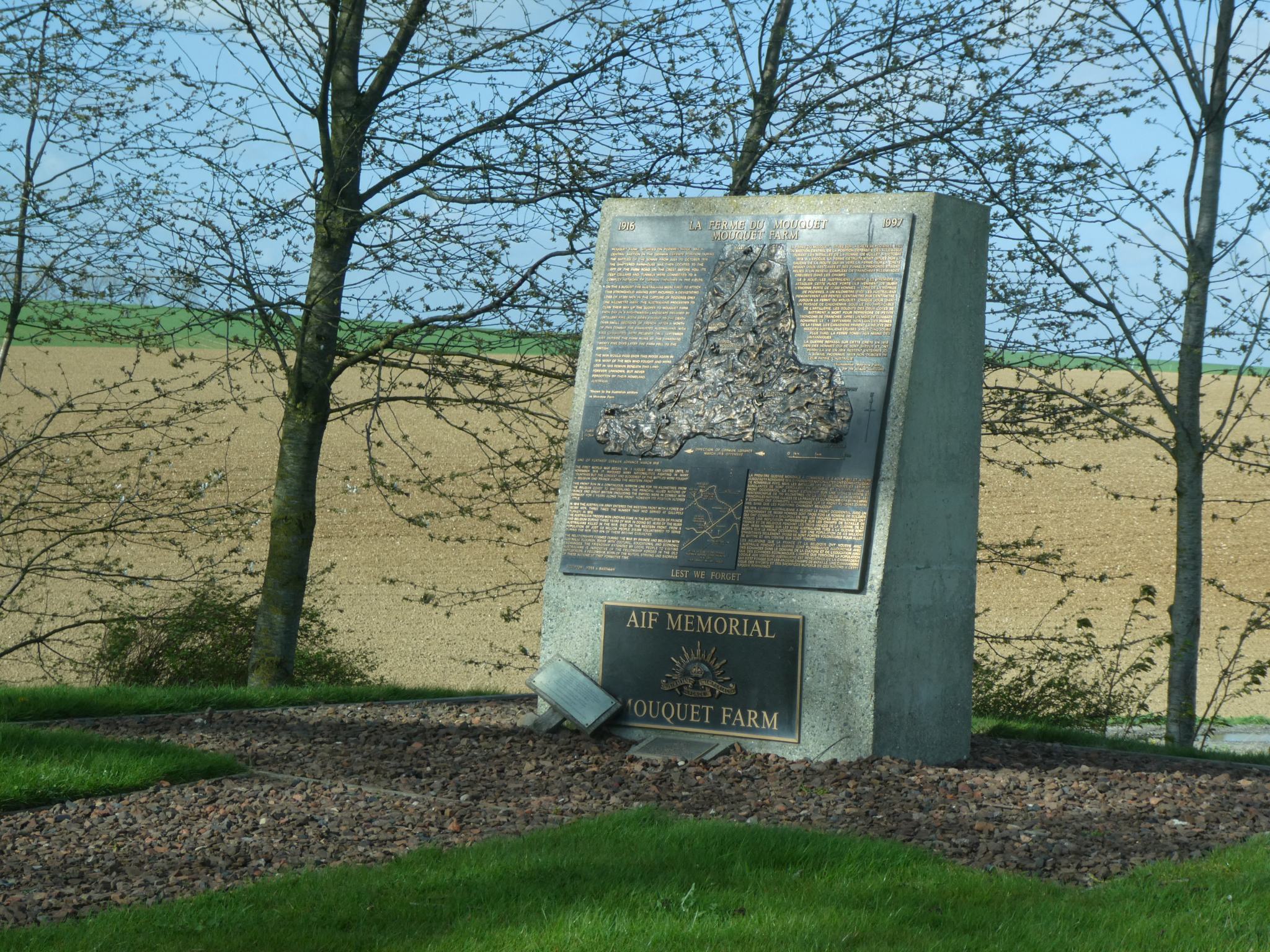 Nearby we also visited the Longueval New Zealand Battlefields Memorial unveiled in 1922 to honour the men of the New Zealand Division who fought in the first Battle of the Somme. 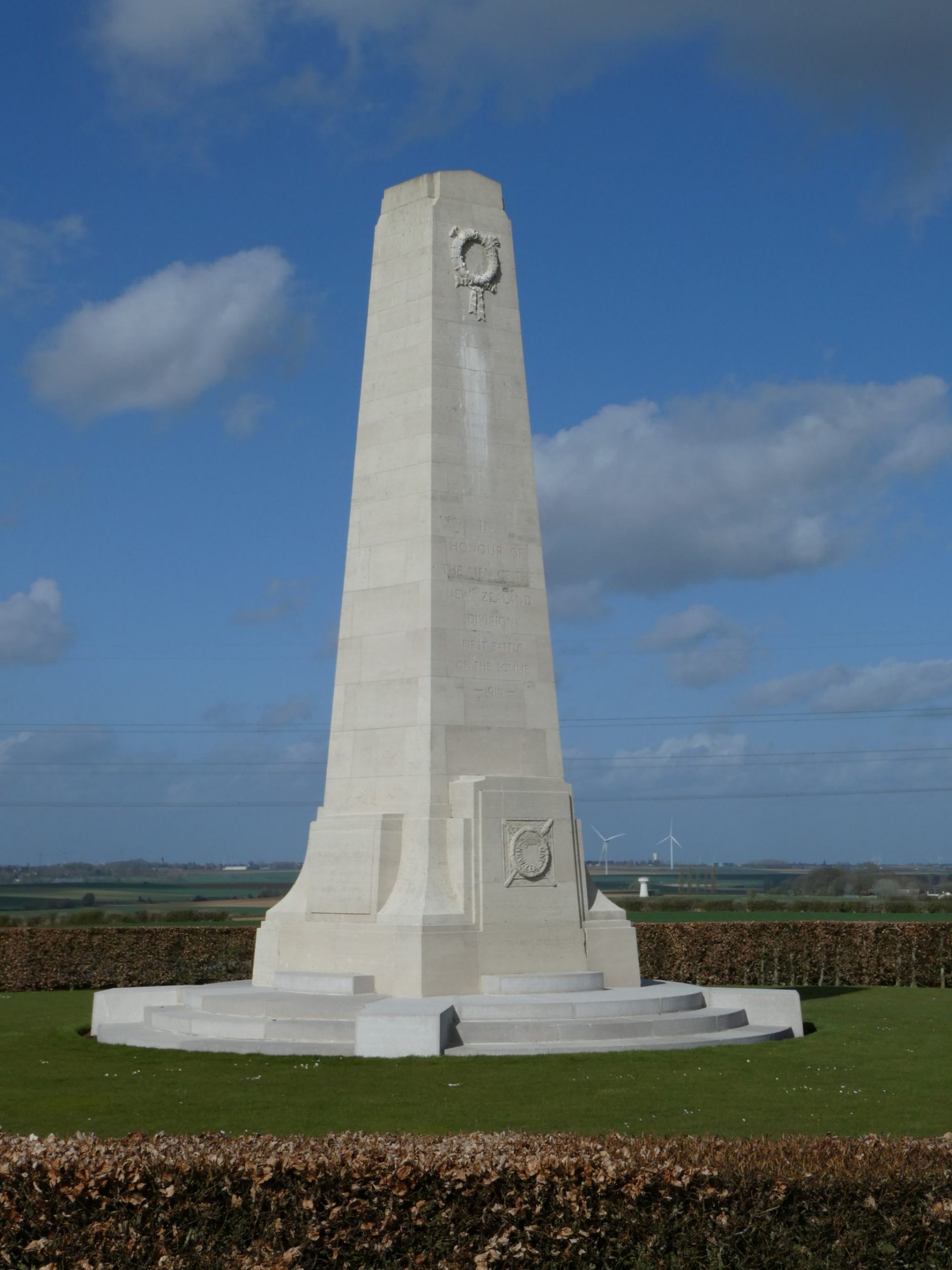 Between late 1916 and early 1918, the situation in the Somme remained largely unchanged.  Both sides were hunkered down in trenches opposing each other across a no man’s land.  Allied attempts to commence an offensive in 1917 achieved little.   A stalemate had developed.  However in early 1918 the Germans began a concerted push to seize control of France in what became known as the Spring Offensive.  Their target in the Somme area was Amiens, an important rail junction.  Capturing the small village of Villers-Brettoneaux would bring them within artillery range of the city and was therefore a major strategic objective. Thus began the second Battle of the Somme.

The 9th Australian Brigade, together with British cavalry and Canadian troops repulsed the Germans first attempt and Villers-Brettoneaux was held.  But it was not without a price.  The Australians suffered 2,400 casualties from a force of 3,500 men.

The Germans retreated but attacked again.  It began with a night time artillery barrage of mustard gas and high explosives which caused 1,000 Australian casualties.  One week later, the same again and the next morning, German troops supported by tanks, took the town.   A counter-attack was successful but with terrible casualties.  Australian troops tasked with attacking machine gun posts were mown down in huge numbers before the German positions could be subdued, and recapturing the town required hand to hand combat, street by street.  The combined British, Australian and French forces lost more than 15,500 men.

In a strange co-incidence of history, their success occurred on 25 April 1918, the 3rd anniversary of the Gallipoli landings which led to the death of so many Australians and New Zealanders.  Both countries had by then declared that date as ANZAC Day, the national day of remembrance for our fighting forces.

Fighting continued for another few days but the Germans never recovered ground.  Many historians believe this was a turning point in the war.  The ‘beginning of the end’.  On 8 August 1918, the 2nd and 5th Australian Divisions advanced from Villers-Brettoneux in the Battle of Amiens, a component of what came to be known as the ‘hundred days’, a string of Allied offensives on the Western Front which led to the collapse of the German army and the end of the war. 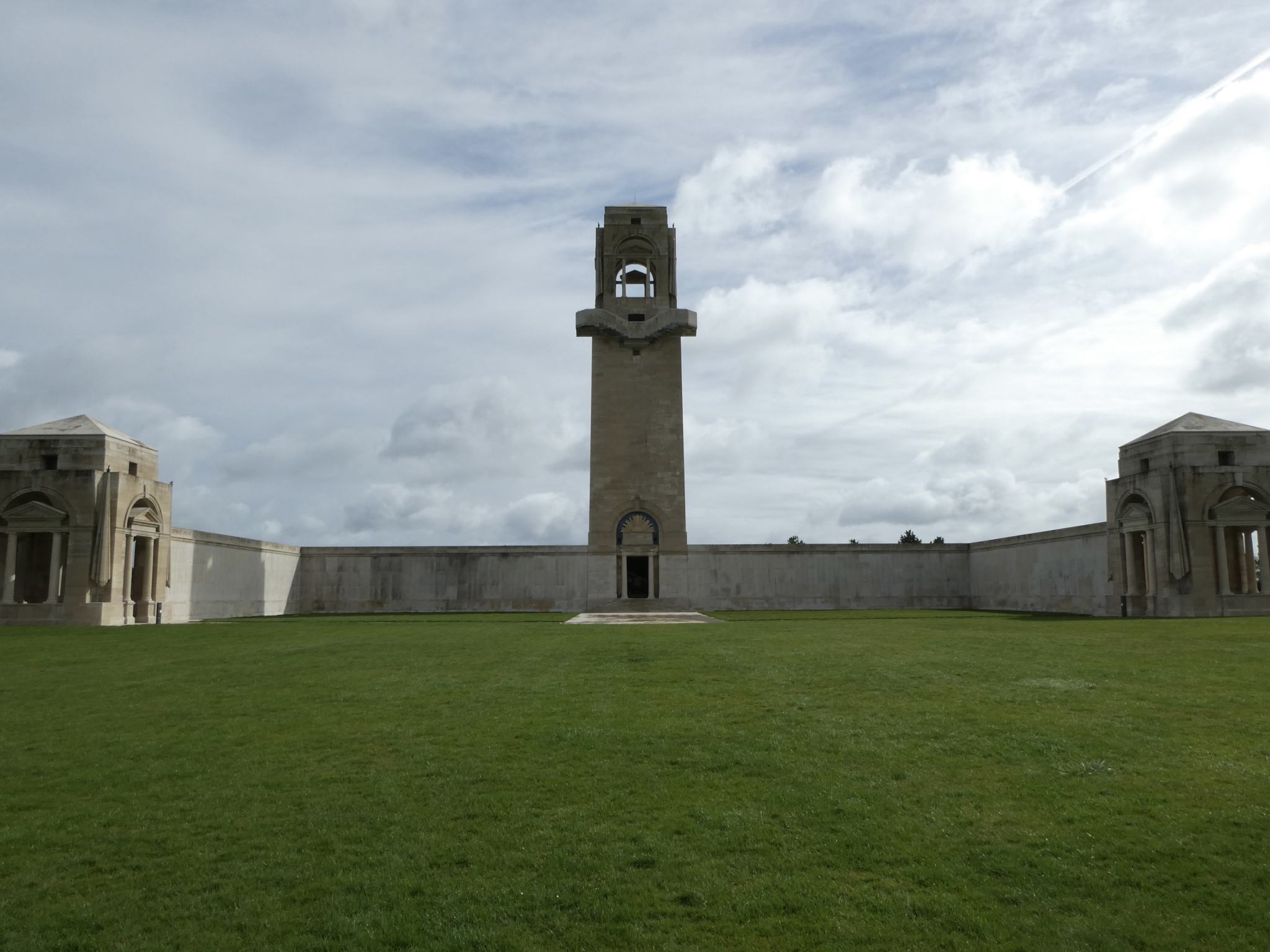 From the top of the tower, there is a sobering view over the graves of the 2,146 servicemen buried here in the Villers-Brettoneux Military Cemetery. 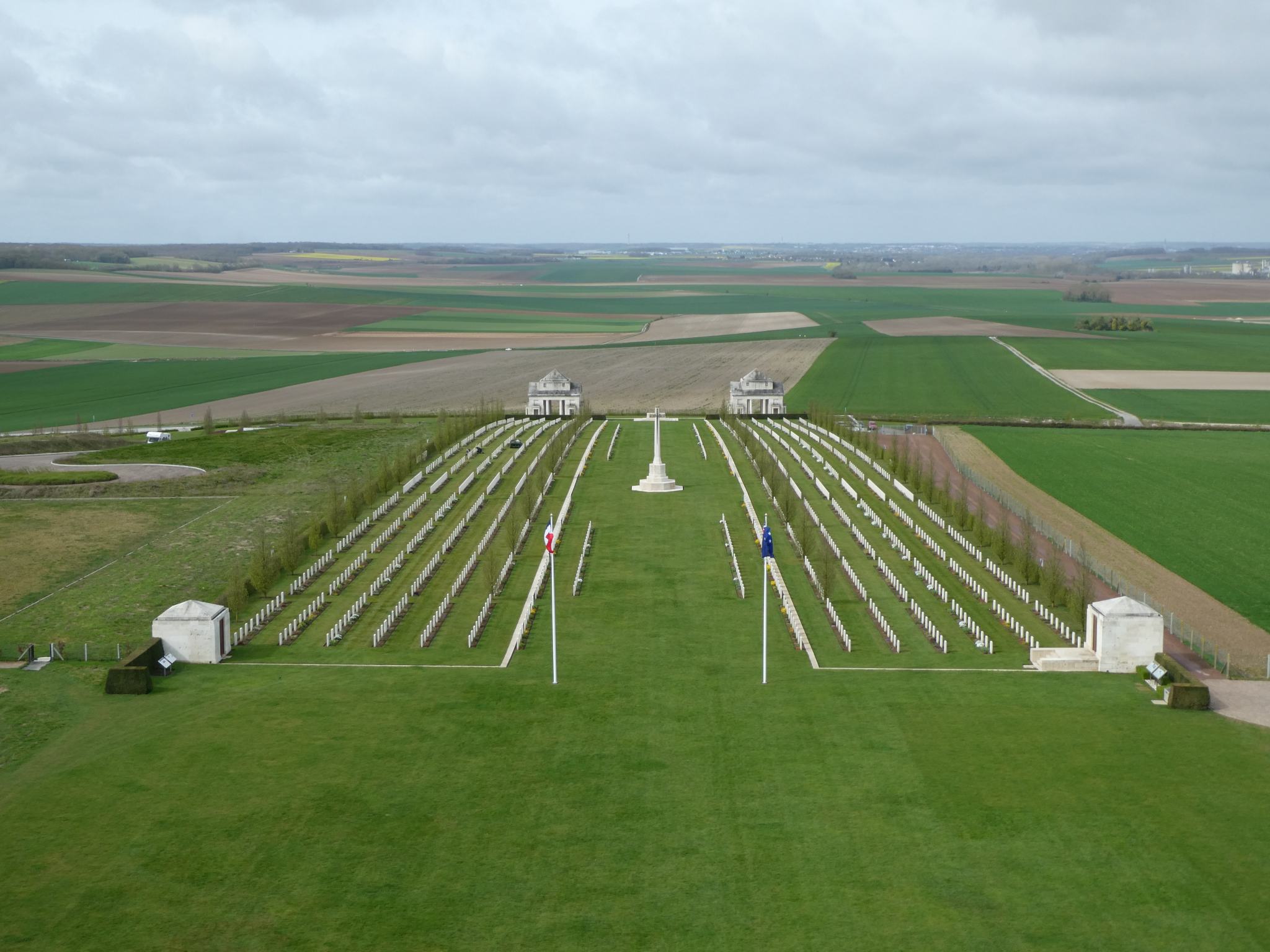 You can also see the town of Villers-Brettoneux, reduced to rubble in the war but rebuilt since. 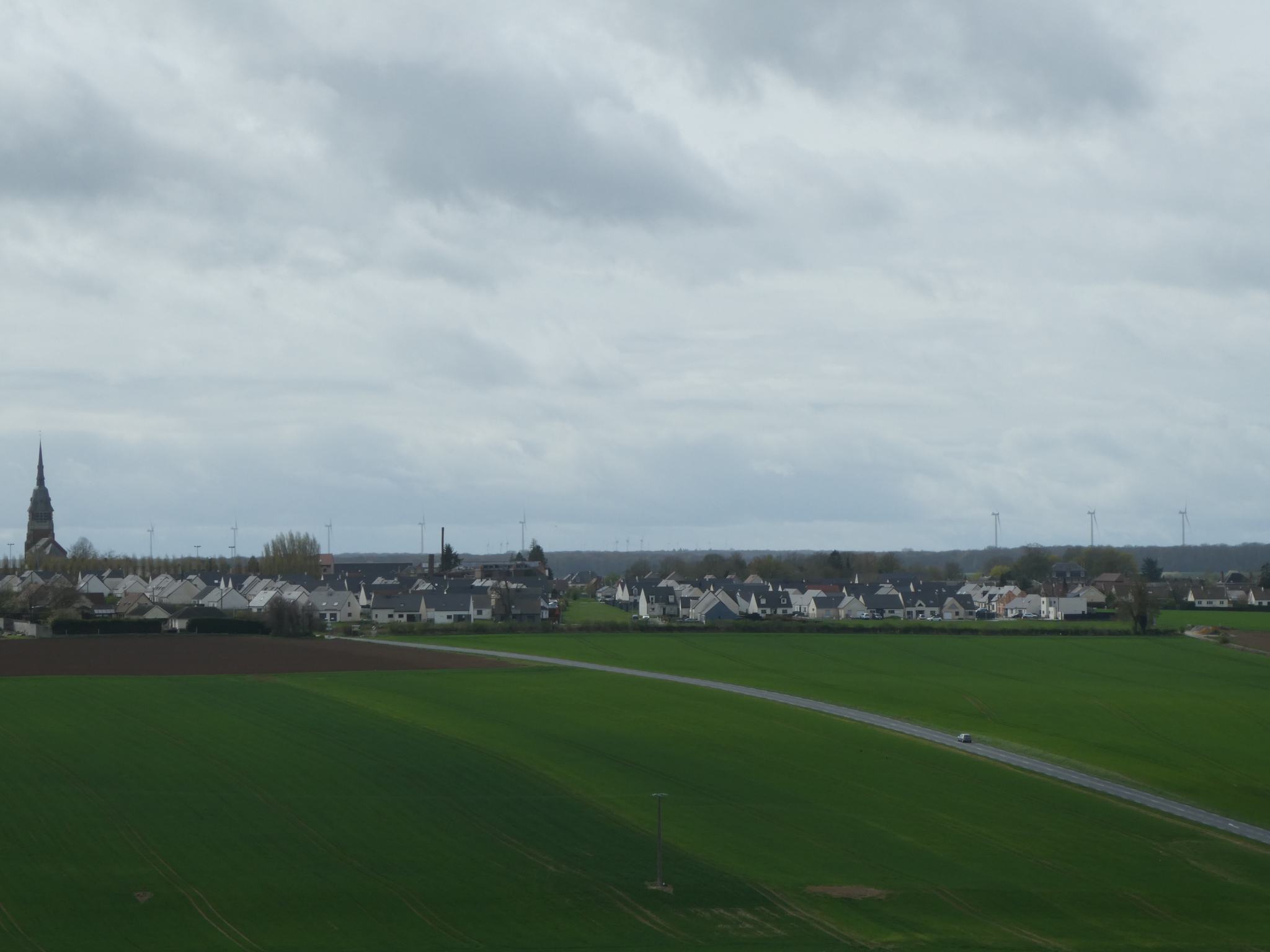 Behind the memorial is the Sir John Monash Centre.  Opened in 2018, it’s the most comprehensive museum anywhere about the Australian experience in WW1.  A step by step history of events is there if you like the minutiae, but even more compelling are the multi-media presentations which include veterans telling their own stories.  We spent half a morning there and could have spent more.

We also visited Caterpillar Valley War Cemetery which contains 5,573 commonwealth graves.  3,798 of them are unknown soldiers, which gives some indication of the horrific circumstances under which so much of the mass slaughter occurred.  214 known New Zealanders are buried here. 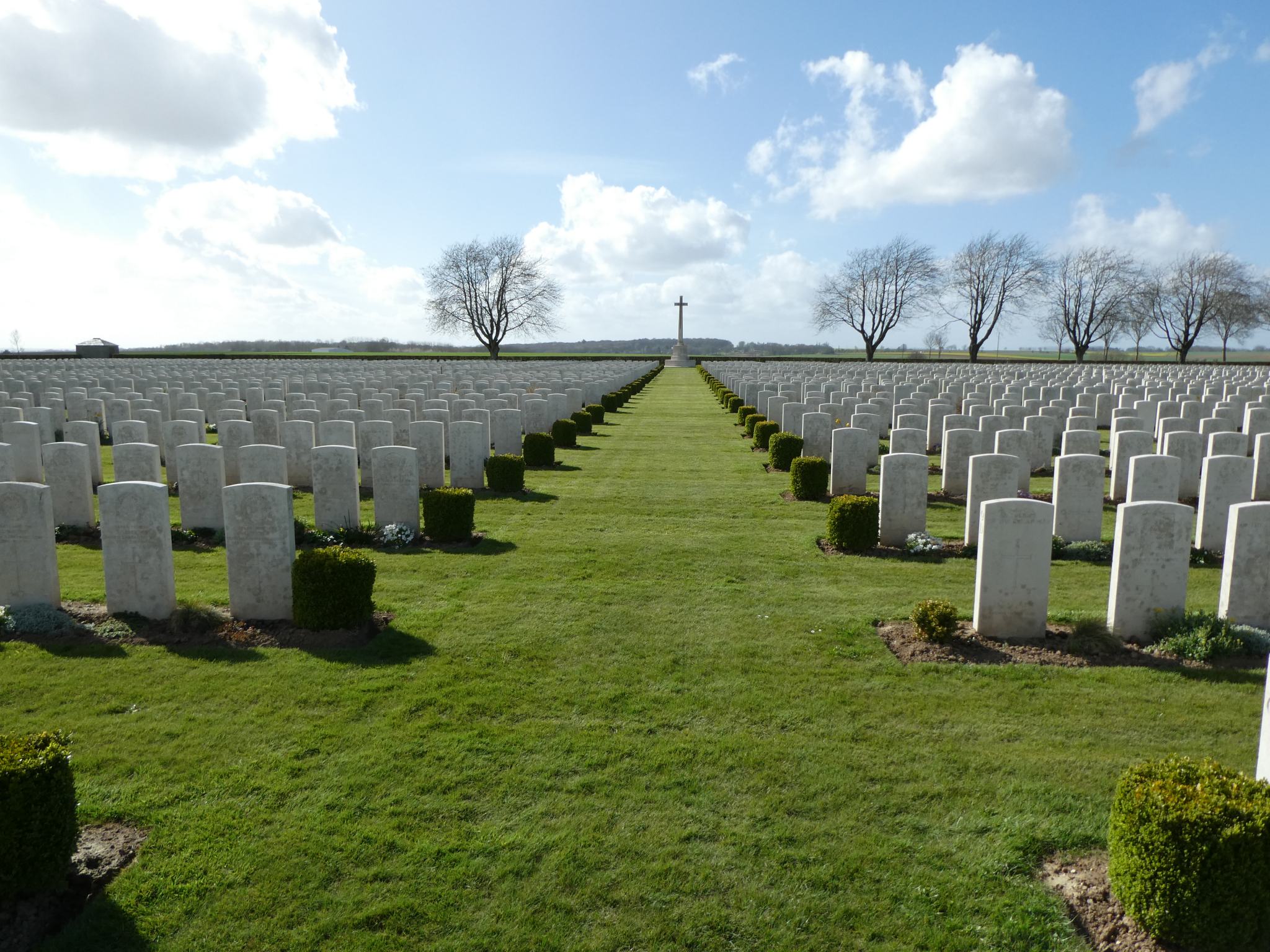 On one side of the cemetery the Caterpillar Valley (New Zealand) War Memorial honours the more than 1,200 New Zealand officers and men who died in the Battle of the Somme and whose graves are unknown. 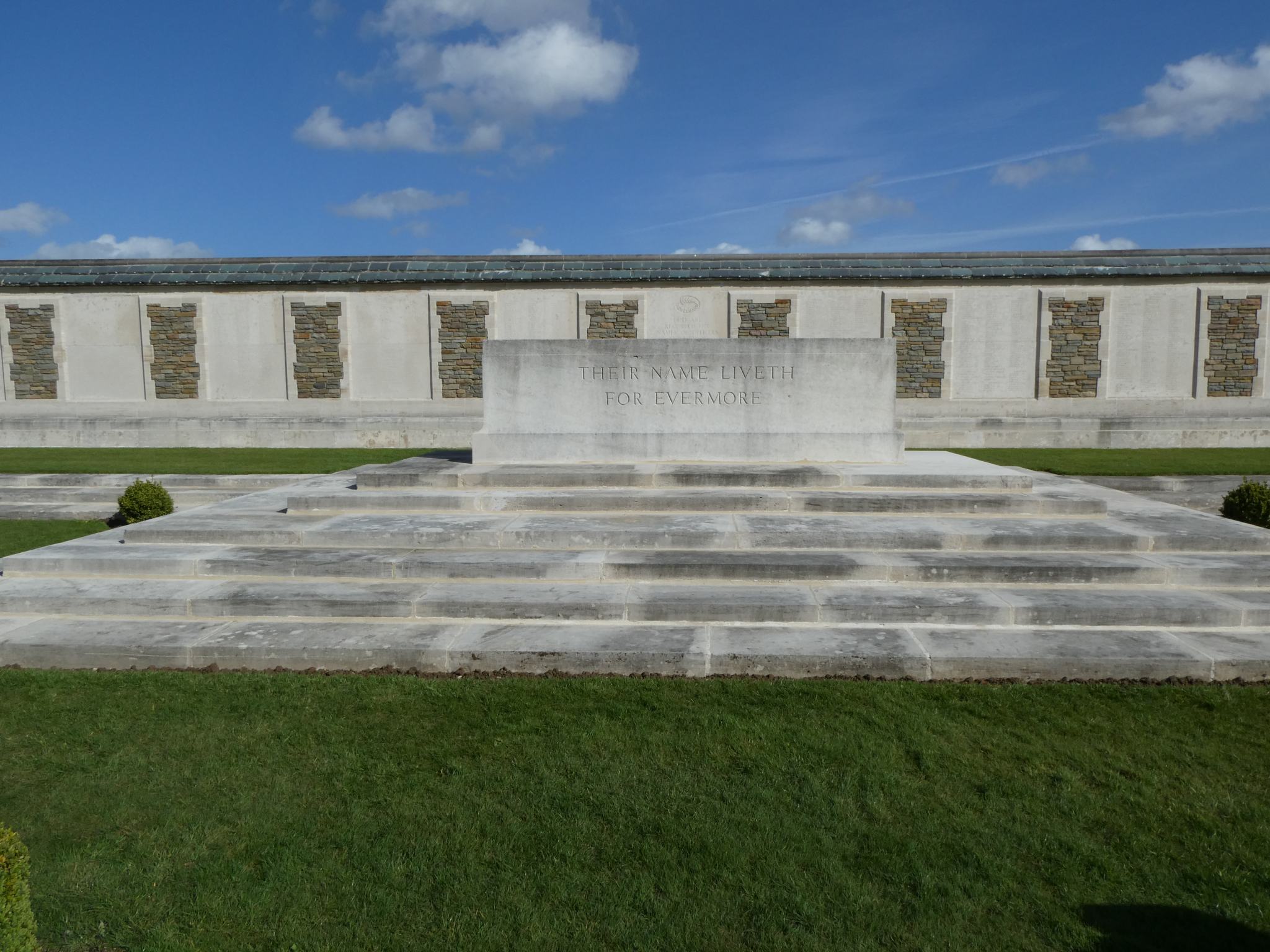 And in 2004 the remains of one unknown New Zealand soldier were exhumed by the Commonwealth War Graves Commission and repatriated to be laid to rest within the Tomb of the Unknown Warrior at the National War Memorial in Wellington, NZ.   A plaque indicates the site of his former grave. 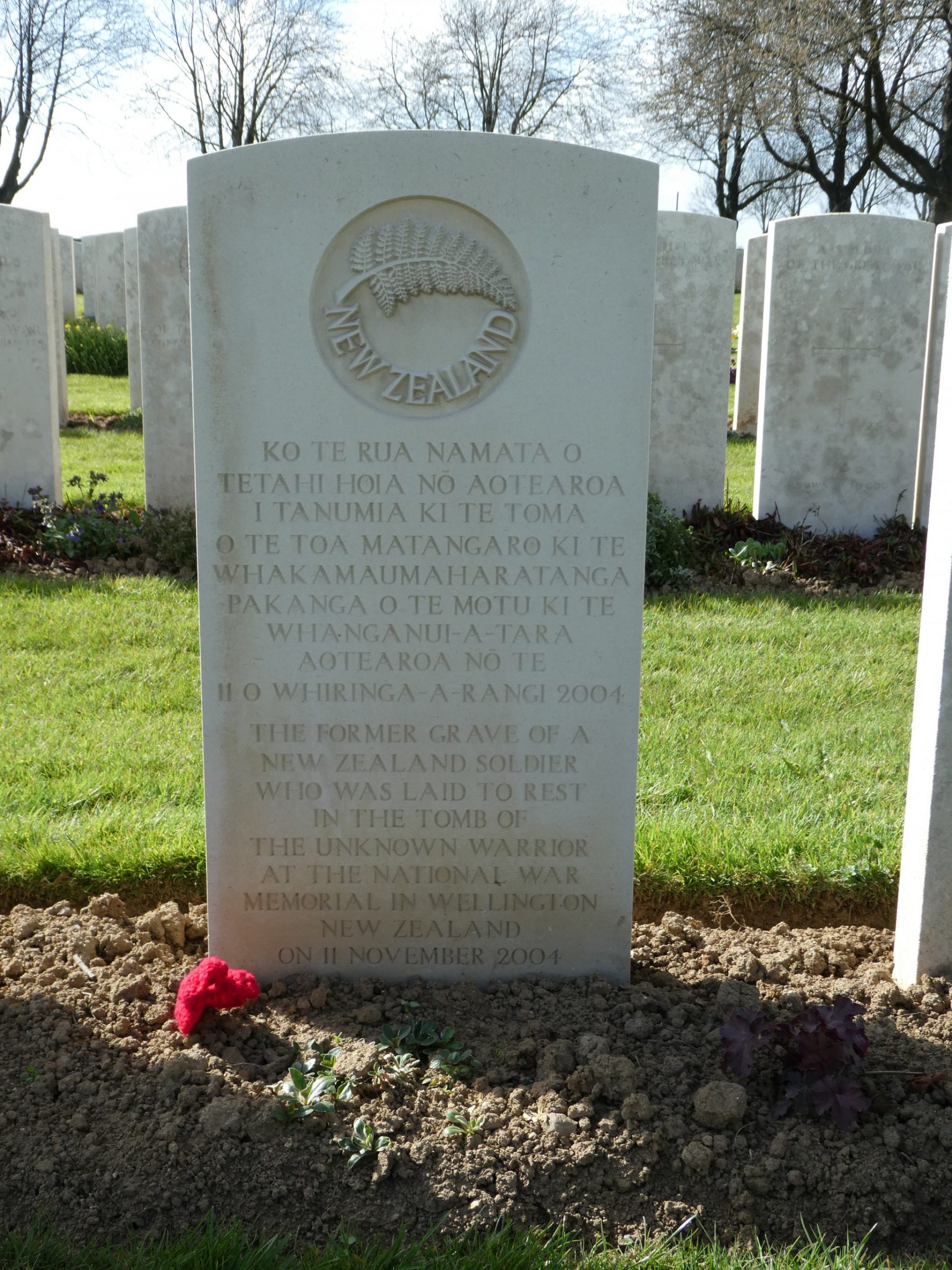 We visited these sites with the services of a private guide, Olivier Dirson who operates under the name Chemins D’histoire Battlefield Tours.  Olivier runs specialised British, Canadian, Australian and New Zealand tours.  He combined the key features of the Australian and NZ tours for us given our interest in both.  He was incredibly well informed and a great guide.

As well as the cemeteries and memorials we also stopped along the way and saw examples of craters created by shelling which have never been filled in, left intact as a reminder. 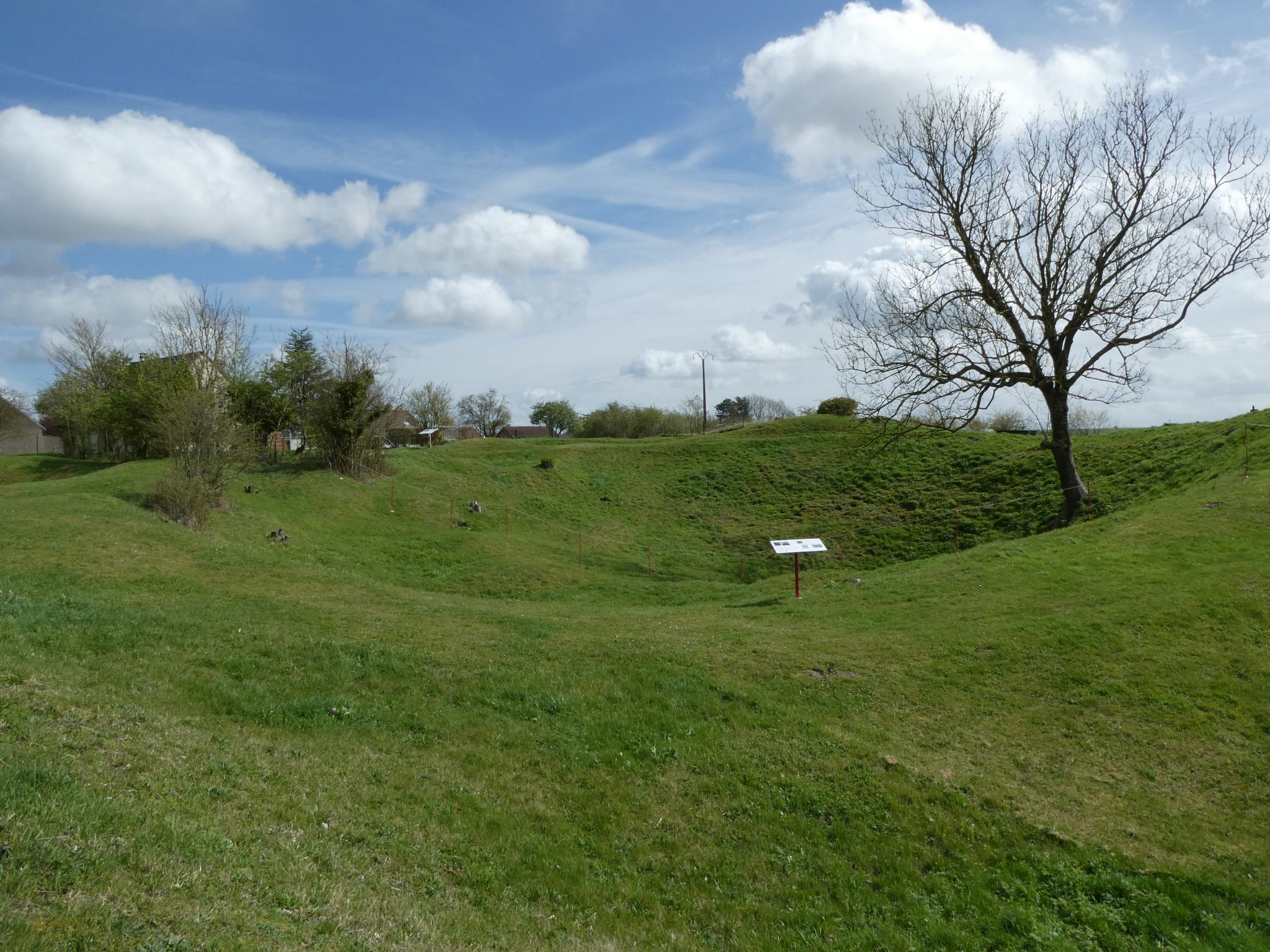 We also stopped at Newfoundland Park of Beaumont-Hamel where a trench system has been preserved to give visitors a better understanding of the tactics and operation of the trenches. 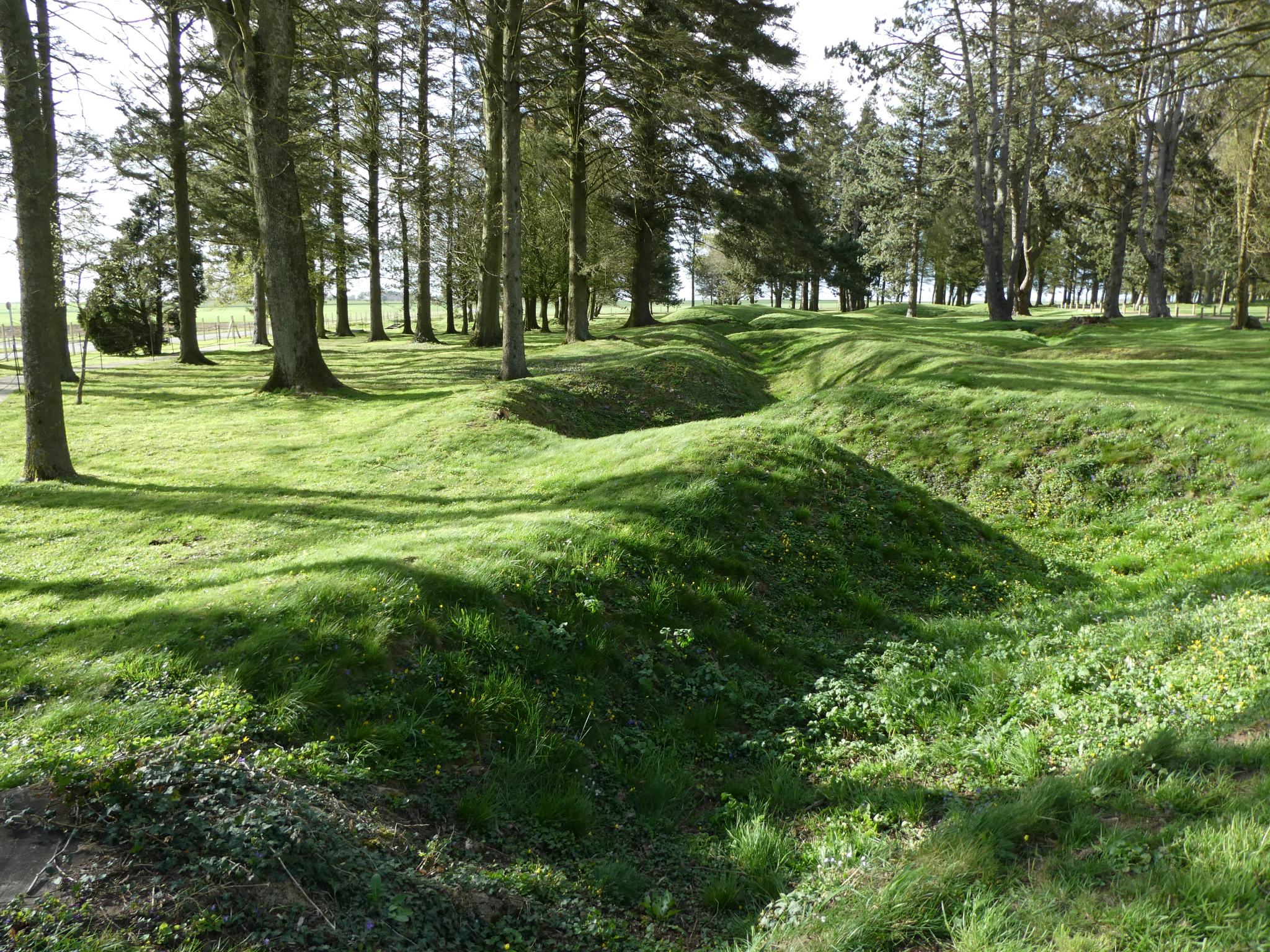 Perhaps what is most striking of all, though, is the sheer number of small war cemeteries dotted across the landscape.  Although some cemeteries, such as Villers-Brettoneux contain the dead of several different battles, it was a common practice of the Allies in the First War to establish cemeteries close to the field of action where men had died.  As a result, as you drive through the countryside there are many, many small cemeteries.  In fields, on the edges of villages,  seemingly around every corner. 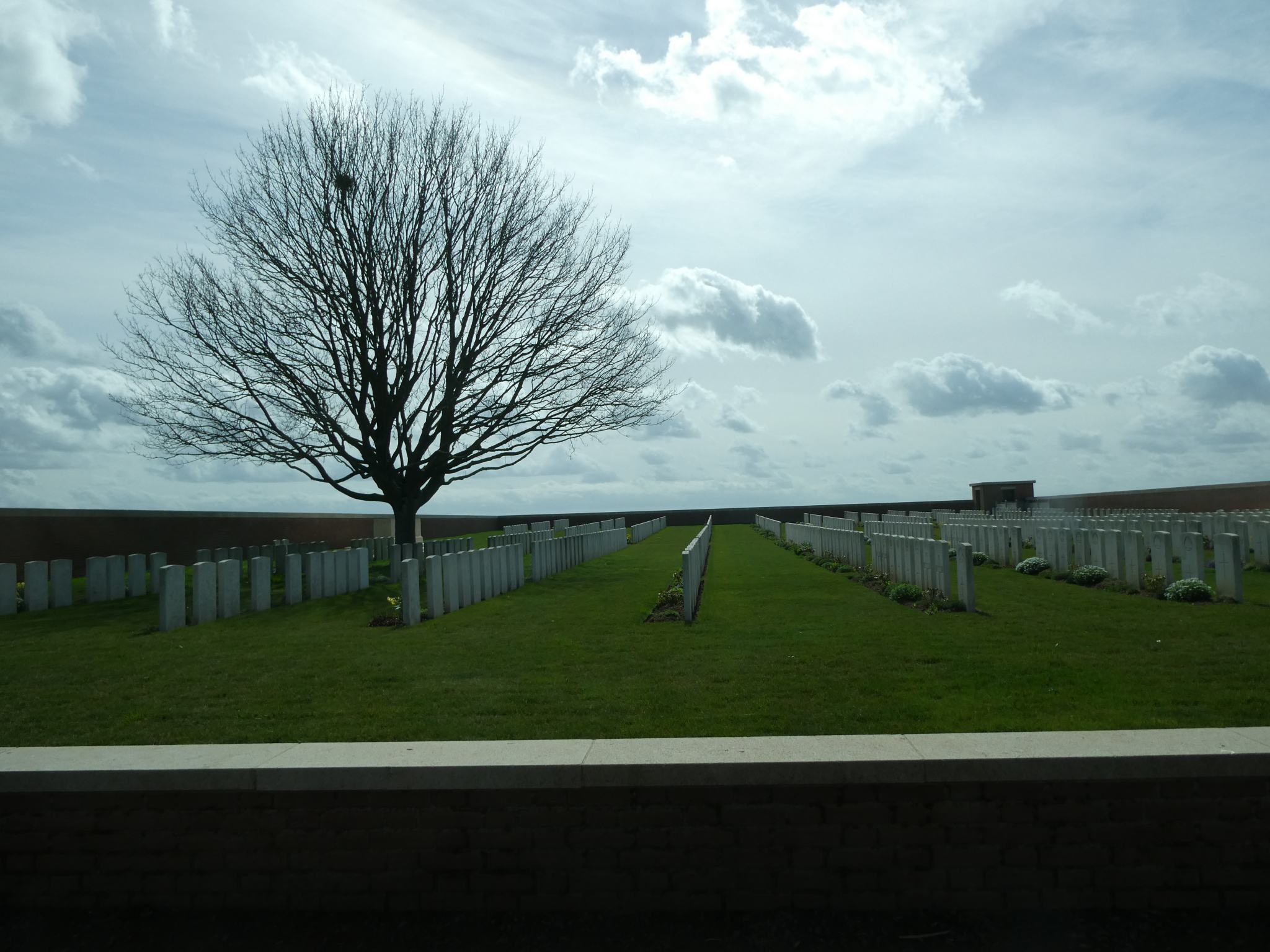 These little cemeteries are not ‘famous’ for anything in particular, just a stark reminder that the meglomania and territorial ambition of political leaders far from the battlefields has a price.  And that price is the lives of ordinary men and women.

A fact that current events in Europe demonstrate has not changed.