At 3,359km, Vancouver to Toronto is North America’s longest continuous rail journey.  Without the Vancouver to Jasper leg – which we’d done on the Rocky Mountaineer – it’s still 3,000km, 5 provinces, 3 time zones, 72 hours continuously on the train.  Were we mad?  Only time could tell.

The train was scheduled to leave Jasper at 12.30pm.  Notorious for being late as it has to give way to freight trains, we finally train-surfed out of the Rockies around 2.00pm. 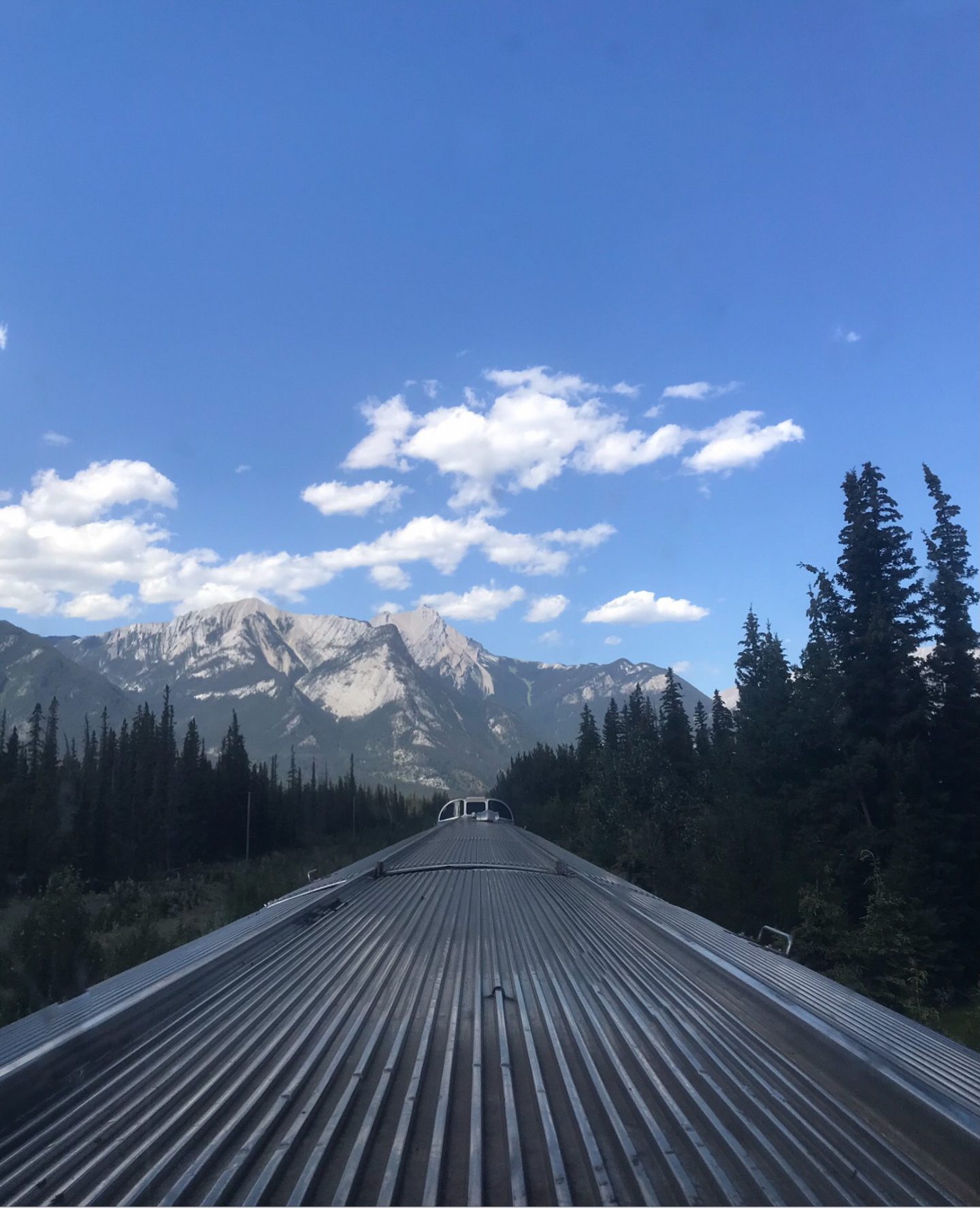 We trundled along smoothly.  Our sleeper cabin was compact but comfortable.  You could swing the chairs around for a better view too.  Probably couldn’t swing a cat in there though. 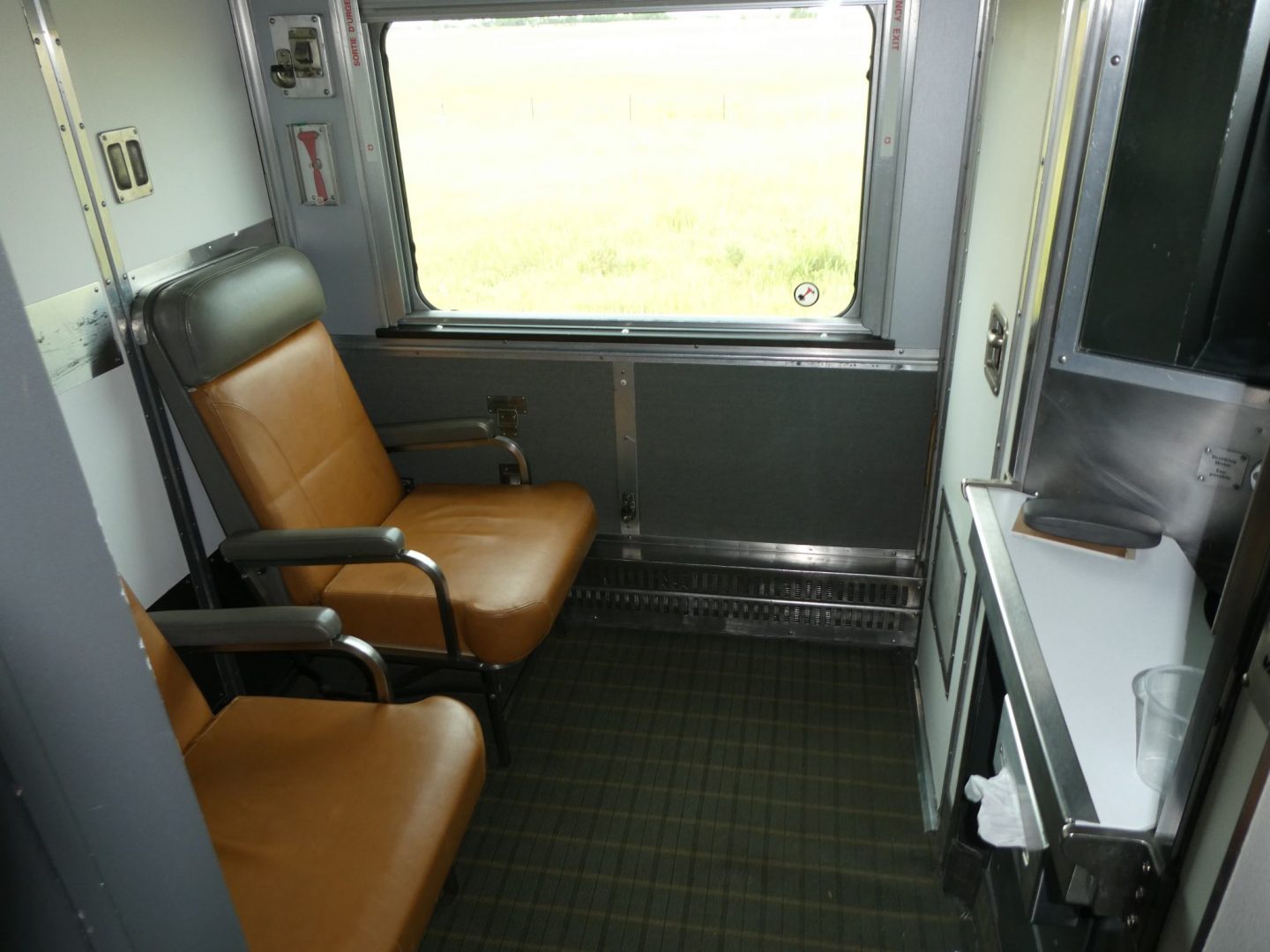 Sleeper class travellers also have access to a regular carriage with booth style seating and two Skyline cars with a glass dome experience a la the Rocky Mountaineer.  Plenty of options to move around. 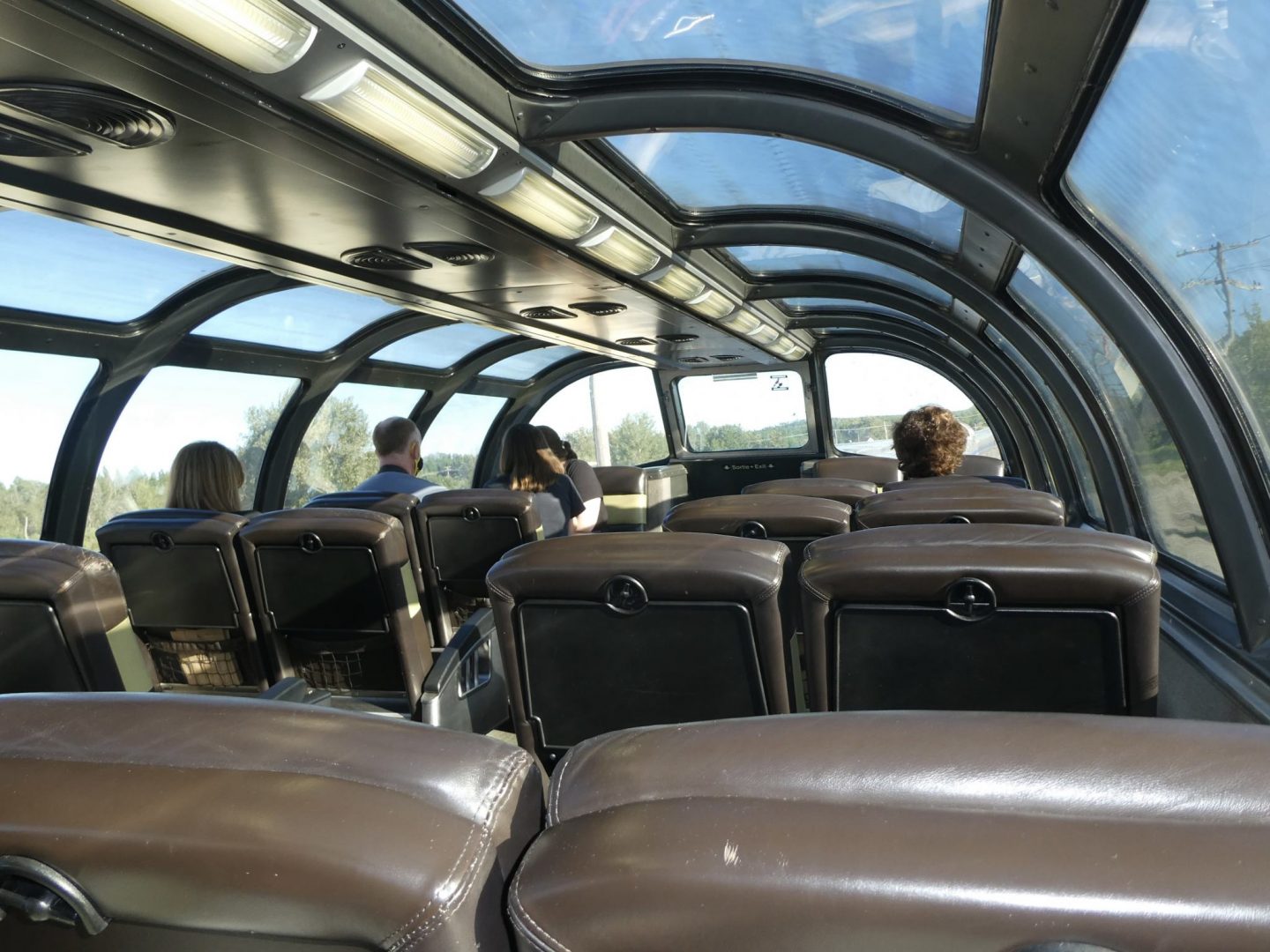 Cooked breakfast and three course lunches and dinners served in the dining car are included in the ticket price.  The meals were pretty good given the constraints of cooking on a train. 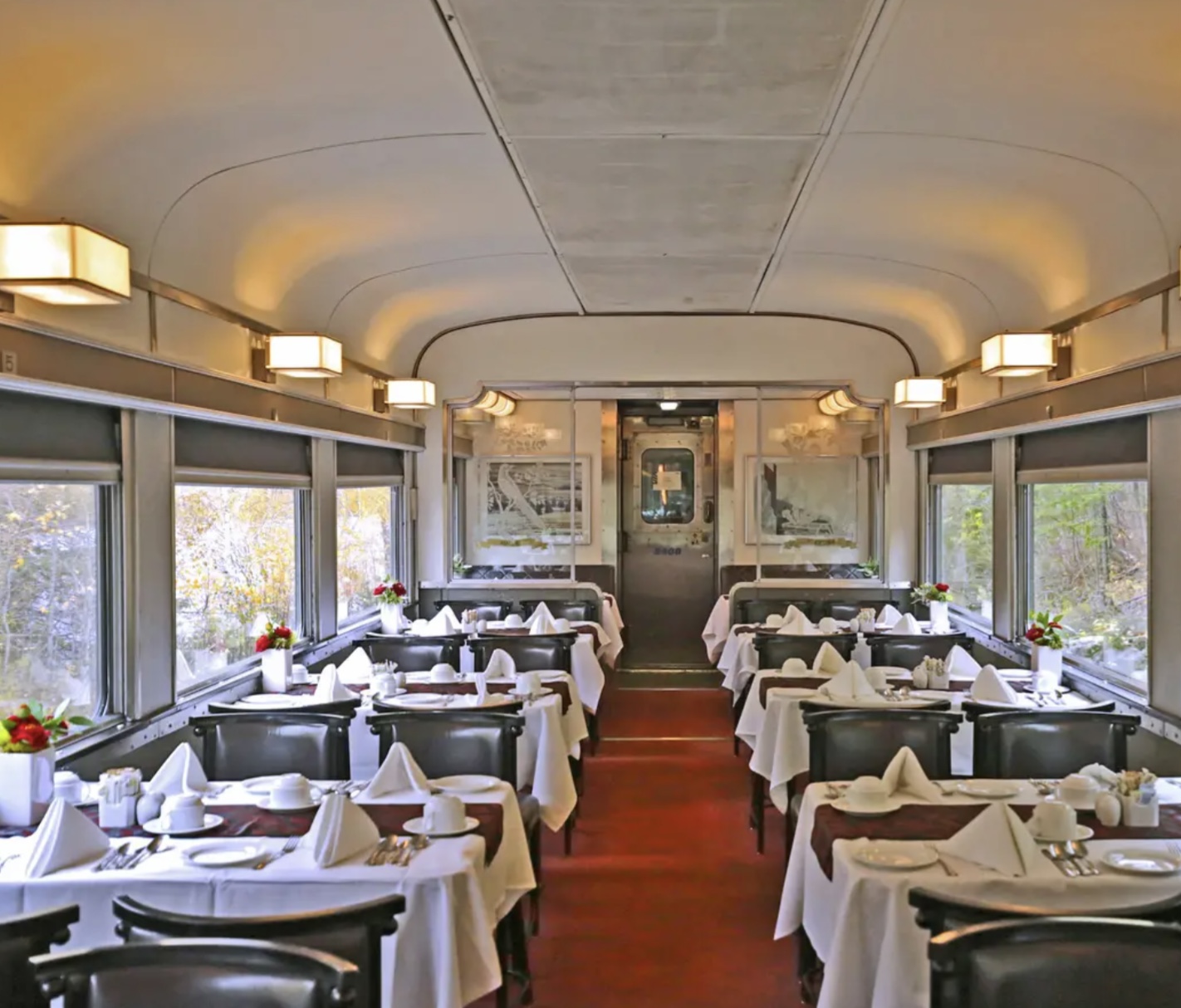 While you have dinner, a helpful carriage attendant converts your cabin to two spacious bunks with good mattresses and pillows.  The chairs fold down and slide under.  The cabin has it’s own toilet and there’s a hot shower at the end of the carriage.  Fluffy towels and toiletries are provided.  The beds were surprisingly comfortable and we both slept well.

We woke the next morning to find we were on the Saskatchewan plains.  Legendary for being vast and completely flat, on four seperate occasions since then when we mentioned the journey, Canadians told us the old joke that “it’s so flat in Saskatchewan, you can spend hours watching your dog run away”.  It was pretty funny the first time. 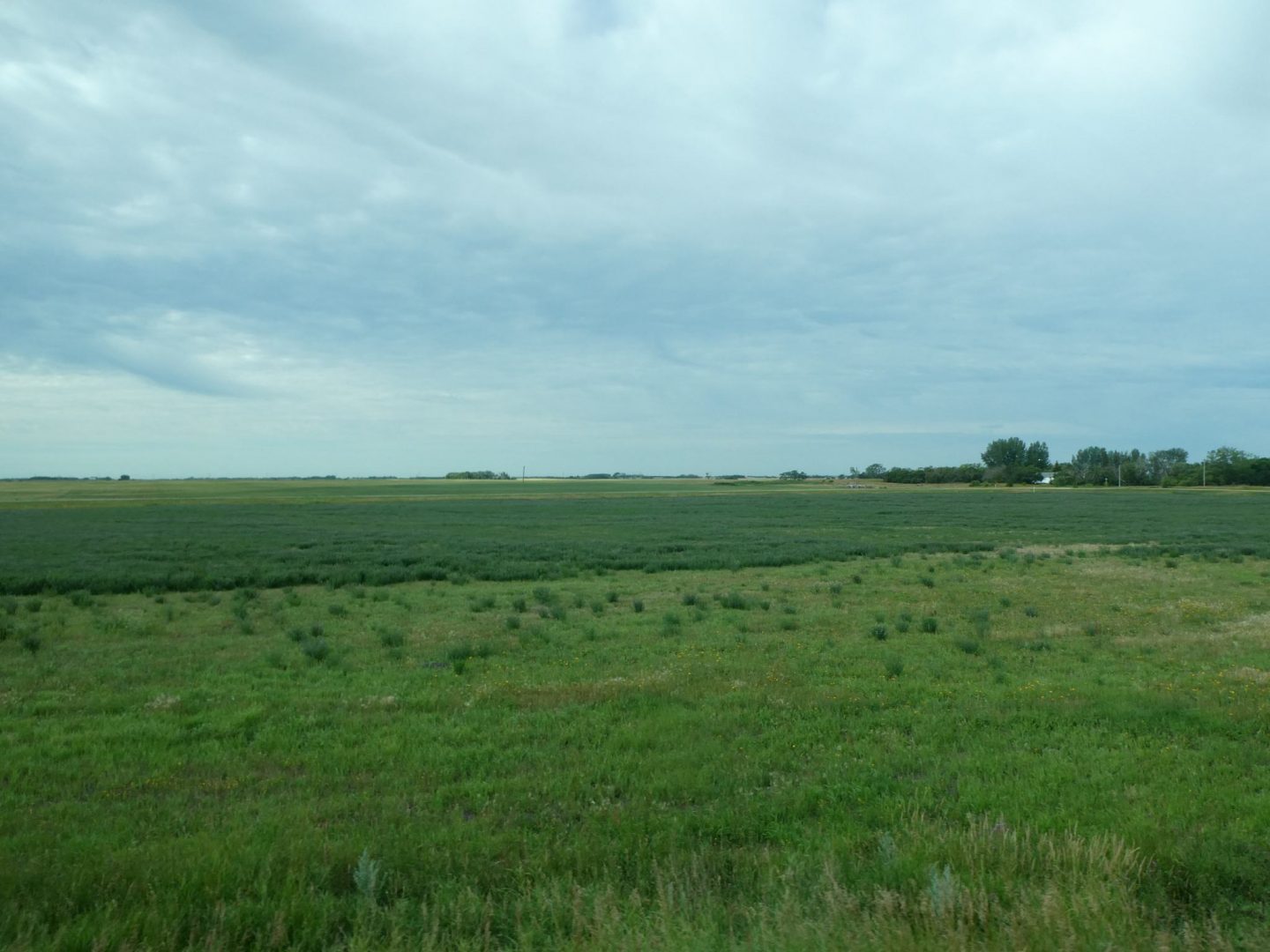 But not wrong.  The plains went on and on and on for the whole day.  Almost hypnotic to watch.

With no wifi and no phone reception we had absolutely no idea where we were.  The train randomly stopped, sometimes for what seemed like a long time, to allow freight trains to pass.  We couldn’t tell if it was running on schedule, but it didn’t matter.  We were being well watered and fed, and there was nowhere we needed to be anytime soon.

At 10pm we arrived in Winnipeg.  The train stopped for a while and there was wifi at the station.  A leg stretch and a connection to the outside world! Woohoo.

Then back on the train.  Next morning we awoke to a completely different scene.  We’d entered a wet, green land.  Guess we’re not on the plains anymore, Toto.  The view out the window looked like this all day. 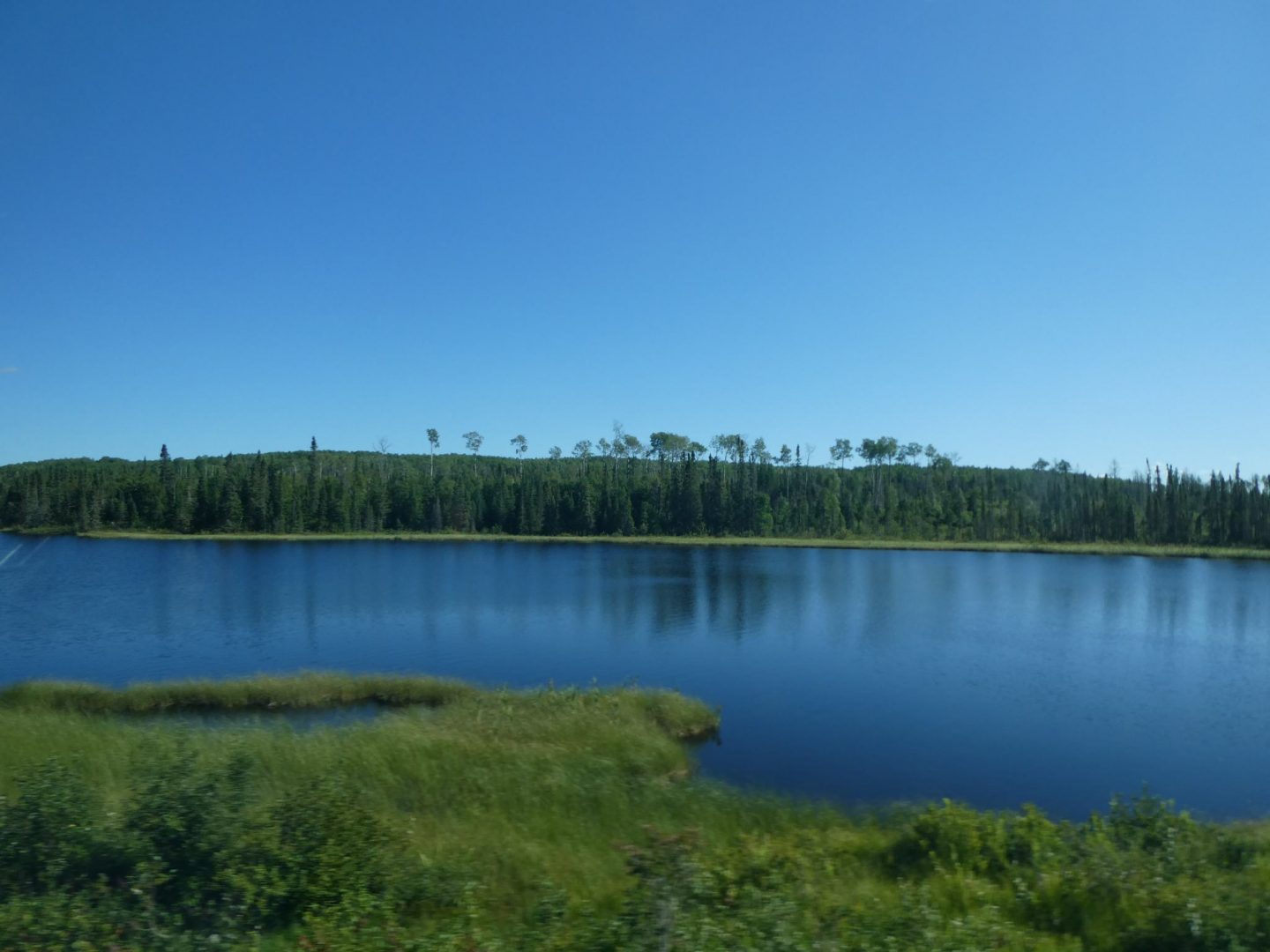 Late afternoon we stopped in the tiny town of Hornepayne.  According to a sign it’s the geographical centre of Ontario.  OK, we’ve reached Ontario then.  Toronto is in Ontario – are we close?  No, another 20 hours to go.  This is indeed a very big country. 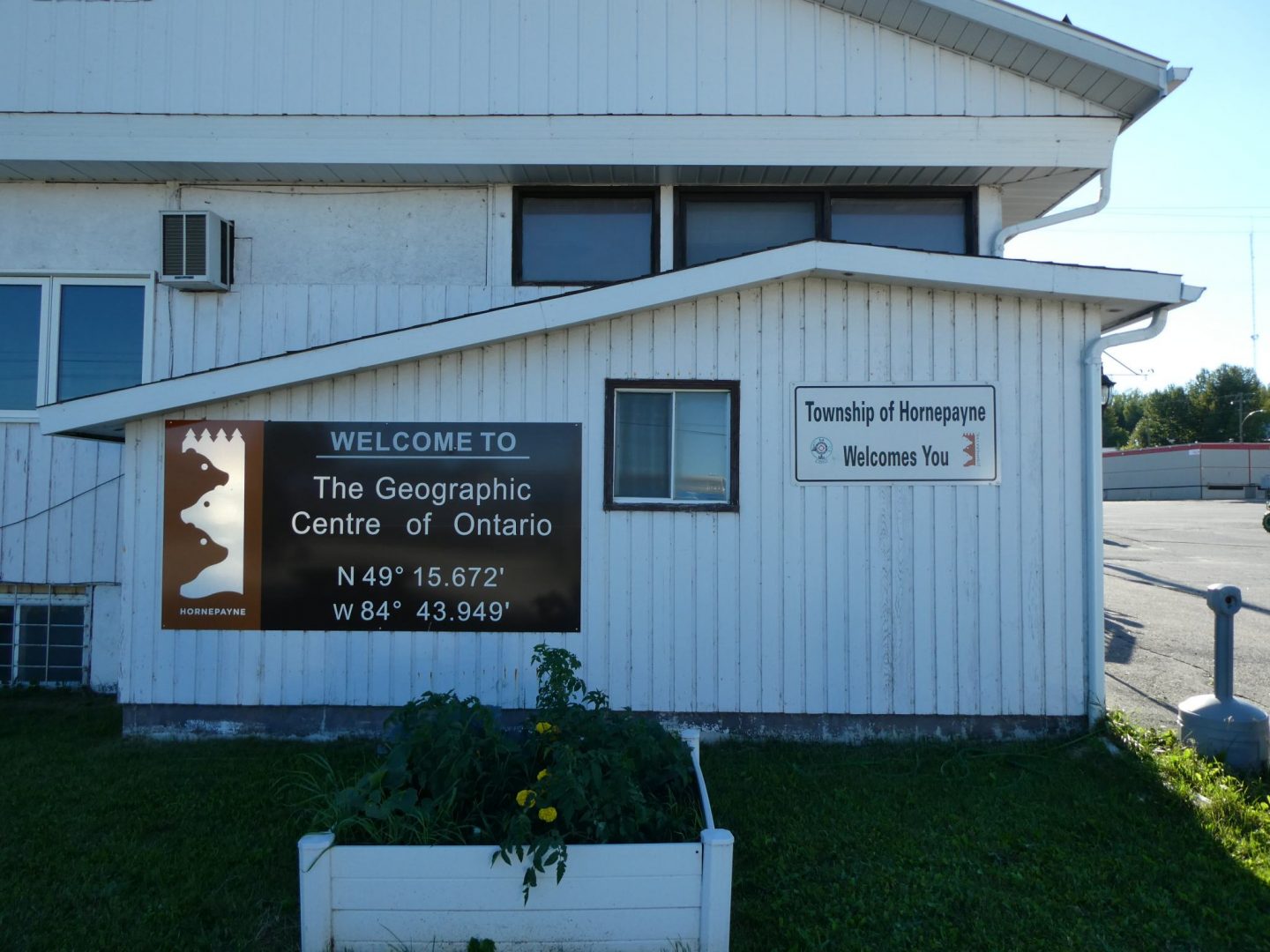 Night three, still sleeping well.  We were loving it.

Next morning we started getting announcements about arrival time in Toronto.  They must know from experience that passengers will start to get restless.  The only problem – the estimates swung so wildly that after about the fourth ‘update’ it became clear that even the rail operator had no idea.  No problem for us, but if you had onward arrangements or were being picked up, it would have been very frustrating.  Anyway, we eventually rolled into Union Station, ironically about 30 minutes ahead of the scheduled arrival time of 2.45pm.  Maybe they know what they are doing after all! 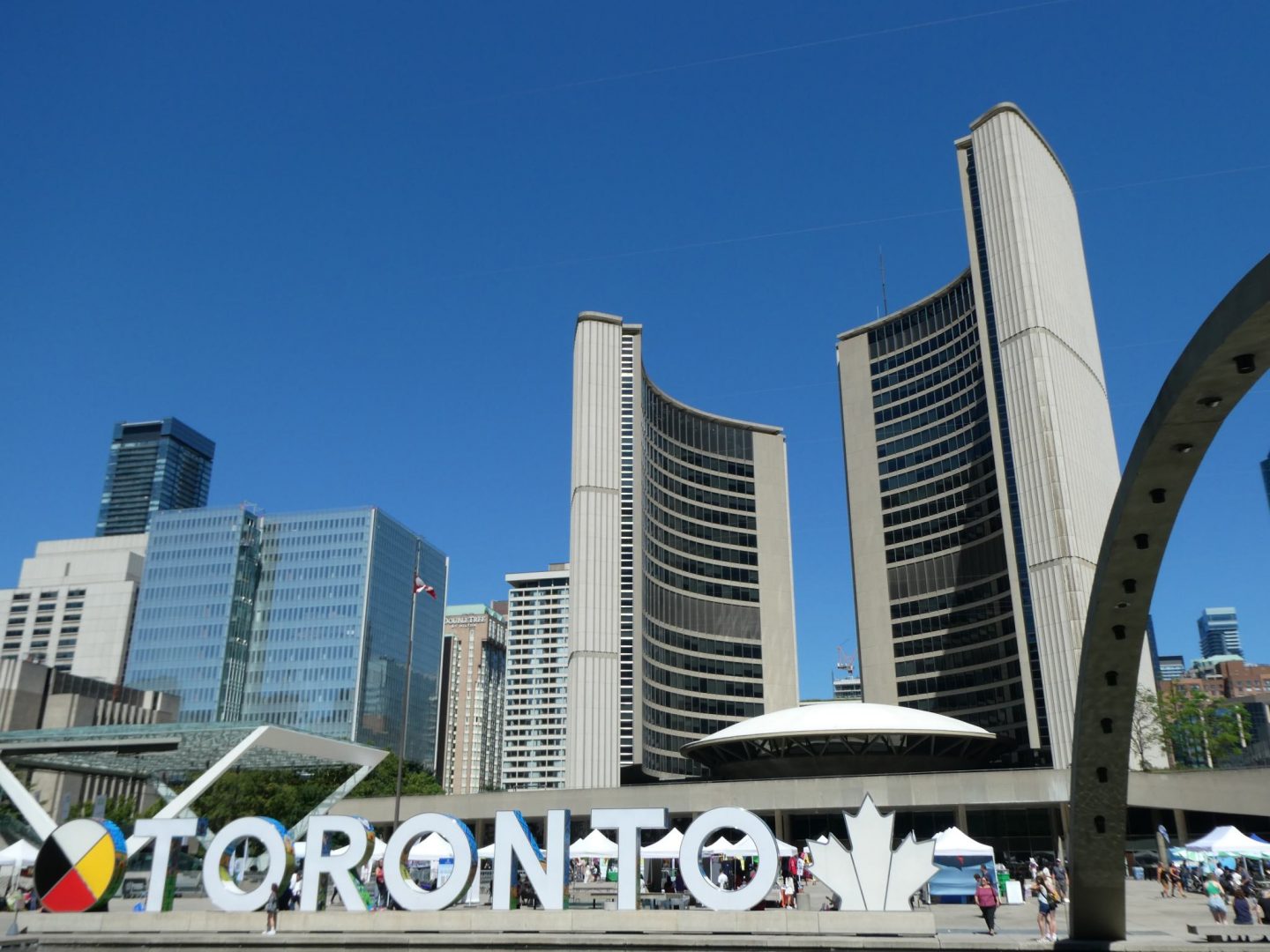